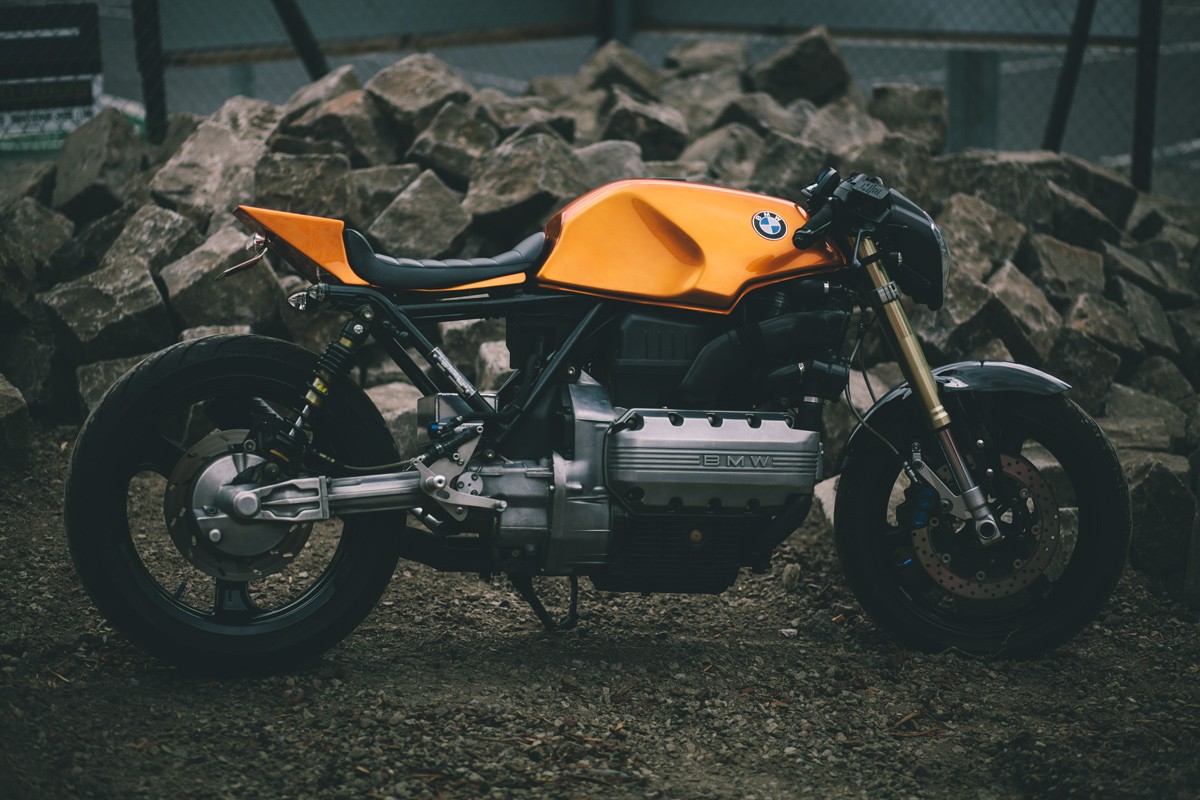 The Hornet – a machine that received it’s namesake both from it’s colour, hornet orange, and its owners history flying F-18 fighters in the RAAF. This is an aggressive machine that sits between being a street fighter and a café racer, and touches on both modern and classic. 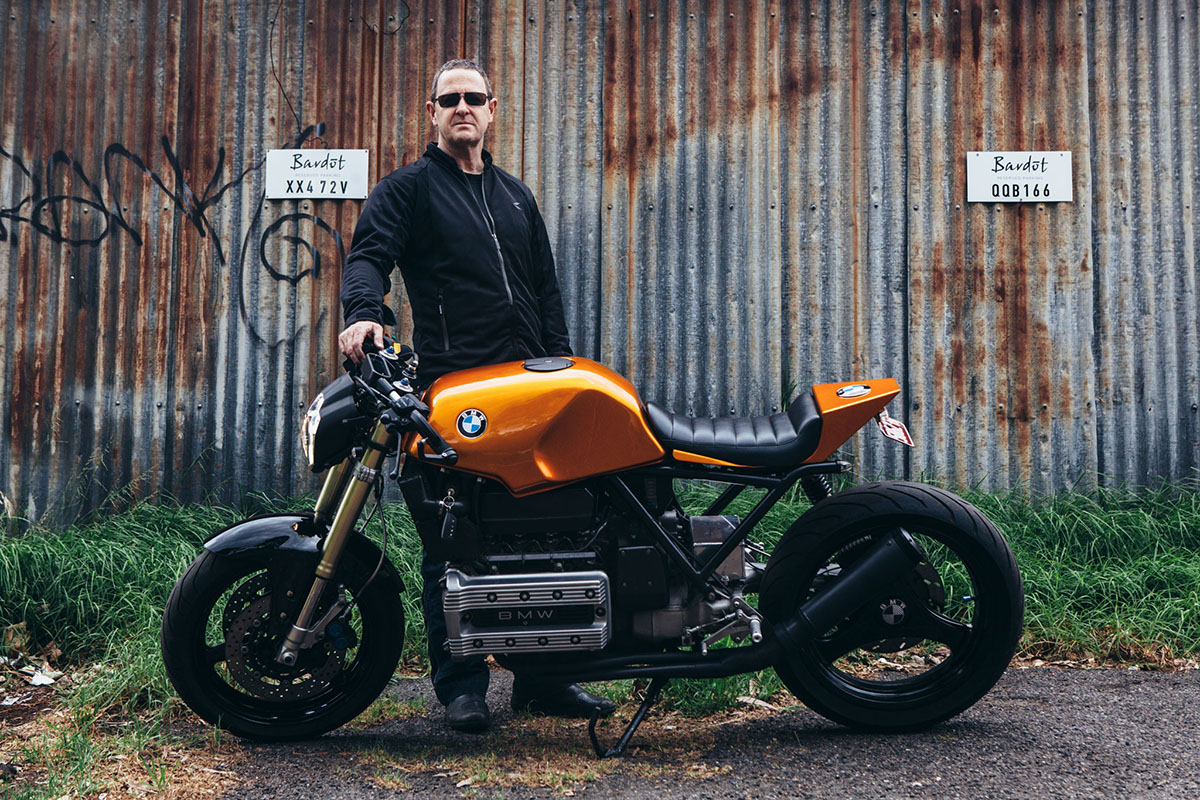 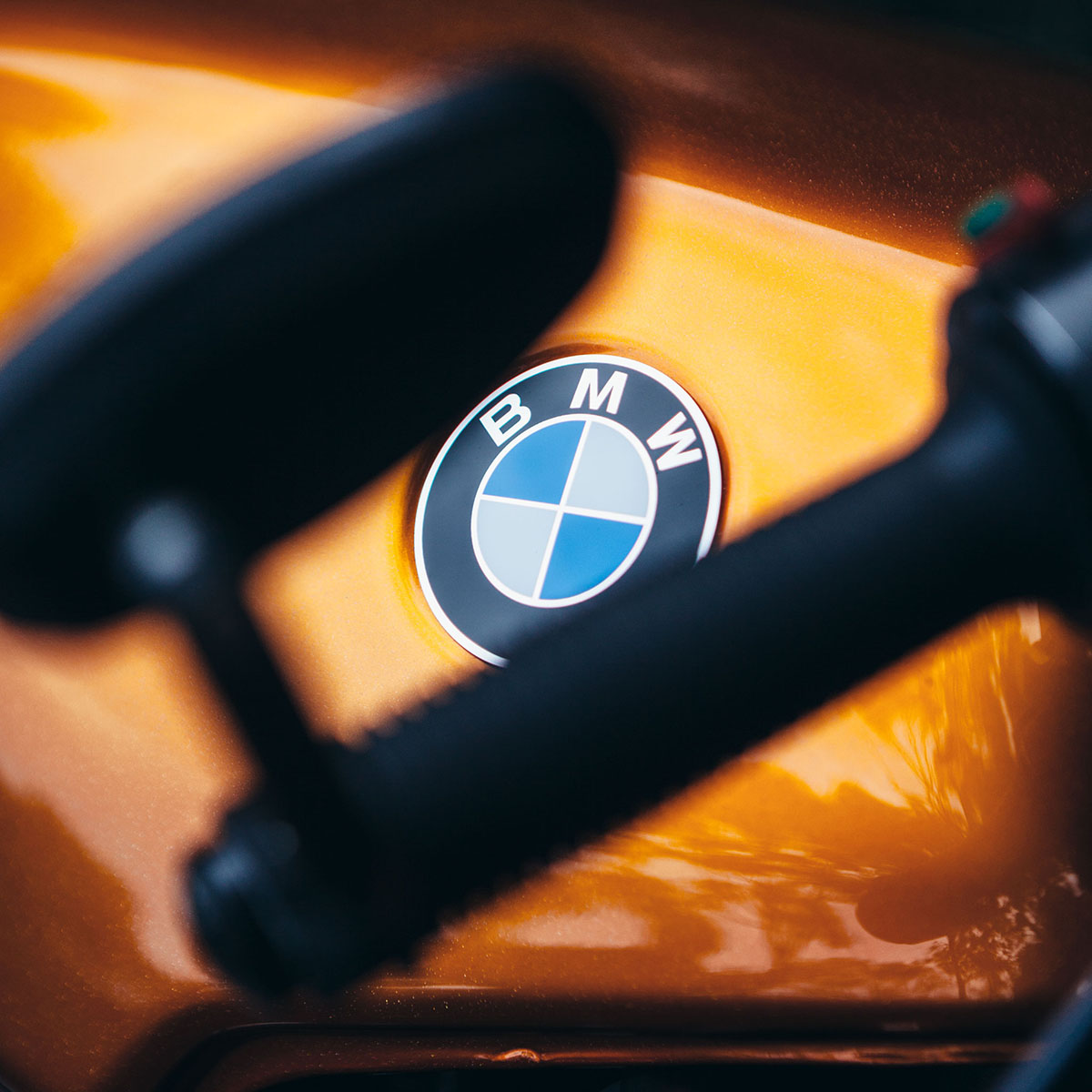 Paul has been riding since he was a young lad, living in country New South Wales. “I could ride out of my back yard to go 100km in any direction on bush tracks. I graduated to a Honda TL125 then a Husqvarna 175.” As he grew up, so did his machines, and after 9 years in the RAAF flying Mirage and F-18 Hornet fighters, he’s now a Captain on the Airbus A330 in Qantas. 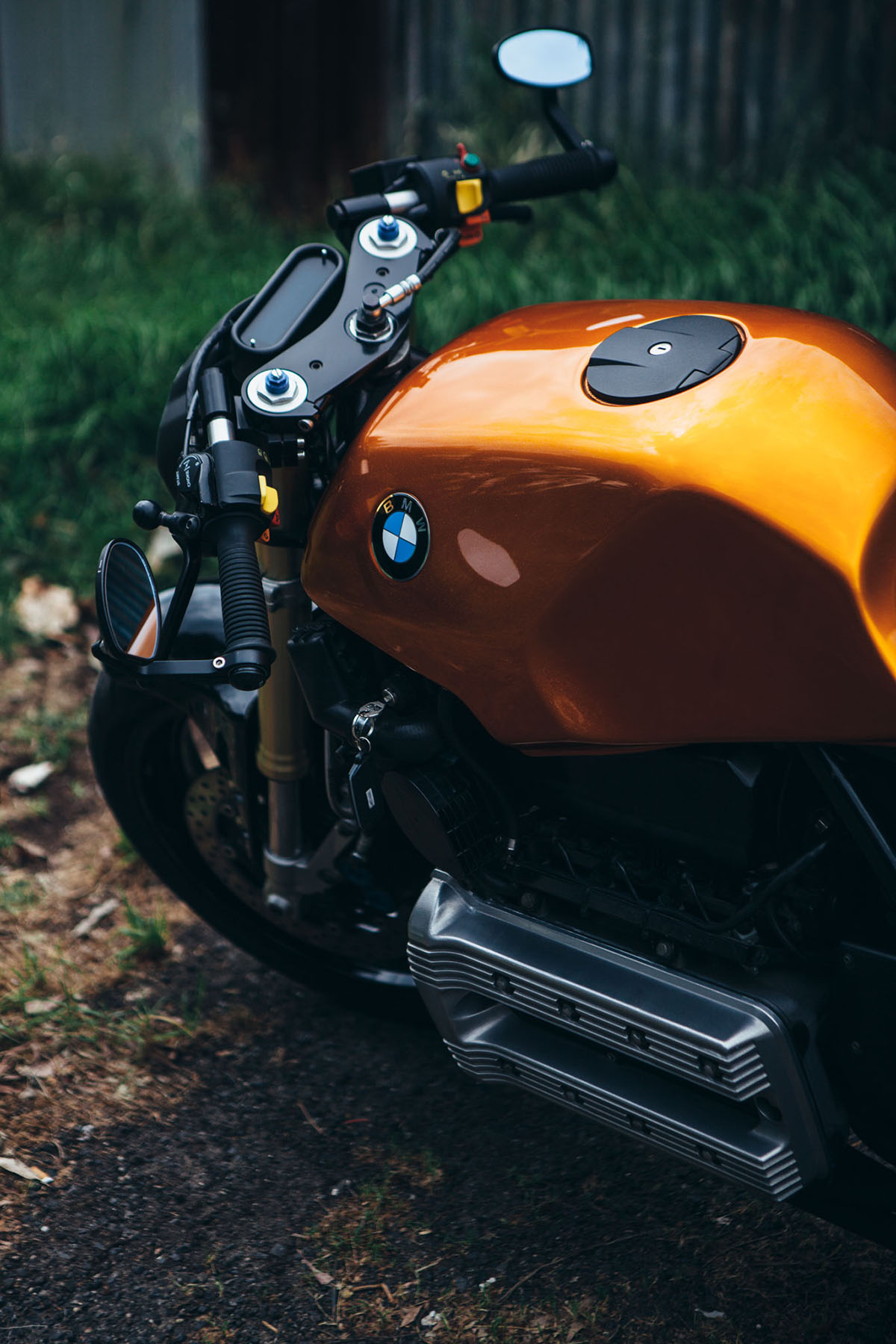 “Riding bikes and flying are very similar; it is the human machine interface. The satisfaction of nailing a greaser landing in shocking weather and huge crosswinds is equivalent to scraping the pegs as you hit the apex on your favourite back road.” 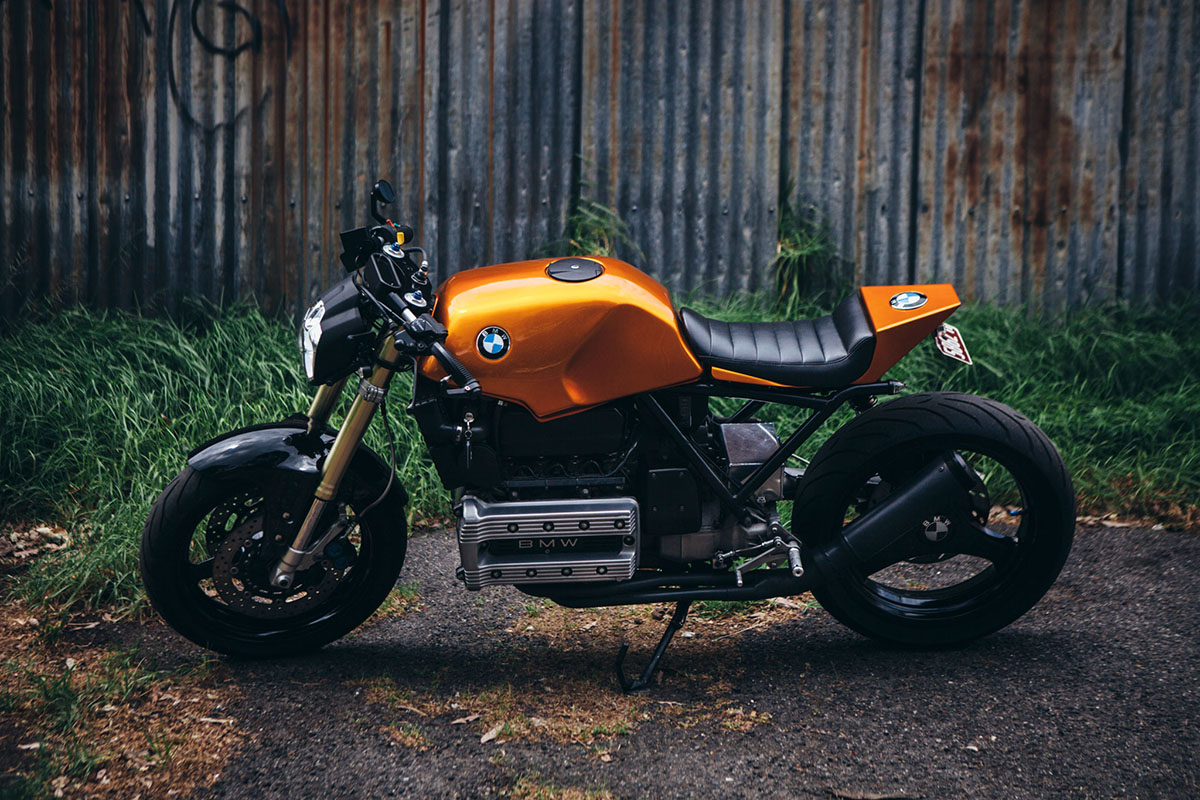 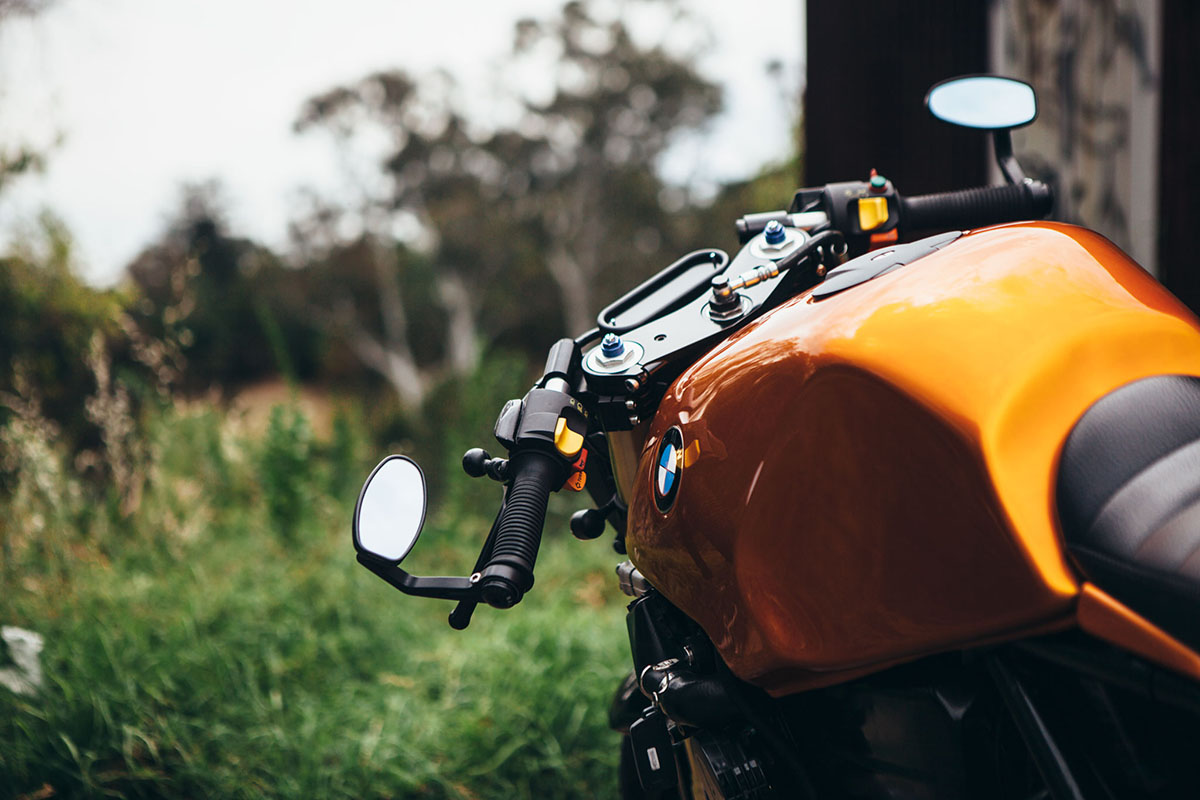 As with many café racer and street fighter builds, the intention for The Hornet was for modifications that would either reduce weight, or increase performance. Nothing superfluous. This 1984 BMW K100RS definitely received both; with over 34kg being lost from its original stock weight, and plenty of more modern features and parts being added. “I started the build with only a rough idea in my head of the look I was after. I wanted to have a blend between a street fighter and a cafe racer.” 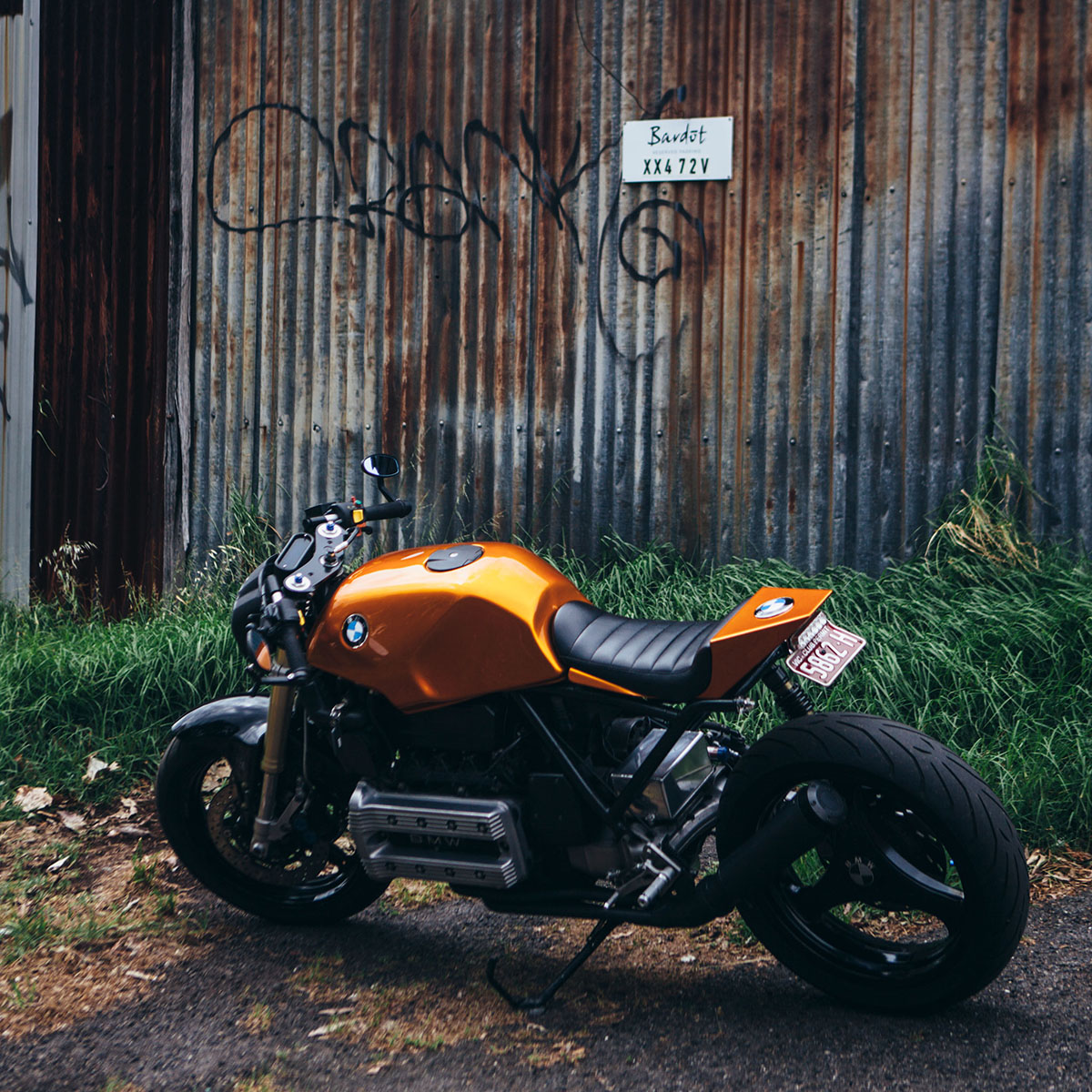 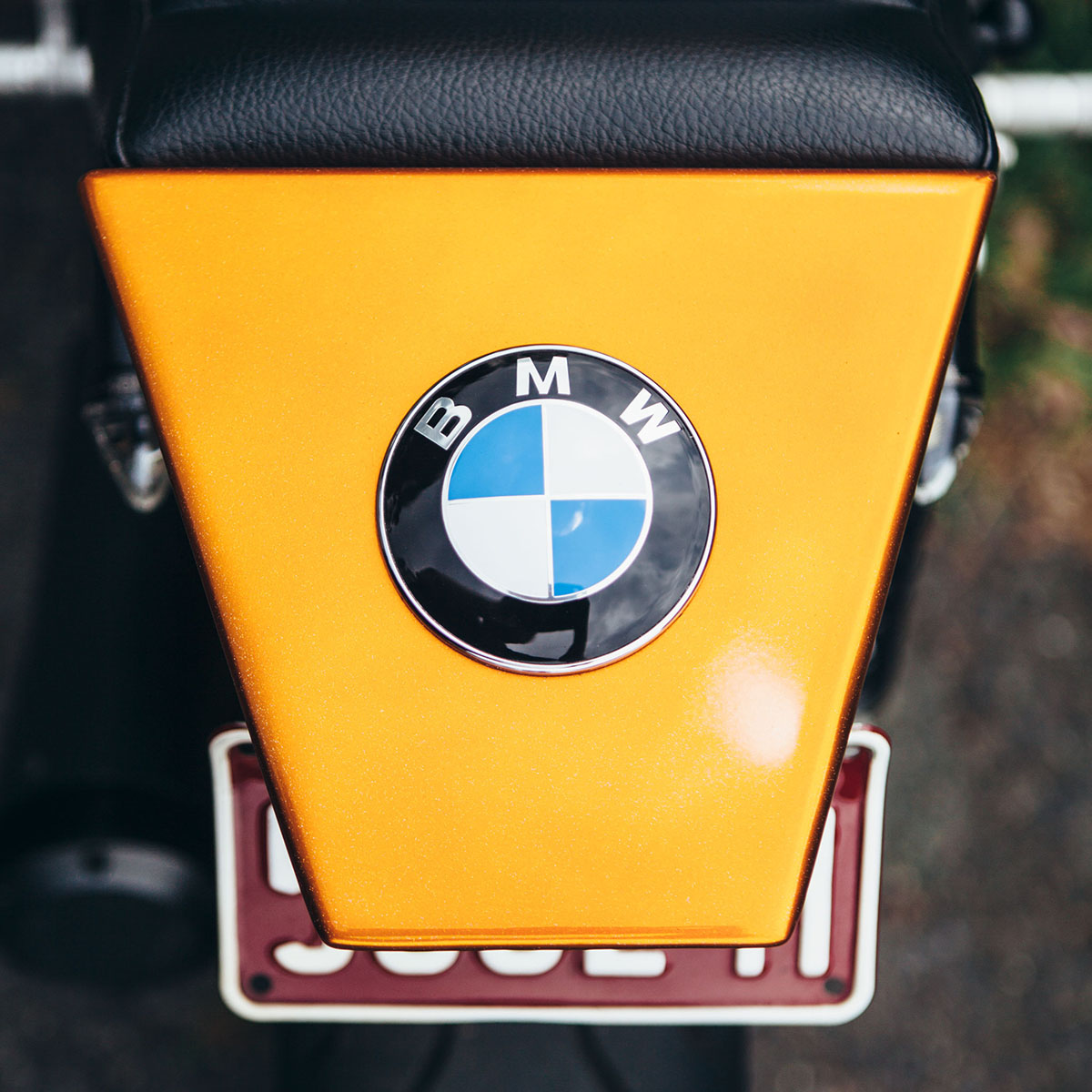 This is the second incarnation of Paul’s K100RS however, after the first build suffered a spill while on a ride in Tasmania. “I had been to Tasmania twice before with a mate who lives in Brisbane. I offered that for this trip we take my two bikes to save him getting his bike to Melbourne. All was going well for the first two days, with swapping between bikes. On the third day, I was leading on my BMW K1200R, but I pulled over when Kev was no longer in my mirrors. I turned back to find him getting helped by two old ladies to pick up The Hornet. He is still unsure exactly what happened, but after many beers that night reliving the event, he thinks he just lost the front end trail braking into a corner. The low-side destroyed the left handlebar and switch gear, the tank, engine casing and left foot peg and gear shift.” 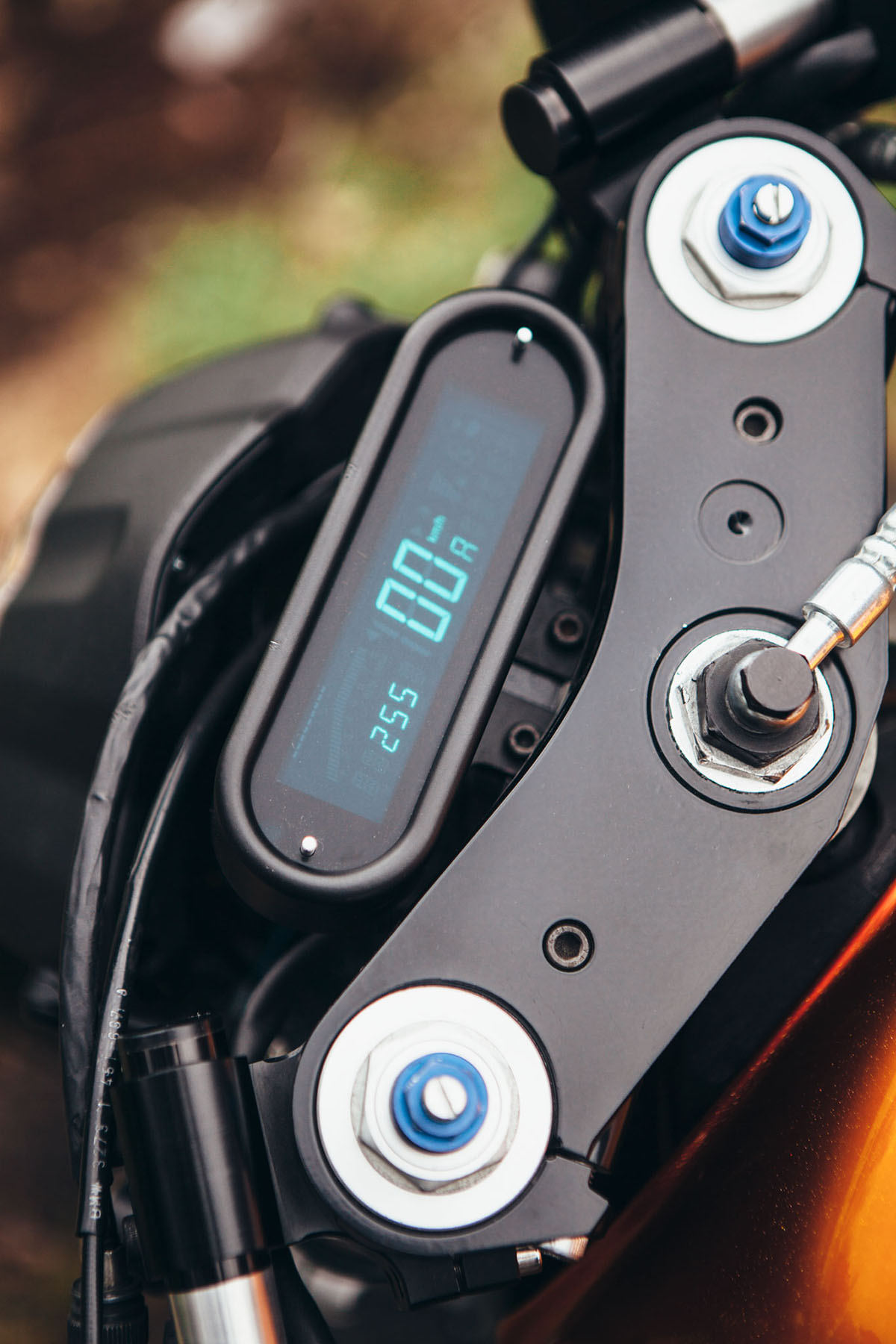 This would not be the end of this bike however, and she was repaired along with gaining a few nice additions, including a Yamaha R1 front end. “The main reason for the R1 front end was to be able to put some modern rubber on the bike. It required machining to allow the BMW post to mate to the R1 clamps. I also needed a later model throttle housing to get a larger master cylinder to be able to drive the twin caliper brakes, which then needed a new throttle cable which then needed mods to fit.” 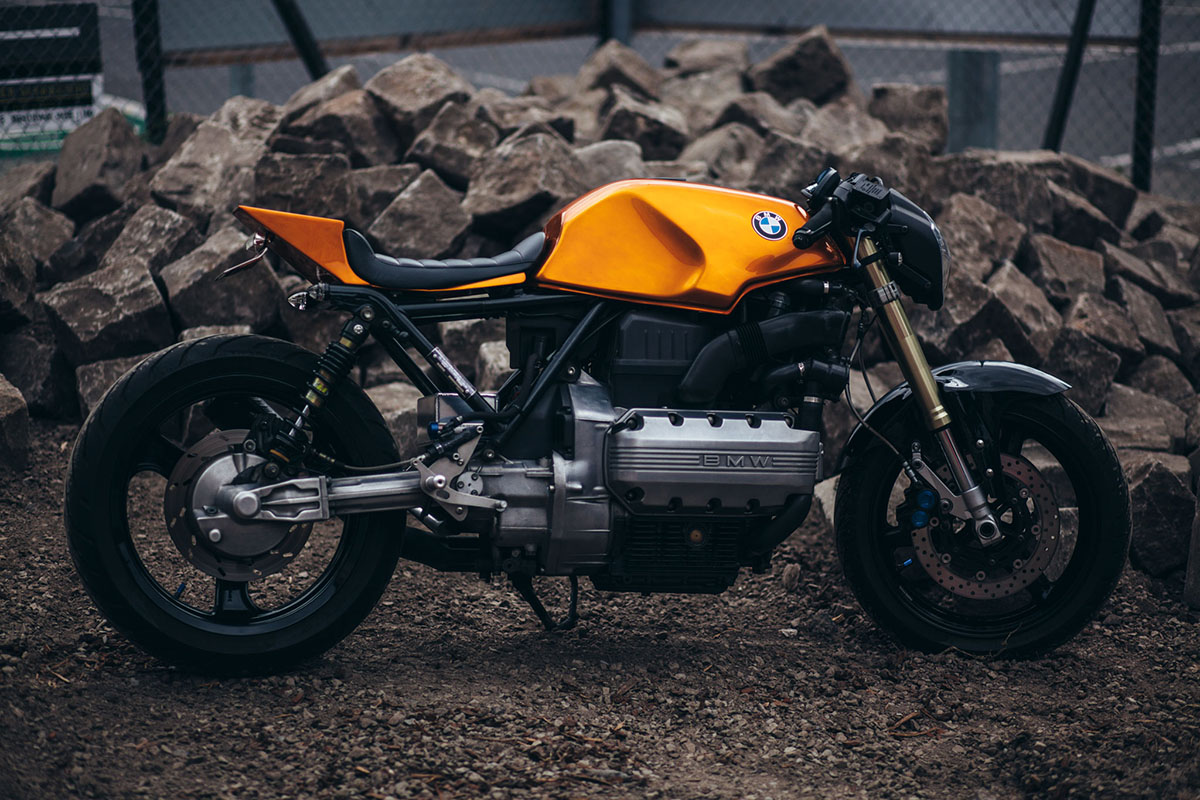 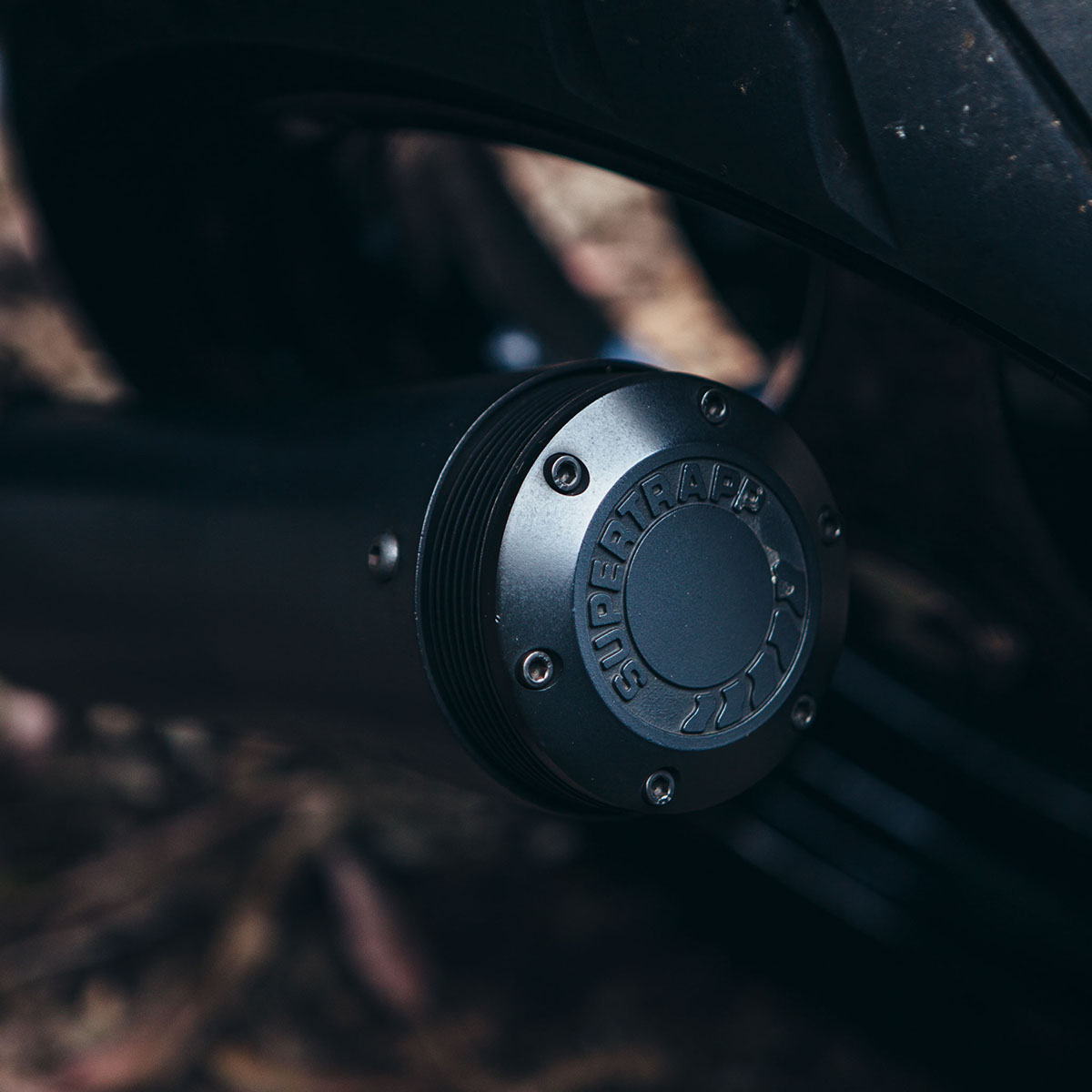 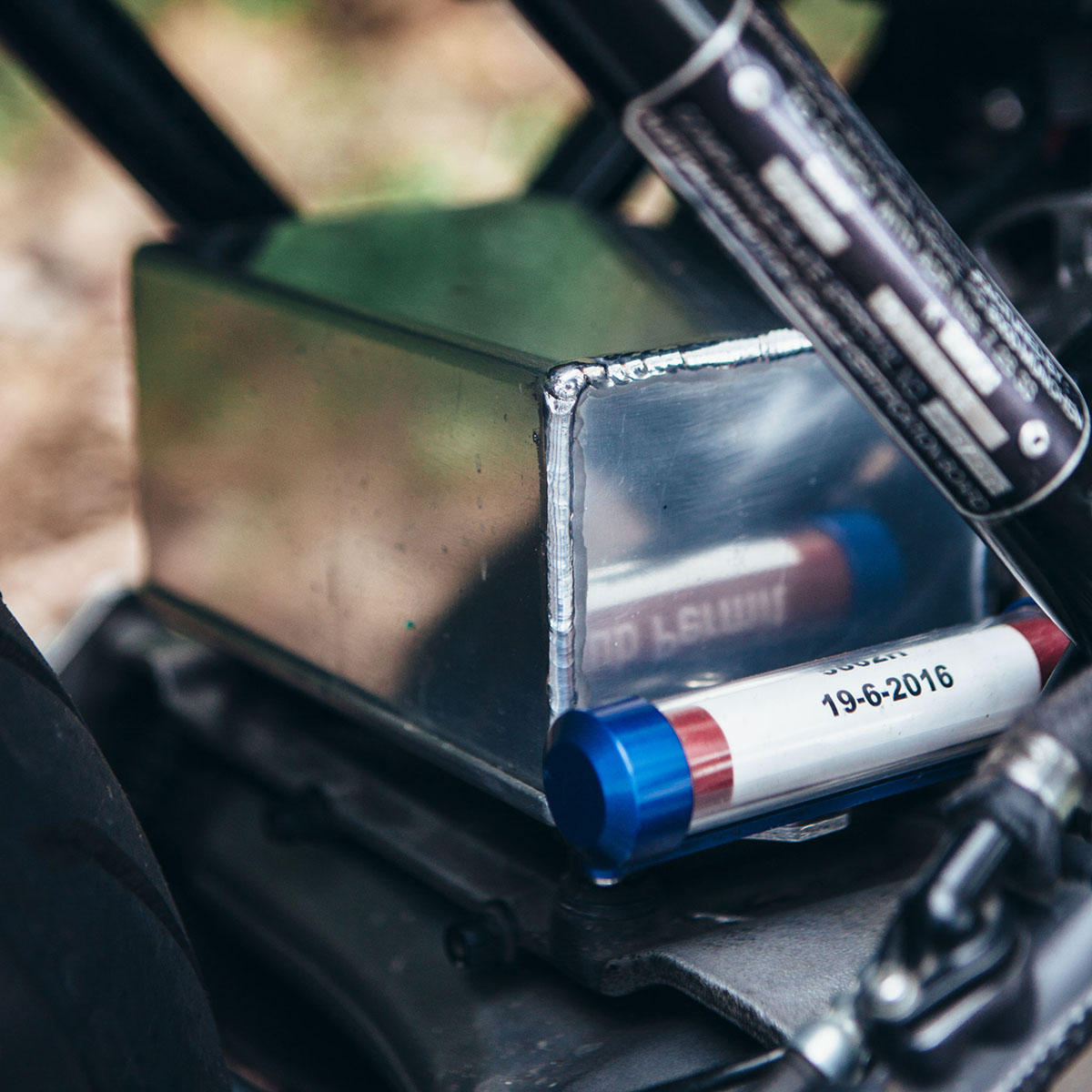 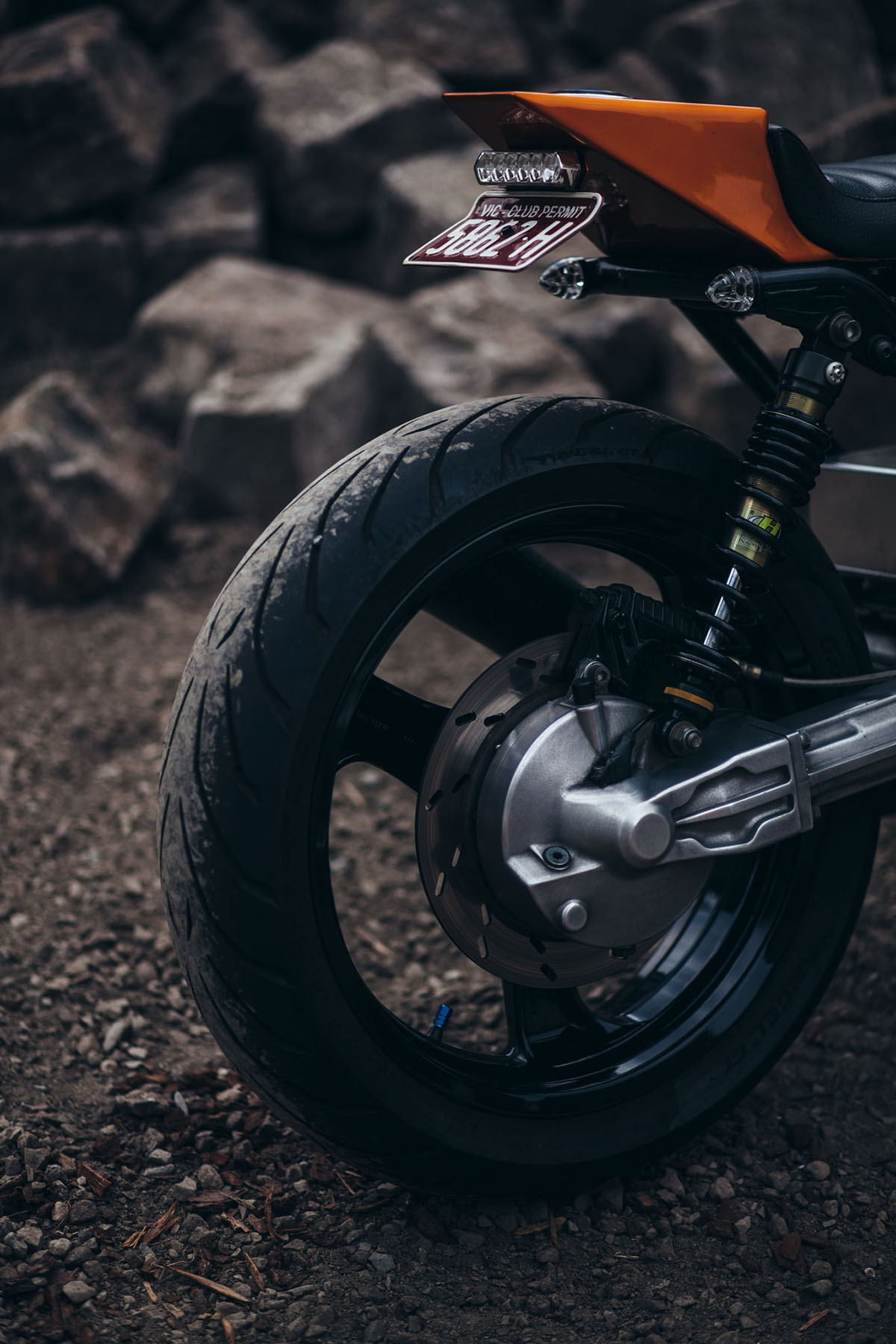 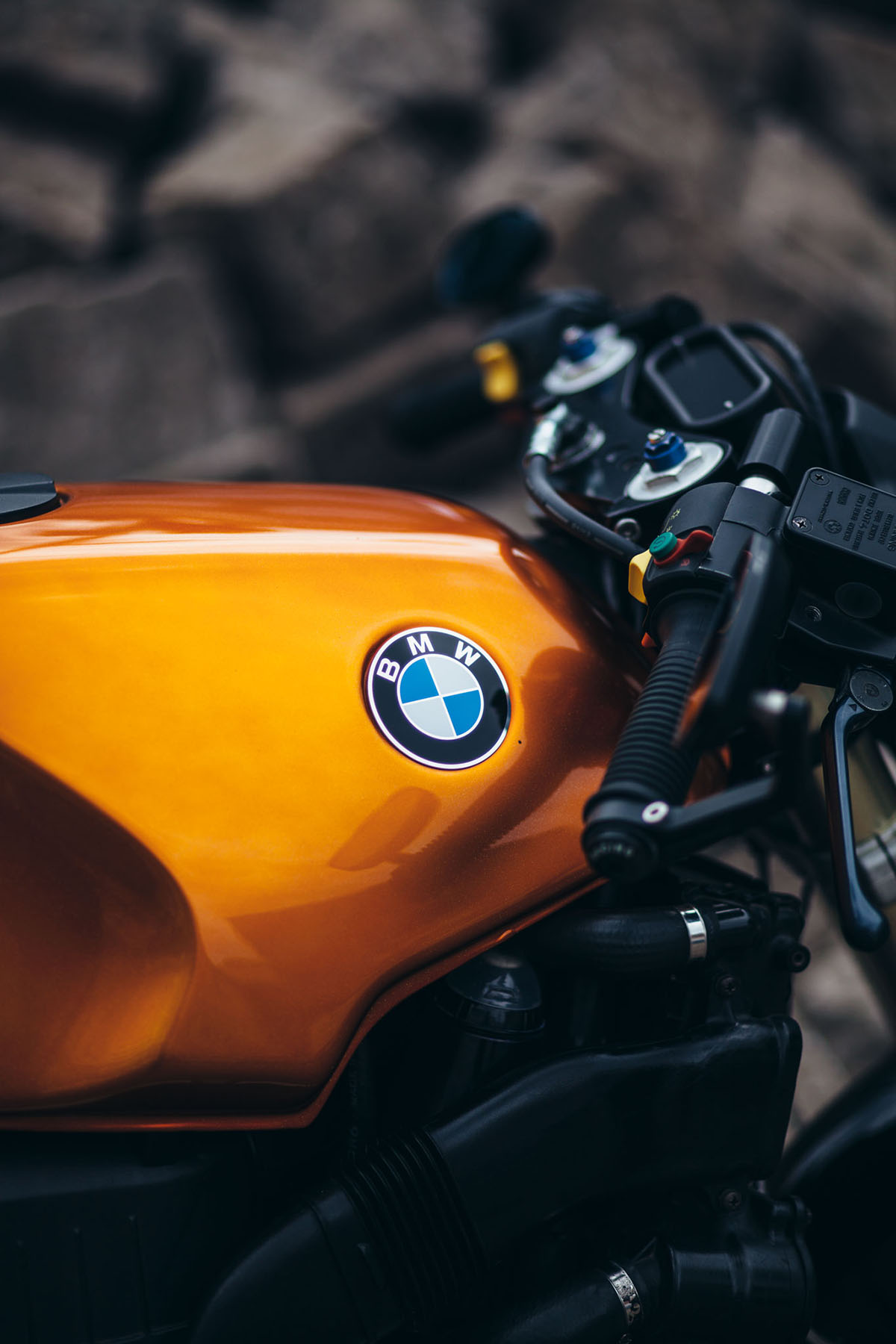 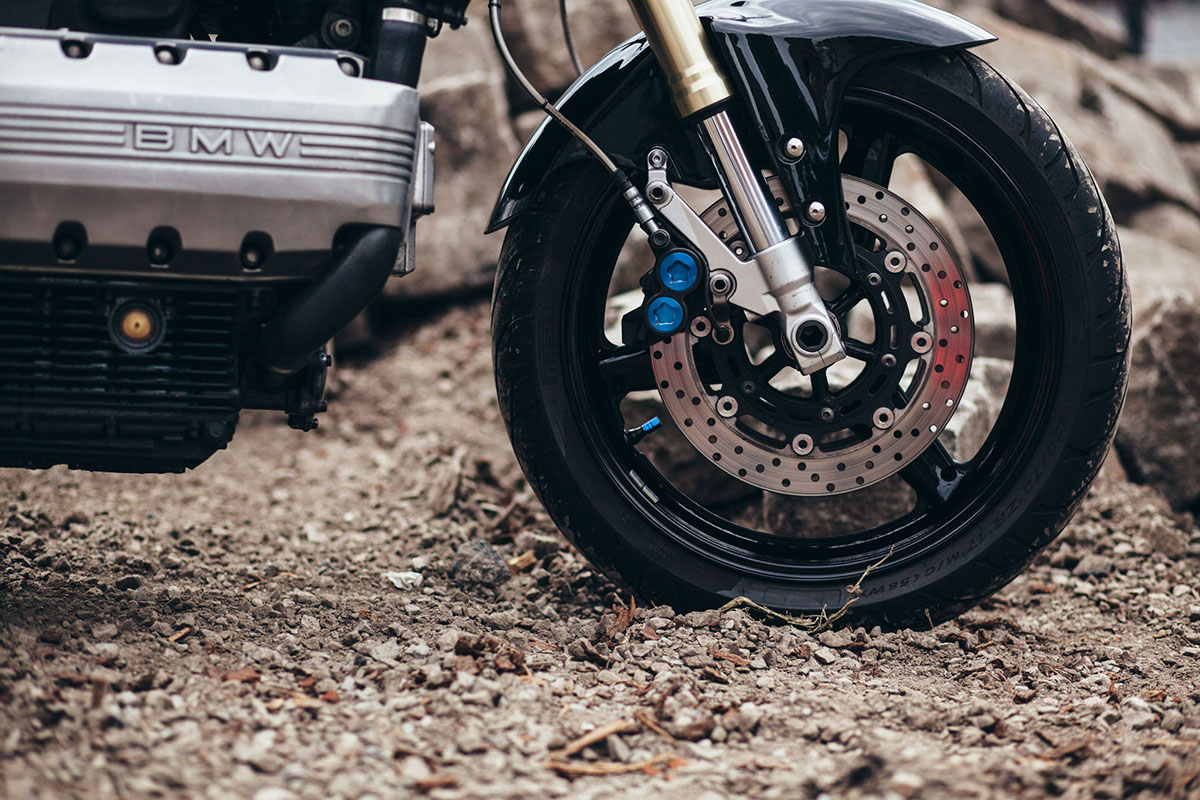 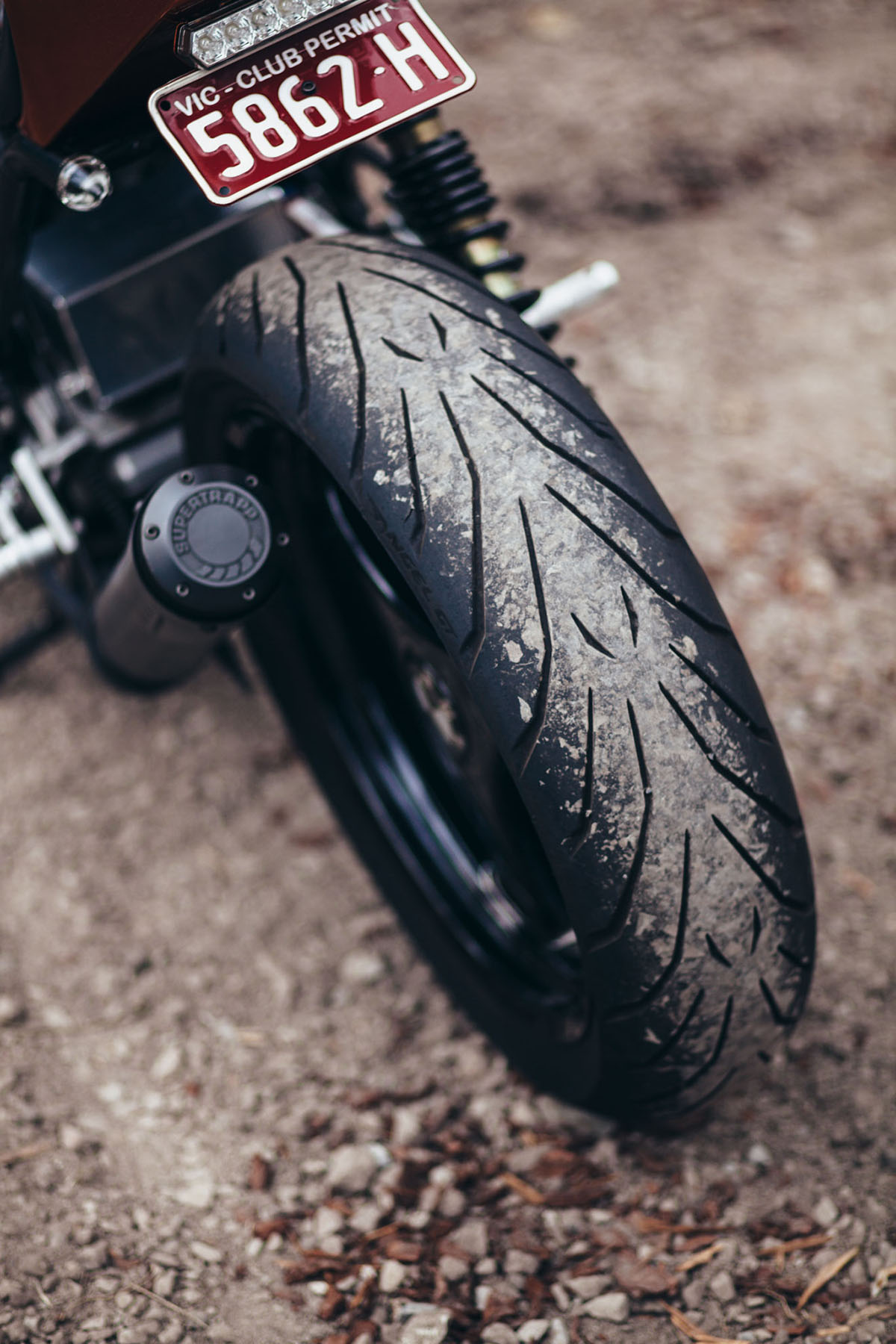