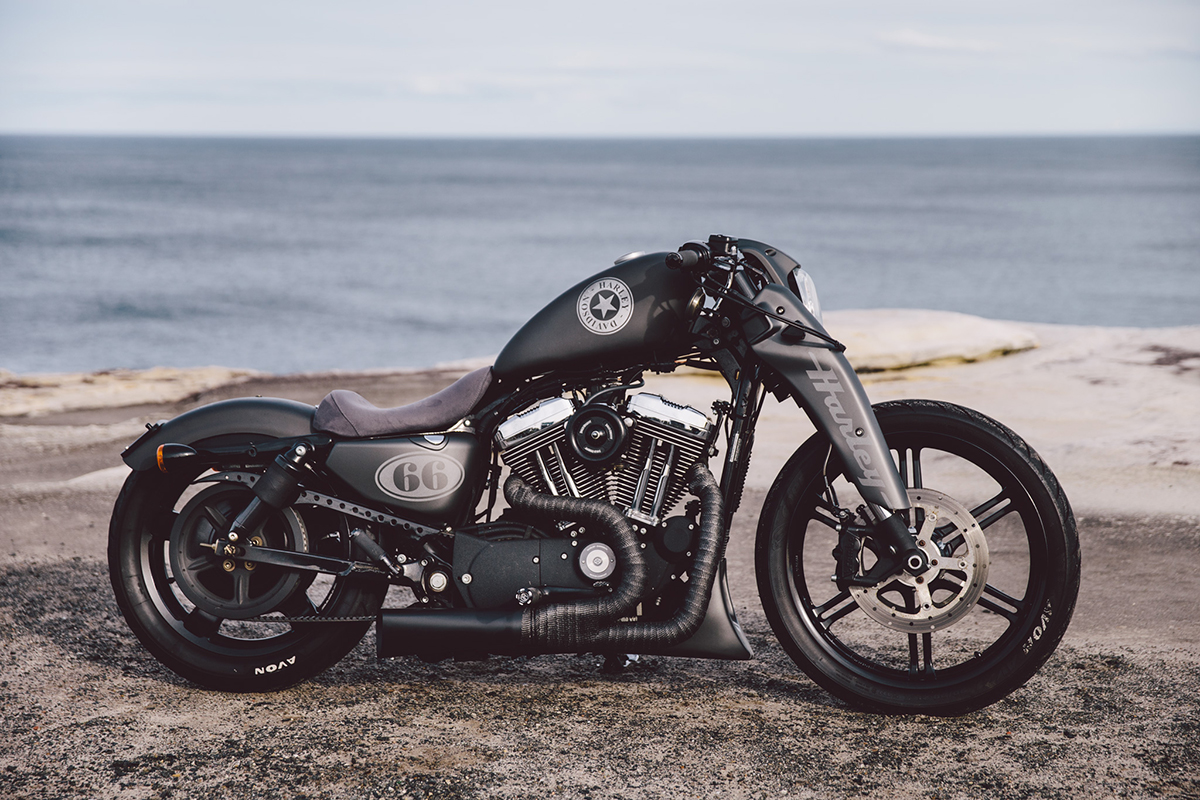 Meet ‘The Slob’ – no we’re not referring to Pil on a Friday night after he’s visited his local Kebab joint, but instead the 2004 HD Sportster XL1200R he’s hacked and attacked with his creative drive. The result is all kinds of geometric goodness. 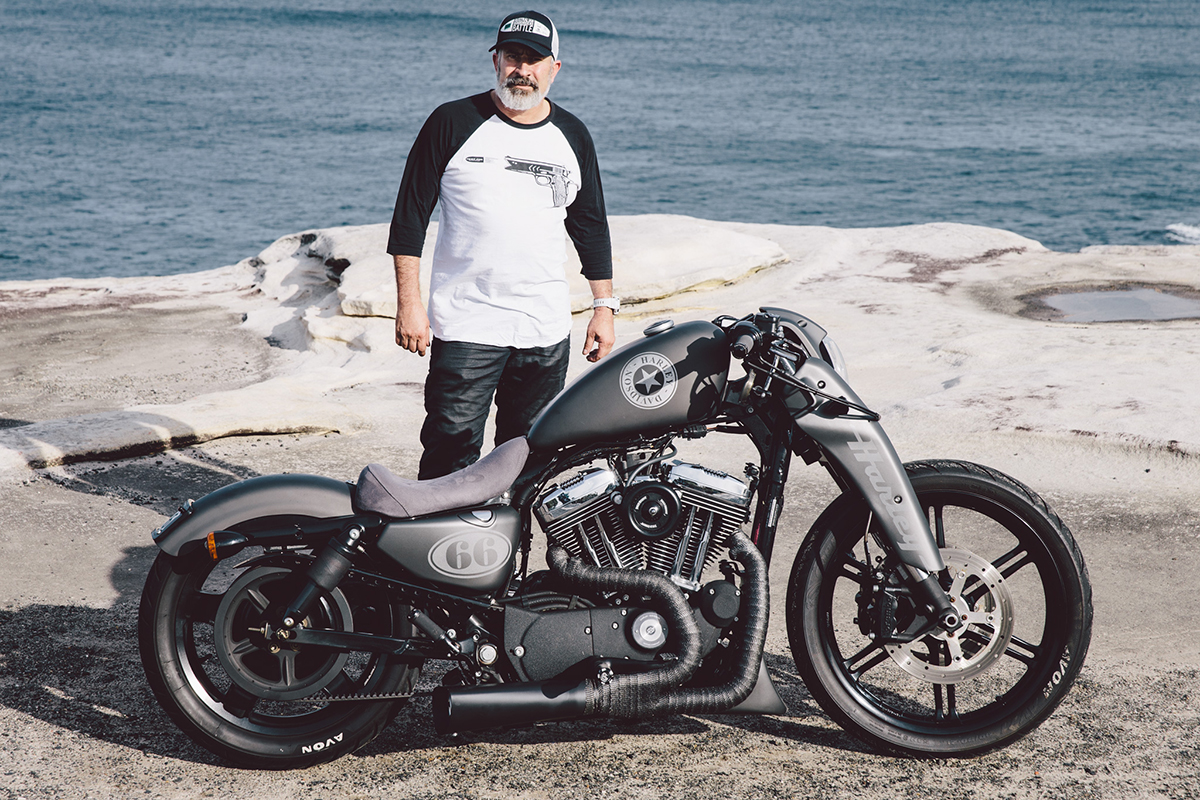 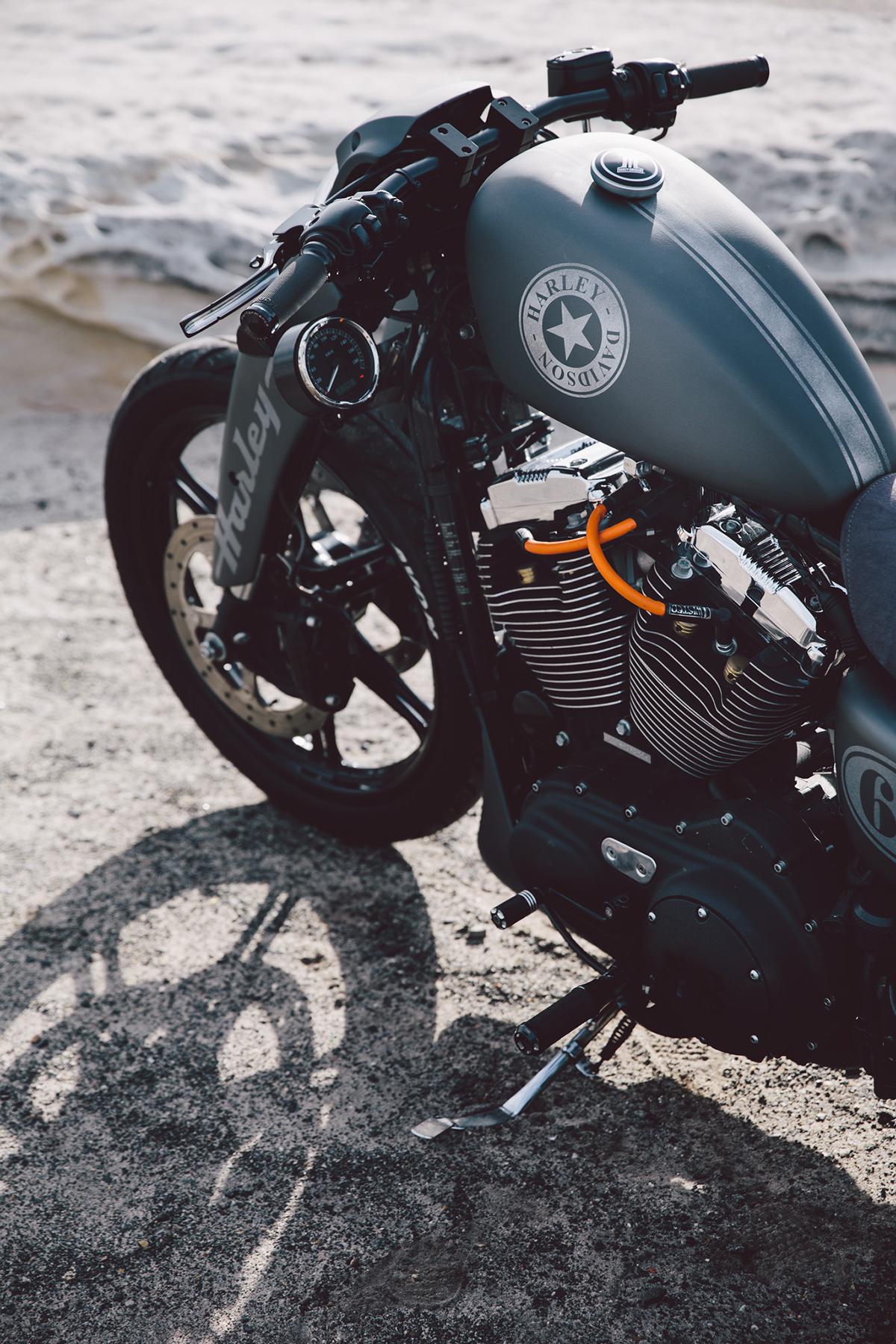 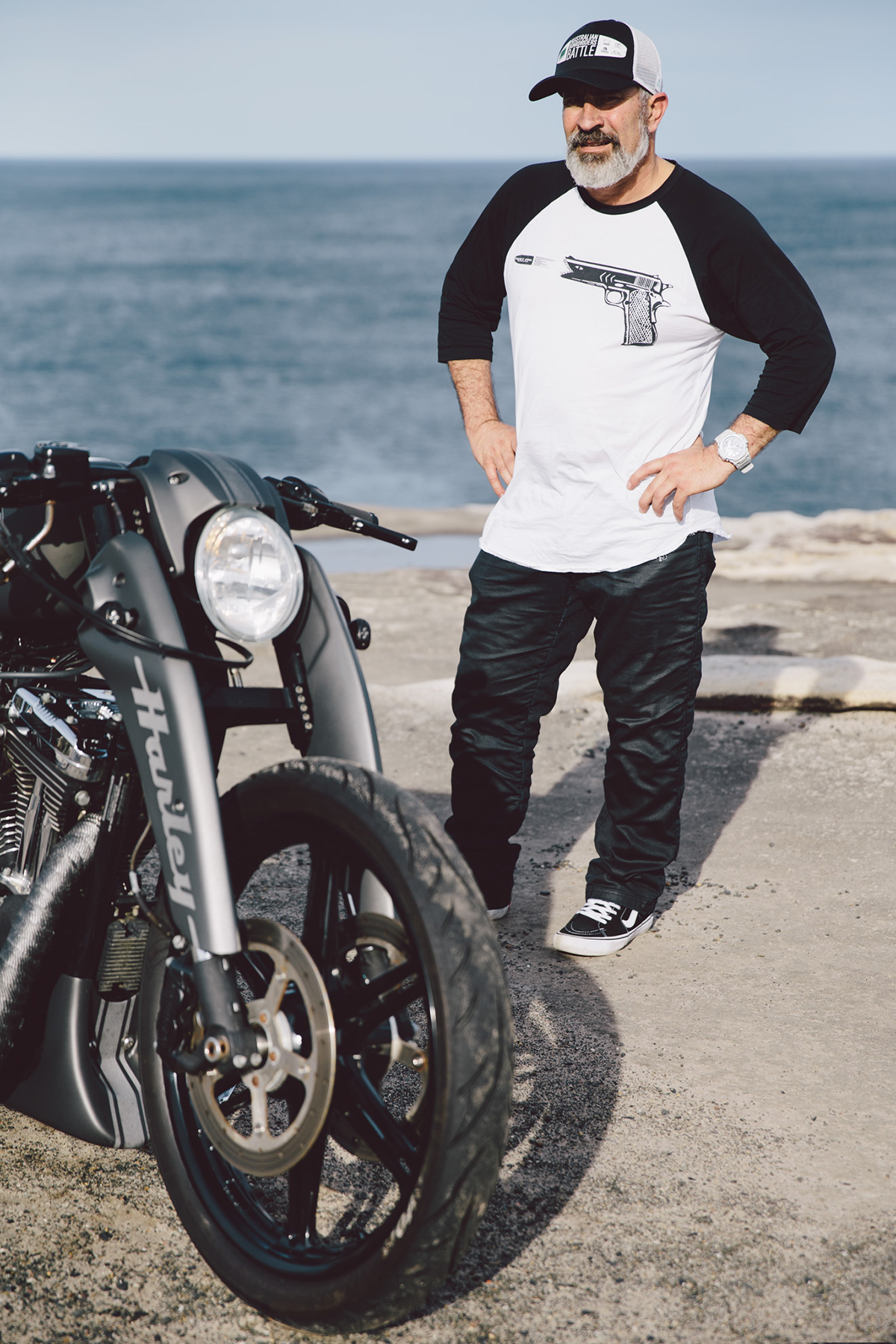 After building his fair share of conventional café racers, Pil had the itch to try his hand at something new. Inspiration would hit after hours of trawling through the Internet, but what was needed first would be a machine to apply these ideas. The plan was to do something different in contrast to the more common Harley builds and customisations you sitting smacking through the streets. “After building a nice BMW R80 café racer, I sold it to a bloke up the coast who had a Sporty 1200 he was selling. We did a deal, and sure enough I went to work modifying the new bike to my vision.” 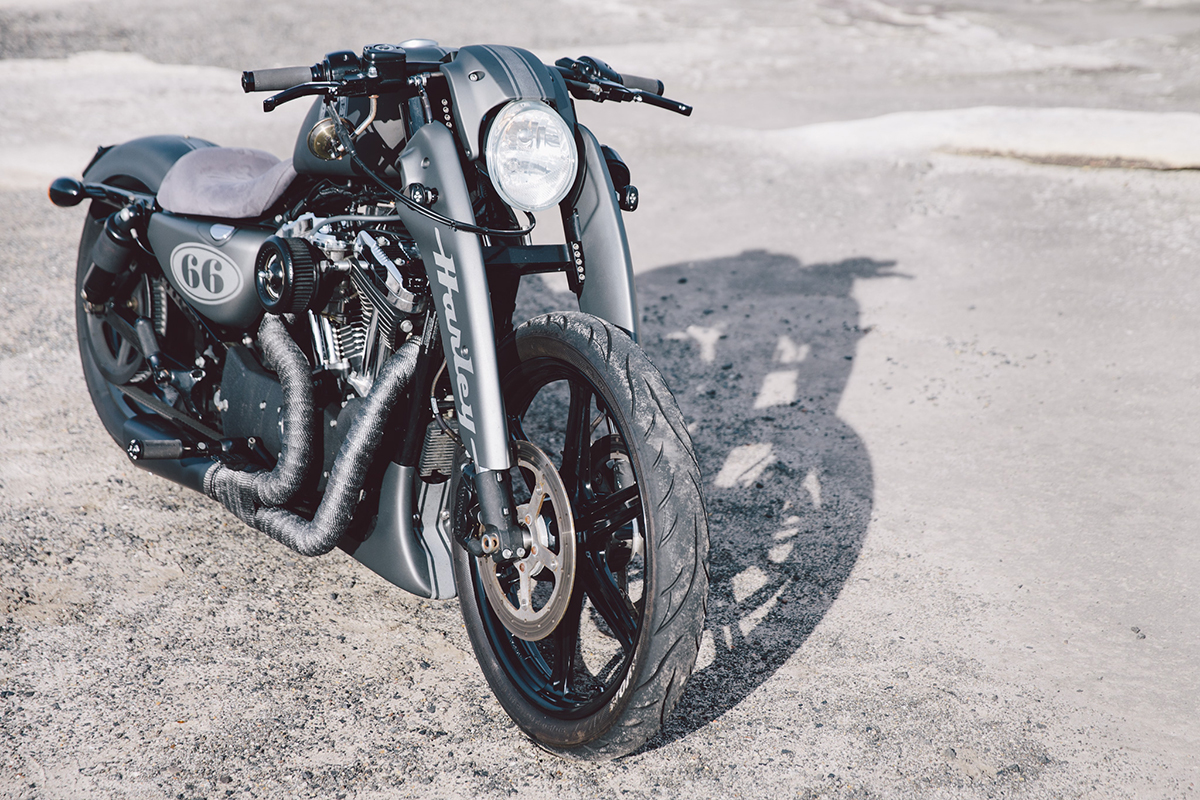 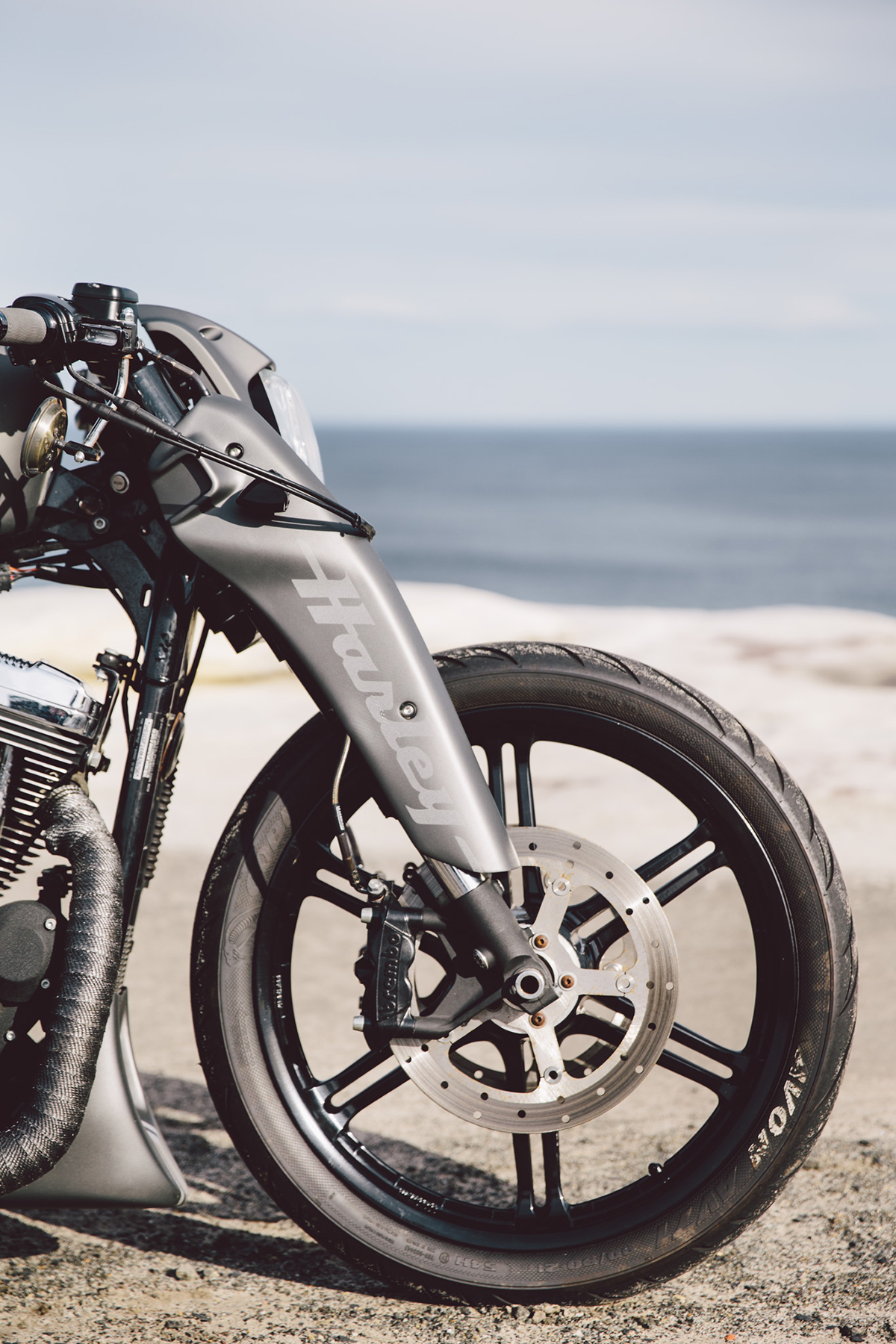 This vision would include a Yamaha R1 front end with Paolo Tex Ducati fairings to give the bike that unique girder look, and possibly some mild anxiety for the Italian designer upon hearing that these were attached to a Harley instead of a Ducati. “I chucked on some Brembo brakes so that it could stop – something which is unusual for these bikes. I then added a larger tank, and a 21” front wheel and some air shocks to slam it down low.” Not too low however, so as not to ruin the amazing chin spoiler that was shipped in from Eightball in Germany. This was then modified to suit the larger front wheel that was chucked on, along with a Harley Night Rod headlight and drag fairing. 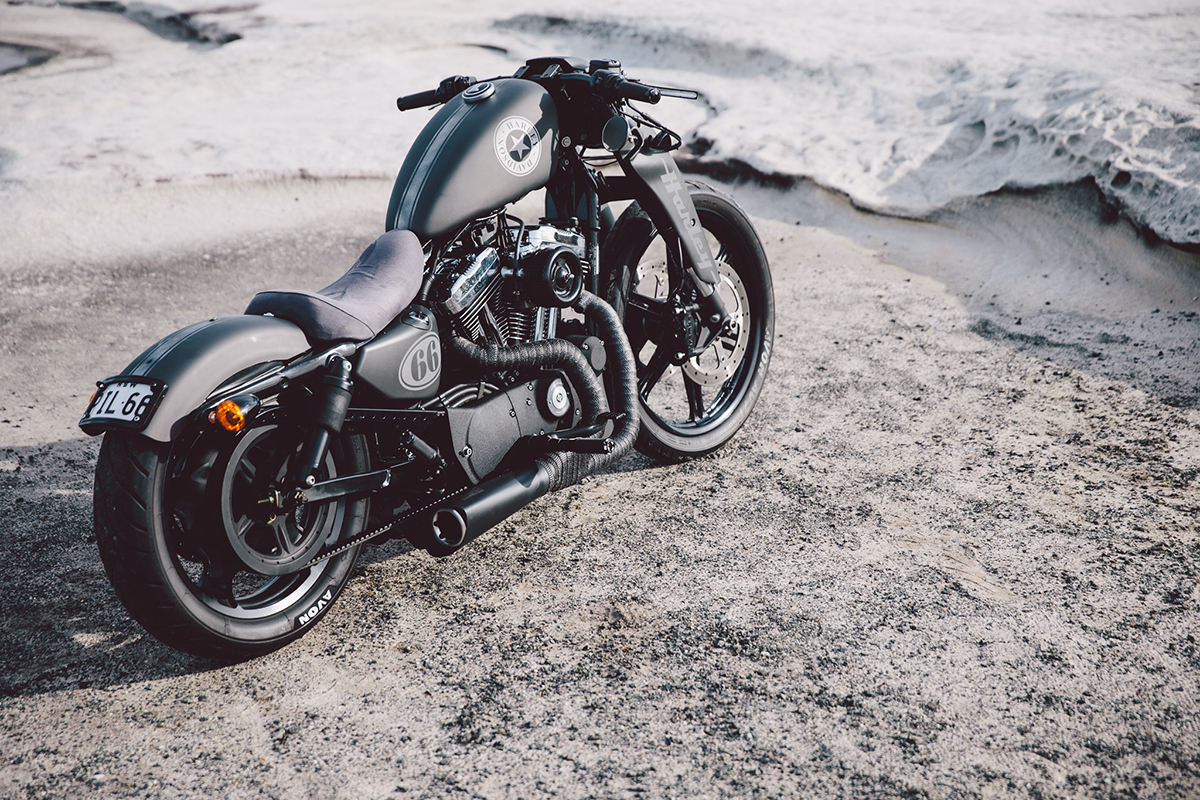 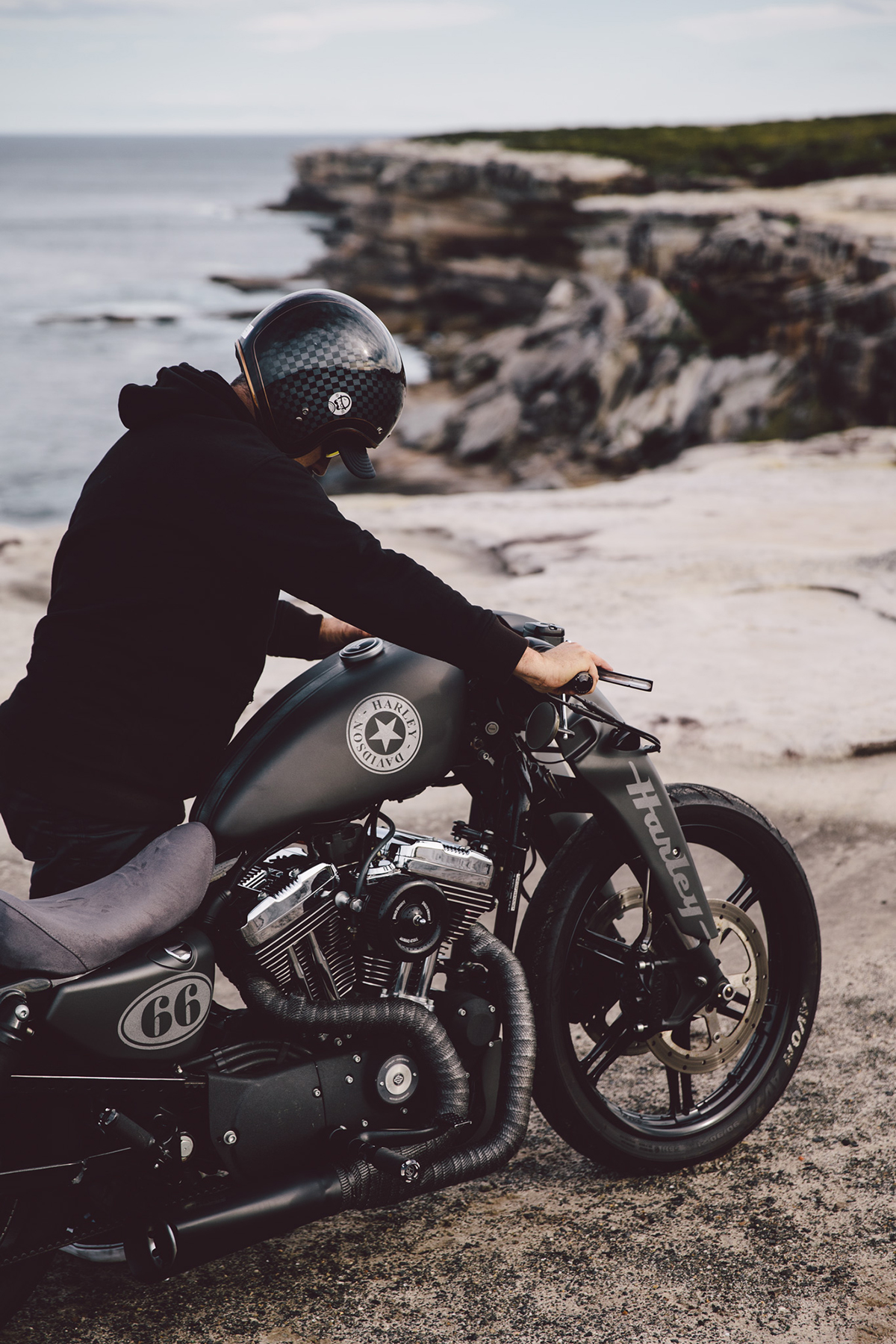 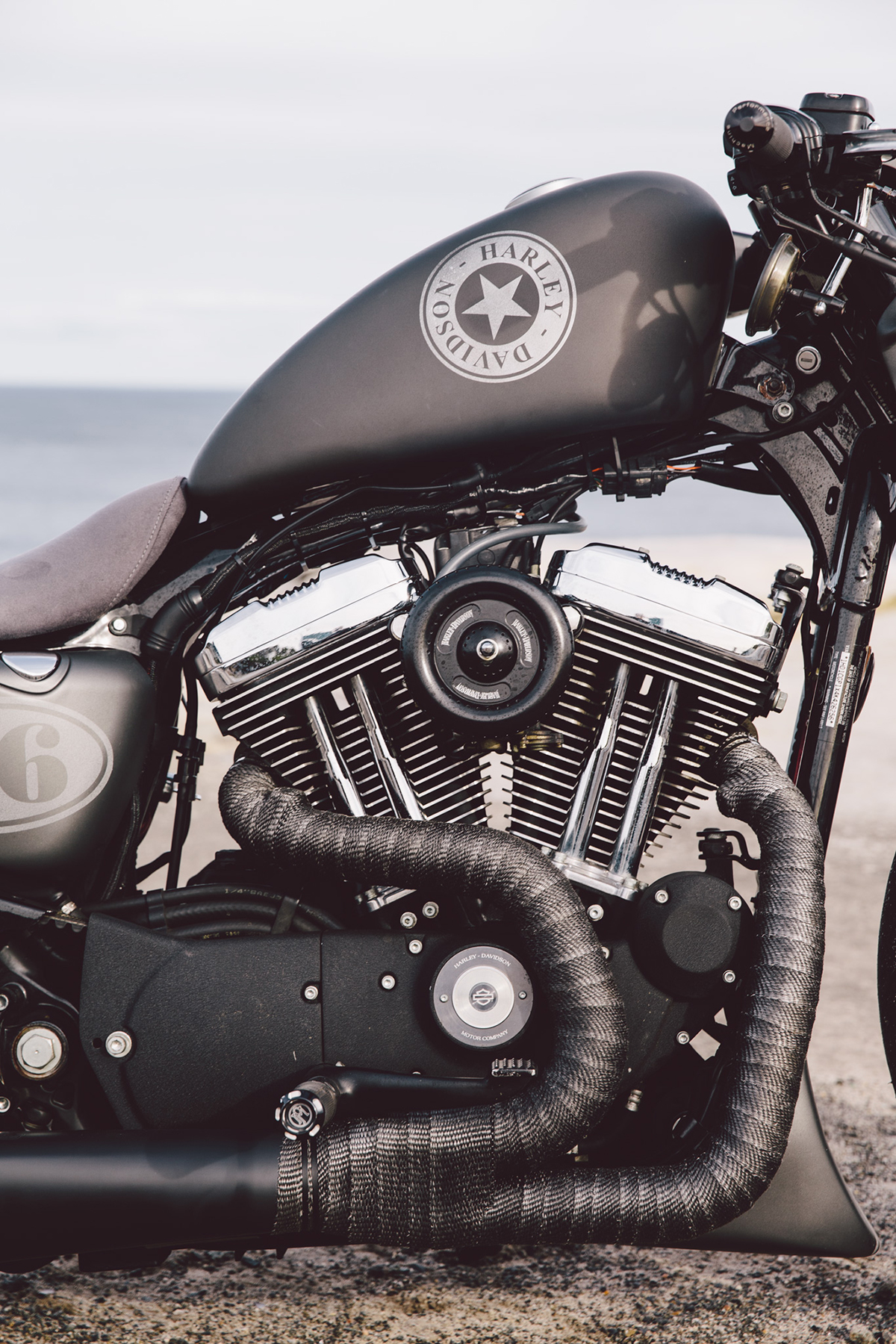 A nice subtle dull grey was opted by Pil for the paint scheme, with the only bit of shine remaining being the rocker covers – although even now a debate is being waged in Pil’s mind as to leaving them nice and shiny or opt for a black out (we vote shiny). “I’ll be having the engine rebuilt soon – it’ll then be able to do 100HP with all the new internals. I’m told it will then be able to do wheelies… fuck yeah!” We will no doubt report back with images of Pil getting this thing to wheelie as proof – gotta hold a man to his word, and wheelies are bloody good. 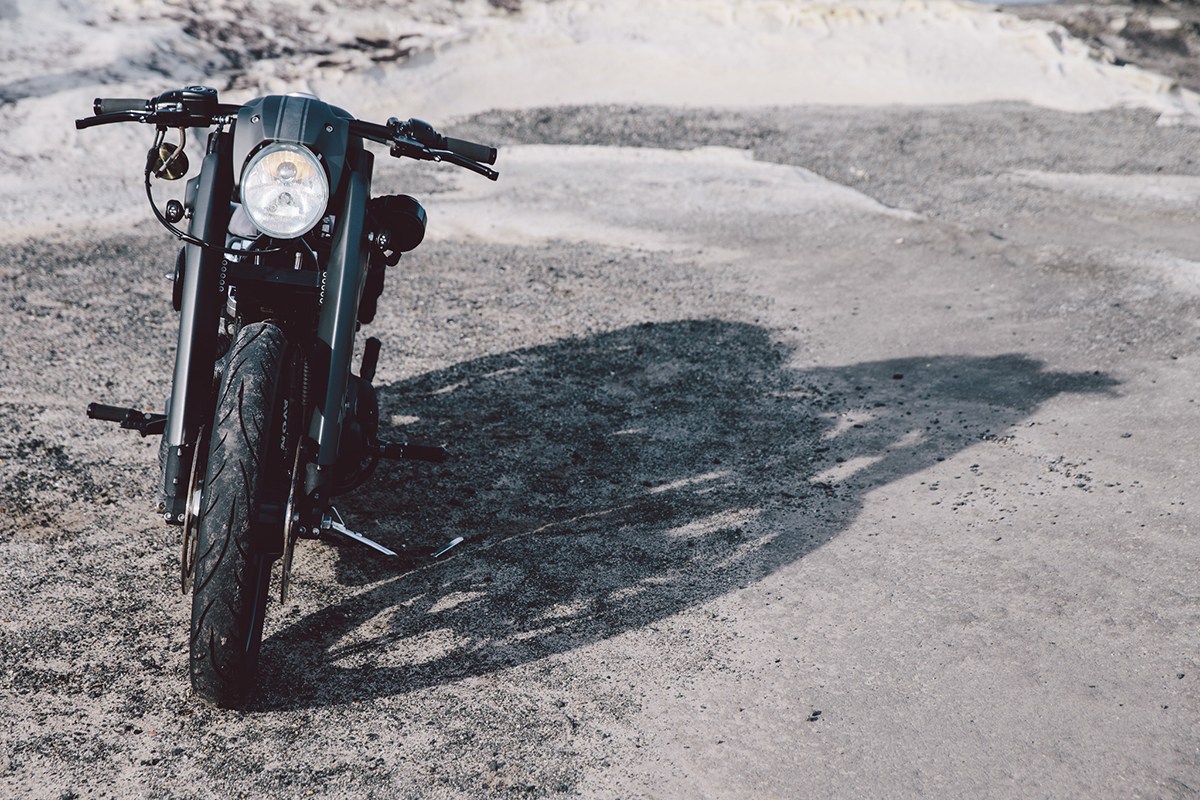 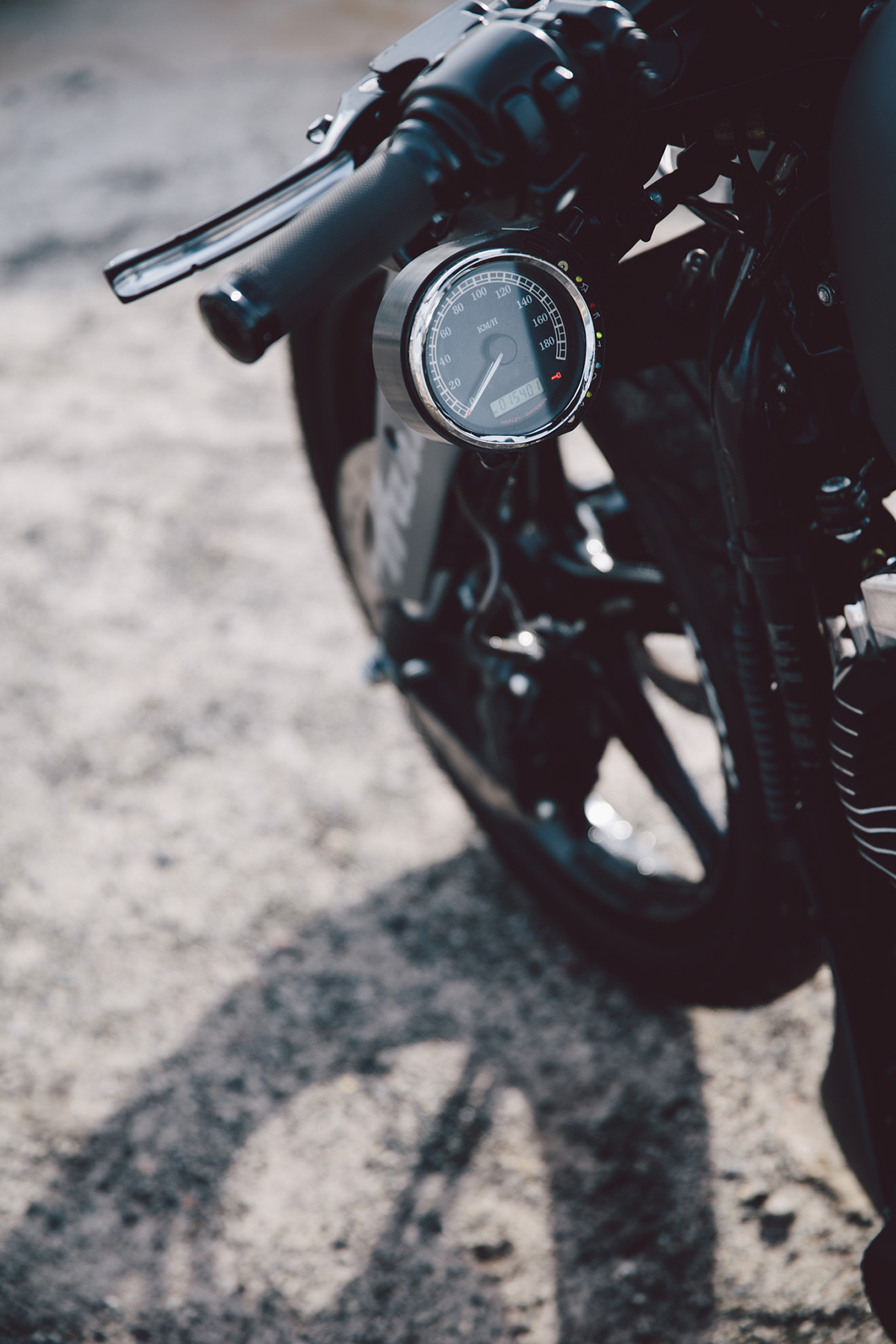 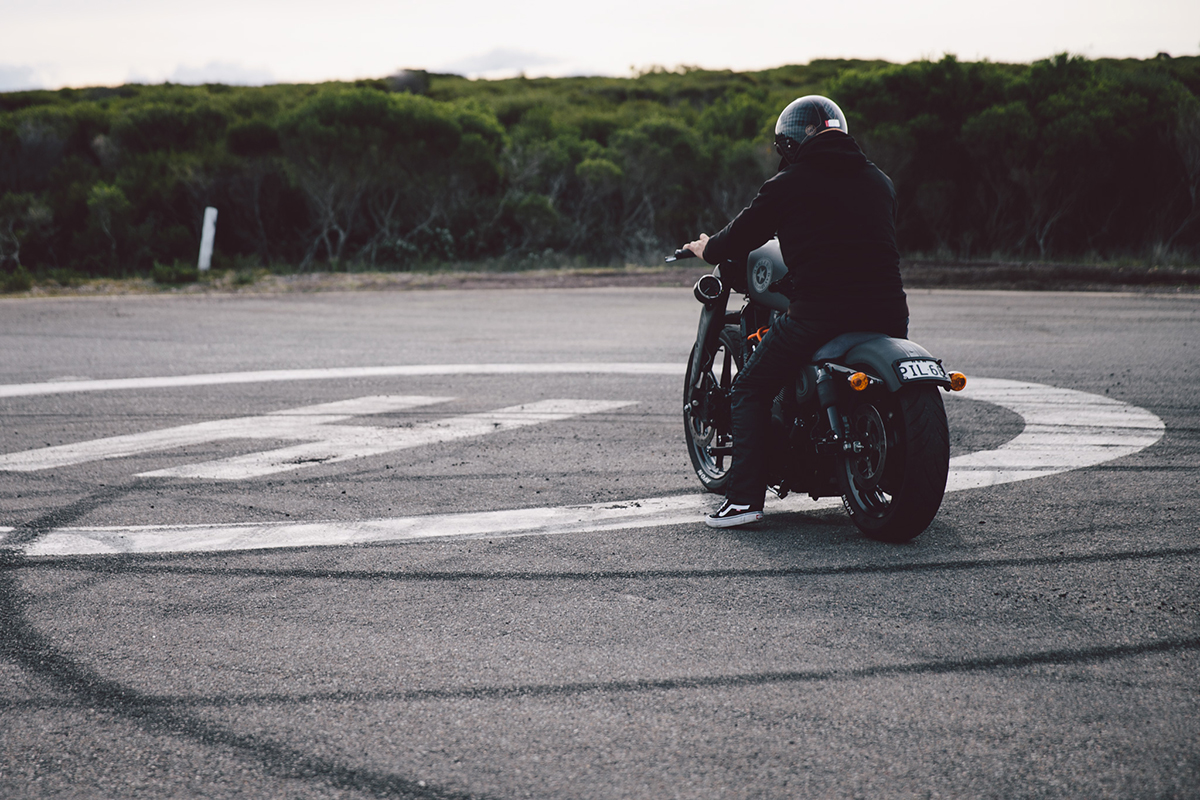 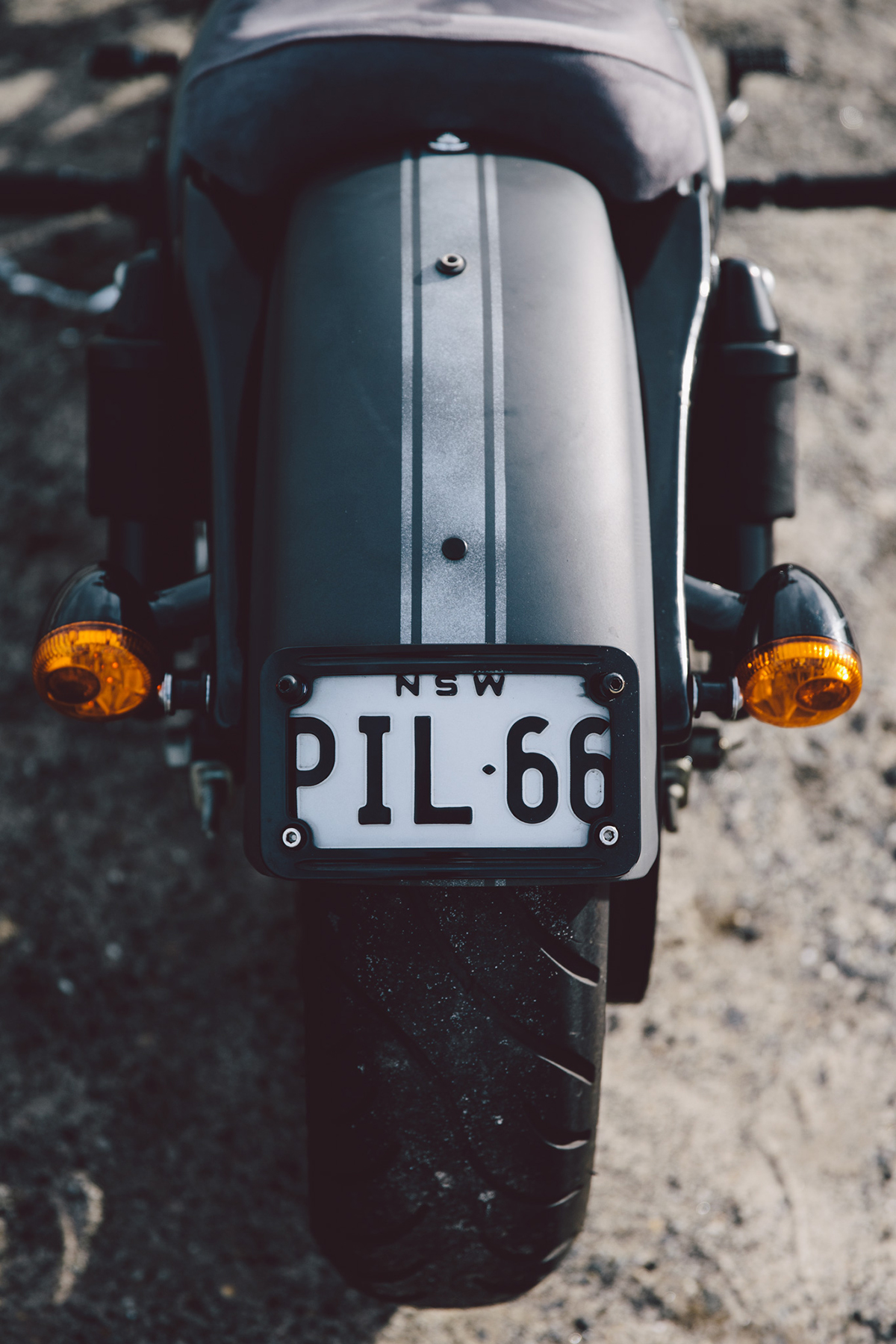 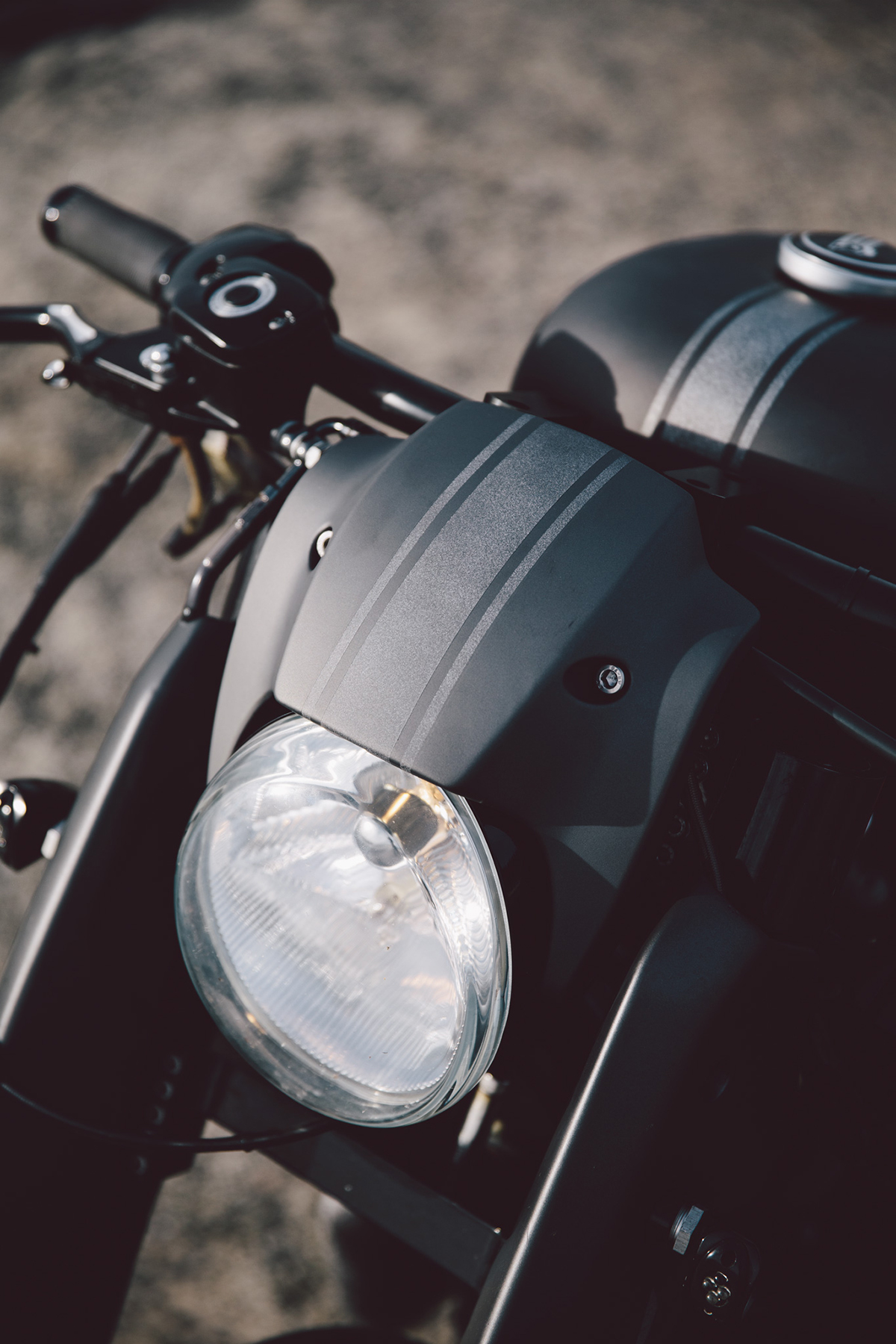 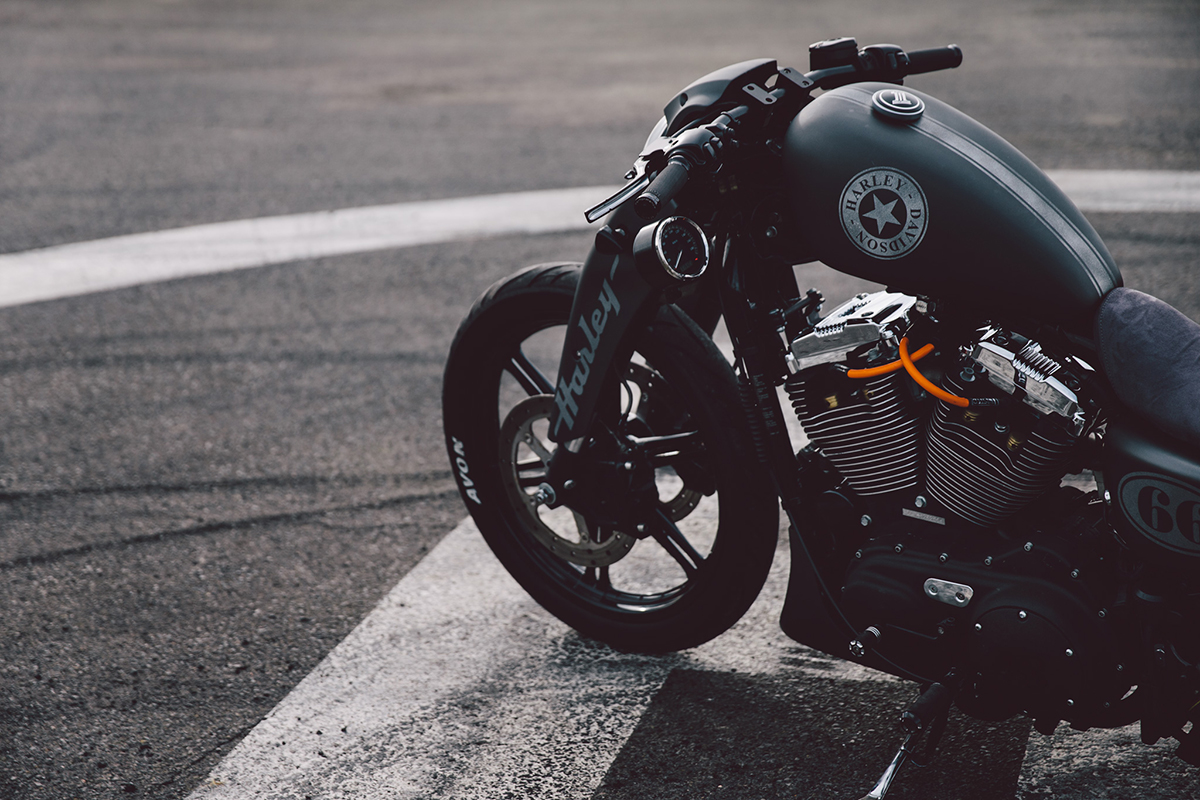 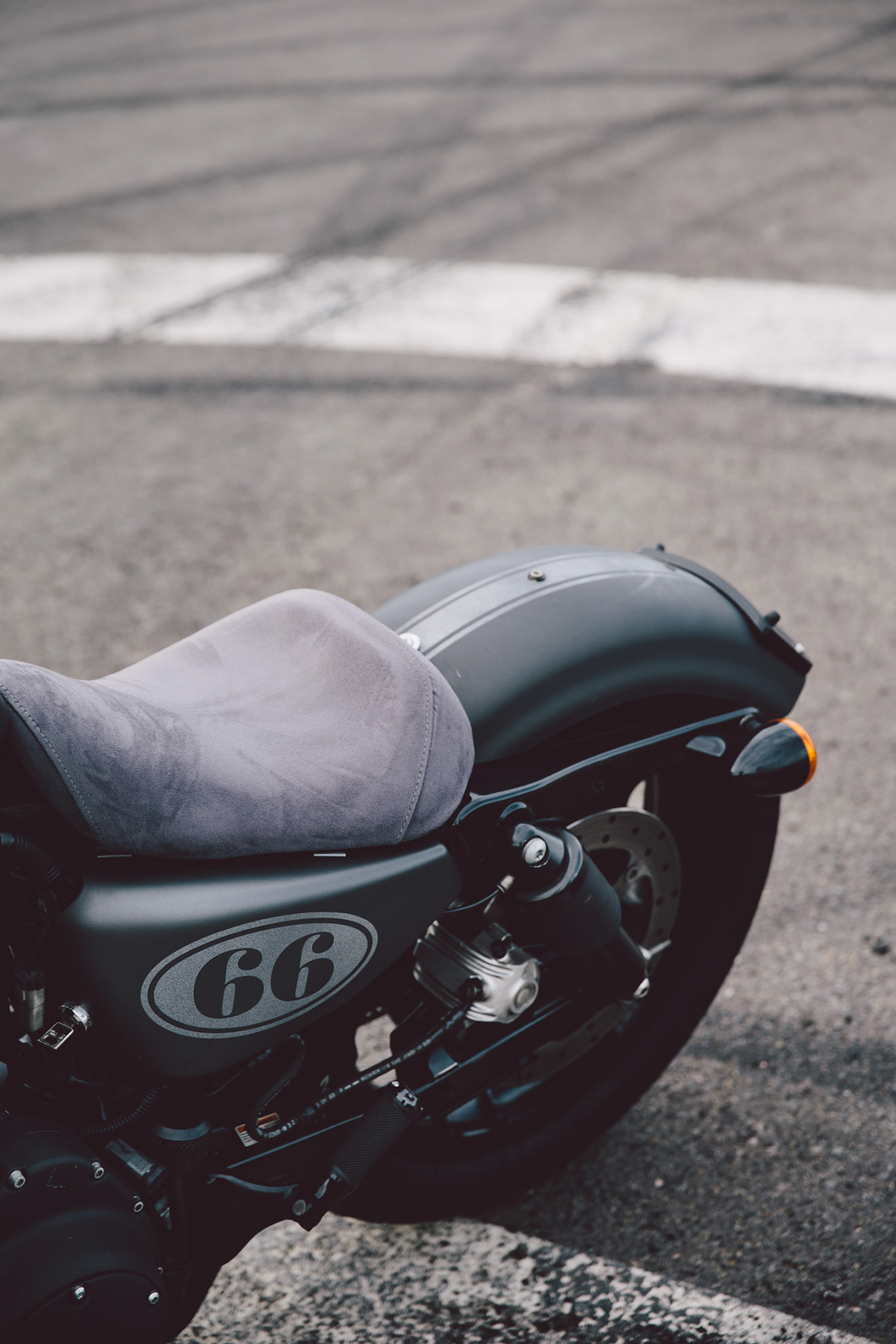 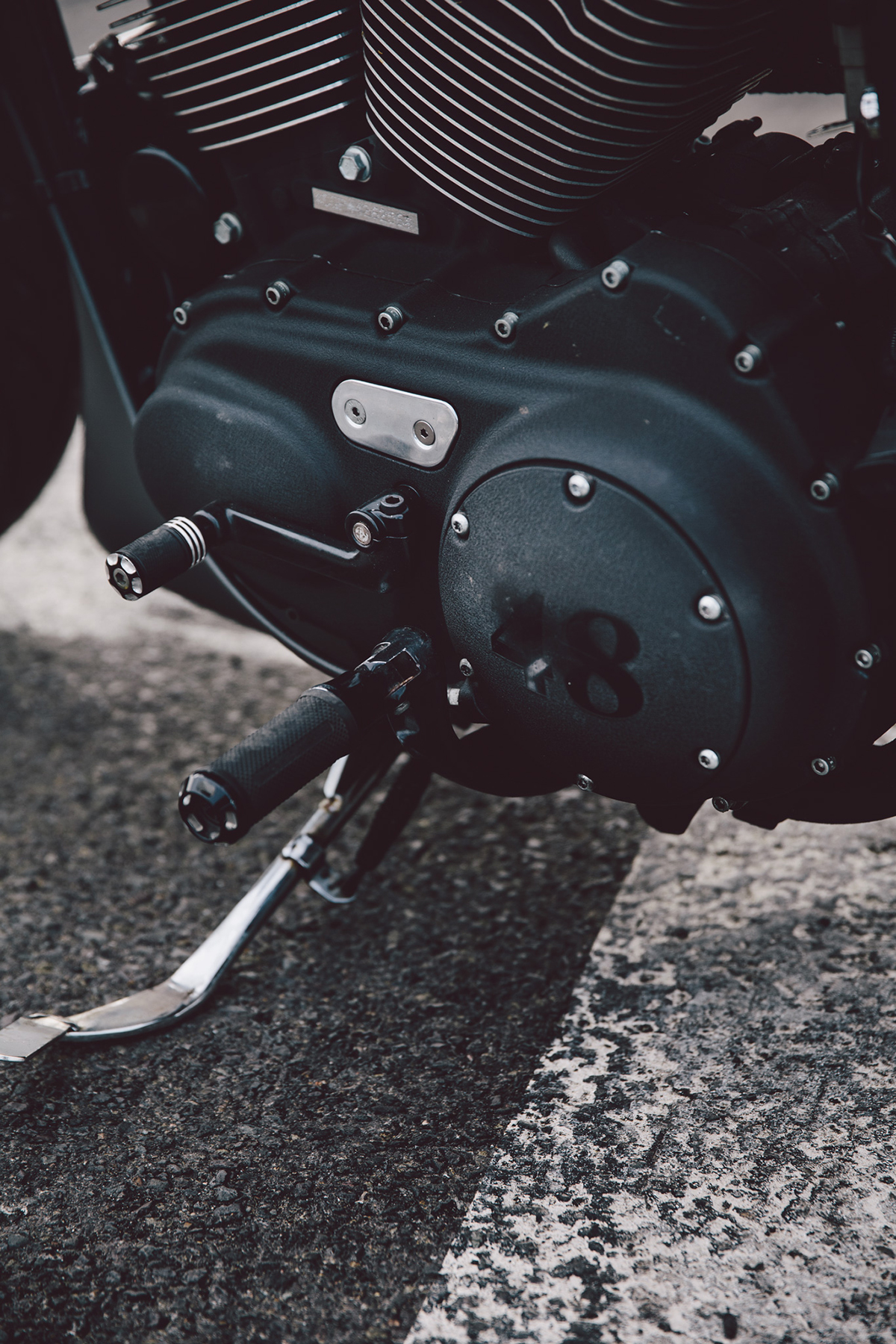 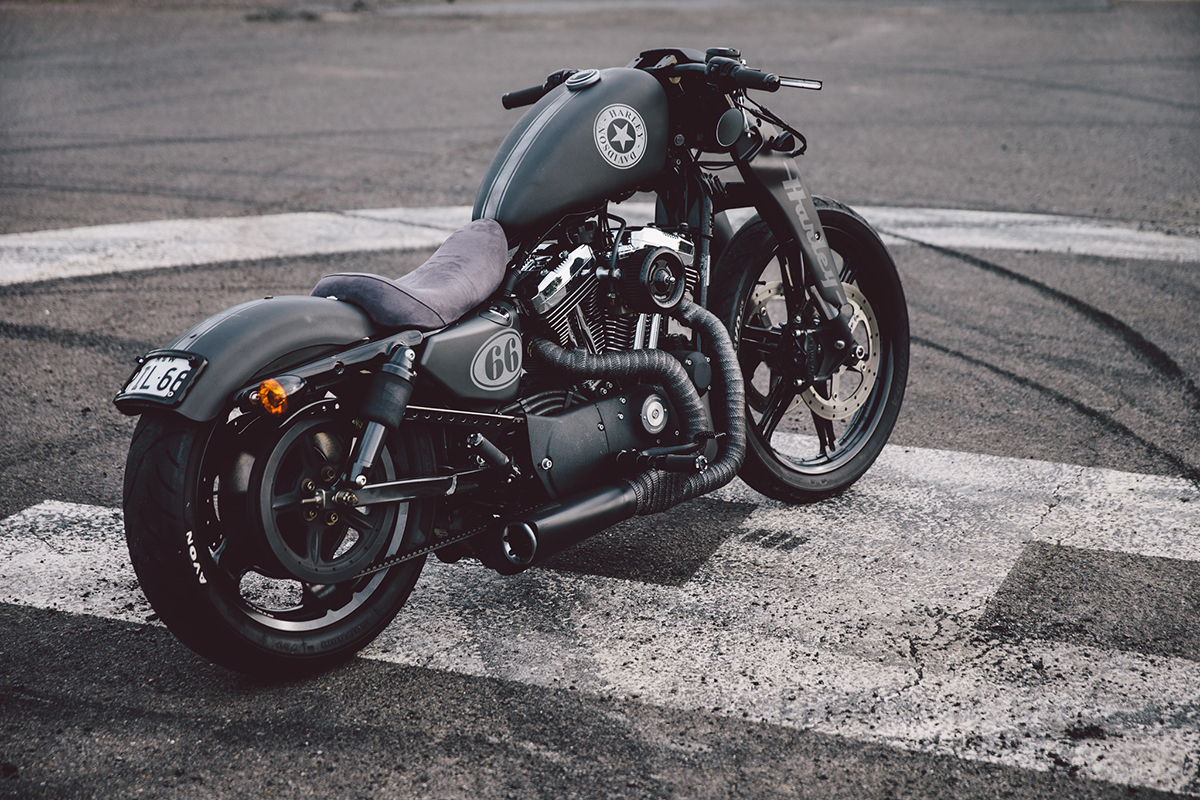