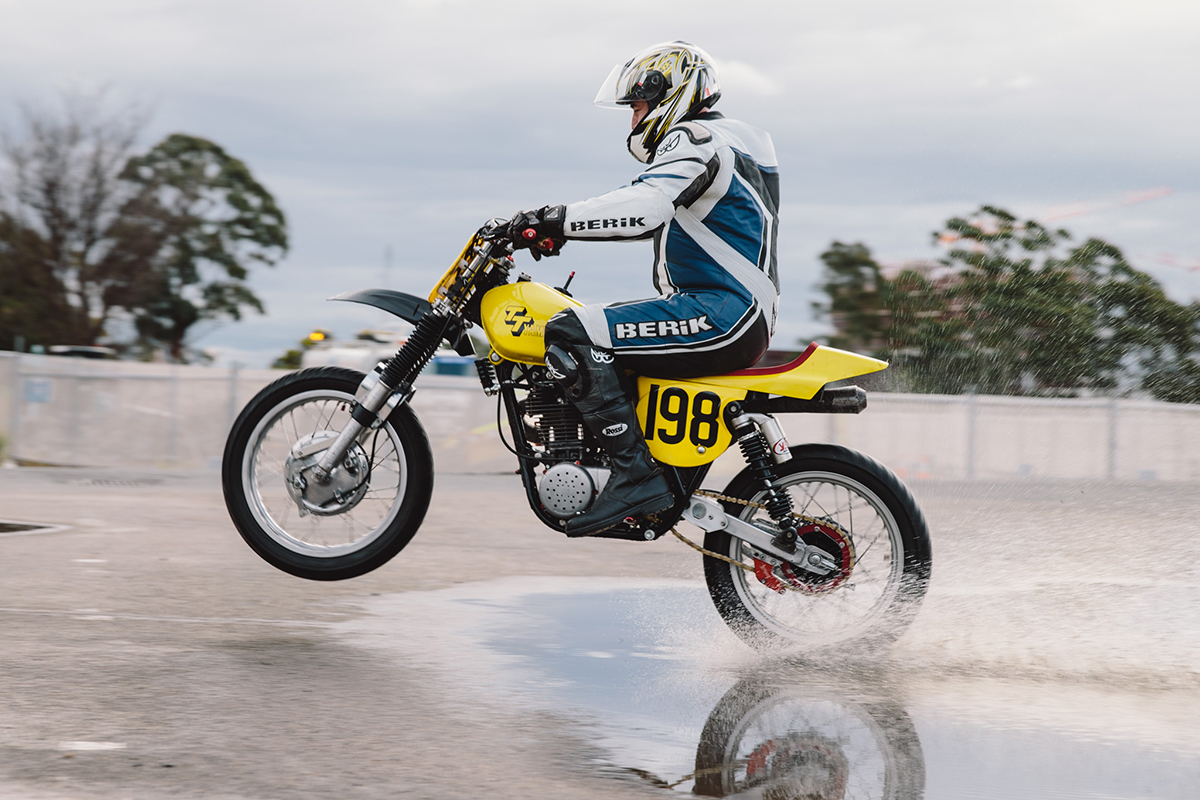 A crazy idea, $50, and a good amount of pestering from a mate were the catalyst for what would be Curly’s yellow hoon-machine. It took some years and a bit of coin to complete this build, but the result is a perfect translation of an initial idea to a physical machine. 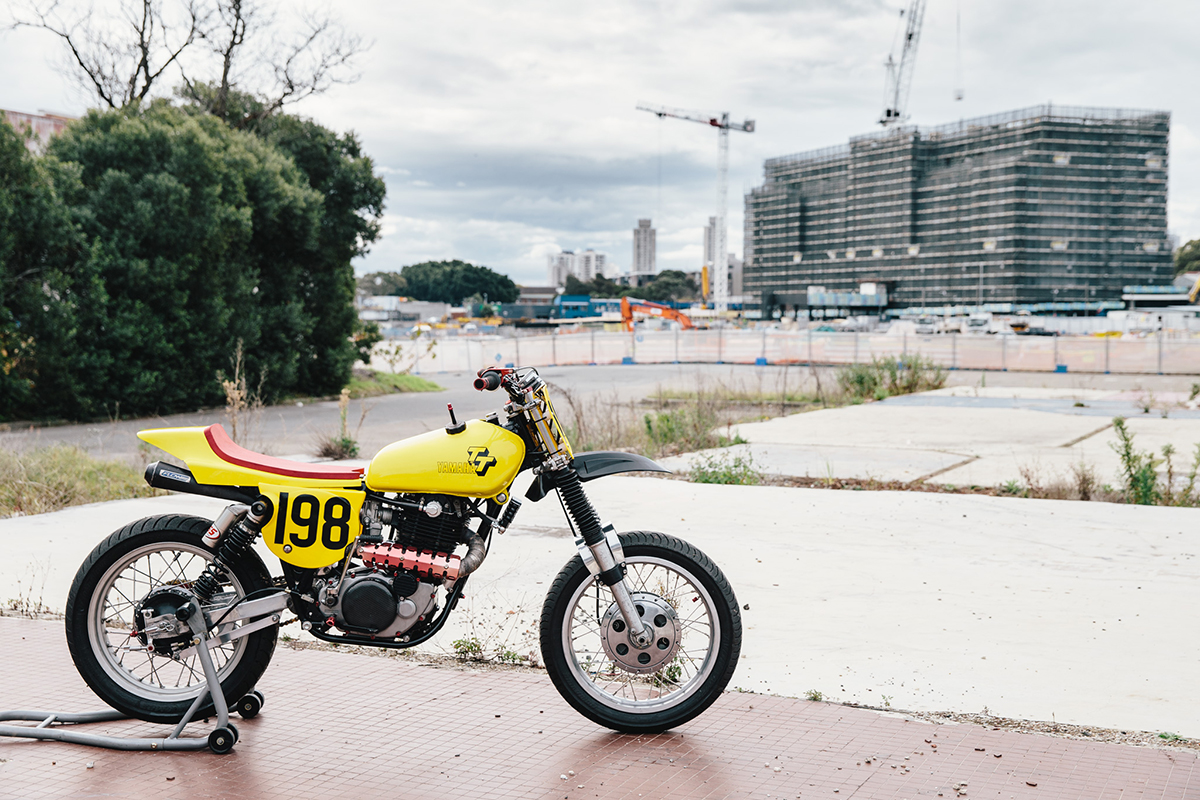 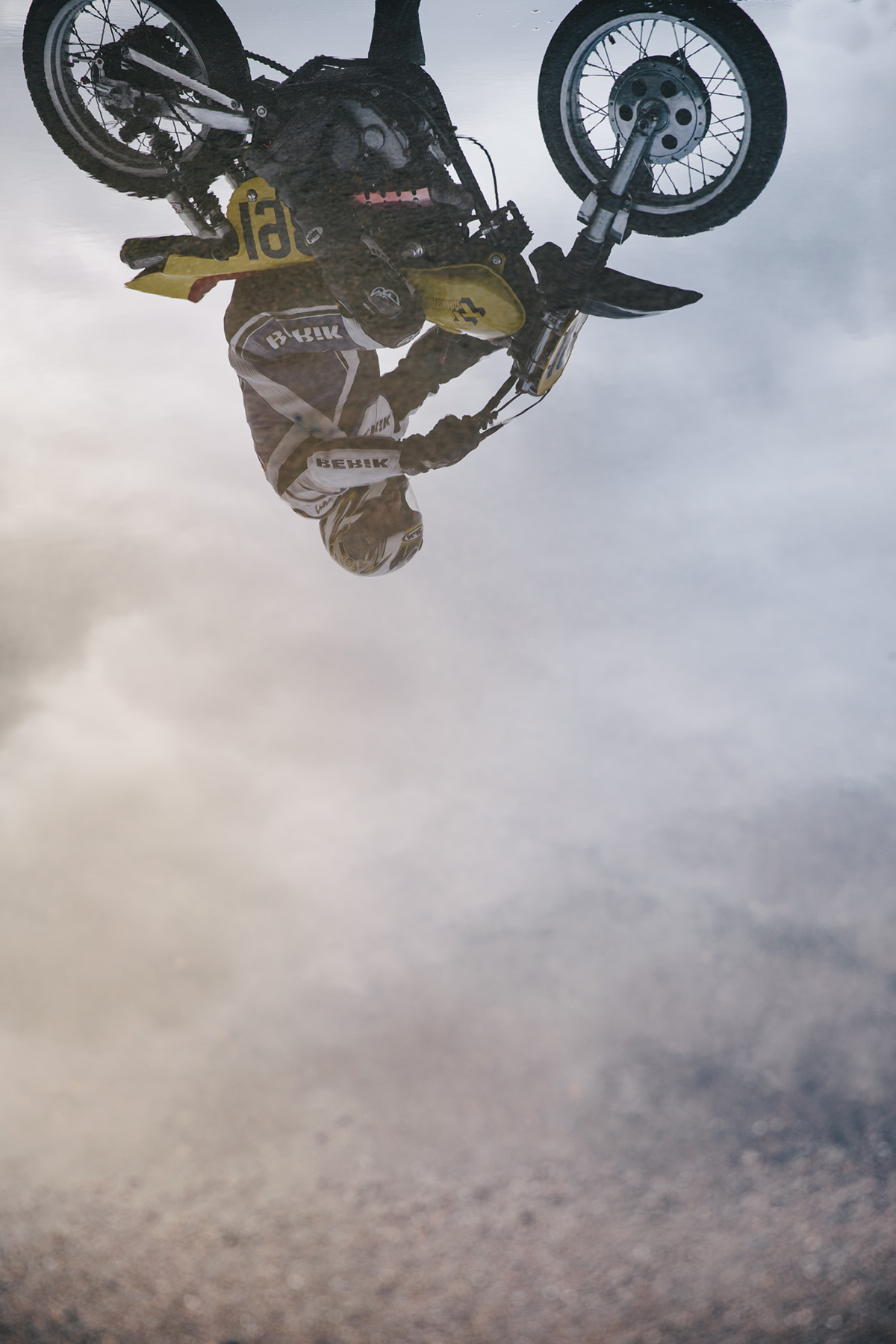 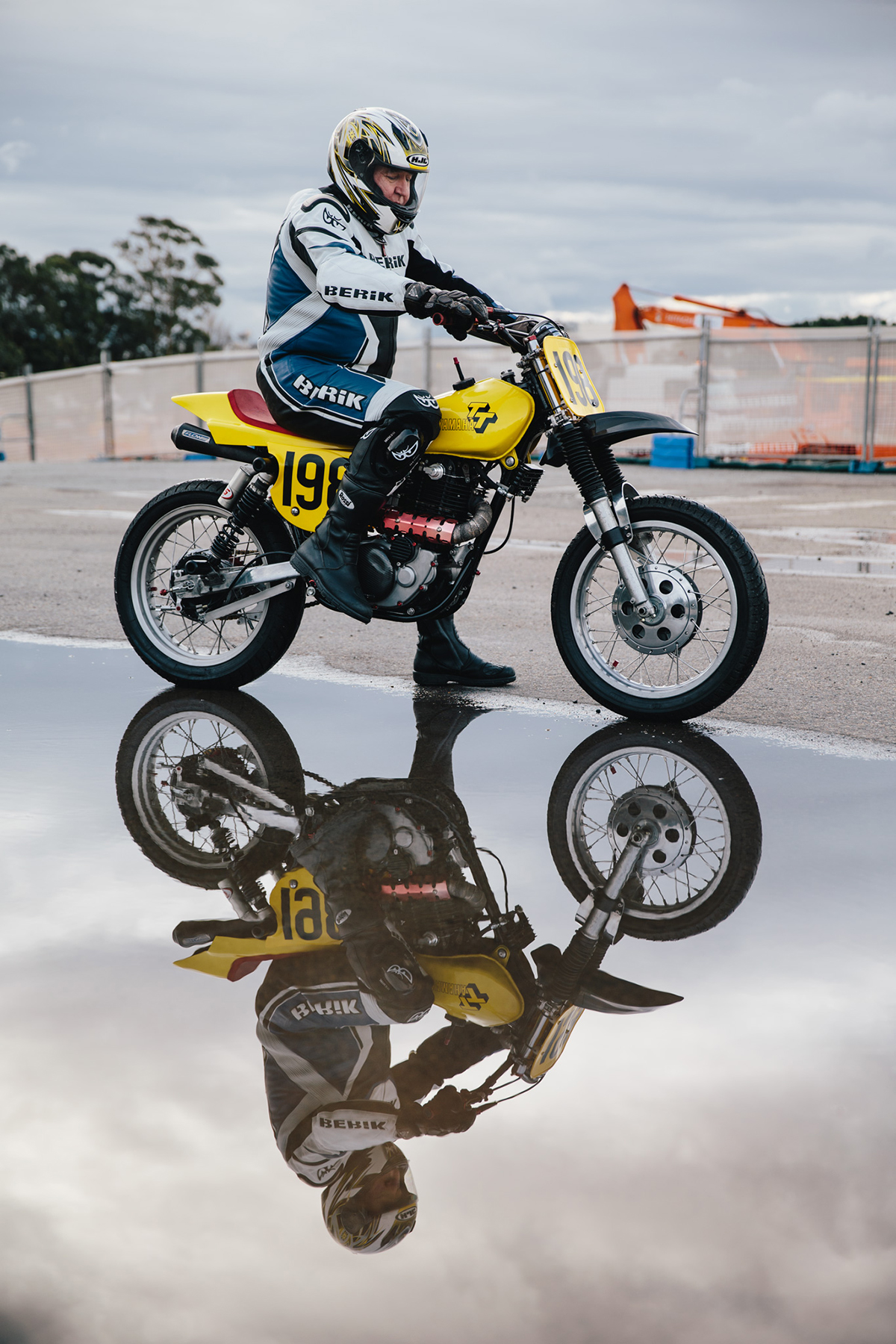 It was 8 (or 9, who knows) years ago that the seed for this build would first be planted. After joining an SR500 club, a mate began to dig his elbow into Curly in the hopes he’d start to hit the track. “After a while, I thought why not! So I decided to start getting the pieces together for a new project bike. This would be a piece-by-piece project – there was no donor bike as such. I started with an idea in my head and a bare frame that I had purchased for $50.” 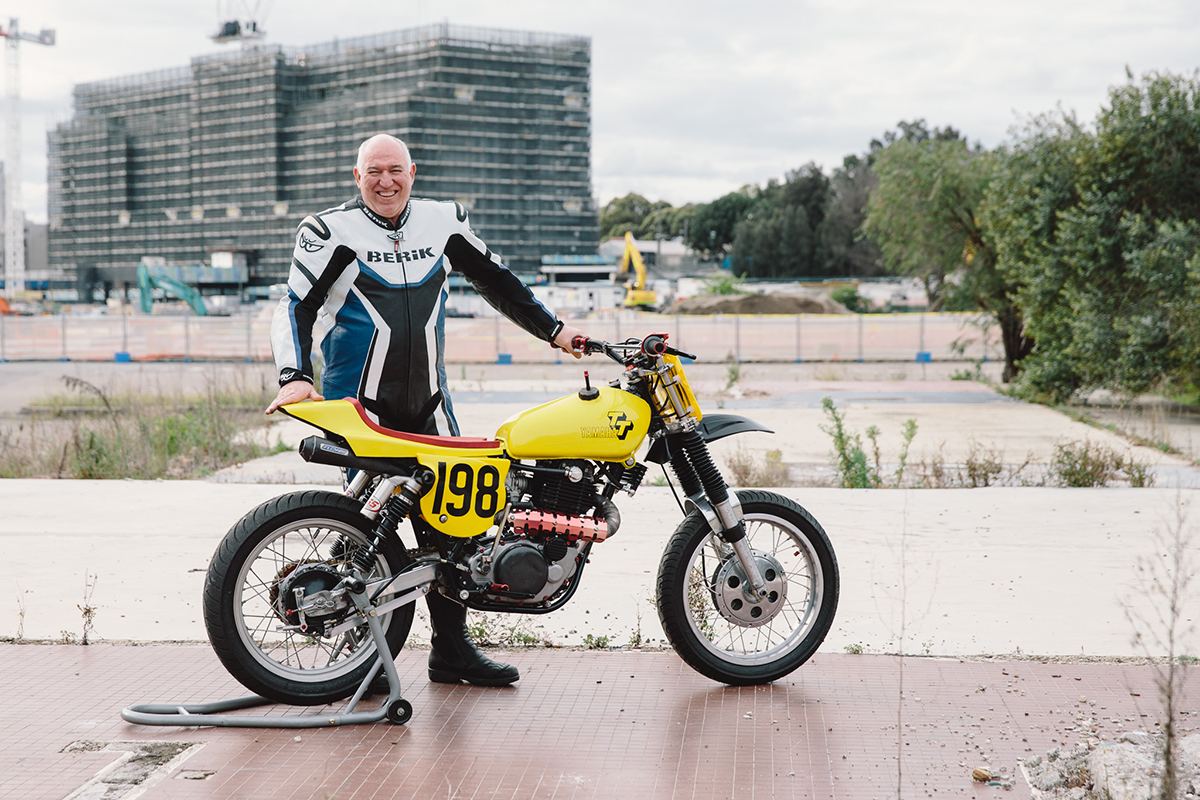 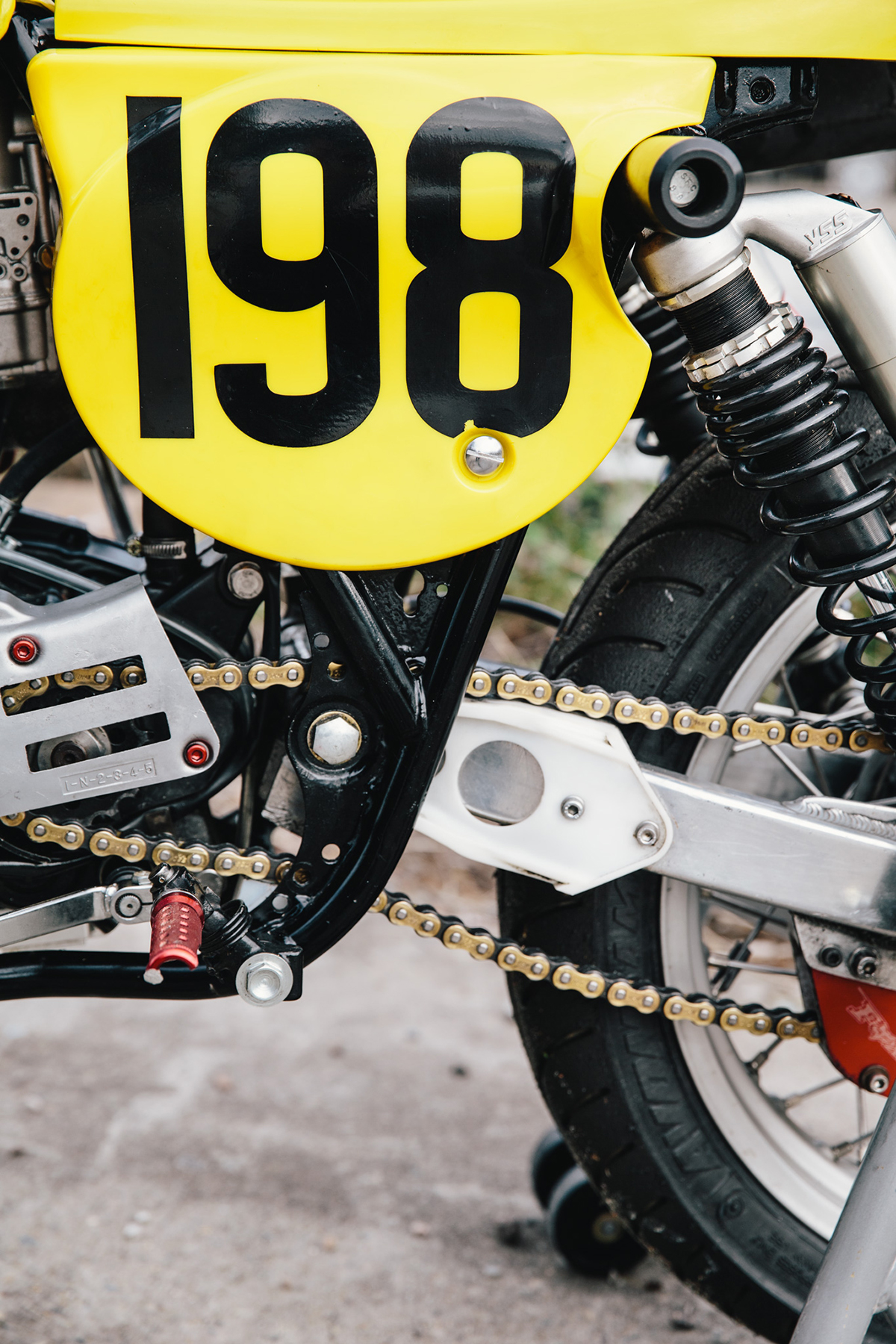 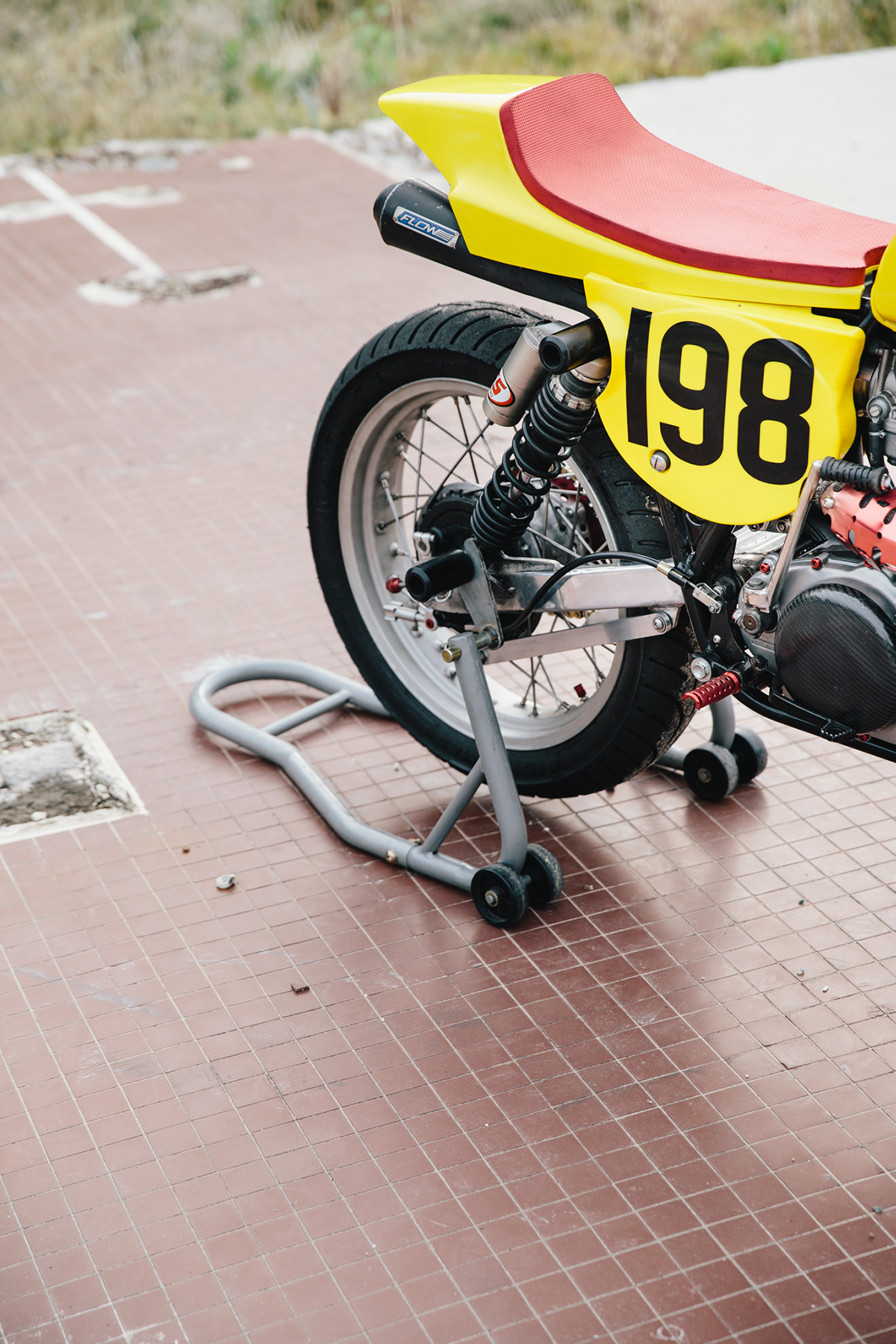 The idea in Curly’s head would eventuate into a 1976 Yamaha TT500, aptly dubbed ‘The Zetland Zooter’. This would be no quick and easy build, as care and finesse would be used in good measure to ensure this build would be exactly what Curly had initially envisioned. “I had most of the parts ready for assembly for a few years or so, but with health issues the progress slowed considerably”. The wheels of this build would not stop for good, fortunately. After a Sydney Café Racers track day, Curly’s enthusiasm for the build was sparked once more (courtesy of Mark Hawwa, respectively) so the momentum for The Zetland Zooter would be back, and in full swing. 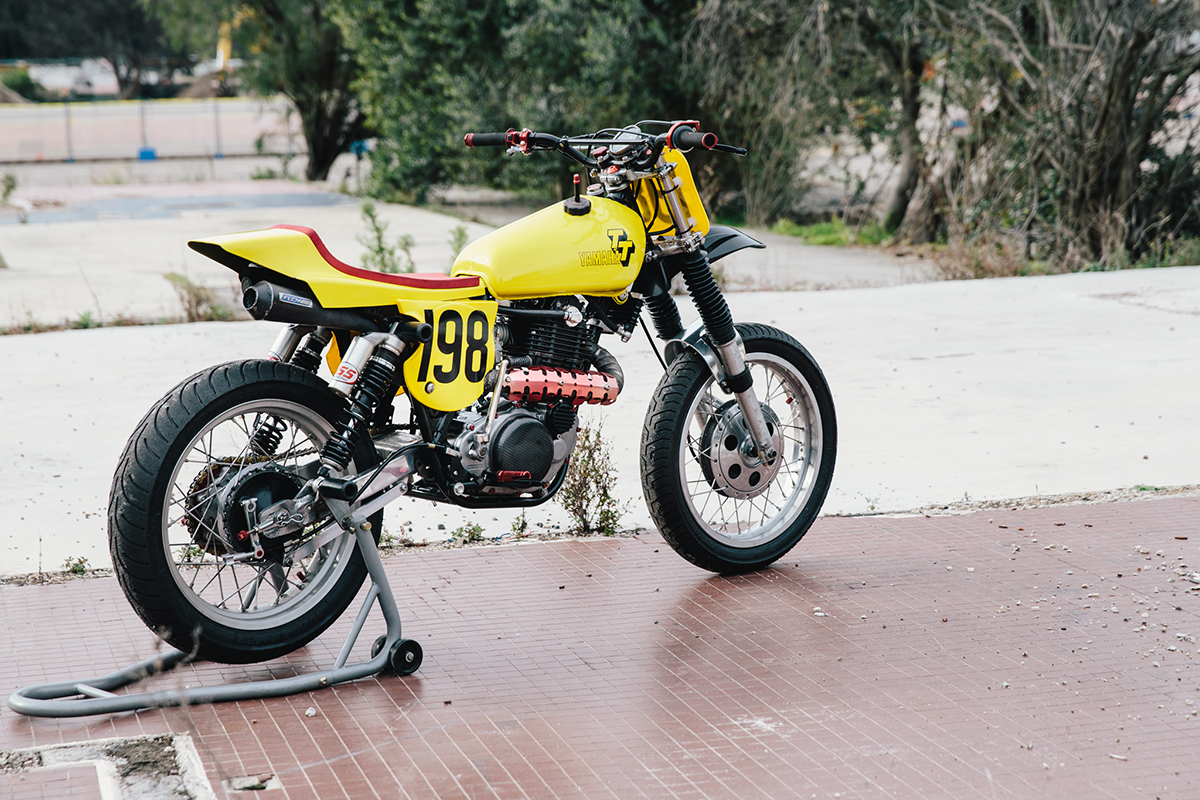 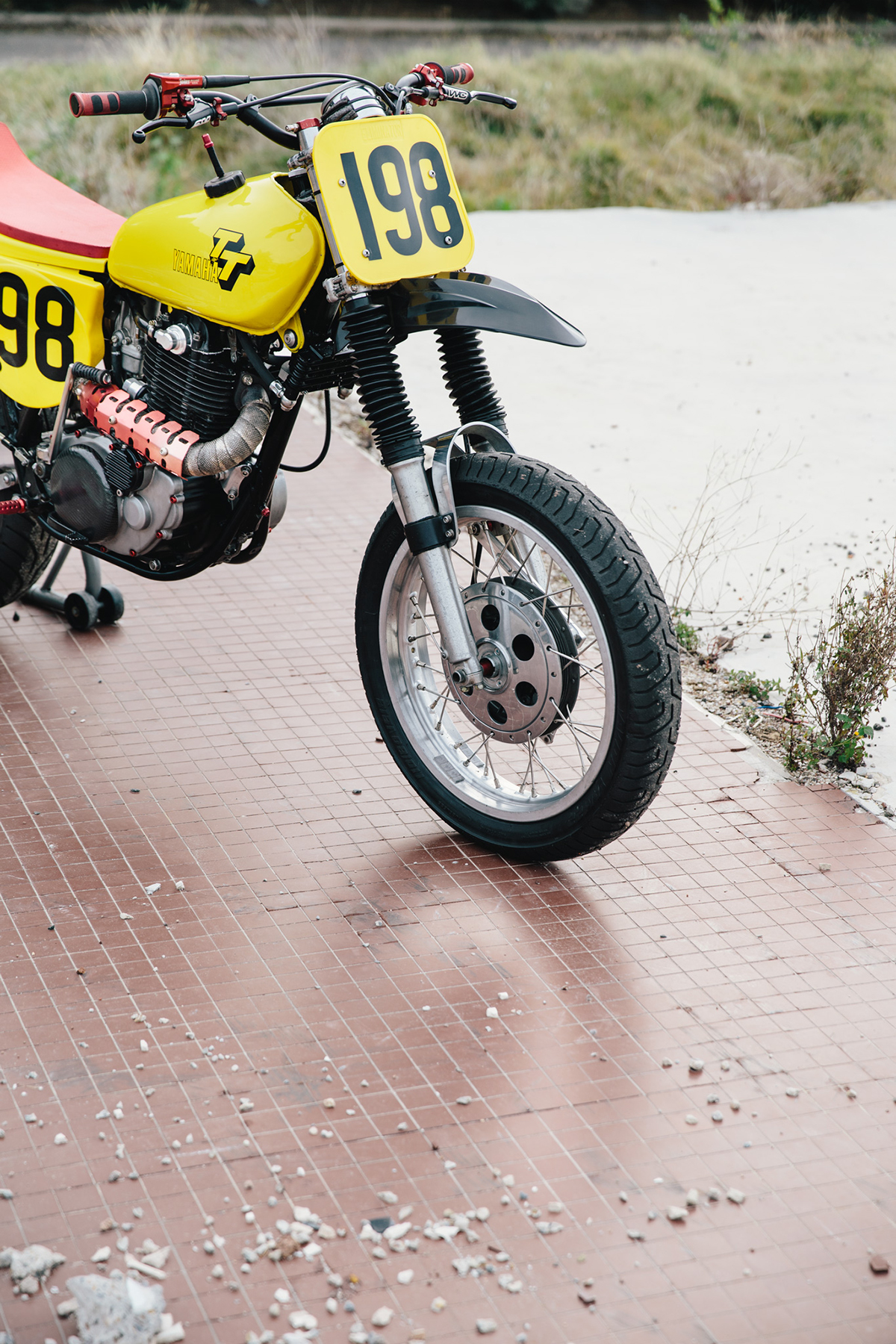 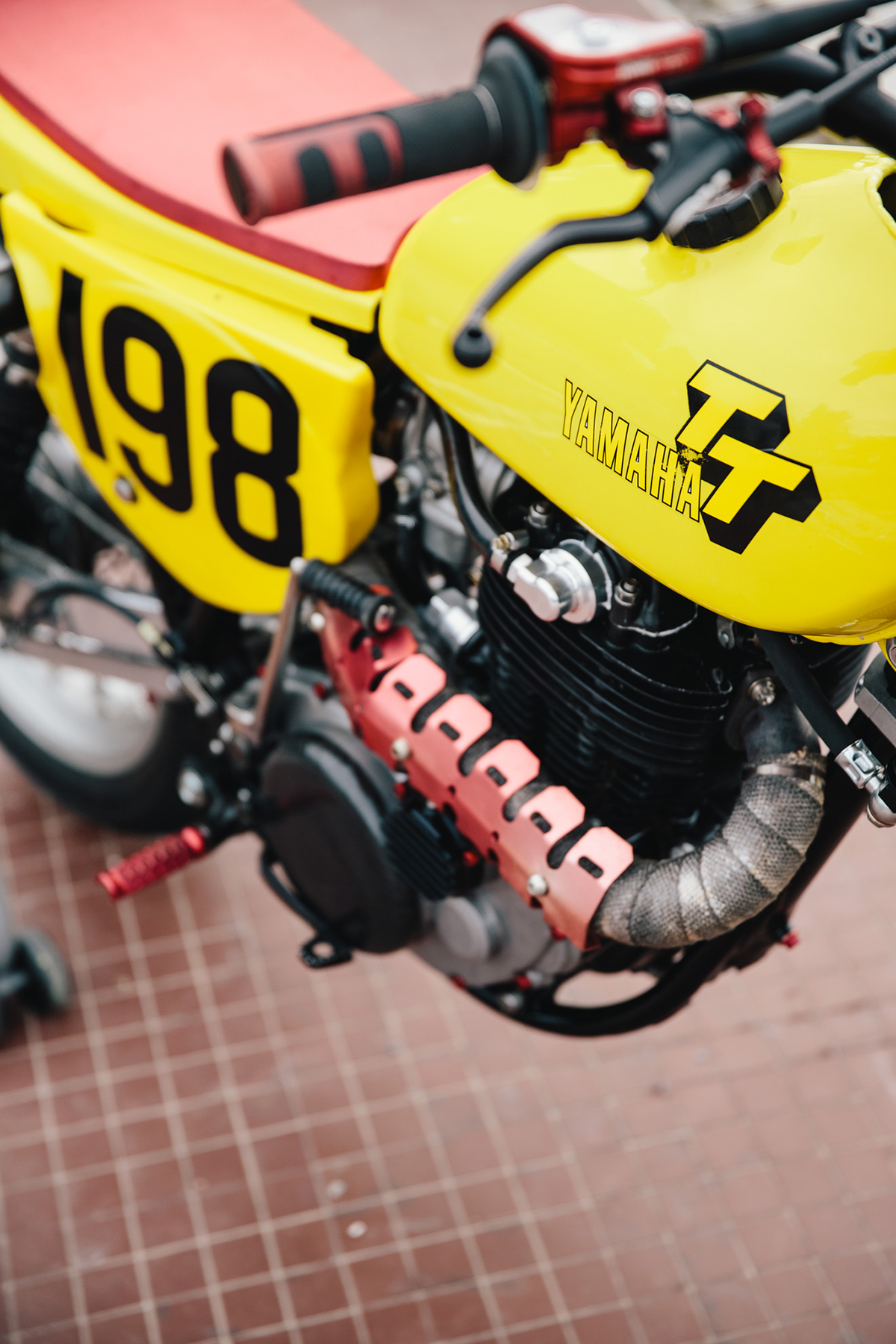 “I had the bug again, big time. So I clamped the frame to a work platform, and the “where did I put all those parts?!” phase began. We all know what it’s like, ‘I’ll put that in a safe place as I’ll need it soon’ turns into a time between now and next decade, and parts and their whereabouts are easily forgotten about.” Fortunately, Curly’s treasure hunt for parts would not be in vain, with the carefully chosen bits and pieces slowly making their way onto the bike.

“A lot of thought went into the way the bike would look and feel. The colour scheme and accents, to using drum brakes front and rear when I could have easily used discs were key in showing off that old school look. I used Honda CL450 twin leader for the front drum brake, and a White Bros alloy swing arm with YSS piggy back shocks. I was going for a USA style dirt tracker bike; it was 7 years of work and a lot of coin all up but I think I’ve nailed it.” 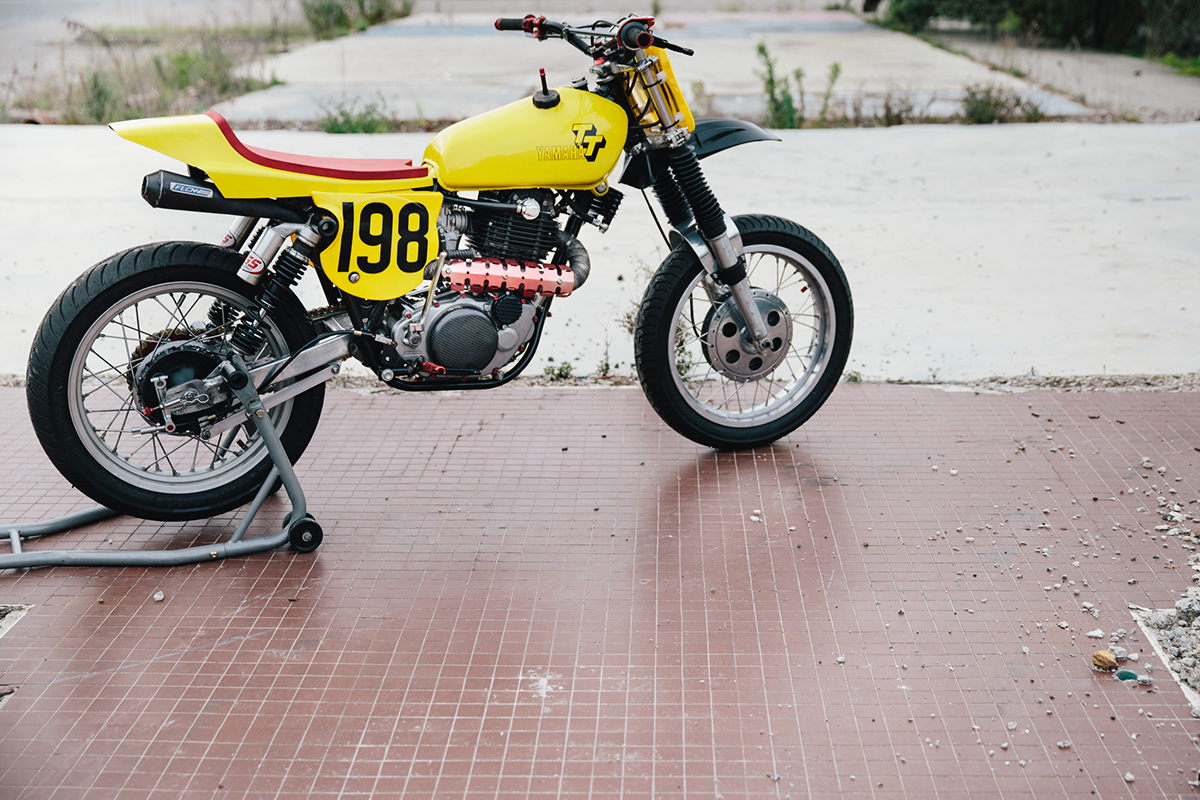 This machine is sure to catch the eye of many in any pack of bikes, both with it’s colour scheme and it’s quality of build. “I love the look of the bike, it looks fast just sitting there. The way it attracts people to come over and have a look when it’s sitting in the pits from the fellow riders to those that have no idea what it is but just love the look of it. The bark from the reverse cone exhaust, the super light an nimble handling. I never thought it possible on a TT500 but I’m scraping the pegs – still not getting my knee down though but close!” 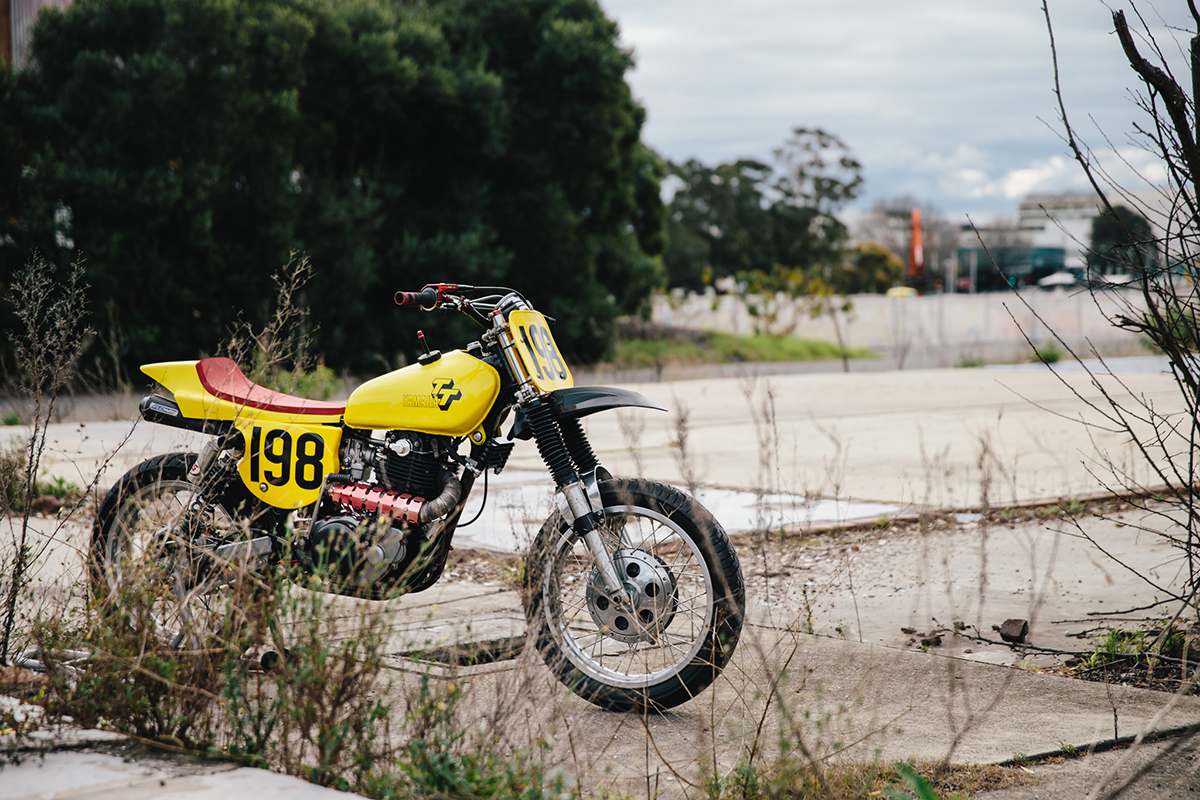 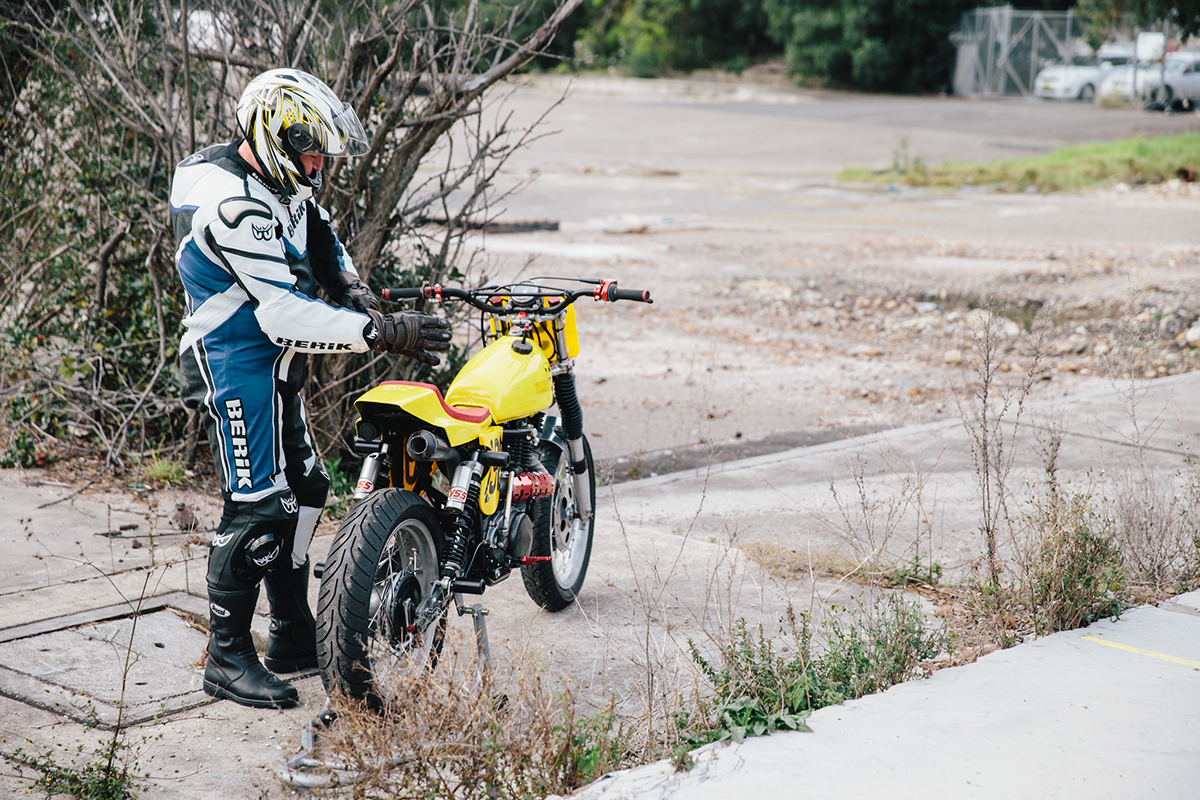 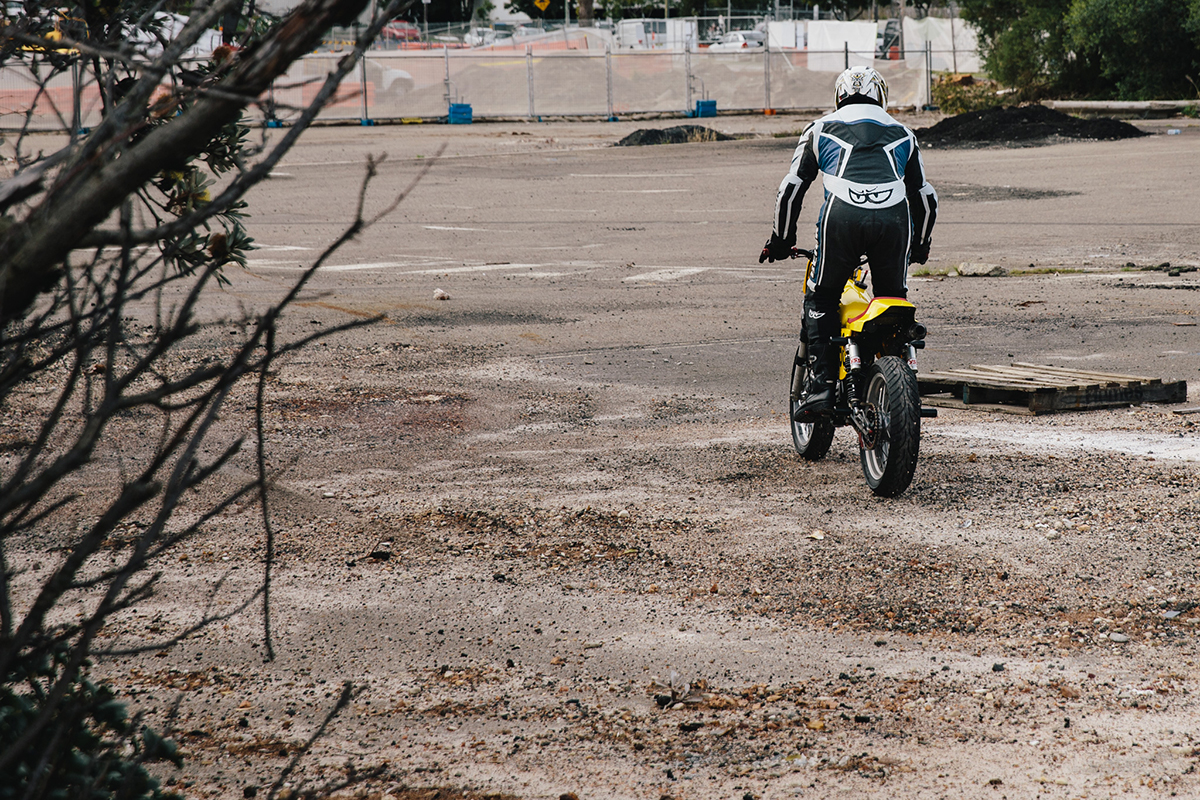 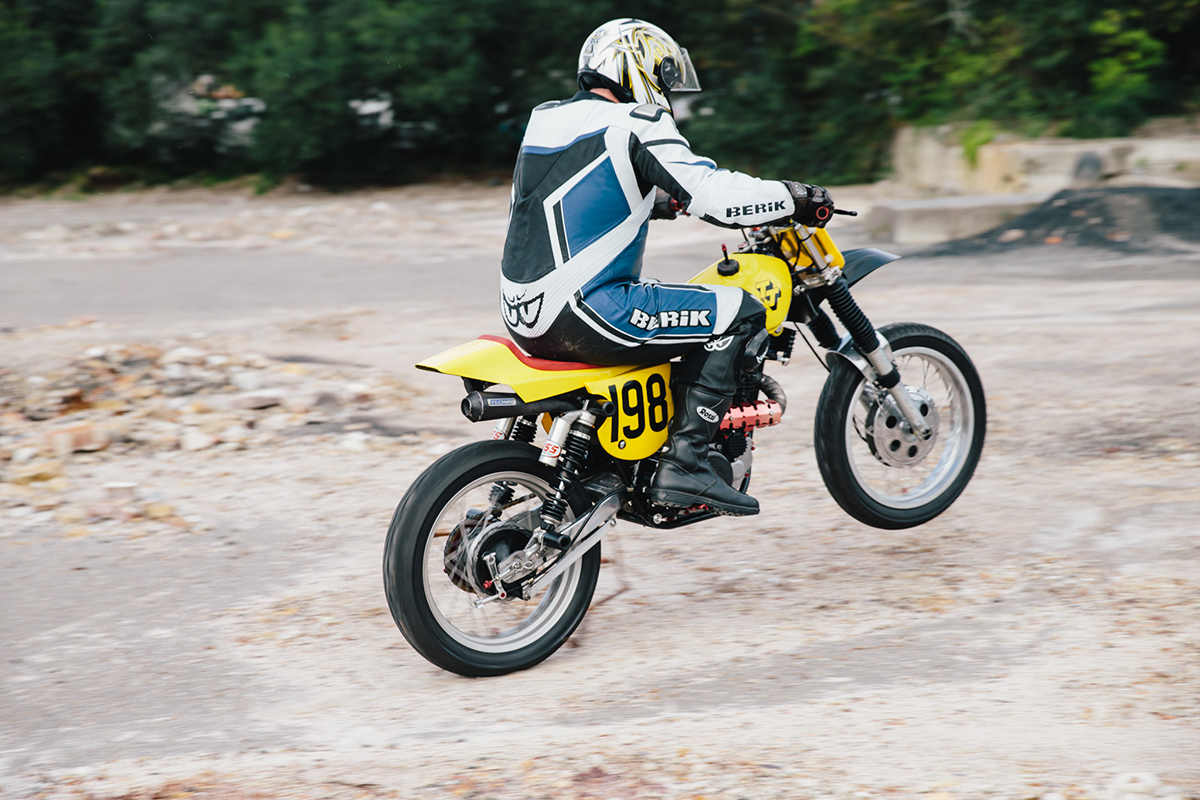 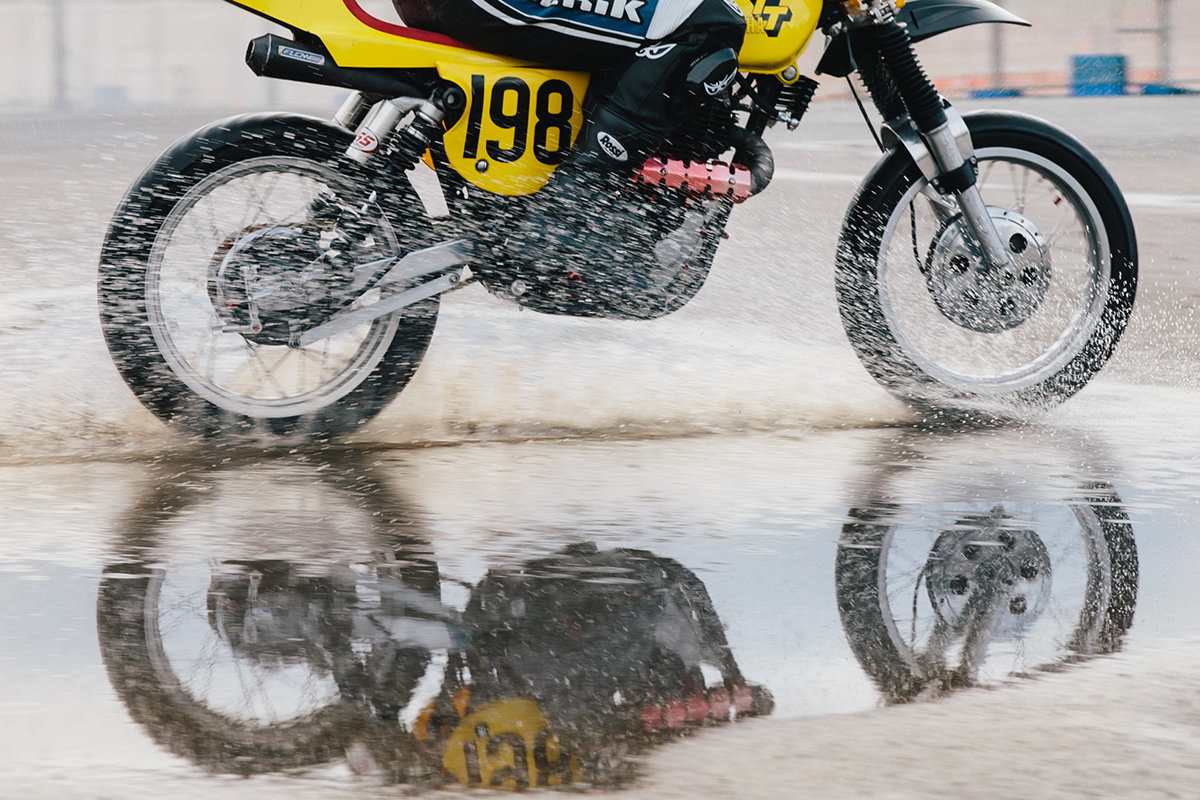 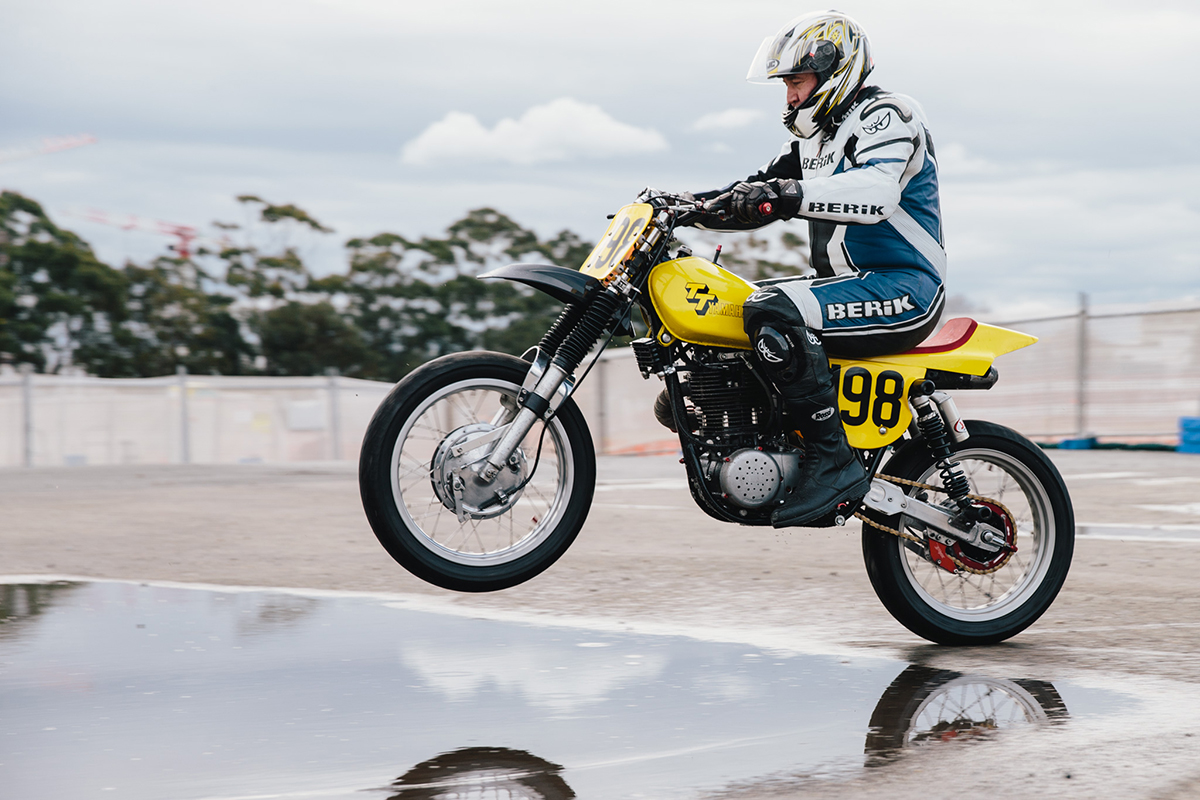