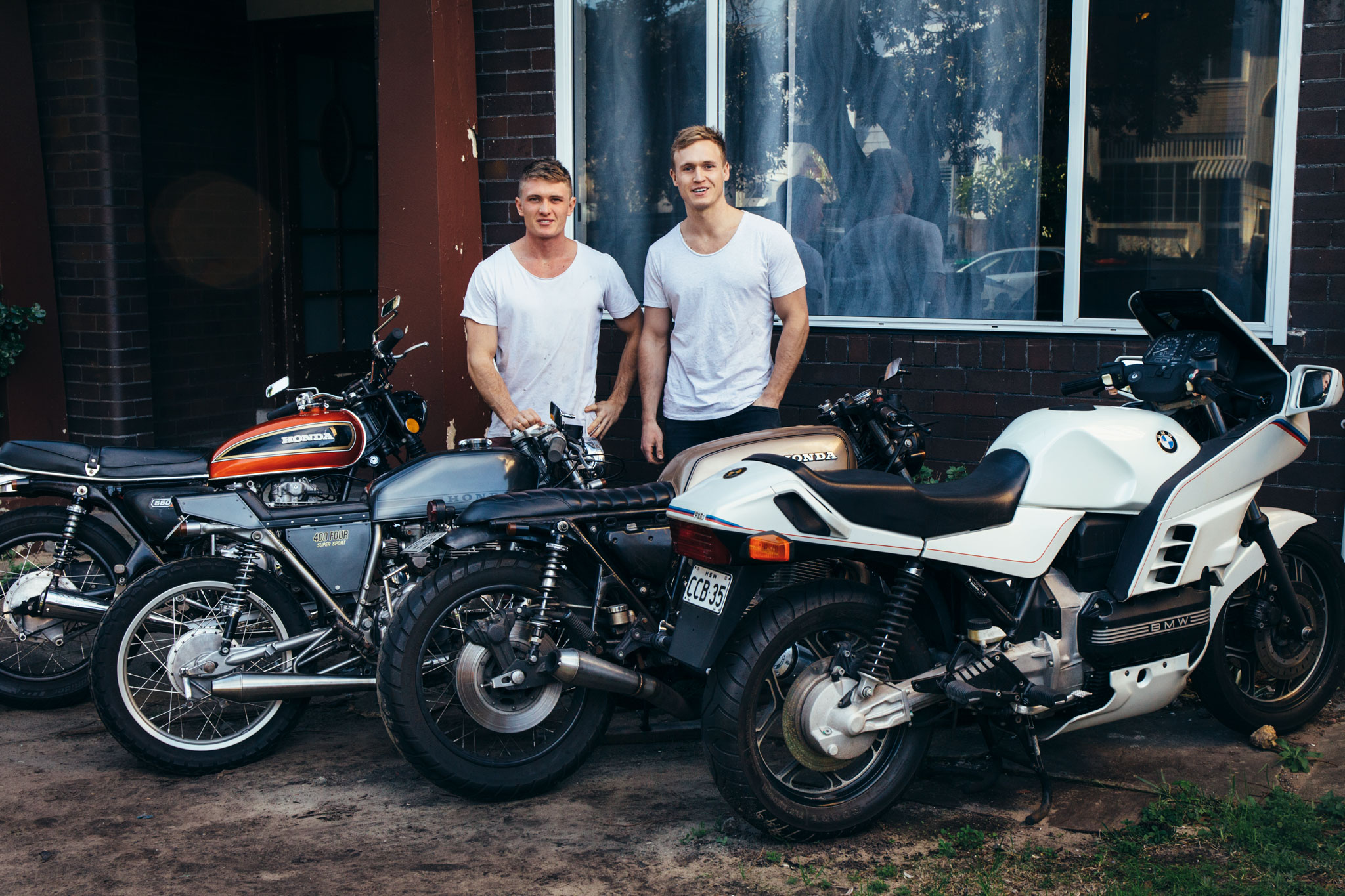 After checking out the home of brothers Finn and Lars, you begin to imagine what their poor mother no doubt had to go through, with the living room turned into a bike workshop. Fortunately for her sanity, they’re moved out and are making good use of all the space they have. 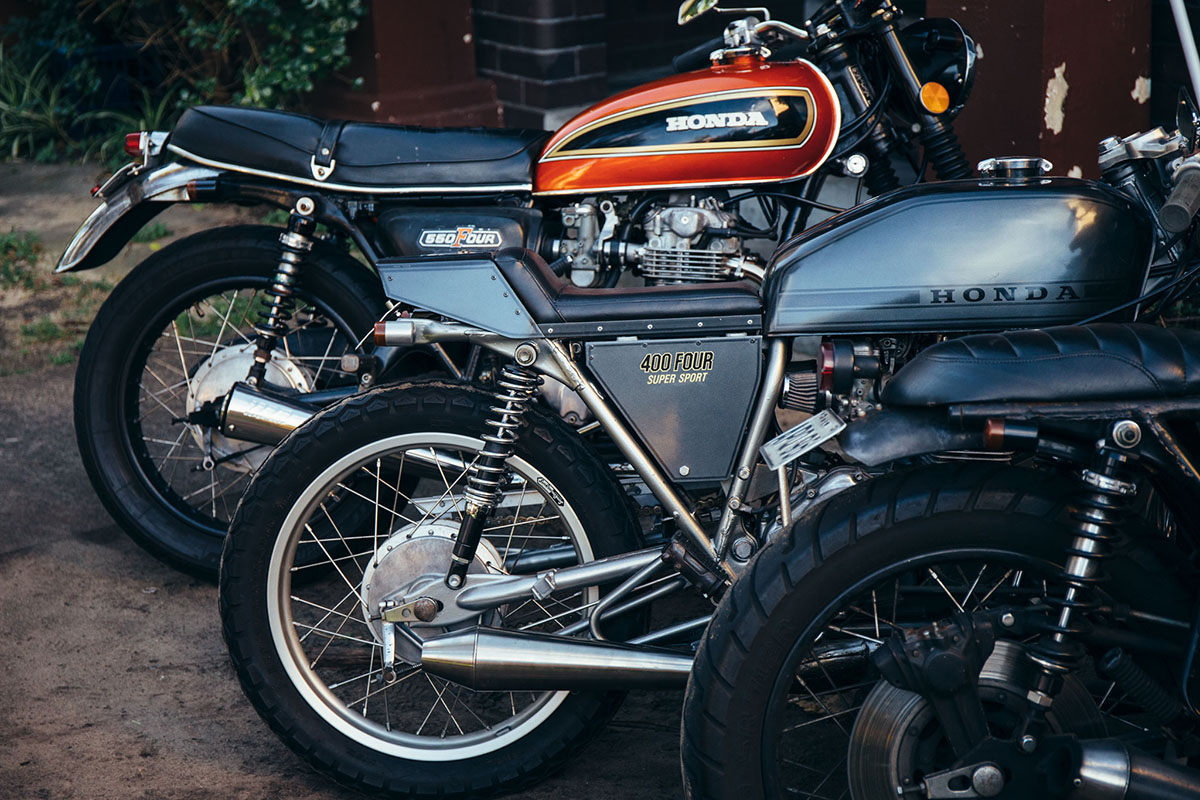 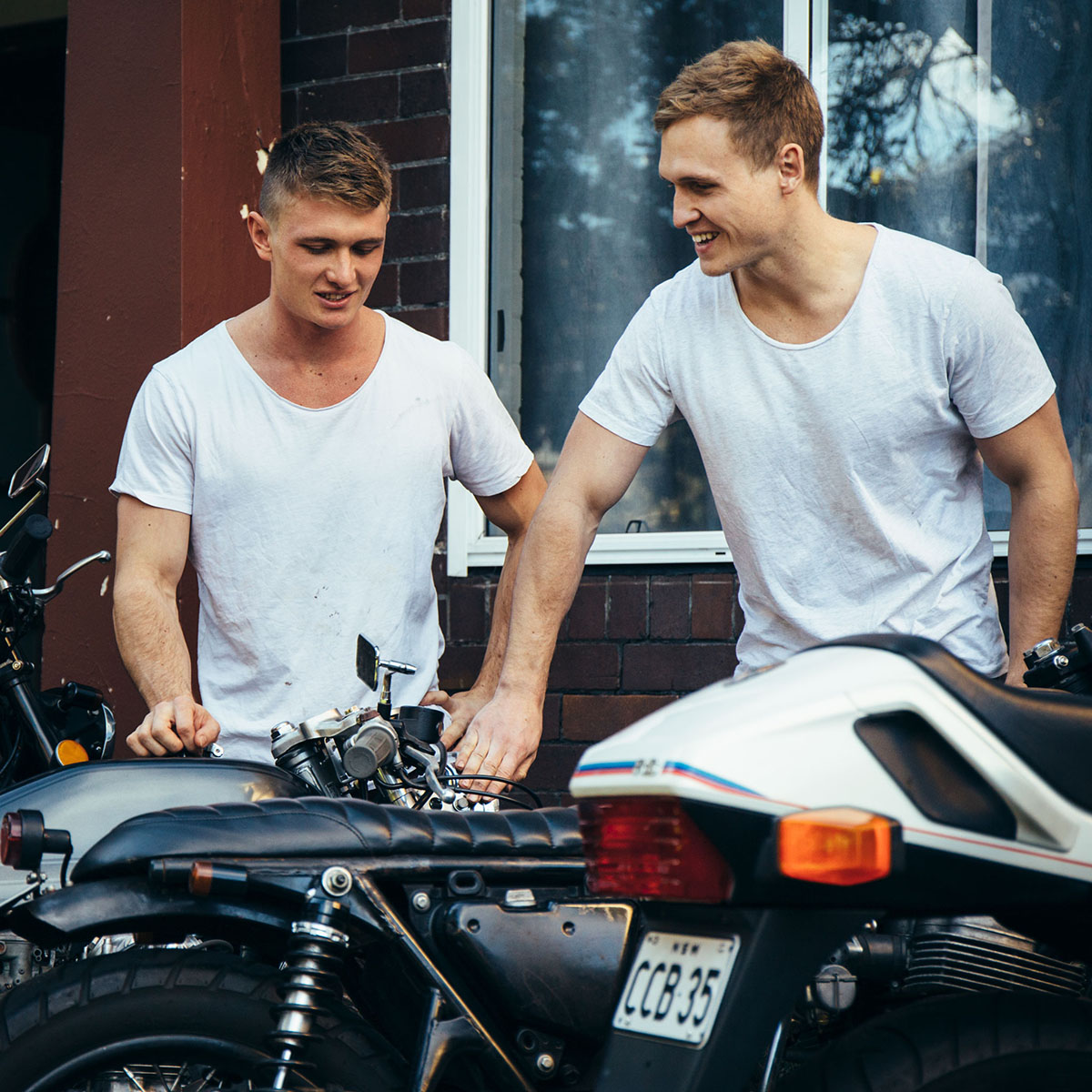 Early memories of being glued to the TV when he was still in a nappy, jumping and yelling at whatever motorcycle race was on, formed the foundation of these brothers’ love for bikes. This even led to a very young Lars constantly kamikaze-style crashing his tricycle as he rode around Centennial Park. “I’d launch myself from the seat and yell “Wayne Gardner fall down!” so my parents knew it was only a matter of time until I jumped on a motorcycle.” 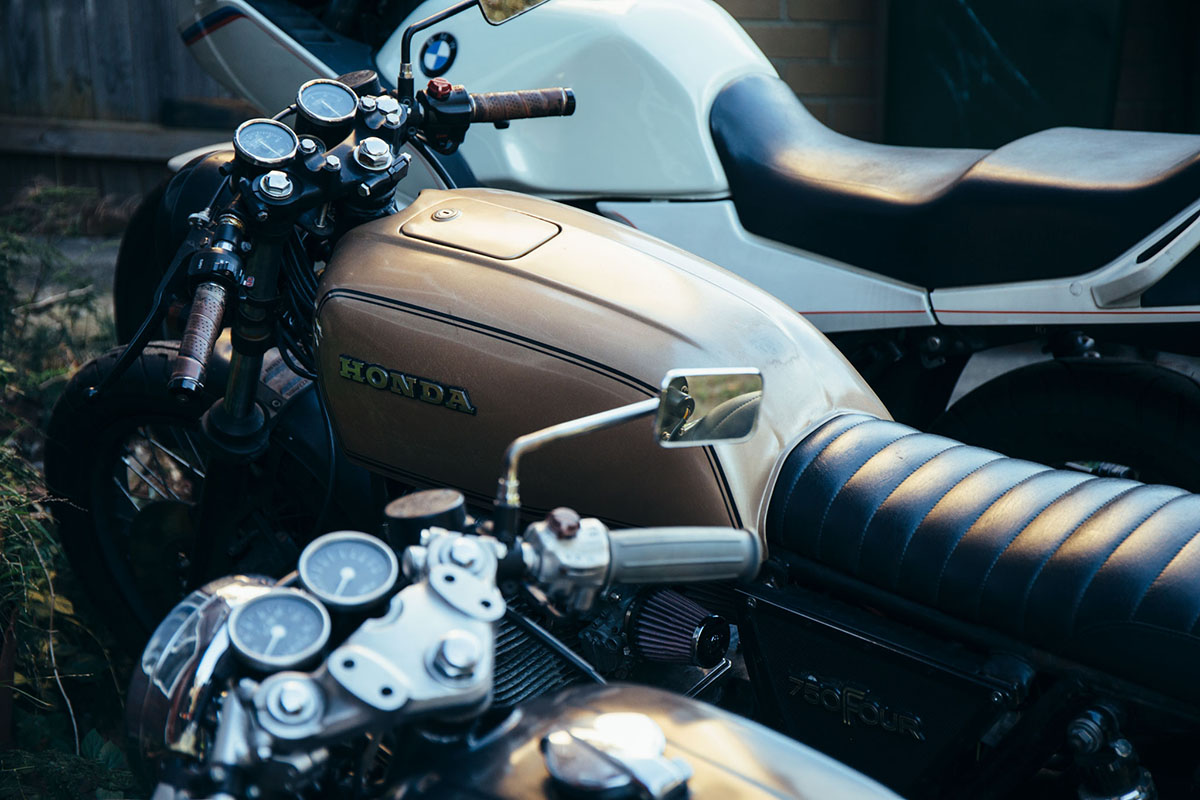 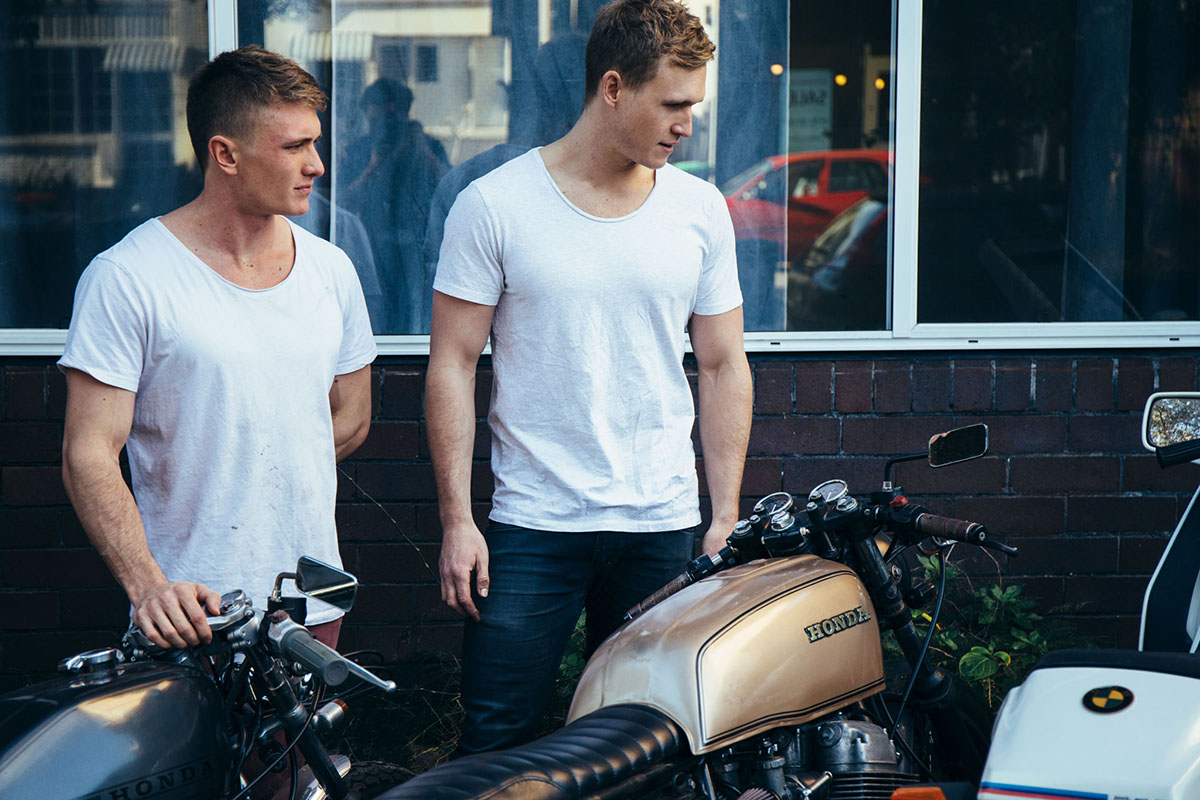 As nature intended, Lars’s younger brother Finn would of course get into the machines as well. “Lars let me ride his 1975 Honda CB400 Four, it was bloody amazing. I’d been riding his 1998 Yamaha SRV for a couple of months, but the day I took the inline 4 out for a spin I never looked back.” 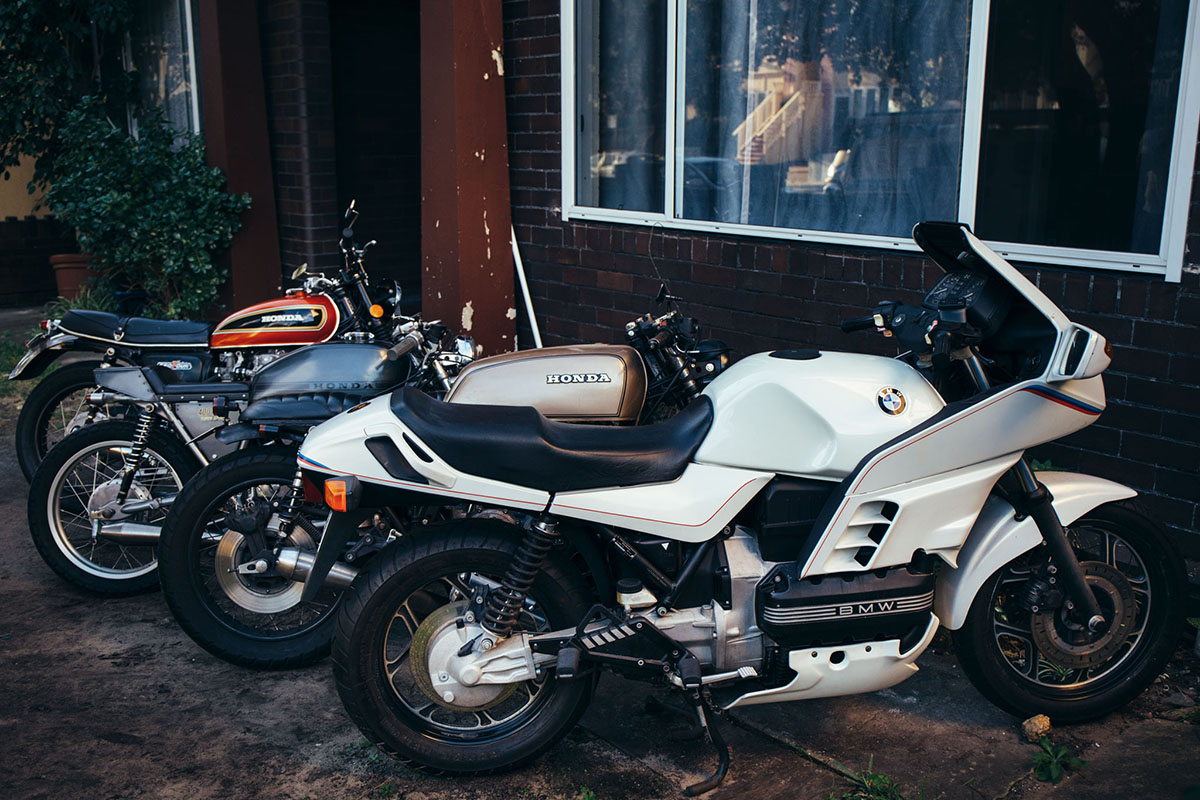 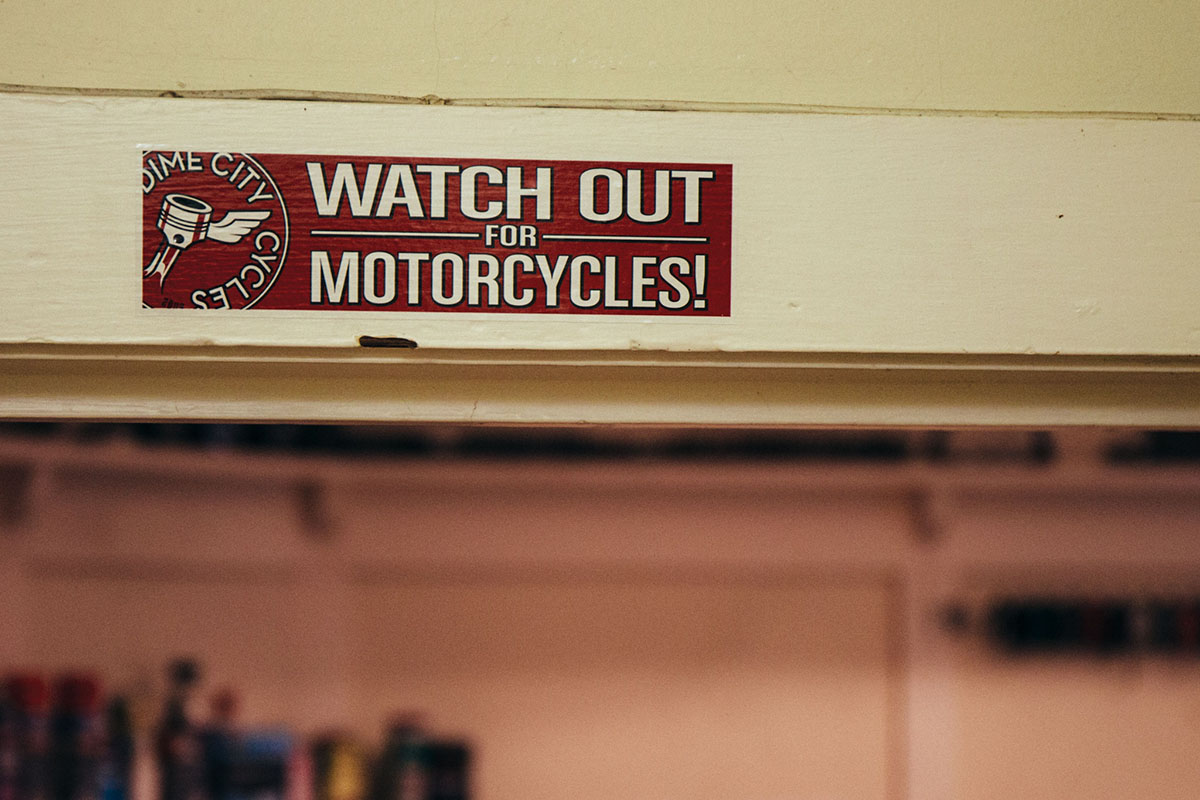 With bikes comes bike repair, and often bike customisation. The skills required for most of this work would be grown inside the factory of the boys’ Grandfather, who built ultra light aircrafts in Botany. Fresh out of school, Lars was taught how to use all the tools required in completing these aircraft. “I had access and learned to use everything under the sun, including a lathe, pedestal drill, drop saw, grinder, sand blaster, welder, and most importantly – the broom. This was all happening before I owned my first motorcycle, but would be invaluable for that fateful day when I would work on my own bikes.” 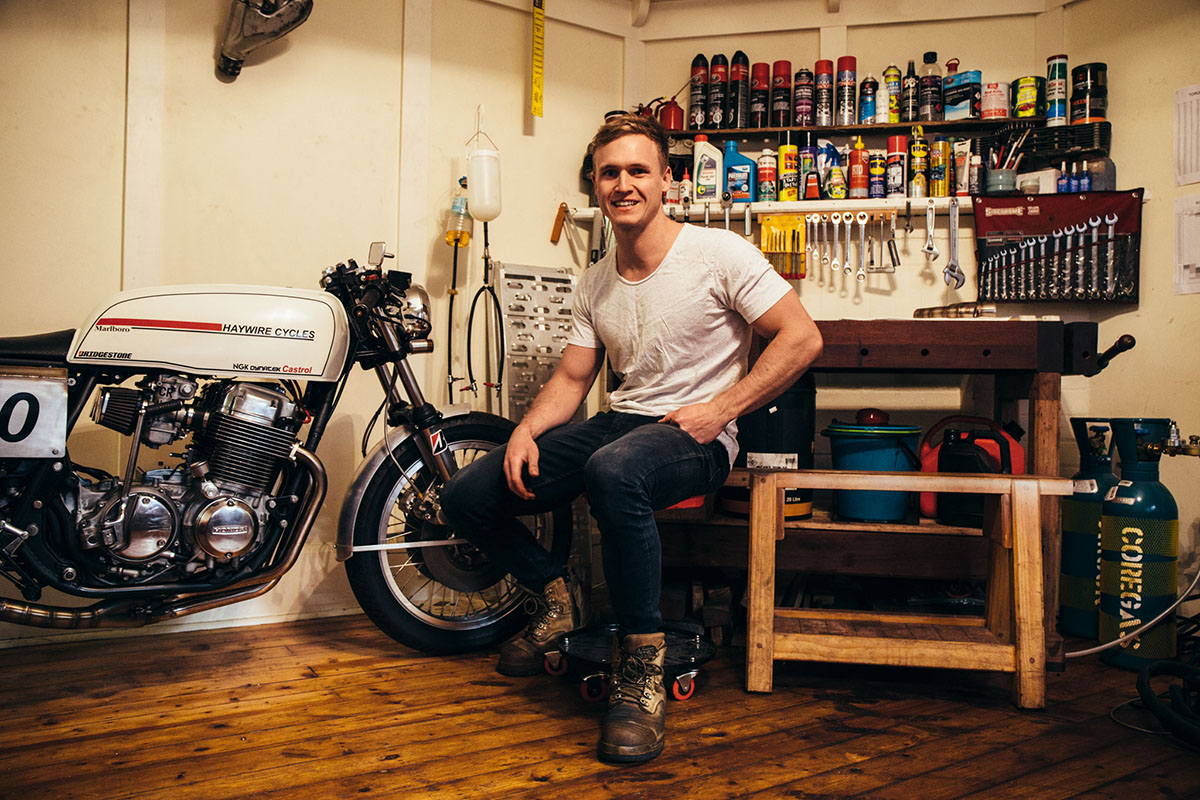 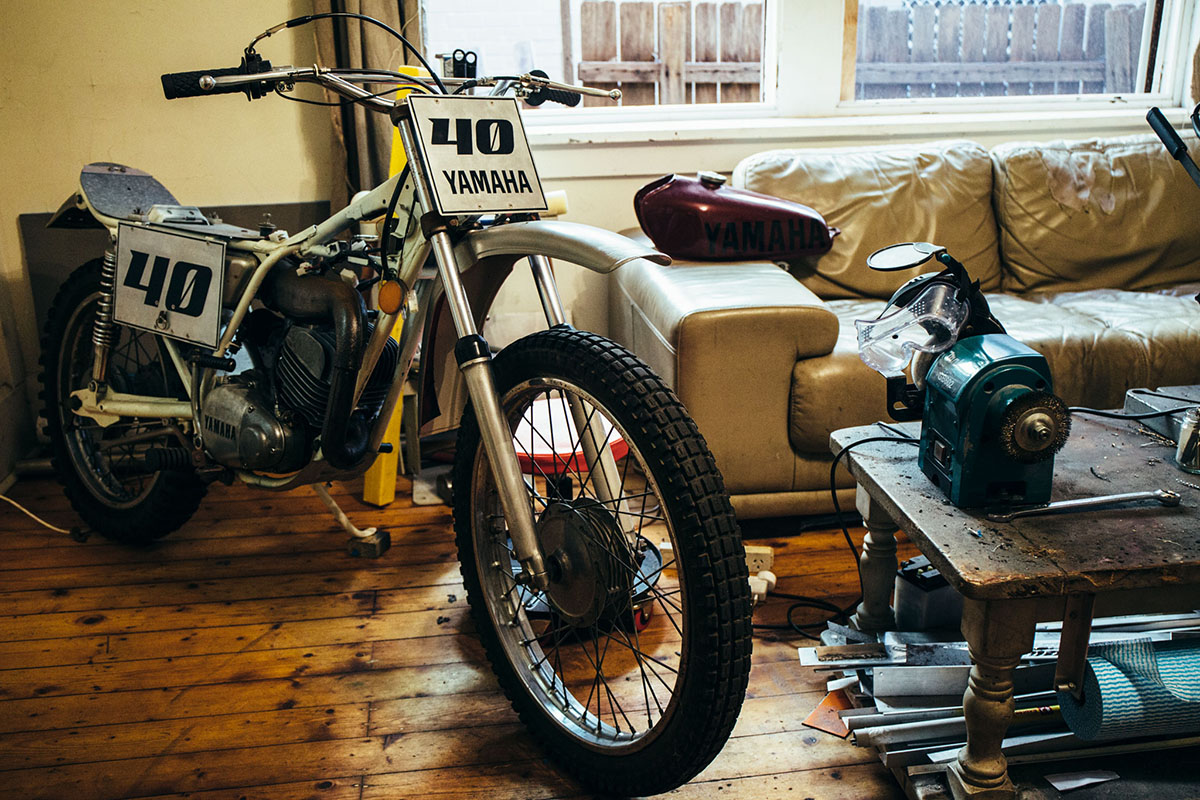 With Lars learning all this skills and earning money all the while, he was able to finally buy a bike for himself. This would be a 1975 Honda CB400F. “It had a dodgy gearbox that would jump out of first gear, a cam chain tensioner that was seized, an obnoxiously open exhaust, and it handled like absolute shit – but I loved everything about it. I don’t think I ever had the intention of rebuilding the engine (twice) or customising it much, but I soon found that every part of it needed to be fixed or replaced. I started with small jobs like changing wheel bearings and replacing fork seals, and I loved it. Before I knew it, the bike was completely torn down with parts scattered through my grandfather’s factory. I was constantly looking for parts to “fix” – be it mechanical or cosmetic.” 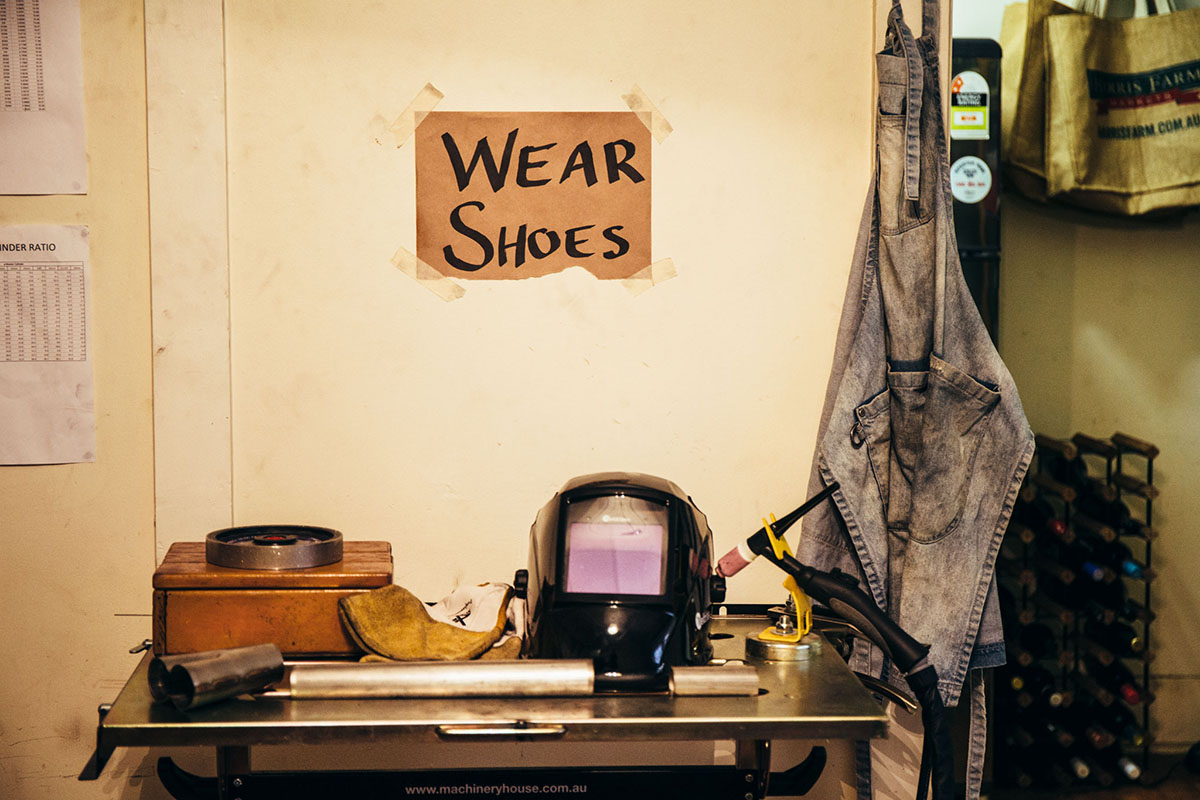 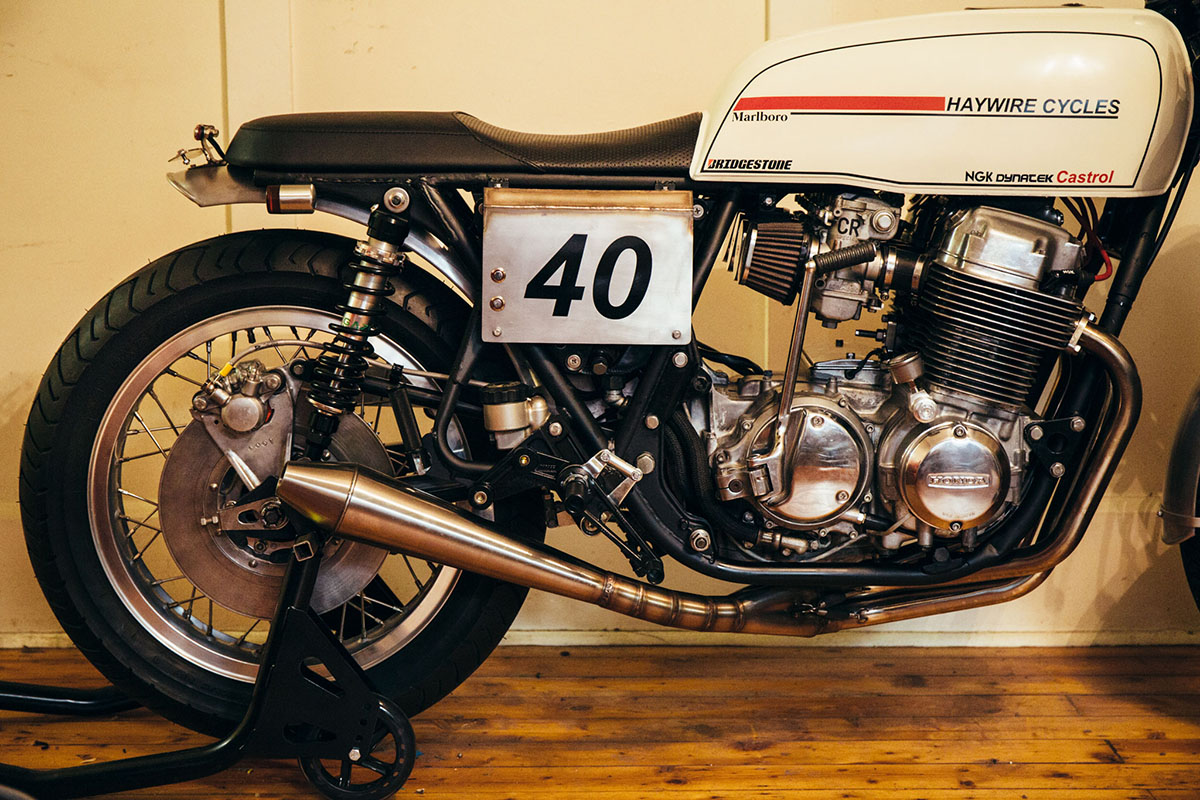 Finn would receive the same initiation into fixing up machines through the aircraft factory, and it’s no surprise to find the brothers living together in a home with a bunch of bikes out the front and a whole lot more going on inside. The lounge room has been converted into a make shift workshop. Anyone living near the city can relate to the sense of necessity that will overcome you when owning a motorcycle but no garage or shed, and so their living room slowly transformed to accommodate their needs. “The intention was never to turn the living room into a workshop, but hey – shit happens… It started with some basic hand tools, then some power tools, then solvents and oils, then more tools, bigger tools…” Well, you can see where Lars is going with this. Before long, the coffee table would play home to a bench vice, a pedestal drill, and a bench grinder. A workbench replaced the extra couch, and finally the dining table was ditched to make room for a welder with gas bottles.

The living room was now a workroom. 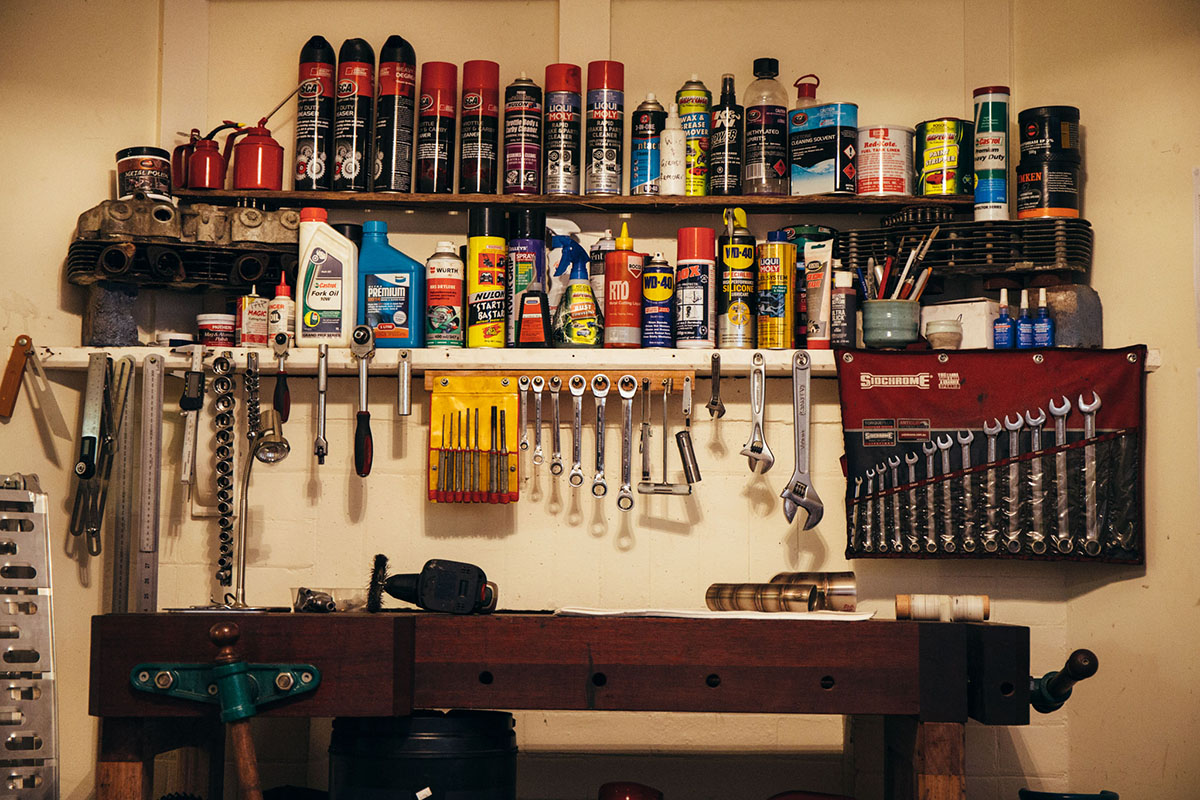 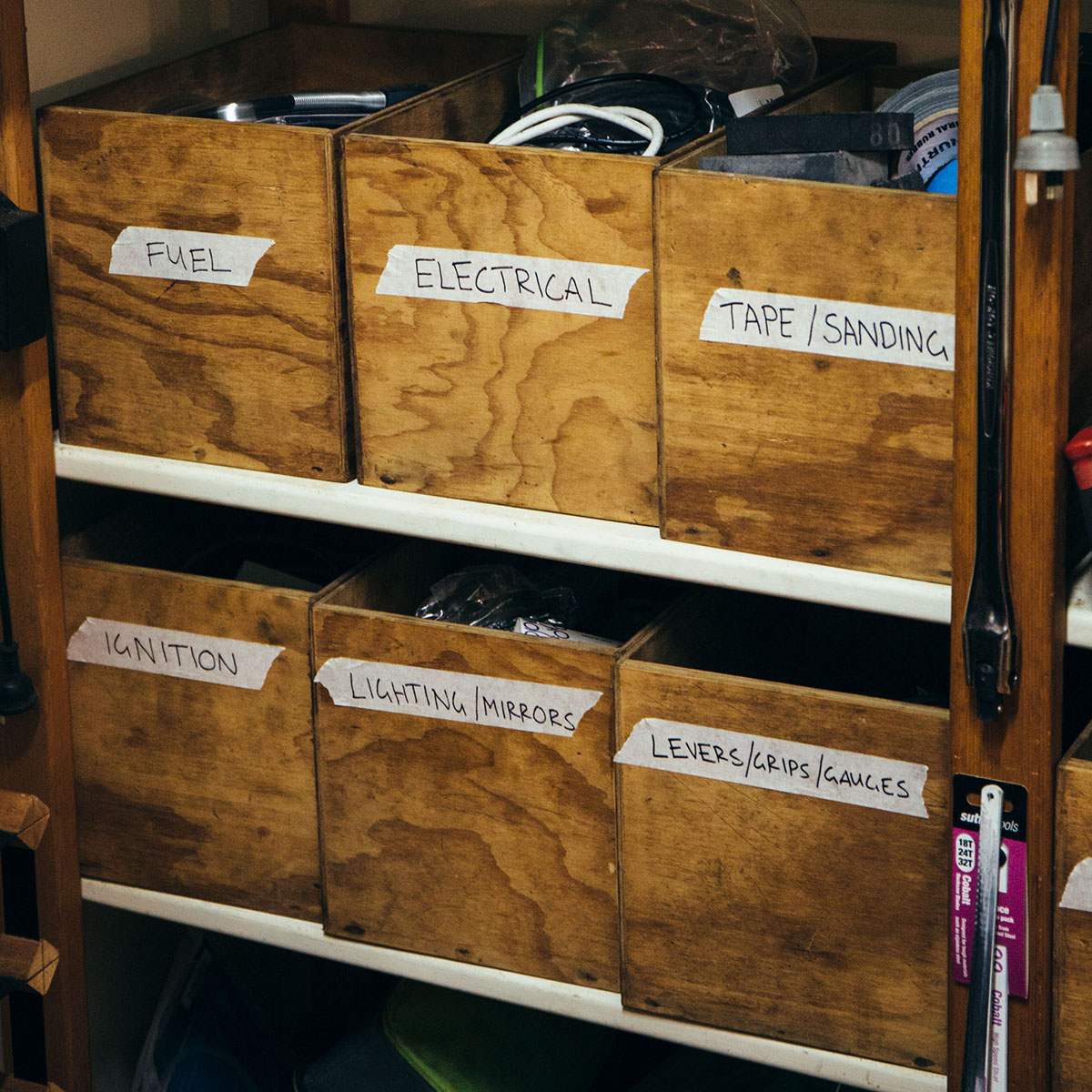 “Everything goes on in here. The first step is to get the thing running, take it all apart again, and then begin writing a novel size list of things that need to be fixed, replaced, or fabricated. We do as much of the work as possible on the bikes ourselves, learning new things with each build. We like to fabricate or modify stainless exhaust systems since the fuel these days burns different to the stuff 40 years ago. There’s a bit of stuffing around with the carbies, but we always figure it out in the end. The list goes on, but the bottom line for everything we do is that it must be mechanically sound and unblocked, with no bad connections and everything done by the book. If you cut any corners, you’re just wasting your bloody time.” – Finn 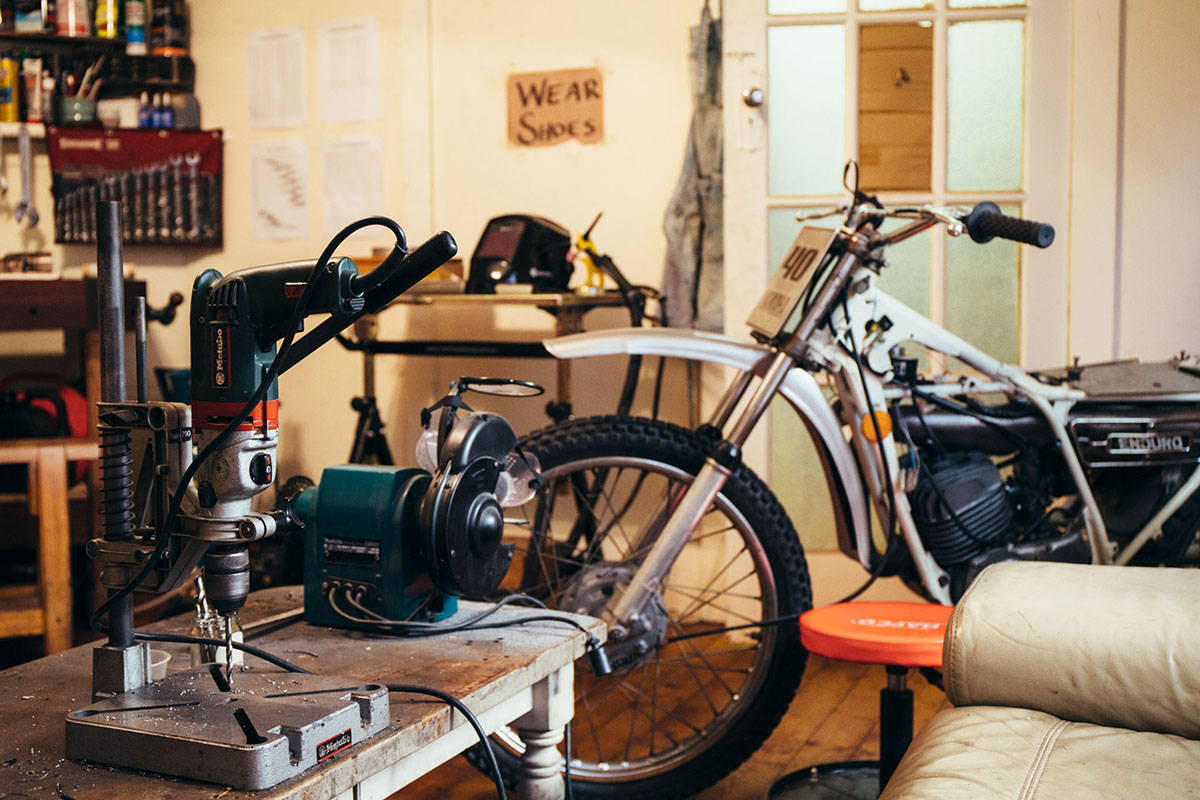 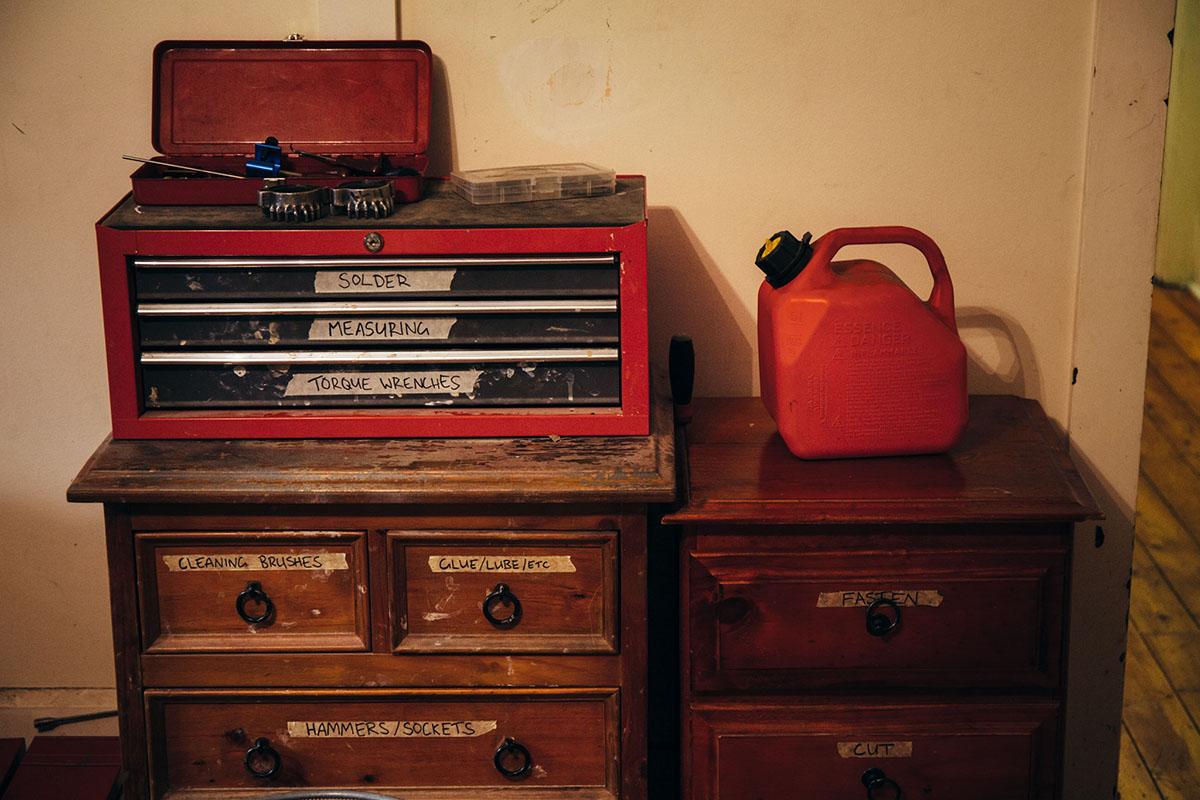 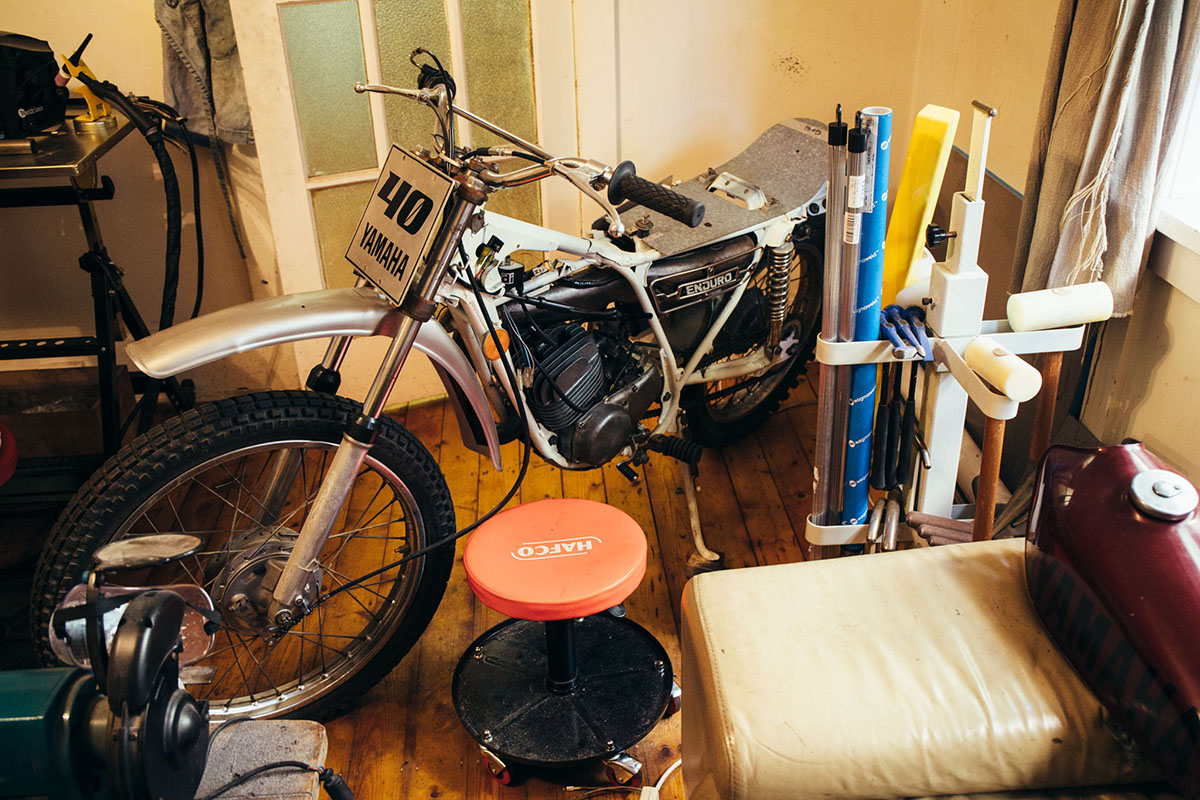 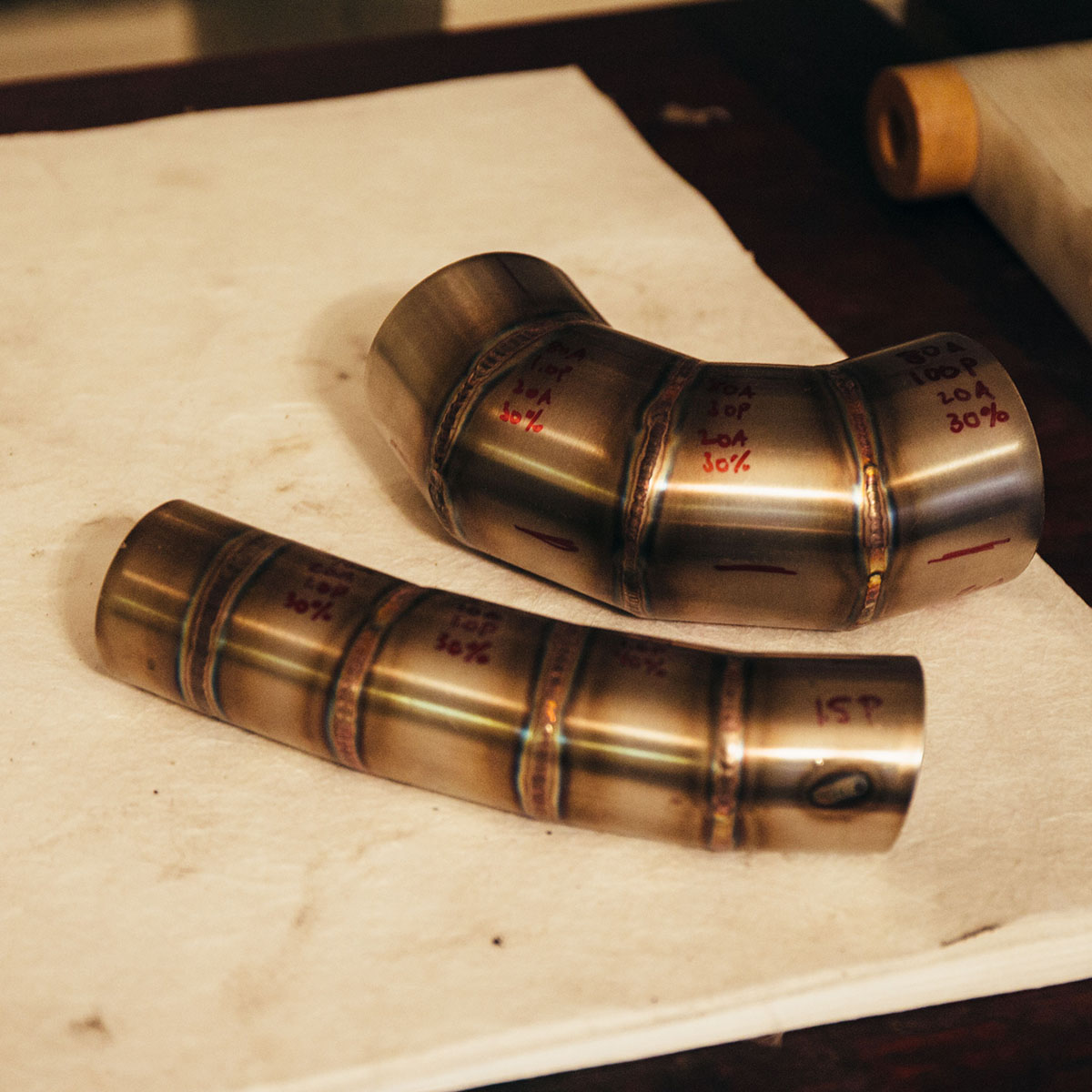 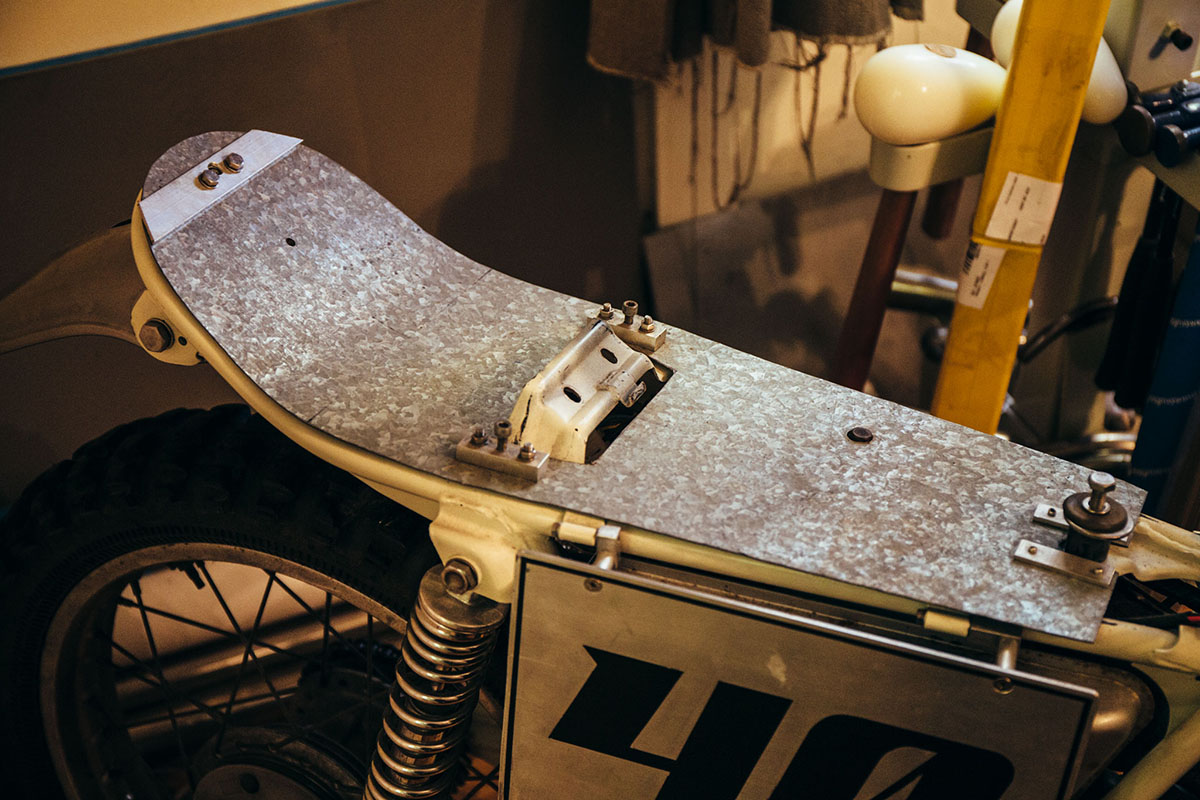 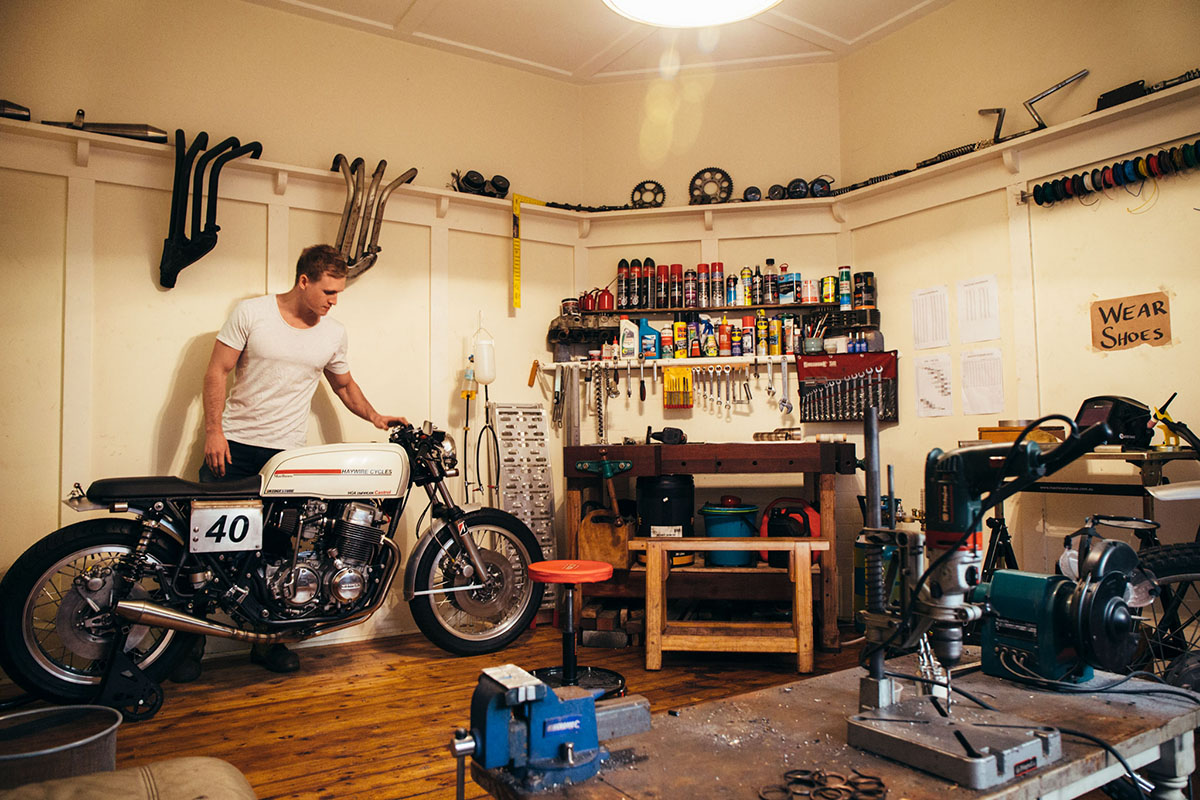