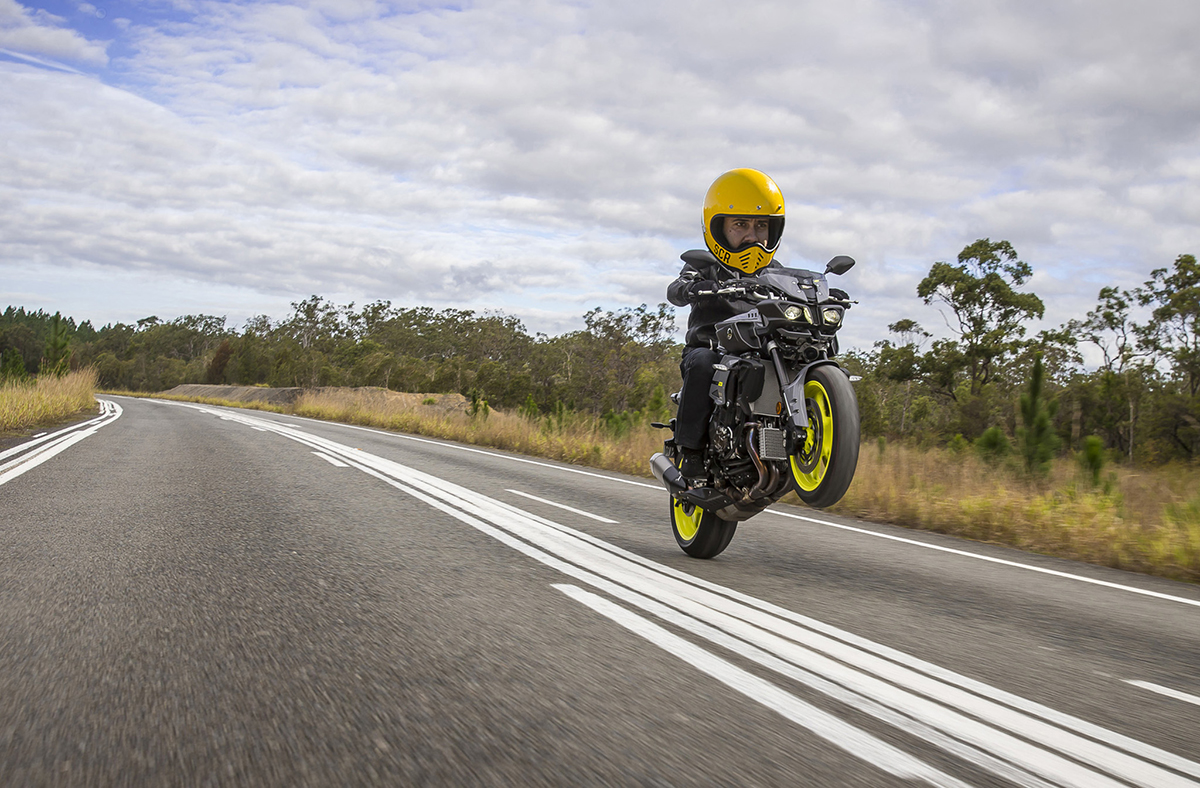 At Throttle Roll, we’re big fans of just chopping shit up. Cars, bikes, bicycles, chest chair – you name it. So I was a tad surprised when Yamaha invited me along to the launch of their new MT-10. I was even more surprised when I jumped onto the bike and wrapped my sexy sleek legs around this new machine. 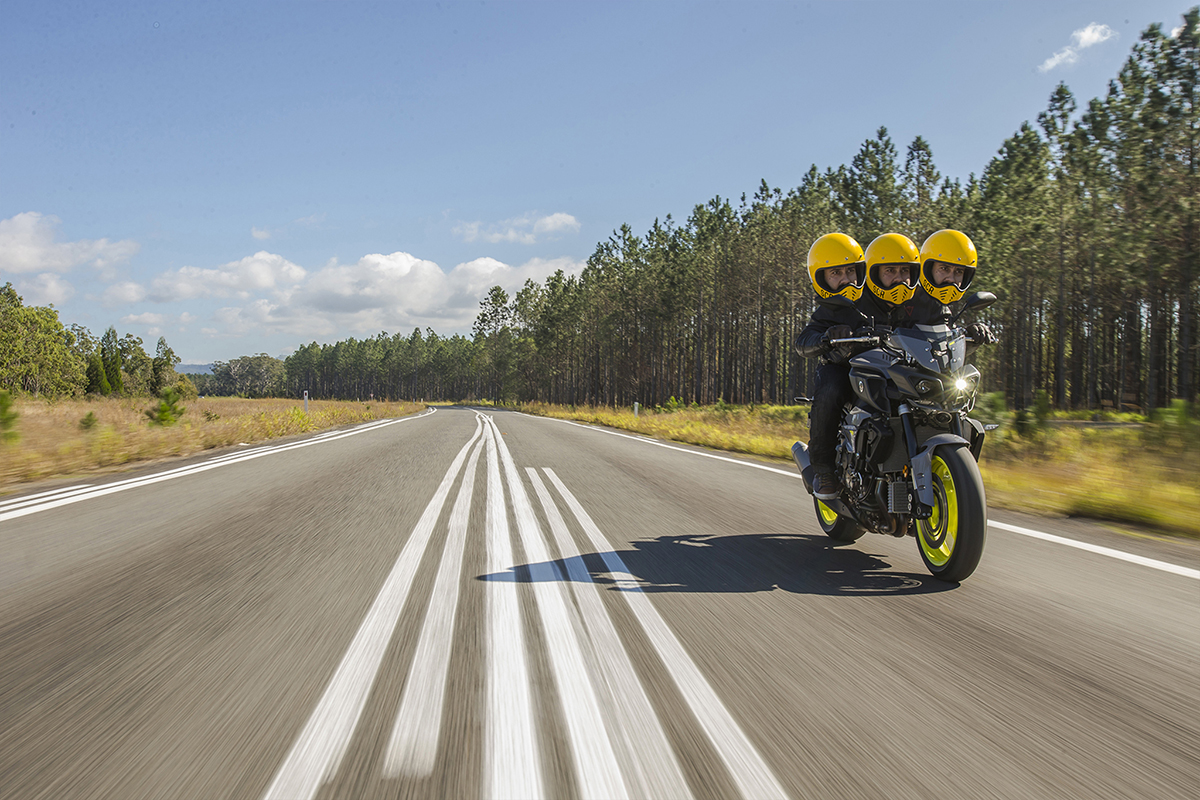 I could waffle on about how I thought it was a prototype machine gun, and me being the ethnic looking type guy they needed authenticity for their product launch – but the news tells me now is not the right time for that. However, I knew exactly what the MT-10 was, and I knew that regardless of my chop-chop philosophy, my ‘like’ affair (love is too strong a word) started back in October, and I was not going to miss a chance to thrash this machine. 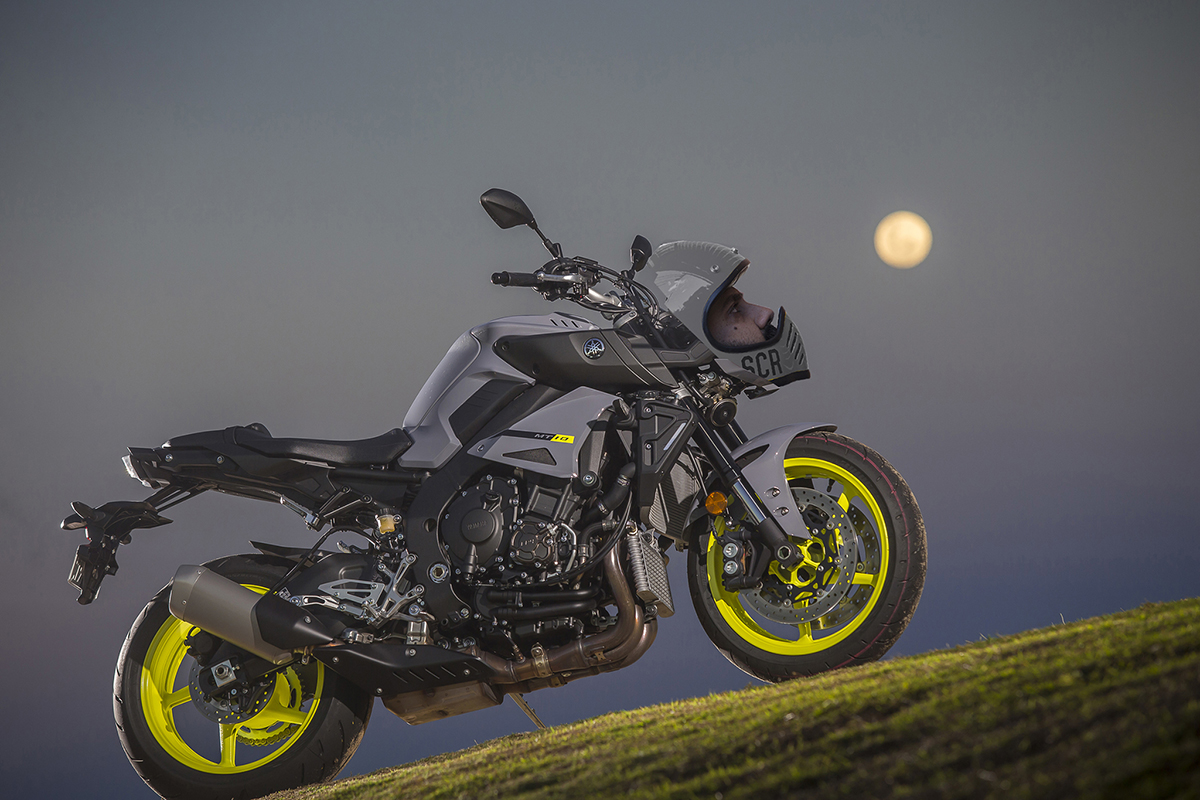 I first saw the MT-10 at EICMA in Milan, Italy. Drawn into the eyes of this beast, I stood completely enamoured at this new like-interest getting mildly aroused – to the point where out the Distinguished Gentleman’s Ride sponsors Triumph even thought “Hmm… something’s up”. I then began to think about what I’d change on this bike, what doesn’t need to be there and what colour to paint it. Although to be perfectly honest I just really fucking liked the bike as it stood, in its arousing stock glory. Could it be that this bike was the product of a passionate night between a Transformer and a Japanese Super Model? What sort of acid was the head designer tucking into while watching Megan Fox’s poor acting? Whatever the case, I honestly didn’t care. I loved the look of this bike. 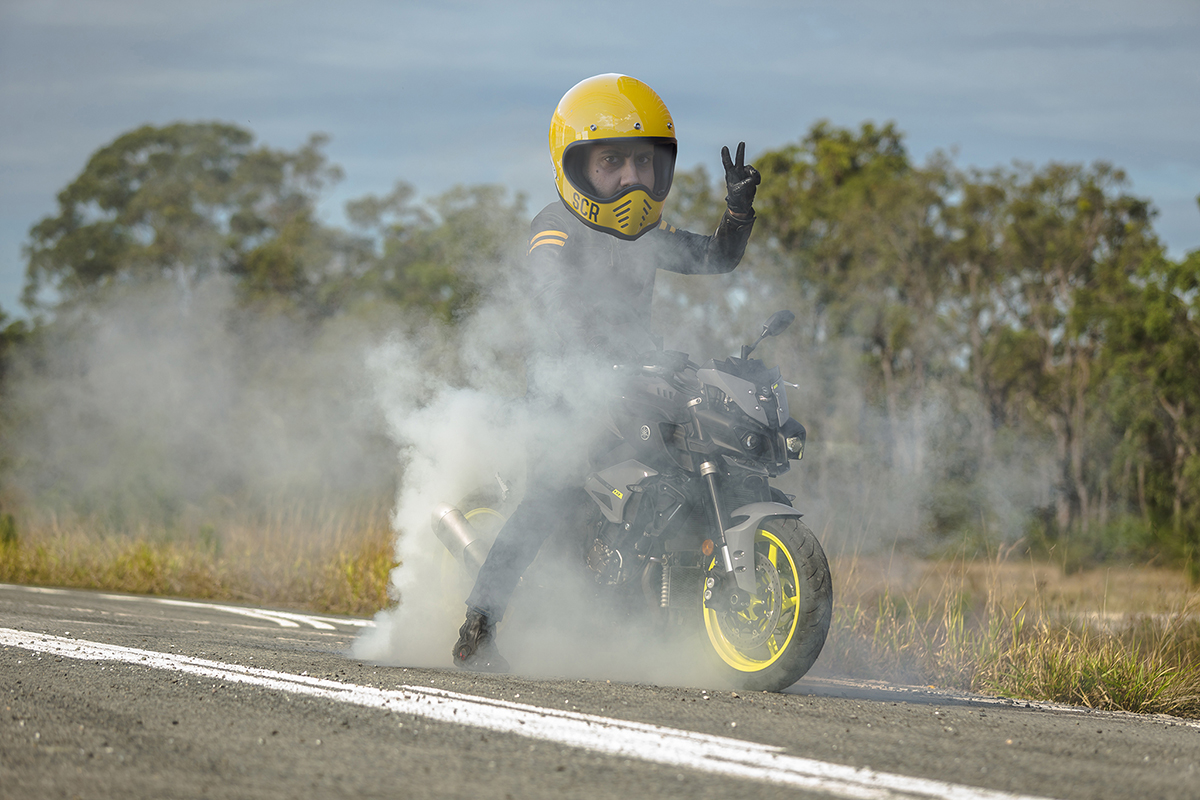 The hardest part of saying yes to the Yamaha team was… well nothing. However, Throttle Roll is about customs, classics and vintage inspired bikes – who am I to put in a review on a brand new bike that hasn’t yet had the custom world chopping up yet? Then I thought “hell, it’s a good base for anyone wanting a bang for buck ‘Muscle Racer’” (someone trademark that shit) $17,999 with 160HP at the wheels. Seriously. Let me get out my Abacus – That is $112 for each horse! Gai Waterhouse ain’t got nothing on this. $17,999 remove some stuff, add some stuff, spend ~7k and you’ve got a pretty intense Cafe Racer. 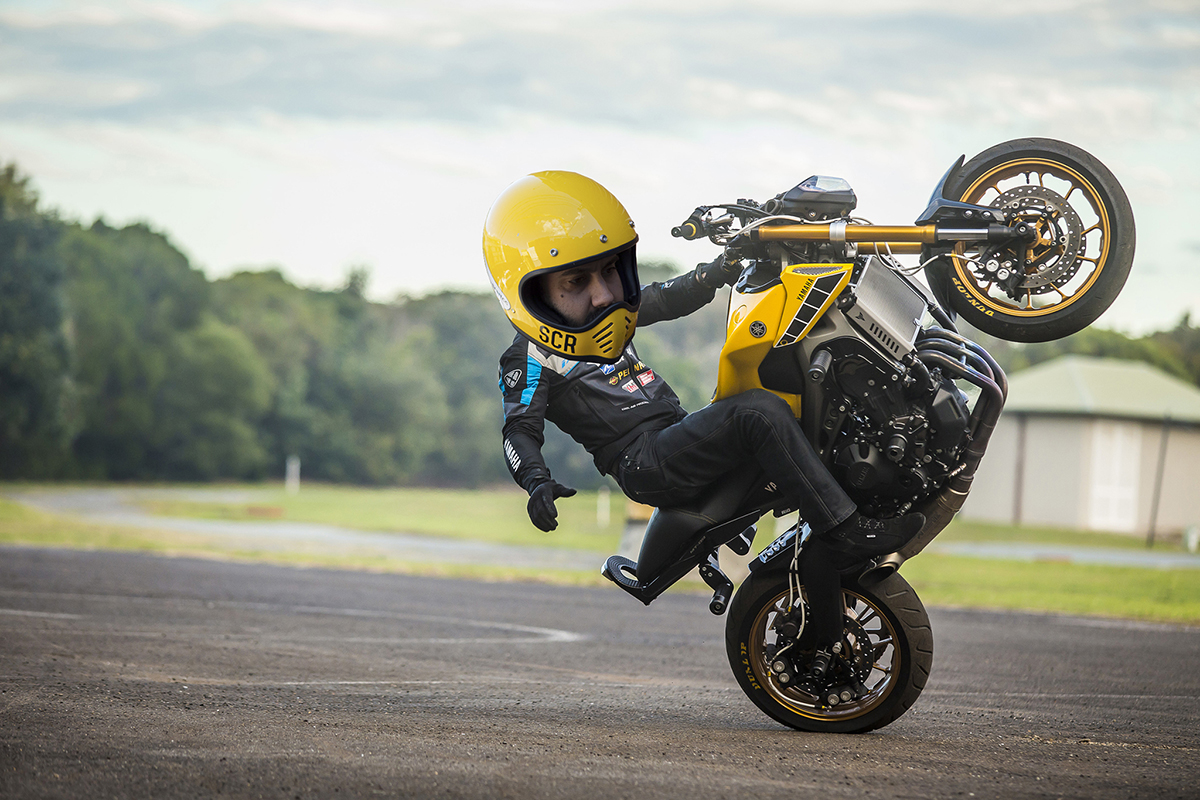 So off to Queensland I went – to bloody Maroochydore. Winter in Sydney, Summer in bloody Maroochydore. I hopped off the plane and made my way to the Twin Towers (as named by Jim, Editor of Old Bike). It must have been another Arab joke, but apparently he got the name wrong, as it was actually Twin Waters. That afternoon we received a dose of the one and only Dave McKenna. On a dilapidated Helicopter landing he got to work busting out stunts on his custom MT-09 wowing the hundreds (and thousands) of hairs on my body along with the 10 or so journalists. What I saw was truly amazing, and I soon had the thought “I can just photoshop my head onto his body, and claim all his fame!” 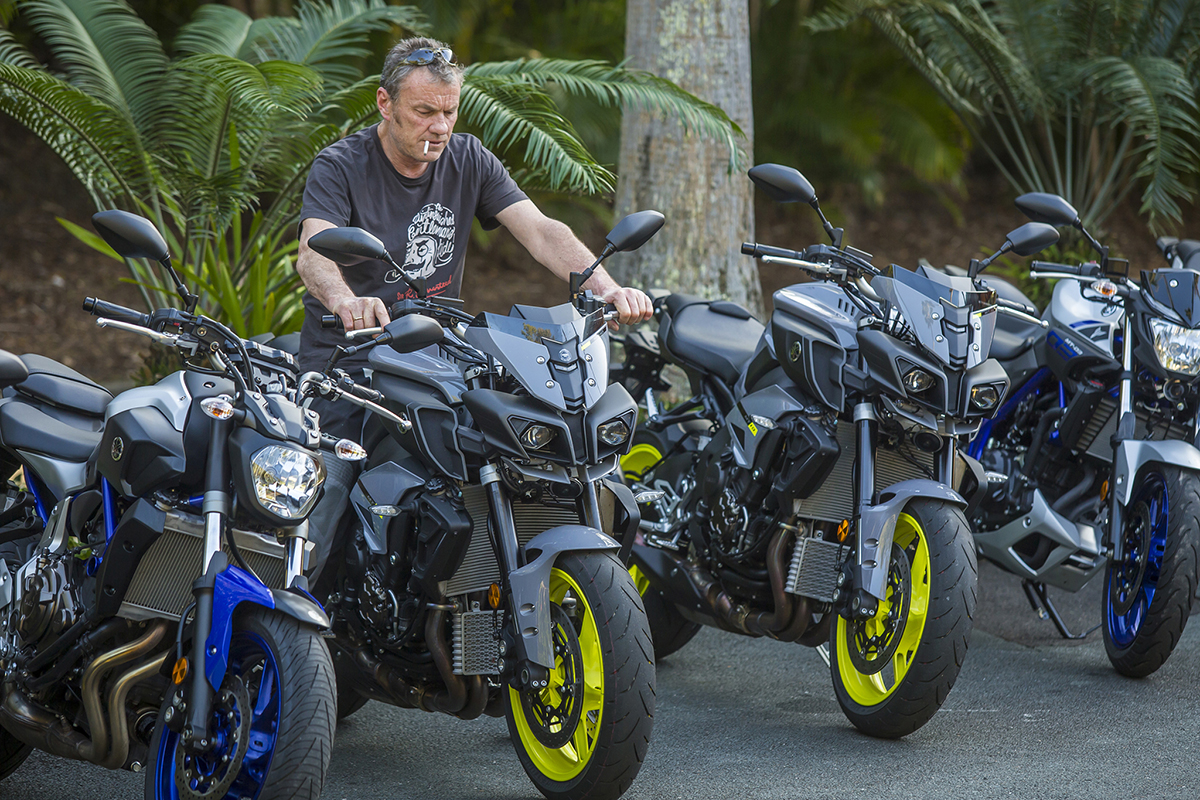 Come dinnertime, we had what apparently is quite normal for these events – the presentation. “Something, Something, Something…” on it went, and I was already one bottle of Red down. Luckily they gave us a USB with all the details, I’ll copy/paste the key stats be below somewhere. I’m not a journalist (clearly) but it was an amazing opportunity to catch up with old friends and make some new ones, while jumping on a new exciting bike. Can’t complain about that! The Awesome thing was that they had all heard of Throttle Roll, most of them covered it and they all knew of The Distinguished Gentleman’s Ride. Hell, Even Kevin Magee was rocking his DGR shirt while pumping a lungpuncher. Maybe we’ll do something with Lung Cancer next year… 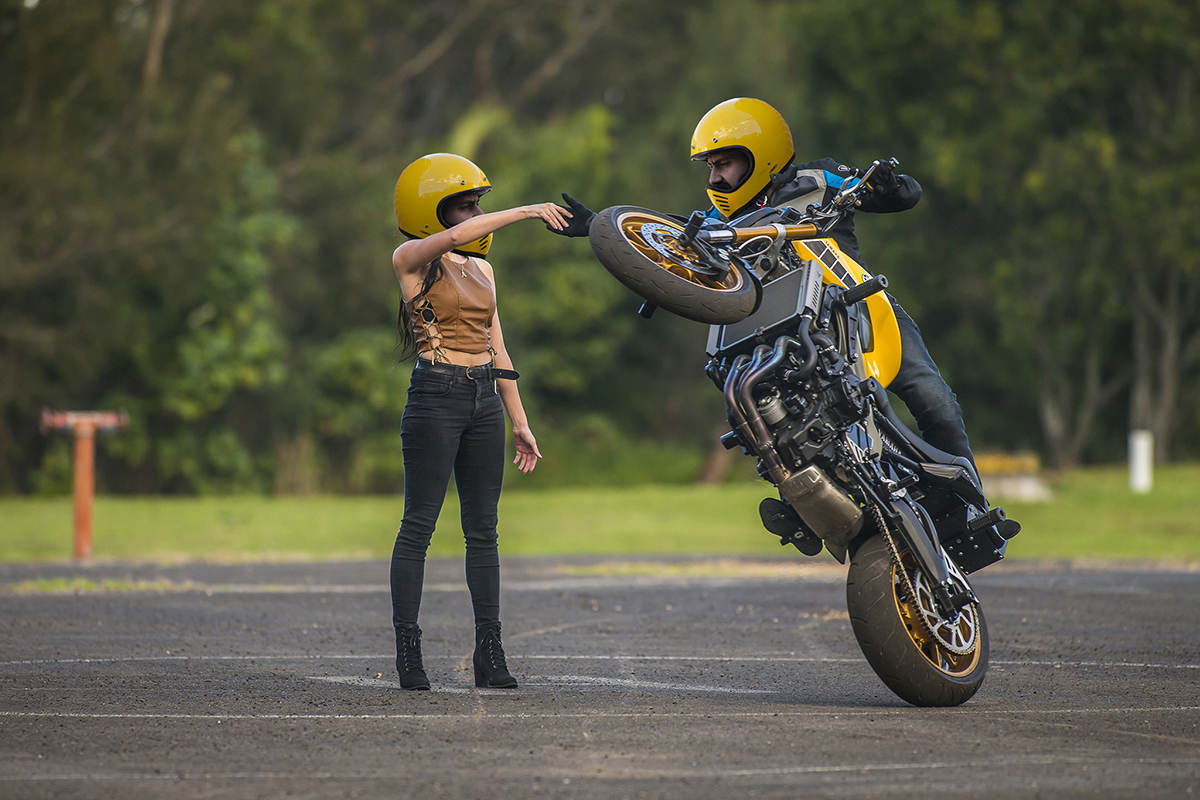 Come the start of my hangover, it was time to take the bikes for a bit of a spin. To no surprise, everyone calls shotgun on the MT10 out of the bikes that were on offer to ride, and we all wrestled naked to determine who was first. I just took the MT-03, or MT-07, or MT-09, or Tracer… I don’t recall which exactly but I’m a bit insecure to expose my voluptuous body. By the end of the day I had the opportunity to take all the bikes through what was proposed as the Sunshine Coast TT and throughout the Hinterland. The MT07 easily kept up with the MT-10 through the corners but the MT-10 was seriously out of this world. The power, the torque, the wheelies when the traction control is turned off and the handling were amazing. How do they do it for $17,999? I seriously don’t know. It performed just as good as some of the more expensive sports bikes I’ve ridden, and the fact it has Traction Control meant I was a way better rider then normal and didn’t eat shit. 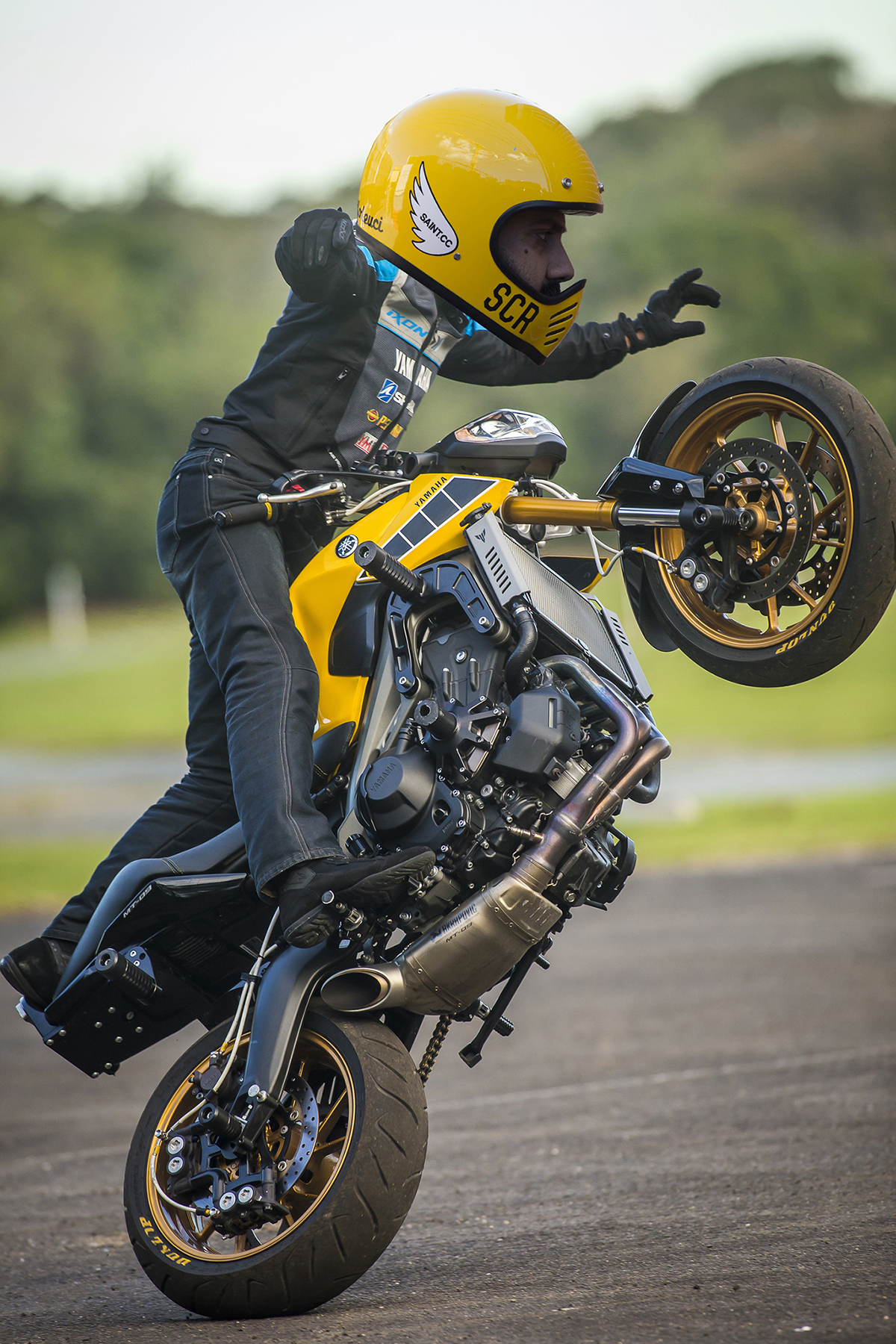 Now the important part for those who want to grab one and go nuts.

First step: Keep us posted – we will document the build!
Second step: (Now looking through the house for the Yamaha USB) Okay I officially lost it.
Step three: While googling I found out a ‘fellow’ journalist has all the stats on his website – so check them out here. 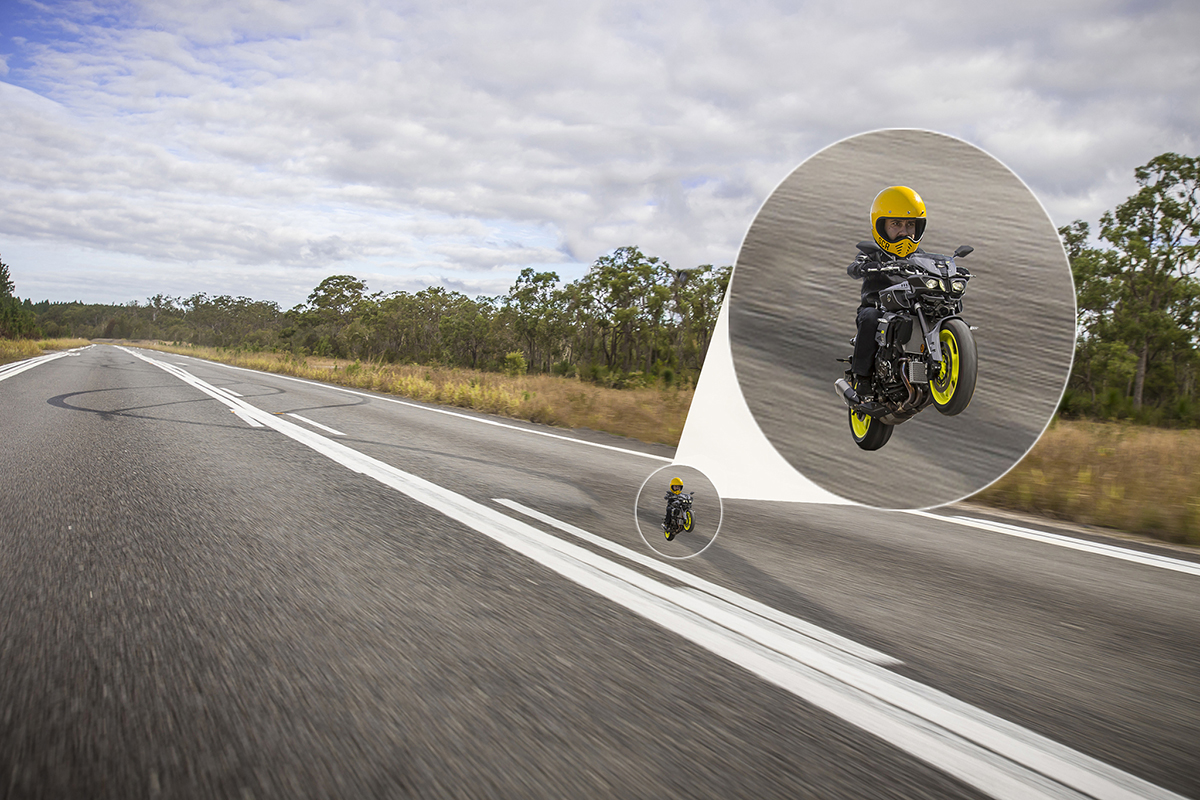 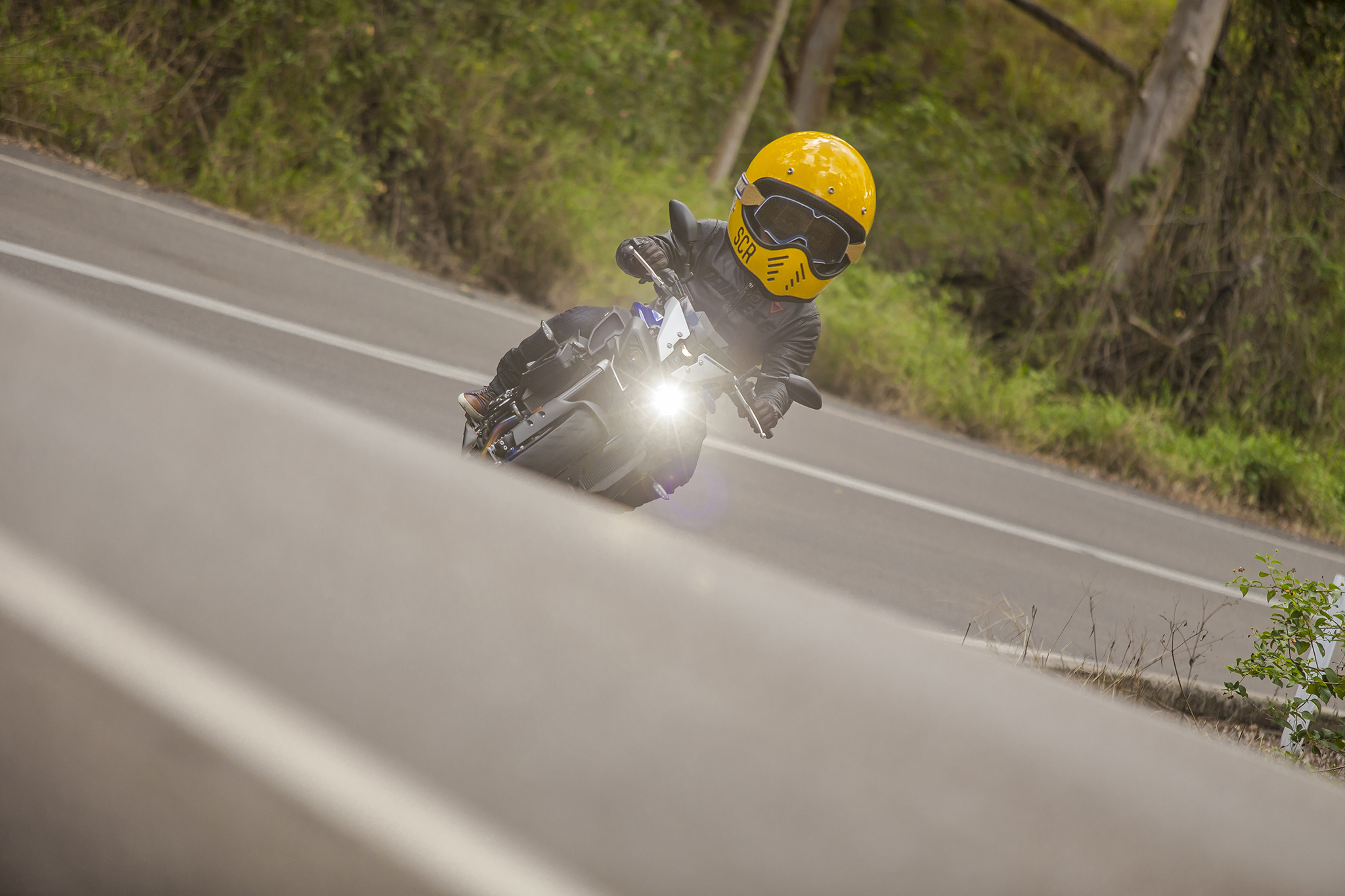 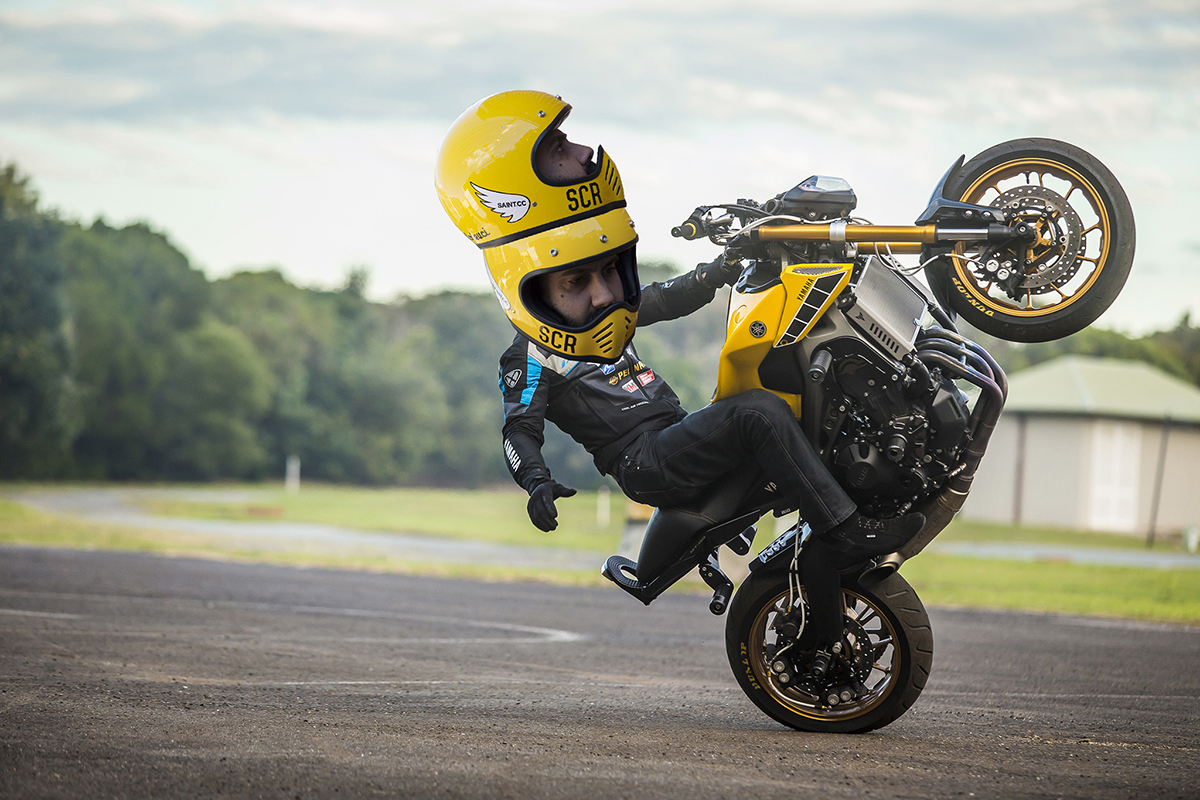