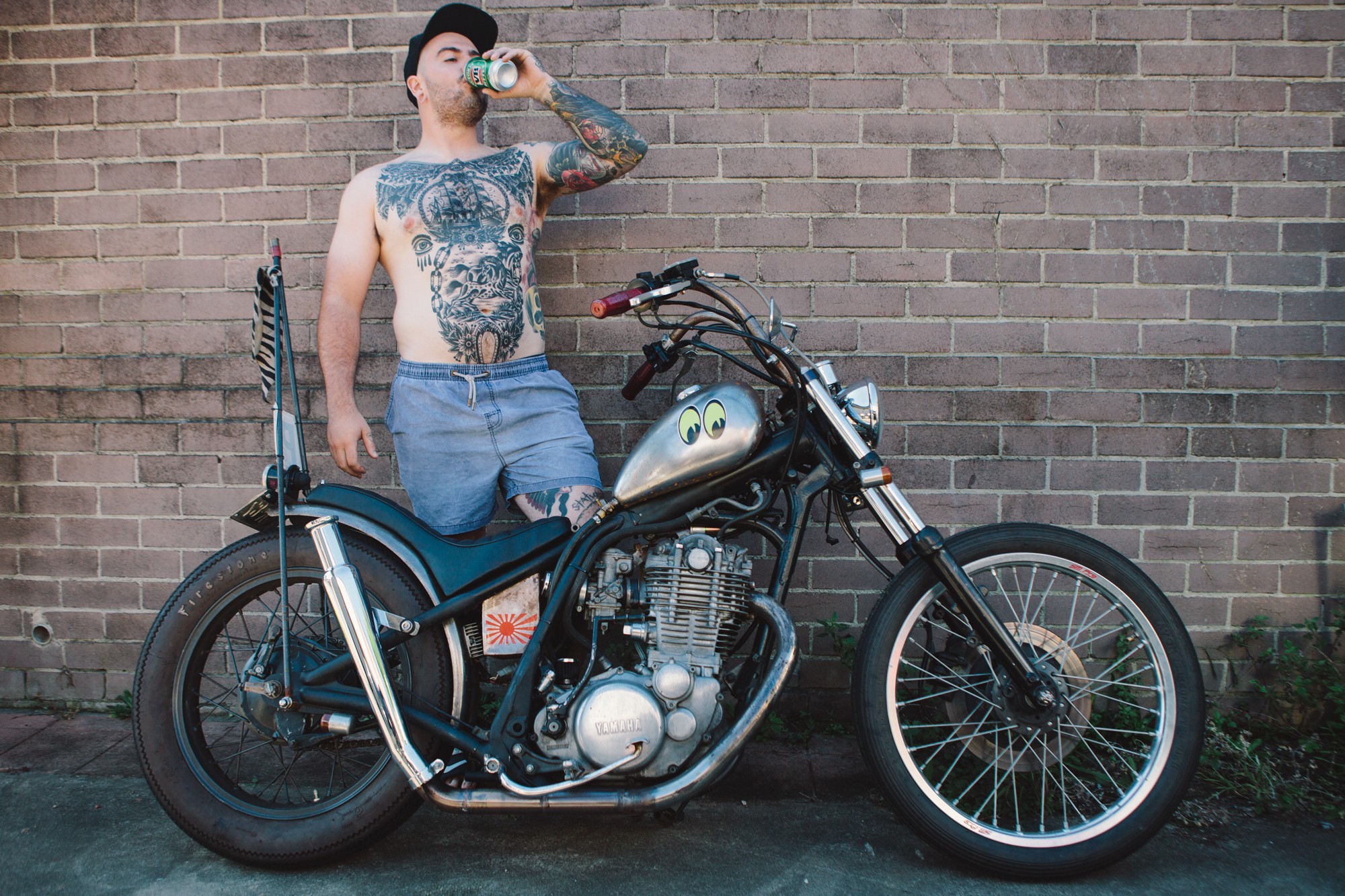 When he’s not slamming tinnies of the Very Best, you’ll find our mate Zac scootin’ through the streets on his rude SR400. You won’t find clip-ons or a nitro seat on this thumper, and certainly not a bearded coffee-sipper riding it.

Zac’s been squirting about on bikes since he was a young lad, fanging it around Pacific Park on his 1999 Suzuki RM80X or on trail bikes on the family farm. “I got my road licence when I was 17, but never bought a bike or did anything with it. I then moved to London for a few years and my licence expired. I had to redo the whole LAMs thing again, which was a total bummer. I’ve had a few cool bikes since however, including an ’89 Yamaha SRX250 café racer, a ’79 Honda CB250T hardtail bobber and a nice ’08 Kawasaki KLR650 street tracker built by Kyle Jones at Rene9ade, the man behind this bike. 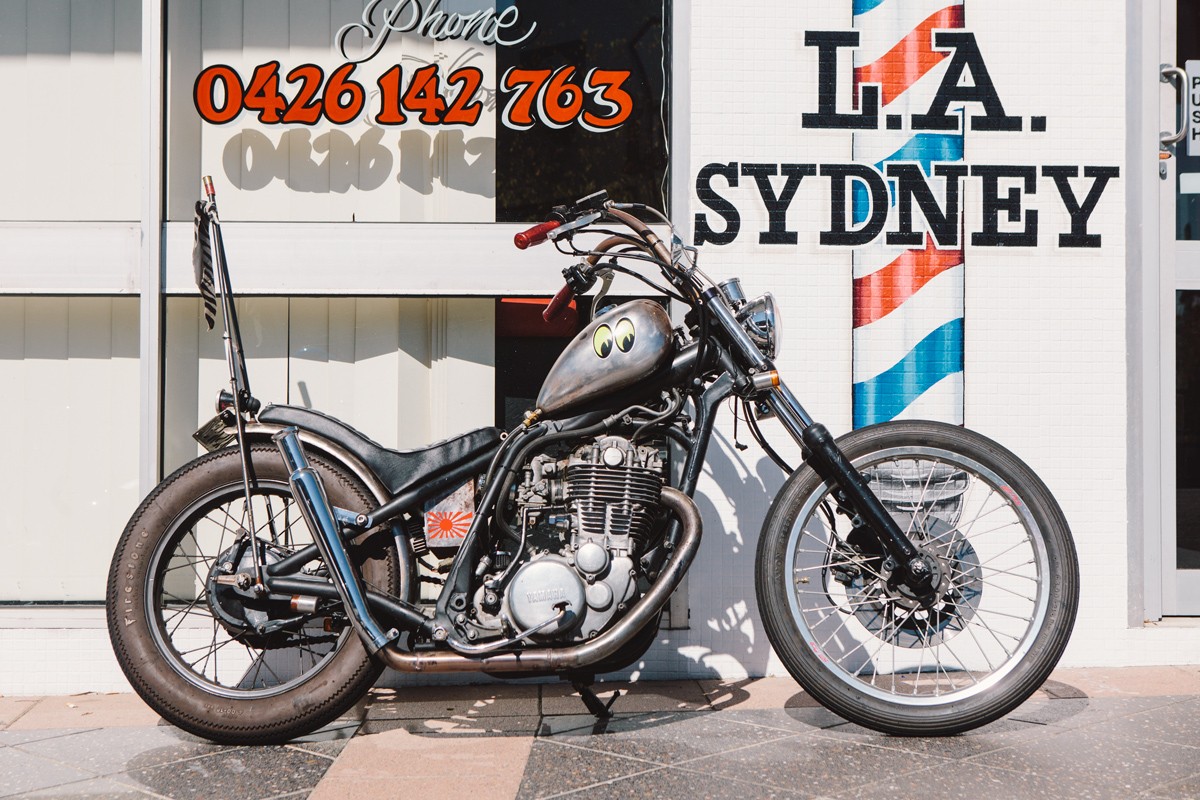 Zac’s current thrill machine is a 1982 Yamaha SR400, dubbed ‘Bonestorm’. “I got the name from one of my favourite Simpsons episodes, the bike is a hardtail so it feels like your tailbone is going through a proverbial shit storm every time you ride it.”

The bike had been originally purchased off a member from Sydney Café Racers in a basket case state, as it spent a generous amount of time sitting in a dark garage collecting dust. These were tough beginnings for what would be a tough looking final product, but this was just what Zac was after. Having seen so many single cylinder choppers and bobbers coming out of Japan, particularly the Yokohama scene, Zac had the inspiration set for his build. “Even though there is a huge Harley vibe over there, not everyone can afford a nice old Pan or Shovel and build it into something great on a budget. You don’t see many SR400 chops around in Australia, since most people go the café route. A shit load of work had to go into this bike to bring it where it is today, it may not seem apparent as it’s still well and truly a rat but hats off to Kyle at Rene9ade for persevering when the chips were down.” 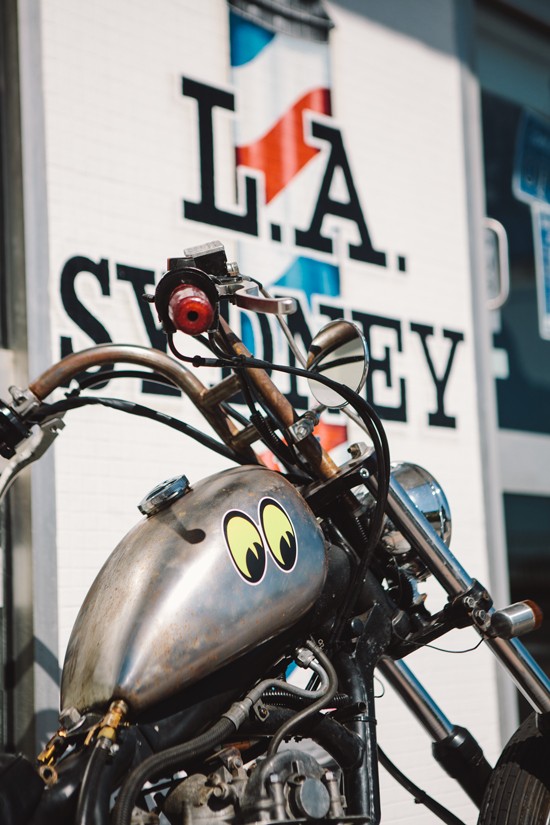 It wasn’t an easy start to get Bonestorm to where it is today, as Zac admits the electrics were an absolute headache. “The guy who had the bike before me had unplugged nearly every part of the loom and left it for dead, a giant spaghetti mess with no end in sight. We basically had to start from scratch, and with a hell of a lot of trial and error we finally got there in the end. I bought a universal loom, but when it arrived it was only the bare minimum basic lighting loom with nothing else attached. So even with a plug and play loom, it was far from simple.”

“The end result is what I pictured in my head. From a bucket of shit to what it is now is subjective; but I think it’s awesome and I couldn’t be happier. It’s not powerful by any means, but it cuts through traffic better than any bike I’ve ever ridden. Nearly every bit of the bike, bar the muffler and lighting, were hand built and fabricated right here in Sydney on a workshop bench, by someone who I trust time and time again with my bikes. It always gets a look and a thumbs up no matter where I am, people seem to love it and whoever doesn’t can go and suck on me tits.”

It’s definitely refreshing to see someone take a different approach, both in regards to an SR400 build and a chopper build. It’s not a café racer, and it’s not a Harley. It’s a stand-alone little rat bastard of a bike. “I love the damn thing, it’s a perfect fit for me and she feels comfortable every time I sit in the saddle. Until you smash it over a pot hole that is…” 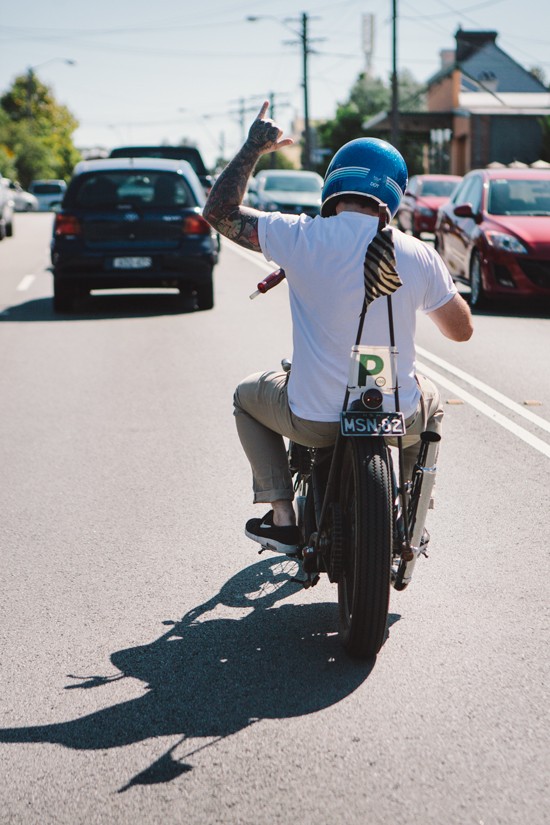 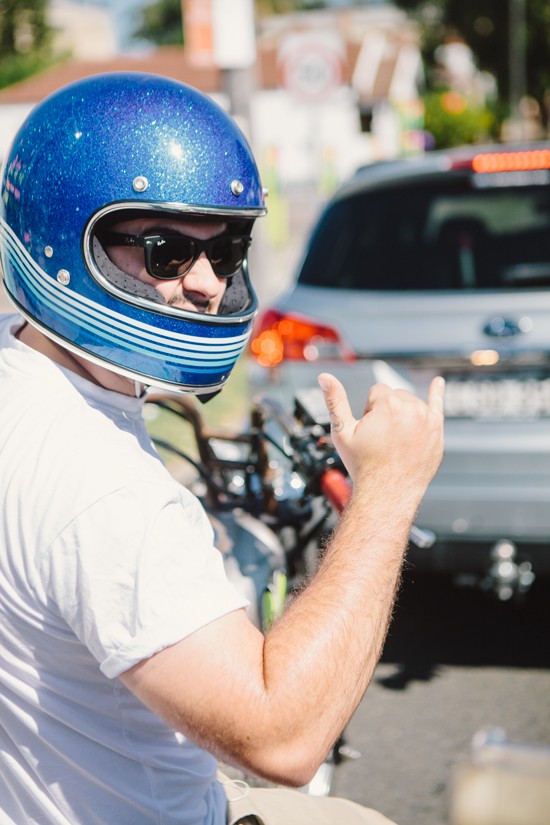 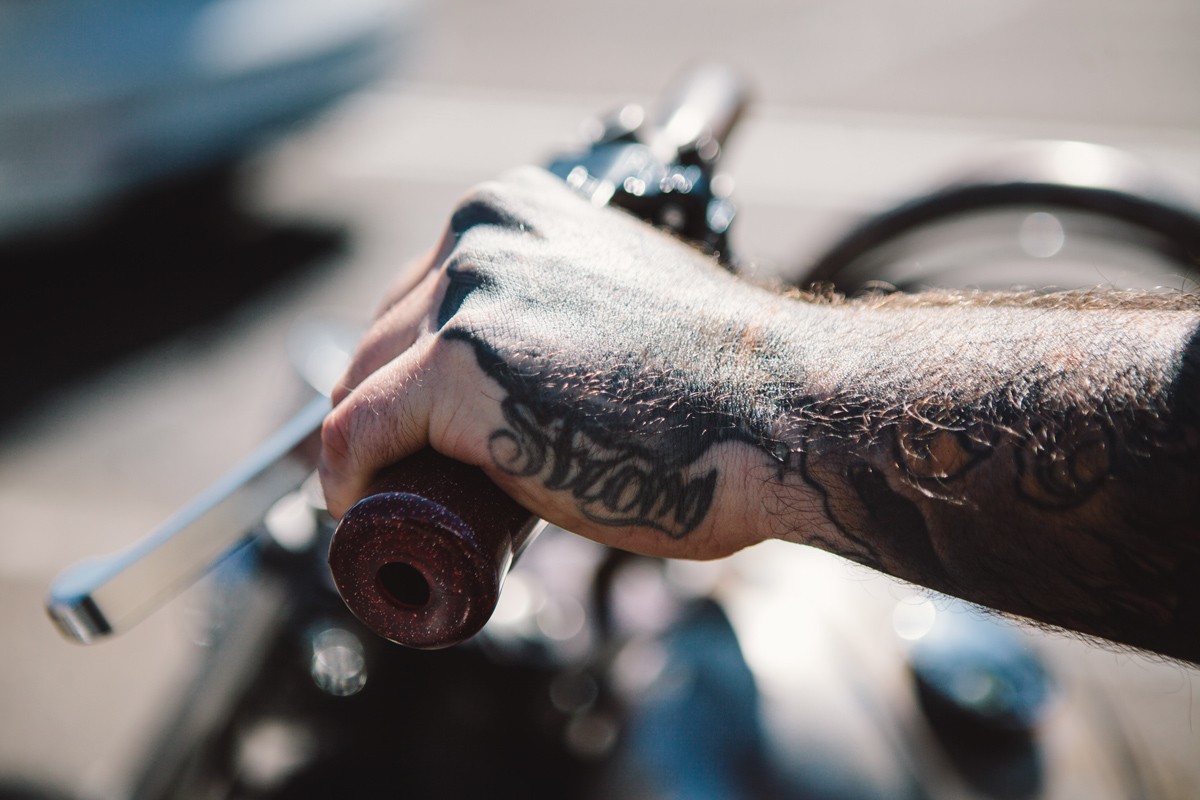 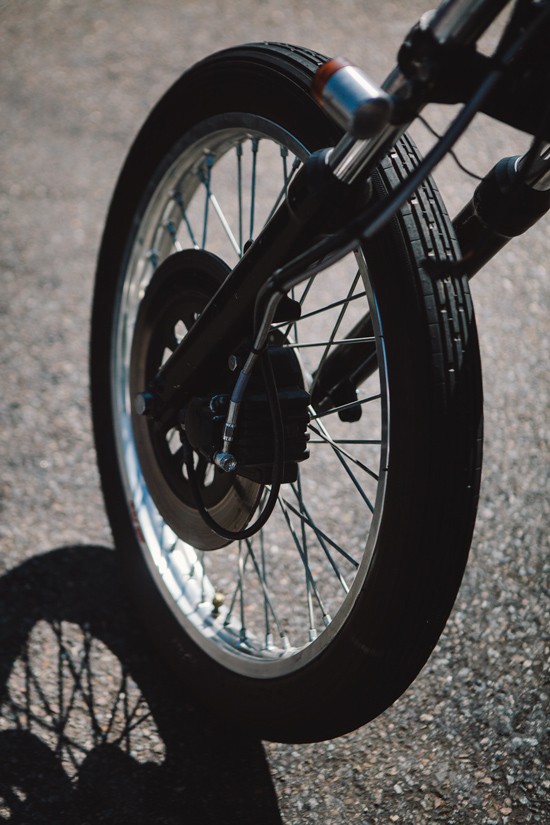 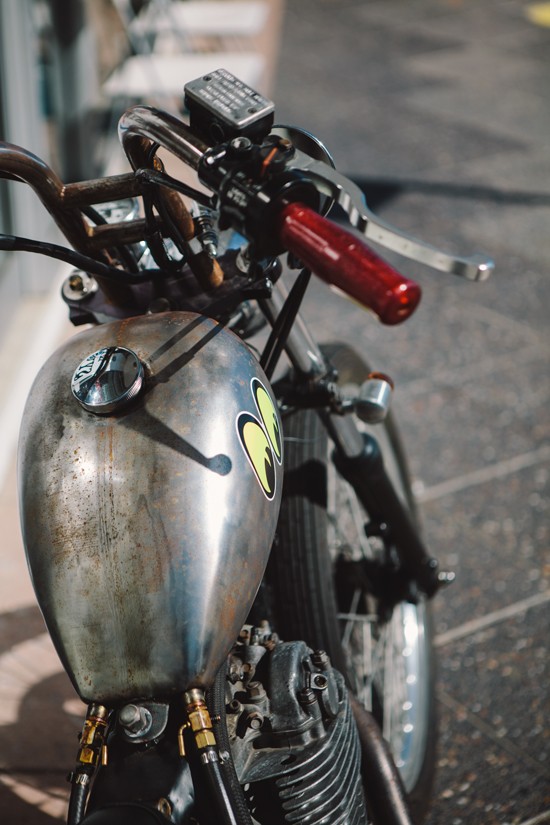 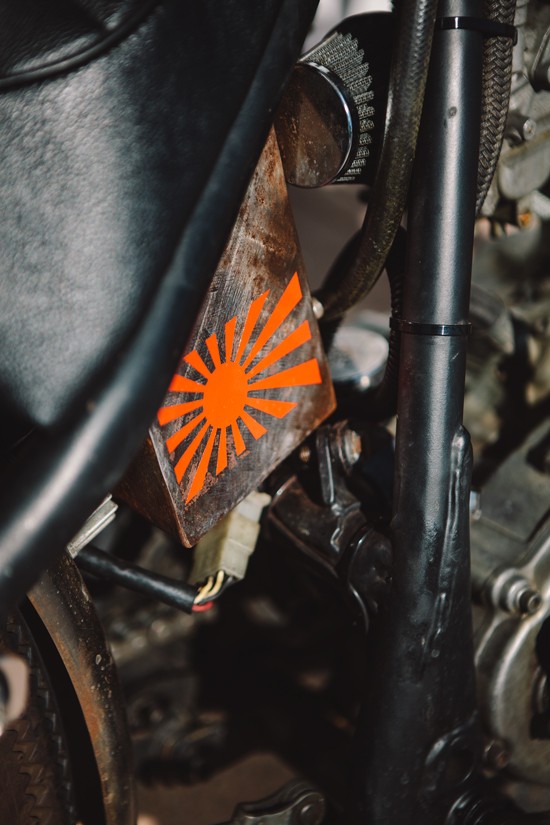 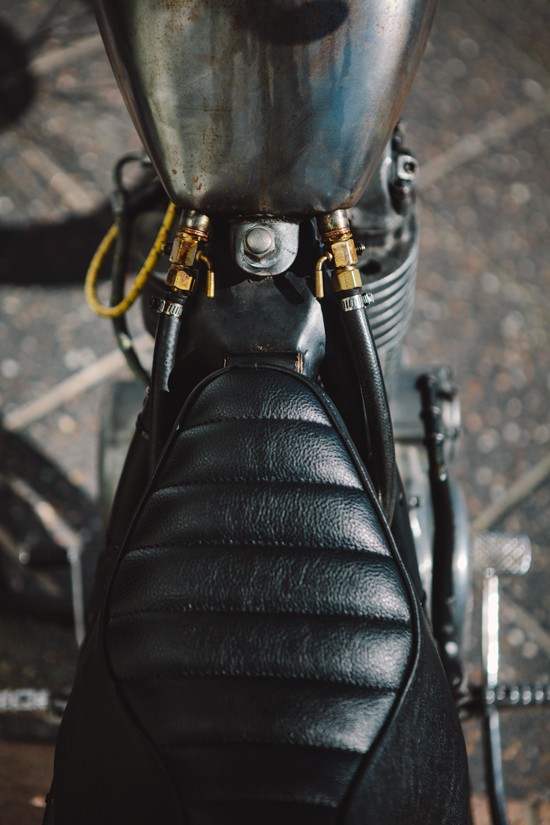 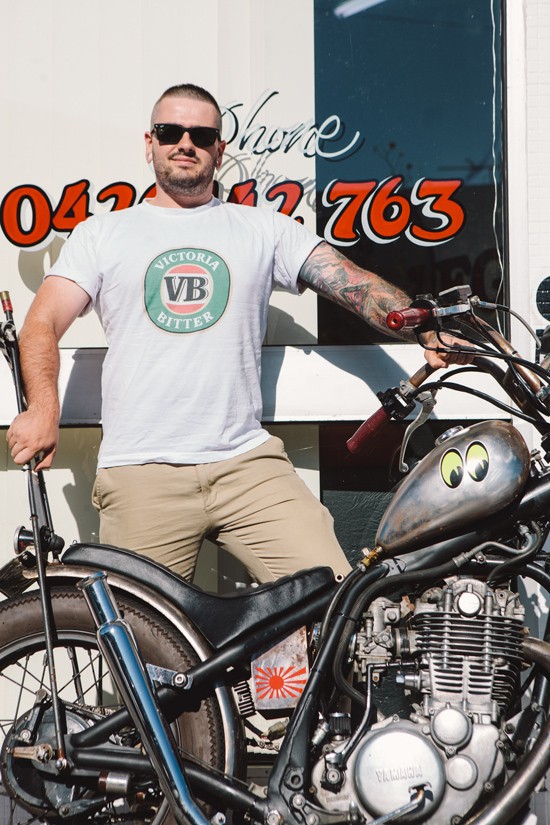 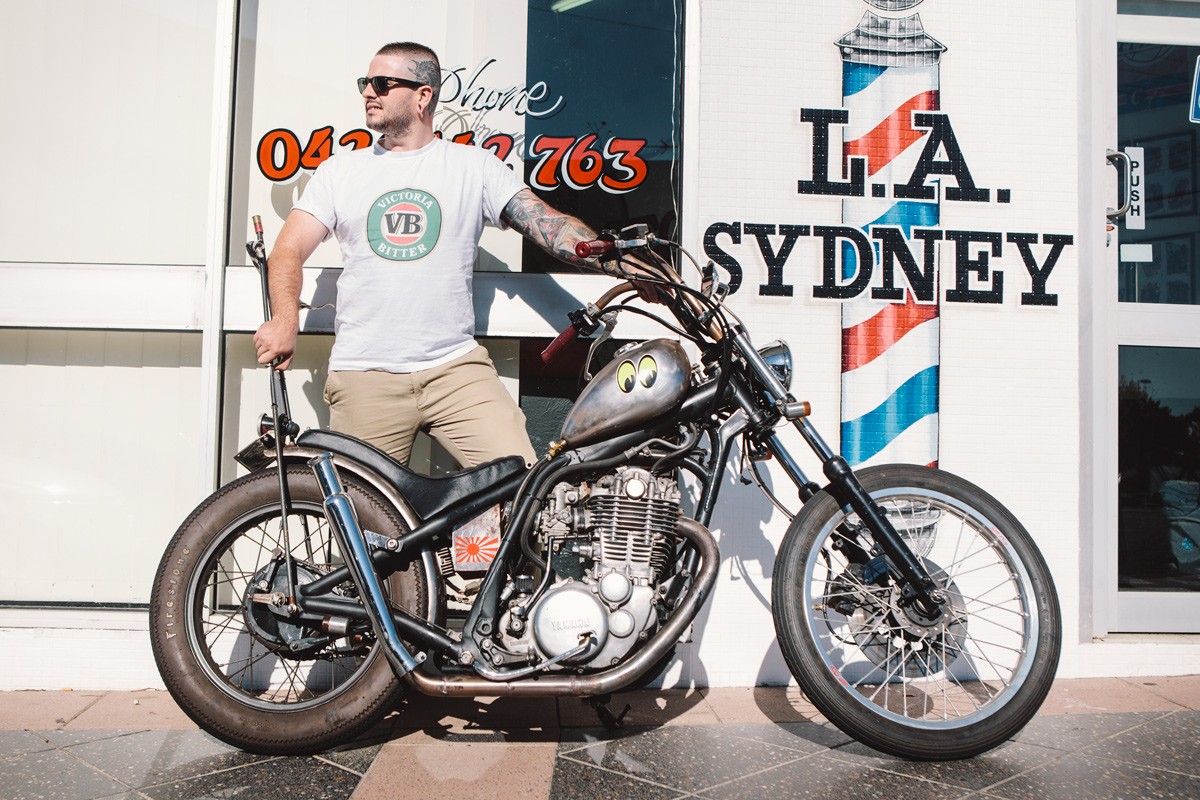 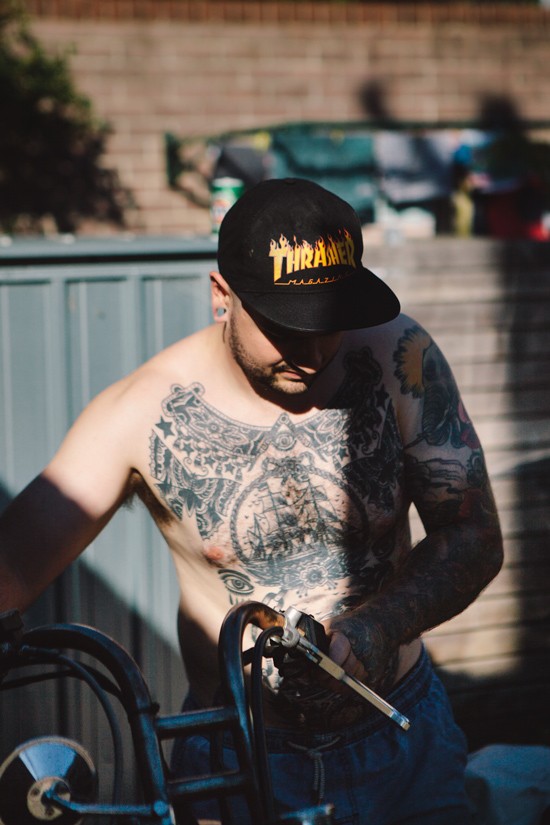 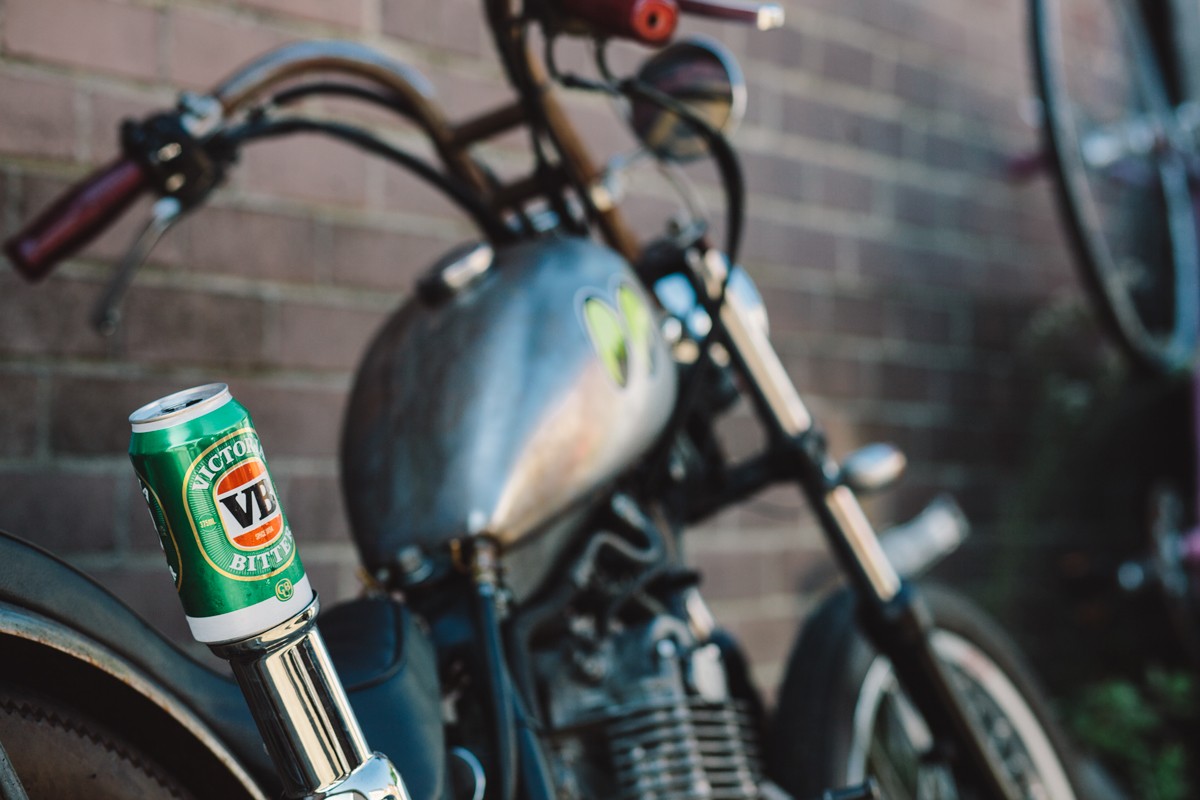 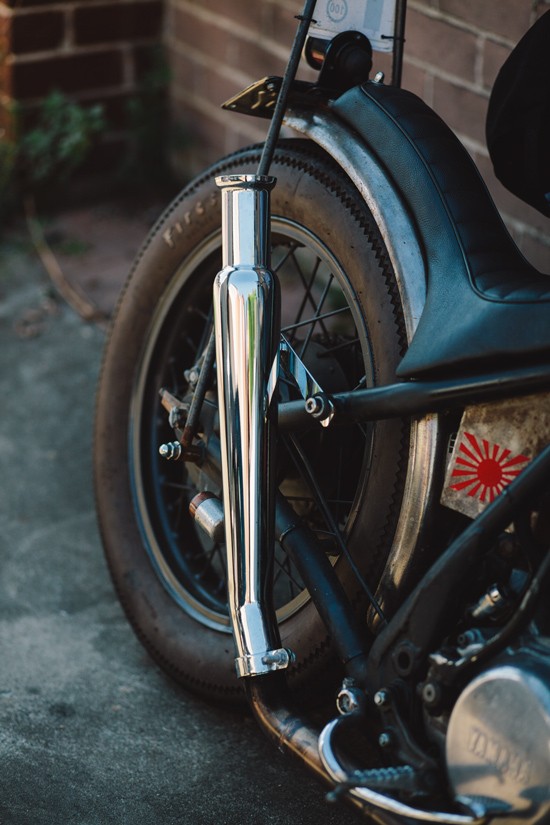