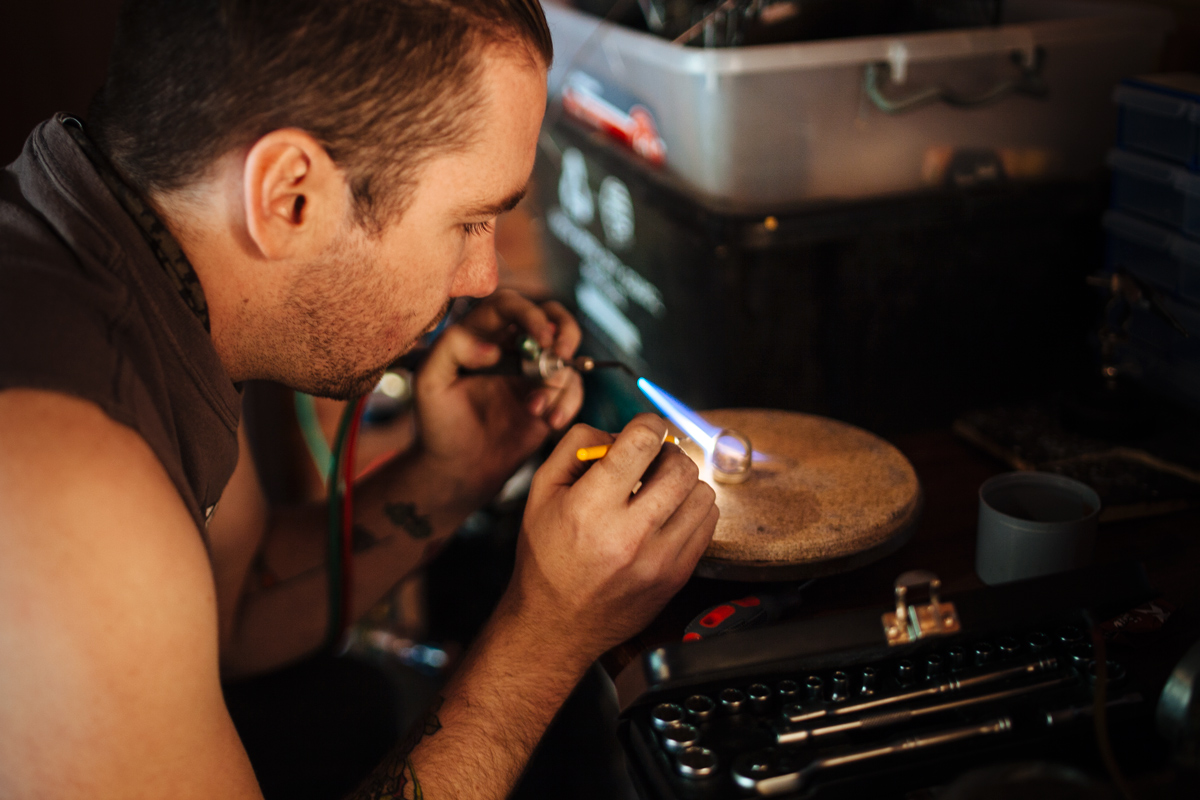 Star Wars memorabilia, tiny dinosaur skeletons, Vietnam War Zippo lighters and old bullet casings. Not sure if this is a garage or a prop section for a film. Regardless, it’s a kickarse space that houses a kickarse bike, owned by a kickarse dude. 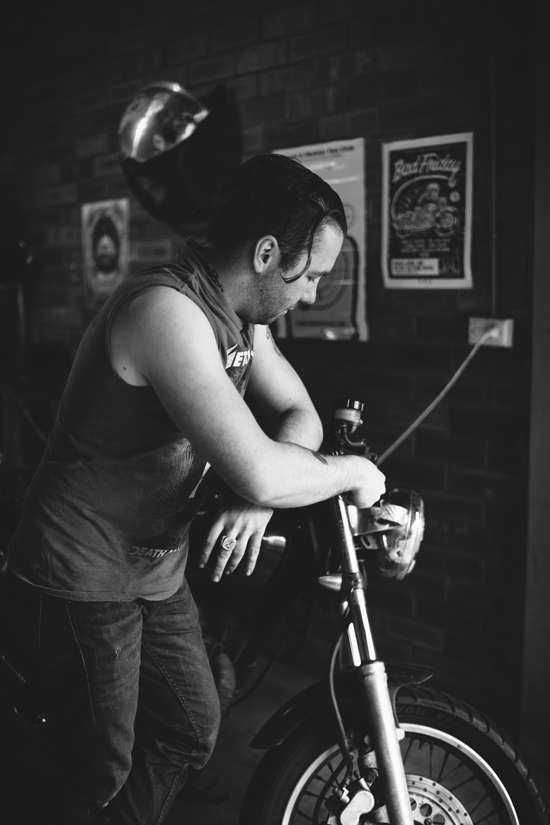 Michael has been riding since he was a kid, bashing about on dirt bikes through Wagga. “I remember the first time I did a jump on a bike. I was about 12 and had no clue what I was doing, I was going flat stick top gear on a mate’s XR-100 and went flying over this little Dam instead of into it! Scared the shit out of me and I walked back to the farmhouse as my mate’s Sister rode the bike back. I was drawn closer to bikes; I don’t know why but I sort of fell in love with it that day. I will always have that little wannabe punk kid ripping up front yards and jumping Dams in my heart” 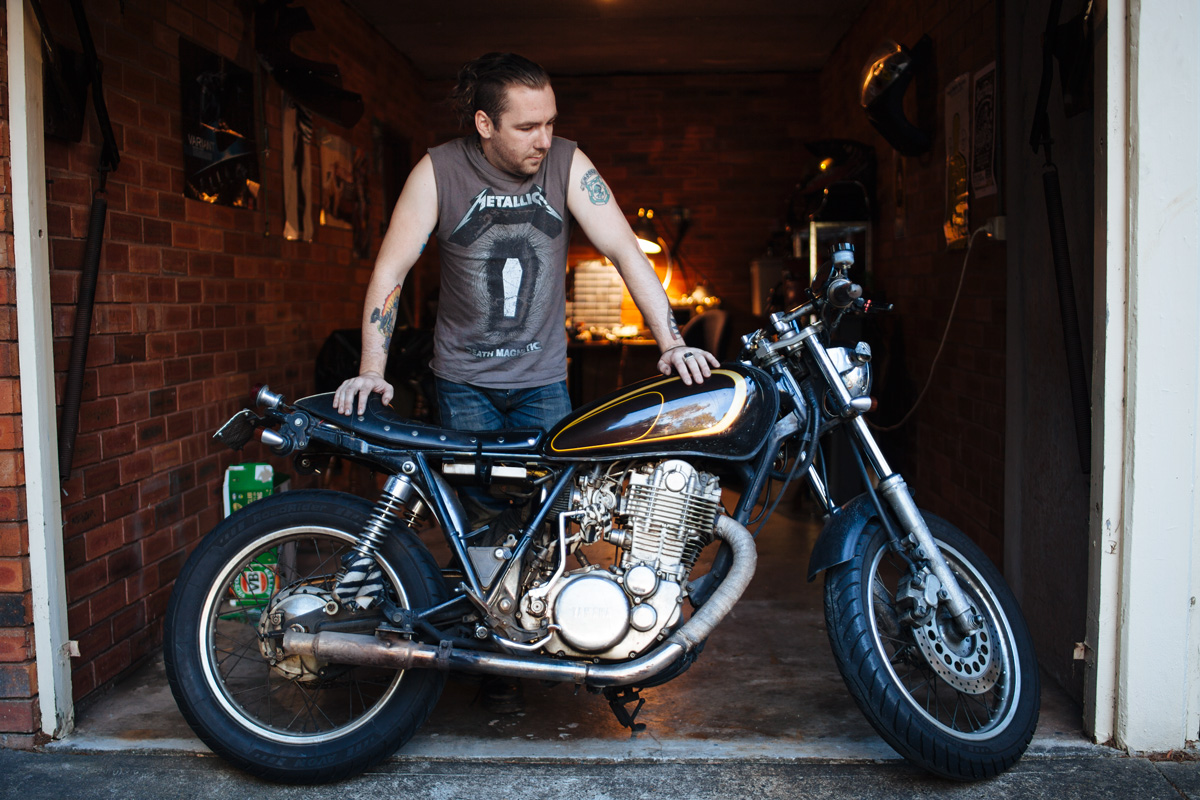 Michael “Moonman” Mooney’s space is not just for housing his Yamaha SR400 “Betty Brown” (which looks like it’s done a few tours of combat mind you) but also the workstation for his amazing jewellery work. Michael is a jewellery workshop manager and trade jeweller over at Pandora Jewellery. He also creates his own works from home, from stunning motorcycle helmets to vicious dinosaur heads.

What’s Michael’s most useful tool in this space? The Micro Motor Electer GX of course! A tool Mooney has been using both on the bike and with his jewellery.

“The micro motor is great as I can put a million different attachments, burs and blades onto it. It’s small as well, which is perfect! How often have you tried to cut, smooth or drill something and can’t get the tool in there? Well this thing can get there; plus it’s great for jewellers, a real must have” 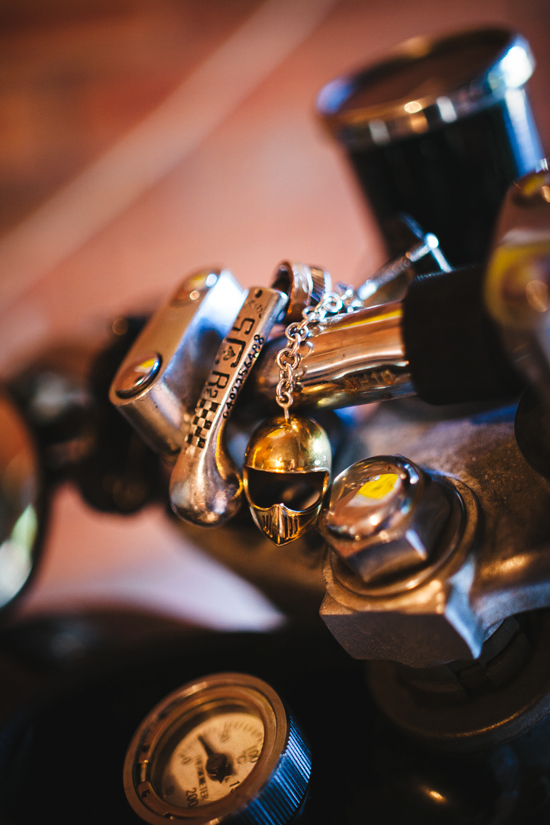 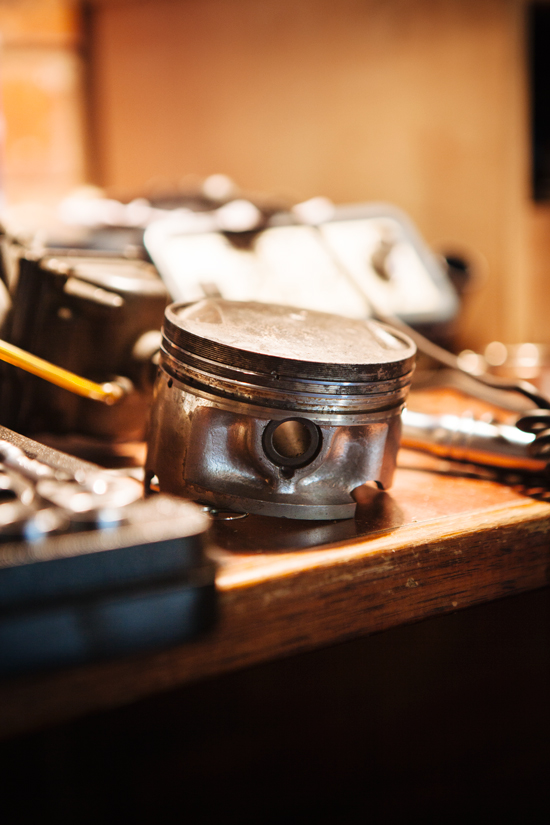 War has been declared and you’ve been drafted, what is one item from your garage you would take?

“My grandfather’s diving knife. I’d need a weapon! I’ve had it since I was a kid and it’s always been close to me. It’s still wicked sharp and a bit rusty, it straps to the leg for hands free action… and also to look like the ultimate badass”

“I’m mostly working on my bike or others in my garage, but as of late a lot of moto themed jewellery. As a jeweller I’m sick of seeing flames and skulls on rings or a giant eagle. I want something better than that, so that’s what I’ve been doing up in here” 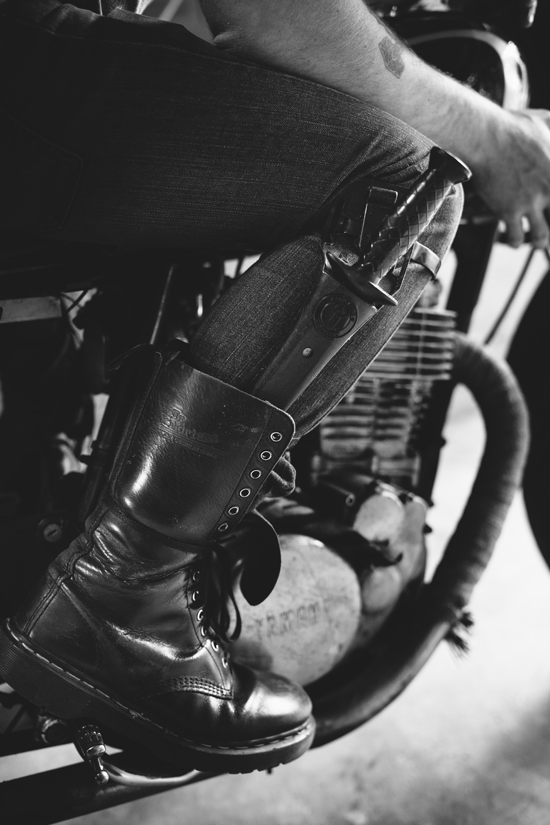 How much time do you spend bunkered down here in your space?

“It depends on the season on what I’m up to, and by season i mean how fucked have I made the SR that I need to fix it, or if I’m making a lot of rings or something. When I’m working on a ring project I can be in there most weeknights and most weekends. Then I will crank the 80’s/90’s metal/rock aka Gunners, Whitesnake, Motley and flip the tops off a VB and get stuff done on the bike” 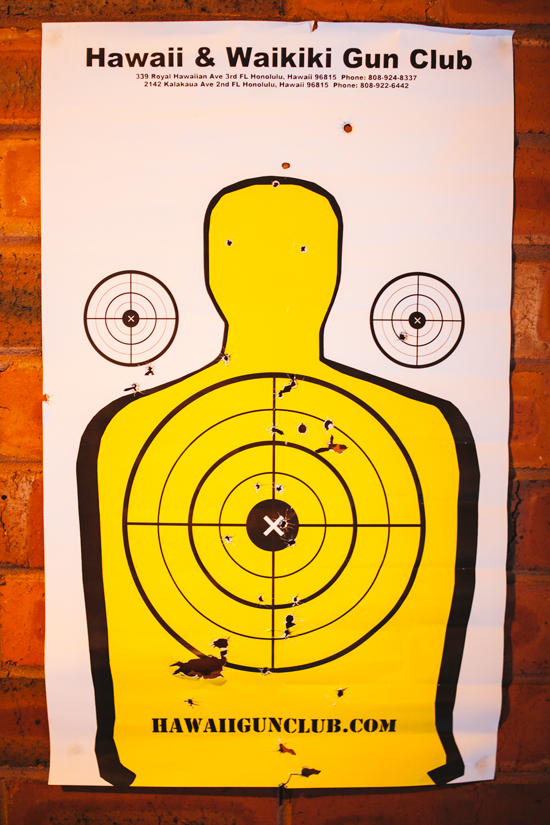 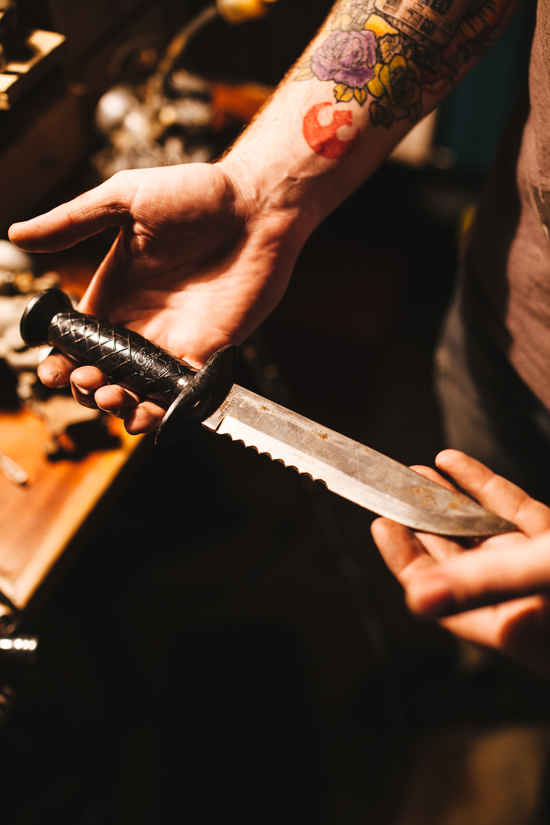 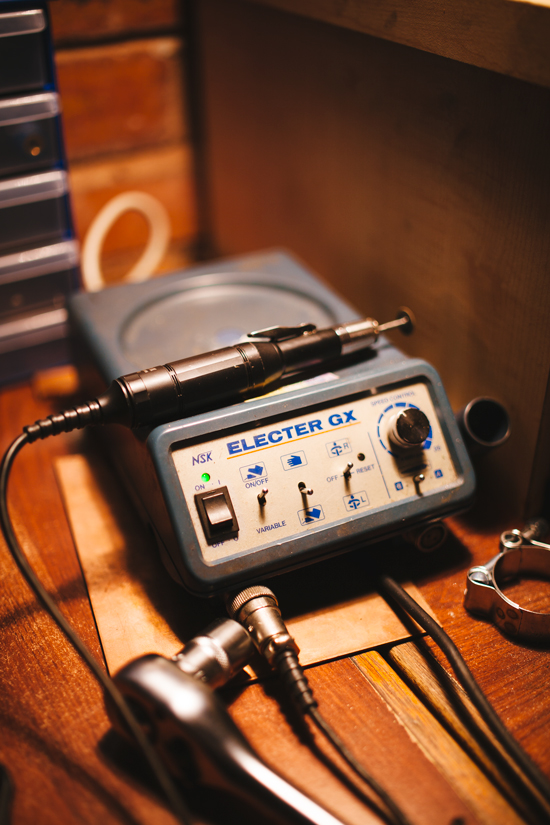 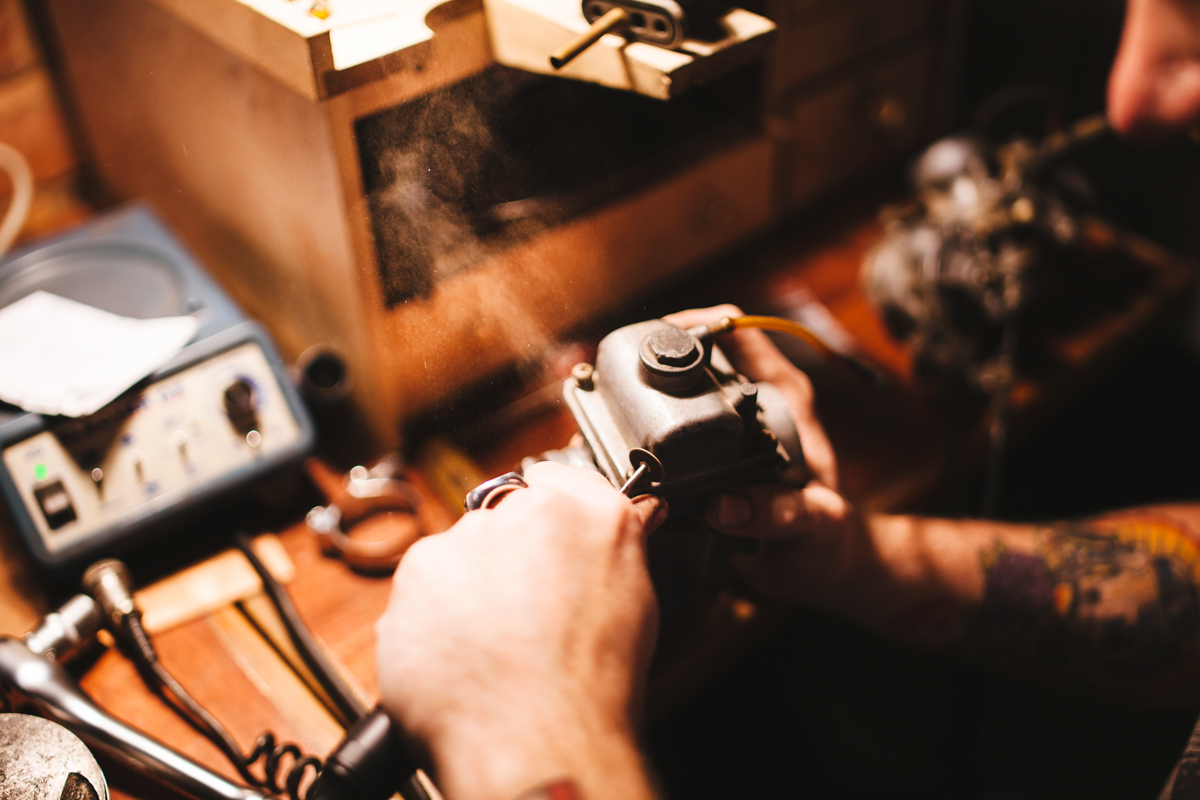 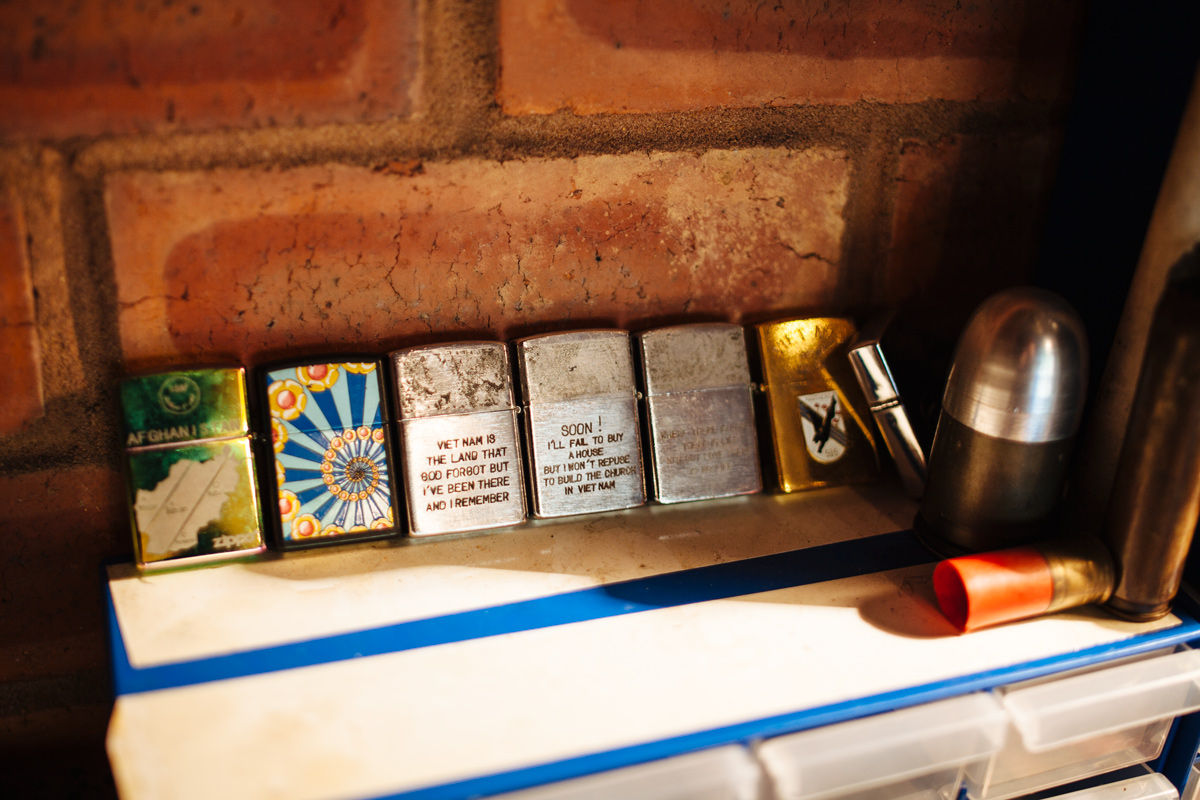 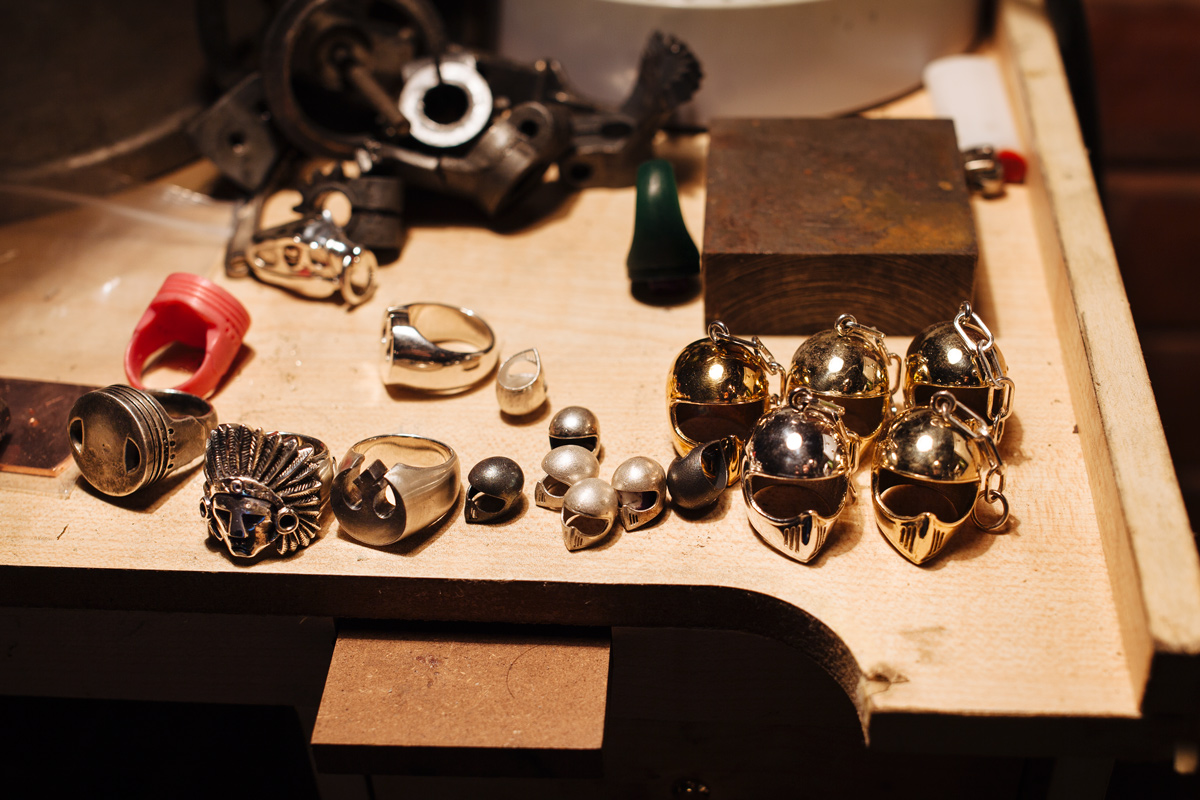 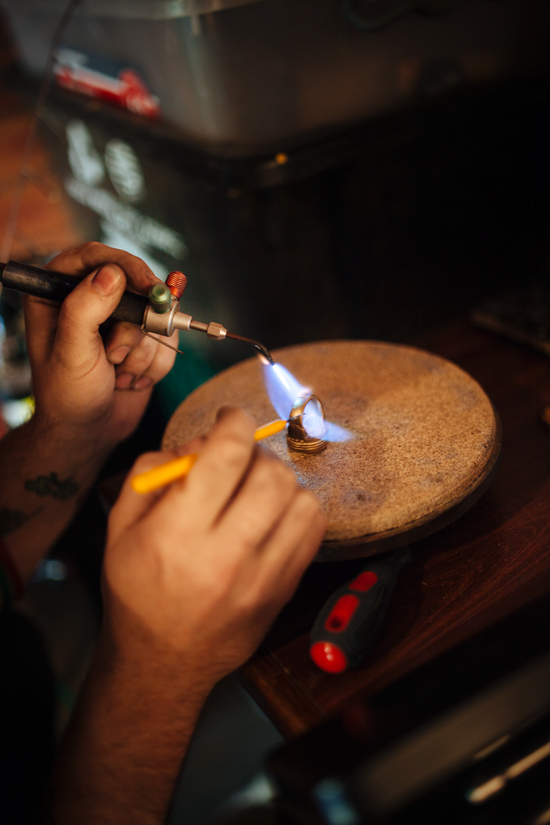 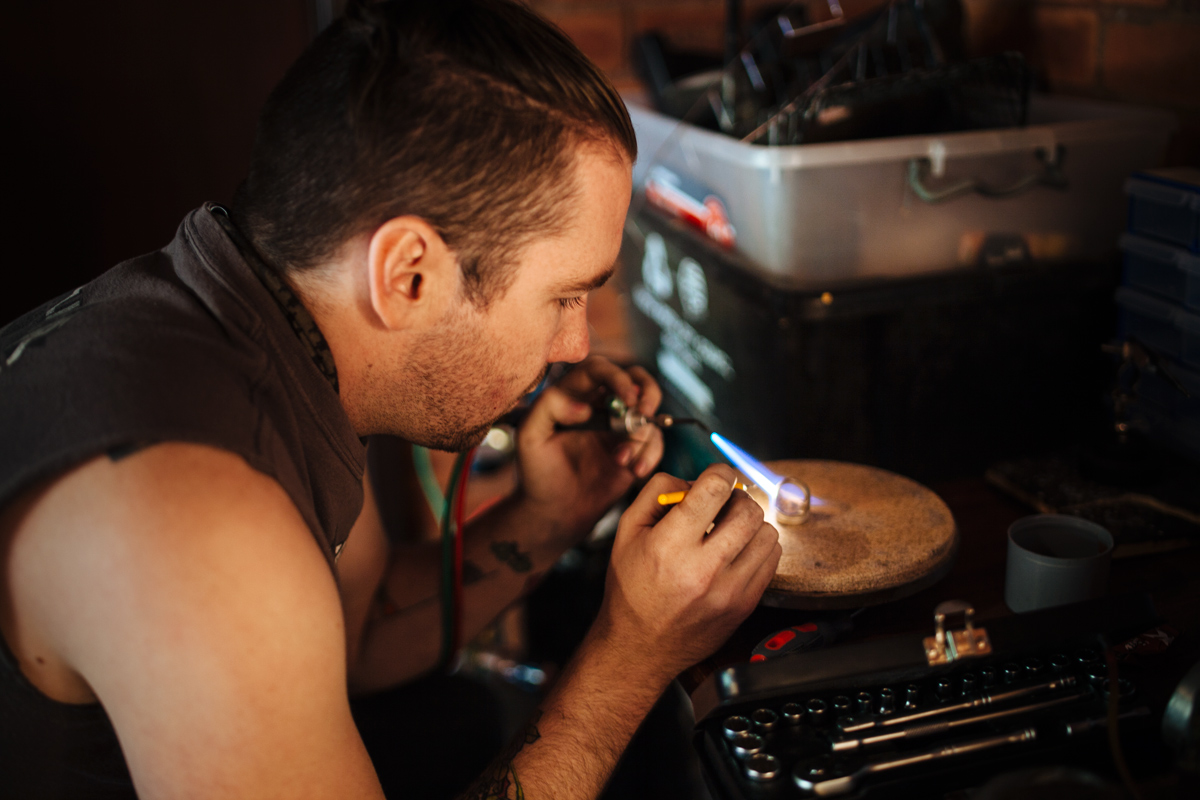 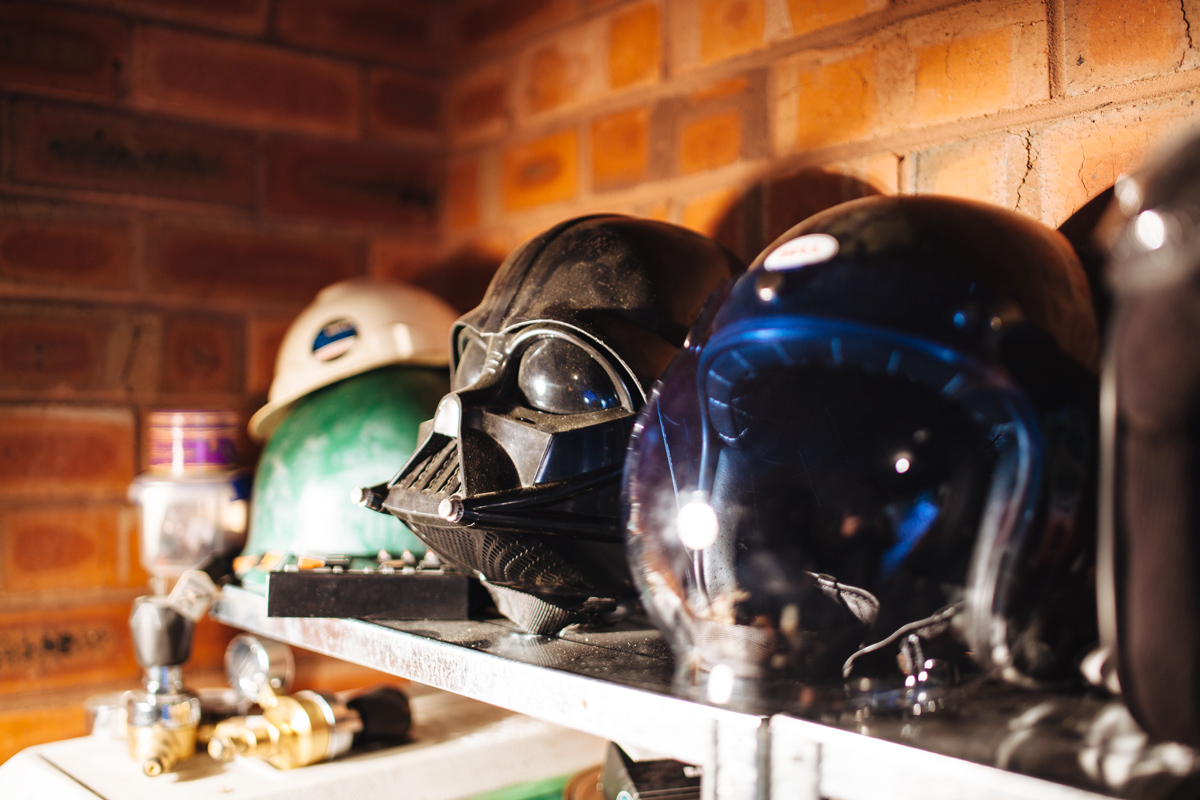 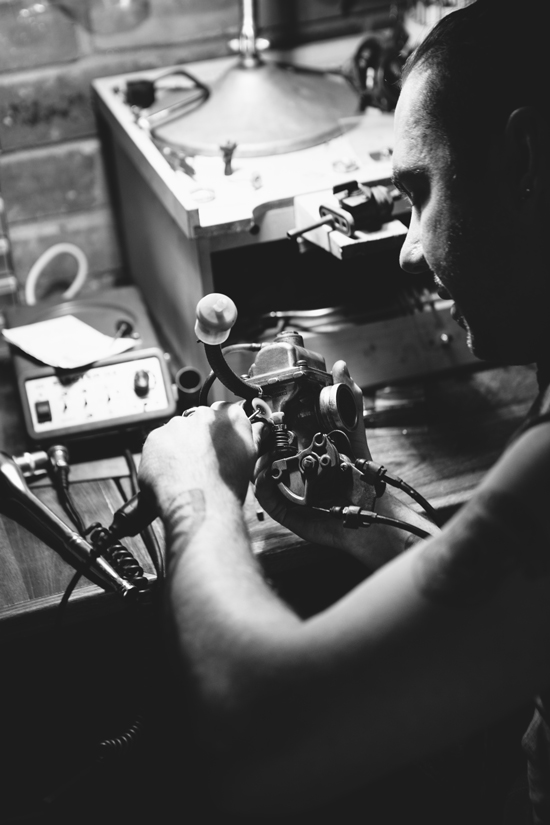 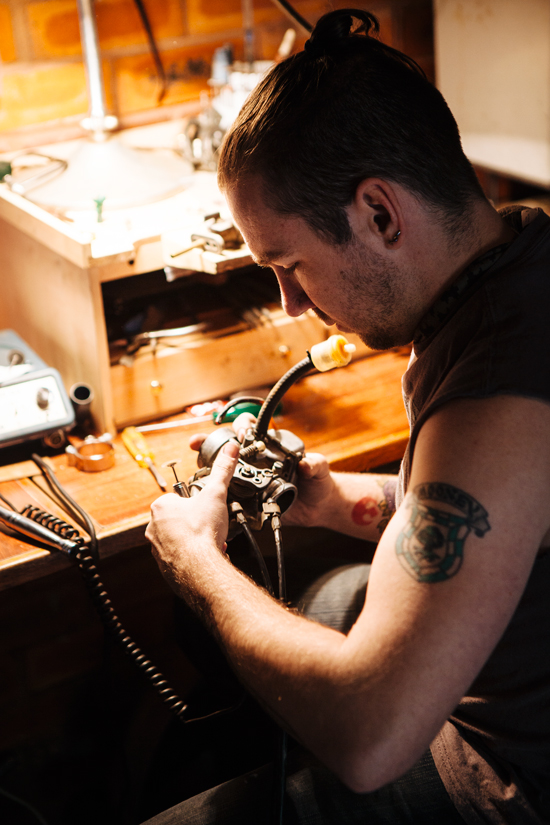 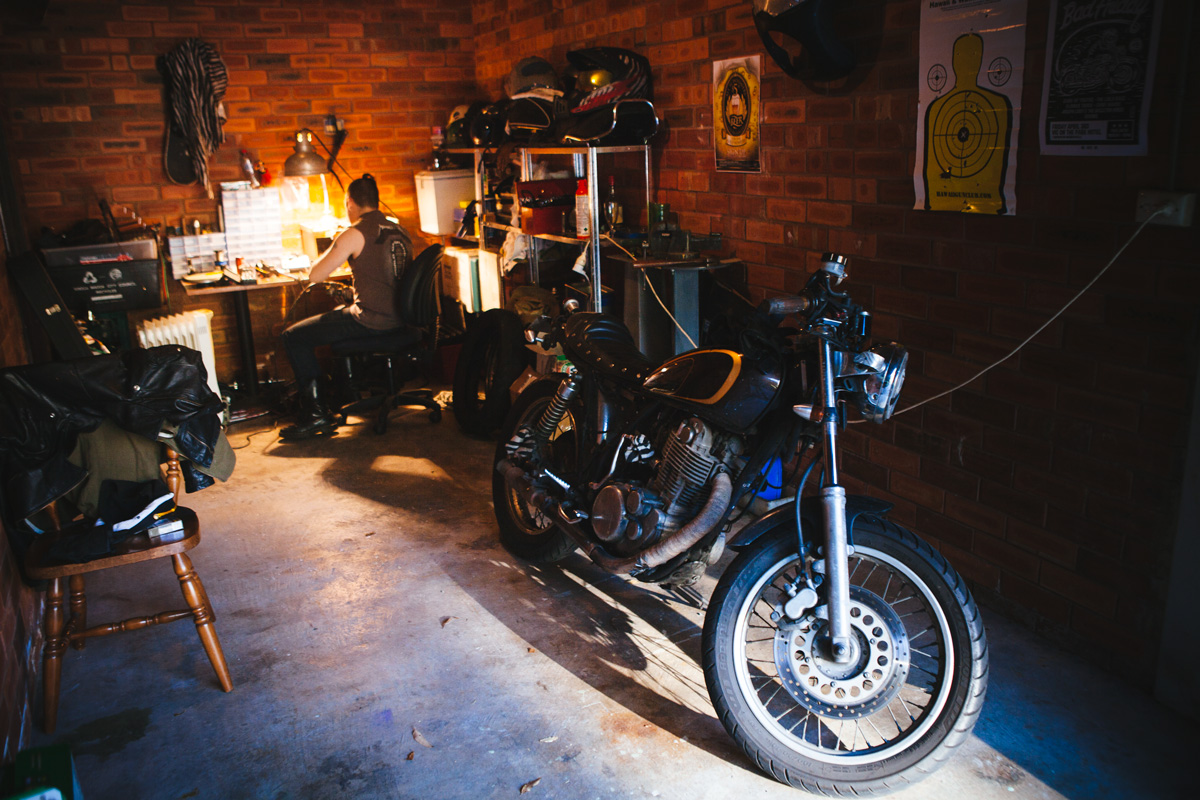 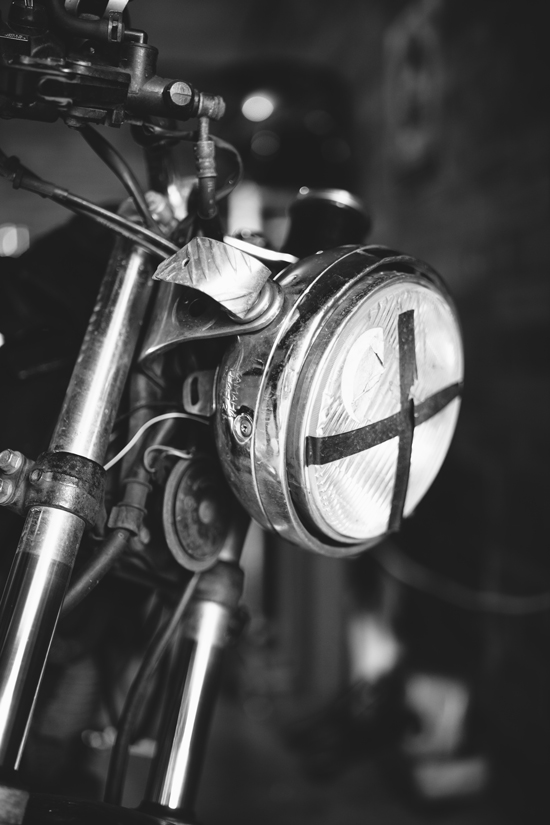 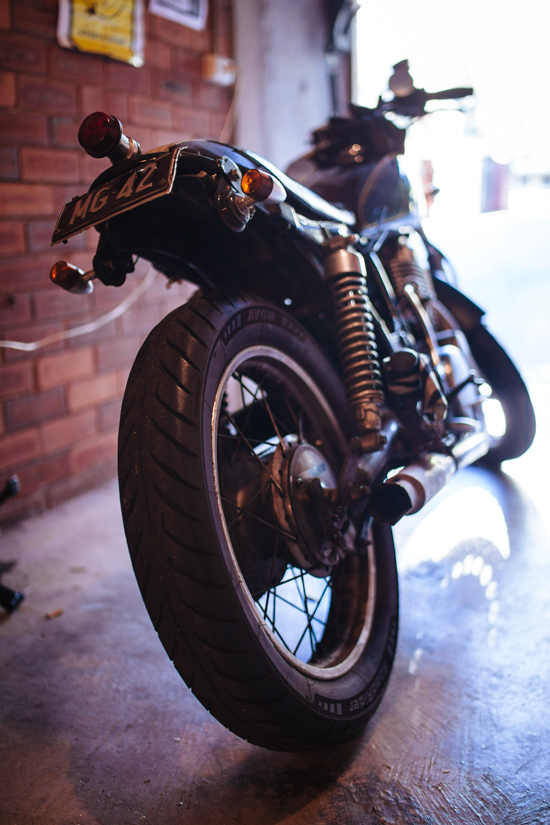 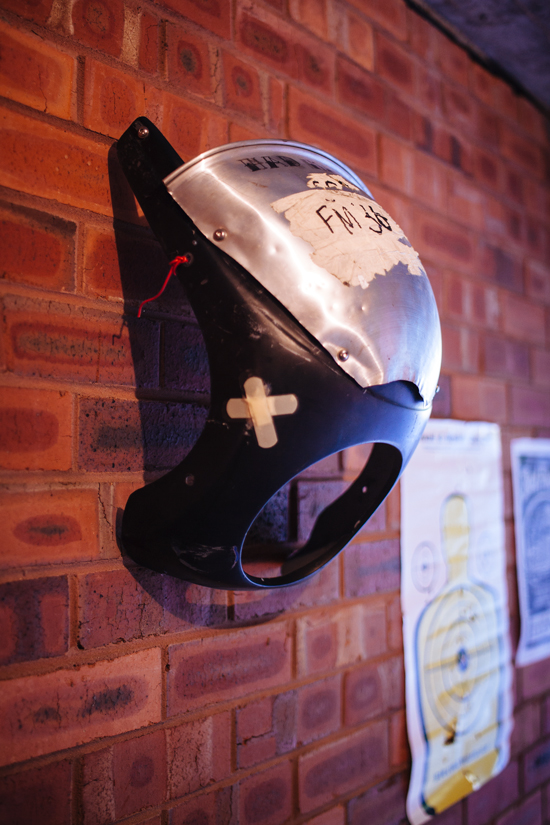 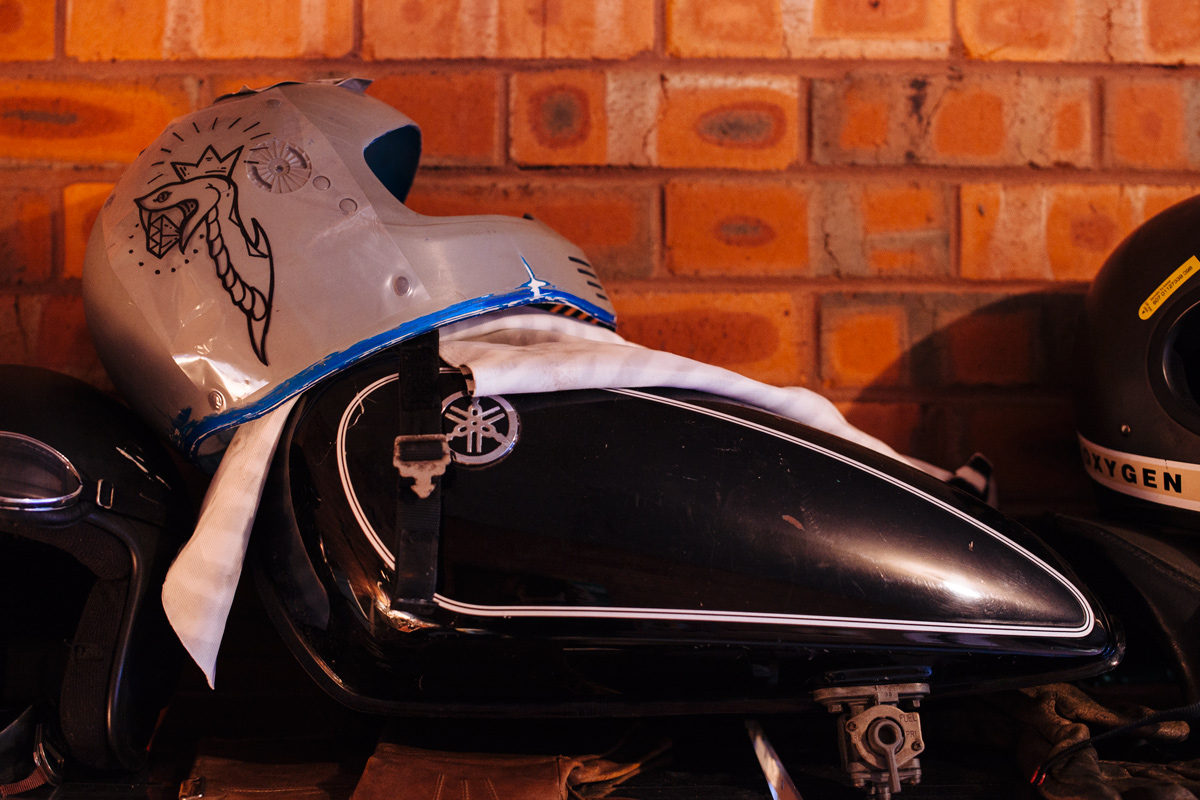 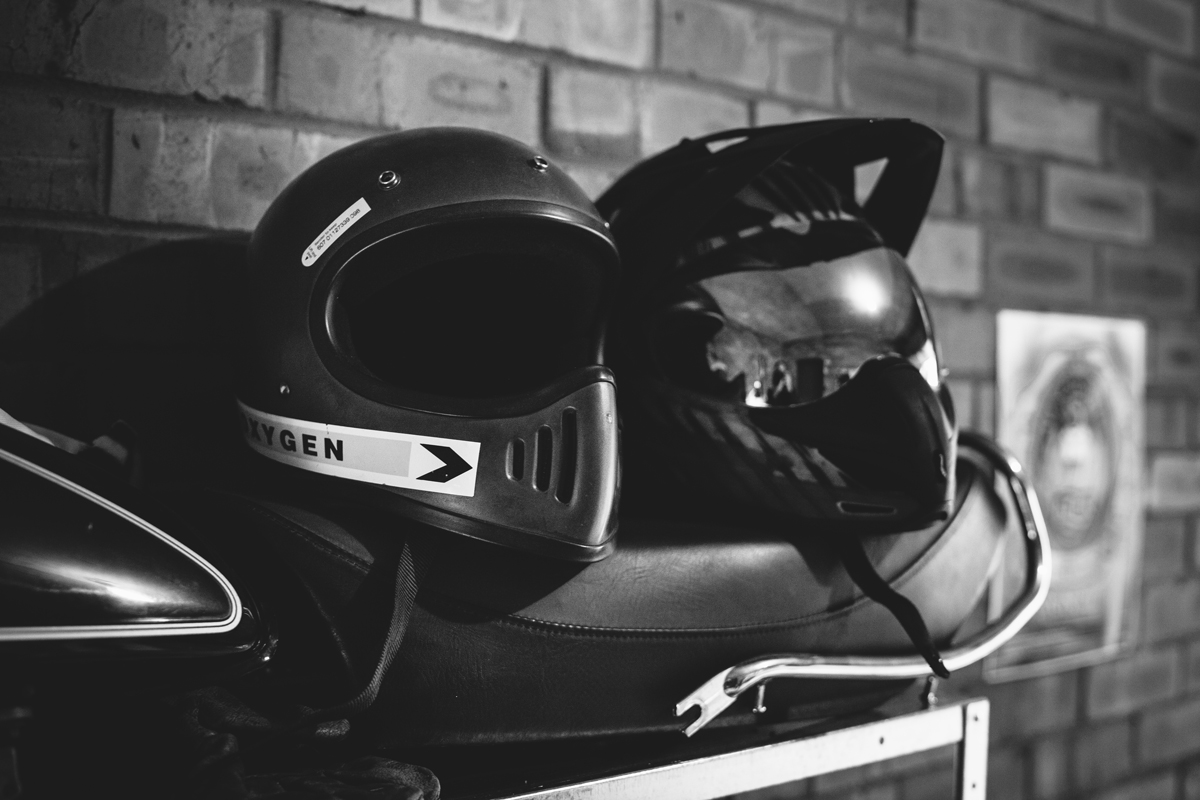