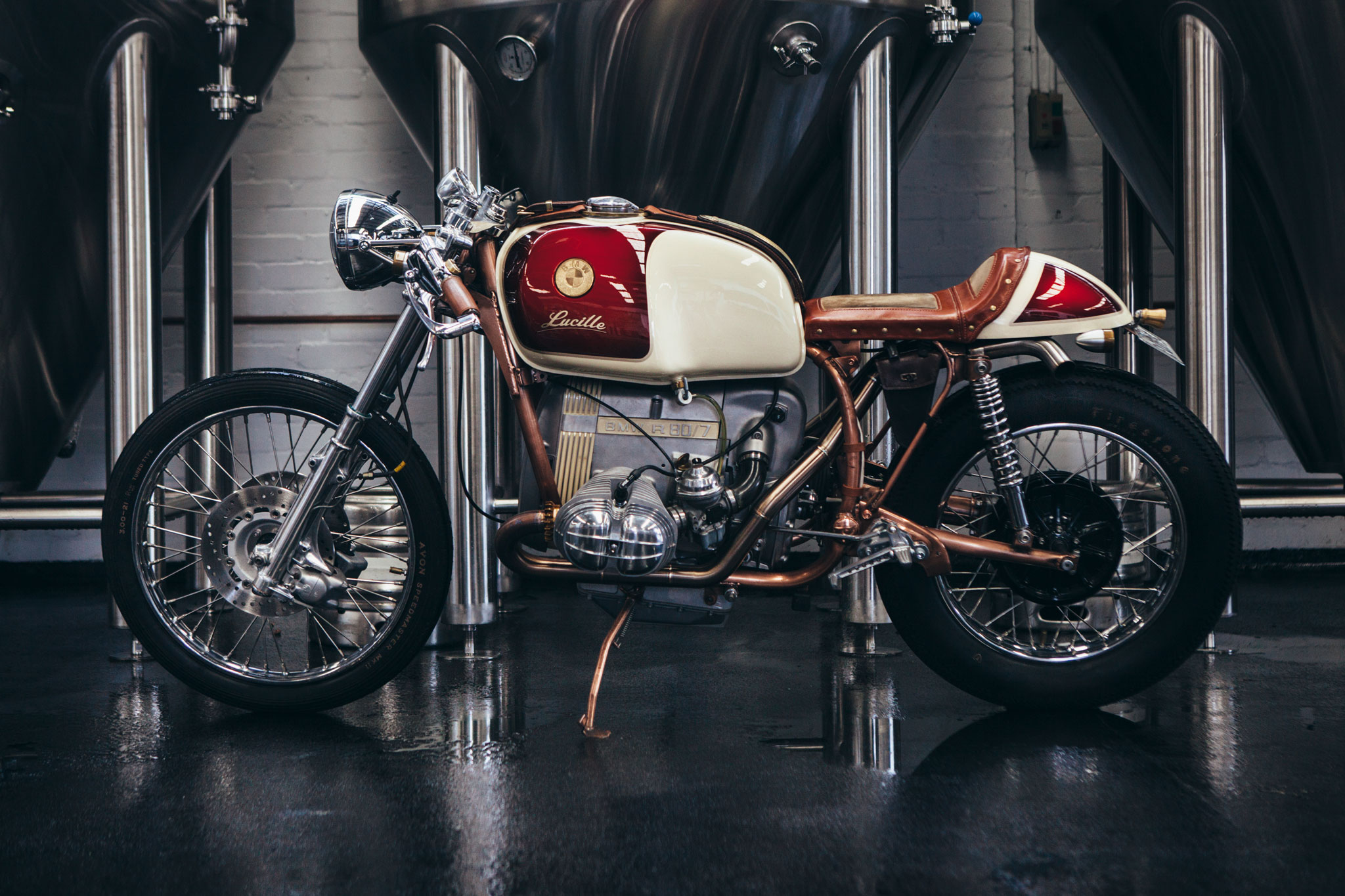 Looks can be deceiving, and that certainly is the case with this machine. Sure, it looks great from afar, but once you take a closer look and learn a bit about it… you’ll love it even more. 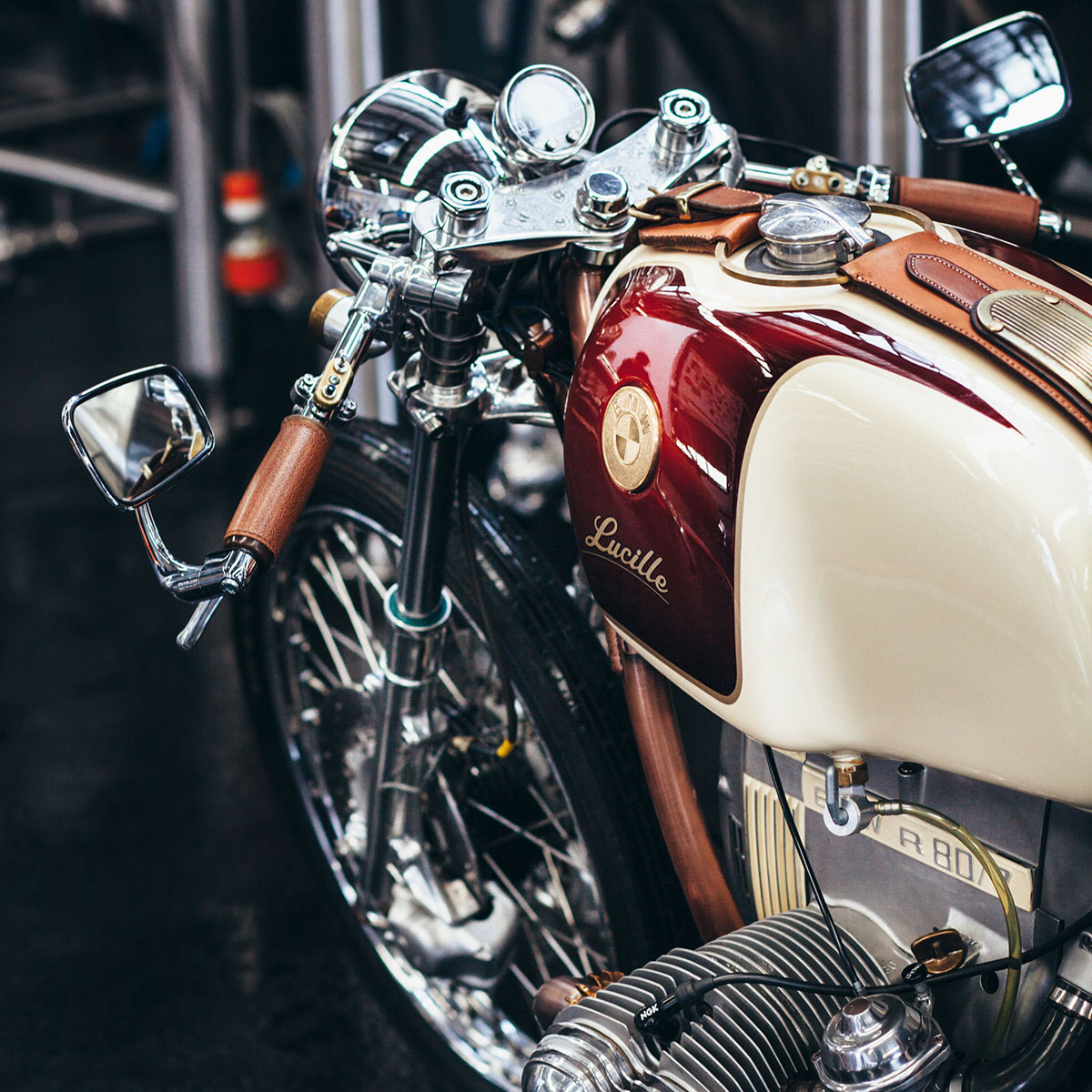 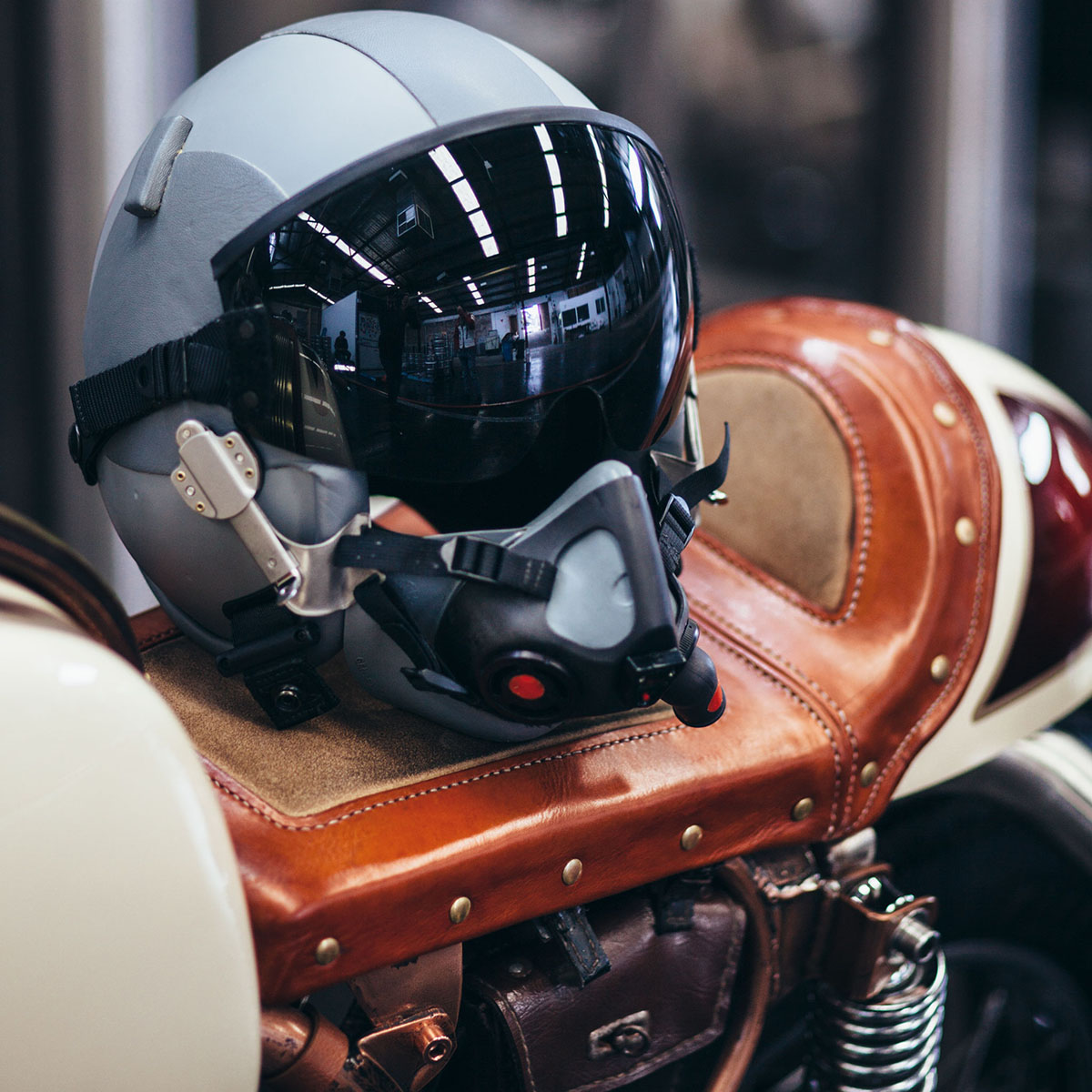 As soon as Rod was old enough, he was off to grab his motorcycle licence. An all too familiar tune sang from his mother however, as she declared a bike was “never allowed under my roof!”. So being the good son that he was, Rod secretly purchased an old 250cc and kept it hidden at a mates place. 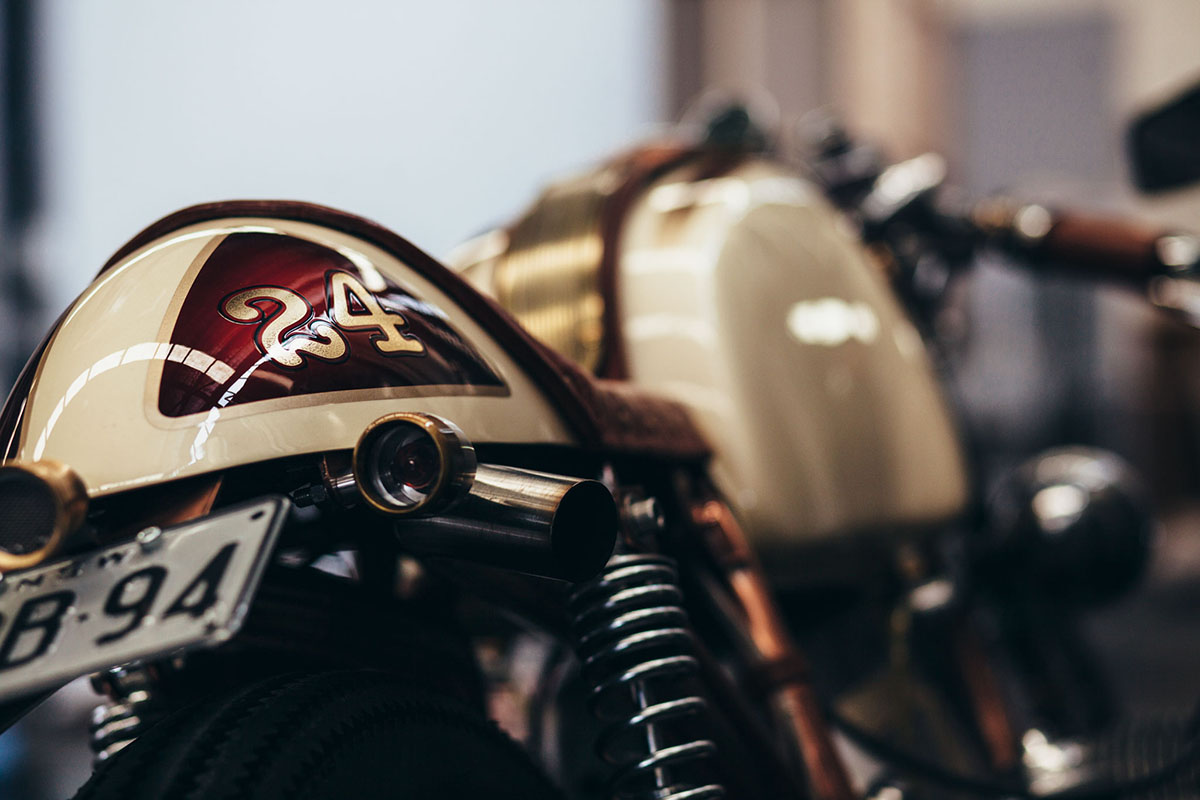 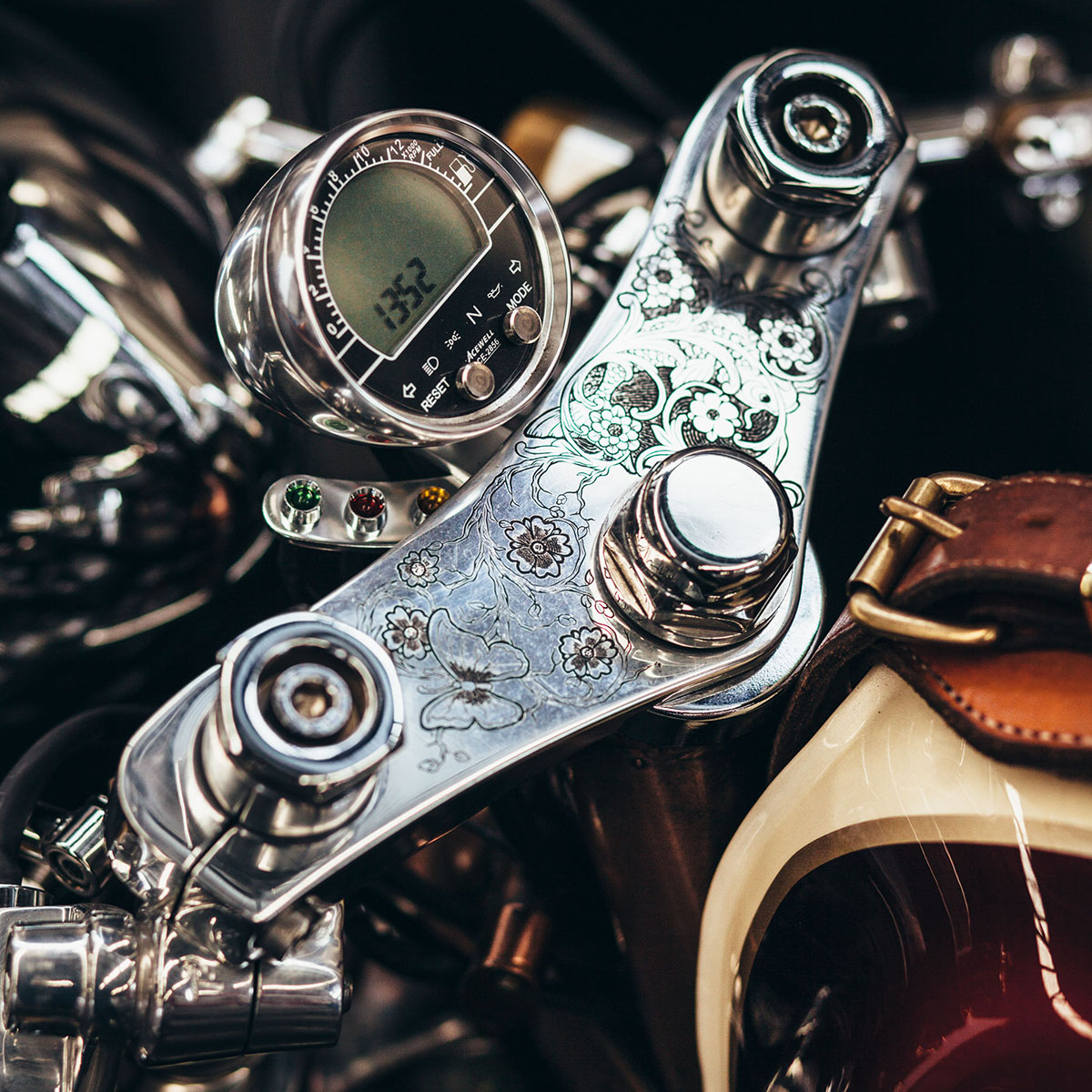 Years later, the wheels that Rod’s riding have enhanced significantly since that secret 250cc. Rod’s inspiration for his 1978 BMW R80/7 came after reading his grandfather’s war diary. Flying a Lancaster bomber over Germany during WWII, his grandfather’s aircraft was named ‘Lucille’ and flew 24 missions. “The diary was so graphic as to what these young guys went through, on both sides I’m sure. I wanted it to represent each side of the war; the German BMW with the vintage English styling, just to pay my respects.” 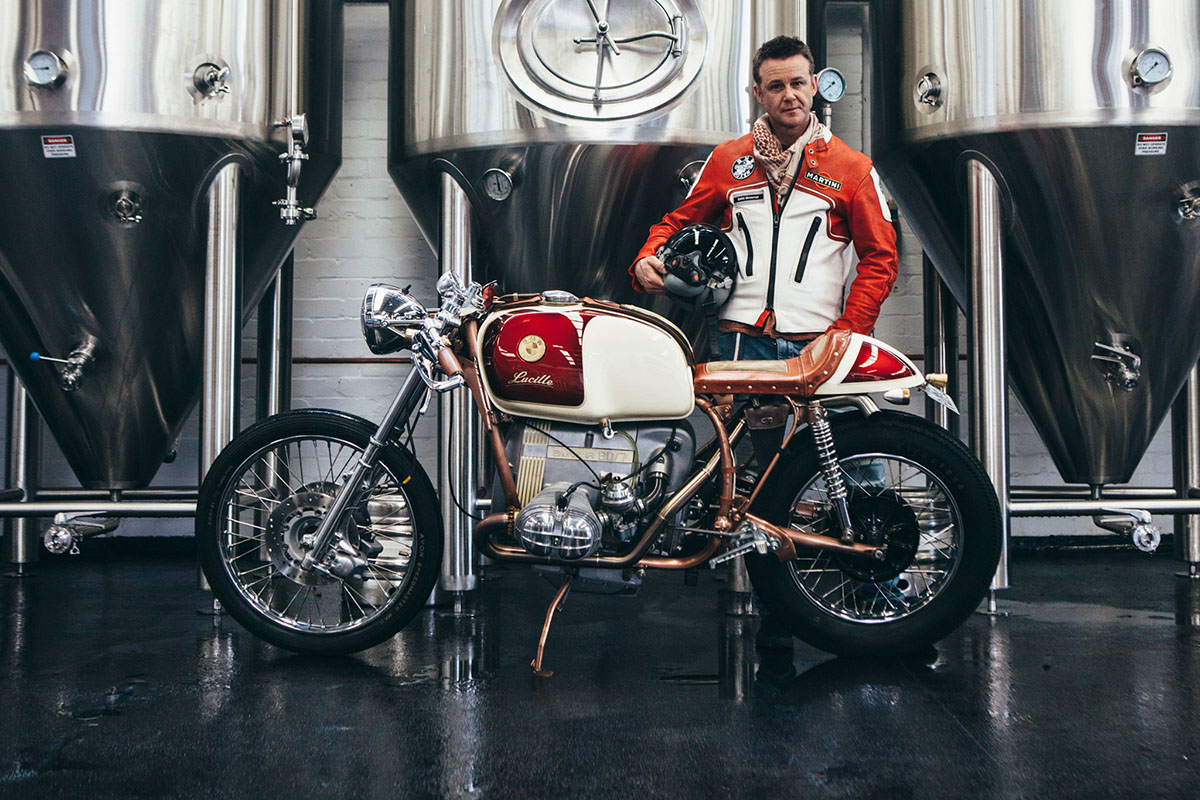 “My grandfather’s war diary was just so overpowering to read, all of what they went through. As soon as I found out his bomber was called ‘Lucille’ I just had to pay tribute, and to think of doing 24 missions and to not be shot down in such horrific enemy fire was a miracle. The diary even had what looked to be dried bloodstains on a page, which just boggles the mind. My Grandfather was shot through the leg at one point after a round went through the fuselage of the plane when under enemy fire. It was just surreal to read.” 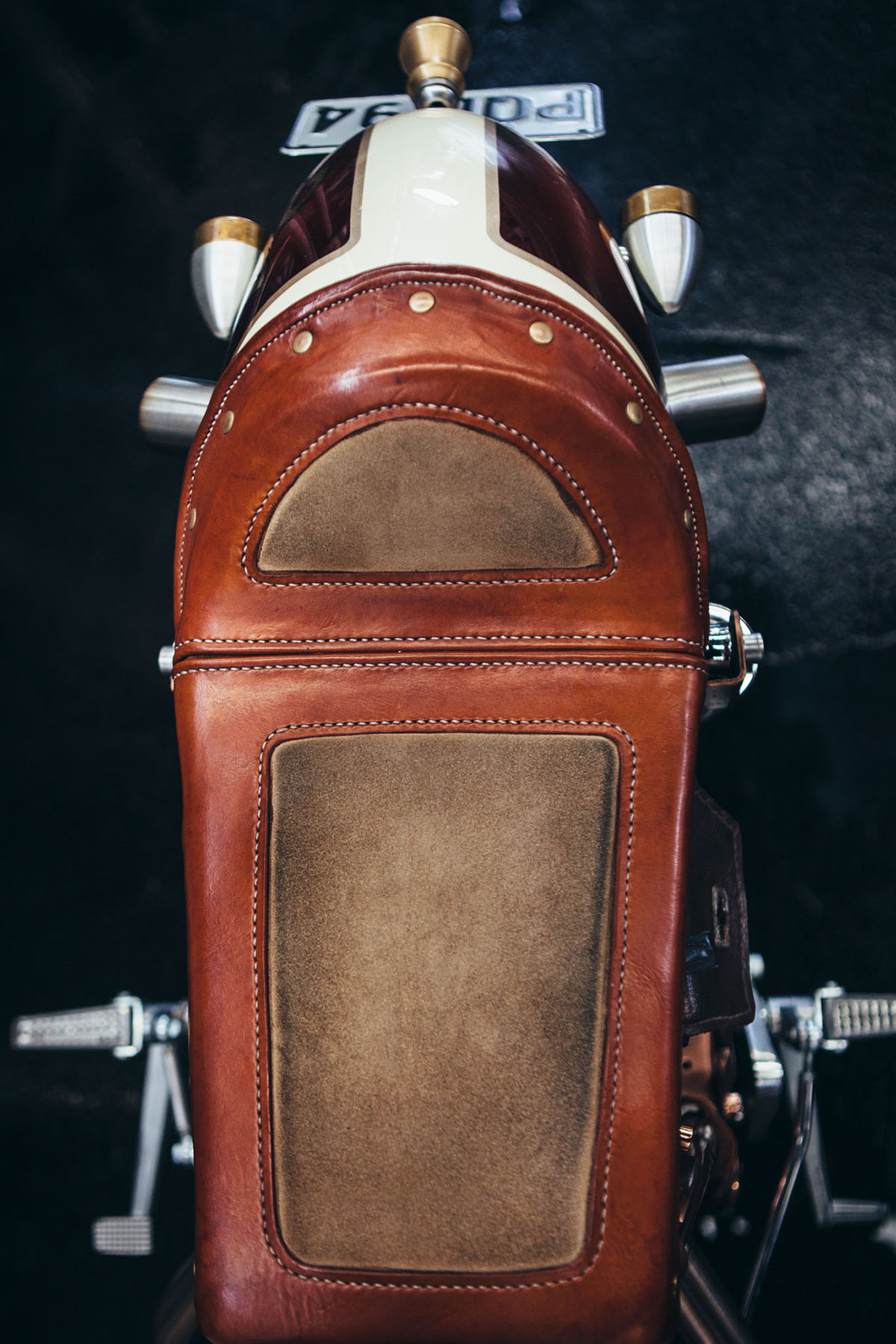 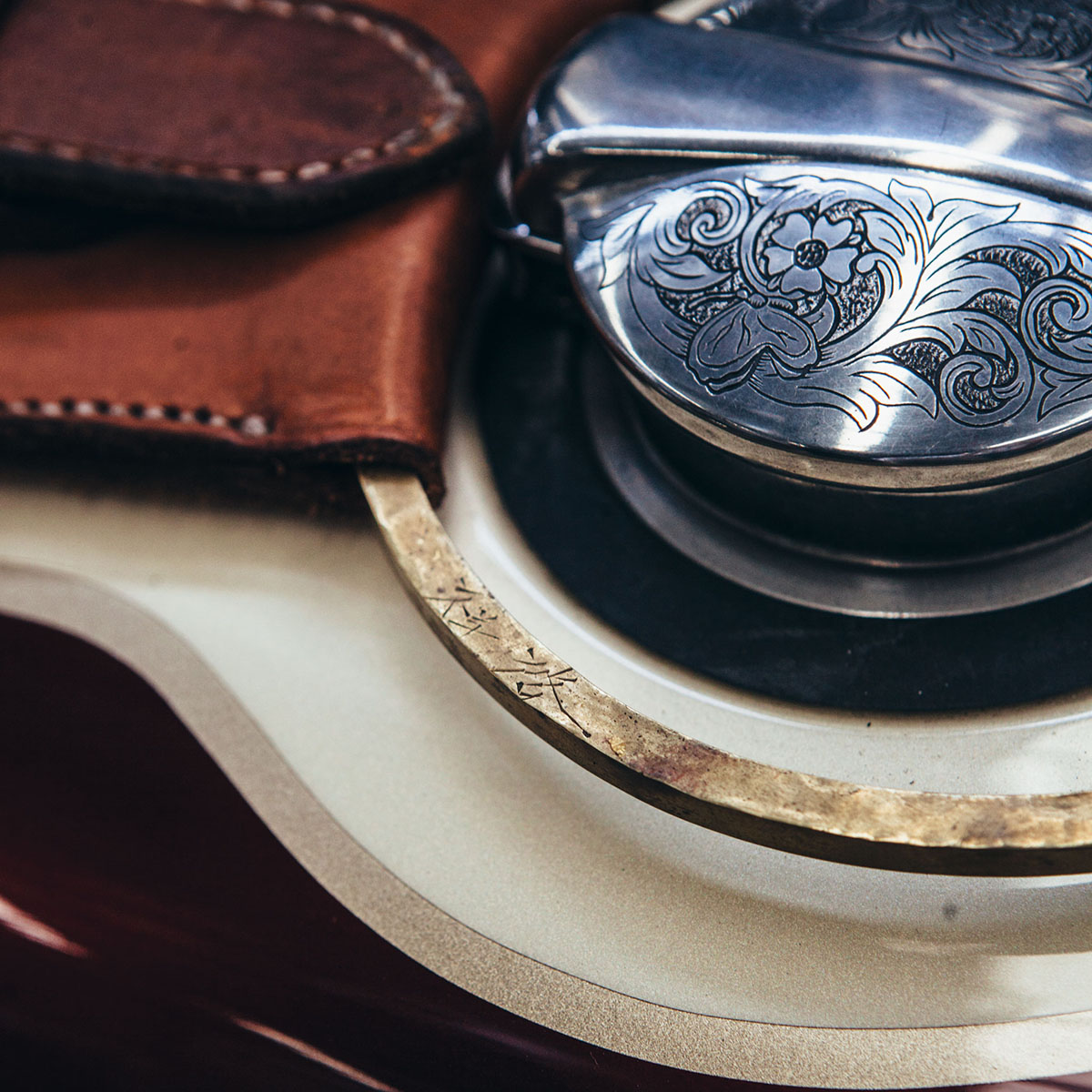 The homages on this bike don’t end at Rod’s grandfather however, as he includes inspiration from the lady in his life to the detailing. “My girlfriend is Japanese and I wanted to include her, so Neo Dutch did the Japanese tattoo artwork on the gas cap, top triple and BMW badges. The brass ring on the tank strap was hand beaten by an old Japanese swordsmith we met on a trip to Japan in old Kyoto. He saw photos of the bike and loved it so much he donated the ring; and he even signed it for me.” 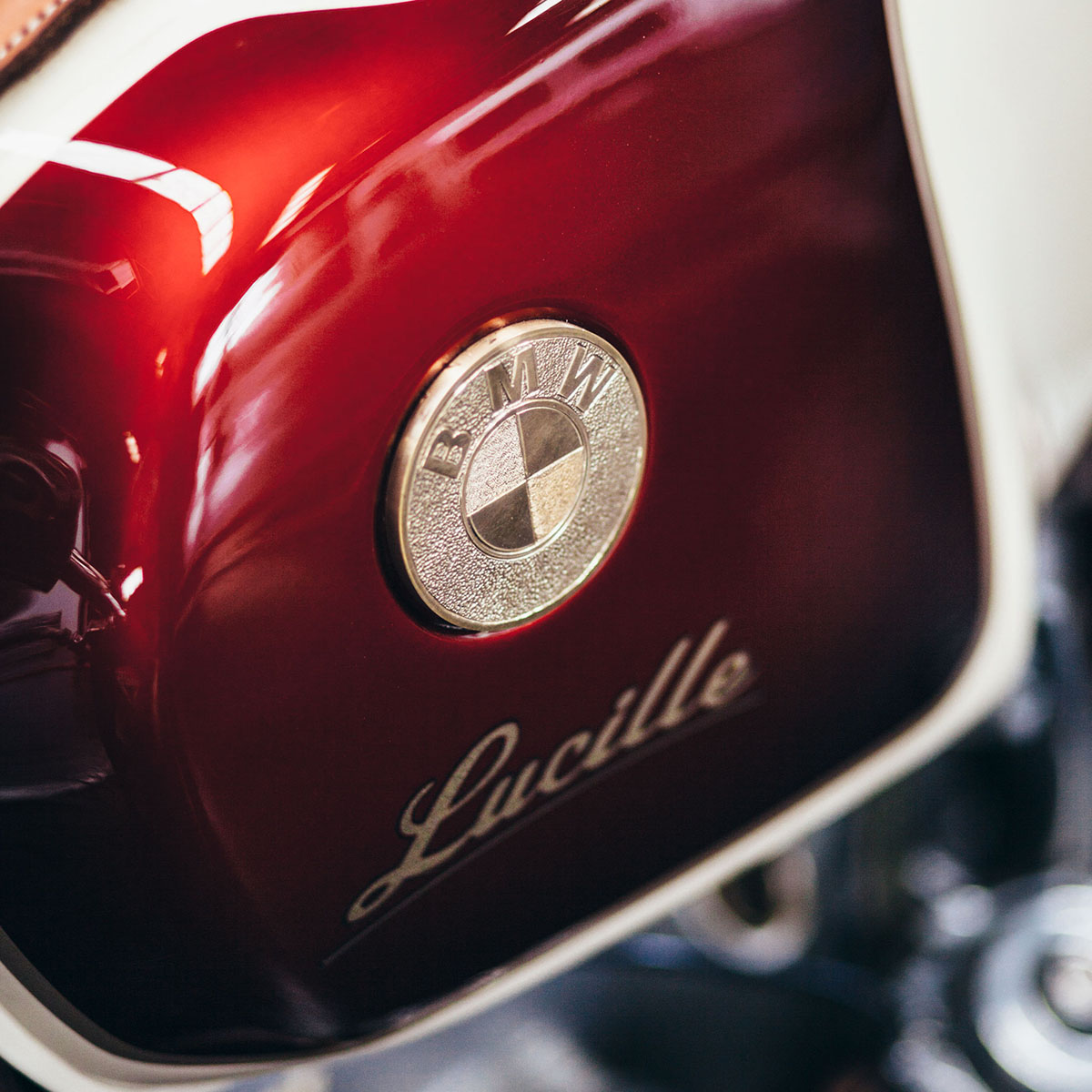 Now you’re getting more of an understanding as to why looking and learning about this bike, only makes you love it even more.  The fusion of different styles and inspirations on this bike do not clutter or clash at all, but sit in perfect harmony to create an aesthetically beautiful and unique build. A young girl named Renee Matthews from Luddenham in Sydney did the seat and leatherwork. Saddlery is a dying art, but Renee carries this tradition on with amazing style and talent. Another key feature of this bike is the unique copper plating which was done by Astor Metal Finishes, and is an immediate talking point. 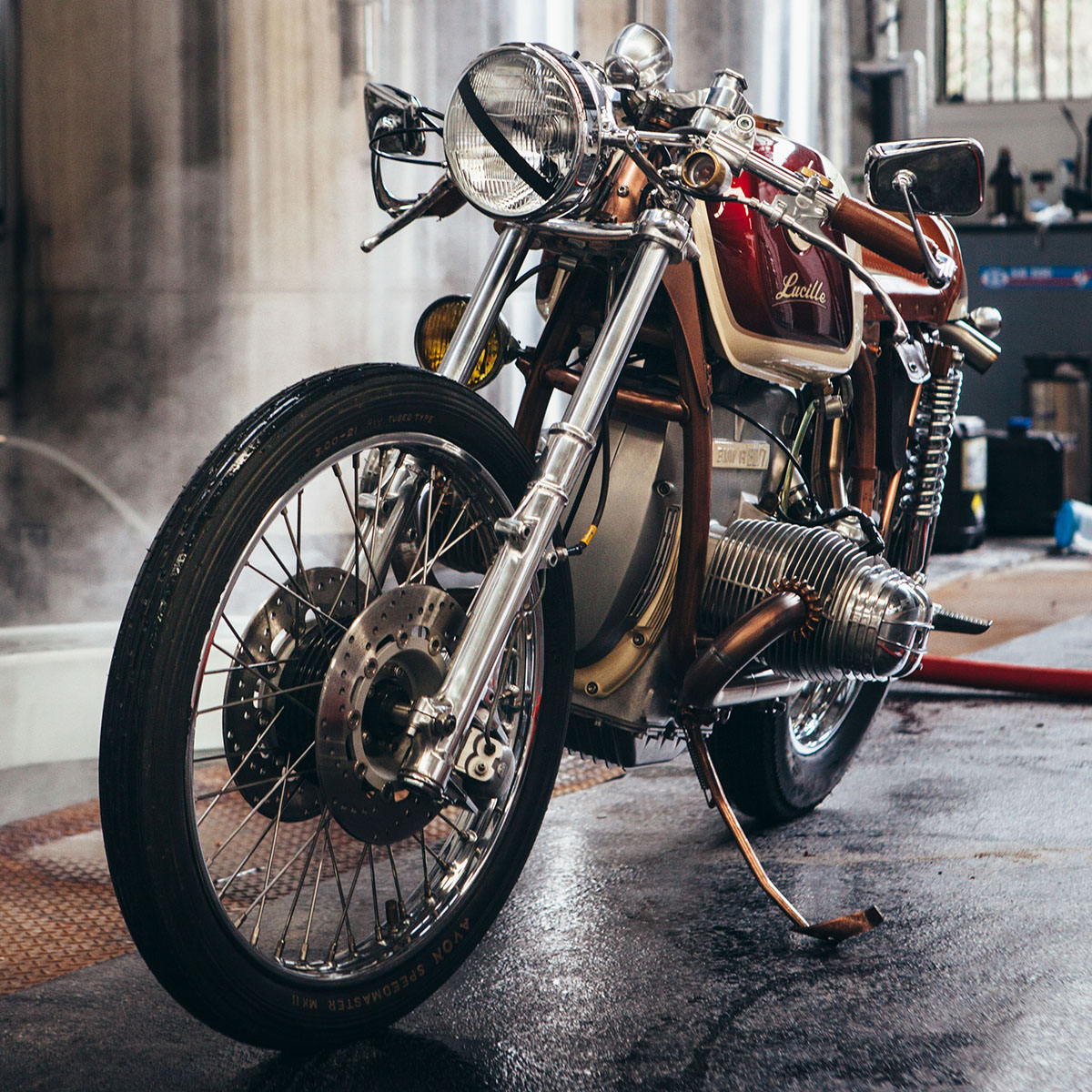 The connection to this bike isn’t just emotional and historical; it’s also very physical. “I have always just loved the freedom of two wheels. You feel more connected to the machine you are with; and ‘Lucille’ is definitely not an easy bike to ride. She has personality and you need to get to know her and her quirks. I love that feeling of connection. You just don’t get that with an off the shelf mass-produced clone. Sure, they go faster and brake harder, but there’s no soul to connect with in my book.” 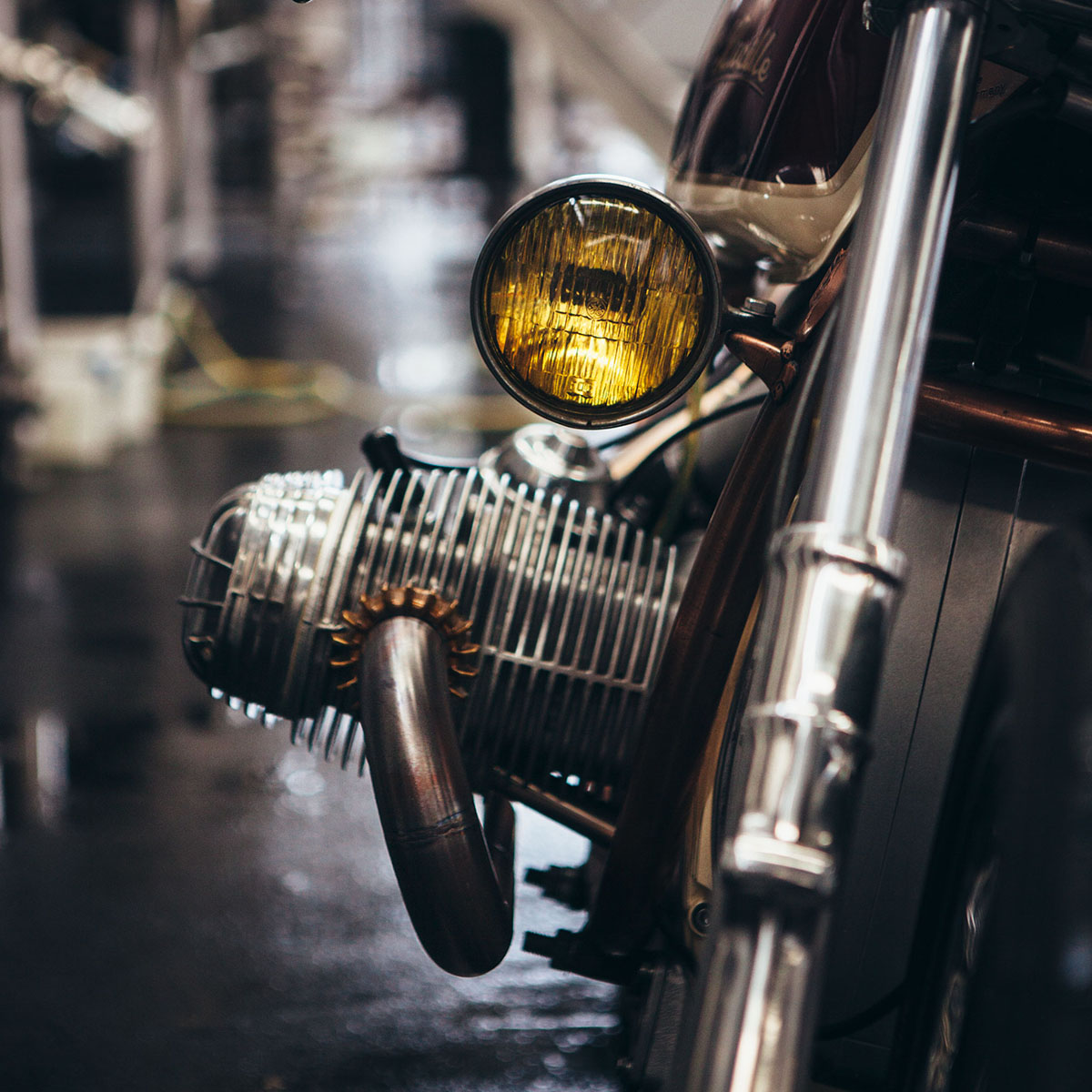 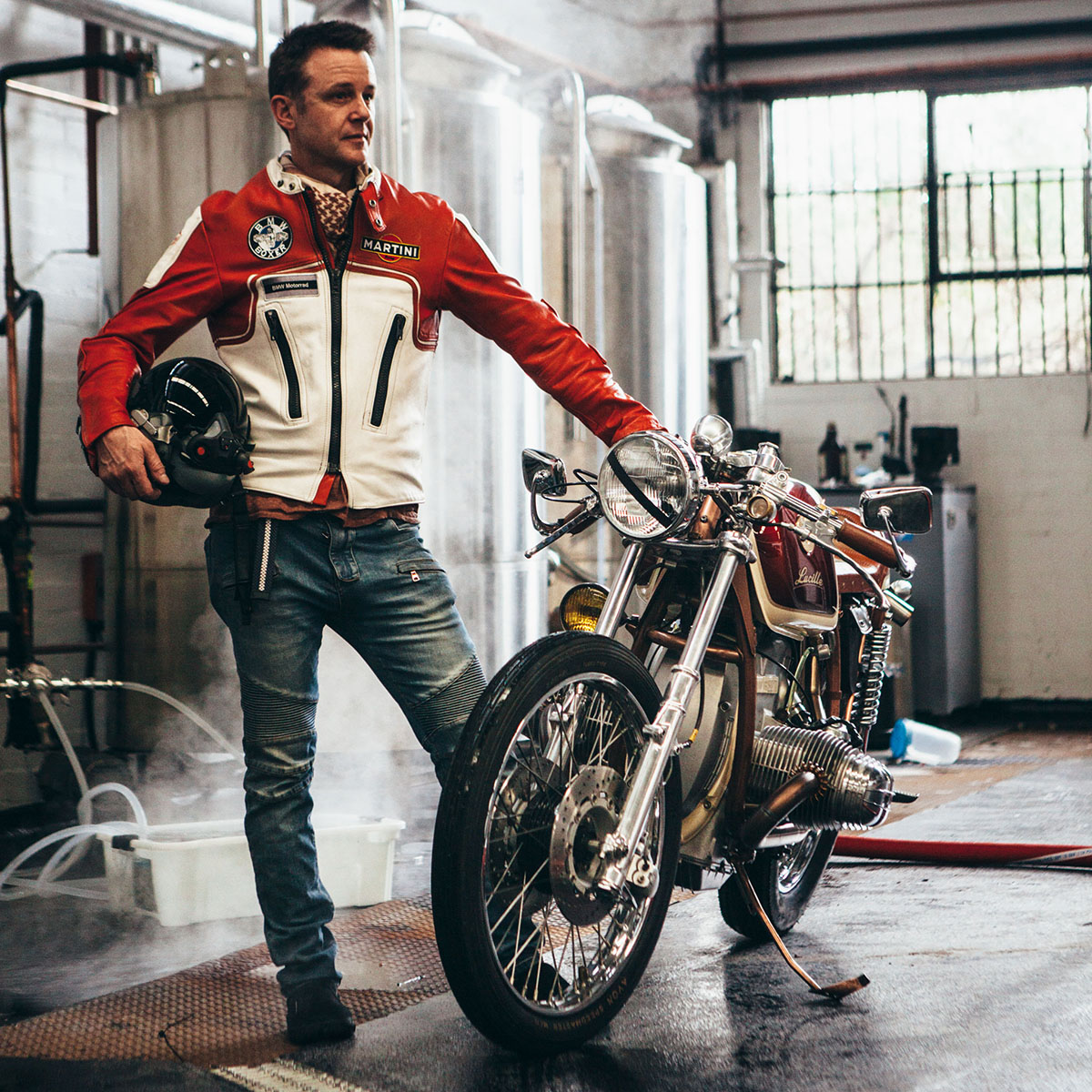 “The trickiest part for me about this bike was definitely shimming the gearbox. I did it myself and had to redo it more times than I care to mention, but we eventually worked out our differences and she ended up co-operating after much discussion!” 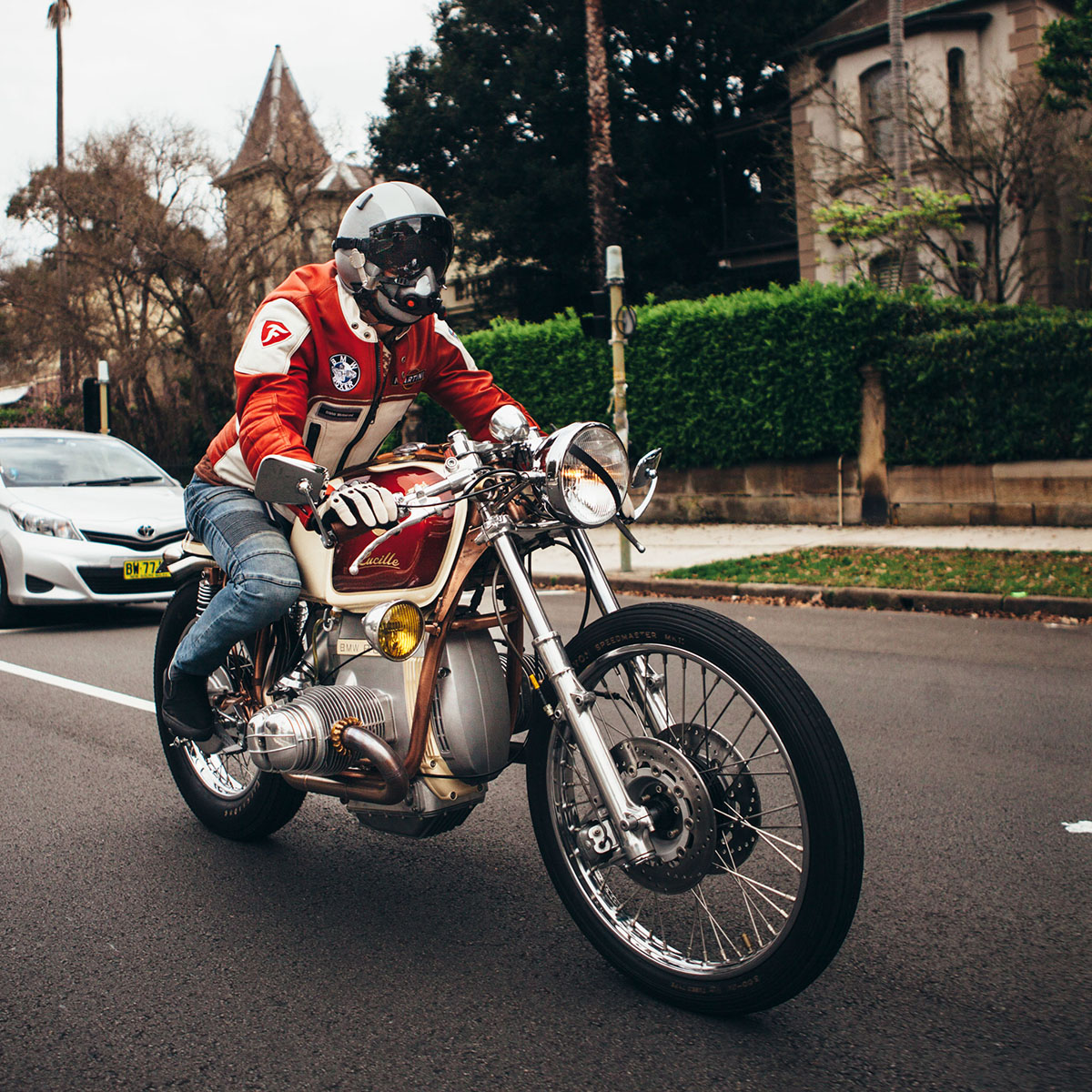 The hard work and multitude of people that both contributed in making this bike was it is and inspired it’s nature it something that truly makes it a special build. A special thanks to Jason at Gasoline Motor Co who played a big part in getting this bike running and on the road. “I love just looking at her and seeing all the different aspects of my life come together in such a beautiful single form”

A very special thanks to Matt at The Grifter Brewing Co for letting us use their space, and for making such tasty beer! 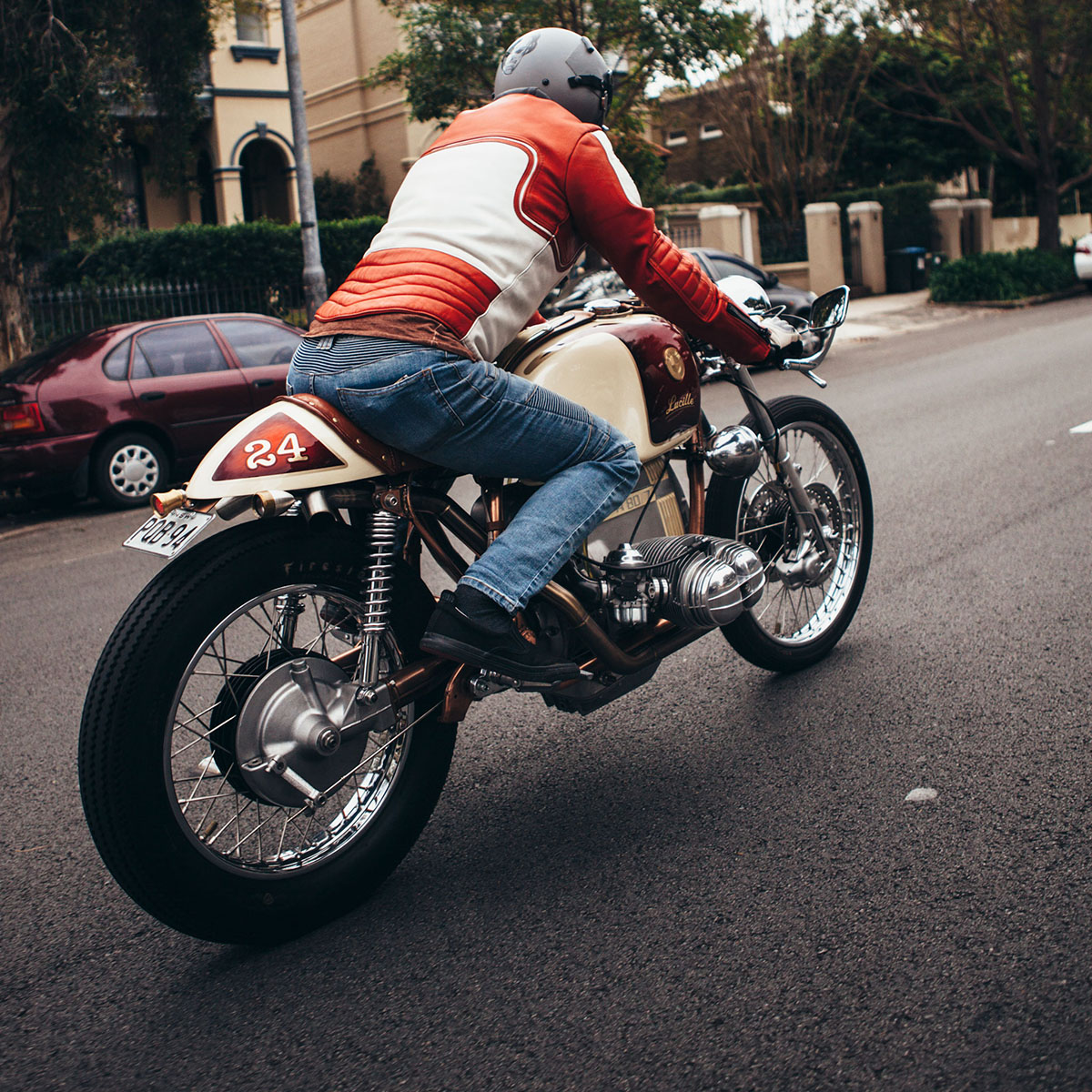 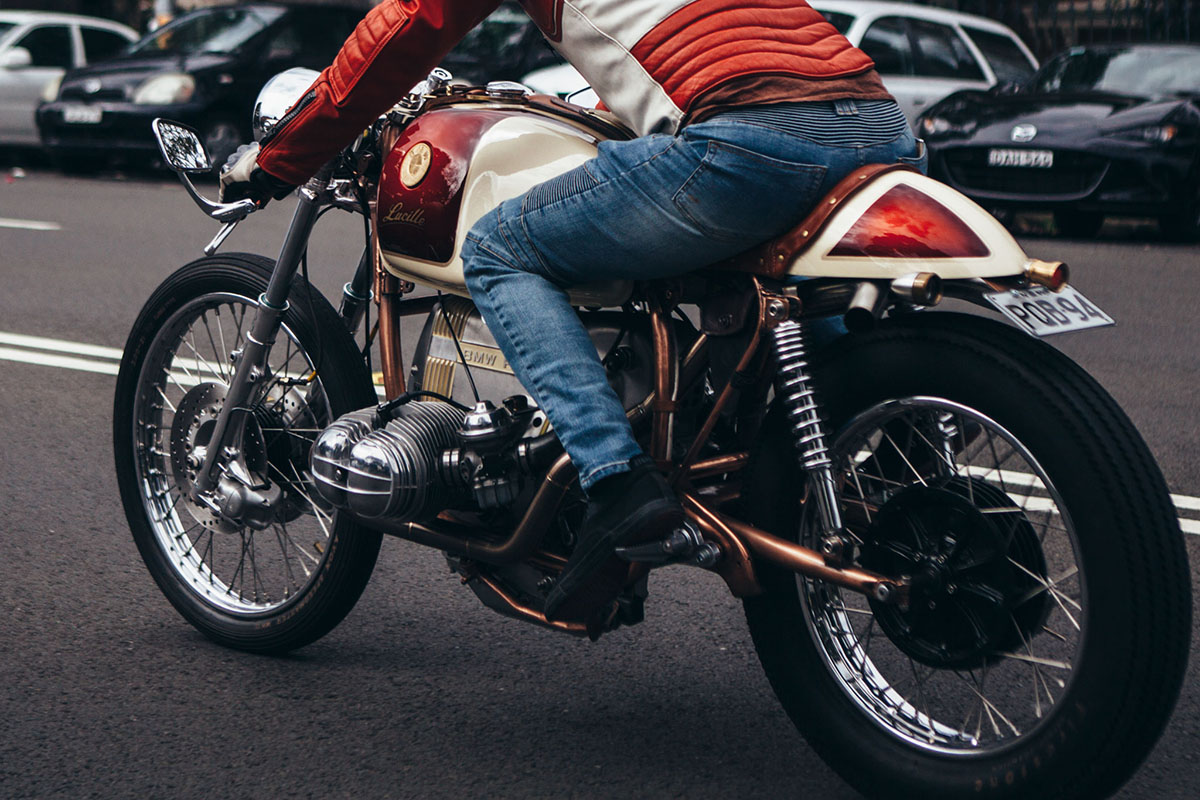