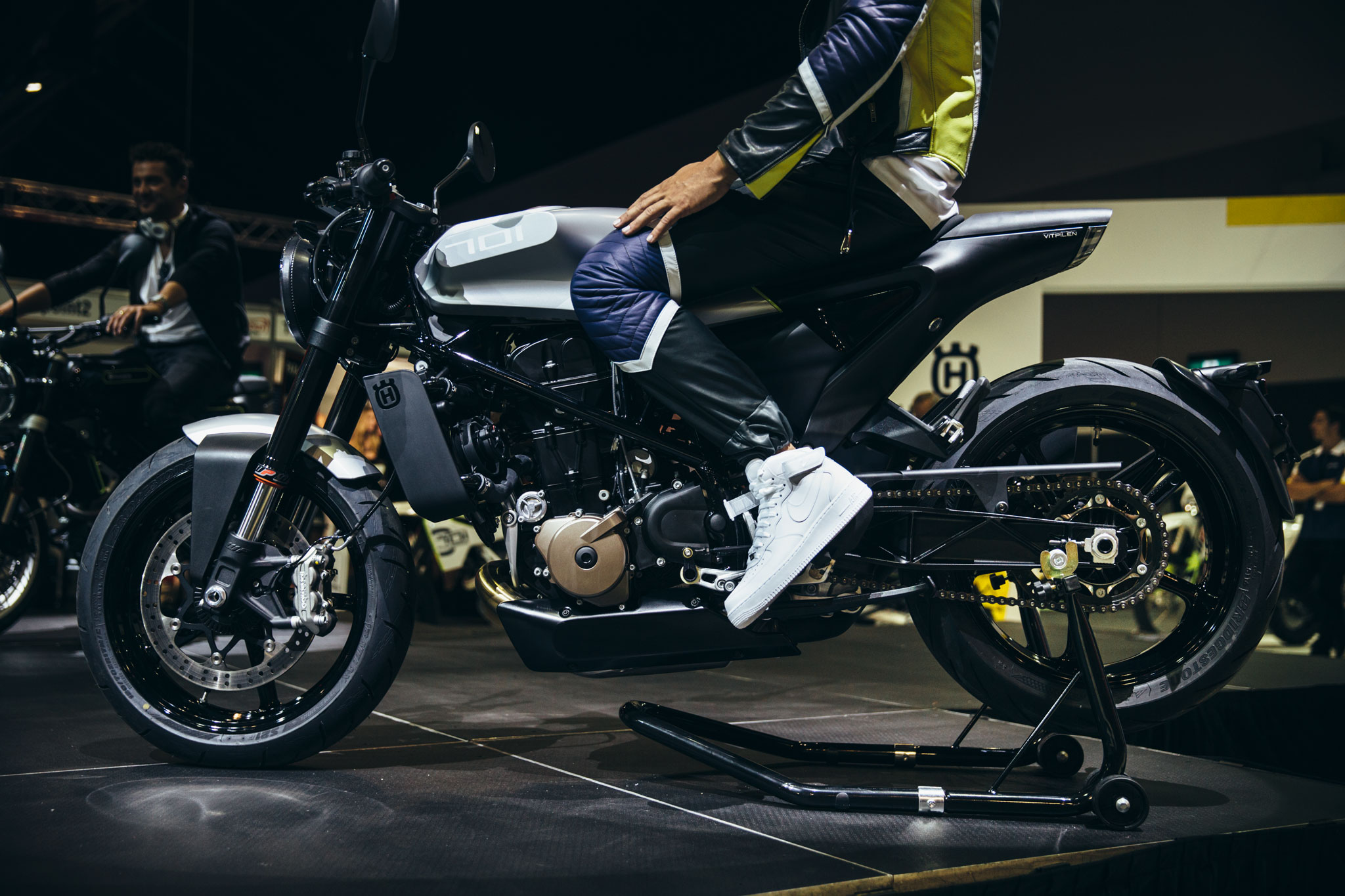 As the Sydney Motorcycle Show is packed away, along with it goes a ton of exciting new and custom machines from manufacturers from all over the globe. As we settle back into work we decided to pick some of our favourite new, and not-so knew machines that were on display over the weekend. Of course, we’re more inclined towards the classic and retro styled machines, so we’ve only scratched the surface on what was on offered all weekend. There’s some really exciting releases coming from brands in 2018, and so heaven help all of our bank accounts. 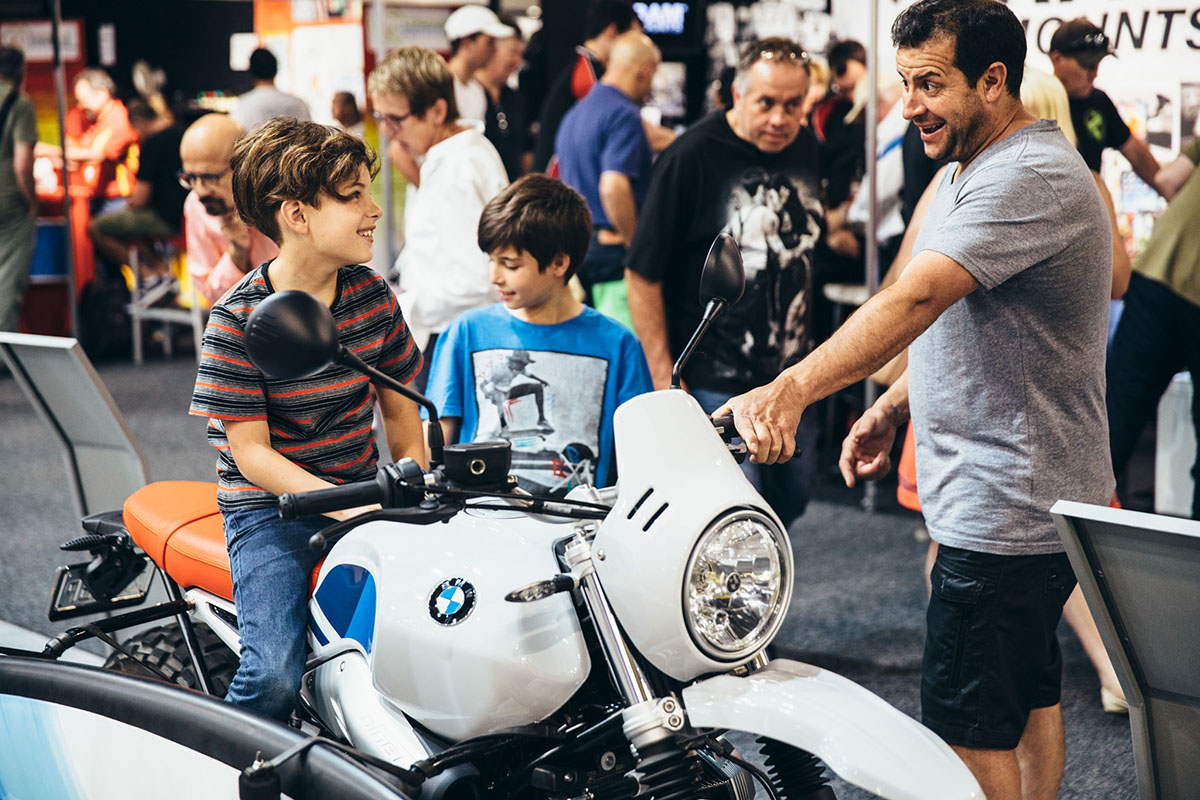 Powered by Royal Enfield’s all new 650cc parallel twin engine, these new bikes are another stride in the momentum that has been growing for Royal Enfield. First shown off at EICMA this year, this new engine is classically stlyled as with the bikes, and is said to be easier to maintain. 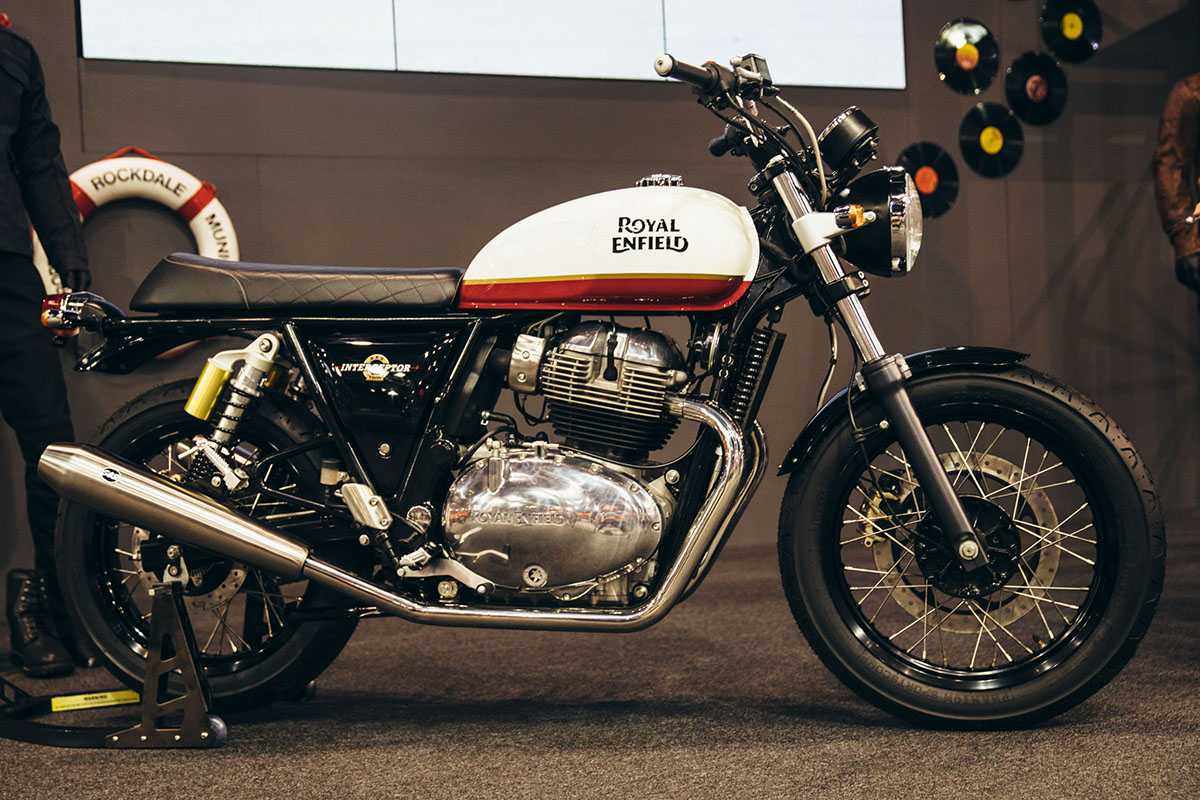 These bikes are true to what Royal Enfield have stressed before in which they enjoyed a more relaxed pursuit of happiness, instead of white-knuckled testosterone. These will be a very appealing addition for the classic and café racer fans of the bike world, and I’m sure it won’t be long until some excellent custom creations are made from them. 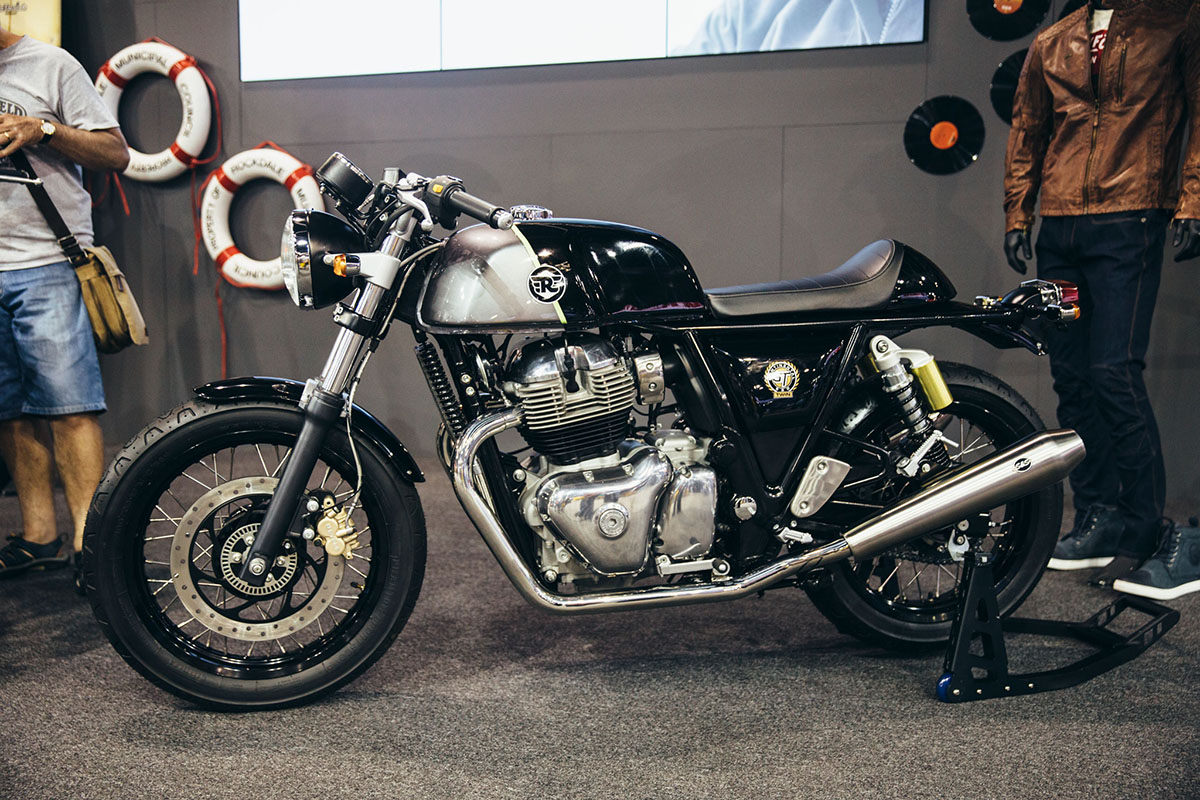 The booming success of the Ducati Scrambler series has been growing year by year, with new models being release of the already favourable designs (The Desert Sled and Café Racer most recently) along with a smaller, LAMs model (Sixty-Two) now comes the bigger brother in the Scrambler family, the Scrambler 1100. 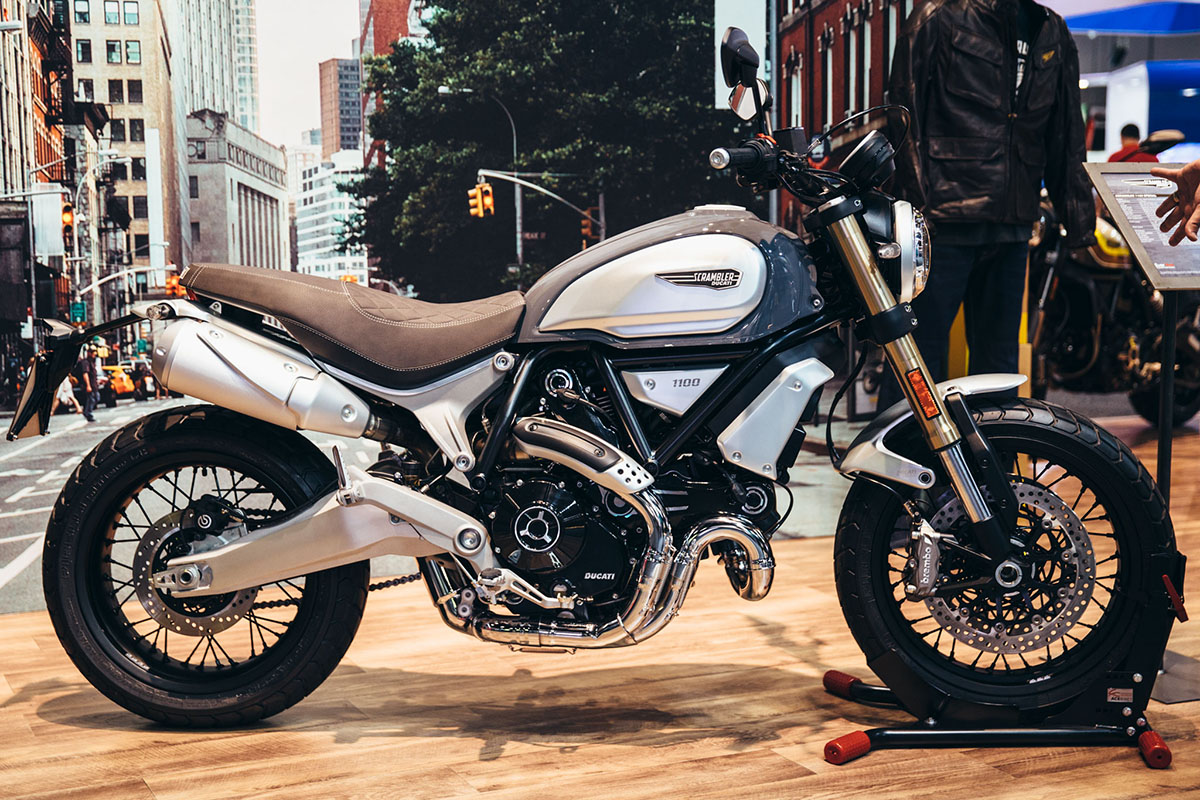 The design aesthetics are very similar to previous models, albeit with some somewhat minor changes, including some upside forks, oh and a bigger engine… This is a bike I’m very eager to ride and see just how much more punch you can get out of it compared to the 803cc model. 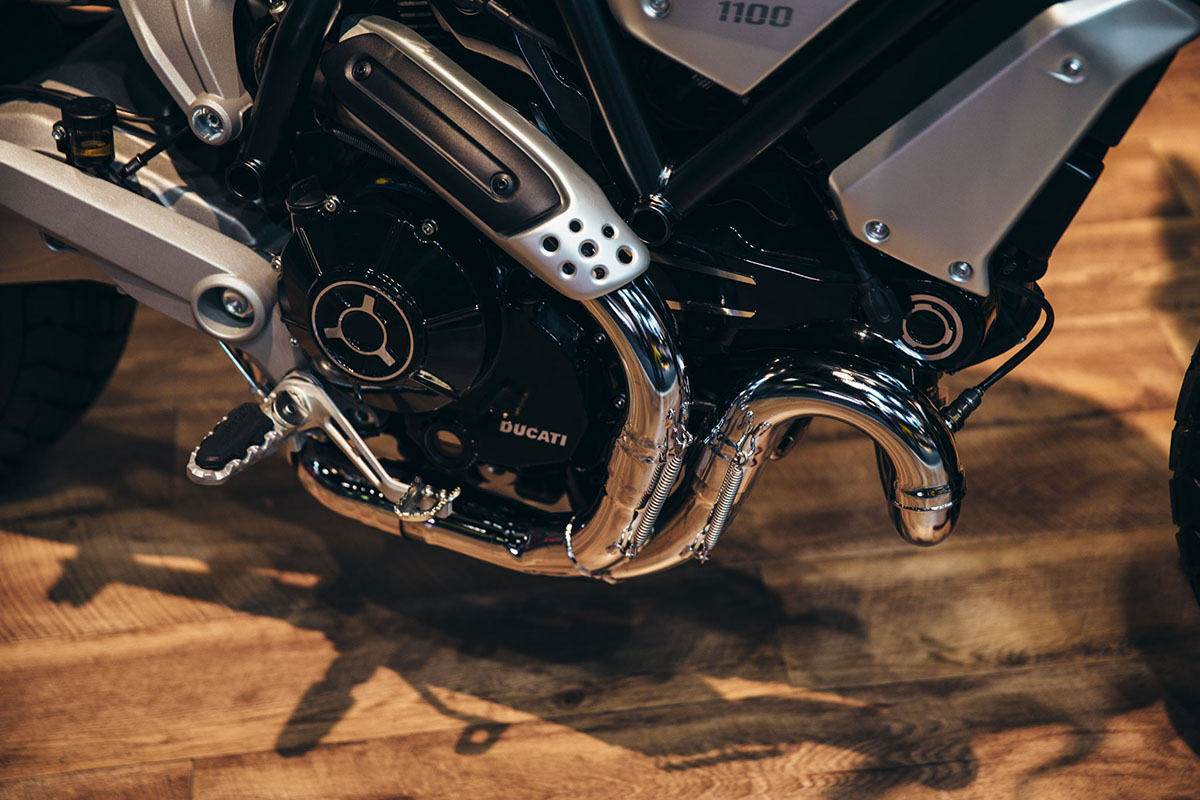 A very exciting and very different release from the typically off-road geared Swedish bike manufacturer Husqvarna. Taking a different road in comparison to their usual Enduro, Motocross and Supermoto machines, this is new Street line of bikes is something that is promising to be fresh and exciting. Two models were on display, the 401 Svartpilen and the 701 Vitpilen. 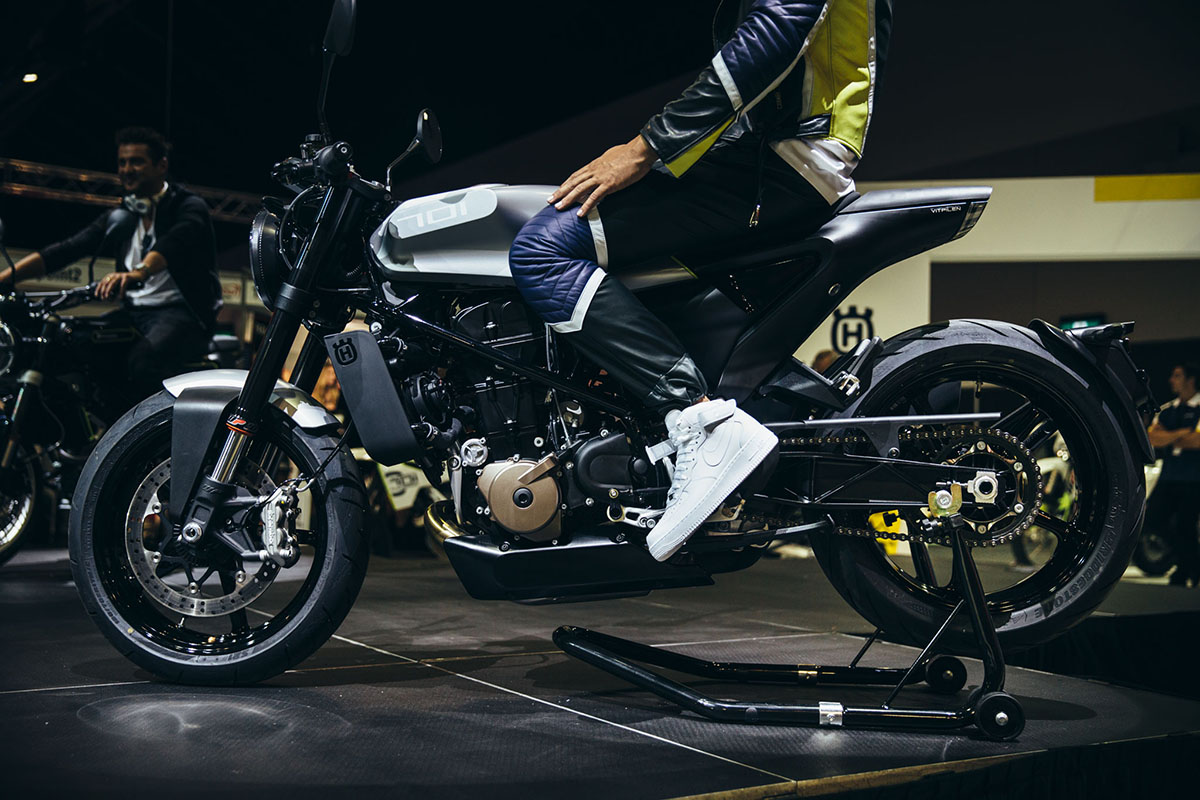 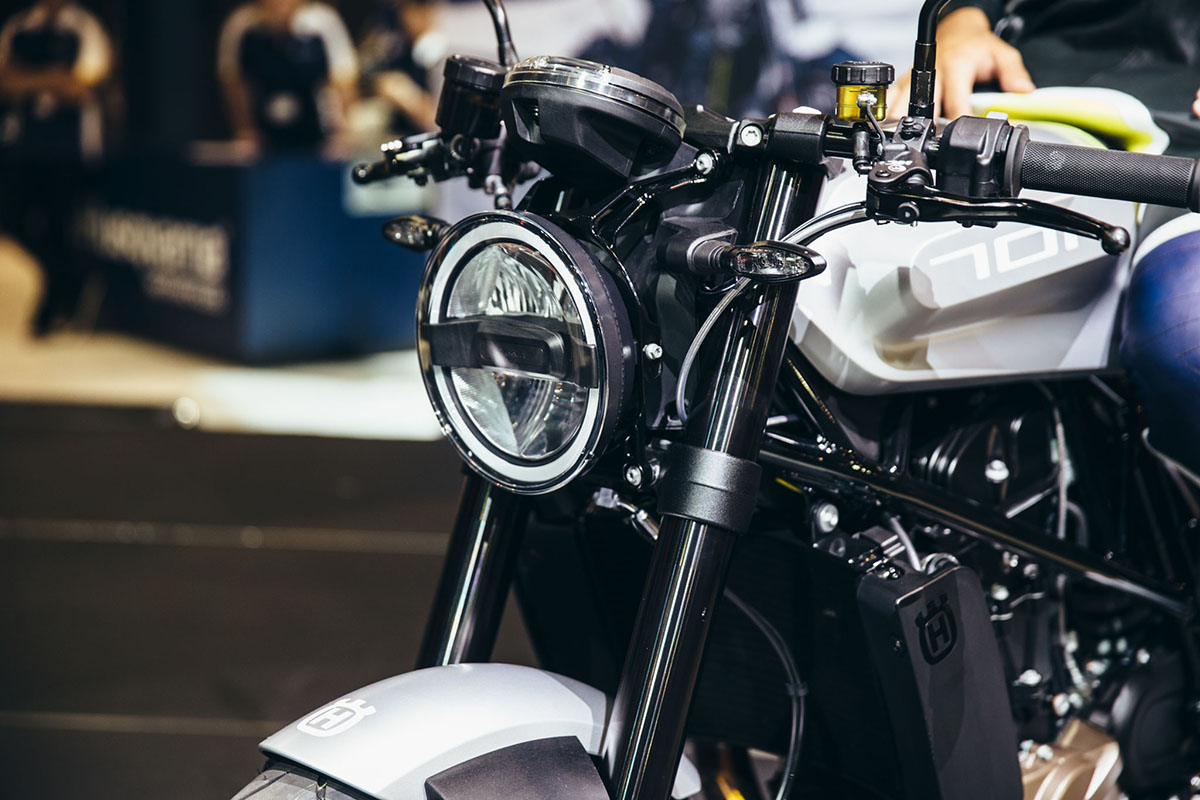 Both feature a very simplistic, futuristic design and some very well done lines. The 401 is actually kitted out with a KTM 390 Duke engine and will be geared towards the learner market. The 701 is a more serious machine which will be armed with the Husqvarna 701 Supermoto 693cc single cylinder, which is reported to pump out 75hp. 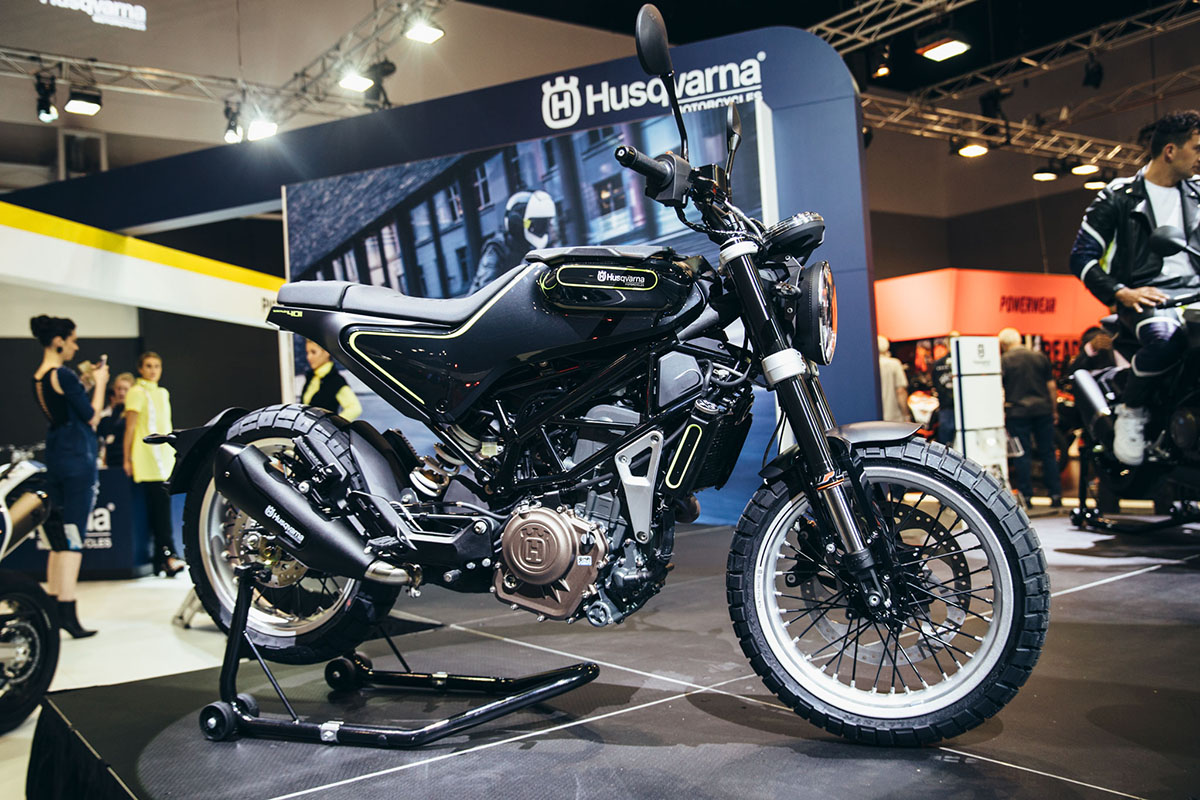 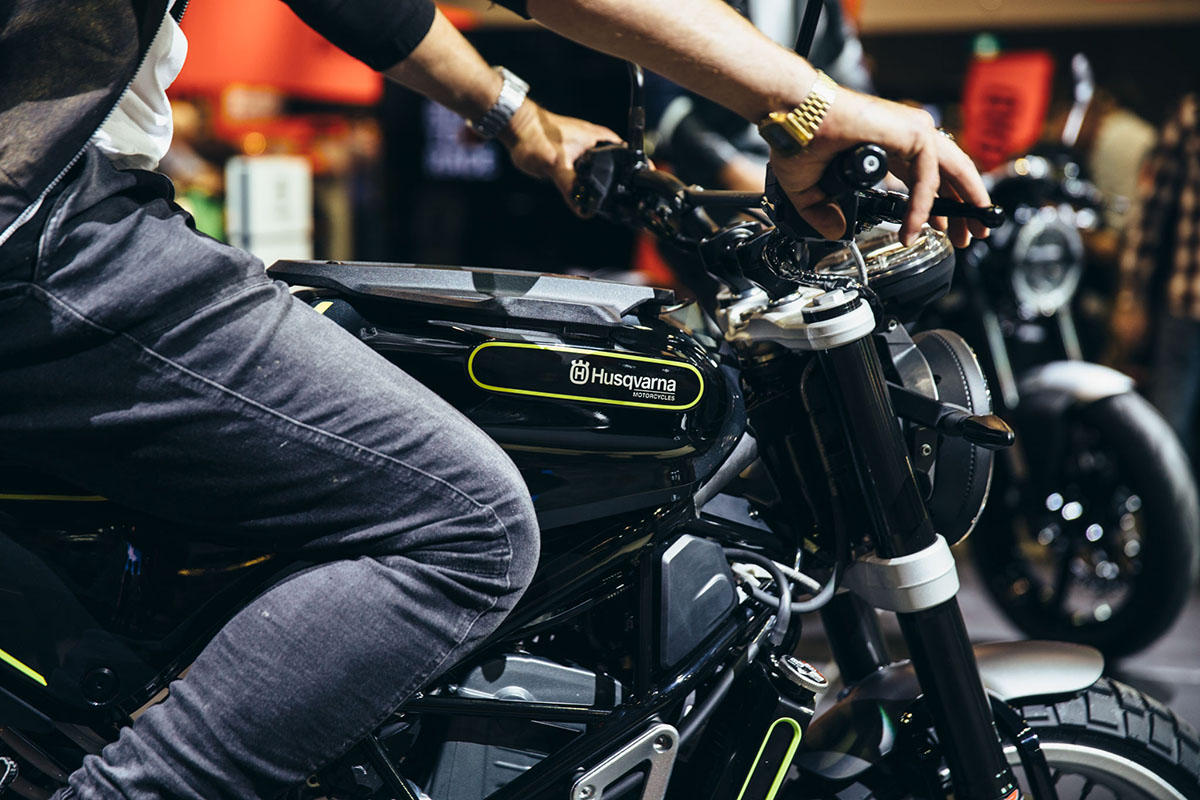 A machine that created quite a buzz once information and rumours started to leak out earlier this year, the Kawasaki Z900RS marks the entry of yet another bike manufacturer into the retro and modern classic world. This machine looks bloody good in its stock form, Kawasaki really nailed the retro look without being too heavy handed or pandering. 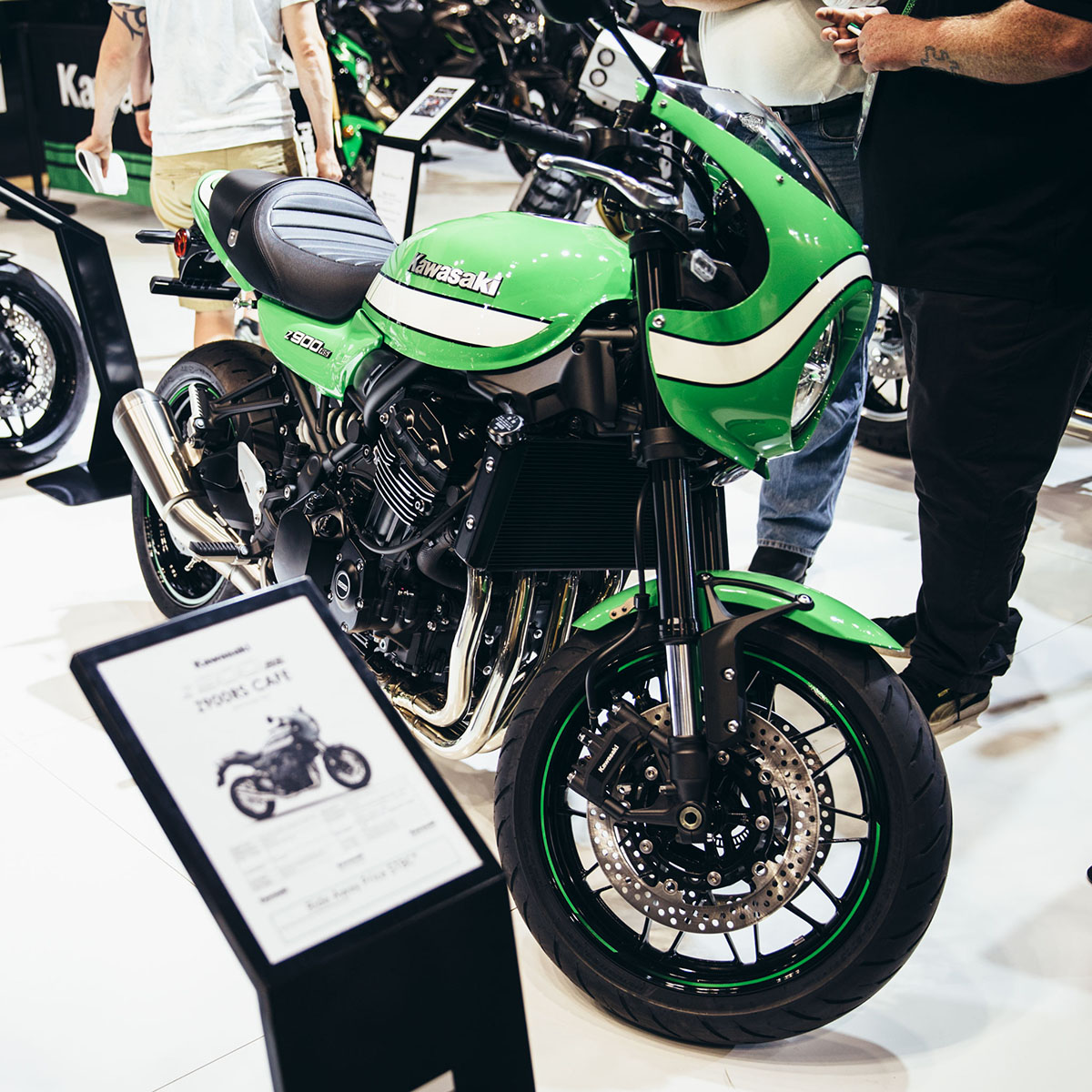 There’s a Standard edition which is just peachy, and a Café edition which comes with a nice little cowl. The iconic Kawasaki Green looks great on the Café, however the model can also come in a very uninspiring Grey scheme. Fingers crossed these bikes perform as good as they look! 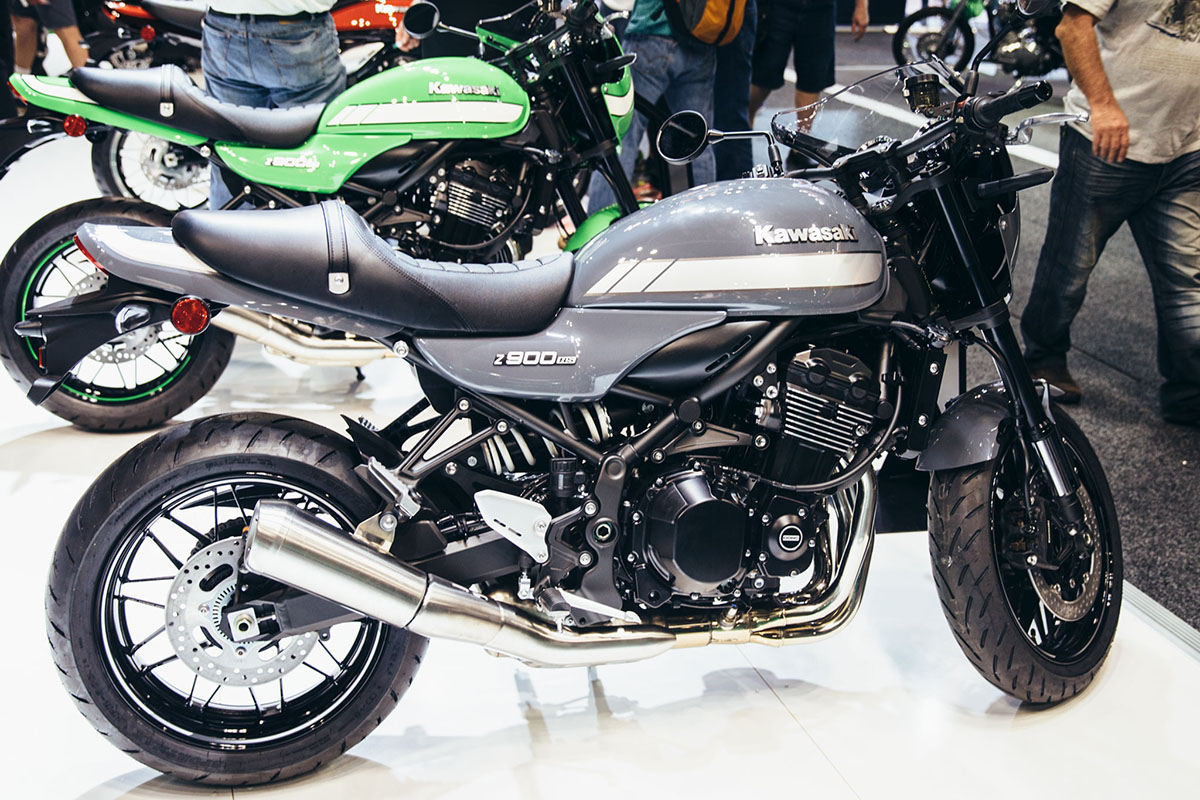 The terrifically controversial new Harley-Davidson Fat Bob caused die-hard HD keyboard warriors to scream and rattle upon its announcement, though this has all but died down now that people are actually riding these bikes and realising they’re actually a great machine. The looks are very different for Harley, it’s a pretty bold move. The headlight looks like it’s from Futurama, but there’s a ton of custom opportunity for this machine. I’m dying to see a tracker version of this created.

Someone get to it, pronto! 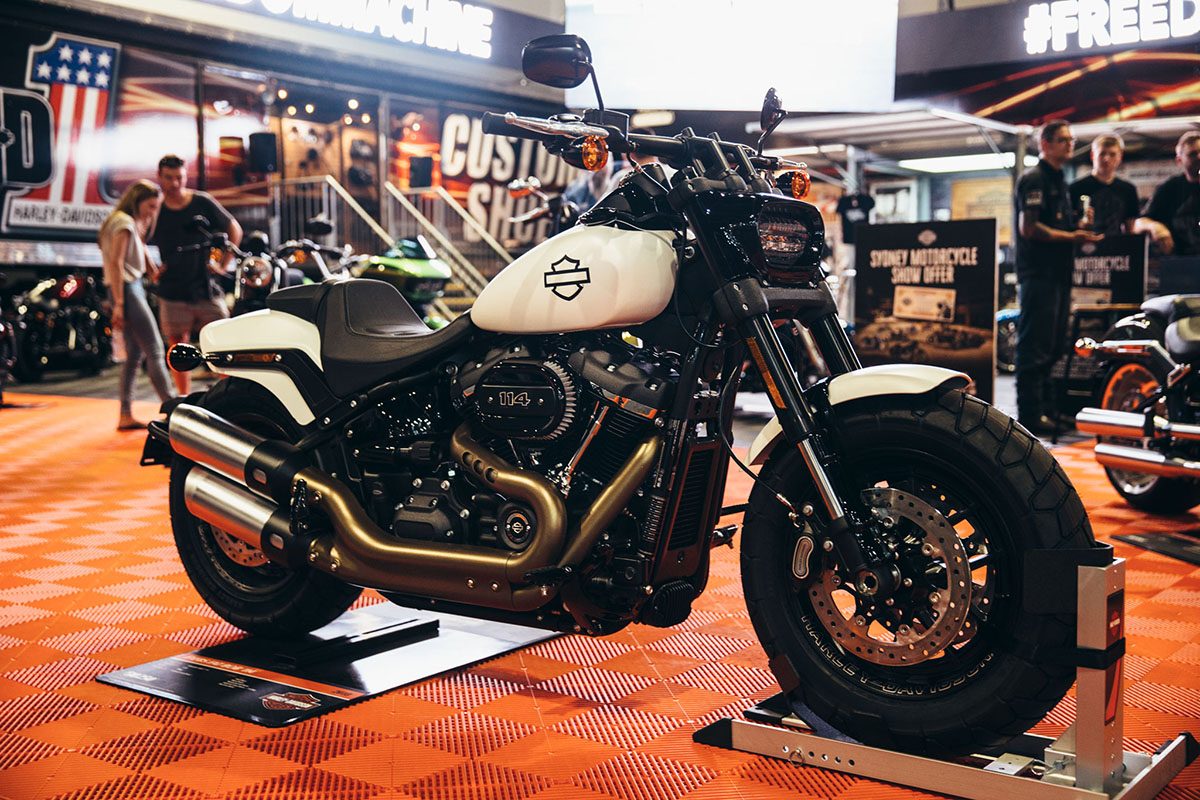 Ok this bike isn’t new, and you can’t buy it from a dealership; it is however a fucking great machine. This 2008 Triumph Thruxton is the culimation of a bunch of crazy mates who have a powerful lust for speed, probably fuelled by a few beers in the shed. The engine has been bored and stroked to 1000cc amongst a myriad of other performance work to get this thing really belting across the salt flats. Clock a final speed at 149.626mph this machine set a new Australian record for the Modified Fuel 1000cc class. 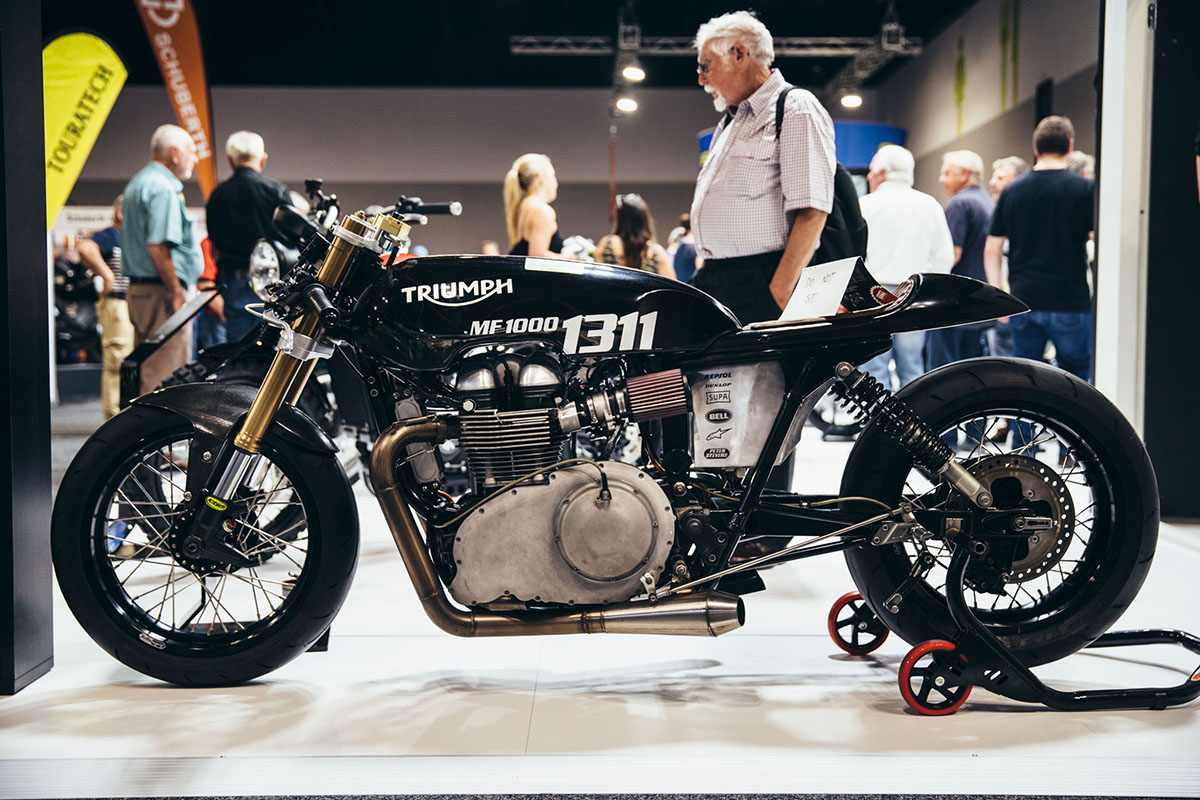 Again, whilst not a new release this Yamaha XSR700 Ténéré is a tasty custom scrambler with its namesake coming from a desert region in the south central Sahara. Truth be told I can’t find much information on this machine, but all I know is that I love the XSR series and this particular build gets my bloody flowing just that little bit quicker. 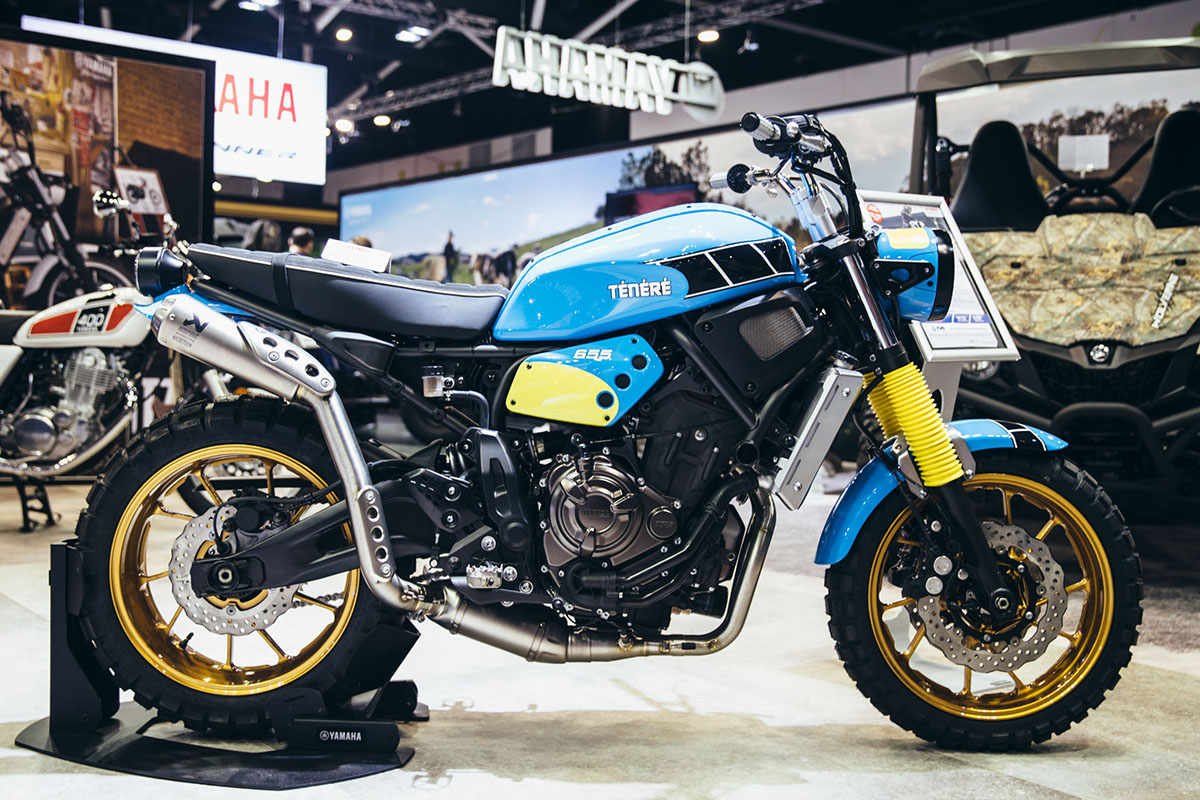 We’ll be back with a full rundown on the weekend’s awesome event and plenty of pictures to get you pumped for next year’s event!