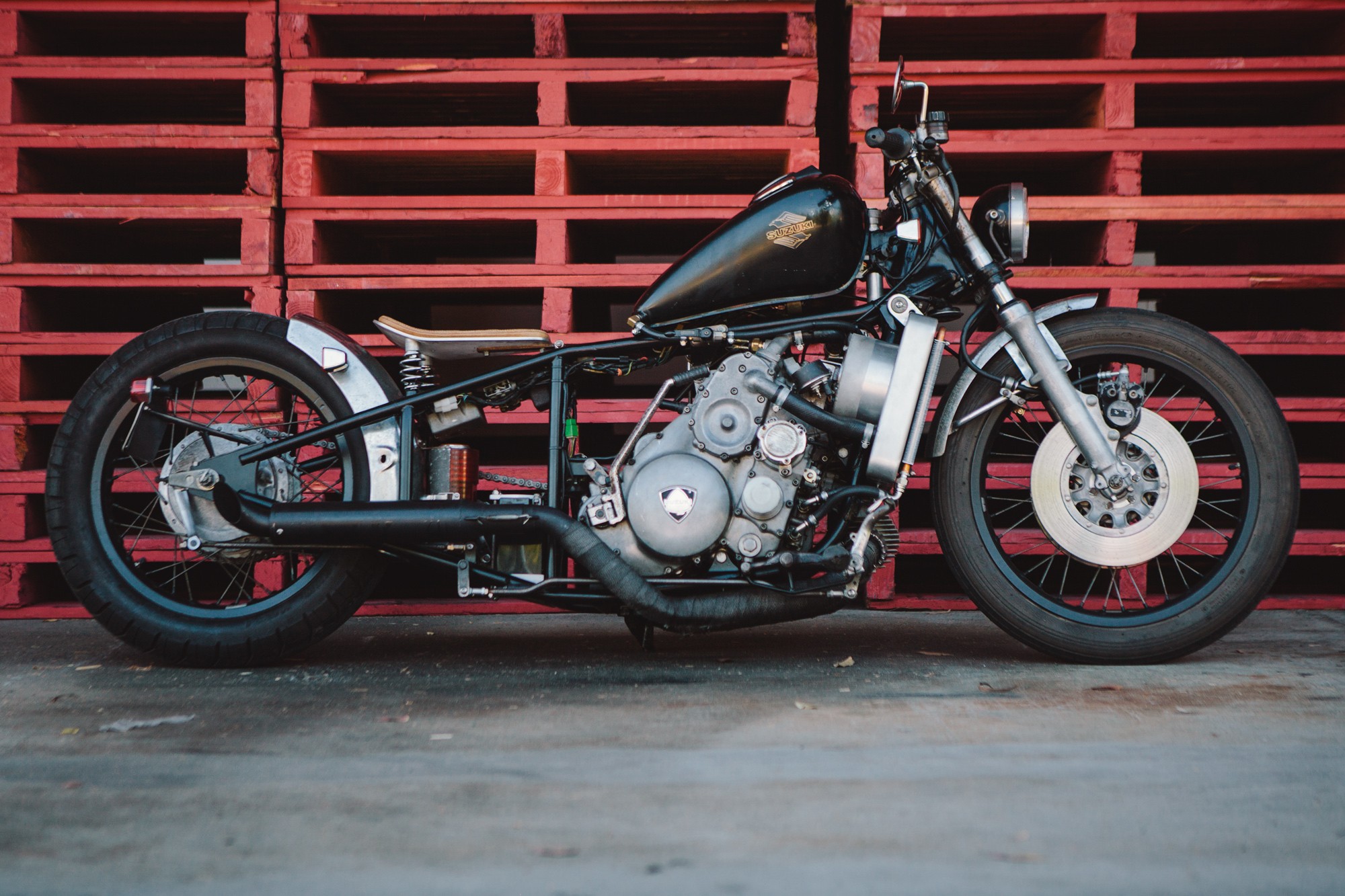 The history of the Suzuki RE5 is an emotional rollercoaster. From claims that it was the best-handling Japanese bike at the time, to also being condemned as one of ‘The Top Ten Worst Motorcycles’ years later. This unique and misunderstood machine has found it’s home with Ross, and has been reincarnated as a low down, mean, rat bobber that you won’t see anywhere else.

Touted as the future of motorcycle engines upon its release in 1974, the Suzuki RE5 featured a Wankel rotary engine. This meant no pistons and no valves, and was a bold move for Suzuki to take. The seemingly straightforward rotary engine however ended up presenting more problems than expected. This bold new bike also required Suzuki to build an entirely new production line, with specially developed machinery. The bikes were only produced from 1974-76, and unfortunately were a hugely unsuccessful venture for Suzuki. With less than 7000 bikes sold worldwide, the company lost a huge deal of money, which almost sent them bankrupt. Rumour has it that Suzuki dumped all the tooling, machinery, and spares into the sea of Japan. 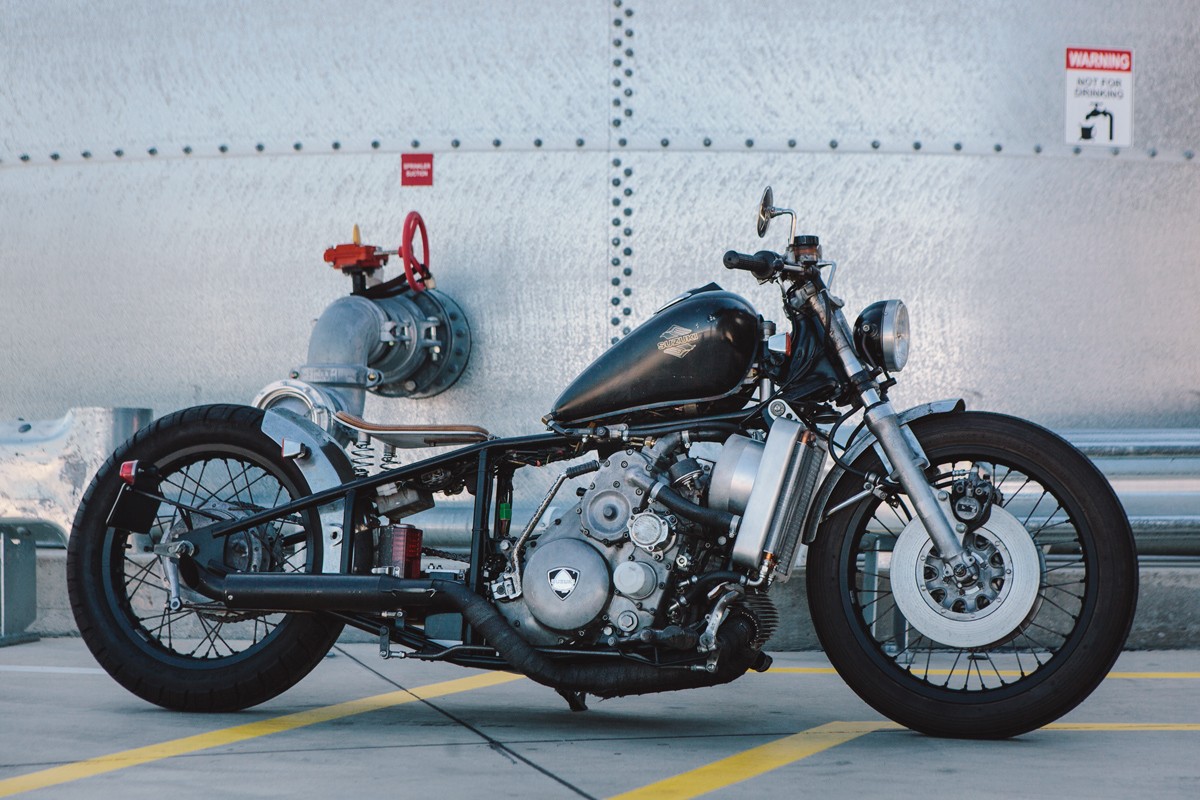 This pariah of a bike would not be forgotten, as Ross would enter the motorcycle world with intentions of doing something a bit different. After seeing so many bobbers he liked in magazines, Ross decided he wanted a bike to chop up himself. “I had a few old Vespas before this and I wanted to turn my attention to something Japanese. I’m a mechanic/fabricator by trade so the desire to build something cool was too strong to ignore. I didn’t even know what these bikes were. I was basically looking for a 70’s Japanese bike; but it had to be different. I’m not a fan of doing things like everybody else. I’ve also liked rotaries since I was a teenager and have been working on them for over 15 years, so when I found this bike I knew I was onto something good.”

Ross wanted to build something that was long, low, and ratty. It would have that “left in a shed” aesthetic that would only get better with age. “I didn’t really care how practical it would be, I just wanted something that I could take for a quick scoot with some mates on a Sunday. I didn’t want to spend a lot of money either and knew I had to do it all myself. I’m not into flashy paint or chrome, and I’m not into stuff that’s been done a million times. I also knew that any parts that I used had to be off other Suzuki’s – you can blame my OCD for that.” 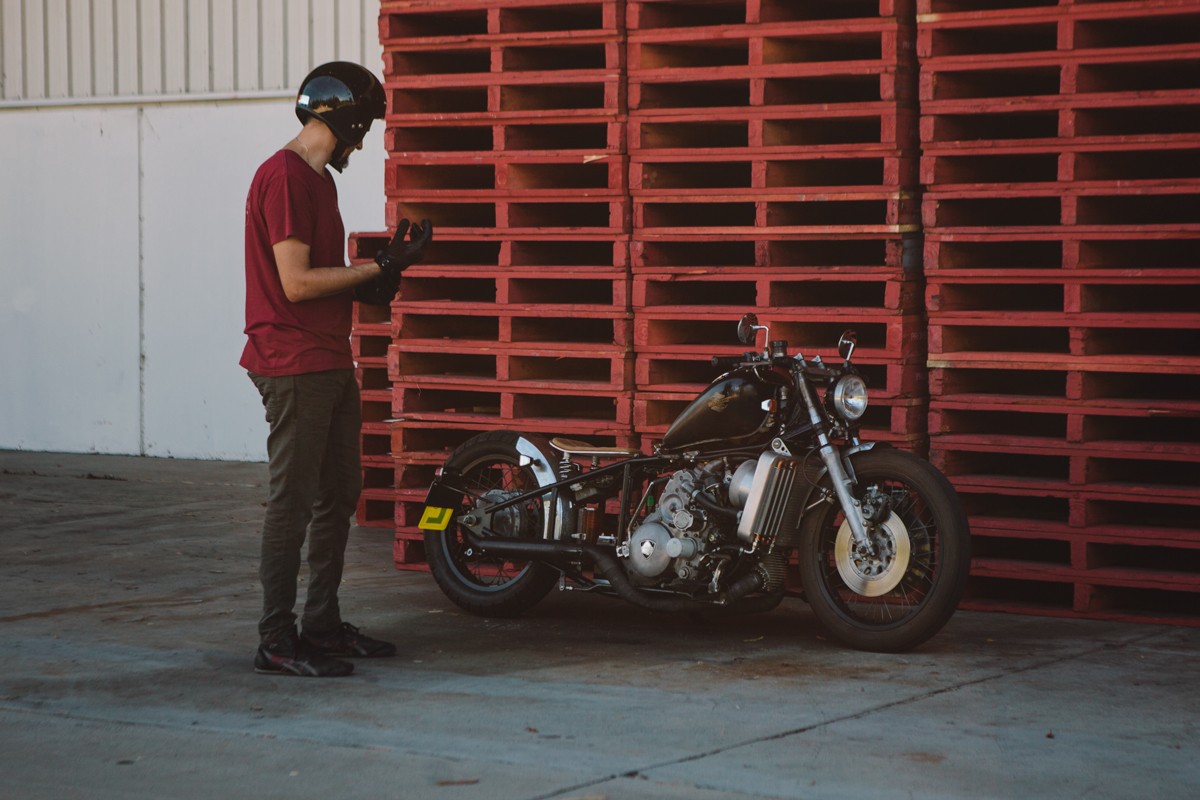 The build started as a complete strip down, with Ross then cutting the whole back part of the frame off so he could make a hardtail section to suit. From there on, he got to work fabricating the parts he wanted to help achieve the look he was after. “The original tank was cactus so I made the first of many trips to the wreckers and found a Suzuki Marauder tank which l liked. A bit of mucking around with the mounts and it sat perfectly high up on the frame. The list of things that I had to make is endless but include the bars, seat pan, exhaust, suicide shifter, rear brake rod pivot, chain tensioner, number plate mount, the radiator and shroud, battery bracket, forward controls, indicator mounts, inlet manifold and the list goes on!” 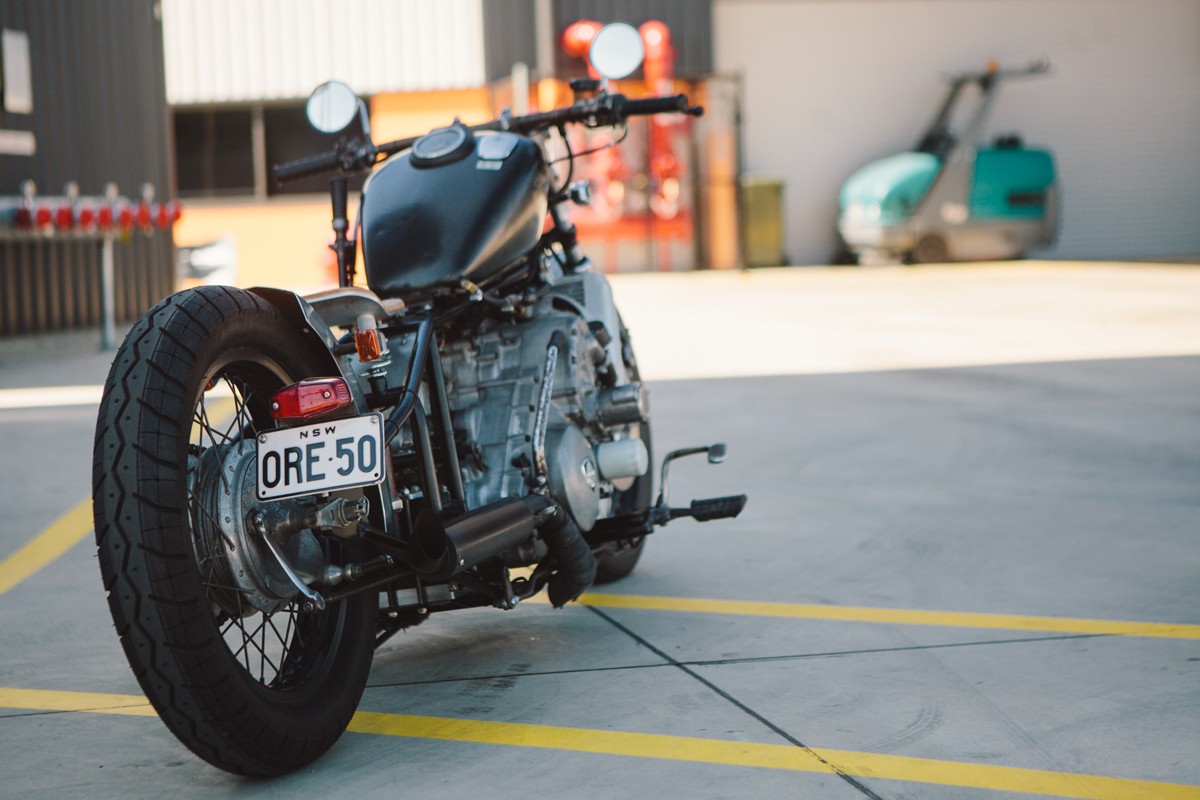 The hardest part Ross found would be working out how to re-purpose parts from the bike to perform other functions, one example being the shifter handle was made out of one of the original rear footpegs, while also steering clear of anything that look too modern. I had to make a few parts a few times (the exhaust is the 4th) mainly due to me changing my mind or not having things work well (the fan shroud is the 2nd due to the factory fan not cooling enough). I rebuilt the engine, which required some special tools to be made, and I had a good friend help me with the wiring and another with the seat trim. I sourced the leather for the seat from a couch I found in the street, which really added to the ratty, weathered look of the bike. The trickiest part was putting the engine accessories together. I stripped it years ago and only took limited photos but my wife printed out the workshop manual for me, which was the most valuable thing that I had! Without it I never would have been able to put it back together.”

“I love the engine, it’s my favourite thing about this bike. It’s just so bulky in the frame, and in itself is a marvel of engineering. Coming in 2nd is the cylinder just in front of the rear wheel. I always get asked what it is. It’s the original rear taillight, which I hinged and turned into a tool/wallet compartment to fill that otherwise empty area.” 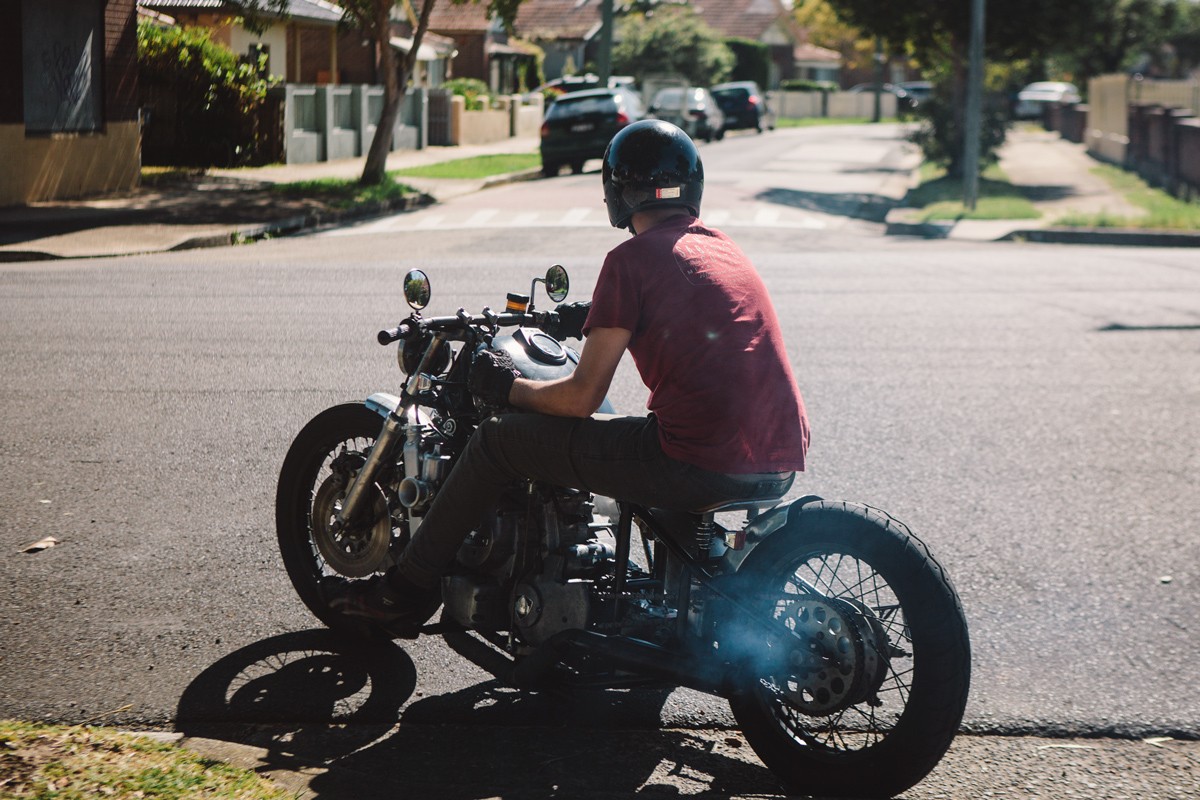 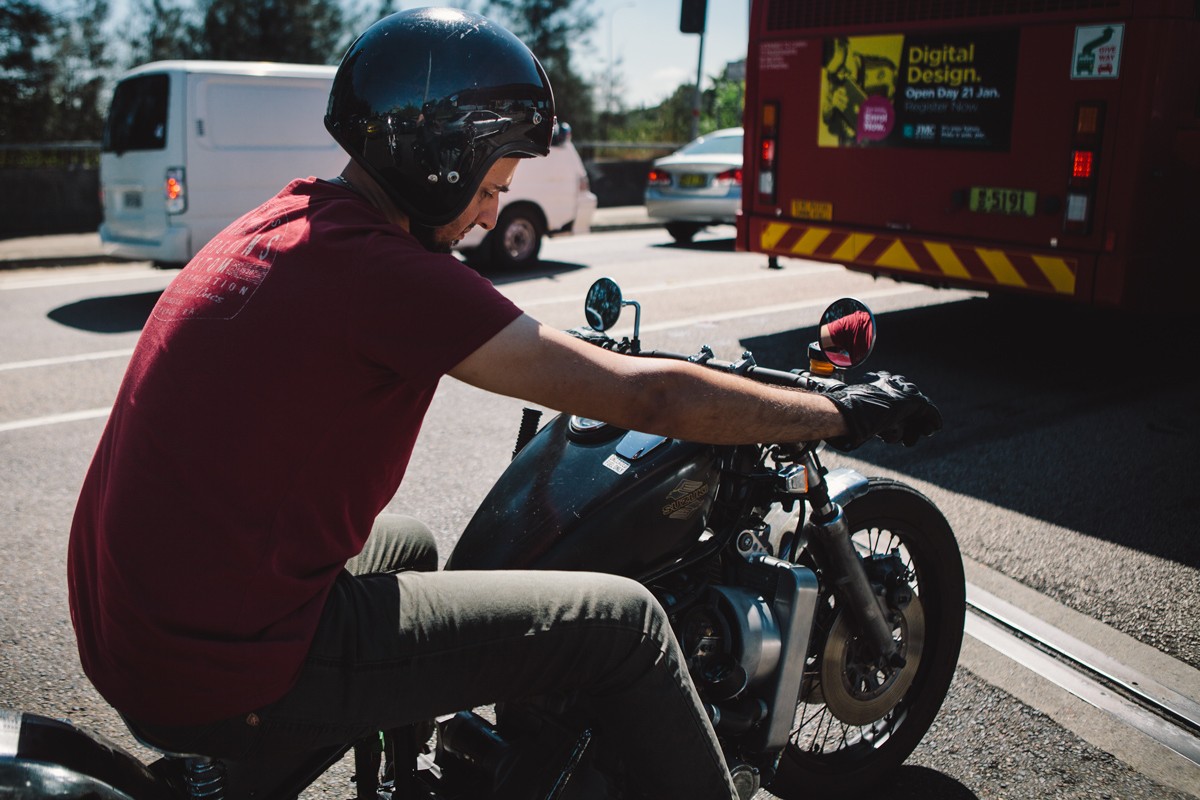 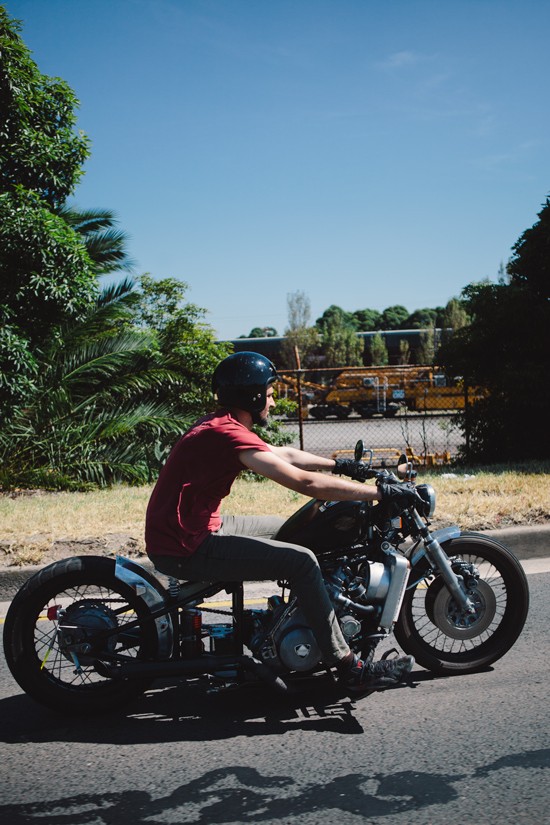 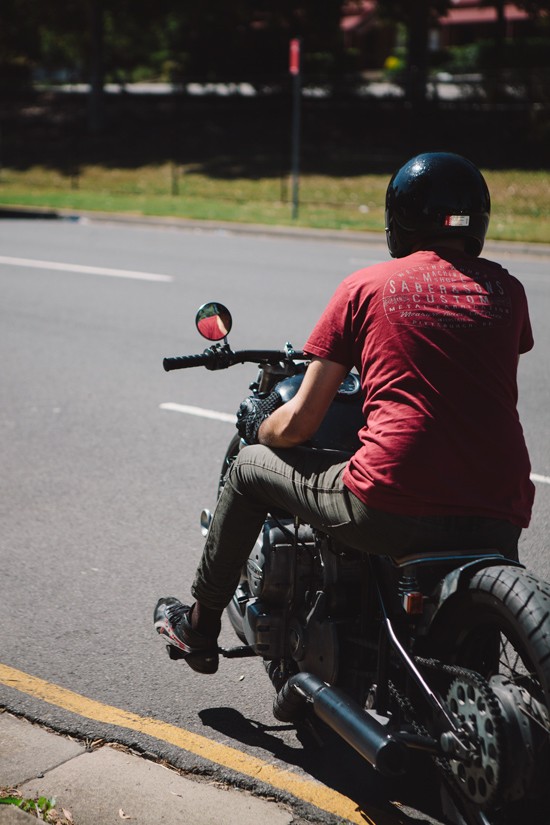 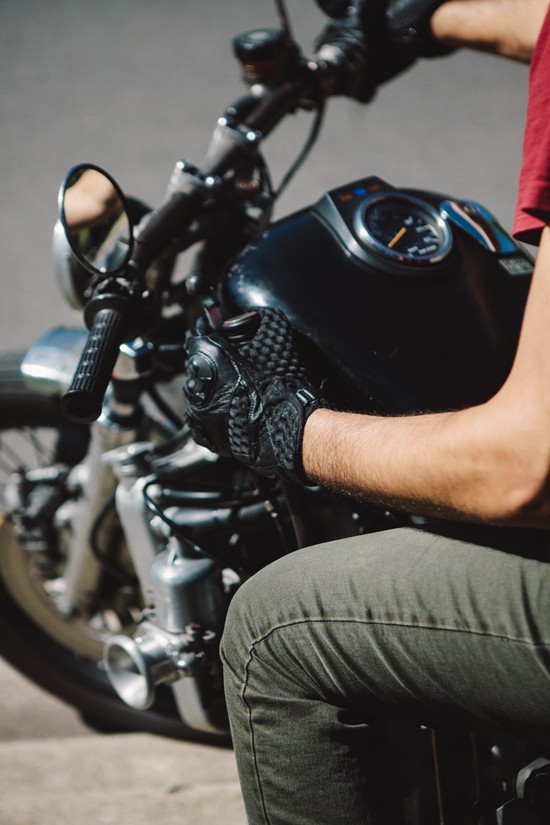 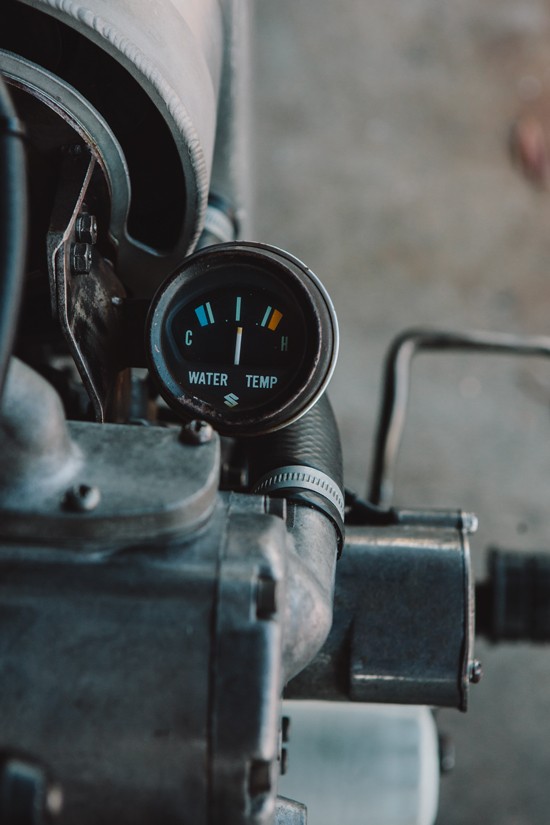 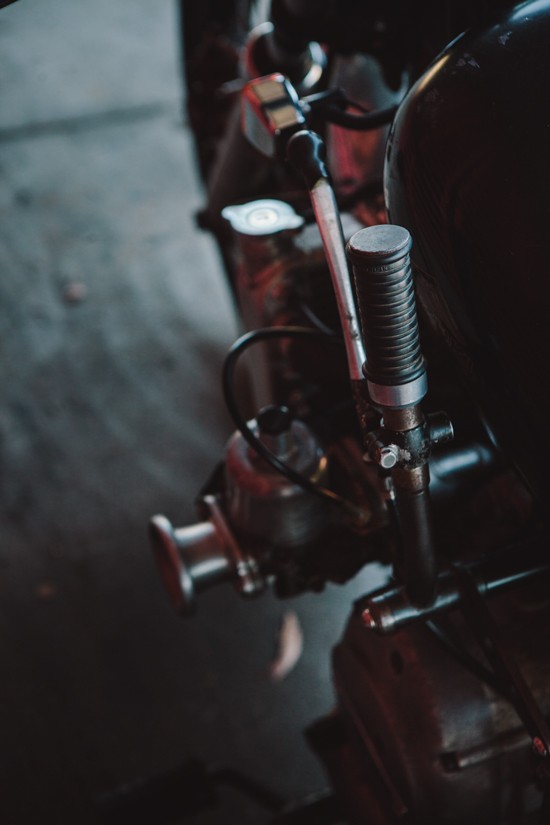 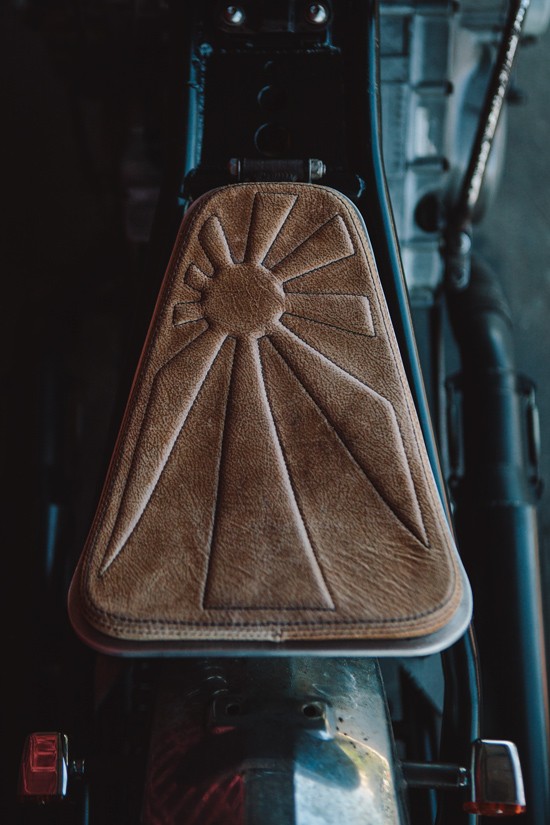 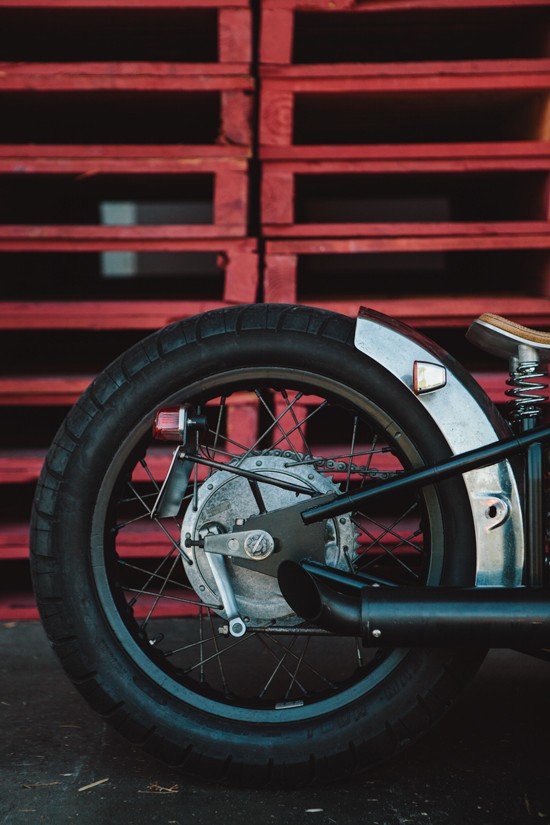 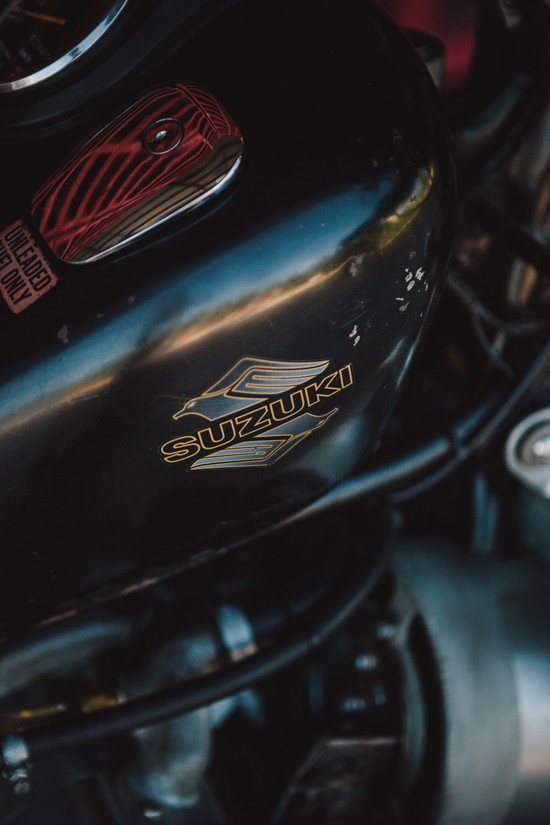 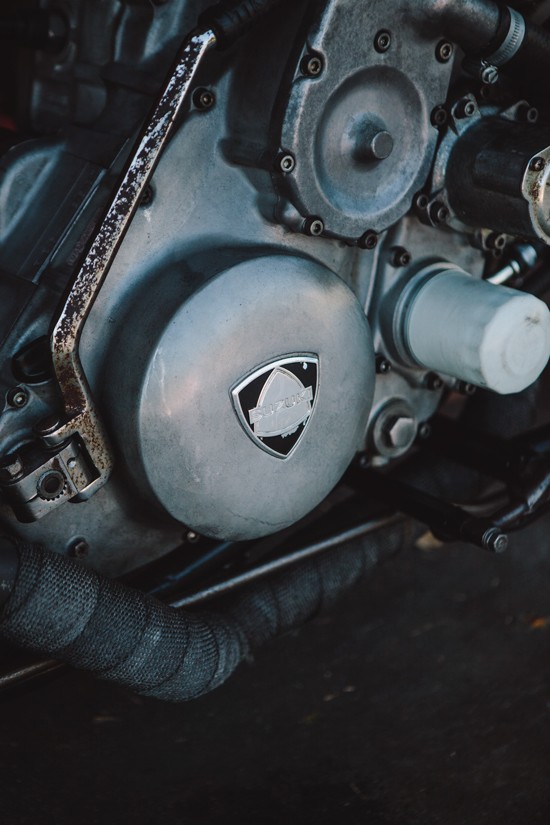 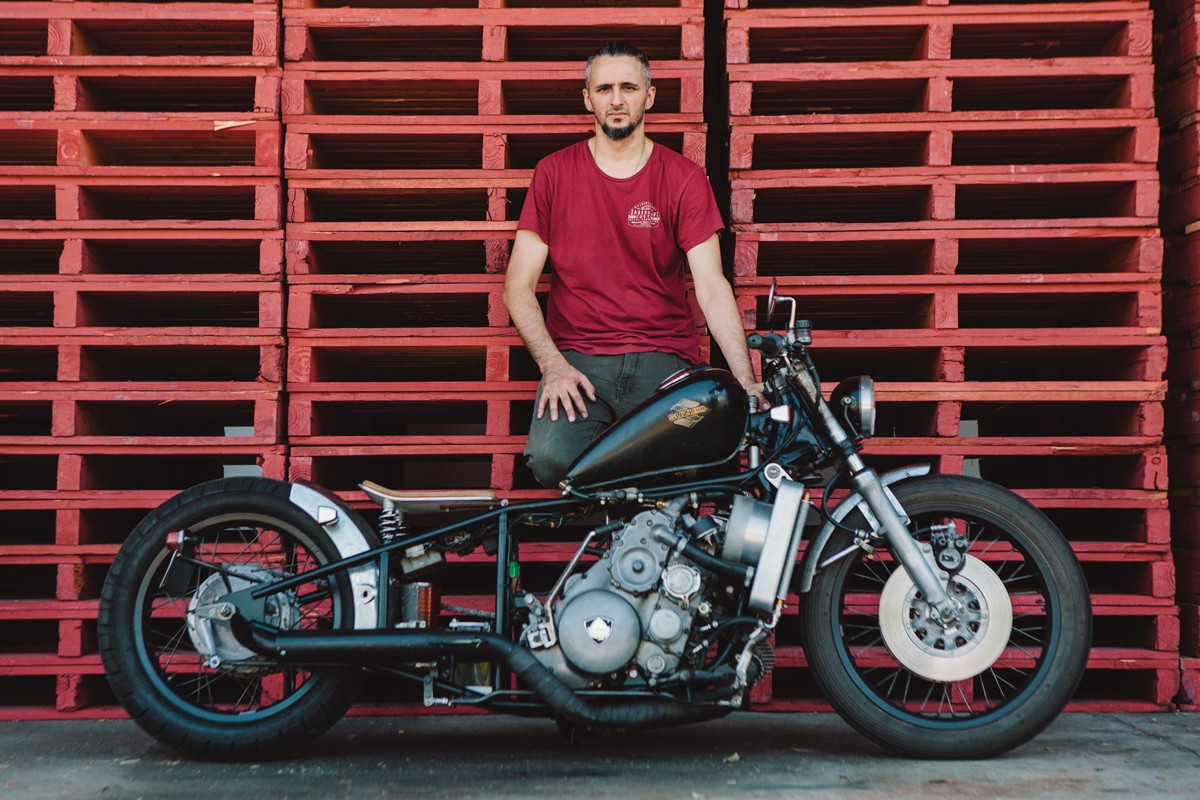 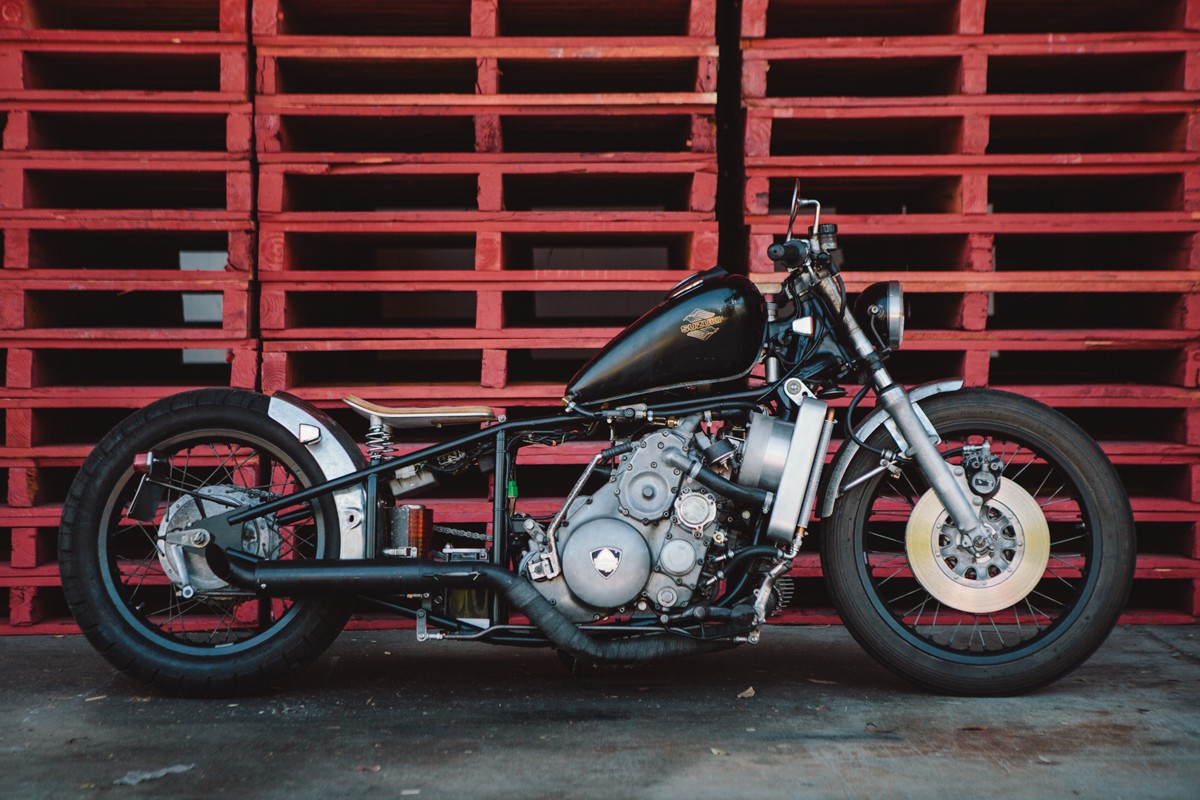 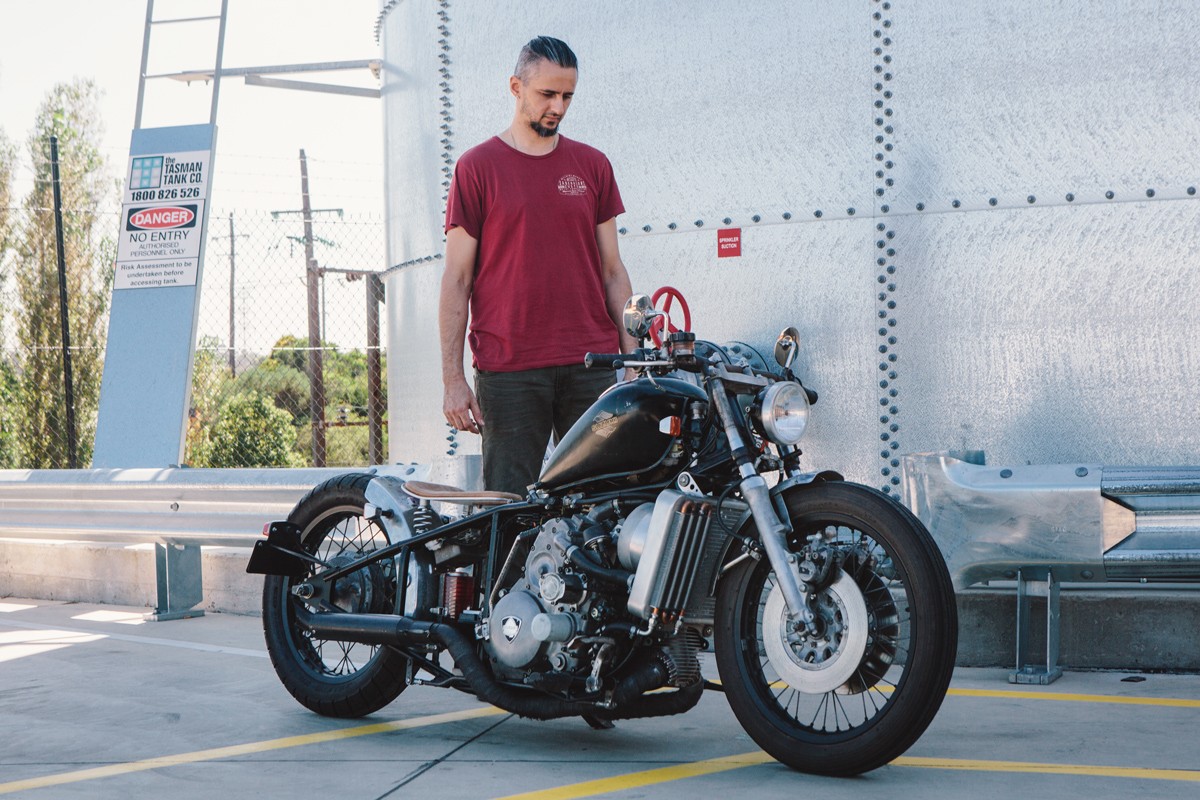 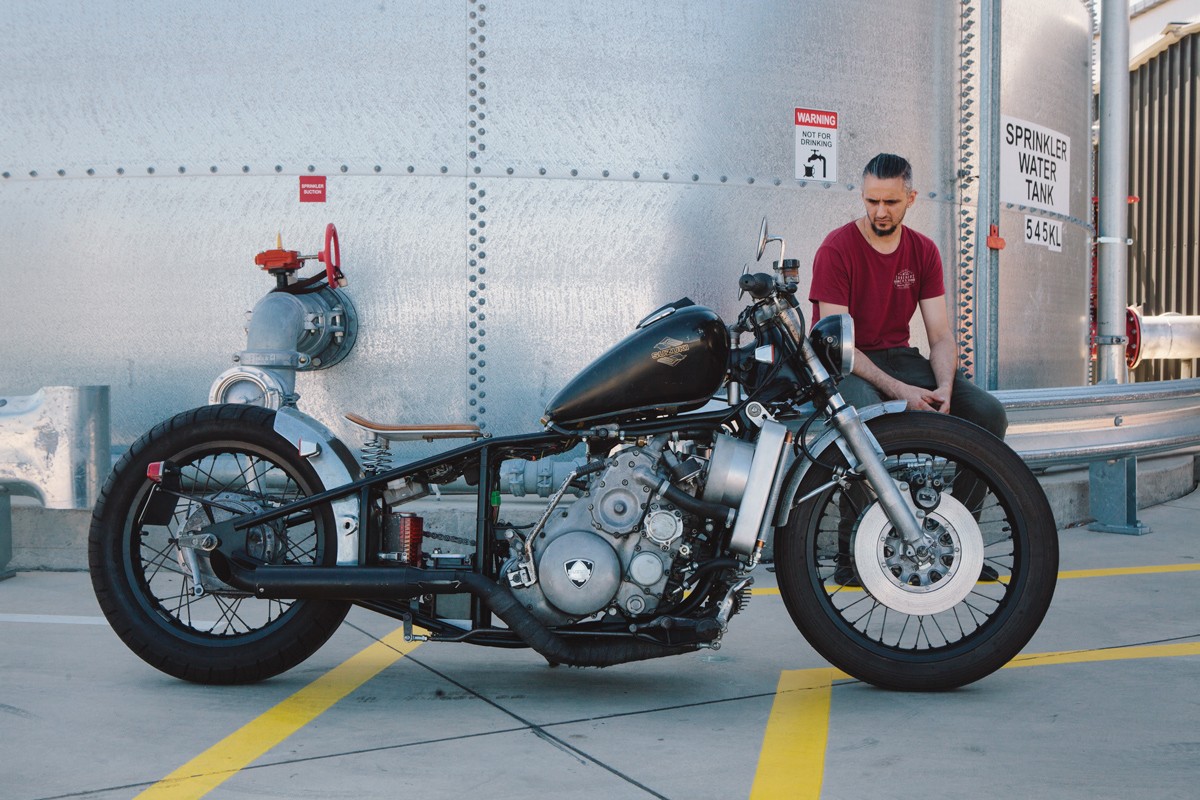 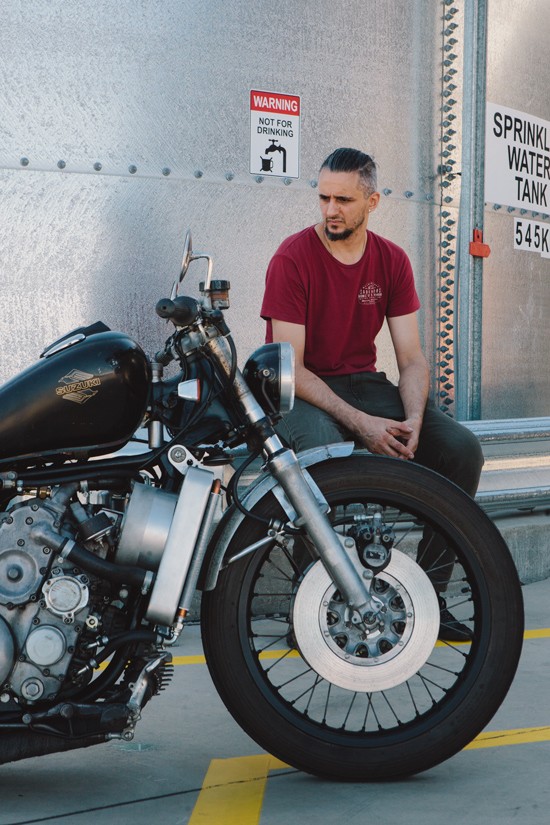 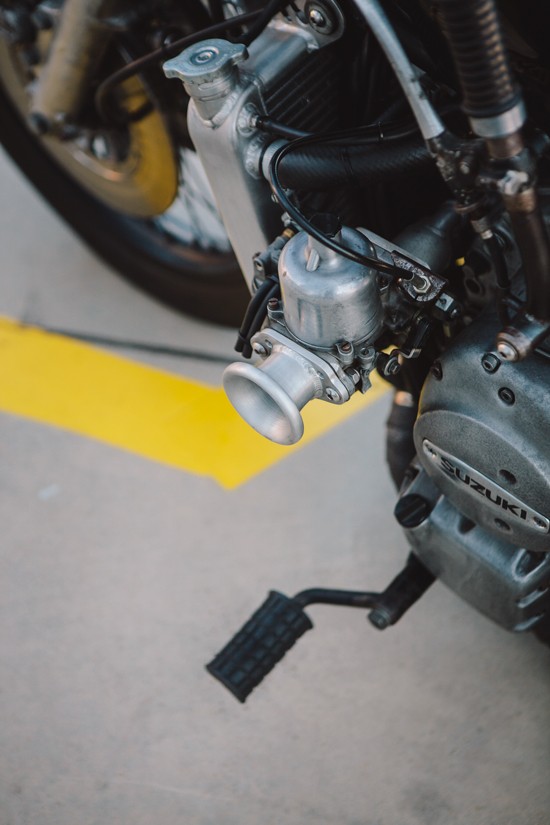 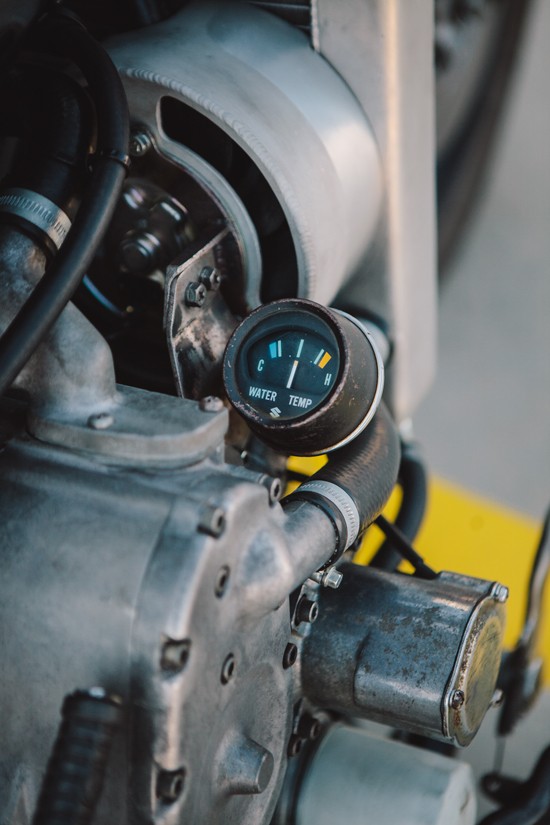 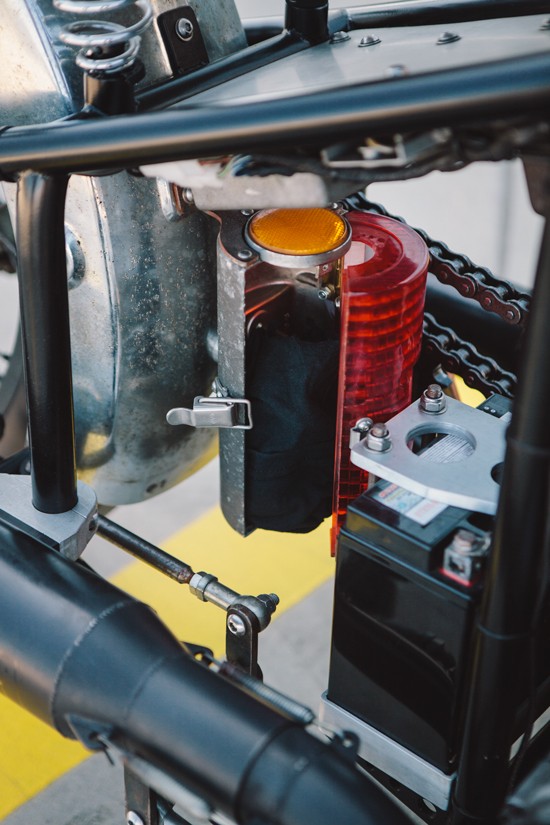 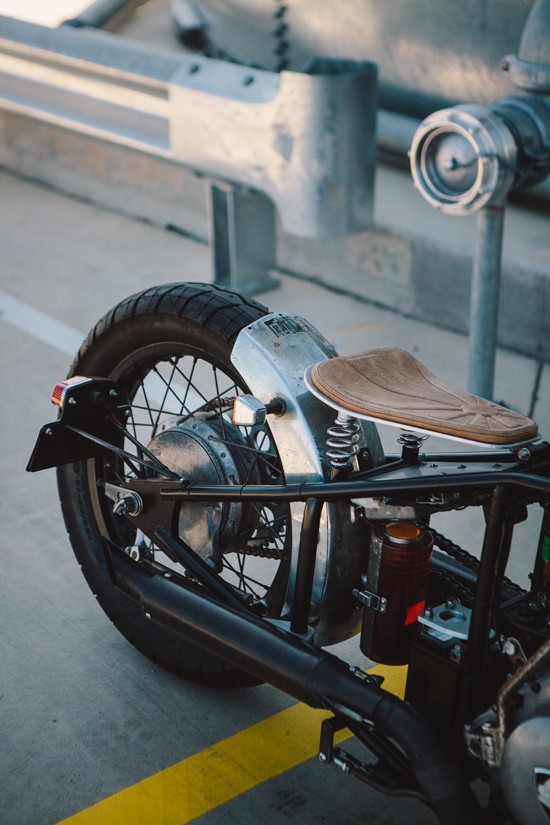 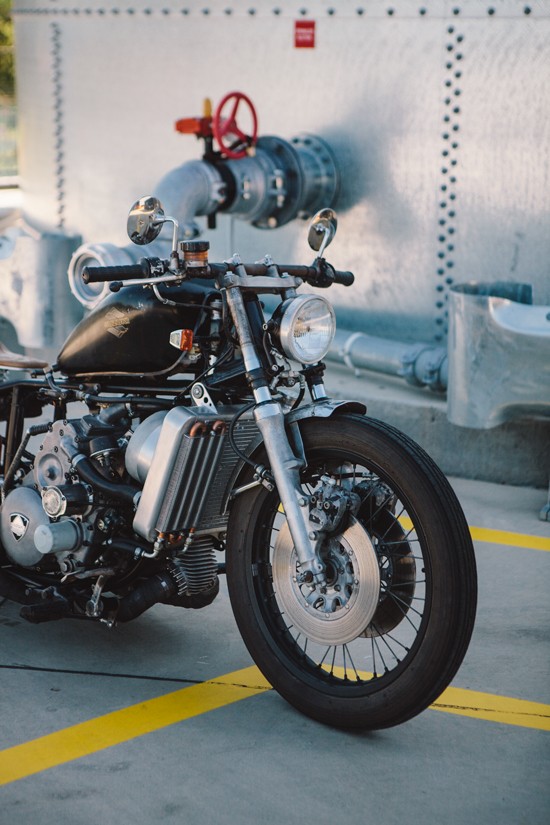 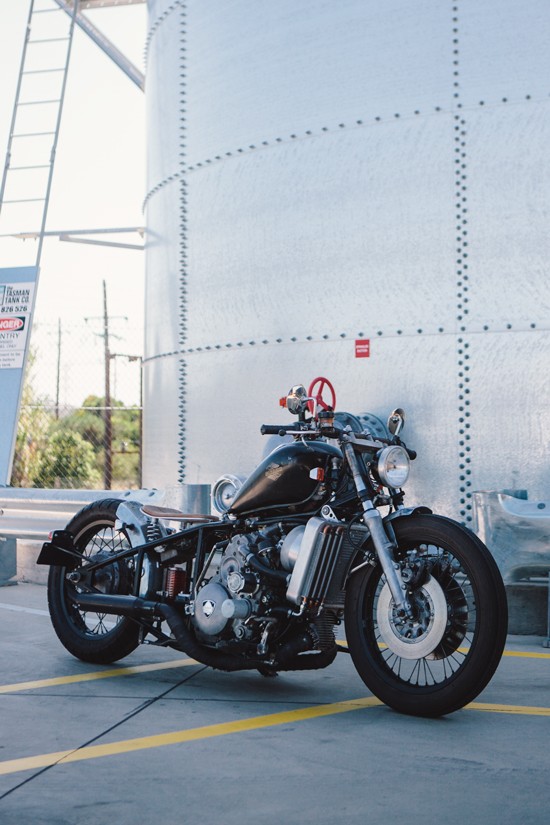 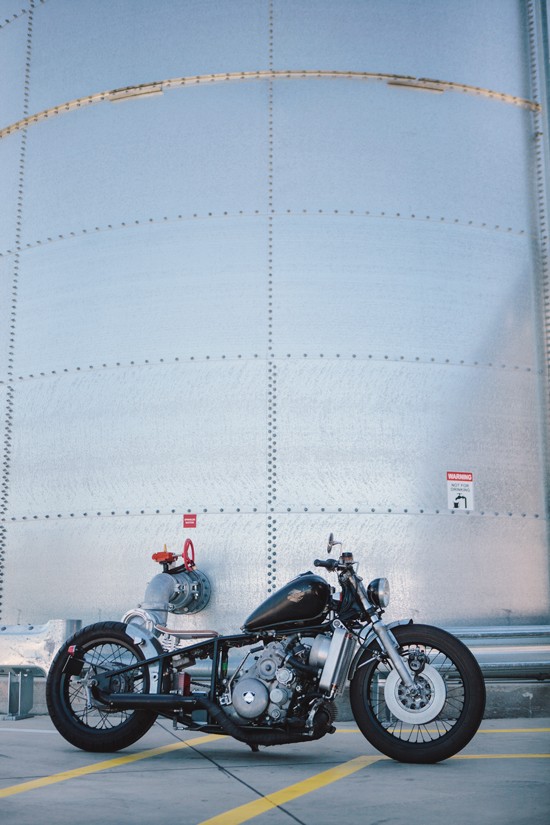 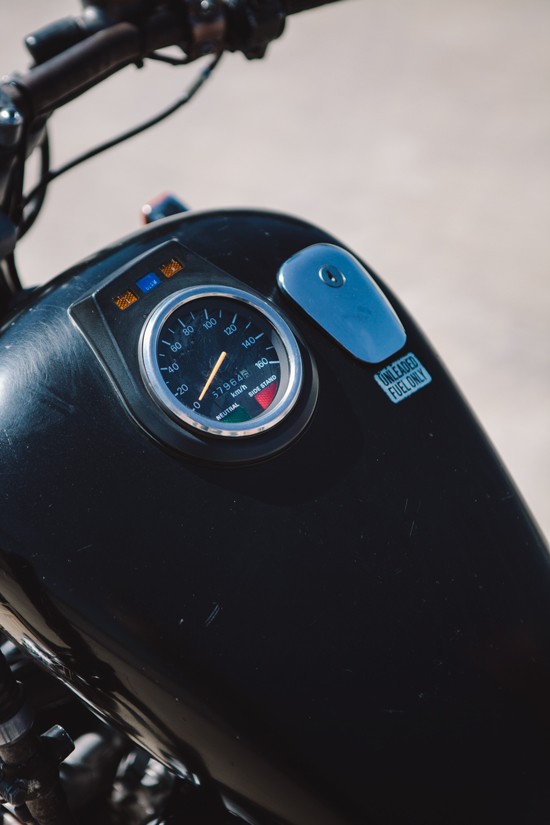 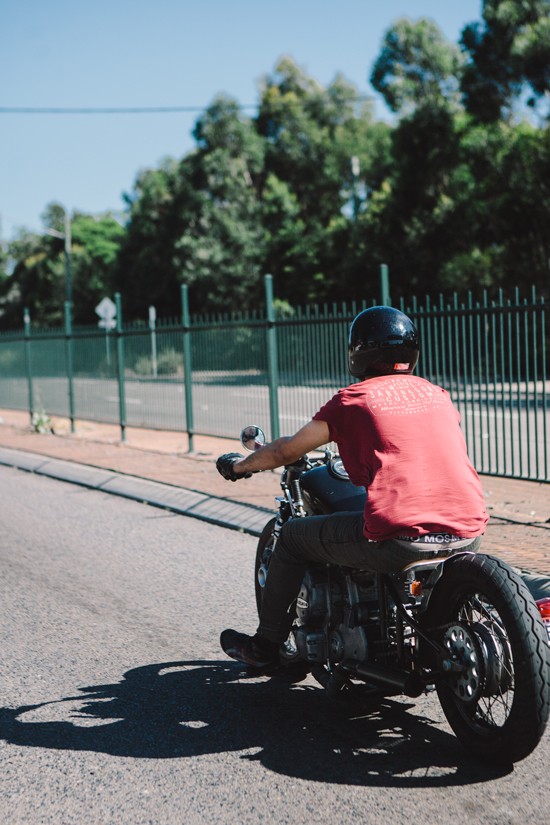