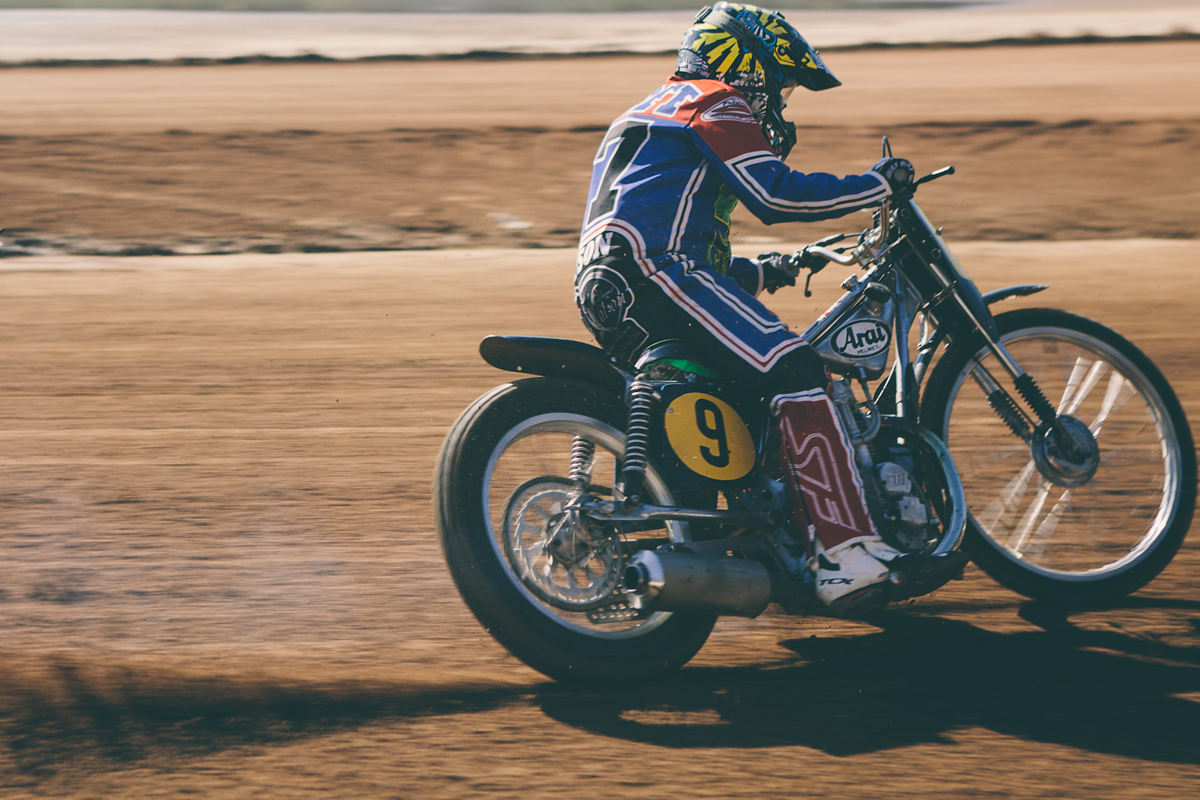 The air is thick with the smell of two stroke, dirt is flying around like no man’s land and bikes are getting horizontal. That can mean only one thing, it’s Sundayslide.

Hosted by The Jerkyls at Nepean Raceway, the day is all about getting out on the flat track with pre 90’s bikes and flogging them as hard as you can. Rider’s of all experience levels are invited along, with bikes available for hire if you haven’t got a ride that’s appropriate. Three groups of riders make up the teams based on experience, and with 92 registered the turn out proved for a sterling day.

Andy Baker, who is the wizard behind this madness, started the day with the sacred Jerkyls Prayer, ending with a resounding “Fuck yeah!” from the crowd. There were to be three classes of riders. Wombats, for those that have not ridden flat track before, Camels for intermediates, and finally Kangaroos for the faster riders. 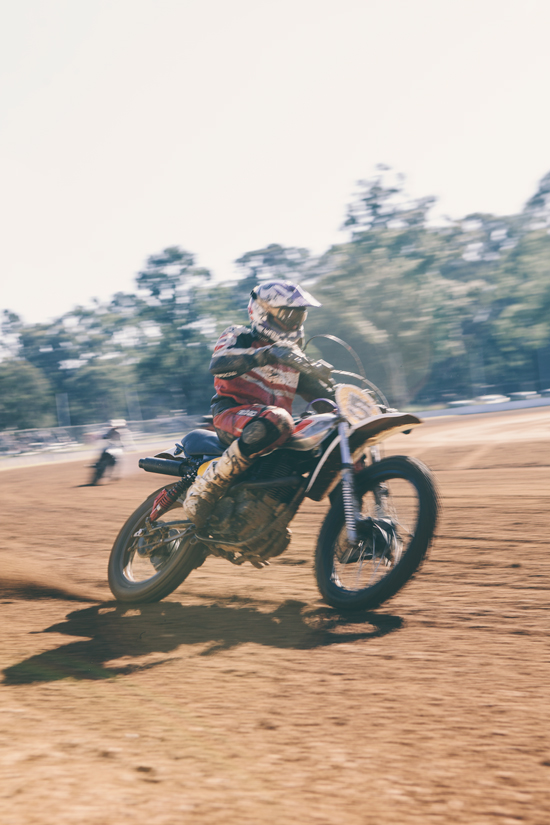 The turn out for the day was huge, with plenty of people either being there to ride or just watch all the action. The early morning was misty and cold, but the Sun was slowly making it’s way over the trees and everyone started to warm up. Anticipation was high in the air as all the bikes were unloaded and prepped.

A contingent of bikes from Sydney Cafe Racers made the trip out to Nepean Raceway to see what all the fuss was about, adding a nice extra dosage of bikes to perv in the mix. The track was sprayed down by the water truck and sure enough the bikes took off, each group taking their own turn. Once everyone began to get comfortable with the track and loosen up, the dirt was being thrown into the crowd and bikes were getting sideways, skimming some of the barriers. 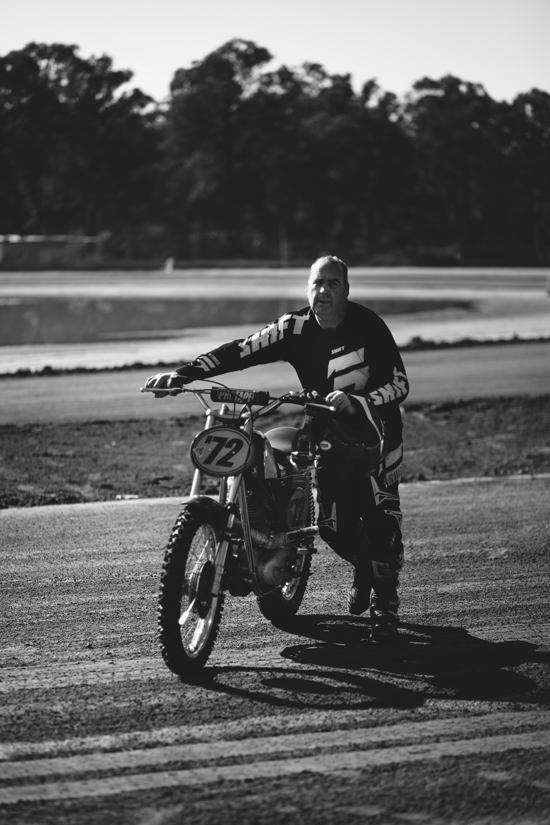 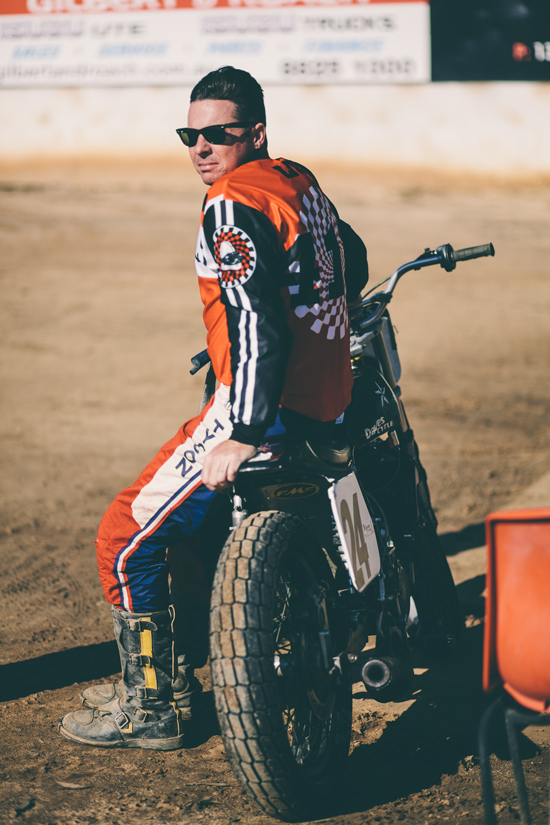 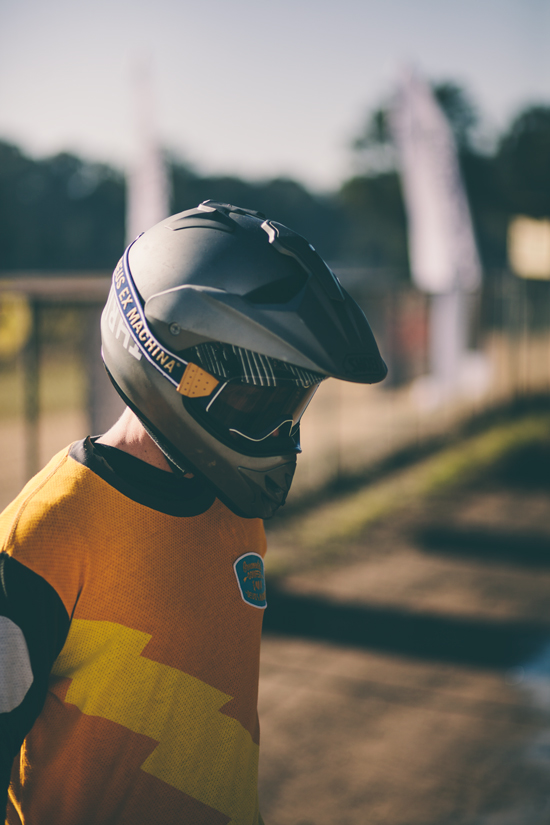 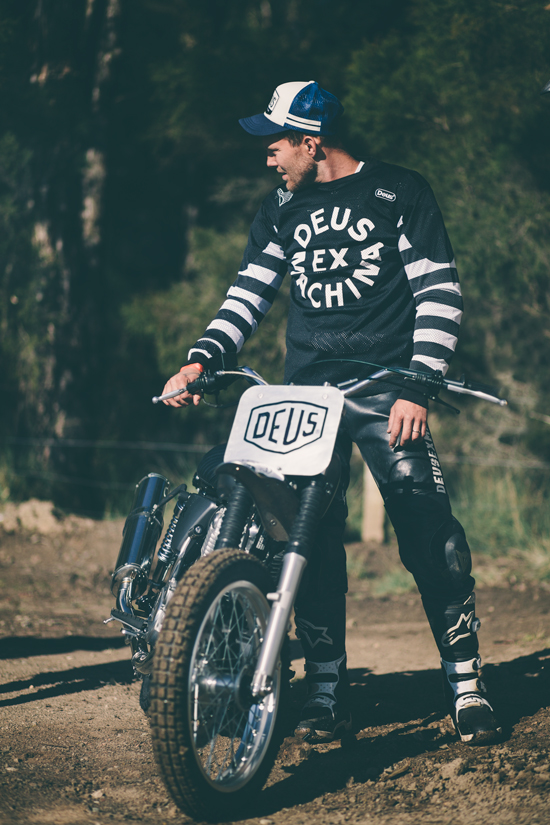 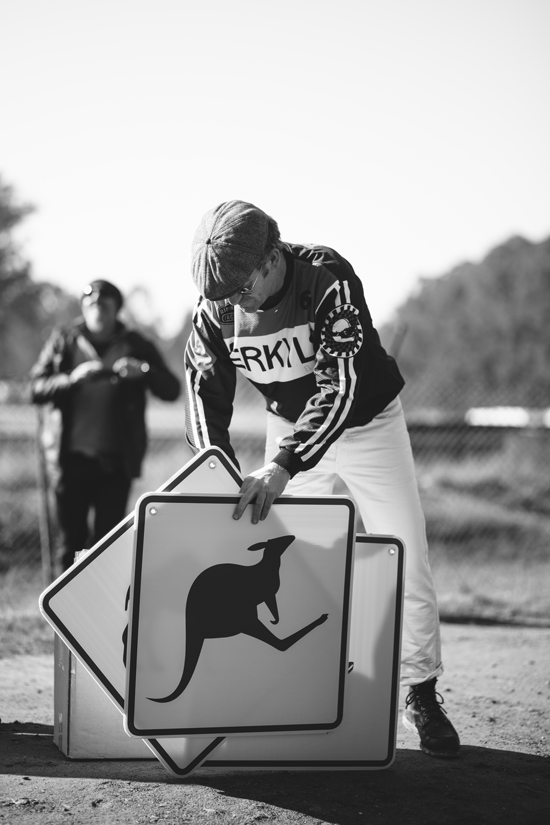 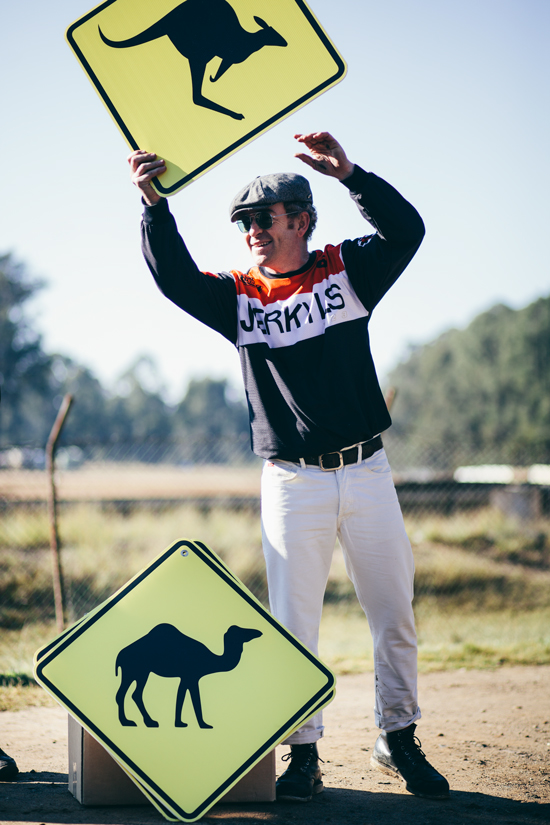 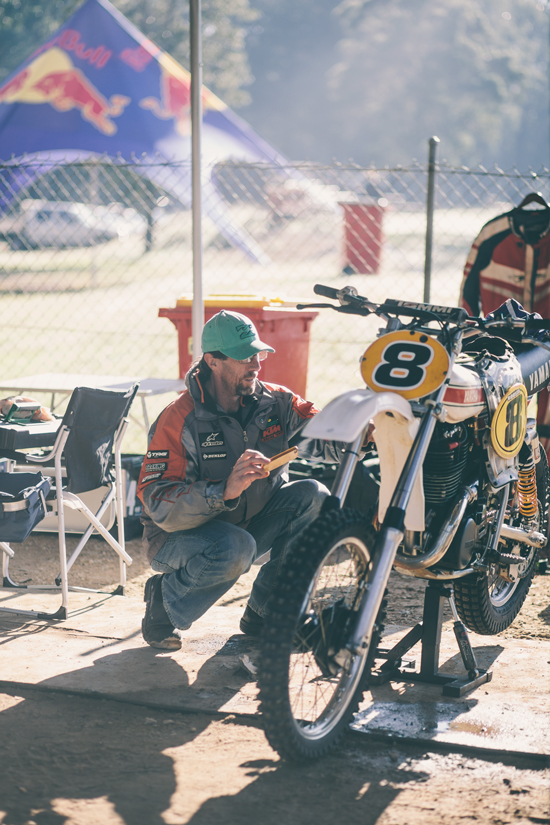 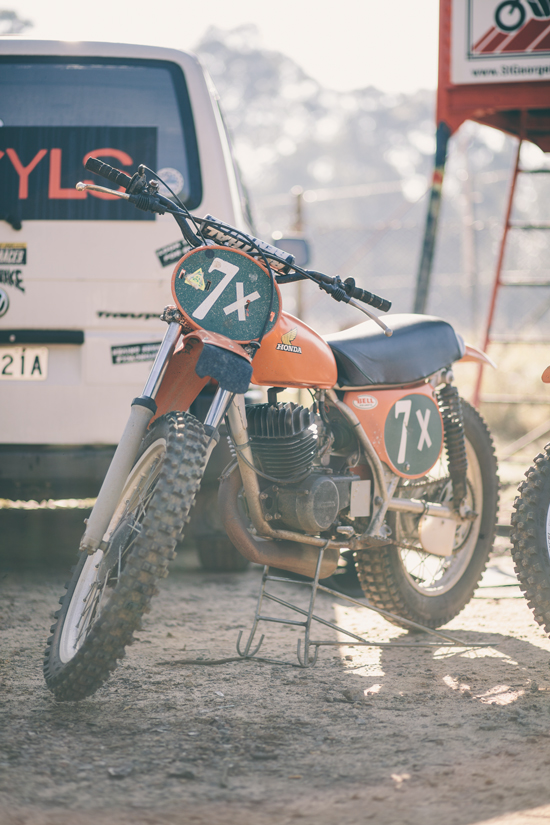 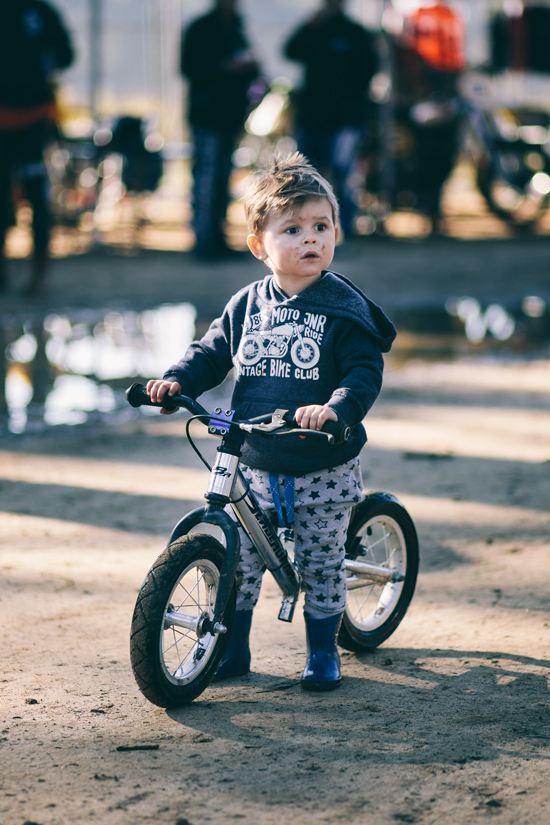 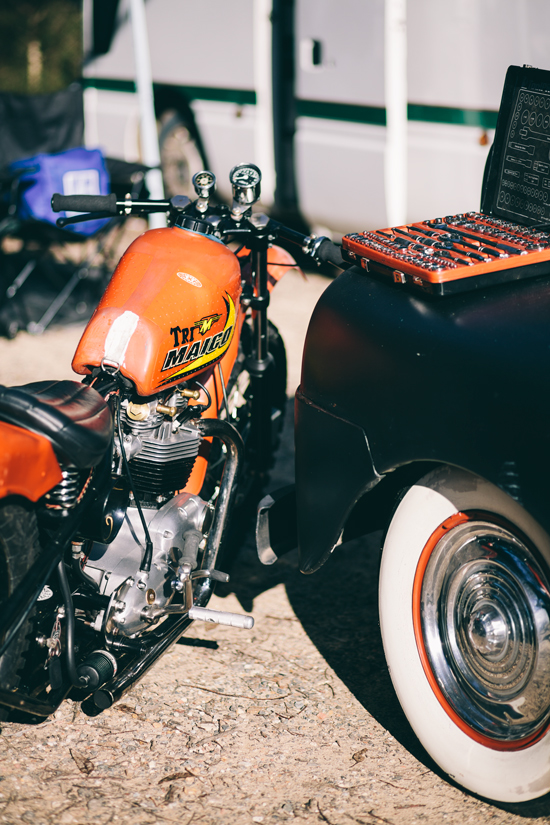 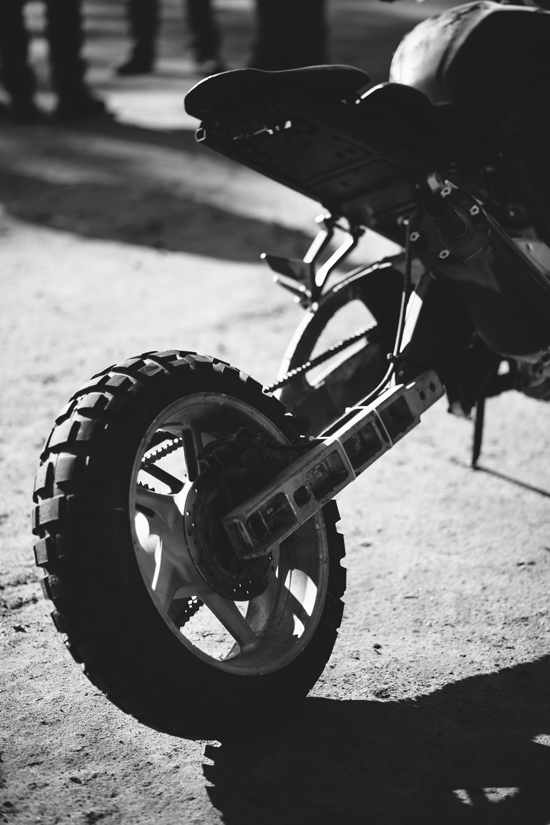 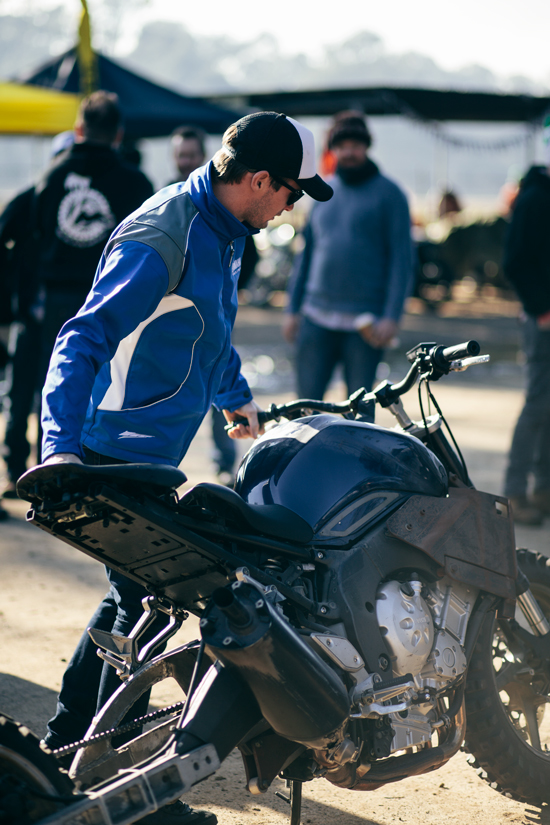 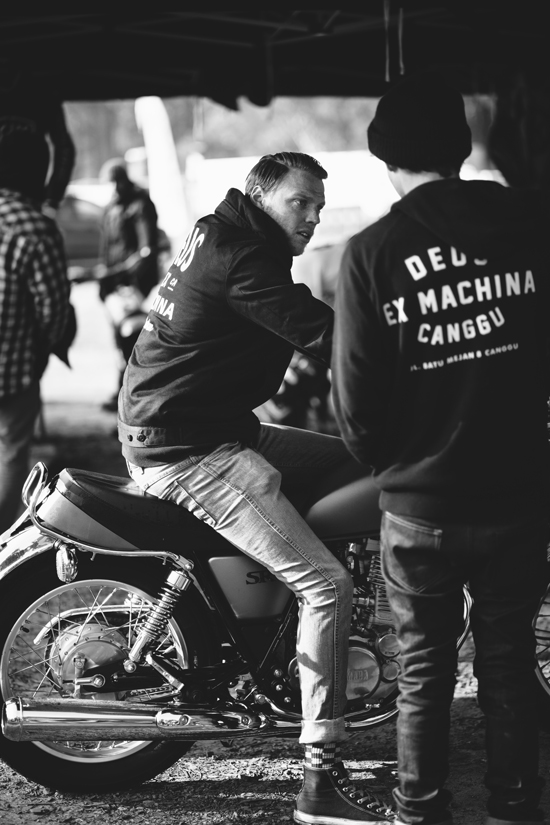 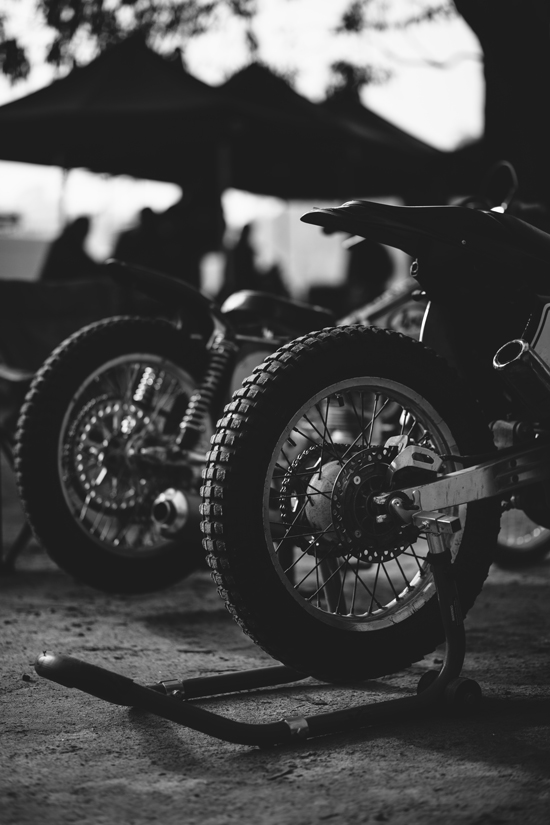 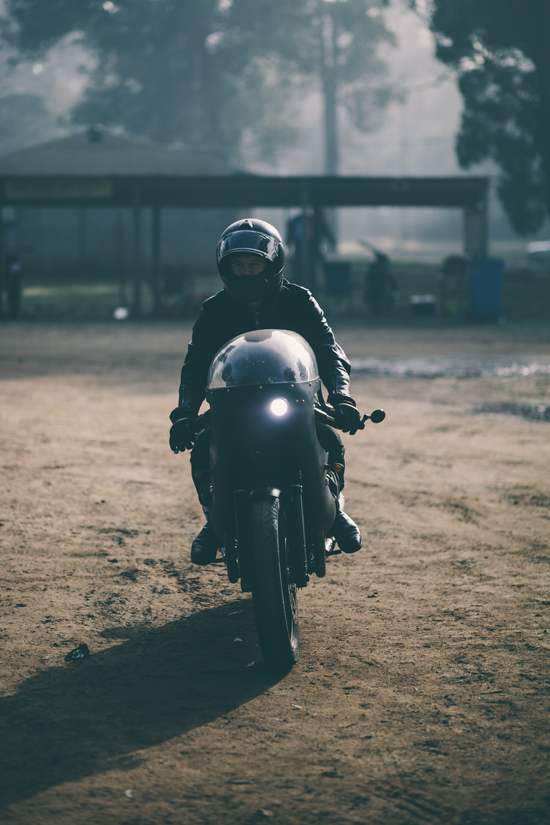 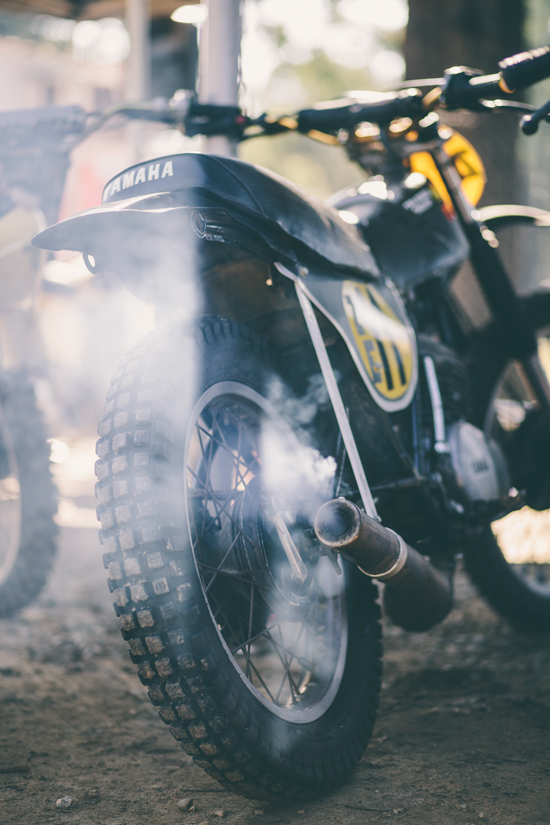 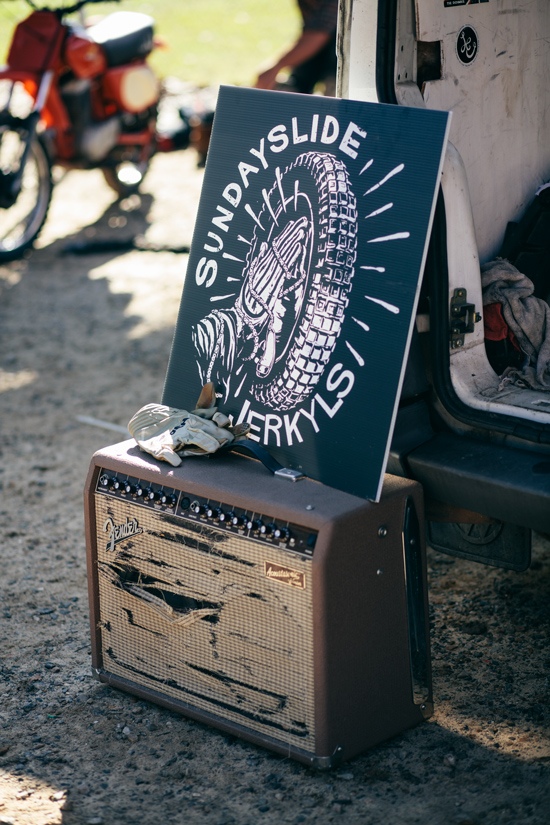 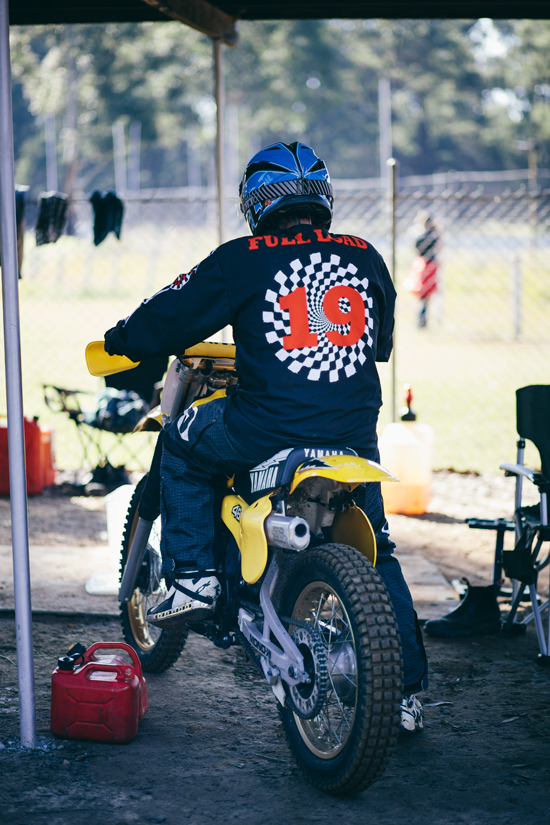 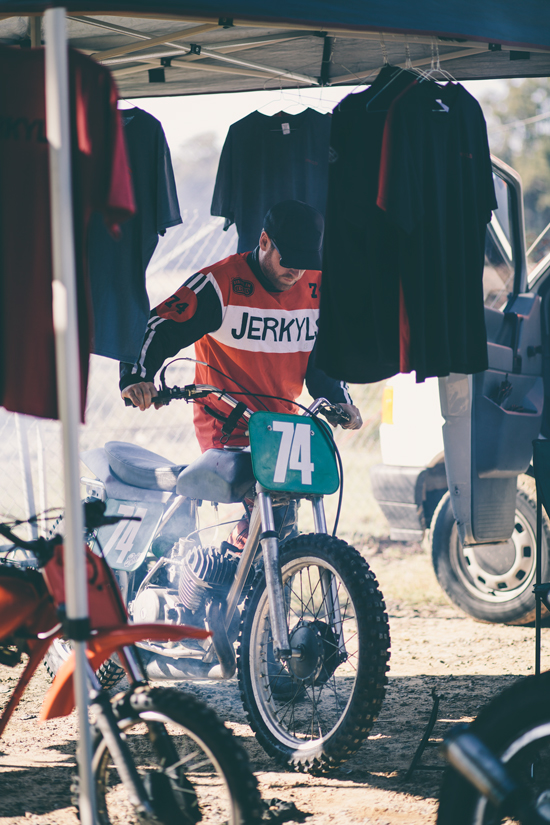 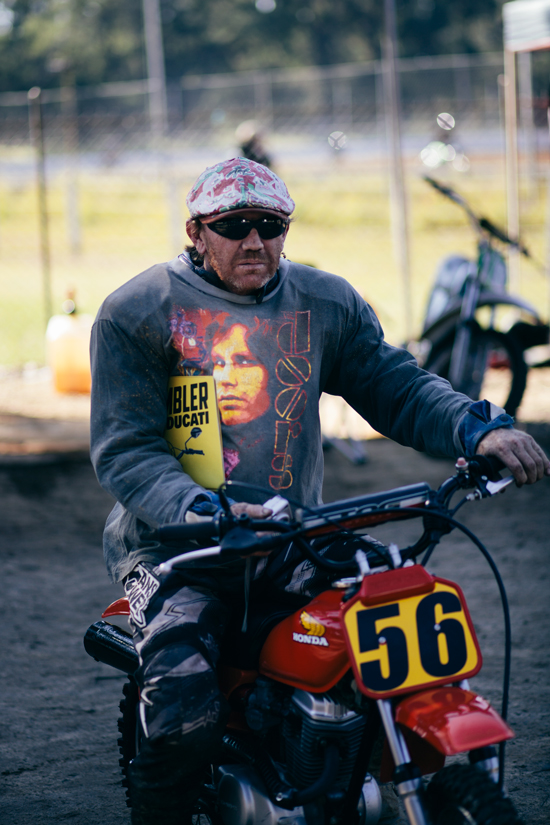 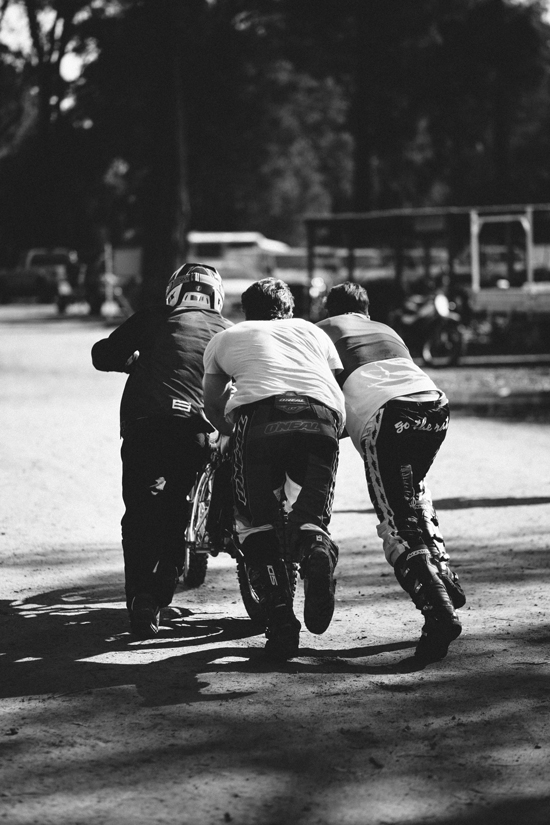 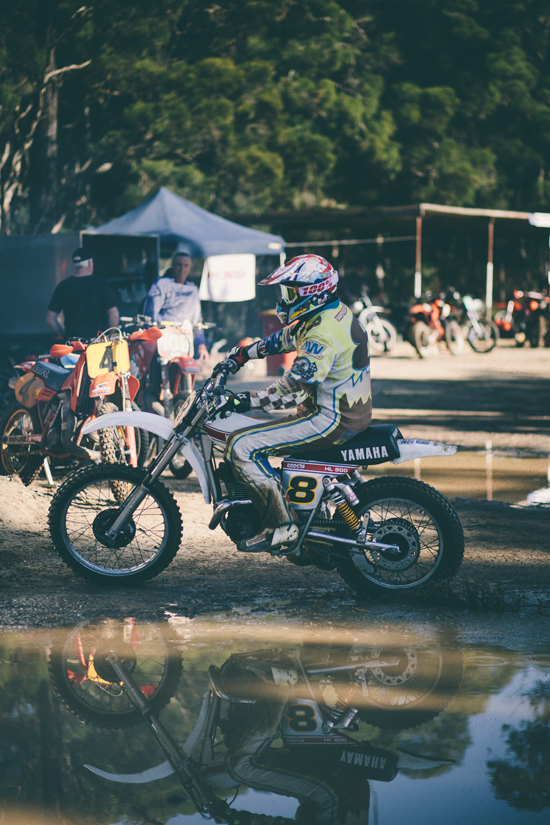 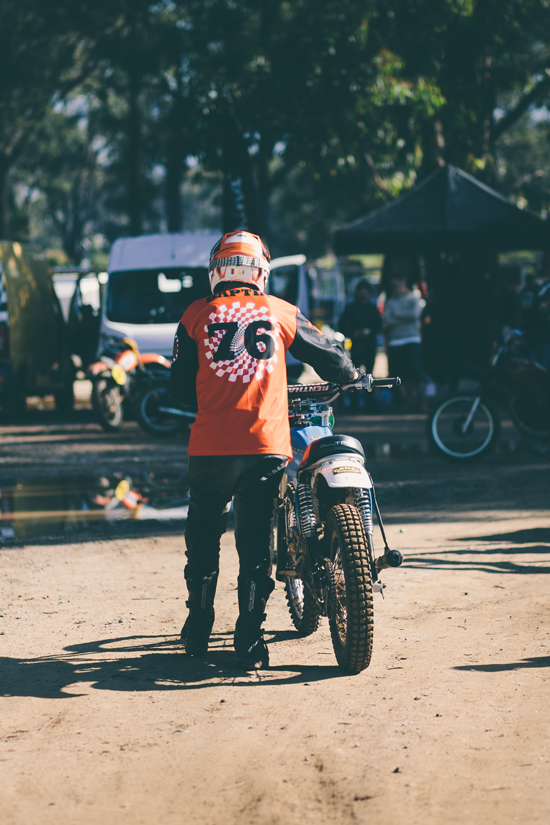