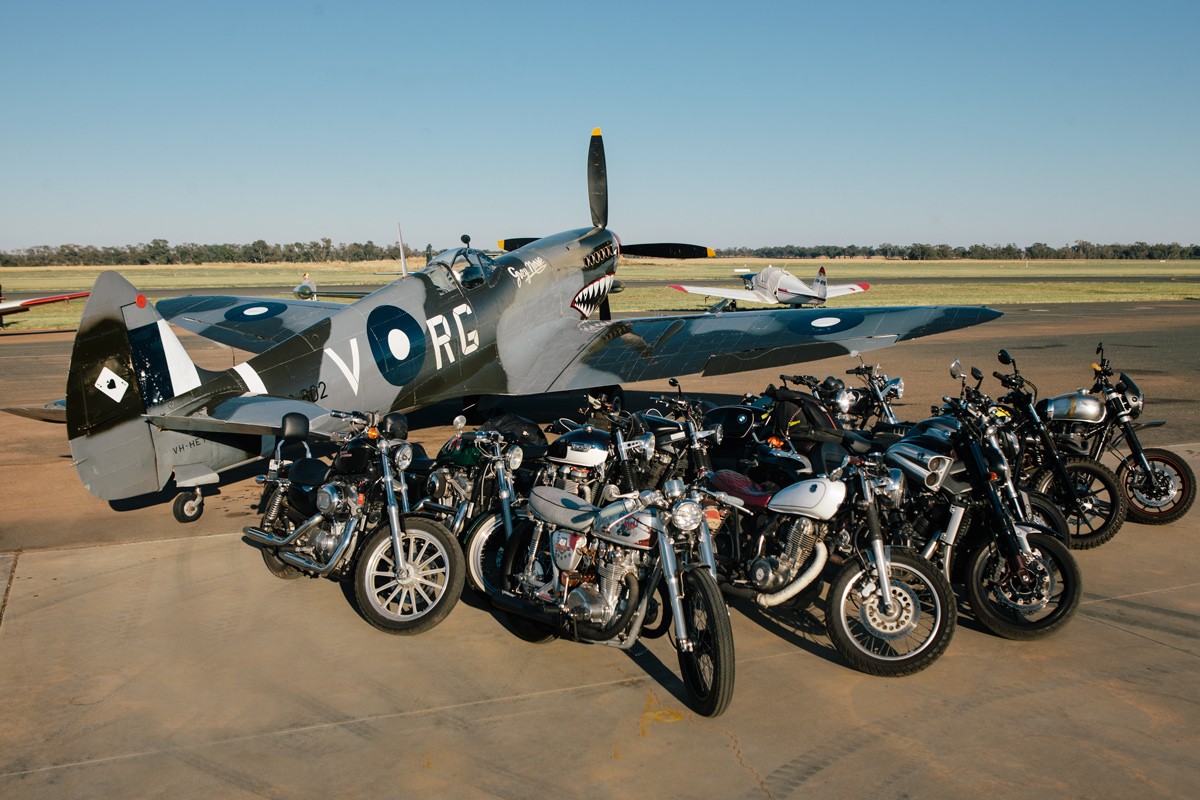 The Australian heat was in full force as military and vintage aircraft from all over made the pilgrimage to Termora for the 2015 Warbirds Downunder airshow. This time however, some other speed machines also answered the call as Sydney Café Racers made the journey down to camp amongst some RAAF history. 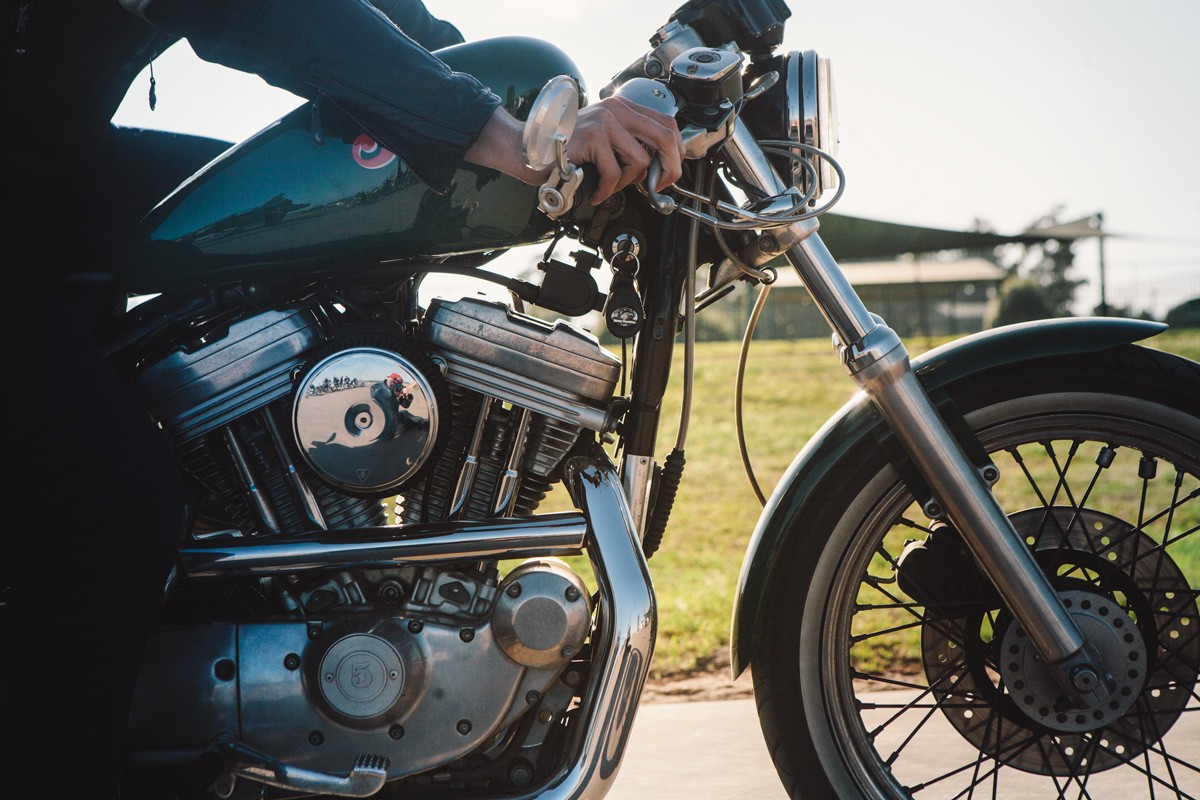 A rag-tag mix of riders from SCR met up at Harry’s Café De Wheels bright and early on a Friday morning. The plan was to ride down to Temora, where they would be camping for the next 3 days at the Warbirds Downunder Airshow. It was predicted to get above 40c that day – so it would no doubt be quite a ride, especially when SCR’s motto “take the long road” was to be employed on the route down. After the 18 riders gather, taped their routes to their bike tanks and made one final check that all their gear was properly tied to their bikes it was time to hit the road.

The first bit of fun road that would be hit was through the National Park. The cool shade of all the trees was soaked up by everyone as thoughts of the scorching day ahead no doubt entered everyone’s minds. There would be fuel stops every ~140km’s to make sure the mix of bikes – from SR400’s to Harley’s, to modern sportier bikes and even dirt bikes – had enough fuel throughout the trip. The morning’s ride was great; with the group making it’s way through Macquarie Pass, Moss Vale and then down to Goulburn for lunch. The heat began to truly kick in by now, and even the wind was hot – not giving much solace to the riders. Everyone was in high spirits regardless, and tackled the remaining road to Crookwell, Boorowa, Young and finally to Temora despite the heavy winds that battered and teased the bikes in the searing heat. 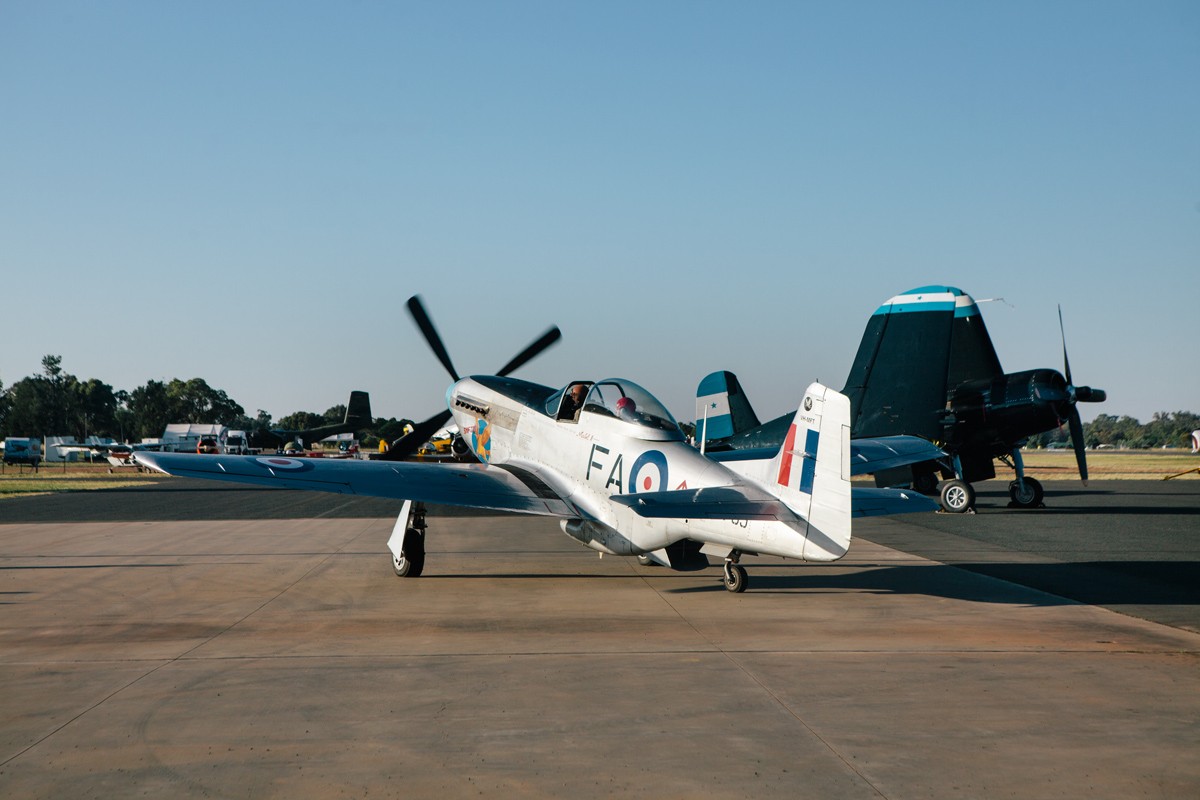 The pack of bikes parked at their own camping spot between two private hangars near the airfield. There the group met with Garath, who would be our go-to man for the weekend and resident of Temora and also met with Air Chief Marshal/ Chief of the Defence Force Mark Binskin – a fellow rider who is active in the motorcycle community and a big contributor to prostate cancer charities in Australia. The tents were set up and a run into town was made to pick up plenty of ice and beer – something everyone had definitely earned after the 9-hour ride. The Friday evening saw a sneak peak at some of the aircraft that would be flying by and performing manoeuvres for everyone the following day. An F/A-18 Hornet tore open the sky as it flew in low, only to turn to the sky sharply performing what can best be described to the moto world as a drift before it powered up hundreds of feet into the air. 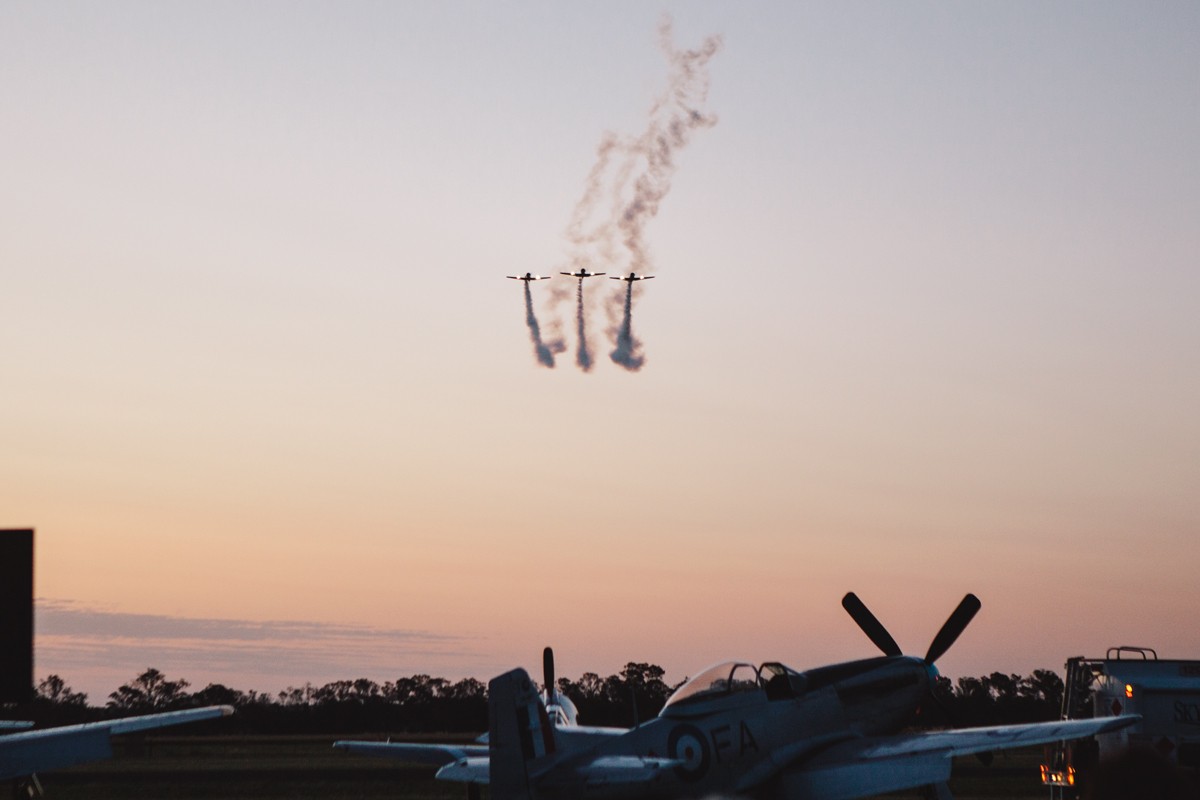 Saturday saw the main show as the skies were completely blue and clear. Aircraft from all the major conflicts in the 20th and 21st century were showcased and flew by in formation for the excited crowd. The favourites for most would be the iconic WWII fighters and bomber aircraft, such as Spitfires, P-51 Mustangs, a Grumman Avenger and even a F4U Corsair.

Non-military aircraft also took to the skies, with stunt planes and various vintage aircraft showing off for the crowd. The RAAF Roulettes gave a spectacular show for the crowd, performing stunts and painting the sky with their smoke tails. These elite pilots perform aerobatic displays using only hand-eye coordination, flying at speeds up to 590kph and experiencing up to 4.5Gs in their PC-9/A aircraft. 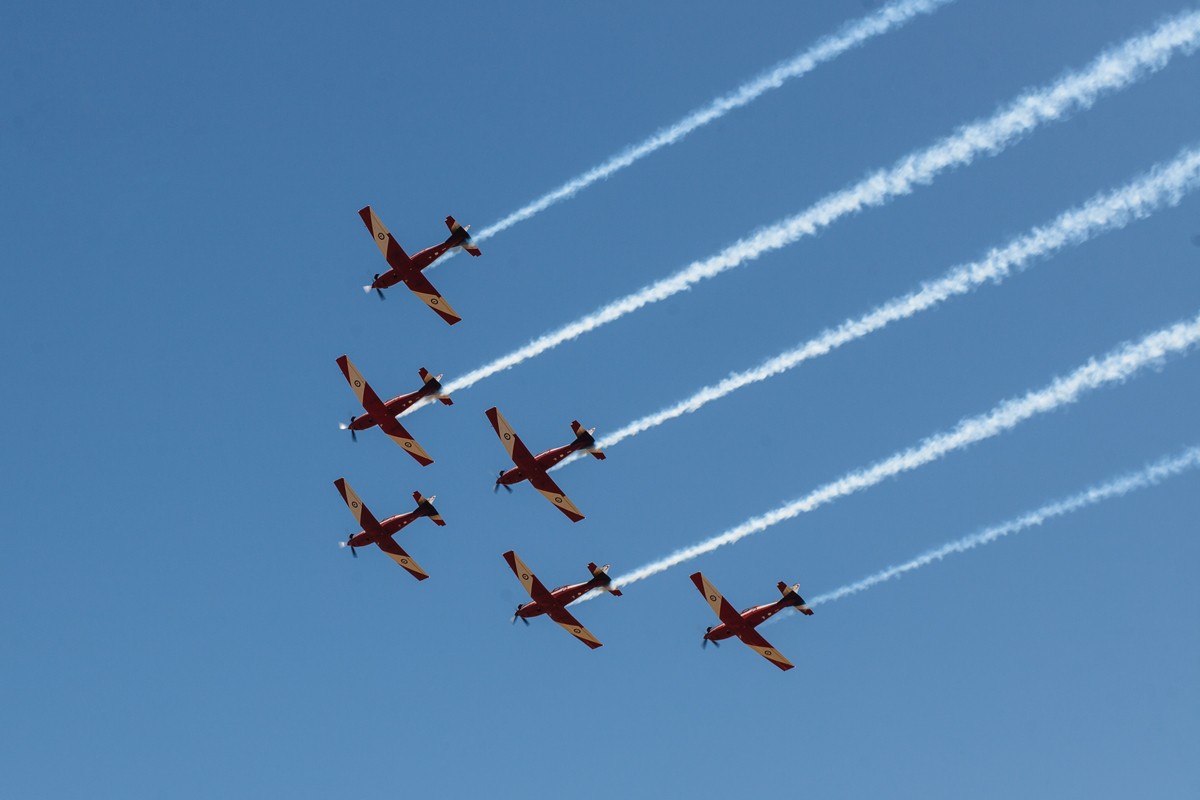 On Sunday everyone rose early to get down to the airfield with their bike to take some photos amongst the aircraft, something special that Gareth had organised for the guys and girls of SCR. After this the group headed back home, only this time powering up the freeways – keen to get home and unpacked after such a stellar weekend. The weather would prove to be much nicer, but a long oil patch on a corner found rider Xavier lowsiding it on a corner. Fortunately he was fine, and his Bonneville would make it home after a bit of work was done to the broken gear lever.

A very special thanks to Stephen Broholm, Garath, and Mark Binksin from Throttle Roll and Sydney Café Racers for helping organise such an amazing trip and weekend. 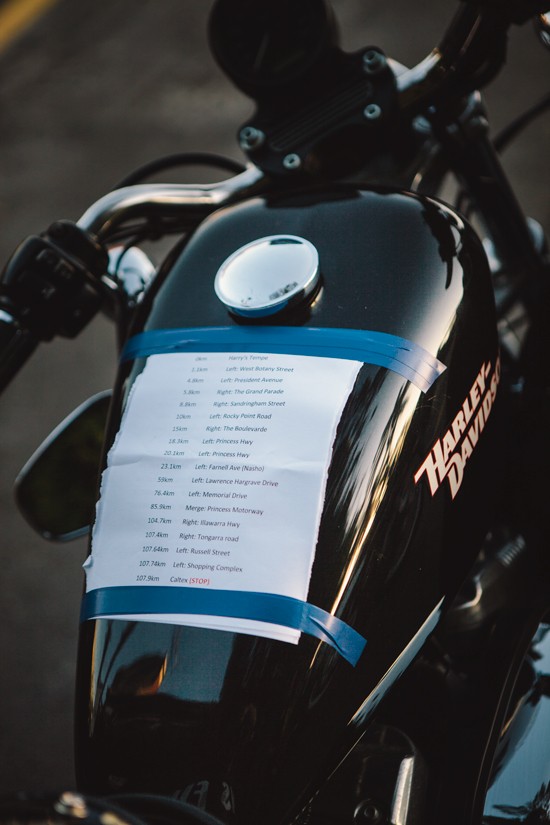 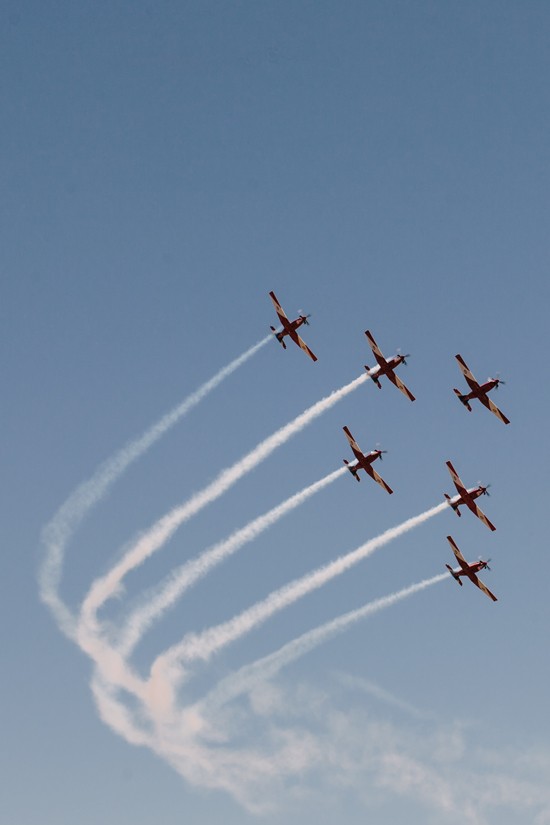 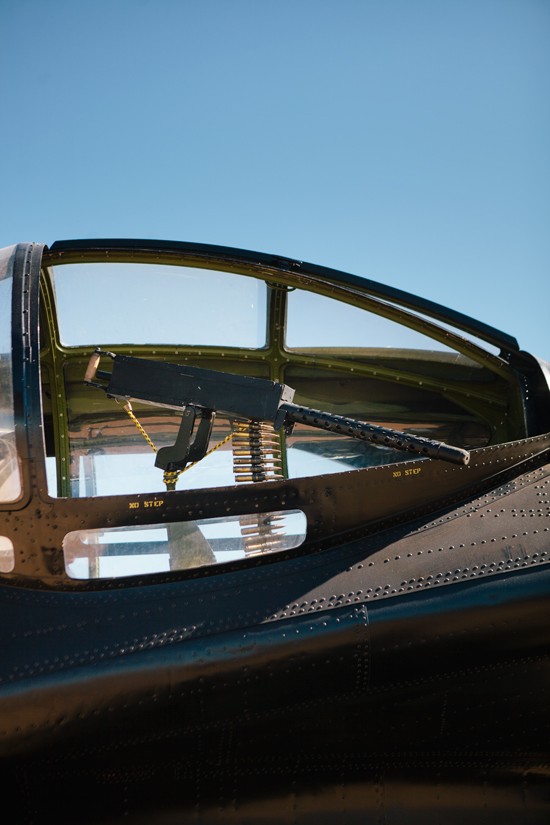 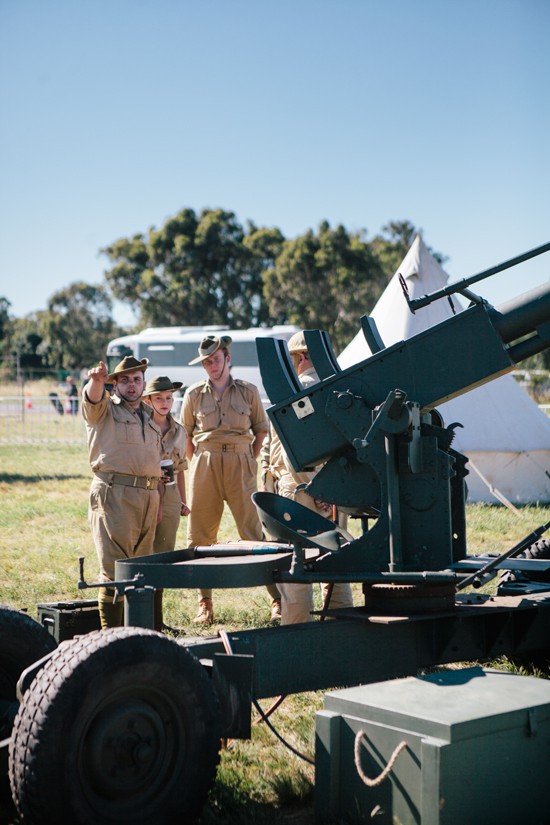 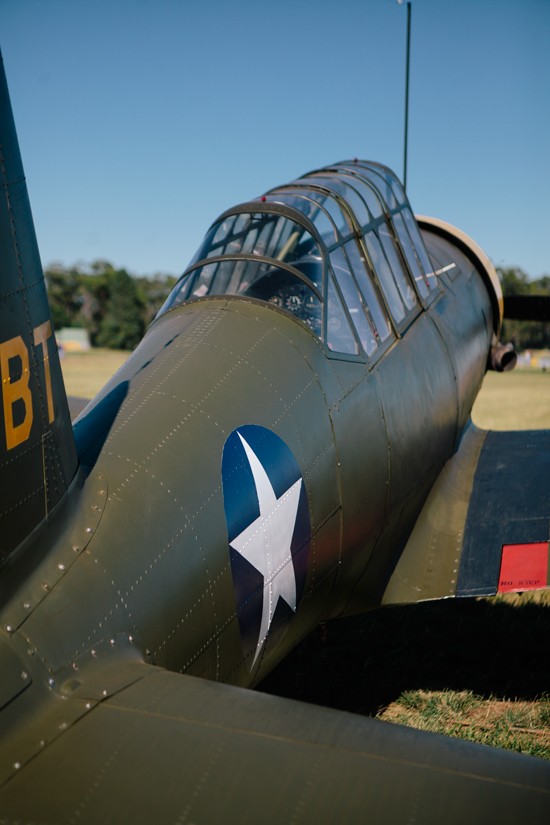 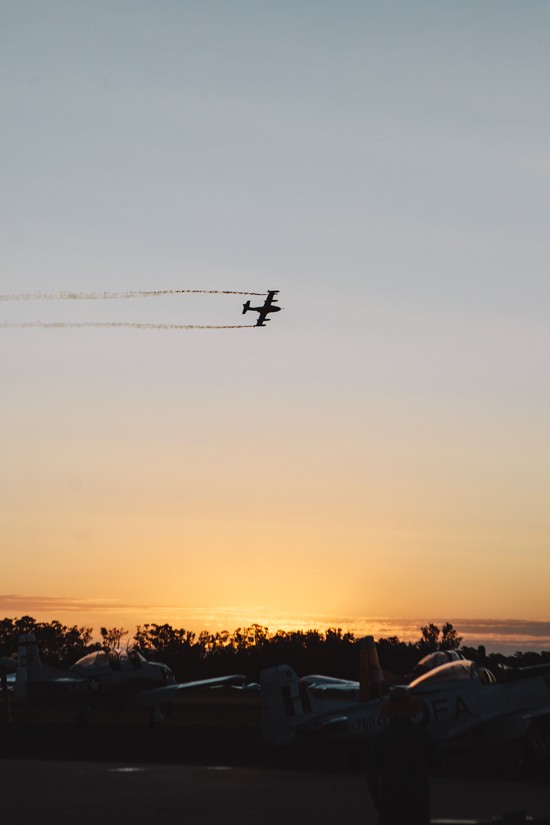 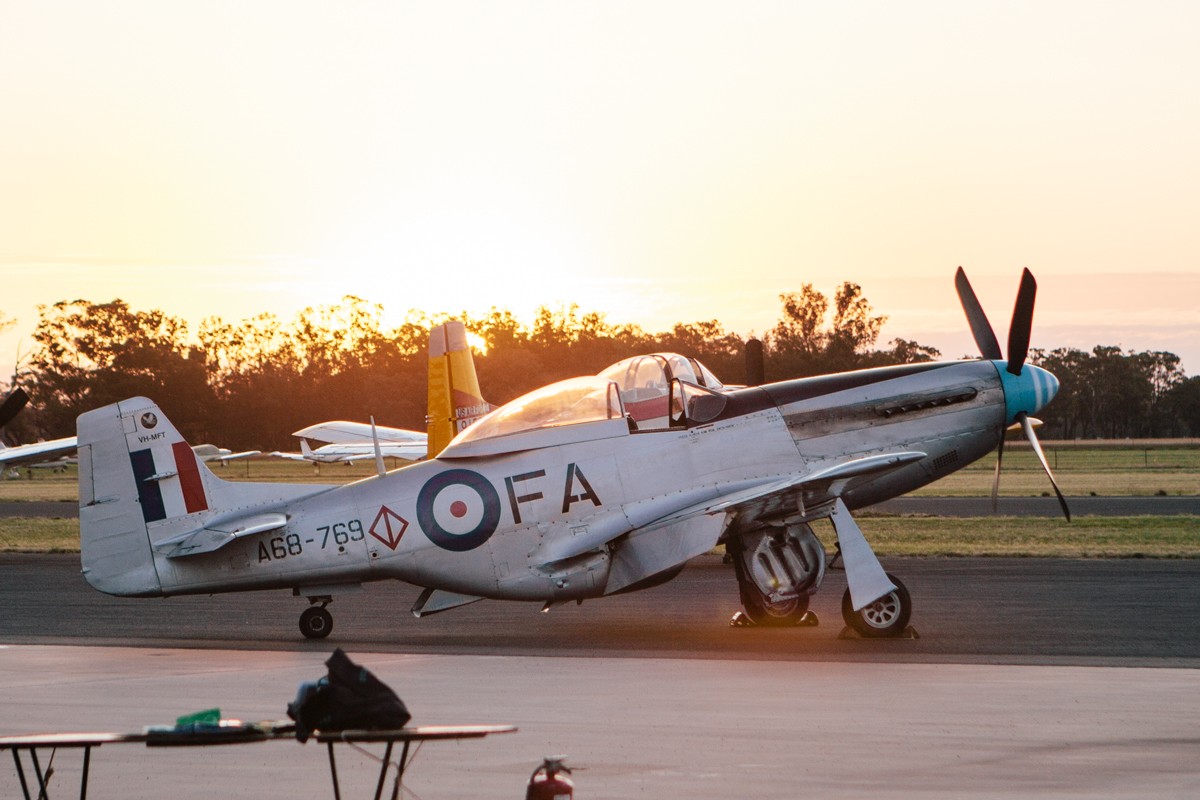 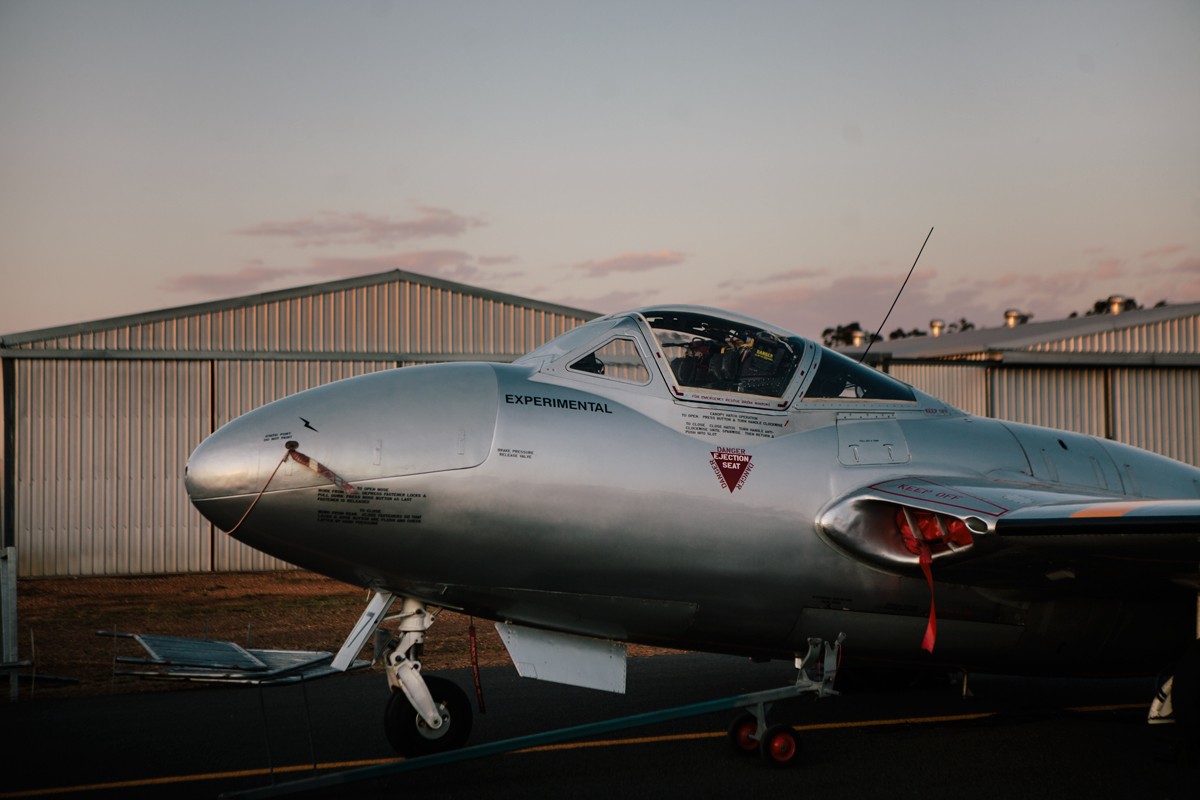 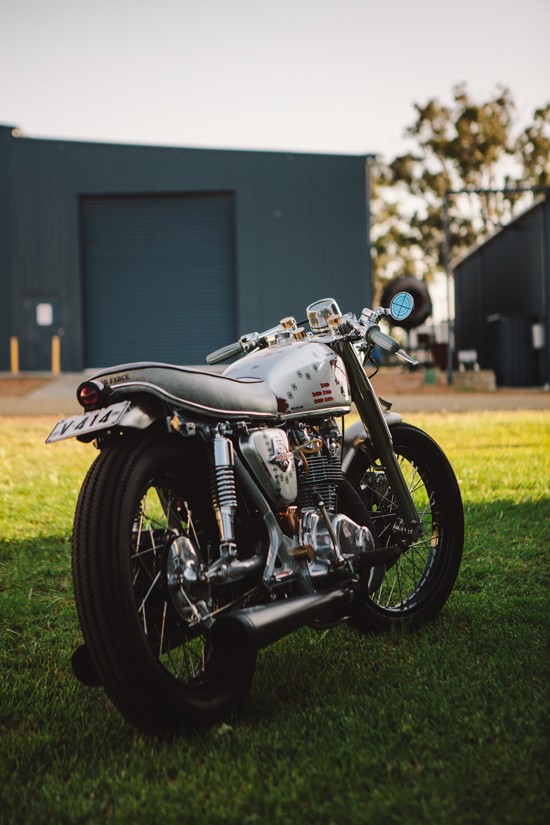 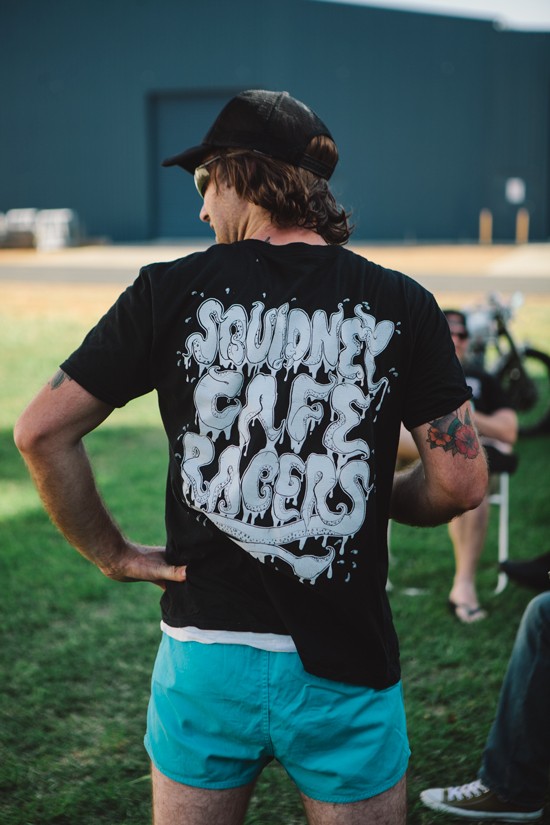 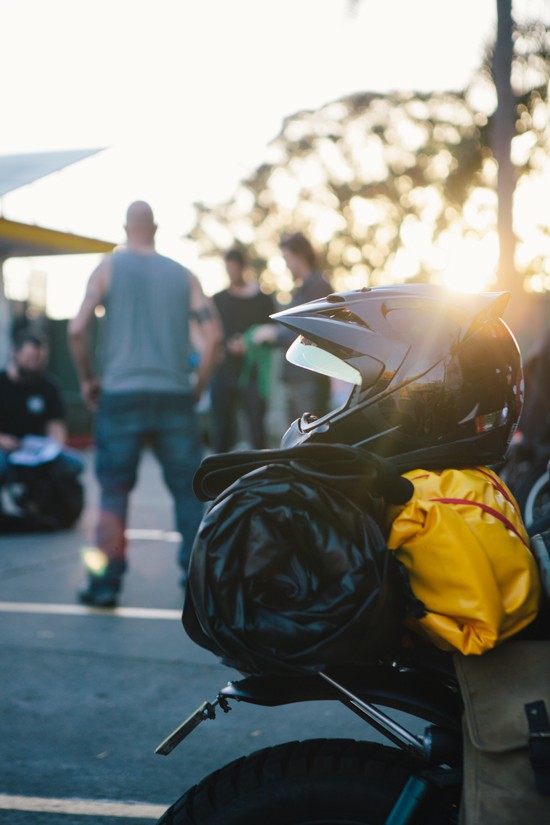 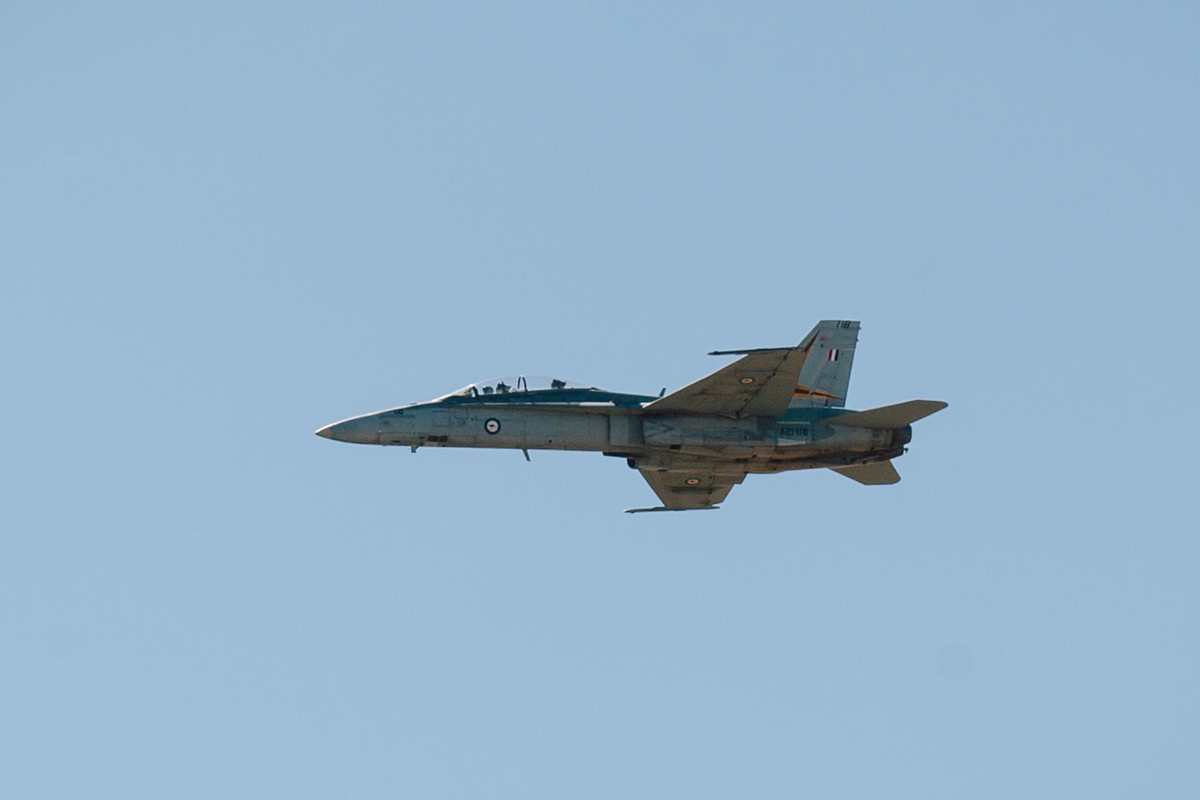 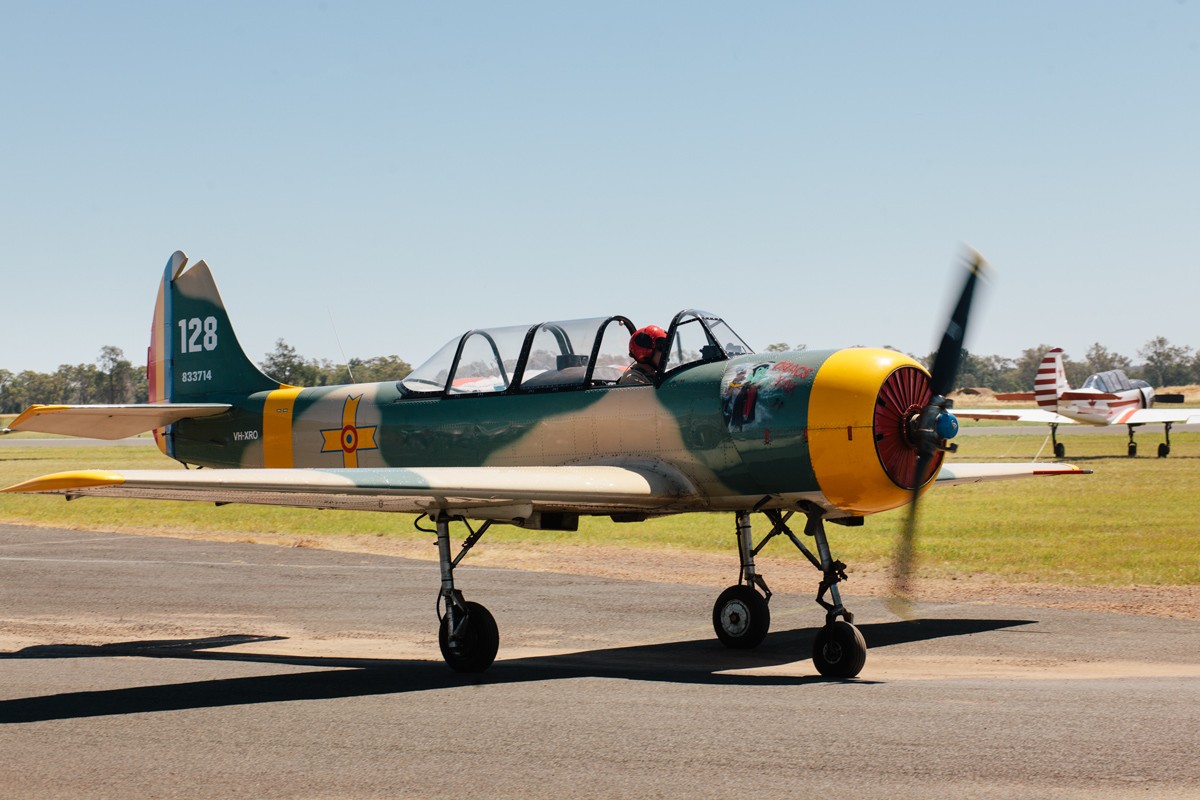 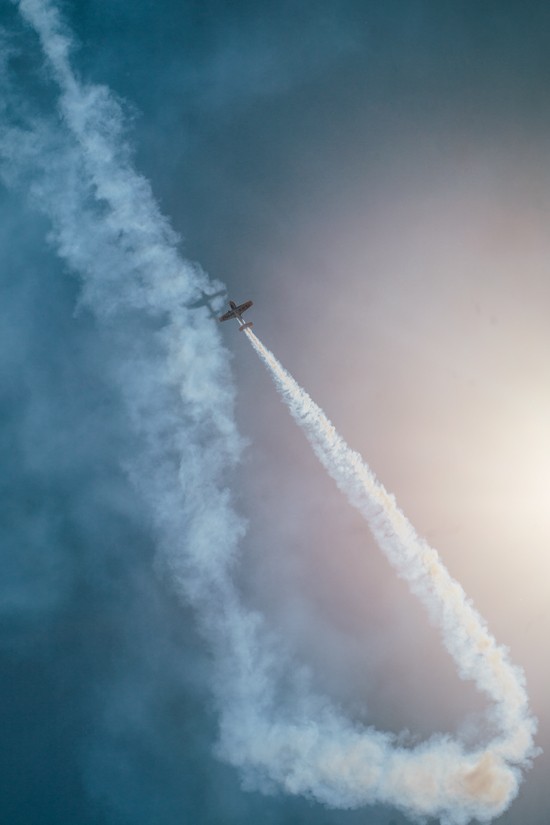 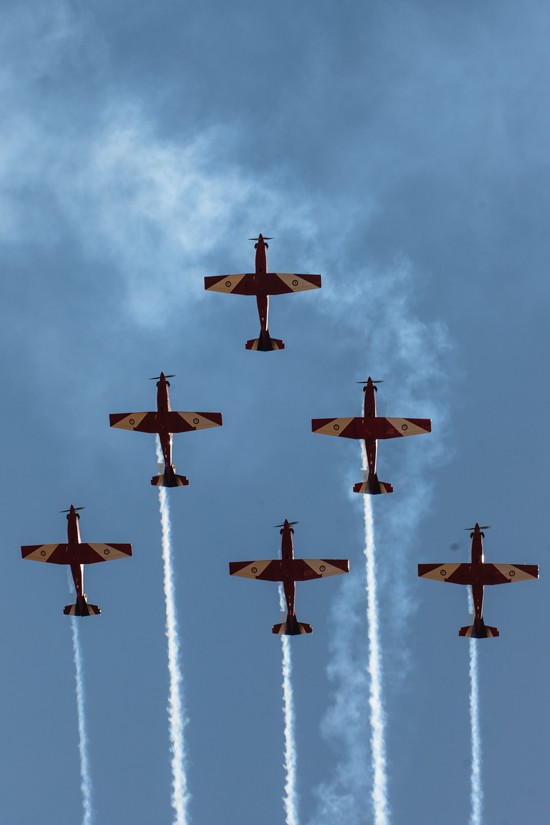 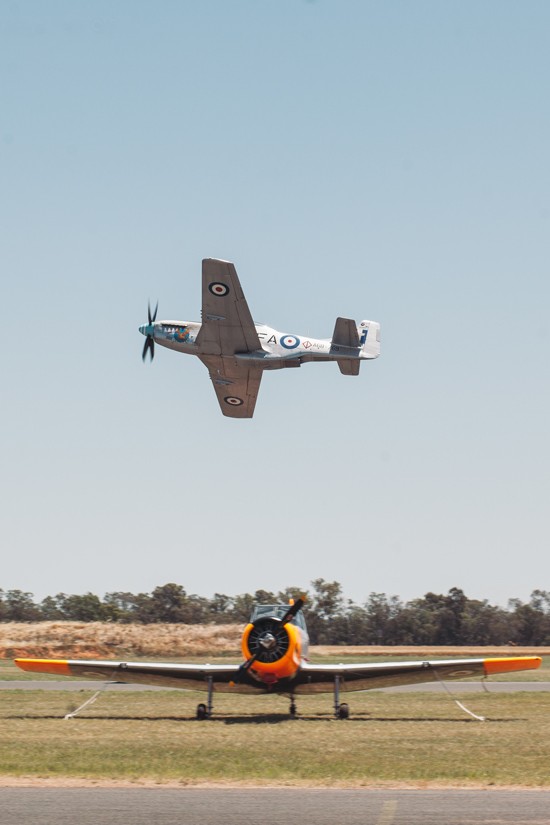 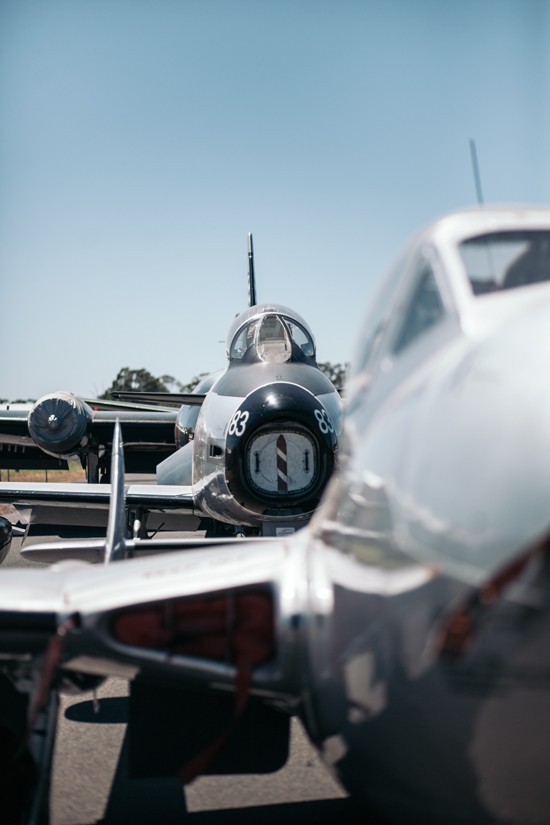 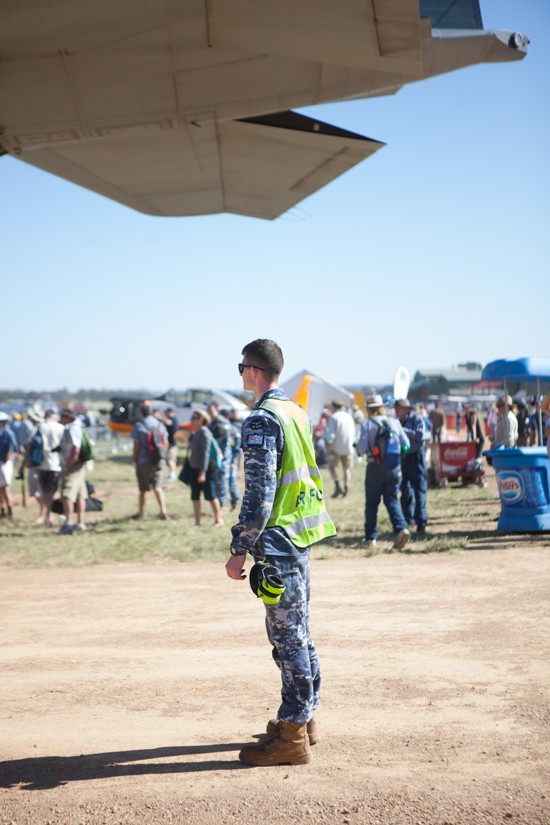 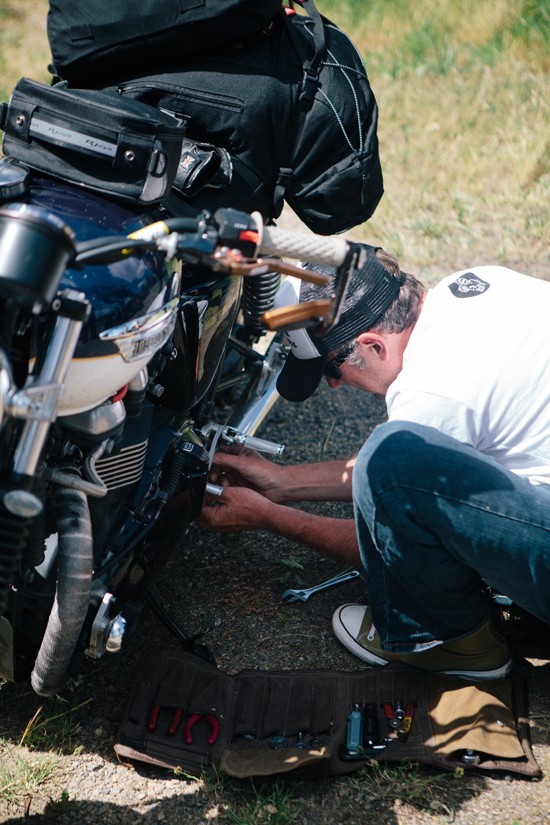 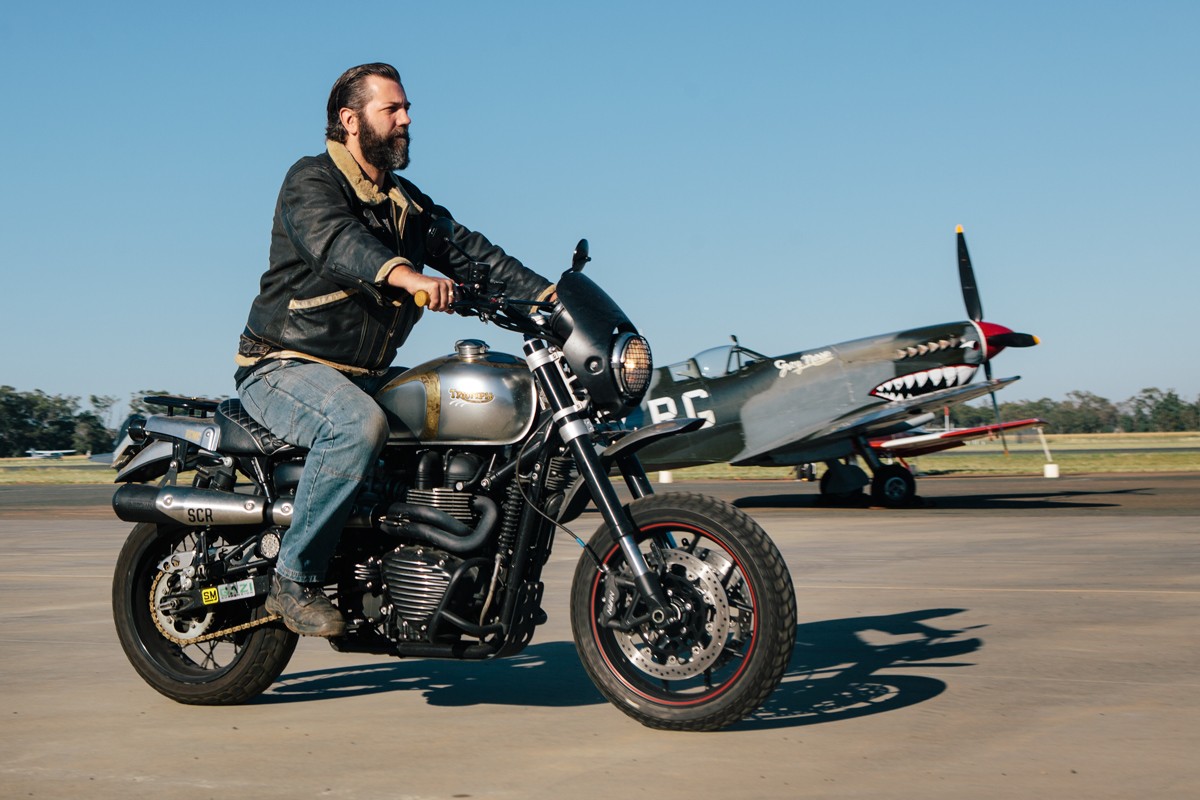 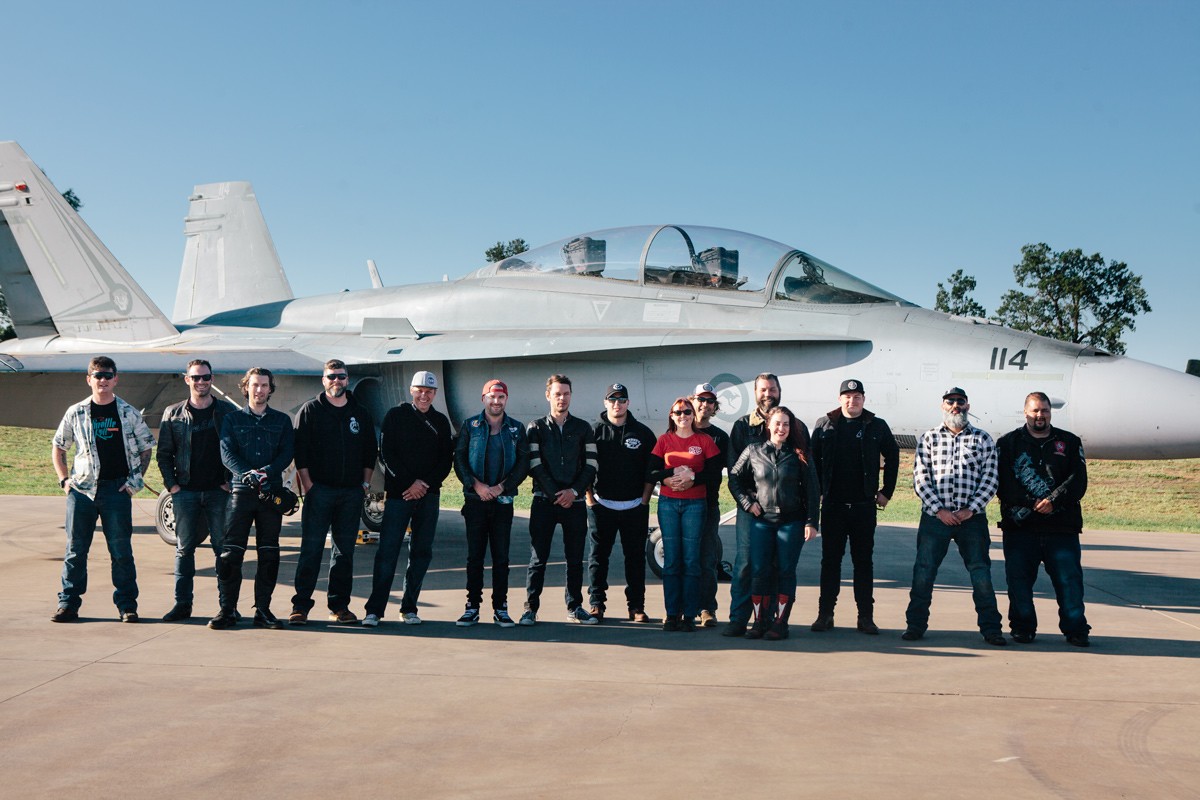 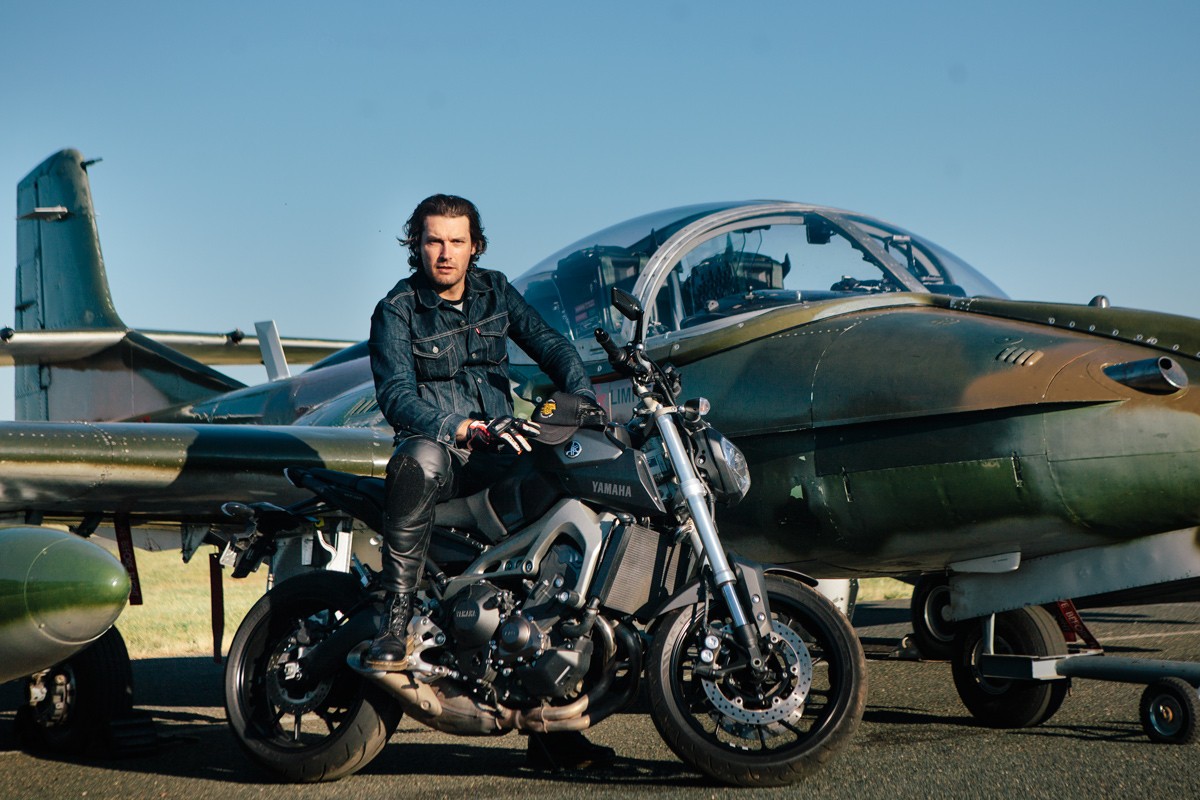 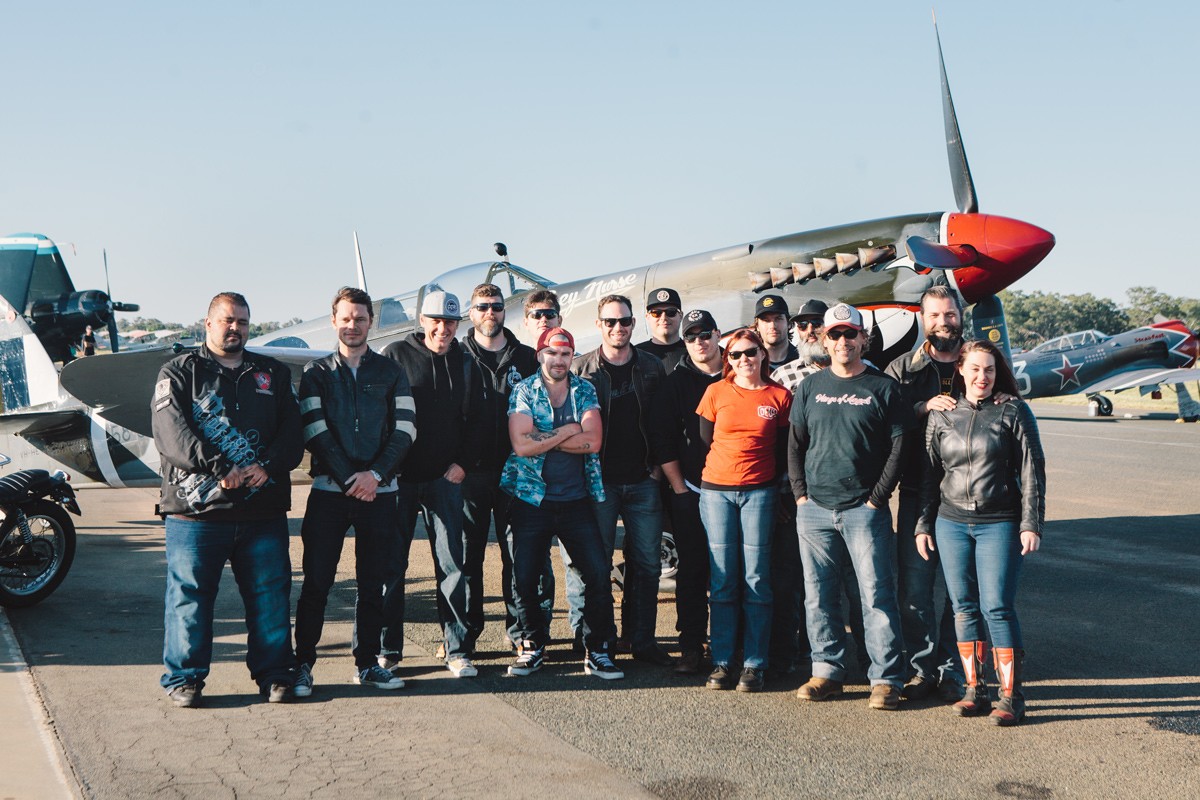 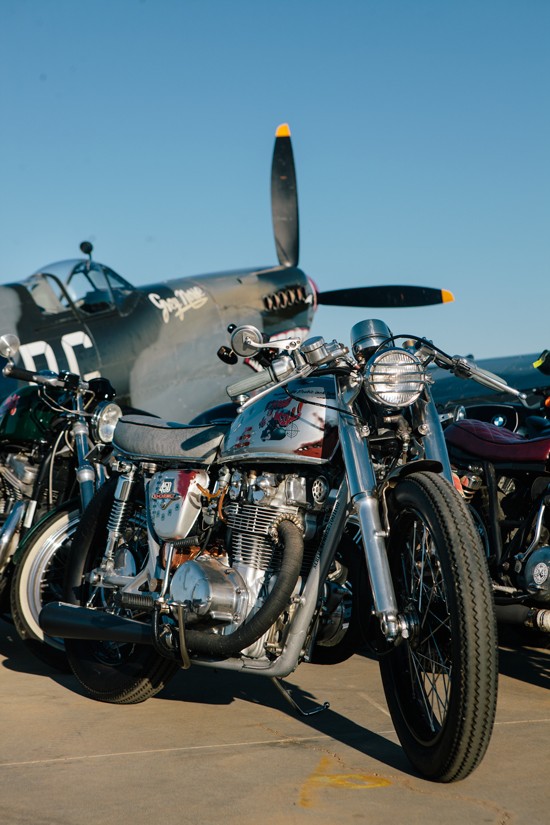 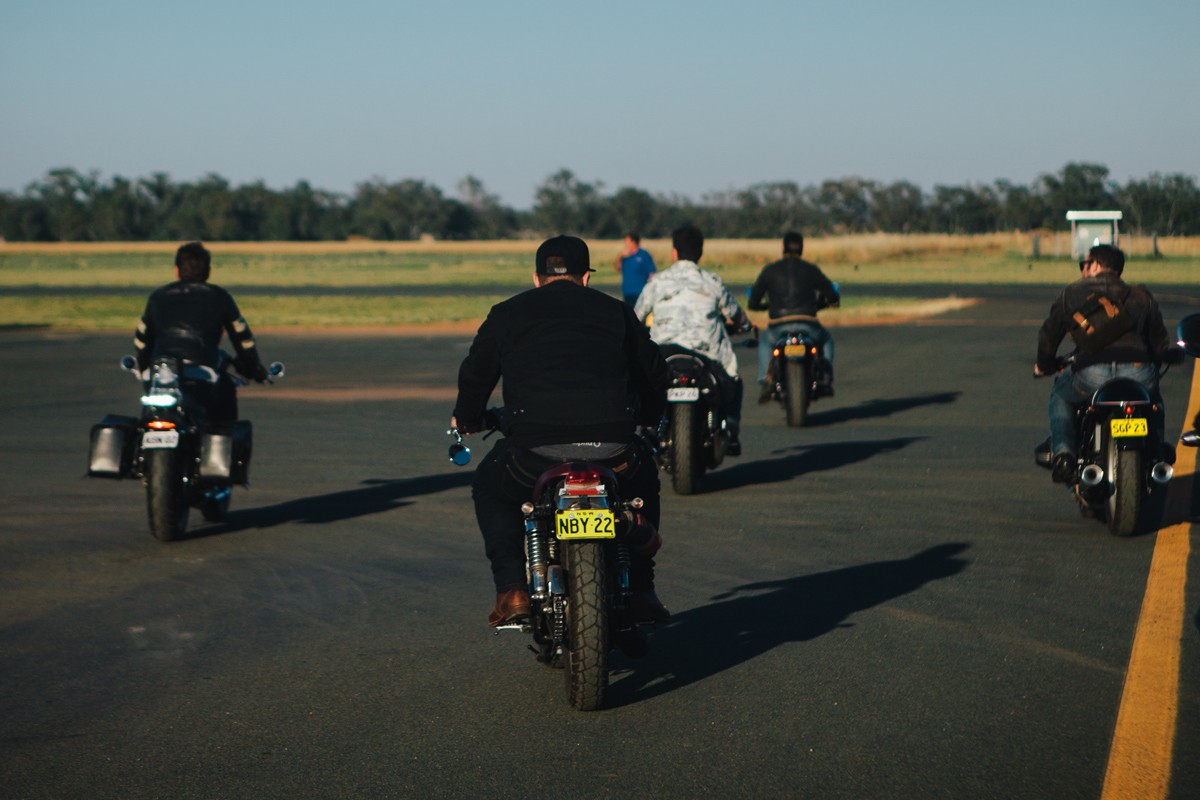