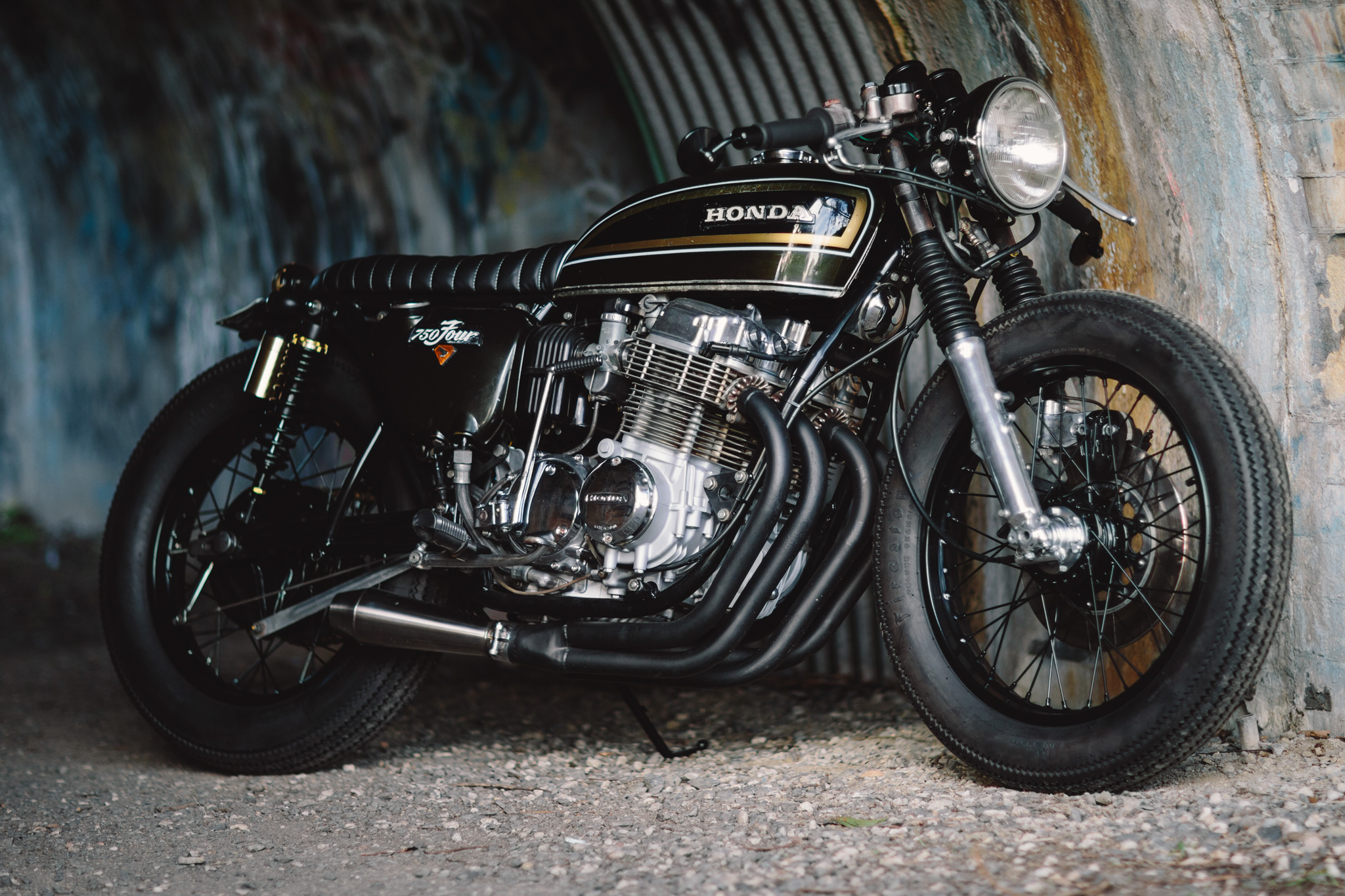 After owning 3 bikes in the past year, Adrian received an ultimatum from the Missus – the next bike purchase would be the one he was keeping. The pressure was now on to keep a promise, while another would be broken…

Scouring the Internet looking for ideas, Adrian came across Mike Salek’s Honda Brat and it was love at first sight. “I fell in love instantly and decided that the only way that I could get something similar was to buy a stock bike and get choppin’.” The donor bike would be found up in sunny Queensland, a Honda CB750 Four in good knick with 34,000kms on the clock. “The bloke I bought it off imported the bike from Virginia USA off the original owner, and it sat in his garage for years waiting to be restored. After realising this was never going to happen, his wife convinced him to sell it. He made me promise that I’d restore the bike back to original condition as part of the sale, but I’ll have to admit that I had my fingers crossed behind my back!” Naughty boy Adrian! But at least now the bike was getting attention and being used on the road, instead of gathering dust in a garage.

Maybe this cheeky Kiwi has a penchant for trouble, as he only got his motorcycle licence after being caught by police at the age of 15 back in New Zealand doing doughnuts on the local cricket oval. They gave him 2 weeks to get his proper licence (for riding, not tearing up cricket pitches) or else he’d cop the fine. So on the day of the test, Adrian borrowed a mate’s Honda CG110 and successfully passed. And thus began years of bikes, and (probably) more mischief.

Upon getting his newly purchased CB750 back to Sydney and registered, Adrian jumped on the Australian CB750 Four facebook group in the hopes of gaining more information on the bike and being part of like minded riders. “I went for a ride or two with a couple of the guys and told them my plans for the bike. “Oh no! You can’t chop it, it’s a classic!” was the overwhelming response. This is when I got talking to Leigh, and he quickly realised how deadset I was on chopping the bike. Leigh wanted some parts for a restoration, so he offered to build the bike into what I wanted while taking some parts for his build, and so we came up with a deal that worked for both of us.”

This symbiotic relation would be prove to be just the ticket for Adrian. “Leigh and his father Frank were an absolute wealth of knowledge when it comes to these bikes, and with Frank being an ex-Honda mechanic and Leigh having such great foresight and skills on the tools, I knew I was in good hands. They had heaps of parts that were perfect, and if they didn’t have them they knew exactly where to get them. Even after picking it up from my place and riding it home, within 2 hours I received a photo message from Leigh of my bike that had been completely stripped to the frame, including the engine removed! I was impressed. The best thing about it is that Leigh and I have become great mates and I’m very proud to tell anyone that he is a master CB750 builder, and recommend anyone with one of these bikes to talk to him before doing a restoration or custom.”

“Despite telling myself that the green paintwork was going to be changed as soon as I could afford it, when Leigh put the bike together with the powder coated wheels and frame it looked totally different, and I loved it. The original paint is rough, but I like the dirty ratty look.” 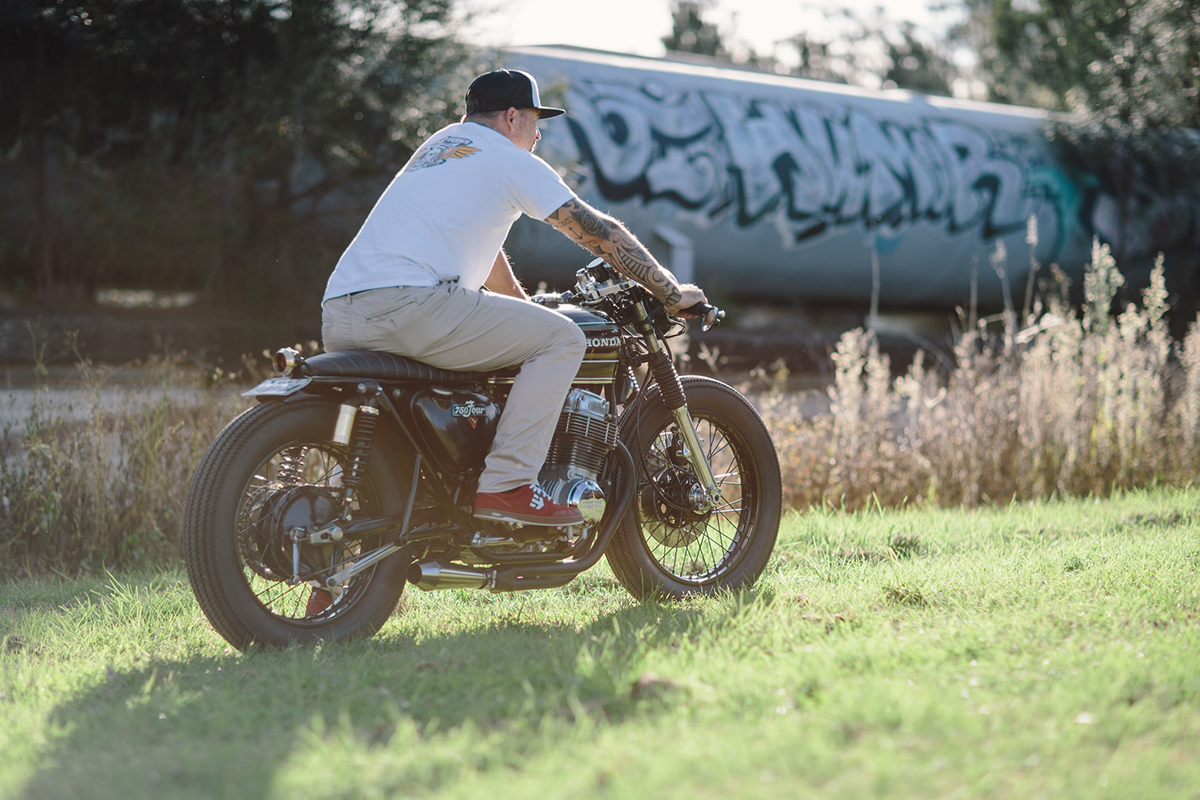 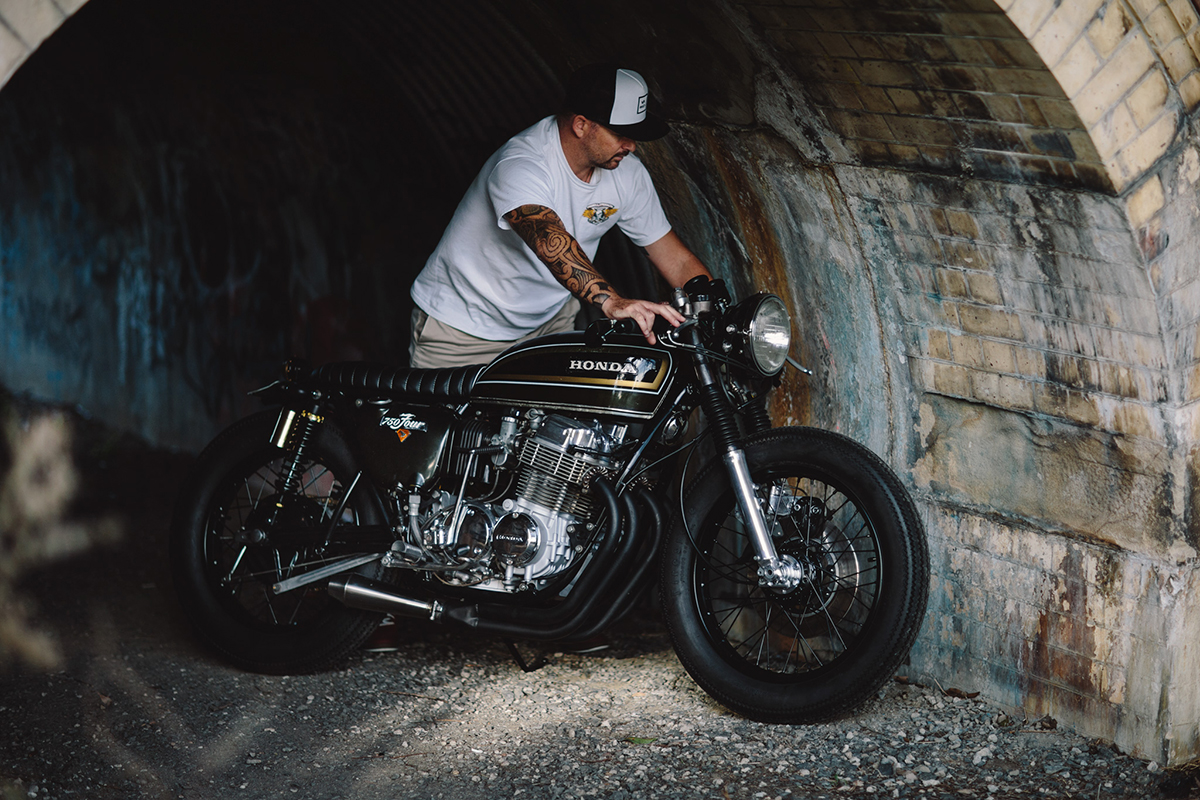 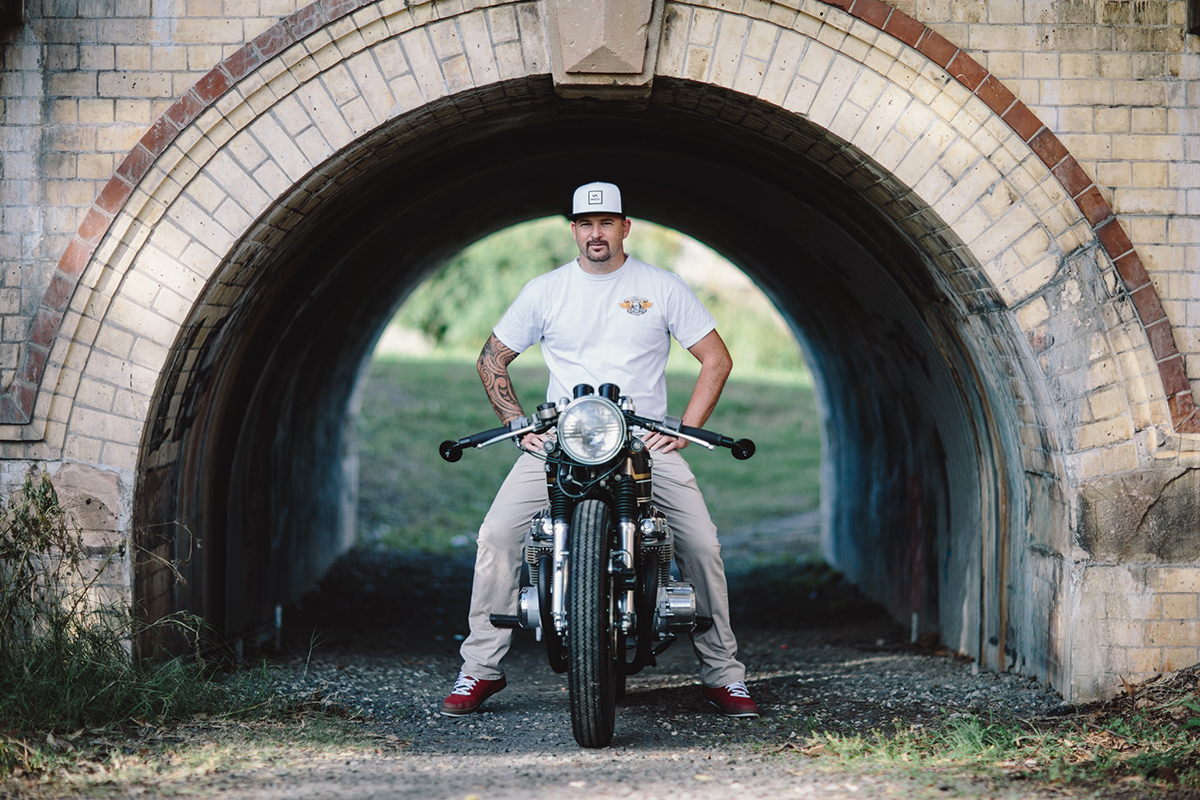 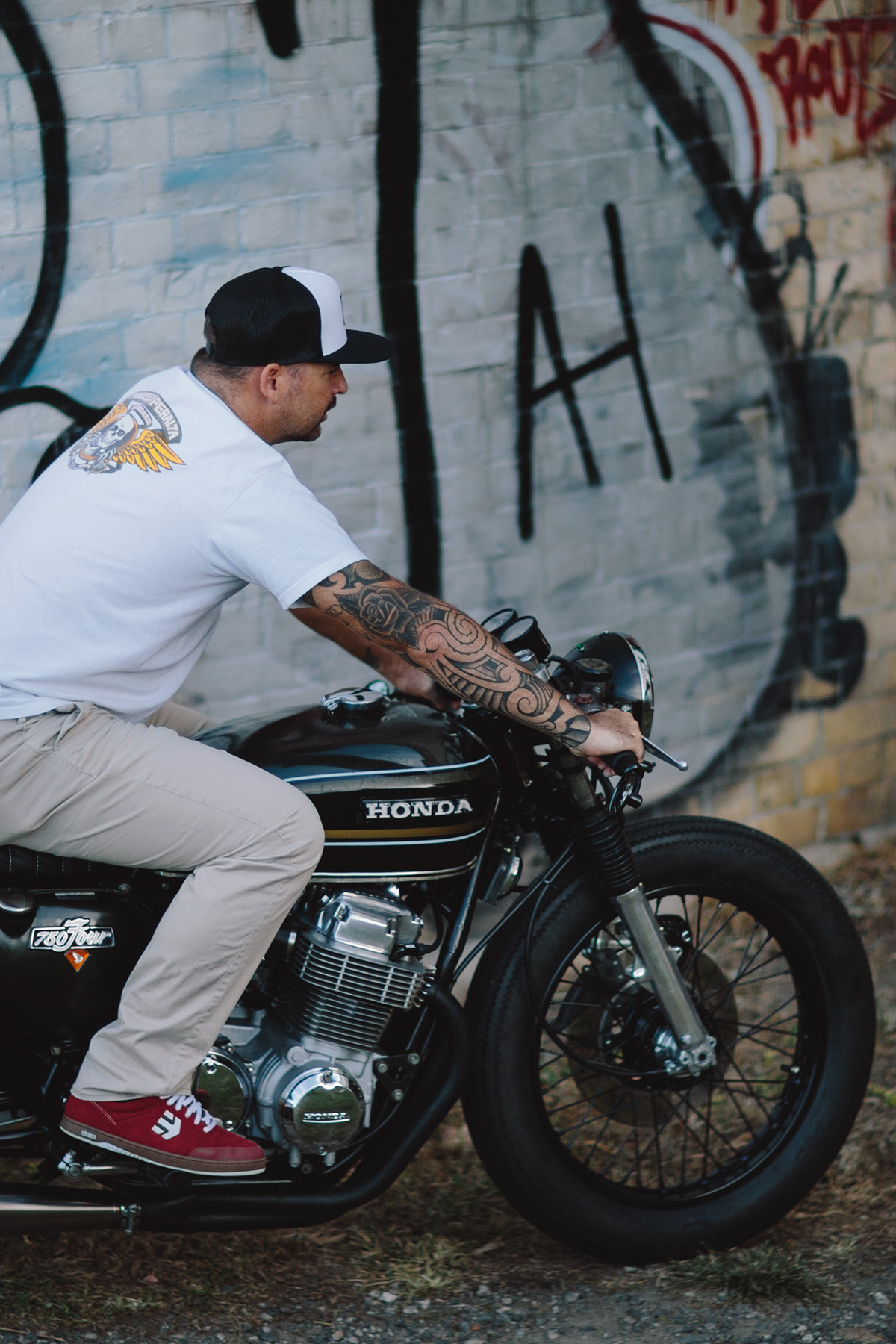 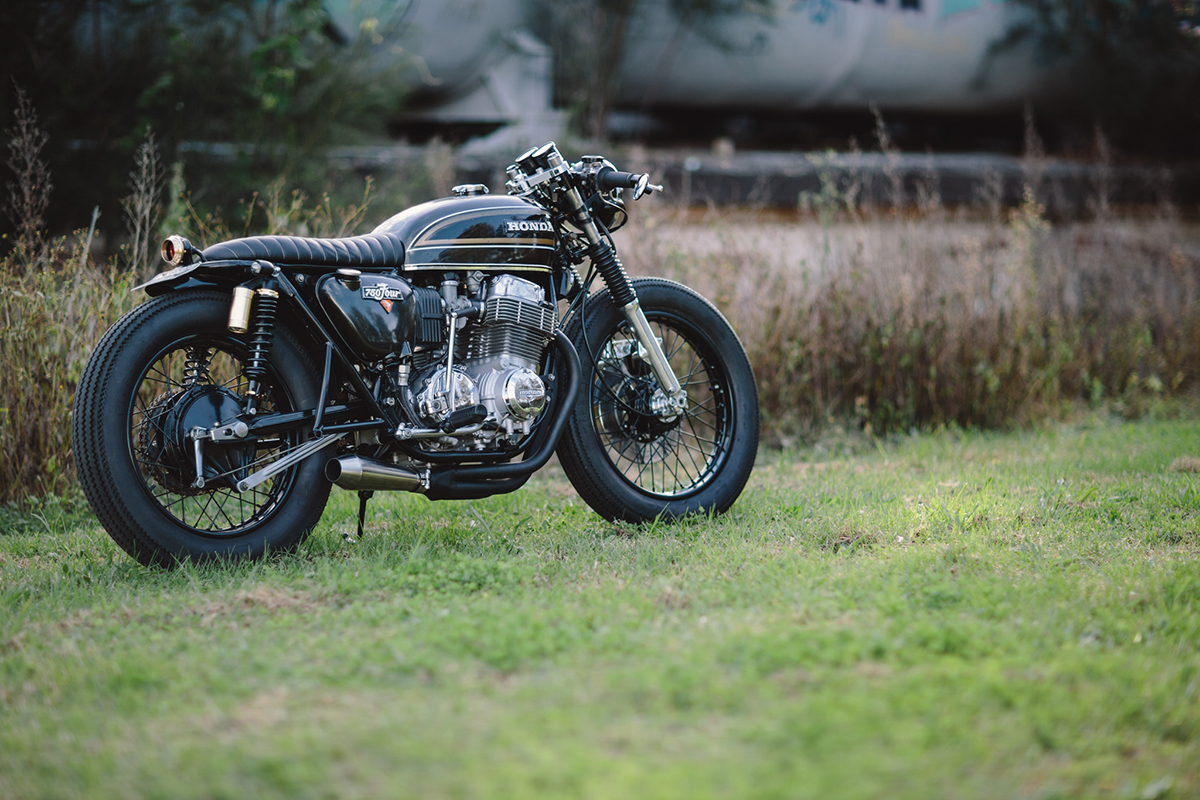 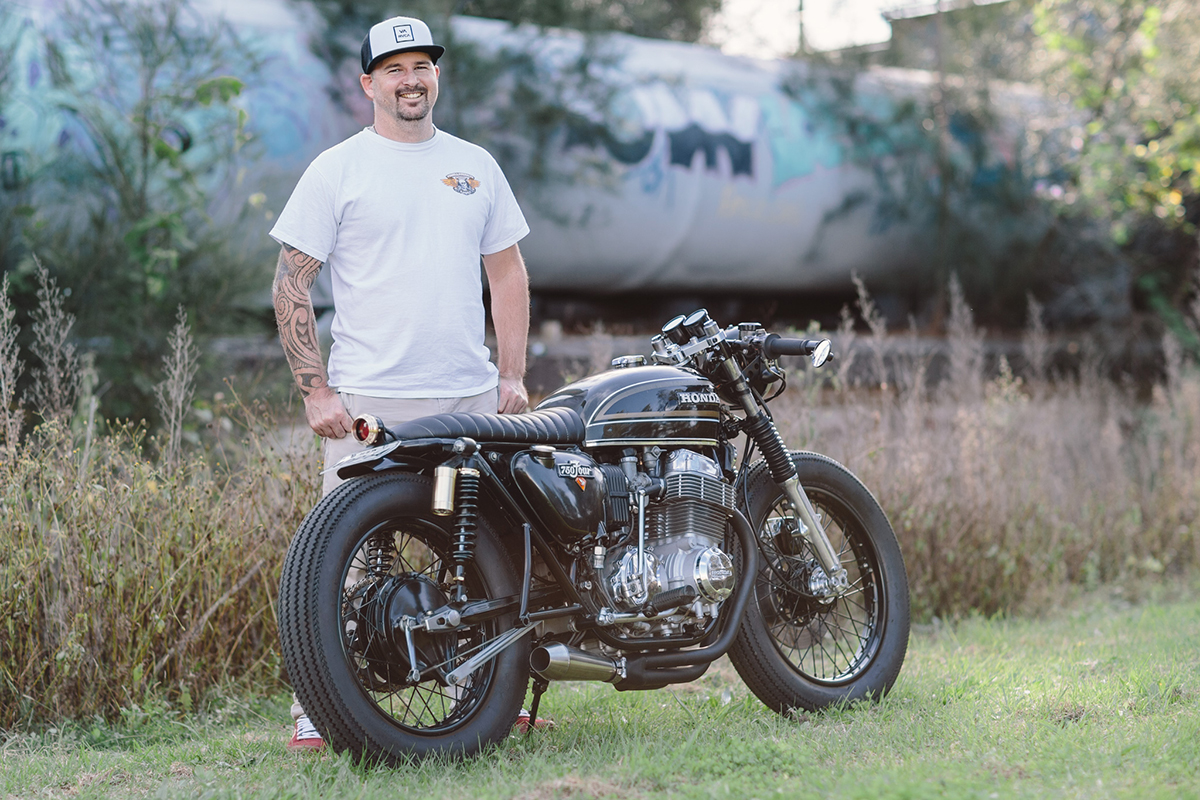 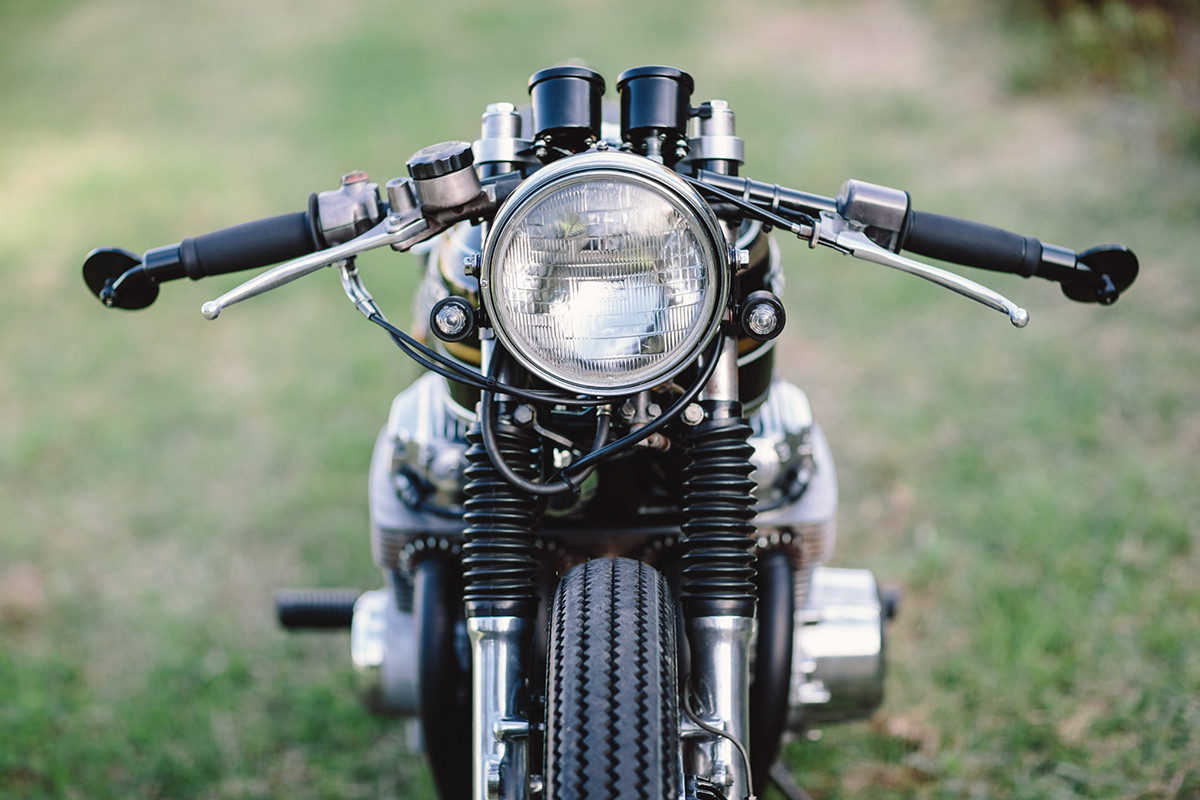 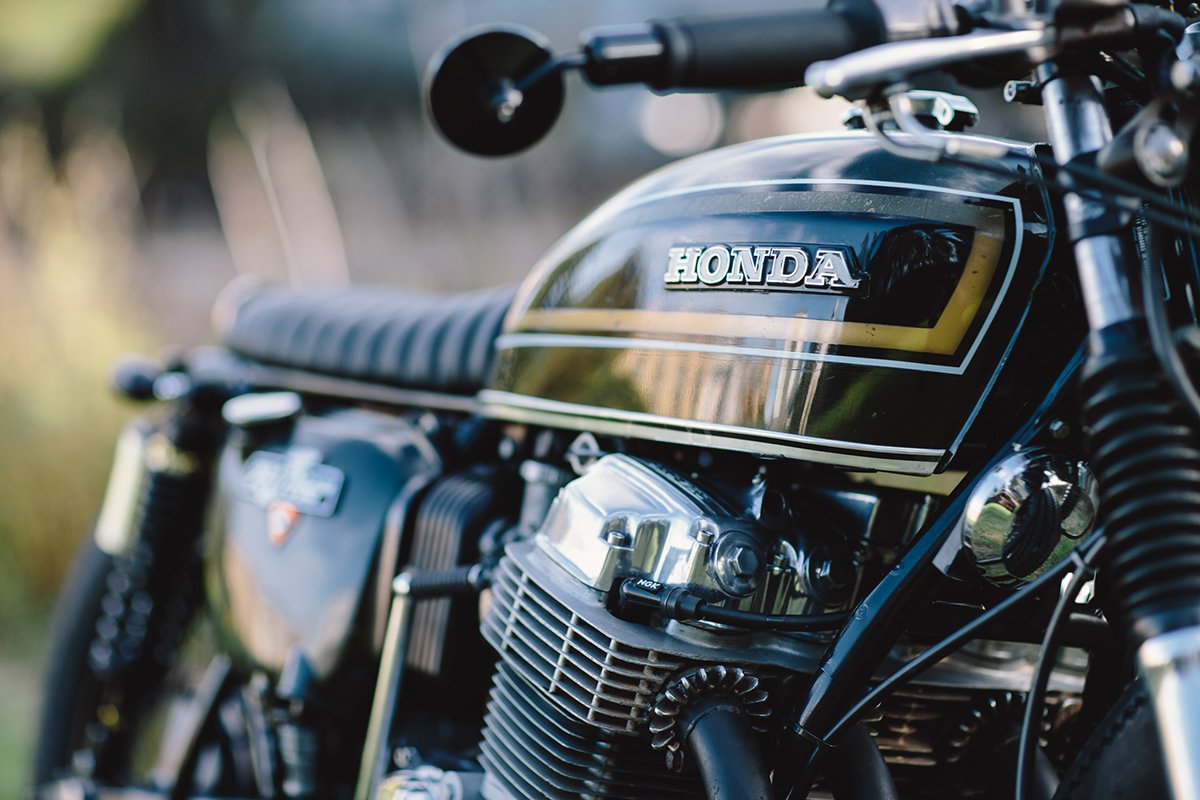 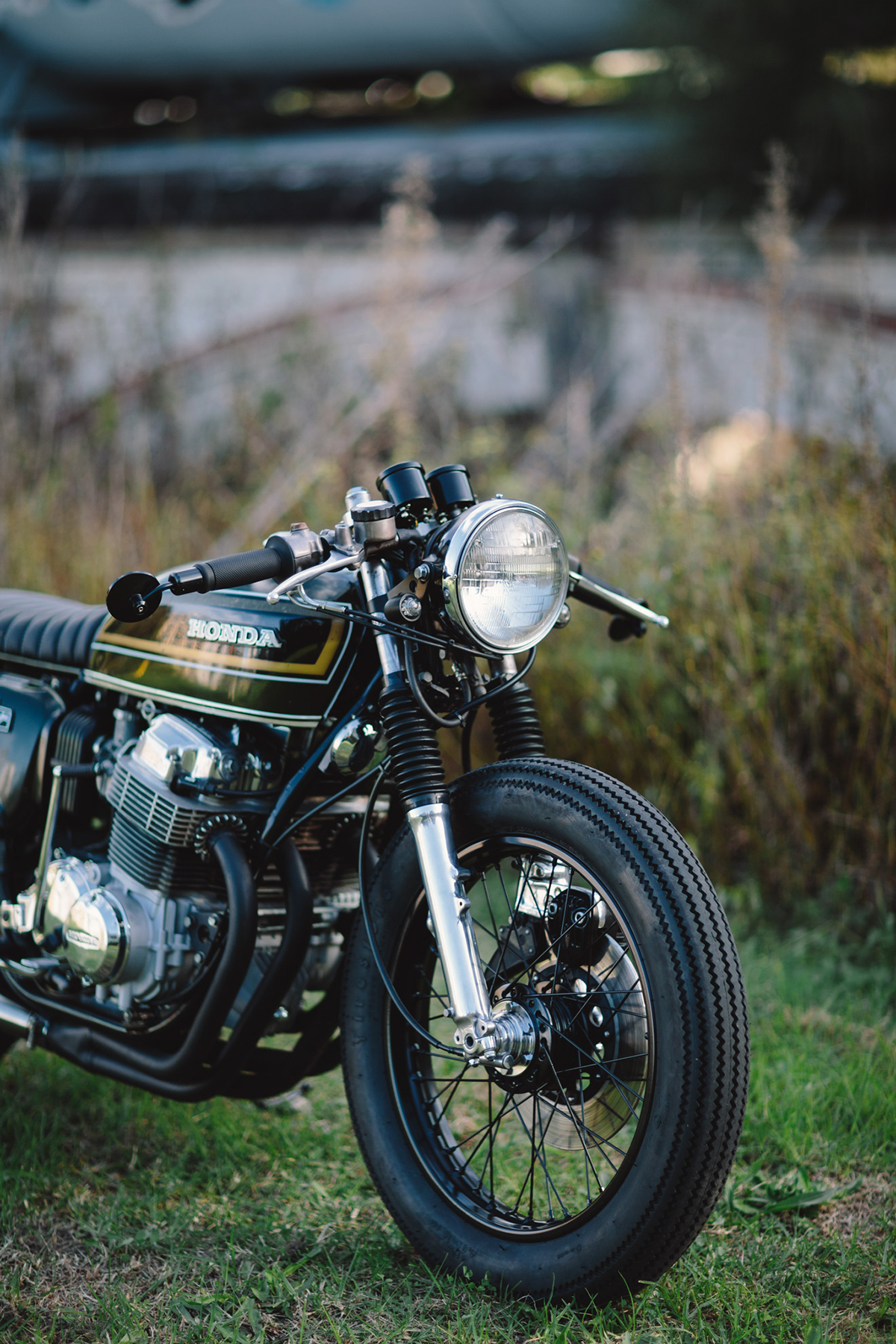 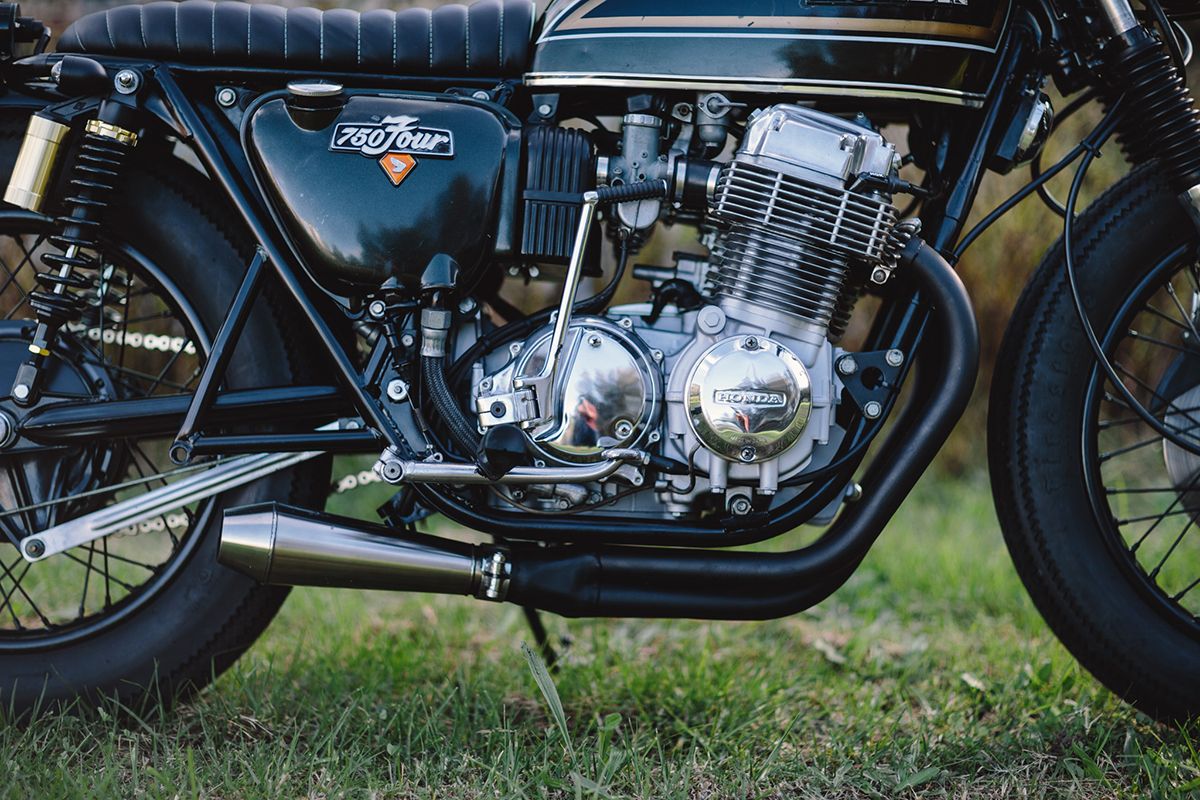 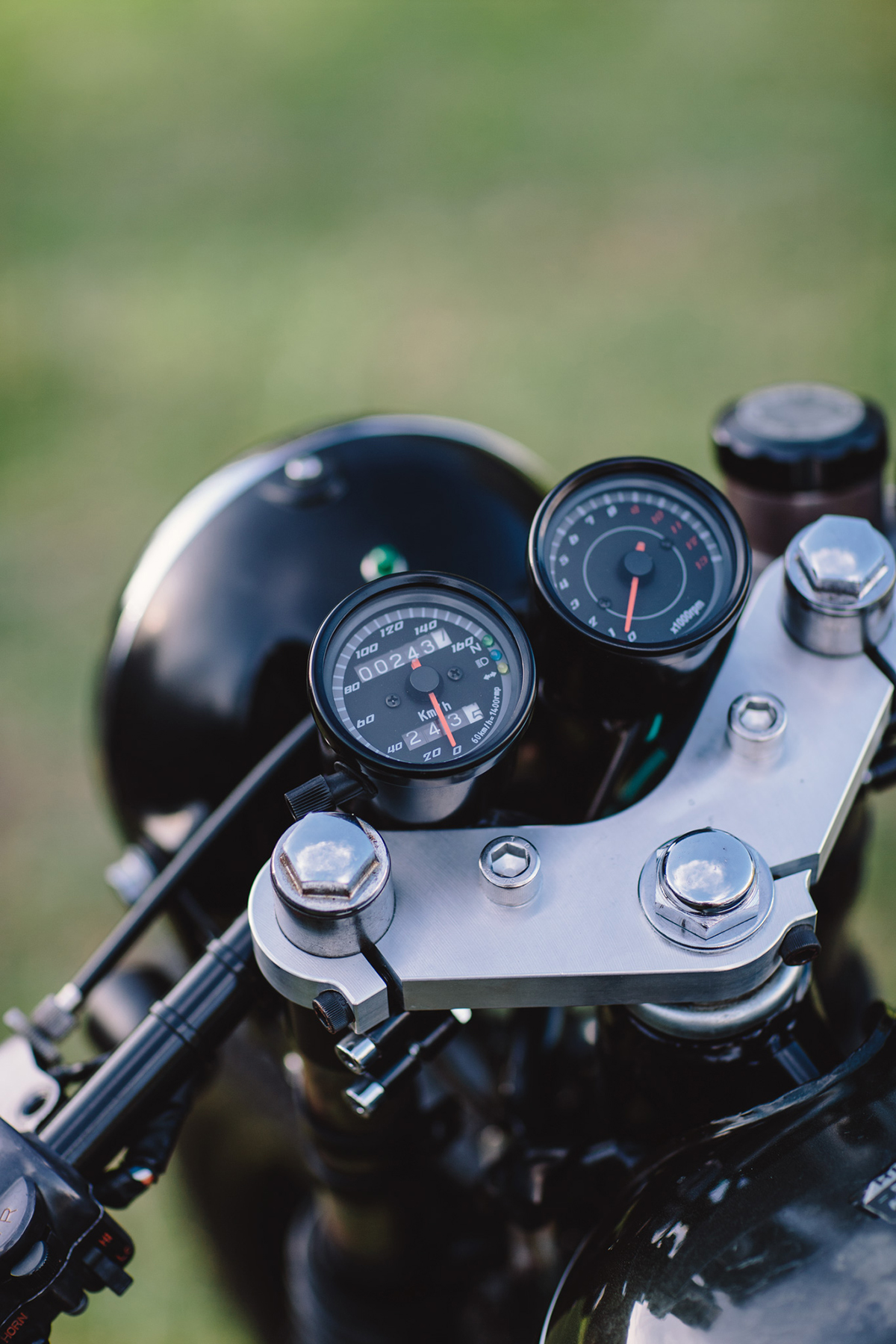 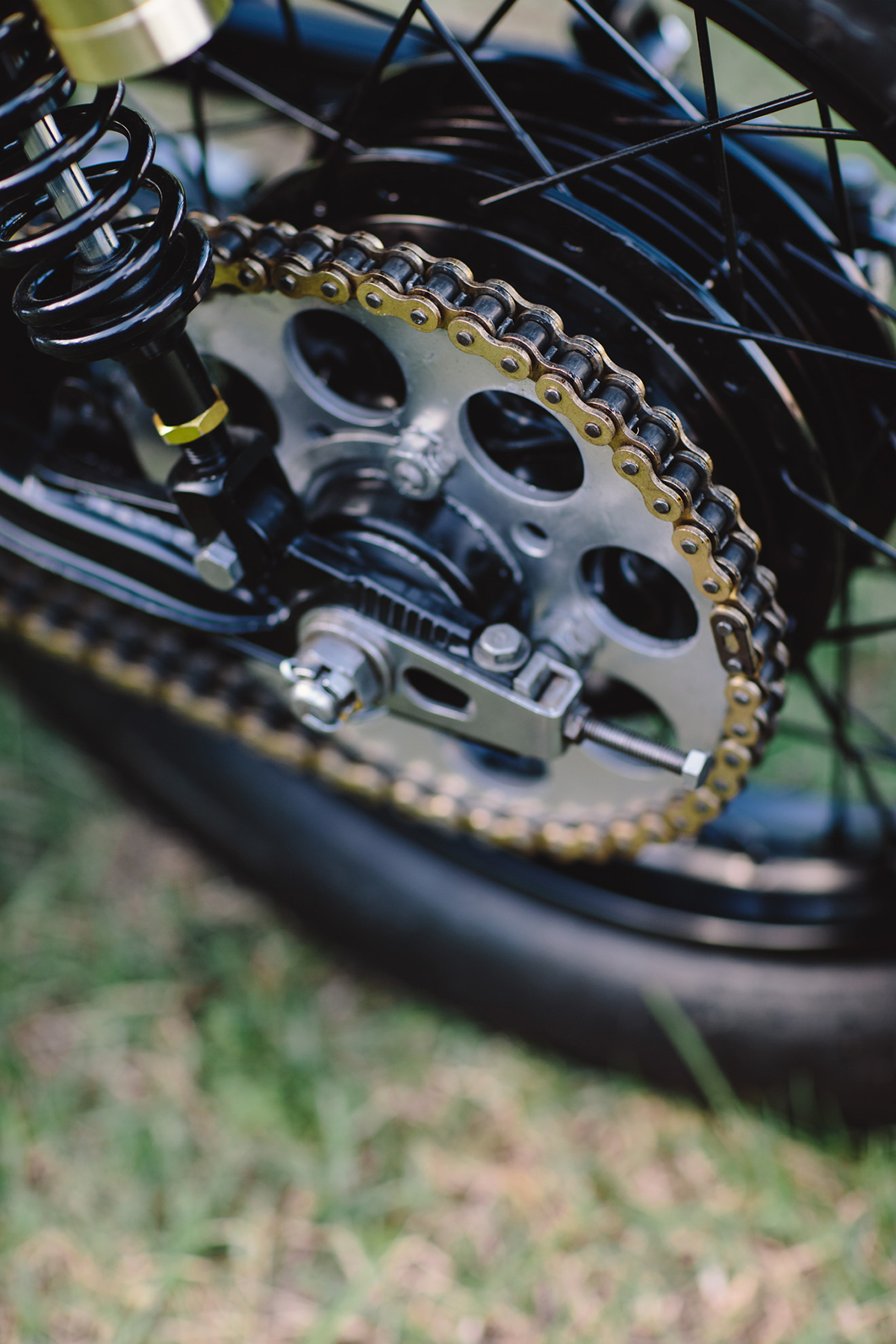 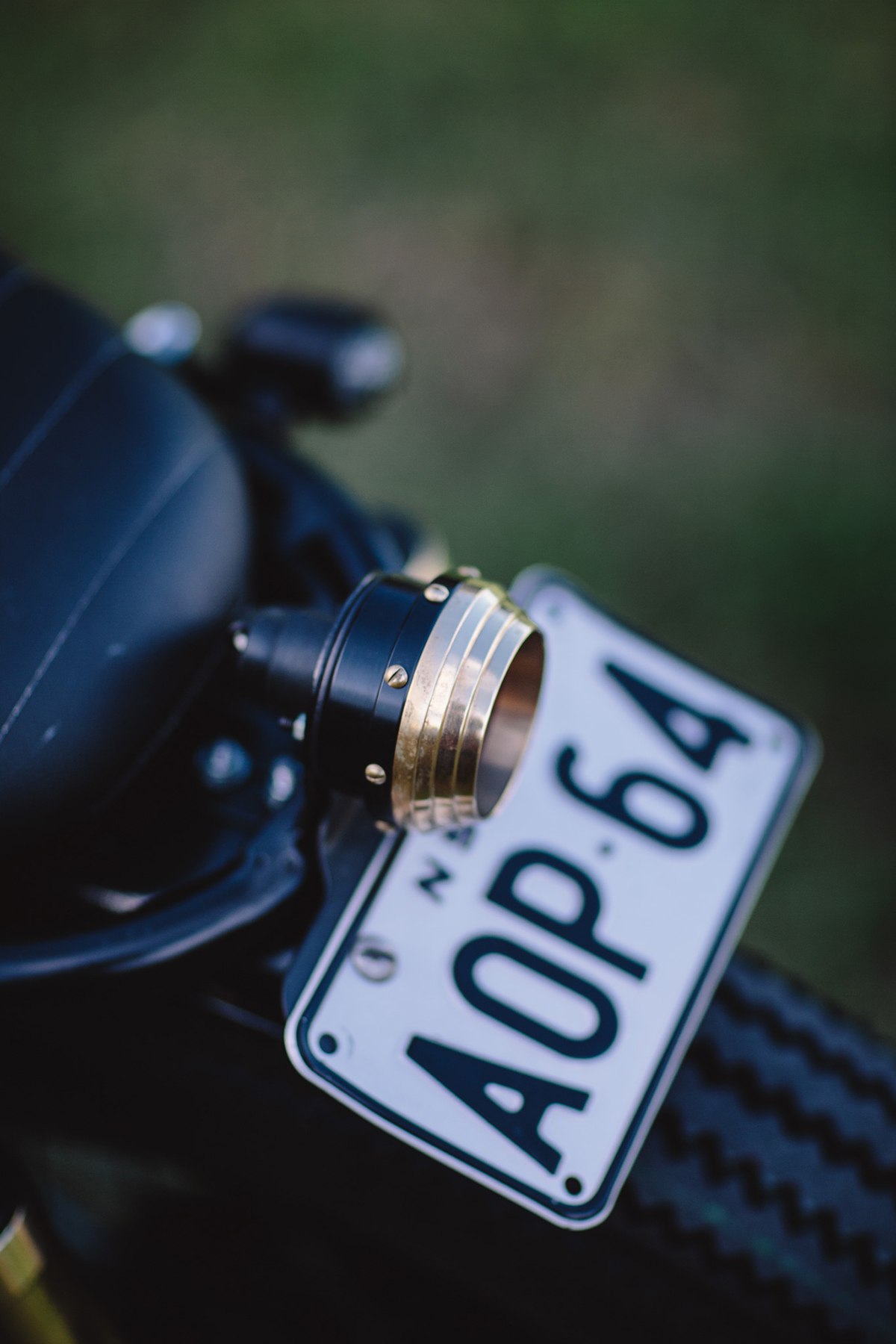 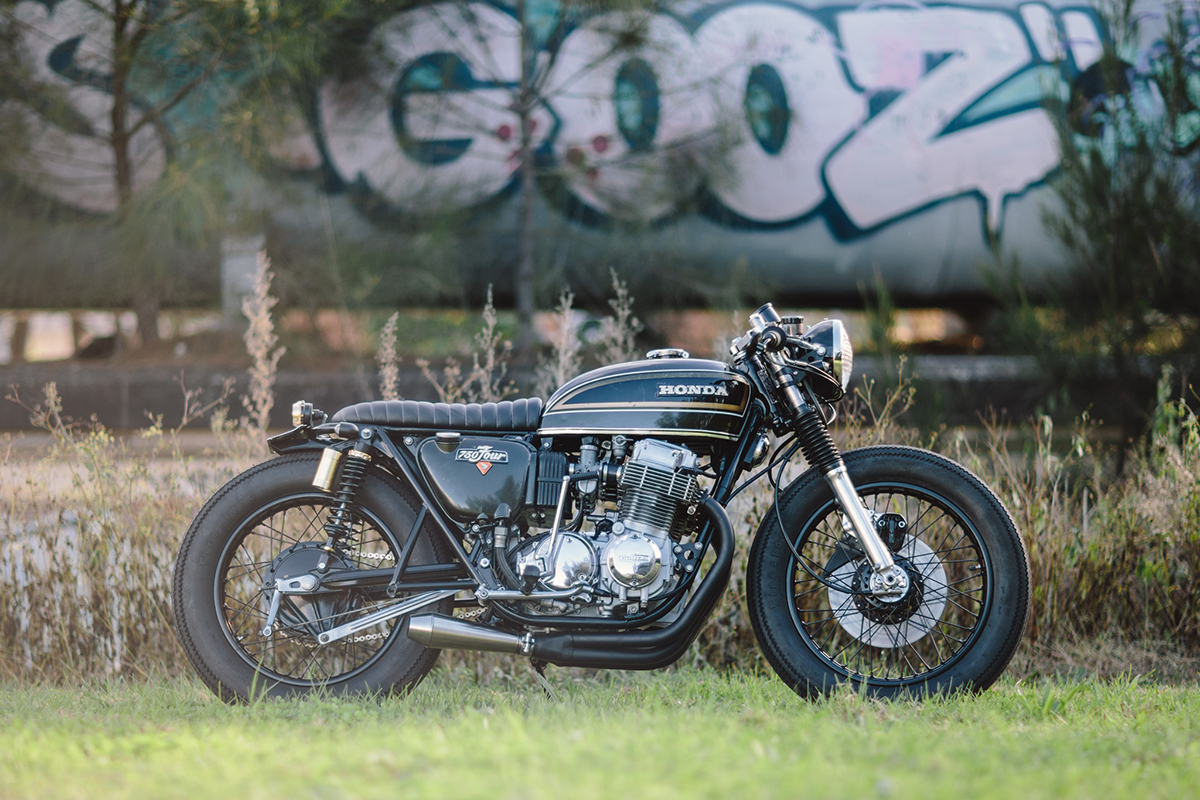 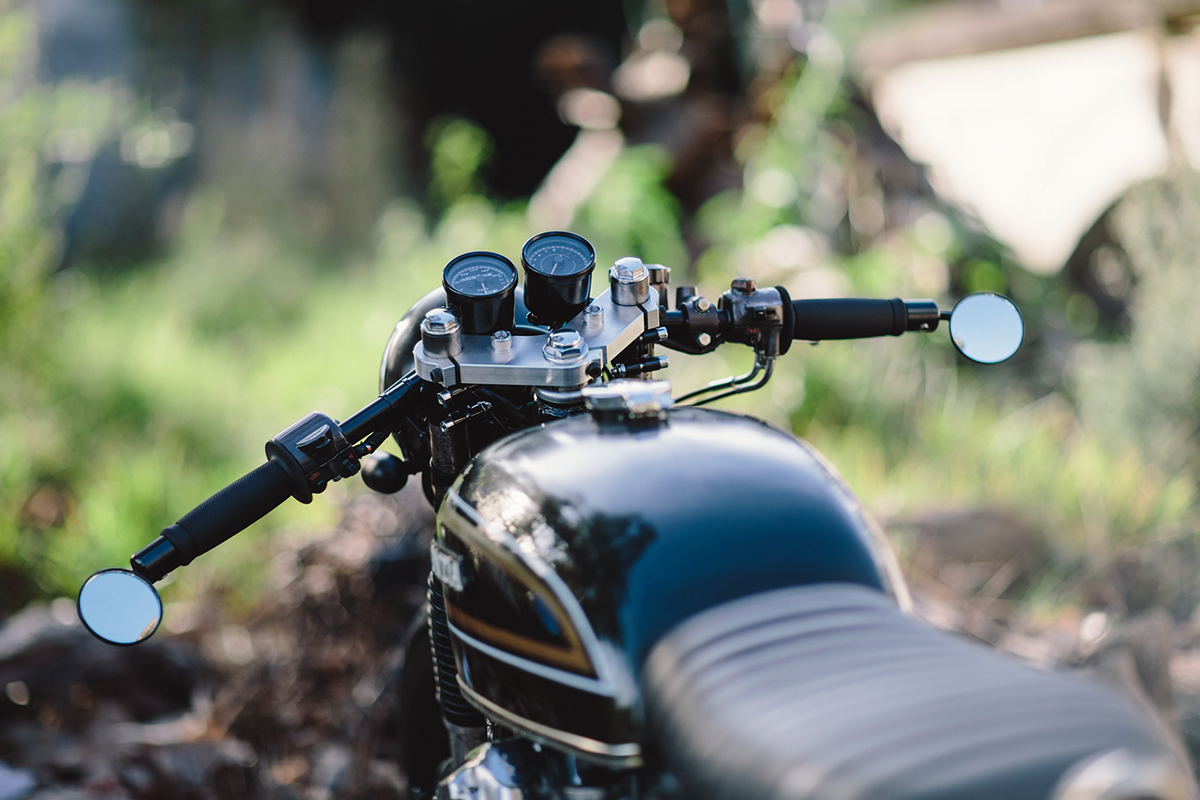 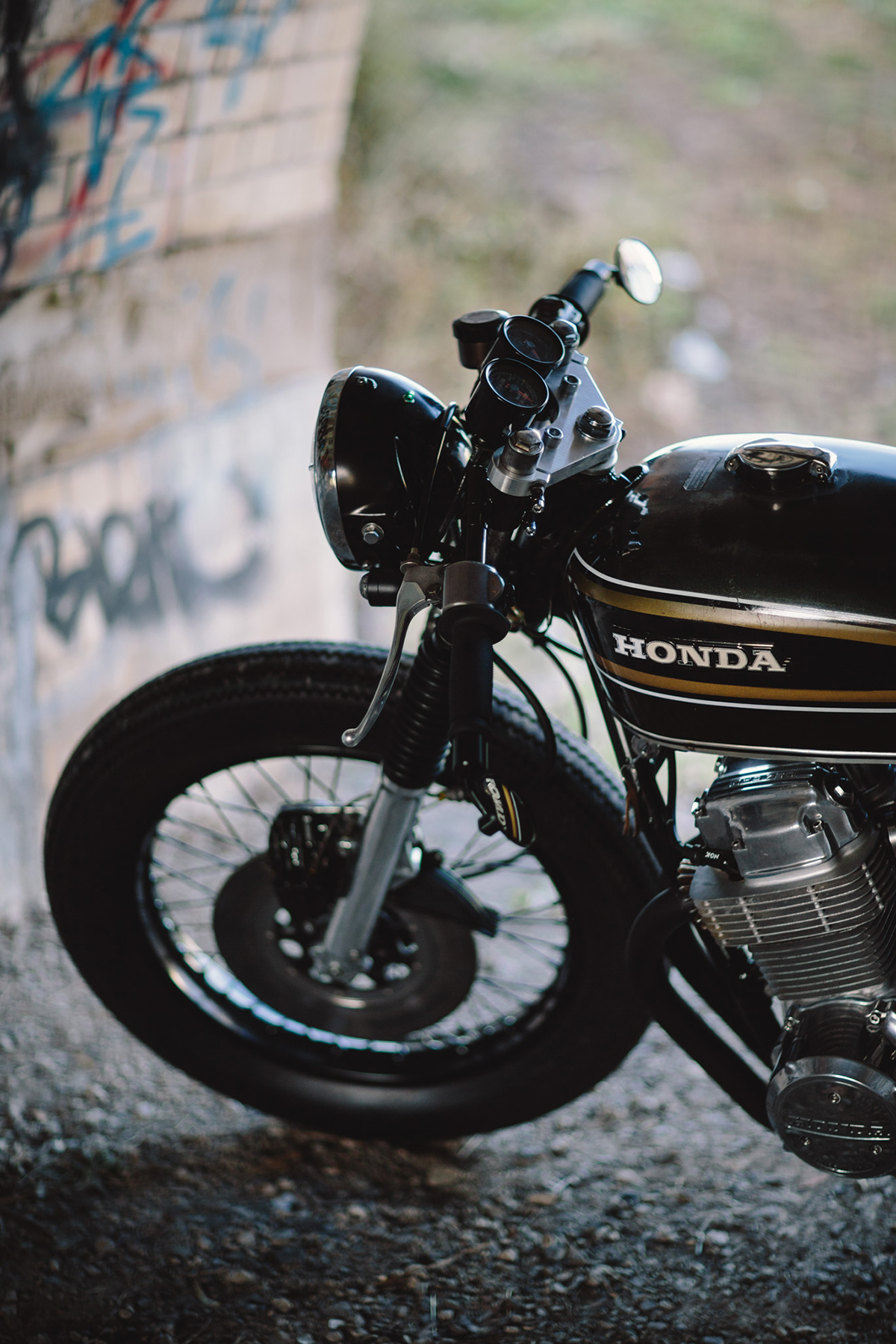 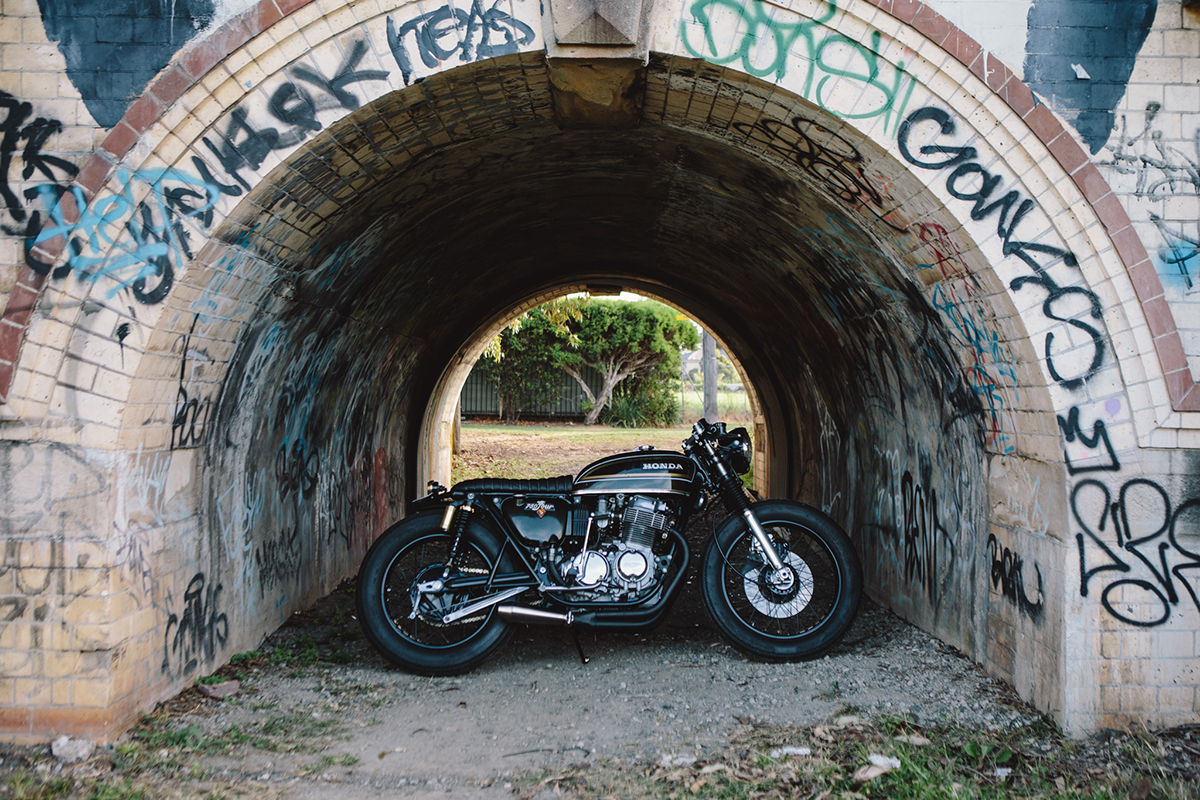