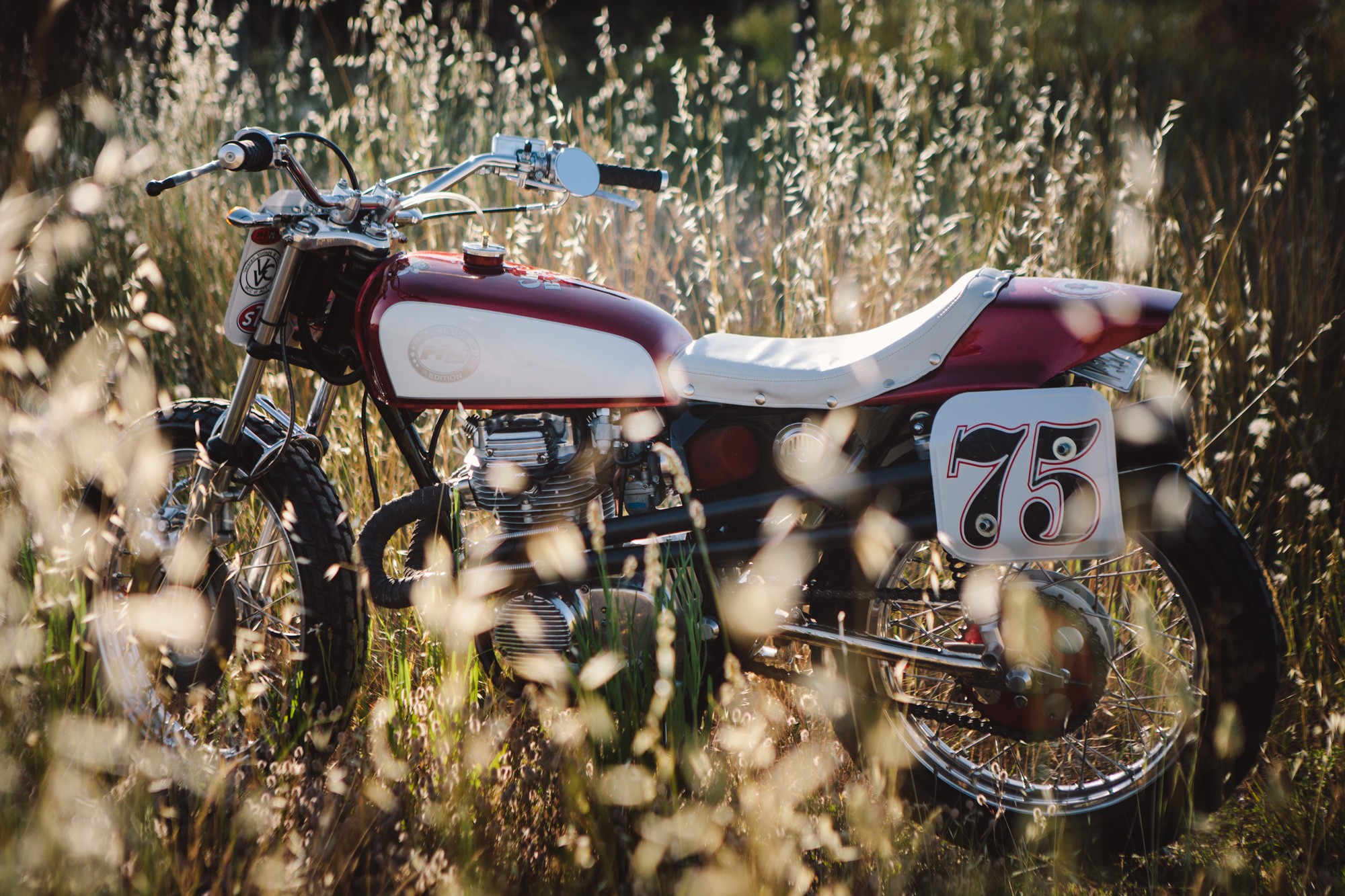 Simon took to riding as a young kid, armed with a little Deckson Grand Prix mini bike that his Dad and Brother helped put together. From here he started riding around Farrer and Mt Ginn speedway. Like most, Simon’s love for bikes was cemented after seeing ‘On any Sunday’ – He was hooked.

Throughout the 80’s, Simon worked as a Postie – spending his days buzzing around on the iconic red CT110 while using an old DT 175 to commute on. After test riding a mate’s Harley in 1995, Simon bought himself a 1994 Springer and started customizing it over the next 10 years. That Harley went on to win many awards and would certainly not be the last bike that Simon would make his own. 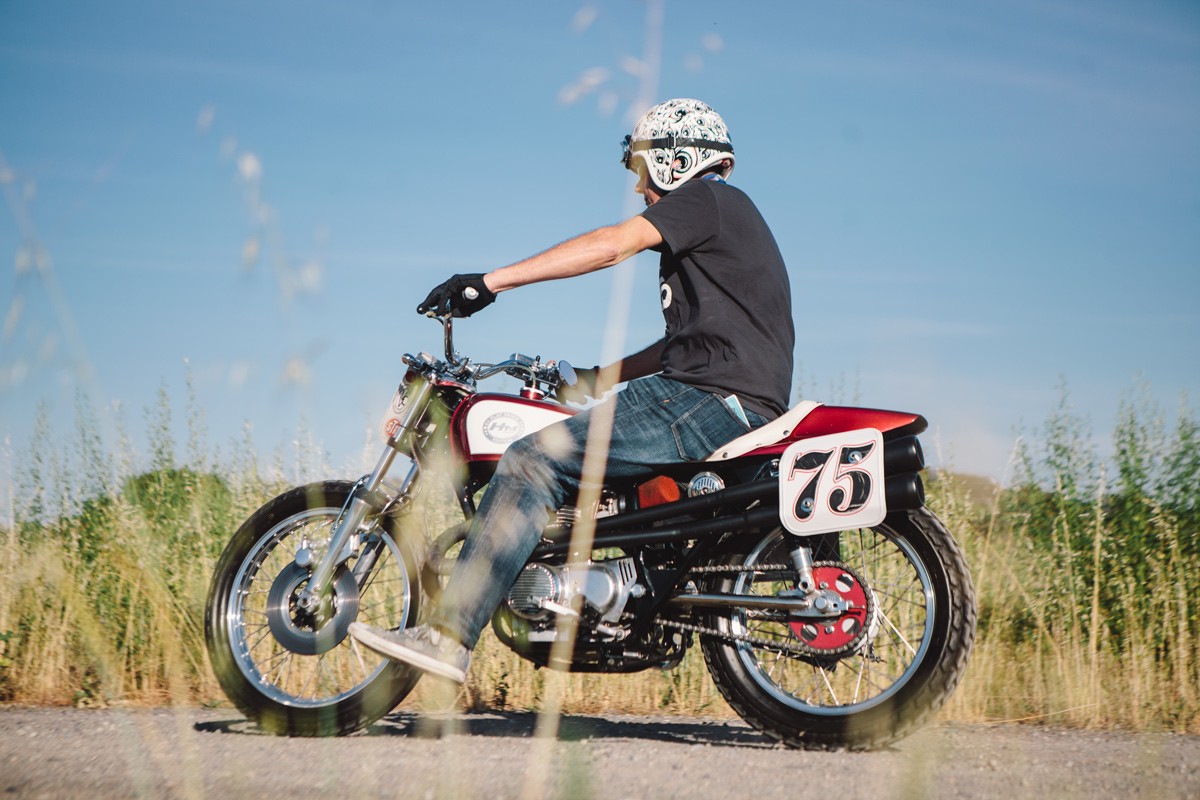 About 10 years ago, Simon came across an old Honda GB400. This GB400 sparked Simons interest in Café Racers and vintage bikes, so it didn’t take long for the Harley to go. After performing a few mods on the GB (and selling and buying it back) Simon really wanted something to sink his teeth into; a 1975 CB360 which ended up becoming what would be known as “Cherry Bomb”.

The inspiration for this project came after seeing Mark Brelesfords XR750 Flat Tracker in an old bike magazine. But it wasn’t the greatest of starts according to Simon, “So I was put onto it by a mate and found it sitting in a backyard in Narrabundah covered by a tarp. It was a shocker! We got it going but it needed an engine freshen up so after stripping the bike my dad and I put in new pistons and serviced the head.” 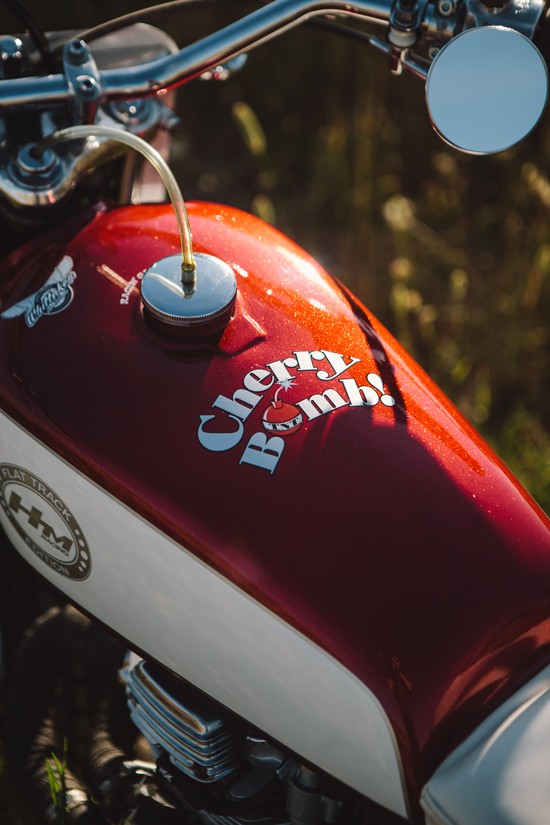 Not to be put off, Simon knew exactly what he wanted. With the picture of the XR750 in the back of his head he set to work modifying the CB, “I thought this would make a good replica as the tank on these is very similar in shape to the XRs. So I ordered a seat from England with a white cover instead of black and the idea to do a 2 tone red/white paint job. I knew I had to have those Dunlop K 180s too so I did a lot of measuring to make sure they’d fit. My mate Craig owns a sheet metal fabrication shop in Queanbeyan and let me use all the equipment and helped me with welding and showing me how it all worked. As I’d been popping in and making a few bits for my Harley.”

If you’ve seen any of Simon’s other bikes, you know he has a thing for detail. Nothing is ever glossed over or missed. For the CB, “Many modifications were done to try and make it authentic looking from changing the flip up gas cap to a screw in vented one, to making the exhaust together using some BUB Harley mufflers which were then ceramic coated. I made the number plates on a special machine to form the edges, made a light bar for the dash and a mount for the bolt on headlight, the tail light mount, the front fork brace, seat mounts etc. The wheels are old motocross rims from the wreckers polished and laced with stainless spokes, the rear swingarm was nickel plated too.” 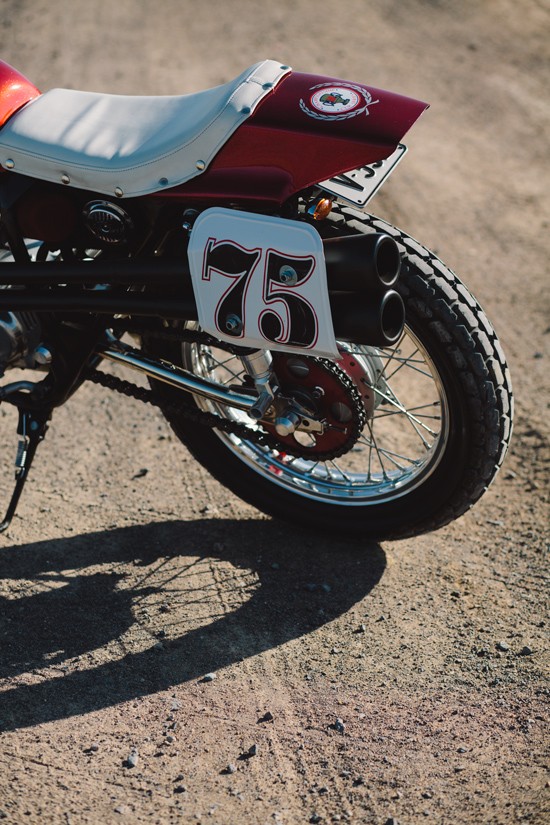 On talking to Simon you get the impression the CB360 has a special place in his garage. Being his first ground-up rebuild he tells us it turned out better than he thought and spurred him on to try his hand at other bikes.

“I like this one not because of one particular thing but the overall look and it’s here, saved from certain death because I saw a picture in a magazine and decided to have a go!” 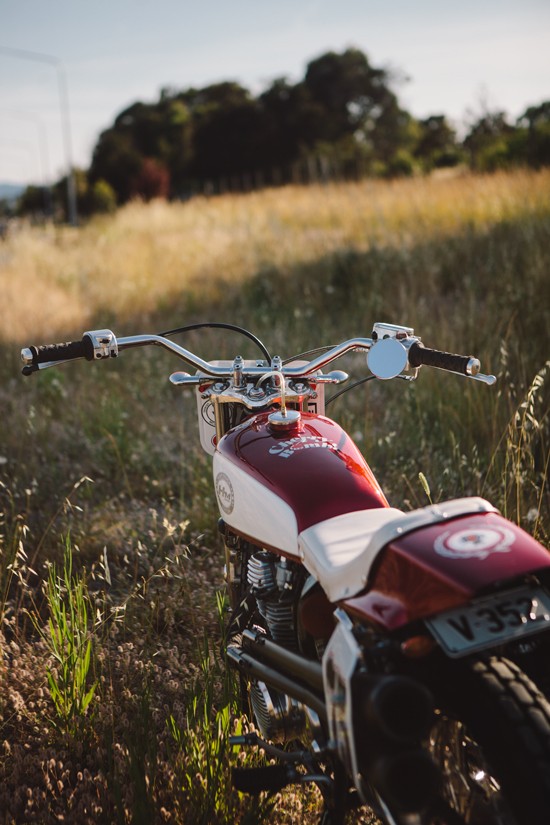 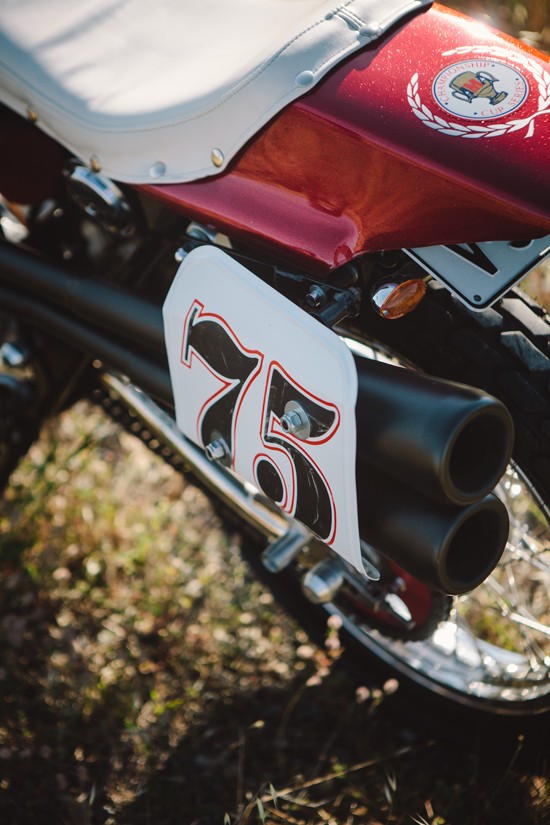 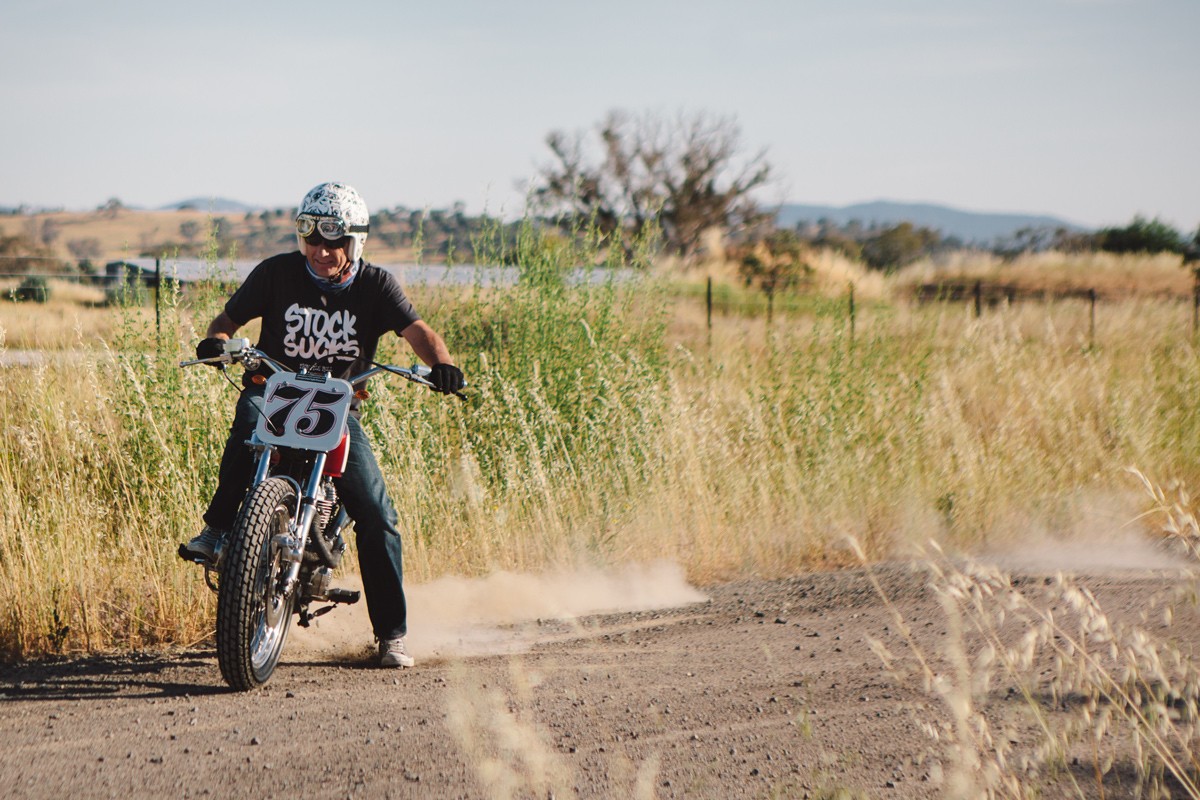 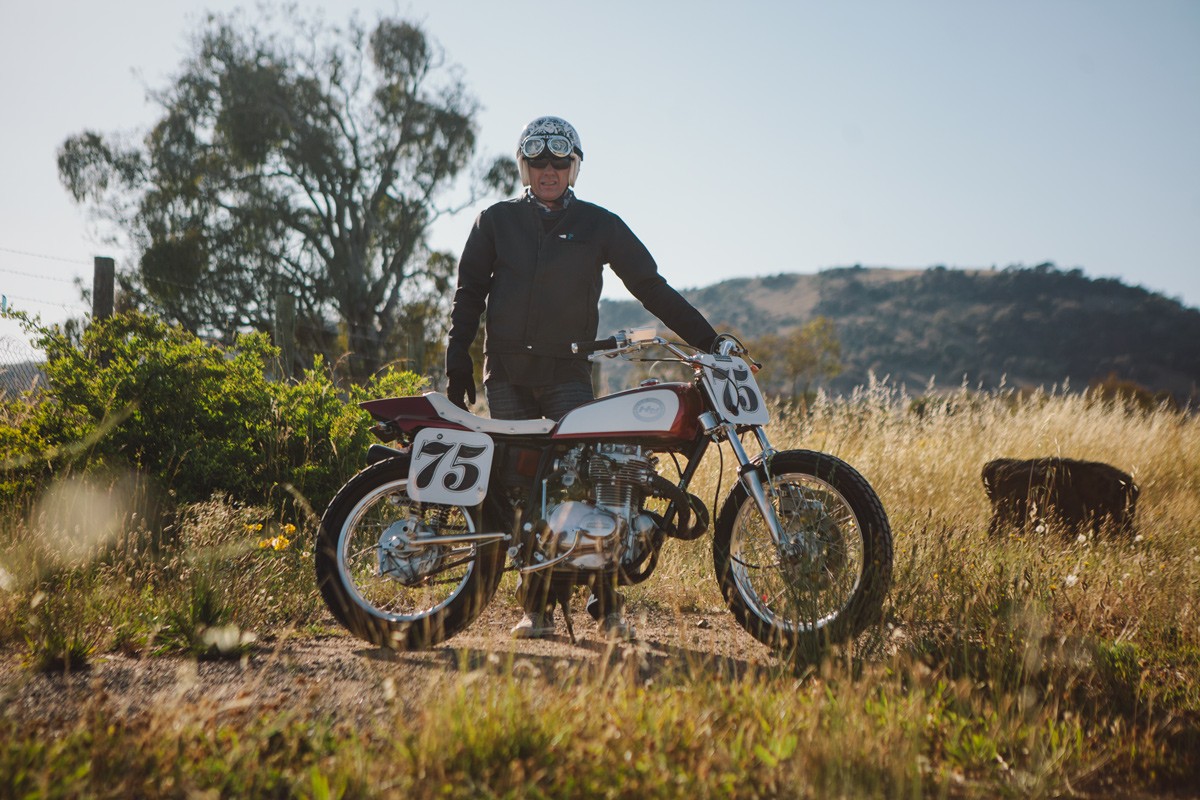 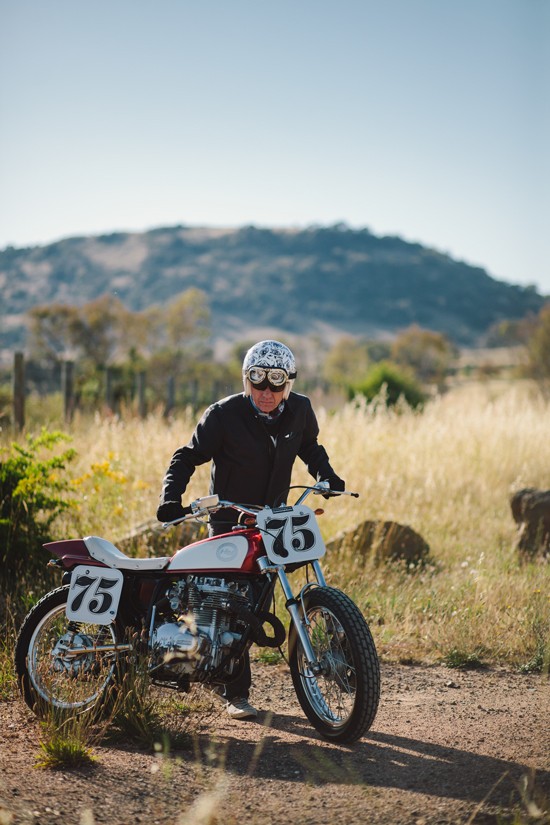 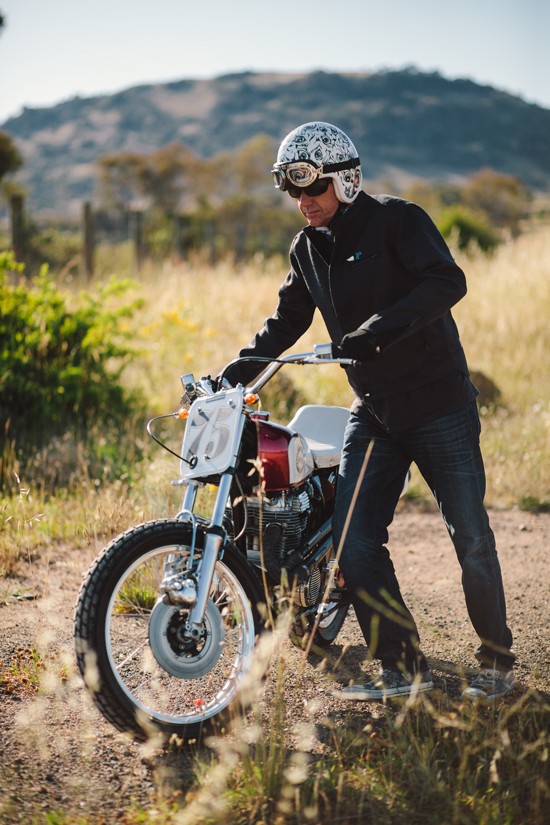 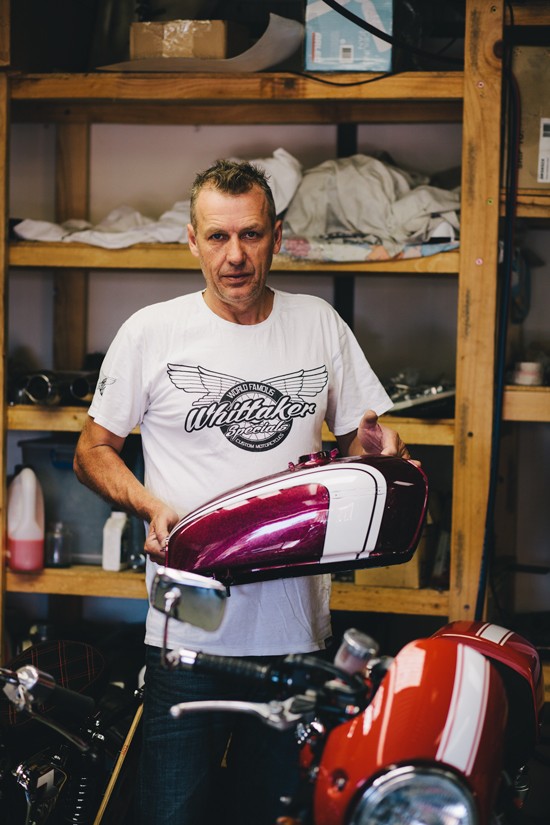 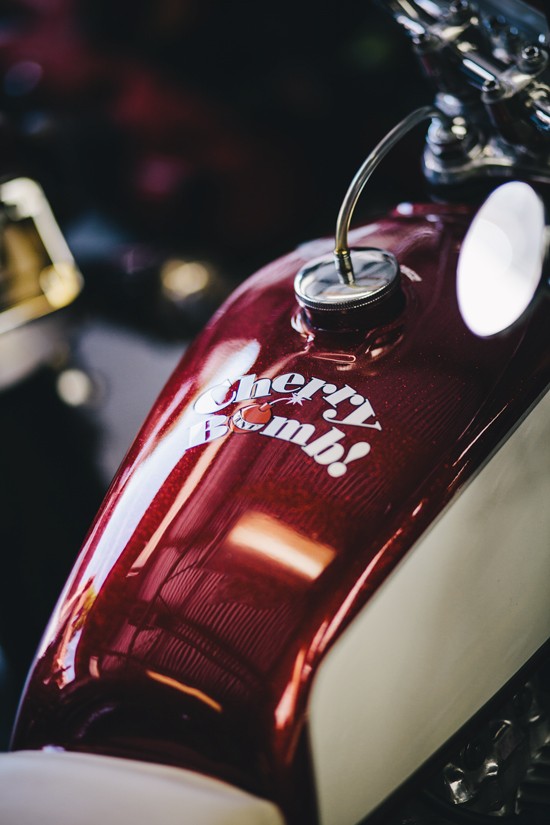