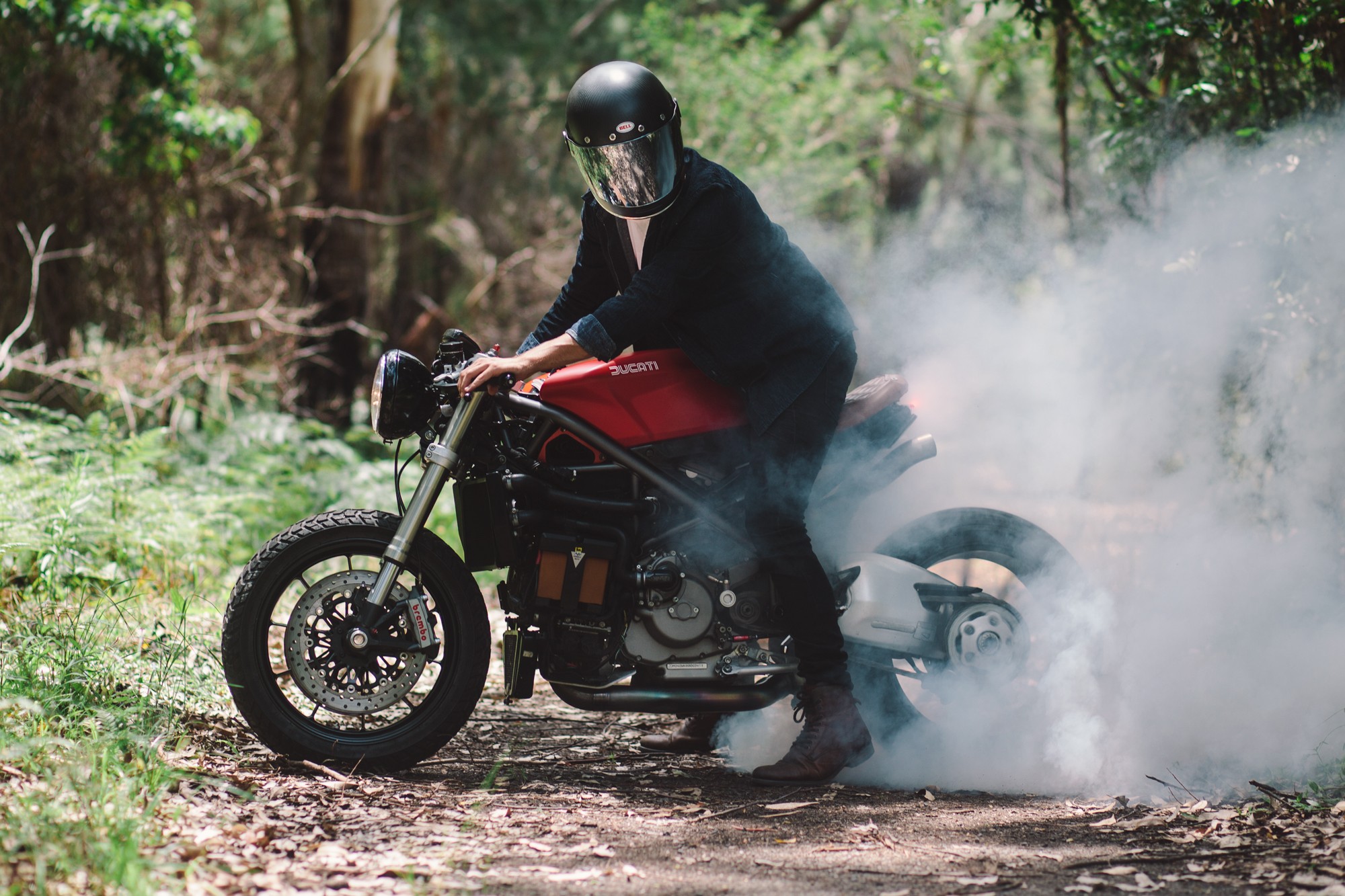 Casting its sleek Italian design aside – Nico’s Ducati 848, dubbed ‘The Beast’, is a raw and aggressive machine that has nothing to hide and everything to give. 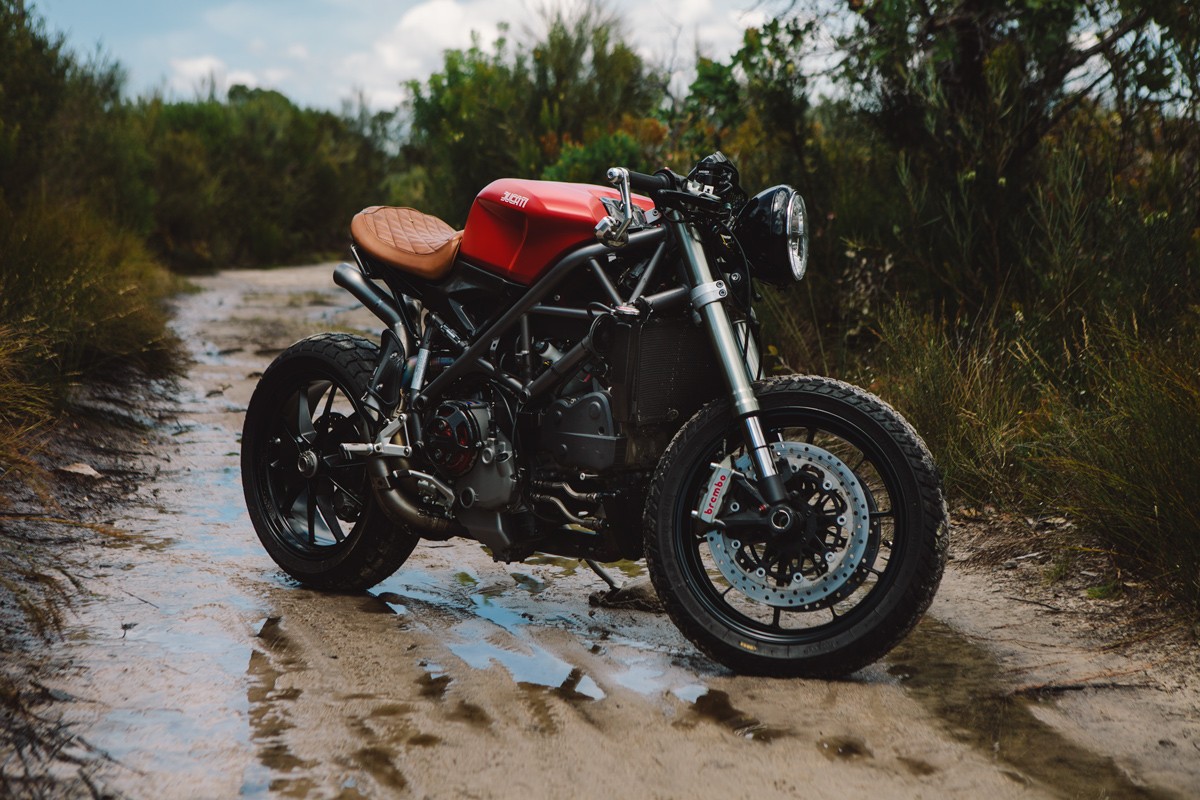 It all started for Nico back in 2010, after he made the decision to leave school and so he could get a start in the motorcycle industry. “I went out and got myself a bike and started searching for a job in the motorcycle world. At the time nobody in my family rode motorcycles, but for as long as I can remember whenever I saw or heard a bike hooning down the road I’d always have a smile on my face. Since then I have been lucky enough to work around multiple European motorcycle brands and have now found my place working amongst the one brand that really brings out the passion in me; Ducati.” 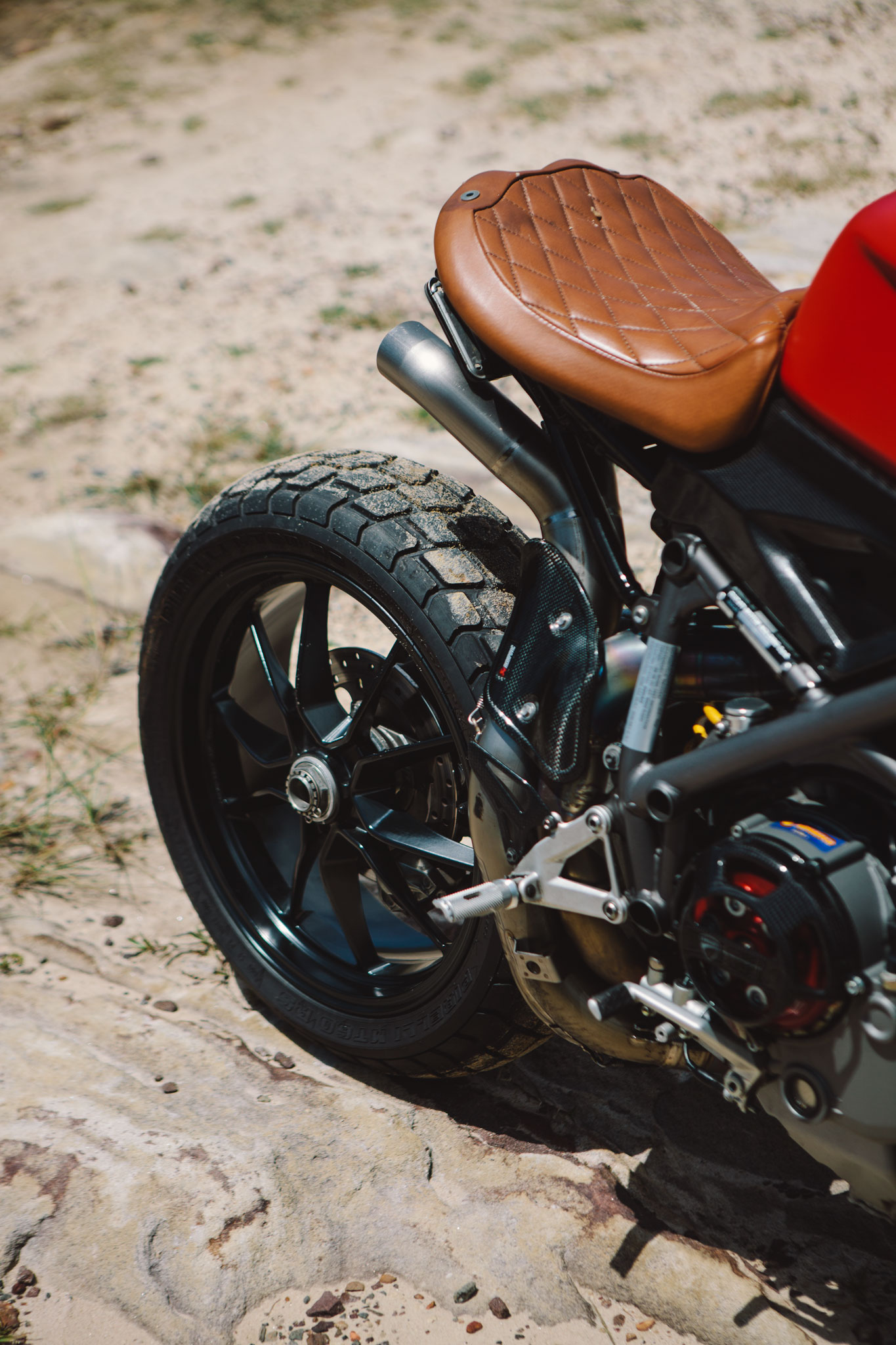 Nico’s current bike came into his possession from a close mate in 2015. The bike had just received a major service and was running fine enough to cut up the roads, but still needed a bit of cosmetic work. “As soon as it came into my possession, the gears started to turn and sure enough my vision for this bike started to take hold and form. Before I knew it the cutting disc was out and the bike was in a million pieces.” 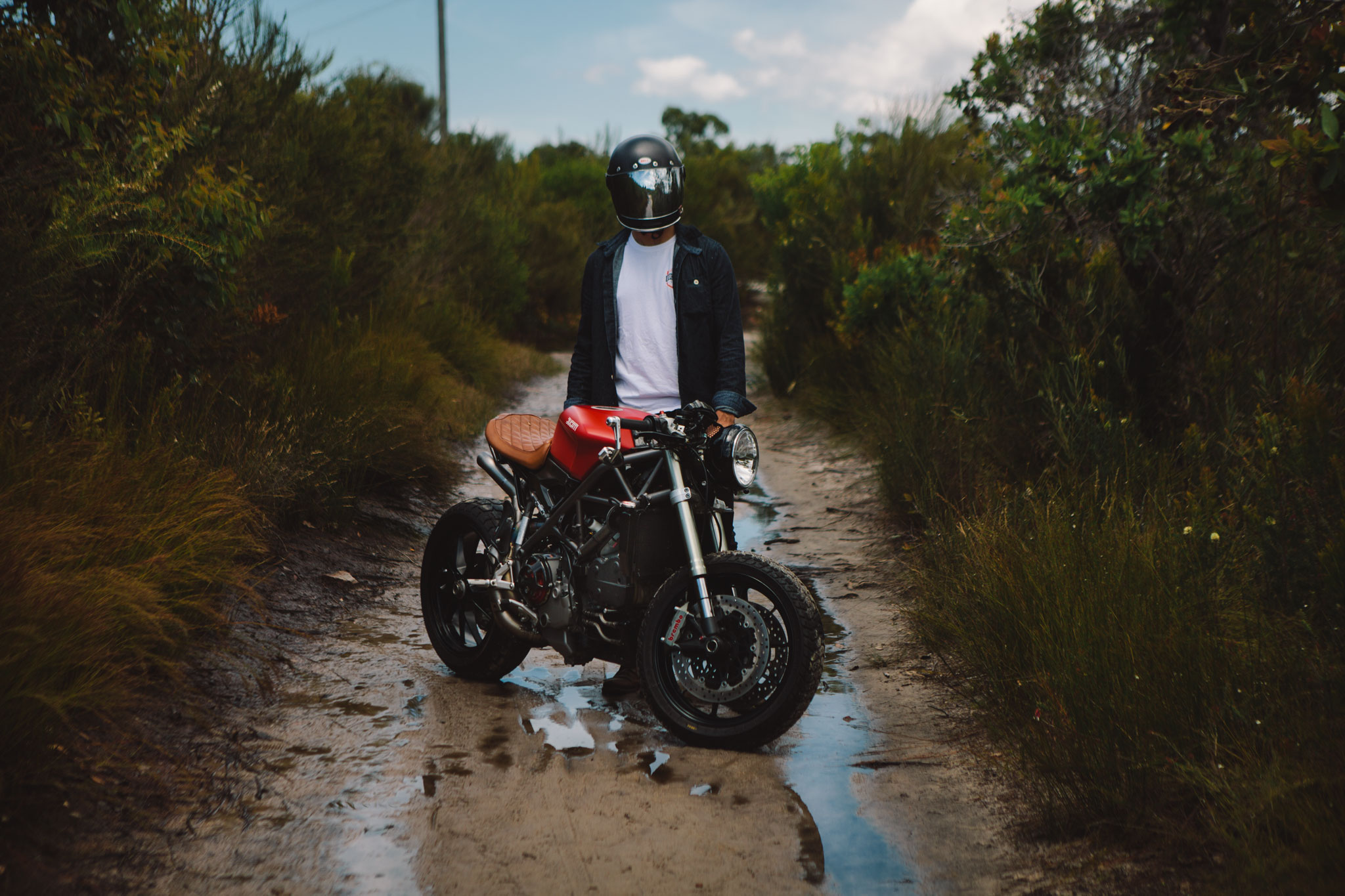 Having spent the better part of the past 3 years not just riding Ducati’s but also stripping them down to nothing and then putting them back together, this was Nico’s first actual custom build. “My bikes get ridden everywhere and anywhere, so it needs to be a jack of all trades. This started with being as light, narrow and snappy as possible to make commuting a breeze. Then came a serving of go fast goodies including a lightened flywheel, quick pull throttle, dry slipper clutch, full titanium exhaust and more aggressive gearing, this meant upgraded Brembo calipers and master cylinder were in order. Then all that was left to do was emphasize the bold lines that Ducati gave this bike when it was created, the short aggressive subframe and seat, Pirelli MT60RS tyres, aggressive bar position and a 7″ headlight to finish it off.” 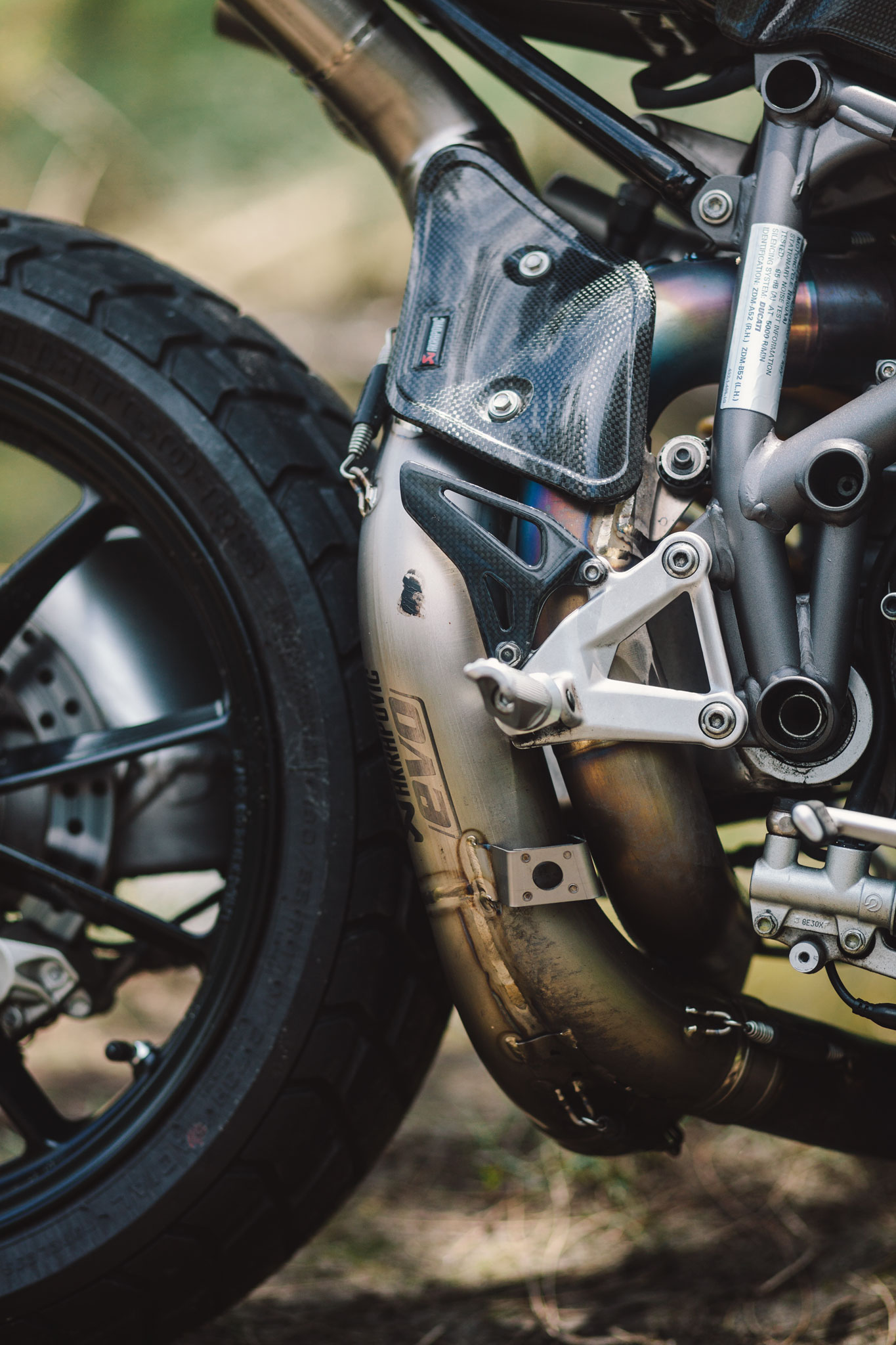 The rich Ducati satin red tank pops out beautifully in contrast to the tidy single tan leather seat. This is a custom machine that has shed its stylish fairings and Italian design beginnings in favour of a more honest and intimidating look. No changes were made that would hinder this bikes performance, and it’s still very much a crotch rocket. “As soon as you swing your leg over and hit the starter button, all the thought and work on the aesthetics goes out the window. First, second and third gear is spent trying to regain traction or facing skyward. That’s probably what my favourite part of the bike would be – the fact that no matter where I’m headed on it, I turn up with a grin on my face and my adrenaline pumping.” 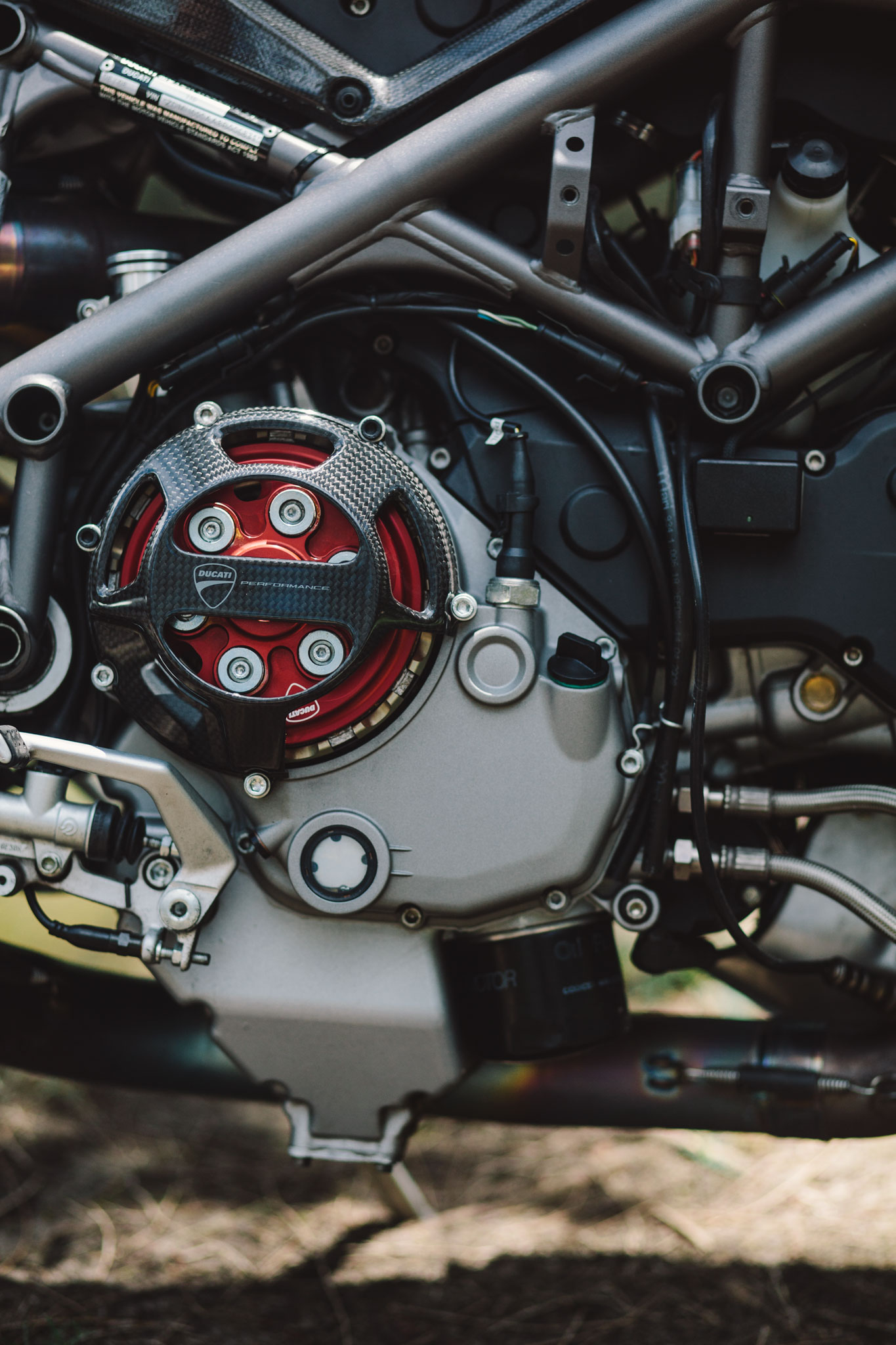 “My biggest challenge on this bike was the exhaust, I wanted to keep the look of just headers coming up under the seat but after riding it twice with just headers, dealing with lots of angry glares and a ringing ears for the next week, I knew that wasn’t an option.

Finally one night I came up with the idea I could fit a muffler style insert in the straight 70mm section of titanium running up next to my right leg, after an all nighter of fabricating, swearing and maybe a few beers the bike came down to a reasonable DB level that only occasionally sets of car alarms!” 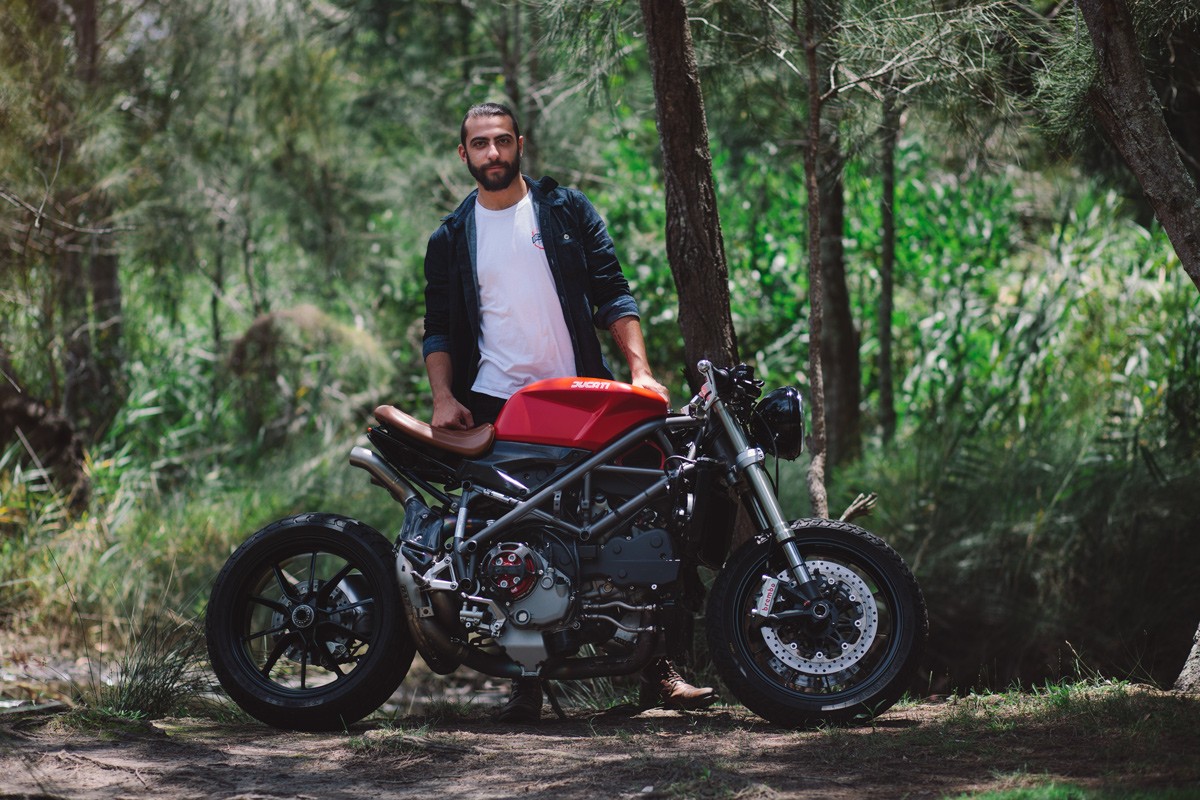