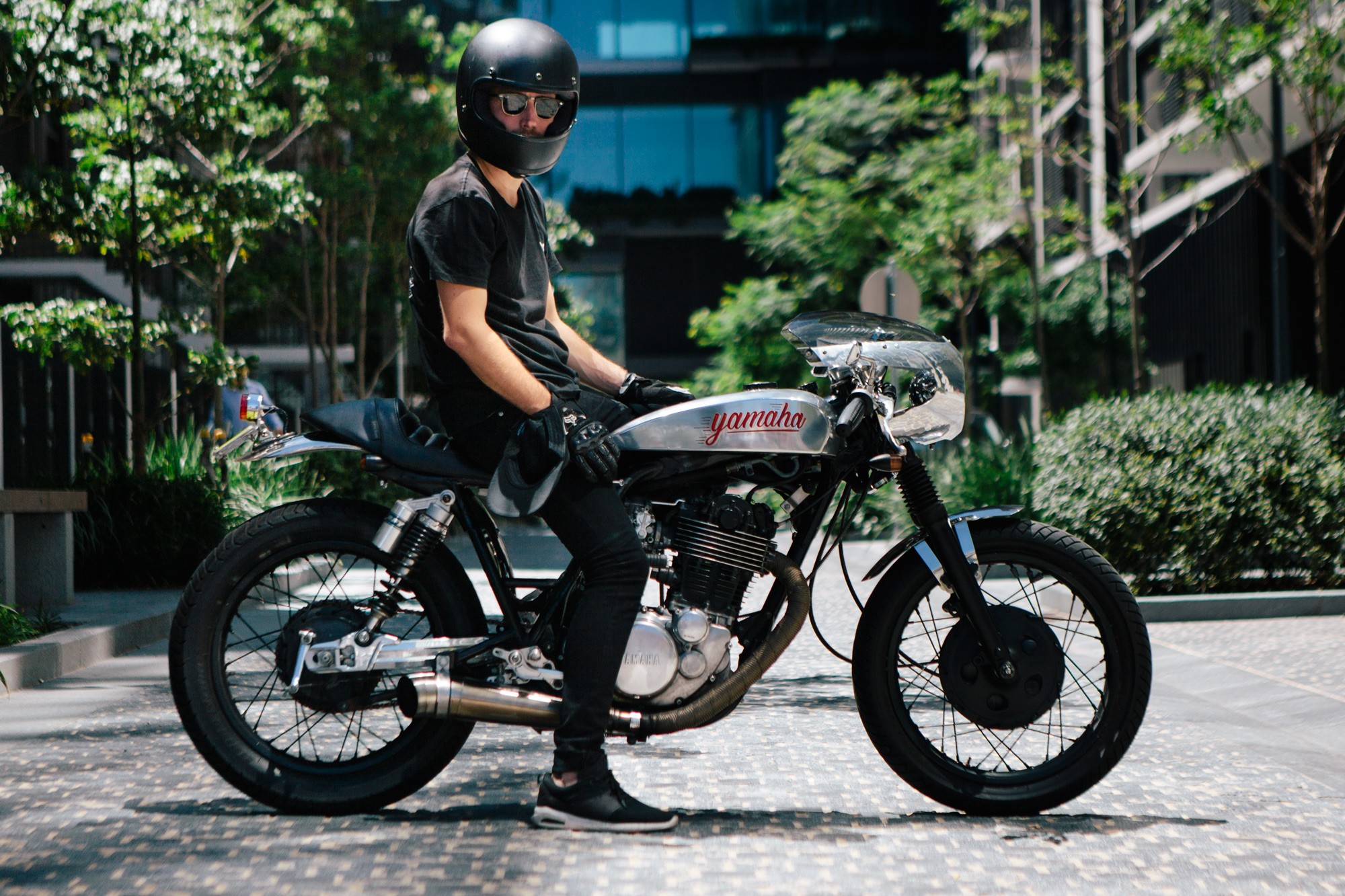 Bored of his first learner bike, Pat wanted something that fit the old school café racer bill – something that boasted a sleek and stripped back look. Sure enough this SR400 would fit the bill perfectly.

Motorcycles had a presence in Pat’s life from early on, starting in a more unique way than most. “My mum was also one of the ‘moles’ in the 1974 Ozploitation biker film ‘Stone’ – she also did some costume design for the movie. I basically grew up on that VHS tape, though obviously mum would fast forward the titty scenes. I remember growing up my mum had a boyfriend with a 1984 Harley Davidson Heritage Softail, he dropped me off to high school once and for that single day, I was the coolest kid in school.” 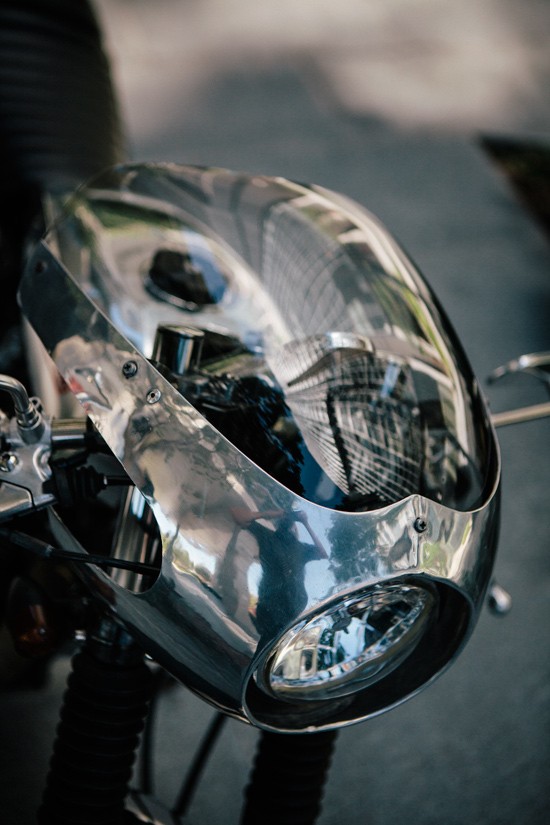 These early memories of bikes would eventuate in Pat getting his licence after a bit of convincing from his older brother, who had passed down his Honda VTR250 for Pat to learn on. Soon enough it’d be time for an upgrade however. “I was getting bored of my bog stock VTR250 and really wanted to get myself a beautiful old school cafe racer, I didn’t have the expertise or the know how to start from the base up but I also didn’t want to purchase a pre-built bike, I scoured through Gumtree, eBay, Facebook & Bikesales until I found this beautiful half-done 1988 SR400 on eBay. It came with the tank and the swing arm already done but needed lots of love.

Nick Blaxell from Addiction Customs in Manly helped me fit a whole bunch of stuff that I bought for the bike. Nick welded some tabs onto the rear frame so we could attach the rear fender, we also fit new clip ons, hand controls, custom mount for the Acewell speedo, brackets for the front fairing, Nitrohead seat, Posh indicators and Daytona numberplate mount and rear brake light. A big shout out to Will Lynes from Lynes & Co for the amazing sign writing skills on the tank.” 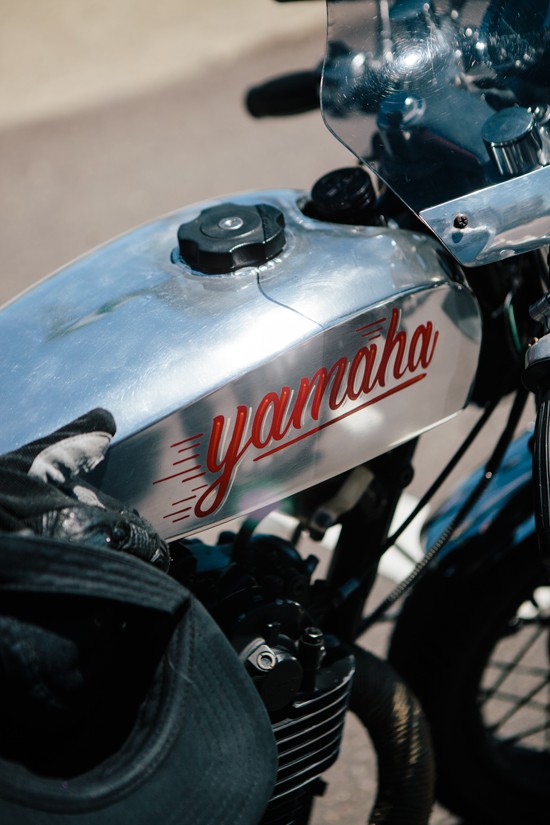 This SR400 is super slim, with a sharp profile from the sleek tank. It’s a bike that can cut through traffic like a chainsaw through butter. The exhaust pumps out the quintessential SR thump that echoes through the street, this is a true café racer build that will catch eyes with its elegant simplicity that it shows off so well.

“I love how stripped back and bare this bike is, I love that it is kick start only – there’s something about kicking a bike to life that is really gratifying. I love that it is super slim and the clip-ons sit below most cars side mirrors so I can filter through the tightest spaces. I have had young dudes froth over the bike, but equally lots of older legends will come up and have a sticky-beak. Fun for the whole family!” 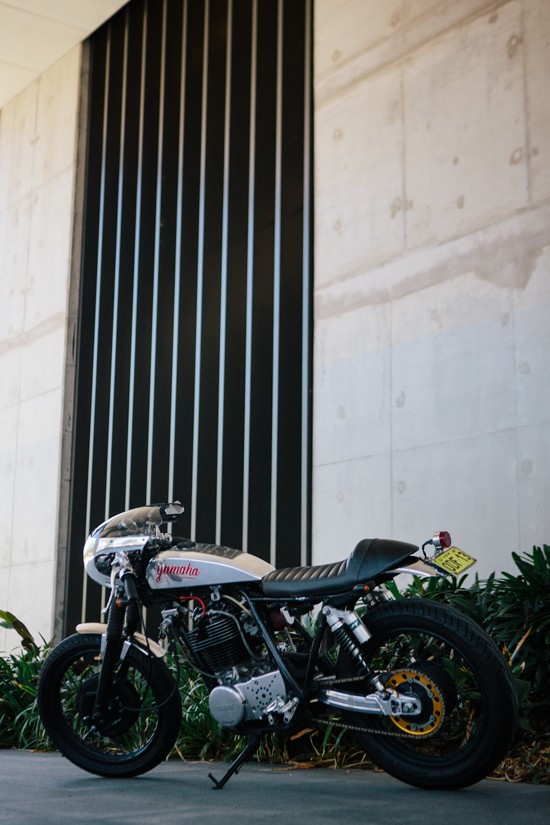 “As lame and cliche as it sounds, nothing clears my head more than jumping on the bike and giving the throttle a squeeze. I have convinced many lovers and friends to get their motorcycle license as it truly unlocks Sydney. Free parking, lane filtering, cheap rego and insurance, traffic becomes more of a game than an annoyance, I fly a lot so being able to park 15 seconds from T2 at Sydney Airport is incredible.” 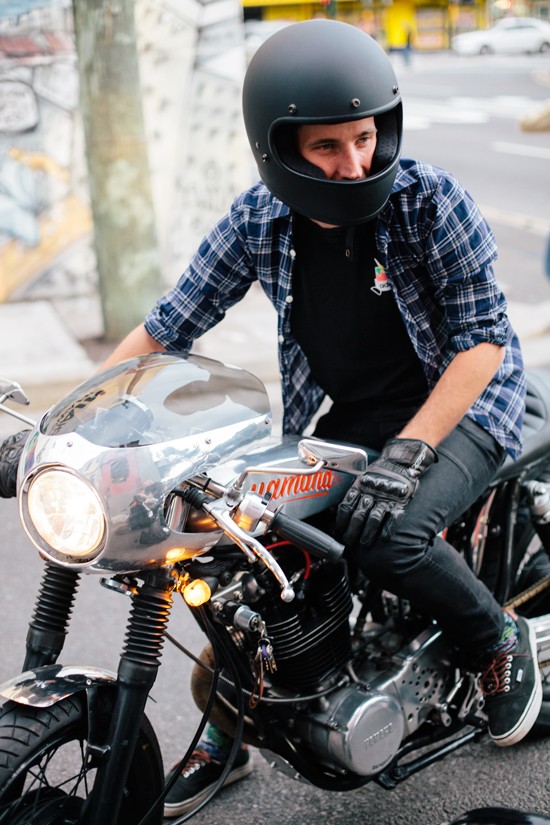 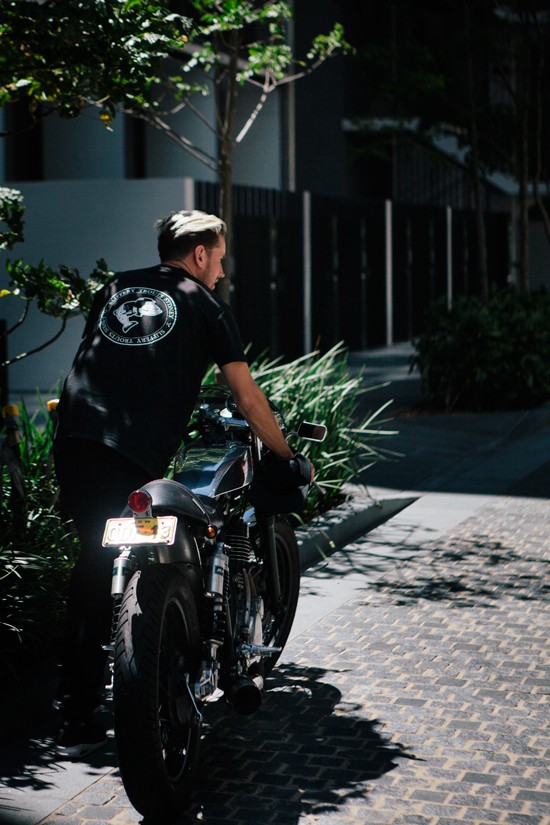 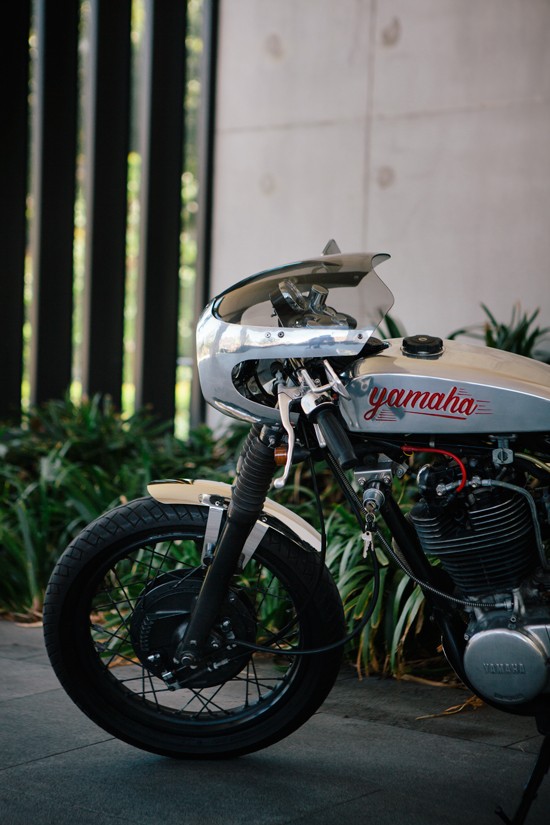 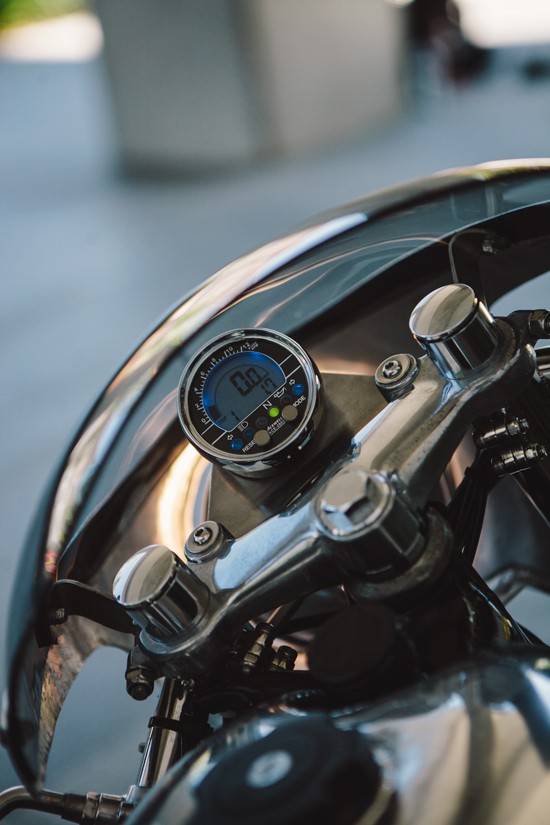 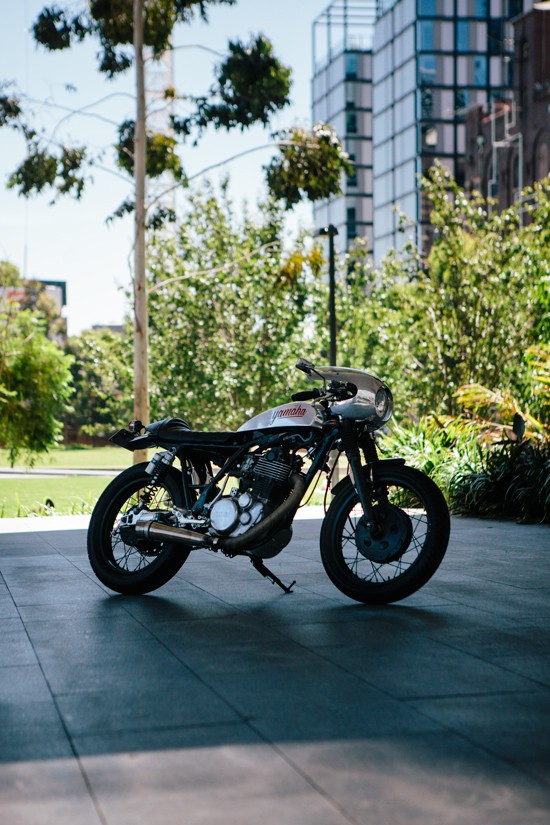 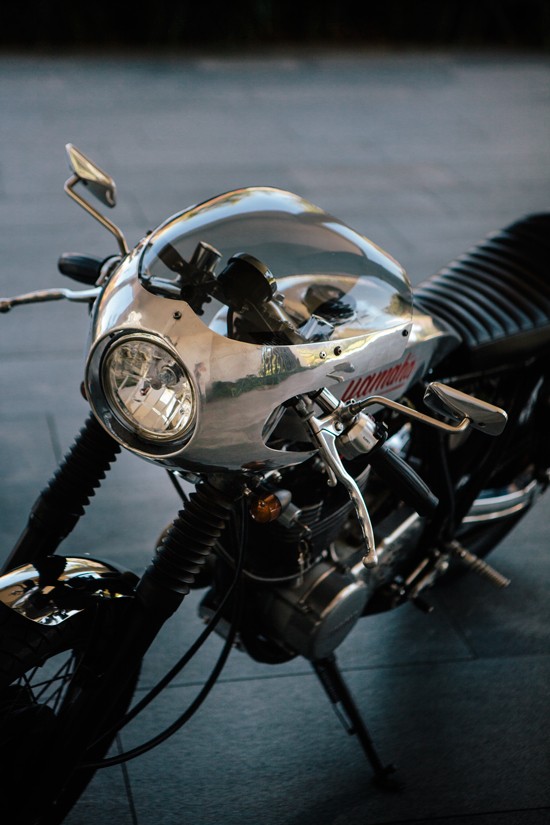 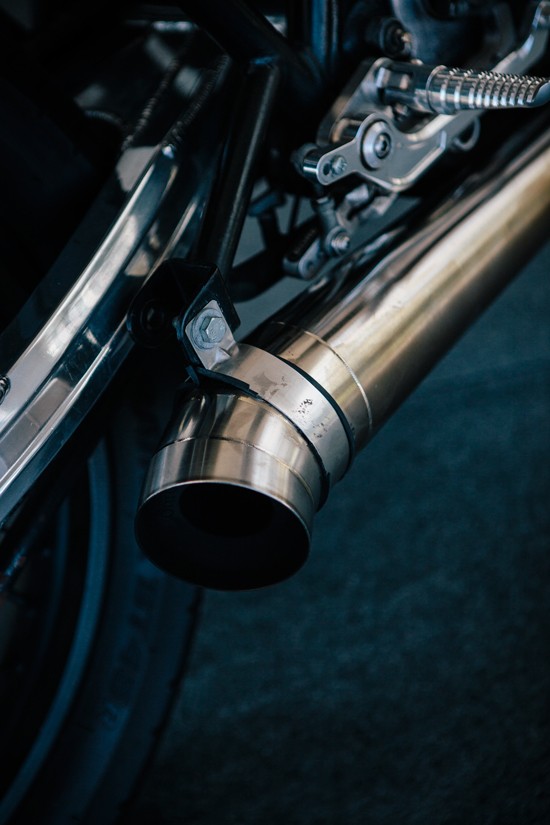 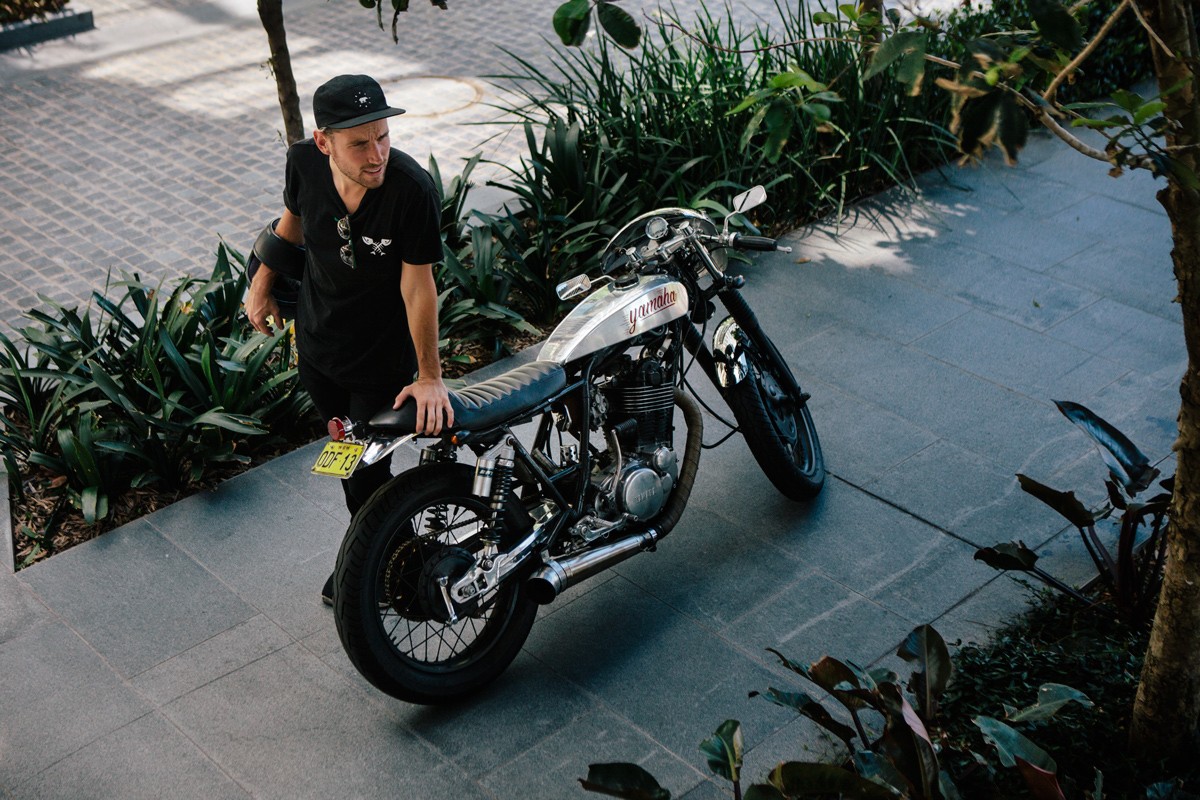 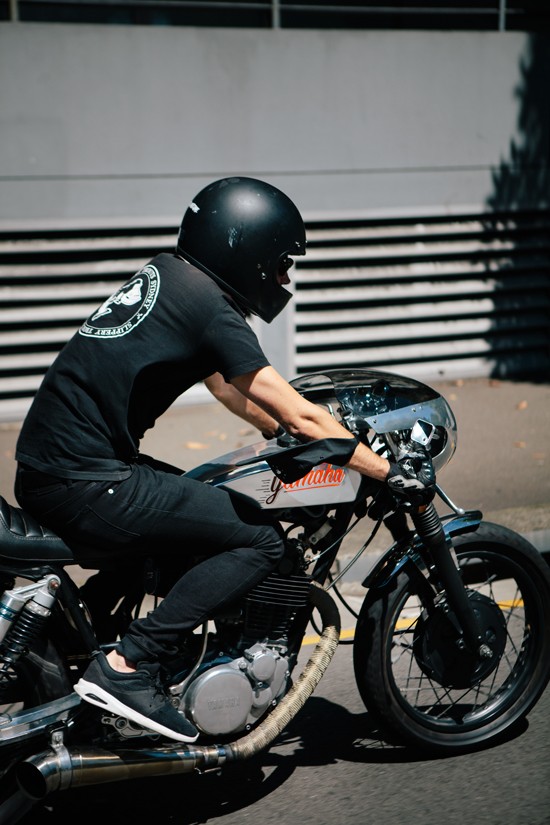