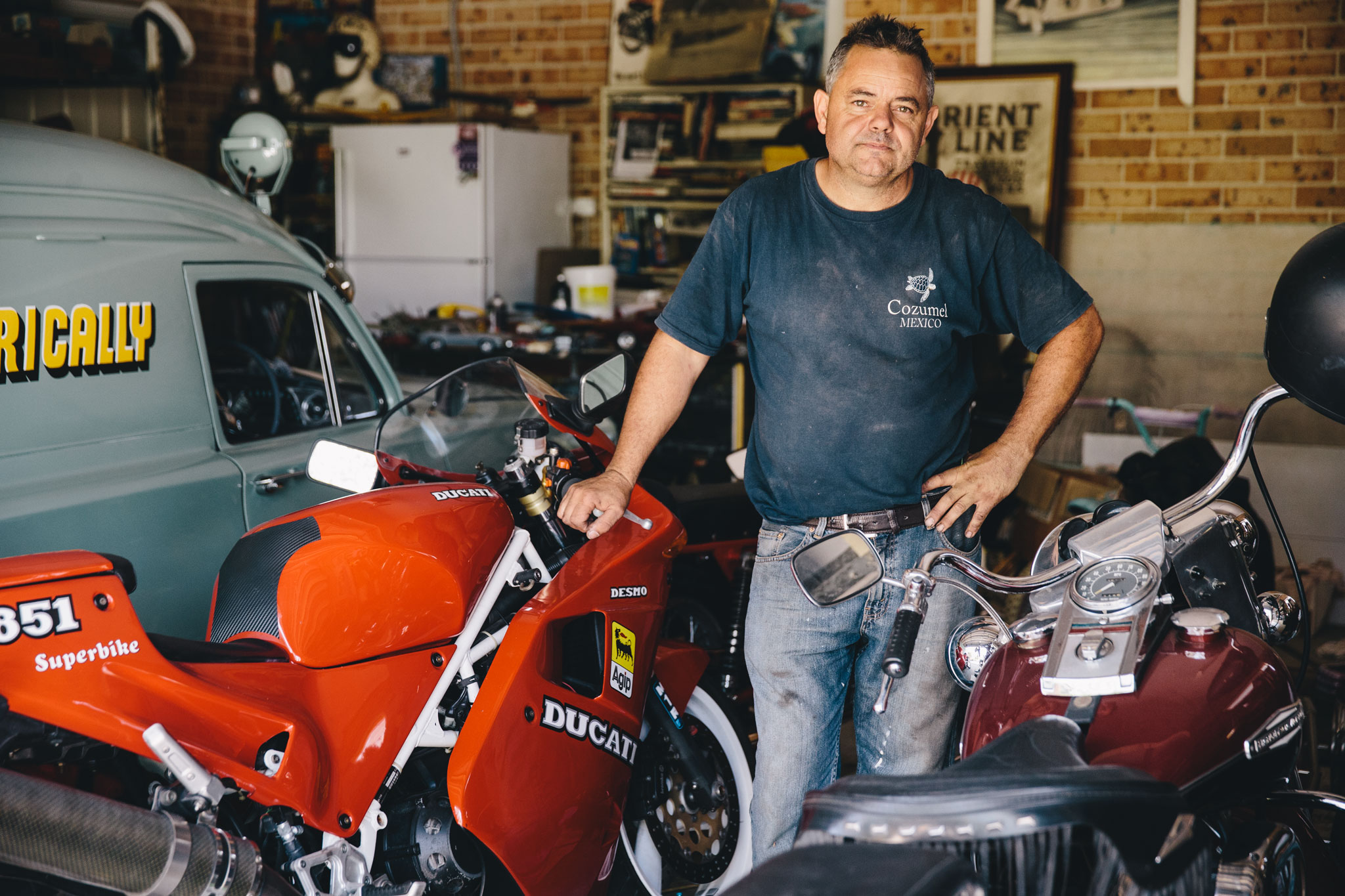 Spare a prayer for our dear friend Dave. A man obsessed and addicted to internal combustion, in every shape and form. His shed is a testament to his history with machines of every flavour, those which slam down roads, rip through waves, and tear up the skies. Get lost in Dave’s shed of infinite machines. 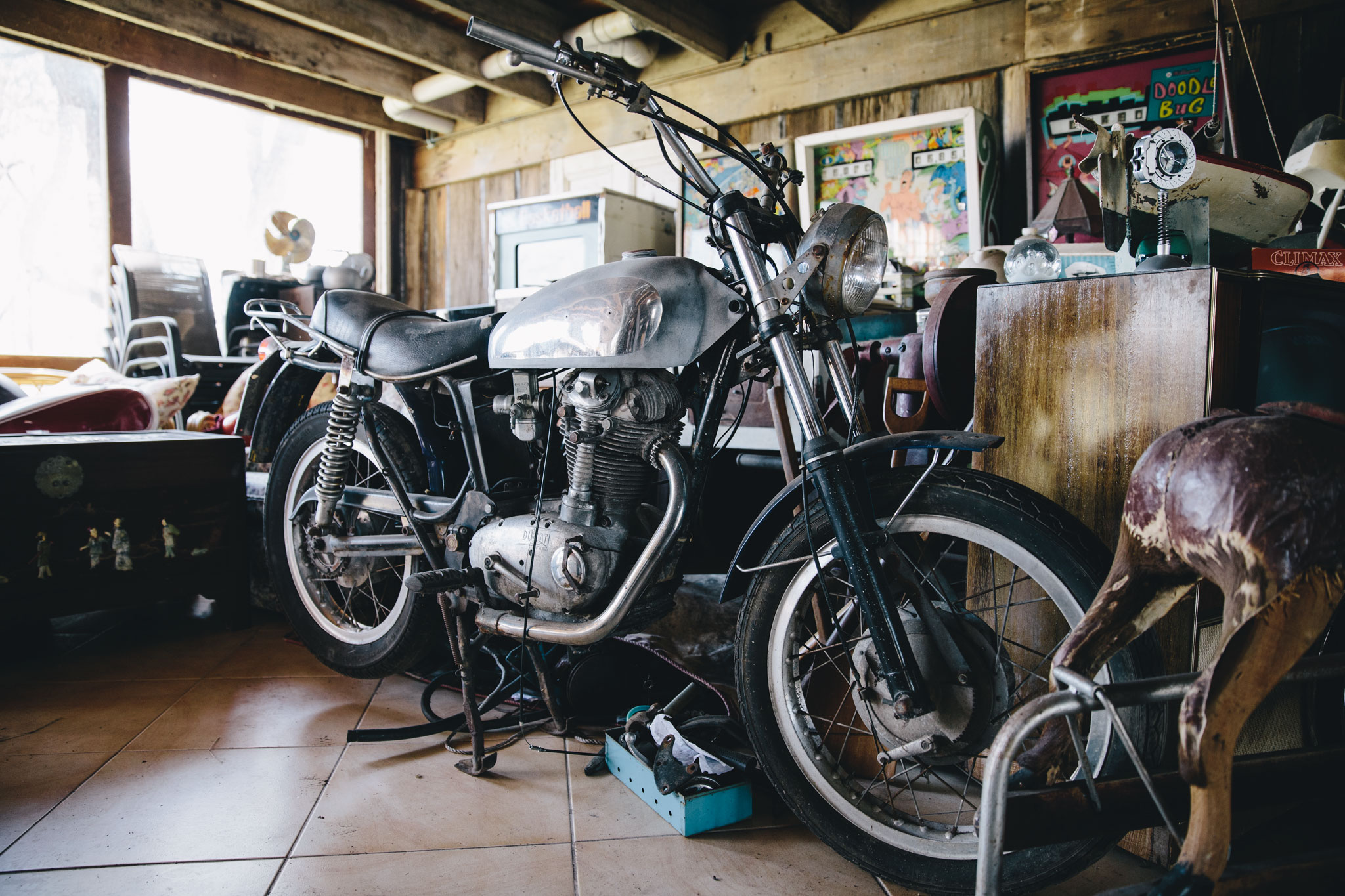 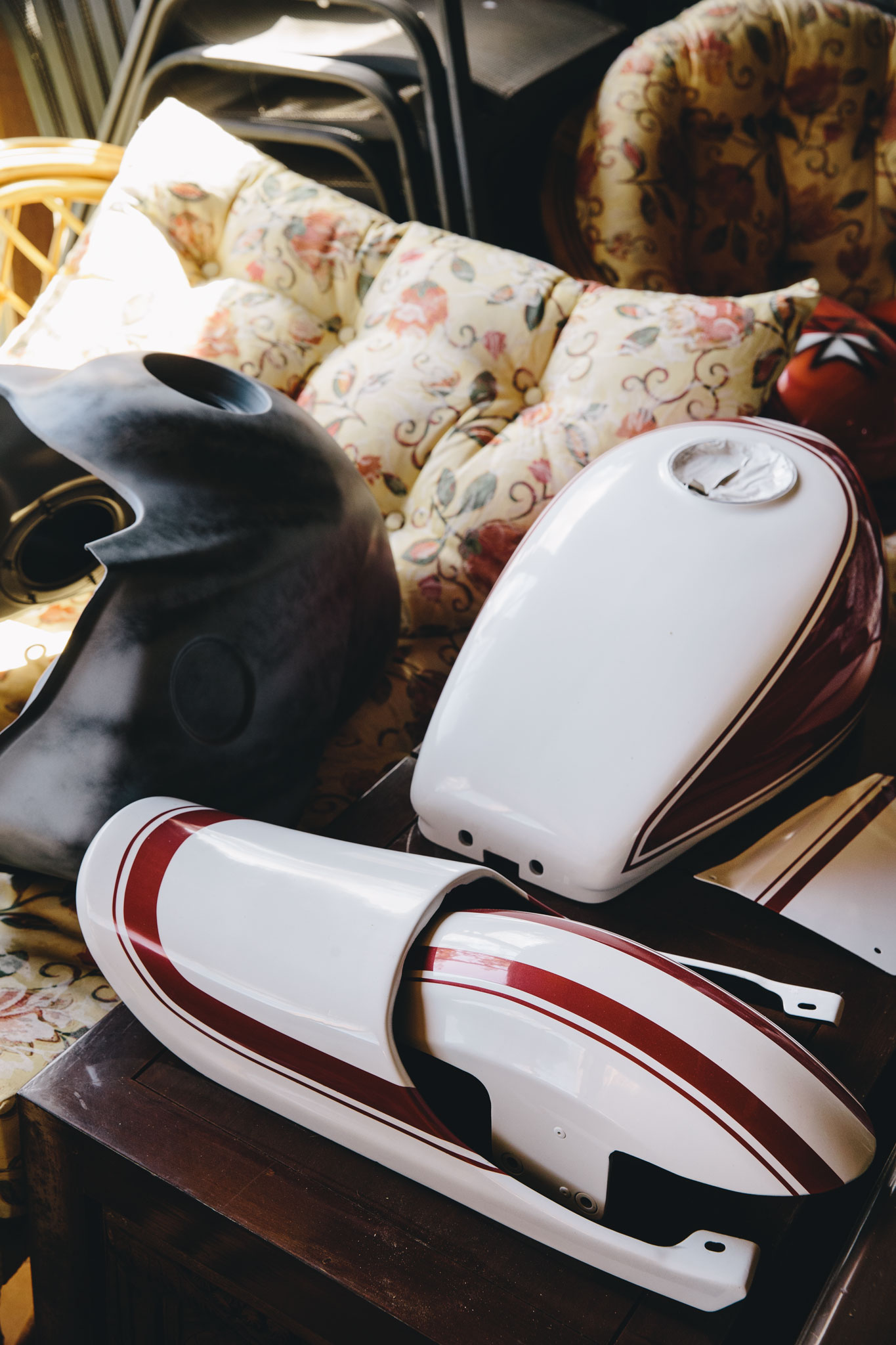 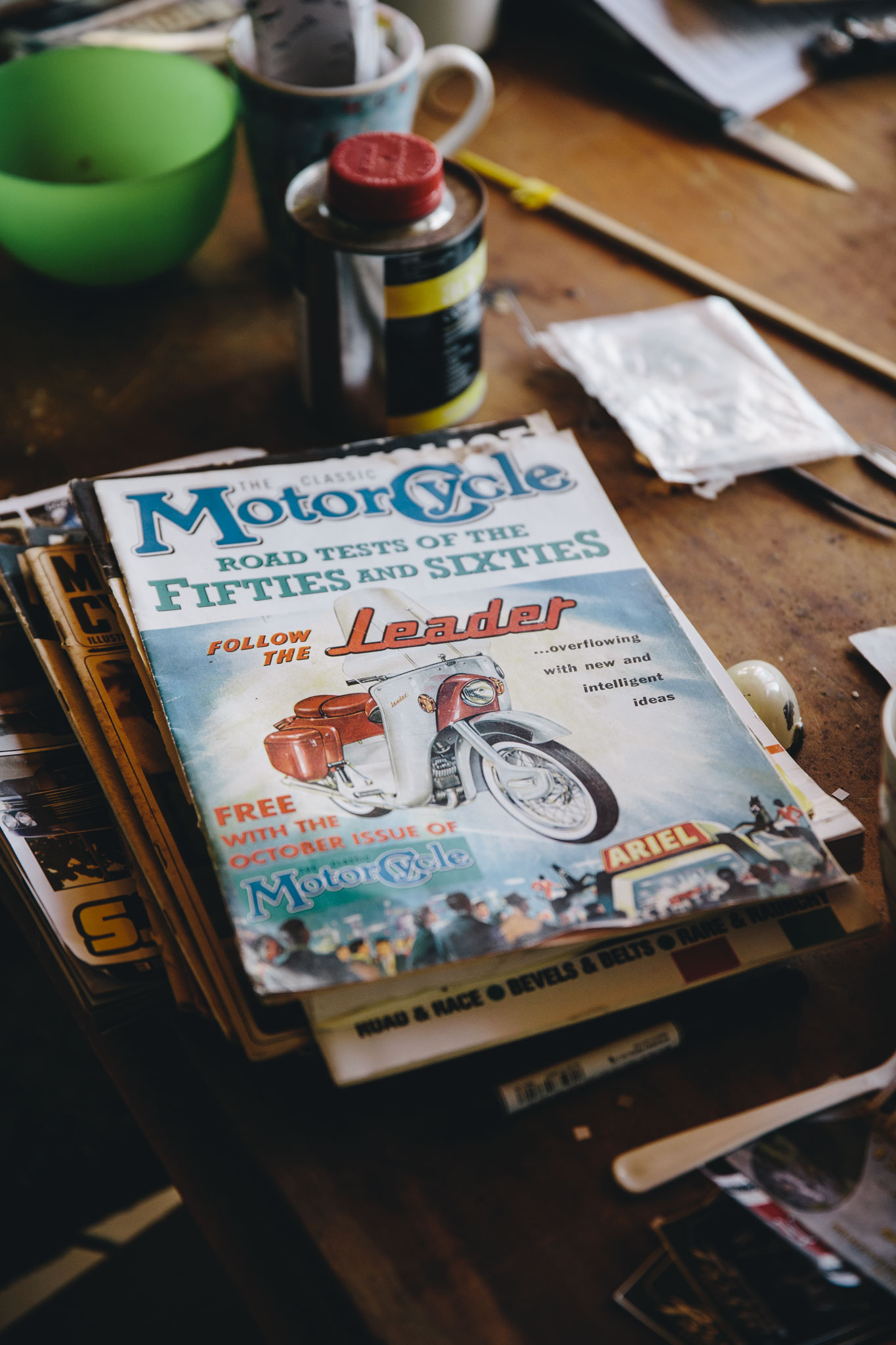 “I guess we can blame my passion on my Mother. When I was a little kid I made her life a misery at the shops if she didn’t buy me a matchbox car. It was a small price to pay for a little peace, and from that day forward my need to collect had begun.” This passion for collecting would eventually turn into much more as he was regaled with tales of his Great Great Grandfather, and the machinery talents this man possessed. “I was in awe of this man whom I had never met.” And through this man’s history, Dave would pick up the pieces and begin to create his own machines, starting with Balsa wood kit planes and eventuating to Merlin Engine Speed Boats that dominate the water today. 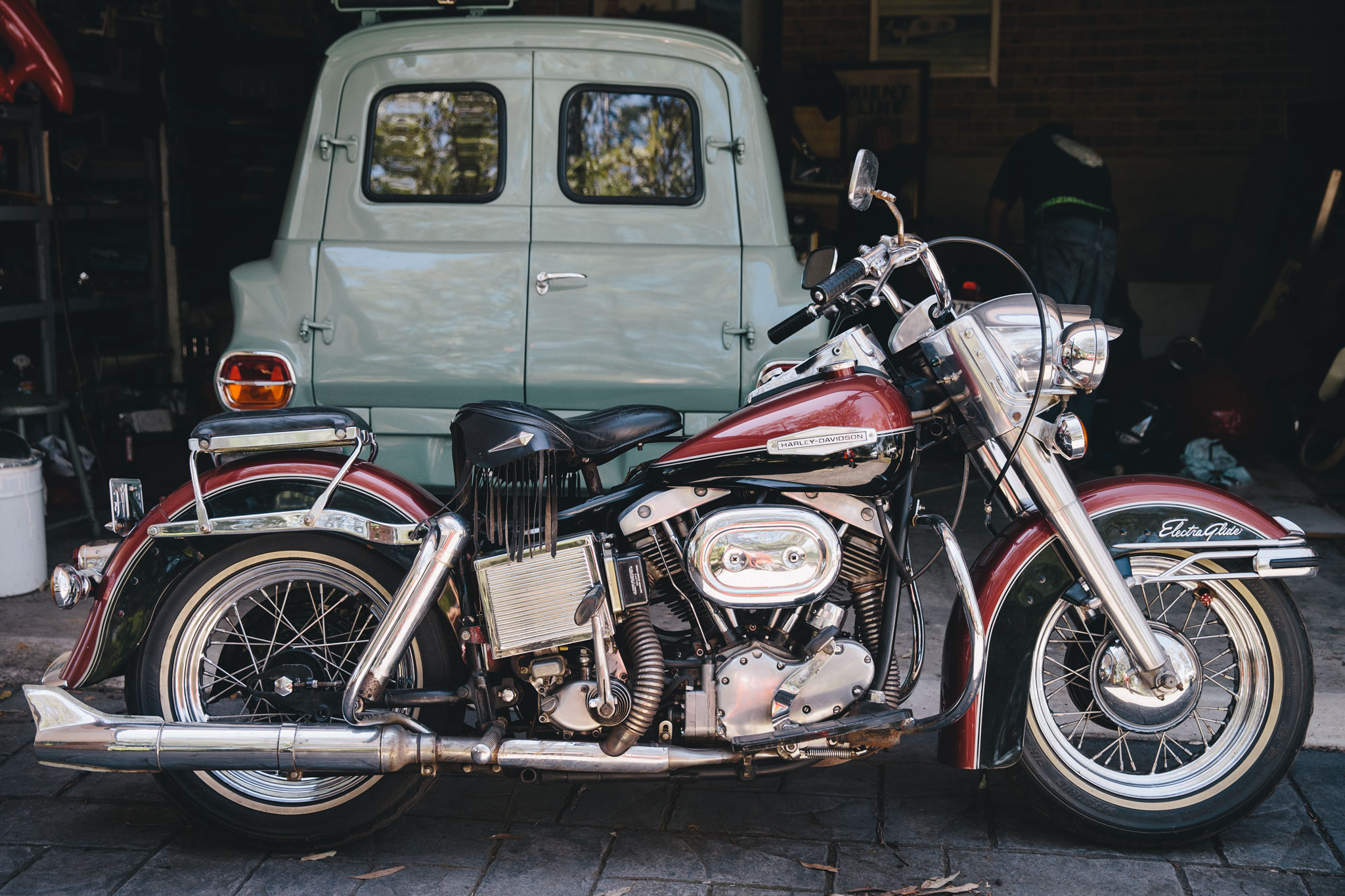 Growing up, each new model kit, bicycle, toy – anything that could be built and pulled apart would be. It wasn’t enough to own and use these for Dave, but an understanding of how they worked was essential. Before long, Dave had completed his first custom bicycle in his own room, and was building new ones from parts he gathered and selling them to mates. 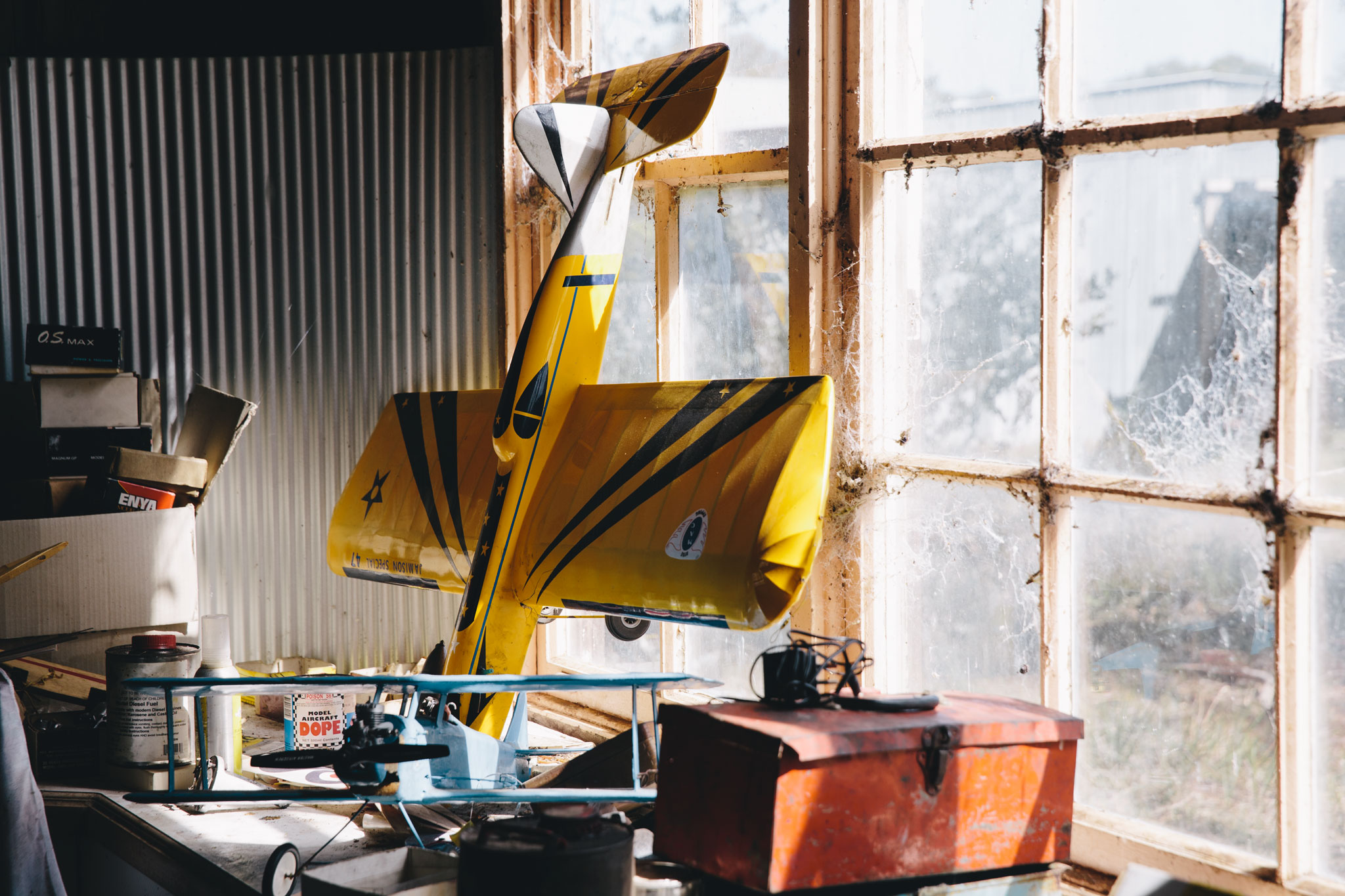 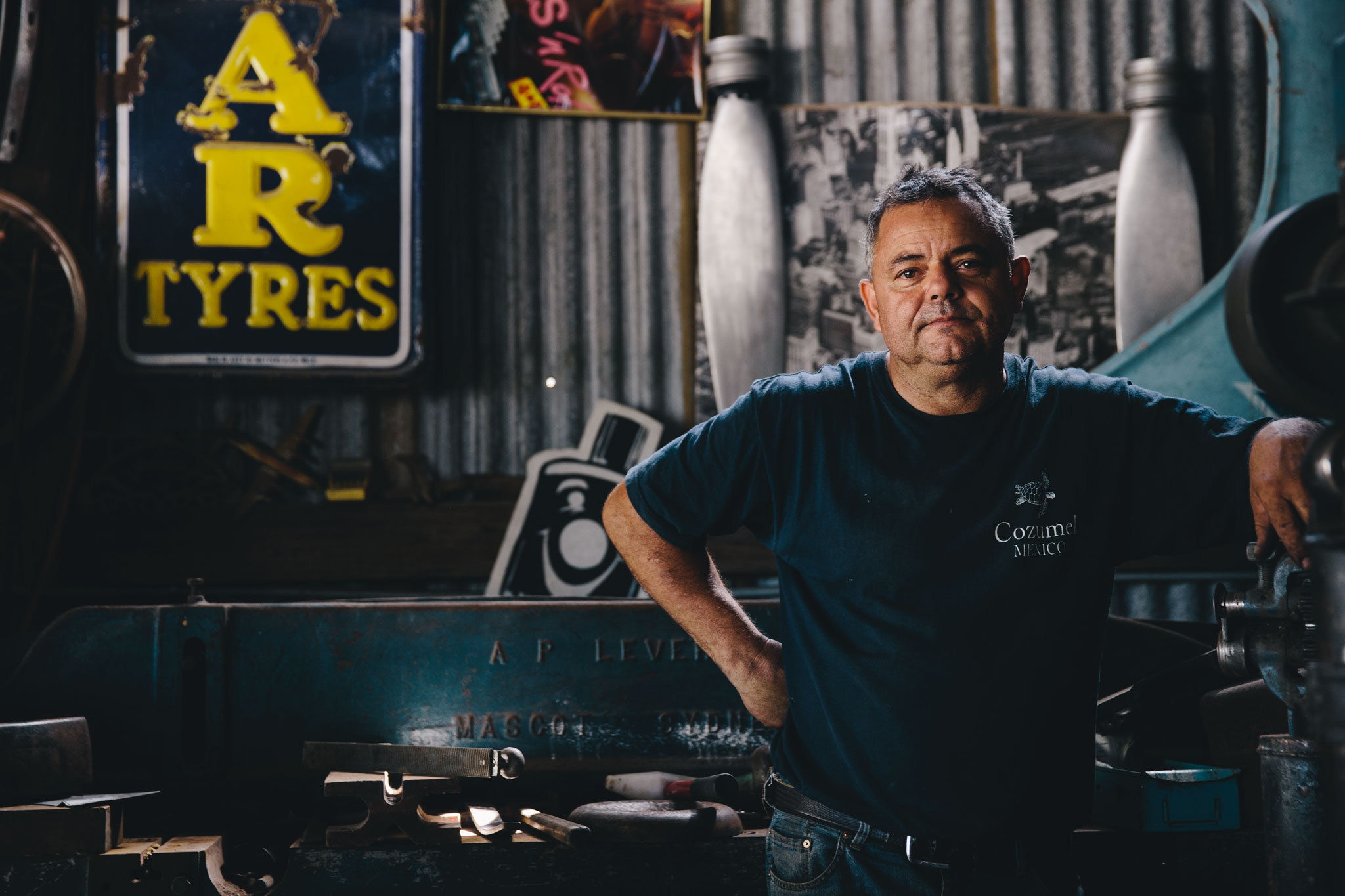 “I made it that hard for my parents growing up, that eventuated in my Father turning up with a brand new Yamaha IT 125. He said I had to work for it if I wanted to ride it, so I quit year 10 early and went and worked with him plumbing. Once I got the bike I was really disappointed in it. It was a slug – although it didn’t take me long to work out that my father had asked the shop to leave the restrictor plug in the exhaust.” 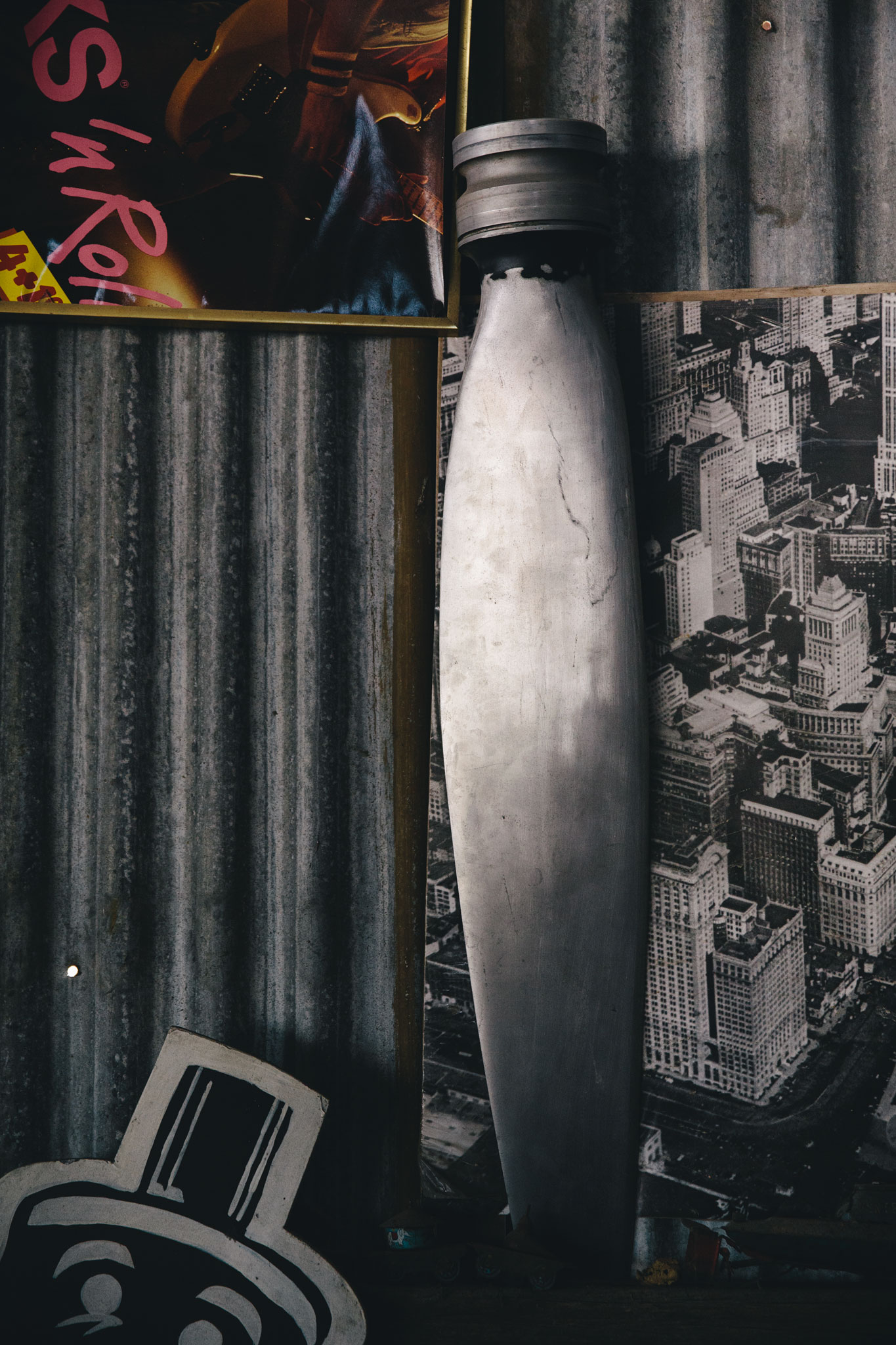 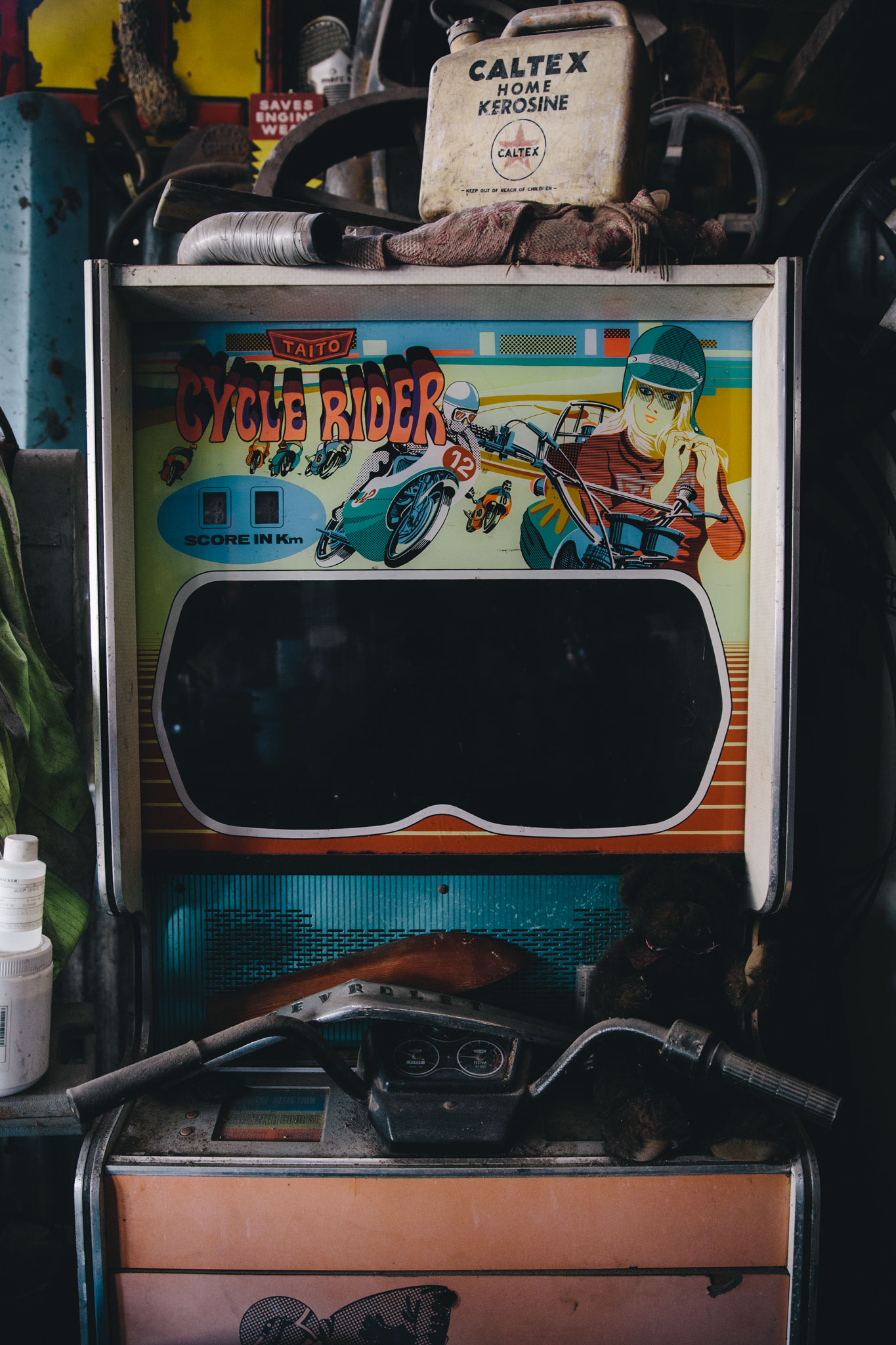 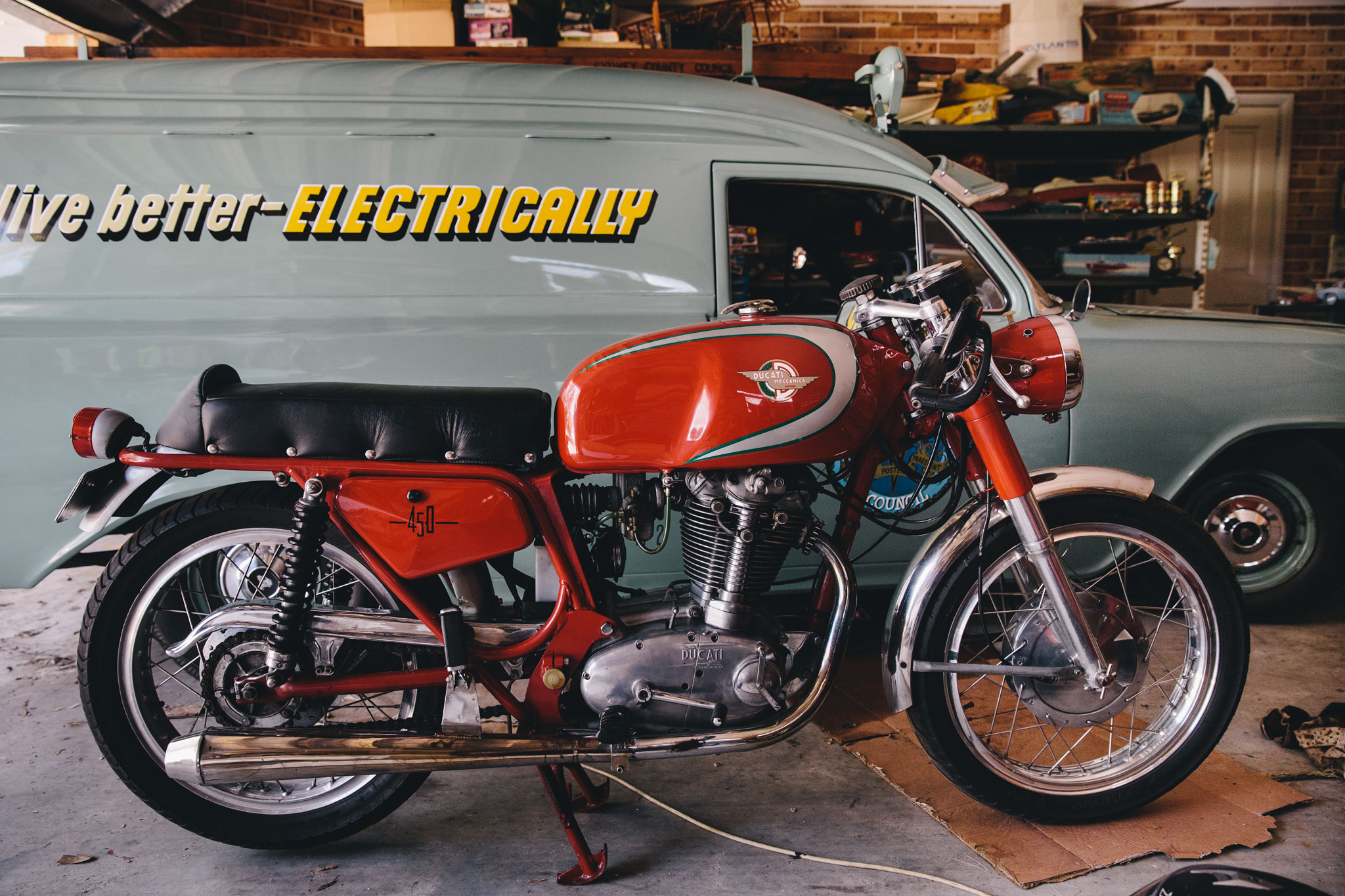 A bow must be taken to Dave’s parents, for as he grew his collection of cars that were now turning their home into somewhat of a wrecking yard grew with him. “I remember my father telling me “If you buy a bike, you can fuck off out of here”. But naturally that didn’t stop me, and when I was 20 I bought my Harley-Davidson which I still have today. Dad just shook his head when I brought it home, and went back in the house. You must understand at this stage I was buying a car a week and the fights with my parents over it were constant. So I buy this bike, and two days later terrified of my father I take it down the road to my mates place and tear it apart there to do the restoration. Not long after whilst at the table eating dinner with my family, my father asks “So where is the bike”? When I responded with “I’m rebuilding it” he simply looked down at his plate and said “Fuckin’ $12,000 and he pulls it apart”. 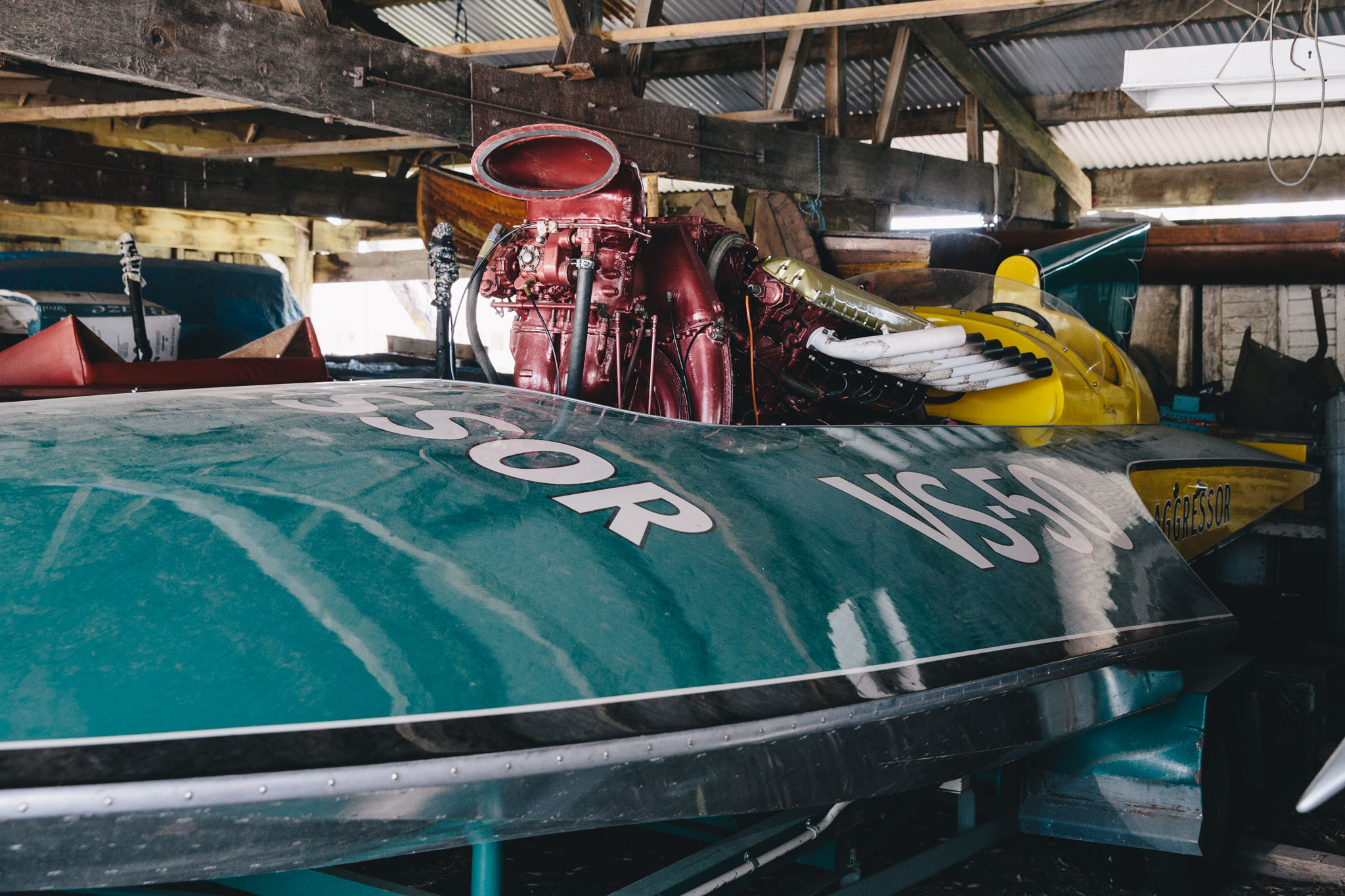 All this fuss and collecting just cars and a bike (although today he boasts a small collection of 2-wheeled machines) and we are yet to touch on Dave’s boats. “To date I have around 25 boats, with the oldest dating back to 1890. My most famous of these being my Roll Royce Merlin powered monster Aggressor.” This V12 water demon was built by a young 19 year old by the name of David Tenny in the ’60’s who had ambition and dreams to win the 1972 Griffiths cup. The 1942 ex-Spitfire engine will excite any WWII buff, let alone those who are nautically and mechanically inclined. 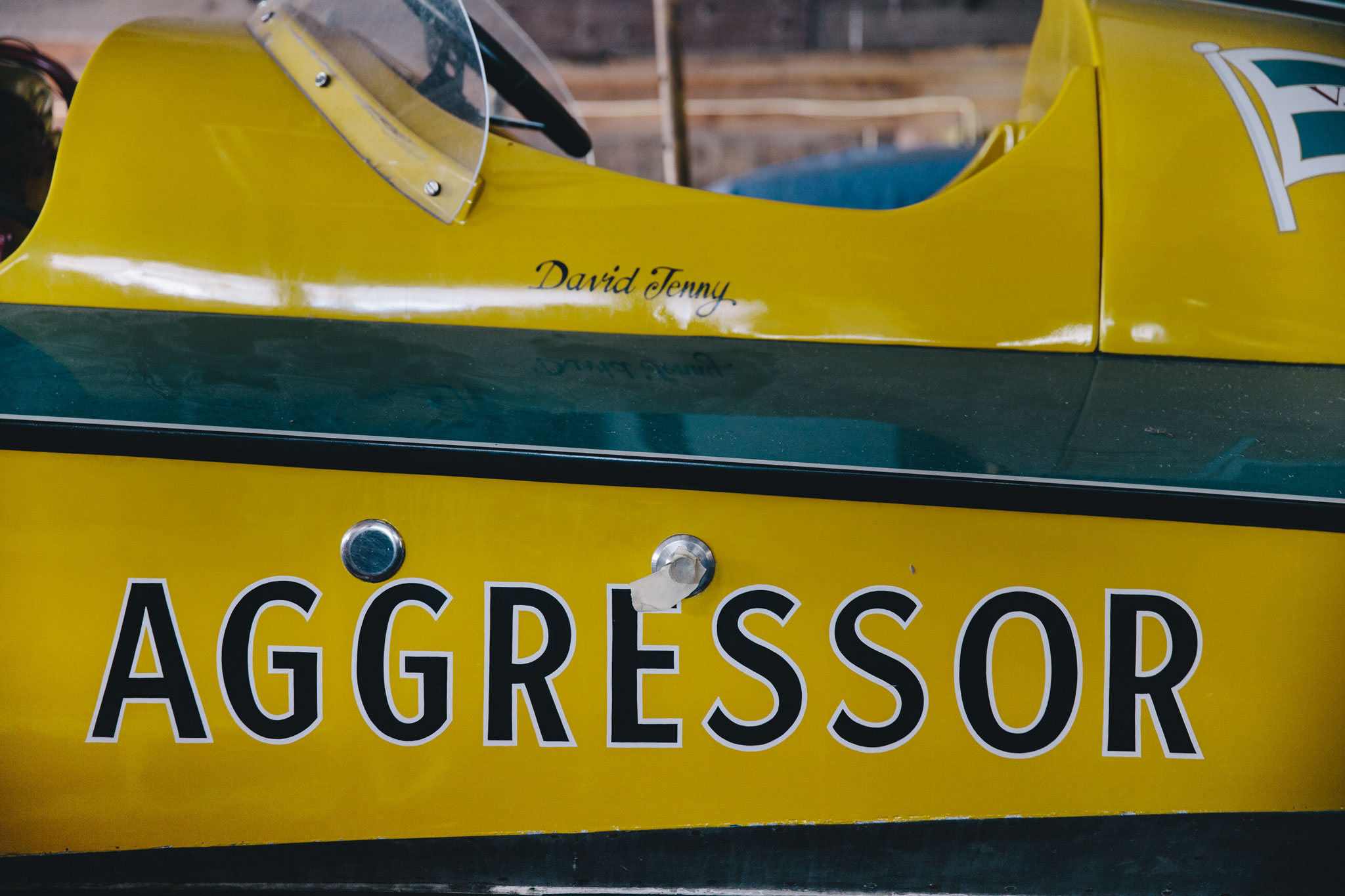 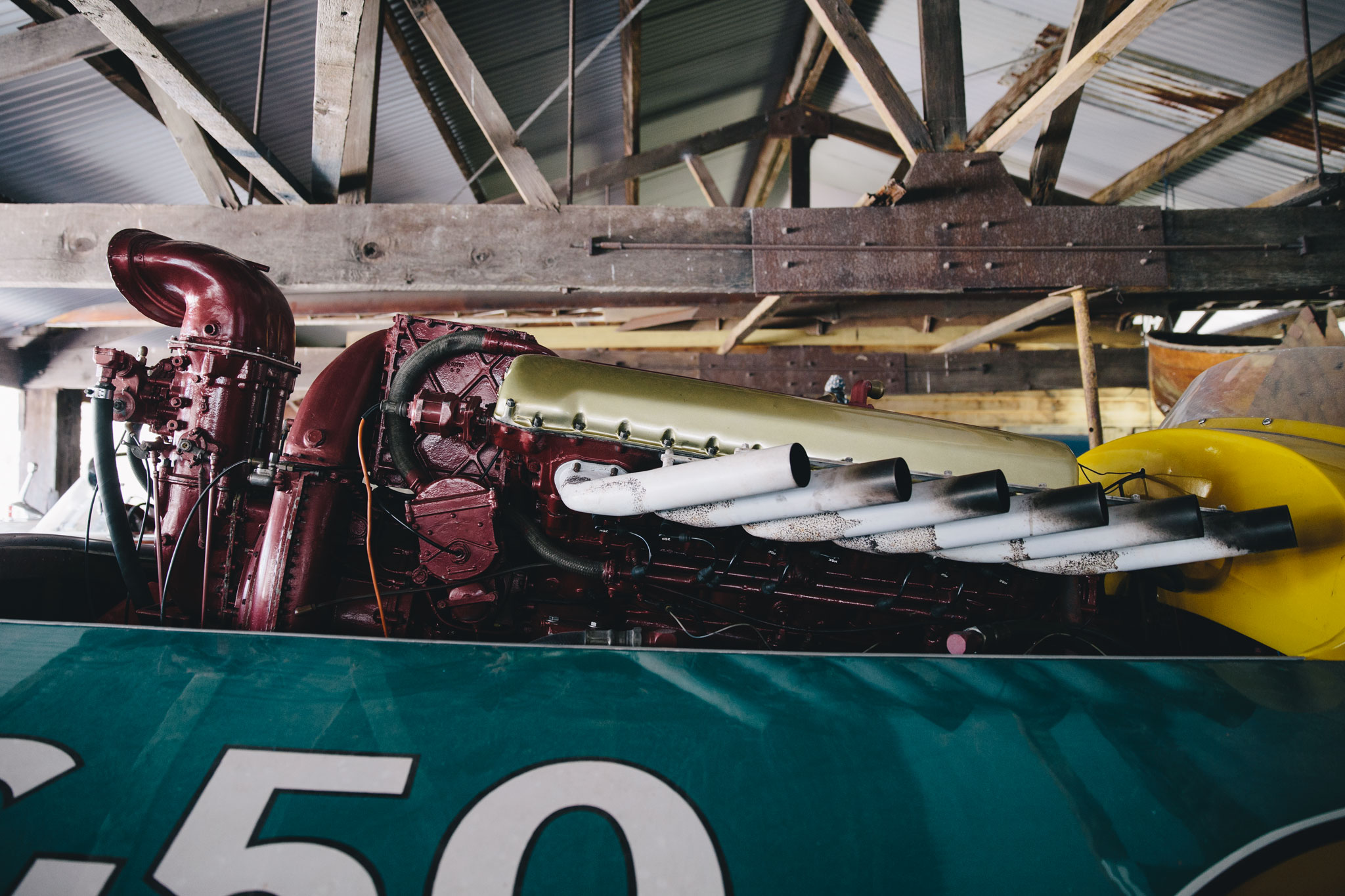 What’s remarkable about exploring everything that Dave has in his machine sanctuary, is that if he didn’t at least make it himself, there’s an amazing bit of history behind it. We’re unsure if there’s a secret to Dave’s success in finding so many gems, or if it’s simply fate. “I use all the same methods in hunting down all these old things, though my wife often claims I send my “beams out and the thing I’m chasing appears. Others just call me “Tinny”. 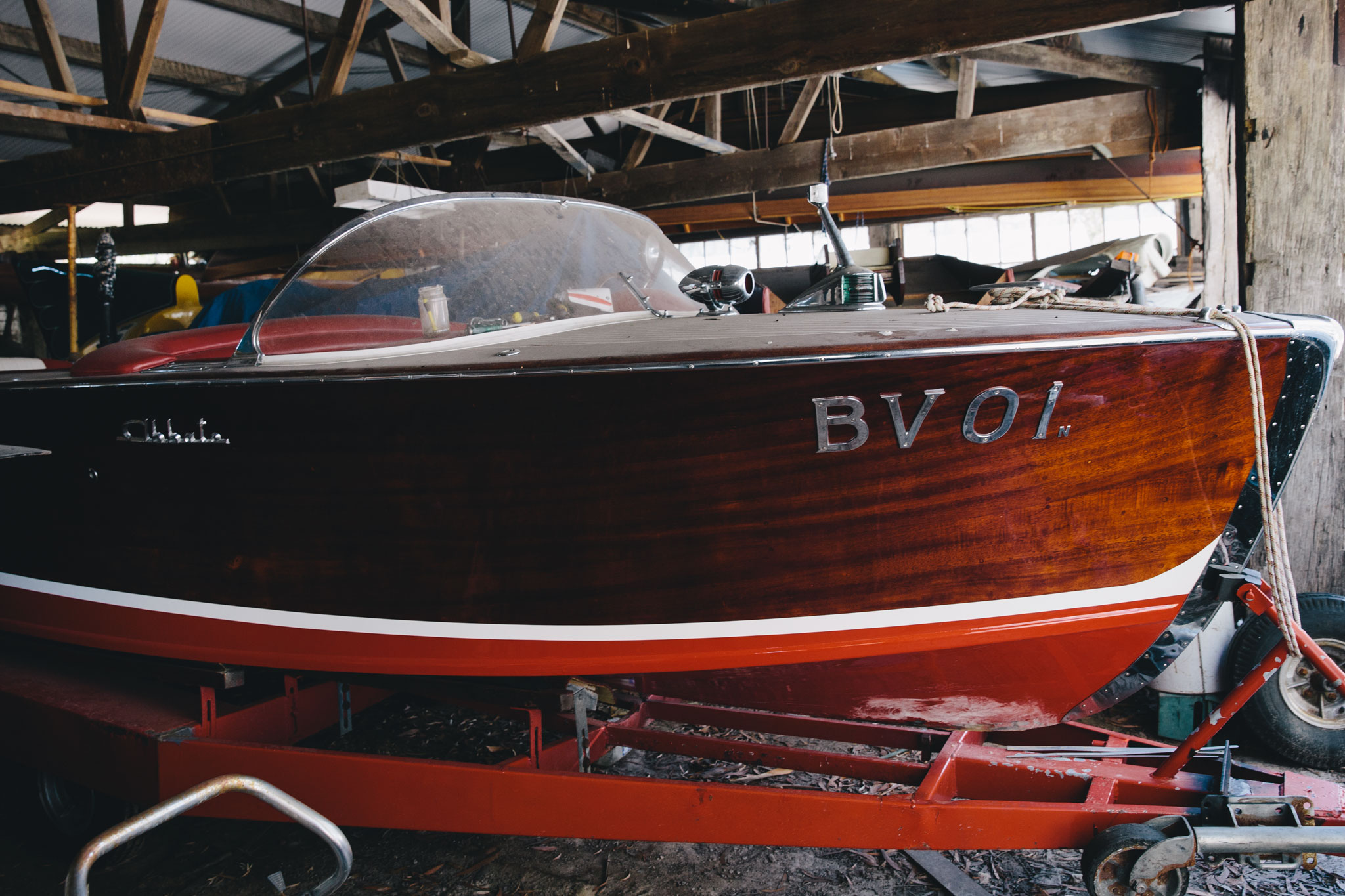 Dave’s repertoire of skills is as impressive as his collection, behind able to create and fix most anything he requires for the projects he takes on. “I put it out there that I could do the unthinkable and repair rusted out and damaged bike tanks and make panels from scratch. It seemed I had tapped into a small niche with the bike community – nobody wants to weld petrol tanks. A steady stream of people have since walked through the door. It’s been a steep learning curve, and frankly it’s been a physical and mental struggle. That said, I am starting to get into a groove and I can see a light at the end of the tunnel. My Dustbin Fairing’d Royal Enfield special is my first successful attempt at this new folly and I am very proud of it.”

More on Dave and this special Royal Enfield to come soon… 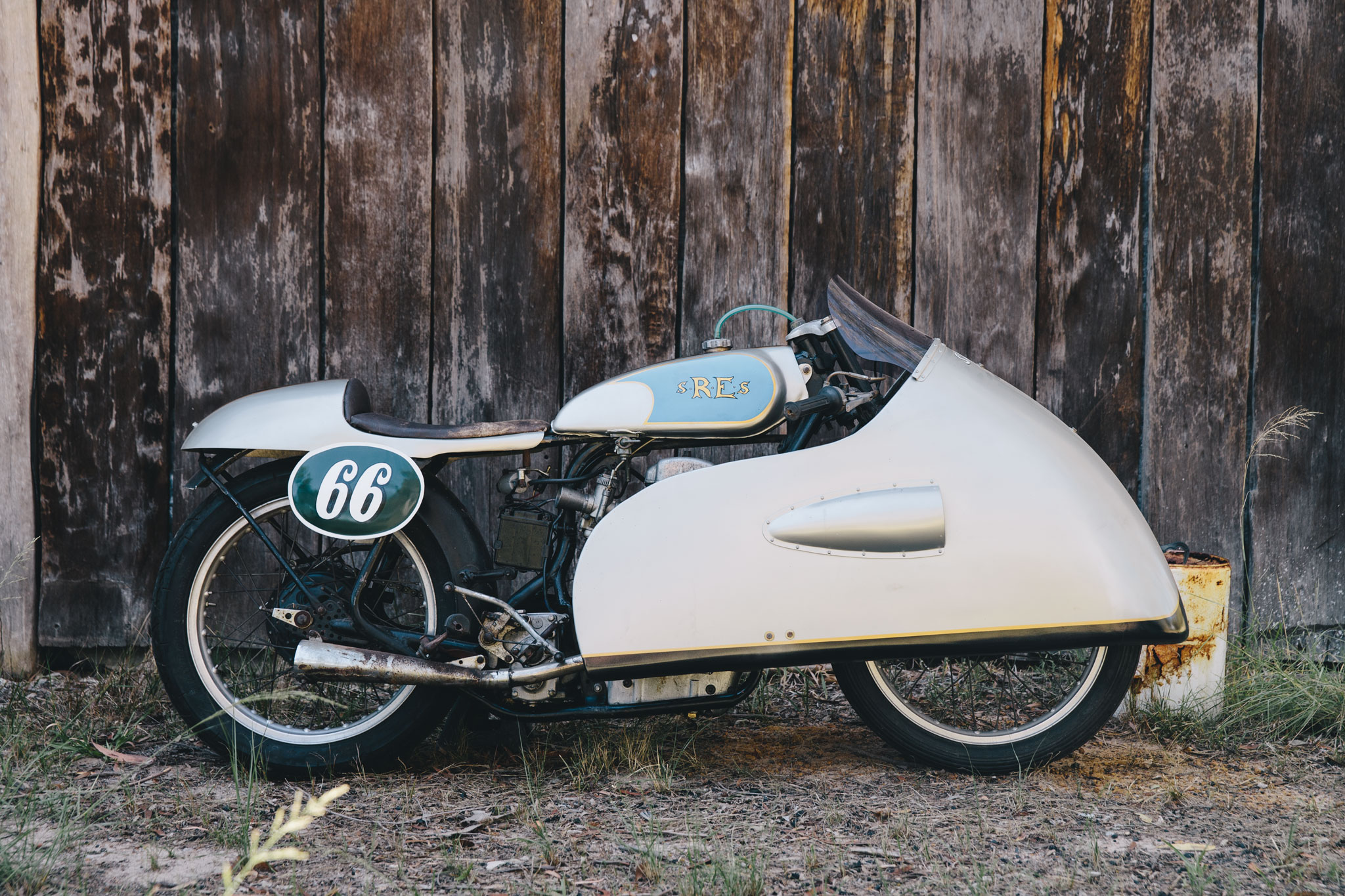 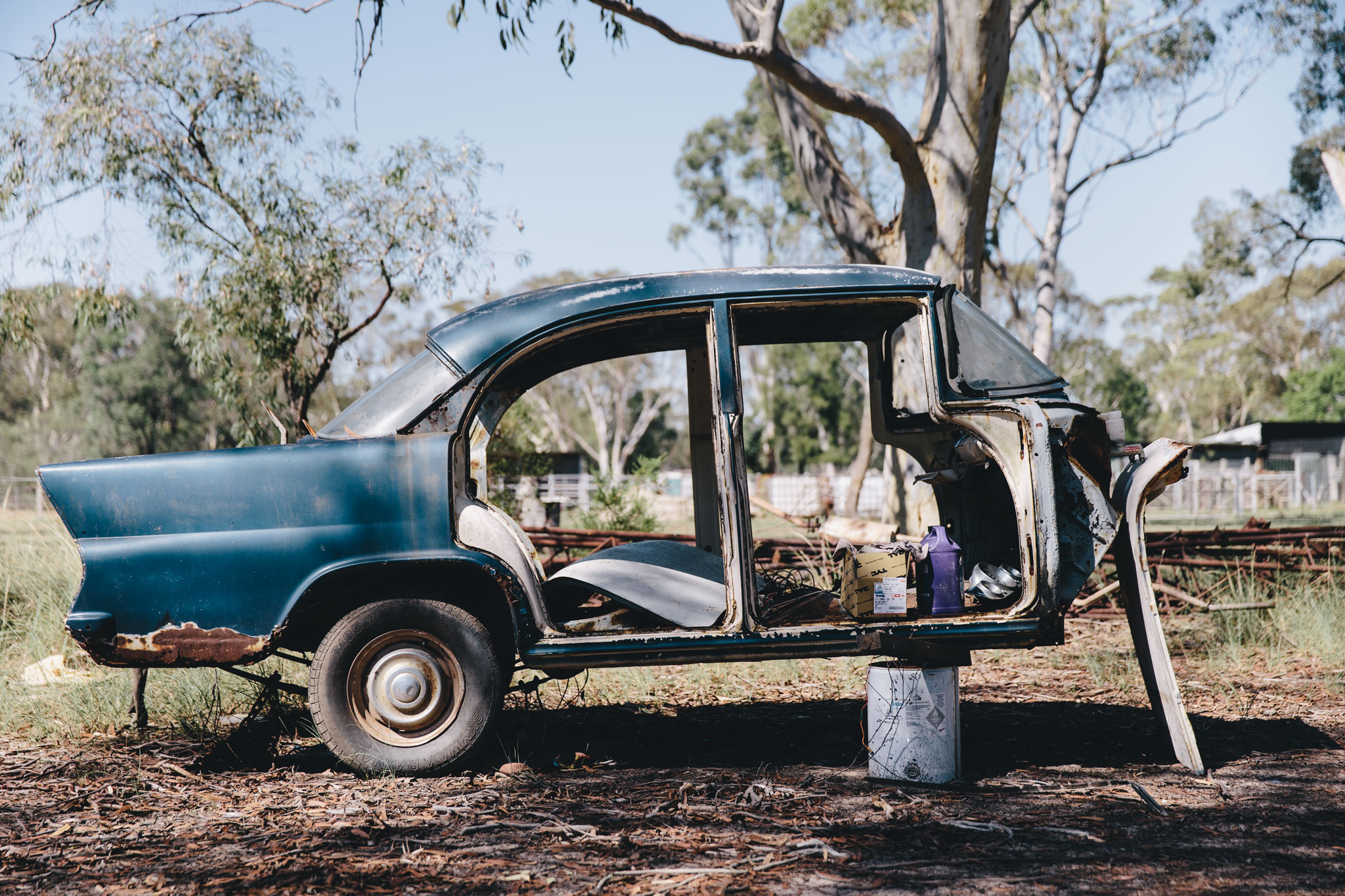 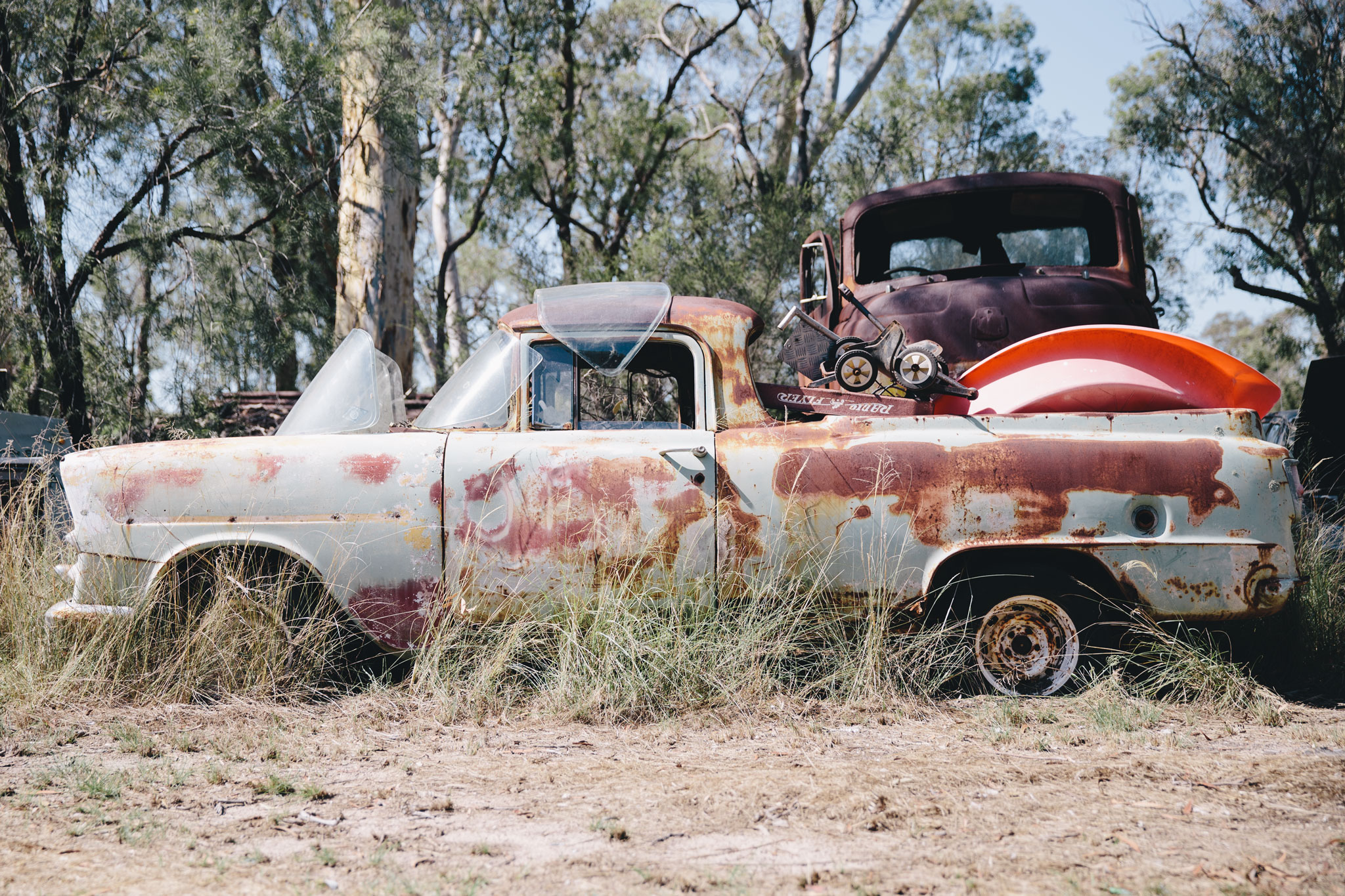 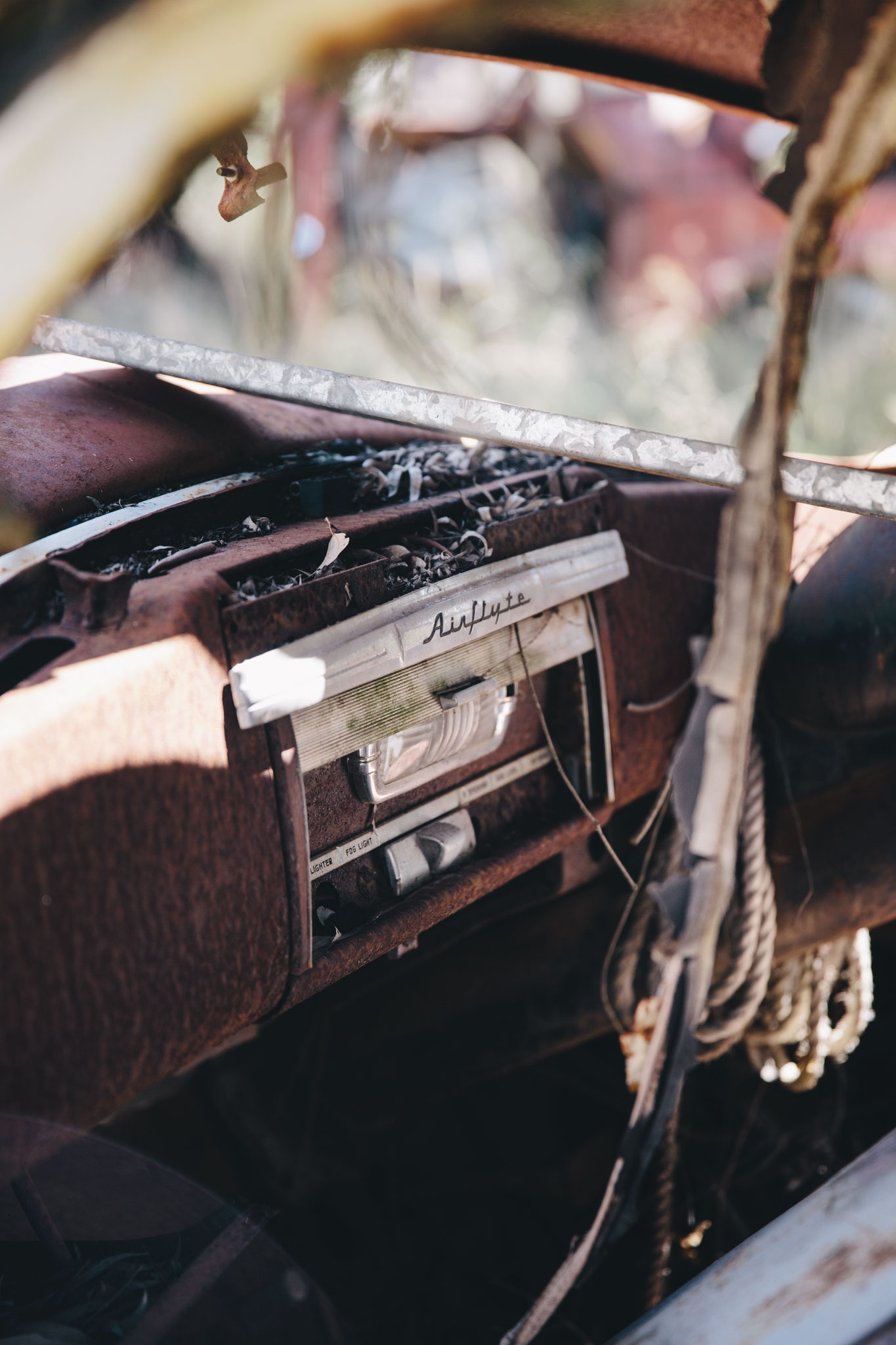 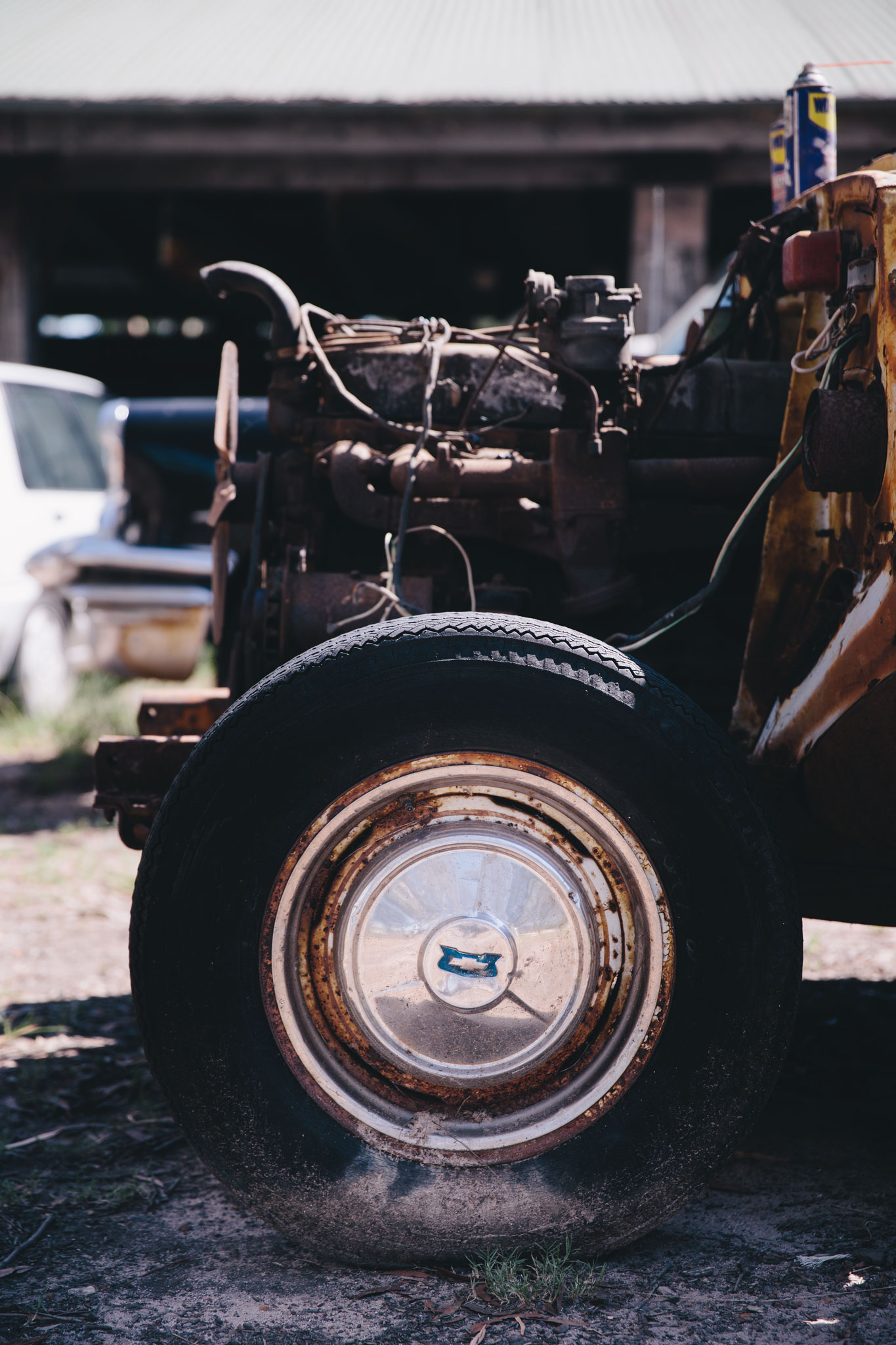 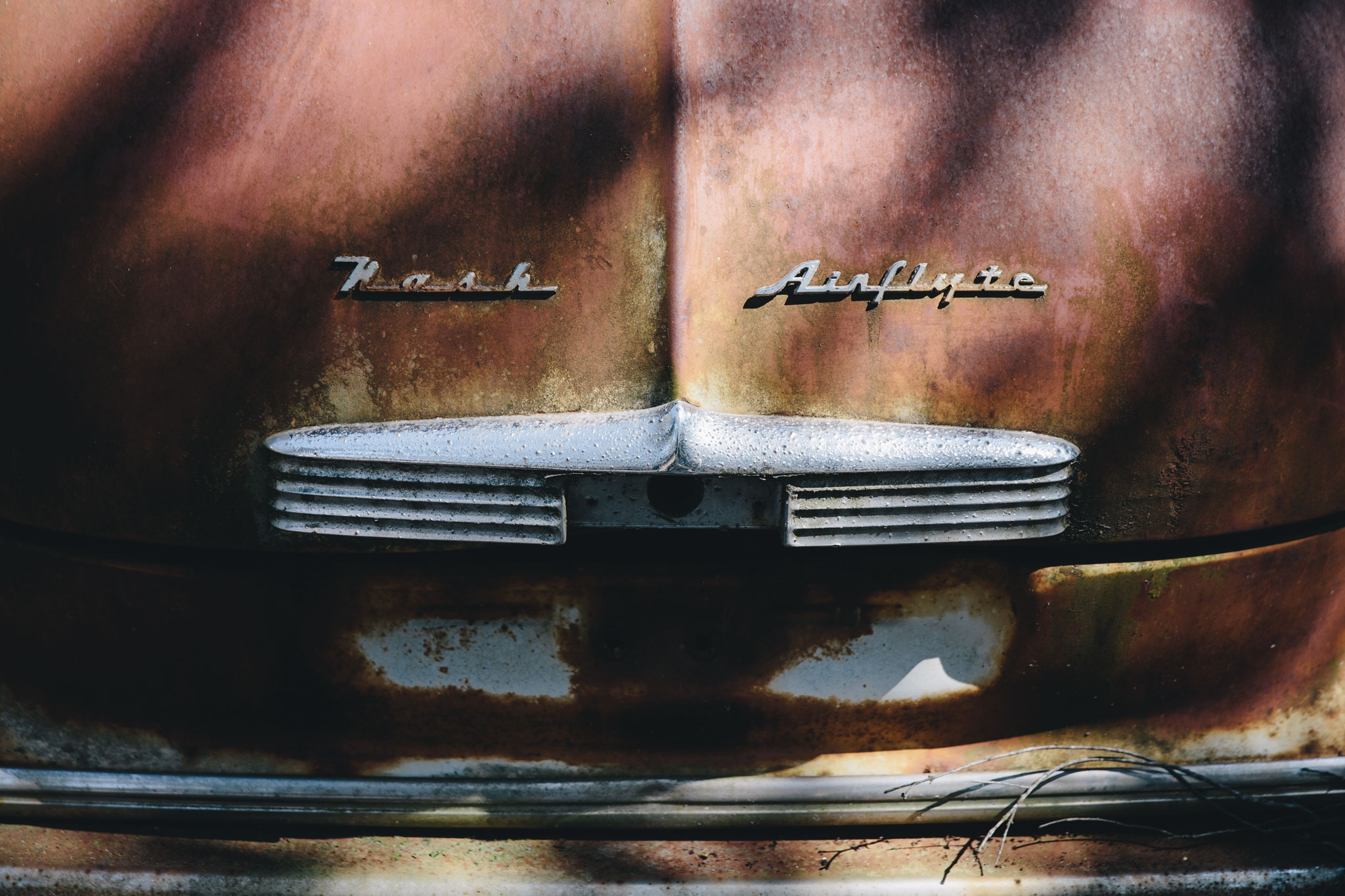 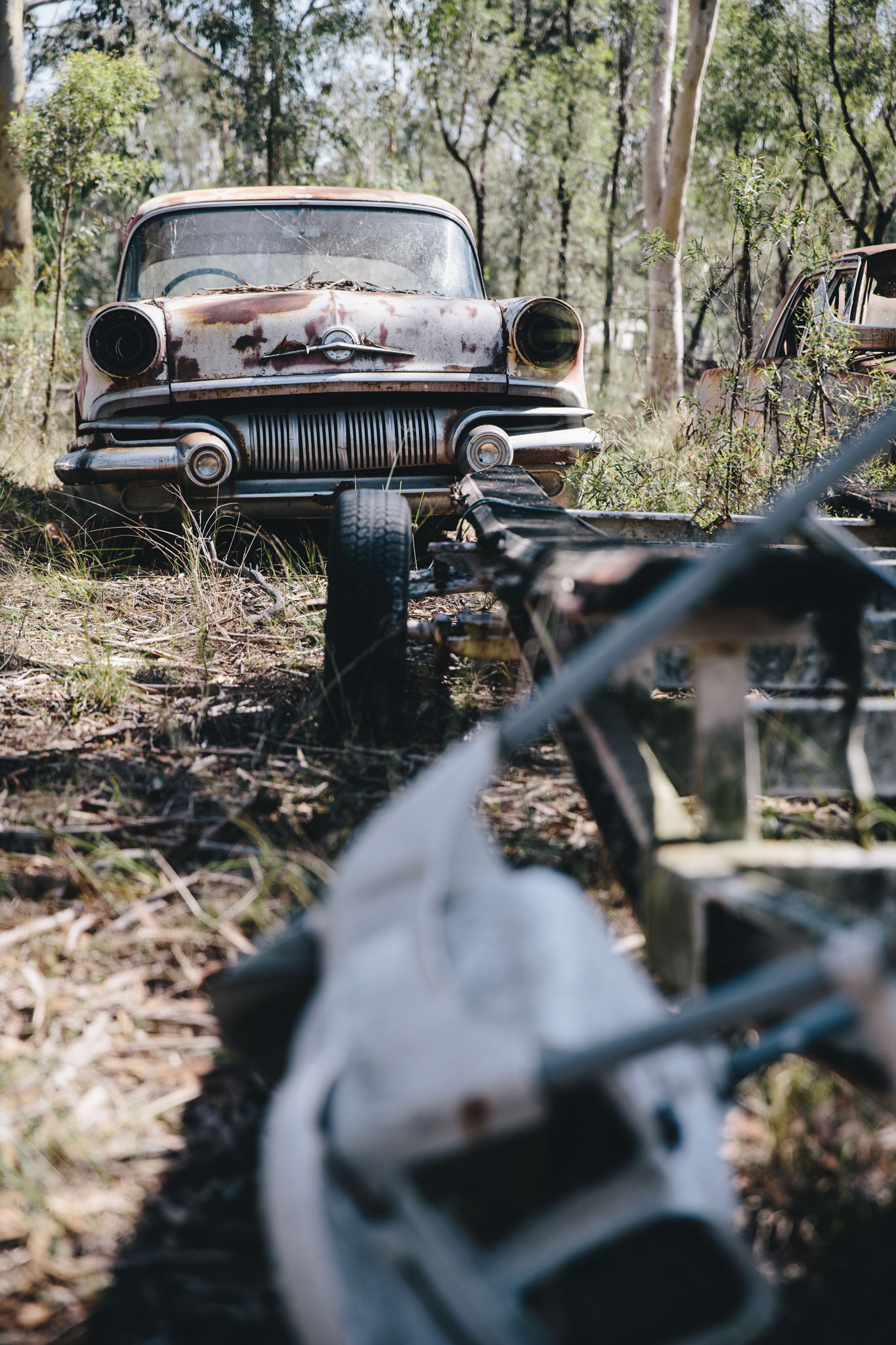 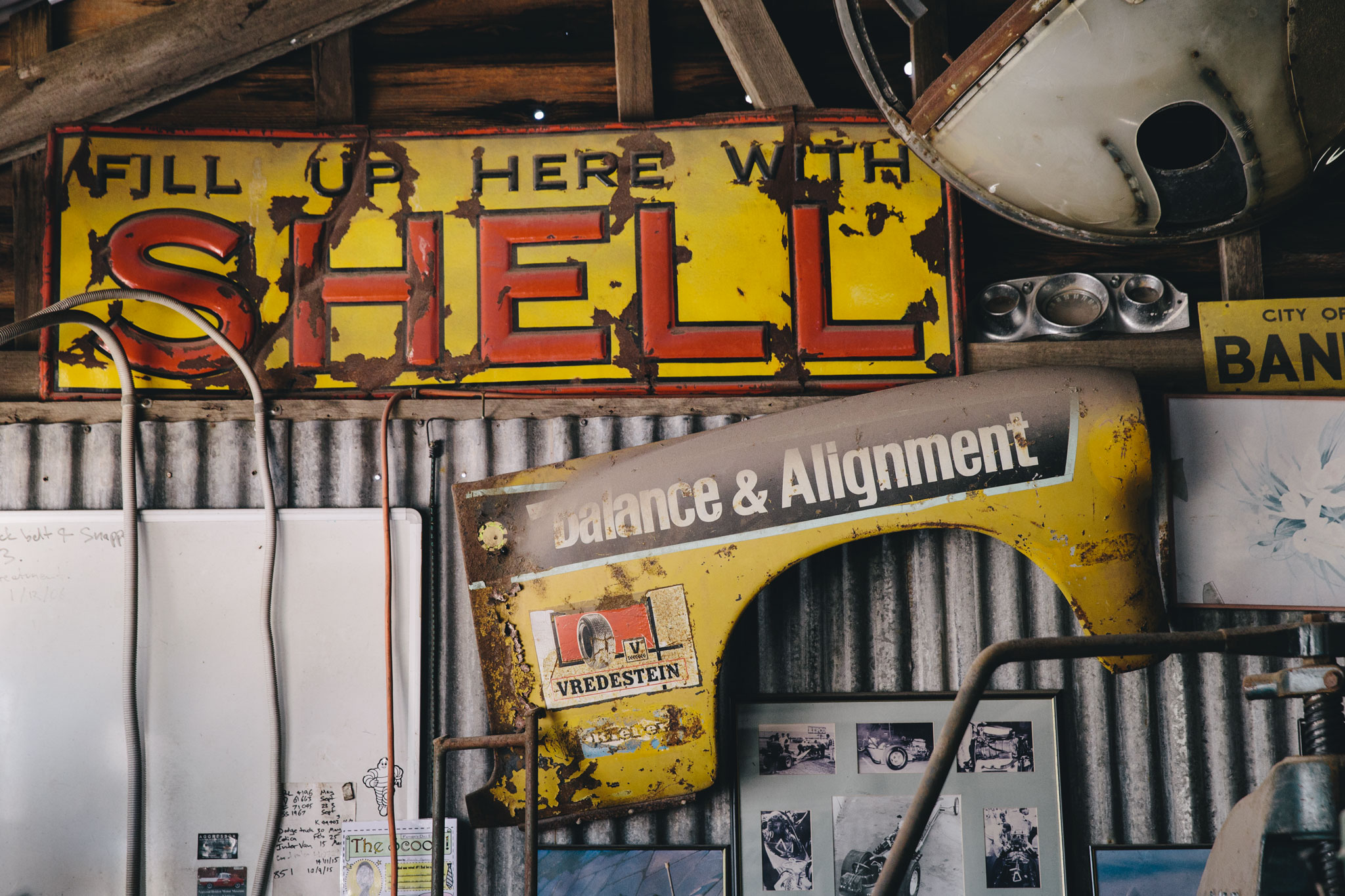 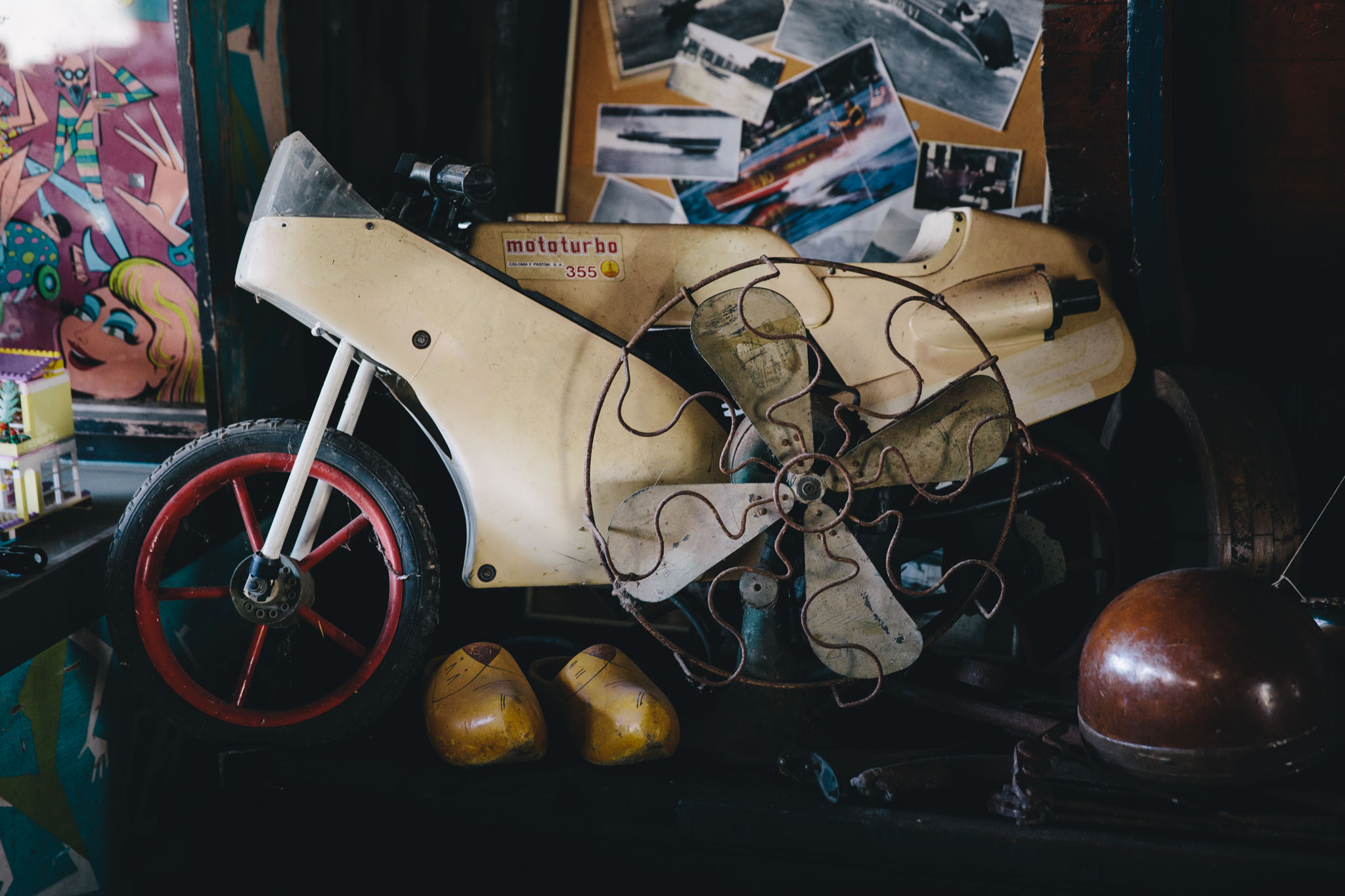 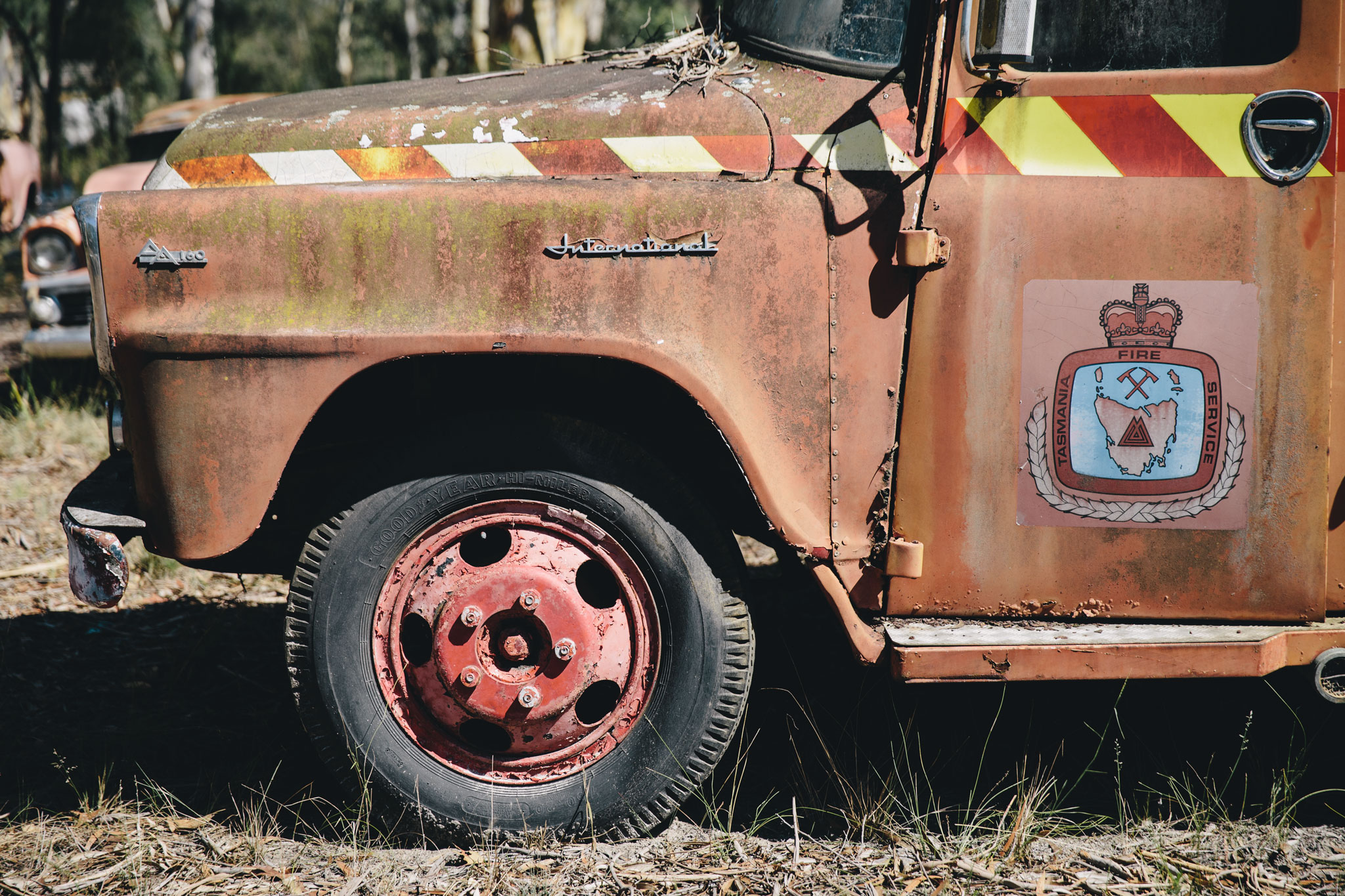 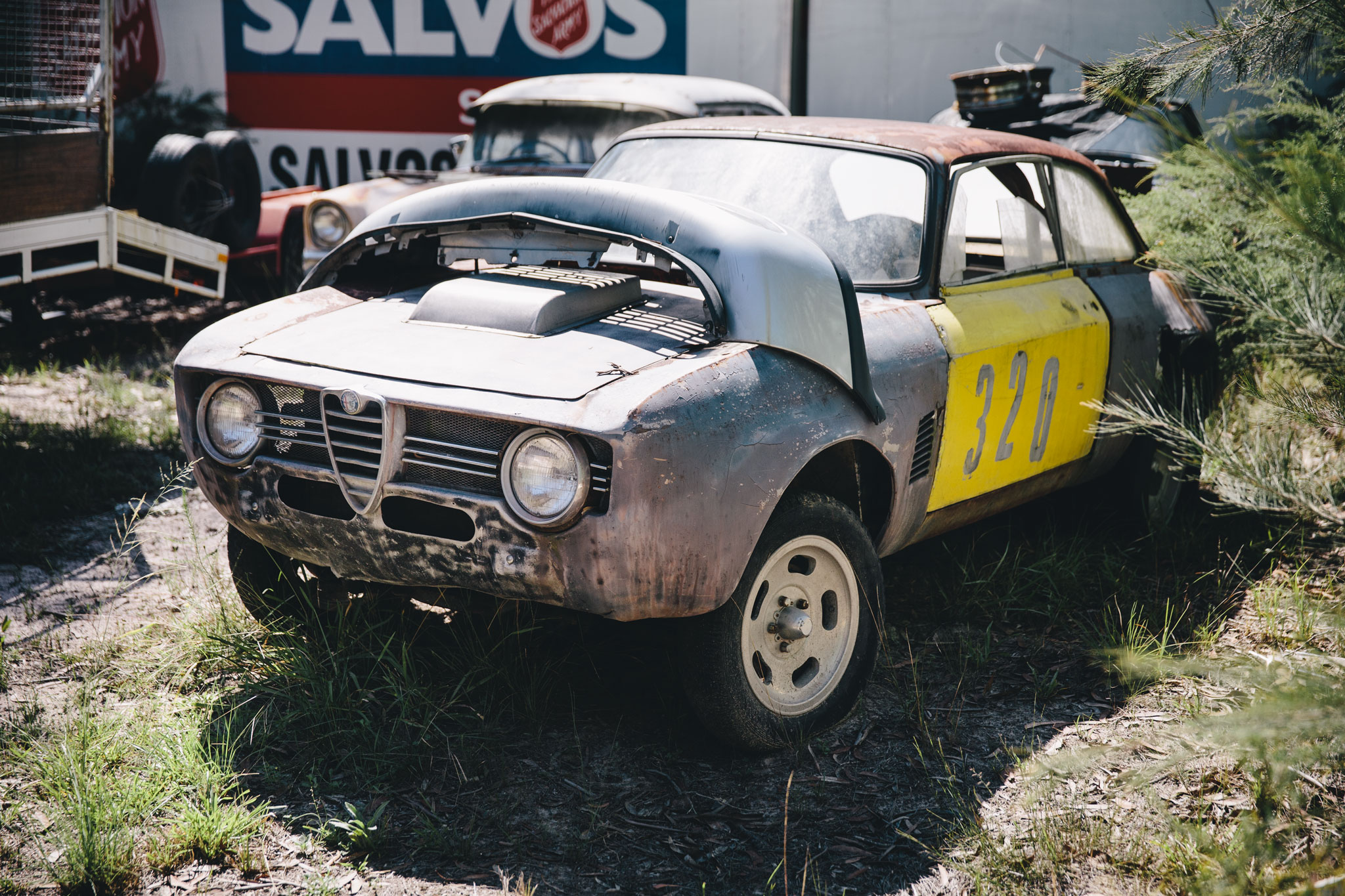 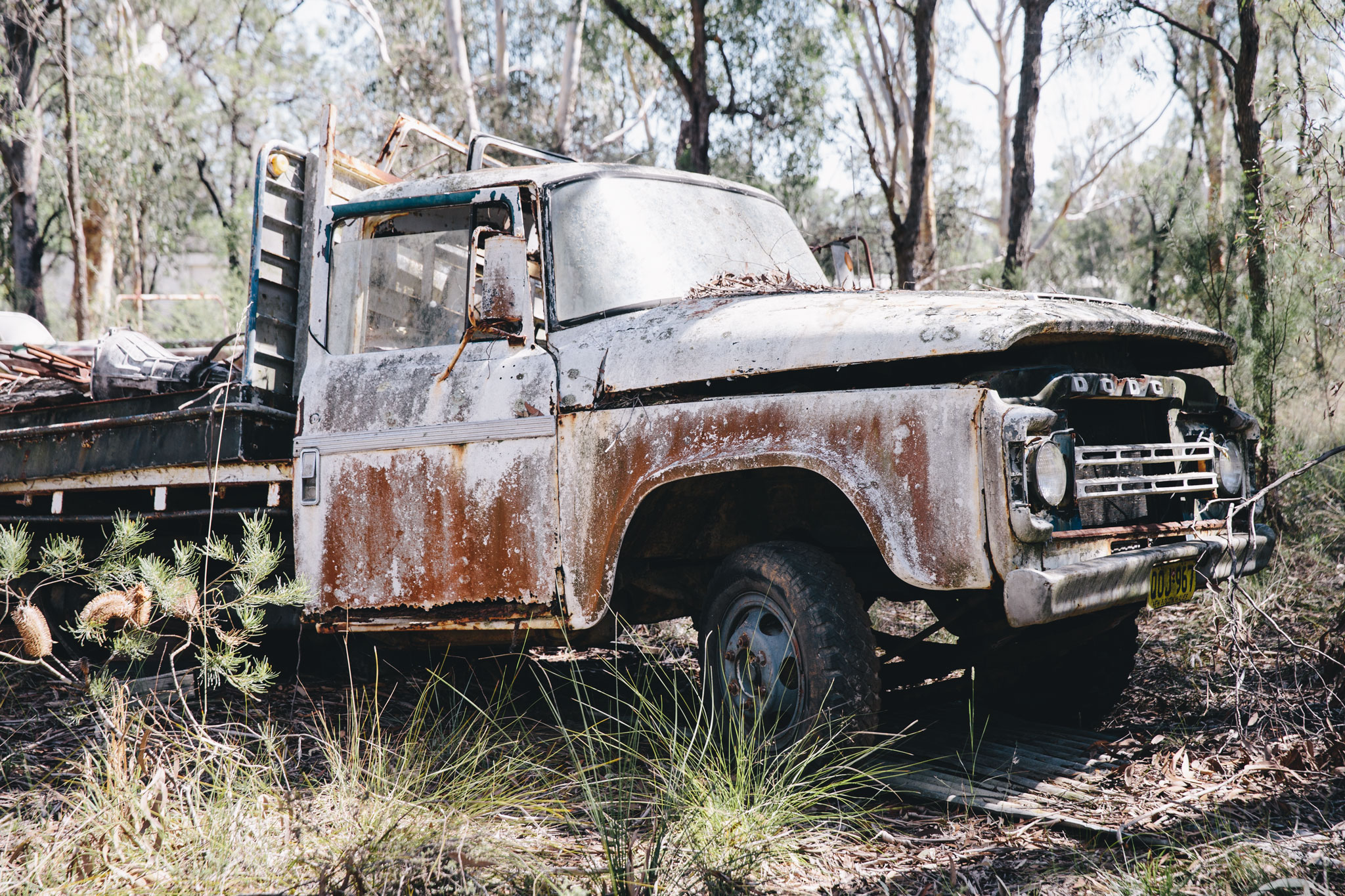 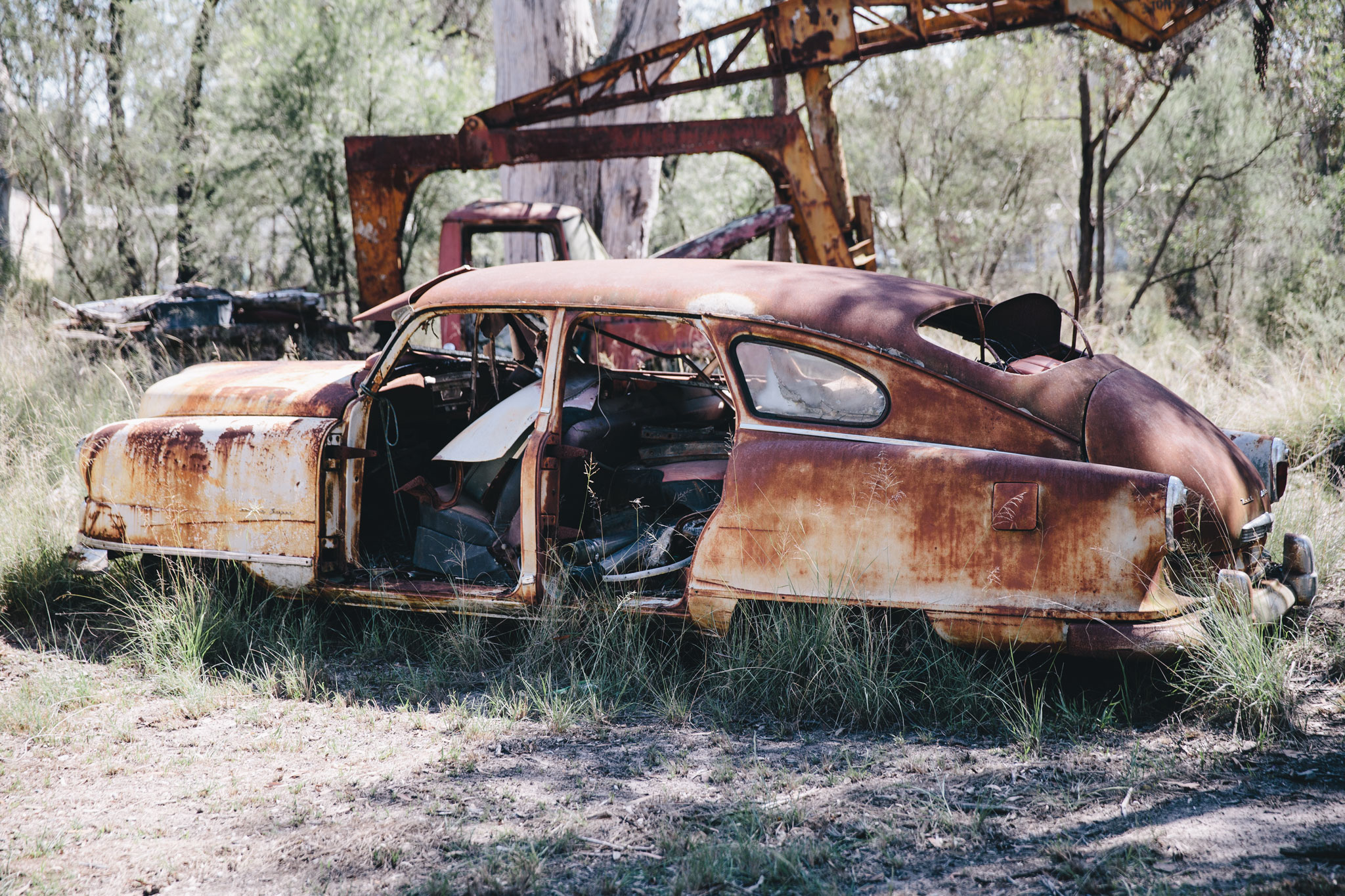