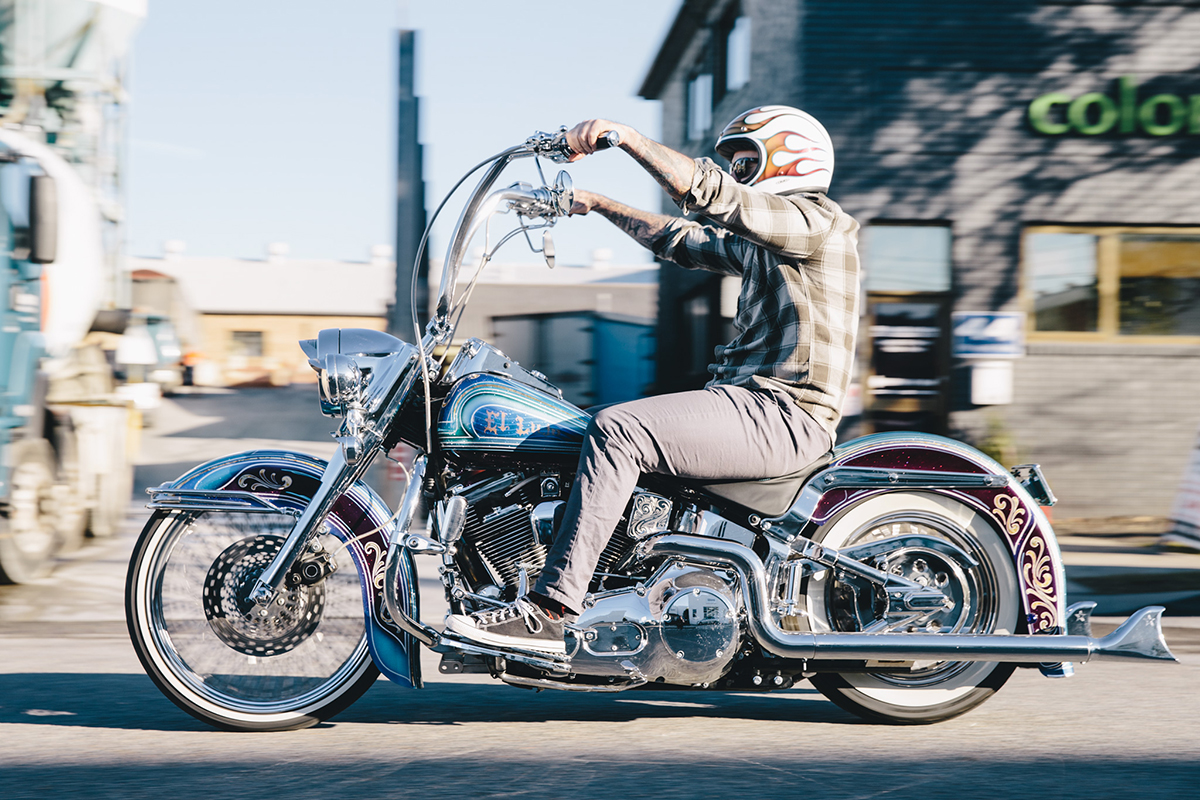 Vicla style motorcycles were born from the Mexican Lowrider scene in the US. They’re completely blinged out pavement pounders that are all about personalisation. They’re none too common on Aussie roads however, but Smith Concepts and their mate Rob have chucked their own interpretation of this niche style bike onto the roads of Australia – just make sure you’ve got your sunnies on. 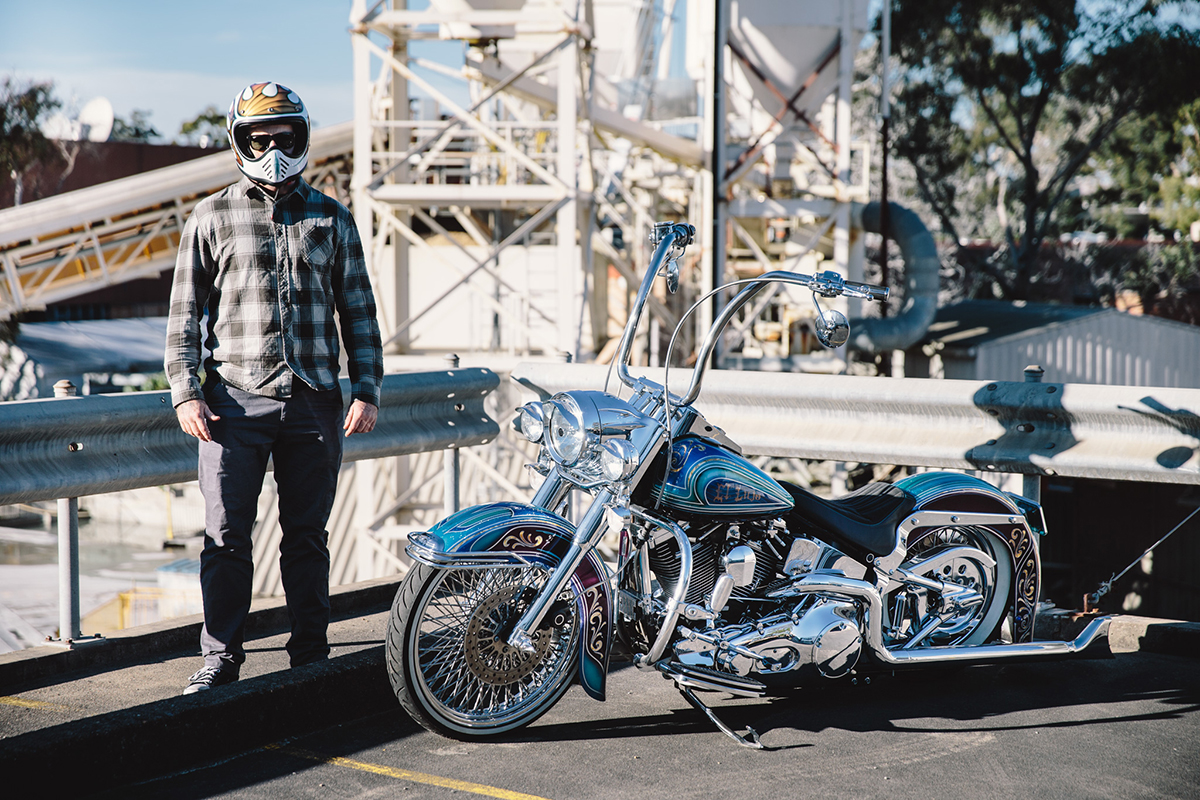 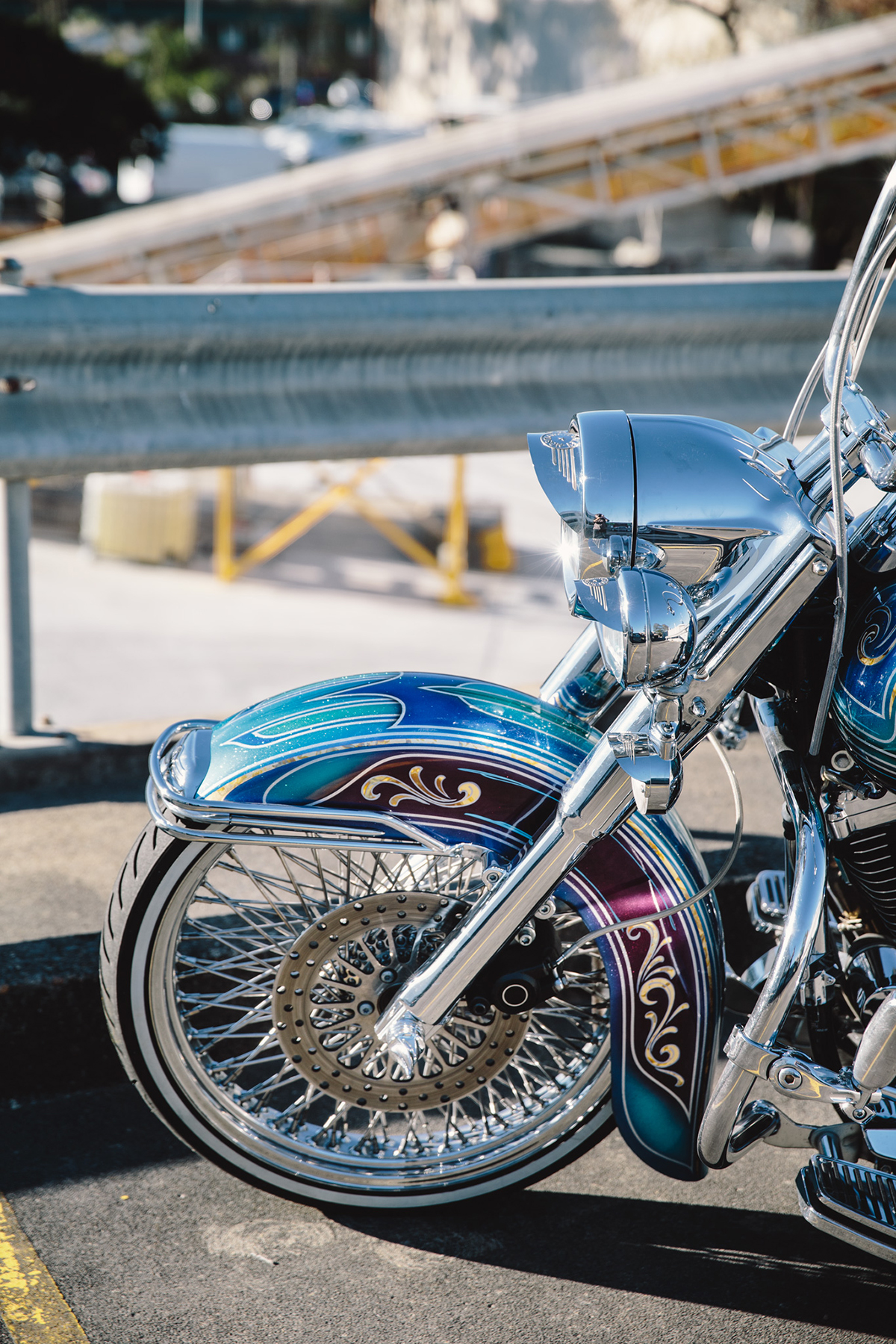 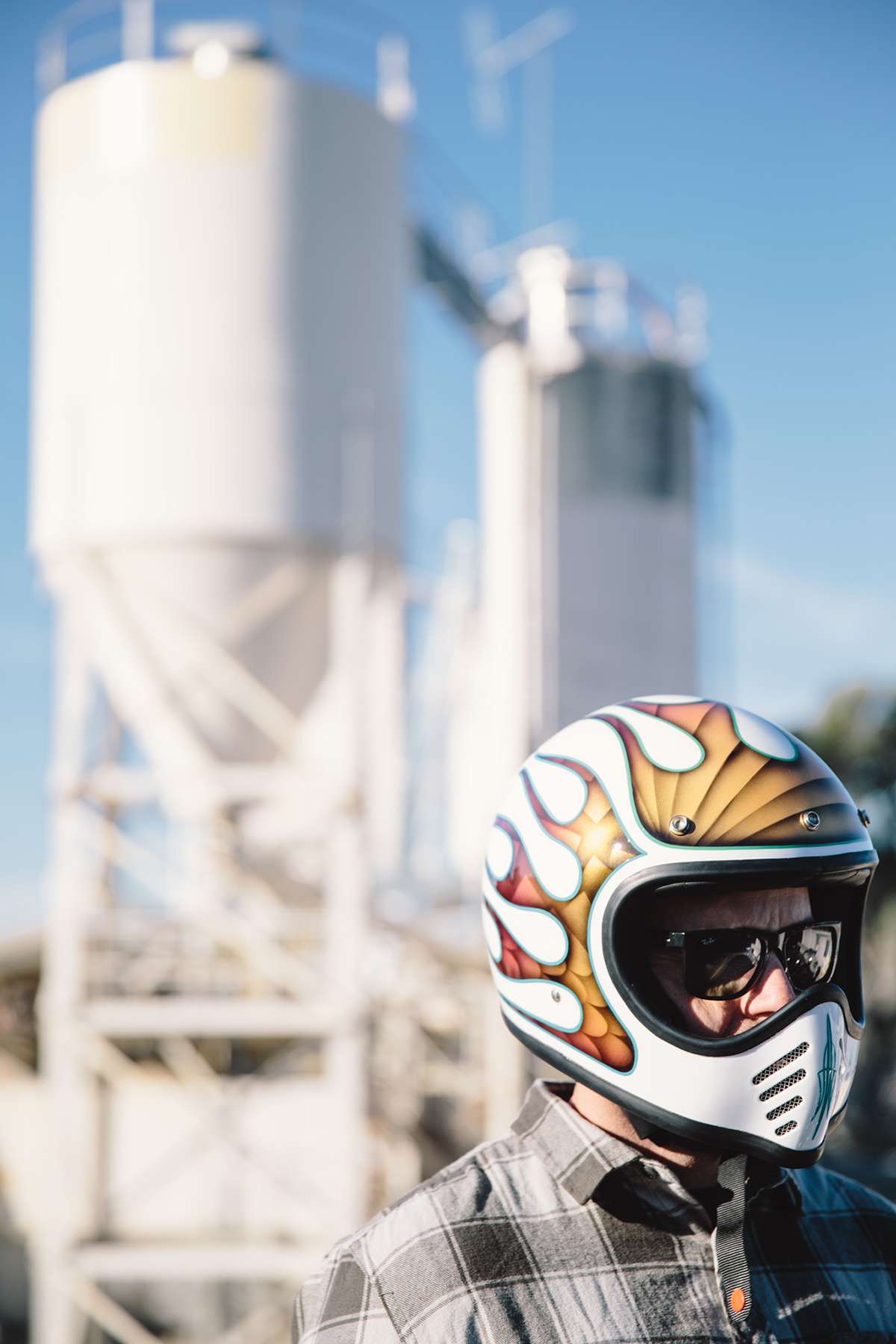 For some time now, Kyle and Rob had been talking about building a bike together, with this particular Mexican Lowrider style in mind. This is a bike you’ll find not too uncommon in the US from Texas to California but scarcely here, so when the bike that would be their blank canvas first popped up on eBay they jumped at the chance to get started. It would then receive the special treatment Smith Concepts are famous for, with some new bling parts to complete the Cholo look. 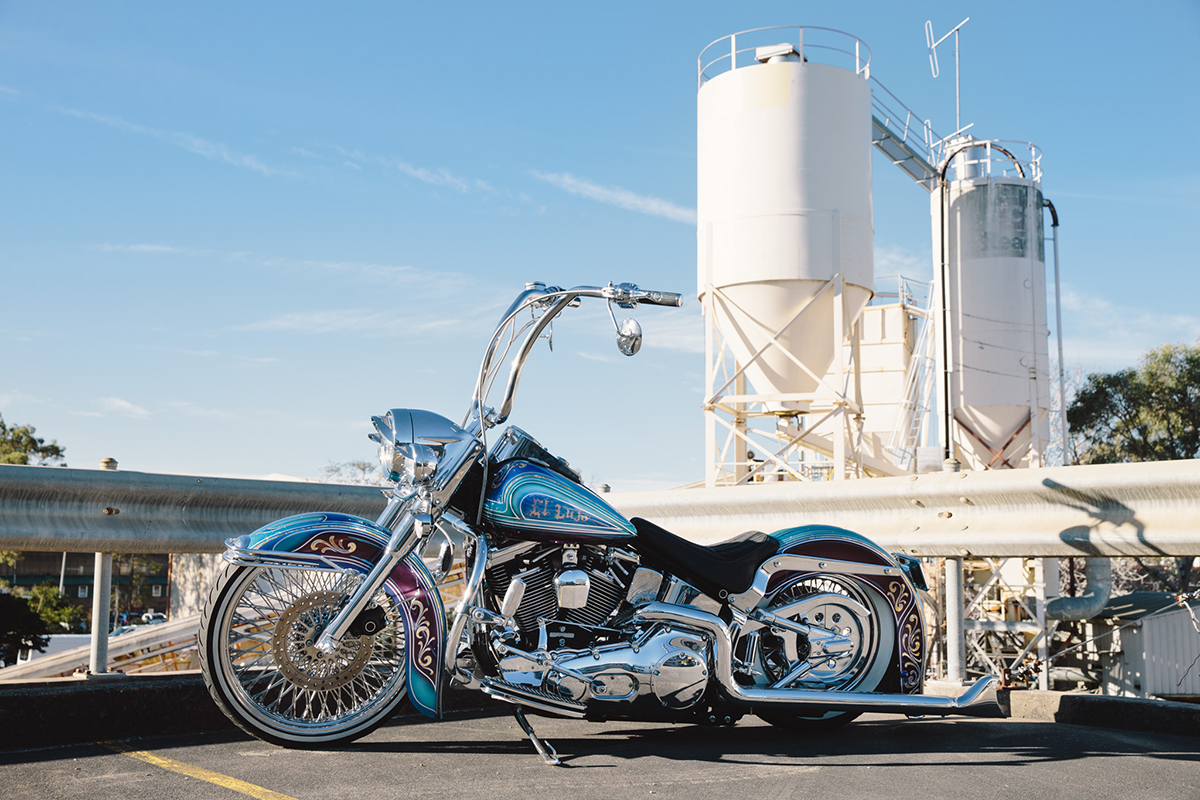 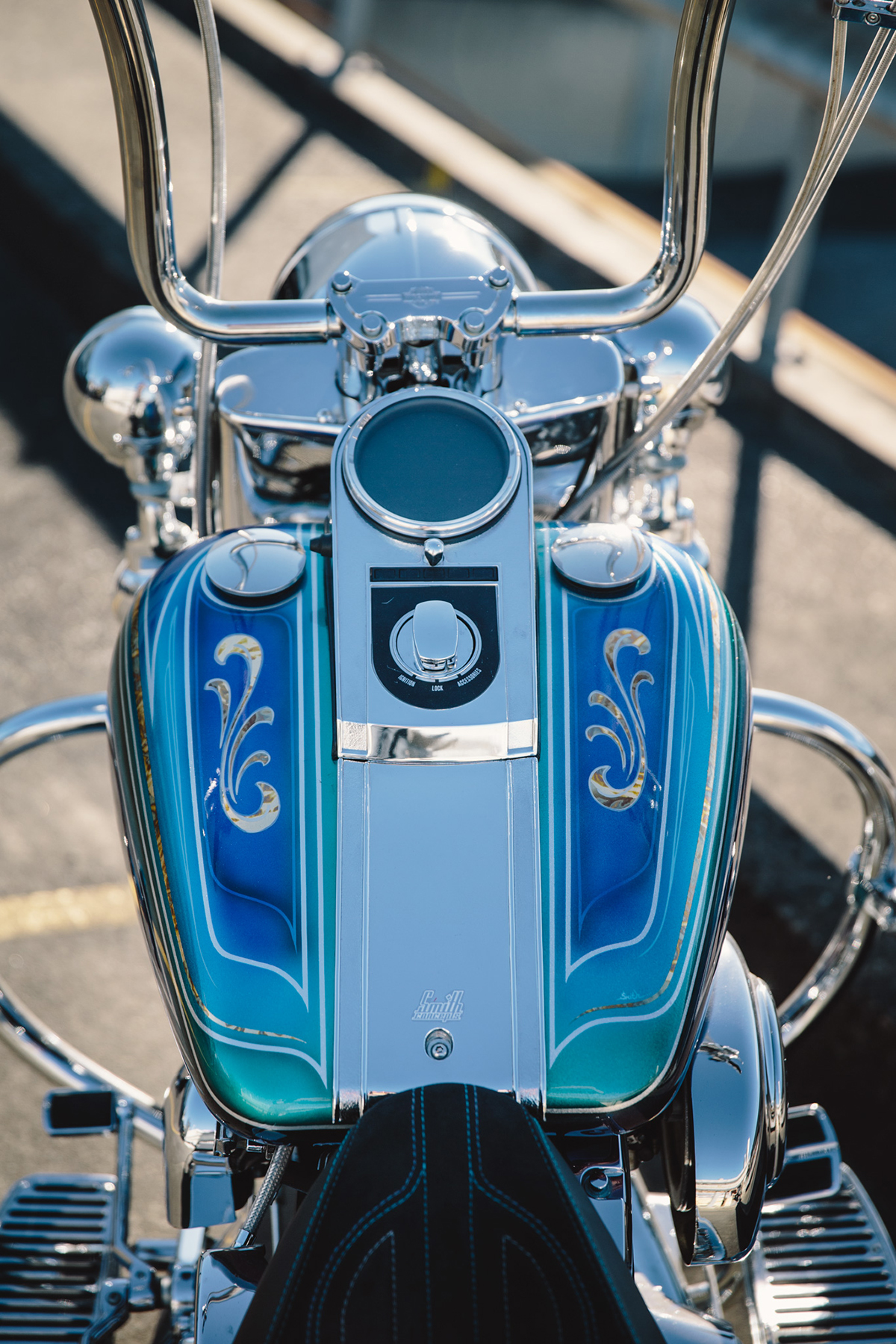 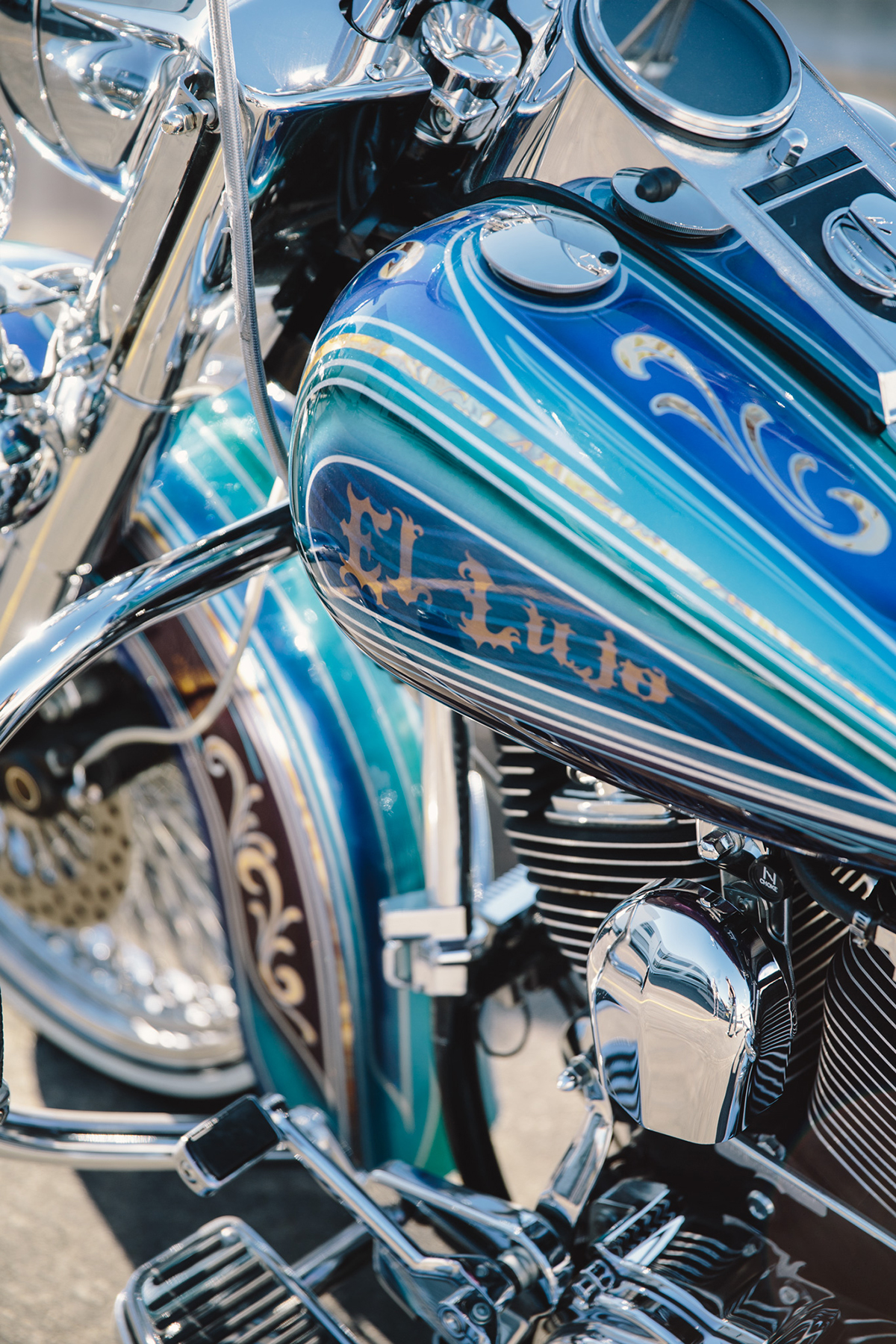 This is a bike that has had every part of it turned up to 11. The 18 inch ape hangers will give your stinky pits plenty of air riding this bling beast around. The rear is equipped with an air bag that makes the low rider stance super low; ants will have to duck to get under this thing. The bars are high and the bottom is low – everything has been exaggerated. 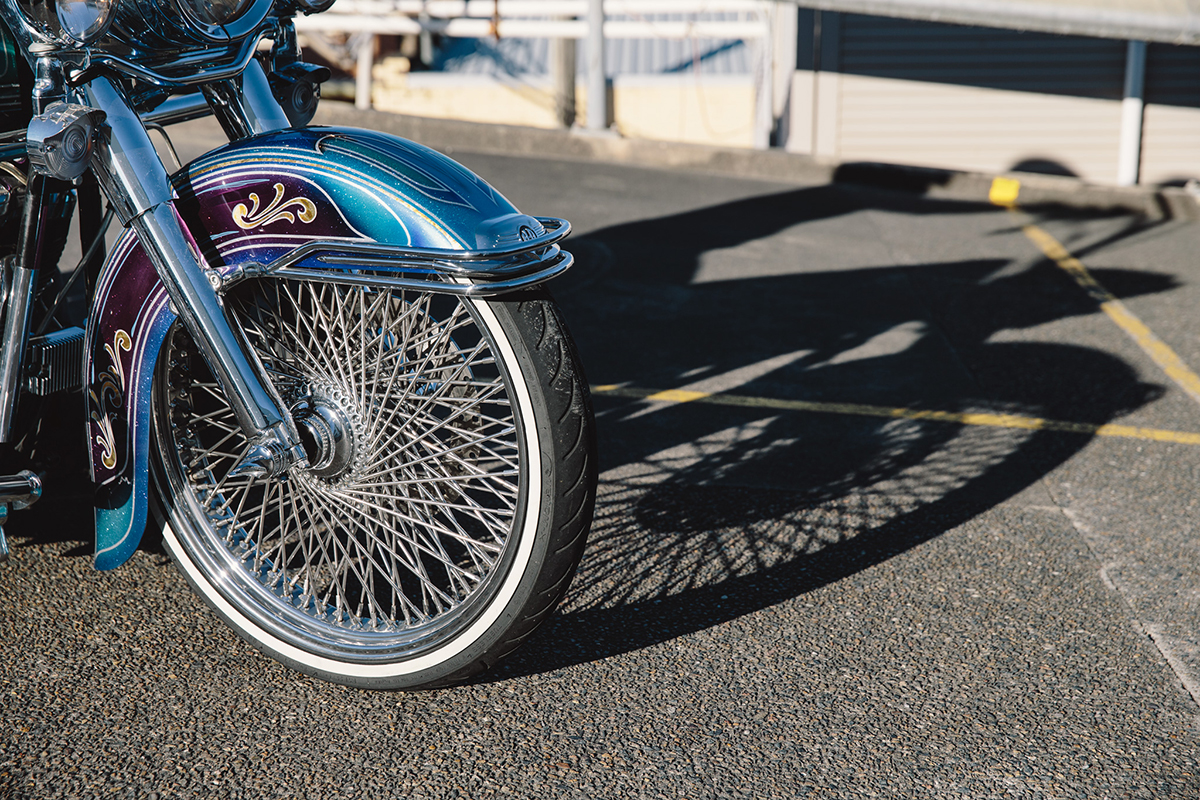 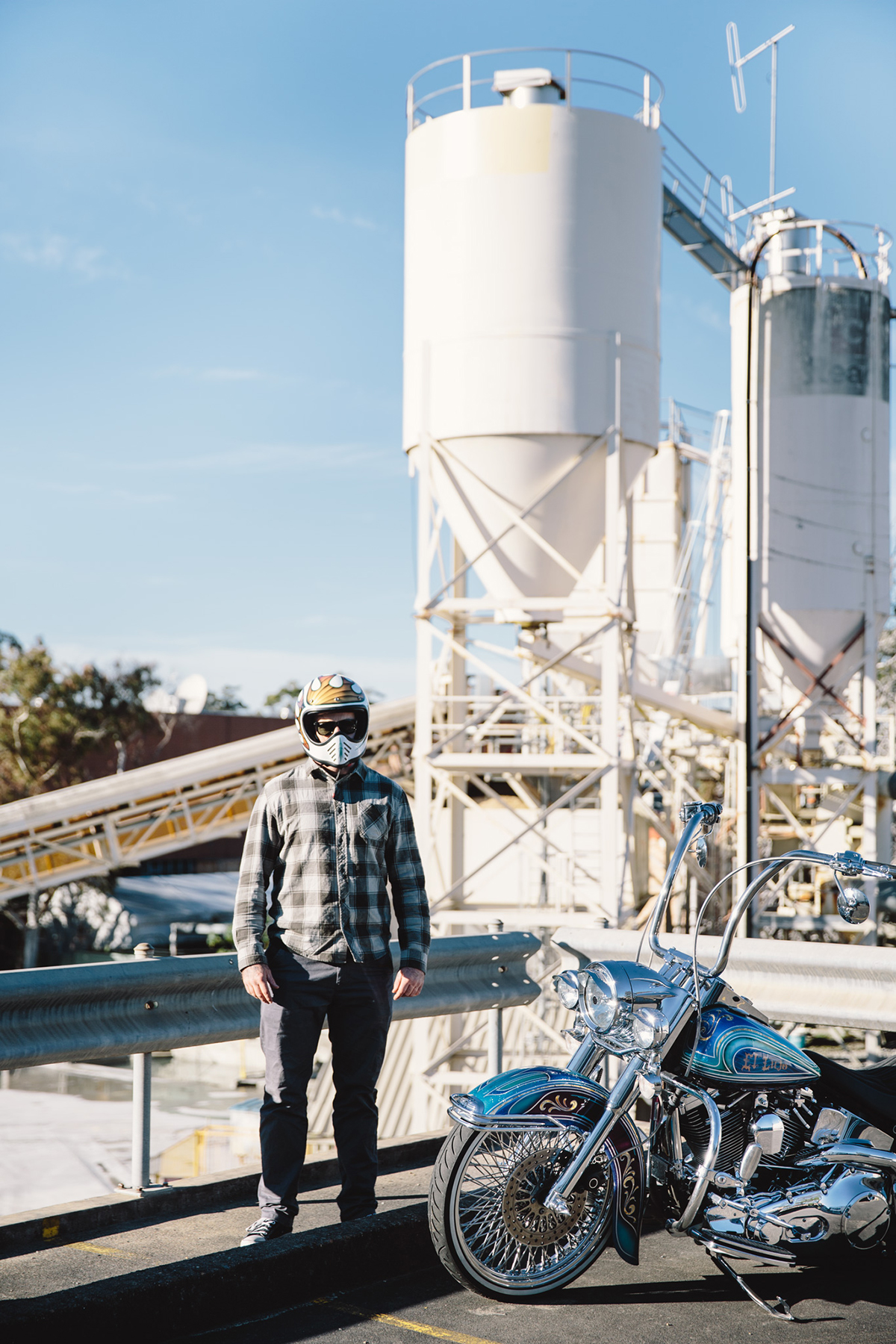 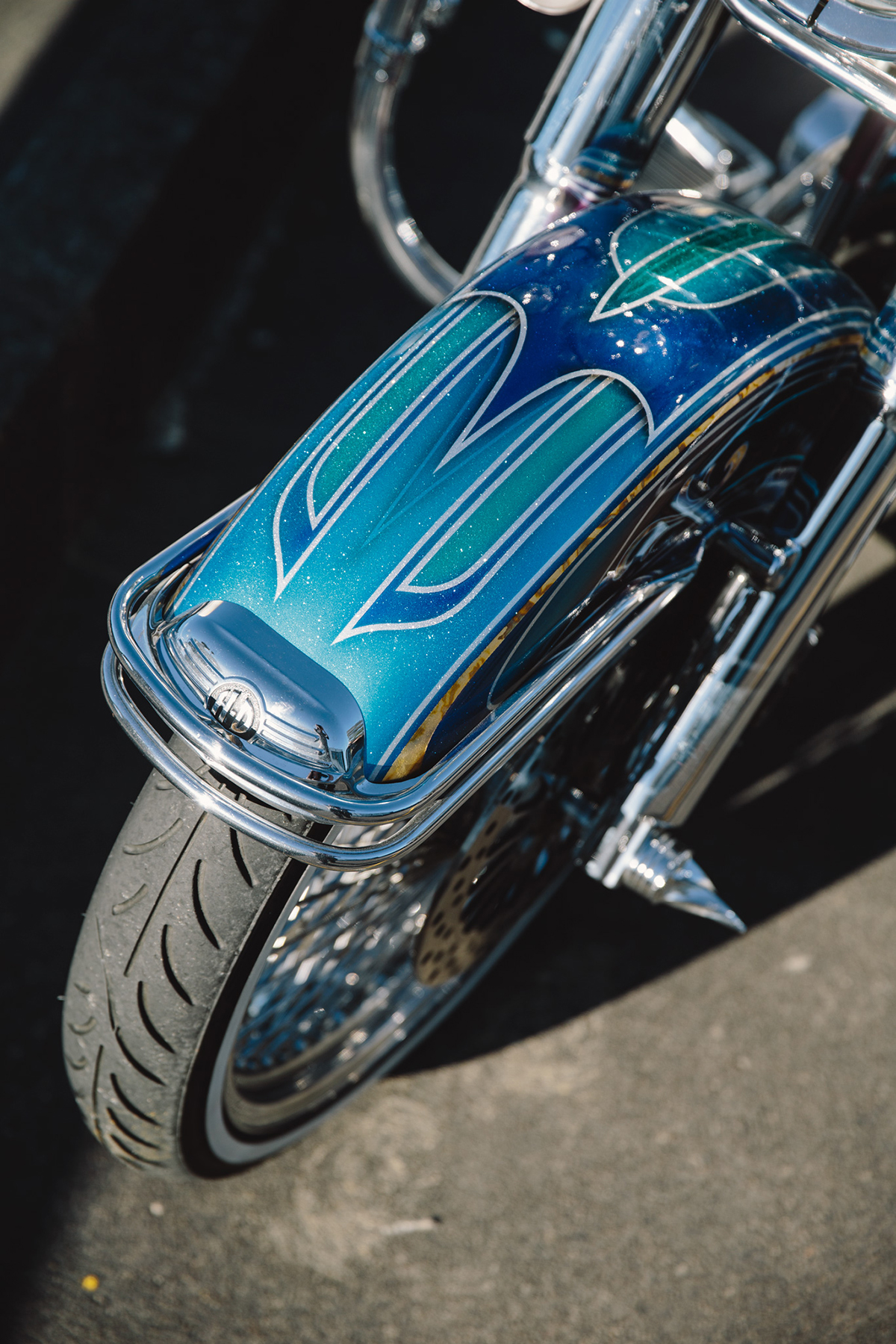 The incredible custom paintwork by Smith Concepts displays a different look depending the way the light hits it. The more light that shines on it, the more you’ll find. Though this was a joint venture, Rob admits his part was somewhat less time consuming “ Personally, I did bugger all except go to the ATM to withdraw money haha! Kyle ripped the bike apart and then resprayed it with the amazing paintwork you see today. Flake, gold leaf and pin striping, the man’s a genius.” From here some new fish tail pipes would be added to give a low, long sweeping profile to the otherwise high bars that stand out at the front of the bike. 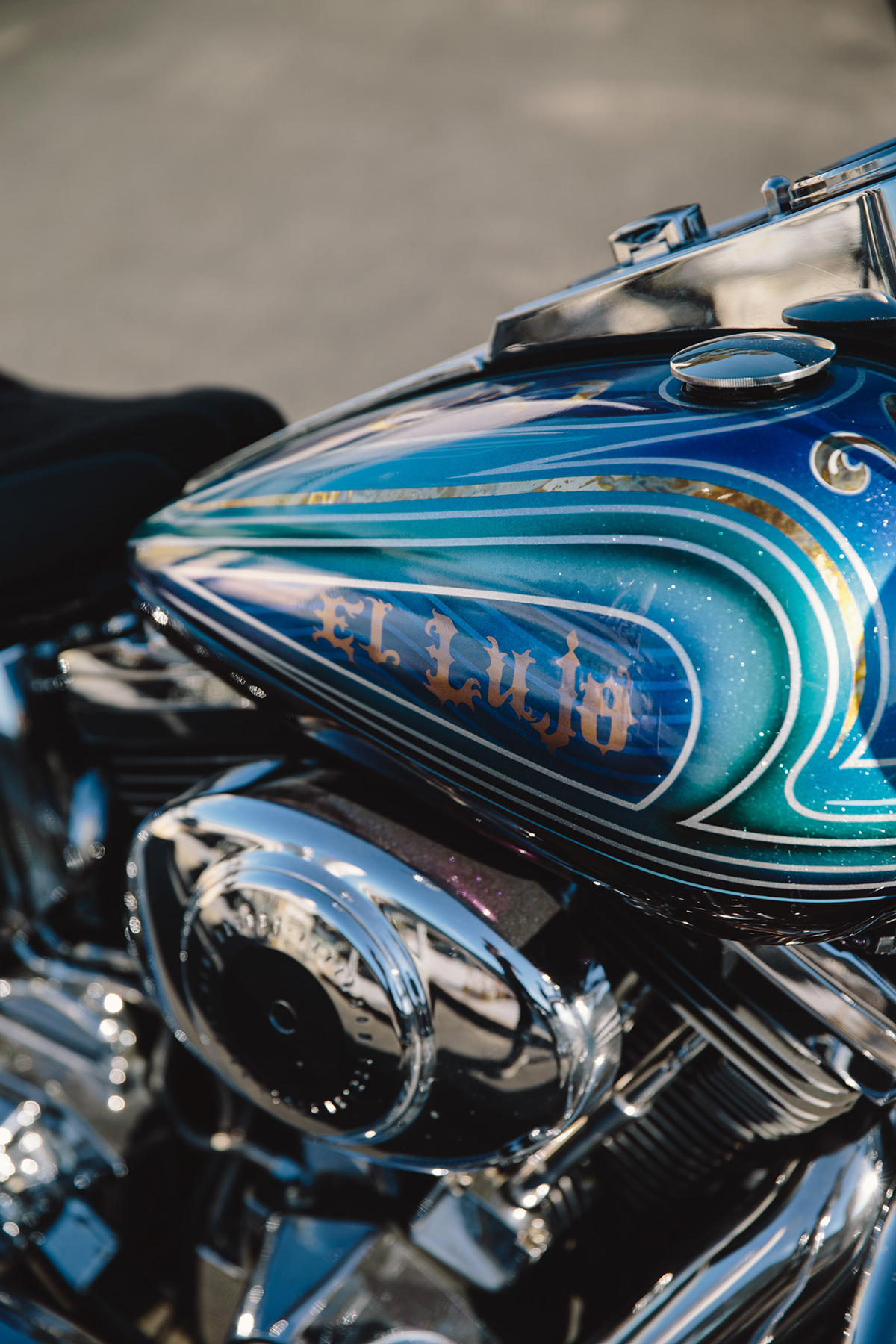 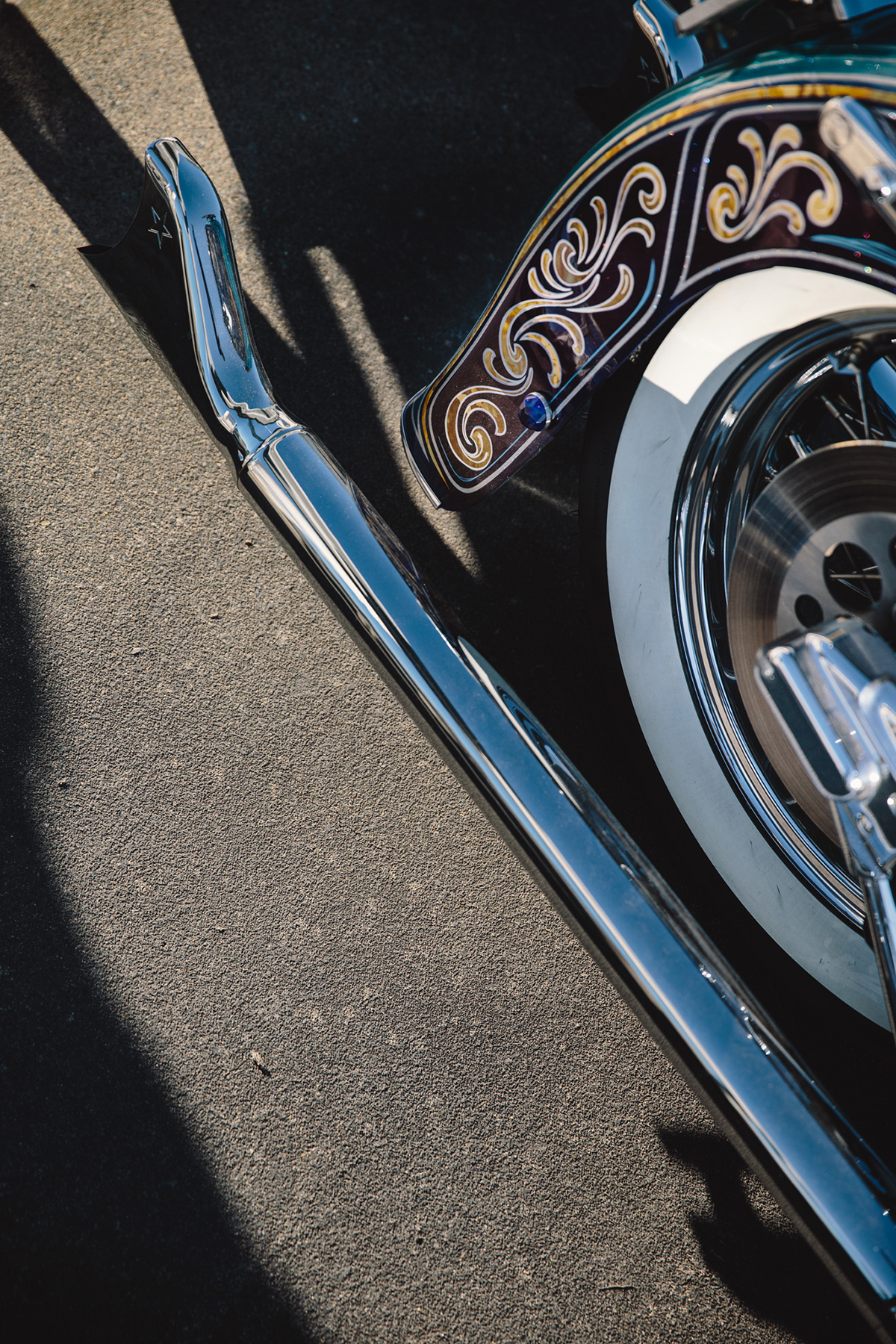 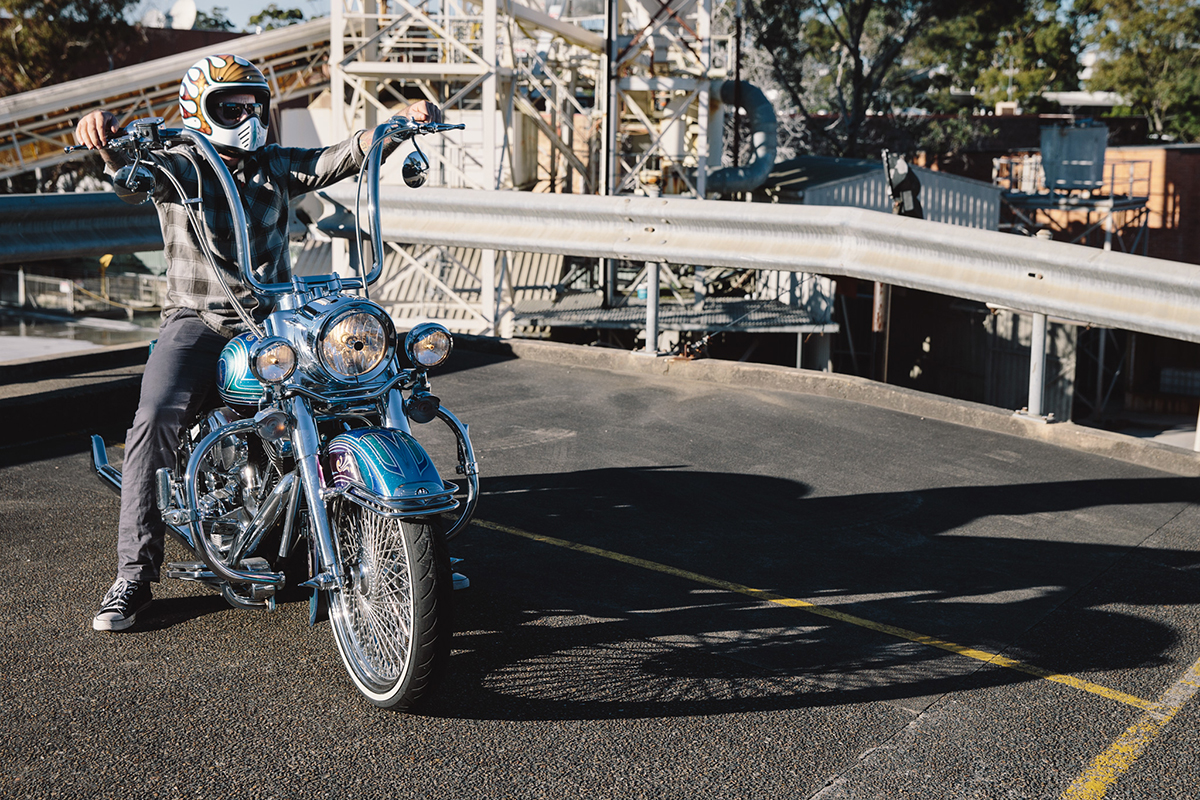 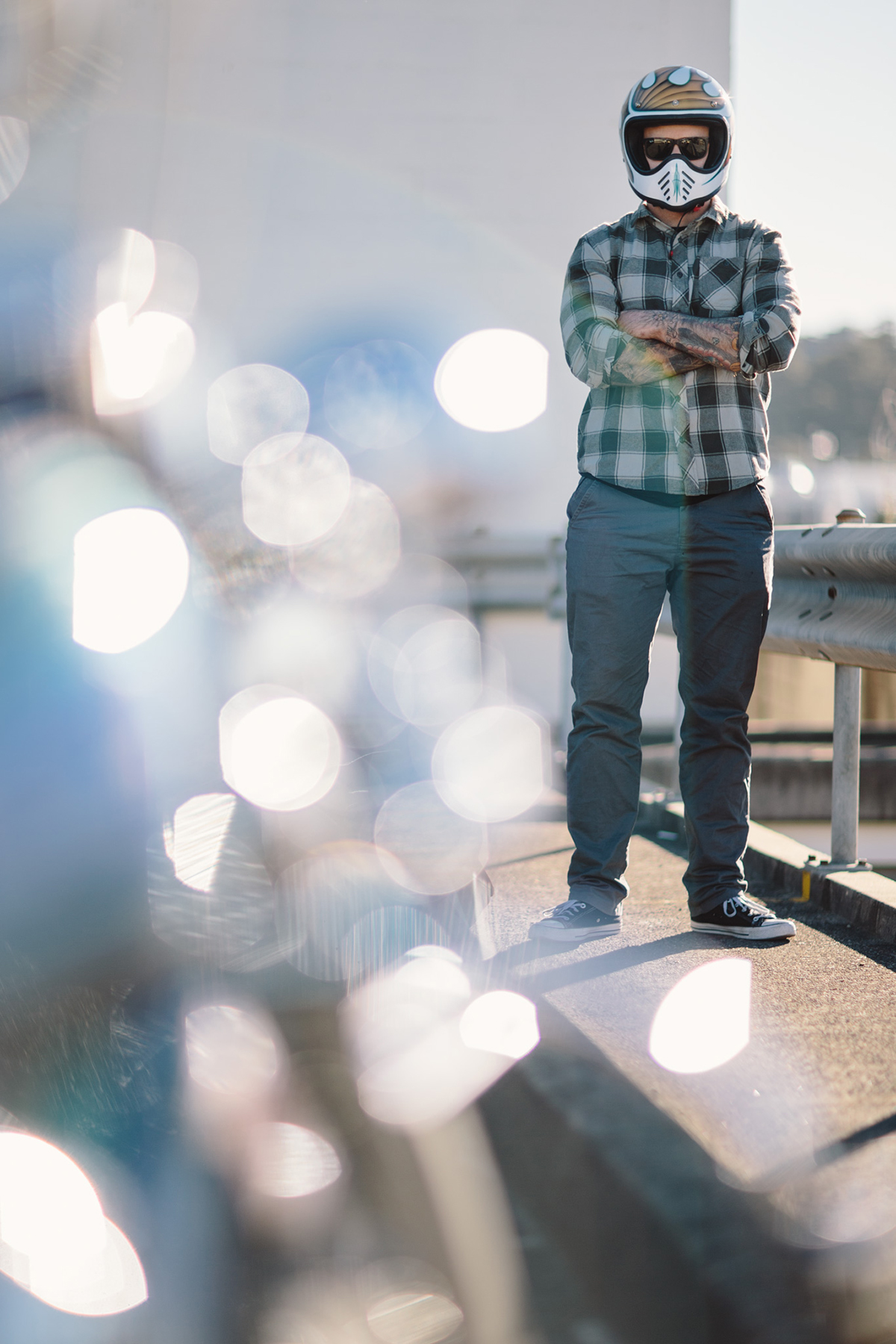 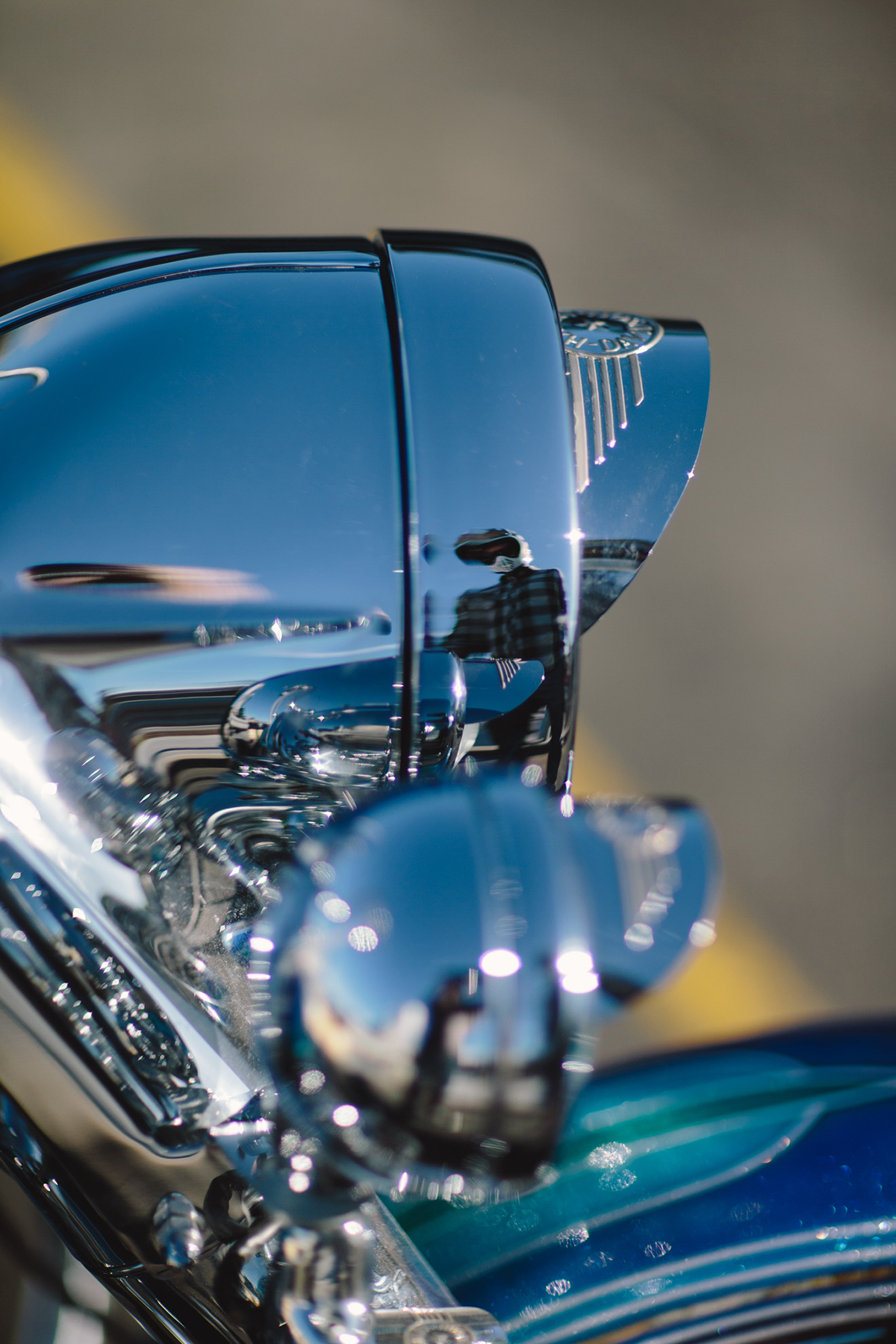 “The paint is what makes this bike in my opinion. From every angle here is something new to look at, and in the sun it looks insane. Adding the air bag to the back gives it the cool low rider stance we were after which then contrasts with the 18” ape hangers which makes it look even lower. The other part I love about this bike is that some people hate it while others love it – that’s what good motorcycle design is in my opinion.”

‘El Lujo’ is for sale, so if you want a piece of ultra-bling Click Here. 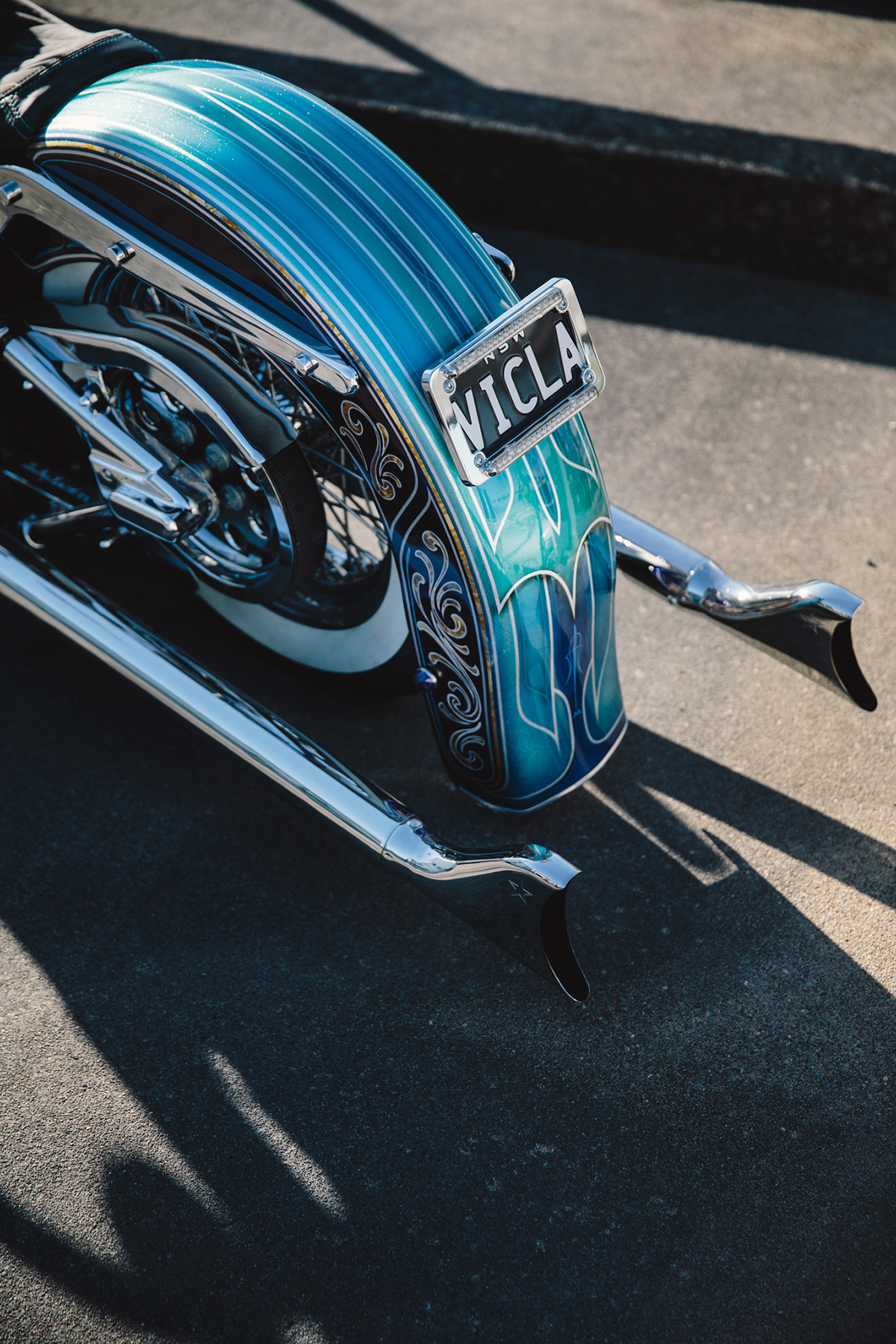 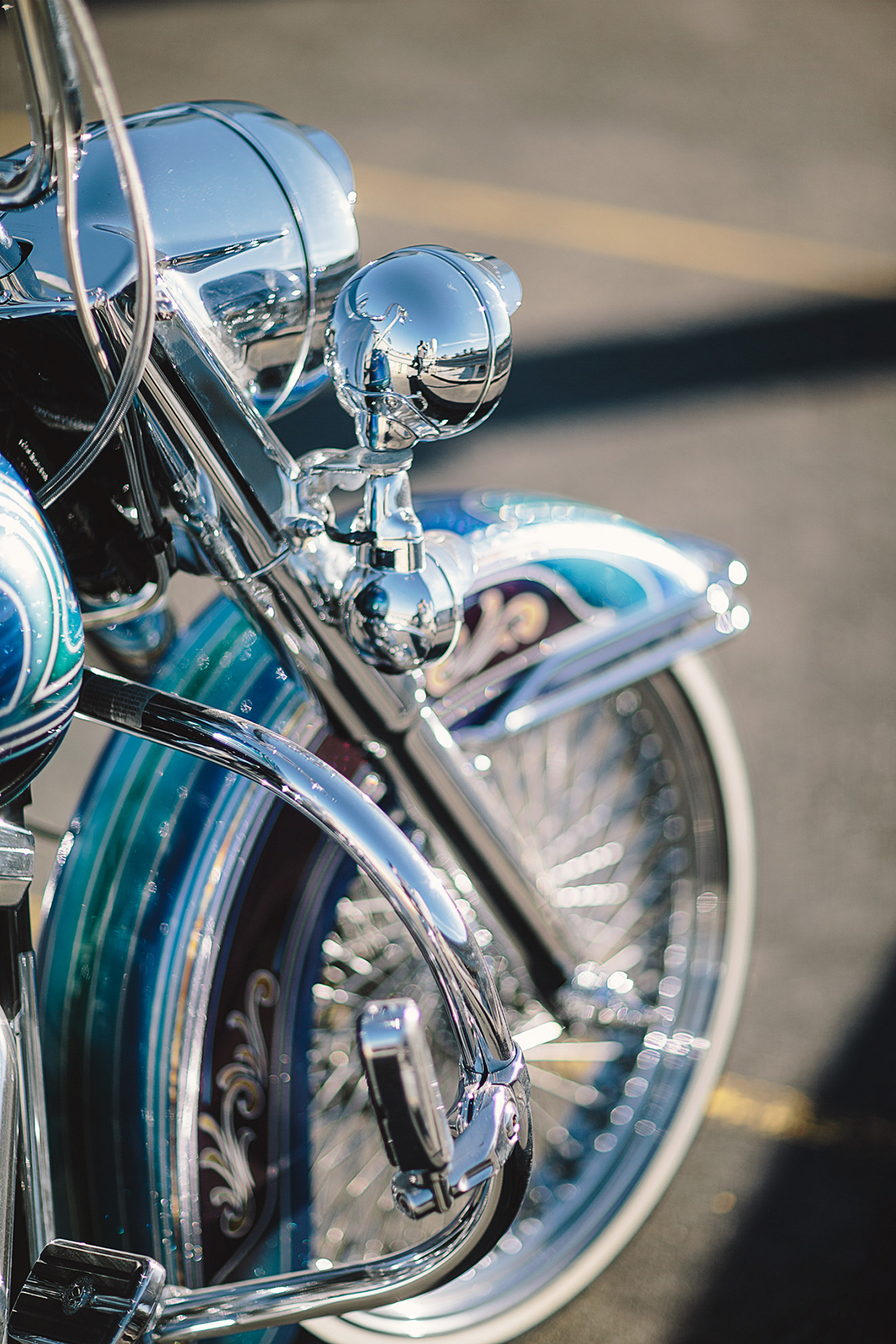 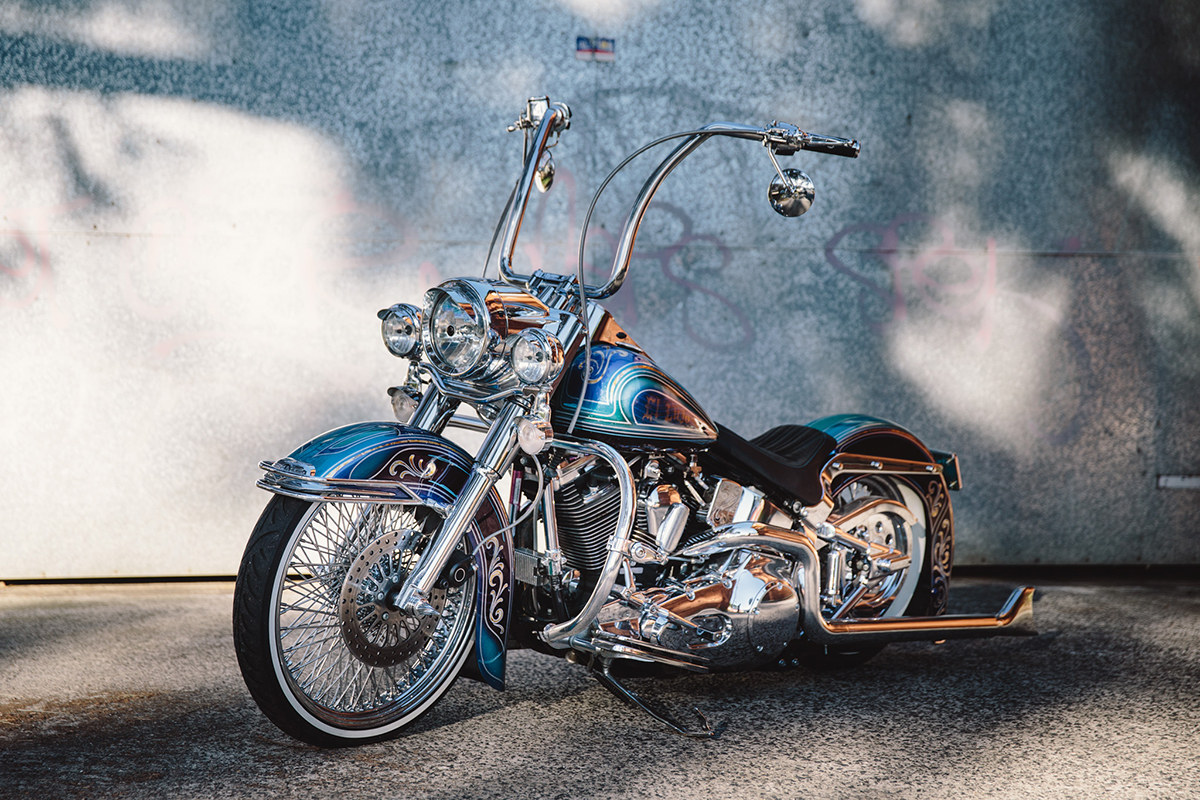 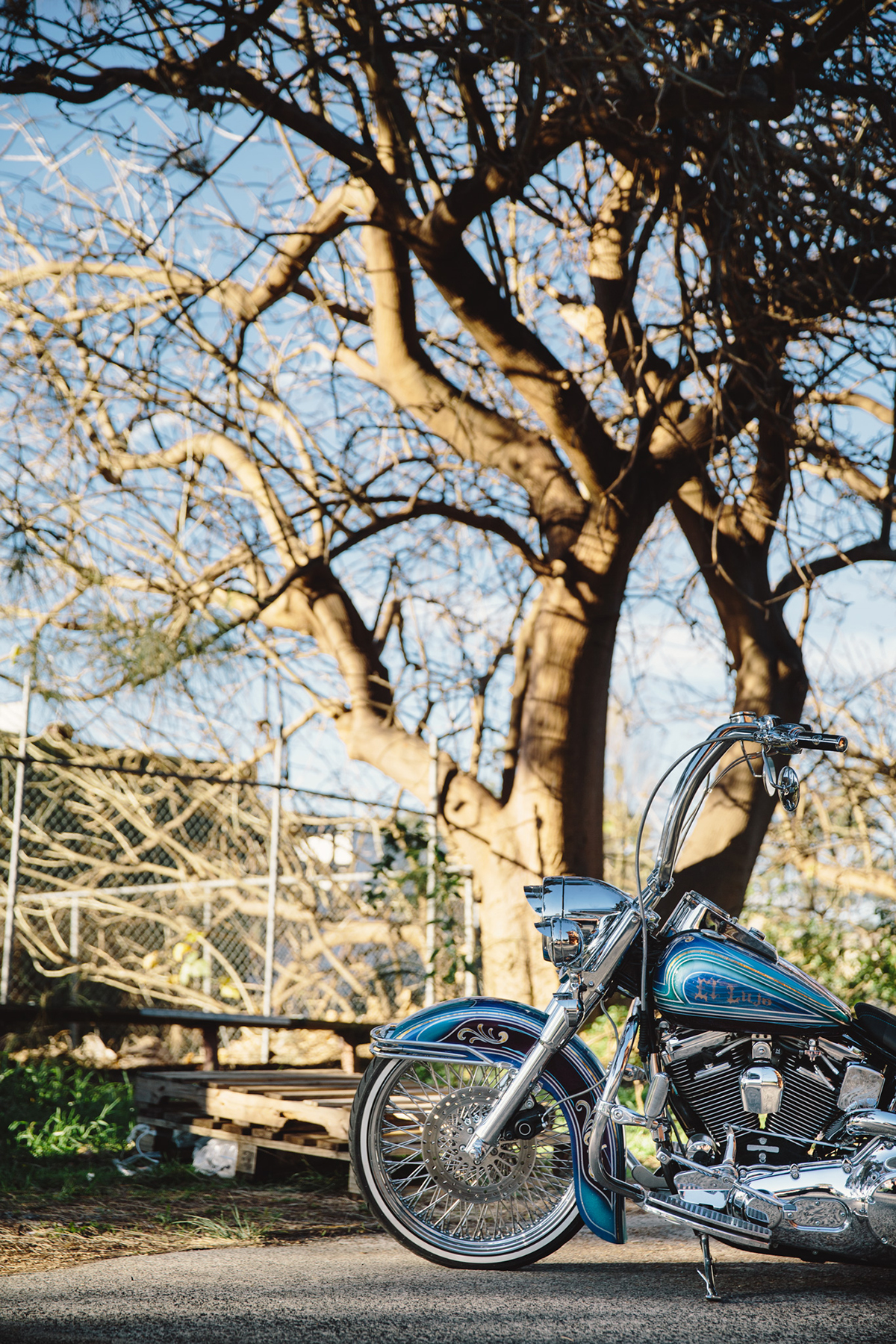 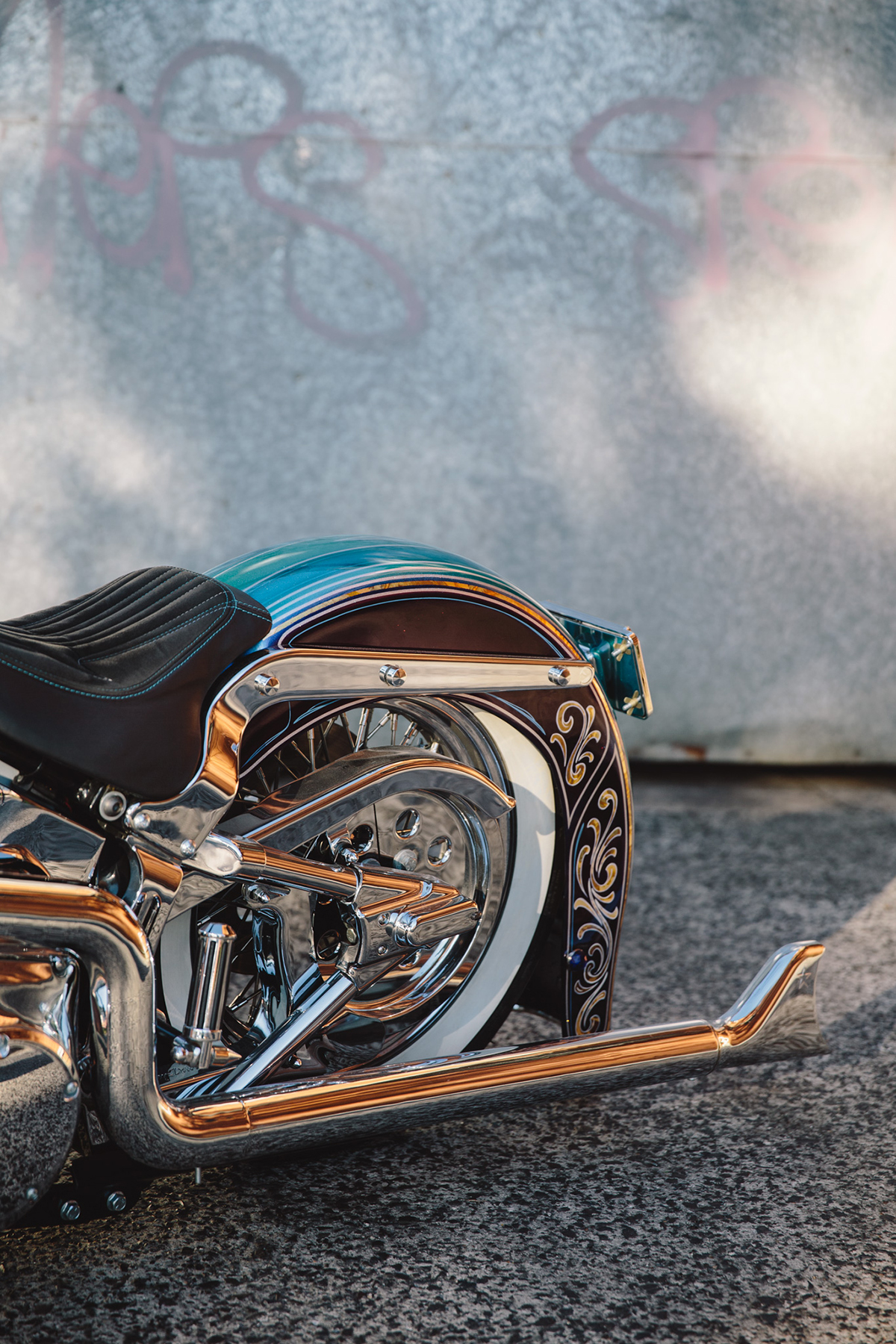 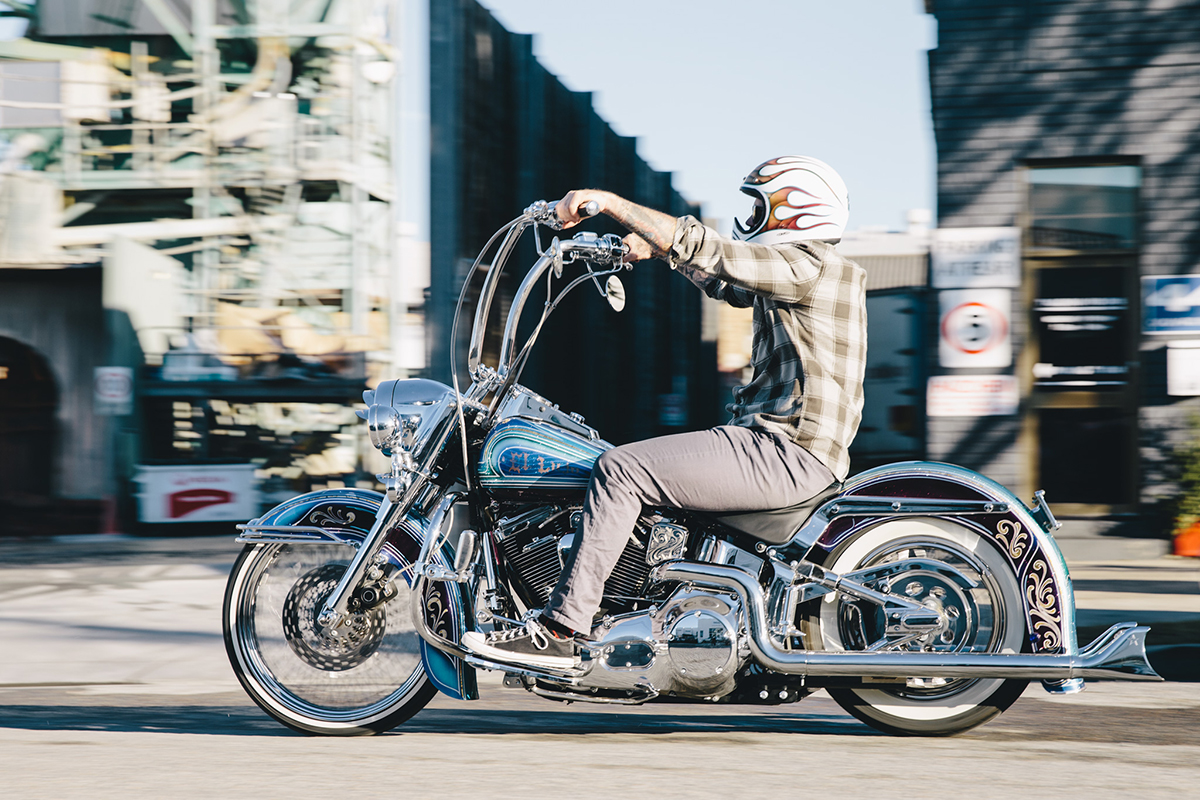 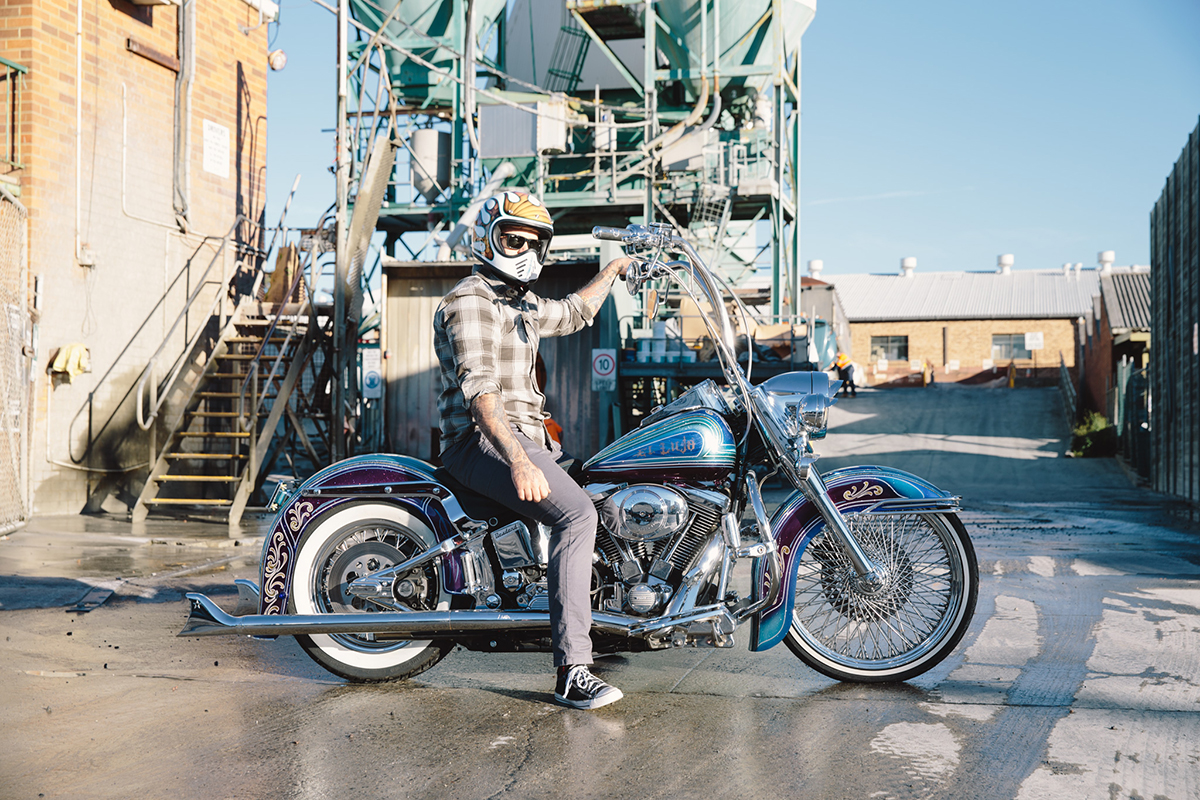 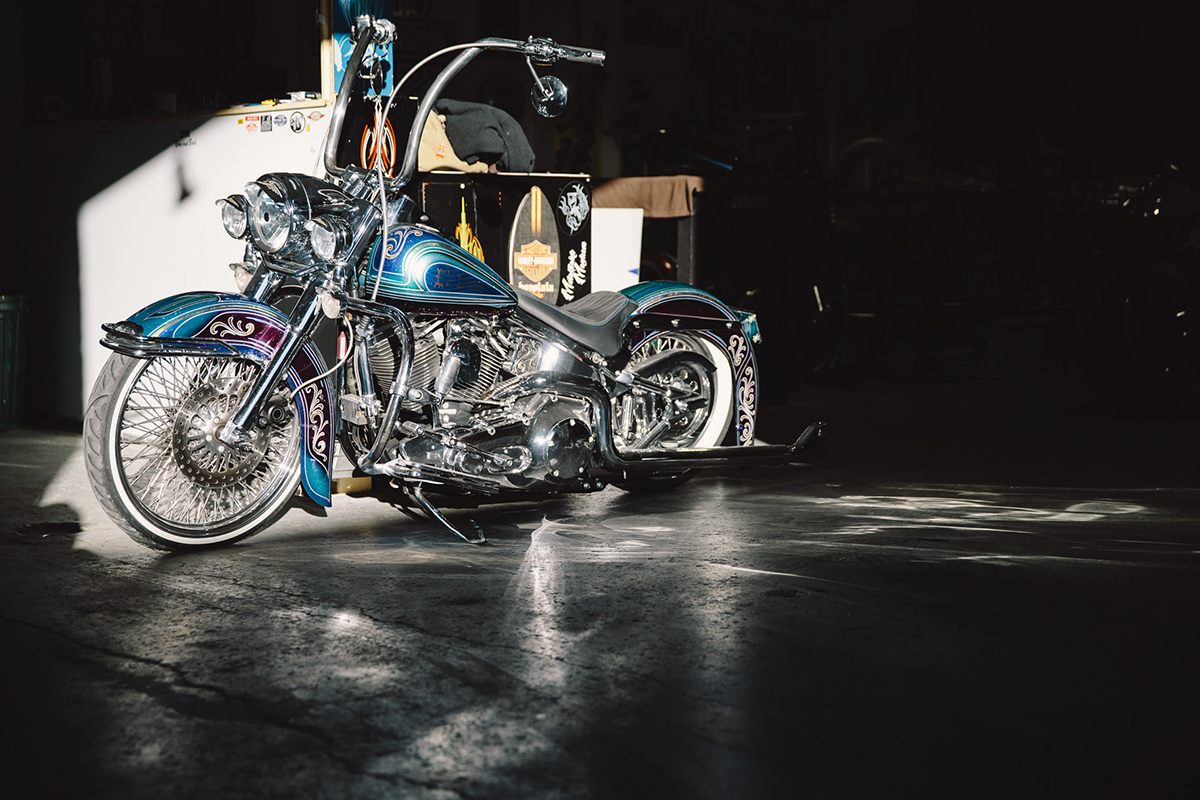 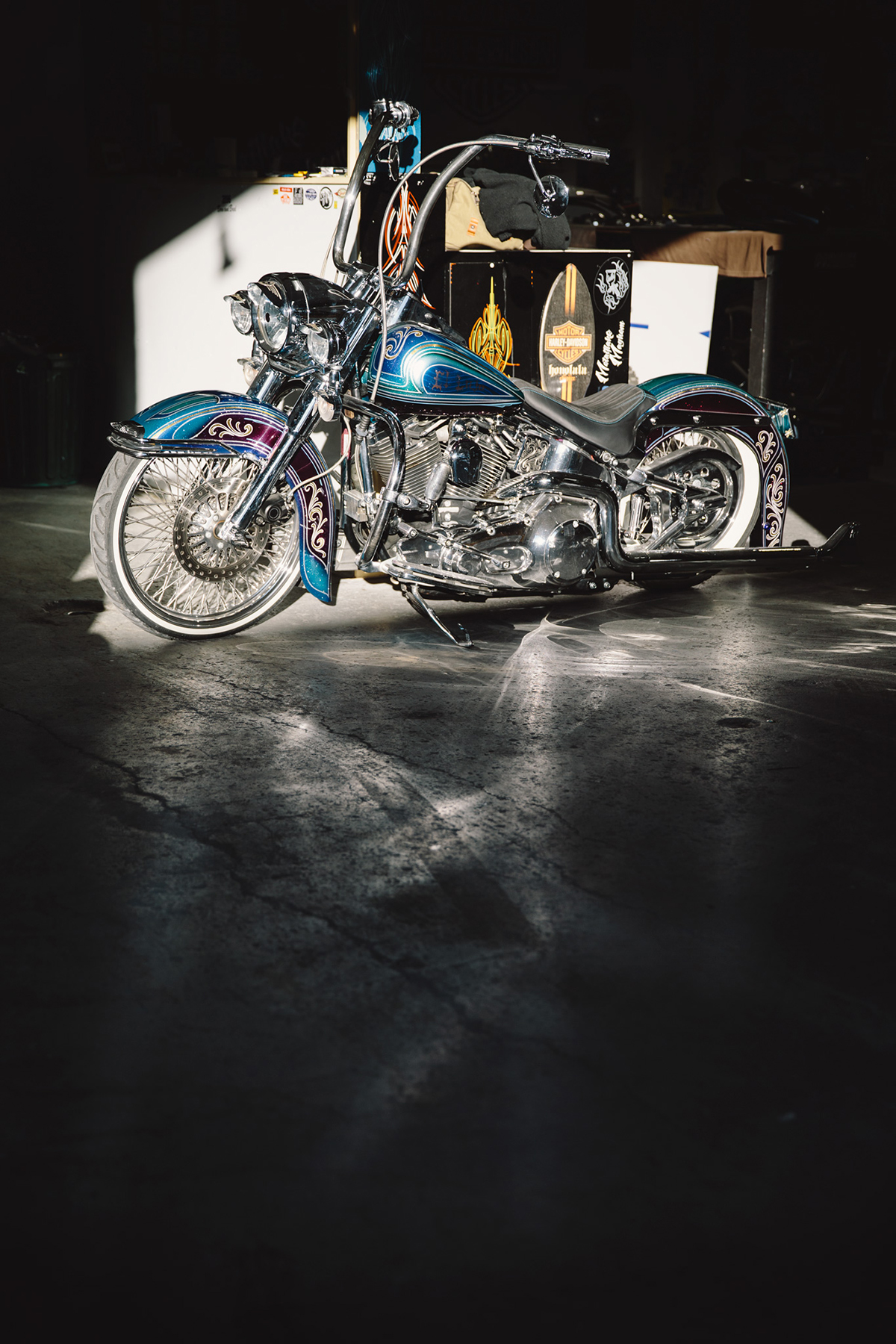 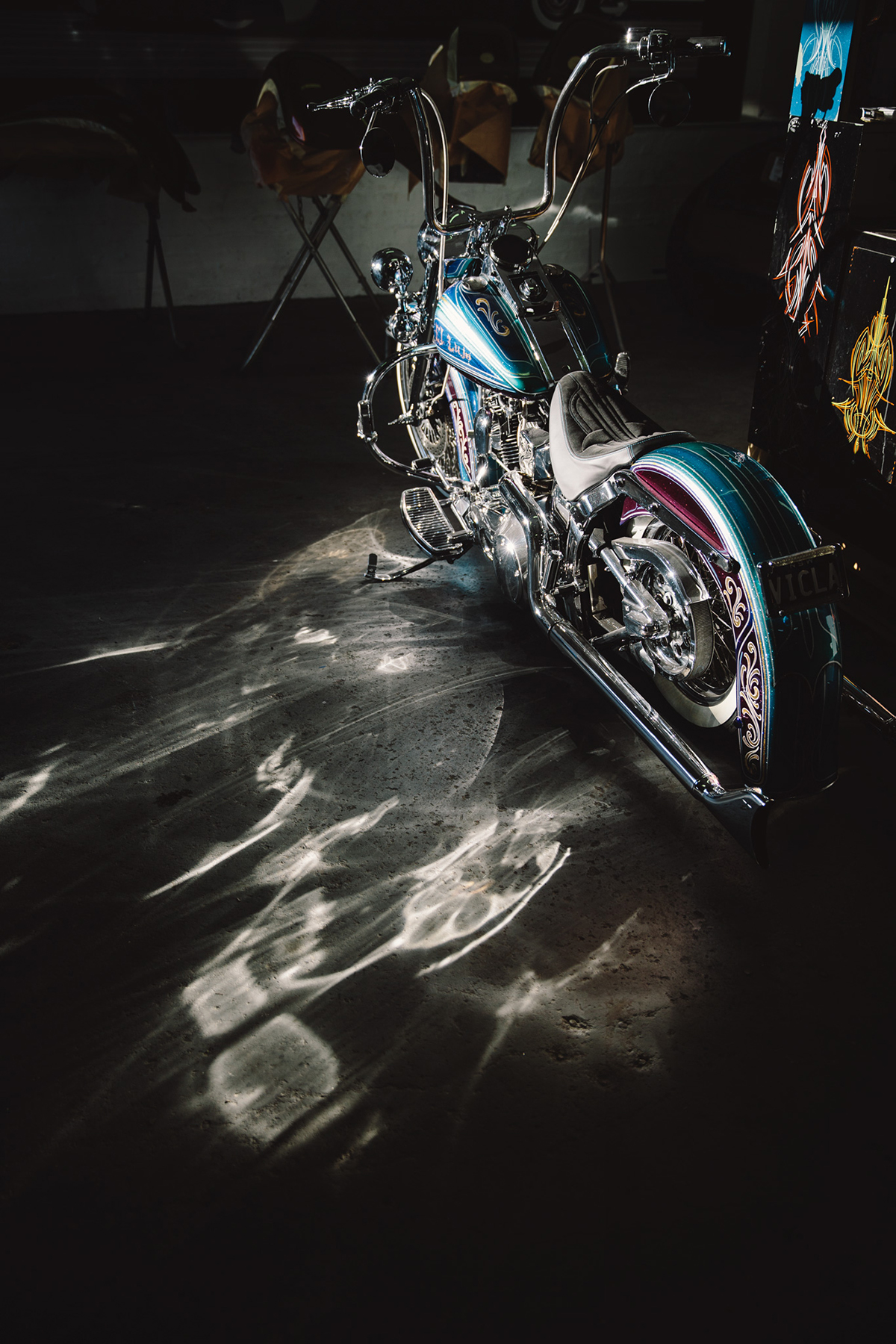 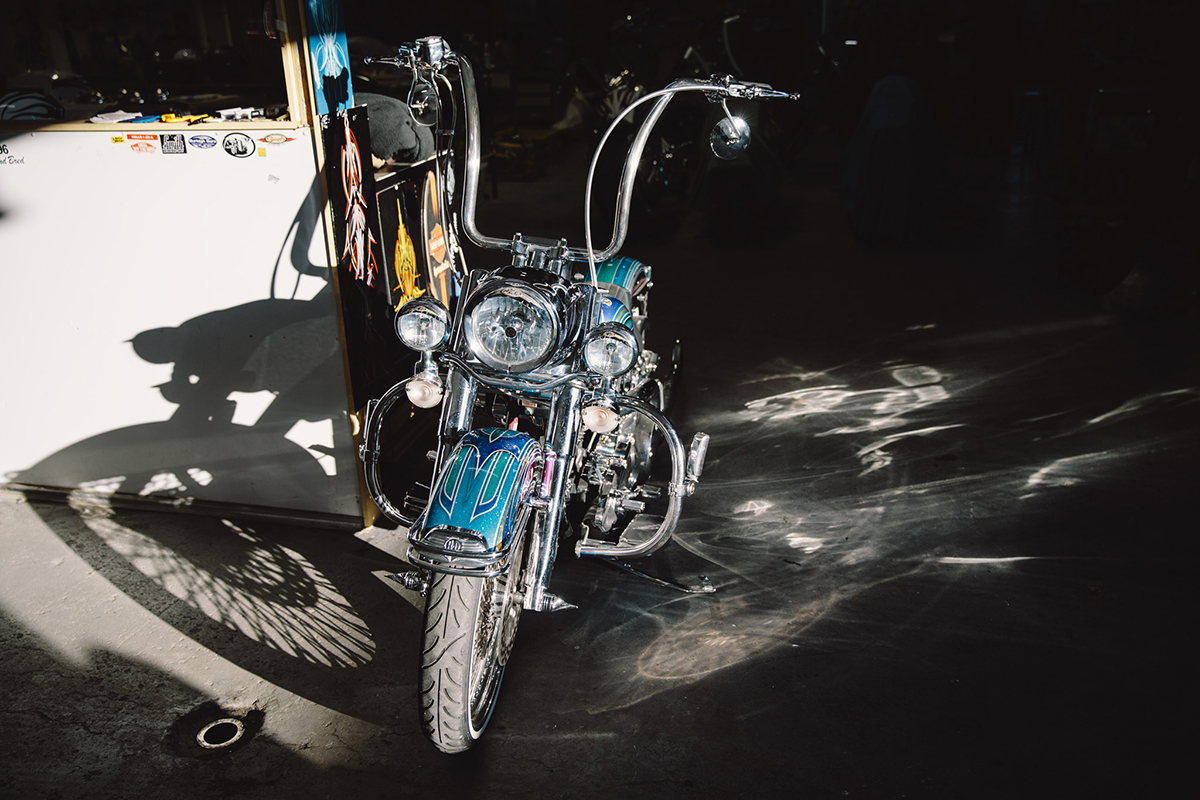 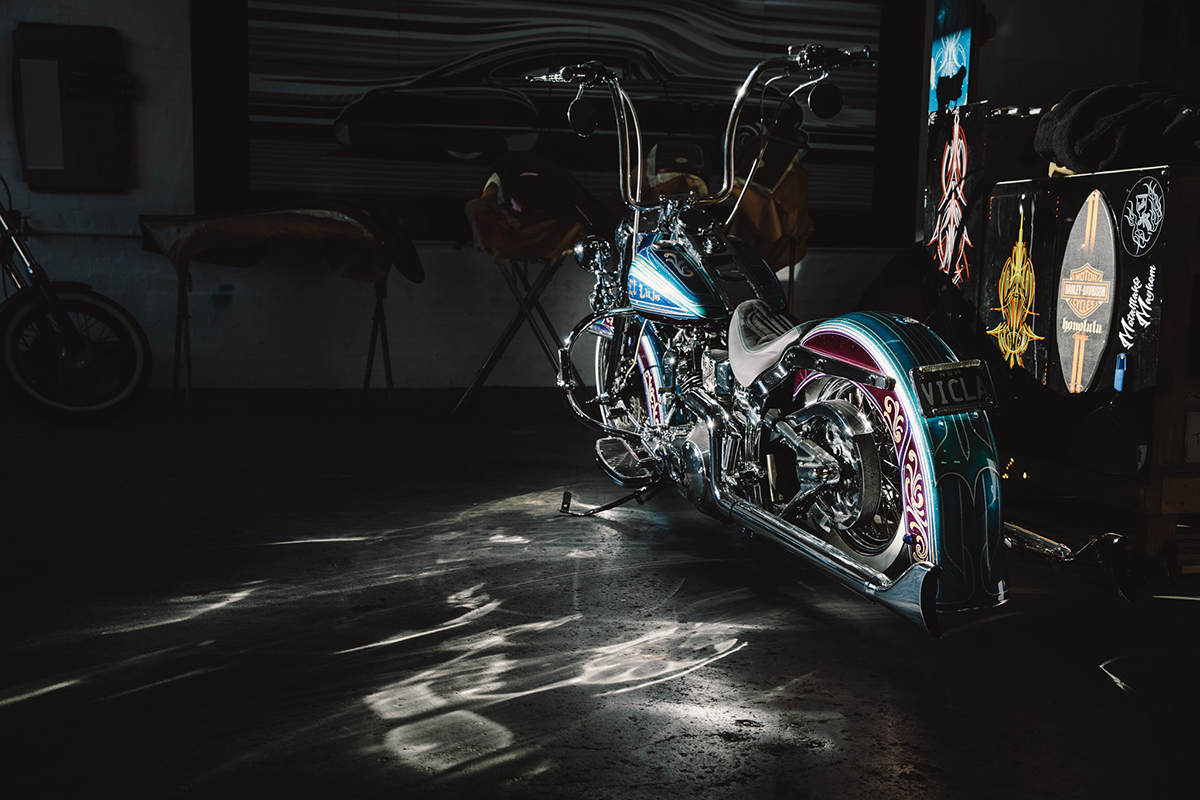 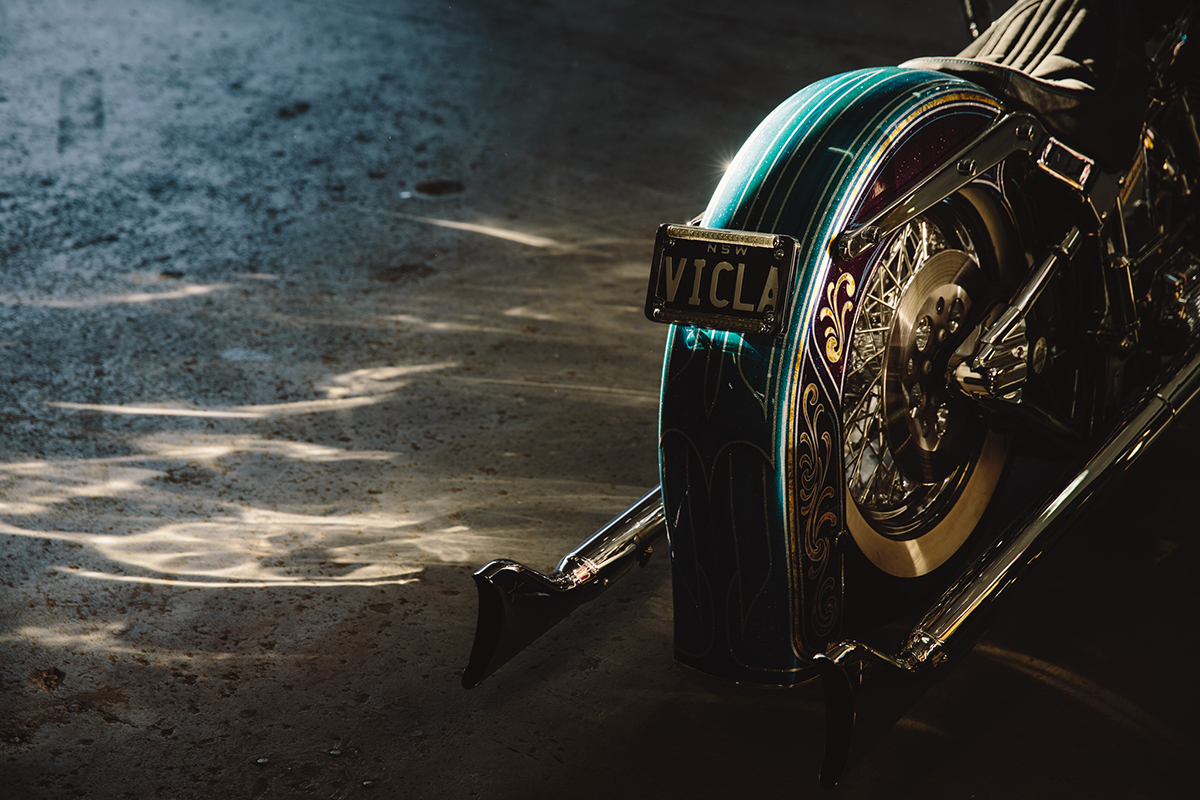