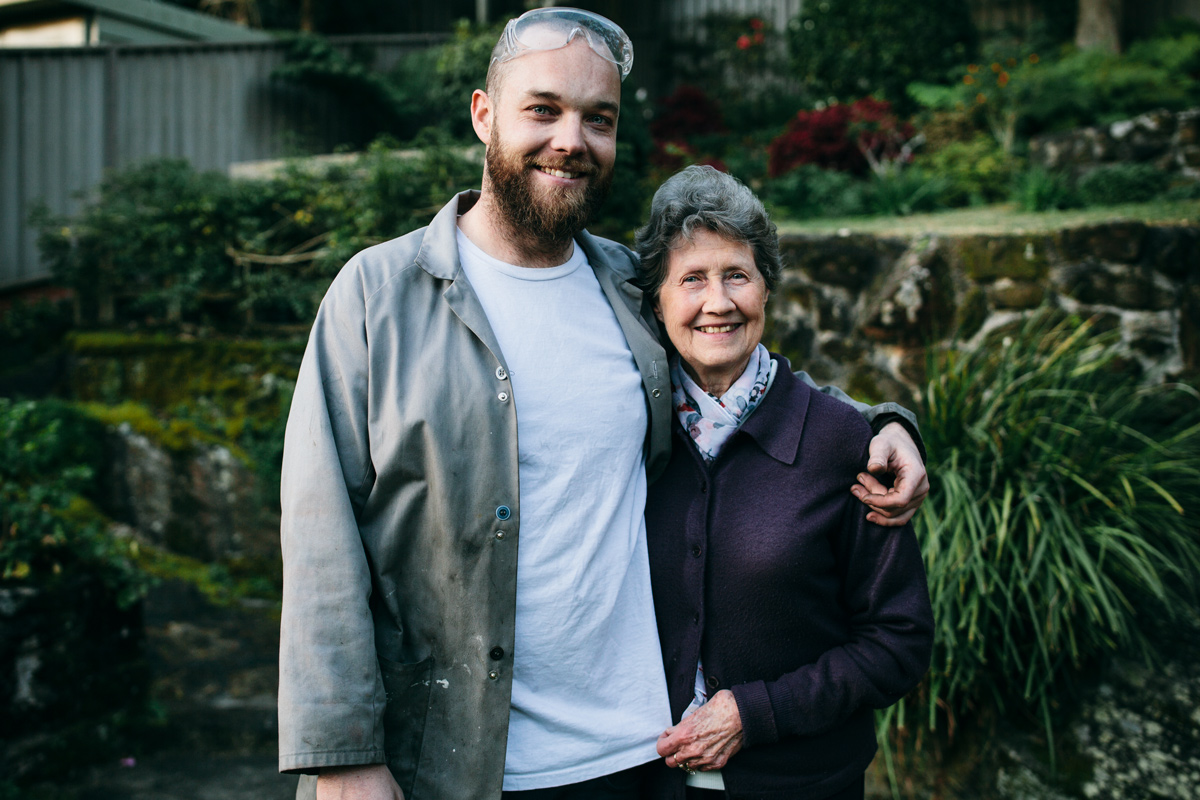 “Walking = shit” Says James, and it’s hard to disagree when bikes are concerned. With no space to work on his bikes at home, he’s utilised his Grandpa’s old workshop, which means he’s also been able to spend more time with his Grandma and double up on both quality bike building and family time. 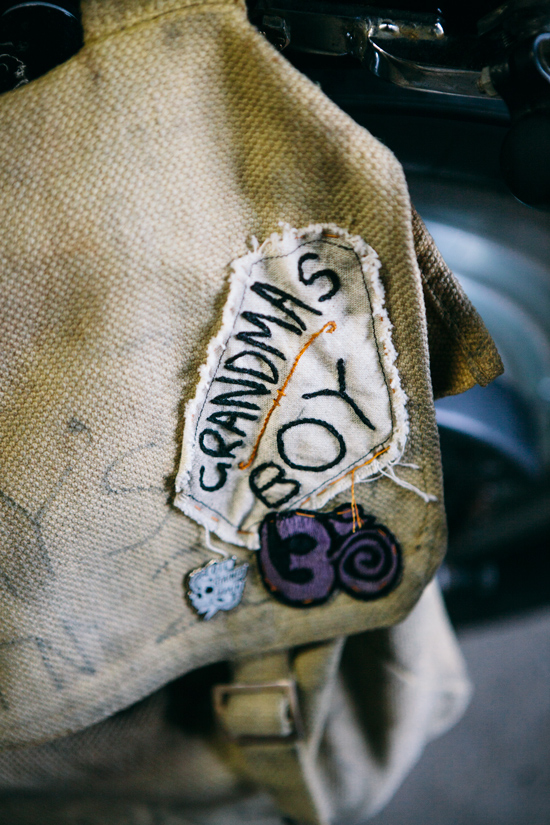 “I would choose the fun option over walking every time; Skateboard, billy cart, skid cart, BMX, mountain bike, even roller blades” At the ripe old age of 12, James first started mucking about with bikes and motors. Riding his motorized BMX with a 30cc whipper snipper motor with his mates in High School around was the next step, and sure enough his first “motor bike” was a dragster with a chainsaw motor direct drive to the rear wheel. “I used to ride it 6k’s over the Como bridge to my first girlfriends place” 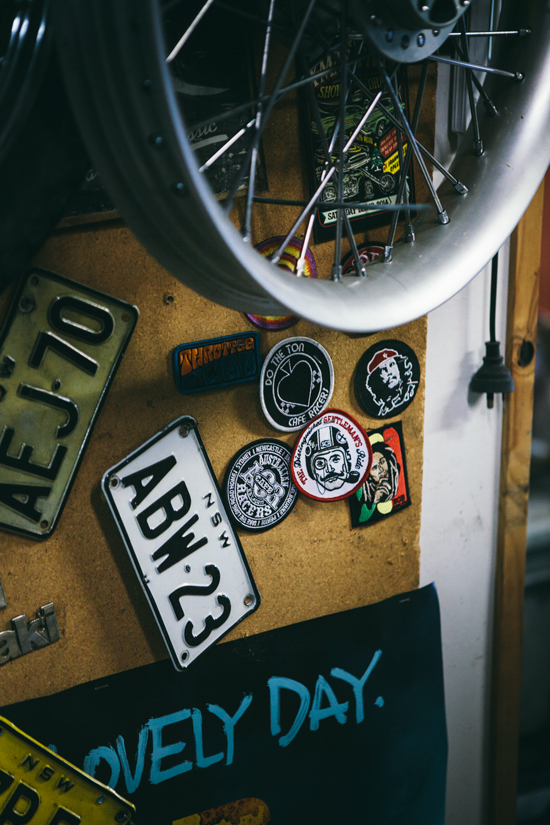 The gradual and natural progression of bikes with bigger motors landed him with a Honda CBR250RR when he was 18 and the list from there only grew, along with the engine capacity.

“I’ve had a few bikes over the years and to be honest I still have a lot of them. I’m a massive hoarder when it comes to bikes and tools”

“My CBR250 remained stock until I crashed it in the natio, now it’s going to get a slight rebuild into a track day terror. I have still never done a track day and I am super keen, I think this bike will be perfect because it’s light, high revving with a good chassis and brakes, and a paint scheme to piss people off!

My vtr1000f is my daily ride, I have had this bike for 9 years, bought it with low ks. Most reliable machine I have ever owned, comfortable with plenty of poke. Changed the rear subframe and sculpted a seat and removed a lot of plastic for a “lighter” look” 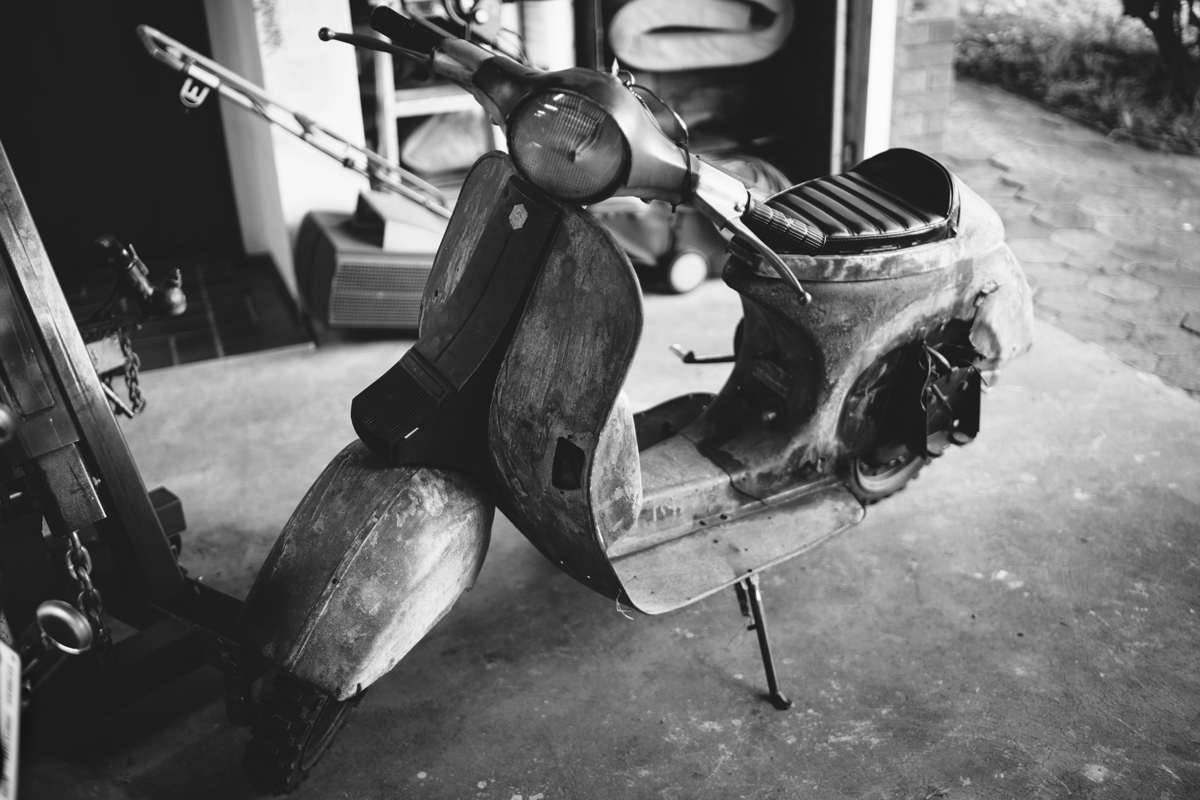 James loves working his Ding Dong in the garage. “Rigid structure, lightweight but packs a punch, and you can use the Ding Dong late at night without pissing off the neighbours” 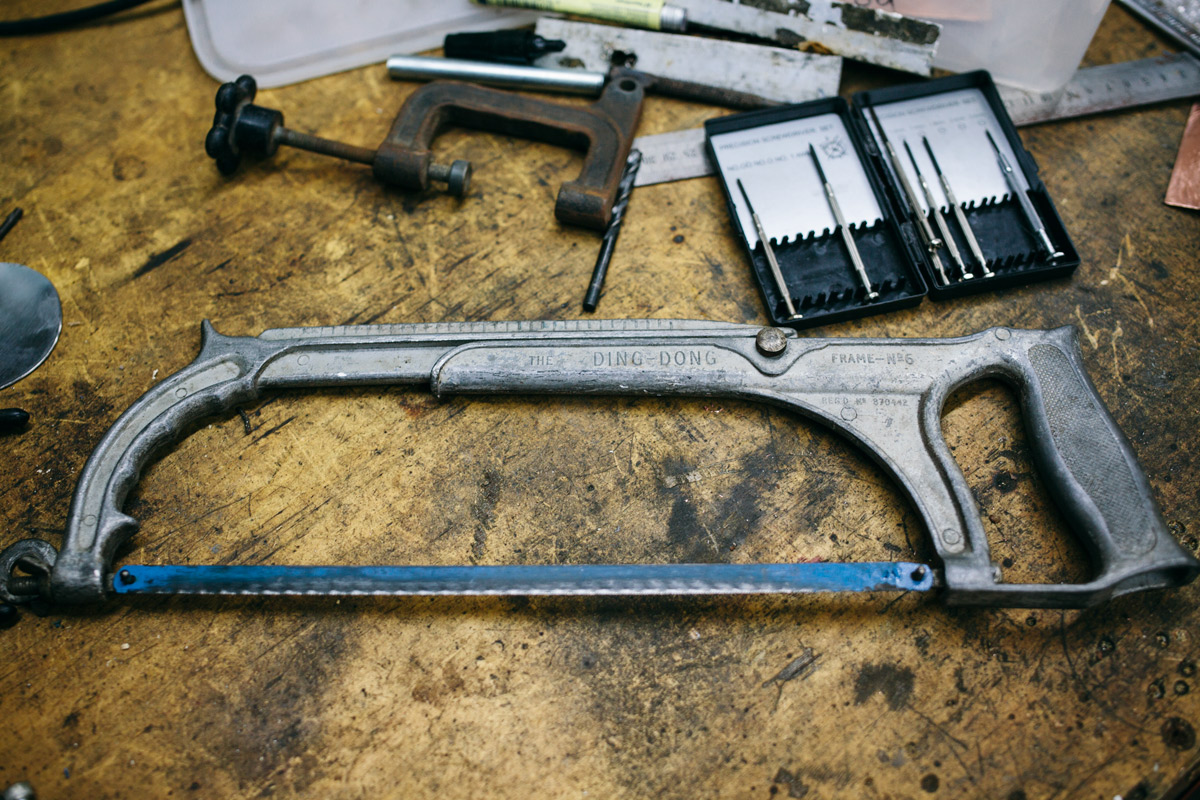 It might be mentioned now that the Ding Dong is James’ Grandpa’s old hack saw.

A grand space wizard has found you and given you the task of being sent back in time to take out Adolf Hitler (it’s plausible) You get to pick one cruel weapon from your garage, which is it?

“The blow torch. I like to do things slowly, excruciatingly slow” 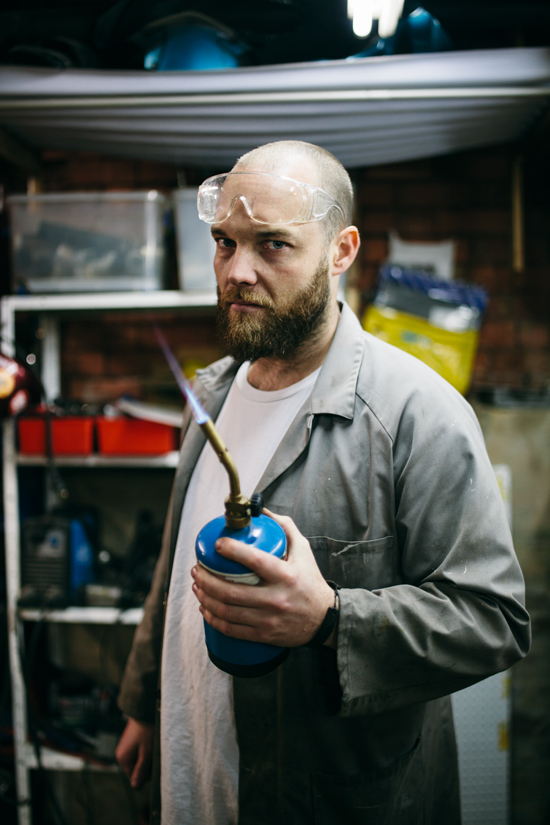 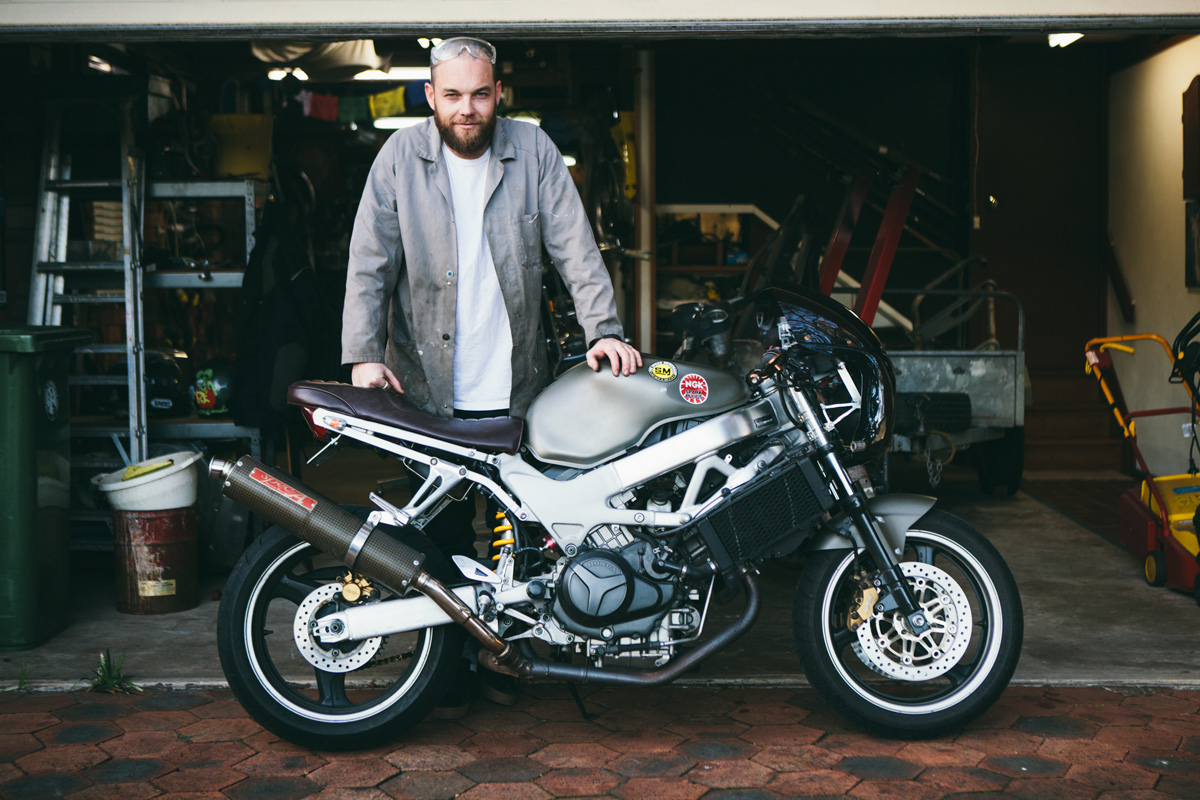 Most Sydney siders will know the headache that is finding a place that is both affordable and has a garage, with many of us having to go without our own space. James solved this crisis with the help of his loving Grandma, and has been working in his Grandpa’s old workshop for about 4 years now.

“It’s absolutely fantastic that grandma lets me use the space. I have spent much more time with grandma than I have spent with anyone else in the family over the last 4 years. We have a great relationship and grandma is genuinely interested in what’s happening in the garage. She often come down and say “what’s happening with this one James?” Or “but you just finished this one” or “there’s something about you James” 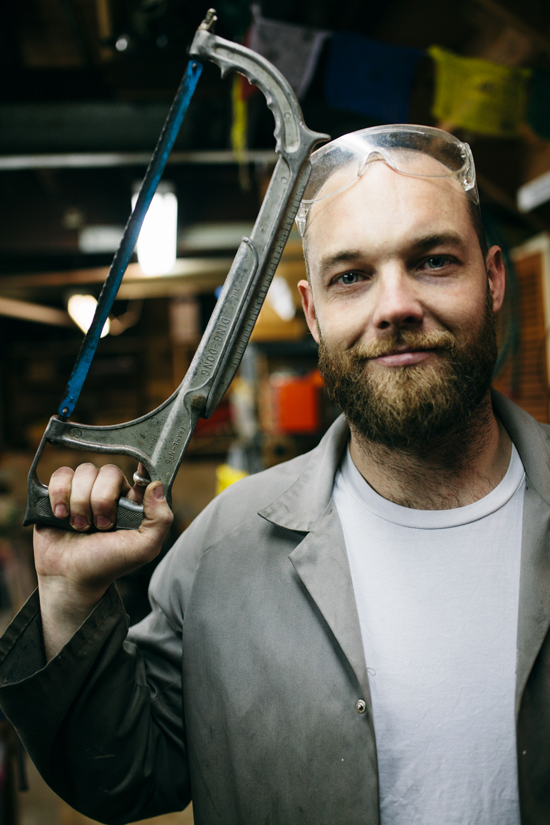 “Grandpa used to make all sorts of cool stuff in this garage. In the 60’s he used to engrave plaques for trophies, but mainly woodworking equipment dominated half the space, he made desks and cabinets. He even used to melt and mold his own fishing sinkers, and then there were model RC aircraft (gliders) and model boats. The other half of this space used to be his photography darkroom where he would develop all of his photos, all black and white. I can remember many times pottering around when I was young and asking “Grandpa, what’s that?, what’s this?” Etc and he always took the time to show me what he was doing.

Grandma will often come down and find me sitting on one of my bikes, making engine noises like a 10 year old kid, she’ll say “I used to catch grandpa sitting in his boat there” I think I inherited his ability to visualise things” 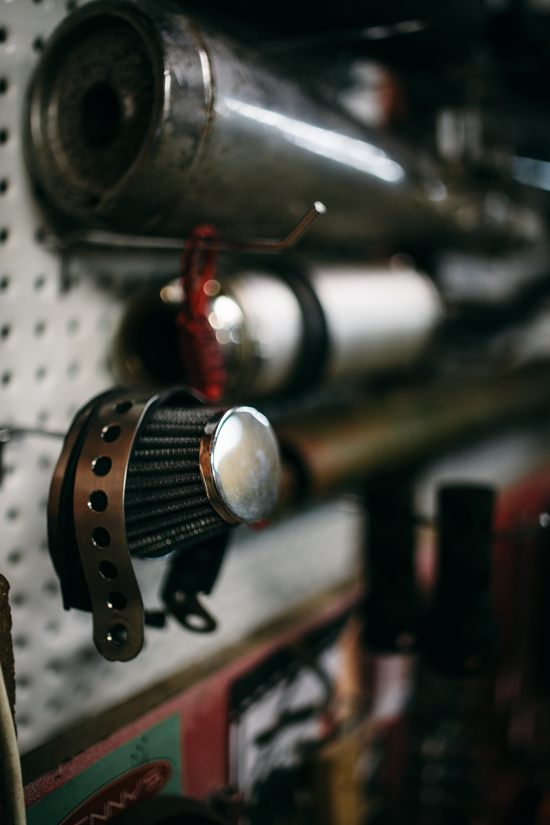 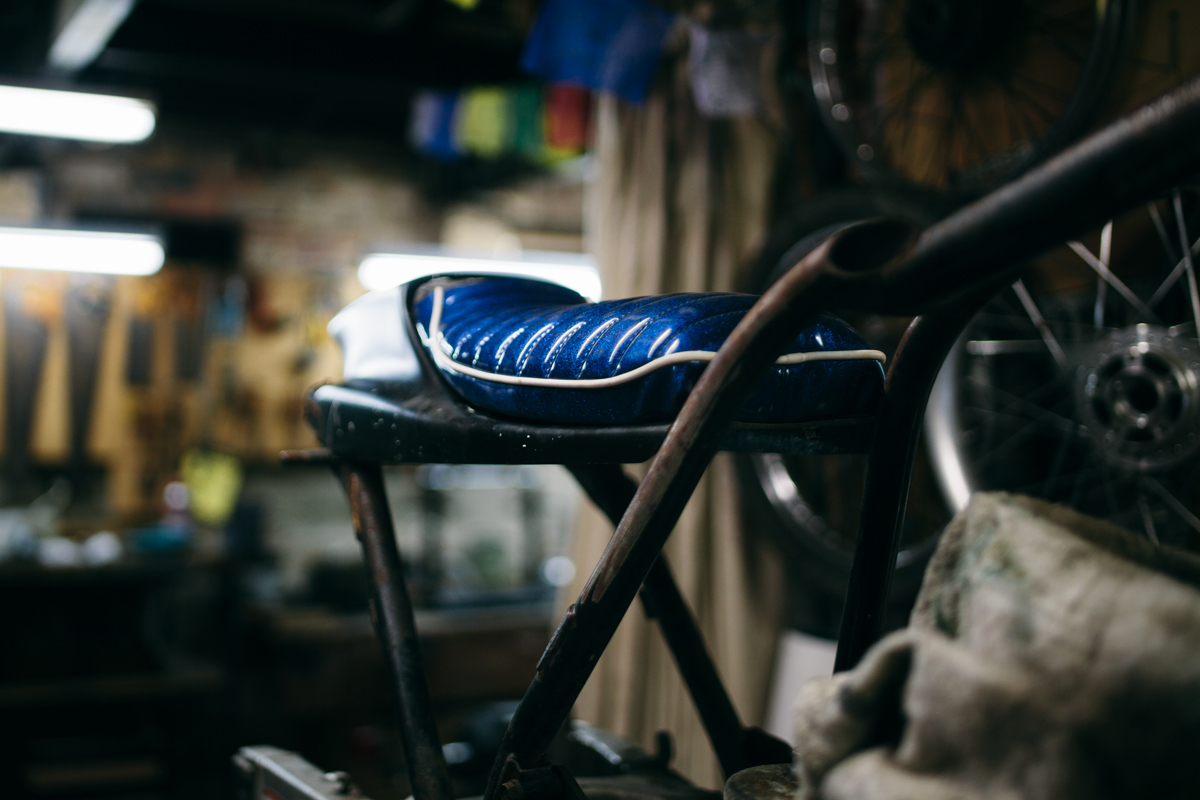 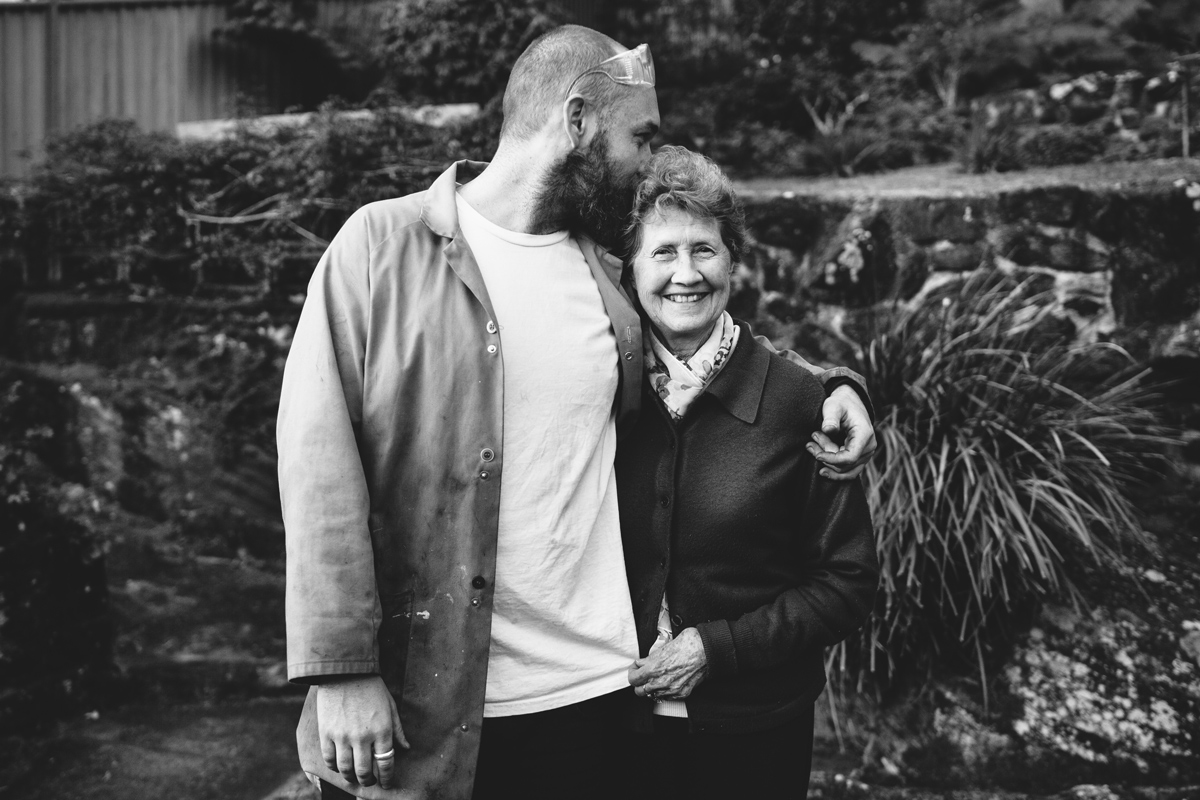 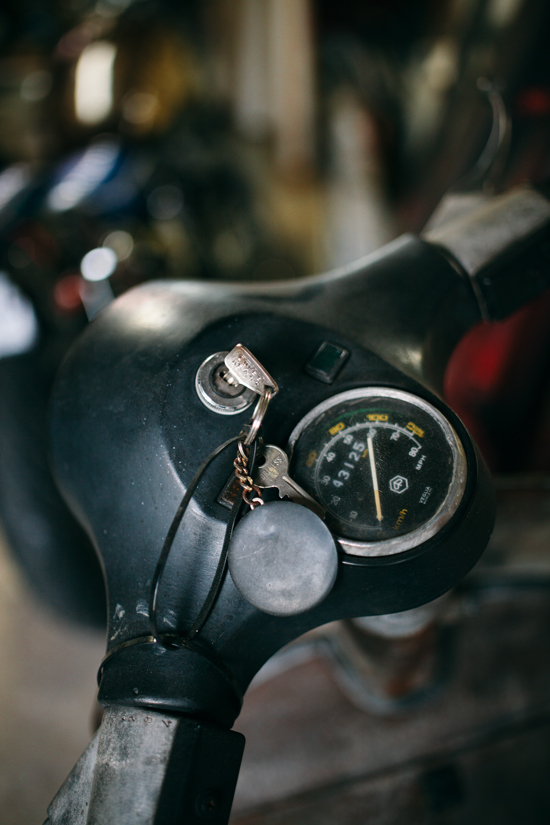 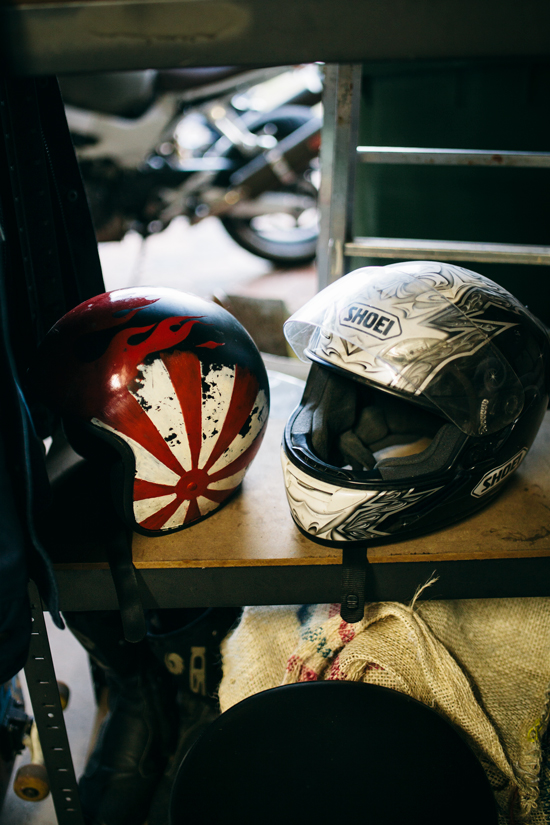 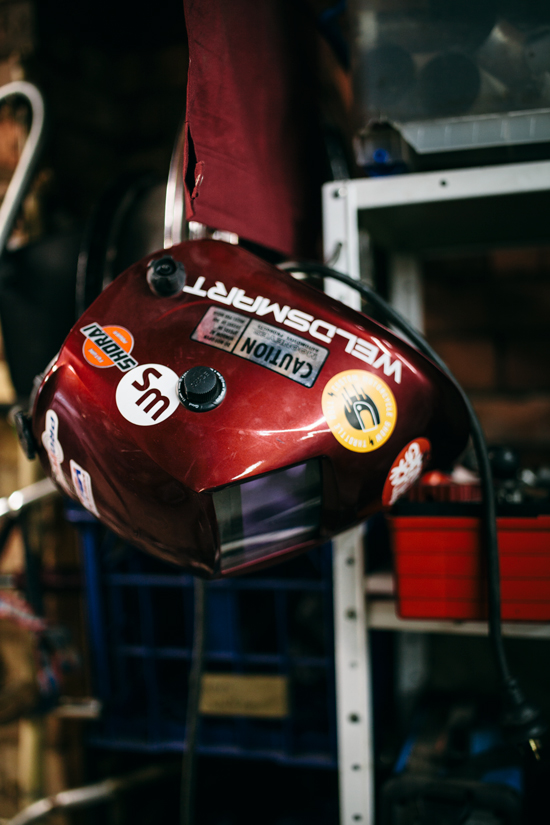 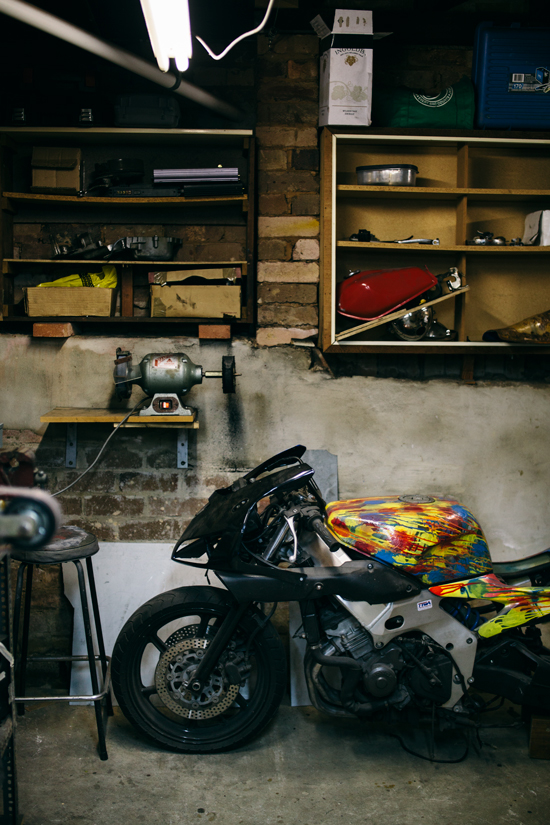 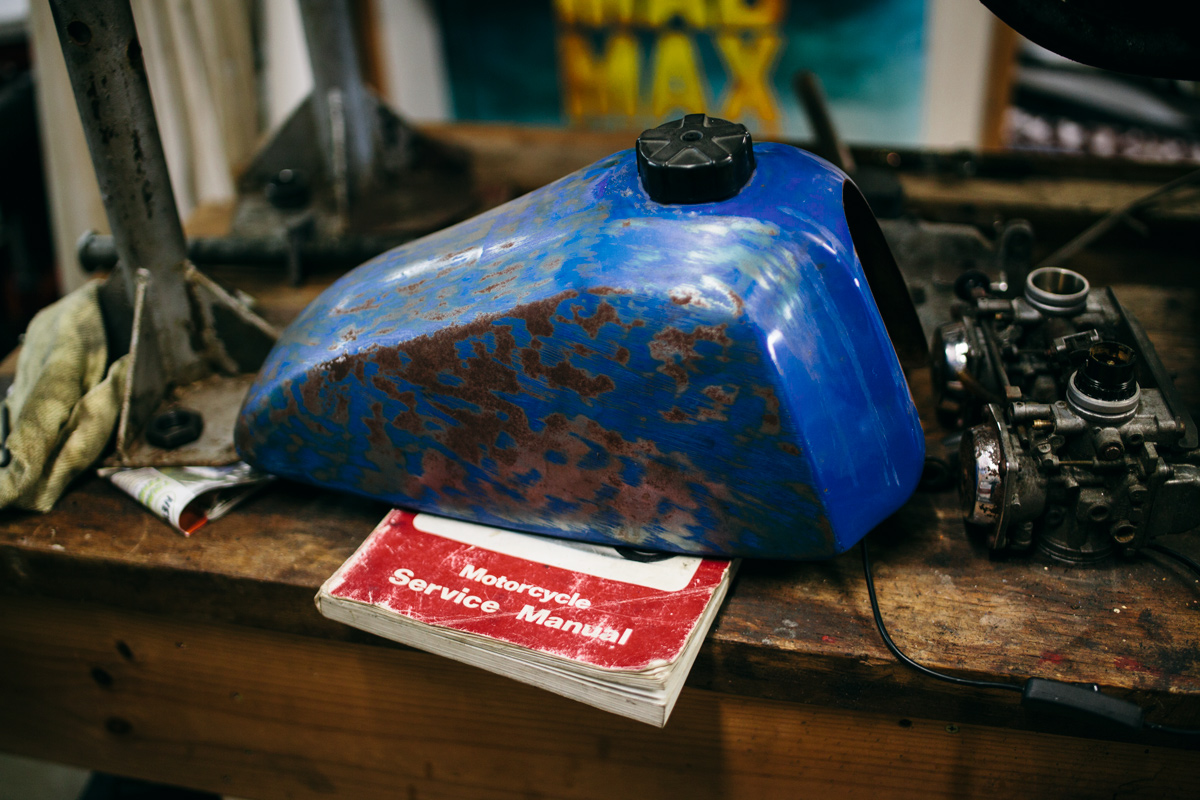 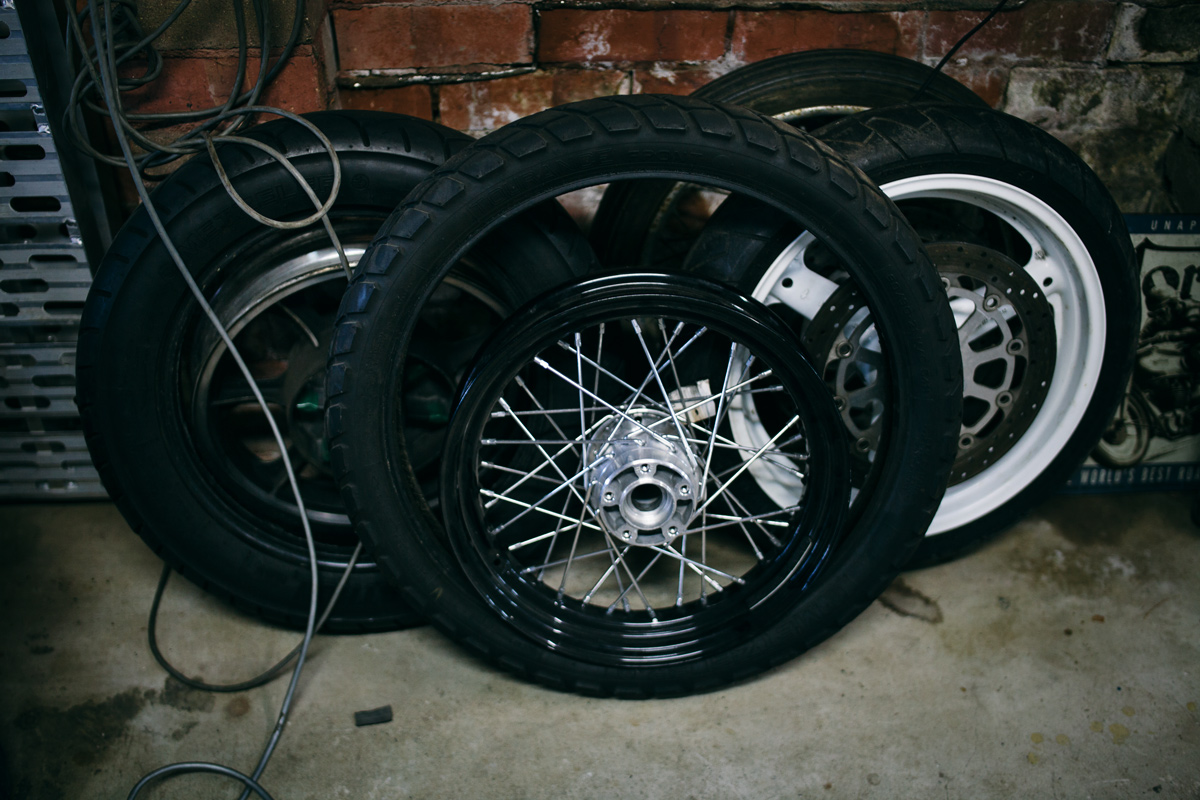 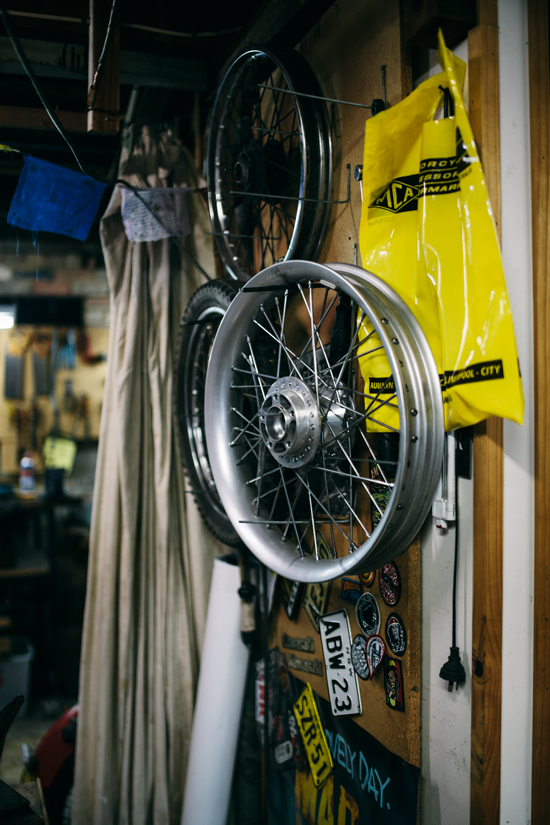 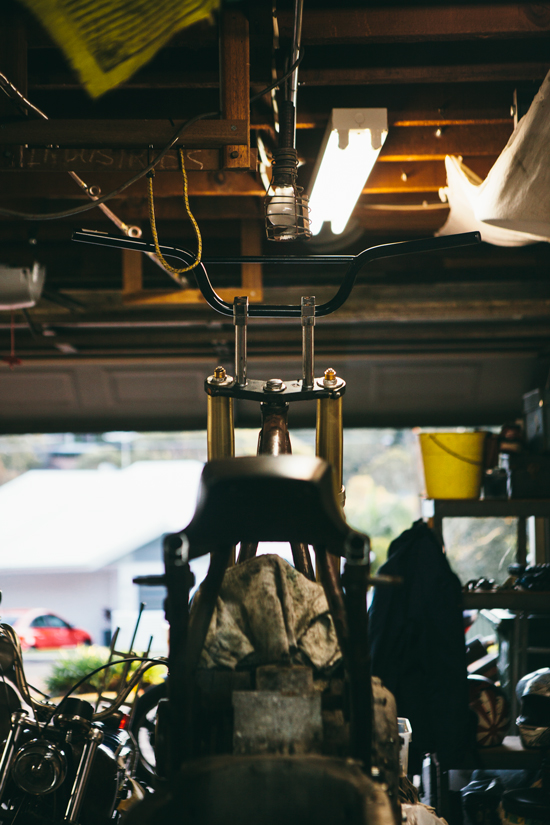 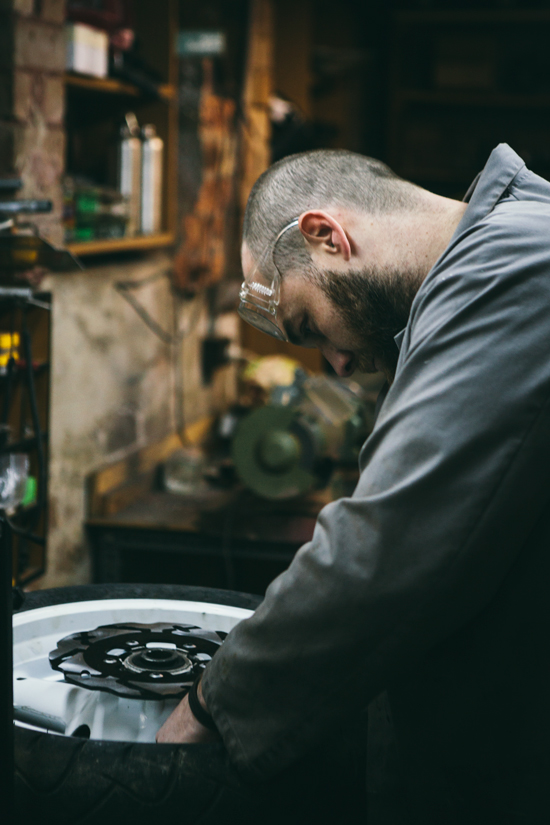 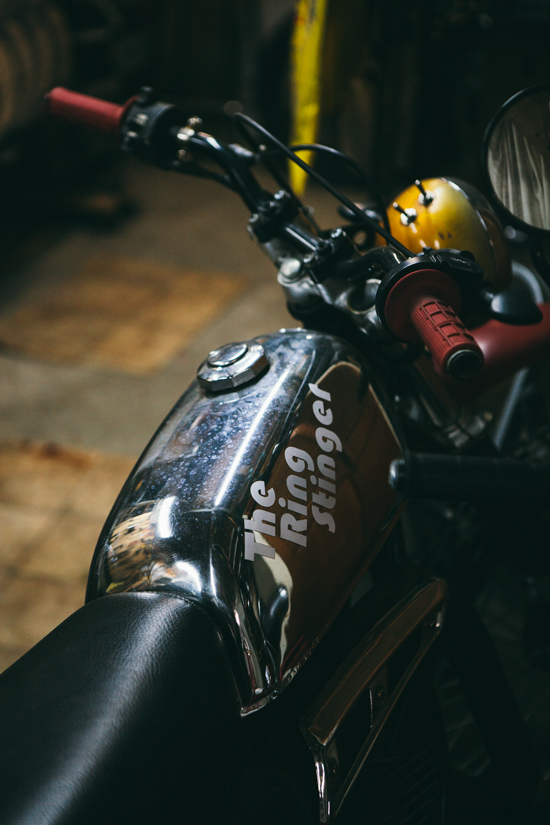 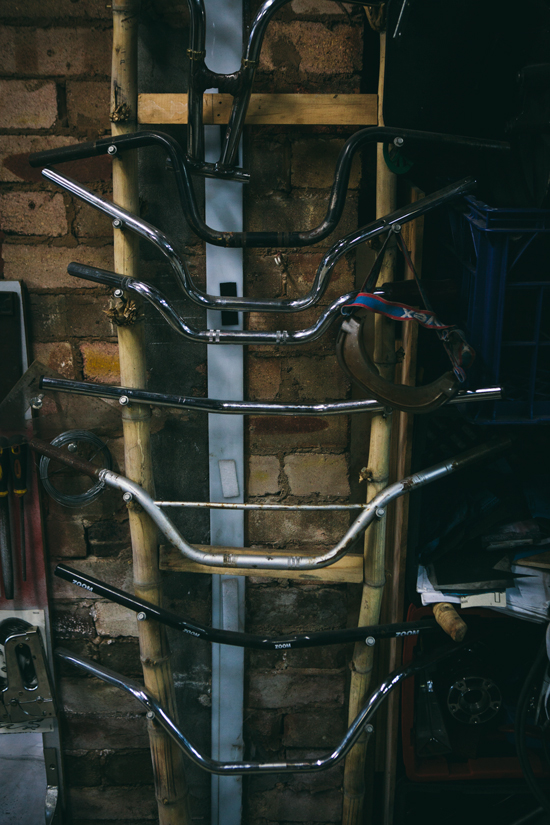 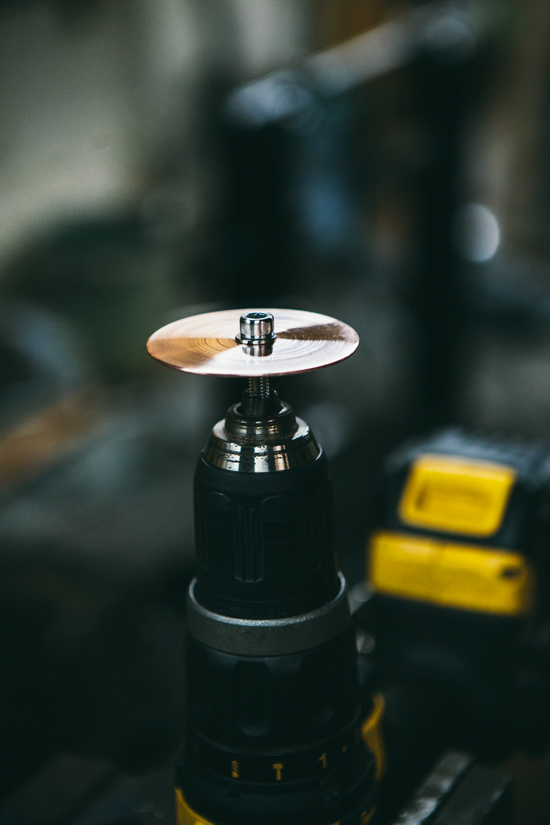 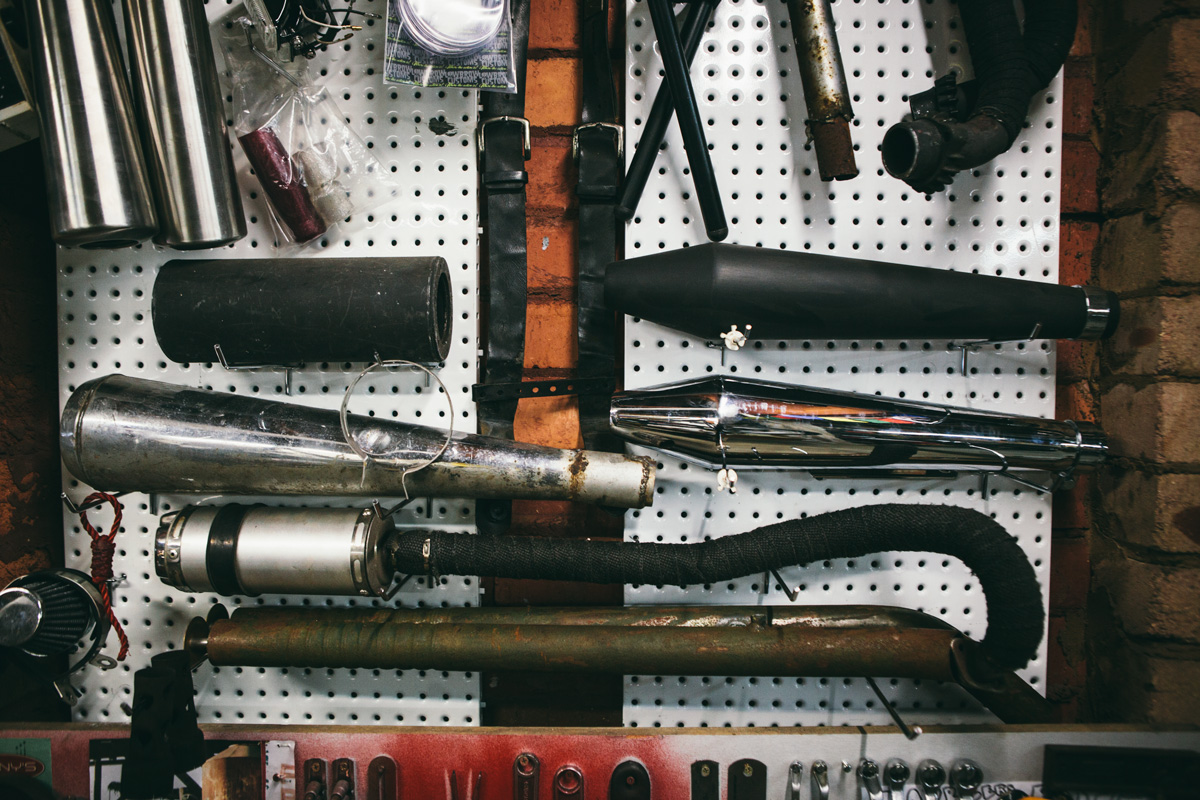 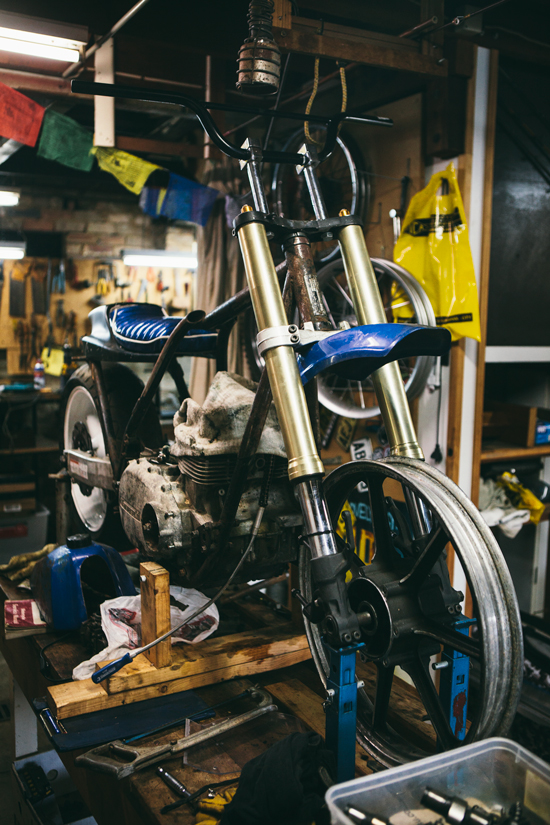