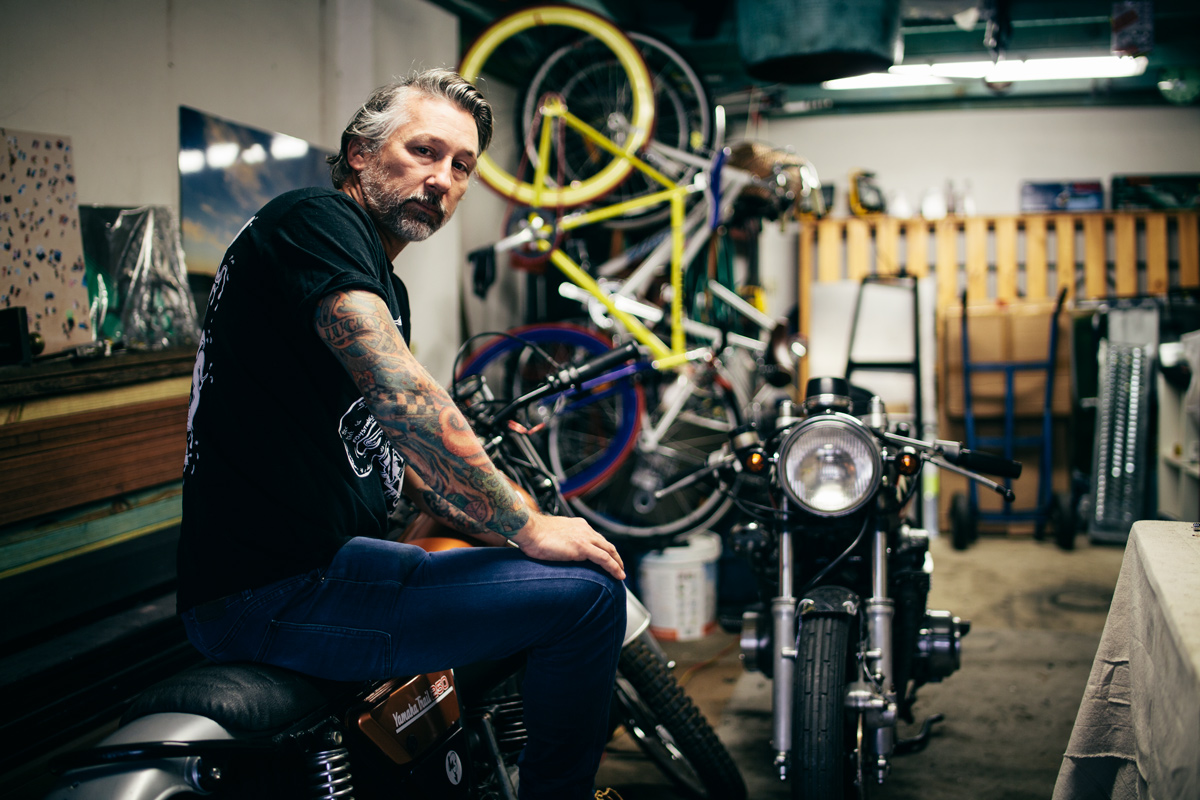 In the (likely) event of a zombie apocalypse, Troy’s weapon of choice from his garage would be a large metal tool called “The Slammer” to defend his bike bunker with. The chunks he took out of his own concrete floor as demonstration were proof enough.

“I’ve been customising pushbikes since I was 5, my brother and I used to have bmx bikes and choppers. We used to exchange handle bars and all that hoohaa. My love of bikes and cars was from a very young age, mainly into cars when I was younger. Split window Kombi’s, had a few old muscle cars, still have an old Dodge truck now. Basically I lost my two best mates to cancer within a 5 year period, a bit of a hole in my heart, so I spent more time with my brother in Perth. He and his mates are all into their bikes so 2 years ago I went out riding with them and that’s where my love of motorcycles grew. I came back and that’s when I cleared the garage out, built the mezzanine and one bike turned into 3.” 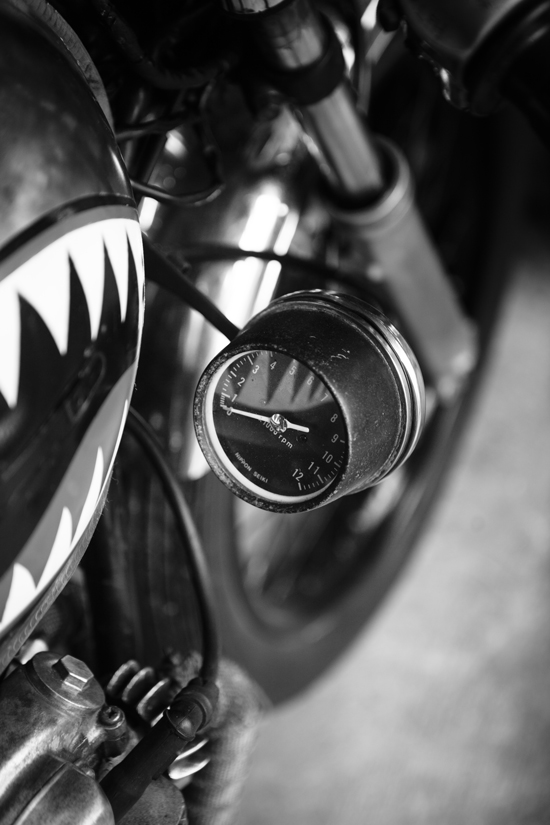 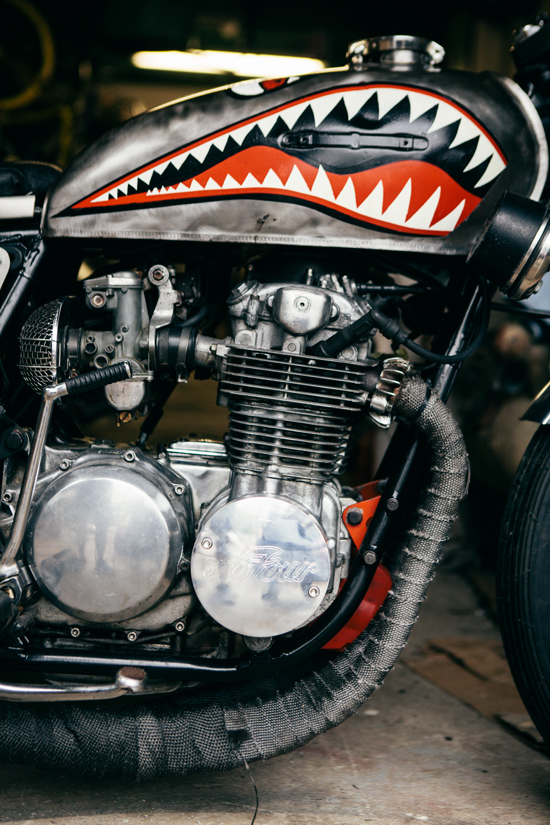 Troy’s other weapon of choice is the always-handy Dremel. Not for Zombie defense however, more for cutting and cleaning. Not as exciting as a vicious, large metal stick but useful none the less.

But what tool would you grab if someone was breaking into your home? “Probably my monkey wrench” Troy, (who was a clearance diver in the Navy for 6 years) admits after chucking the sturdy chunk of metal onto the workbench. Yep, that’d hurt.

We asked Troy what his biggest fuck up has been working on bikes in his garage, which he admitted would be while finishing up his Suzuki GS550. “I took 8 months to build this bike, on the last day I pulled the carbi’s on and off around 20 times. I went over the bike to make sure it was good, I turned the key, I pushed the button, the fucking bike took off and smashed into that bench over there… It was in gear! After 8 months of work, for that to happen, I almost cried.“

The dent on the left side of the bike’s tank might not be there for much longer; I spied a tank dent repair kit on Troy’s workbench. 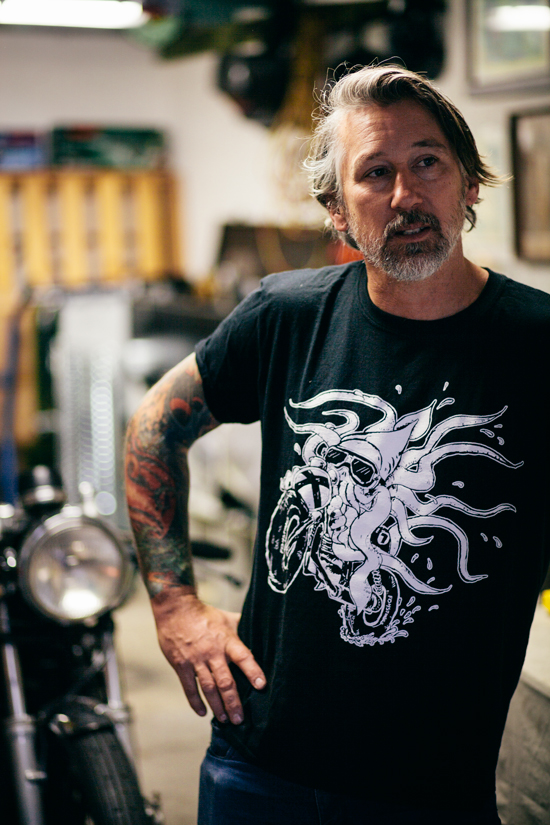 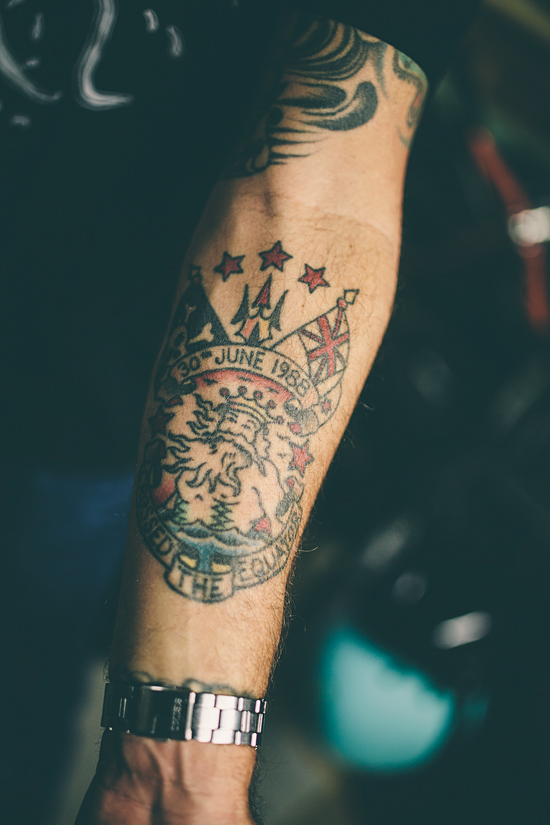 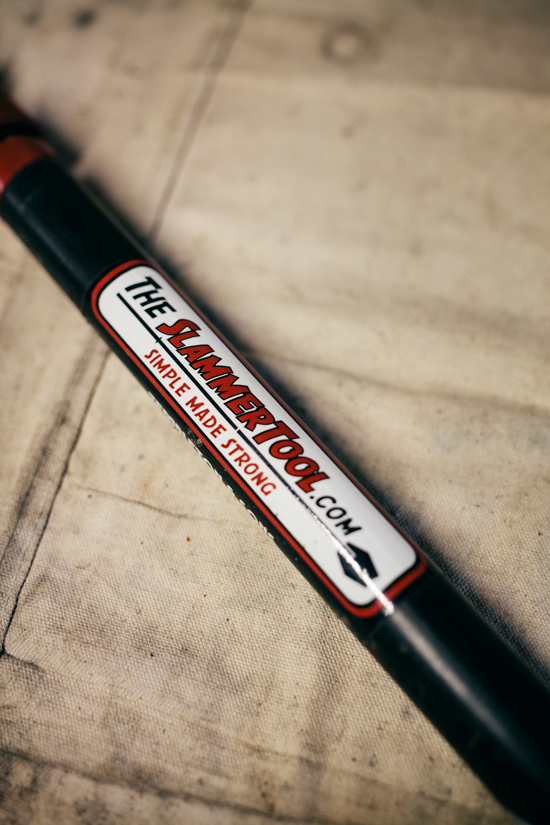 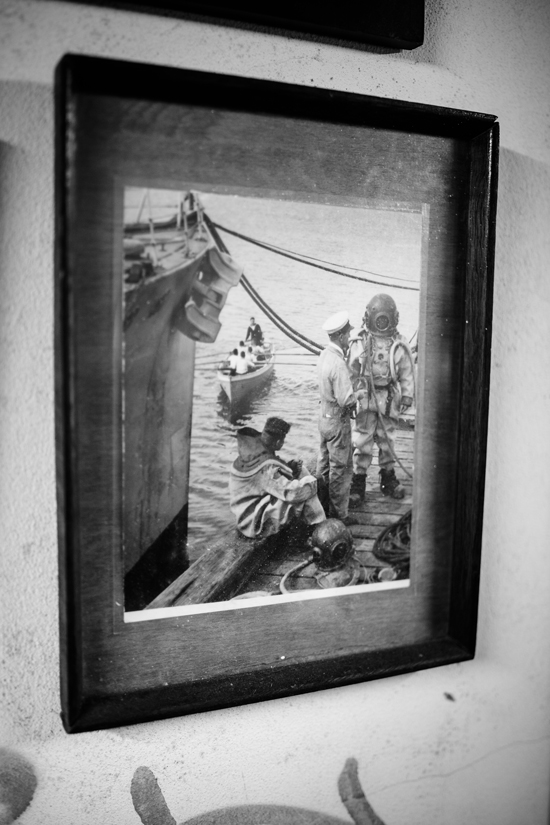 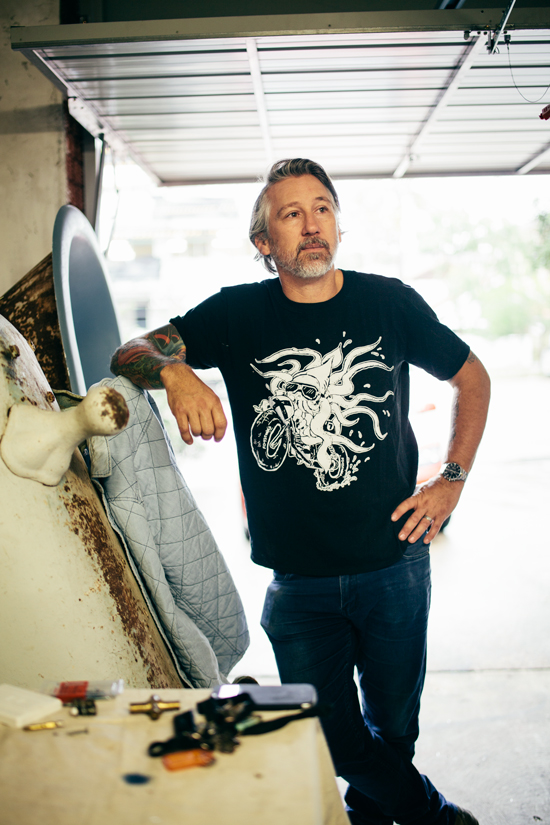 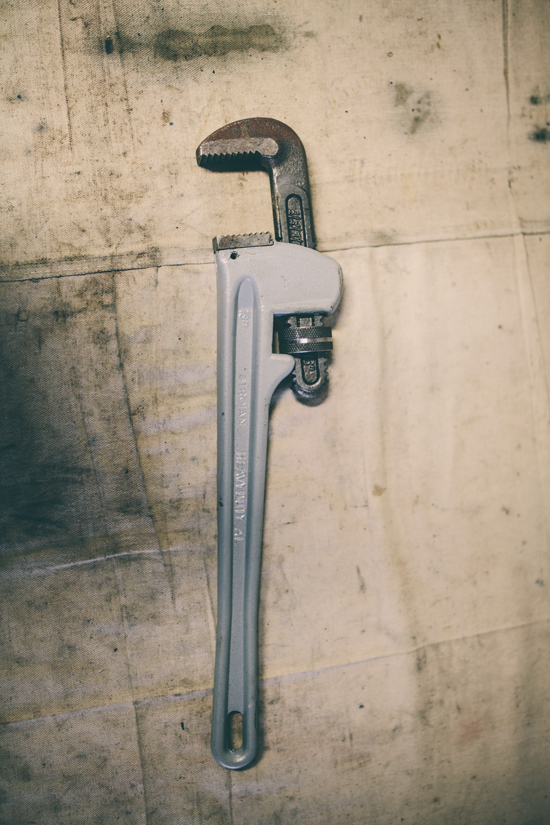 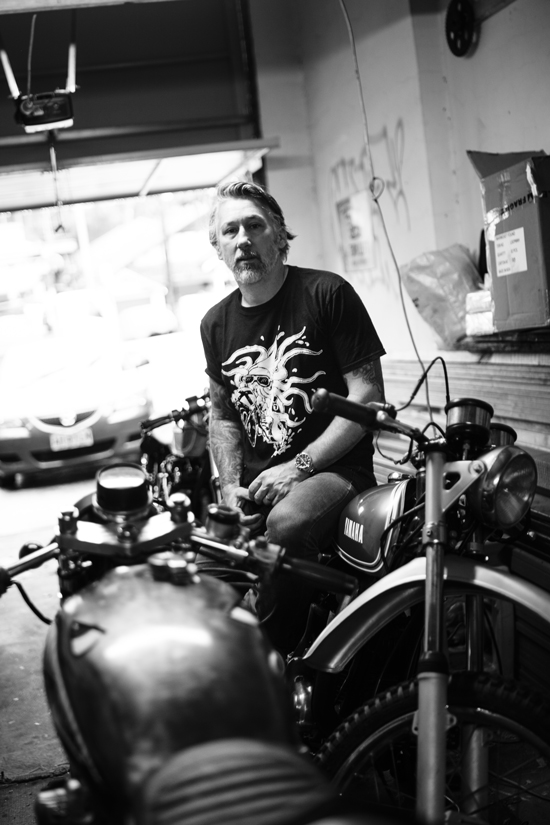 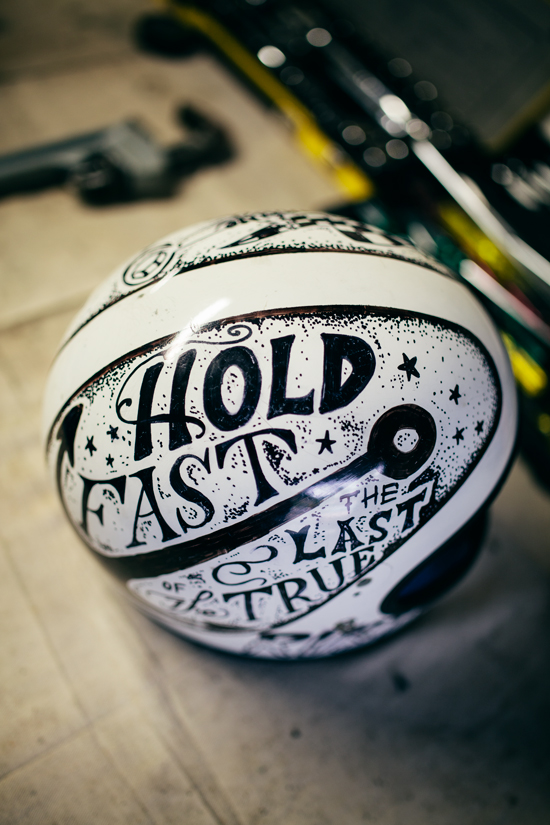 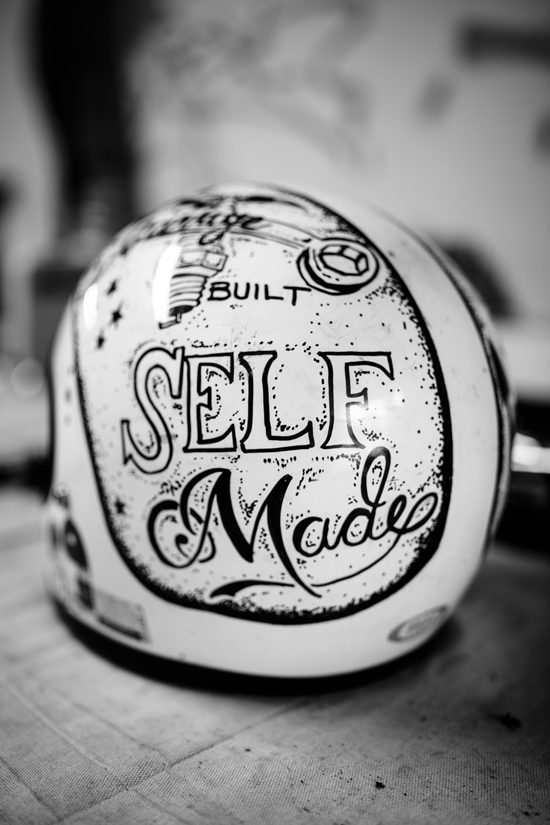 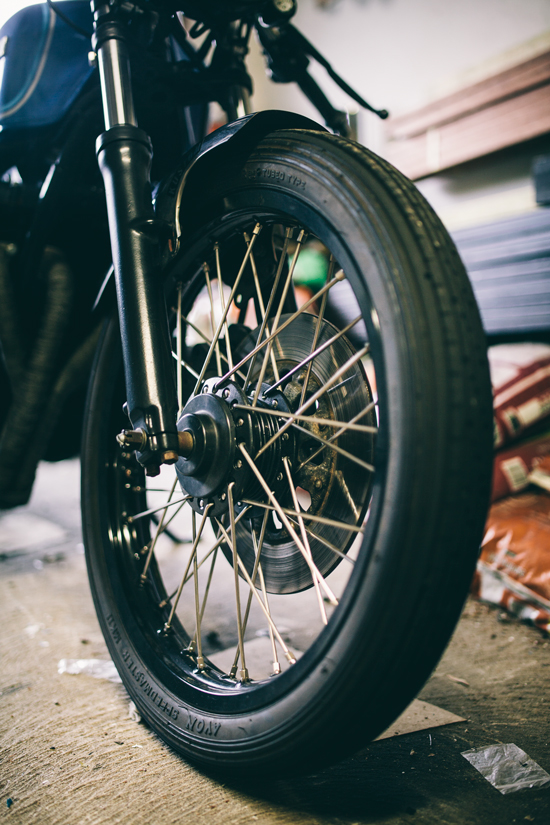 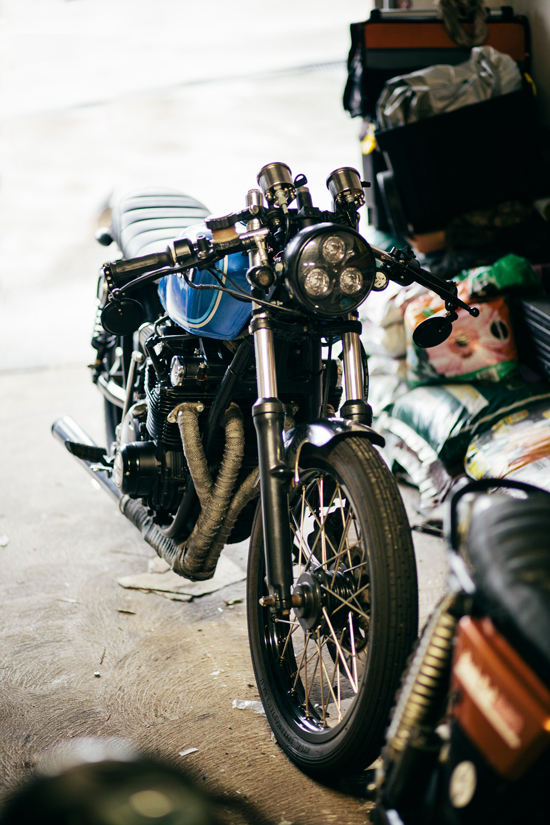 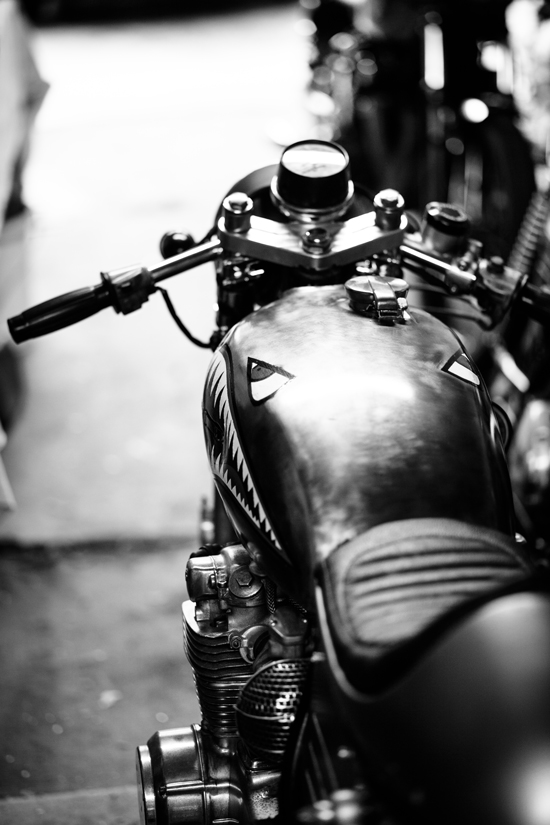 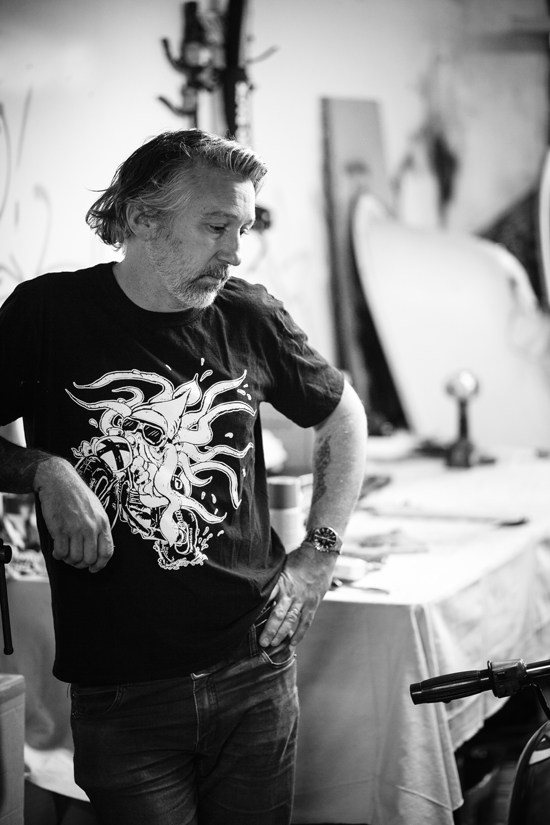 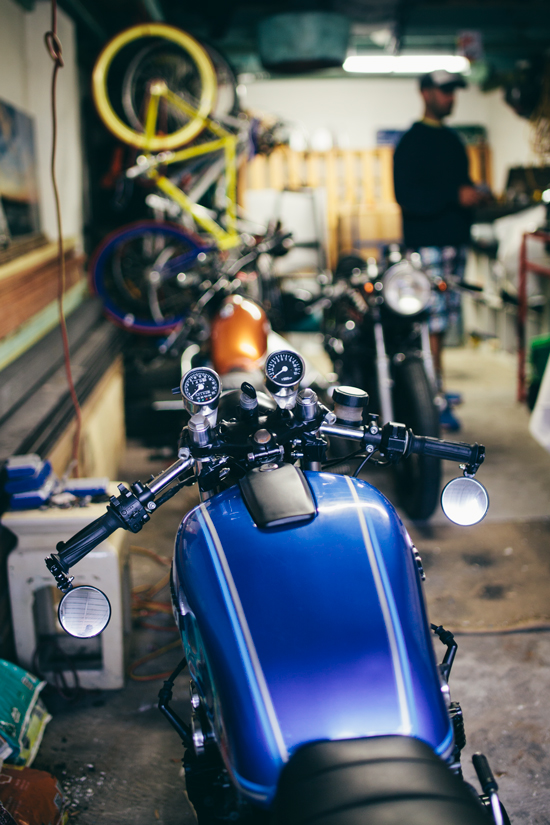 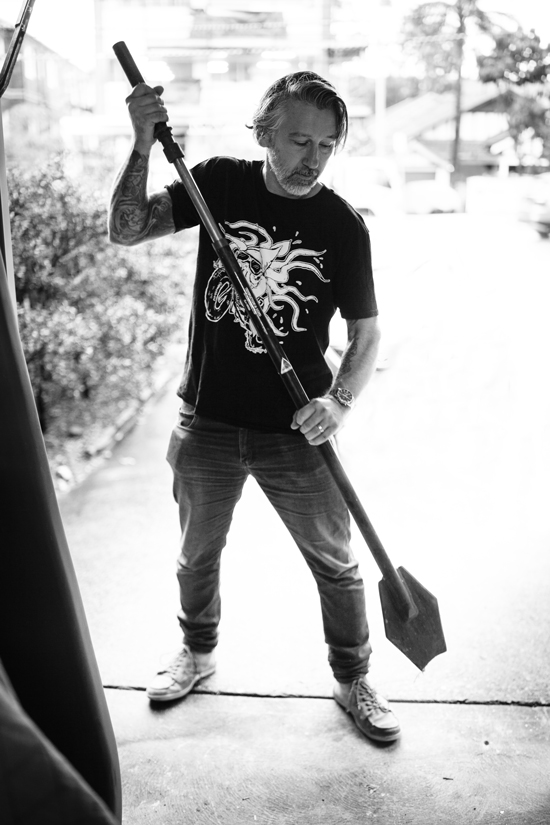