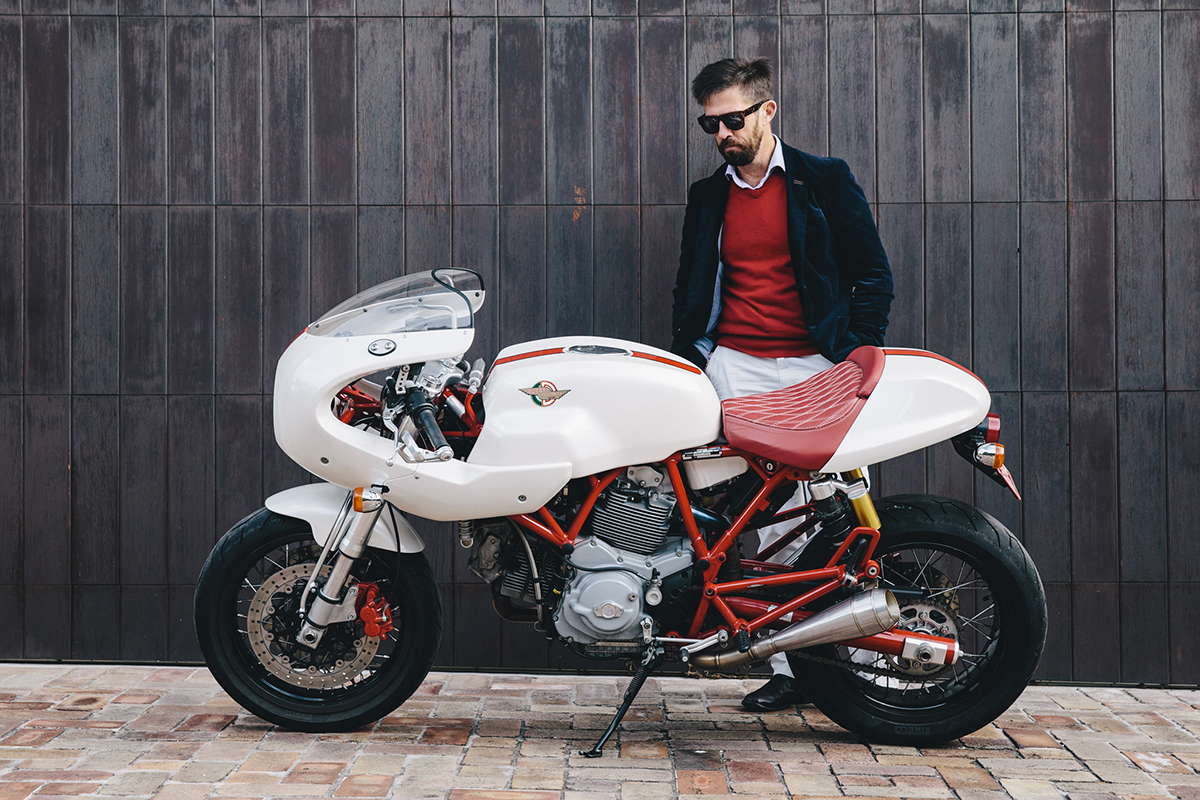 Some could call it fate, others just a coincidence, but for Glen one fateful day he would happen across a sleek and stylish Italian that would have him fall in love at first sight. If Glen’s wife is reading this – it should be now noted we’re referring to his motorcycle, however this might be equally as upsetting. 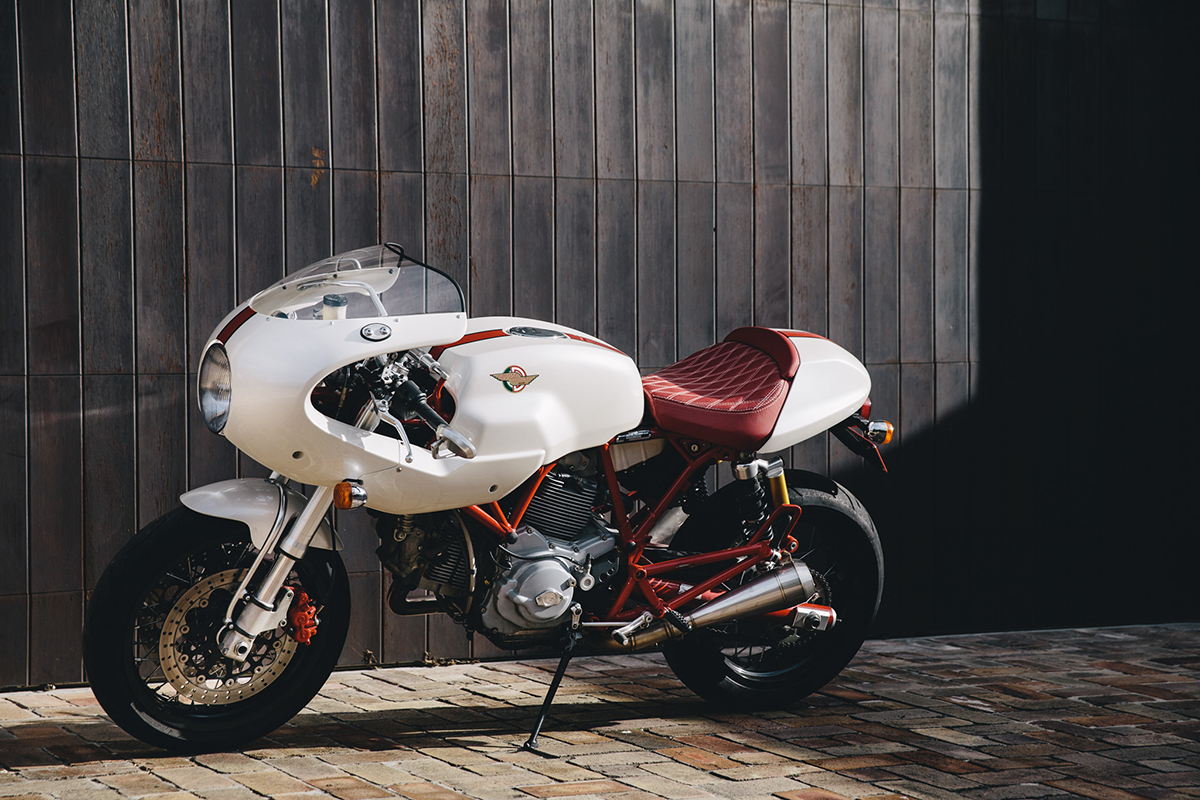 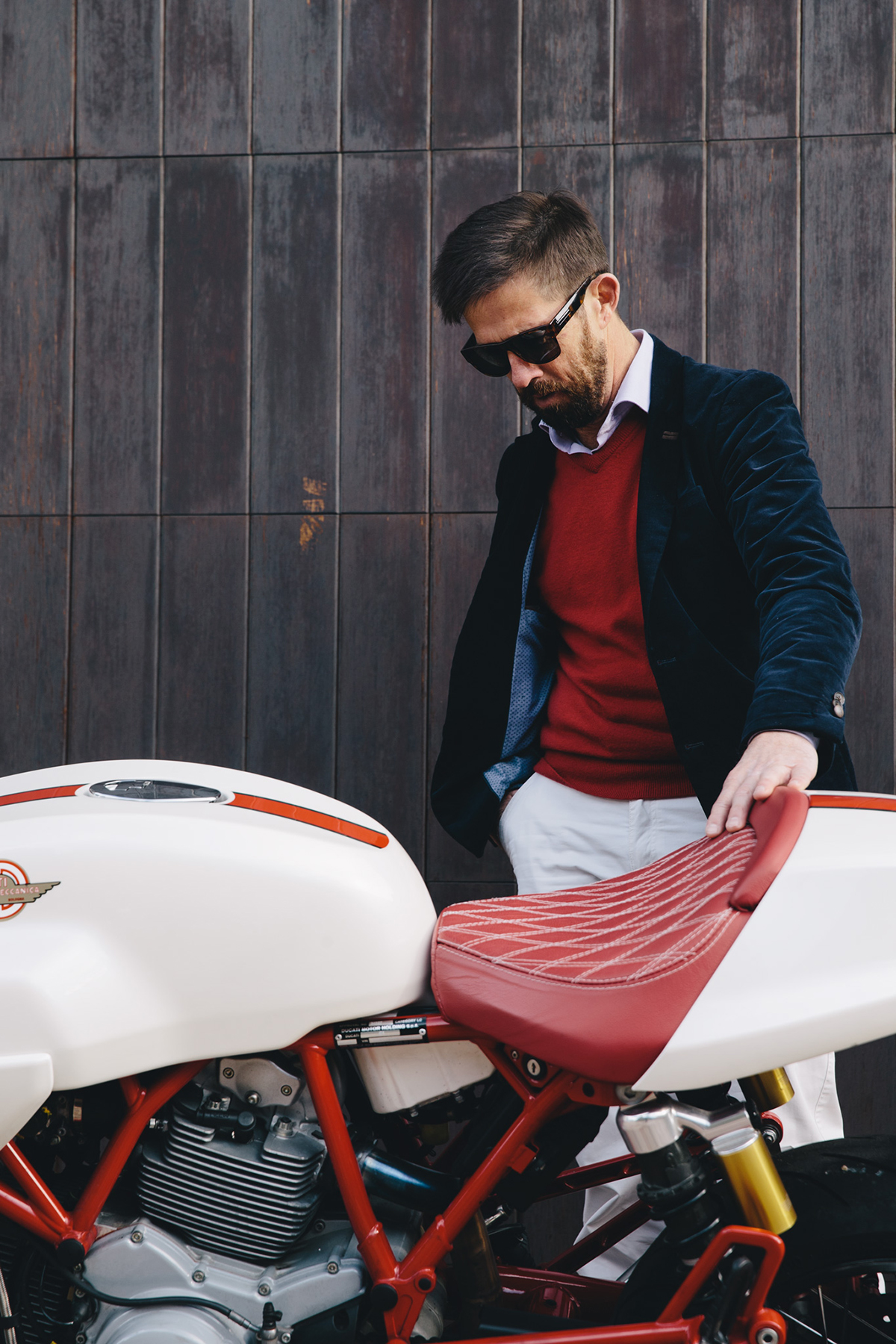 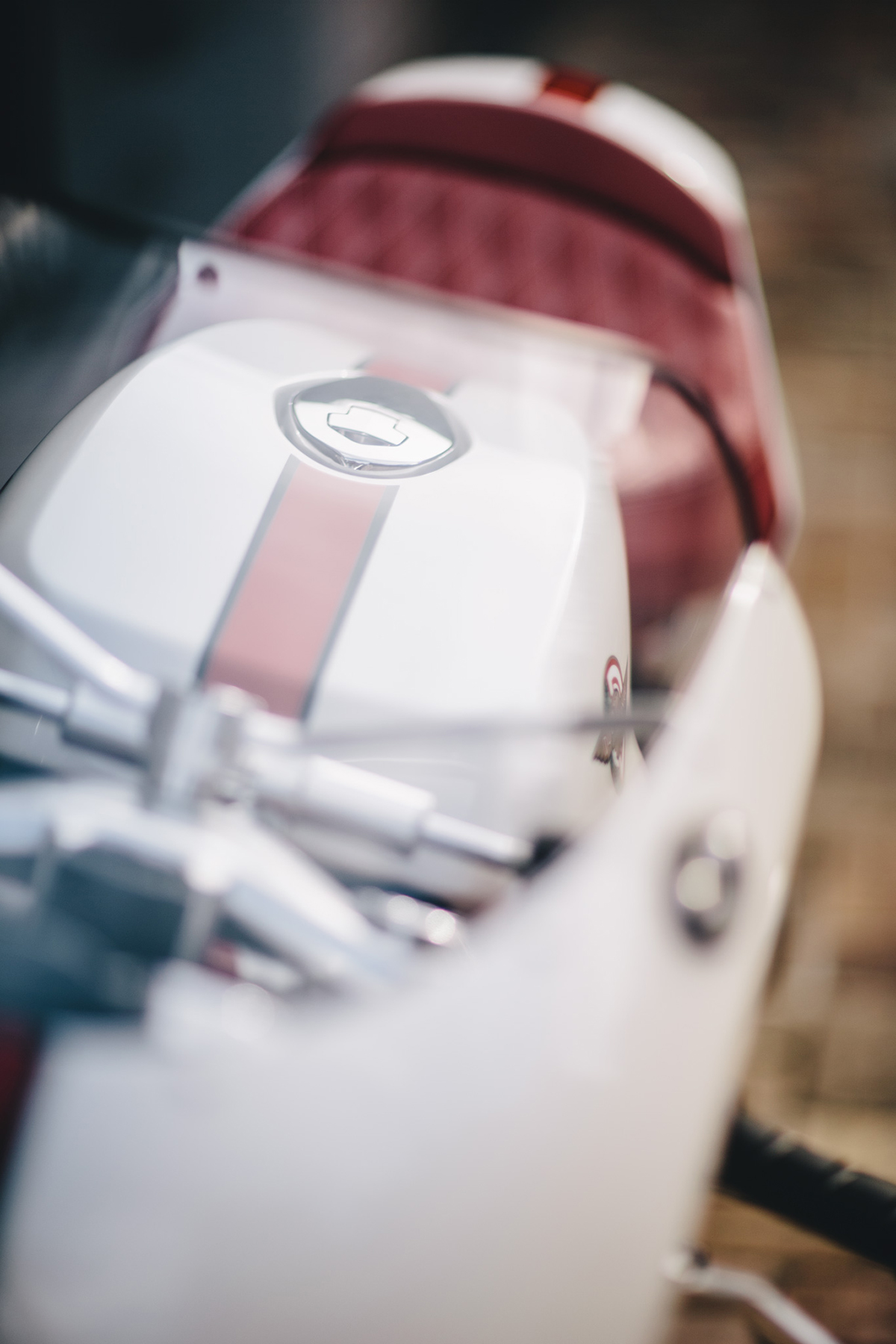 For years Glen had been riding his Suzuki GS500, quite content with his more reserved, humble motorcycle. That would all come crashing down however, as he went out one day for a ride up the Old Pacific Highway. “I saw a Ducati SportClassic and it was love at first sight. Since that moment I’d been keeping track of a few retro classics until I had the coin to do something about it. I had my eye on two models, the new Norton Commando or the Ducati SportClassic – however it would all come down to the Ducati that had originally enamoured me so.” 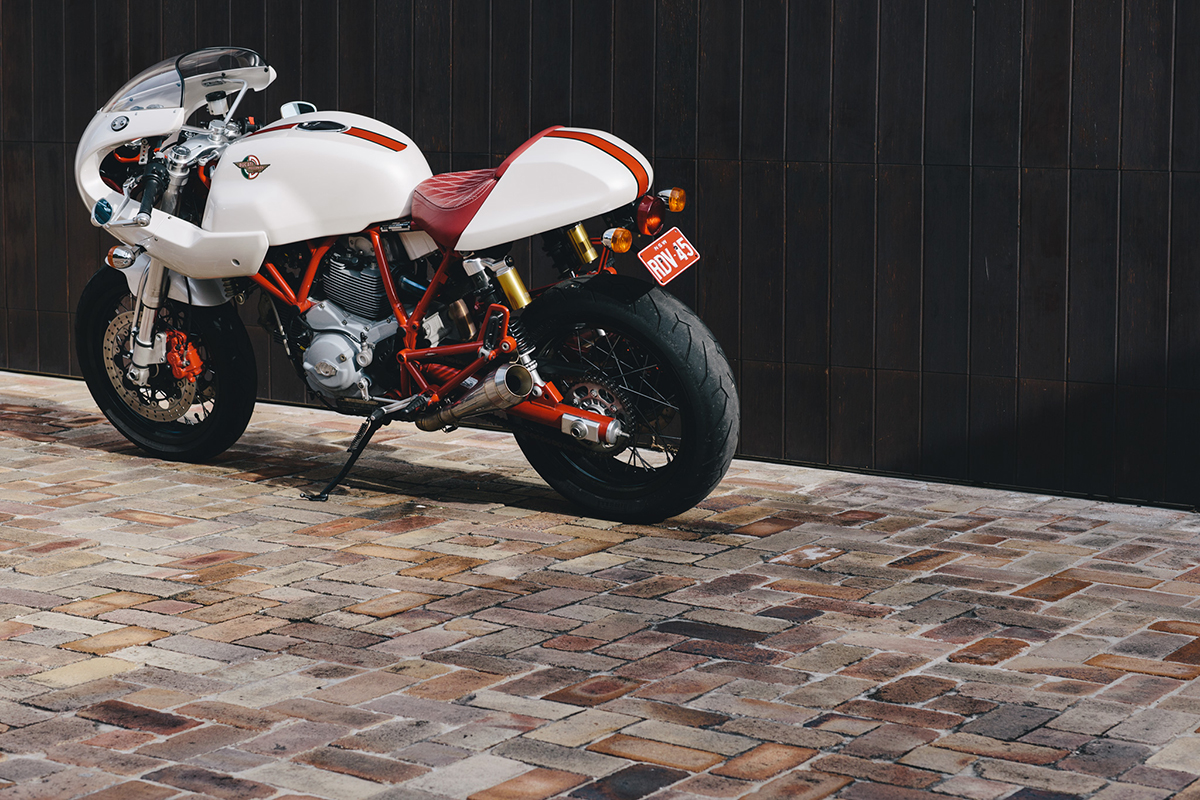 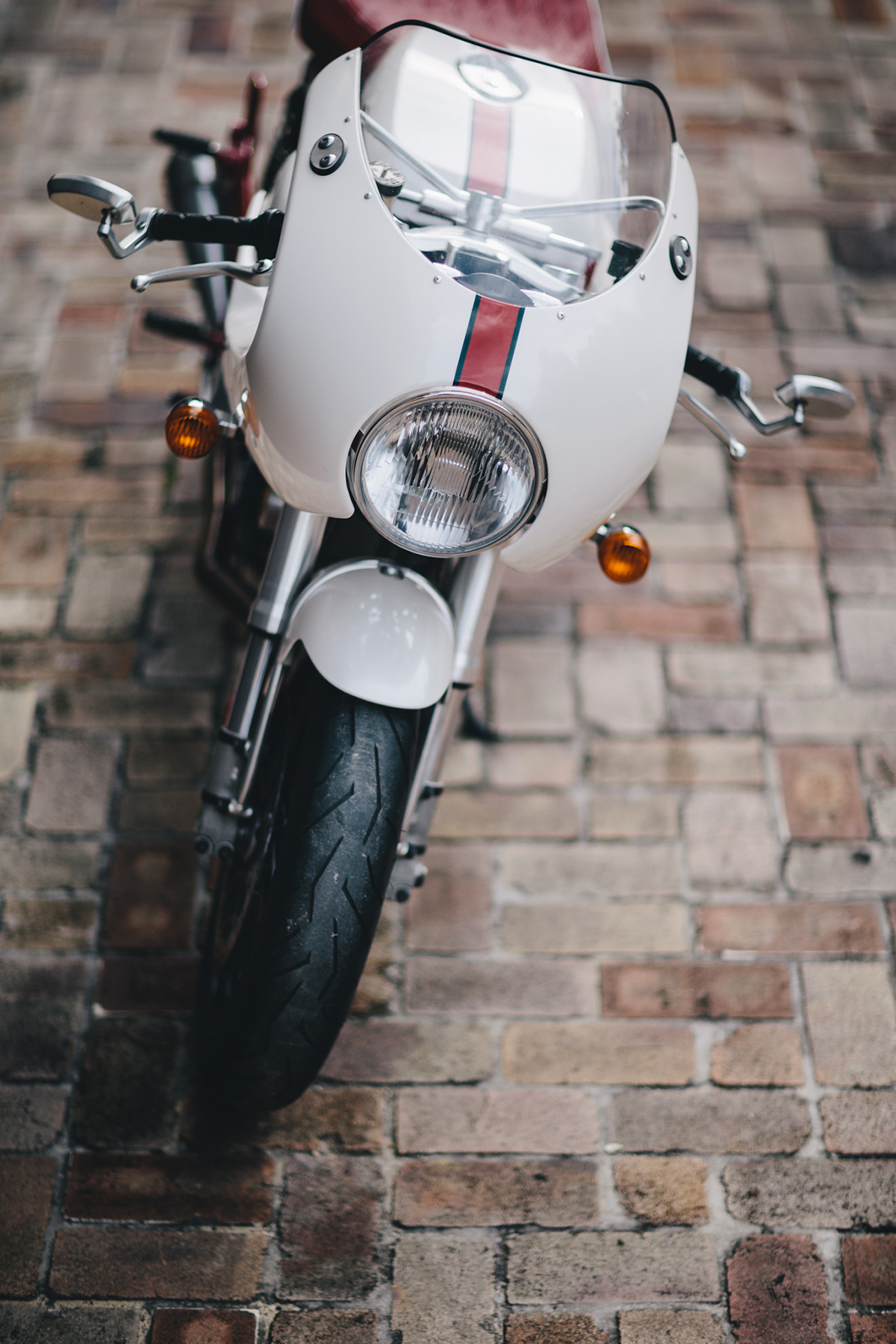 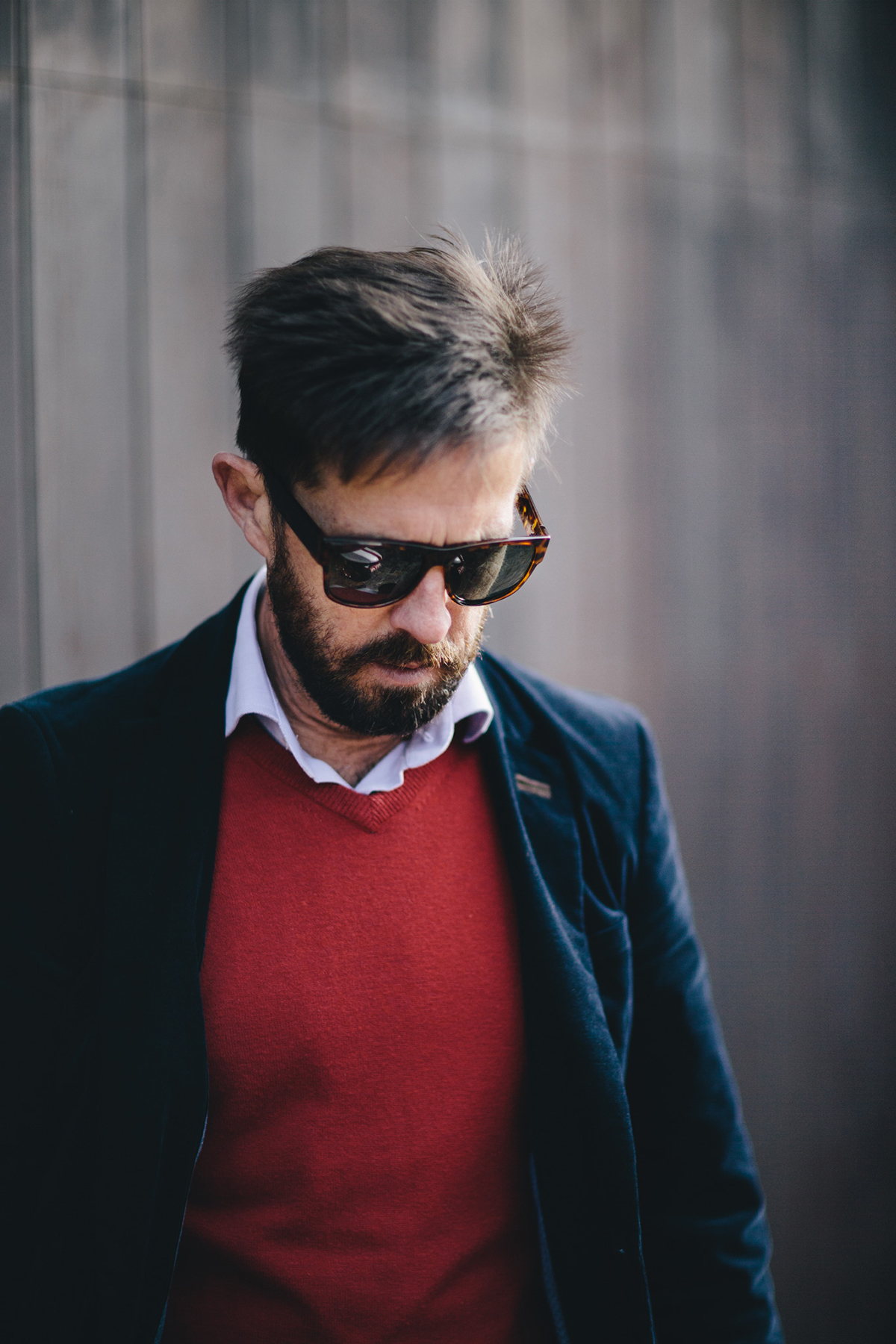 This modern classic style motorcycle would tick all the boxes that Glen was after. It had the look and the feel, while pressing the emotional buttons that many modern sports bikes did not. “It was never a question of “What is this bike’s performance?”, that was not what I was seeking.” The 2008 Ducati SportClassic that Glen would settle with  is the product of Ducati design chief Pierre Terblanche paired with the Desmodue 992cc 90degree V-Twin Ducati 1000 Dual Spark engine, otherwise known as the DS9 engine. It’s a modern classic motorcycle that looks incredible straight out of the factory. 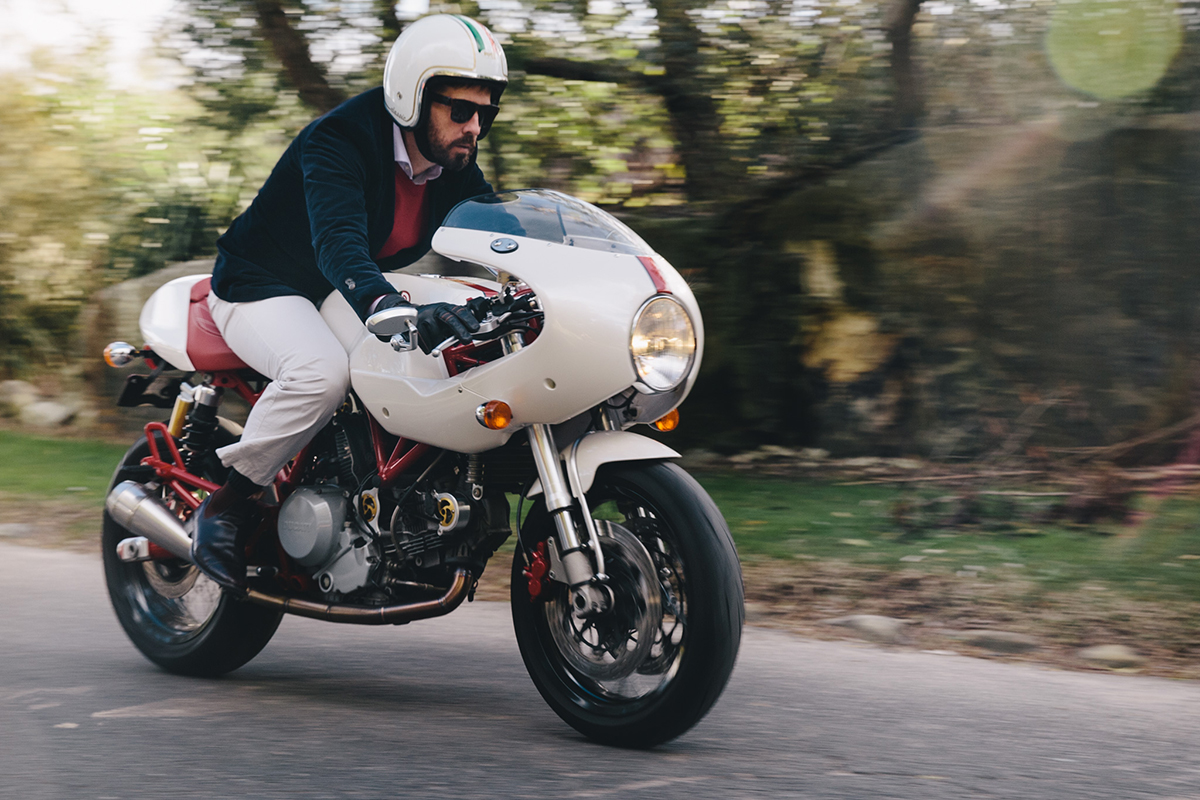 This new machine would be a crowning upgrade from the bikes that Glen had previously owned and throttled, having bashed about on smaller bikes many years prior. “My first bike was an early ‘80’s Honda CB250 which was a great commuter, but the poor bike got flogged to death doing flat tracking around our backyard. The clutch burned out and the bike went down in a puff of smoke. From there I had a few shitter bikes of a similar vein, so I thought I’d better buy the bike that I wanted as soon as the first opportunity presented. Seven bikes later, and I have my keeper.” 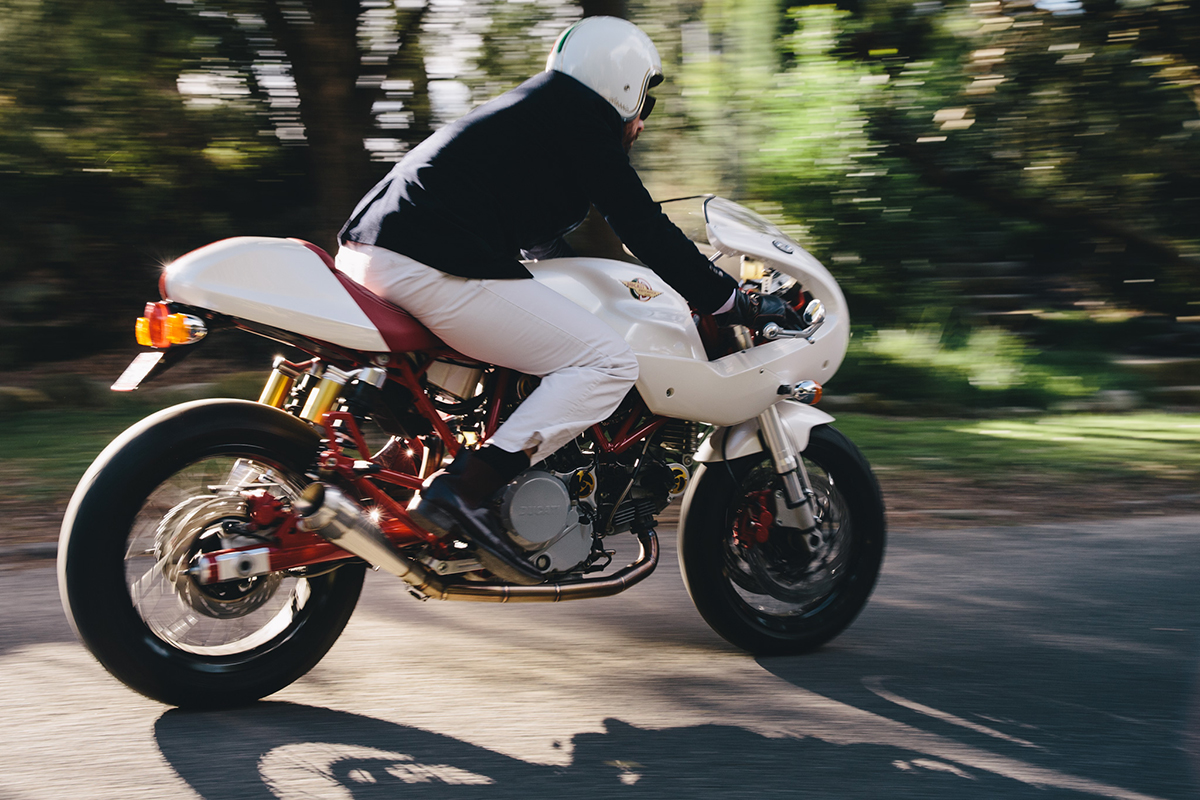 “This is a machine that represents everything I value in a motorcycle; the fundamental ‘retro’ design, plenty of power, the marque. Whilst it wasn’t in my mind when I bought it, the bike proved to be a great platform to work on the look and feel. There has been significant change to the colour scheme, exhaust system, upholstery, timing belt covers, and all the small bits and pieces. It’s the geometry and essence of the bike that remains unchanged; I’ve taken a top shelf stock design (and what would I know compared to Pierre Terblanche), and applied very personal changes to make it mine.” 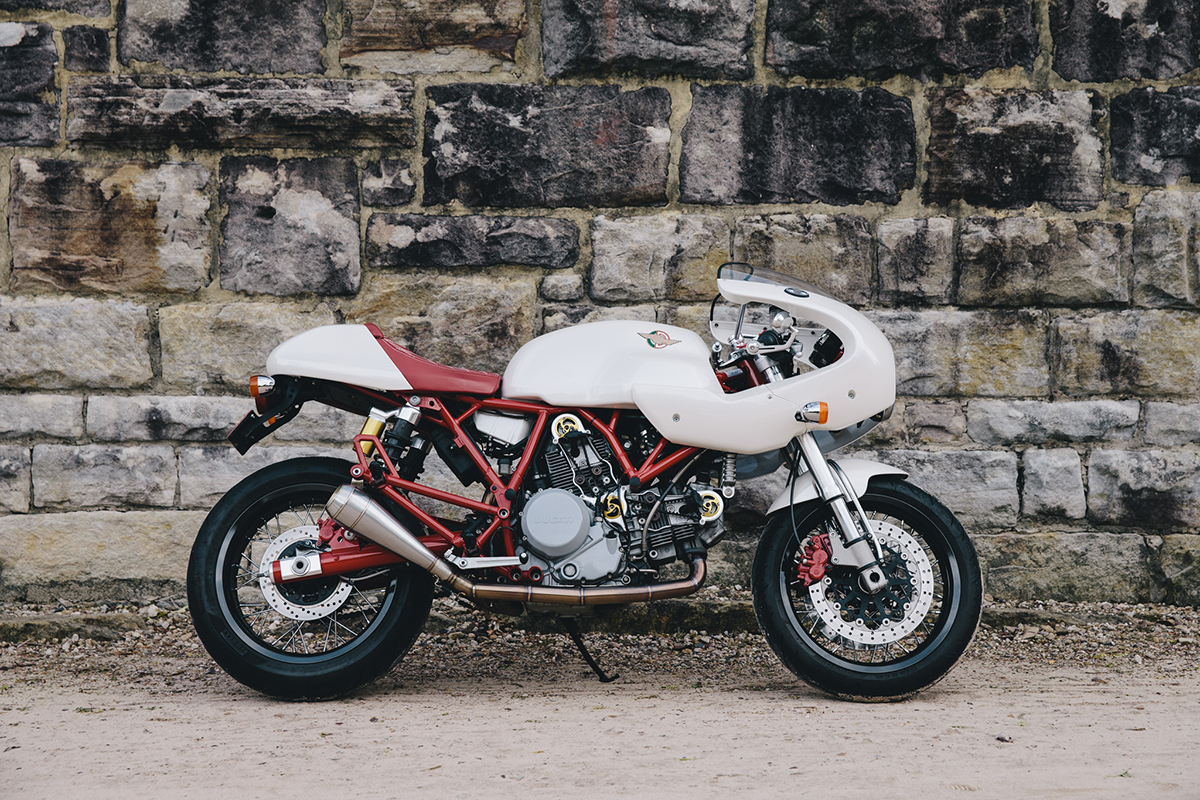 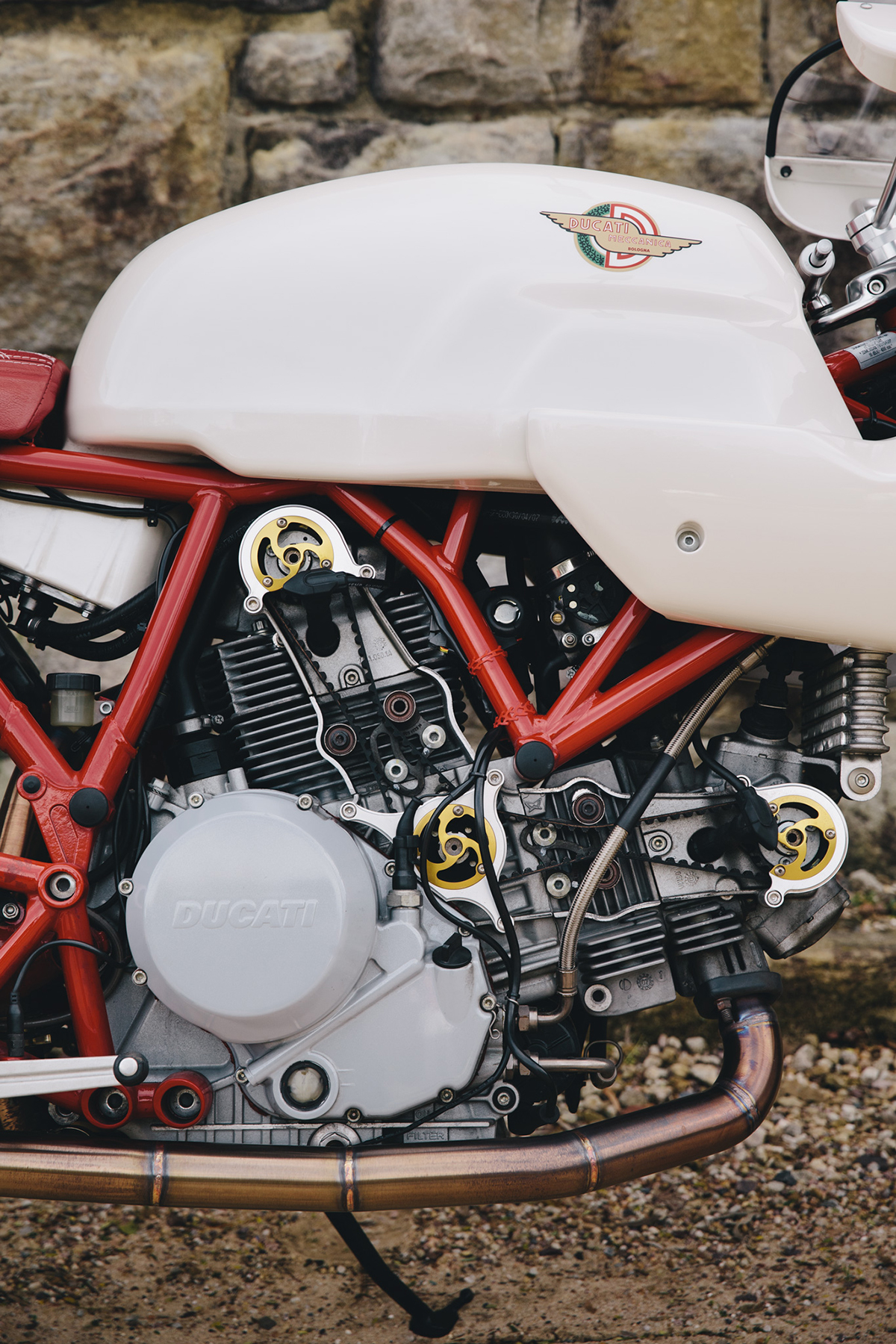 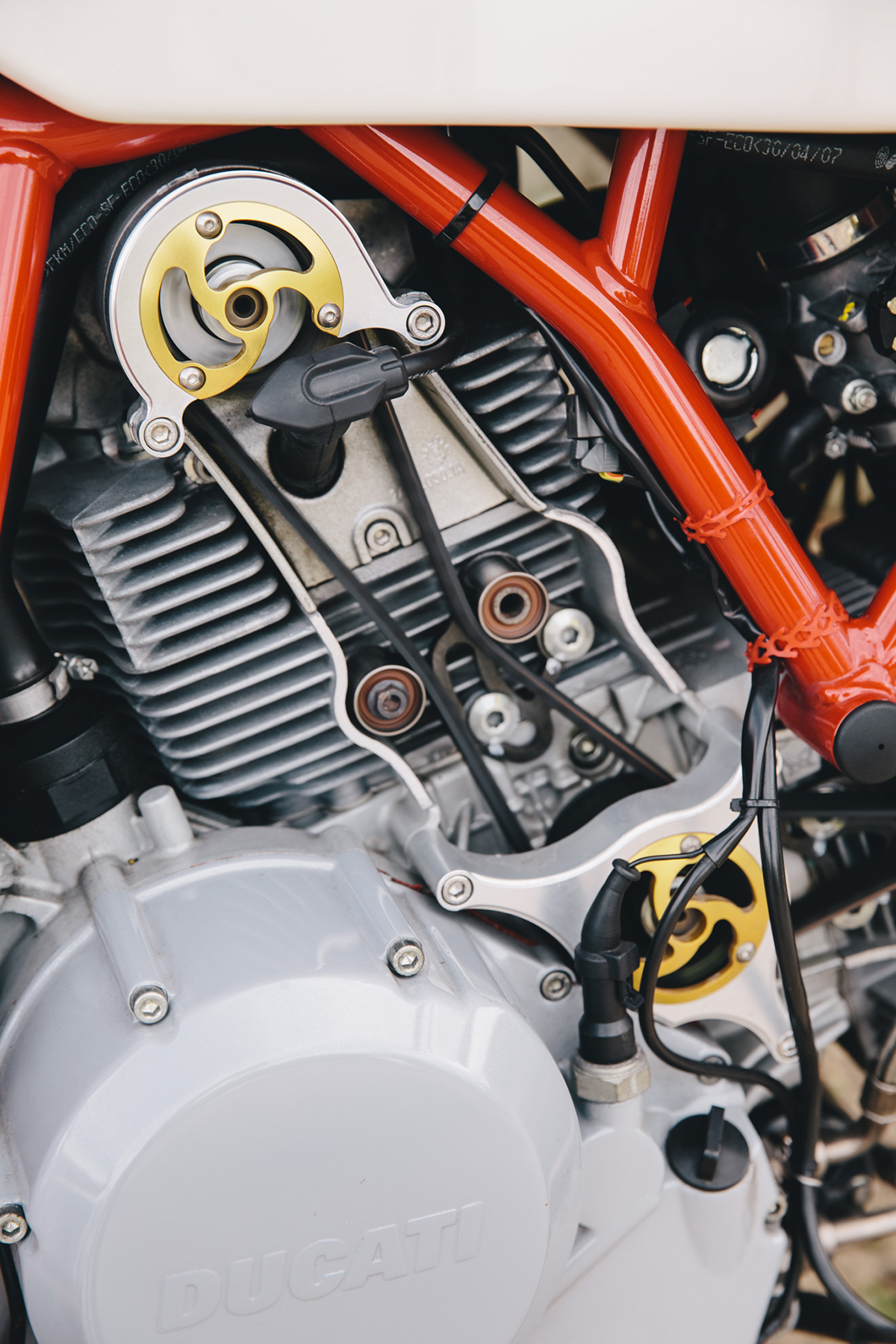 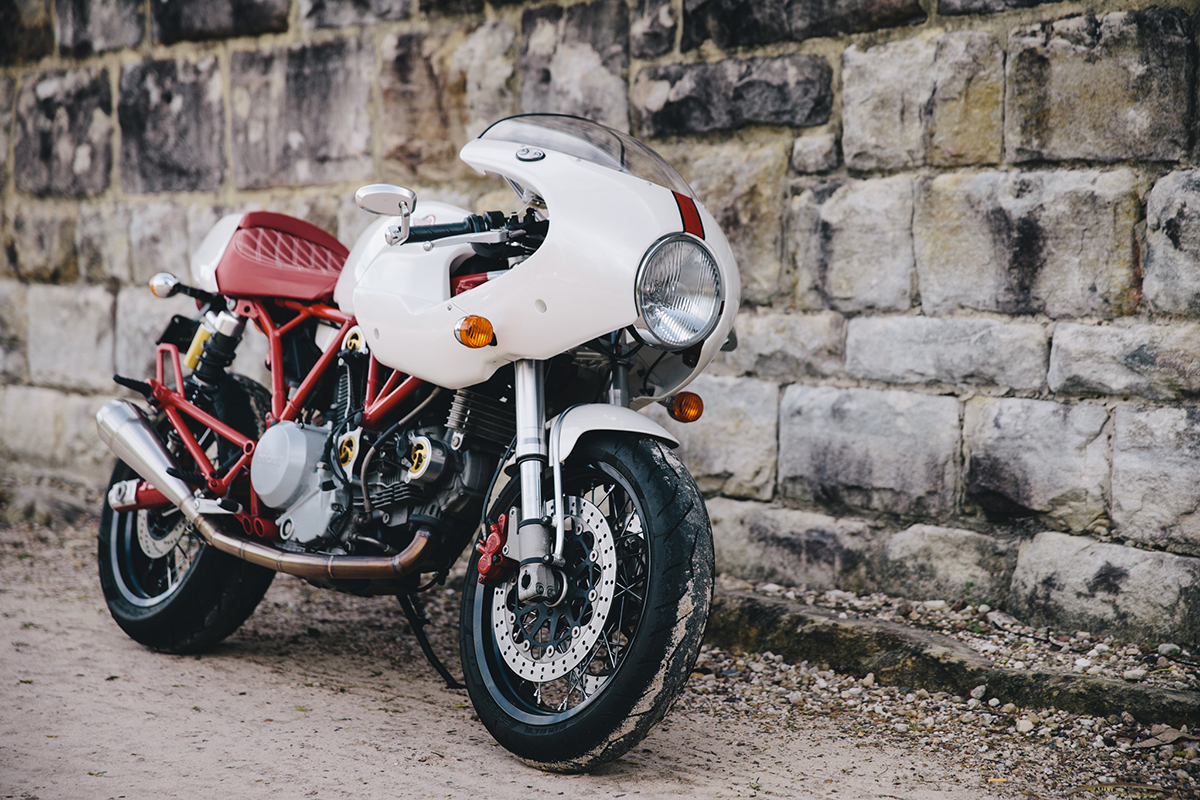 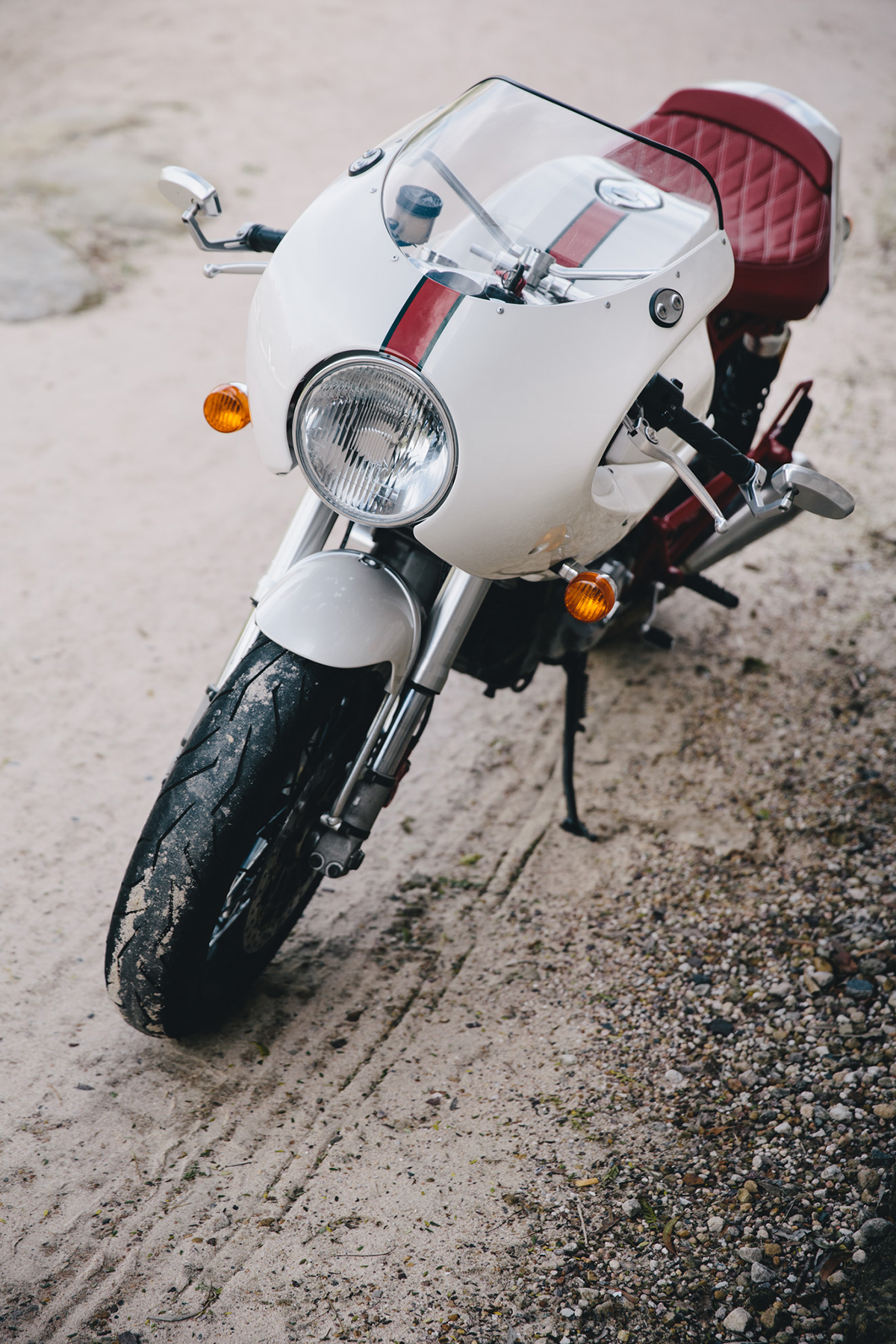 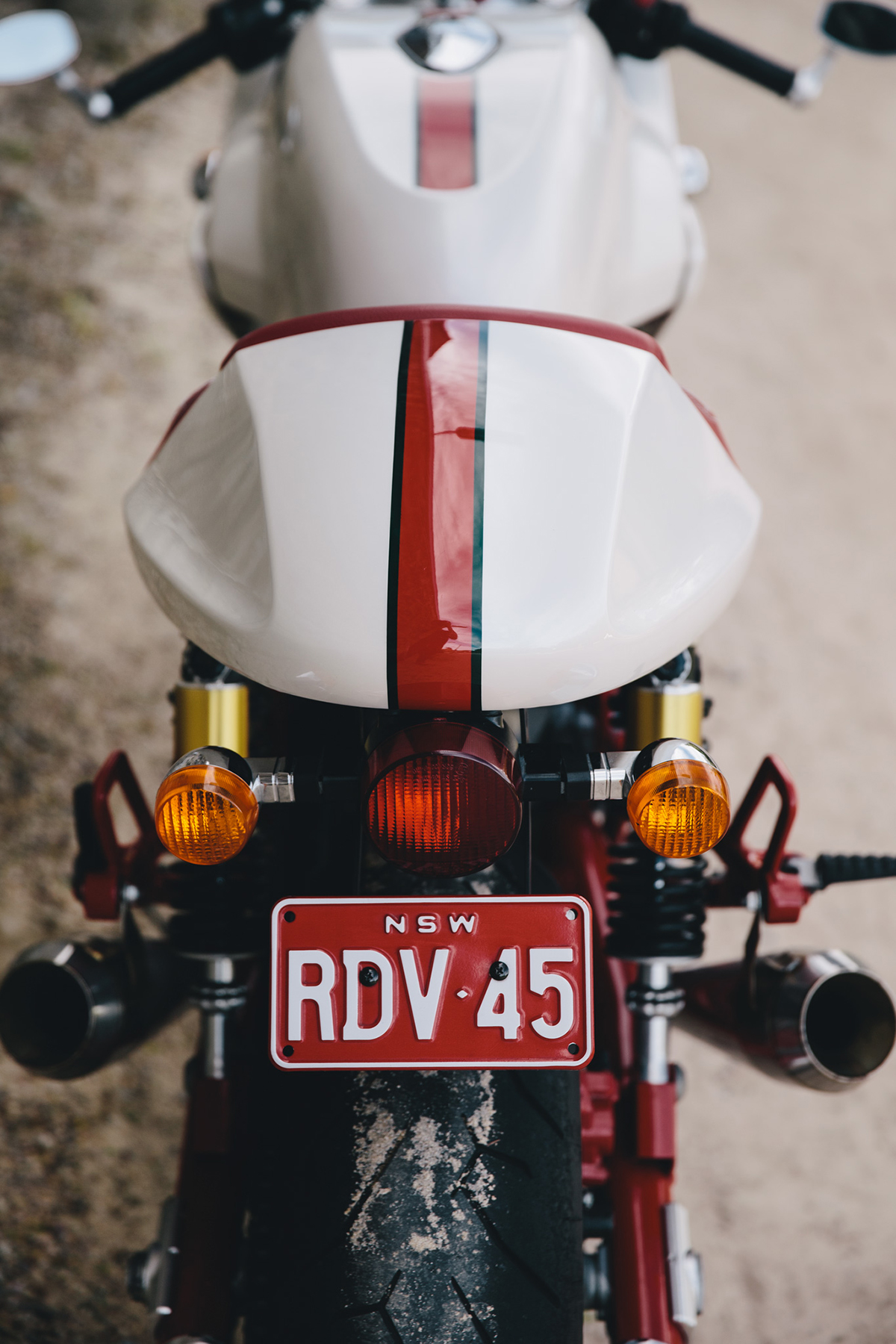