BMW Motorrad Australia recently helped take part in the Throttle Roll Street Party, helping support the morning’s ride as well as the main event. This would be no one-night stand, but a beautiful and blossoming relationship between the two. However, early in the morning before BMW could awake, Throttle Roll slipped out of the perfectly laid german sheets and decided to “borrow” a BMW R nineT to make sure this relationship had the right stuff. 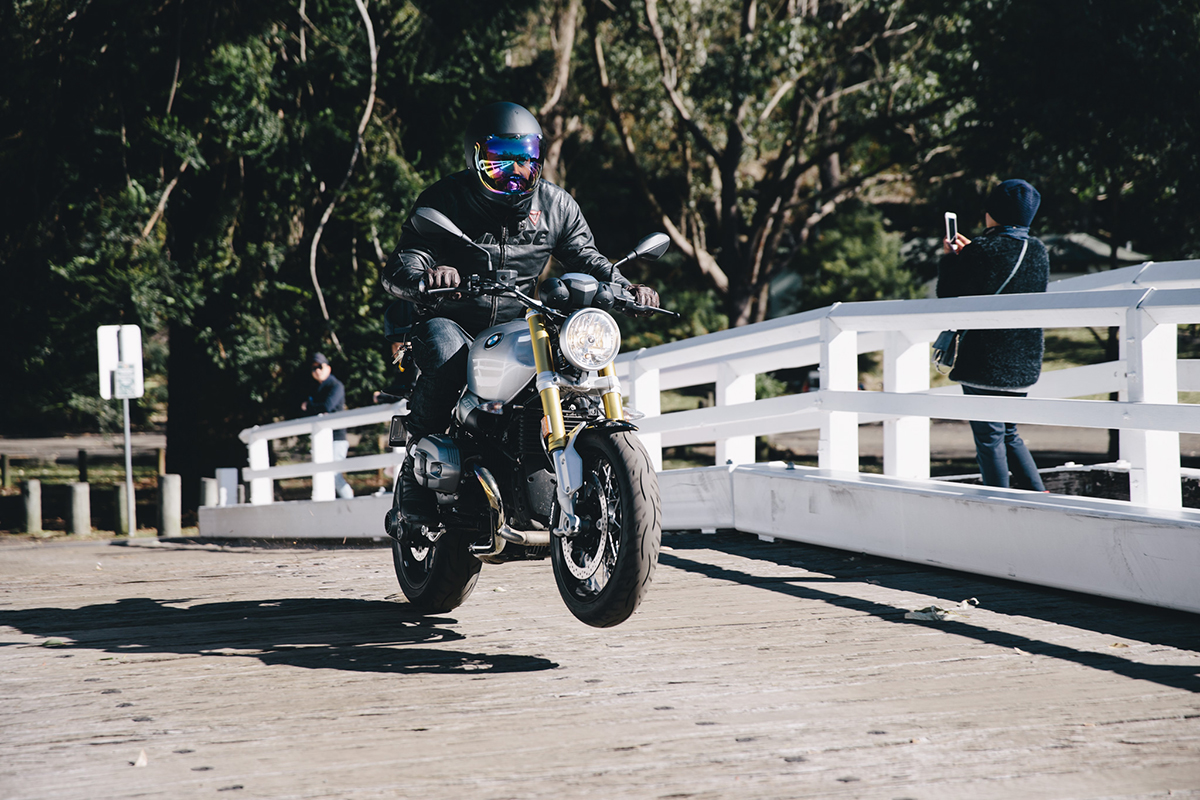 Introduced back in 2014, the R nineT is a retro-styled machine that is to be the blank canvas for those wanting to flex their custom muscle. A throw back to the past, this is a bike that celebrates over 90 years of BMW engineering. Whilst the Germans are renowned for their machine like efficancy, bordering on almost clinical technology that could be called soulless by some, this is a retro styled modern piece of technology that has a very important thing – Soul. Sit on this bike, turn the engine on and as soon as you take off you’ll begin to know the personality of this machine, something that can often be overlooked in new machines in the 21st century. 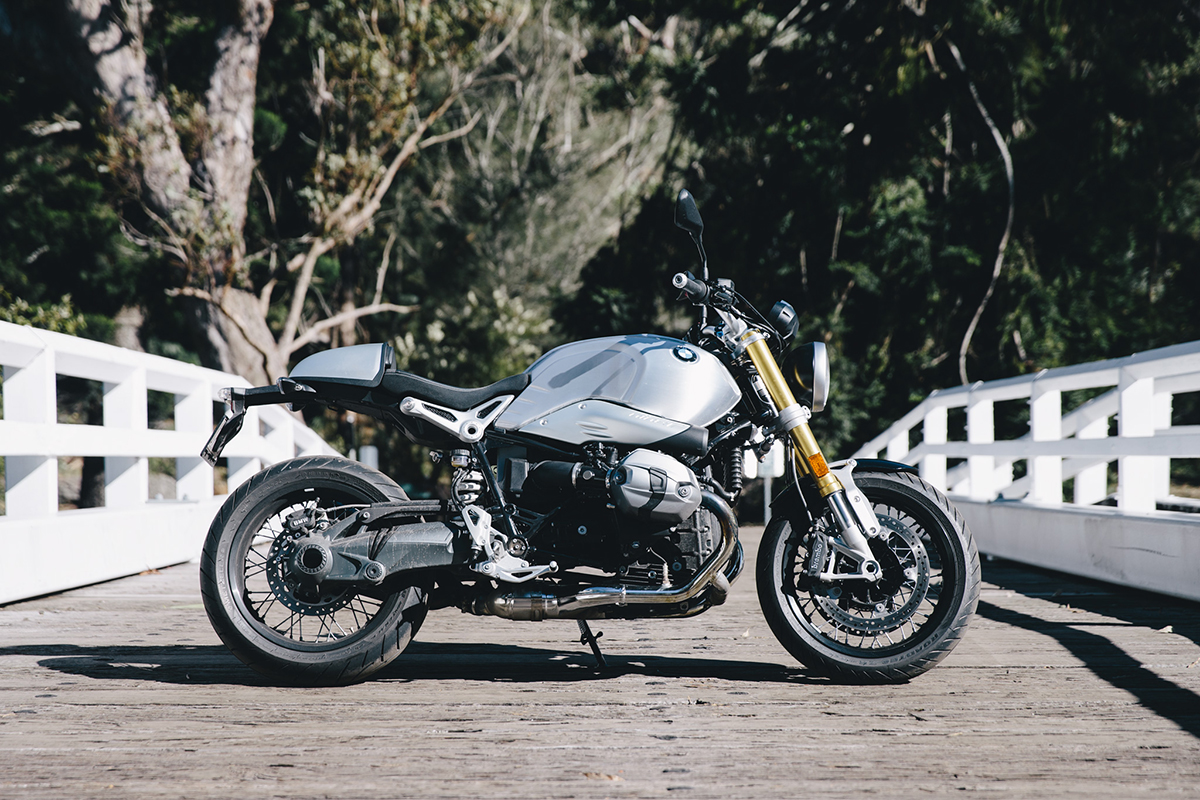 I’ve ridden a ton of bikes, old and new, custom and stock. What attracts me most is always the older machines, the cougars of the machine world. I love the quirks and imperfections, the rumble, the lack of refinement – this forms personality in a machine for me. I tried to be as objective as I could before I jumped onto a brand new bike, and as soon as I did the voice in my head (I swear I’m sane) said “Yep, cool, another bike to play with”. That all changed when I put the key in, turned it on and this machine suddenly came to life. And that’s what stuck out to me, this bike was alive. 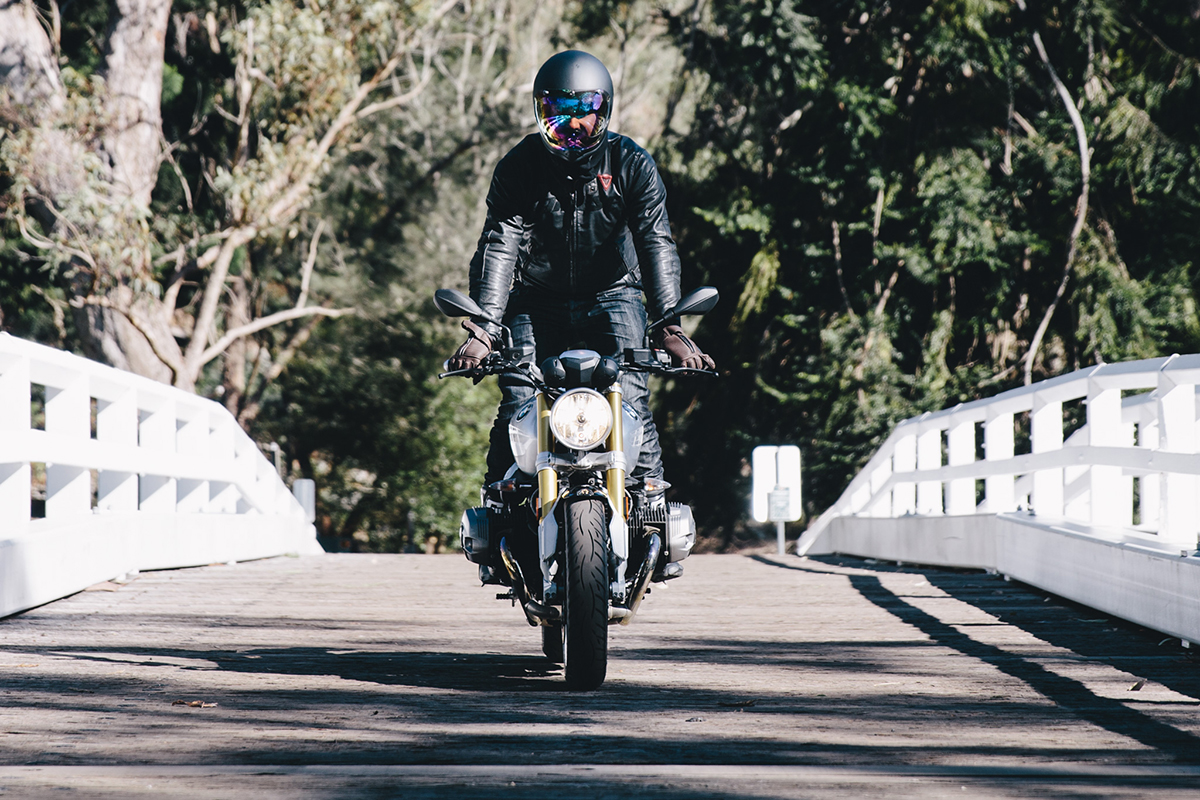 The stock exhaust thundered out a great tune – something I thought I’d never say about stock pipes before. “How is this legal?!” I thought. I rolled back on the throttle and the bike swayed from left to right, like an anxious horse ready to tear across grassy plains. I felt like I was in neutral sitting at a set of traffic lights in a mini with a V8 and a lead foot. The rumble is an instant turn on, and I knew instantly that I was going to enjoy this bike. 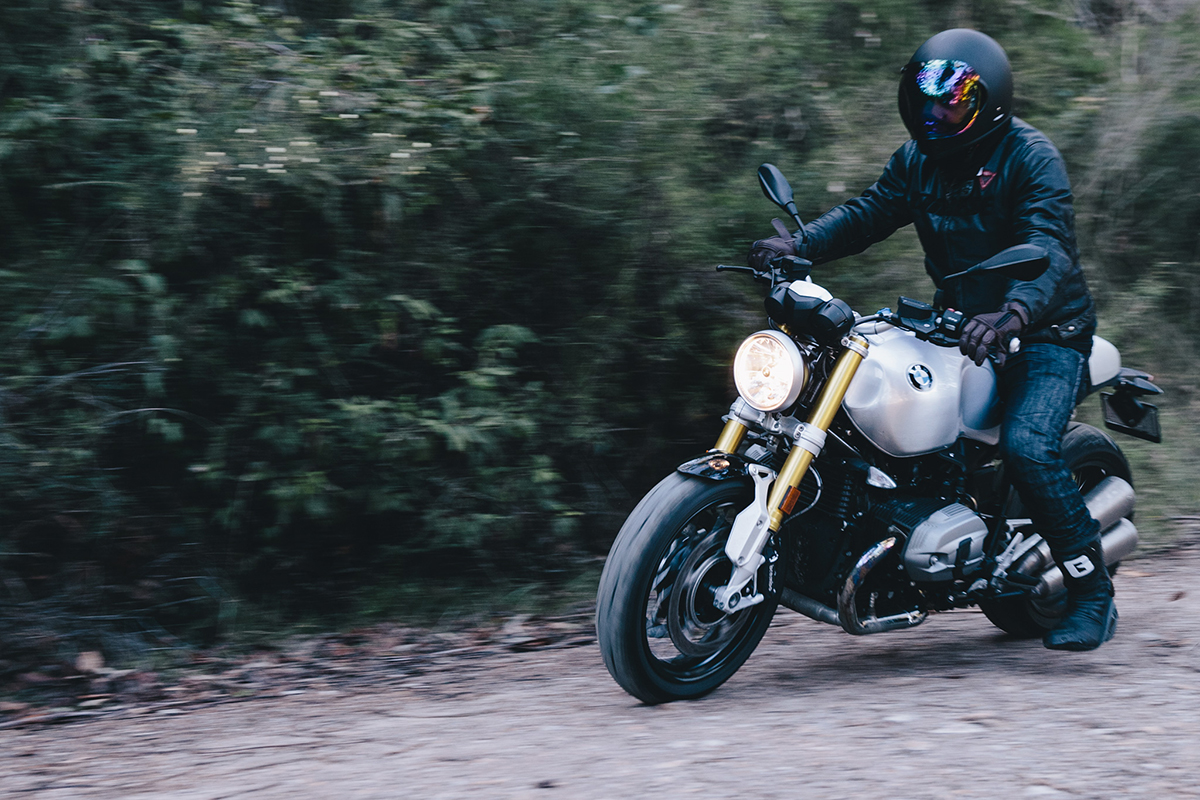 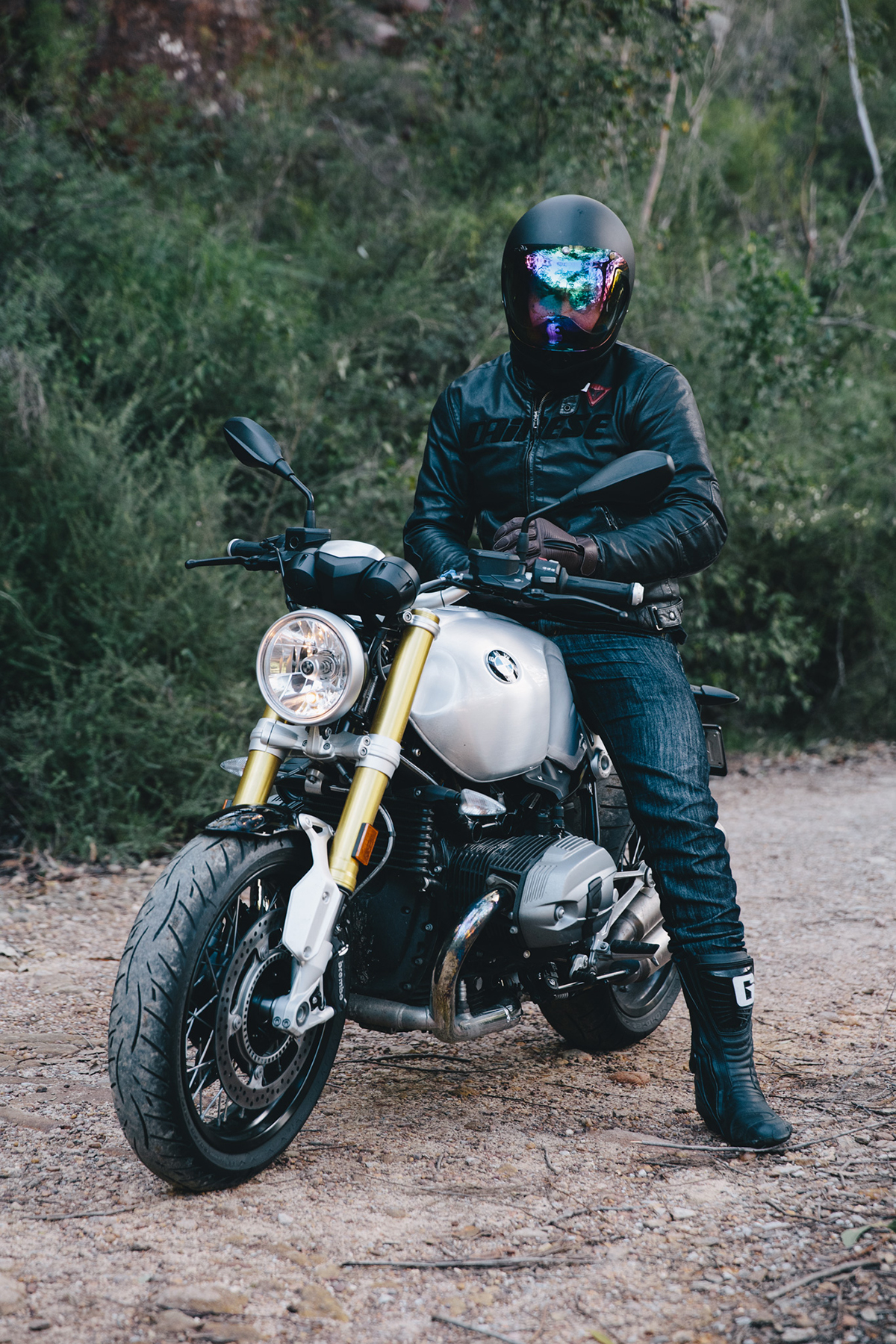 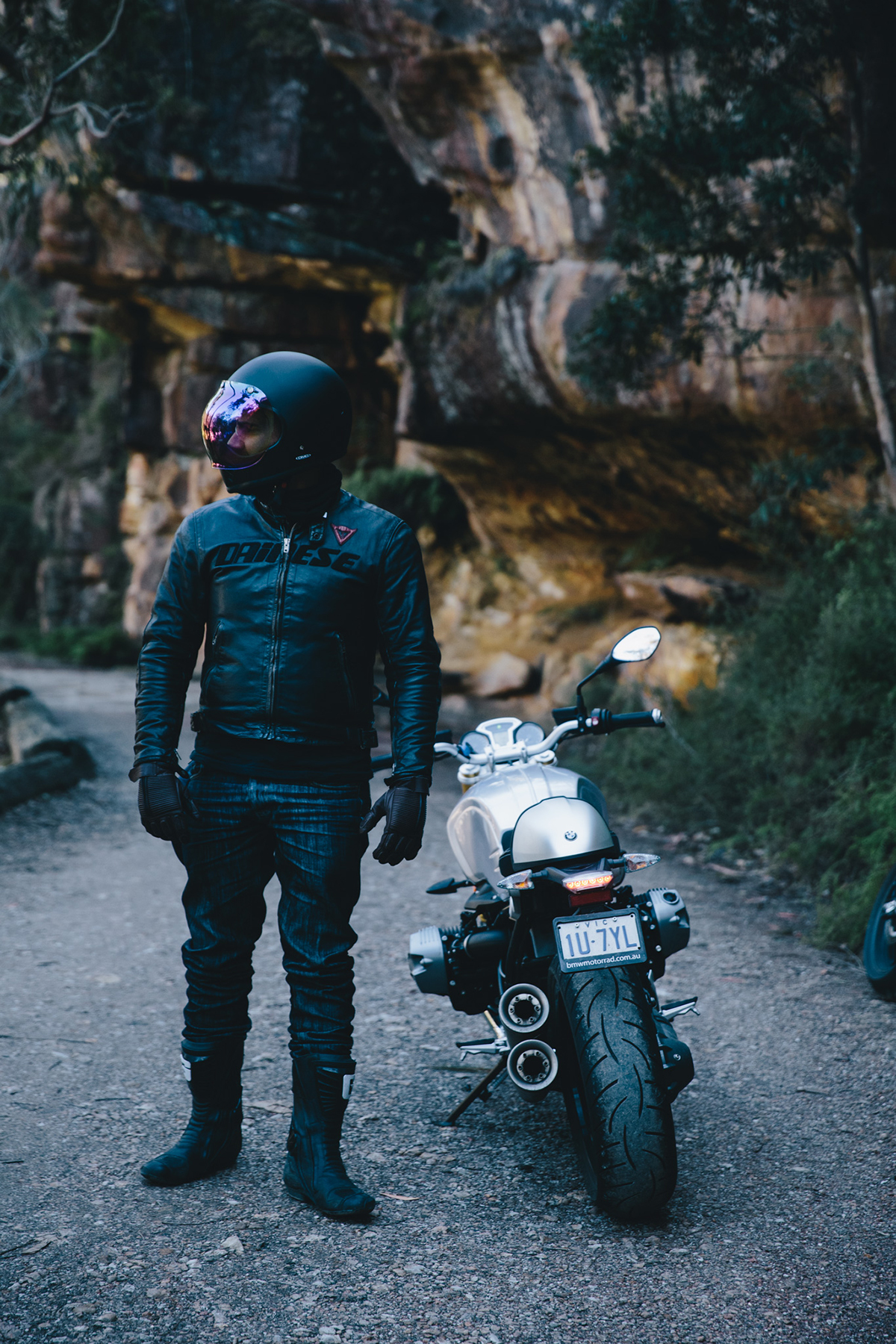 This stead needed its legs properly stretched, so a ride from the Royal National Park up to Kiama would be just the ticket. Despite being a modern motorcycle, it’s held back from some of the techy creature comforts such as Traction Control – though this is not much of a negative for me. It does however still have hand warmers, because nothing ruin’s a lovers touch more than some chilly digits. This was perfect for the trip down south during winter as the cold snap was in full force. 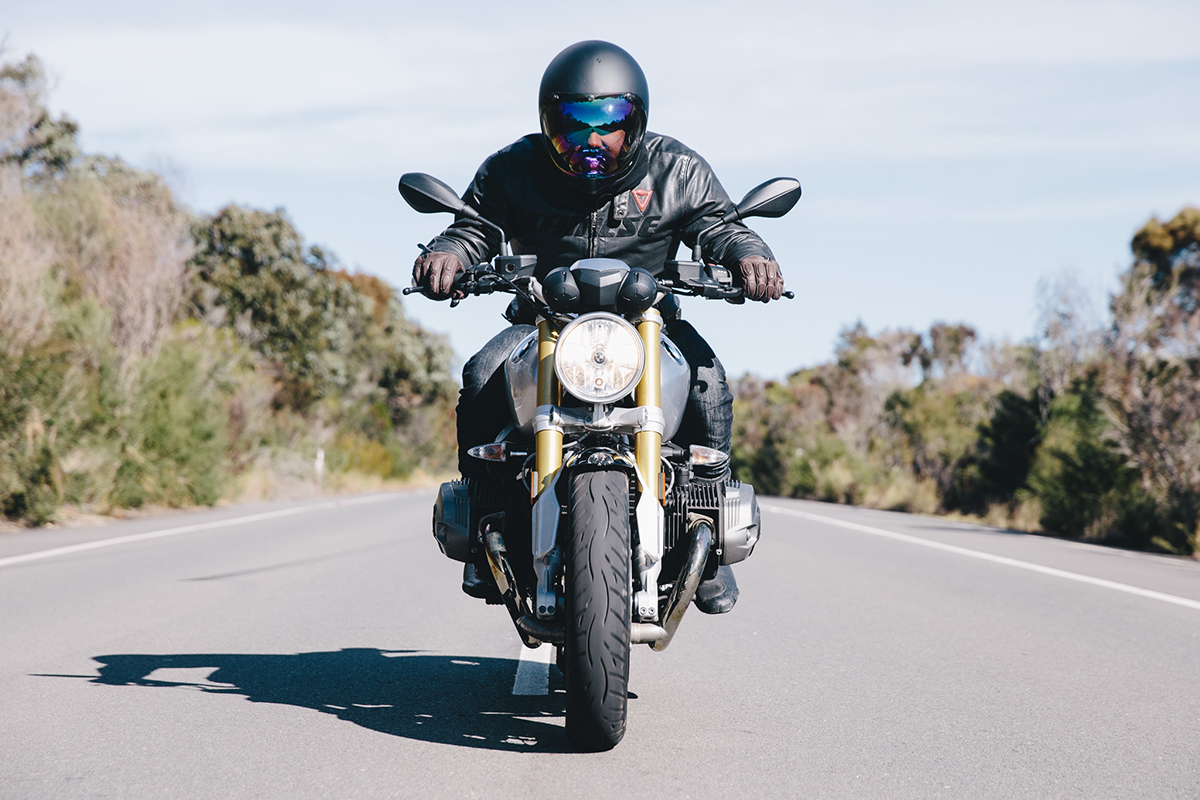 Going around corners is just one test for this ‘cycle, it also needed to be tested in some more niche circumstances, such as mini jumps off old wooden bridges. Something that surely will come in handy for the inevitable zombie apocalypse, probably. Muddy burnouts would also be on the list of things this bike would need to trial – not for any particular reason but because we know the Germans like to get a bit dirty sometimes. It handled sharp braking and quick shifts in turning as I dodged branches, trees, moss and the occasional road kill from one of the windiest days we’ve had in years. Macquarie Pass, Kangaroo Valley to Kiama and back up through the National Park to Kirrawee, the bike thrived throughout the 400km+ roundtrip. It tore around the corners happily, and had power on tap throughout. 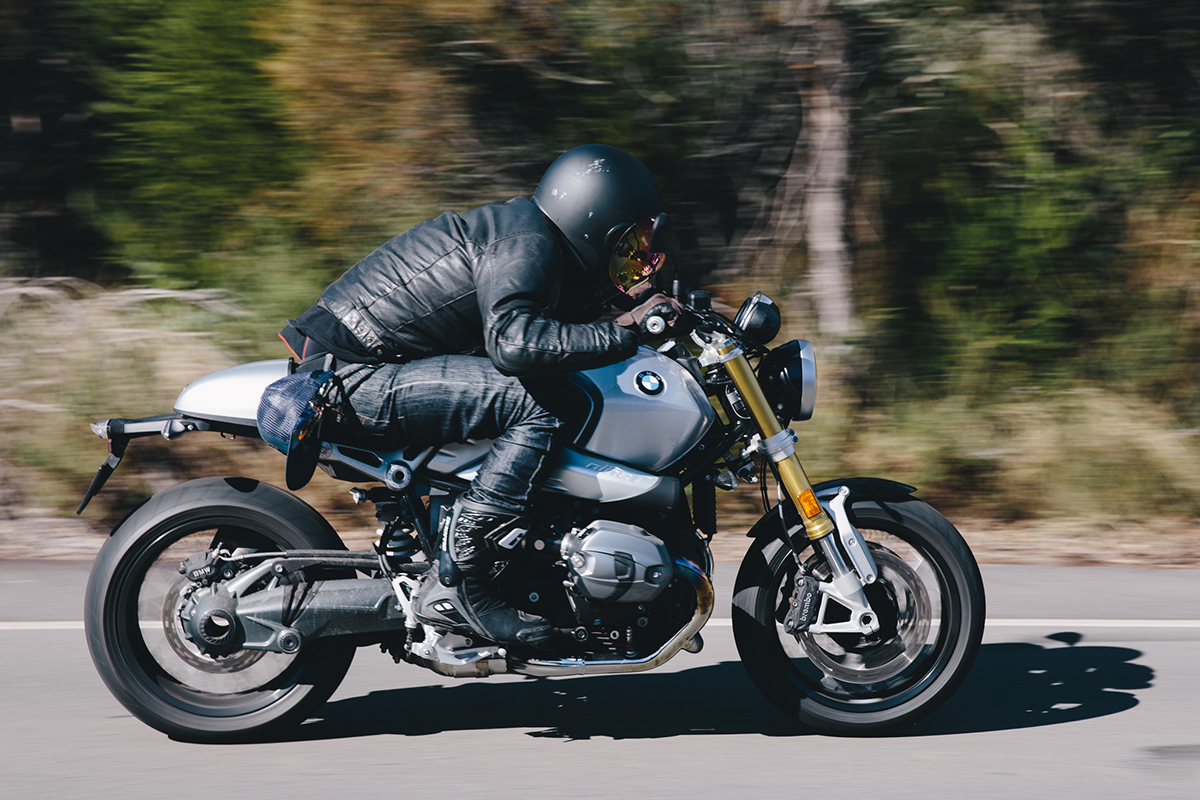 It wasn’t just the twisties that made this bike enjoyable to straddle and ride, as a daily commuter it even was enjoyable. The bike has a good upright riding position, vision to the end of the road all the while enjoying that great exhaust note. It proved to be a classic styled bike minus the old bike issues. Changing the stock mirrors or a sleeker version would be ideal, as lane filtering and tucking between Sydney’s congested traffic was made somewhat tricky at times, paired with the flat twin engine poking out ever-keen to nudge an unsuspecting car’s bumpers. 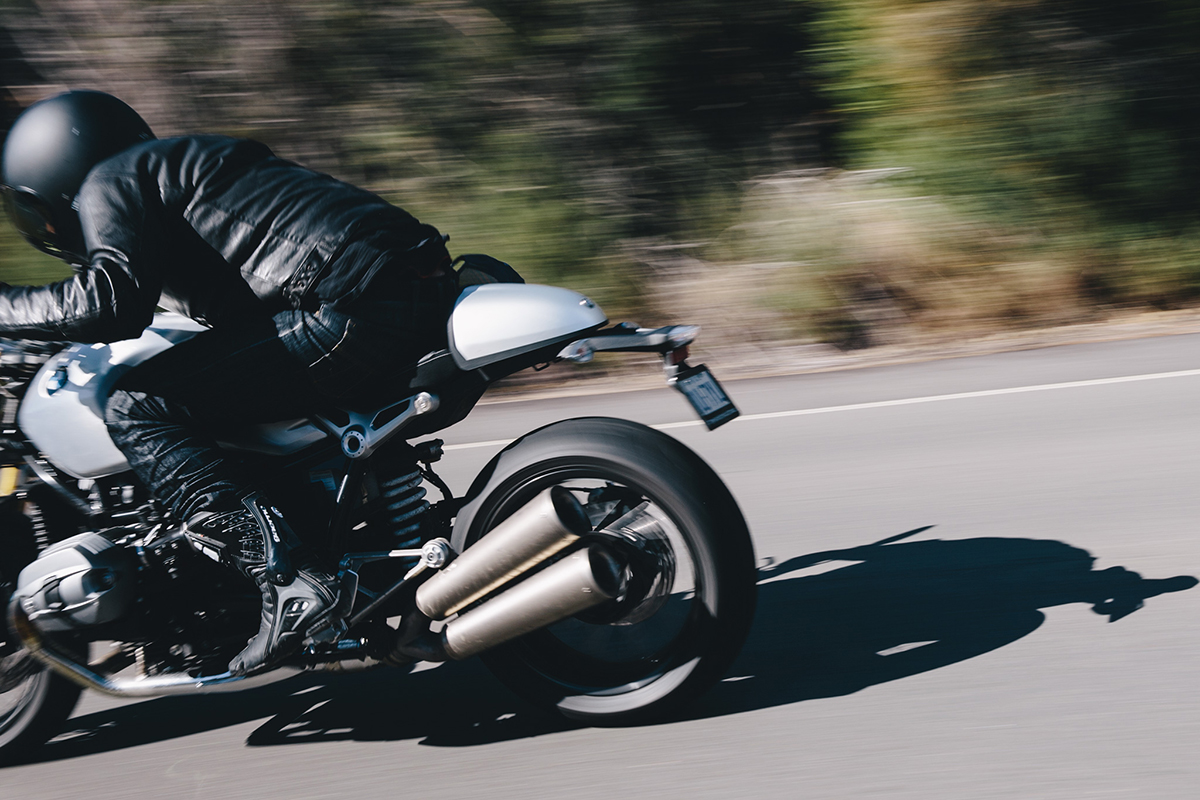 Looks wise, this version of the R nineT is by far my favourite. It’s got the right amount of mix between classic and modern straight out of the factory, with the brushed aluminium giving it a good amount of old school charm, along with the spoked wheels. This bike looks great stock, but the potential to take it up to the next level with custom work and modification is limitless. This is a machine that’s intended for customisation. The flat twin engine is great, with plenty of torque – although could be made better with about 10 more horsepower. The heavy engine braking is something that made this also great to chuck around the corners and control. 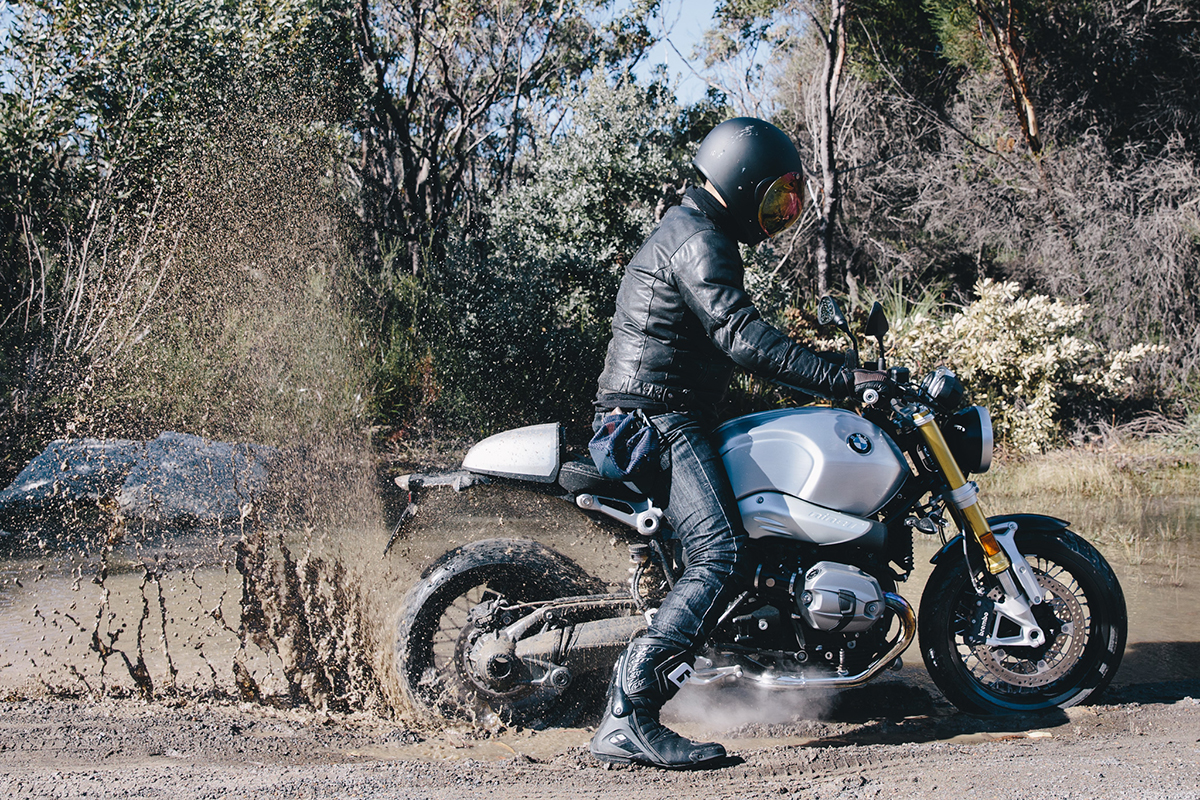 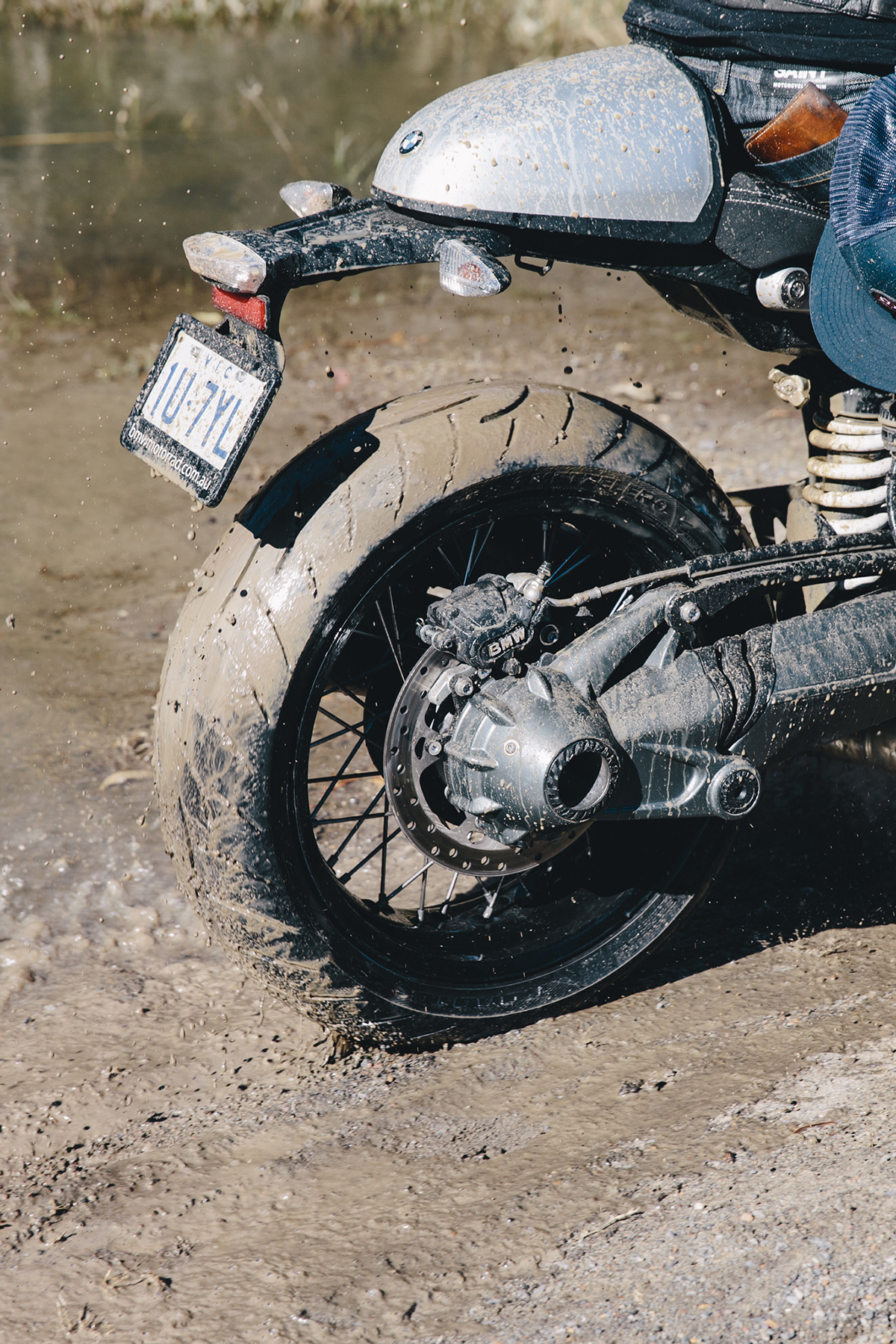 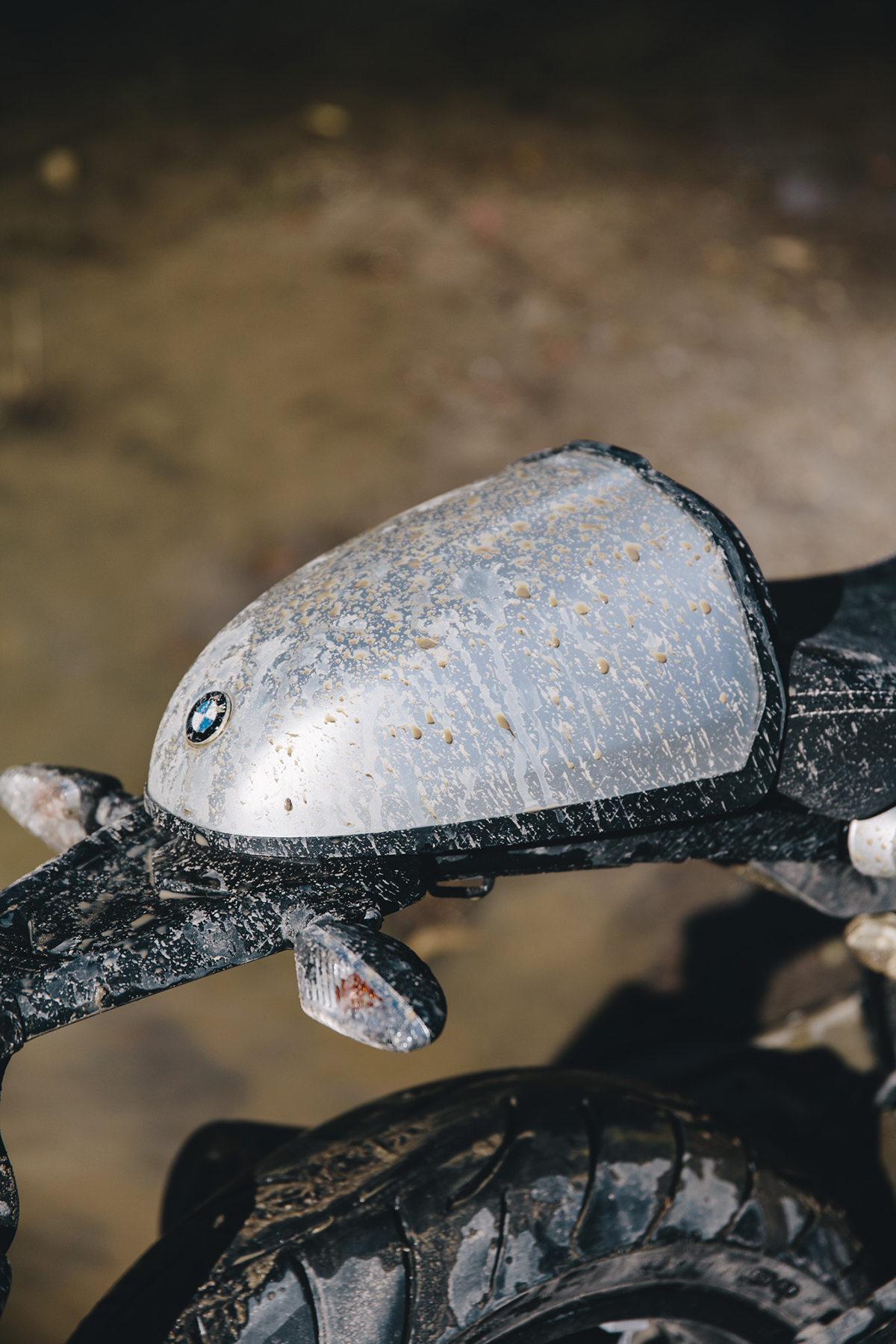 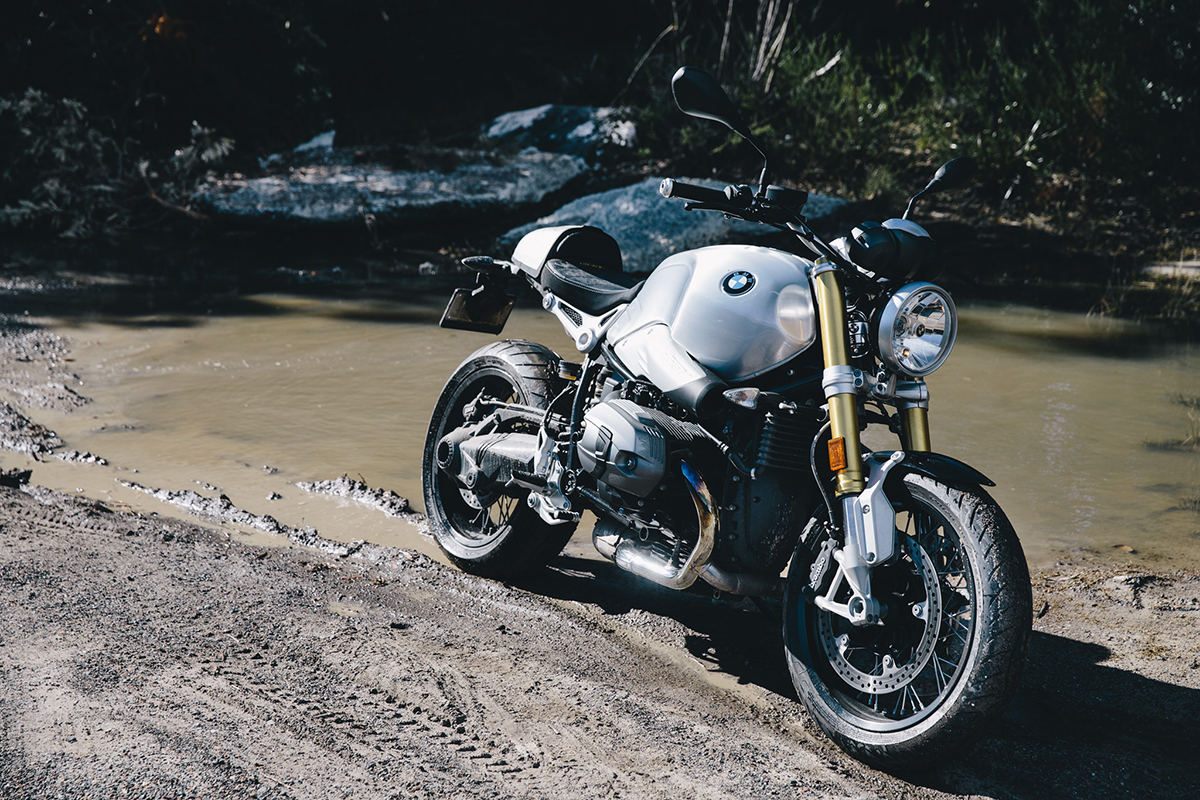 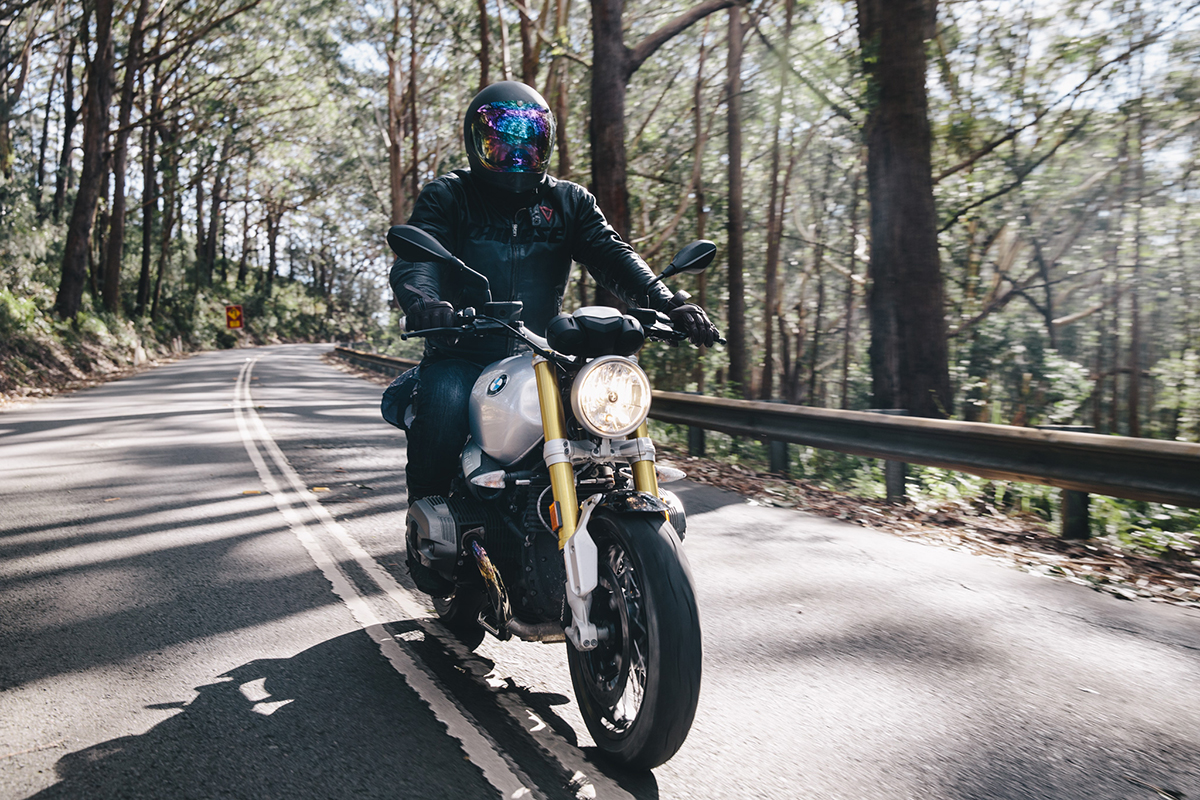 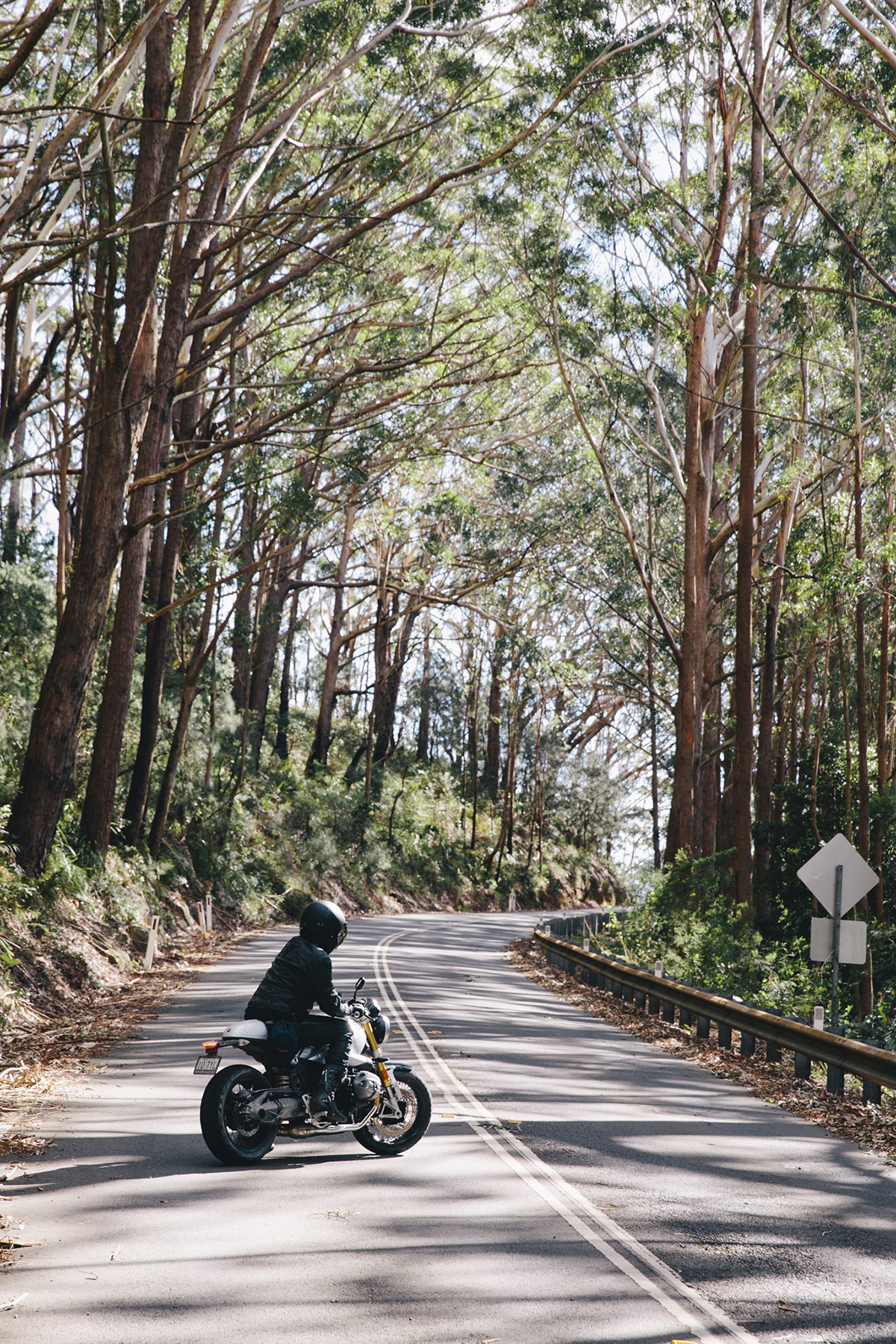 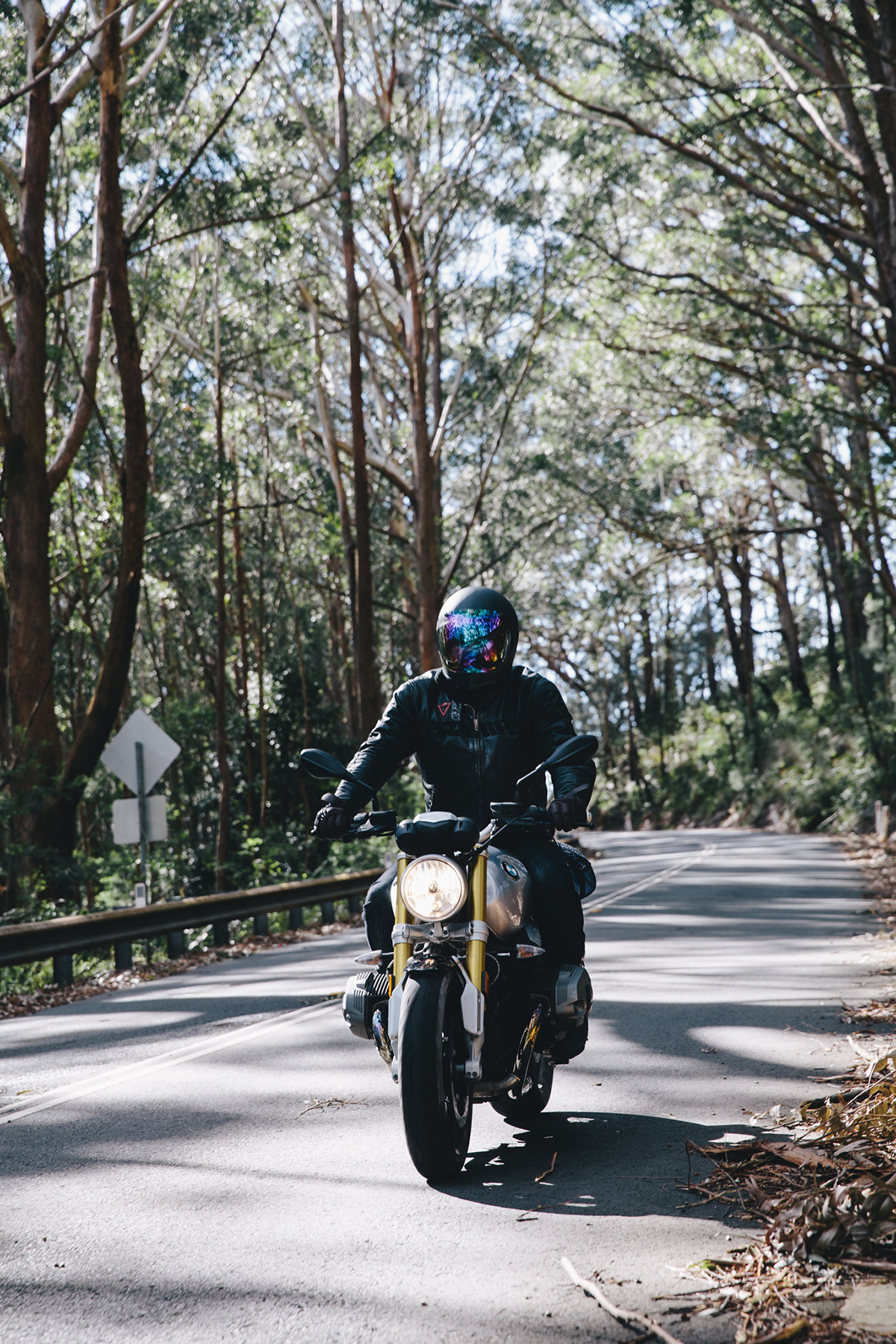 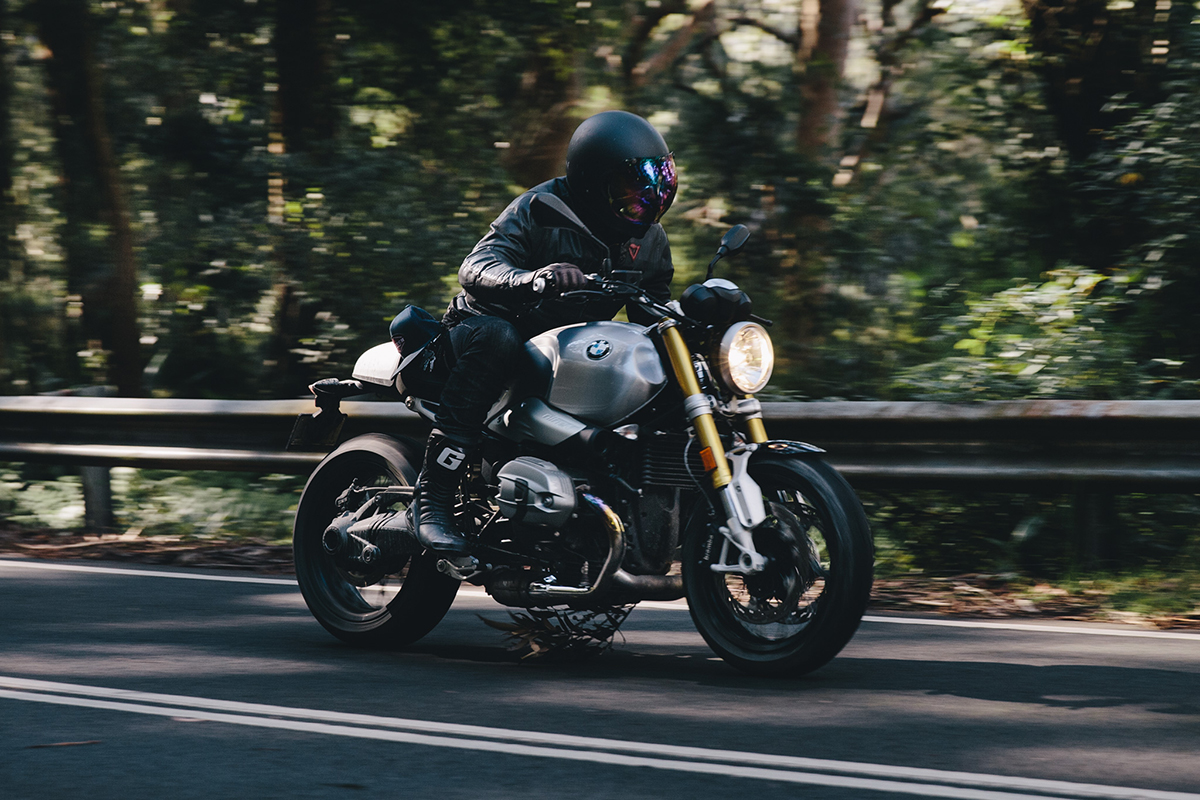 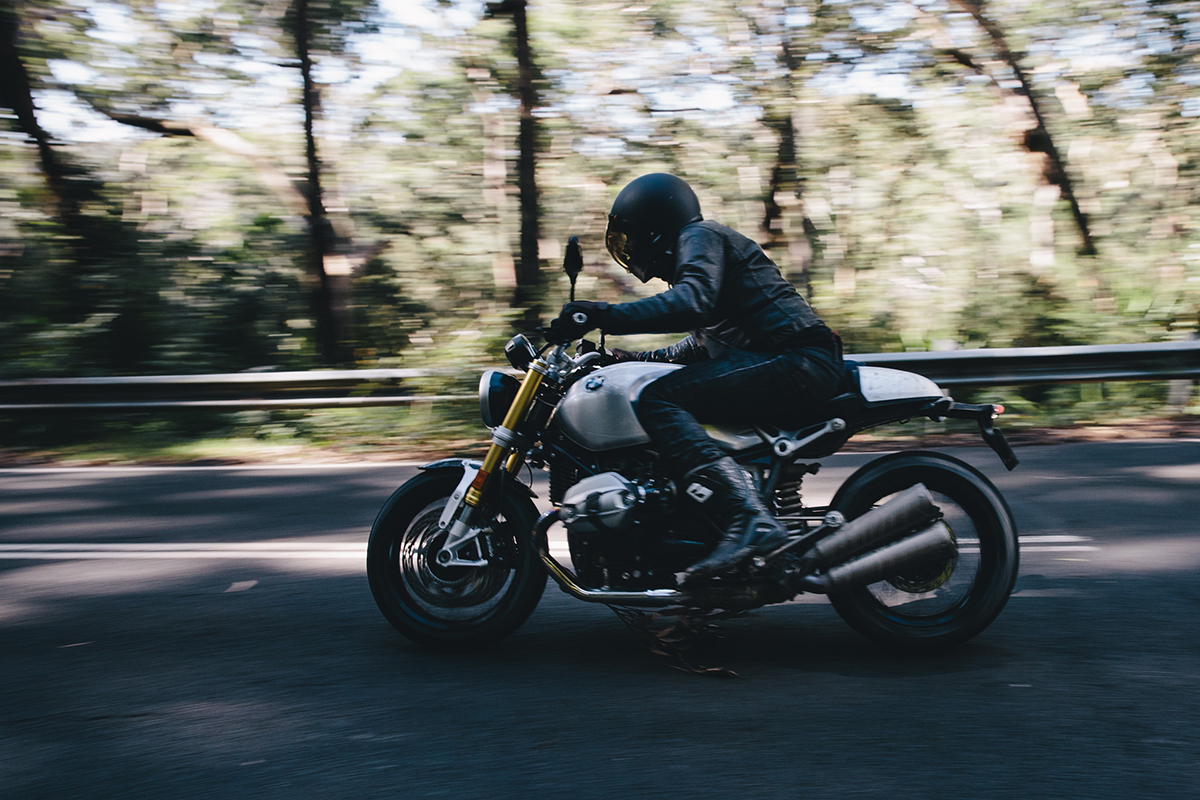 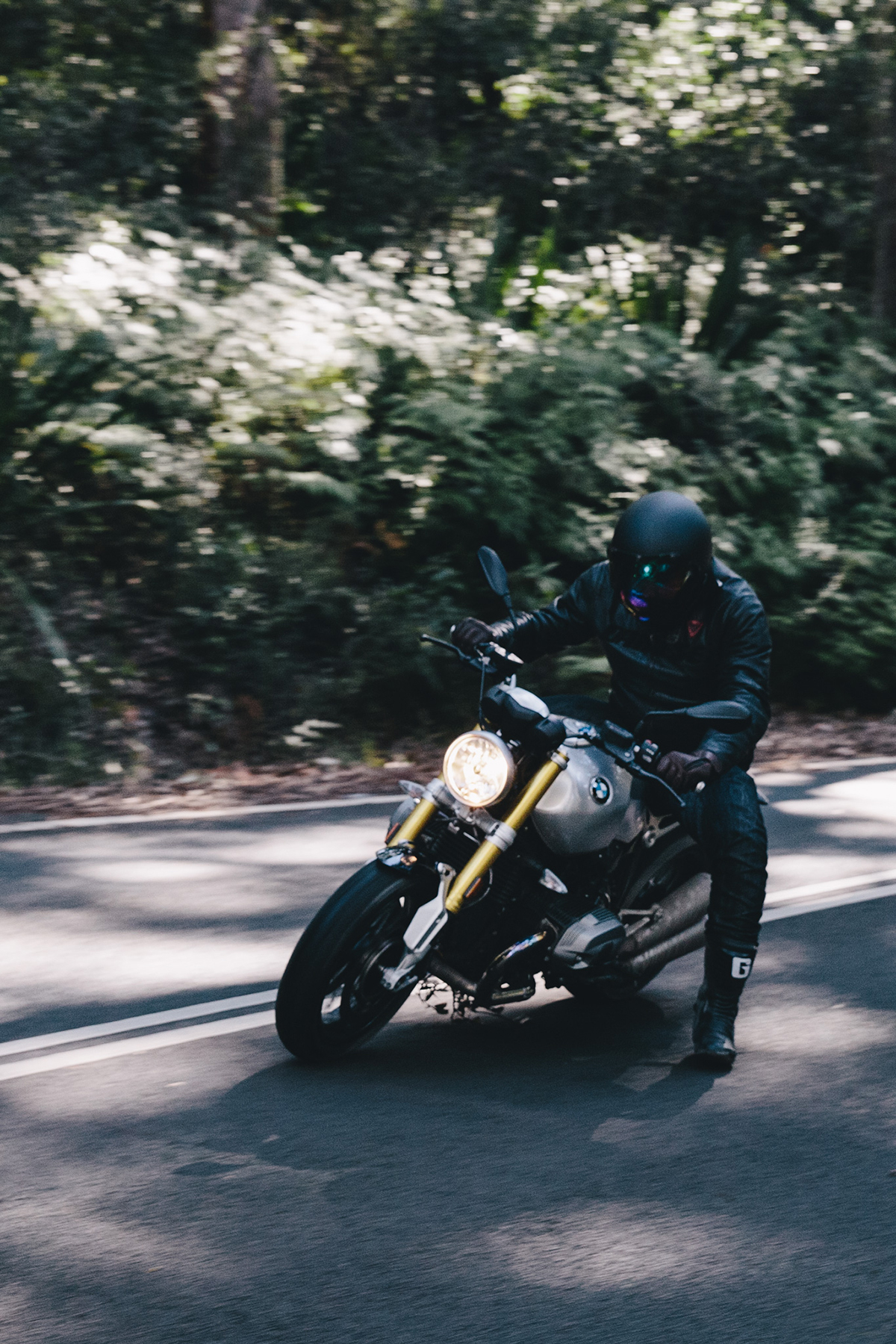 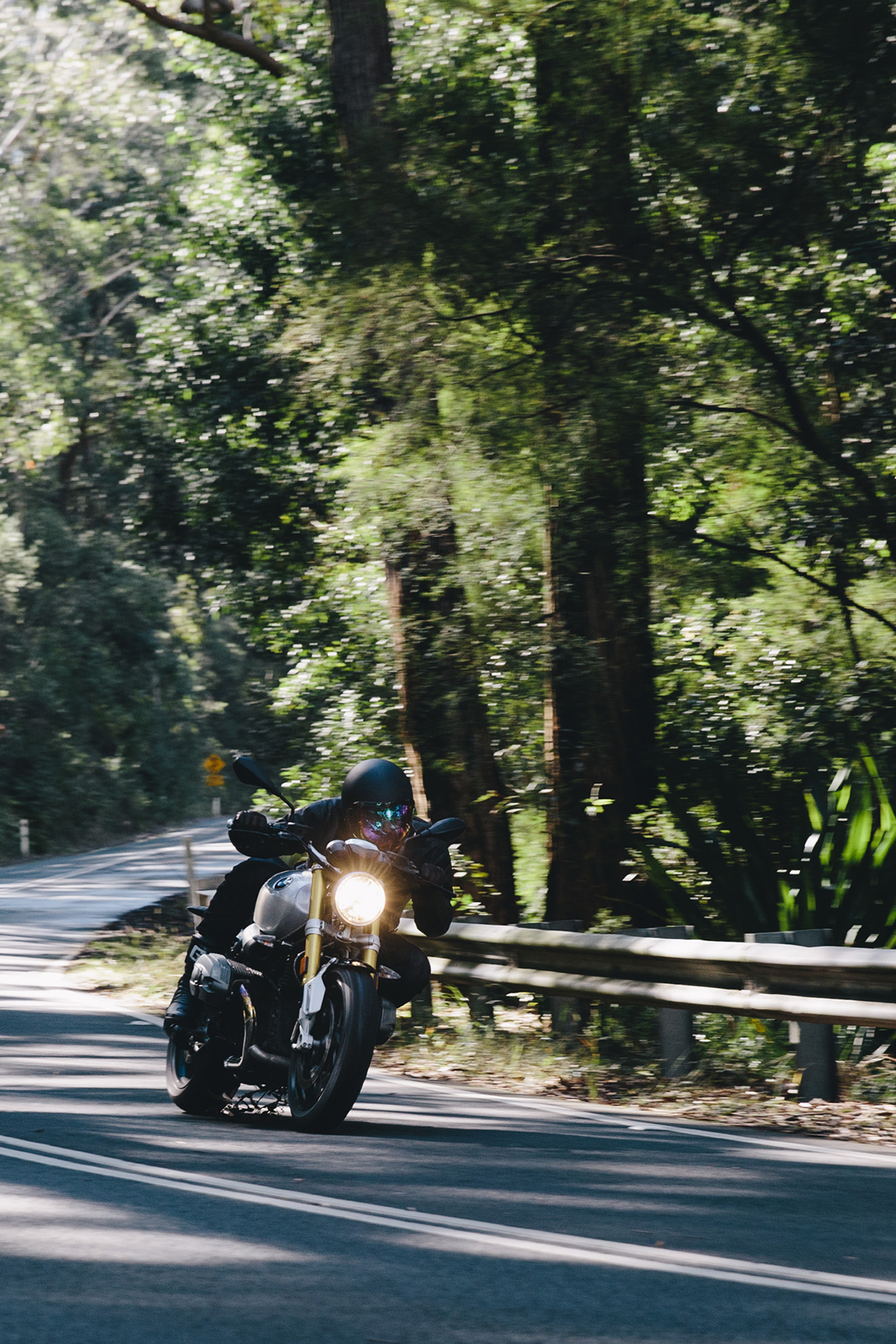 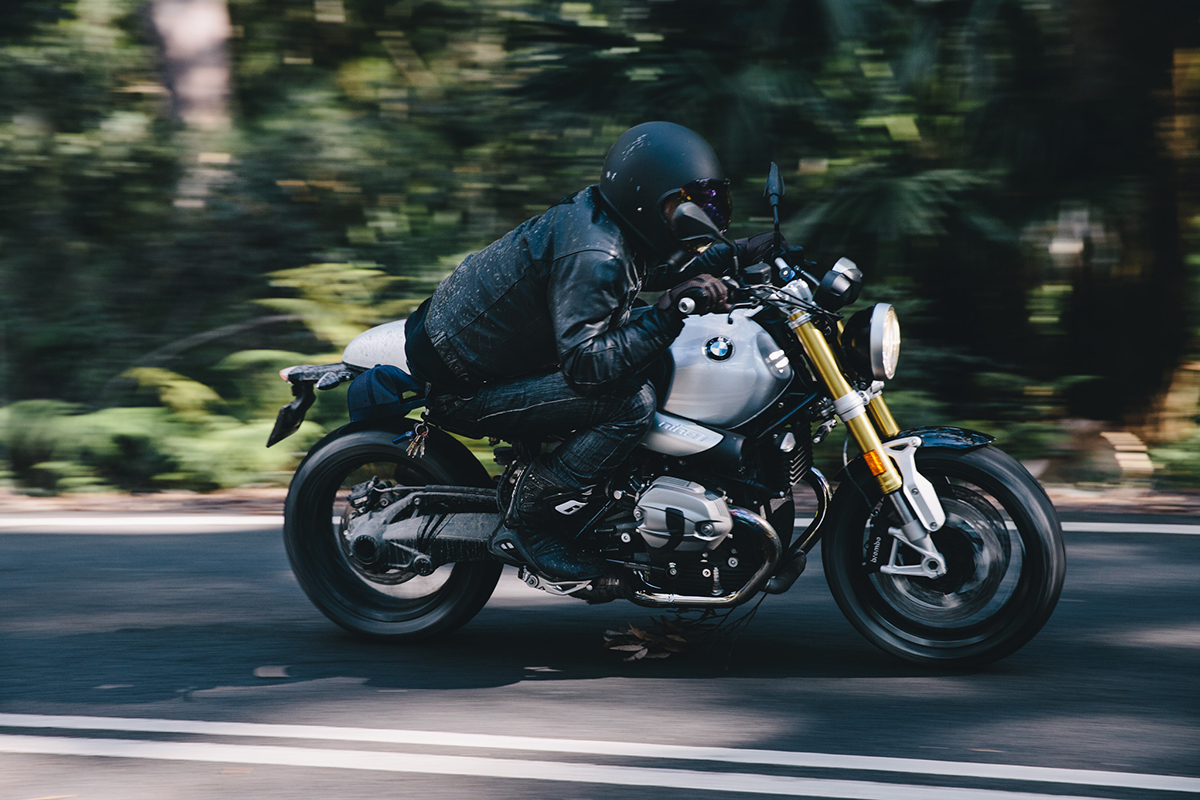 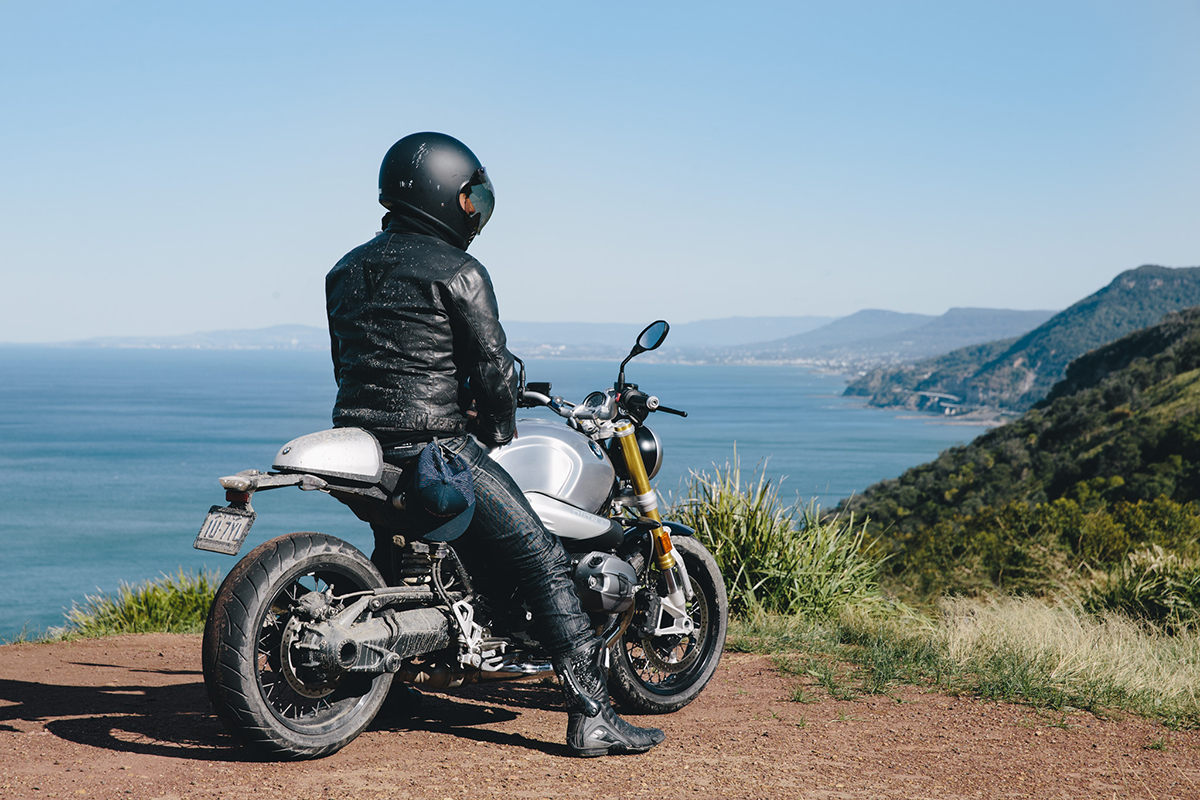 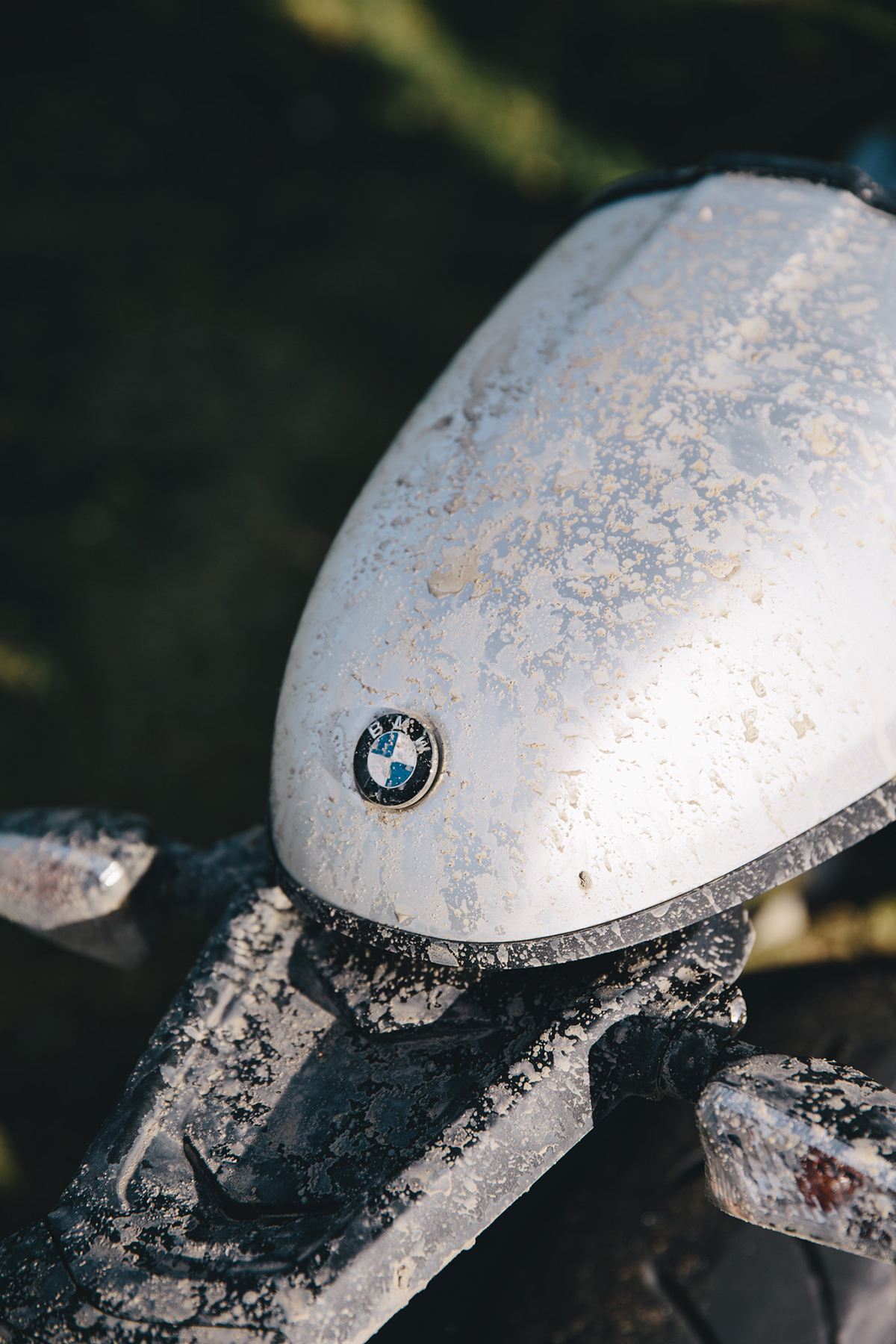 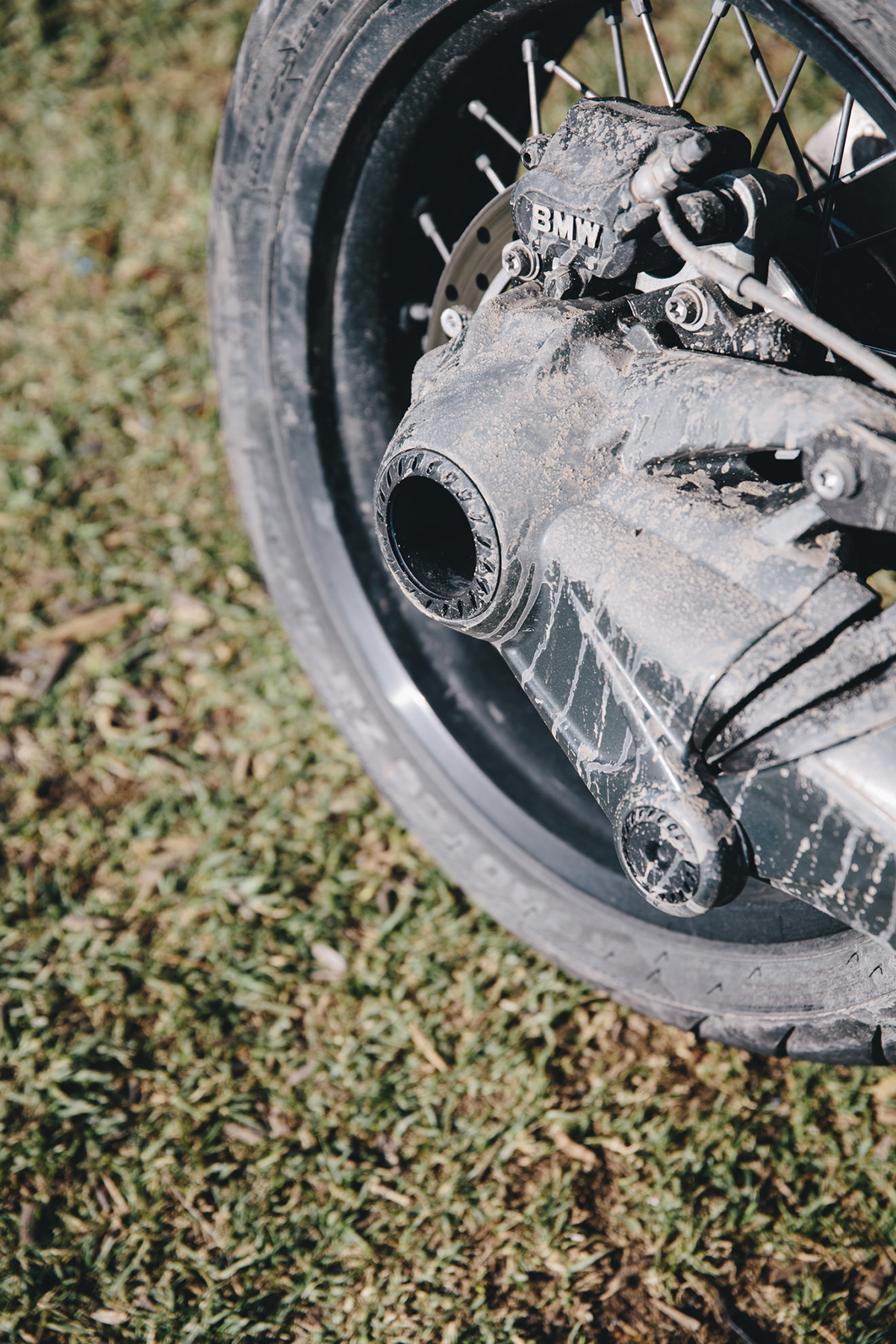 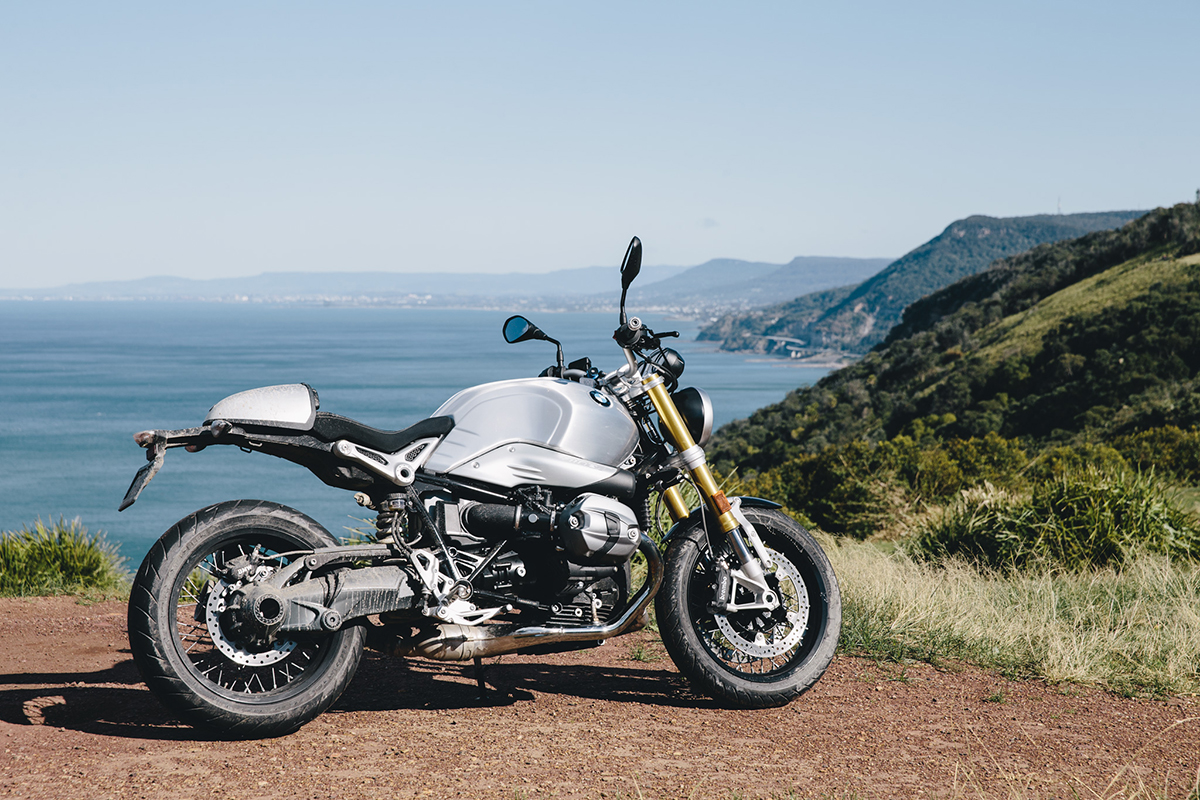 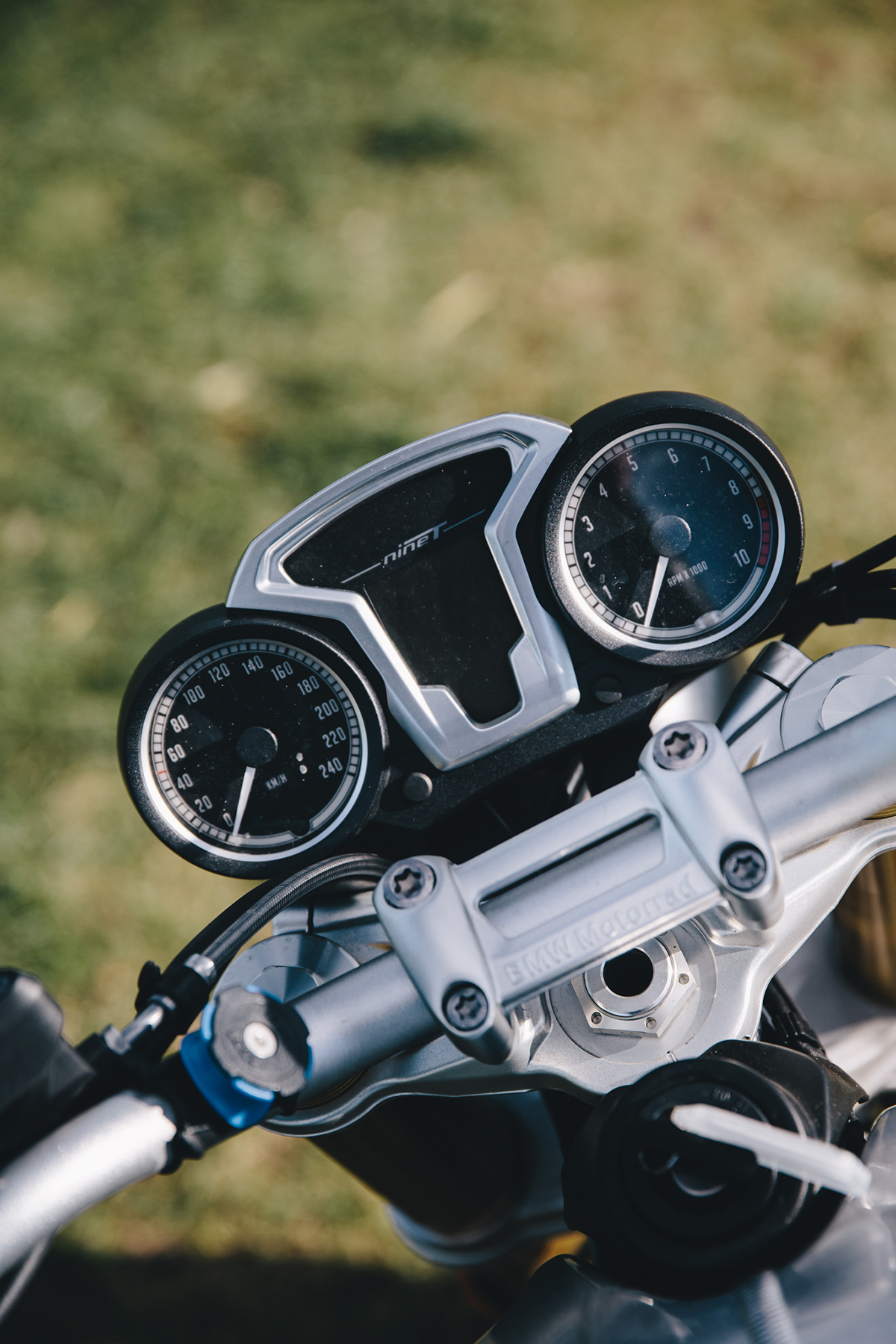 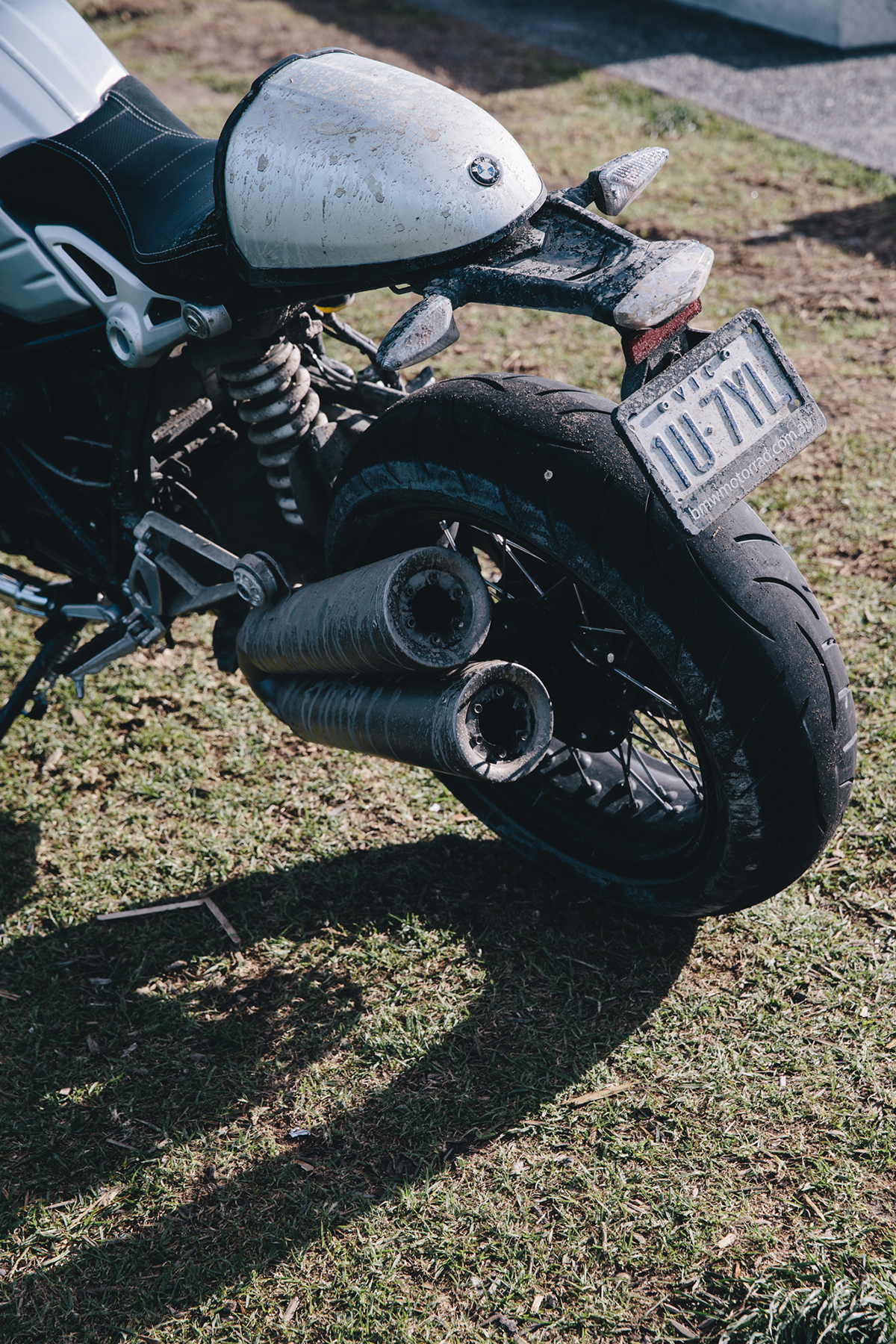 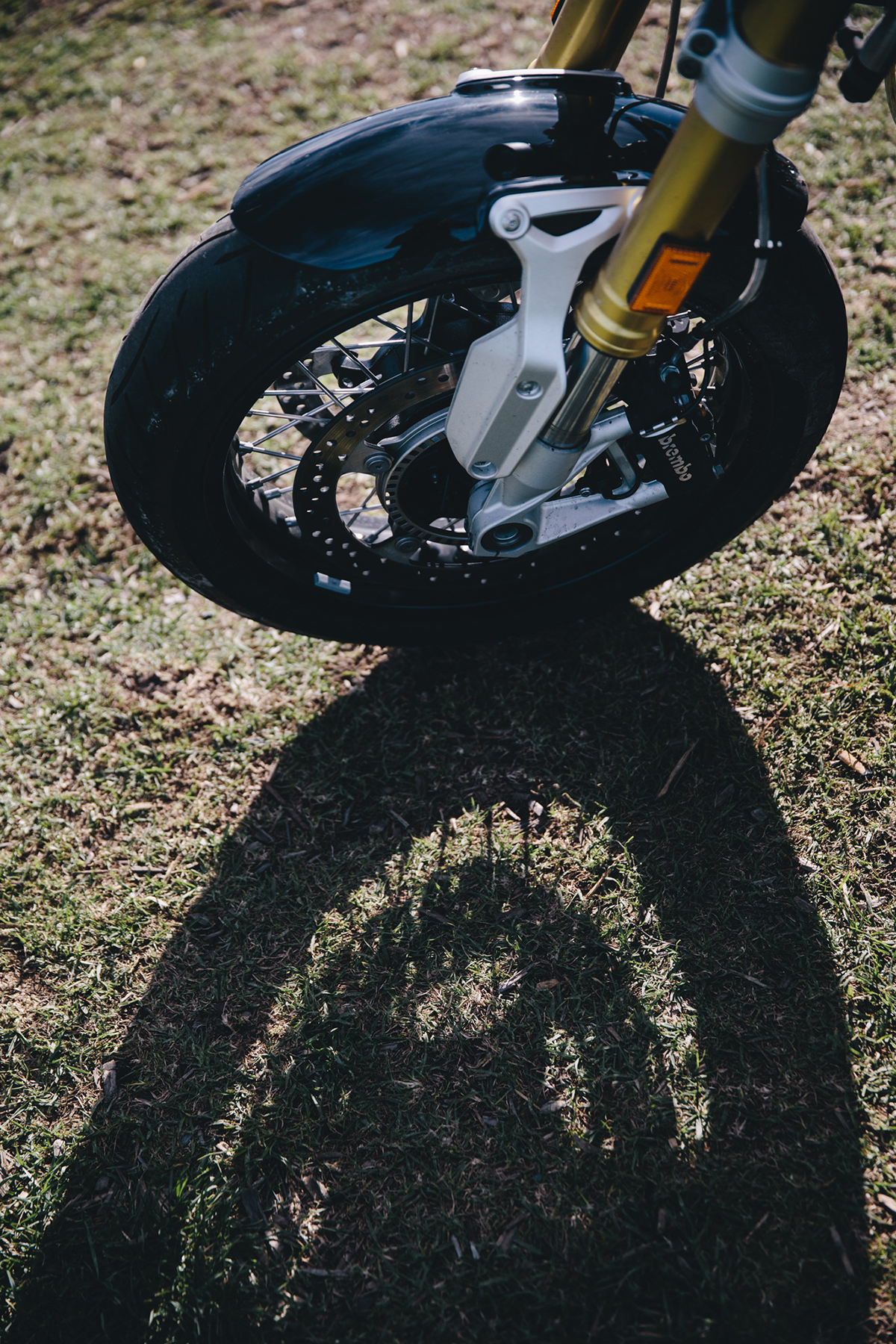 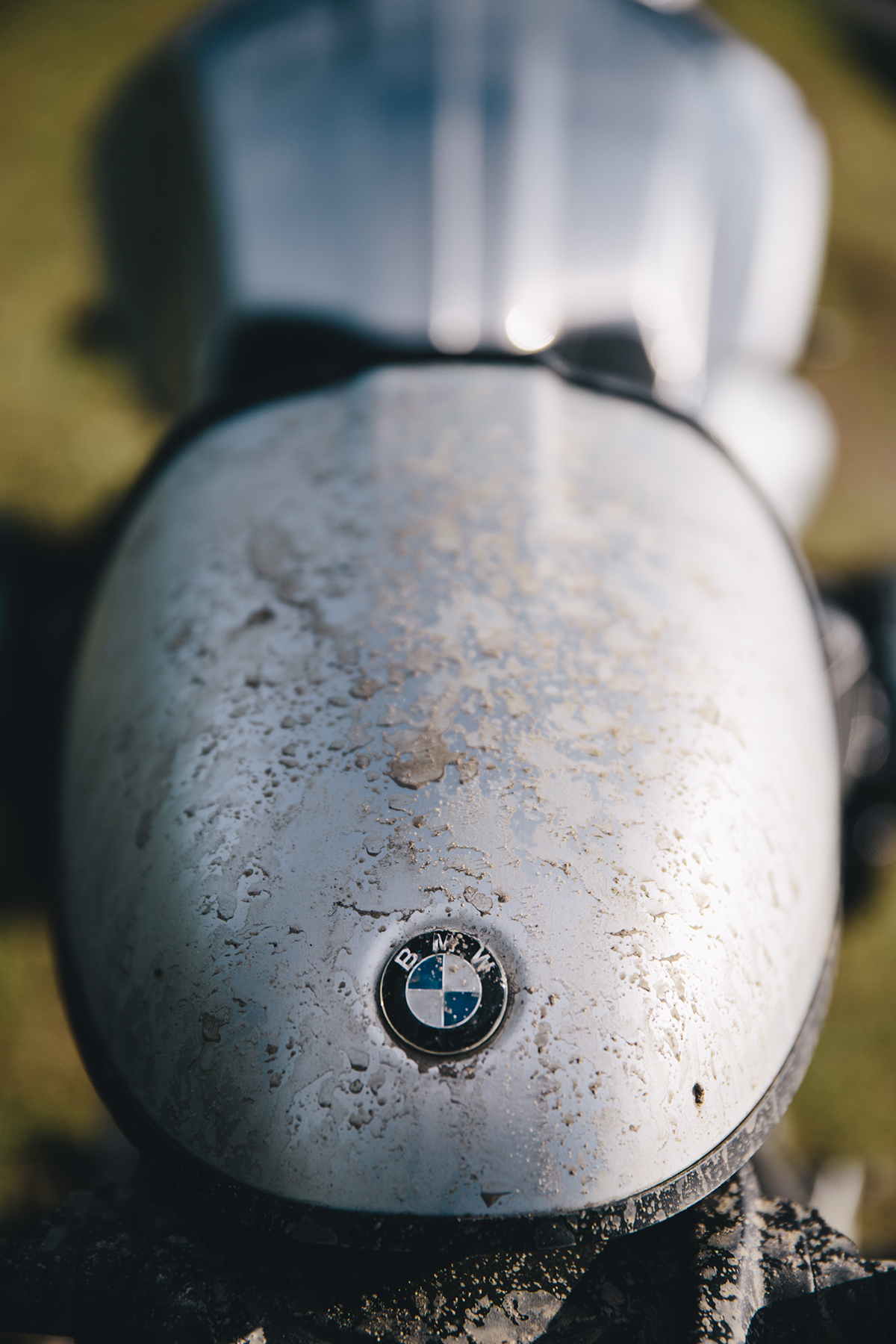