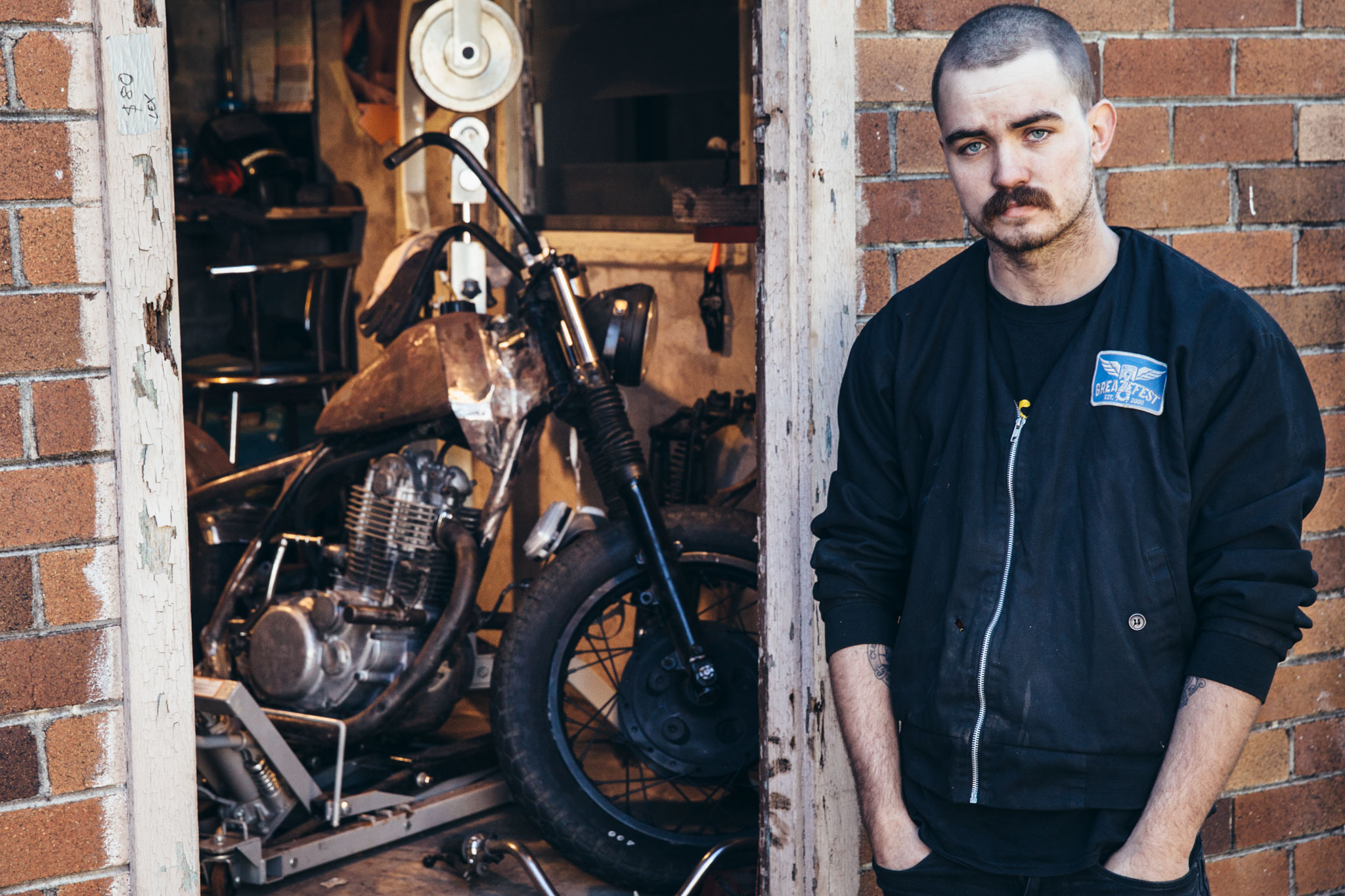 Tucked away in a space just big enough to fit a bike sits Keeley’s current project. A rude, ball-breaking Yamaha SR500 that will no doubt be an absolute pig to ride, and for all the right reasons. 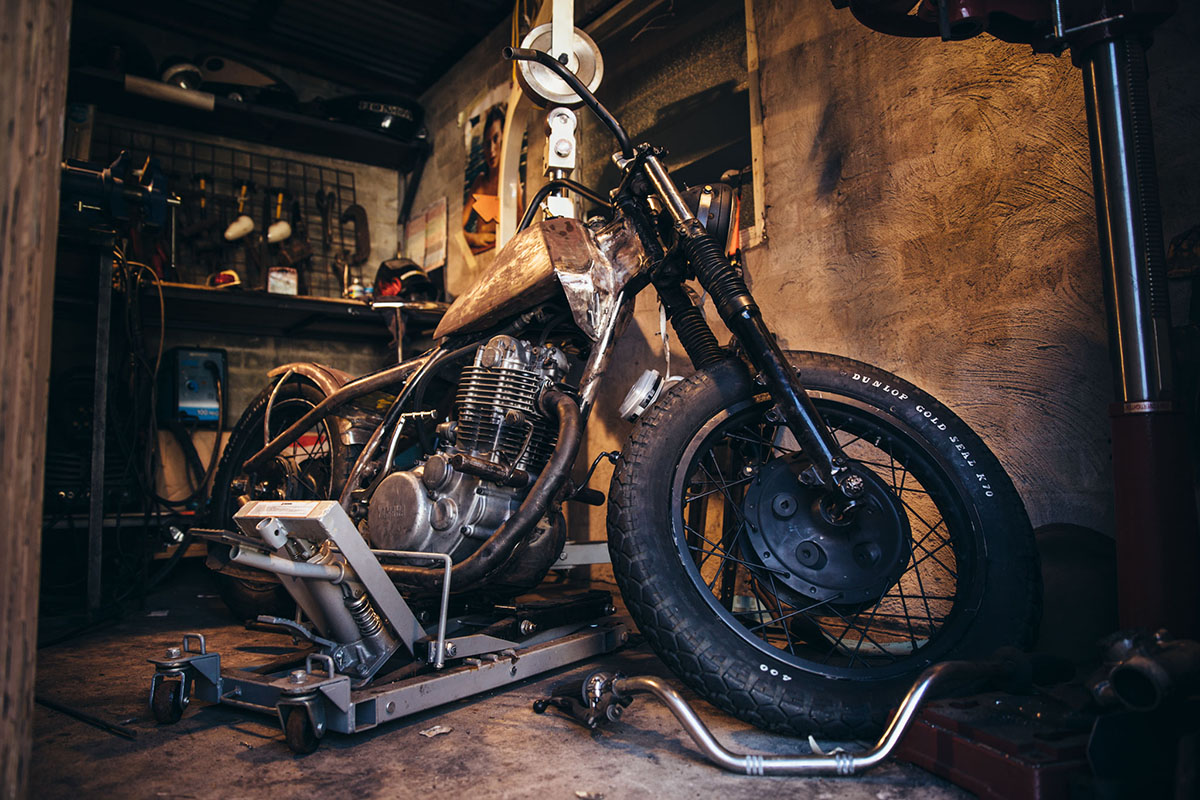 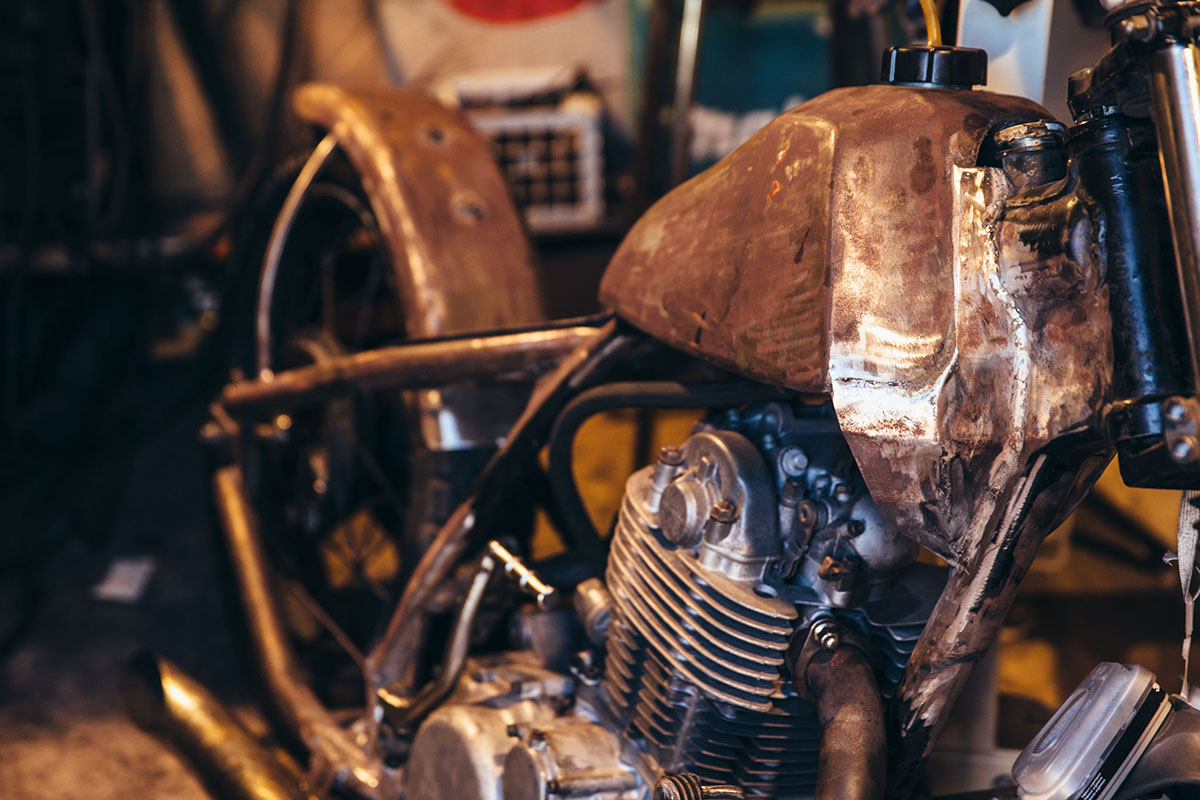 We caught wind that a young fella by the name of Keeley had himself a good little corner in his yard where he and his housemate would wrench and work on their machines. We also heard that he had a goat, which is pretty neat. Who doesn’t like goats? They’re a damn good automatic lawn mower, that’s for sure. 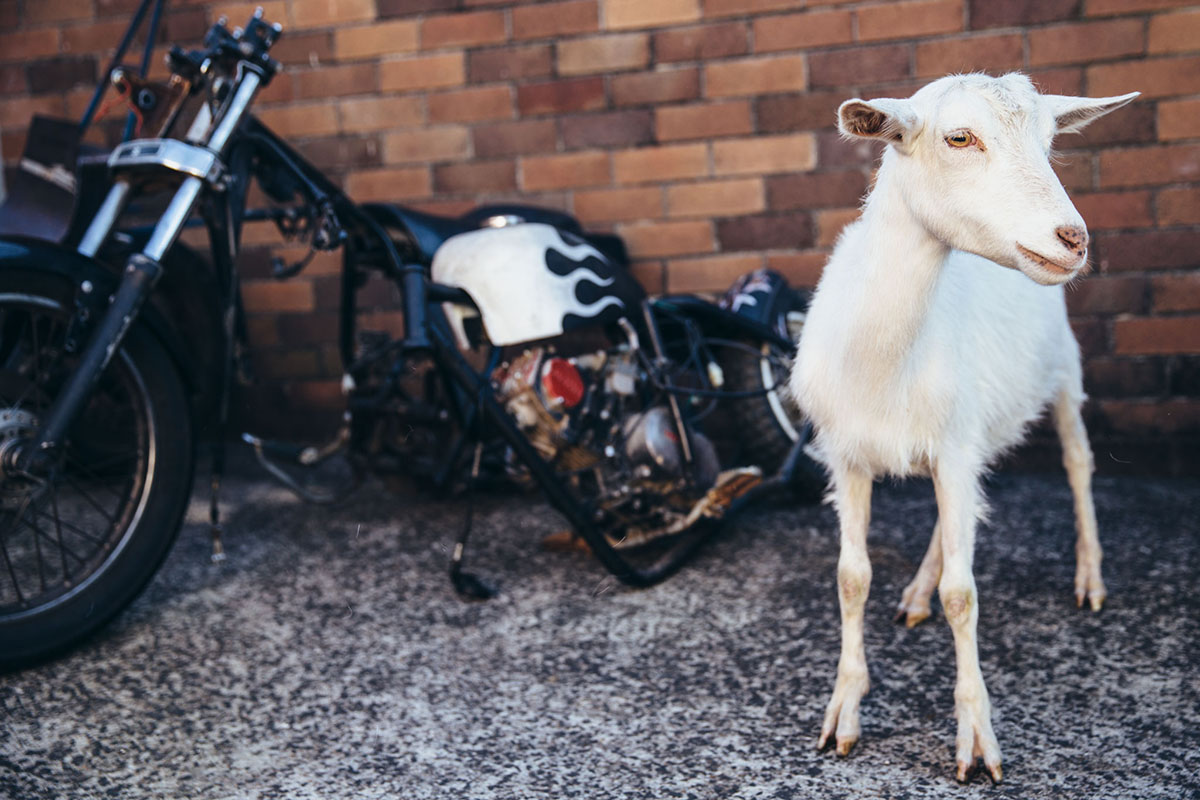 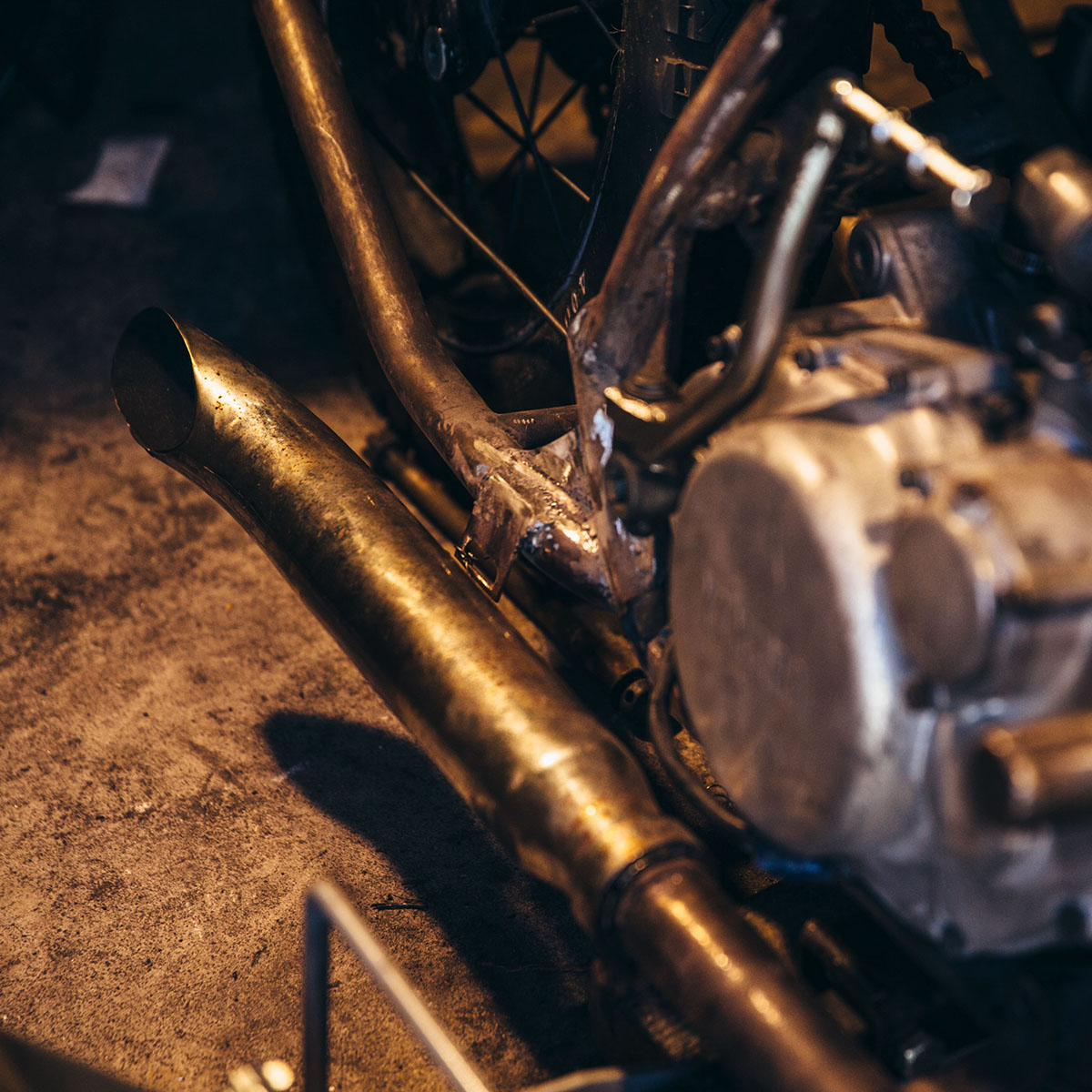 Enough about the barnyard animals (for now) and more on Keeley and his work. Tucked away in a tiny room sits his SR500 (formally a 400) which started out as a rat chopper over in the UK. Now it’s undergoing major surgery to become a backbreaking suicide machine as Kelley chops and modifies it for his nefarious needs. 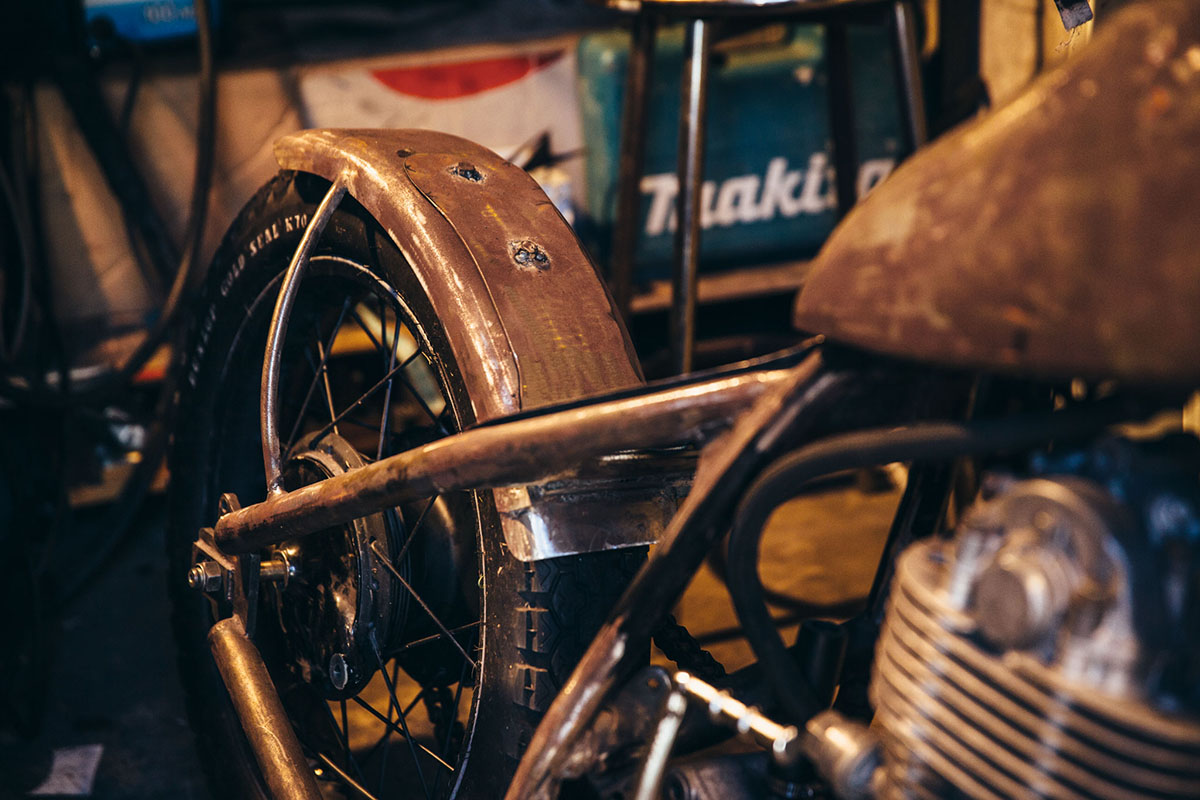 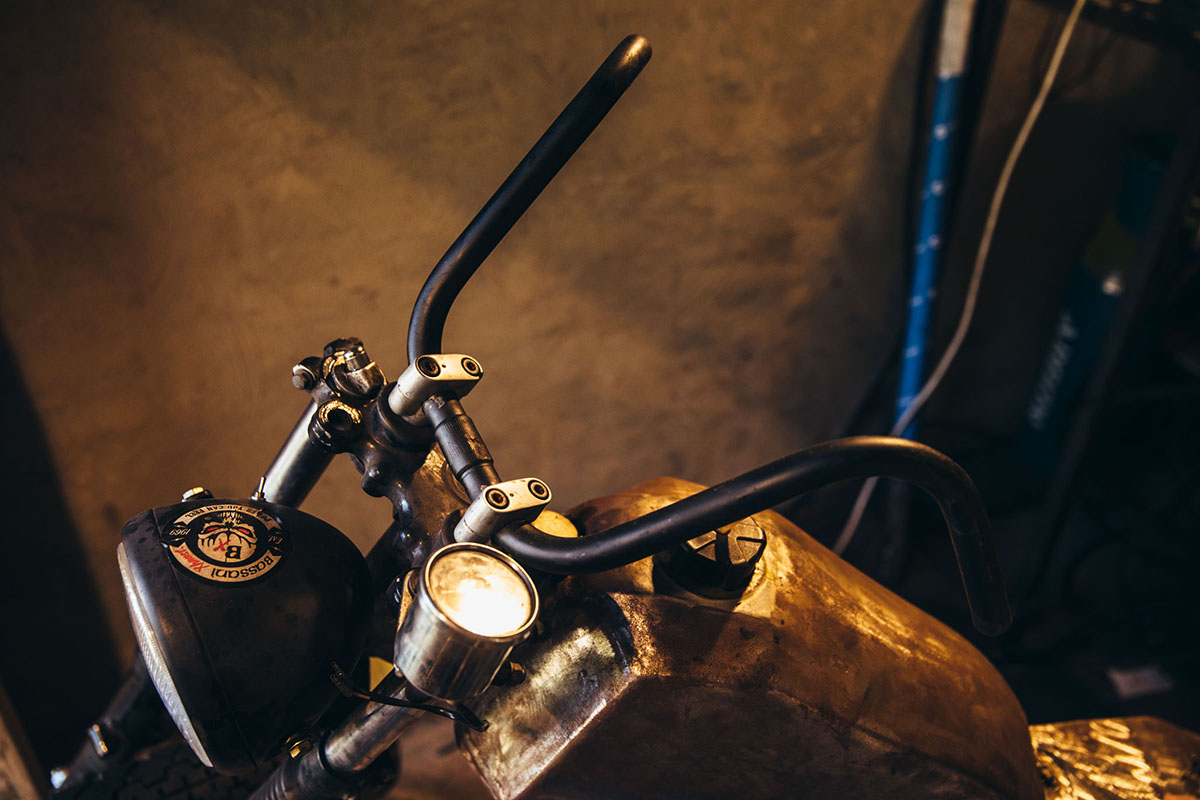 In between his full time job as an apprentice bike mechanic, whenever there’s hours to spare you’ll find Keeley wrenching, chopping, and fabricating away on his current project, the SR500 Chopper. “I’ve chopped the rear end off, and made do with some steel from work as a jib. The bike now has forward controls which I built from scratch along with a foot clutch which has linkage instead of a cable. I’ve also cut the tank to pieces and go to work on modifying that. All that’s left for now is wiring and an engine rebuild. I’ve got recycled cases with clear acrylic see-through portals. I’m just praying that they’re oil tight!” 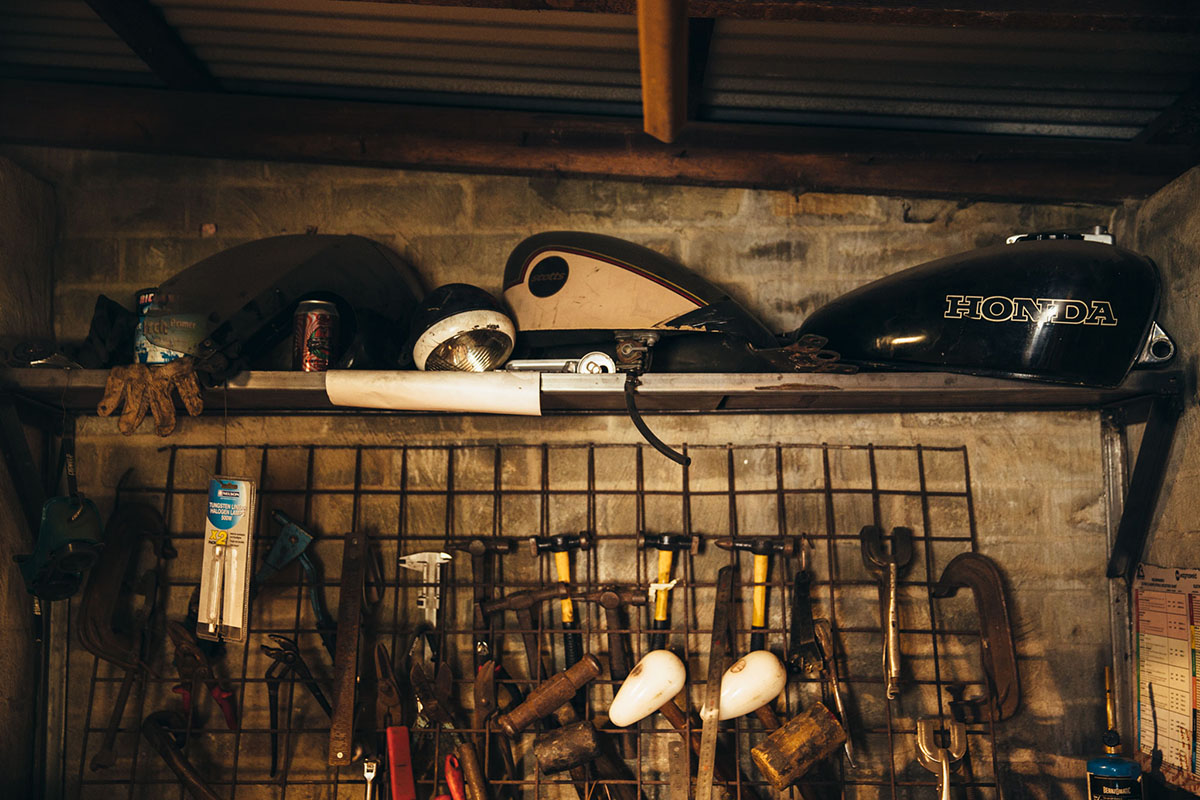 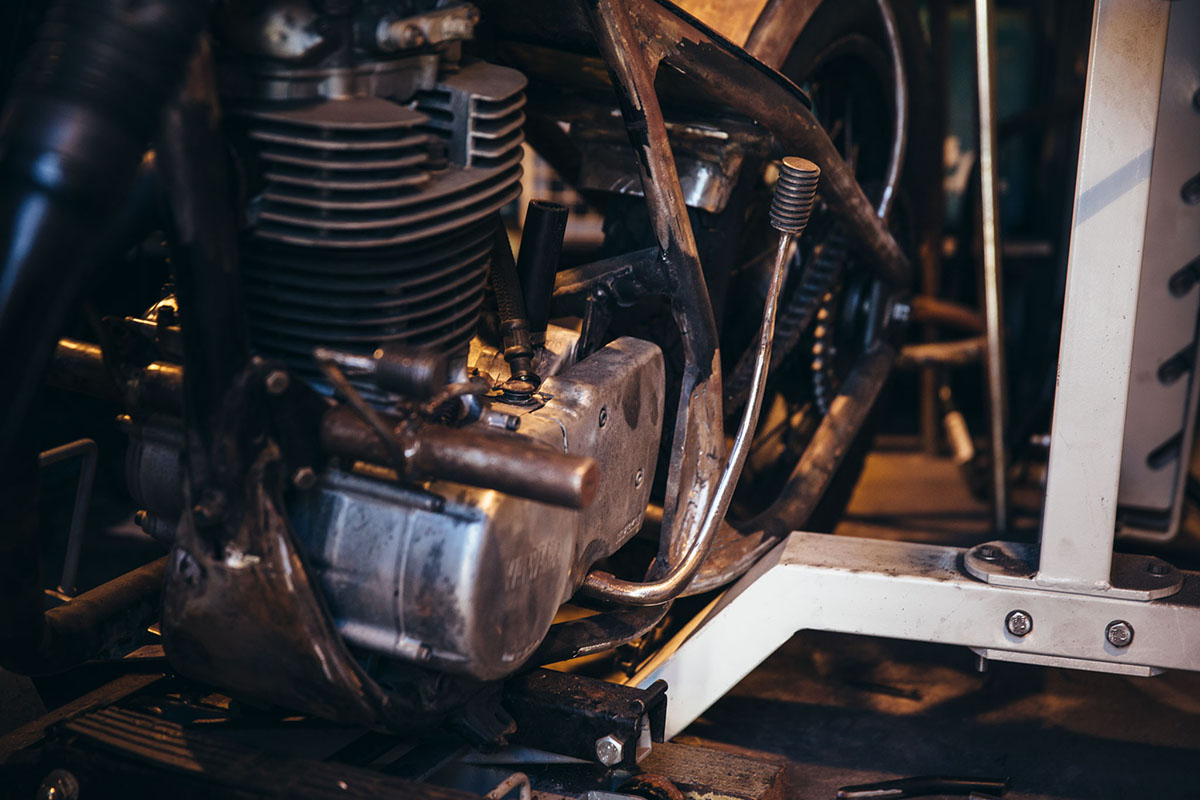 Growing up on a farm in Northern NSW, Keeley’s still changing pace to his suit his new set up living in the city. He’s had a good kickstart, with his apprenticeship as a Harley-Davidson mechanic meaning he’s tucking new skills under his belt which can then be applied to his homemade creations. The bug started long before any of this however “I grew up riding dirt bikes, rebuilt pump motors, and axed up pushies. I chopped a ‘30’s Francis Barnett and a 110 pit bike back when I was 13-14. My first bike was an ’80’s peewee when I was 6, it all spiralled from there. I’m now 20 and just reeling at how much bike and custom culture there is now that I’m living int he big smoke!” 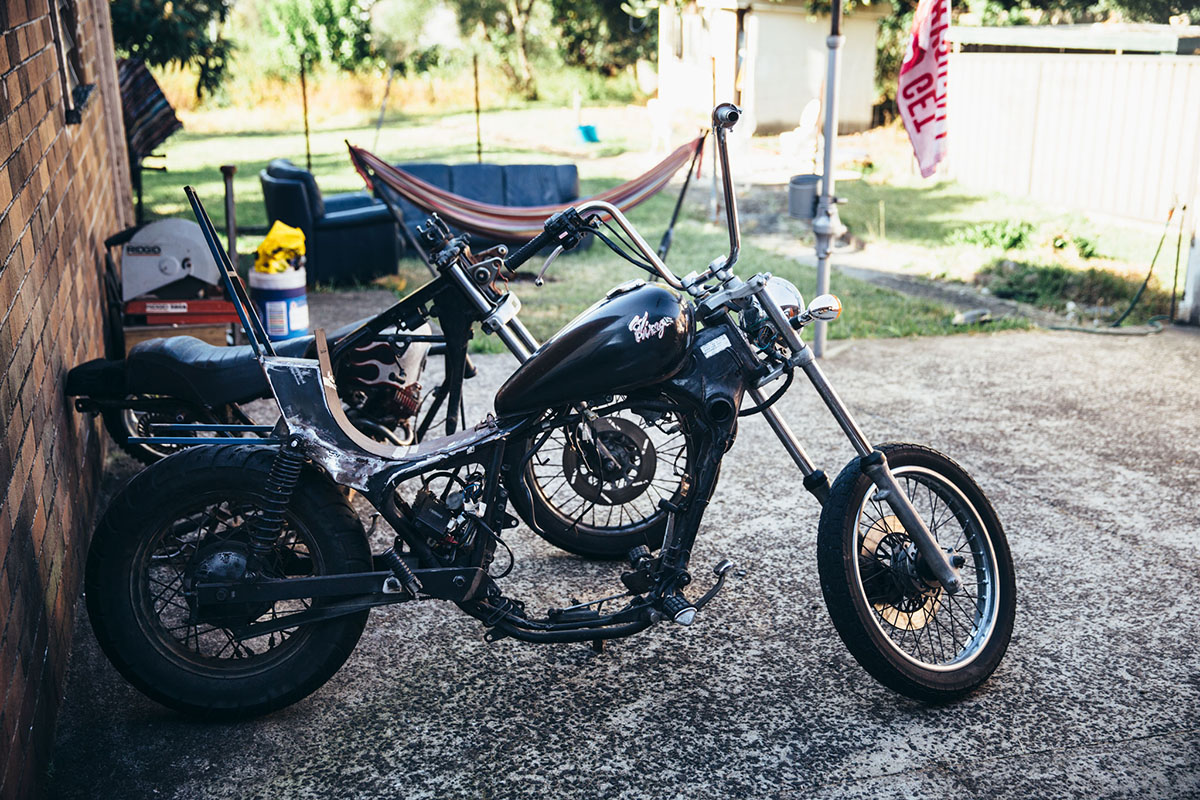 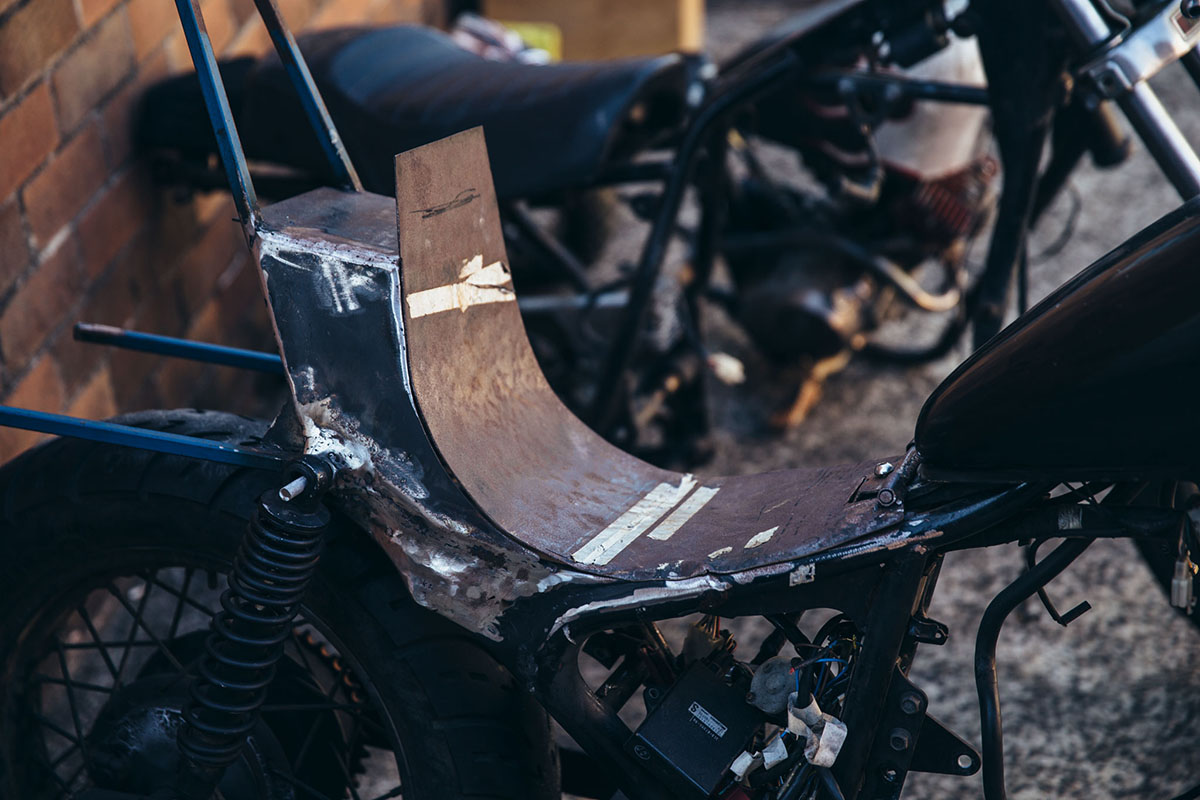 Outside the SR chopper den is a Yamaha Virago Chopper that’s being put together by Keeley’s equally as chopper mad housemate. Between them there’s a hefty amount of work being done, enough to keep them out of trouble at least. “I do everything from painting and striping, panel work is my smile face time, and of course lots of mechanical work while my room mate upholsters. I want a lathe, but in turn need a bigger space. I’ve got the English wheel which has taken a lot of what I do to another level, though I’m yet to perfect the tug. I learnt it back building Hot Rods back in Yamba and I’d really like to take it further.” 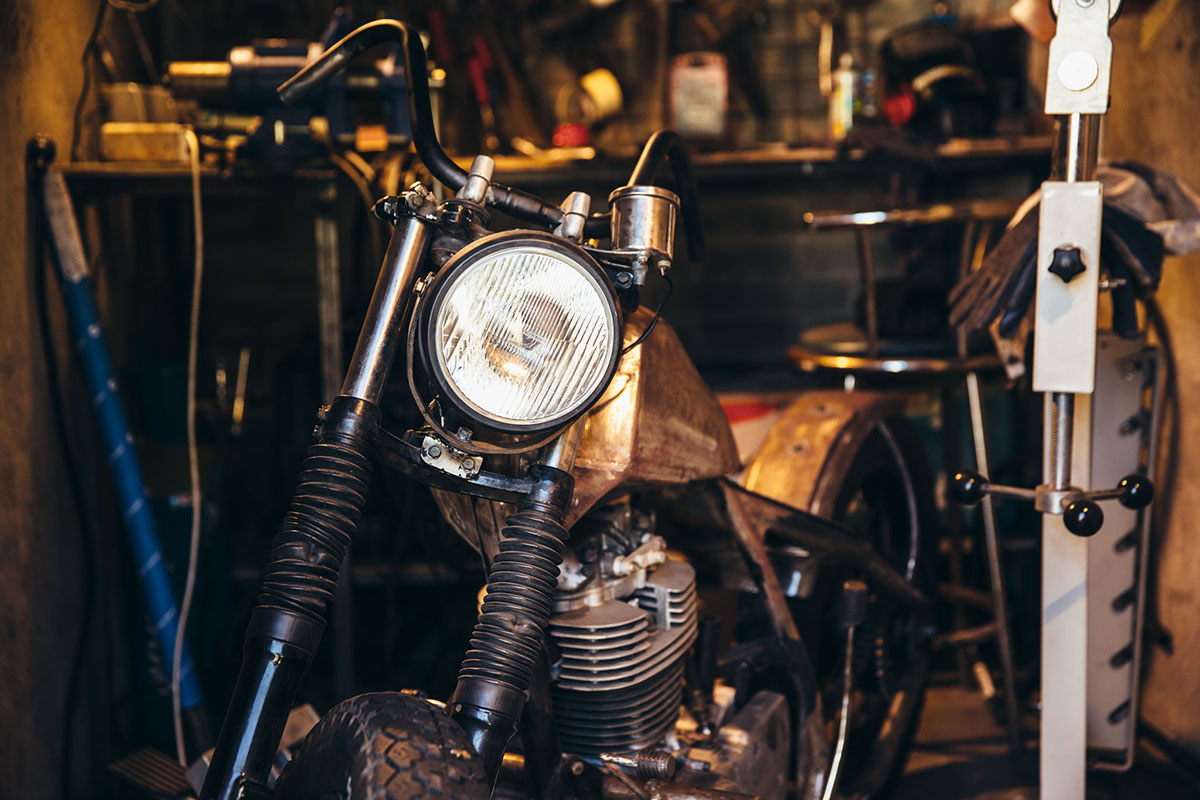 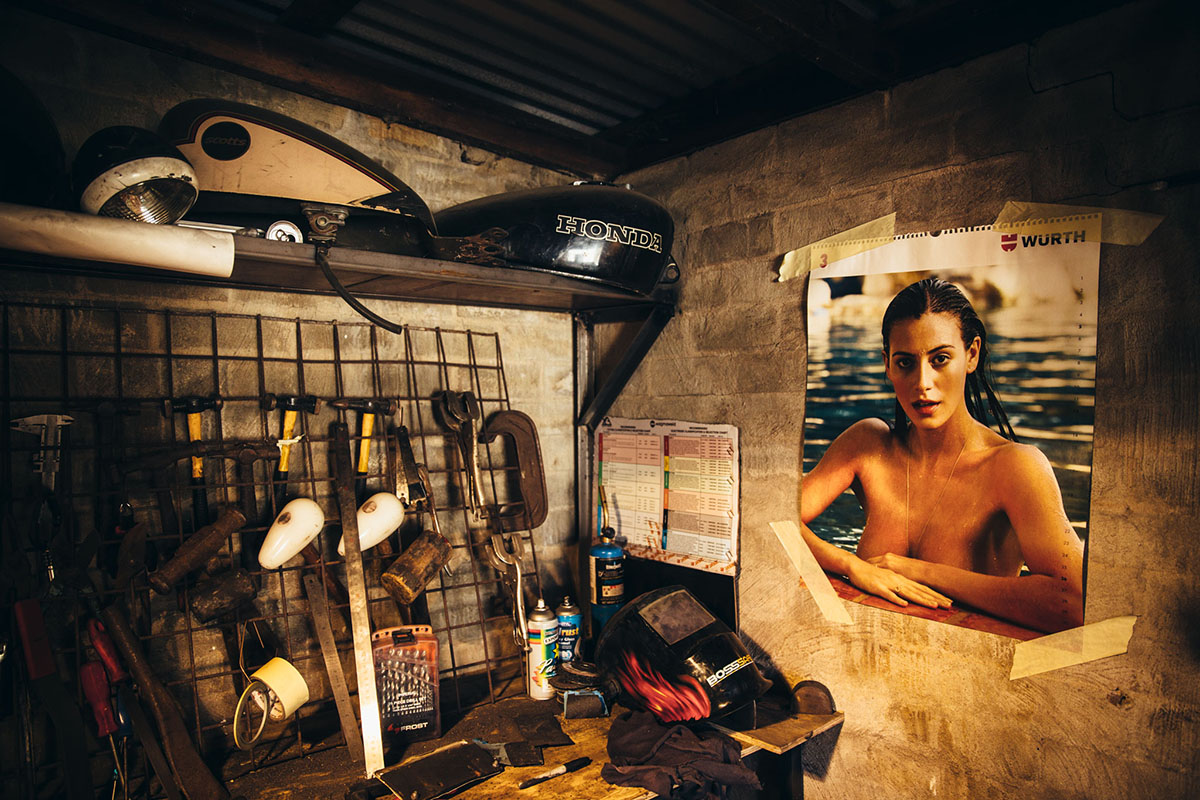 “I get home at 6:30 on the train because I don’t have another mode of transport, because every moment goes into this build! I’ve got a flood light to work with till late, while weekends I can’t start till 9am because of hungover roommates. I’ve annoyed all my neighbours, which isn’t hard with how loud my bikes are. Having this space, even though it’s tiny, is still my own -there’s no one else’s stuff in here. It’s my world.” 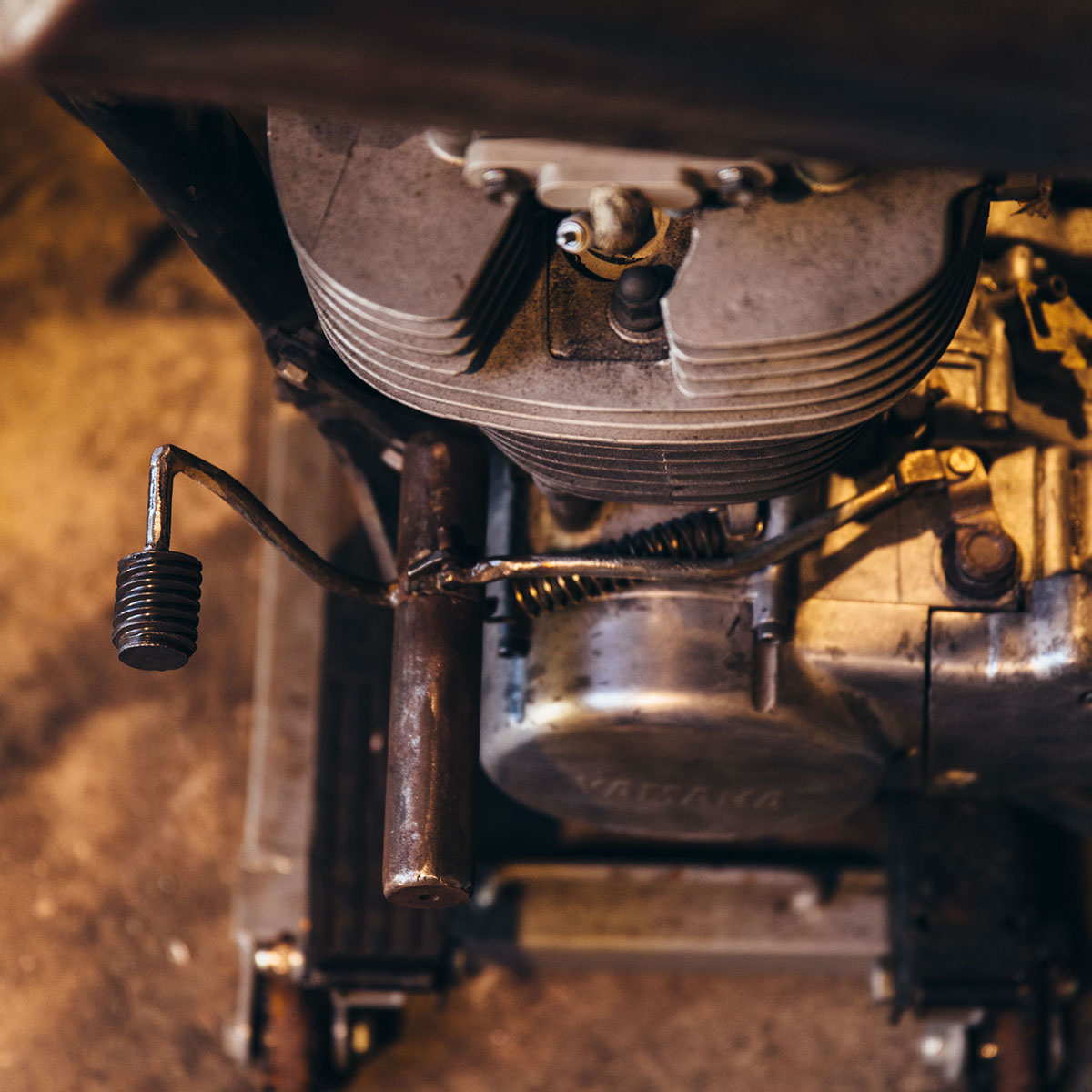 “What I like most is metal fabrication, it isn’t my trade anymore and I miss it dearly. Having the opportunity to work on bikes every day and get training from Harley UNI is no less then a dream job.” We’ll be back to check in on Keeley and his SR Chopper once it’s completed to take it out for spin, and no doubt to piss off some oldies. 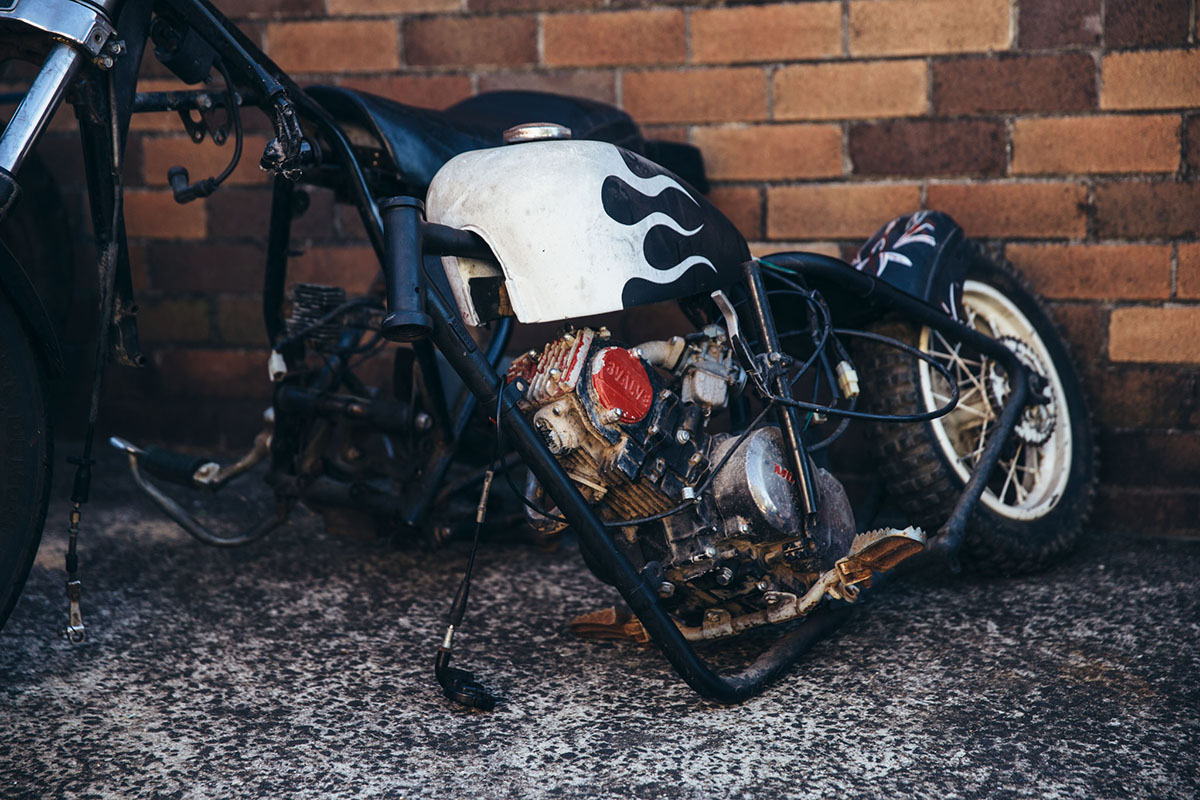 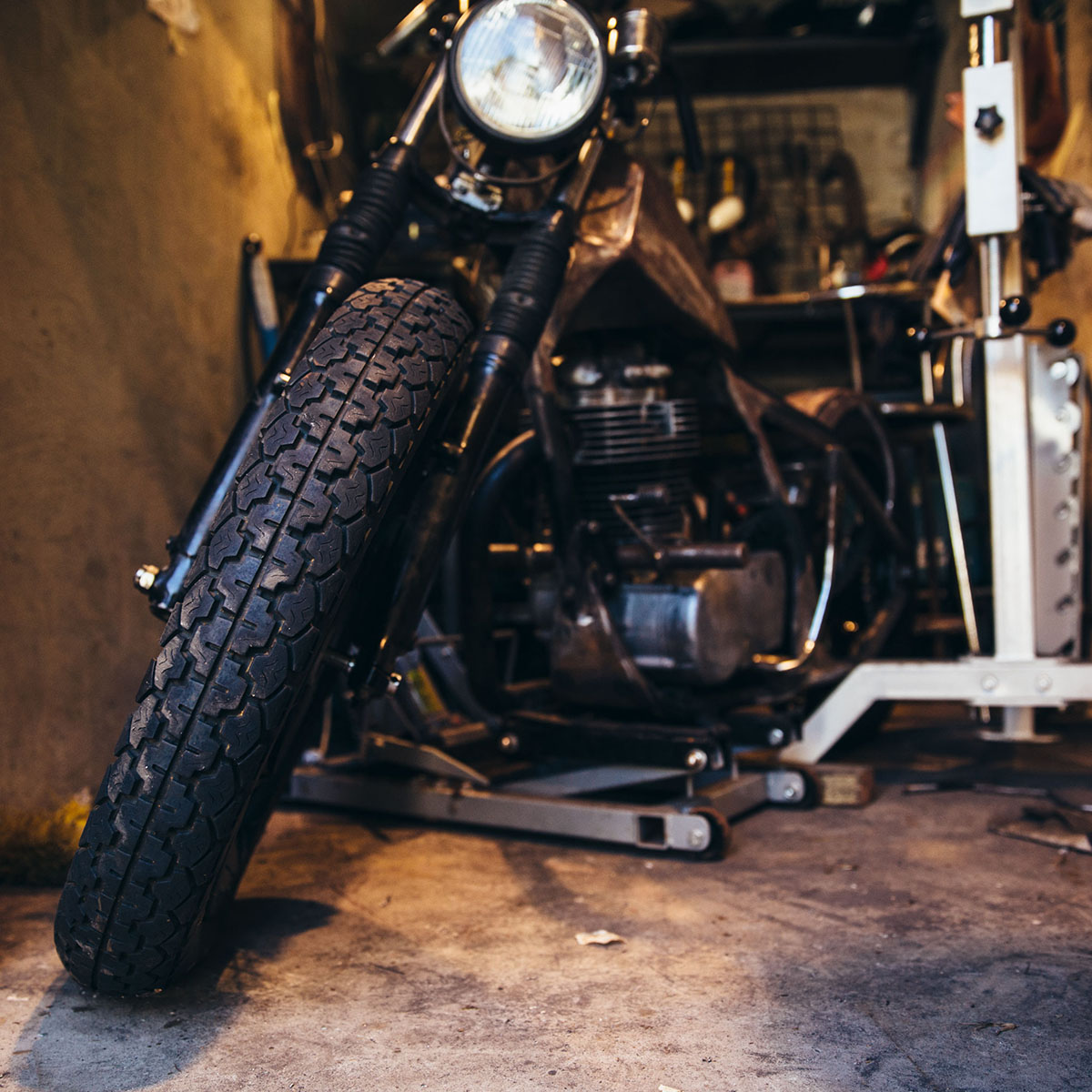 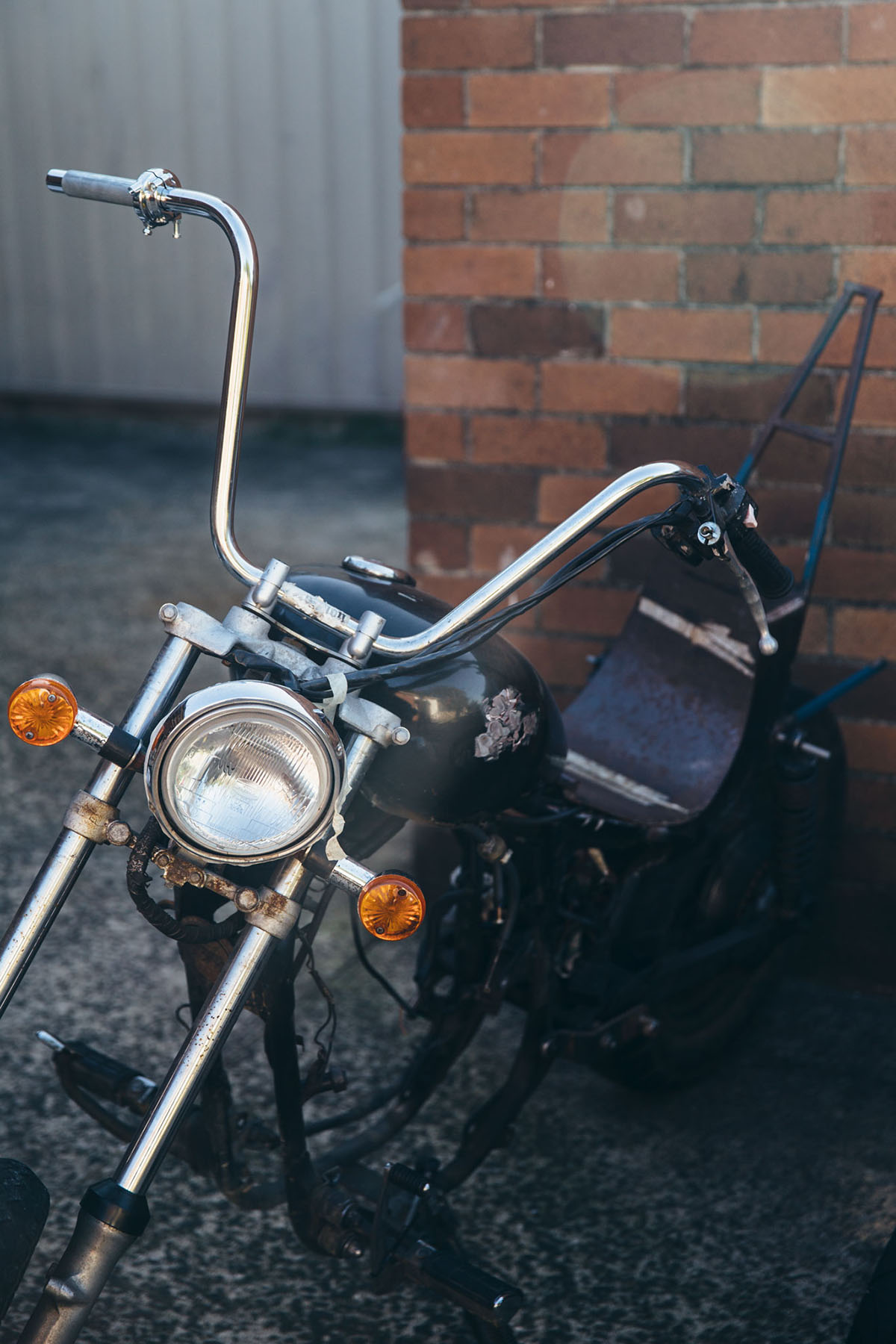 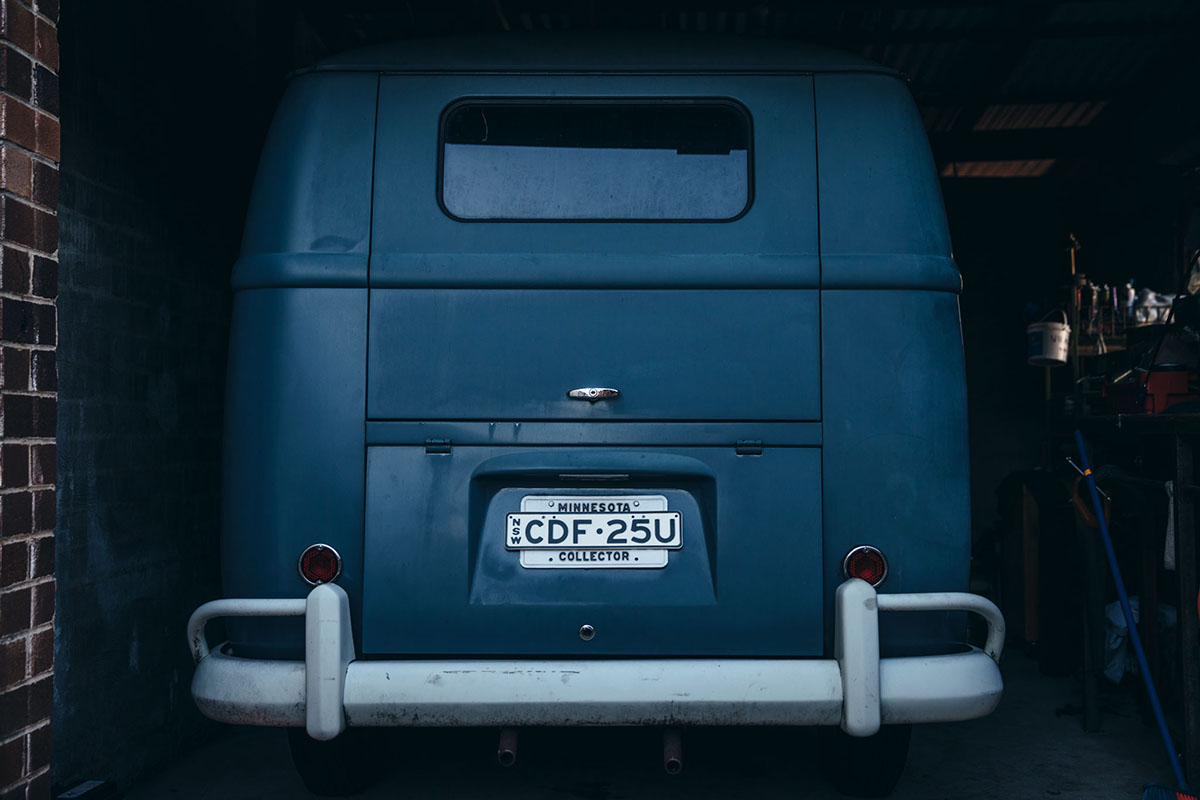 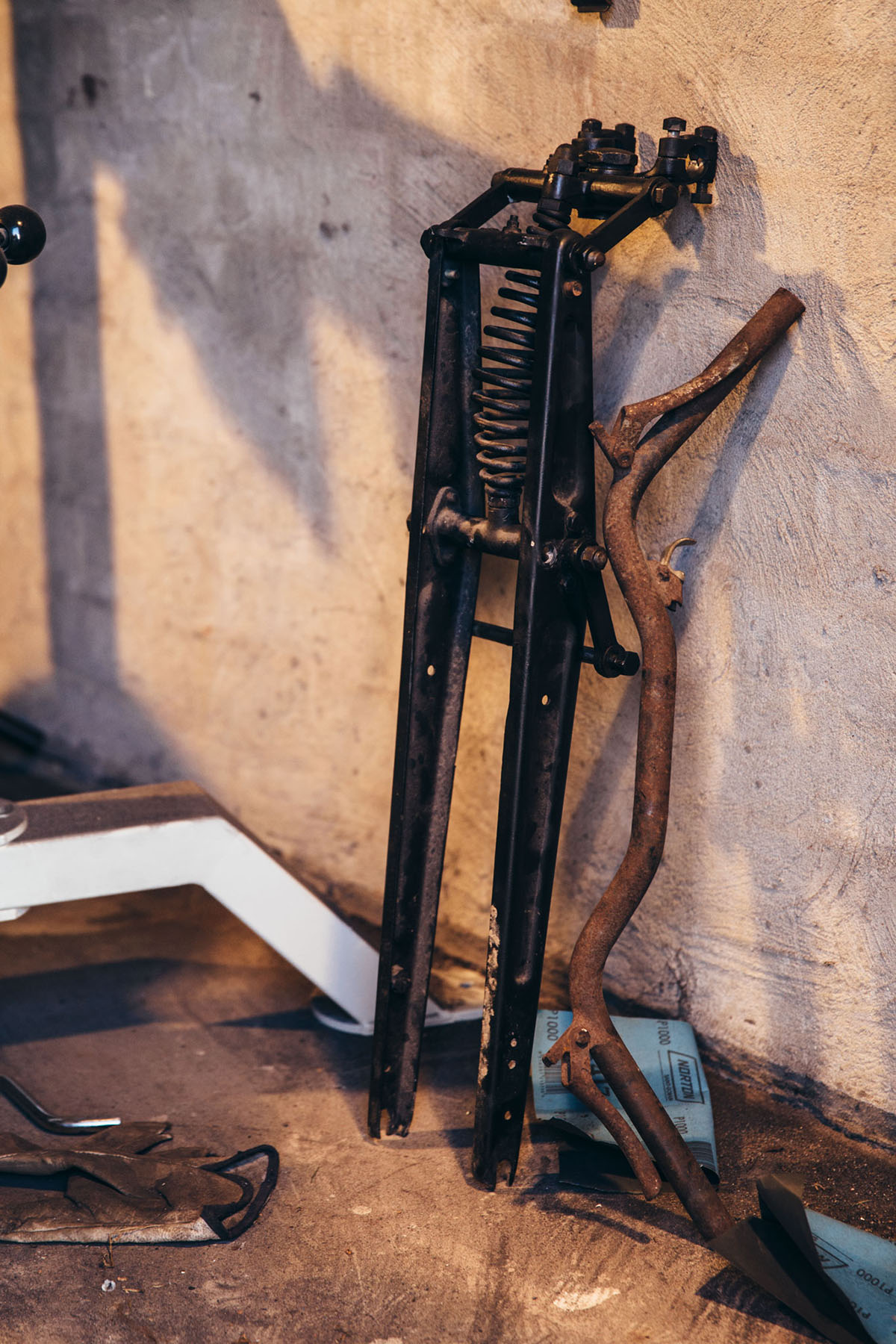 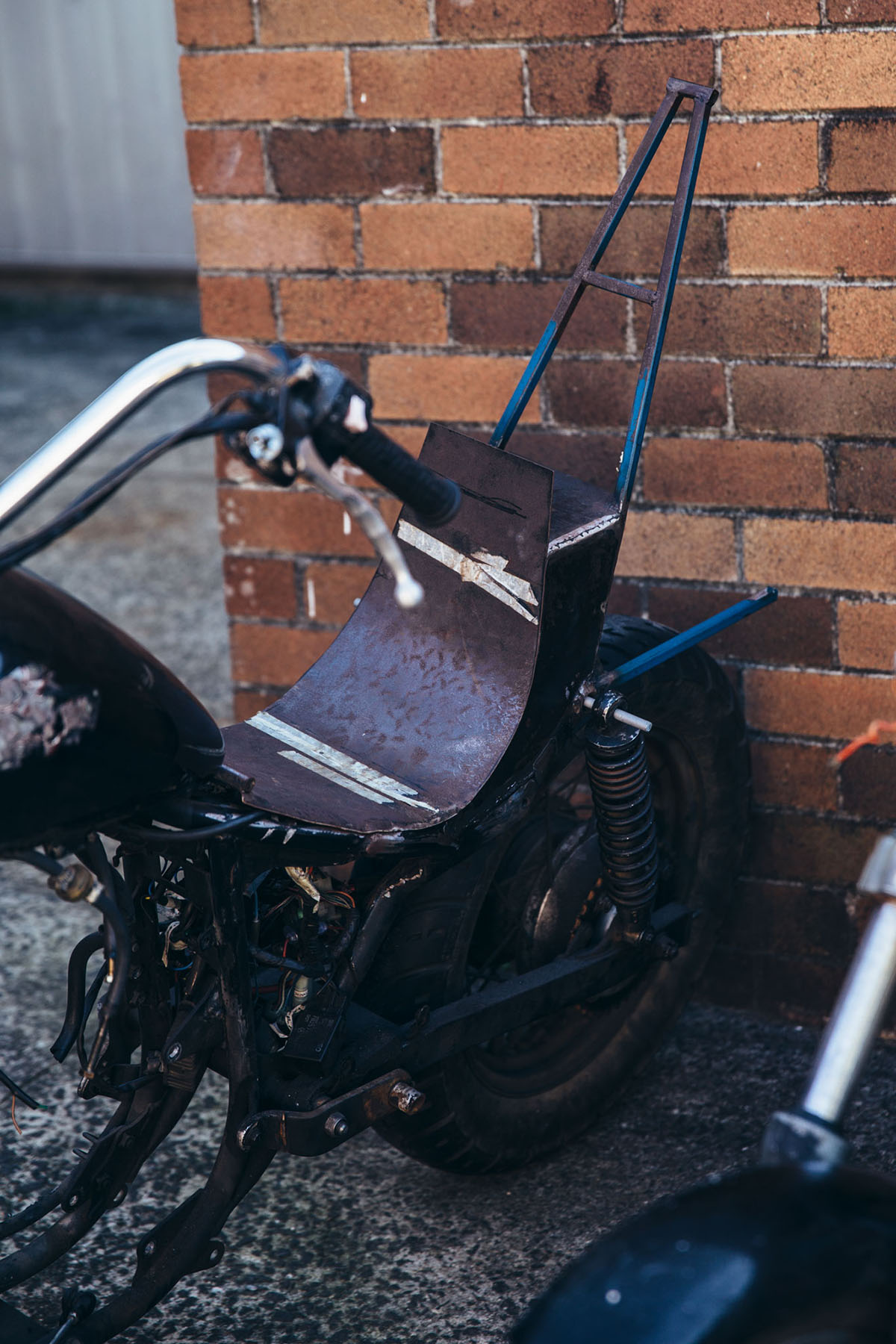 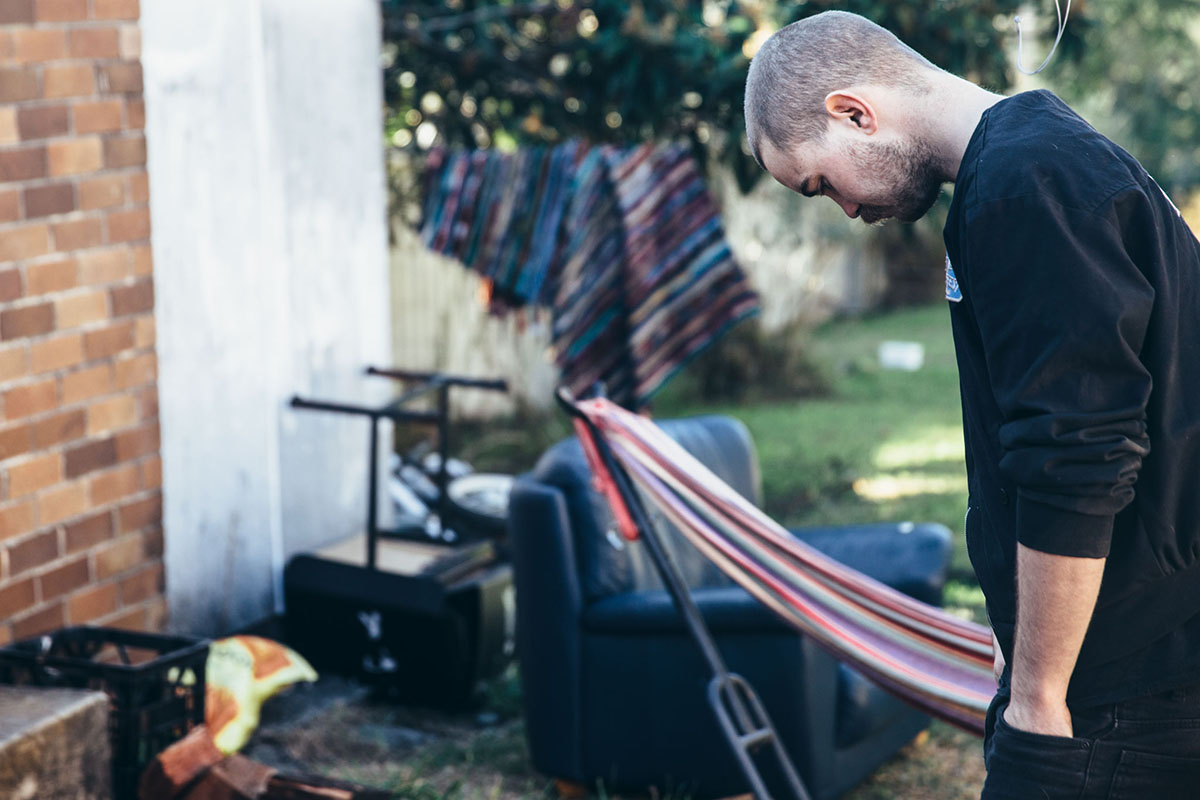