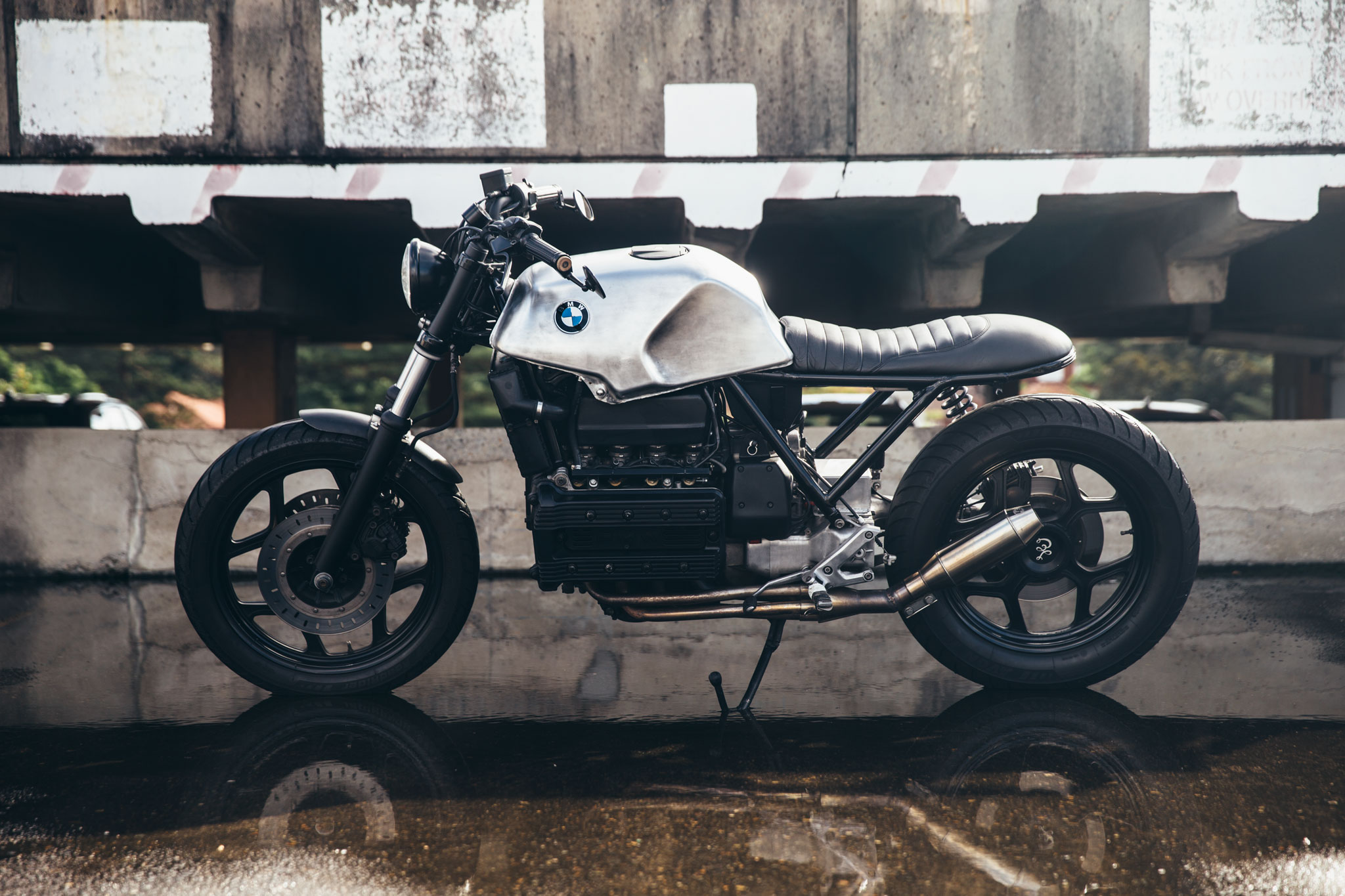 It doesn’t get more badarse than appearing in juvenile court at the age of 16 for putting a 100cc tuning kit in your MTX80. Or maybe it does – actually it probably does. But resident fugitive Nils has served his time, spending a day planting trees for his social service. Now this hardened criminal has a new machine. 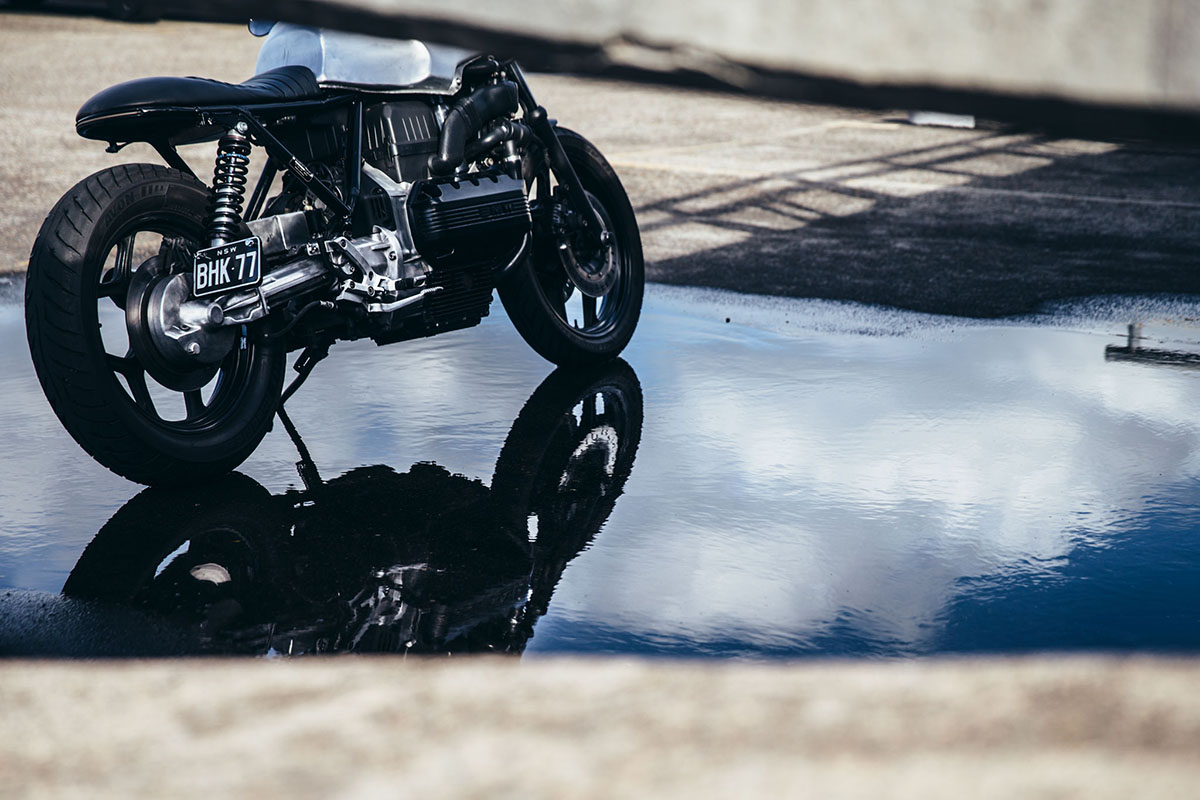 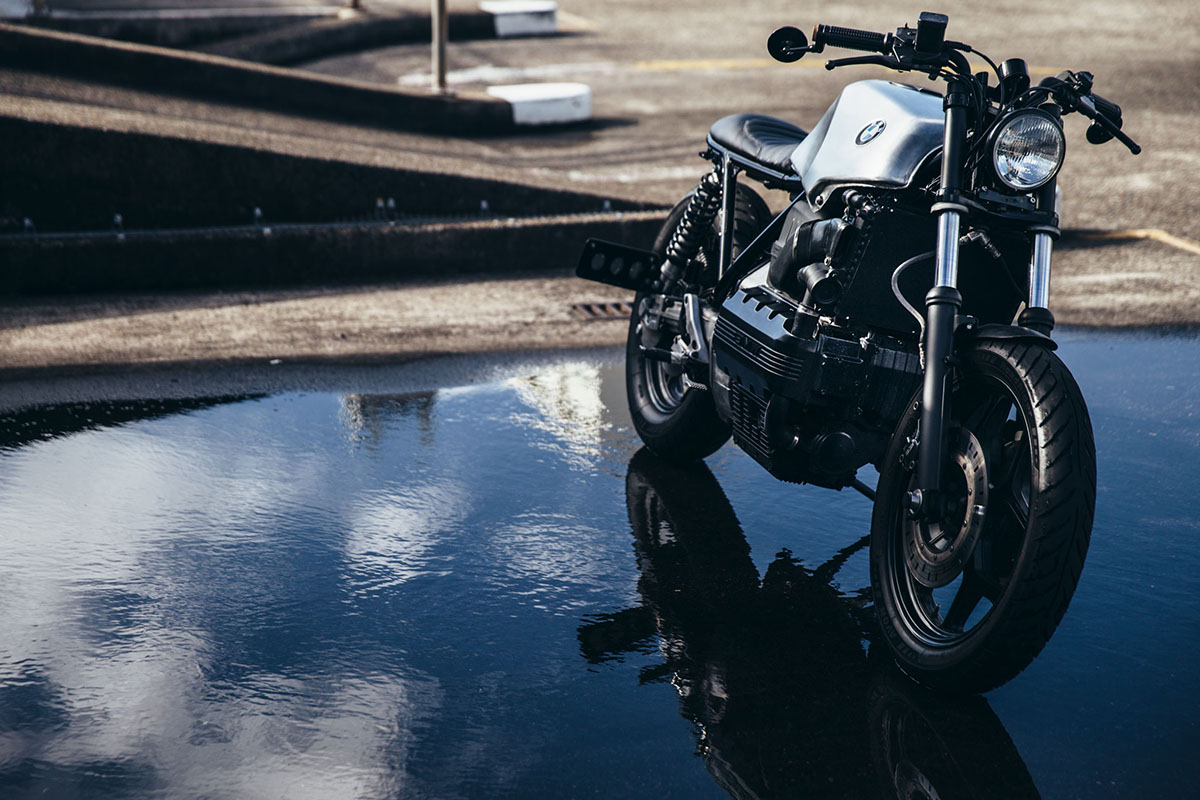 After fleeing his home country of Germany due to his life of crime (or just moving for a change of scene) Nils tricked out a Vespa PX200. Not the meanest of machines, but Nils changed this scoot to suit his needs. 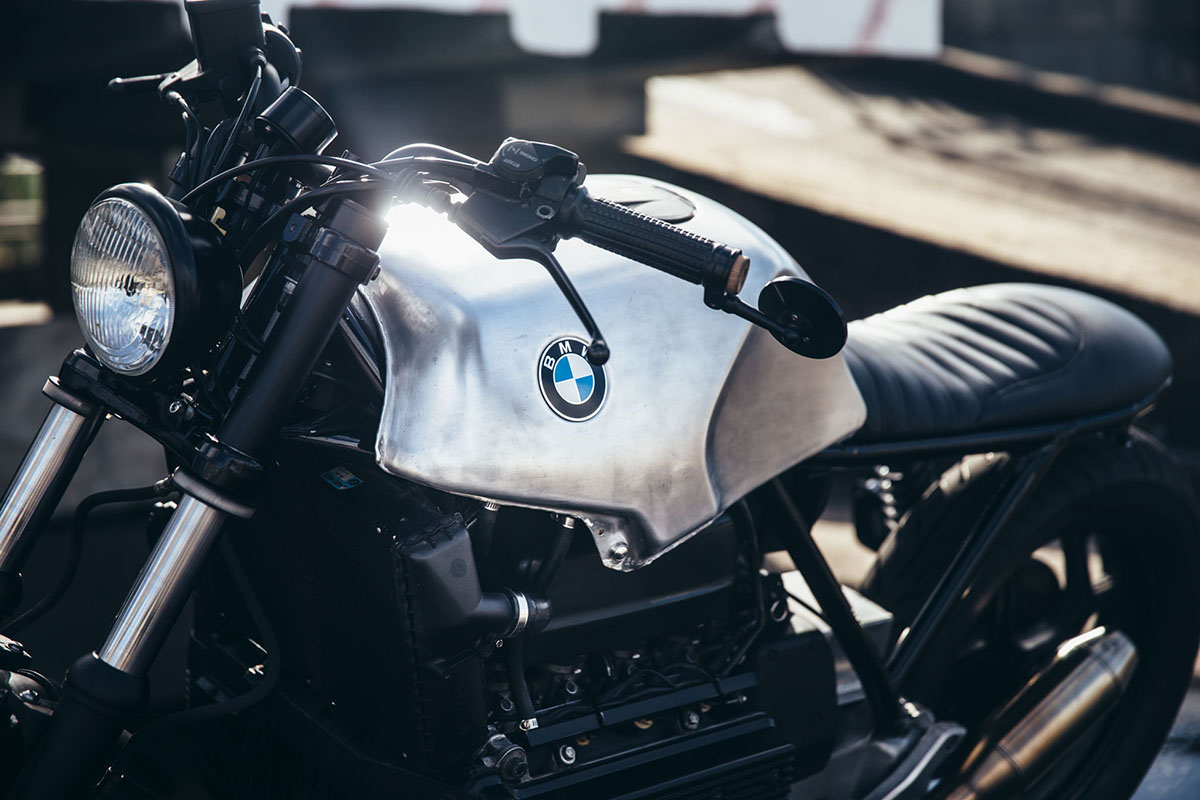 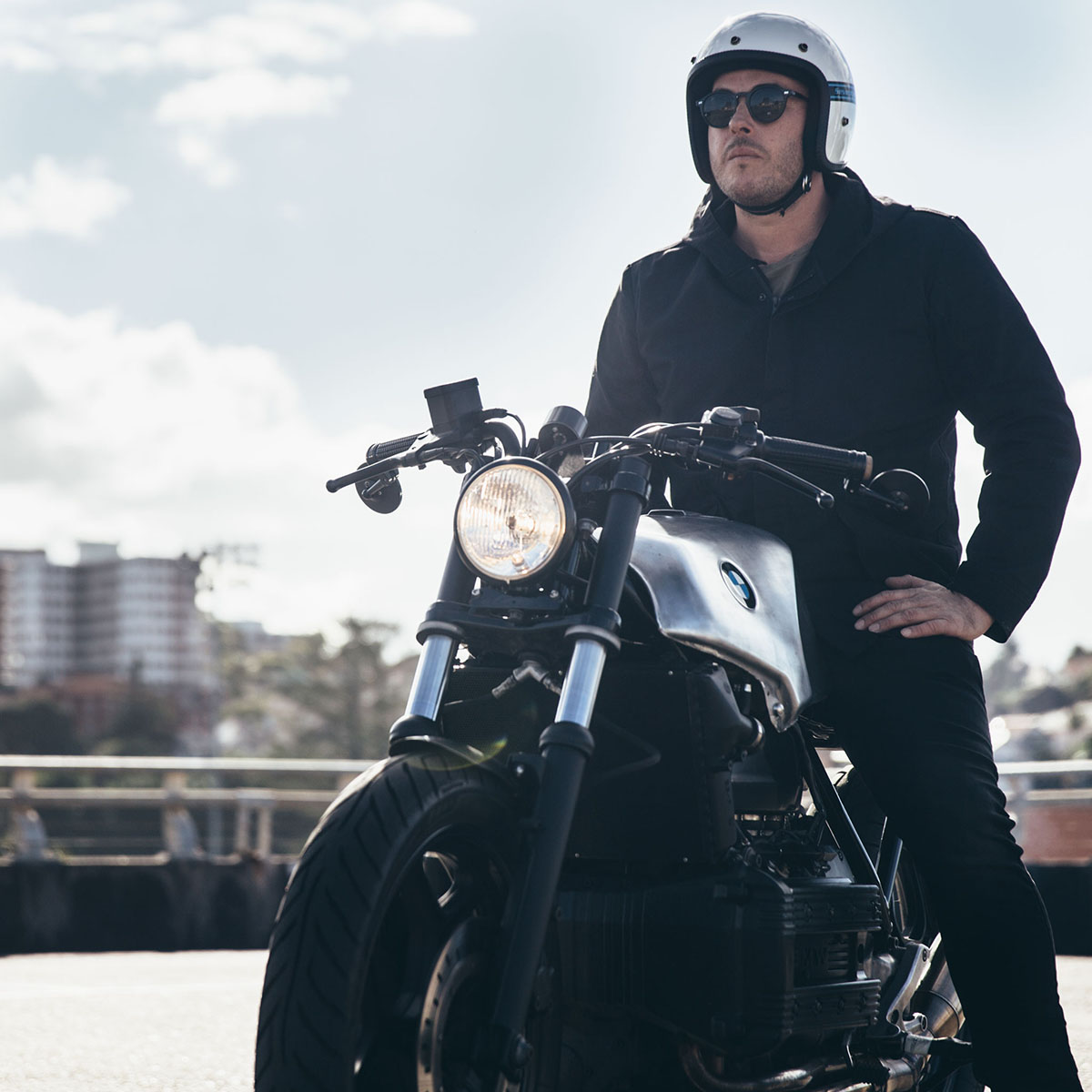 “I customised this scooter and really loved it, but was after something I could ride a bit further than 20km so I started looking around for a new project. I usually buy things pretty quickly – more out of a gut feeling than tedious research – I then end up dealing with any problems later. The original idea was to customise a BMW R series bike but I couldn’t afford it. A friend of mine then told me about the K series, and how reliable the engine is. Not being very mechanically minded, and the bikes going fairly cheap I thought this might be the best option for me. A week later, I saw one for a good price and bought it sight unseen. Luckily for me, it turned out to be in good nick, so the next step in the journey had started.” 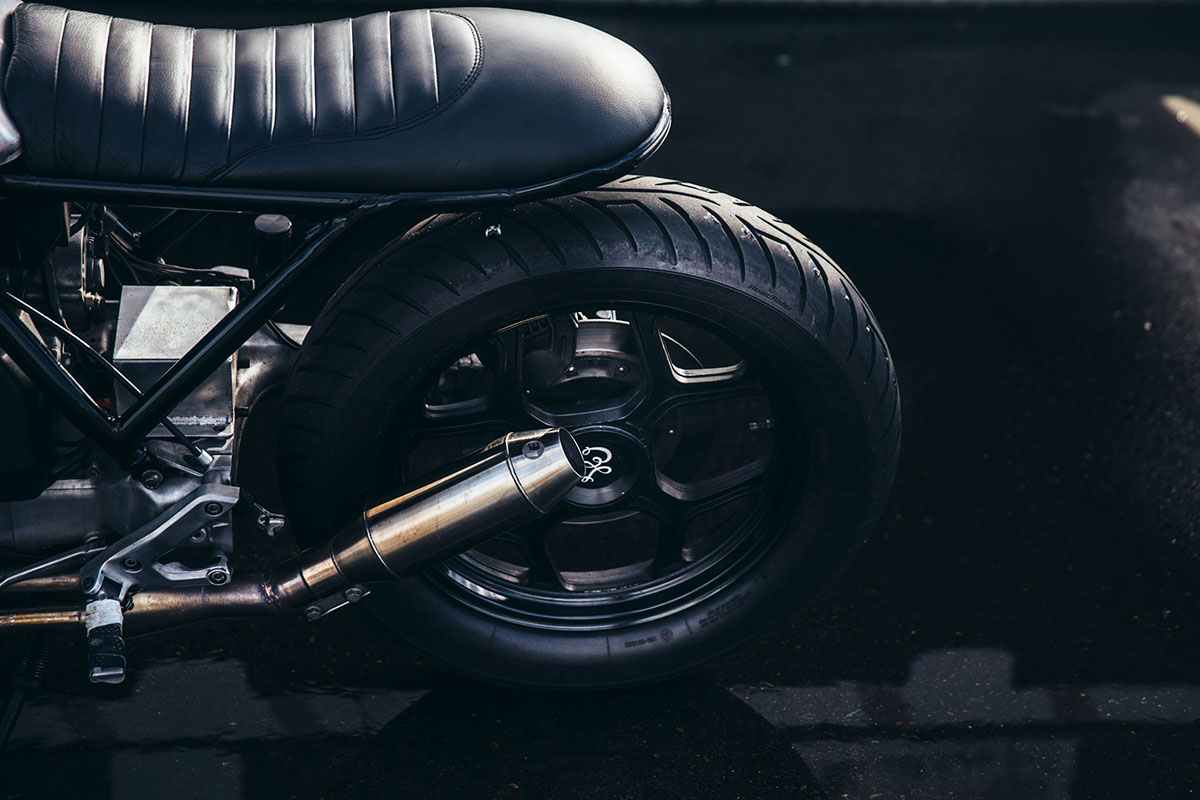 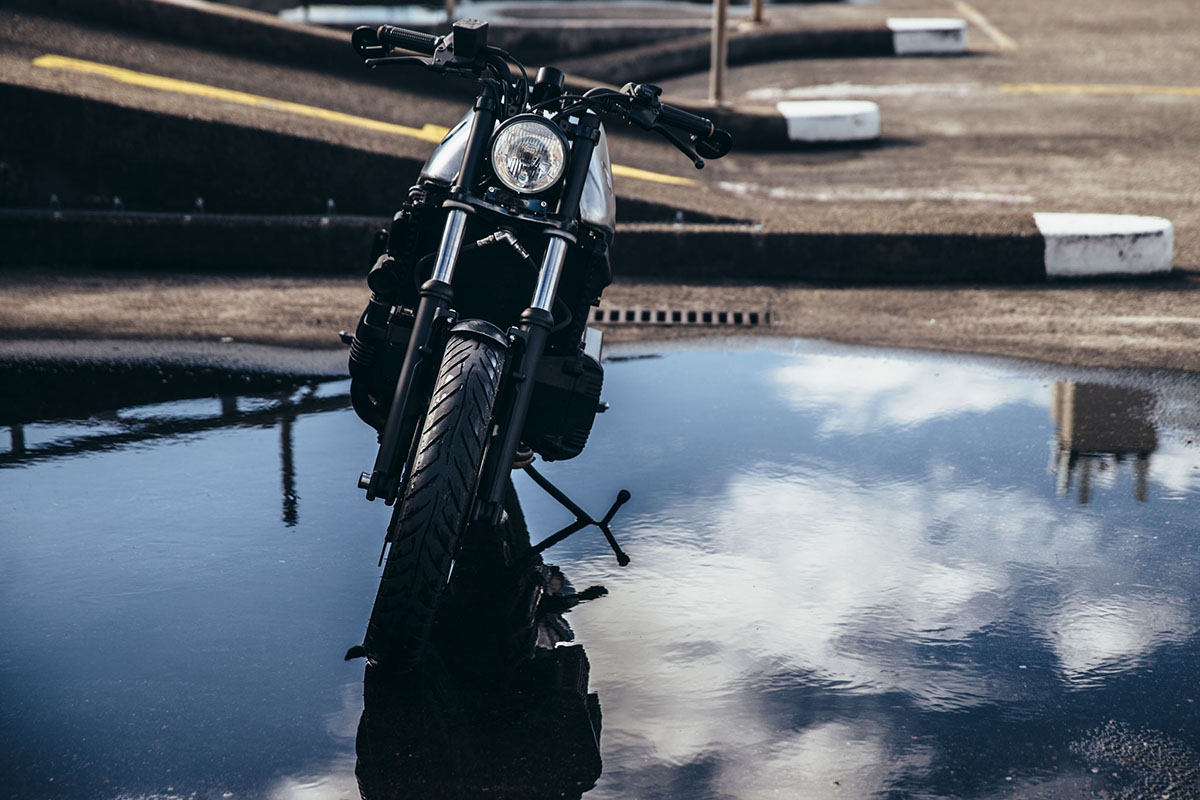 And so Nils hit the great tech oracle that is known as Google, searching for some custom K inspiration. “There wasn’t too many builds, at least nothing I liked. I then came across a build from Puzzle Garage in Italy, which struck a chord. This would be the basis for my inspiration, with my own twist to make it exactly the machine I was after. 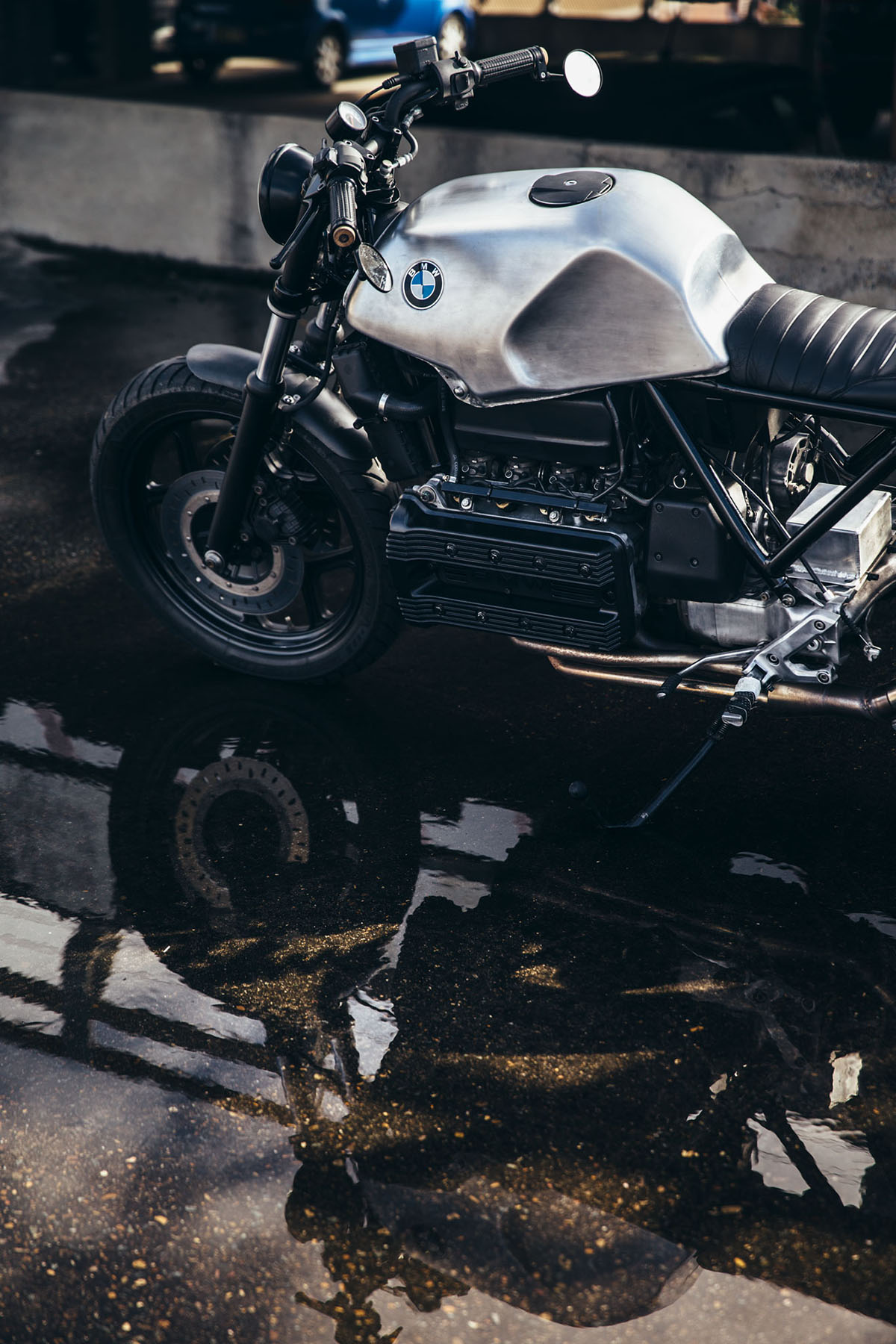 Once the build was under way, the learning curve also began. Many hours spent on the Internet working out each step, what materials were needed and the correct processes. “There was a lot of trial and error, with the build process taking longer than I expected as I really had no clue about anything. “ 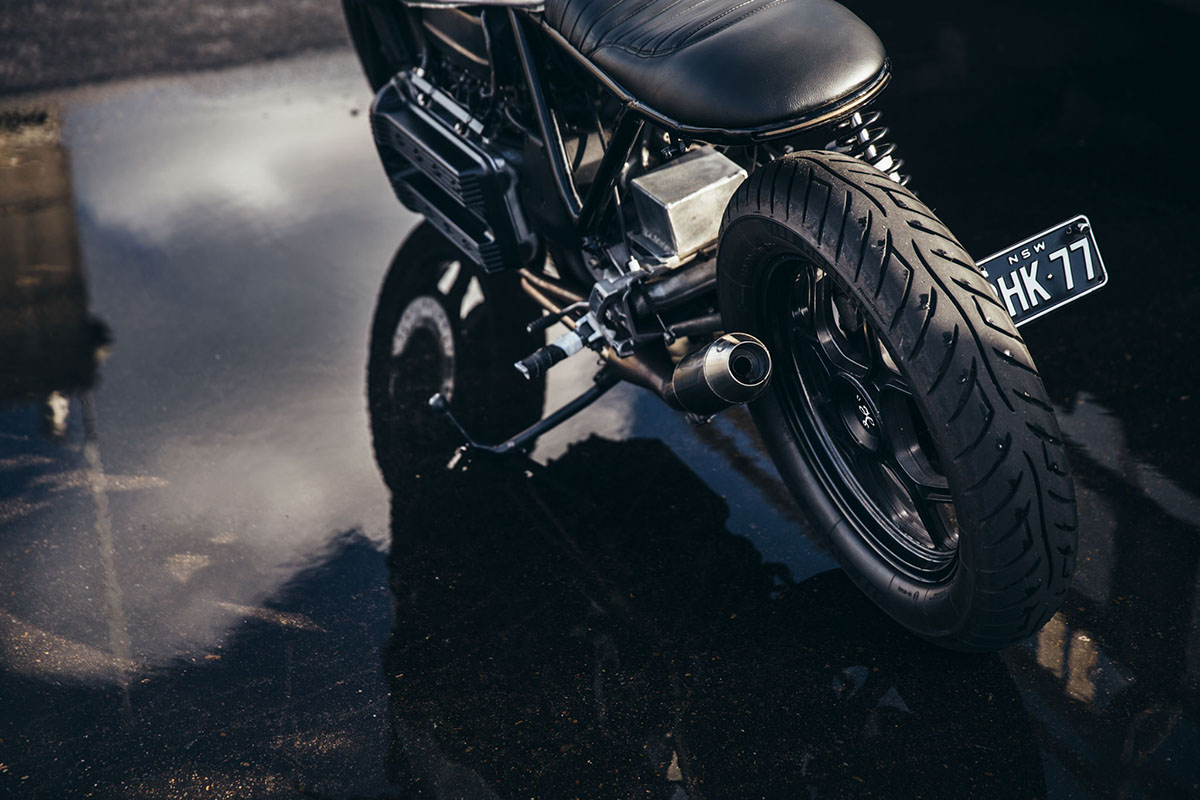 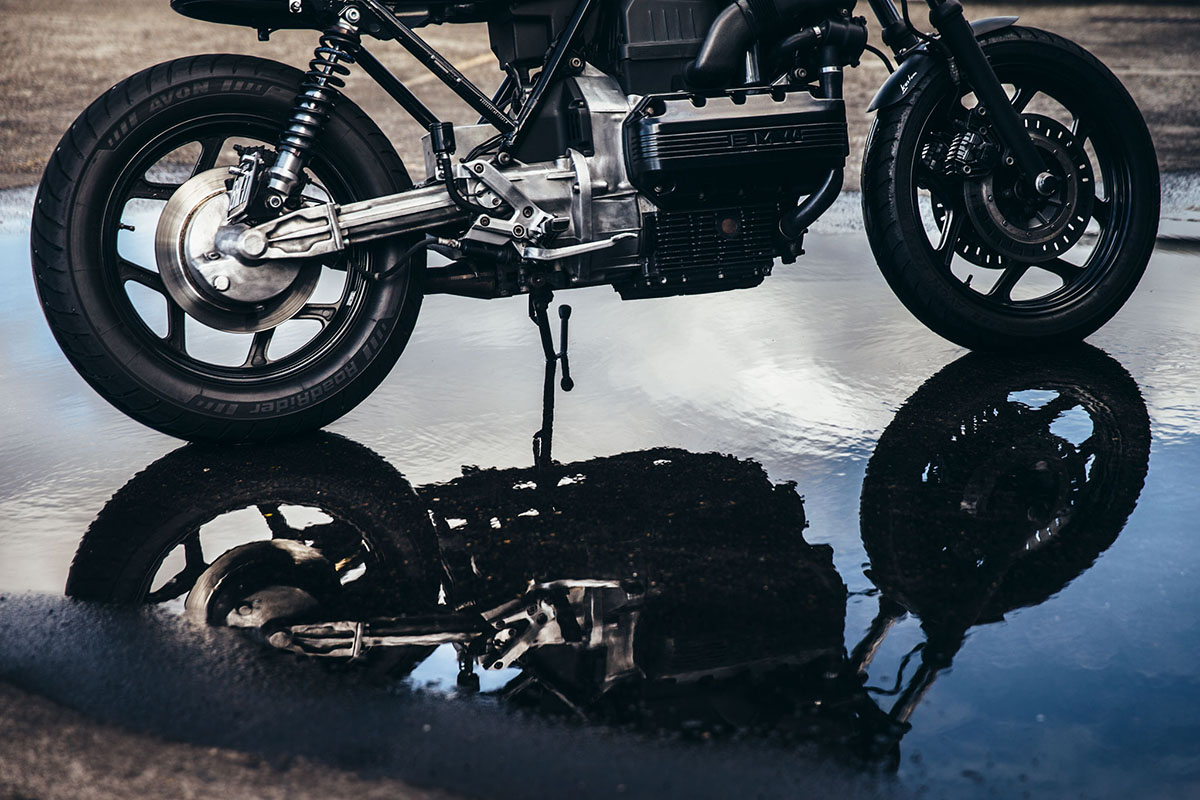 “I pretty much took the whole bike apart, and then chopped the end off. From there I worked out the electrics, and created the look I wanted. Quite a few foam seats and wooden seat bases were created during that time – syphon jigglers make great tail loops by the way! With the help from Internet forums and friends I got it to a state I was pretty happy with aesthetically.” 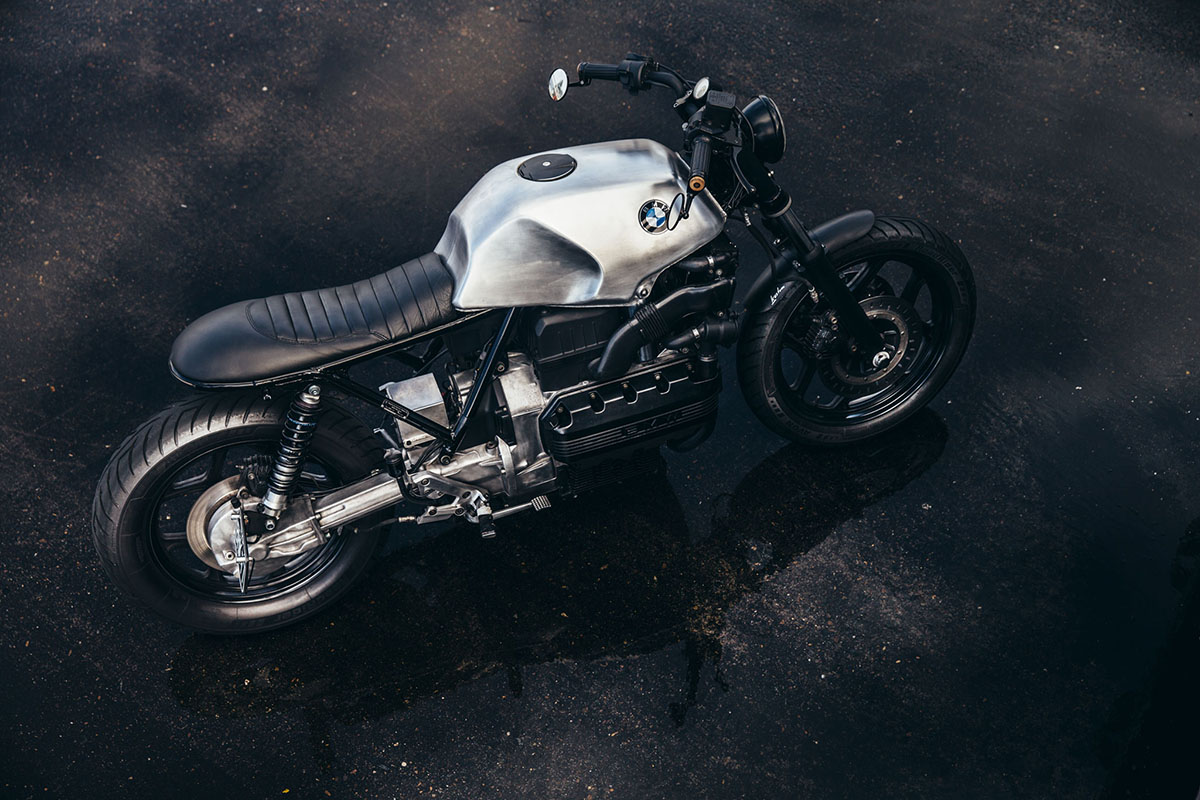 “There were things l wasn’t able to do myself that I outsourced. The welding, seat shaping and the front fender were all done by Kyle from Rene9ade Customs in Brookvale. He’s been a huge help along the way and did a great job with all the bits. He’s also done other little things when I got stuck or couldn’t deal with it anymore.” 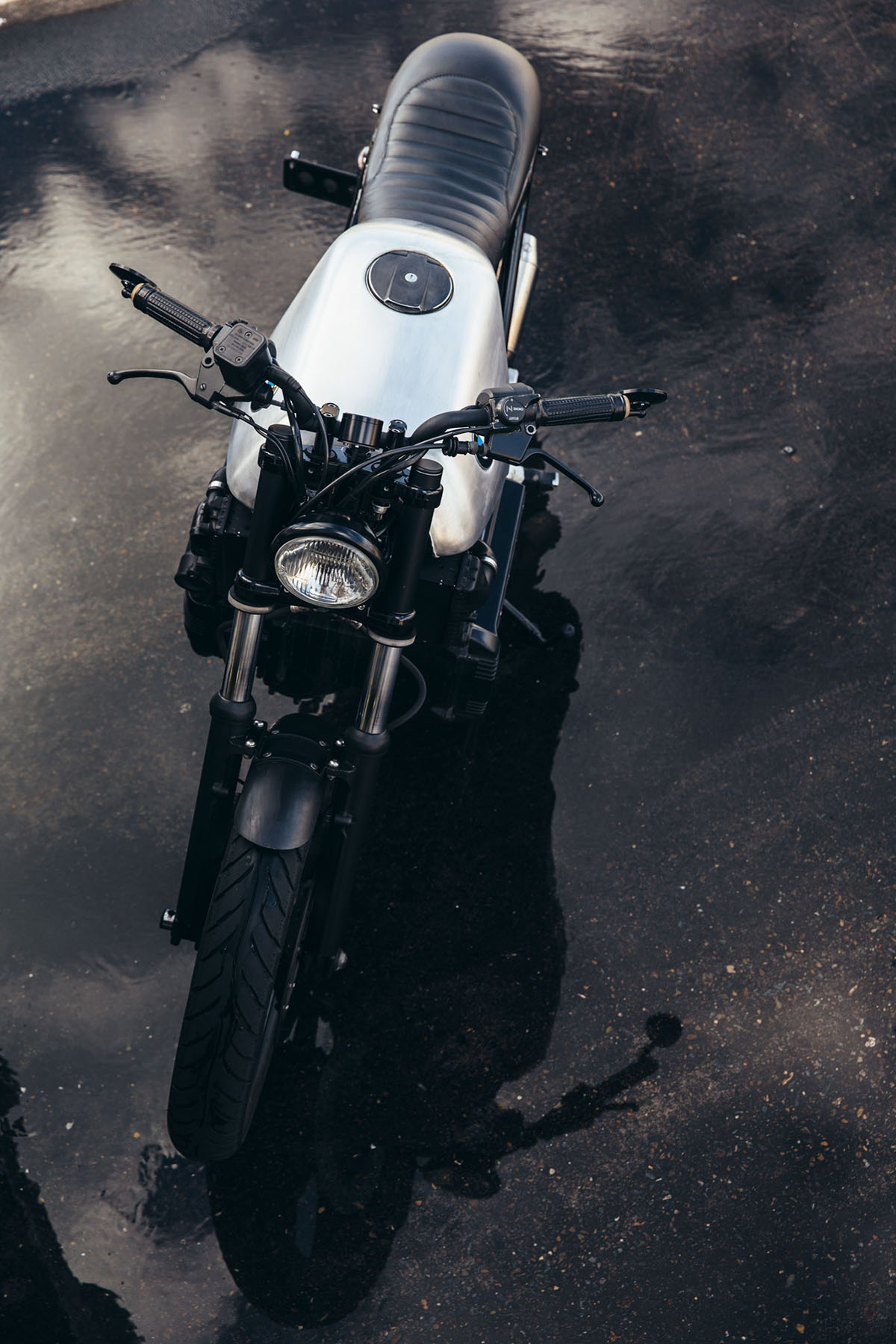 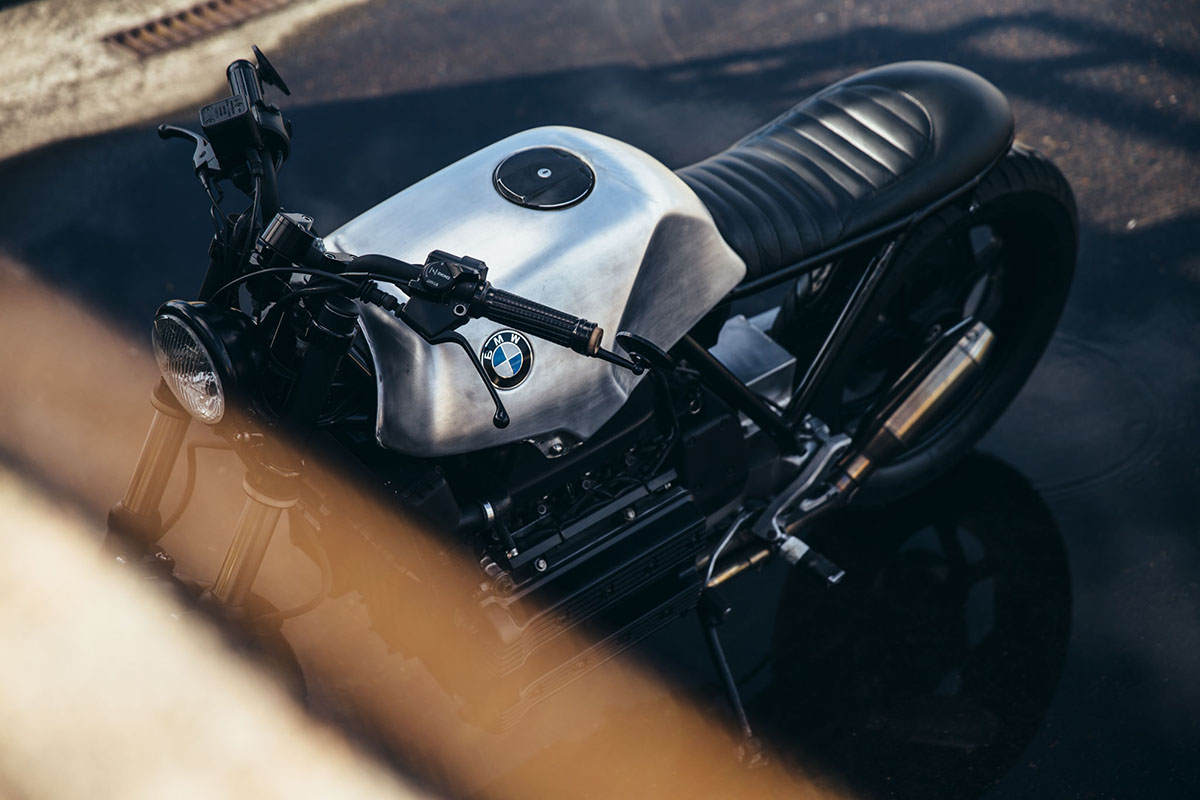 “The tricky bits for me were to create an overall shape that flows nicely. The K front end is quite high compared to the back but putting in different forks seemed way to hard for me then. Drop bars would have helped the shape a lot but I opted for the comfort with the nearly original seating position of the K100 so I just pushed the forks through a bit. The handle bars are also original but were widened by a couple of inches.” 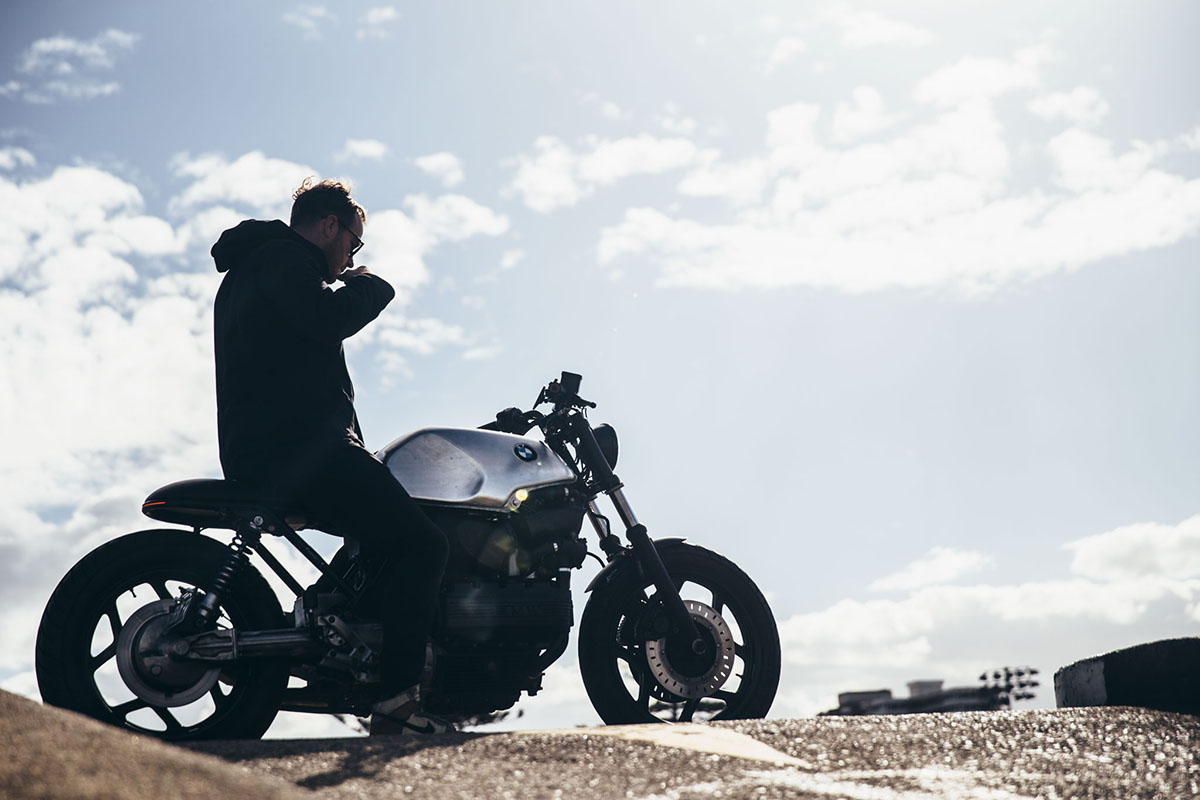 “Once the bike was all together and I’ve ridden it for a few weeks it really grew on me and I got quite a lot of positive feedback so I took it apart completely again to have the frame and other bits painted properly. That was my biggest learning curve and a good process to do. It also made the bike “pop” a bit more.” 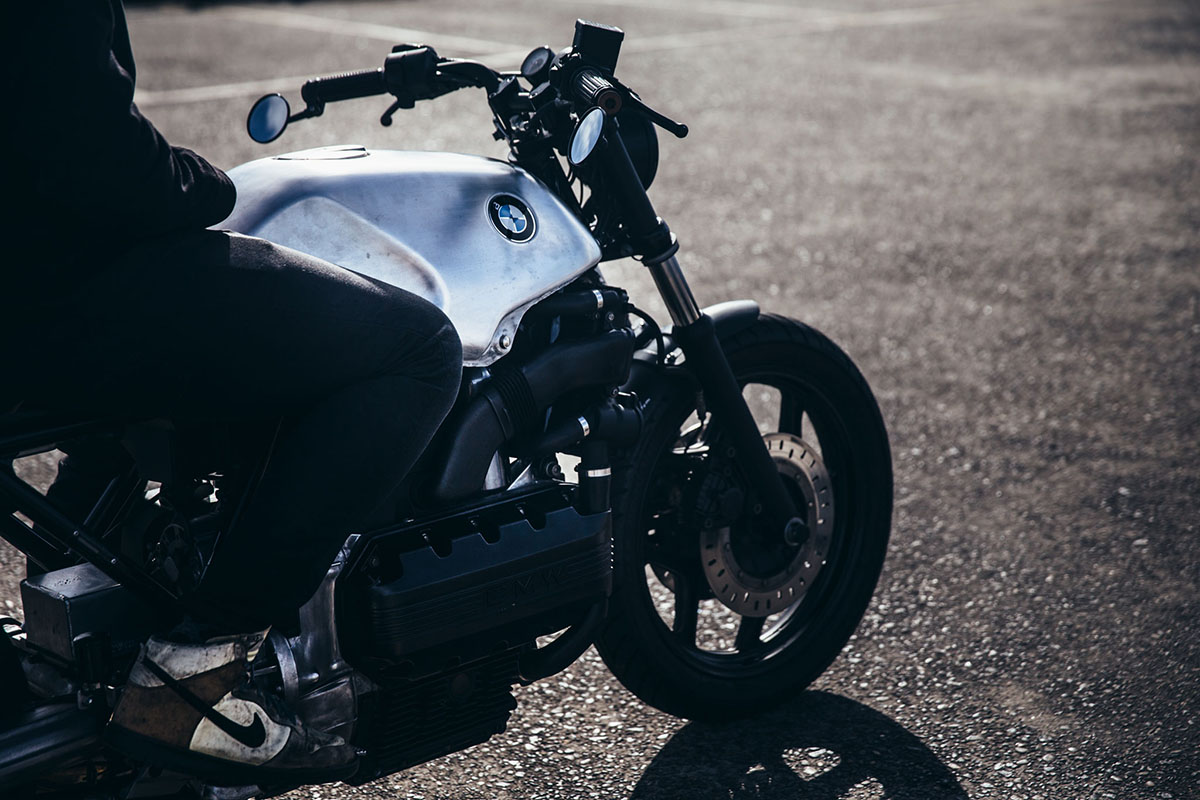 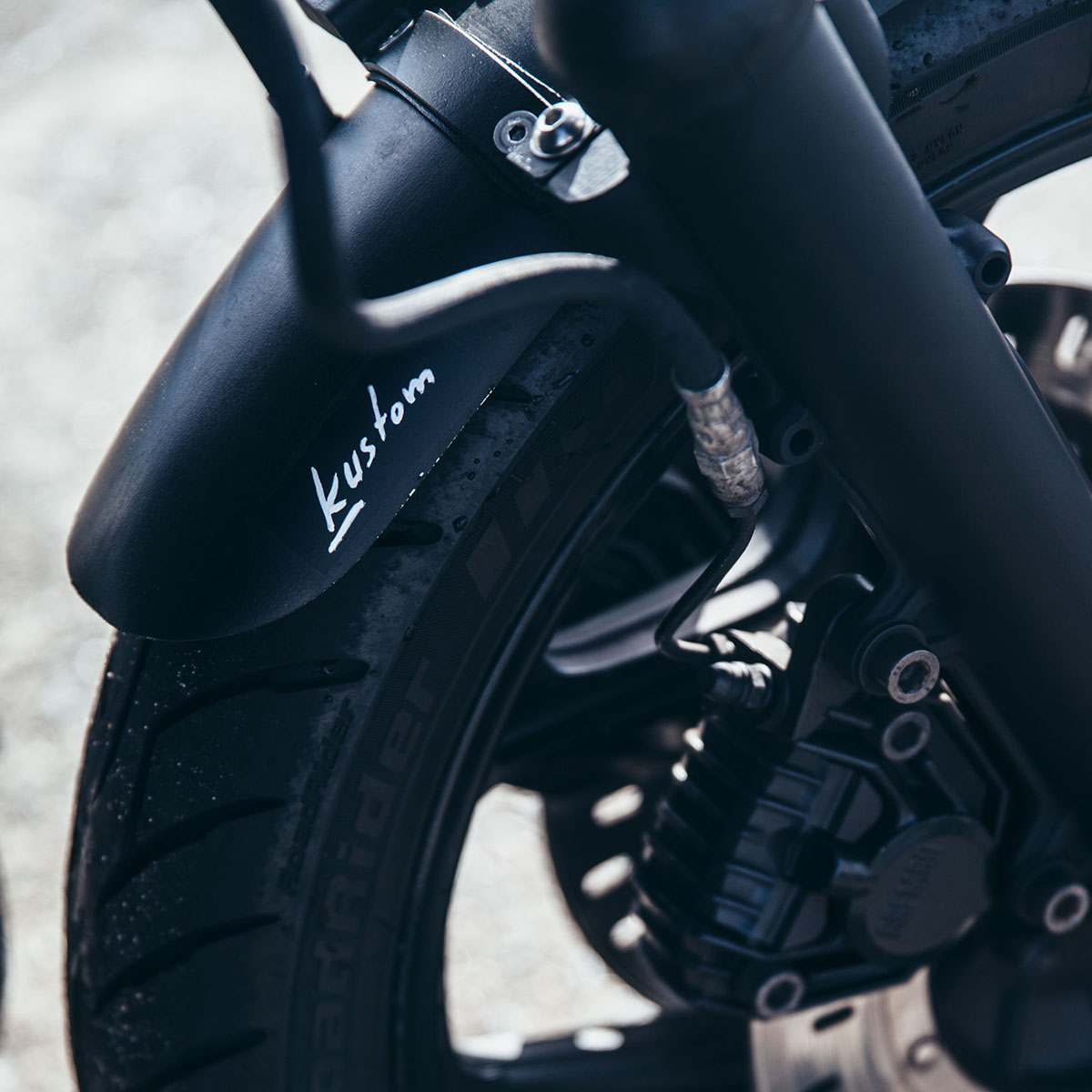 “I am never really satisfied and am always thinking about ways to improve things but overall I am pretty happy with the outcome of my first build (with the help of other people).

I love the engine of the bike, it’s very smooth with enough power but also very forgiving at the same time. It doesn’t feel like it wants to throw you off and falls nicely into corners. Keeping the original riding position was a good choice and I absolutely enjoy riding it.” 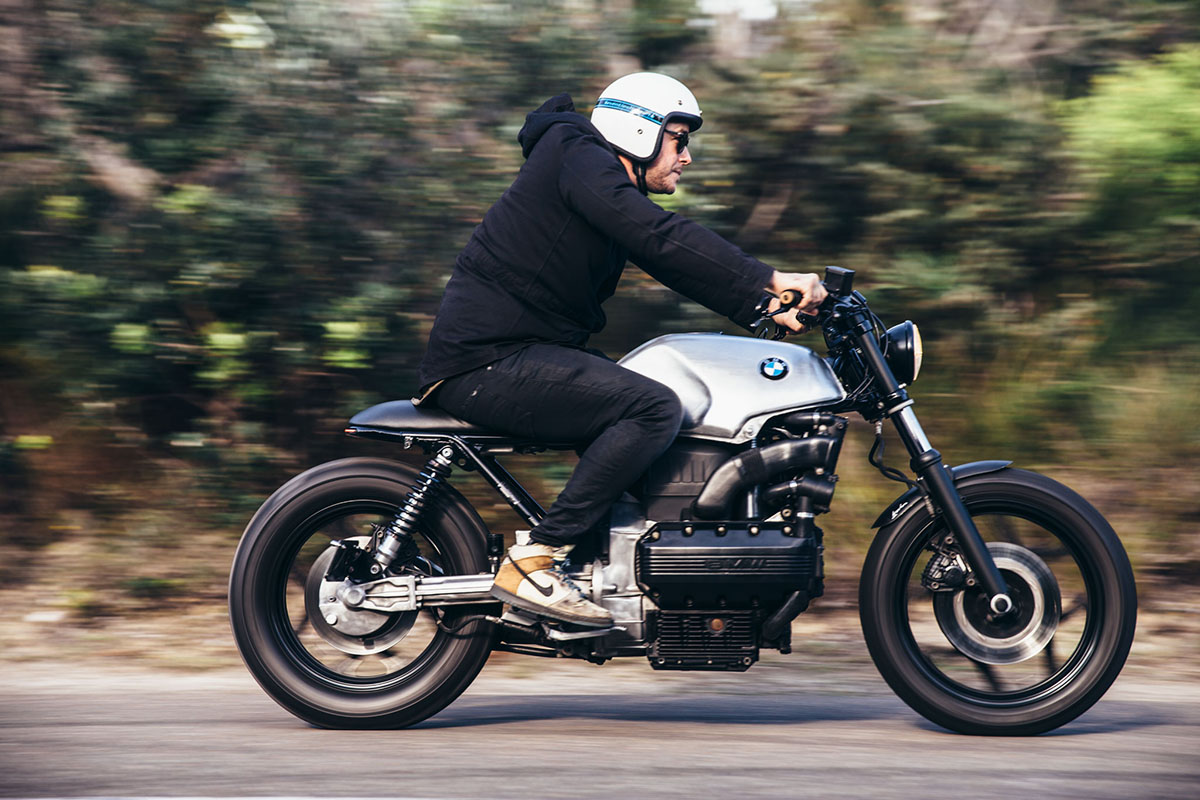 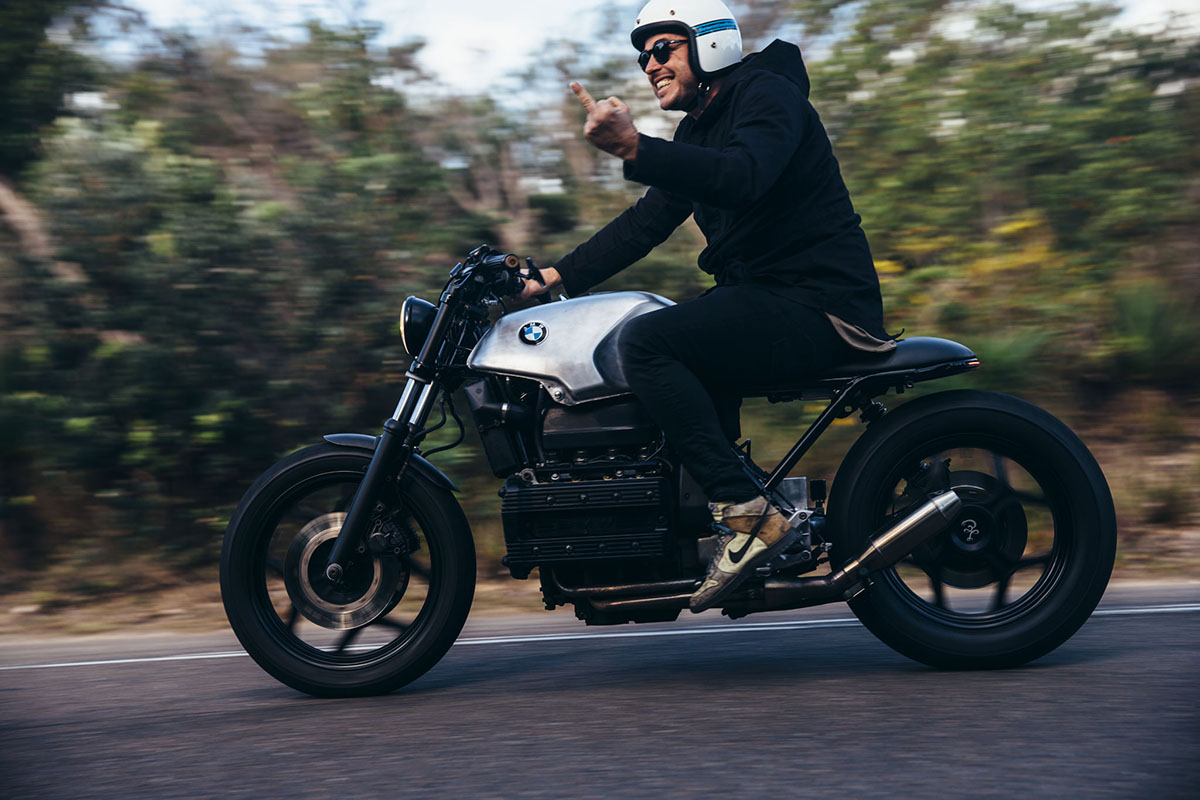 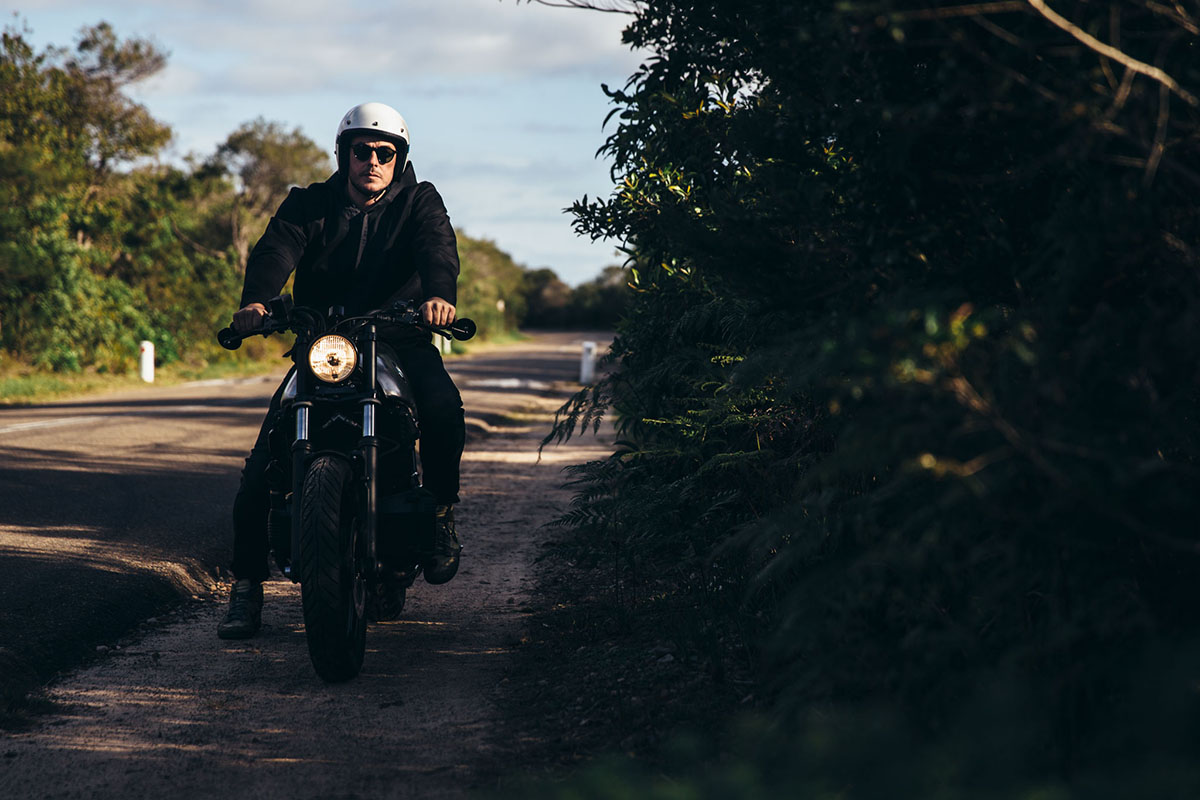