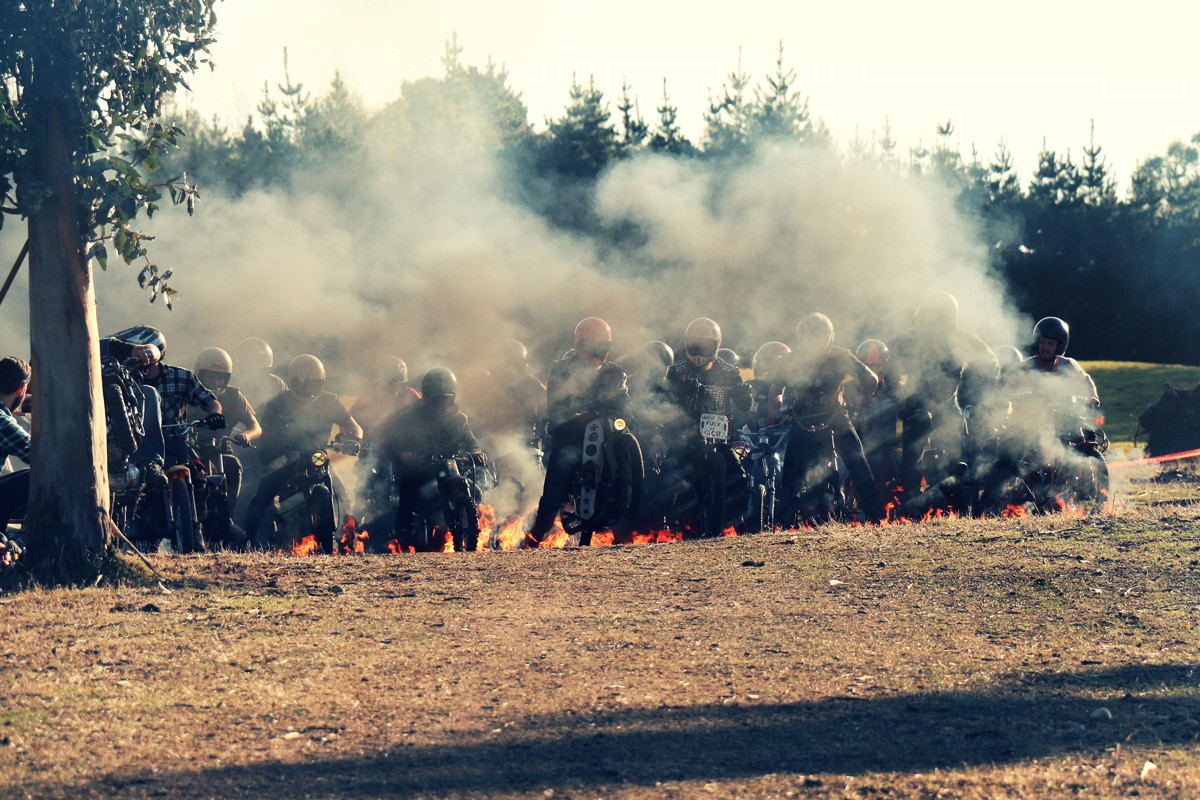 Shortly after a major earthquake hit the south island of New Zealand in 2010, the Quake City Rumblers were formed. A rag tag group of chopped and modified two-wheeled machines that tear up the streets and surrounding hills. In 2014, Dirtmasters was conceived – and the mayhem continued.

Chris Morresey started The Quake City Rumblers after picking up an old Honda C50 and being inspired by some wild chopped versions online. “Once I started chopping, a couple of my mates – Andy, Luke and Brendan – jumped on board, bought mopeds and then we all started chopping and riding. 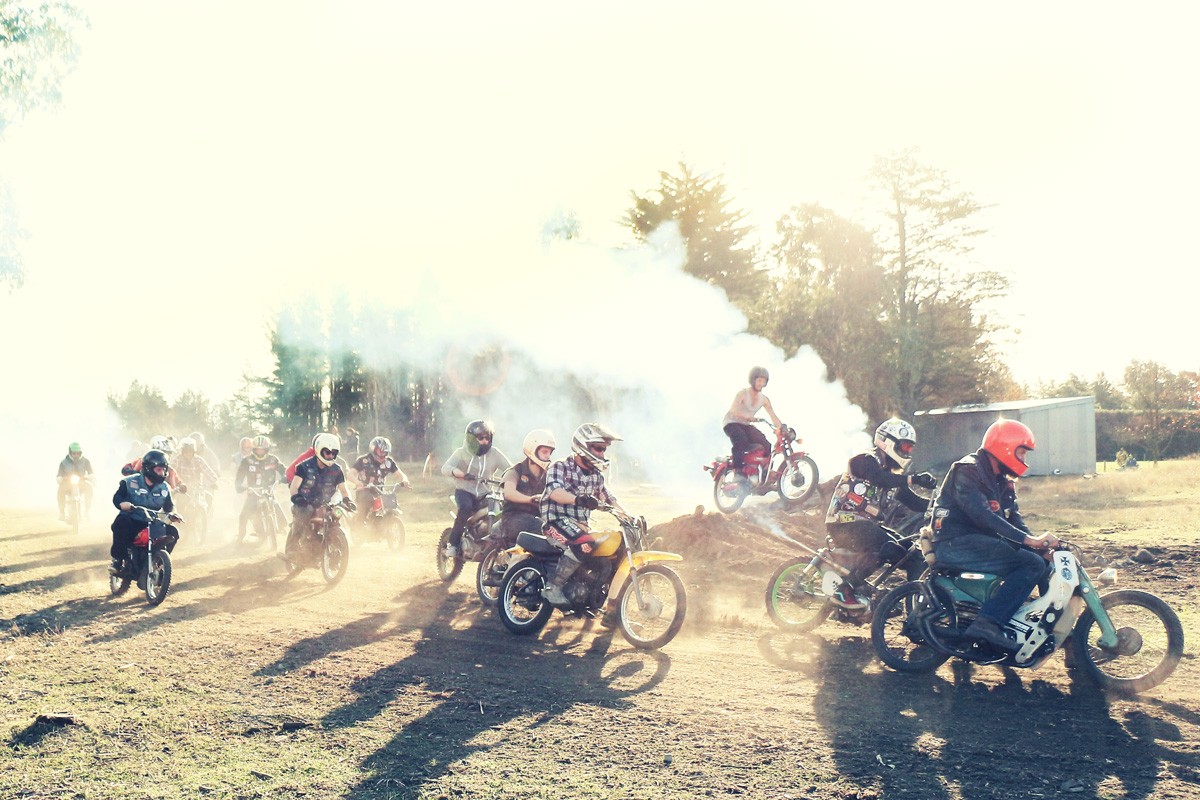 The more we rode around, the more we had our other mates joining in on the fun! Currently we are sitting on around 22 members – including our photographer Riley Bathurst, and my wife Erin who sews all our patches on our denim vests. We also just picked up a C90 for her, which we will chop soon.

We ride over to Smash Palace a lot, which is our local bar in the city for Bike Night on Thursdays. In the warmer months we ride all over the place – city, hills, harbour, peninsula and high country. Lately since Dirtmasters has taken off we’ve all started buying small CC dirt bikes and riding some local trails and river beds”

By now you’re wanting to know more about Dirtmasters, surely. Over the past years, events like these have been popping up wherever an empty paddock may lay (and a willing owner of said paddock) for dirt, dust, mud, smoke, fire and mayhem. Anything goes at these events, it’s about fun and the absurd, and getting away with that which wouldn’t fly on the road – be it due to police or death. 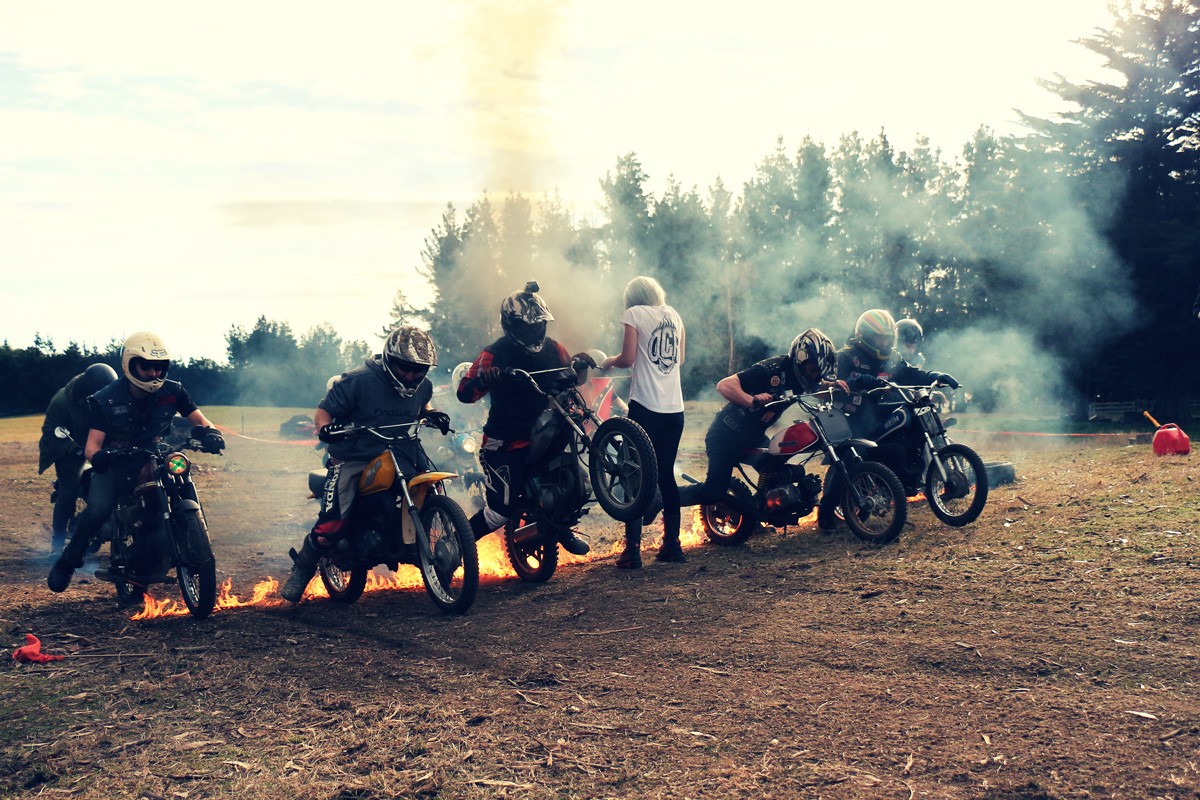 The Quake City Rumblers started Dirtmasters in the winter of 2014 after watching videos of similar events from around the world. One of the Rumblers, Aaron, had recently bought a patch of land South-West of Christchurch. “We set a date, and just turned up to his back paddock and mapped out a very basic track. We just rode all day long with no real organisation or race categories.”

When 2015 came around, more effort was put into this event and more organisation. “Went out the day before the event and mapped out a track, with safety tape and spray paint. We also removed some tree stumps that caused a leg breakage the year before.” 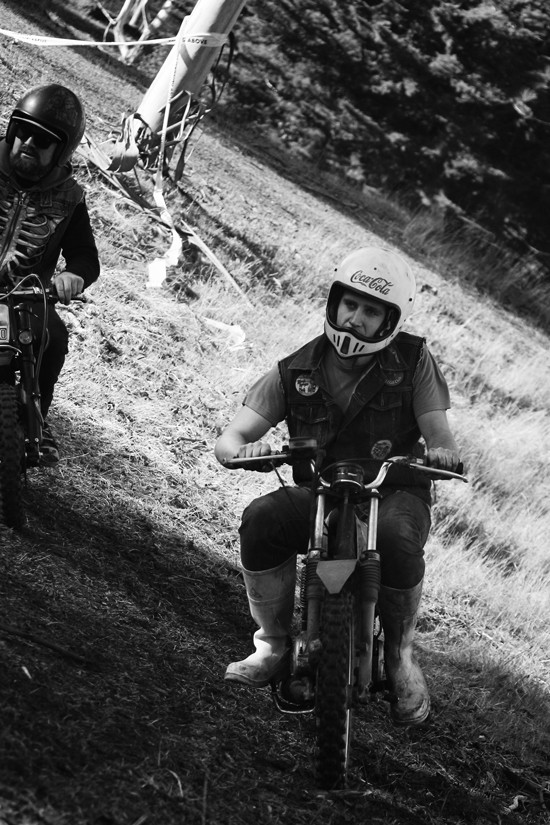 The day started at 8am with some final tweaks to the track layout before all the trucks and trailers arrived, unloading a ton of bikes and weird machines. “At midday we had the official walk around the track to make sure everyone knew where the stumps were, and the ideal passing spots. Then at 1pm we started the first of the 5 races.

The event was held back in June of 2015, a chilly time for those familiar with New Zealand winters. “The hardy ones camped out the night before in -5 weather. After the day’s racing, most of the Rumblers stayed out there and had a huge bonfire and BBQ – with plenty of burnouts and stories of the day’s antics.

And of course plenty of beers.”

Chinese Repowers – Any bike with a Chinese motor in it. Chris took out this race with my Chopped C50 running a 3spd 110

Twist & Go – Any Centrifugal clutch bike. Chris also won this on his C50, however Fatty was a standout on his PGO with Knobblies.

Dirt Bikes – Any factory Purpose built dirt bike. It was close racing, but Colin took this out on his GT70.

All-In Class – Every bike present on the day, racing all for all! It was a tight race, with Luke taking it out on his Chaly 125 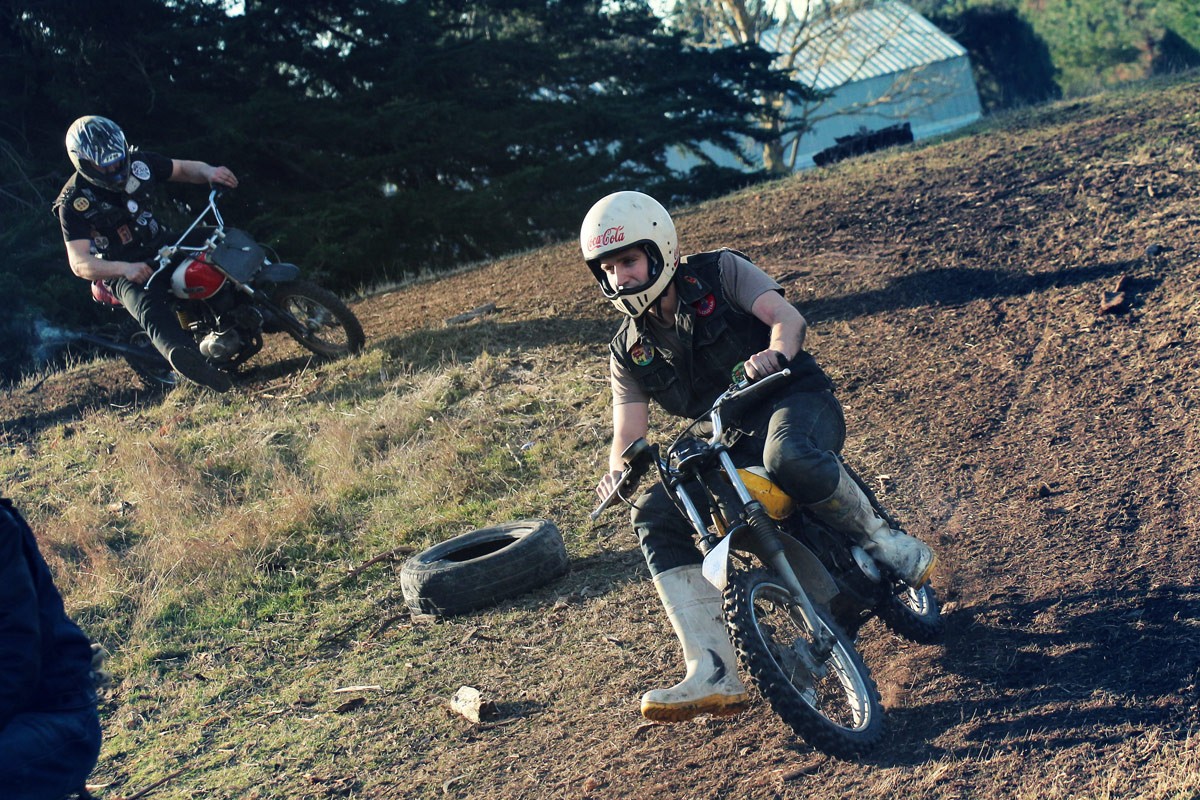 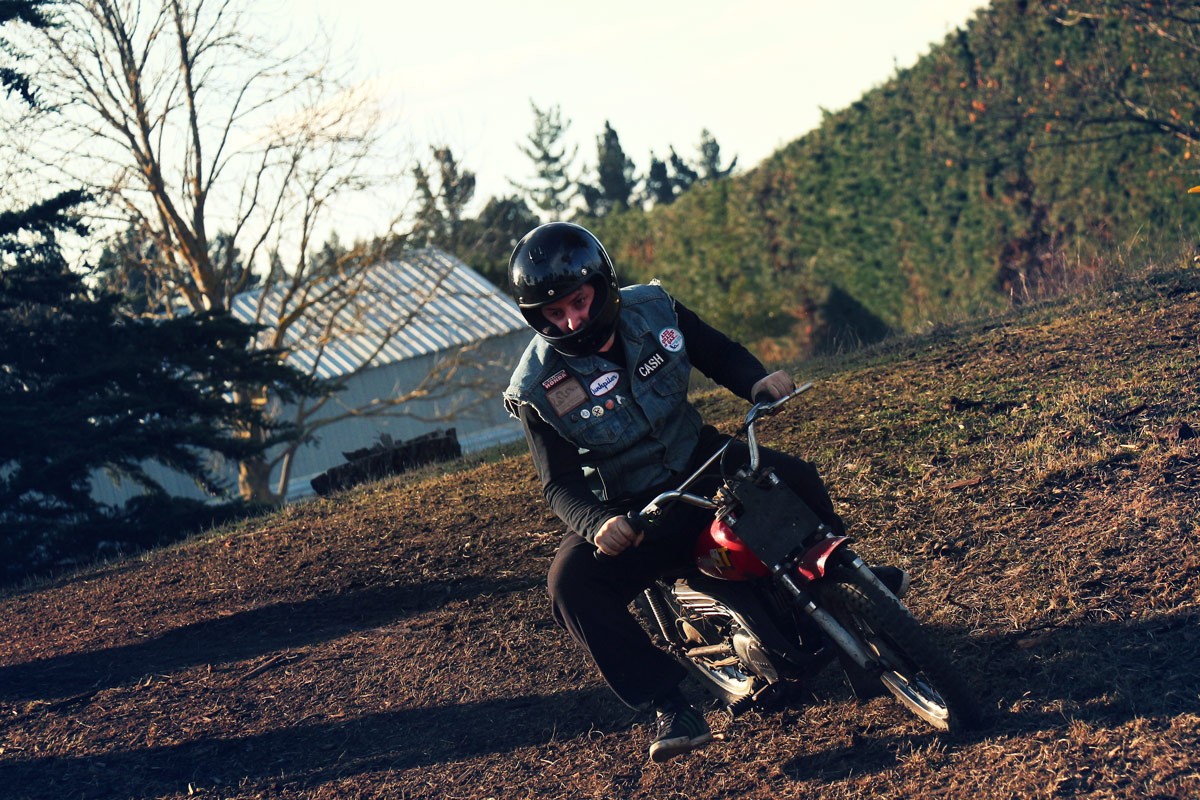 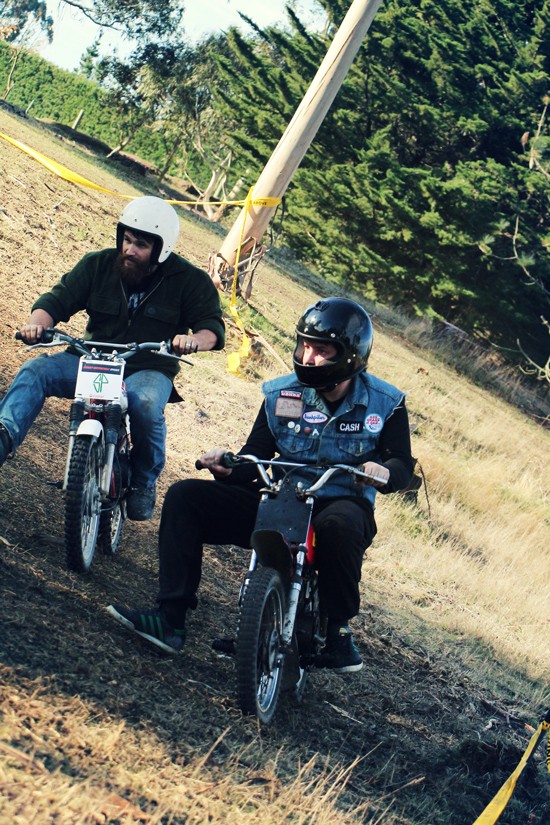 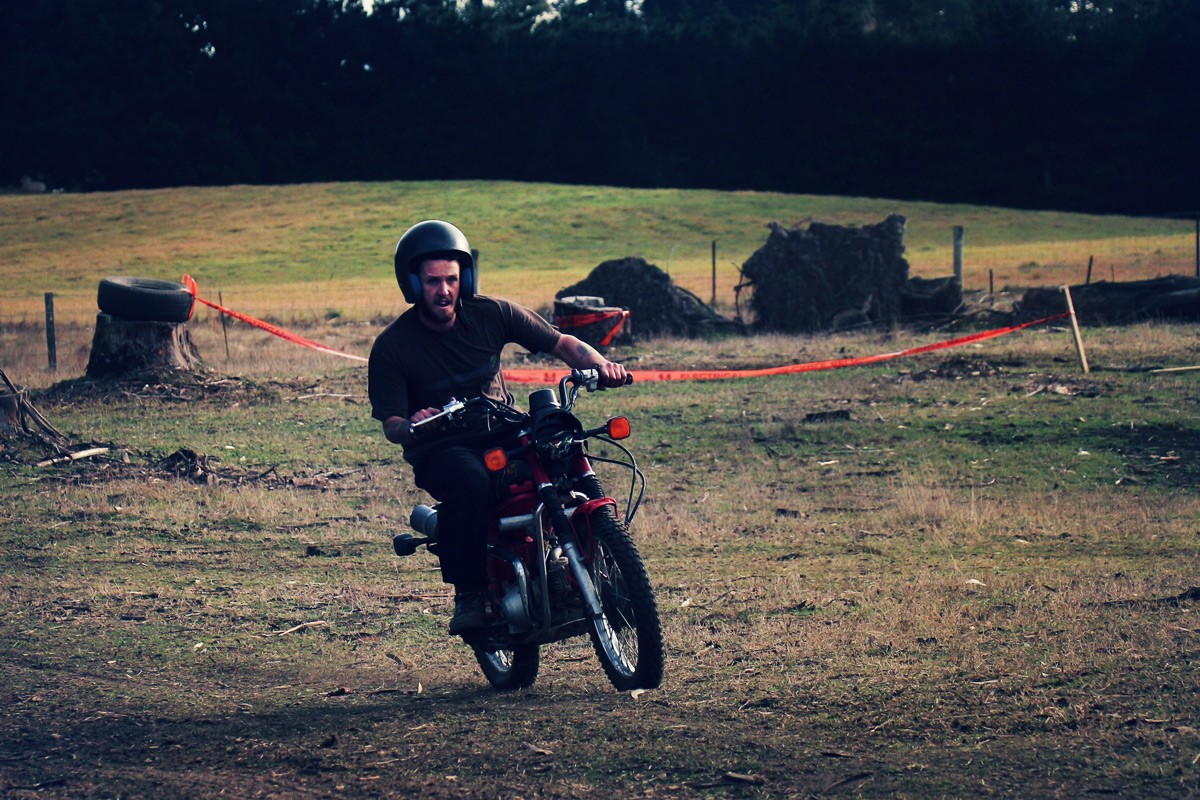 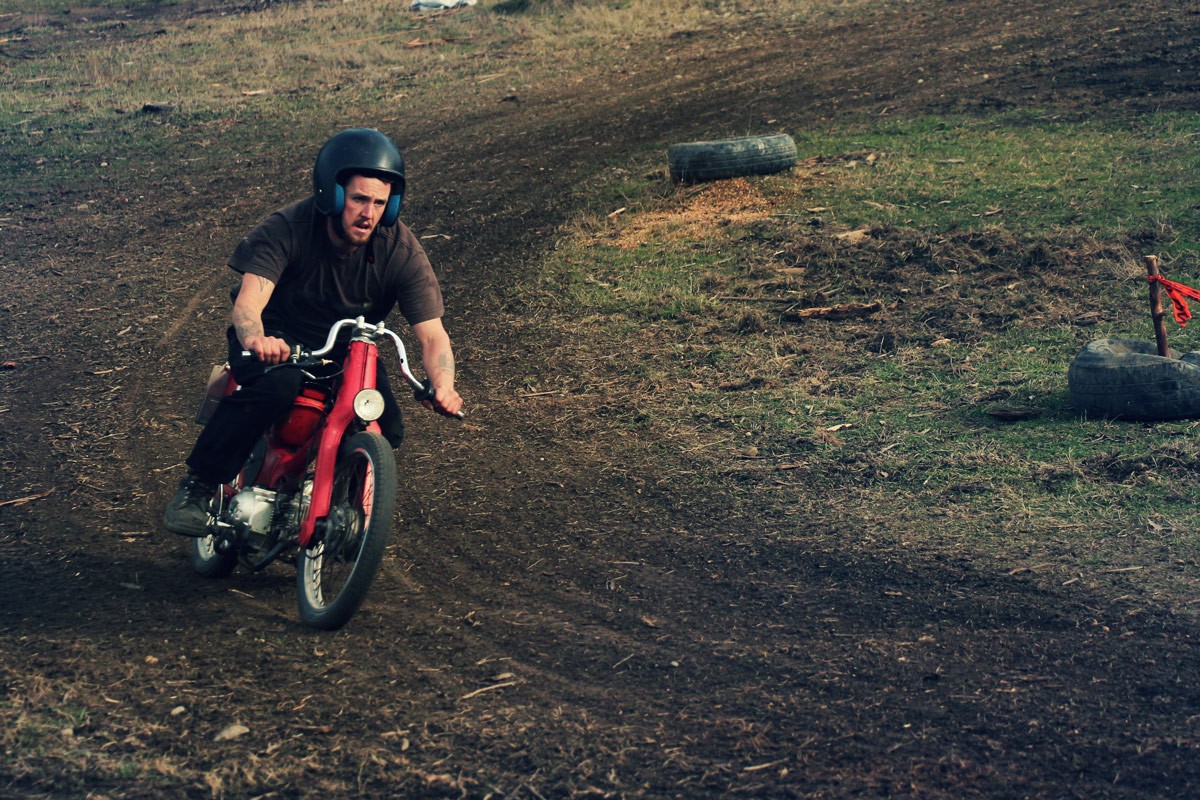 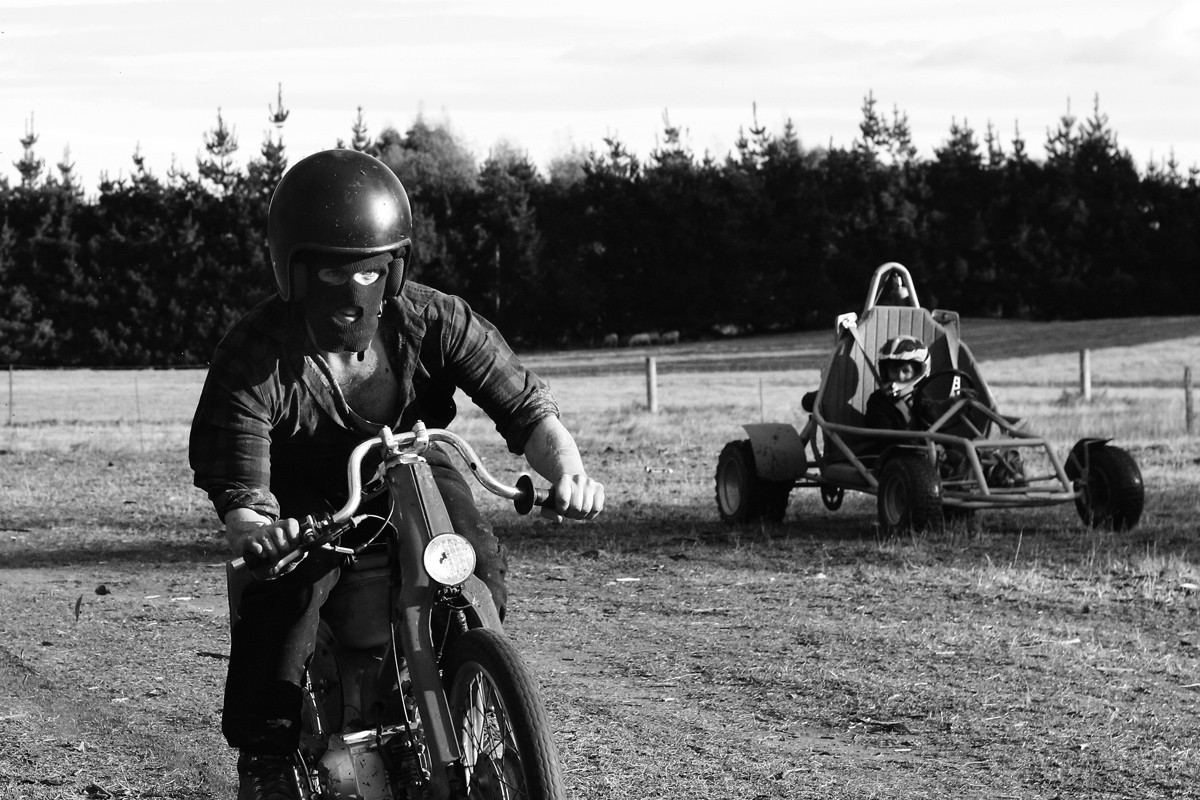 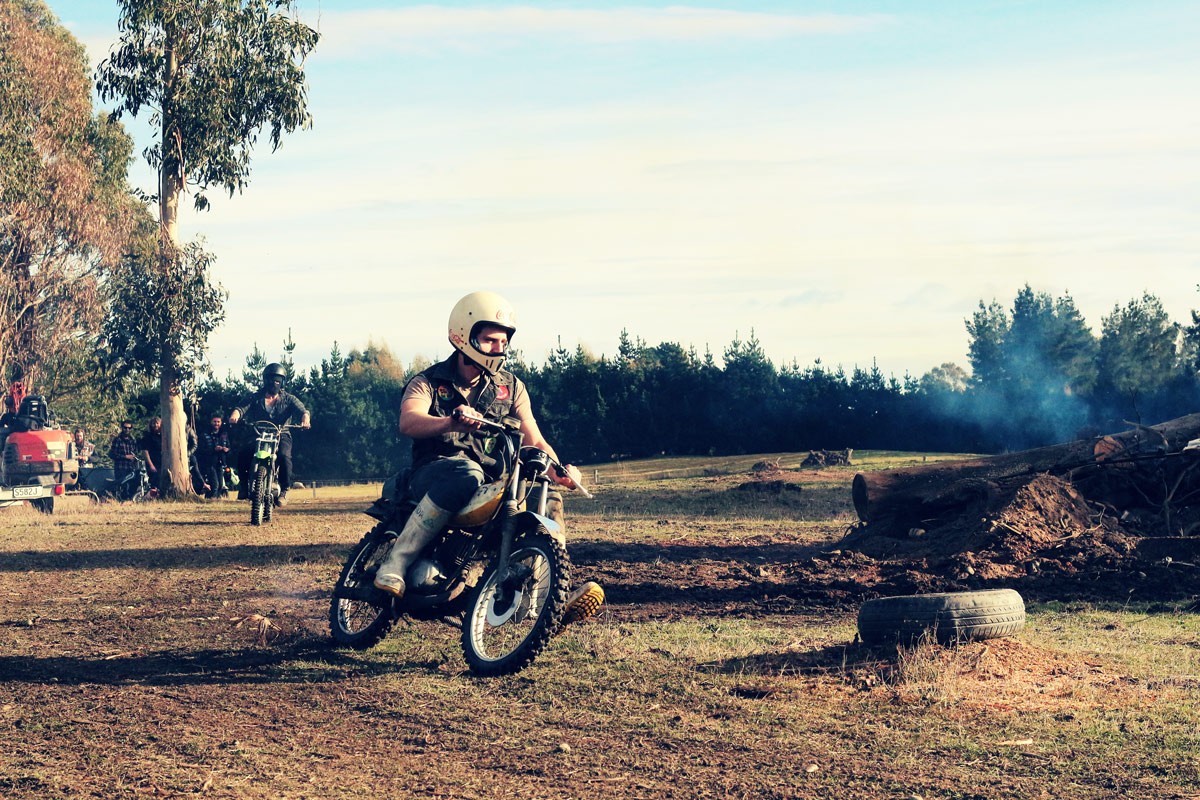 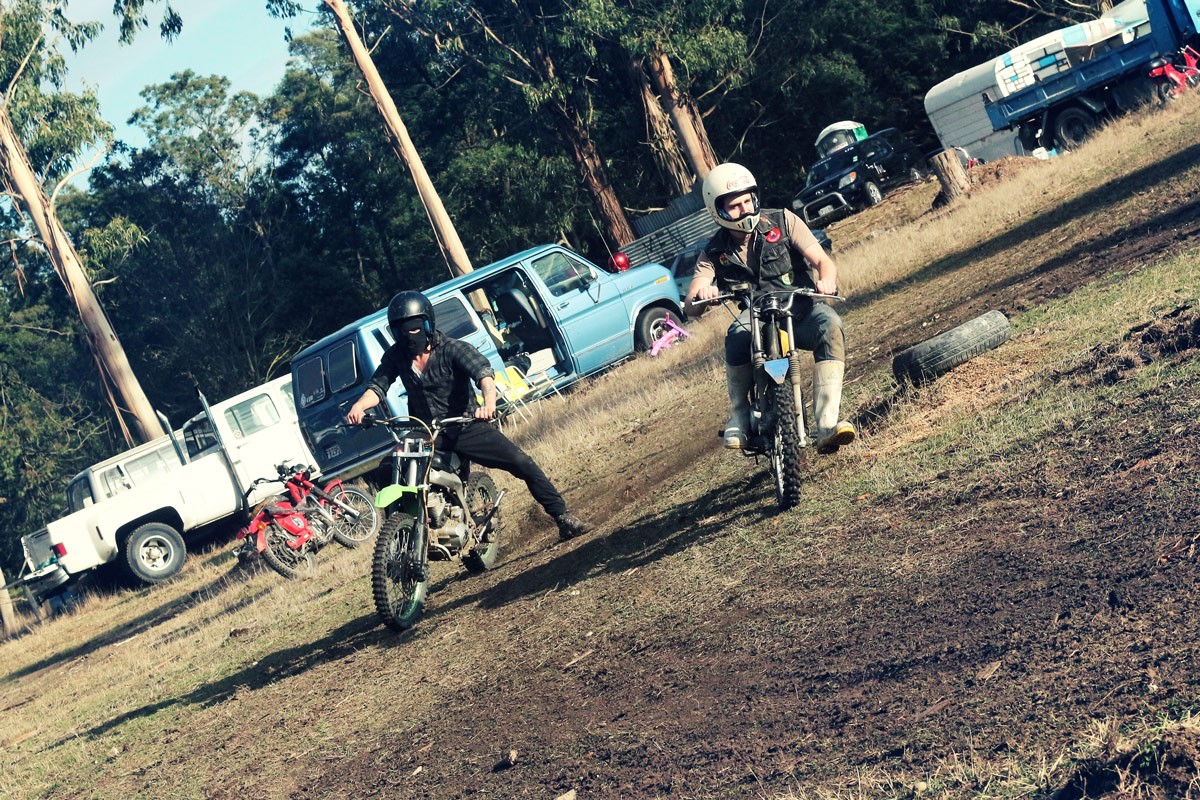 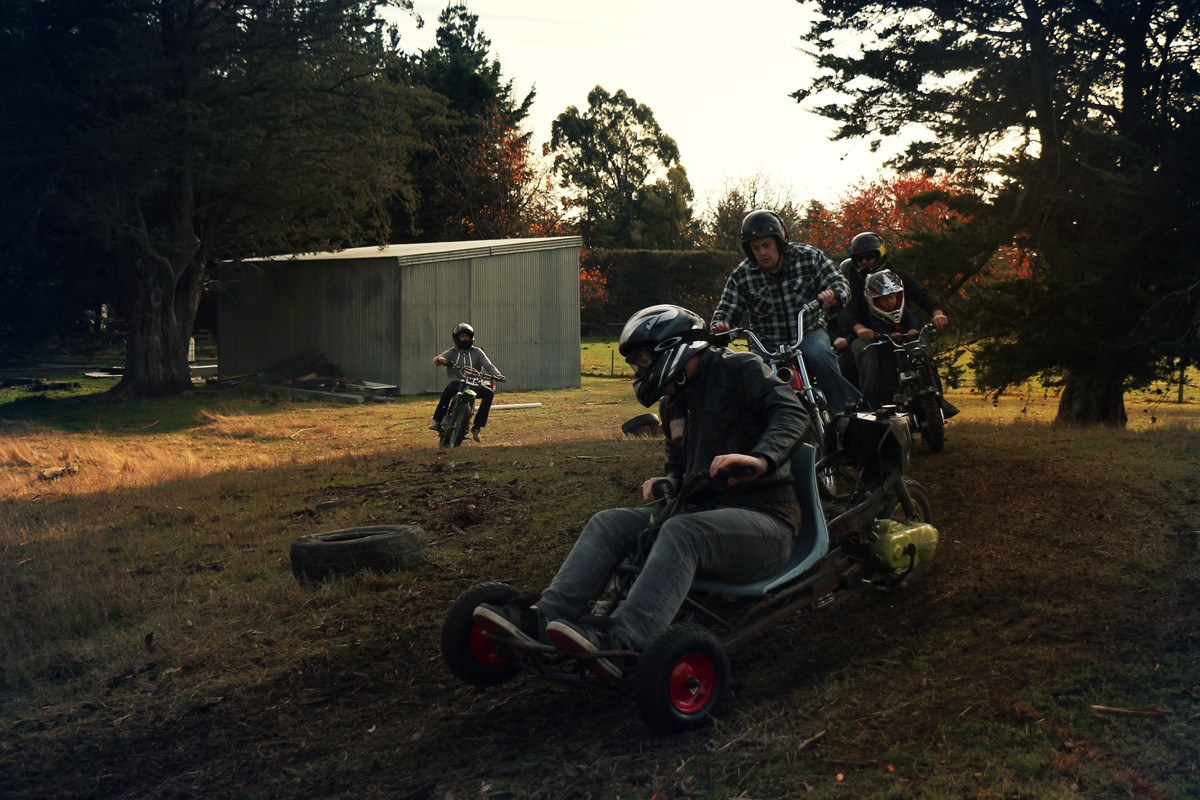 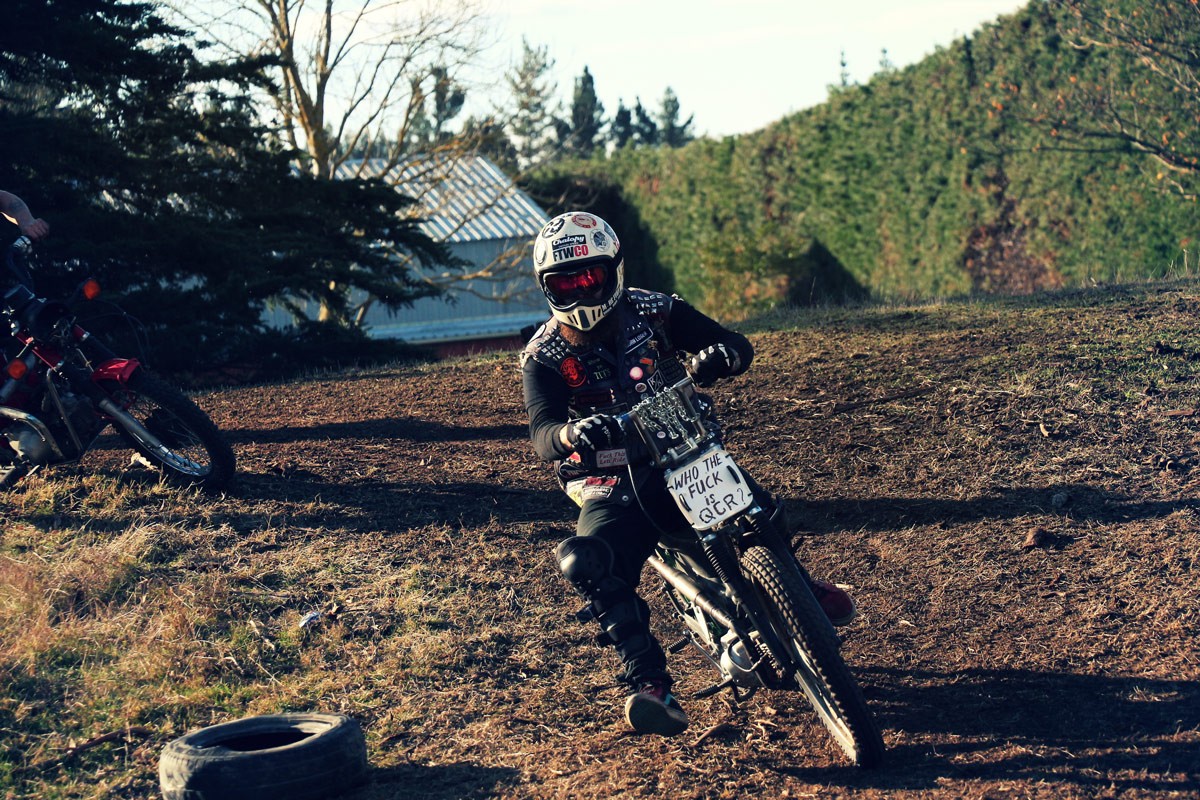 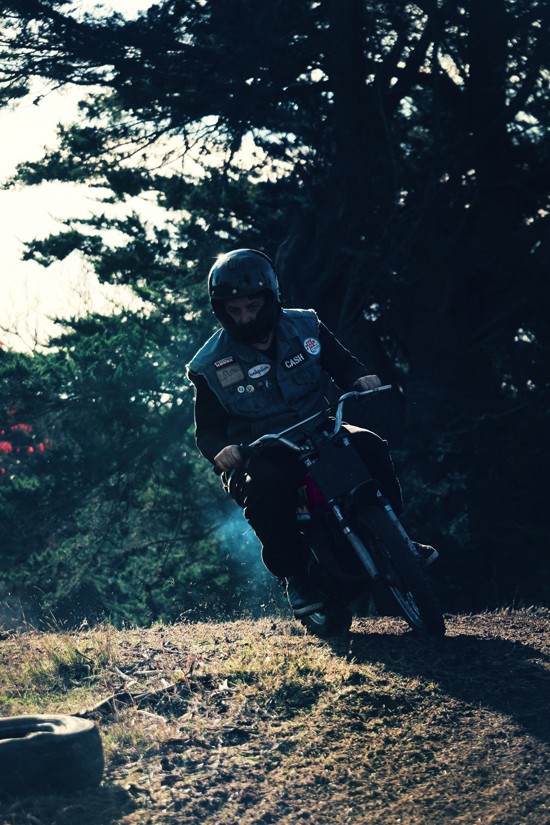 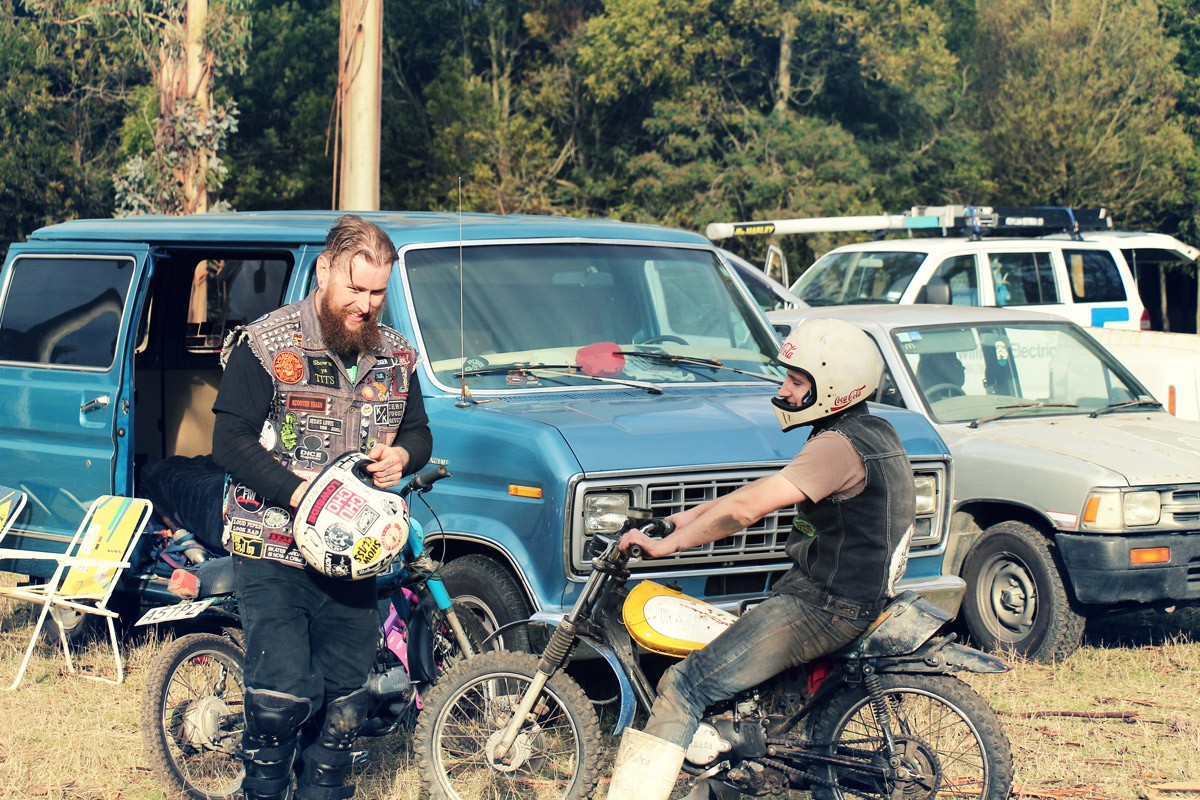 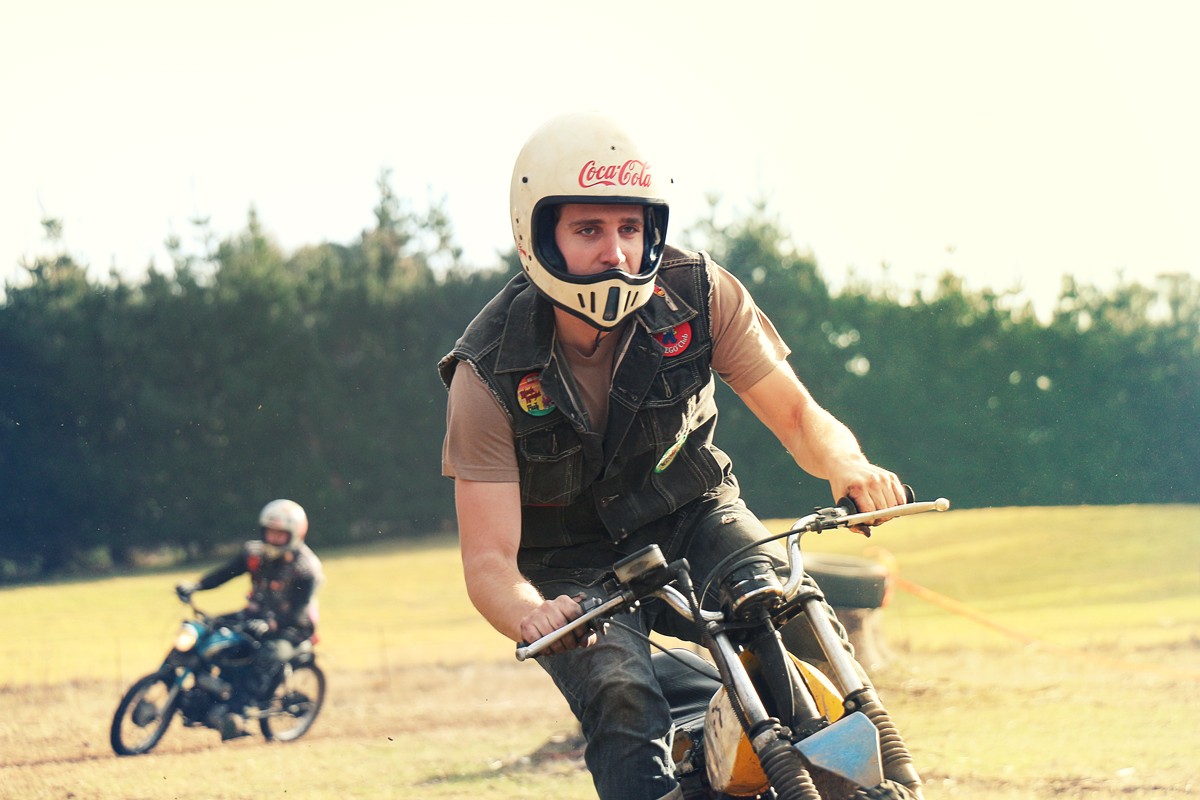 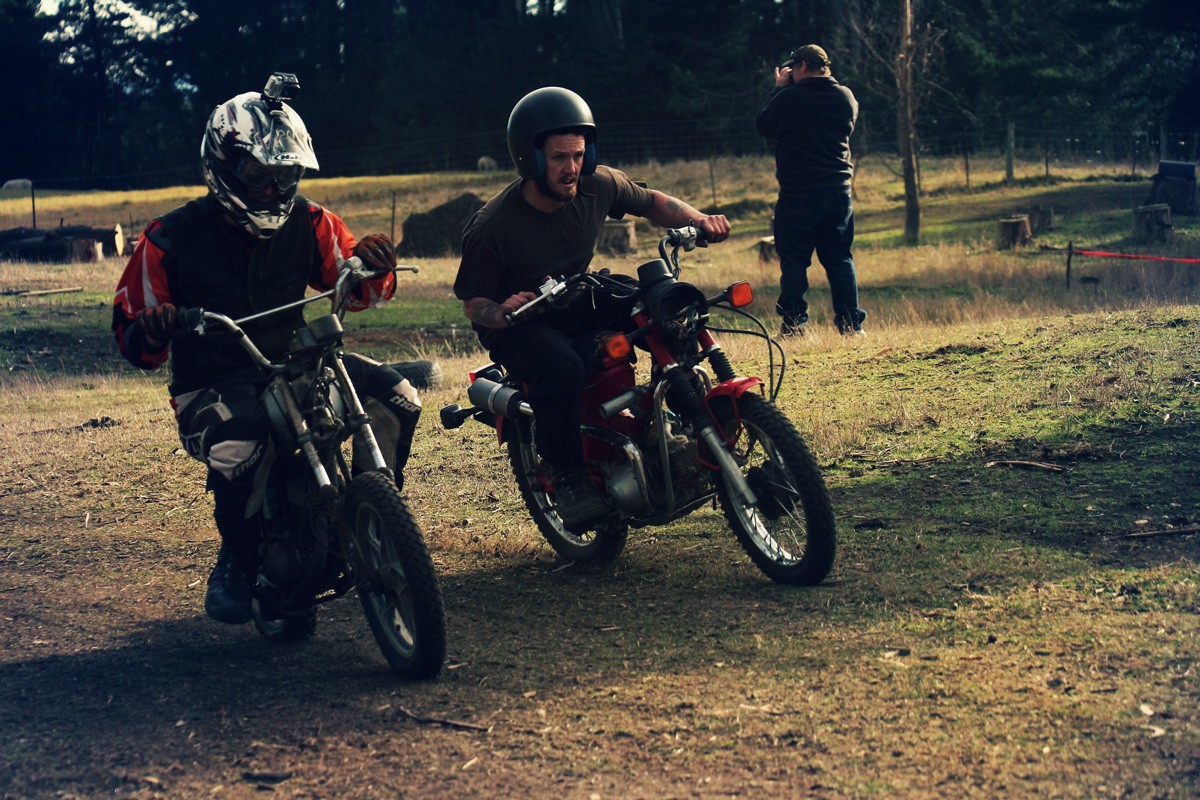 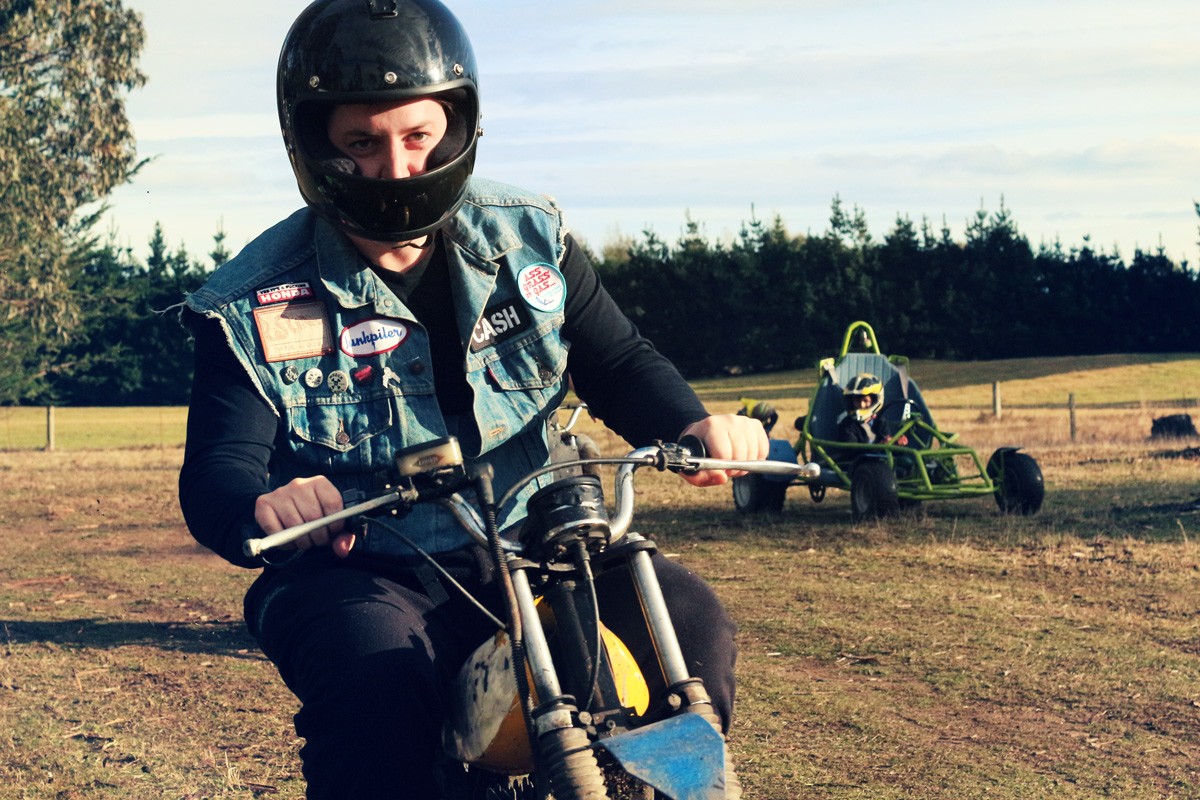 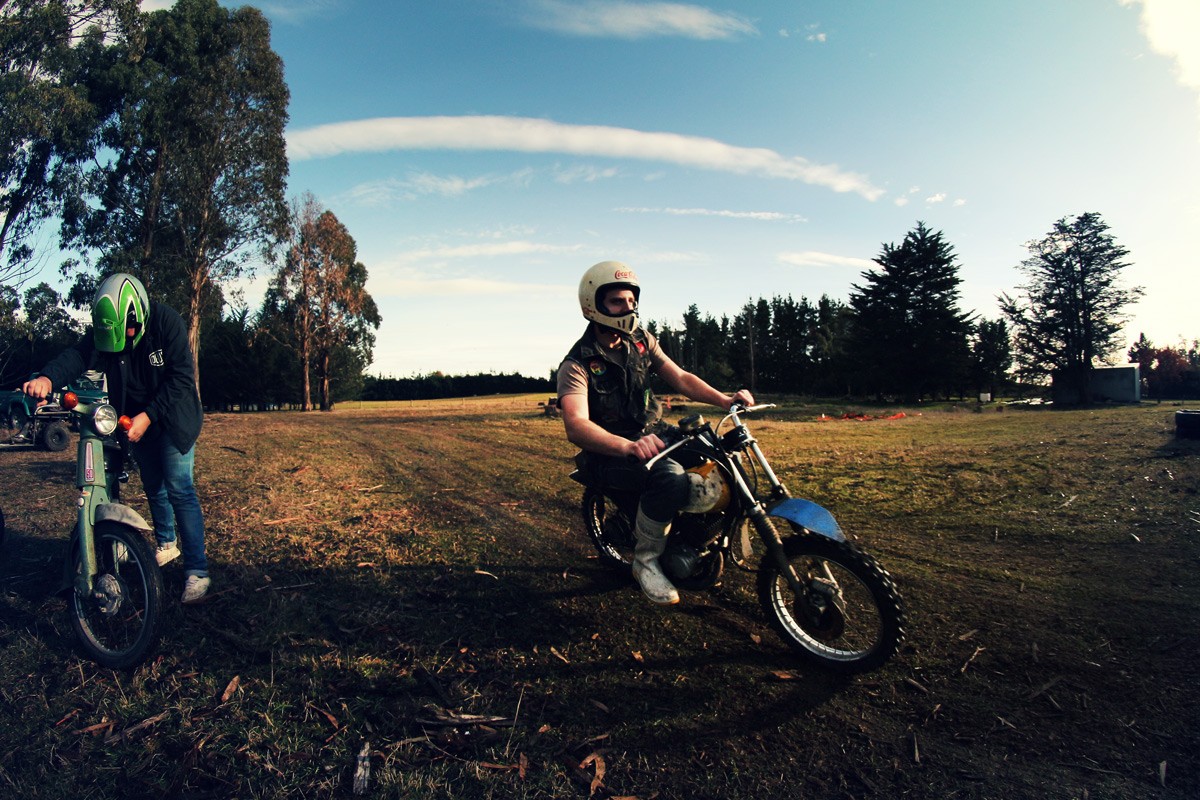