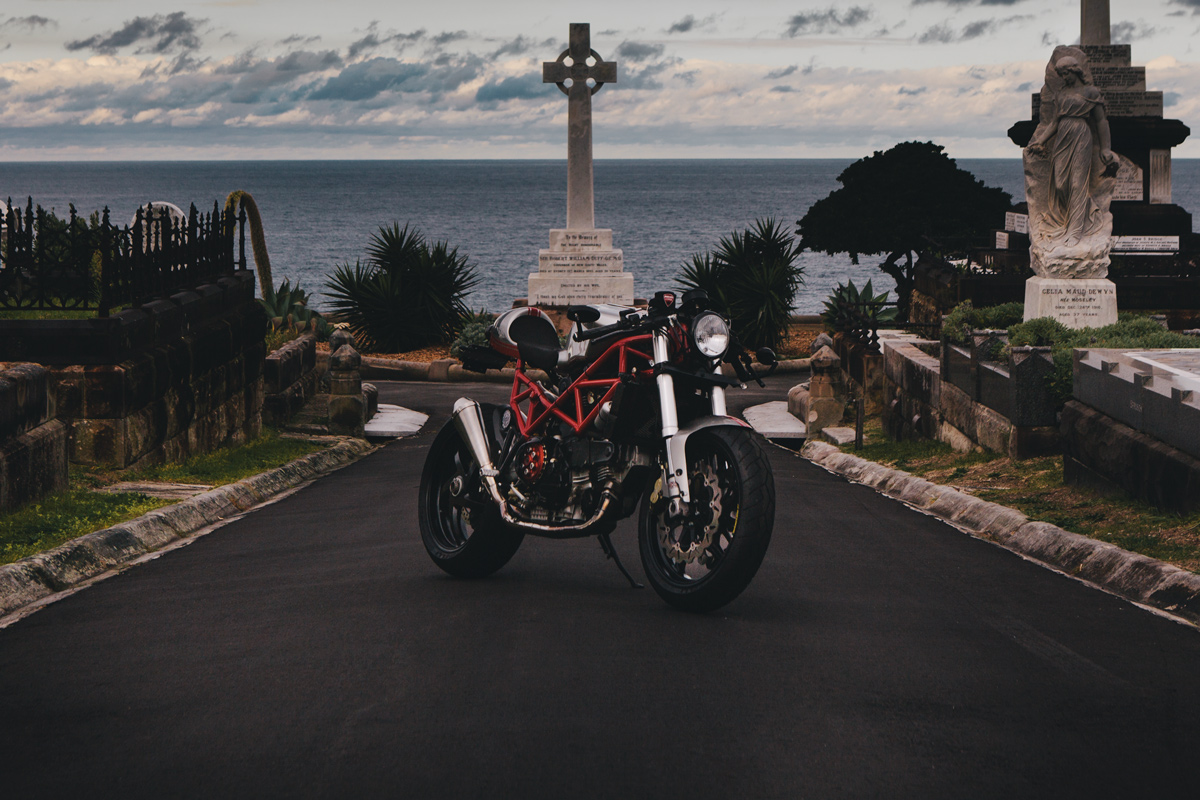 Superleggera is a modern take on the classic café racer. Starting life as a sports tourer, this bike received a major makeover from the guys at Shed-X. Anything superfluous was removed in true café racer tradition, but with modern styling and technology added to create the perfect two-wheeled Madonna. 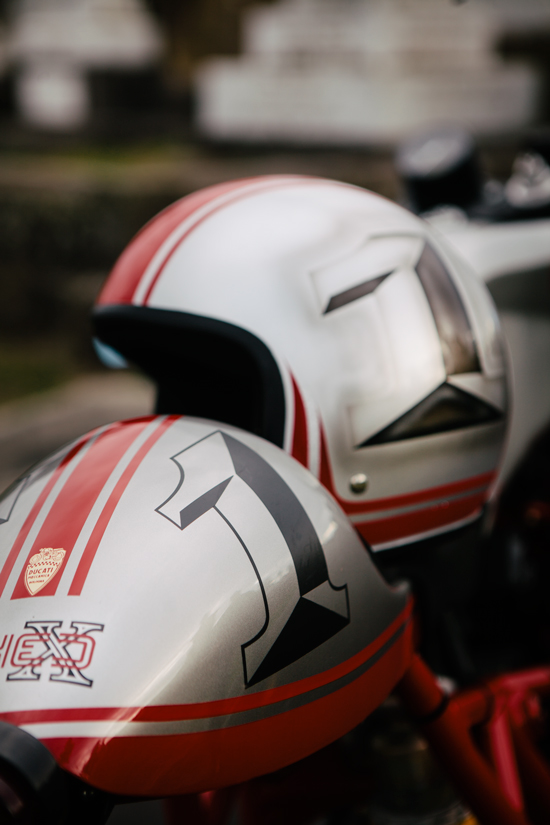 Ronnie’s first taste of two-wheeled fury came about as a young lad riding his mate’s PeeWee 50. “Let’s just say it didn’t end too well. I healed, but the bike didn’t. But from that day on, I wanted to ride again” and sure enough that day came when he was 20 and fresh on his learner’s permit. Now it was time to buy his first bike. The Kawasaki ZZR250 was Ronnie’s choice, “back in the 90’s we didn’t have much choice for learner legal bikes and customised LAMs bikes hadn’t really taken off yet” The weather was shithouse when he arrived at the showroom to pick up his bike, and despite warnings from the Salesman, Ronnie puckered up and rode his new steed all the way home. 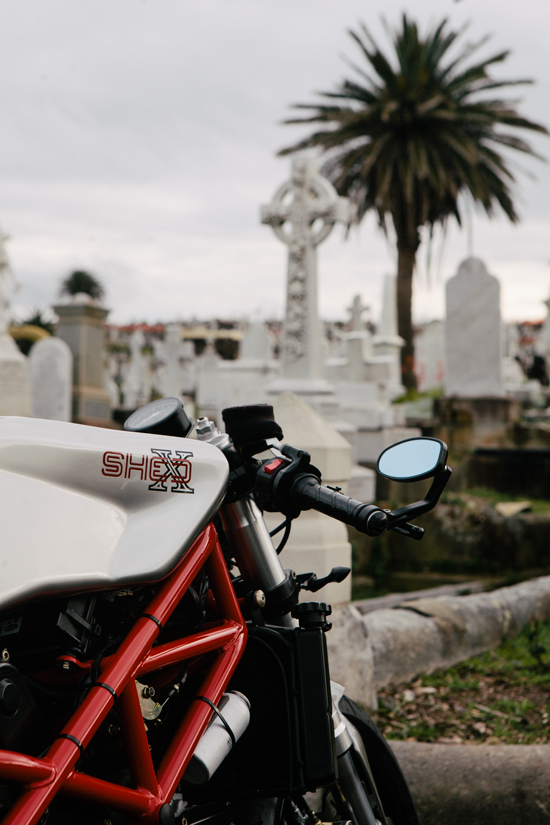 From then on there was a mix of other bikes, from sportsbikes to cruisers. “I had a GSXR750 for a couple years before I decided I wanted a cooler bike; and after watching Terminator 2 I decided it had to be a Fatboy. So I found myself a Fatboy in two-tone paint, spent my life savings on modifying it and rode it for 15 years. 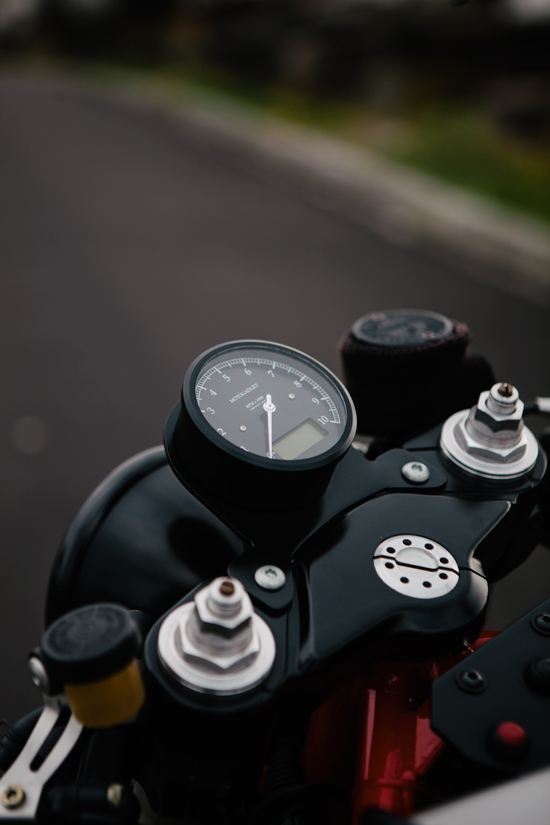 Fast forward to 2010. Life changed and due to circumstances out of my control I had to sell the Fatboy leaving me bikeless. I spent the next 2 years wandering the streets aimlessly staring at motorbikes. It was such a cold terrible time in my life. Every time I heard a Harley or Ducati I stopped and just stared like a crazed junkie… wanting my next fix.

I knew what I wanted though; a Ducati.” 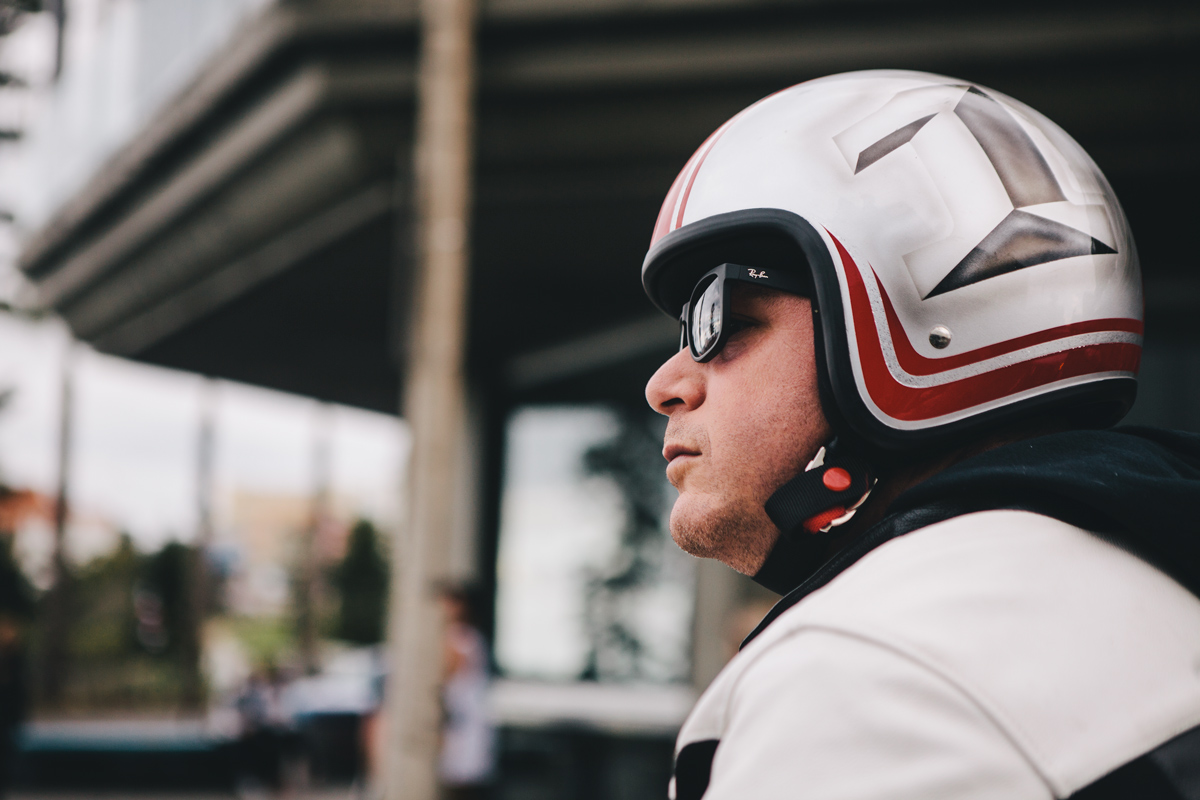 “I was introduced to Neil and Jim at Shed-X by my old mate and work partner Anthony who owned Shed-X’s first bike El Bastardo. I was gob-smacked by its beauty and the sound! Anthony ever so nicely said to go take Superleggera for a ride. It’s a stripped down and heavily modified Ducati St2. Week after week he kept reminding me to take it for a test ride.

After seeing it on display at Throttle Roll 2012 I had to go and test ride it. Half an hour later she was mine. Bought not built and I couldn’t care less! She’s perfect. She’s a multi award-winning bike. I have had it in 6 bike shows in 2 years and taken out first place 5 times and 1 second place trophy.” 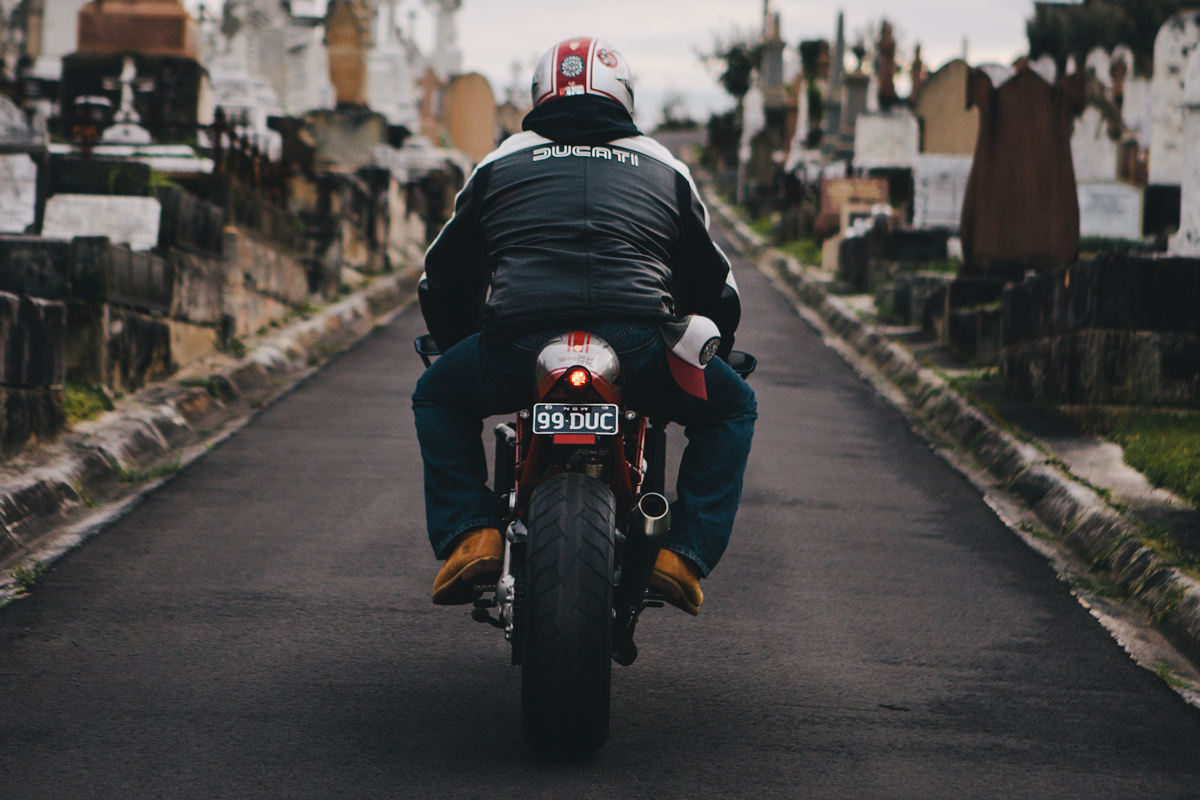 “The things I love most about riding all of these bikes are simple; mates and freedom. I truly love Riding with my mates from Sydney Cafe Racers and Sydney Ducatista. From the Causal Thursday night ride to laps of the National park or Old Pacific Highway. As long as I’m with my mates riding I’m happy.”

The work that went down on this bike is huge. Jim and Neil at Shed-X are two mates that have been building some of the best custom Ducati motorbikes around, combining creativity with perfection. The best parts and craftsmanship goes into their bikes and the quality is made apparent as soon as these bikes are either heard or seen. 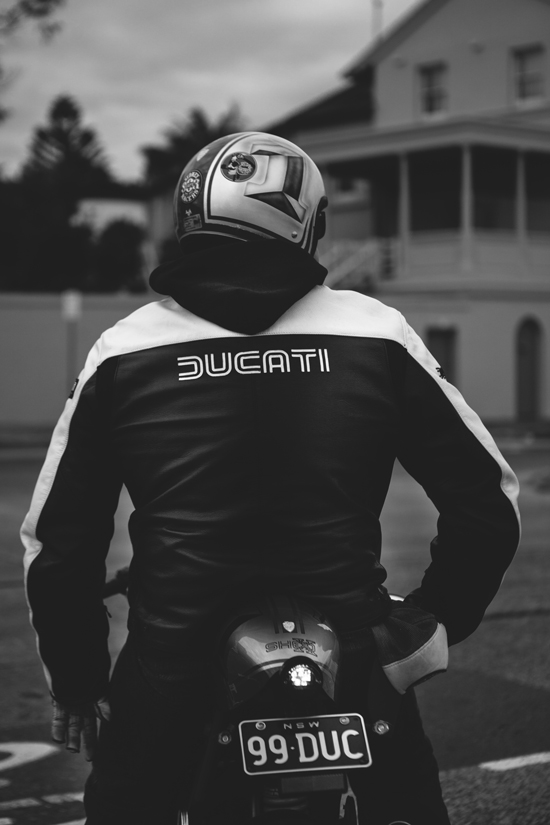 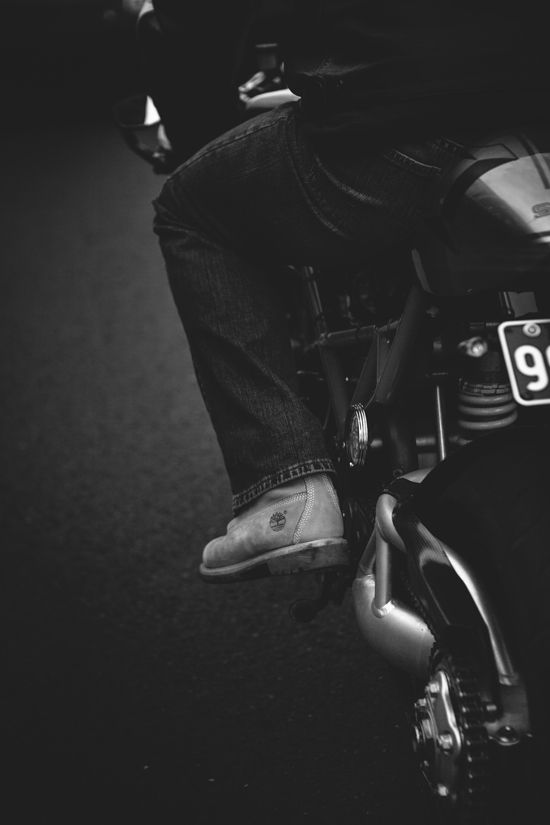 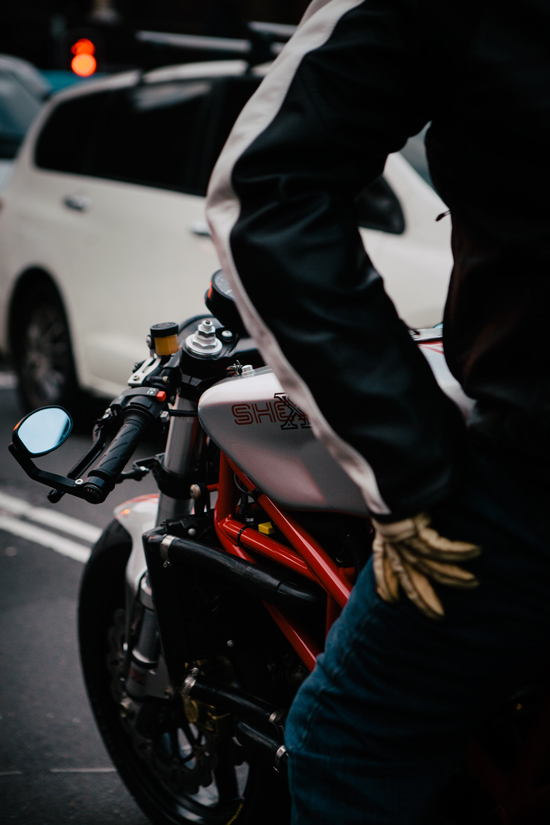 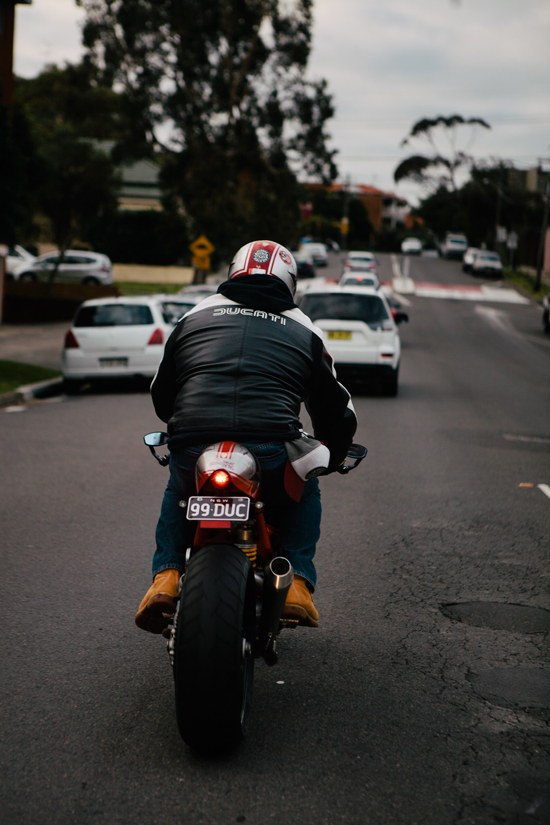 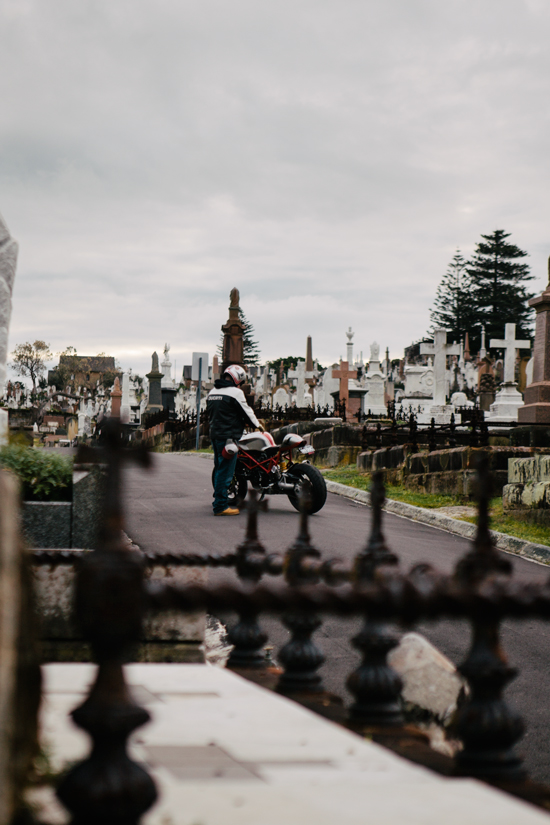 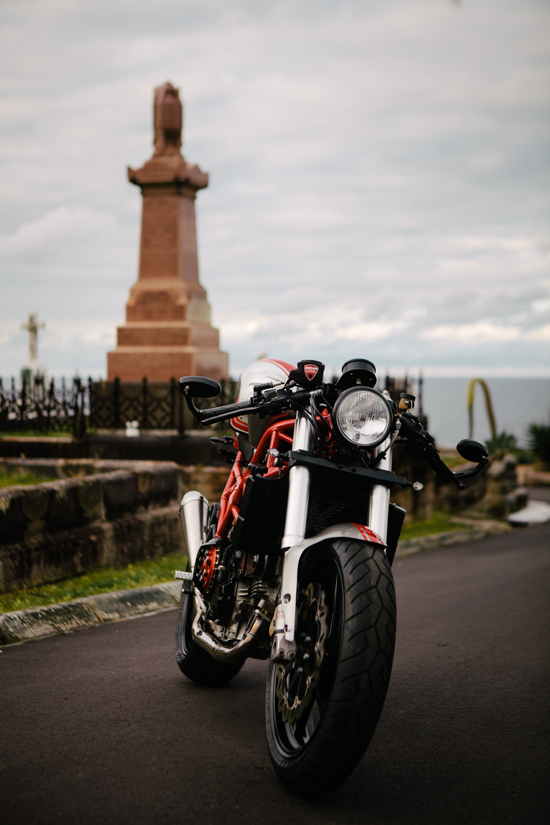 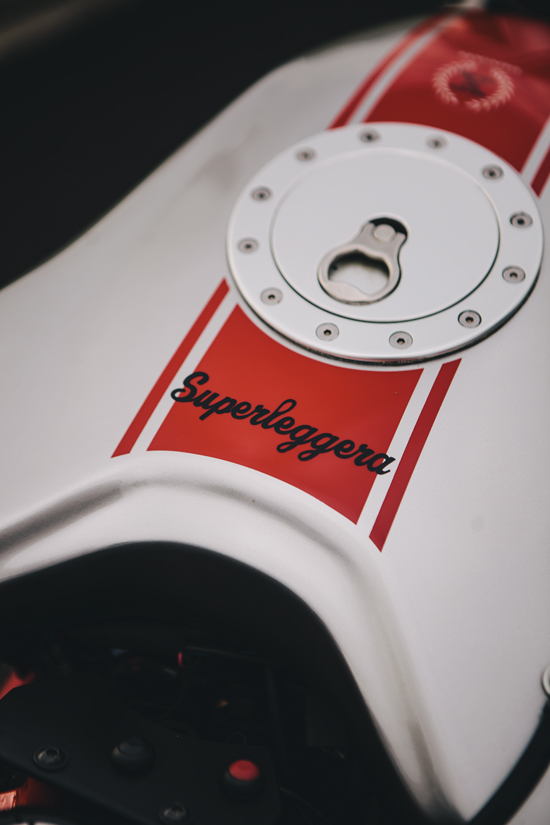 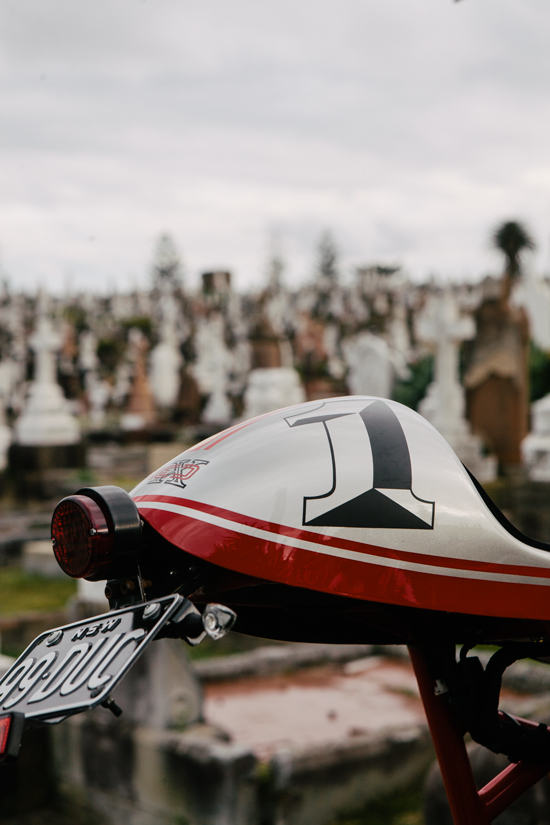 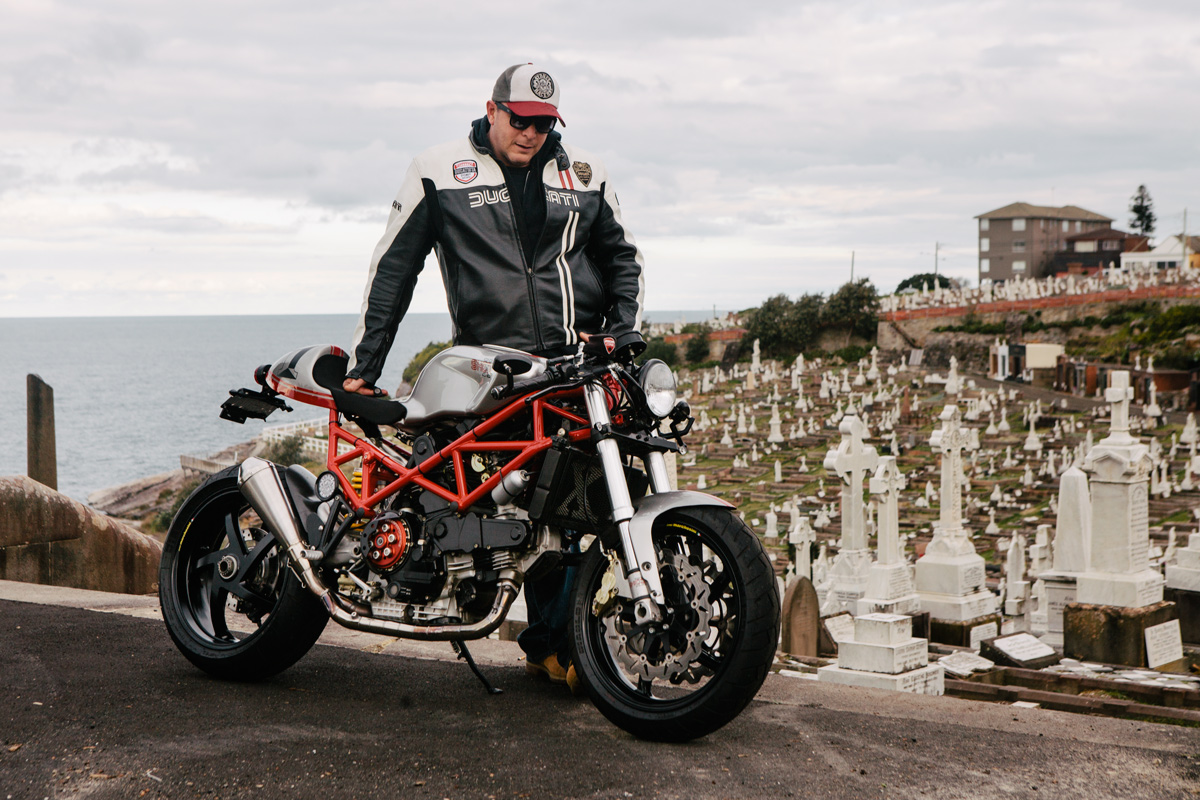 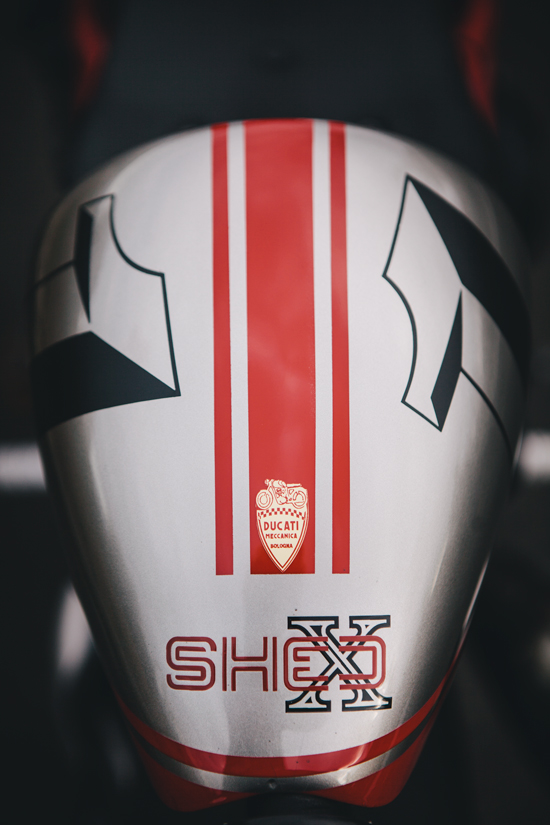 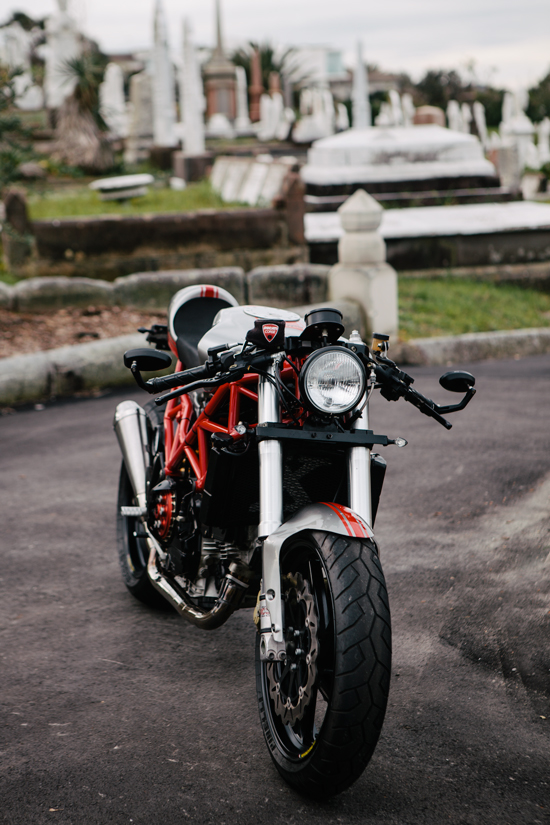 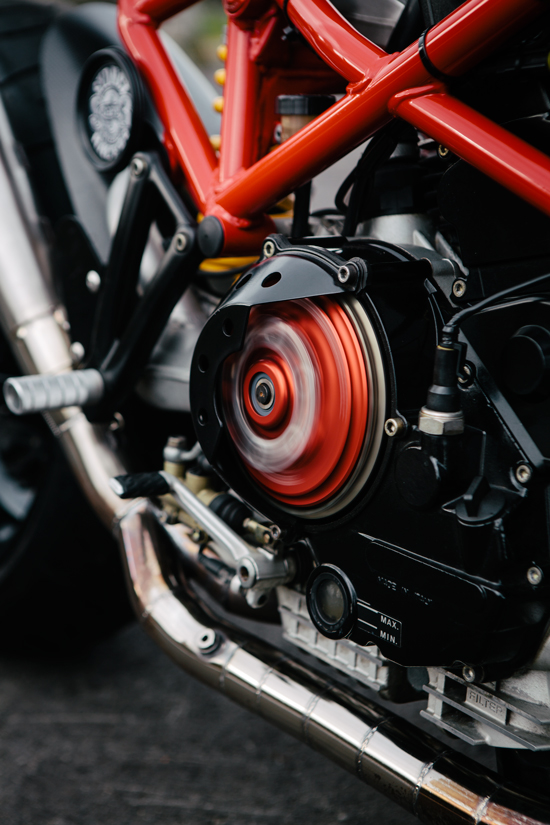 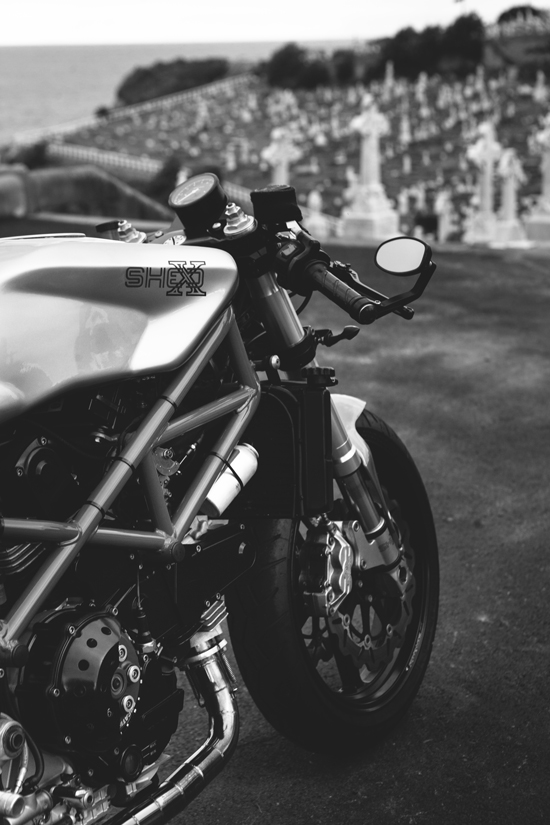