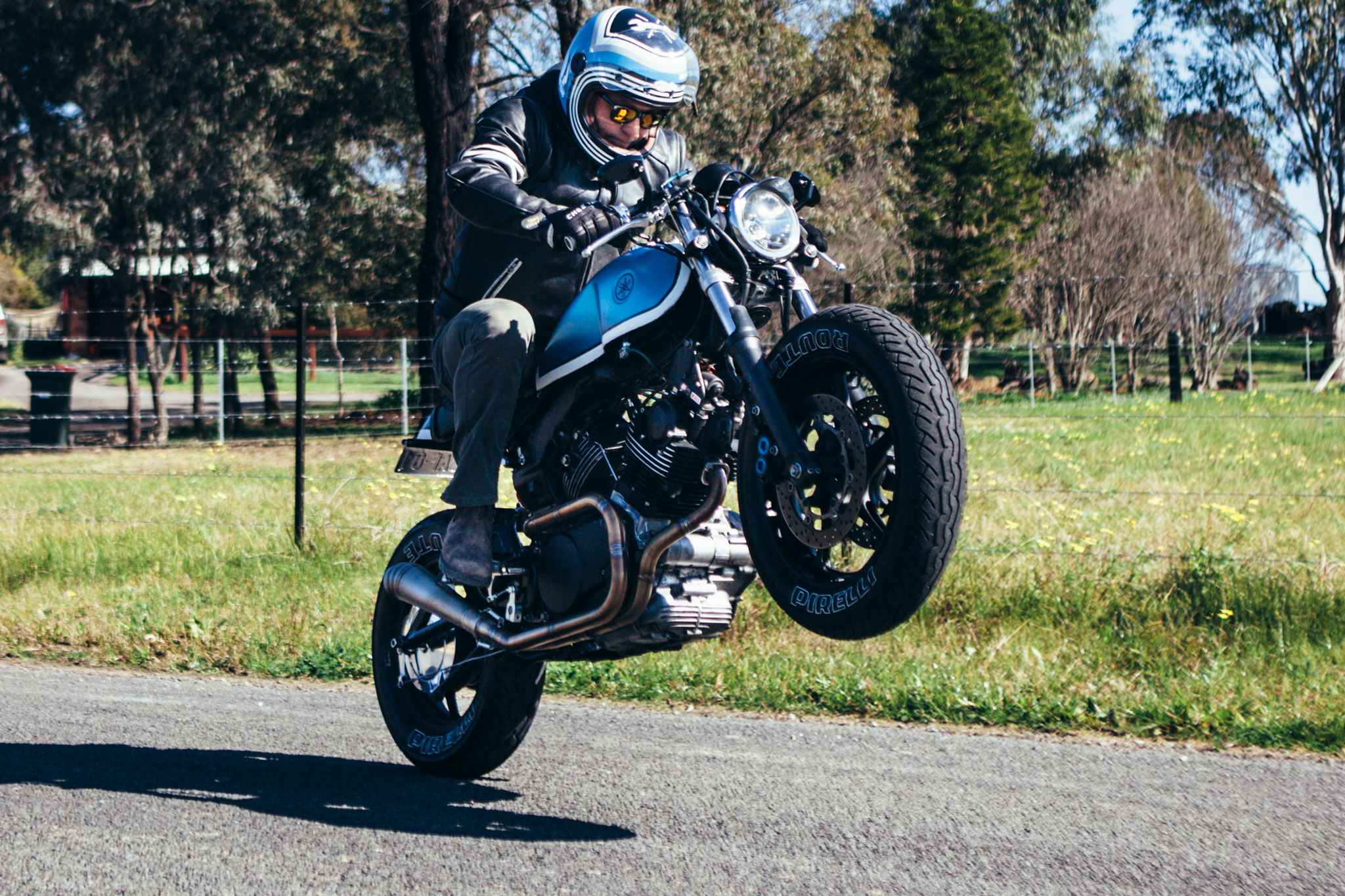 You may remember Grant from a previous post of ours when we visited him in his garage. Well, we had enough people asking about the blue XV750 Café Racer that we figured it would be rude not to show you more. Introducing, Sweet Torque… 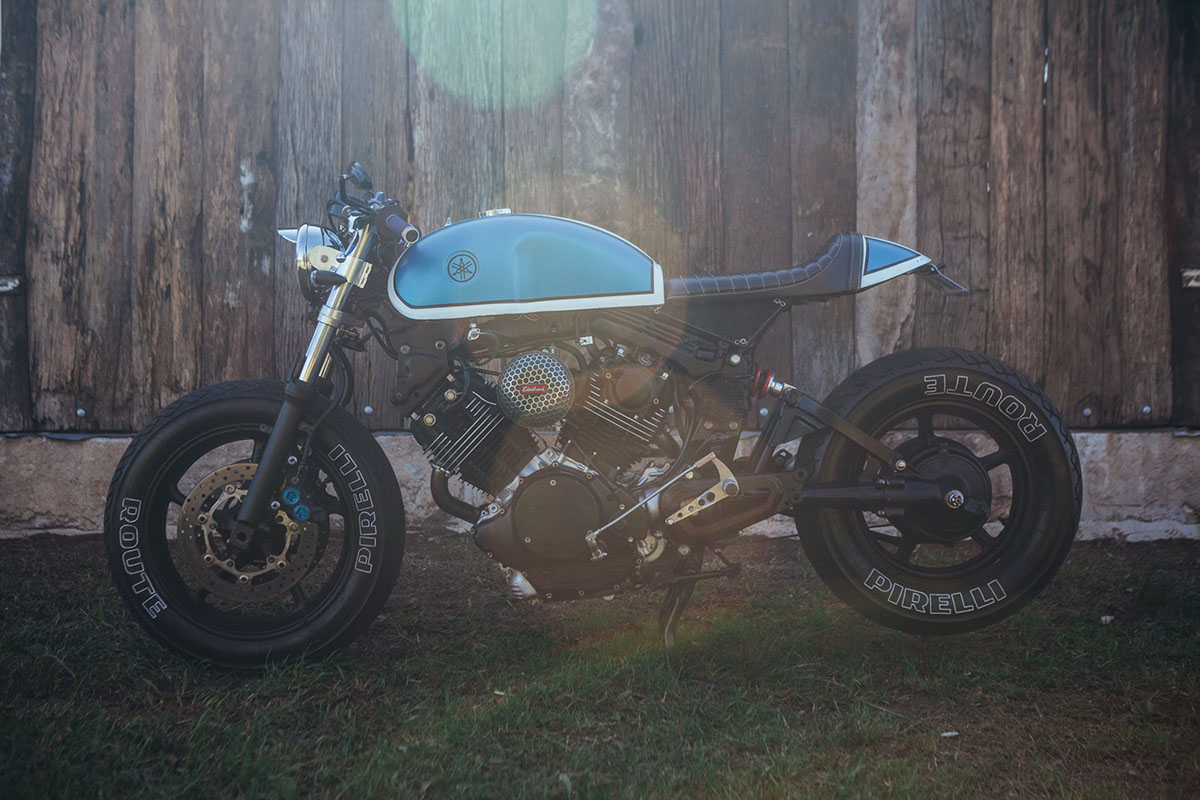 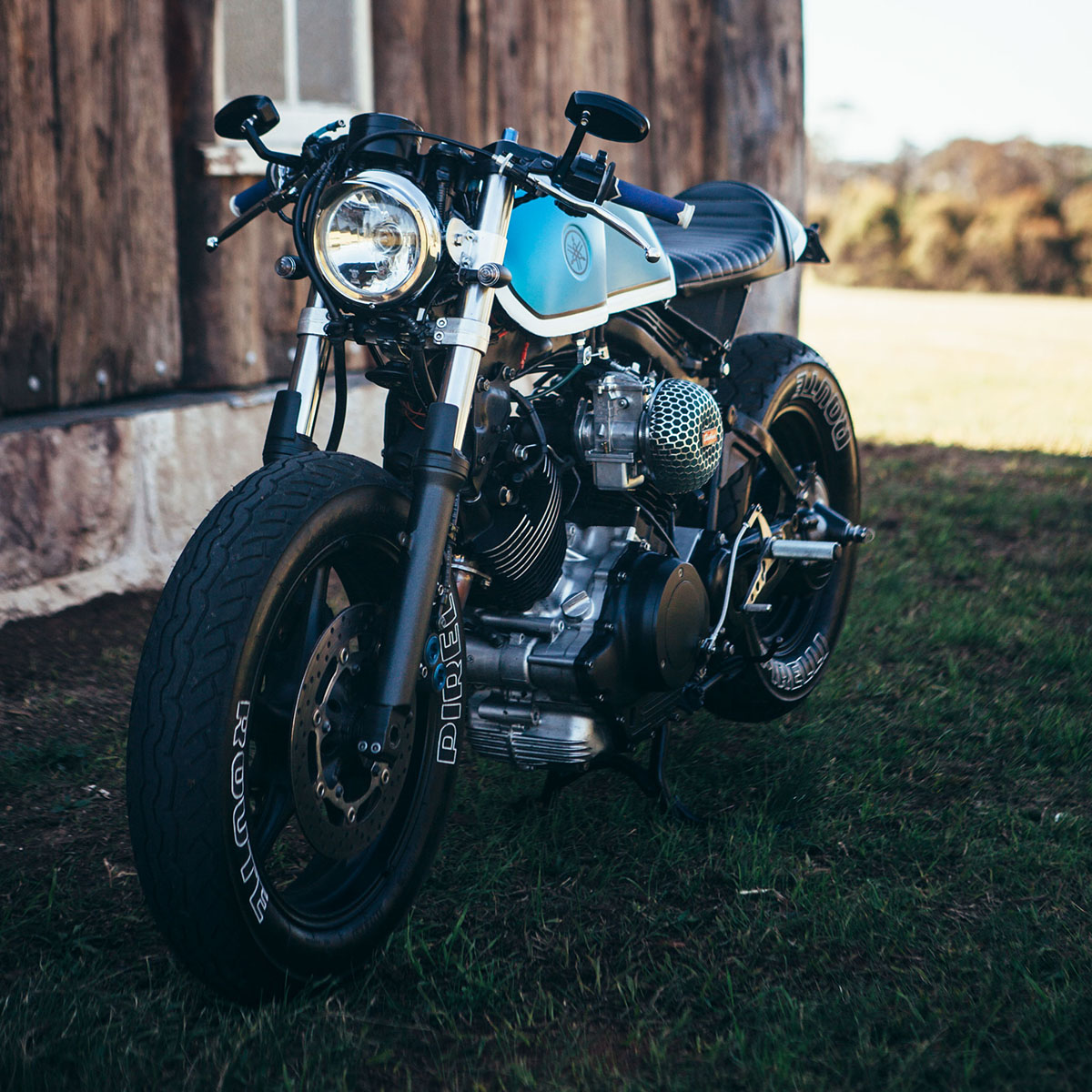 At the tender age of 10, Grant started mucking about on dirt bikes, a similar story to many of us. Once he grew up a bit and had a family however, Grant went back to road trail bikes. Part for commuting, but also recreation. 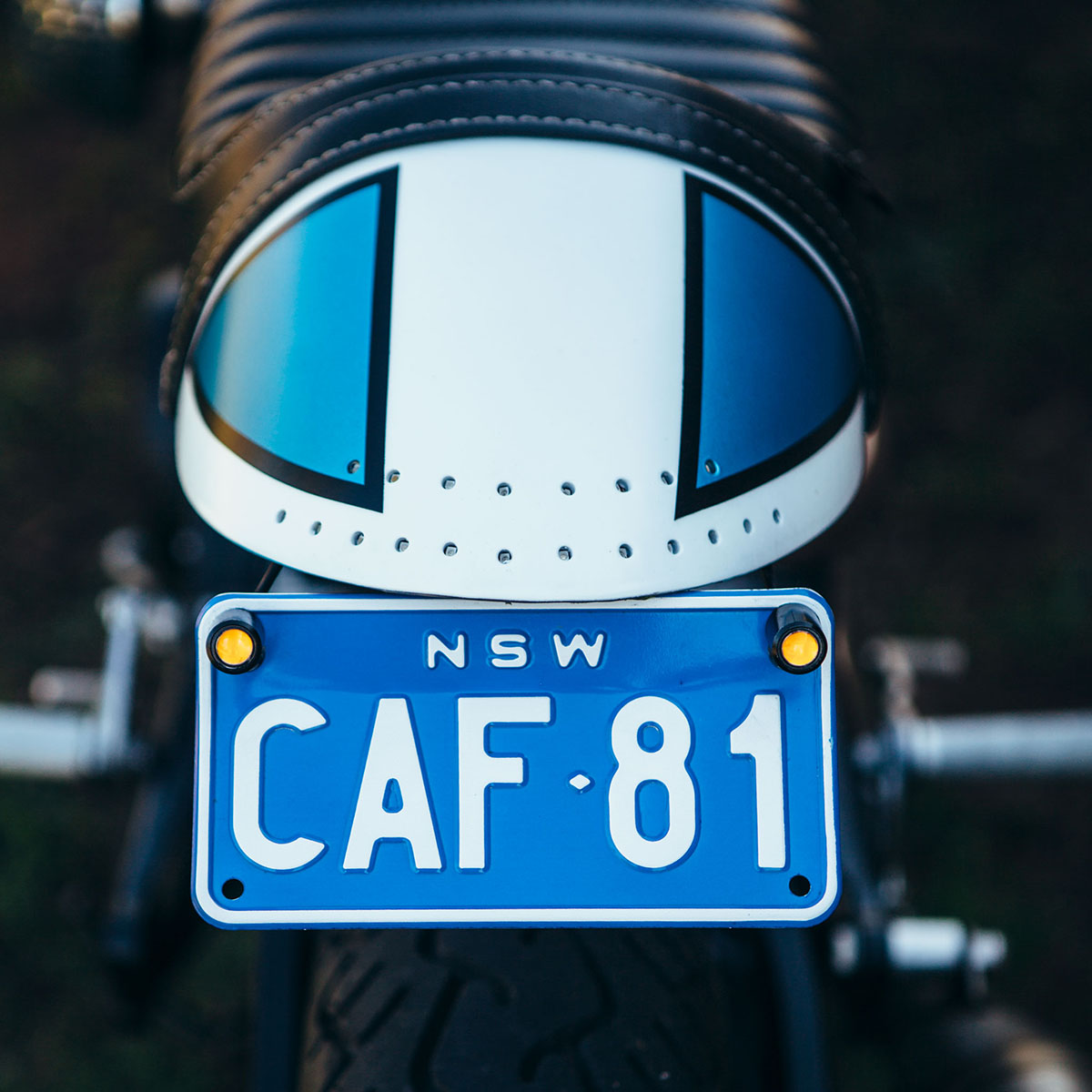 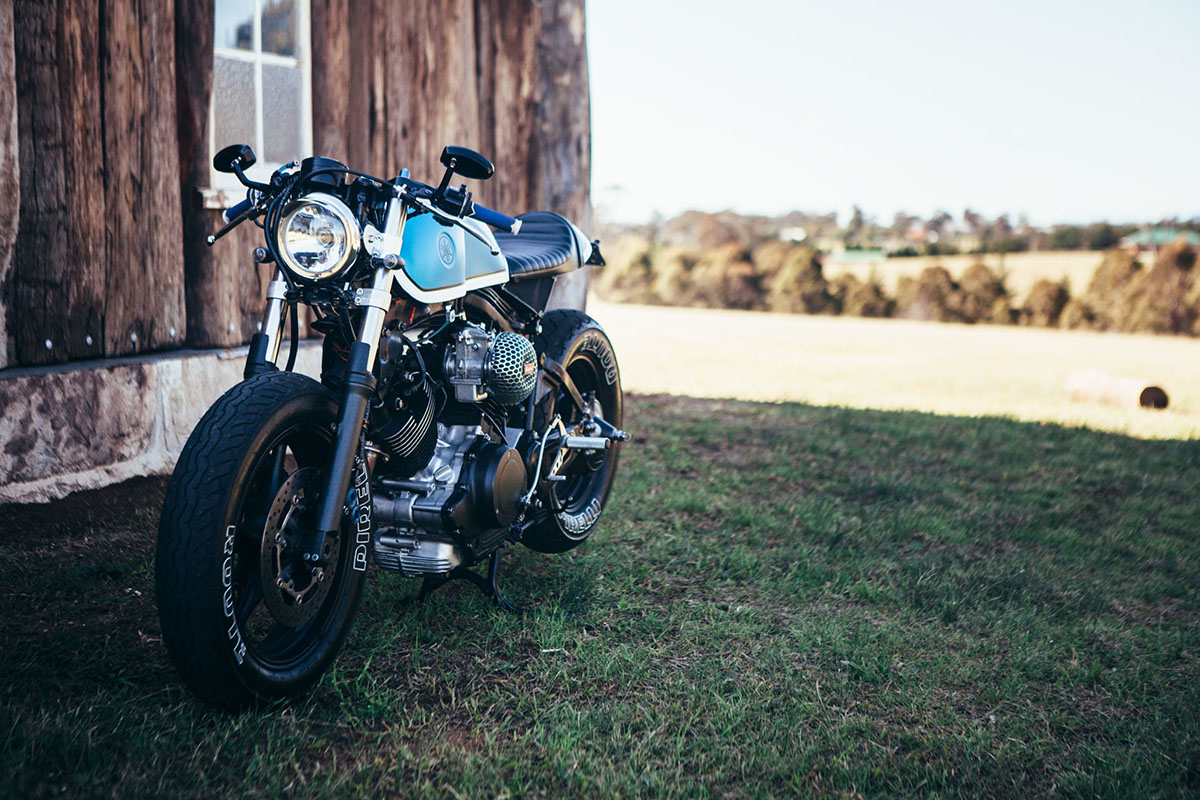 One fateful day, a simple crossing of paths with a Triumph Thruxton was all that was needed to drag Grant deep into the Café Racer scene. “I loved the bike and after reading up on the culture of Café Racers I can’t get enough of the builds being turned out by professional and backyard builders. From the Ace Café to the style of the bikes to the backyard modifications; I love it all. I am in awe of some of the builds carried out by people in their garages.” 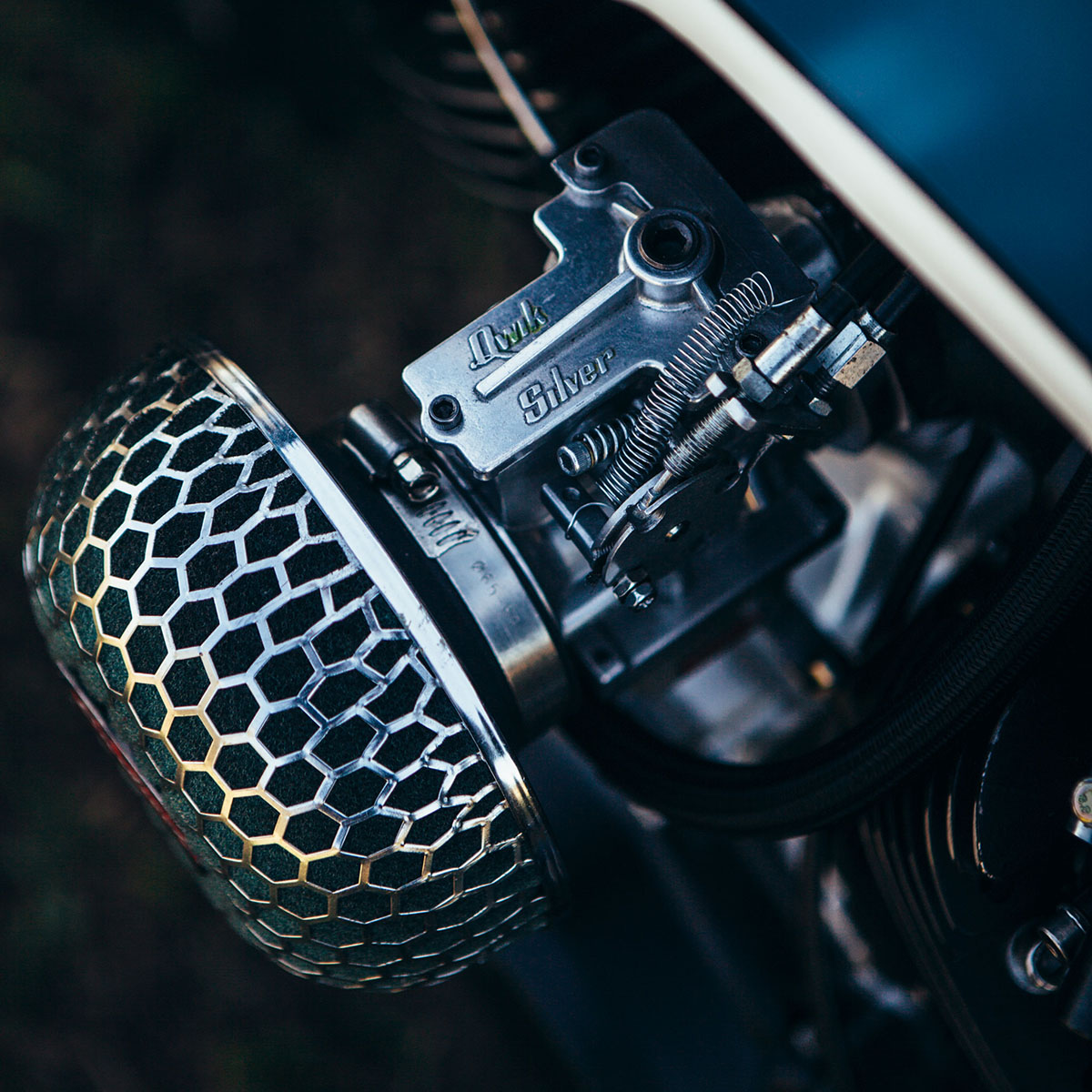 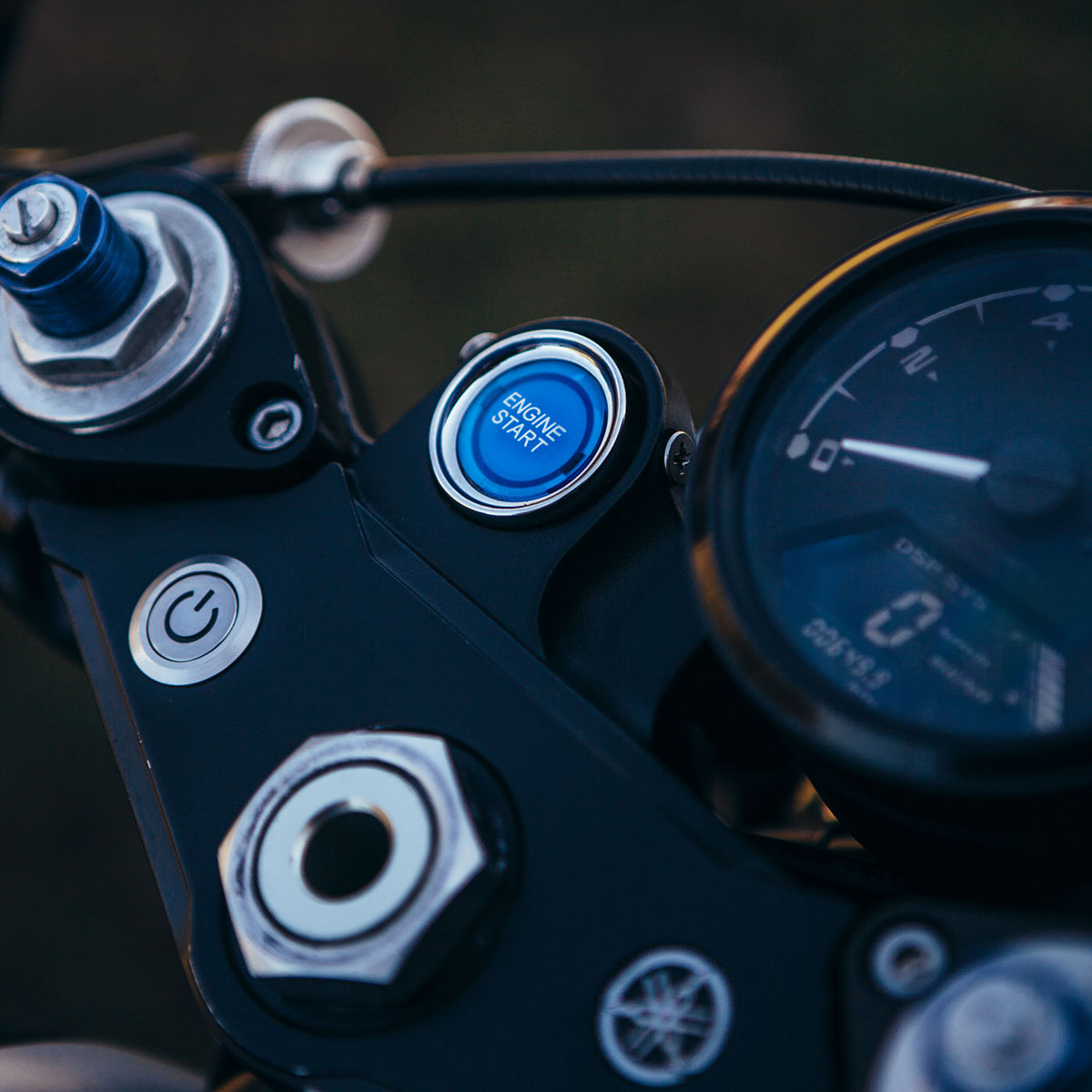 “Now I find myself totally immersed in the Café and modified bike scene. I love all the usual suspects when it comes to riding bikes, the sense of freedom, the riding with a couple of mates on a sunny Sunday or alike but I’m finding, being new to the modified bike culture, I’m really digging the social side of it, something I haven’t really experienced in my motorcycling past, at least not to this extent.” 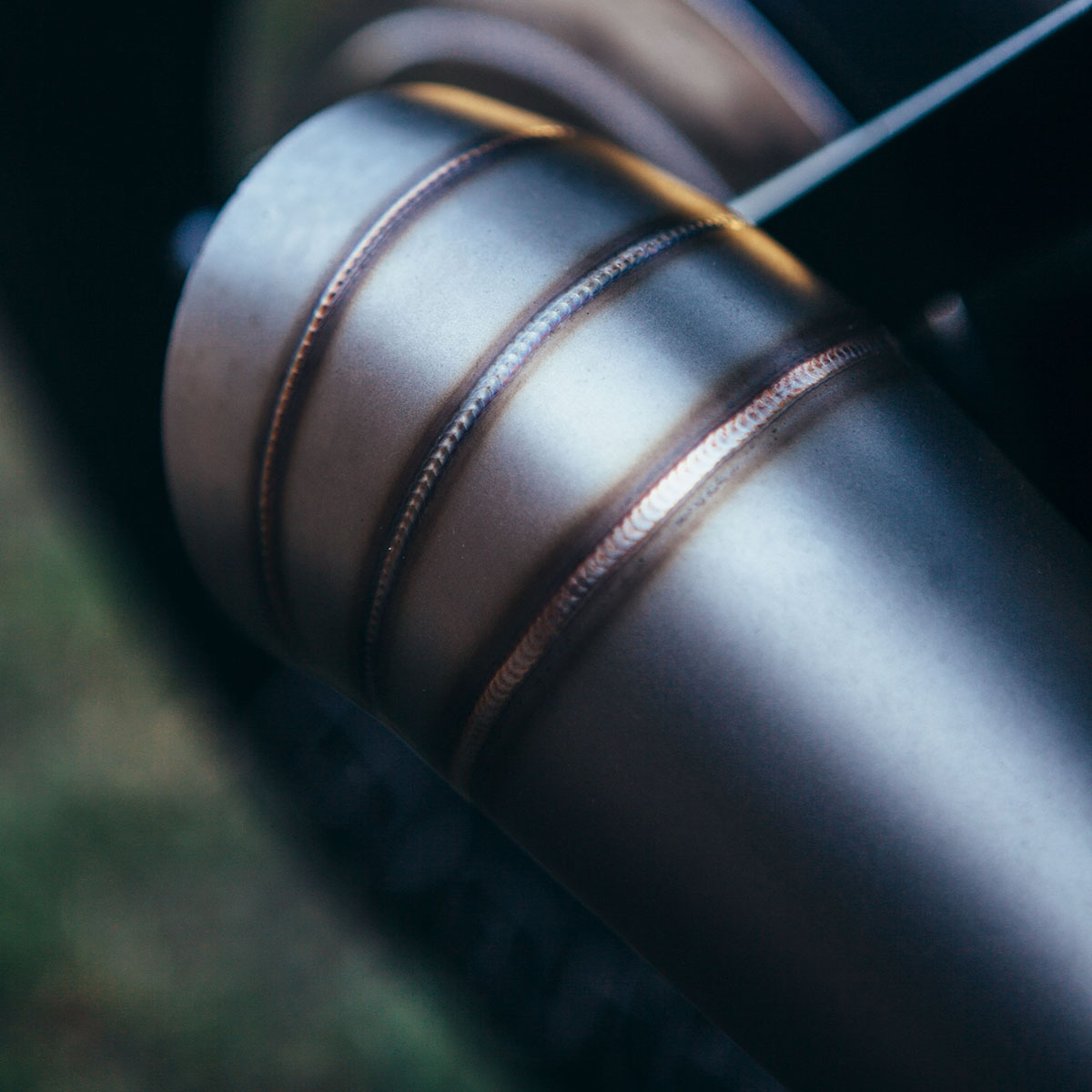 8 years ago Grant was working as a horticulturalist and landscaper at Sydney Olympic Park. At his age most would settle for what they know and are good at… but sometimes in life there comes the urge to throw in the past and start anew. It helps if you have someone there to support you. Grant’s ‘someone’ was his wife, an amazing woman who backed him completely and helped convince him to take a leap towards something he always wanted to do. Grant applied for a position with Sydney Ferries. If successful it was to be a means by which he could achieve his dream of working on the water. If there were ever any doubts as to the quality of his application Grant needn’t have worried… he now had a new occupation, a dream job in a picturesque location. 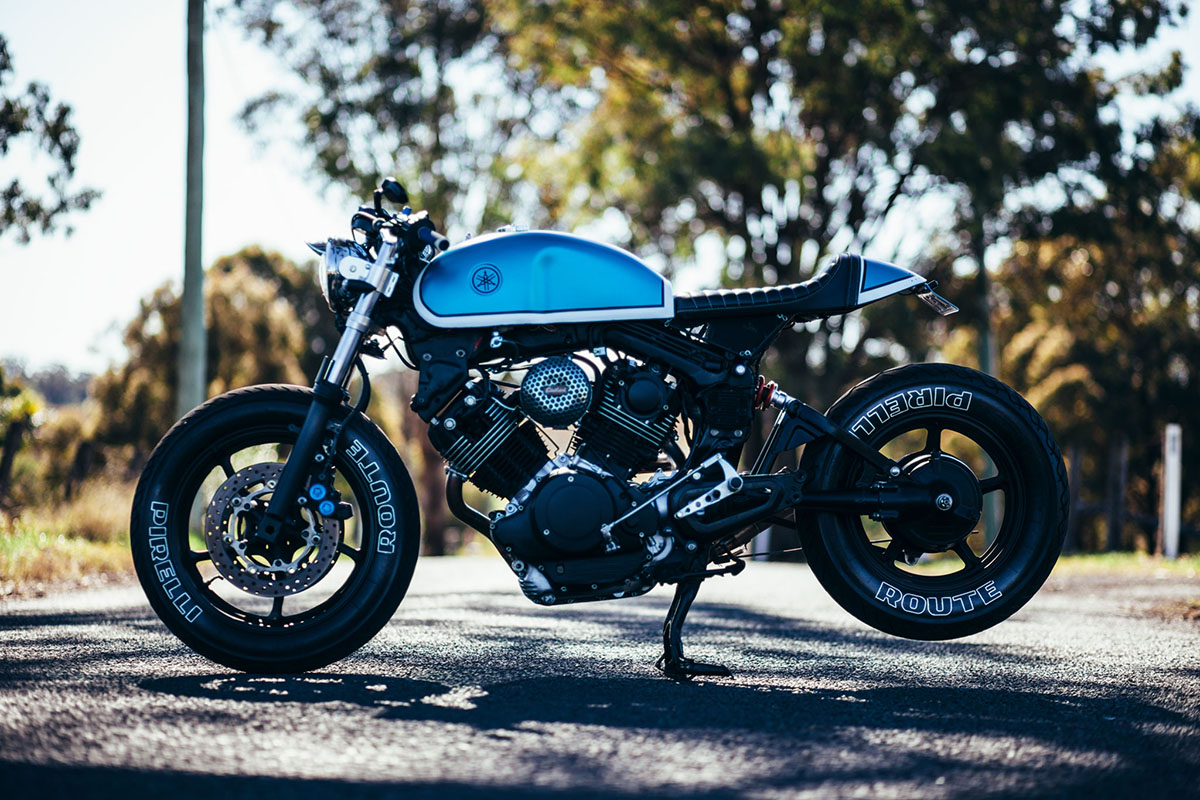 “Since then I have completed a marine engineering certificate and shamelessly say I have one of the best jobs there is. I have held positions such as groundsman at several Sydney Grade cricket ovals, Head Groundsman of a NRL stadium but nothing compares to the beauty of working on Sydney Harbour.” 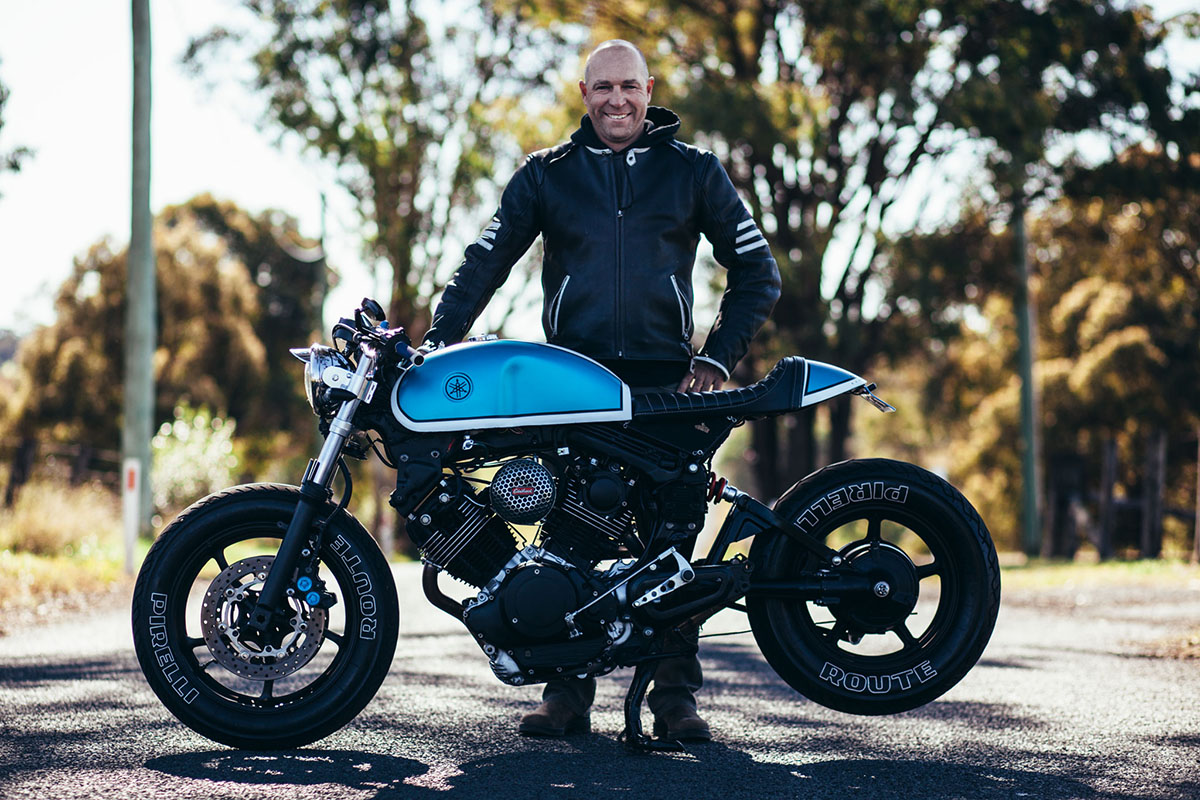 It’s the serenity of being on the water, the peace of loving what he does that gives Grant the patience and clarity that characterises him. These traits help him overcome the difficulties that can arise when working on a build.

Being a massive fan of Greg Hageman’s (AKA Doc Chops) work with Yamaha V-Twins, working on one himself was always going to happen. After recently being given a Benelli Mojave tank and then having a mate offer a busted up, half bobbed XV750, it was a no brainer what was about to be built. 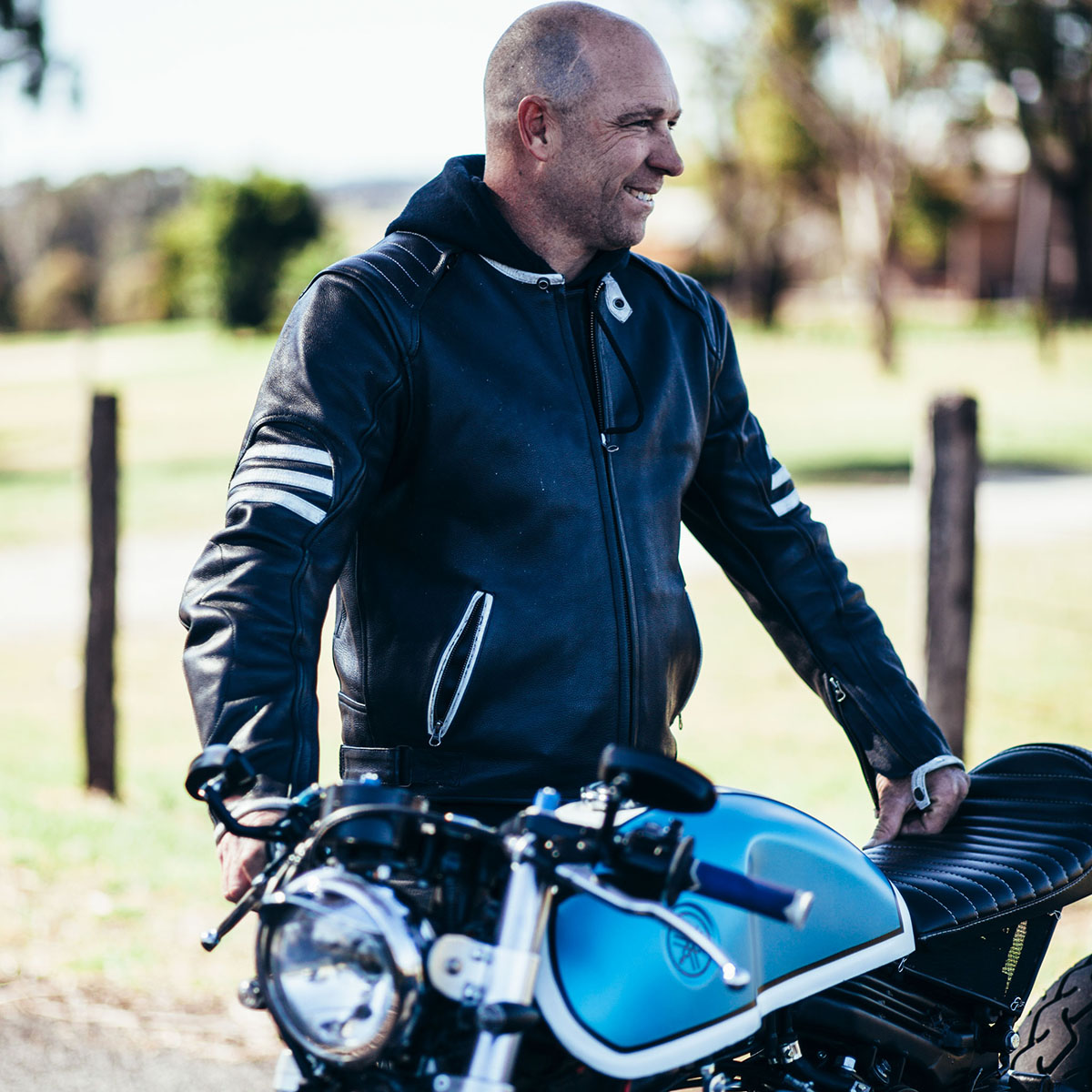 “I guess when using another builder’s ideas for your own build; you try to put your own stamp of individuality on it. Running the Edelbrock was a big part of that, I wanted this to be a major feature on the build. After experimenting with different manifold set ups, throttle linkage setups, locations and finally going with a set of homemade floats, I’m over the moon with the way it sits on the bike. I wanted to use a retro scheme with a modern blue colour, my mate saw this Matte Metallic Blue on a Mercedes car and I knew it would work instantly.

The finish of the build is what I had in my minds-eye, which doesn’t happen very often but this bike is a tried and proven set up with the Benelli tank.” 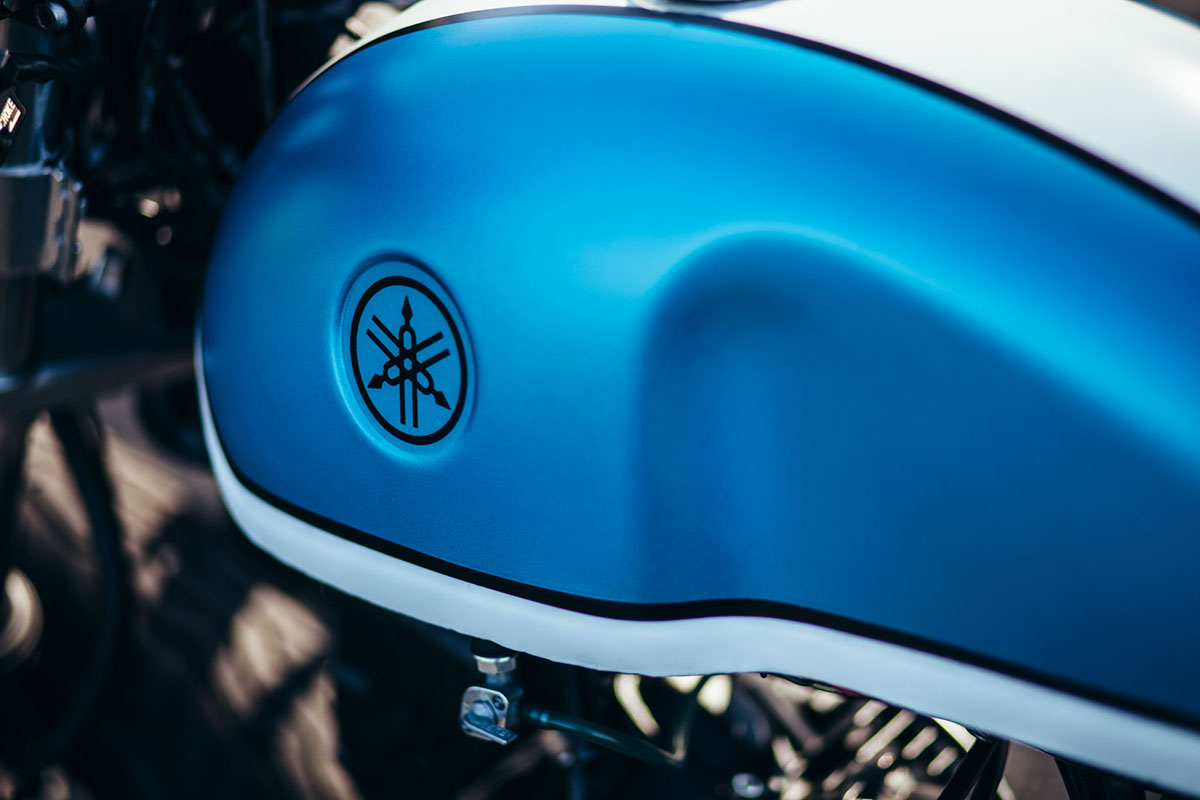 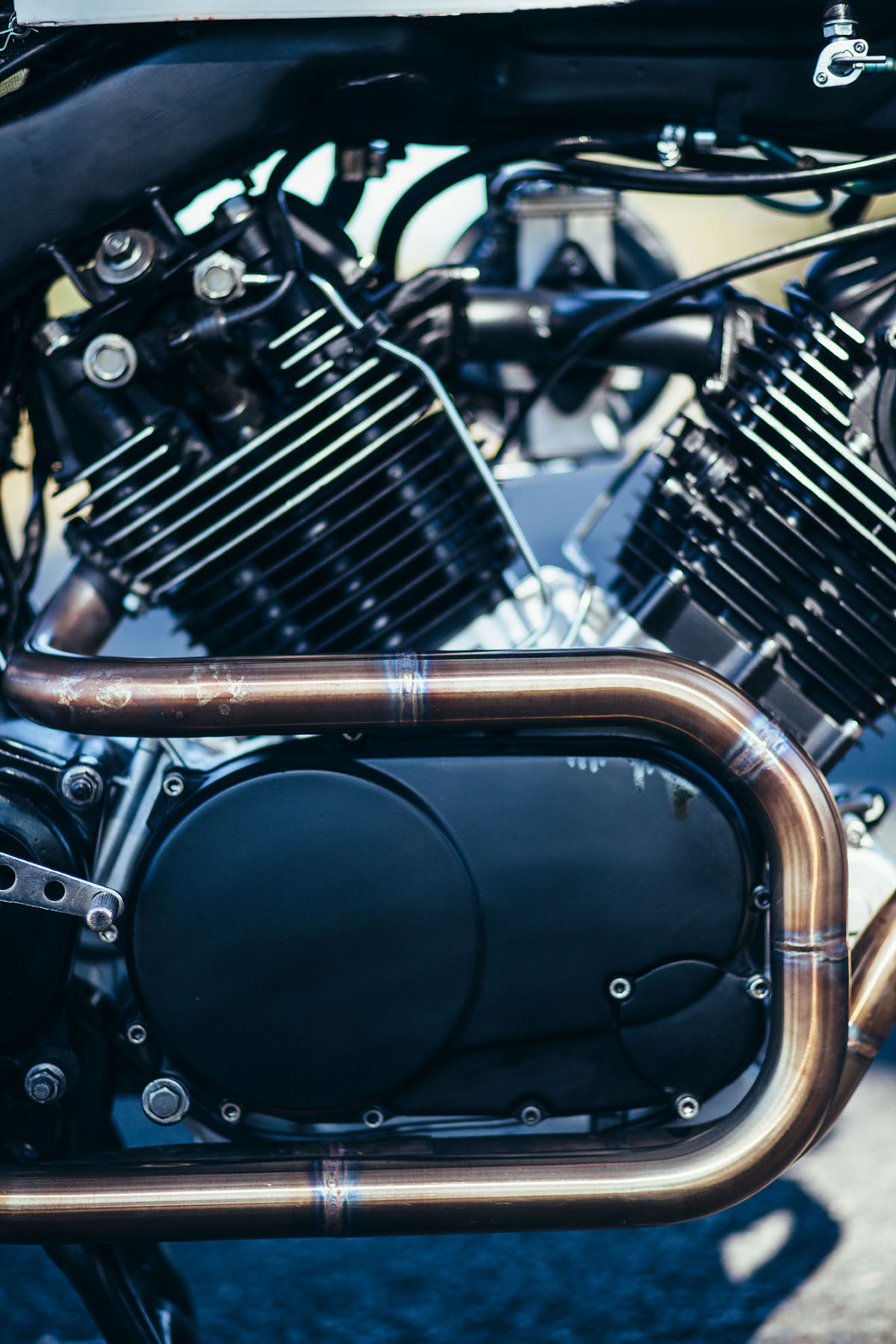 “It sounds so simple but with the bike basically built around the perfect bottom line that the Benelli tank possesses, it seemed to take forever to get it right.” 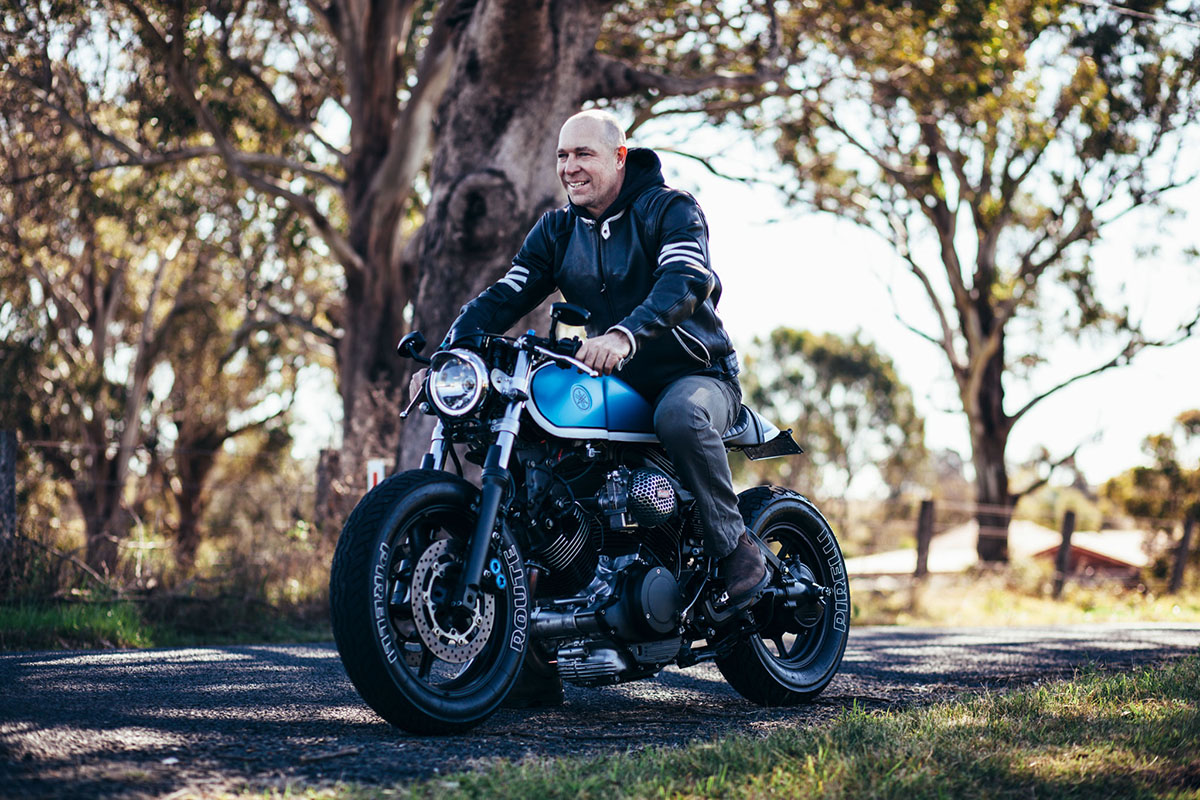 The mounting of this tank would prove to be the trickiest part of the build. Not the fabbing up of brackets and mounts on both frame and tank, and then coming up with a successful mounting option; but finding the correct height.

“Too high and the engine looked detached from bike, the seat line was horrible and the R6 front end looked out of place. Too low and the bike lost its aggressive ‘shoulders hunched’ stance the bars looked awkward on the bike. So after settling on the height I welded a blank into the open void at rear of the tank and blended it into the seat and frame. The rest was just a matter of keeping the profile of the headlight, clocks etc consistent with tank location.” 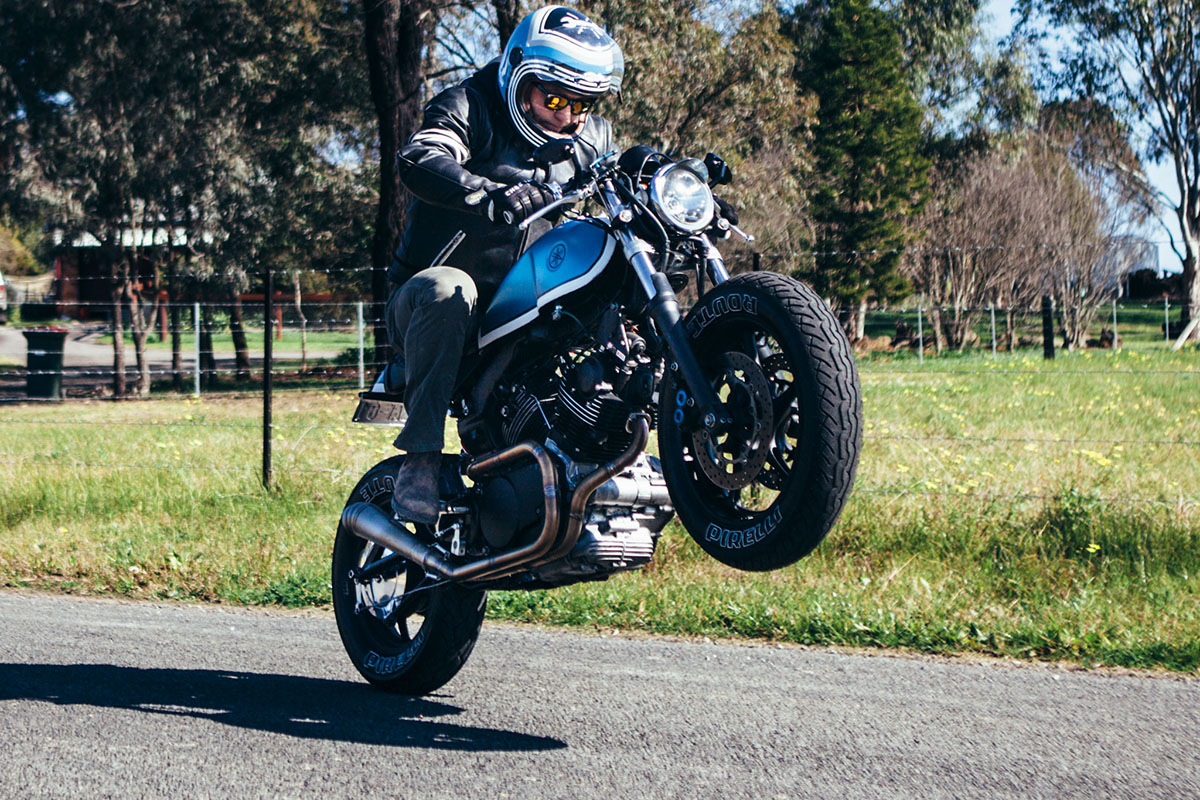 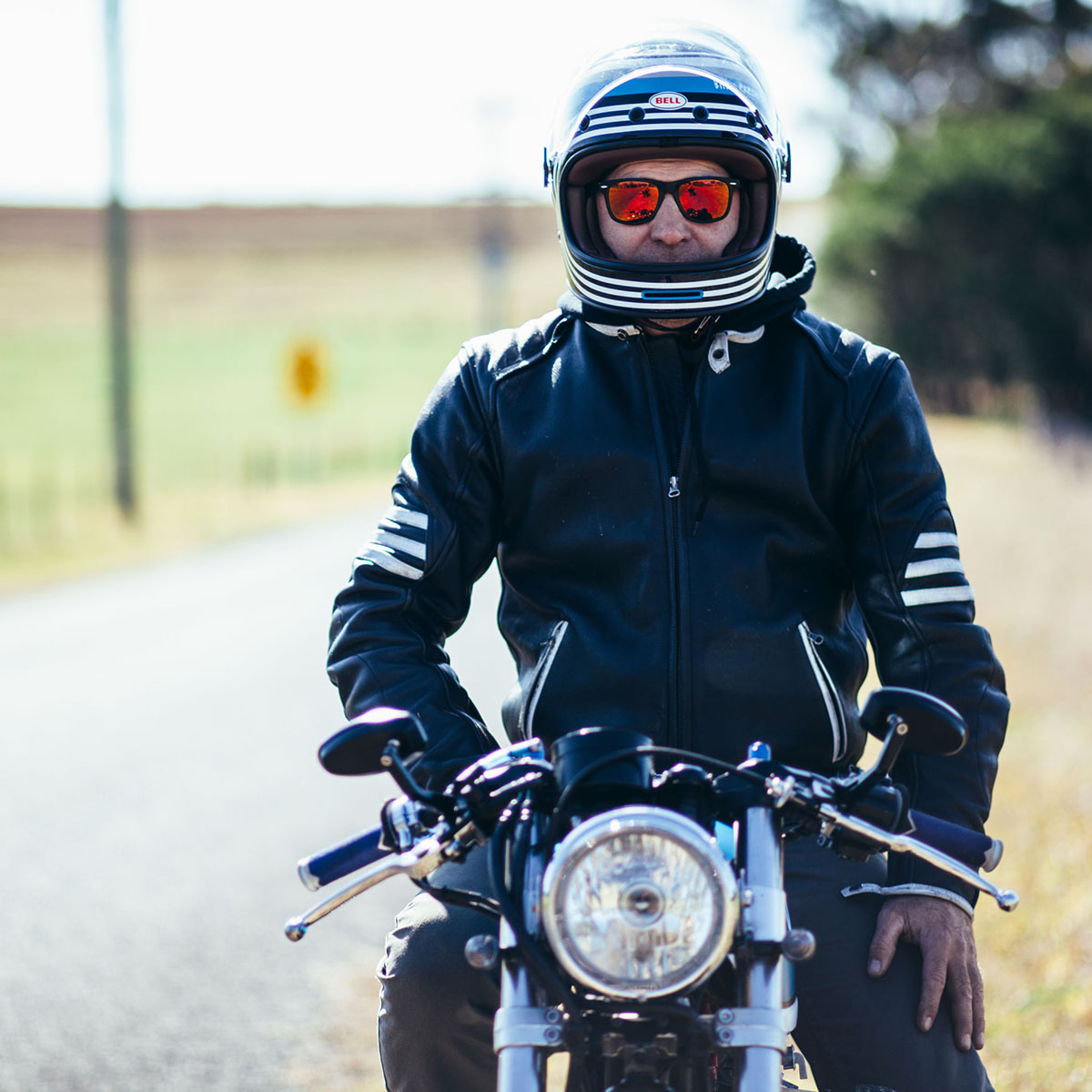 Enough about the tricky bits, what about the favourites on this build?

“It’s a close call between the Carb setup and the exhaust. Once the dual carbs were removed there was a massive void and the whole right hand side of the bike looked pretty bland. I knew what I wanted and I knew the exhaust had to be a feature, so I took it along to DNA Customs. What Darren made up was exactly what I wanted and he somehow managed to keep all the perfect lines on bike in the process.

But the way the Carb and air filter perform and look on the bike I’m glad I stuck with it. I nearly gave up a few times getting it to work right but it is probably the main talking point of the bike.” 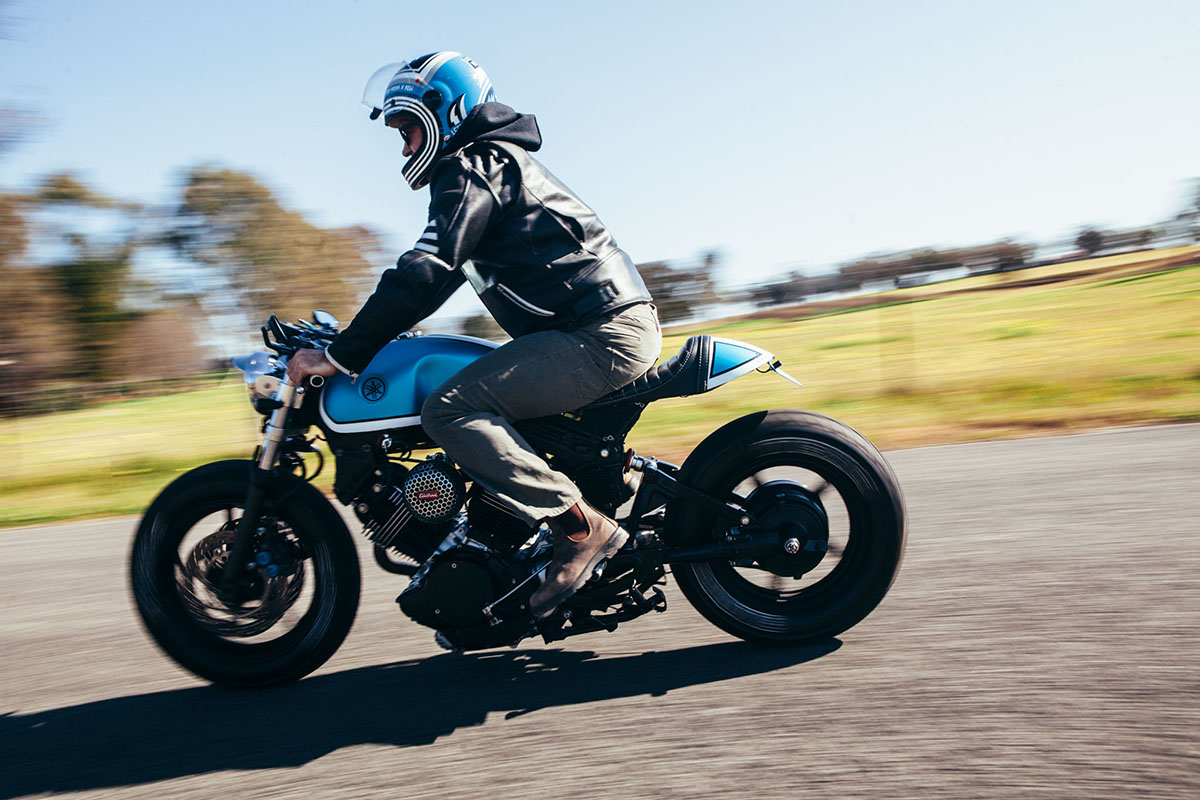 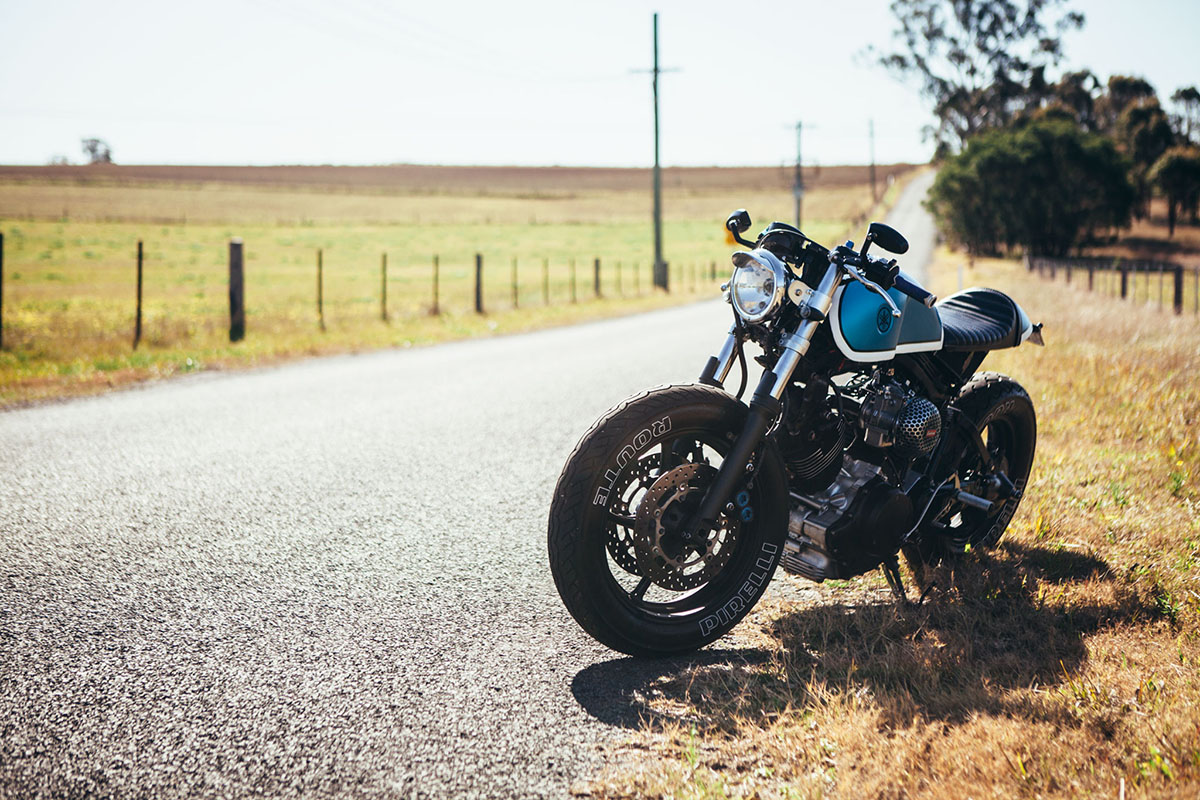 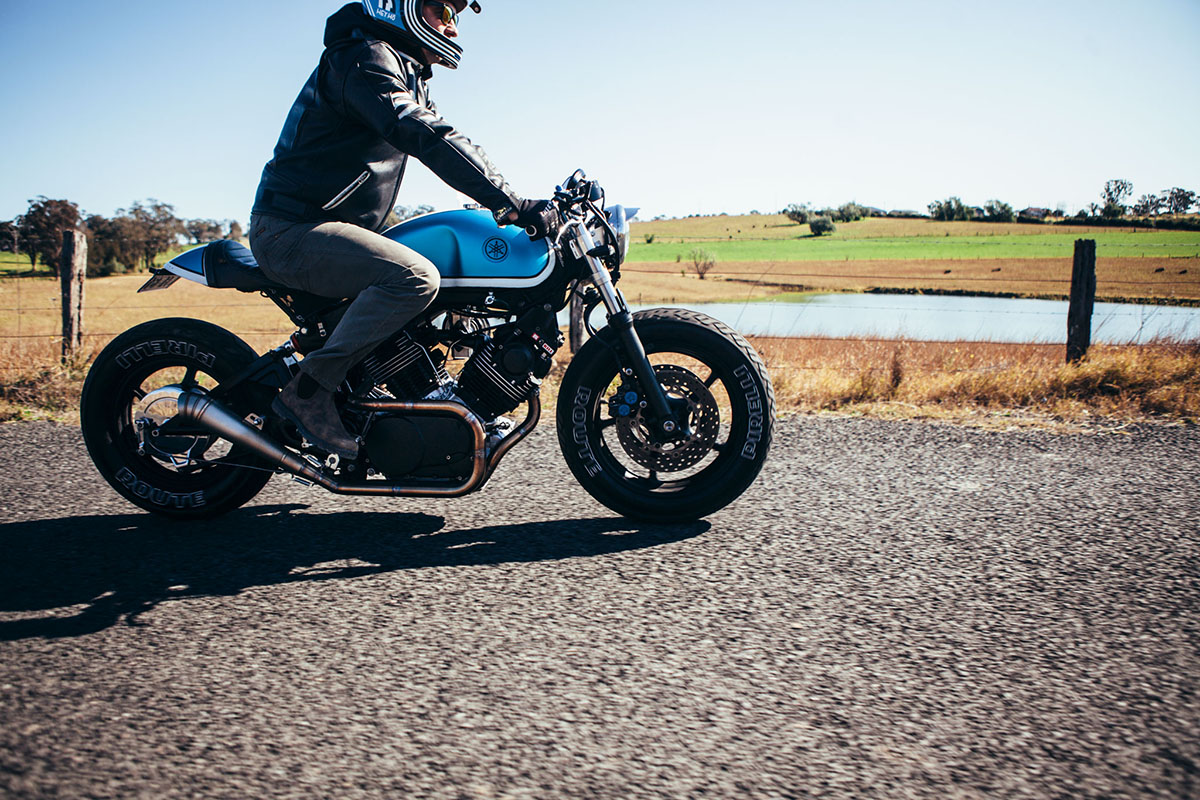 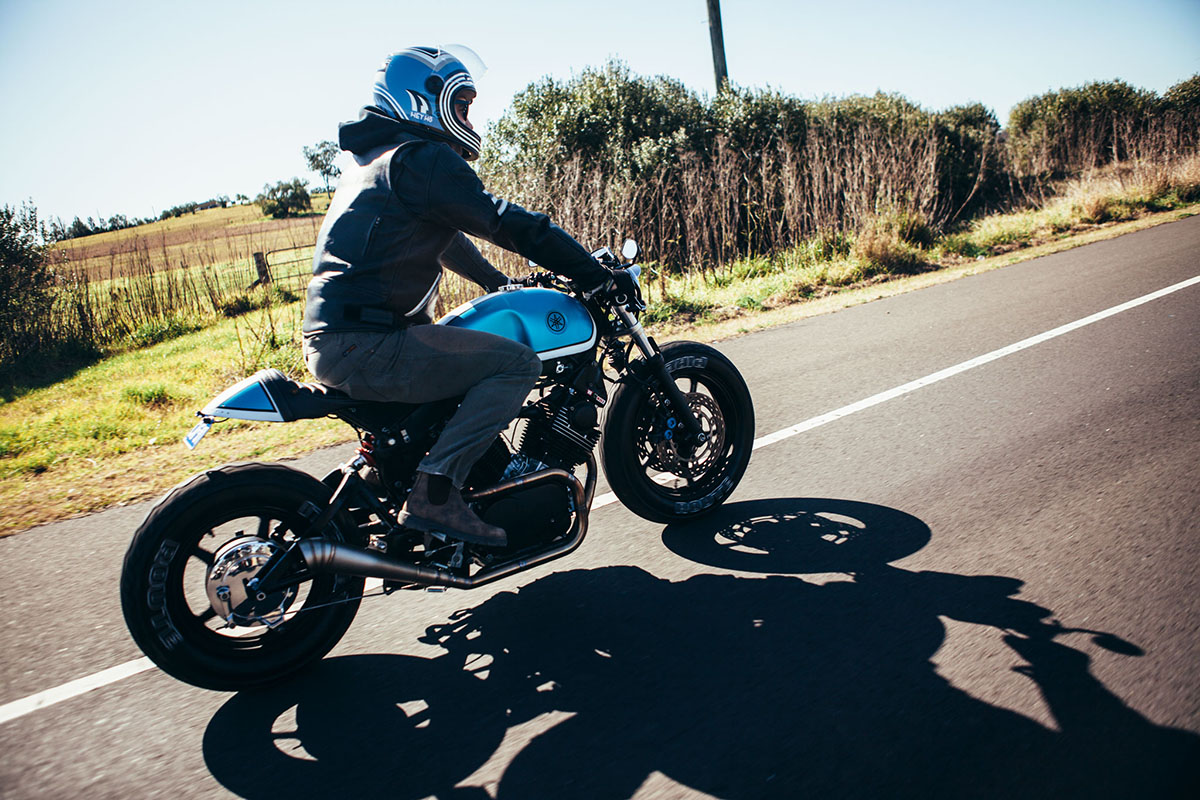