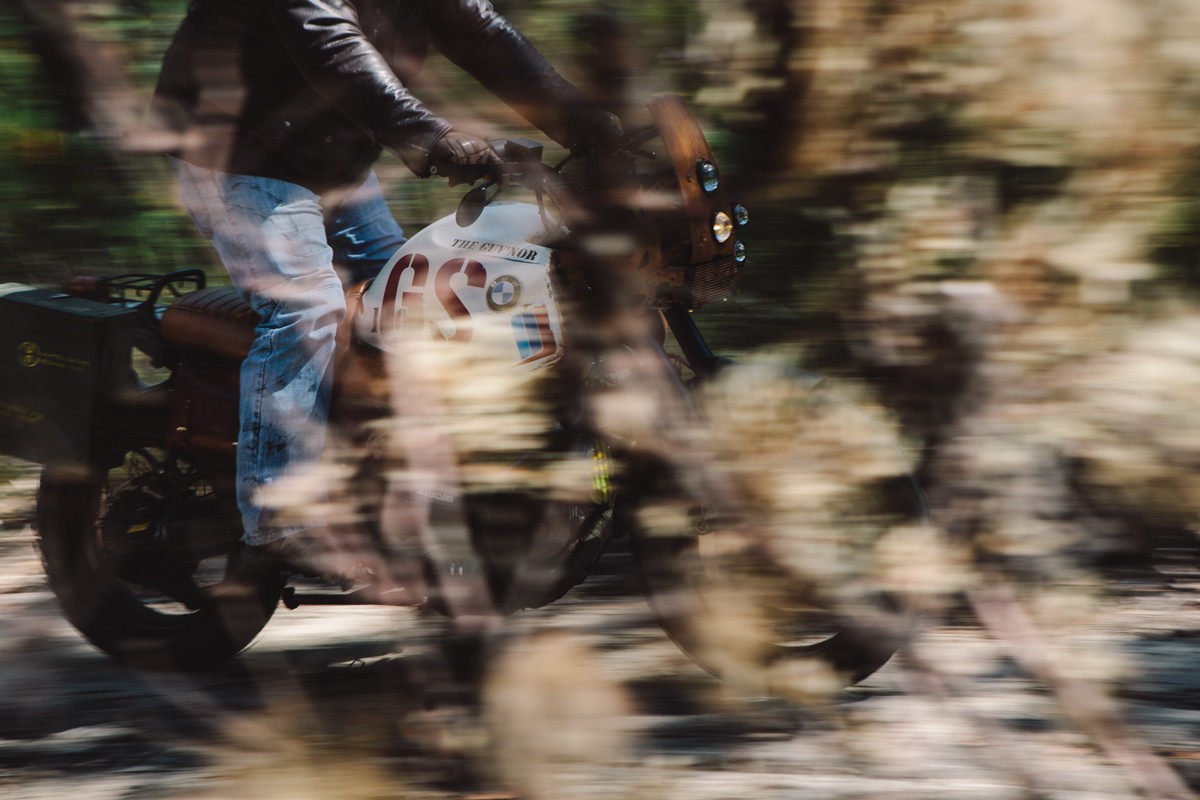 Taking it’s namesake after the British bare knuckle fighter Lenny McLean, The Guv’nor is a machine that can be bashed about, beaten and smashed and still ride along happy as Larry – “It is a big Boofhead of a bike after all.”

Mark’s love for Desert Sleds kicked up at an early age, thrashing through dirt on XL Honda’s and Postie bikes. “I started riding because my mum and dad told me I couldn’t! I got my first road bike at 16 – much to the disappointment of my parents. It was a Honda MVX250, triple smoker. That was 32 years back… yes I’m an old bastard. 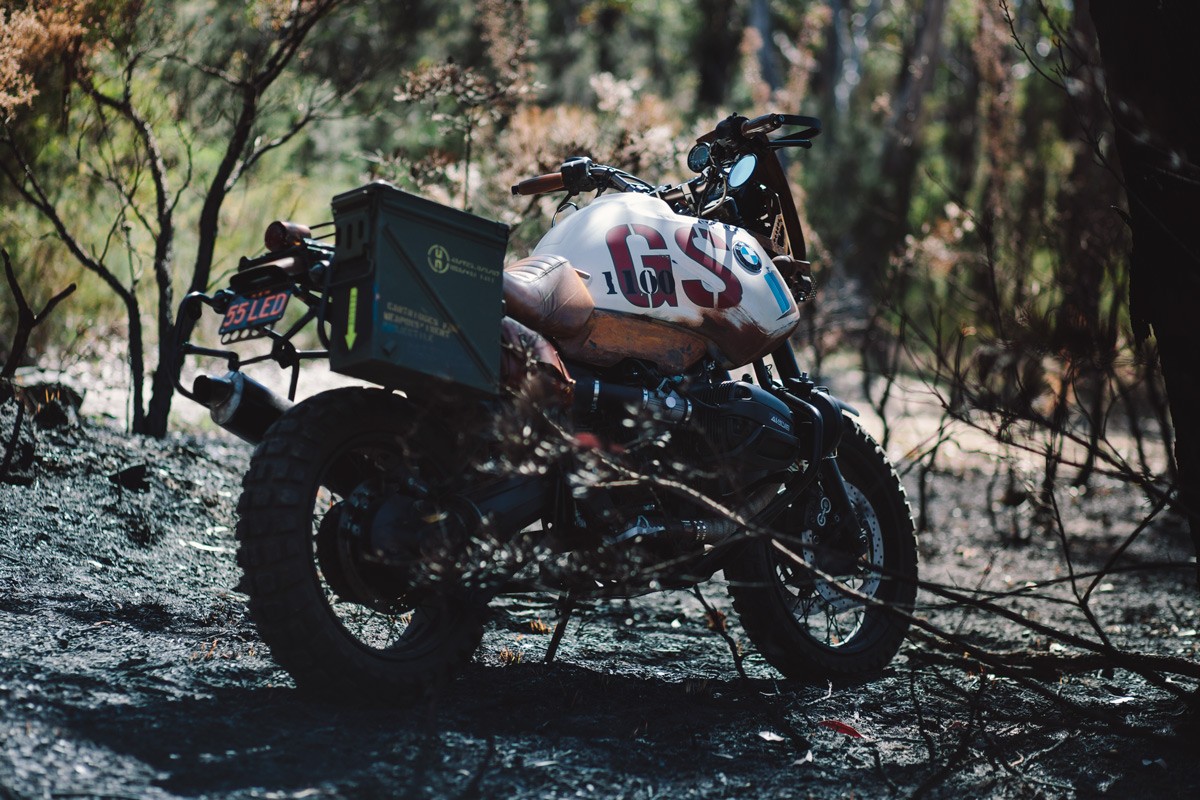 I’ve been riding non-stop since. Road, off road, touring and commuting. I built my first Café Racer back in about 1986. It was a Honda 750 K6 base. At last count, I’ve owned about 53 bikes over the years.”

The Guv’nor is a 1995 BMW R1100GS that’s been Scrambled like an egg. It’s a big, unique looking desert sled of a machine with a front end that will make you look twice. It could slip quite comfortably into a post-apocalyptic film, and in fact should the world come to an end this is the kind of bike you’d hope you had handy.

“This the second GS Scrambler build for me. It’s all about stripping off the ugly excess weight, adding dirt tyres and making the thing indestructible. You can ride it all day through rubbish roads and dirt tracks, dust, dirt, rain and mud. It can fall over, be picked and keep going. 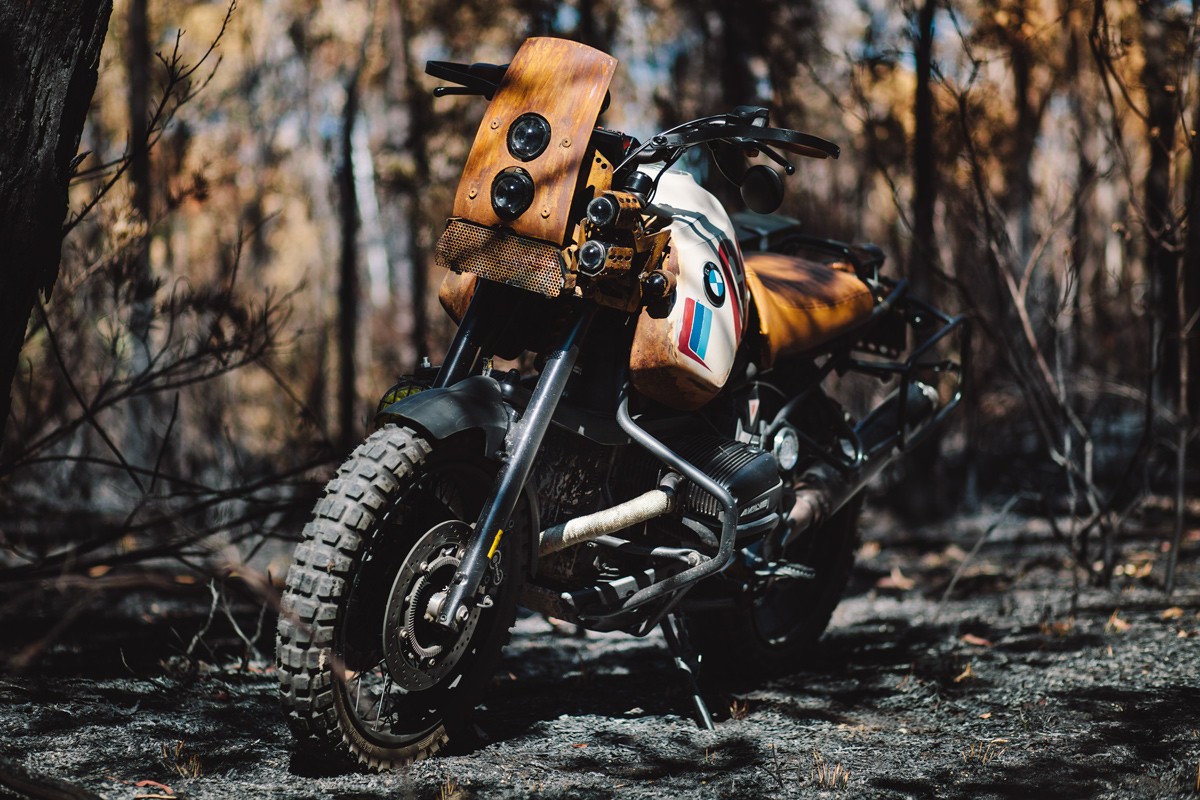 There’s no fancy finishes or bits to worry over breaking off. This machine is built for durability and reliability. The essence of a desert sled, it’s “ride what you brung” on all roads. Big dumb dirt bikes are a lot of fun and I’ve always loved big GS’s so I’ve owned quite a few. This time I wanted a cool looking one to do dumb stuff on.”

All the fabricated parts were first mocked up with cardboard before the finals were completed. Mark tried to have the bike with a pillion seat in place, however this messed with the stubby back end look he had envisioned. “So bugger it! It’s a selfish single seater, just for me.” 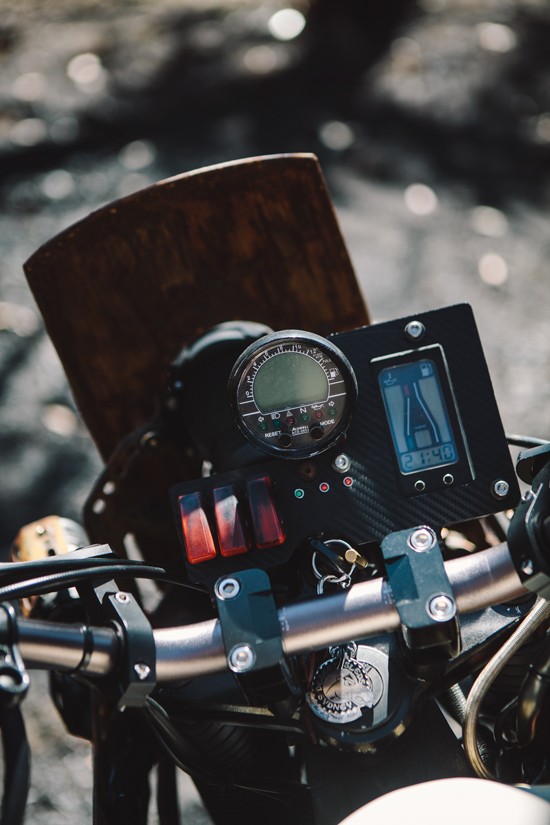 The crowning feature, and most notable part of this sled is the front end set up. The rusted aluminum trellis forms a weathered, rough, modern look. It allows for Mark to also keep full suspension travel up the front end. “There’s no compromise for that awesome aftermarket Ohlins suspension. For such a big bike, the suspension keeps it all tidy and well behaved on the loose stuff.

Like all BMW GS’s you’ll find, this bike does most things well. “What it does really well is rubbish tar, back country roads, dirt and off road. It will take you to some sweet spots on the roads less travelled, that most road bikes won’t go near. It can be set up for long trips at speed, and this bike is definitely going to see plenty of KM’s.

As am added bonus, it is also awesome at throwing shit and rocks back at your mates! It’s great for doing dumb shit in the dirt” 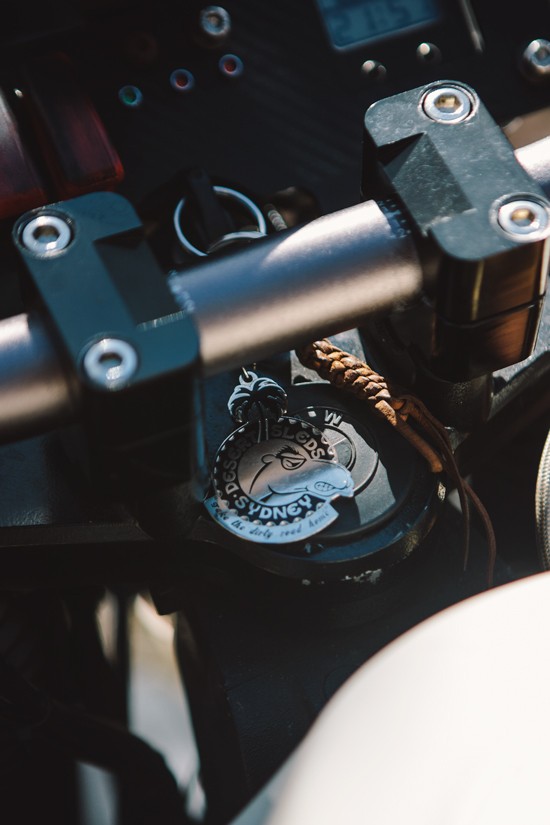 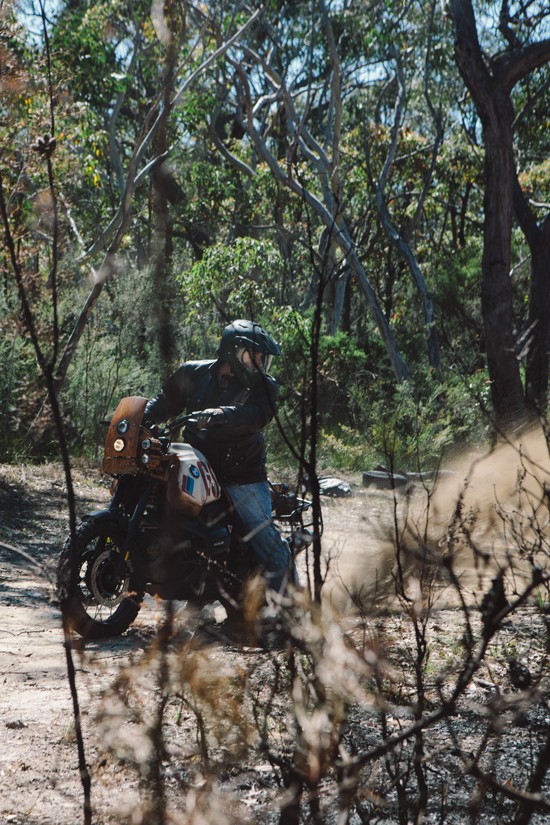 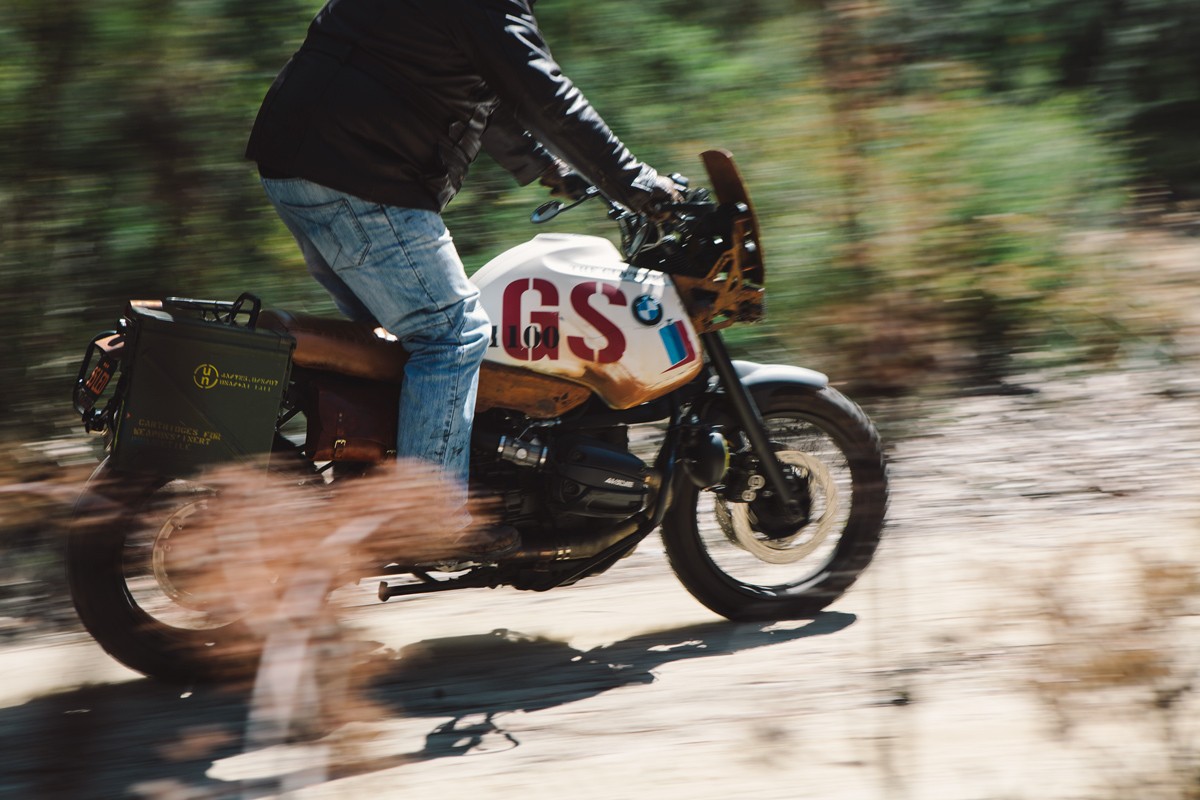 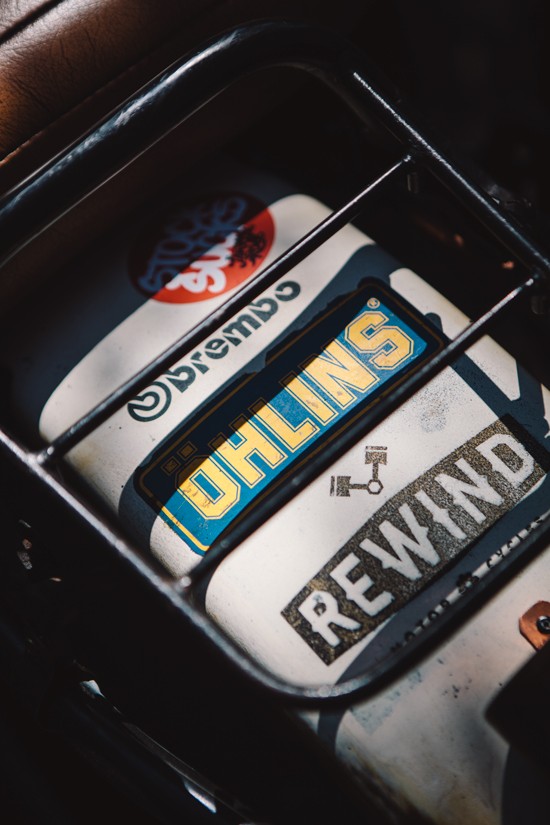 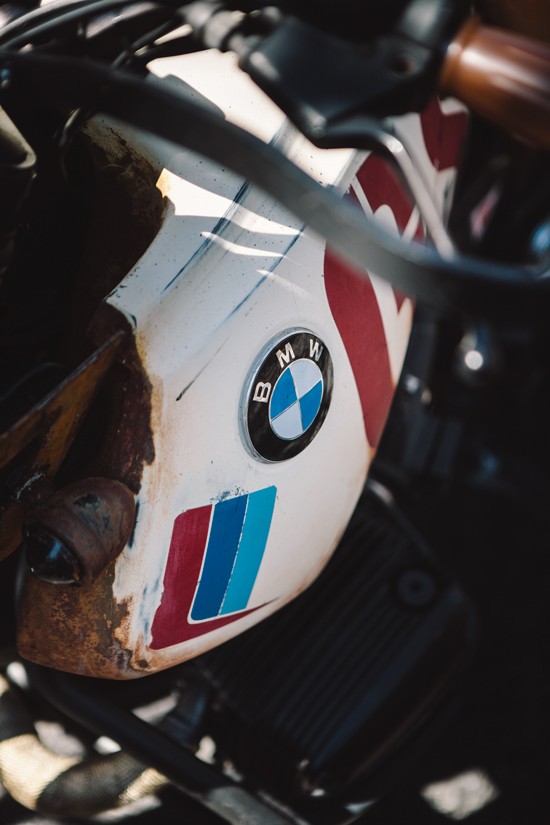 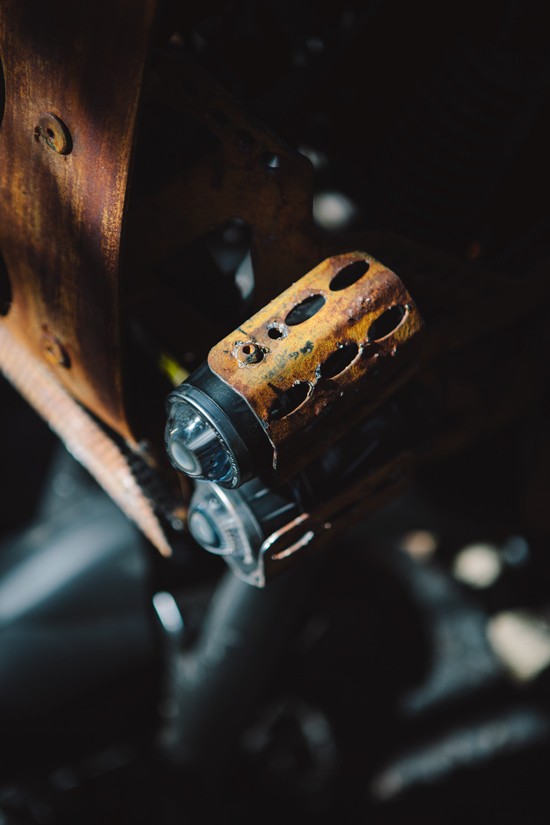 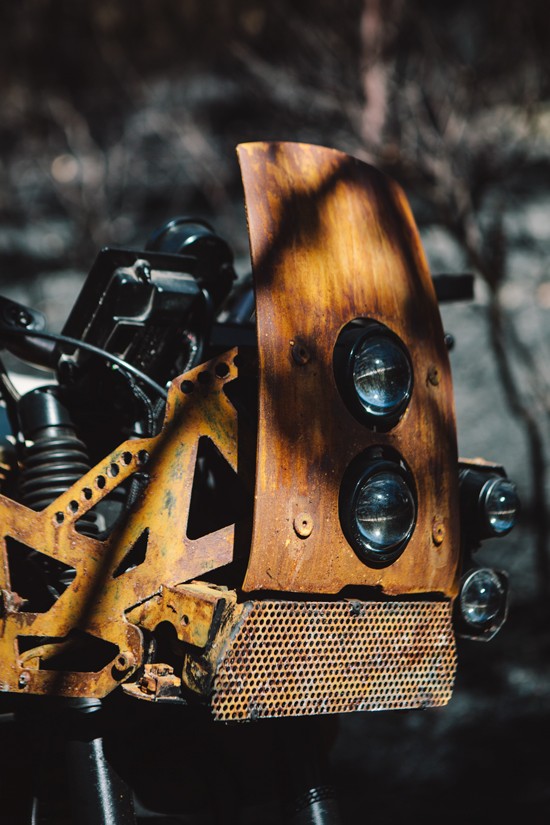 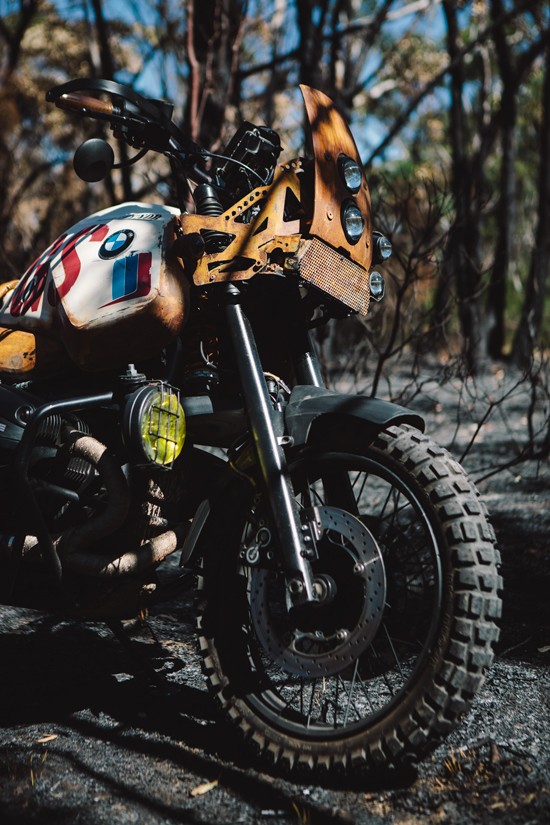 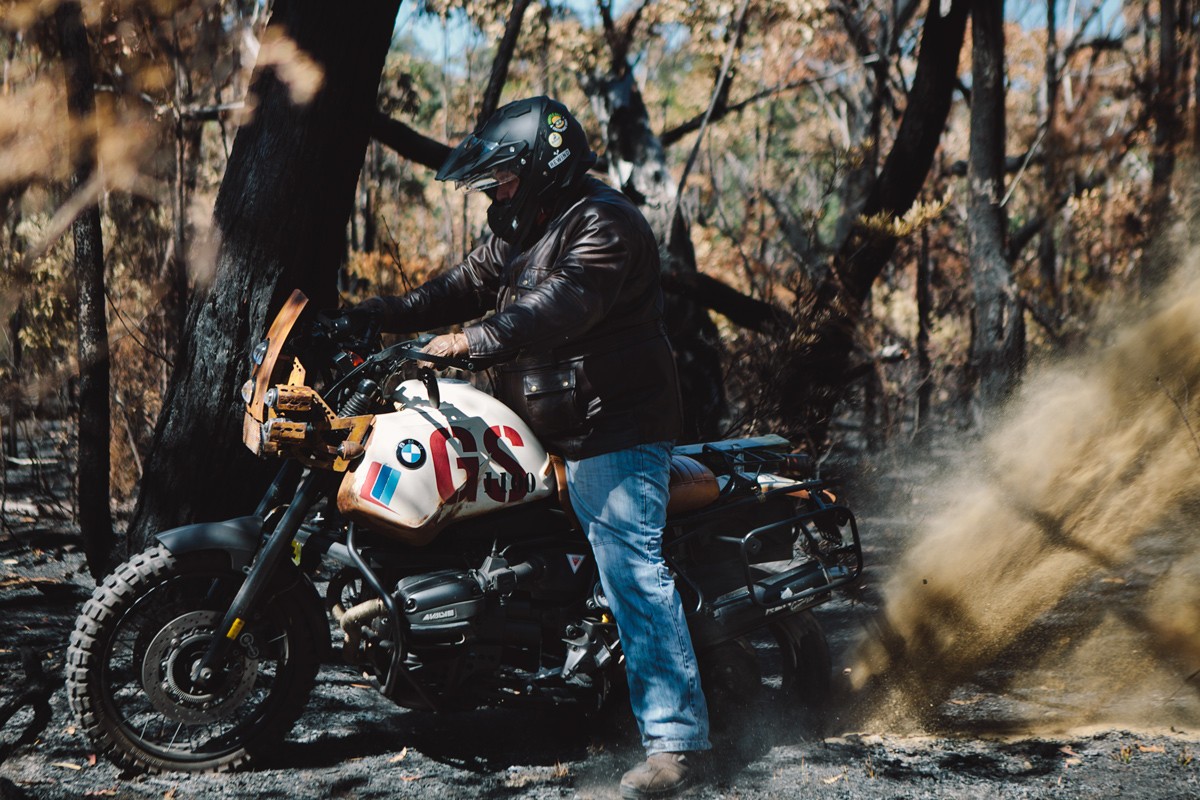 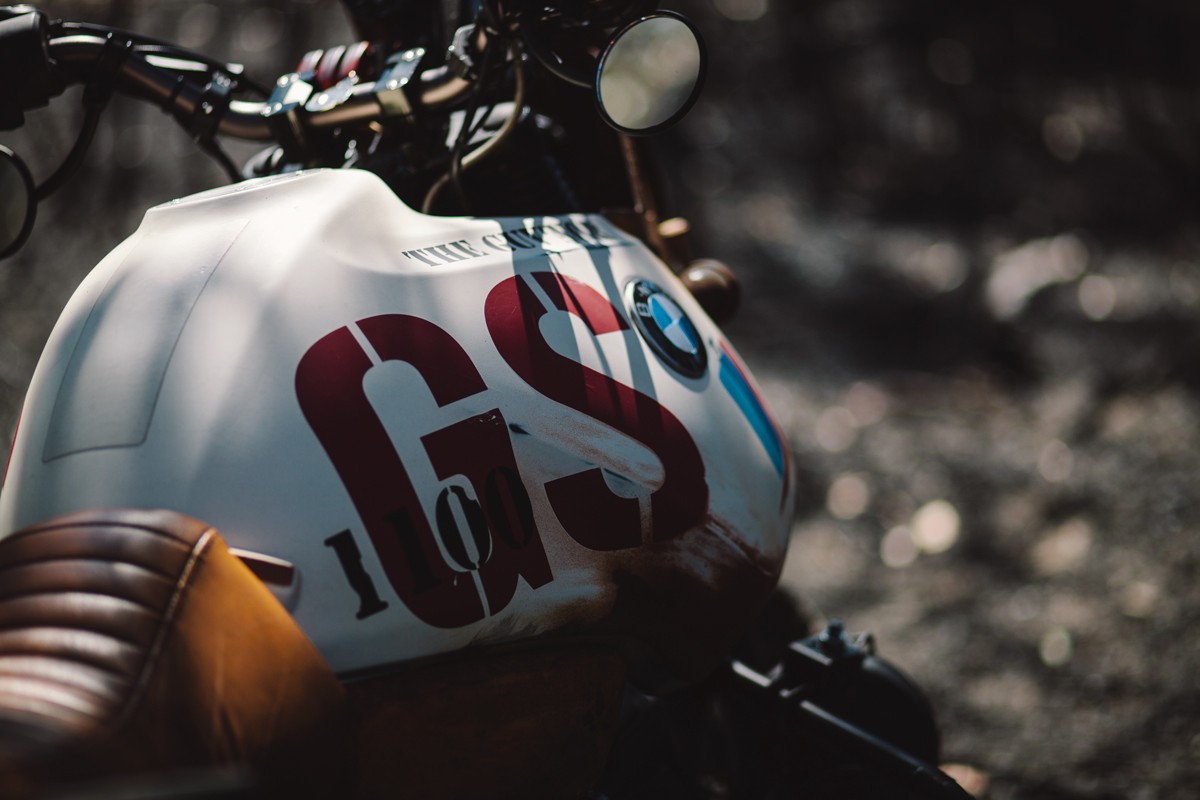 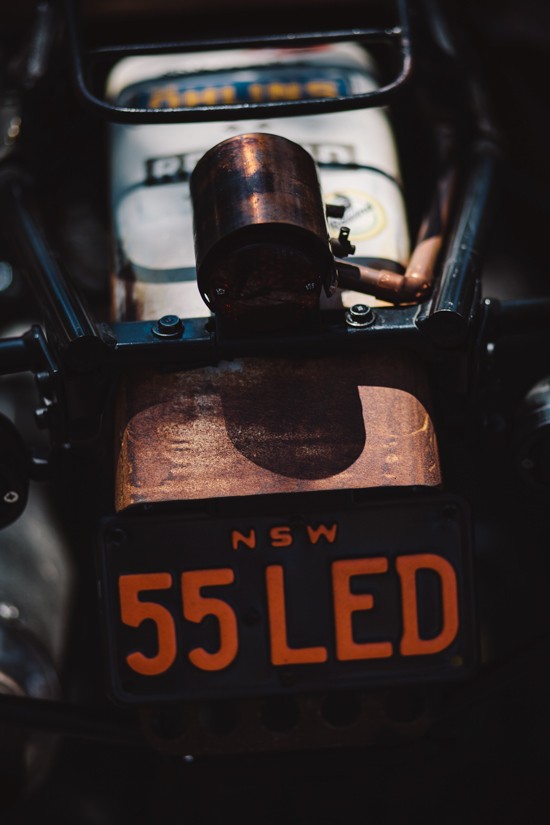 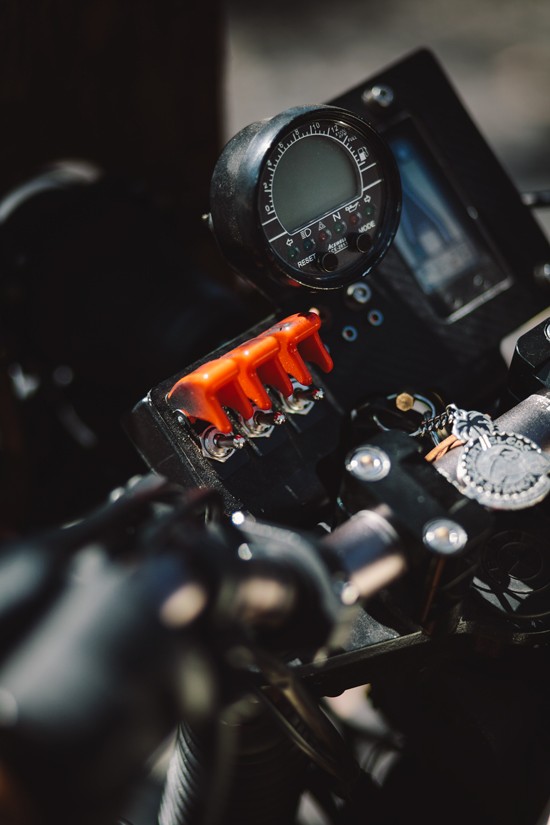 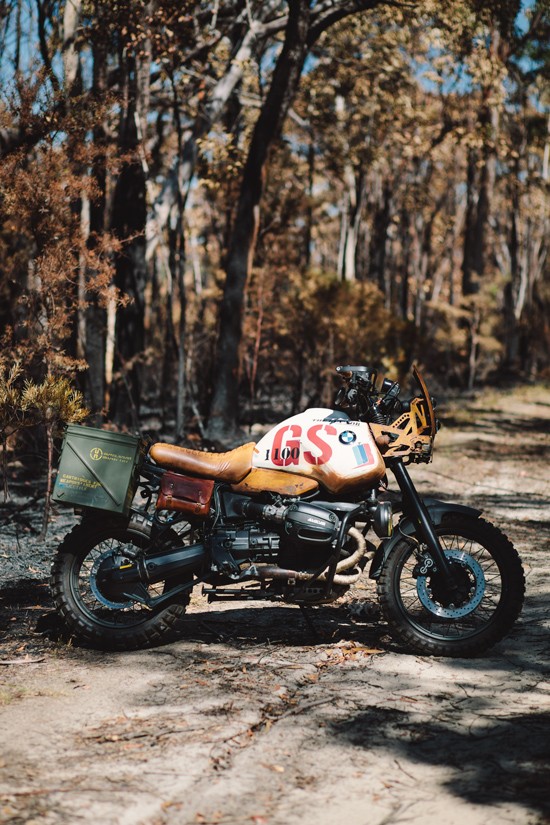