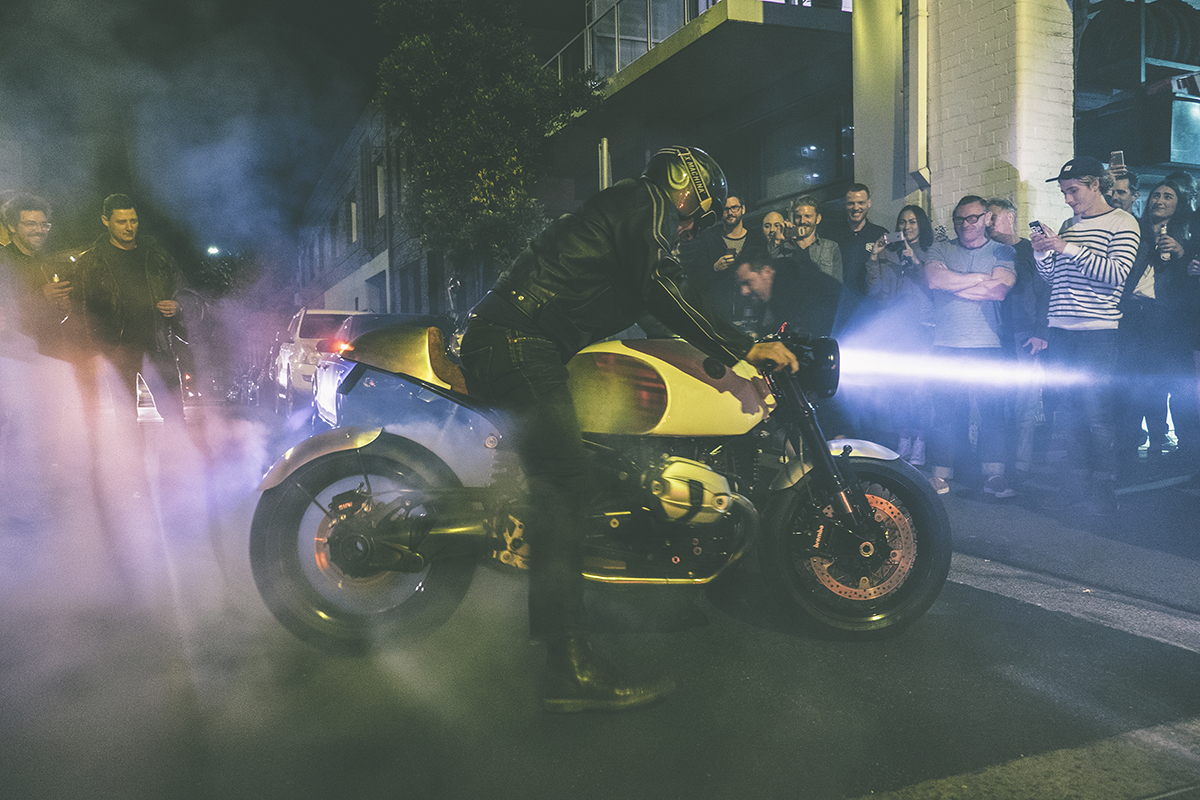 Throttle Roll were invited to attend the launch of the Deus Customs R nineT which was created for BMW Mottorad Australia. Dubbed ‘The Heinrich Maneuver’ this bike screams Classic Aggression with modern techology. It seems all the big players are releasing bikes that are appealing to the growing custom community, BMW Mottorad being one of them has created something that is both quality and fresh onto the scene. And of course, custom pathfinders Deus Ex Machina flexed it’s muscles and tore the bike down, rebuilding it in their own image. 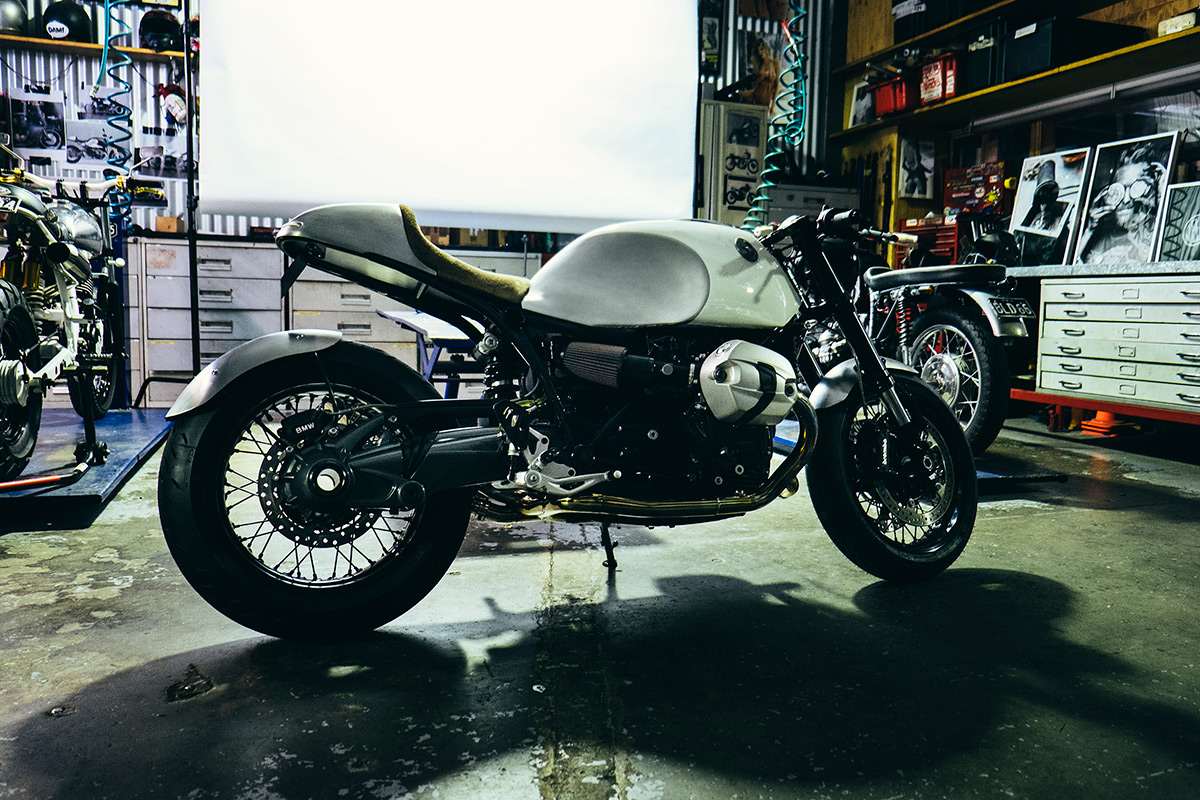 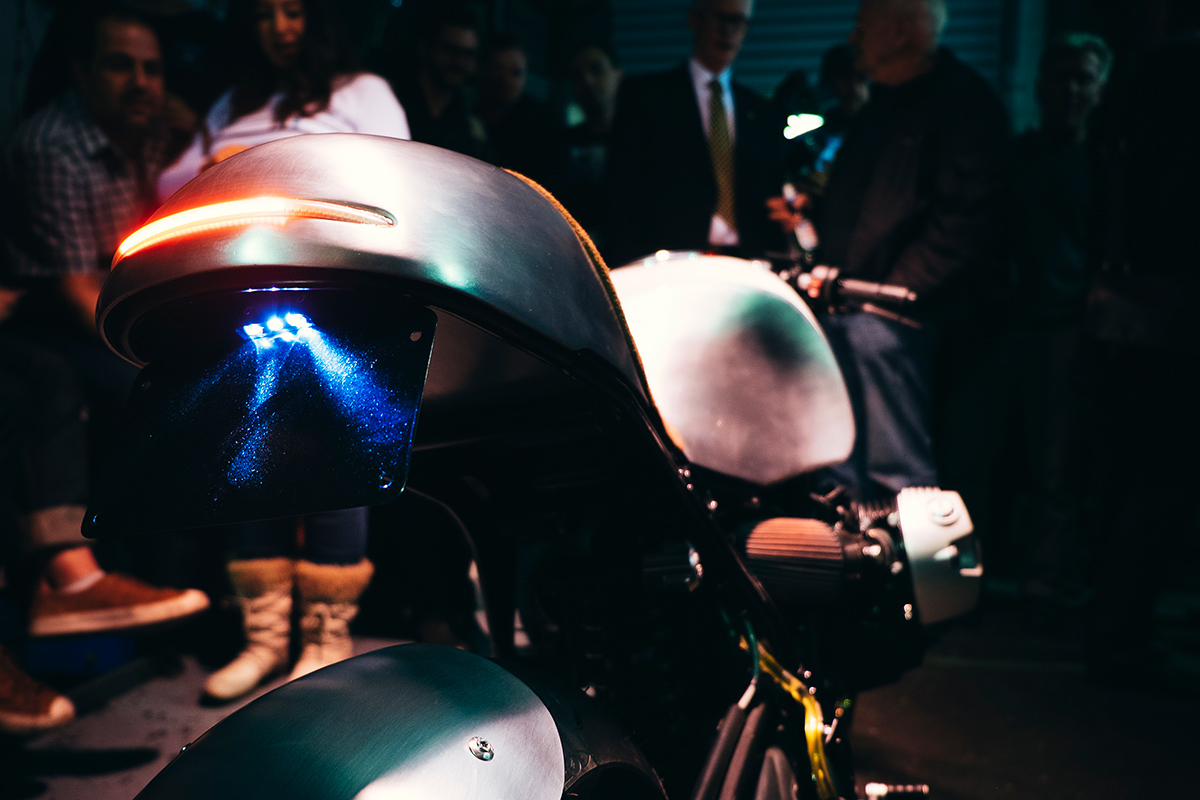 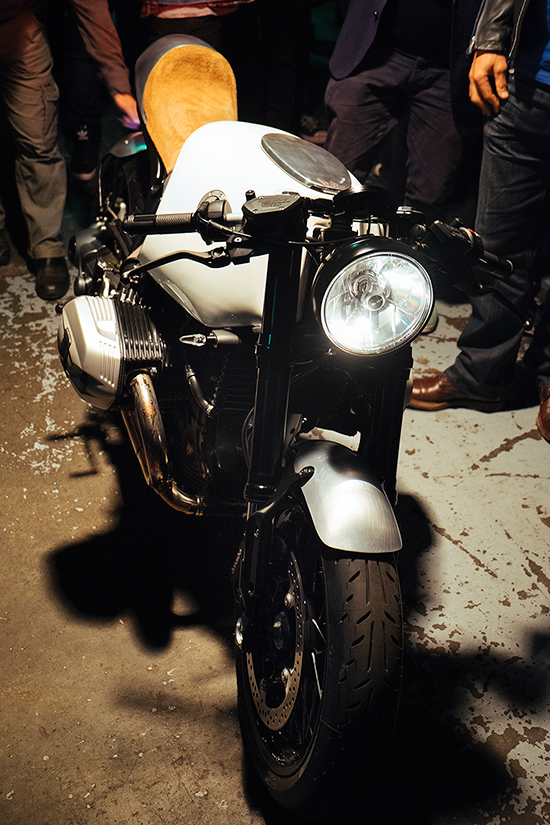 Working on a bike so soon after it’s debut leaves a lot of room for new ideas and deviation, which has been doing the rounds all over the internet and scene throughout the past 12 months.  Head wrench and workshop chief for Deus, Jeremy Tagand, combined his years of experience in crafting unique rides with the sterling fabrication work of MotorRetro Australia. There’s a lot of mixes in styles with builds these days, but Jeremy said “I would definitely put the bike under Café Racer” staying true to Deus’ roots. Jeremy worked close with the team at MotorRetro Australia in making sure the concept translated into practical parts, which shows clearly on the bike.

My favourite part is the tail section, it’s very clean and all one piece`

The bike features a contoured yet aggressive look, with a large capacity tank that has curves in the right places.  The distinction of the fresh, white paint against the raw steel gives the bike its refined yet undiscriminating feel. The classic style of the rear has a smart brown suede seat which is brought into the 21st century with a tidy LED tail light. Time-honoured vs. contemporary innovation and technology seemed to be the flavour of this machine.  “My favourite part is the tail section, it’s very clean and all one piece” Jeremy told us. It’s the details in this bike that show the skill and creativity of the people involved. 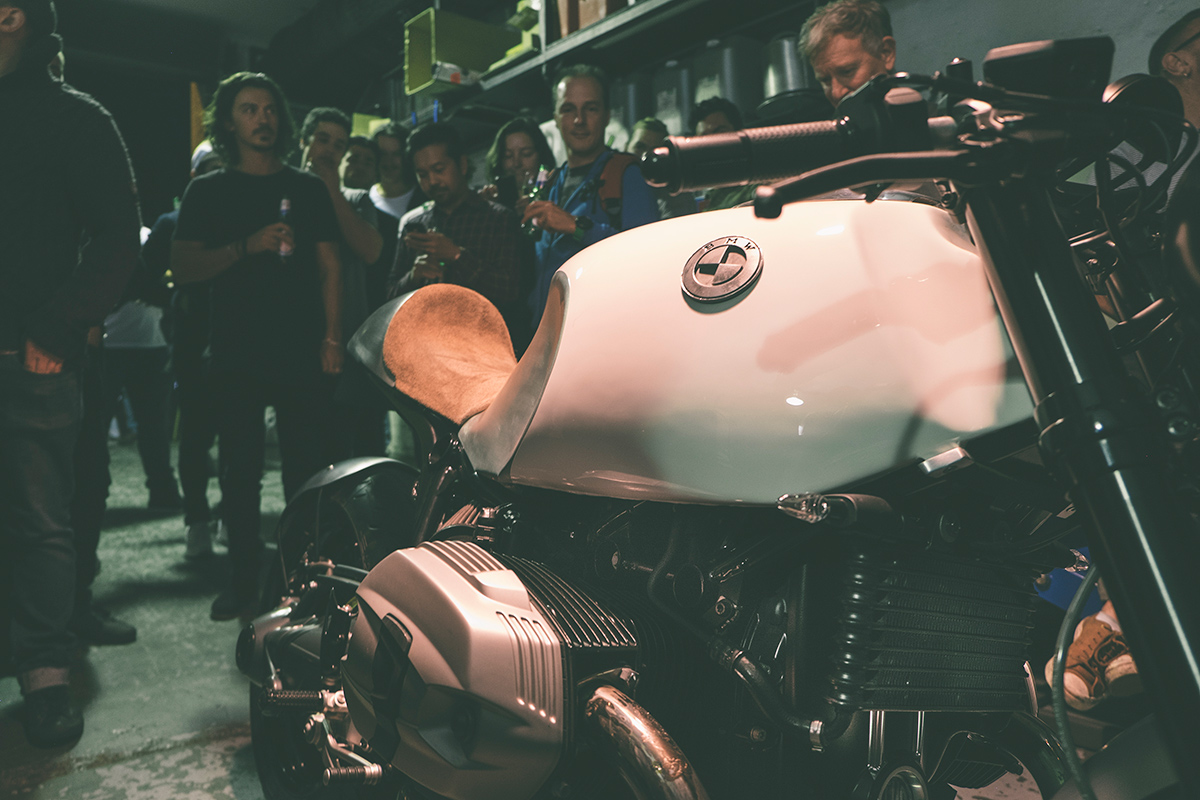 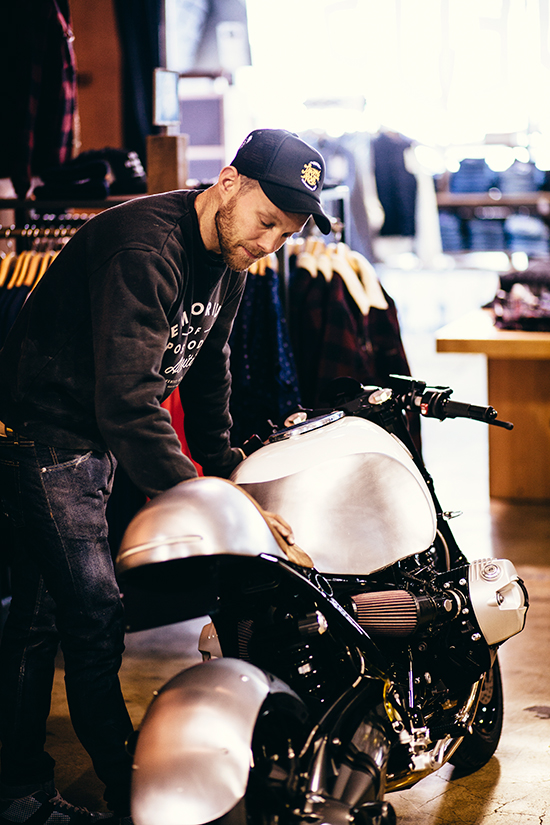 The custom bike had it’s own ceremonious reveal, at the womb of creation that is Deus HQ, Camperdown. Beer was plentiful and encouraged, as people were teased with progress photos on the walls of the garage taken by Deus’ own shutterthug Thomas Walk. The lights went out and a projector screened a short film by the combined creativity of Mikki Young from My Media Sydney and Thomas Walk.  Across the late night abandoned streets of Sydney, the bike is shown, it’s metal and the roar of its engine echoed through tunnels, the perfect atmosphere for this build. That same roar was heard in the flesh as Jeremy rode the bike into the garage, to be surrounded by the eager grins and applause of the crowd.