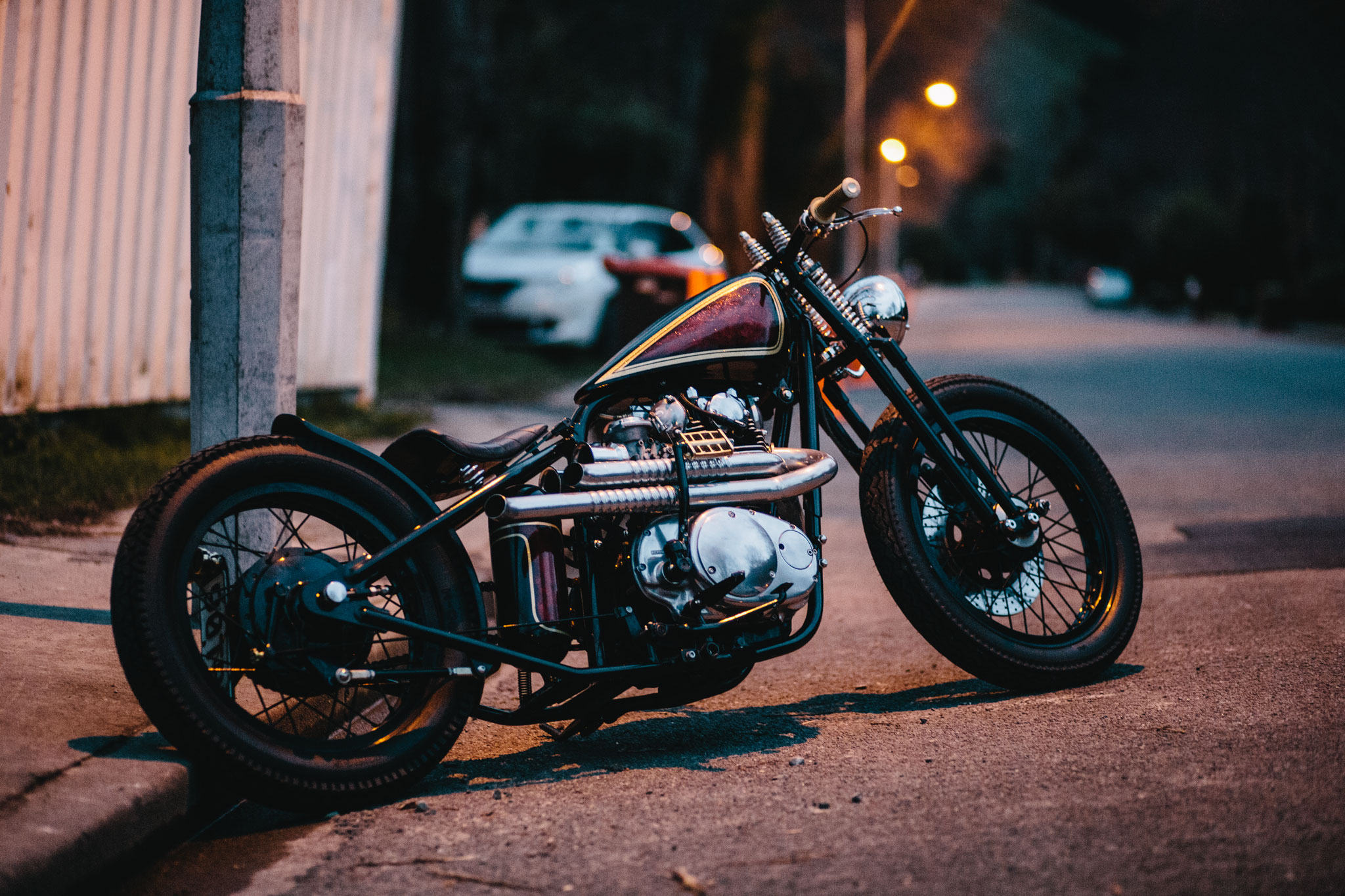 Troy is a man never lost, because if you want to find him he’ll more than likely be in his garage working away on one ambitious project or another. One such creation is his refined 1975 Yamaha XS650 Bobber that’s even better when you find out it’s his first build. 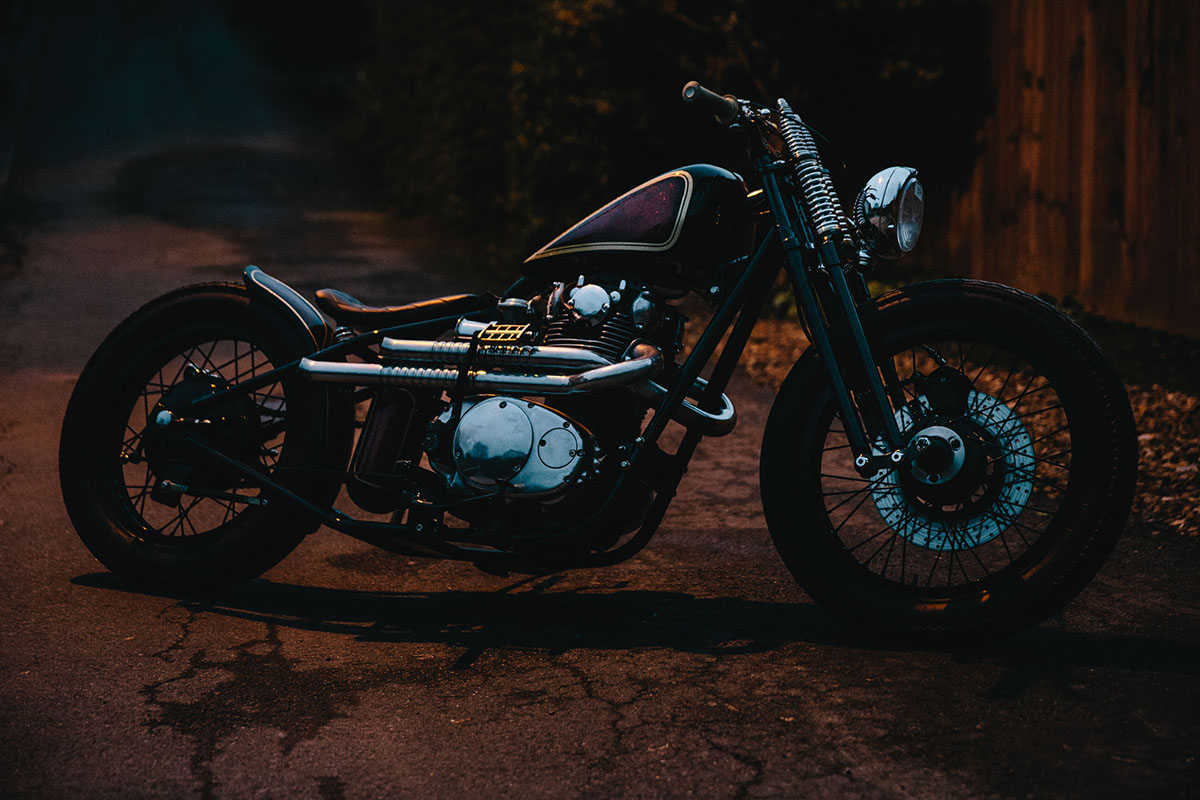 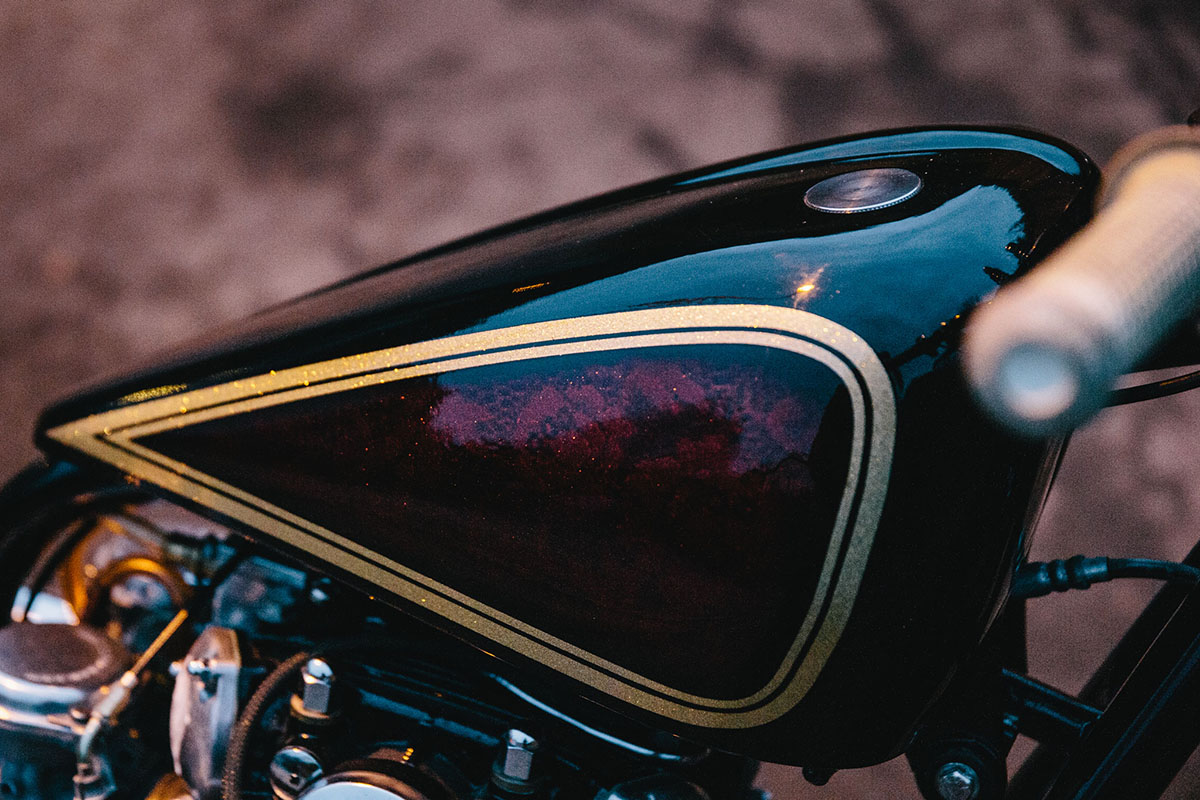 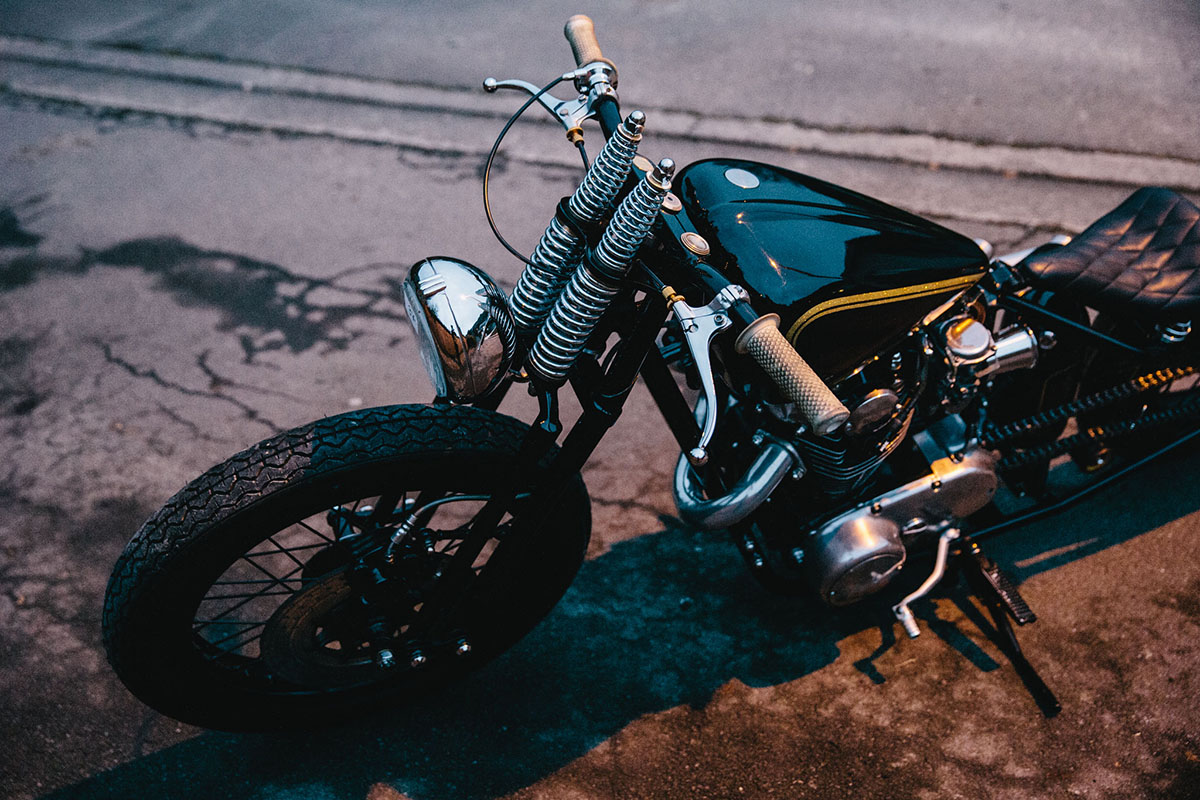 Having grown up surrounded by choppers courtesy of Troy’s father and uncle, the seed for a custom cycle were sewn early. Once Troy and his mates tumbled down the rabbit hole of checking out a few chopper and bobber builds online it was decided that one needed to be created for himself. 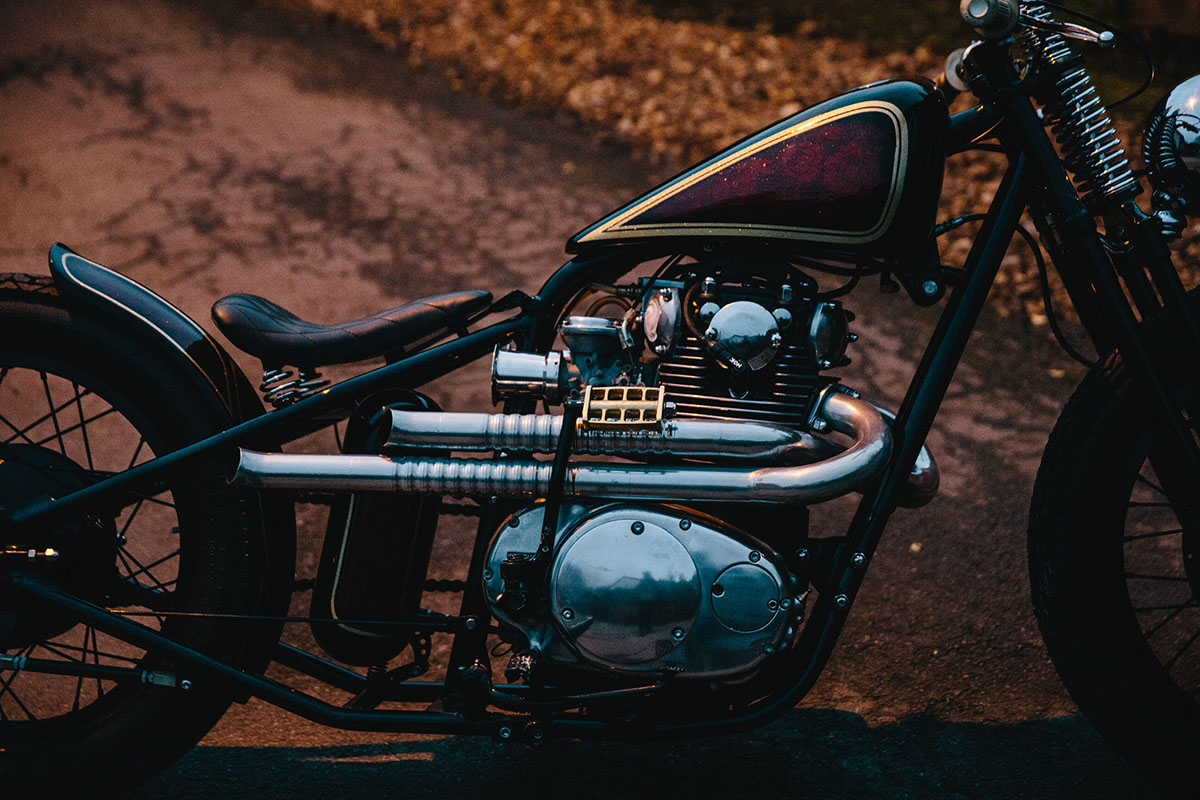 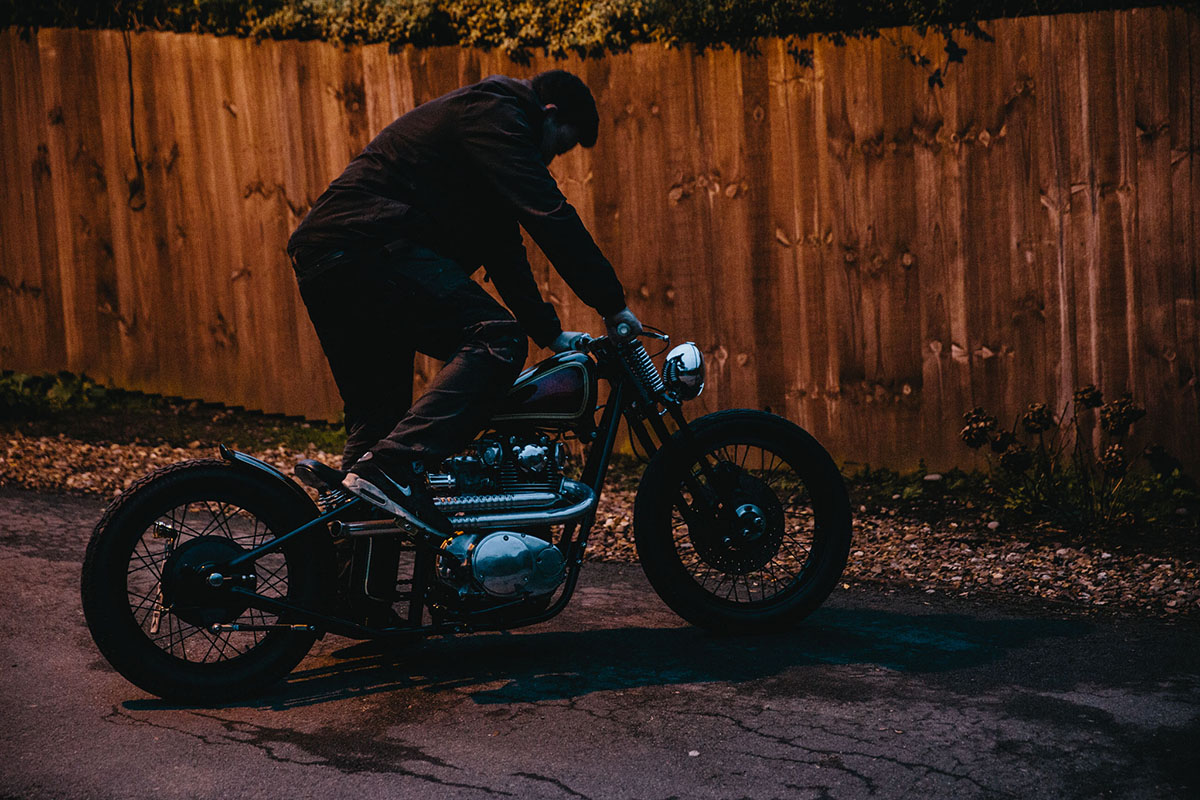 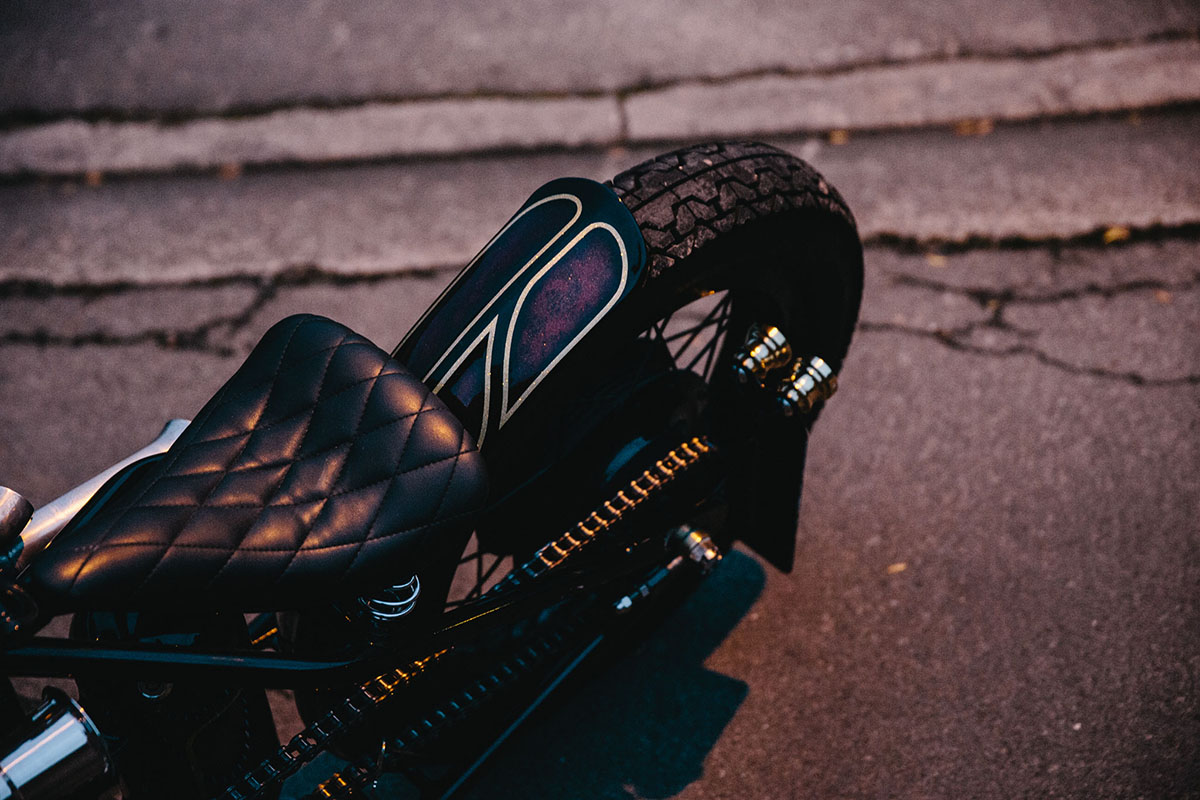 So with the idea set, Troy set about trawling the depths of trademe for his blank canvas of a bike. “It was then that I came across this ’75 Yamaha XS650. It was up in the North Island of NZ and was stripped apart ready to be restored. This all worked quite well for me. So when it arrived I basically got the frame, put the motor and wheels on and scrapped the rest of parts.” 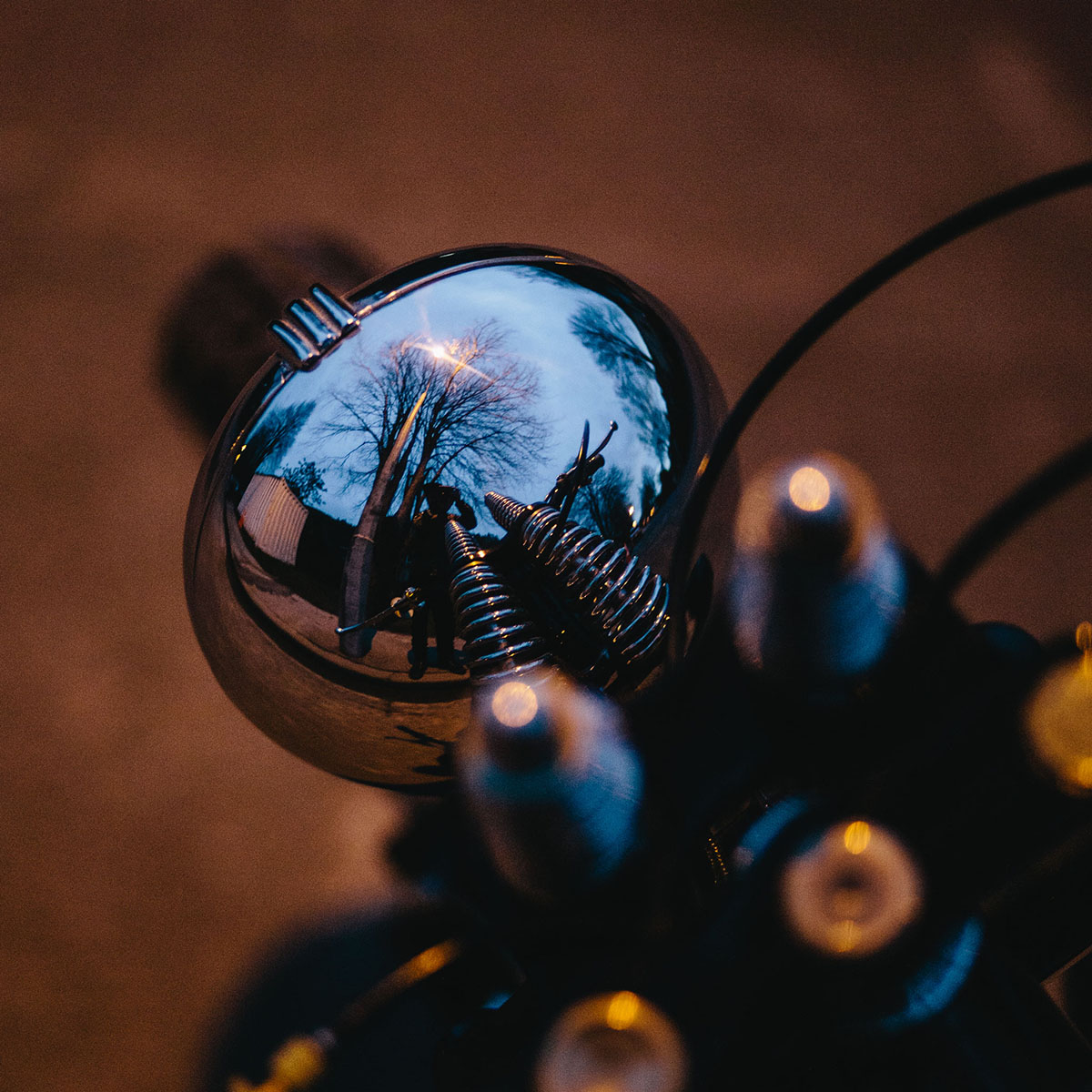 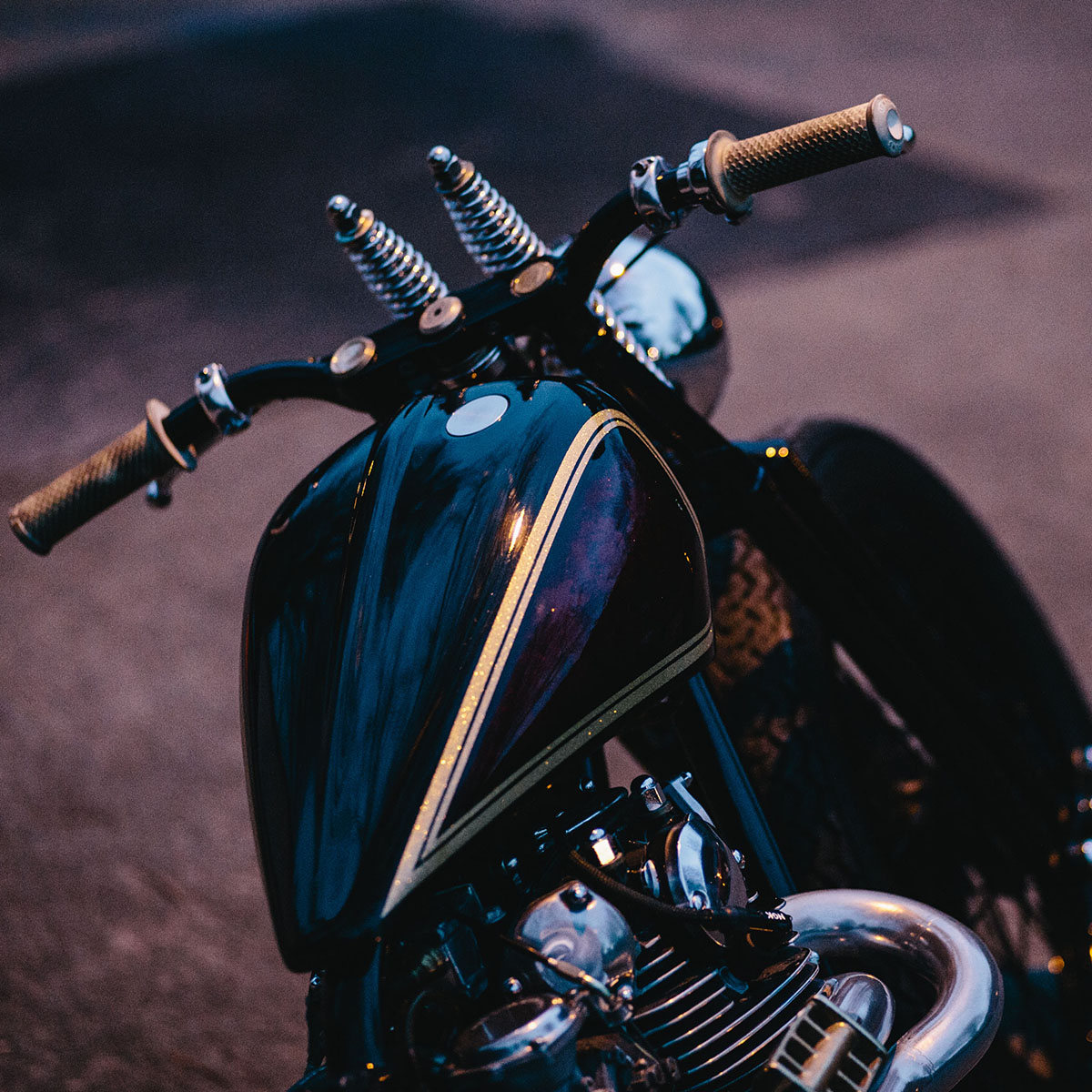 The foundation of the build was now set as the bare bones of this XS650 sat in the garage awaiting its newfound glory. “I was getting a lot of inspiration from the nice low stance builds by Angry Monkey Motorcycles. I got started by ordering a “Ardecore Choppers” hardtail kit from the States. This turned out to be the most frustrating part of the build as it took 4 months to arrive! The wait ended up being worth it however. It’s a really nicely made piece of kit, and was nice and easy to fit on.” 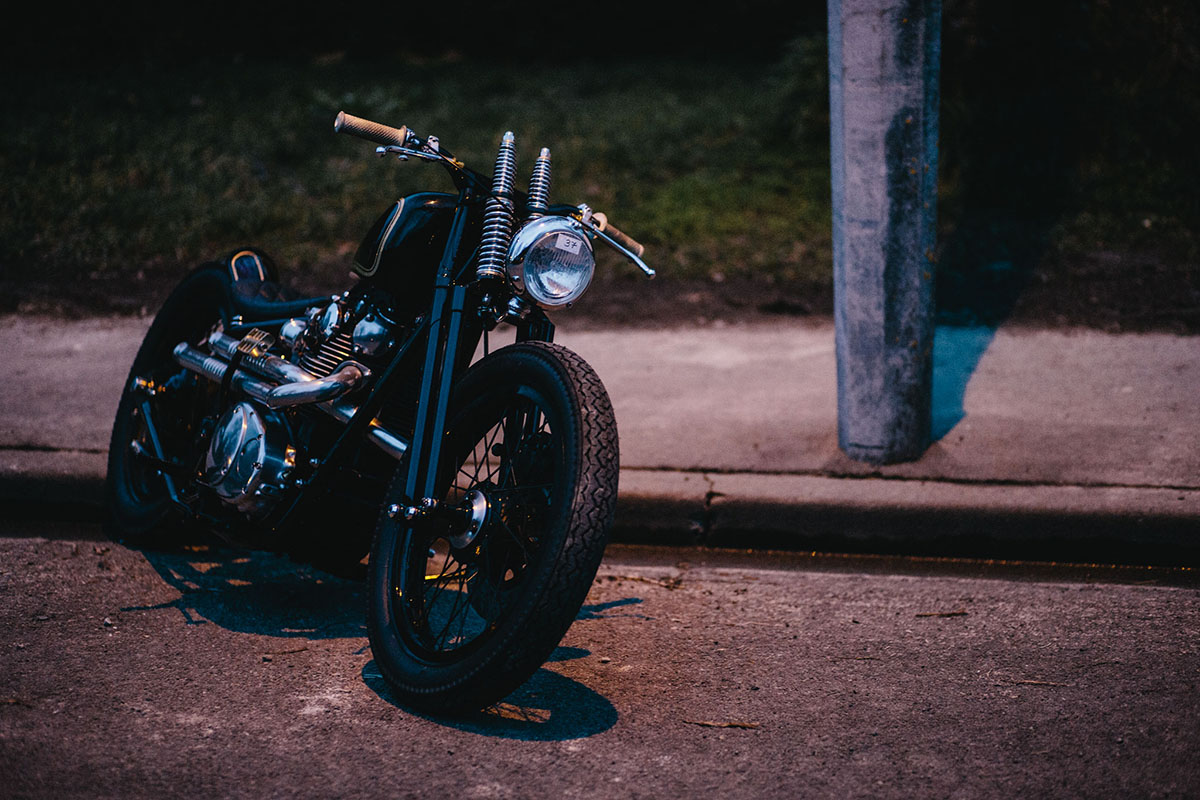 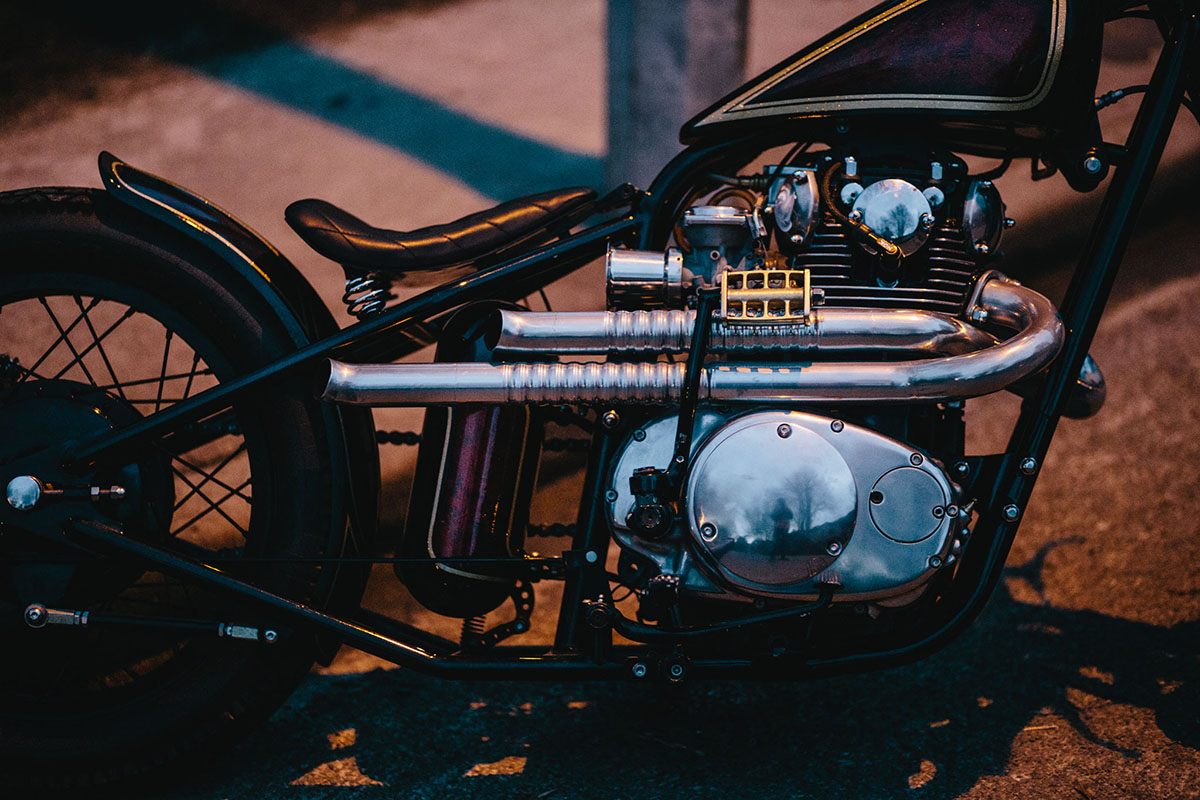 With the new hard tail kit now fixed up on the bike, Troy got stuck in to cutting up the stock frame before welding on a new tail. The rest of the bike could now start to be pieced together like the world’s greatest jigsaw puzzle. “This was my first time build a bike, so it was a big learning curve. By the time I had got towards the end of the build I wasn’t happy with the early work I had done on it, so many things were redone until I was satisfied.” 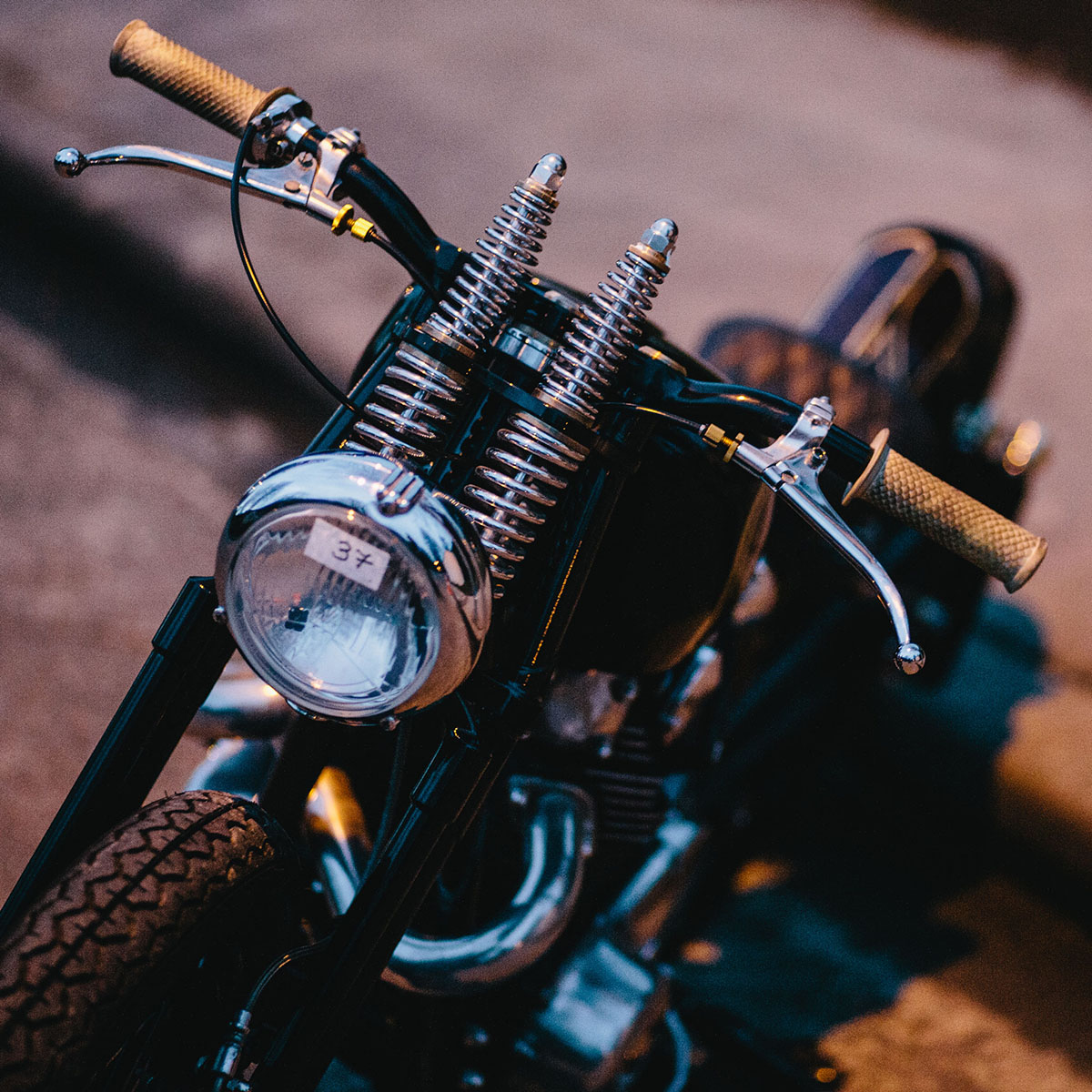 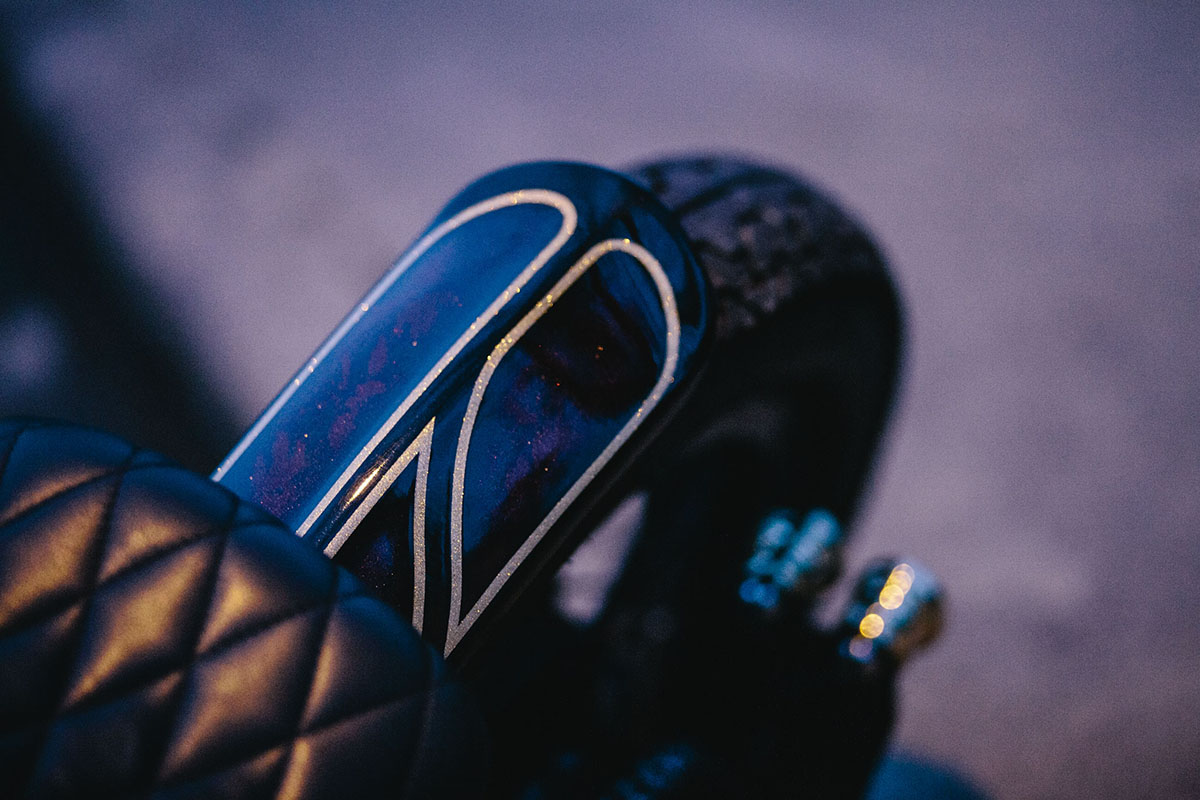 There’s a lot of beautiful things on this machine, and one that immediately stands out when you see it honing down on you in the street is the springer front end. “That’s definitely one of my favourite parts about the bike. A mate of mine designed it on cad for a Triumph he was building. We ended up test fitting it on my bike and sure enough I had to have one for myself. I had some of the parts cut out and built one for myself. It’s a pretty important part of the bike, so it’s pretty cool to make the whole thing from scratch. Finishing up something that both looks good and works well is pretty satisfying.” 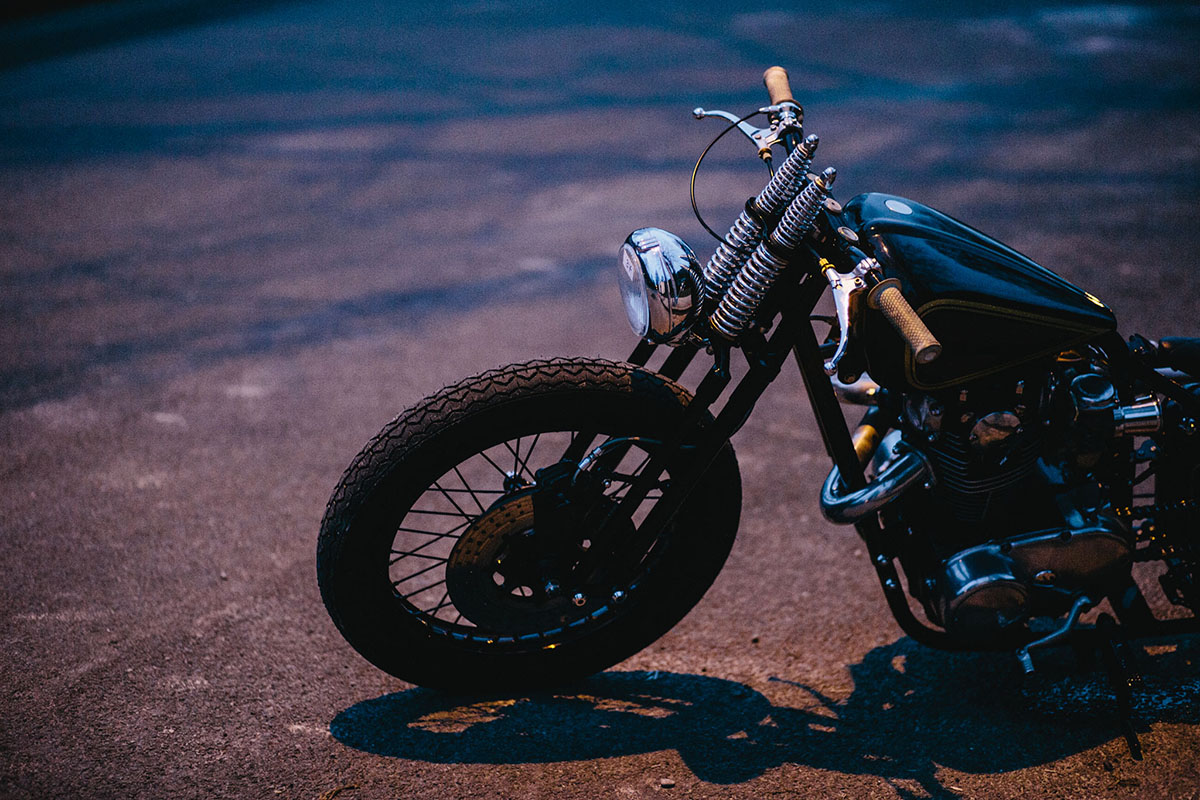 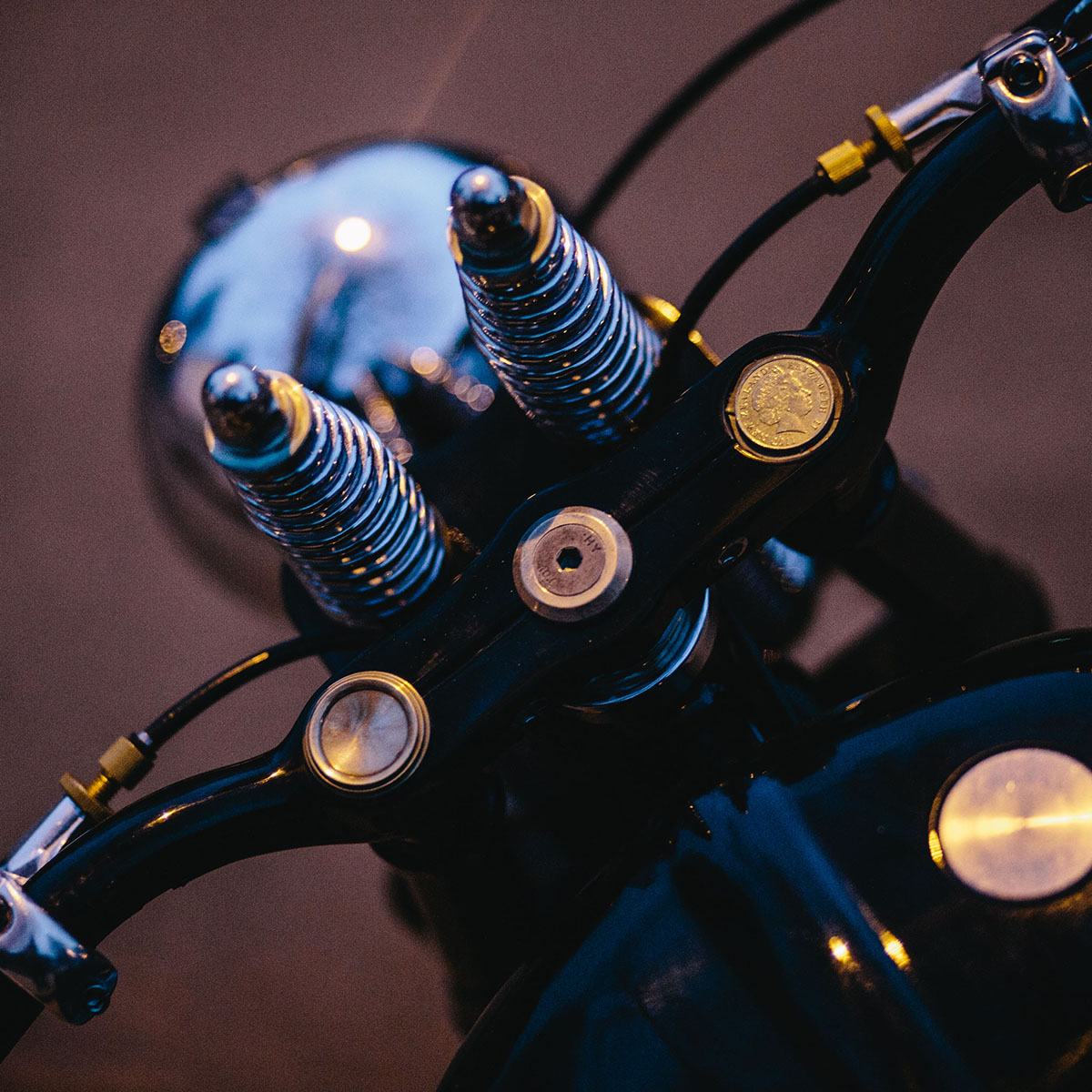 Not to stop on outdoing himself in firsts for this bike, Troy’s next target was the paintwork. In classic Troy form he wouldn’t be enlisting the help of any professionals but instead would give it a crack himself. “Again this was my first time using anything like flakes/candys/lace etc so it was a bit of an experiment. I just wanted to give it a go, and it turned out exactly how I had hope.” 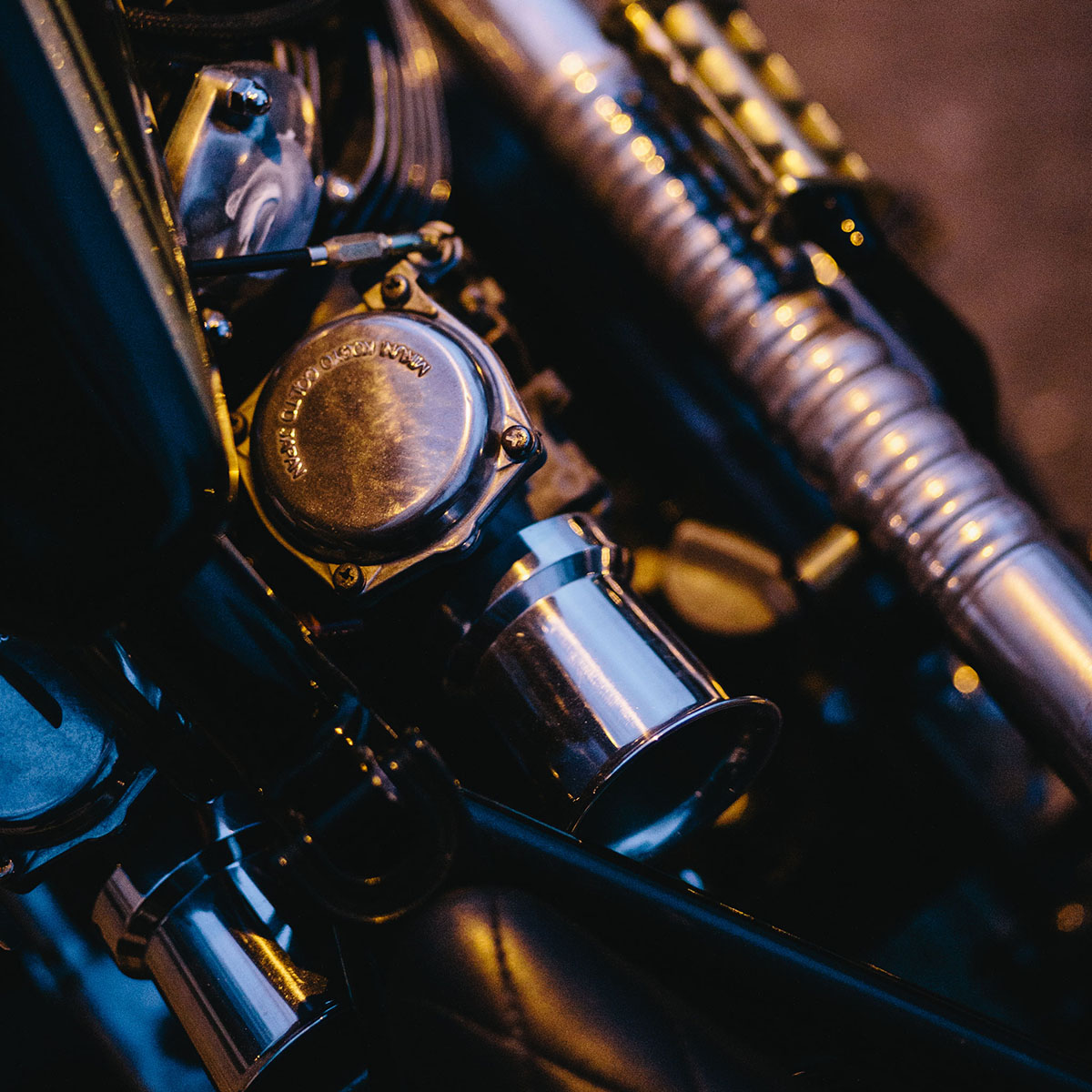 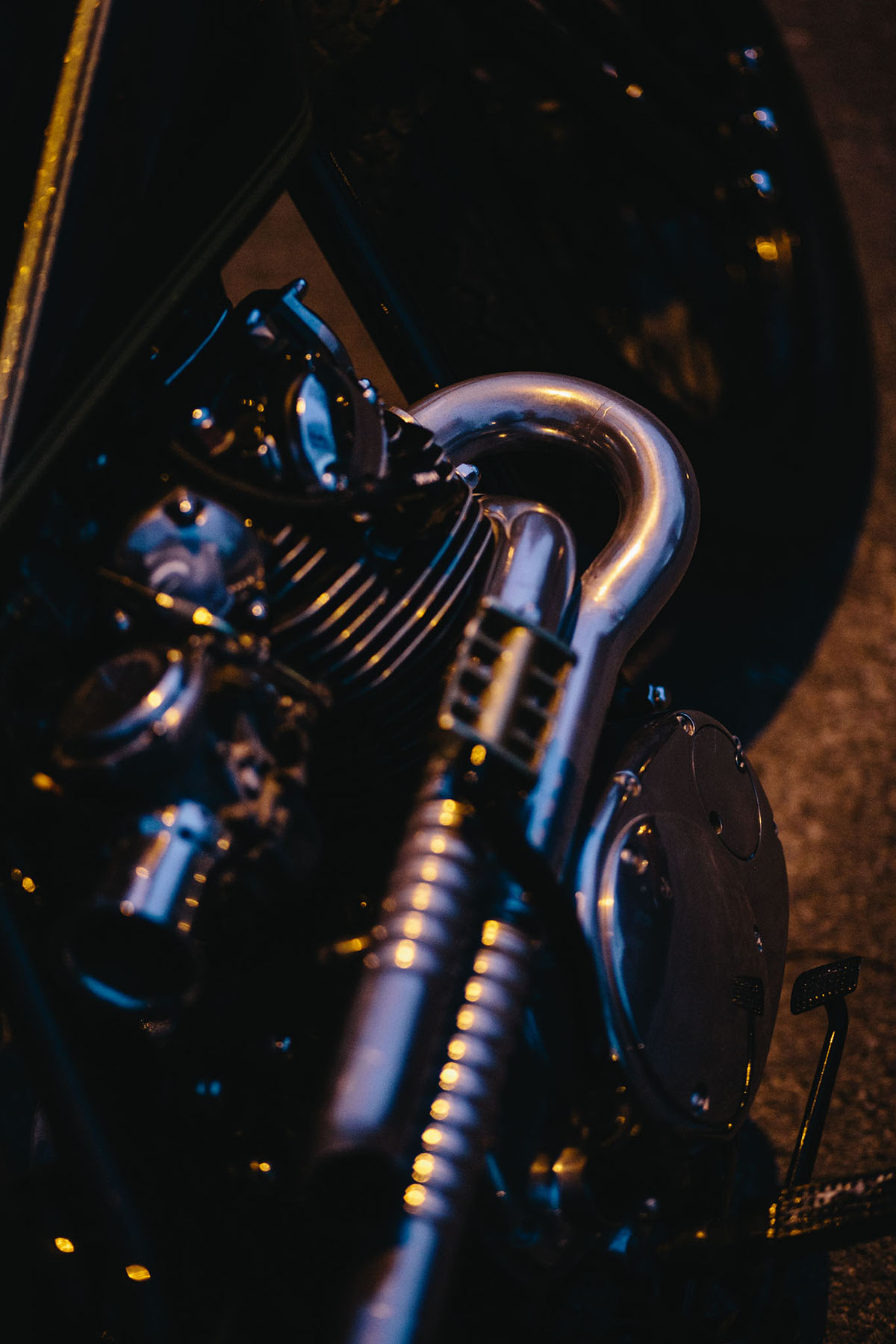 “The thing I love most about the bike is all the little hand made parts. I tried to make all the parts look interesting while still doing their job, and also blending into the bike. It’s such a fun bike to ride, it’s so long and low it just feels good and actually handles really well around the hills where I live.” 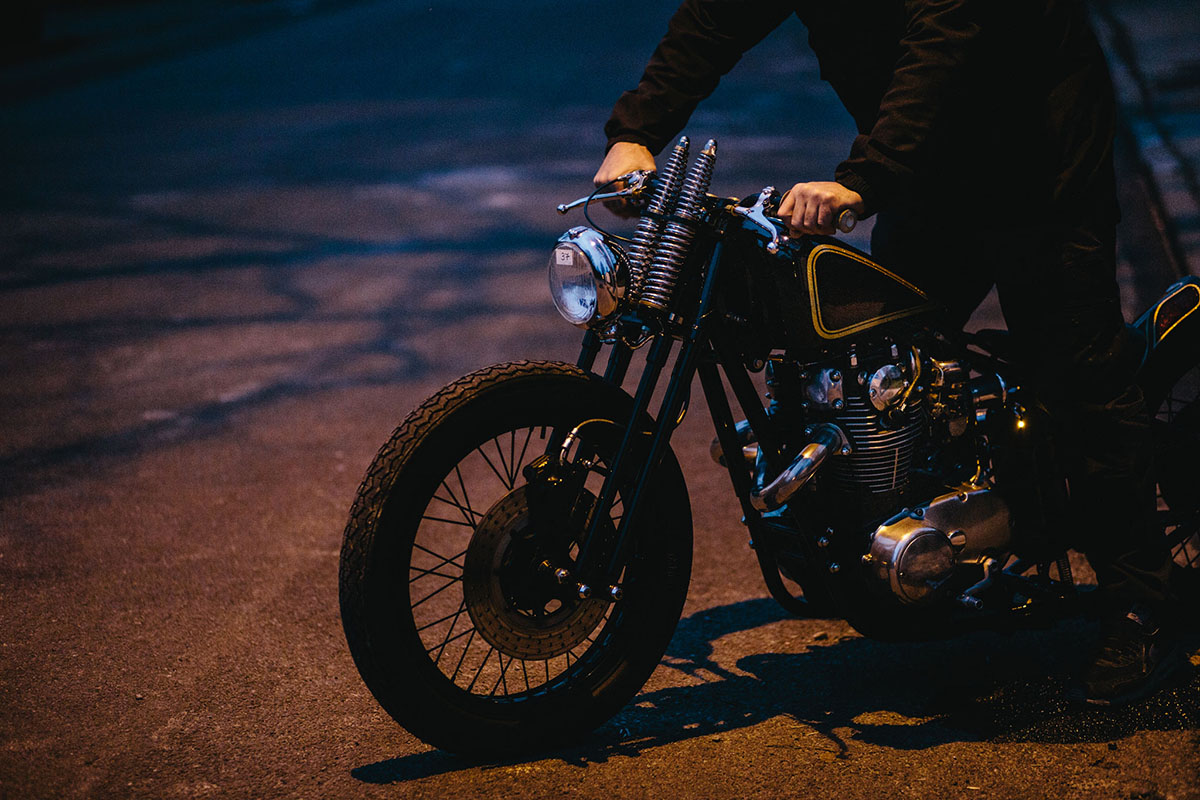 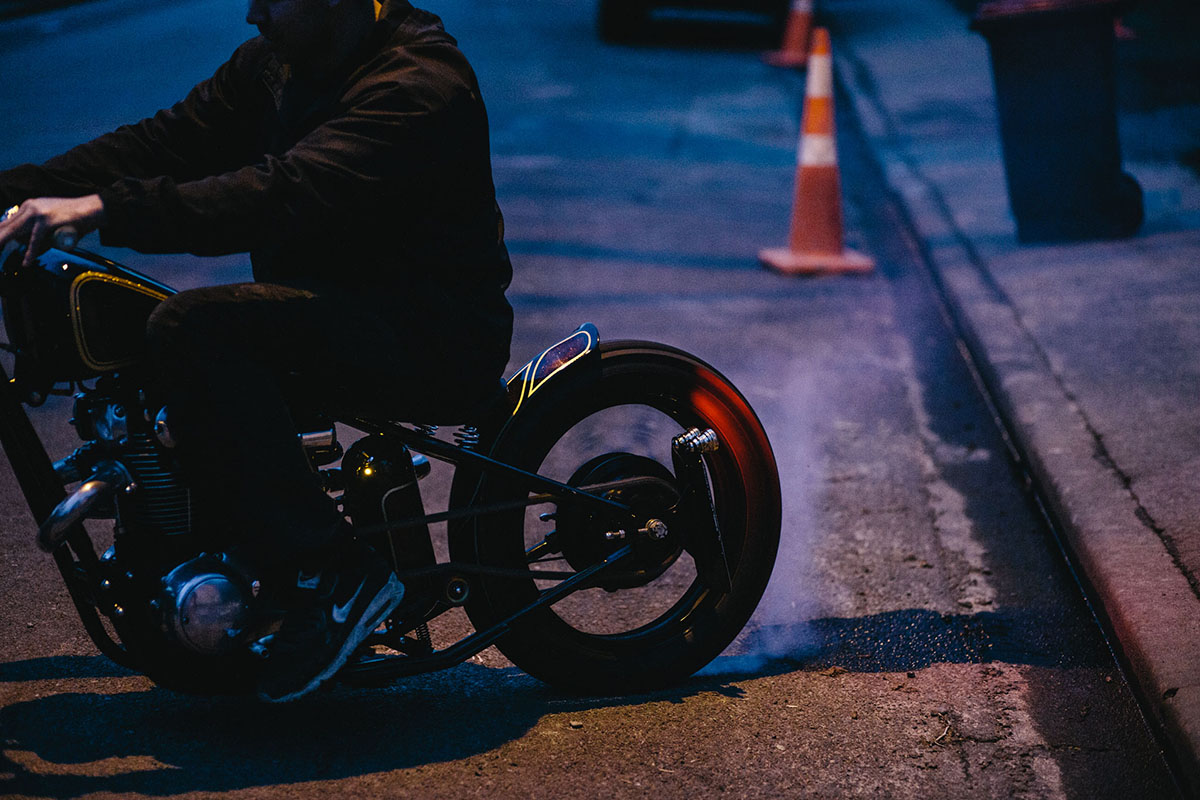 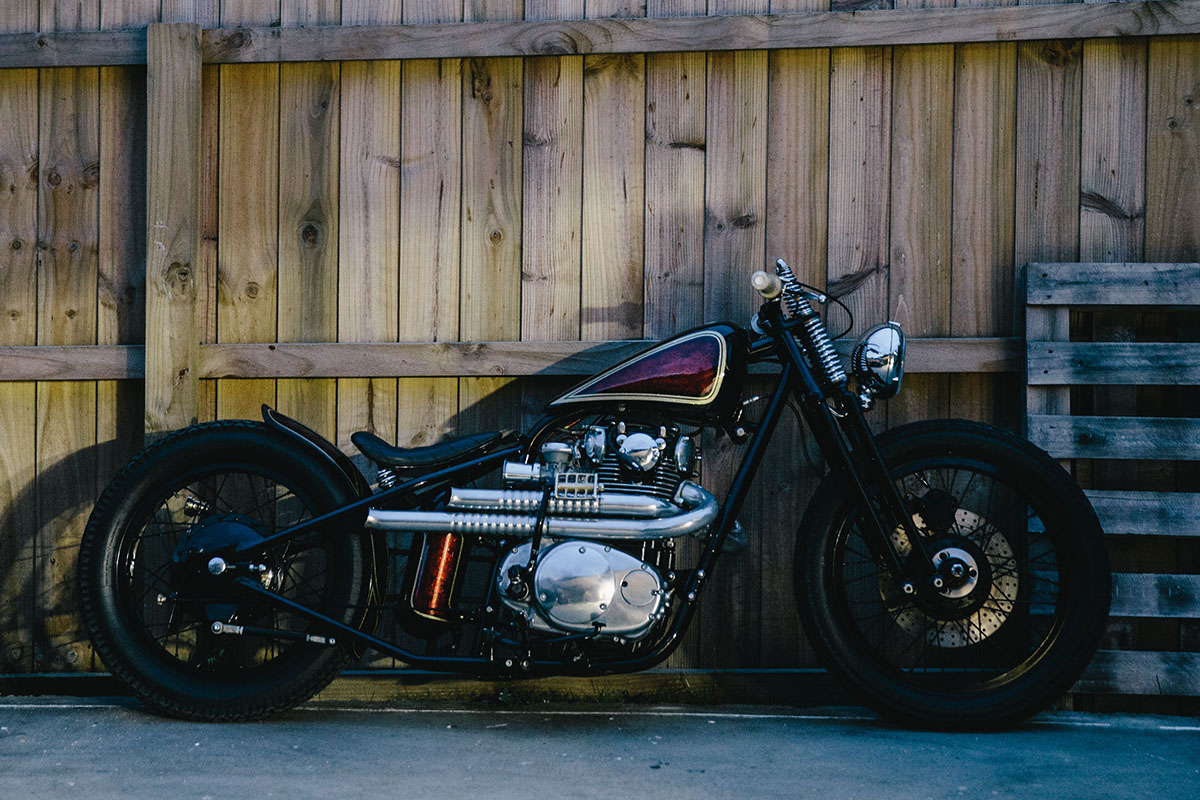