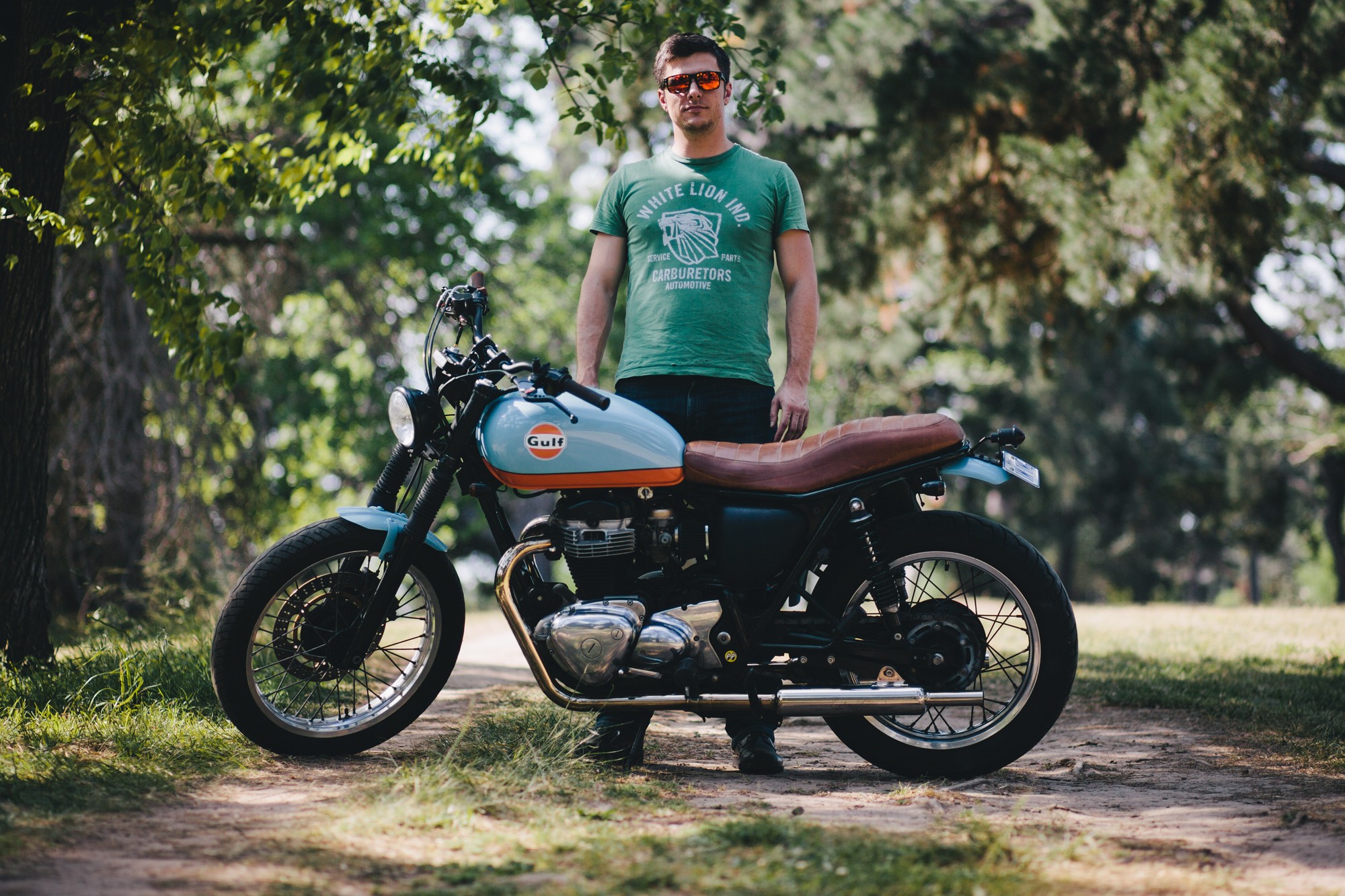 You’ll read about plenty of motorcycle riders coming from a proud family history that also rode. Vlad however will be the first to admit his roots when it comes to bikes isn’t quite as rich or exciting, but it must all start somewhere and hopefully he is the first in a long line of riders in his own family.

Vlad first started on 2-wheels after buying a 125cc scooter for his wife which he also started riding. “She stopped using the scooter and it just sat in the car park collecting dust. Sure enough that thing was either stolen or towed away, I parked it in Richmond and forgot about for about 3 months, I’m sure it’s found a good home.” 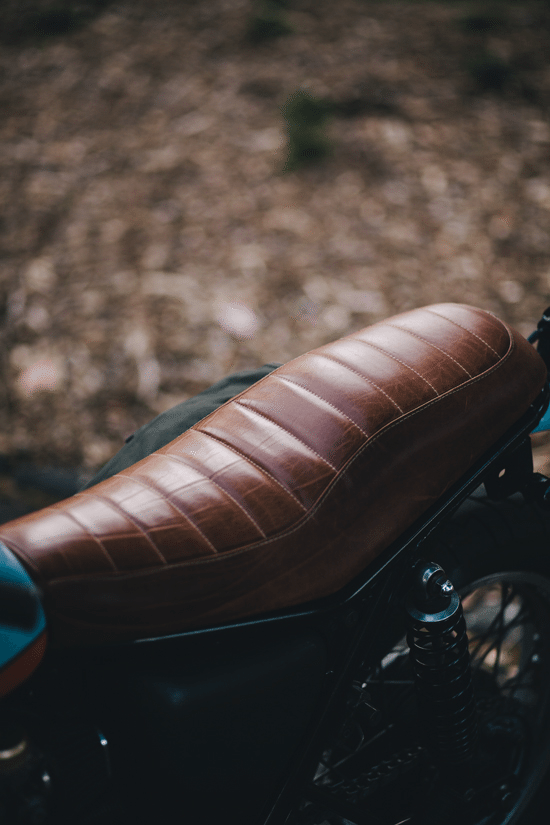 Little did Vlad know this unsuspecting introduction into motors on 2-wheels would result in him wanting more power, and more machine. It was time to upgrade to a proper motorcycle, and so the search began.

“As with a lot of people, I very quickly came across Deus Customs and really liked what they were doing with small capacity Yamahas. I was pretty set on buying one, but after going for a test ride I wasn’t blown away at all. I needed something with more performance, and the look was a bit too skinny for me. I looked at some 400cc bikes, and kept researching for something that would be right for me. I finally came across the Kawasaki W650. 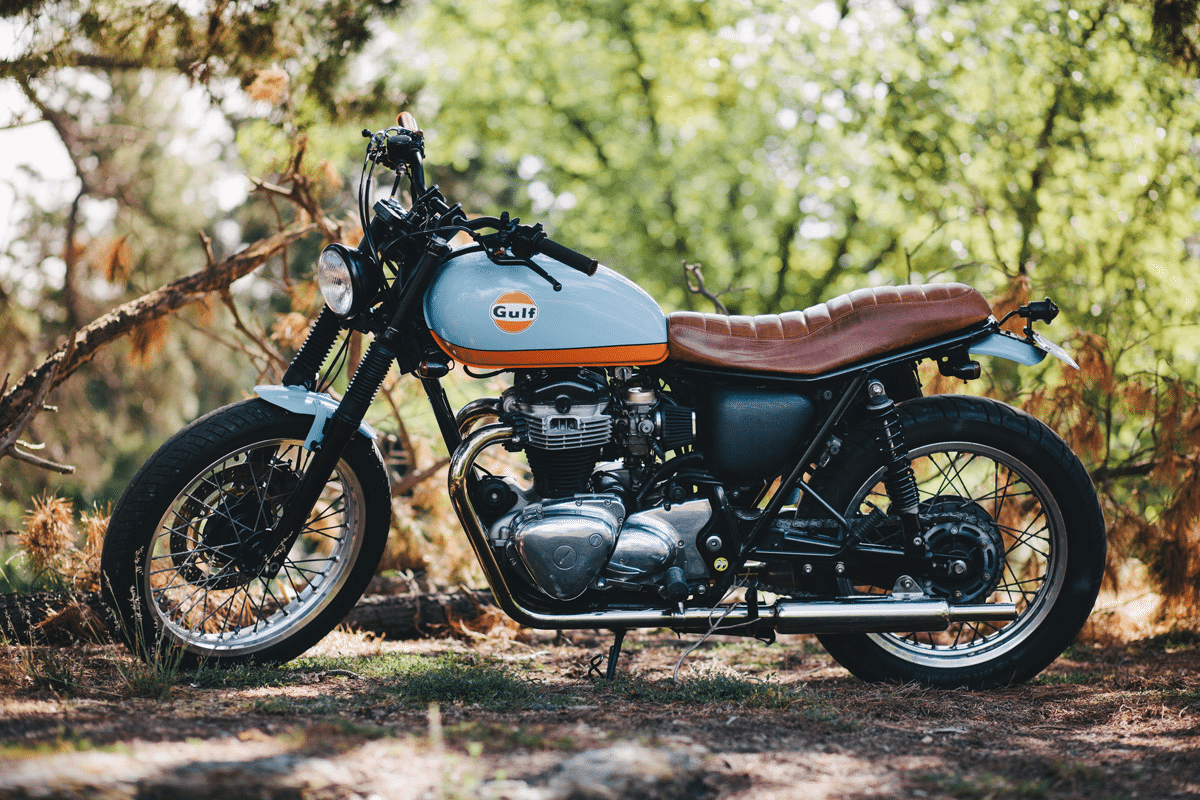 The more I read about this bike the more I wanted to ride it, and after a rest ride I was set – I loved it. I found one for sale on Bikesales in QLD and had it shipped down.”

When the bike arrived, it was time to add some personal touches to really make this machine Vlad’s own. “While I was researching what bike to get I came across Rob Wood’s Rotax BMW tracker out of the States. I thought that thing looked unreal and really wanted to replicate as much of it as I could, including the tracker seat/tailend combo.

I soon realised that trackers aren’t all that comfy for any rides longer than 3 minutes for what I was using it for, so I had to compromise.”

This being Vlad’s first bike, there were sure to be a tricky part or two in giving it the look he was after. “I’ve never held a spray can in my life before, and found myself spray painting the tank with a 2 pack system out of a can in a carpark of a residential building… shall we say lots of fun?” 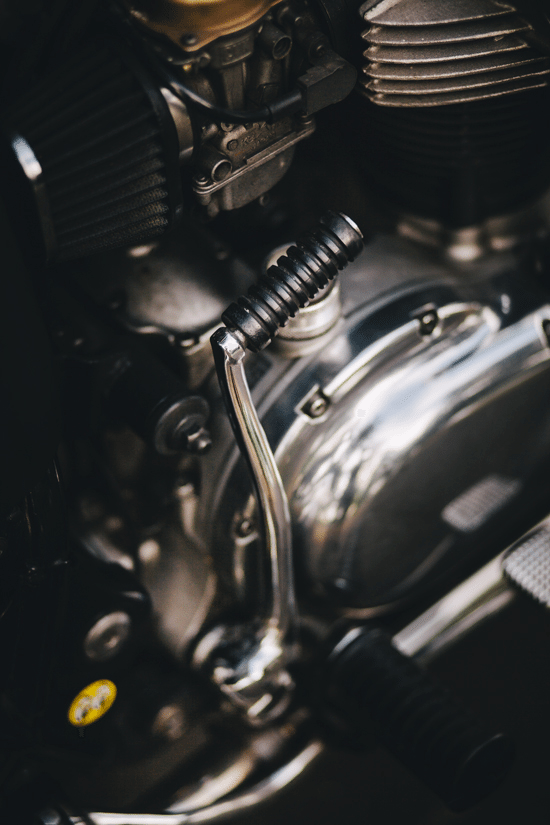 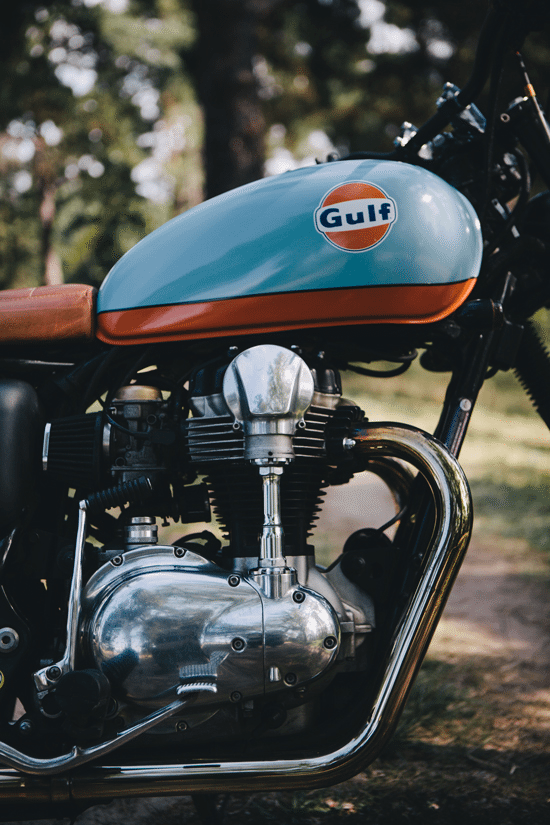 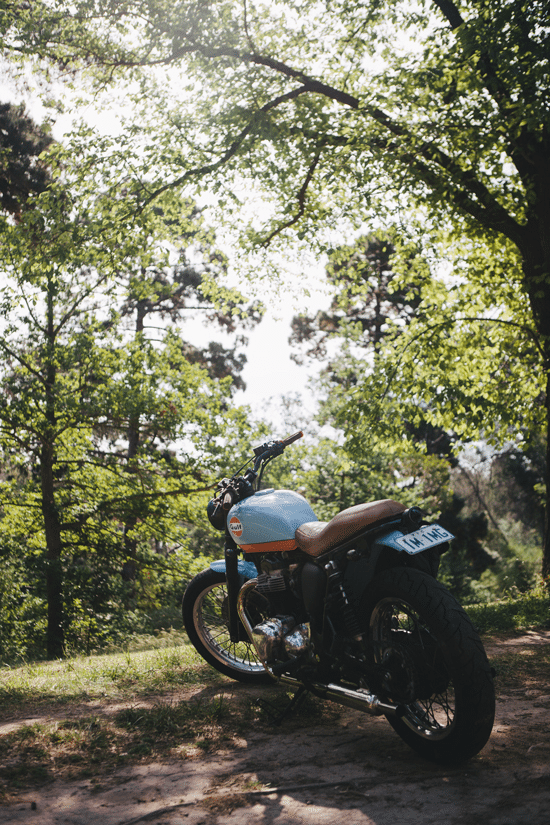 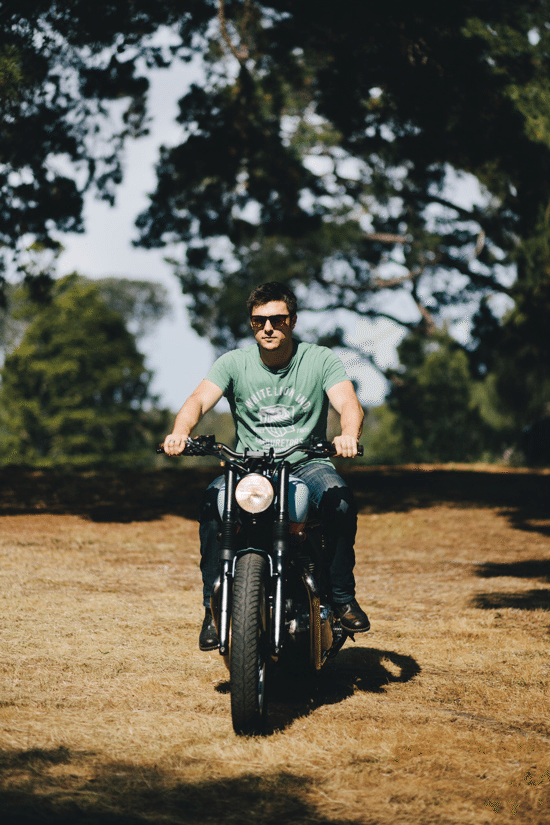 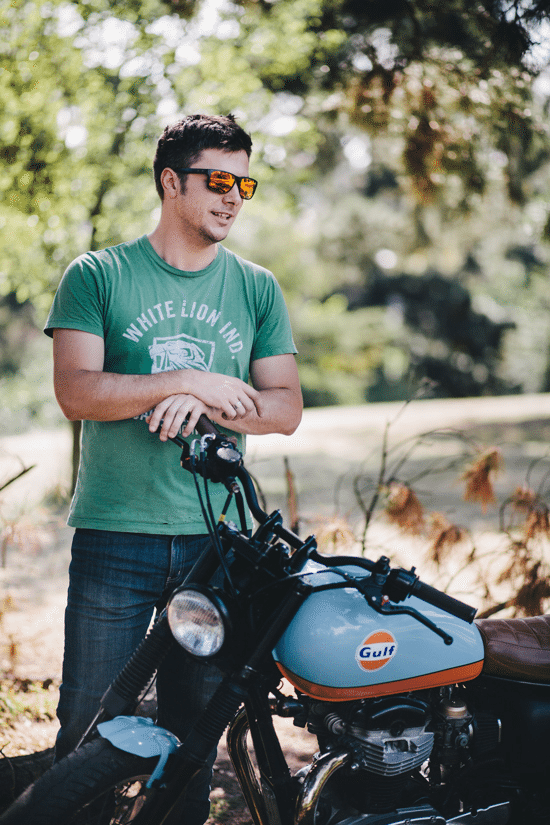 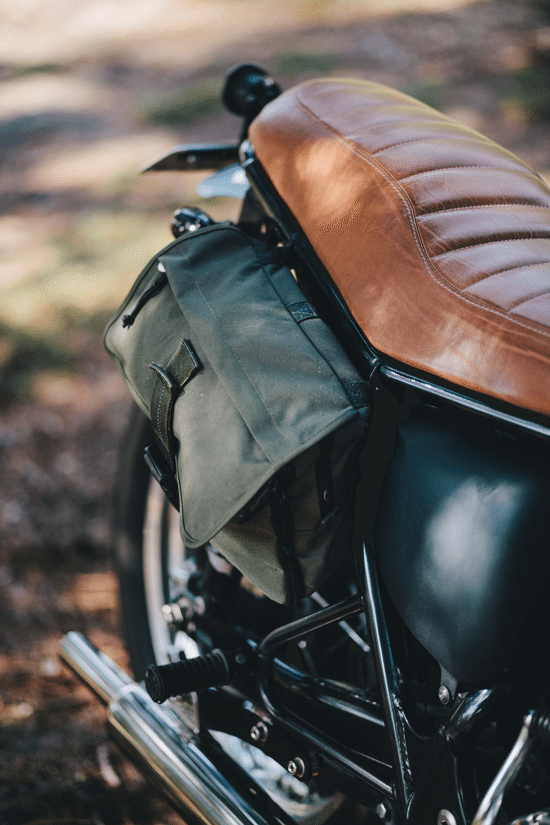 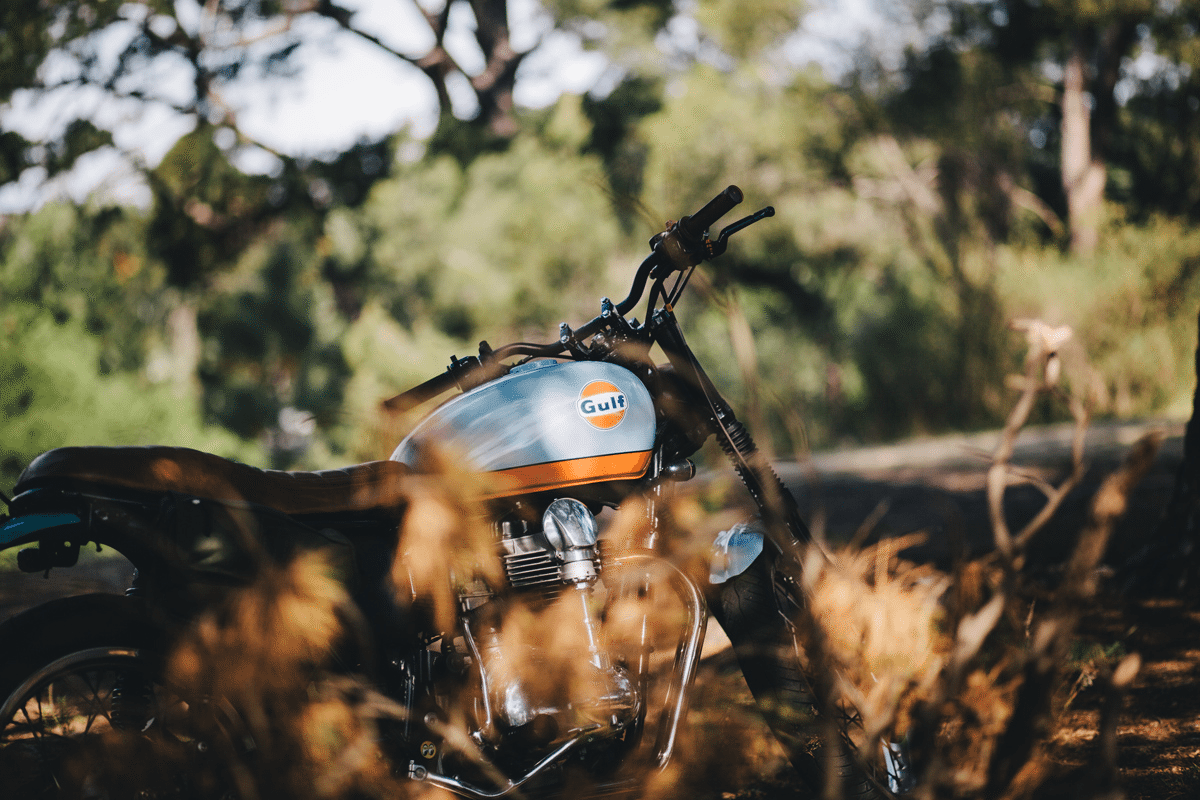 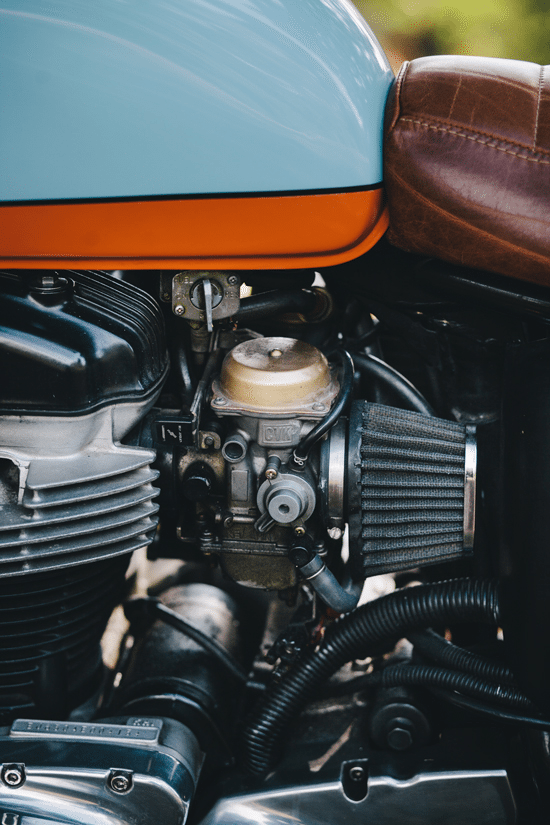 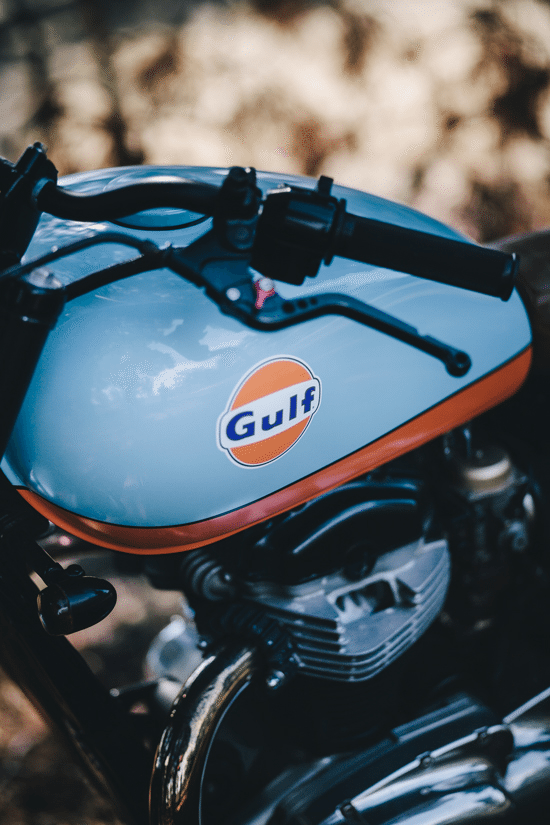 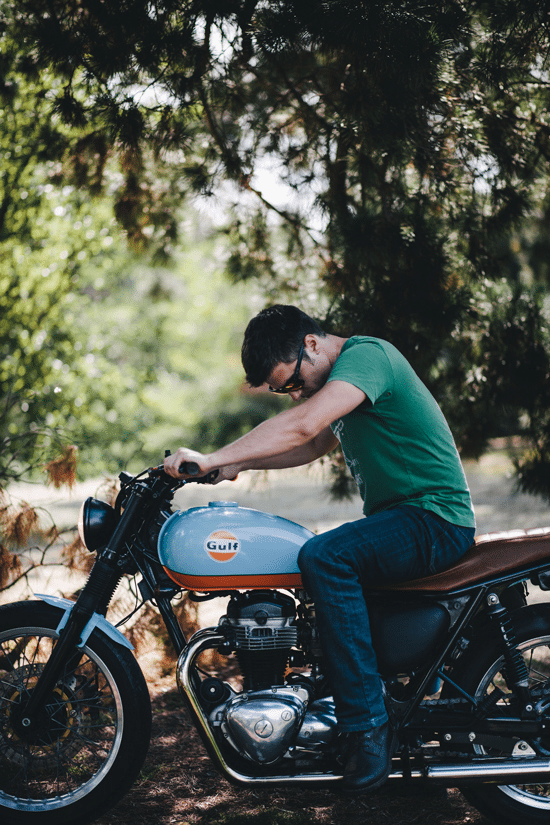 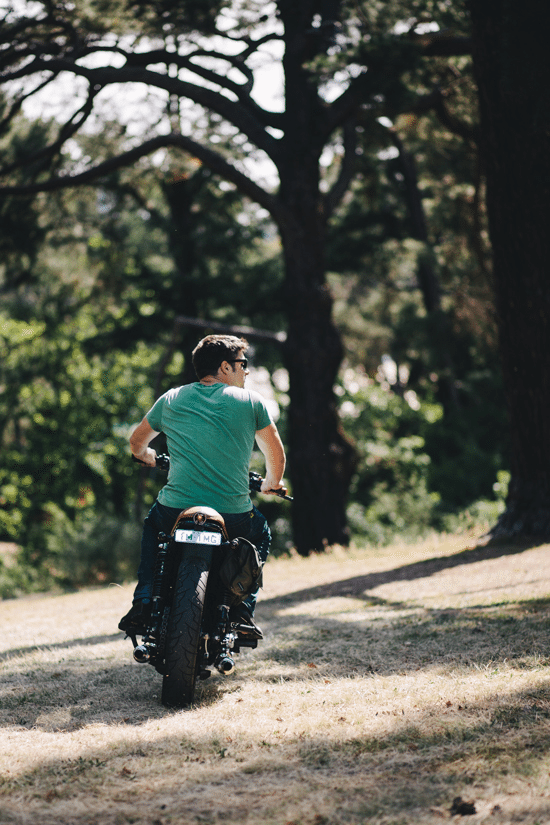