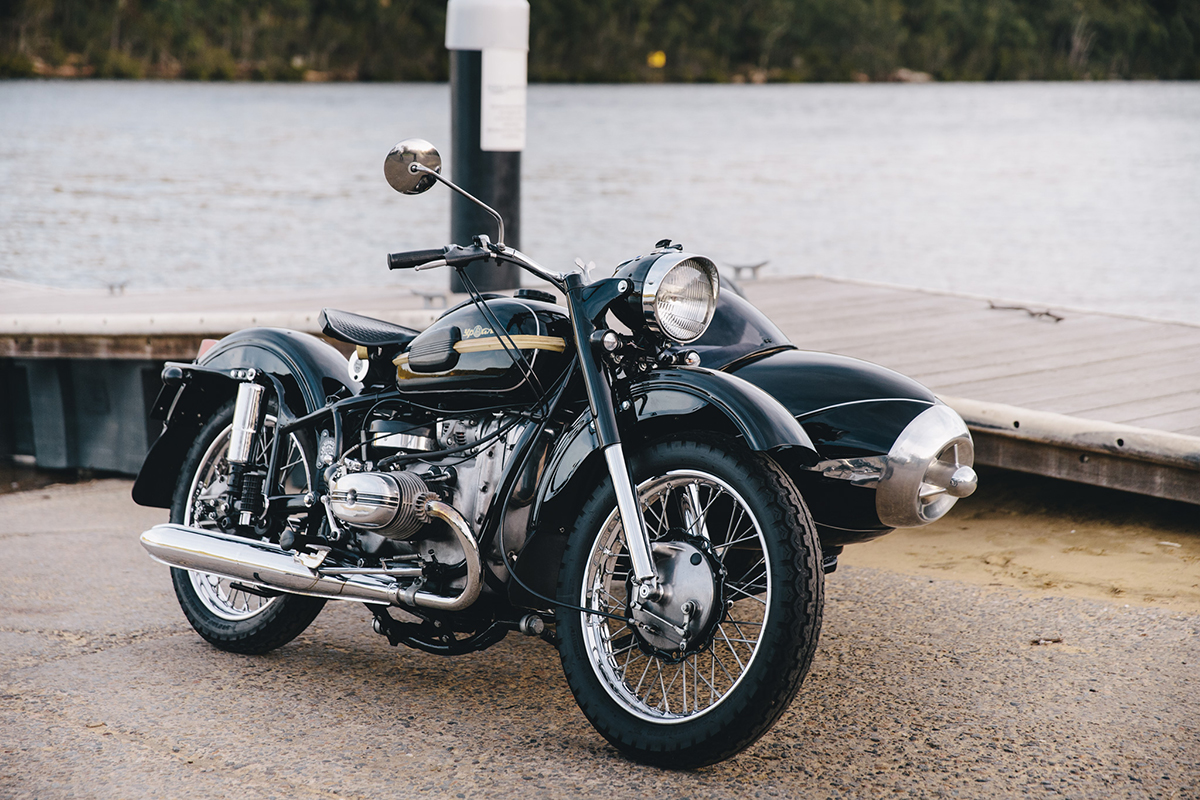 Back in the golden days of the ‘70’s when you could buy a Russian motorcycle new for a $1 a CC, Luke’s Father did the next best thing and grabbed himself a Russian Ural motorcycle second hand. From here, the bike would receive plenty of use before being handed down a generation, where it still gets plenty of love. 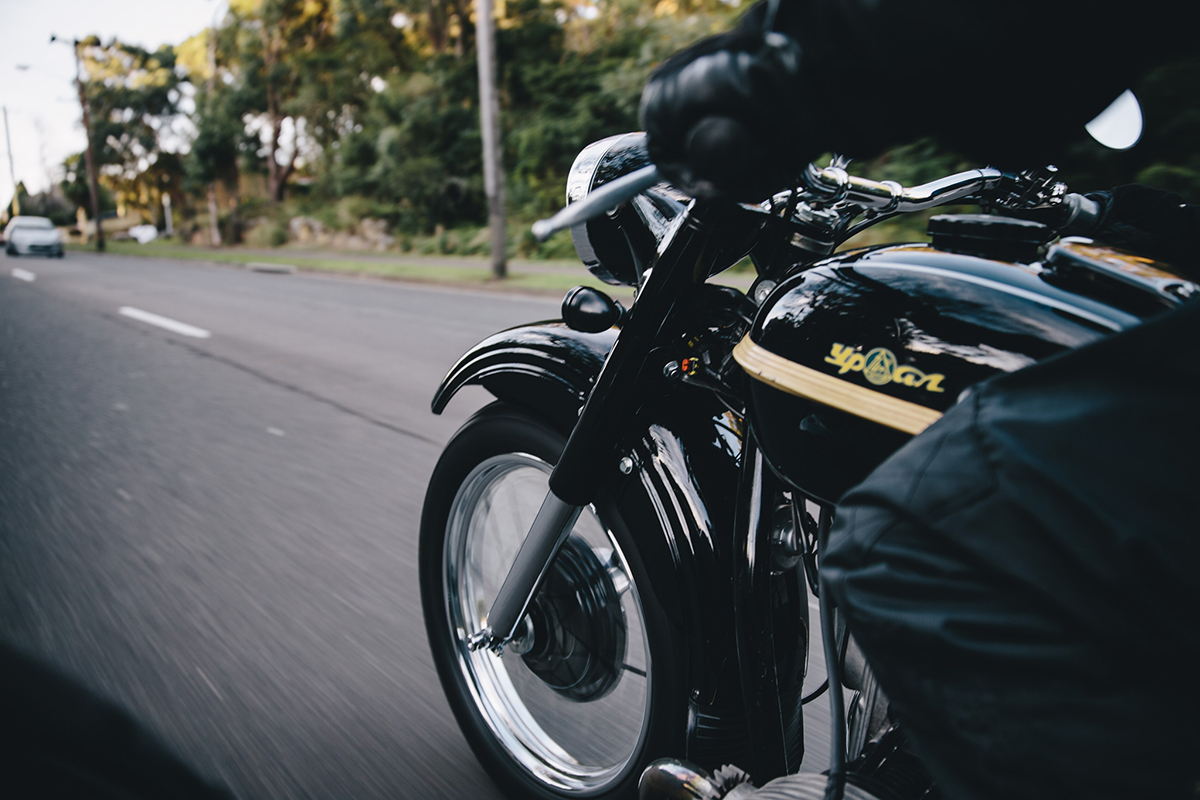 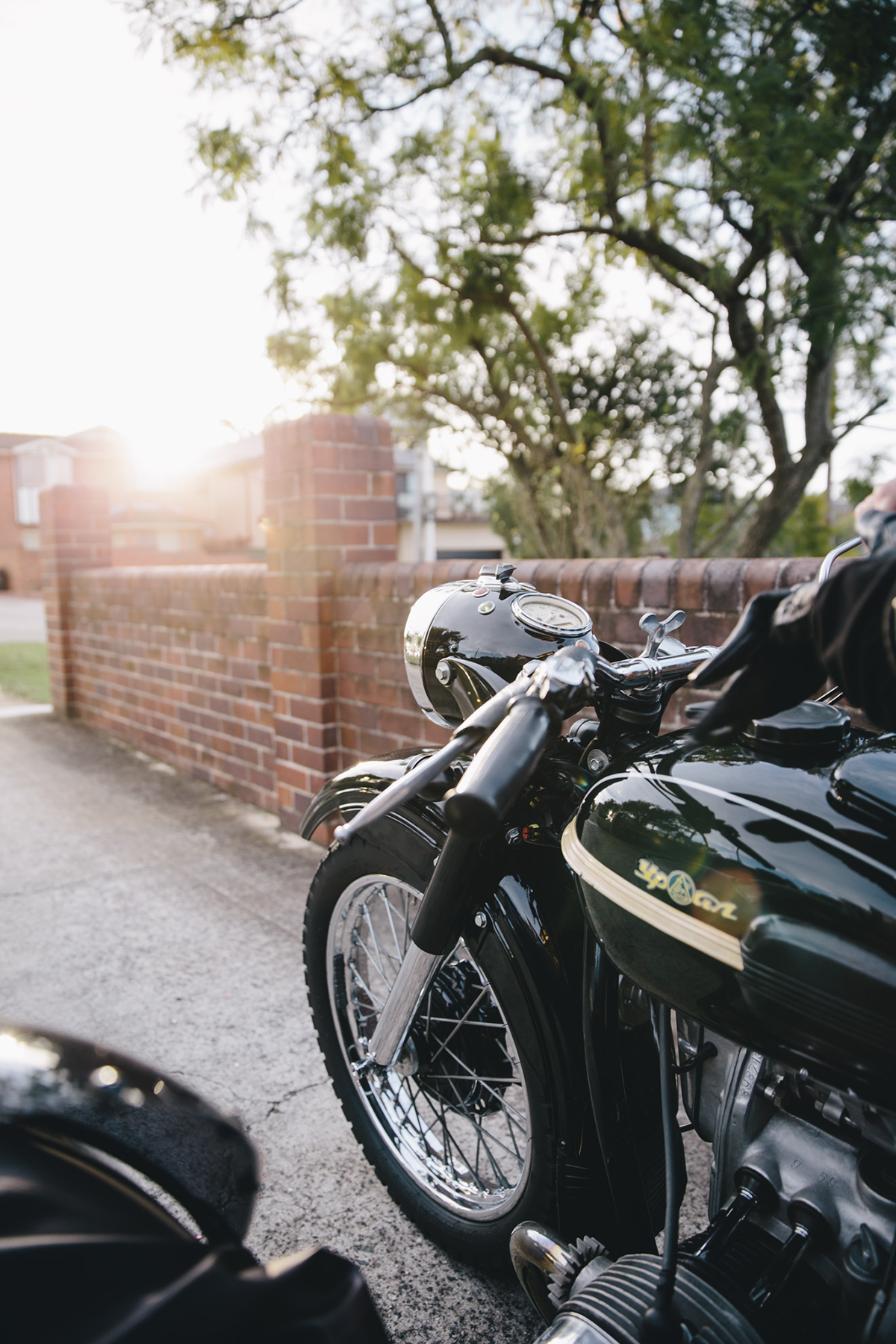 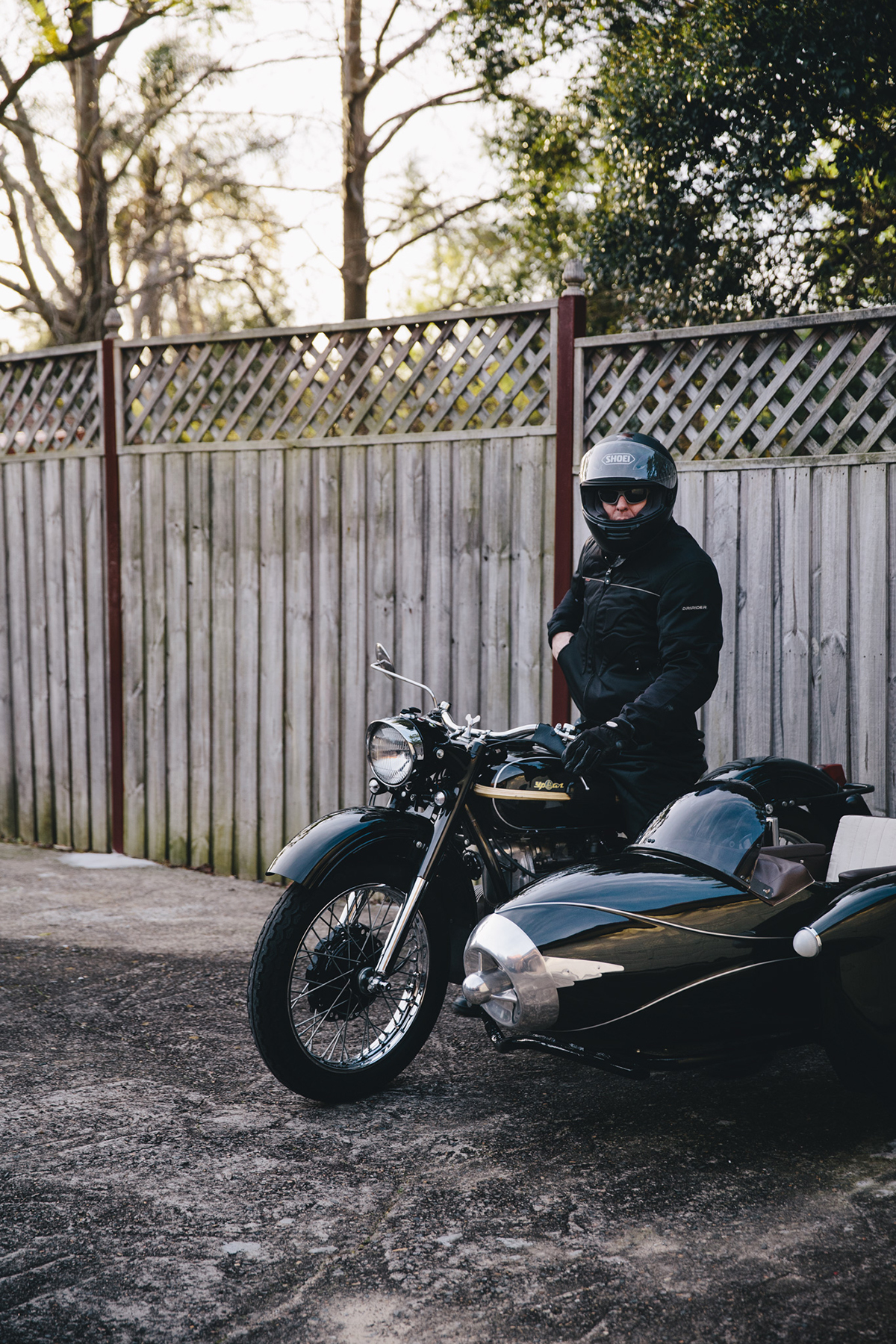 The bike was in a pretty sad state when first purchased all those decades ago, but Luke’s dad fixed it up and rode it well over the years. This 1969 Russian Ural M63 would be a much loved and used machine by Luke’s family until one fateful day in 1987 when a timing gear blew. After this, the bike sat quietly in a shed for years, gathering dust and eagerly awaiting it’s return to good use. 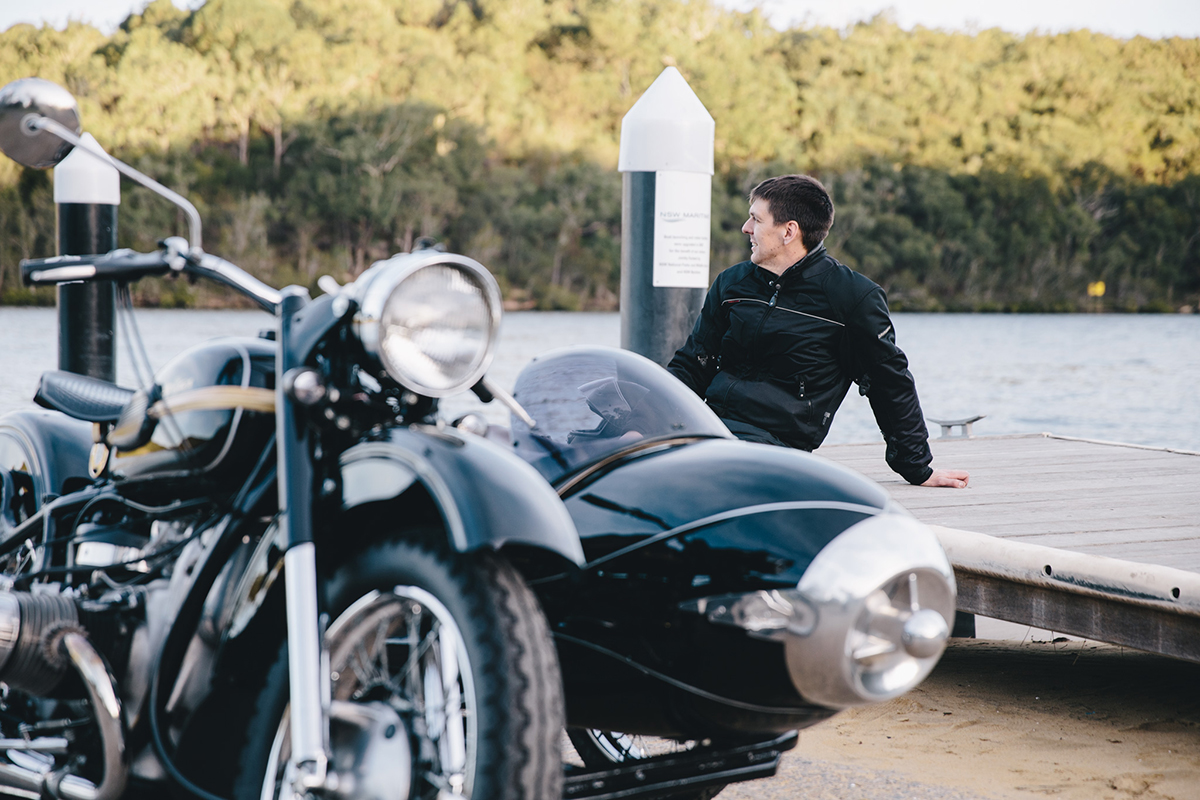 Fast-forward to the magical 21st century, the year is 2002. Luke had just picked himself up a nice new Honda CBR600 F4i, the first of the fuel injected ones. “I rode that bike on the road and track, and despite giving it a good walloping, the only maintenance consisted of checking tyre pressures, looking at the oil window and fixing crash damage. Working life was getting a bit corporate and I was getting concerned that I’d end up like some of my bosses; the sticks up their arses had sticks up their arses! I knew I needed to get my hands dirty on a project. After a few chats with the old man, and some sage advice that it wouldn’t be easy, I had a crack at getting the Ural running once more.” 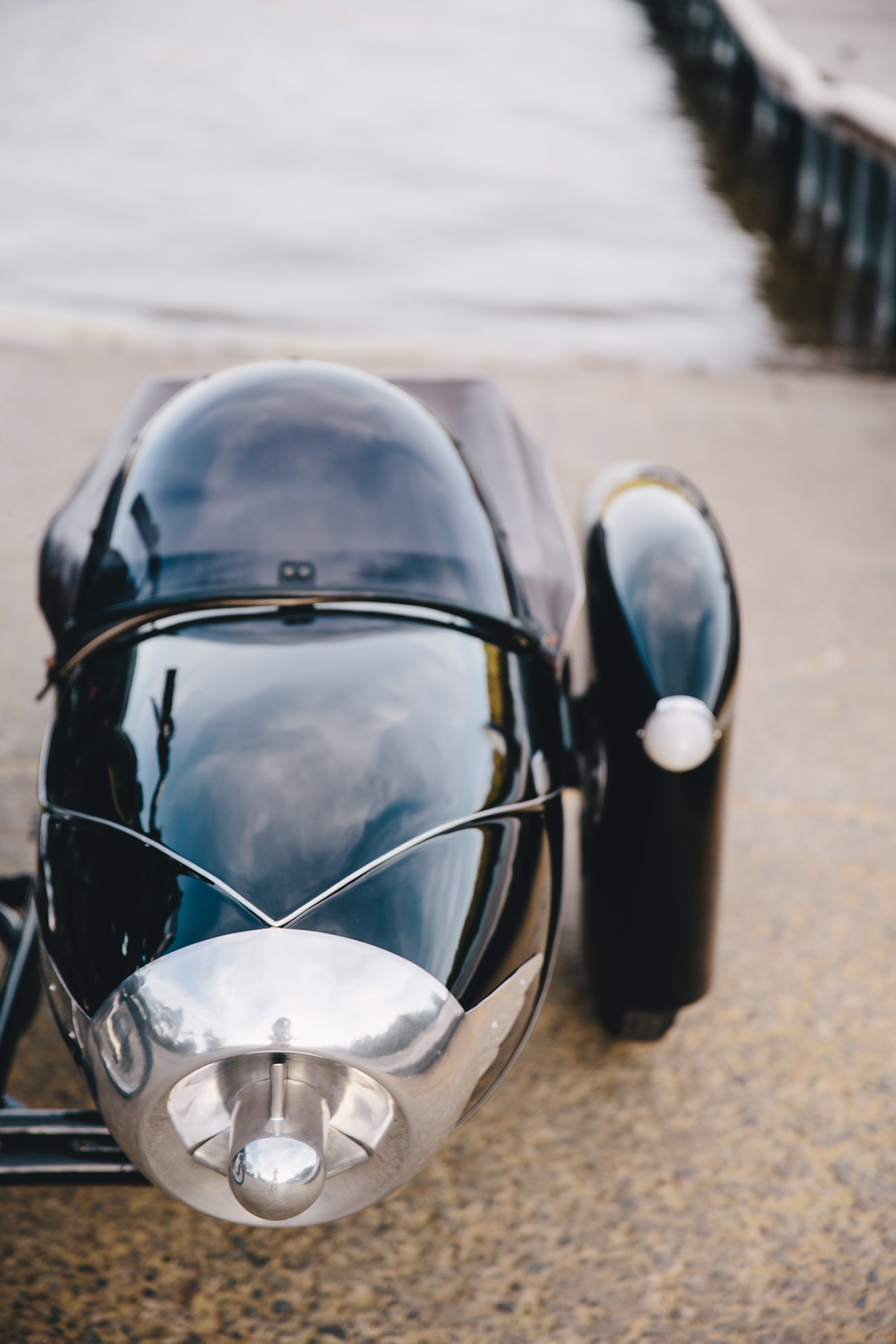 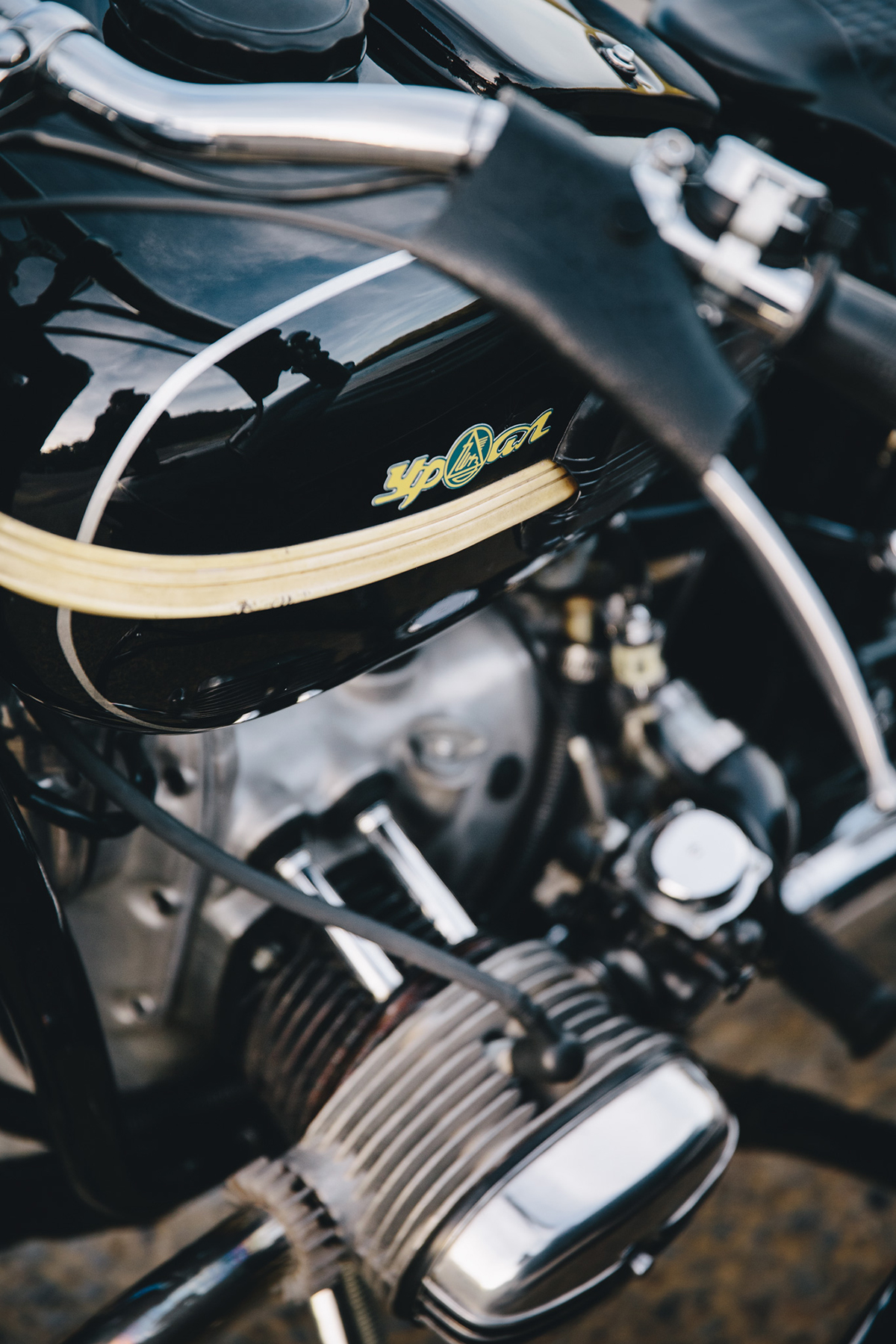 So Luke uncovered the once mobile Ural motorcycle and began the task of getting it back onto the road. The paint on the bike was still in good enough condition, and all the parts still attached to the bike however a full rebuild would still be required. “This was before Ebay or Google were really a thing, so getting parts was rather interesting back then. Fortunately the busted timing gear hadn’t made a mess of the engine. These things have a ballbearing big end, so I got down as far as pressing apart the crankshaft. It got to about 28 tonnes on a press and I thought I’d friggin destroyed it from the noise it made coming apart!” 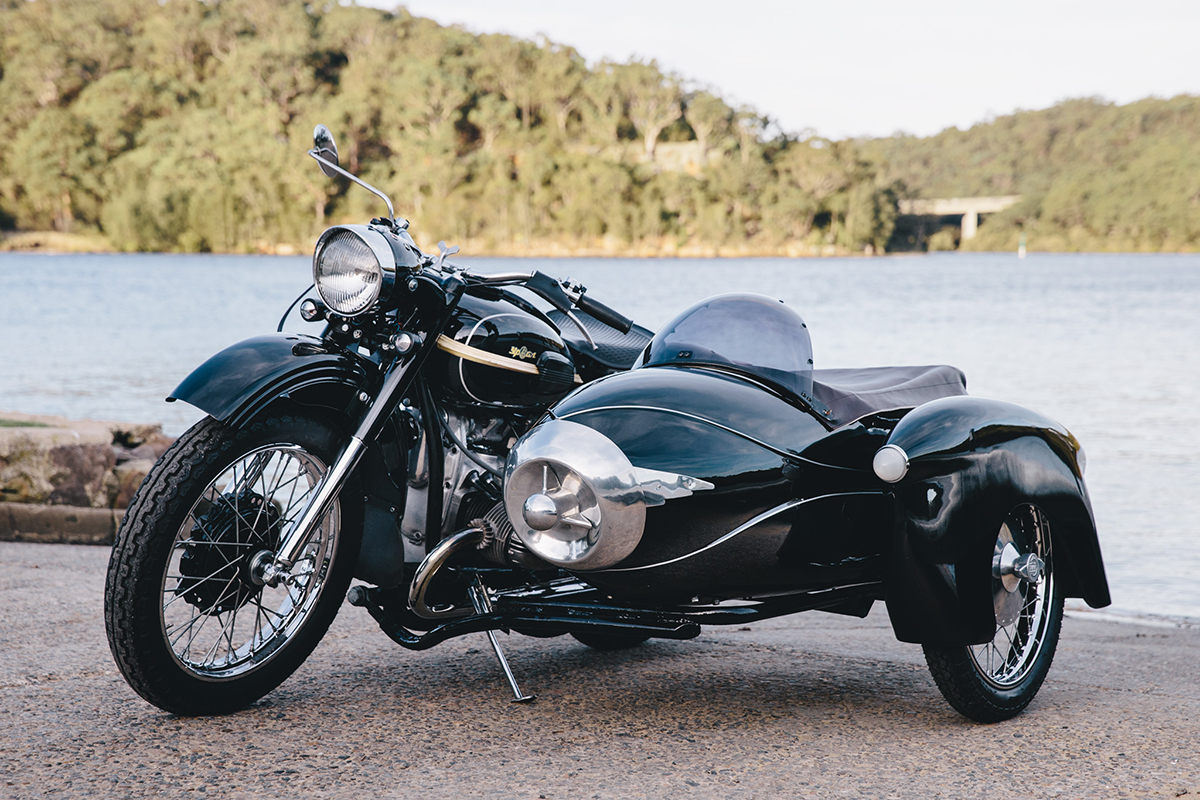 From here, the forks, gearbox and final drive got reworked as well. “I’d rebuilt an old DOHC CB a few years before this – Japanese engine assembly is a treat compared to Russian engine assembly! It’s just plain frustrating. You’ve got to do each assembly step 3 times before you figure out how it goes together. Fortunately, basic tools are enough to do the job.” 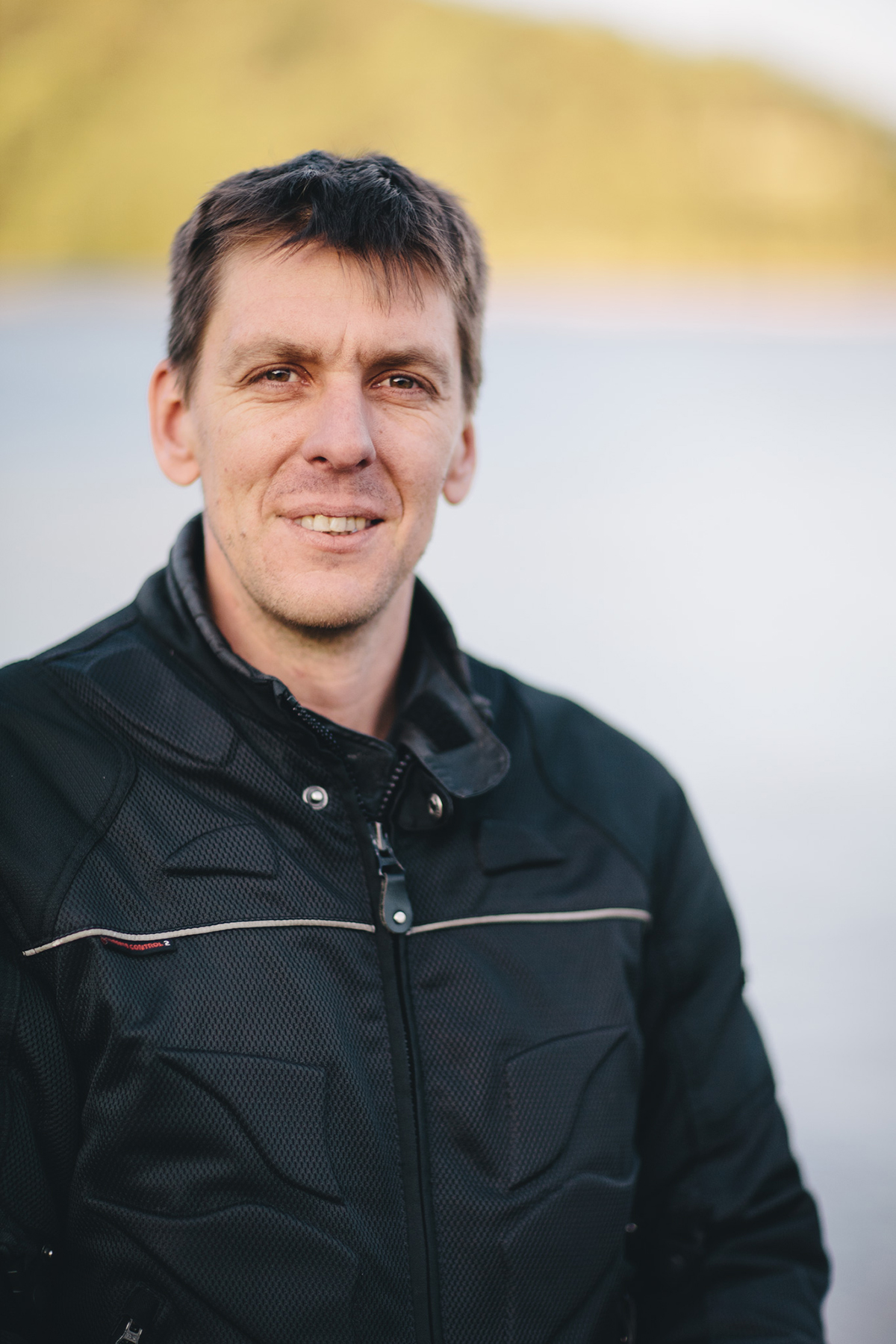 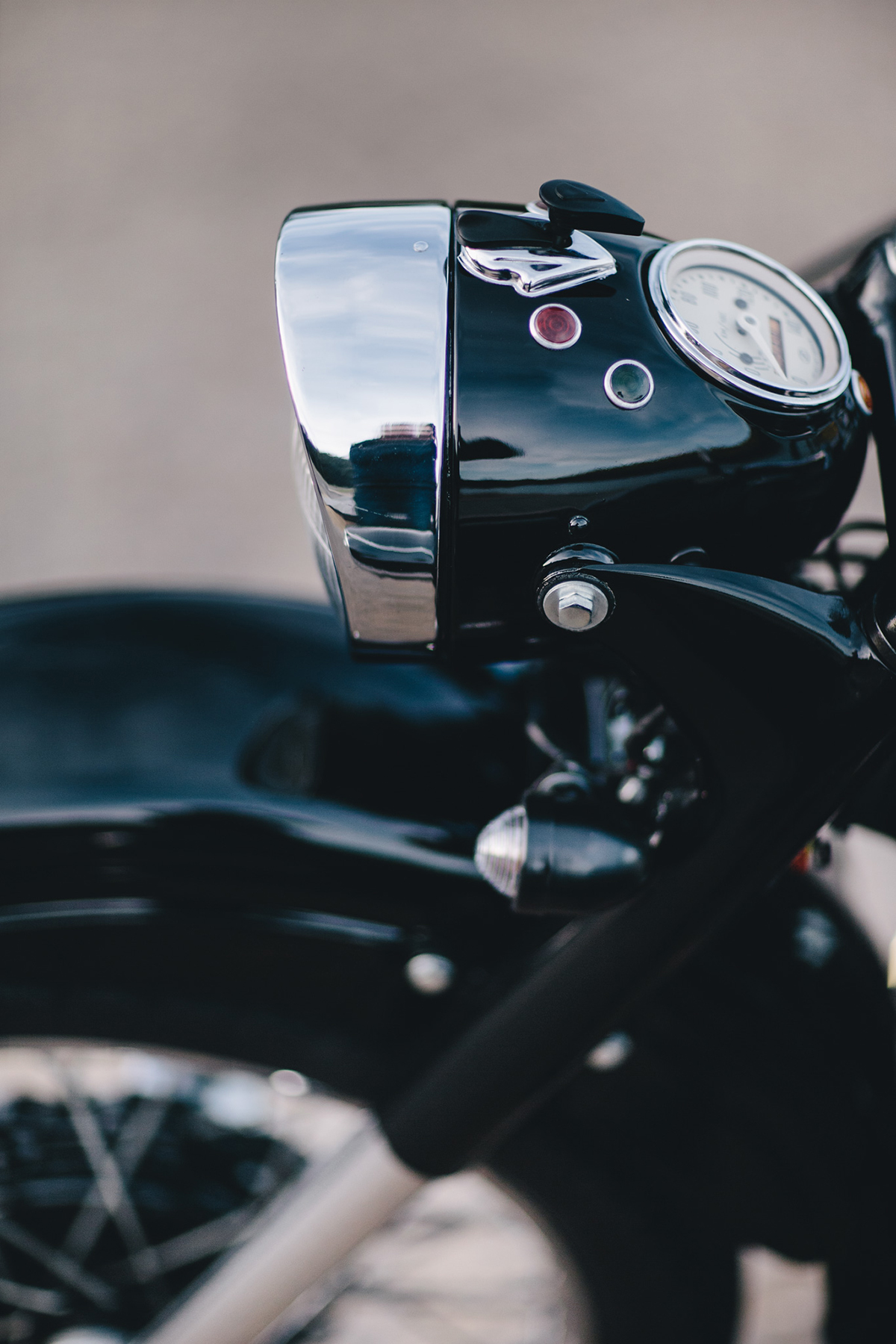 By 2004, the hands-on project Luke had set himself with the Ural was on hiatus, as apartment living, kids and a career became the focus of his time. It wasn’t until 2009 that Luke had himself a small shed to keep the bike in and work on. Now the finishing touches on the bike were to be completed, and by 2010 the bike was registered for road use.  “Nostalgia aside, Russian carbs, ignition and electrics are just shit. I was now experiencing that first hand. The engine got hit with an angle grinder so that a 6v genny could make way for a 12V conversion. Next came bigger and better pistons and engine rings, big valves in the heads and porting to suit modern Keihins. The heads were skimmed a bit bringing the compression up about as far as you can get it without blowing stock head gaskets. To make it fire well I fitted electronic ignition, scratch built a loom with modern connectors and added relays and proper fuses.” 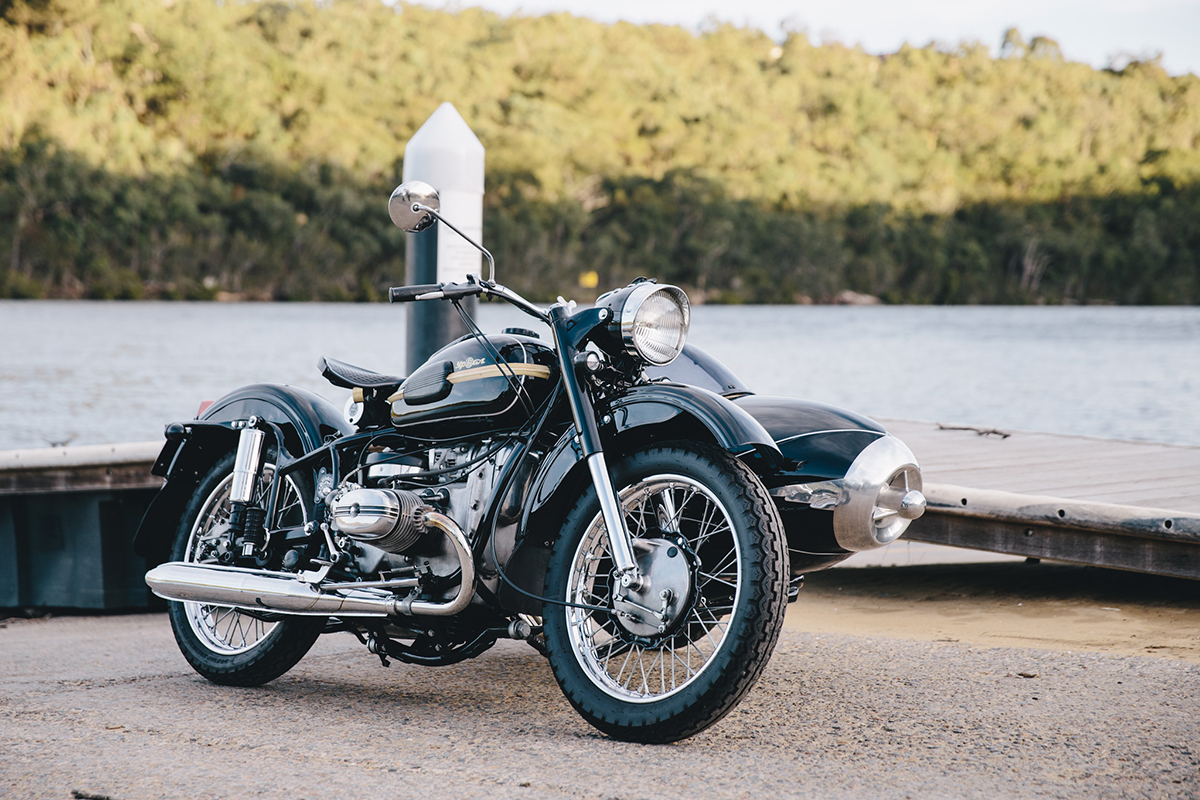 The bike would receive a new addition courtesy of a bit of elbowing from the old fellas in the Russian Motorcycle Club. “Apparently you’re not an all-round biker until you’ve had a sidecar. Knowing that there’s no better way to ruin a perfectly good bike then to strap a boat on it, I figured it would have to be ruined by something outstanding! I’d seen and read about the all aluminium Hungarian Duna sidecars that were made in the 50’s and 60’s, and in 2013 I made a passing comment to a Hungarian guy I worked with back then – “These Duna sidecars look great but they’re impossible to find”  The next day at work he mentioned he’d been looking at a Hungarian Gumtree type site and had contacted a guy who restores them. Long story short, he’d make whatever I wanted for just a few hundred thousand Hungarian Forints. After establishing exactly what the fuck a “forint” was, I was on the path to getting this new part of the project.” 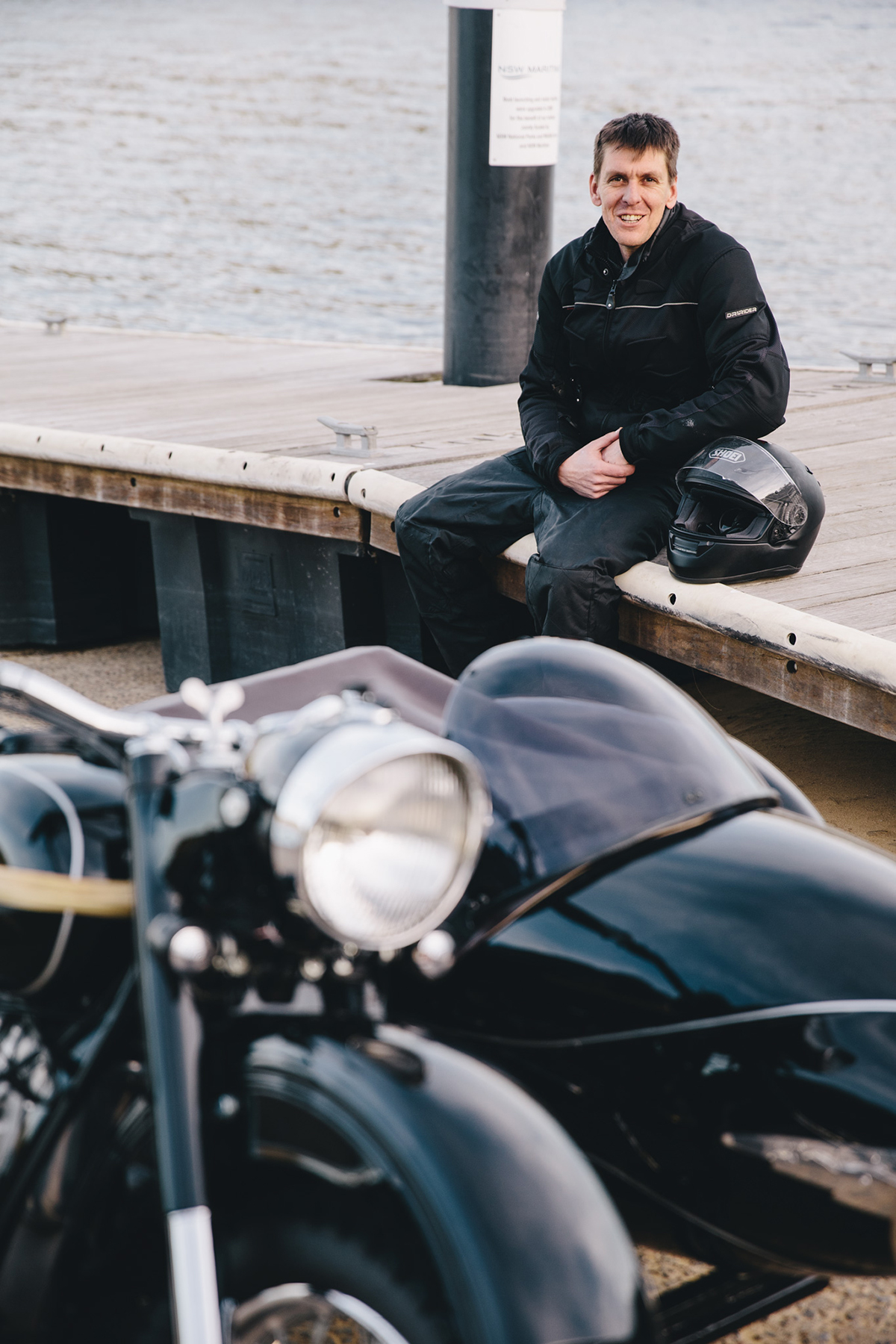 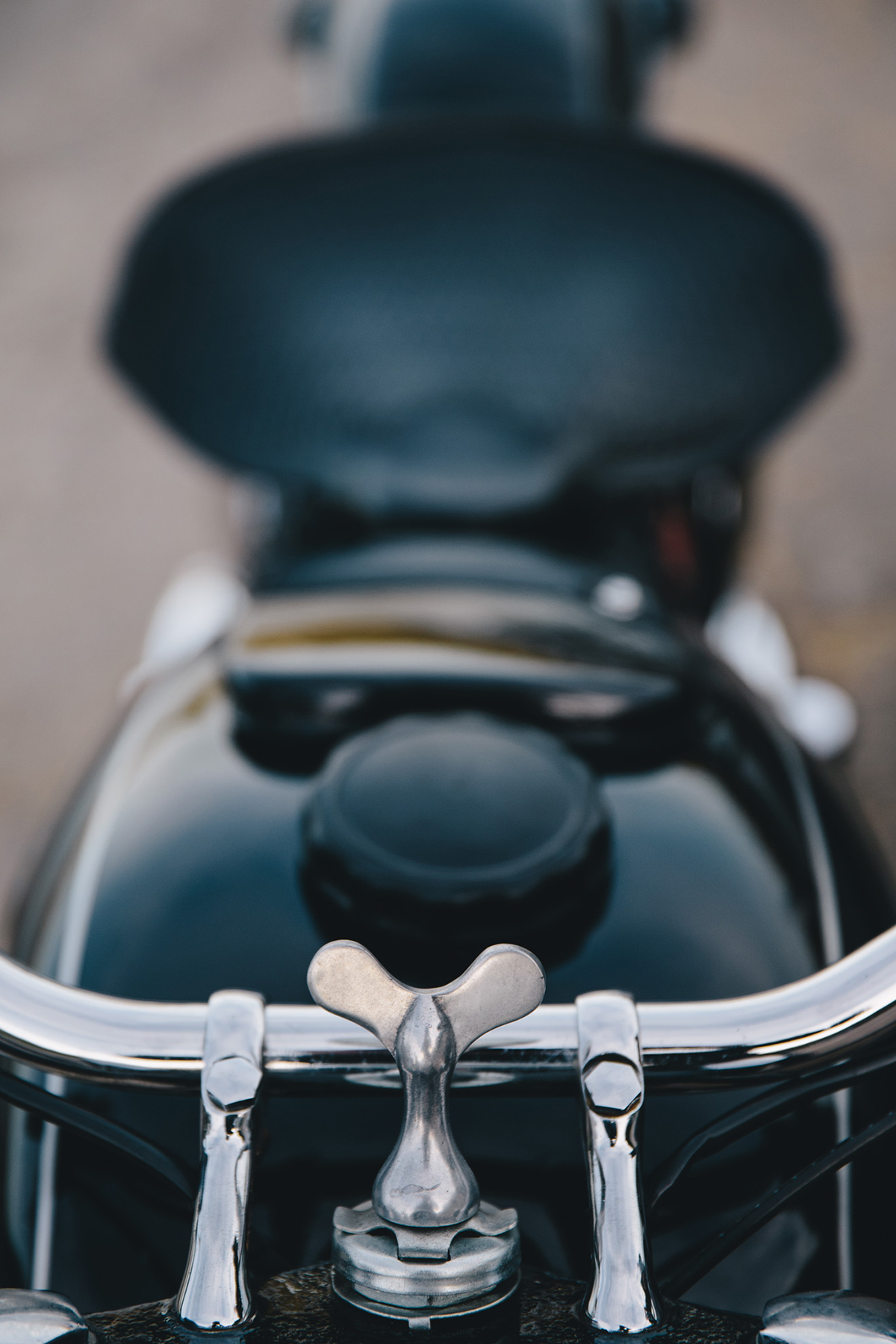 So away in Hungary, the work on the sidecar began. The body was restored, and the frame flipped upside down to suit the Antipodean roads – whilst also providing an unfinished wheel ad guard combo for Luke. “My work mate met him in Budapest whilst on holiday, looked in the crate and handed over the cash. It costed more dollars to ship than forints to buy in the end.

Getting the sidecar out of the crate when it arrived was something else; I couldn’t believe how nice it was in the flesh!” 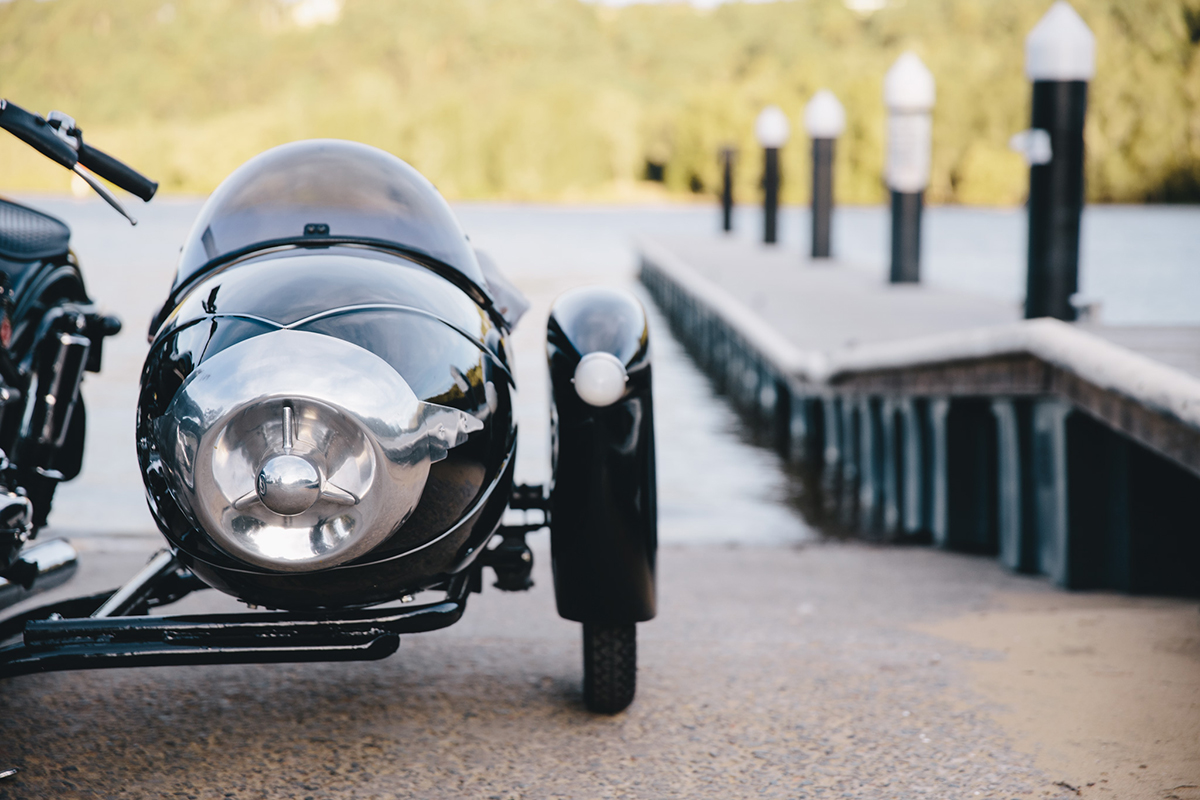 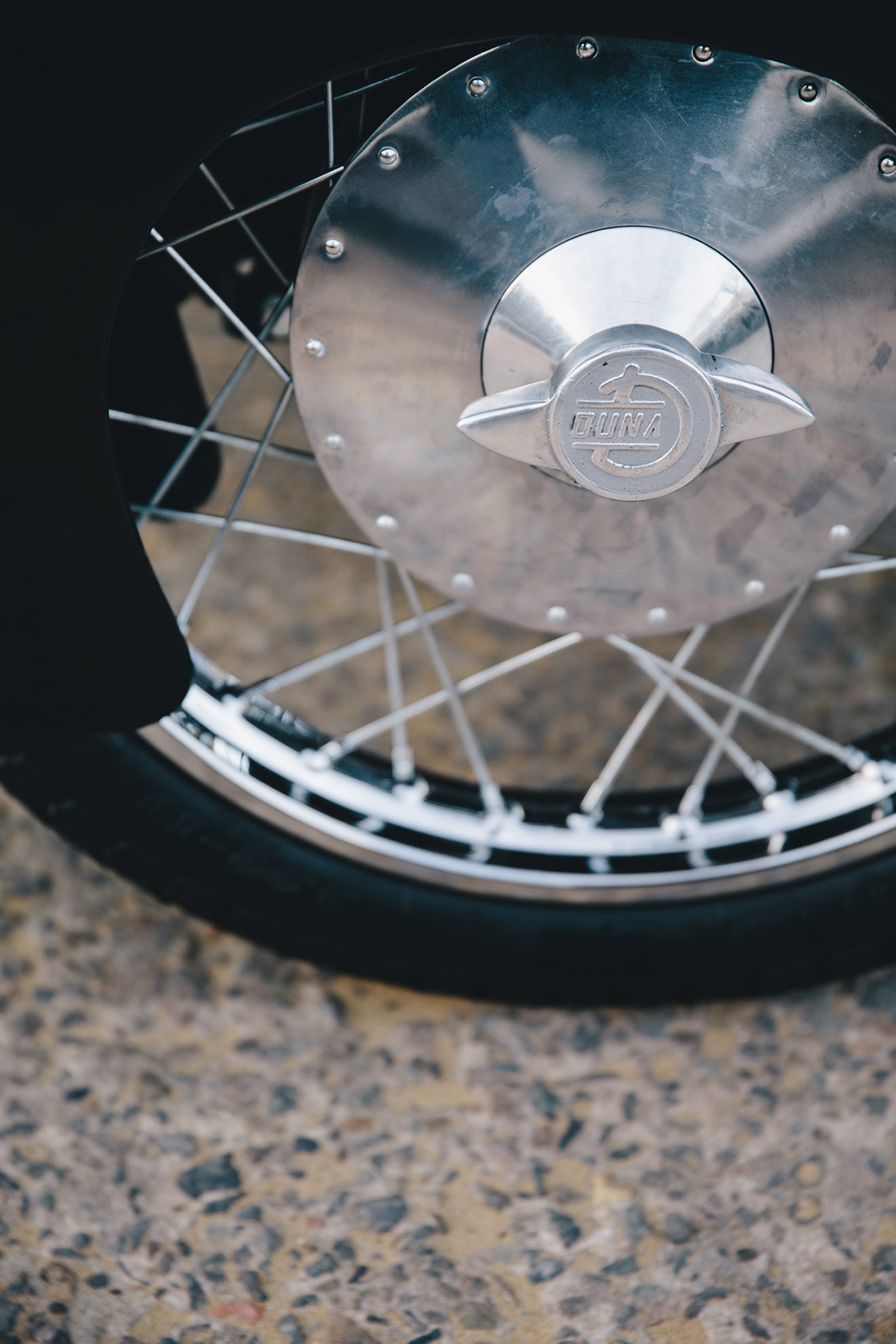 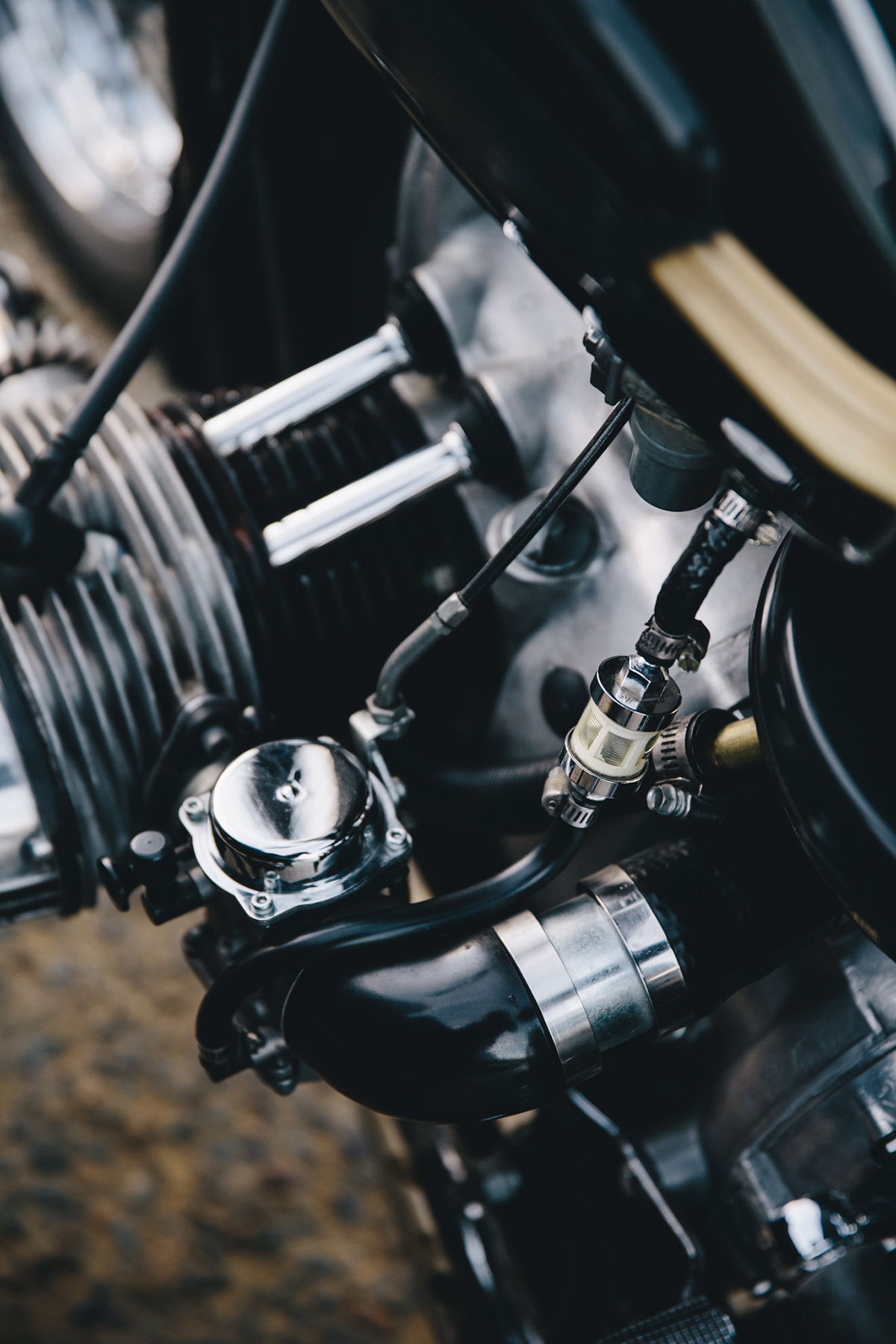 There’s one slight downside to all the years of work and history with such a build, well for Luke at least. “The one thing I don’t like about this bike is how damn precious I am about it these days. That sidecar body is a web of sweeping aluminium curves, one dint alone would be heartbreaking. Fortunately, the riding experience has evolved from significantly unnerving, to mildly disconcerting, to (after some frame strengthening), awkward but reasonably manageable. I’m planning to lower it a few inches to make it handle a bit better.” 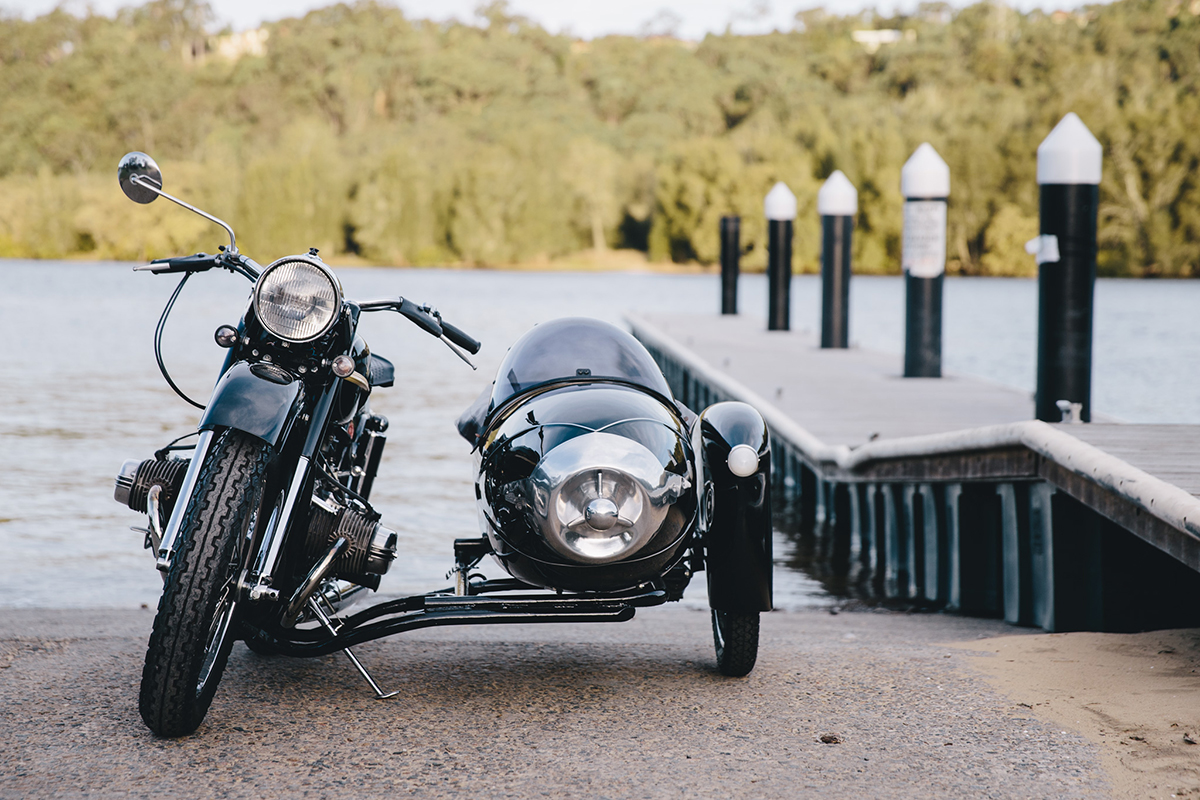 “As a solo bike it actually goes quite well and it’s nice to know that the opportunity is there to become more adept at riding in reverse gear. It attracts attention everywhere, especially with the sidecar on. The best part is that the Mrs and I take it out for Throttle roll and DGR. The old man takes my Kwaka and we pack a hamper and make a real day of it. That’s my favourite part.

I can’t wait to take the kids out in it, that’ll be really special. I grew up in the bush so the first trip to Sydney that I remember was when I was 5 years old and on the back of this bike. I caught the riding bug at a very young age and if the kids catch the bug, life will have gone full circle. Maybe that’s what it means to be an ‘all round’ biker.” 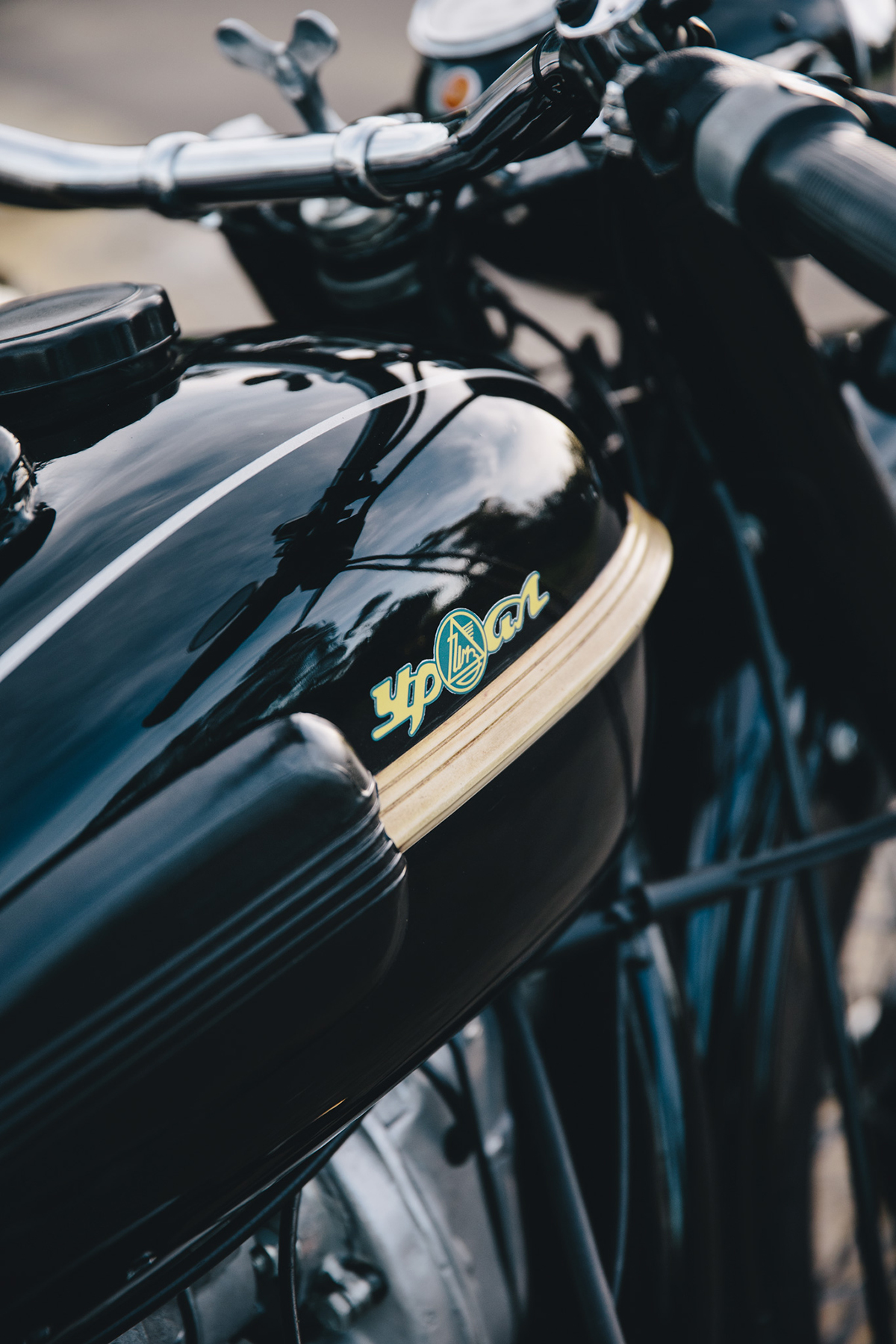 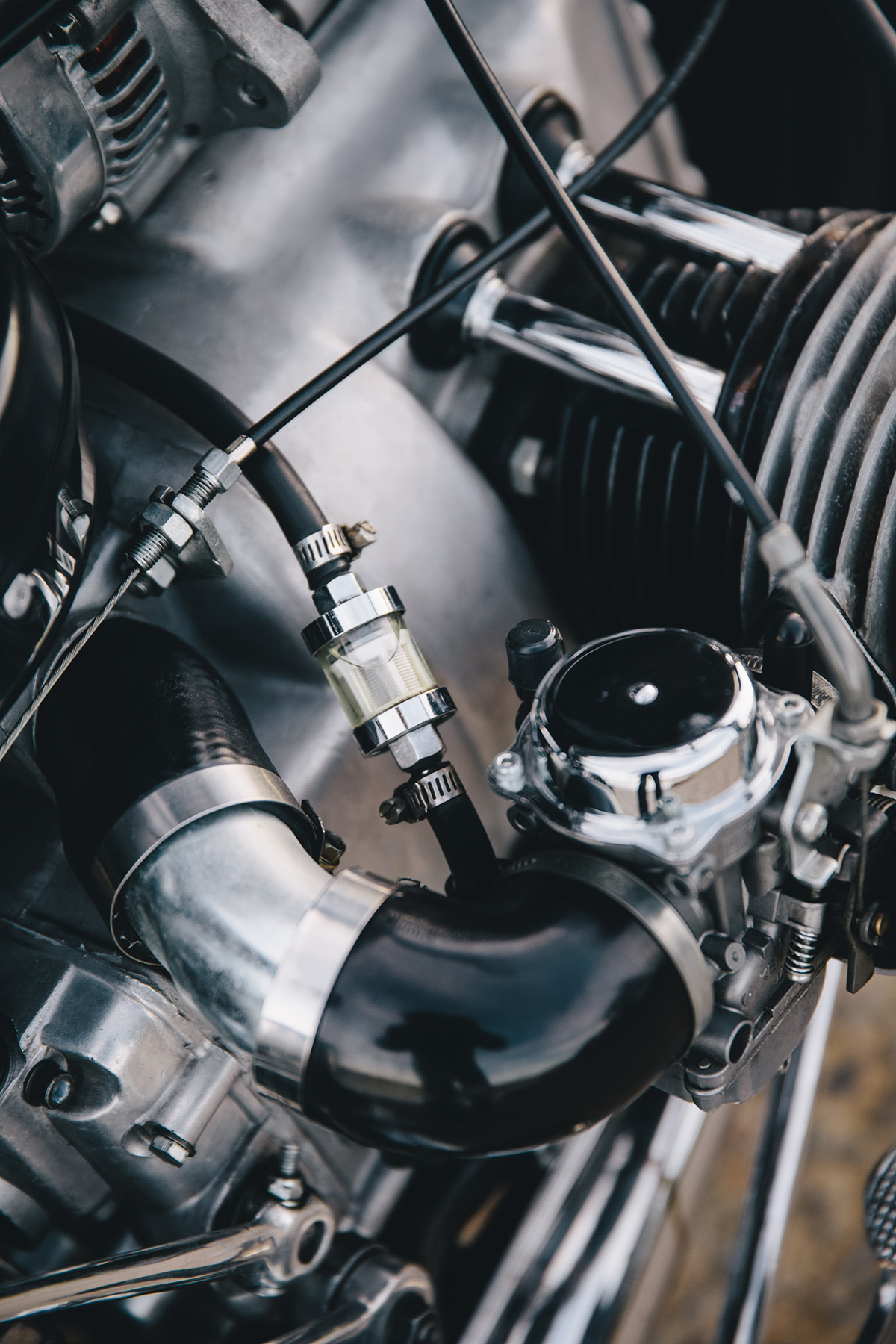 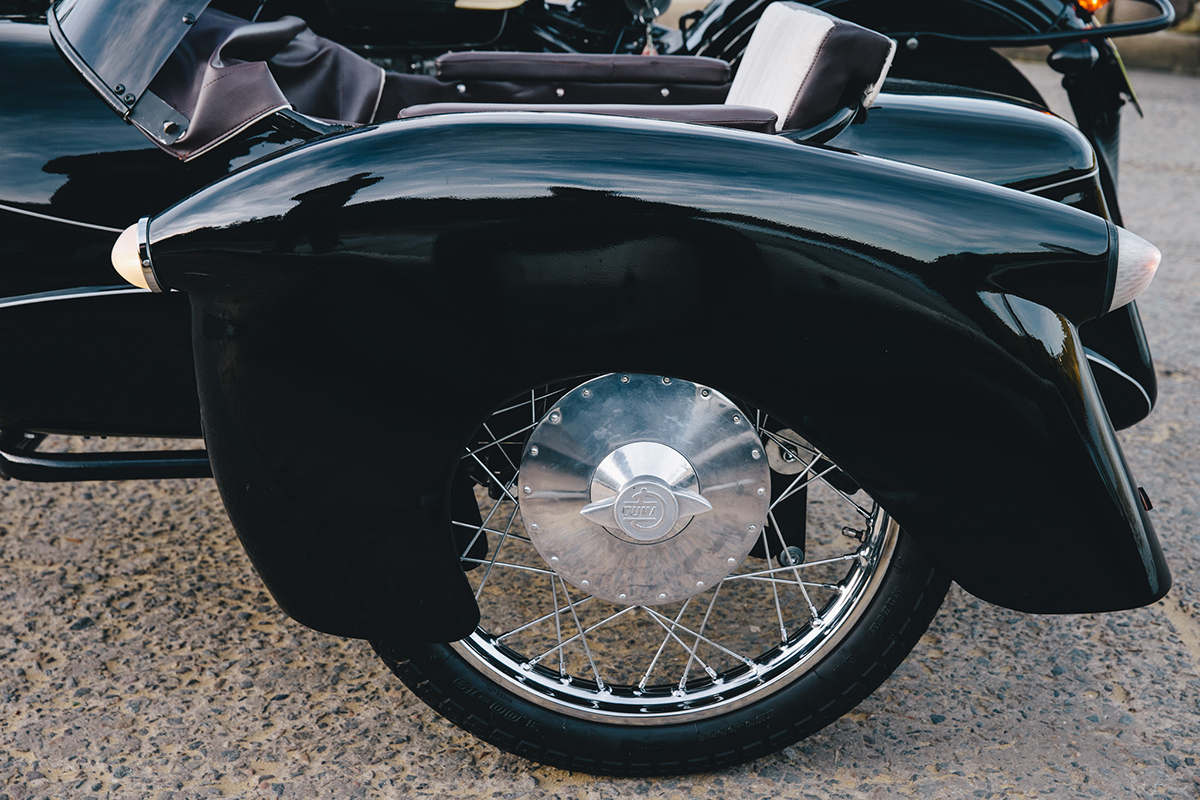