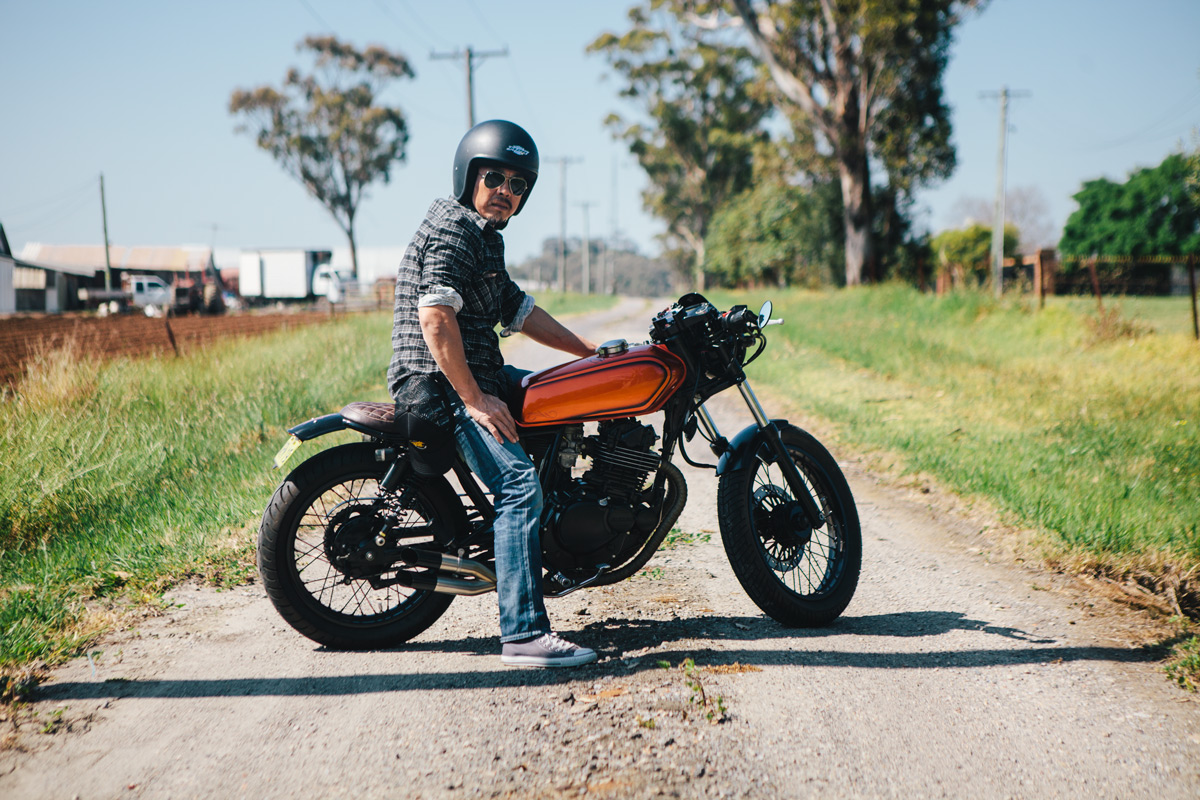 When Lân was 5, he made his way around town tucked into the front of his grandfather’s Vespa back in Vietnam. From then on the times, wheels, and countries changed but not his love for two-wheels.

“I came from Vietnam, where the main means of transport were two-wheels. I remember my first experience riding around at the front of my grandfather’s scooter; the feeling of the wind on my face was amazing. I was never the same again after that!” 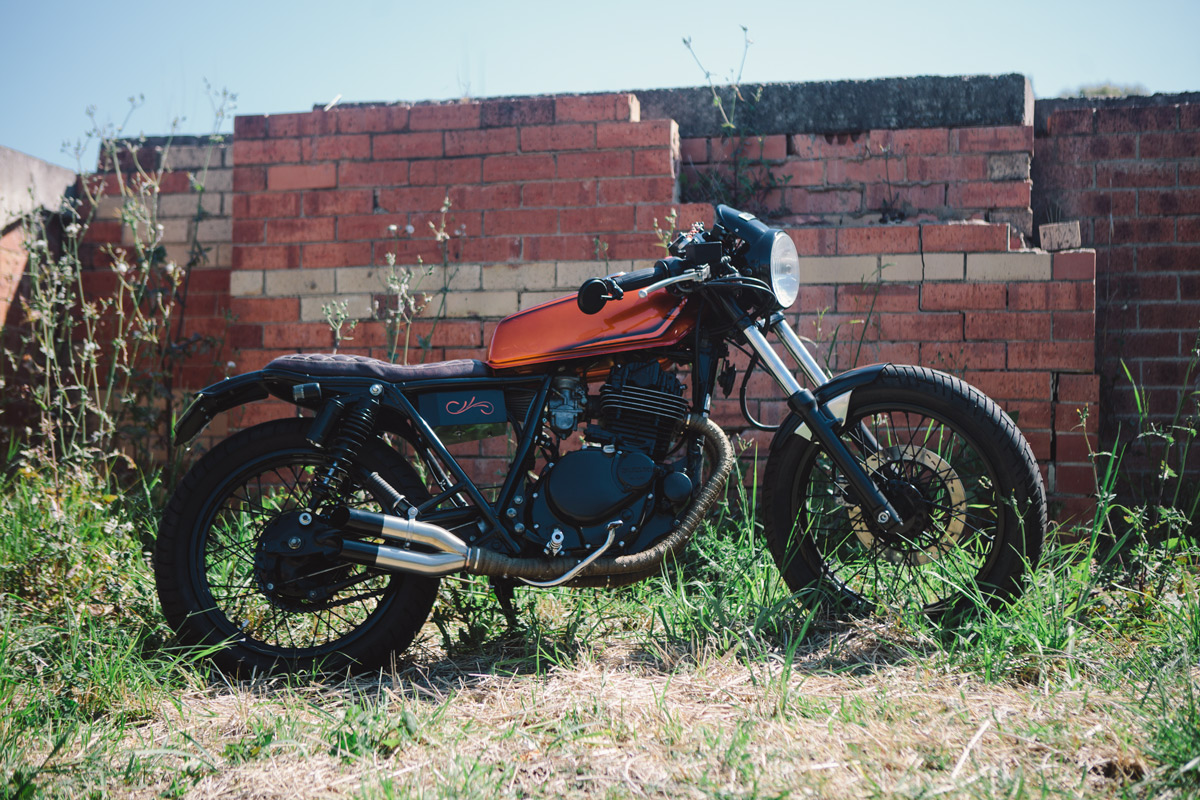 As Lân grew up a bit he jumped on his Dad’s 1967 Honda SS50, which he thrashed around, learning how to ride and stack. “I threw myself against the gravel a few times and would ride around unlicenced. Back then in ‘Nam at that stage, who needs a drivers licence when everyone could get their hands on an M16!” But as 1975 came around, the Communist North invaded South Vietnam, and Lân and his family found themselves acquiring the new status of “boat people” as they made their journey to Australia, where they landed in 1981.

It would be here in Sydney that Lân would continue his love for two-wheeled thrill machines throughout high school. “I finally got told I could legally ride and own a bike, so my first was a Yamaha Virago 250. From then on, a few other Japanese bikes would come through my door. I also own an American legend, a Harley-Davidson Nightster XL1200N” 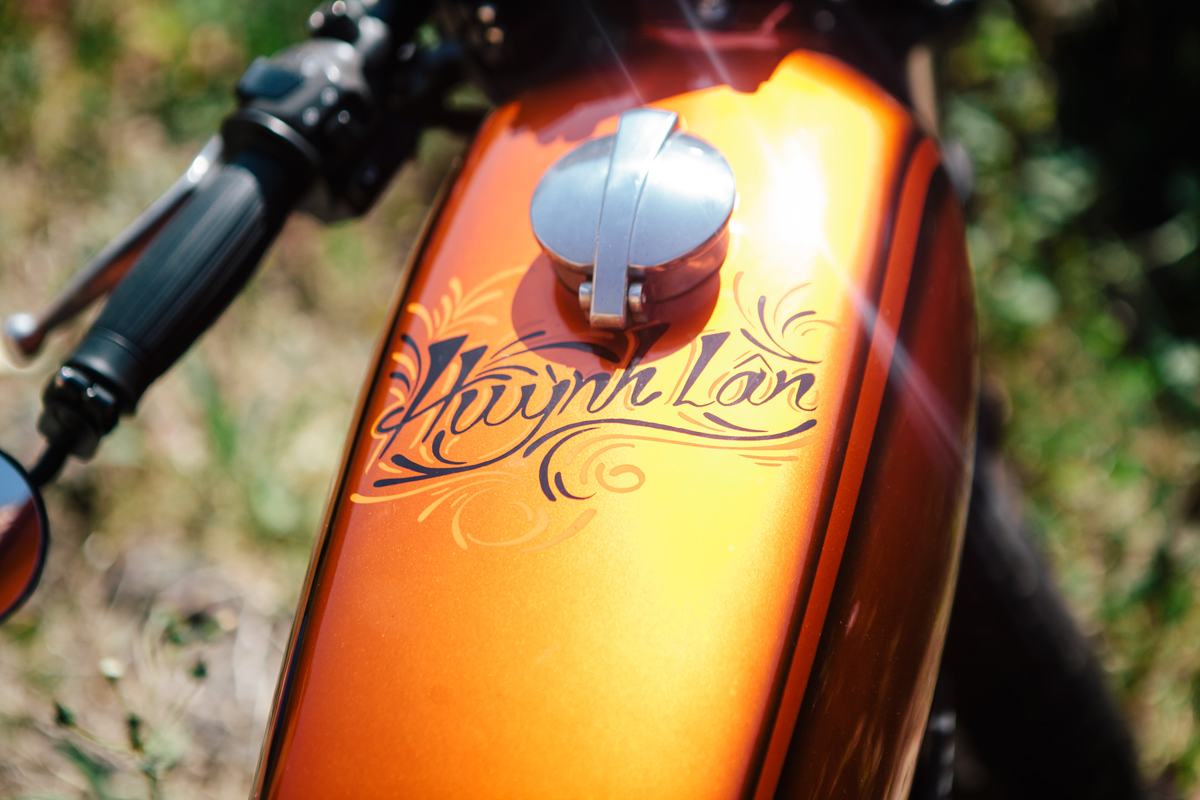 One of Lân’s current bikes is a 1998 Suzuki TU250X that he picked up with strong intentions of making it a café racer. “I always wanted a café racer, but due to the lack of knowledge and time I sent it off Rene9ade and into the trusty hands of Kyle. We came up with the basic idea and shape of the bike, along with the help of Paul Stanner from Drifter Bikes”

From here the engine would be stripped and painted black, along with the front and rear rims. The trademark TU tank was replaced with a slimmer Yamaha model and painted by Kyle at Smith Concepts, and a tidy battery compartment added under the seat. “Kyle got the seat made for me to go with the new modified frame, the bike is slimmer which helps suit my height and inseams; I then tweaked the carbi to get a bit more out of it. The rear end of the bike was cut and modified the way Paul like, which ended up looking great.” 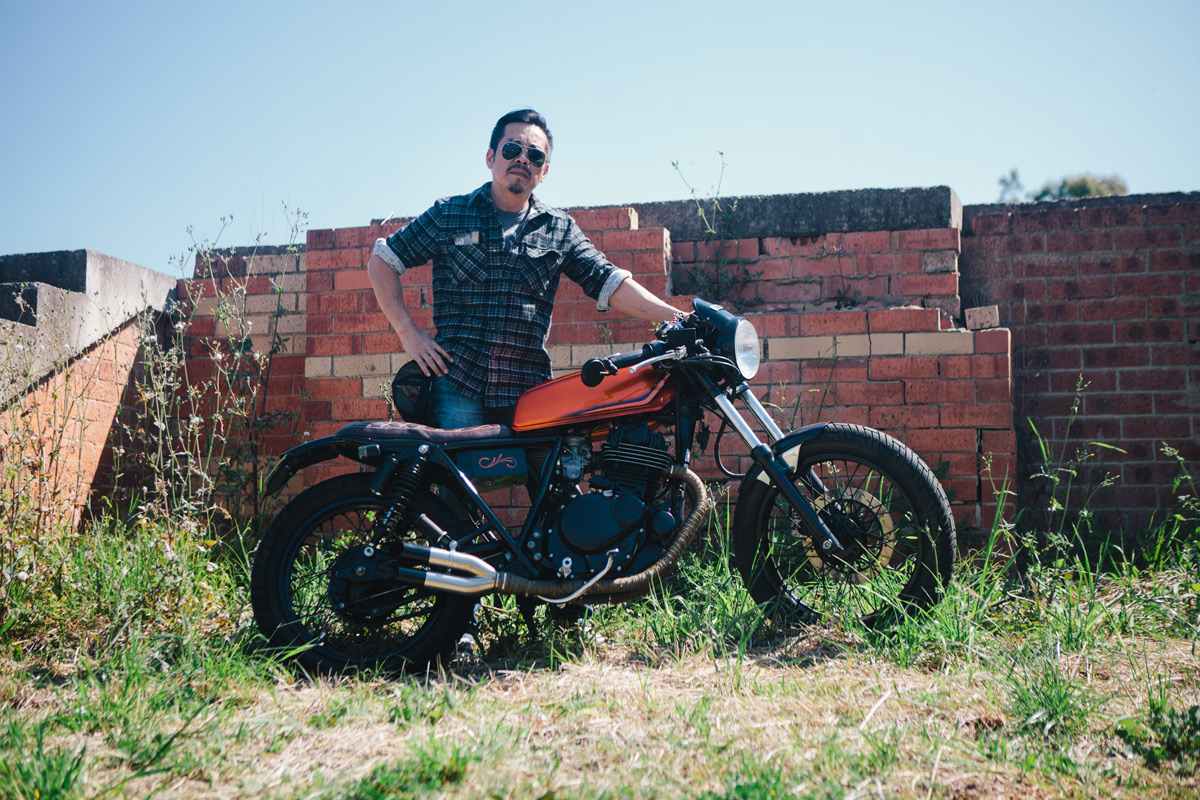 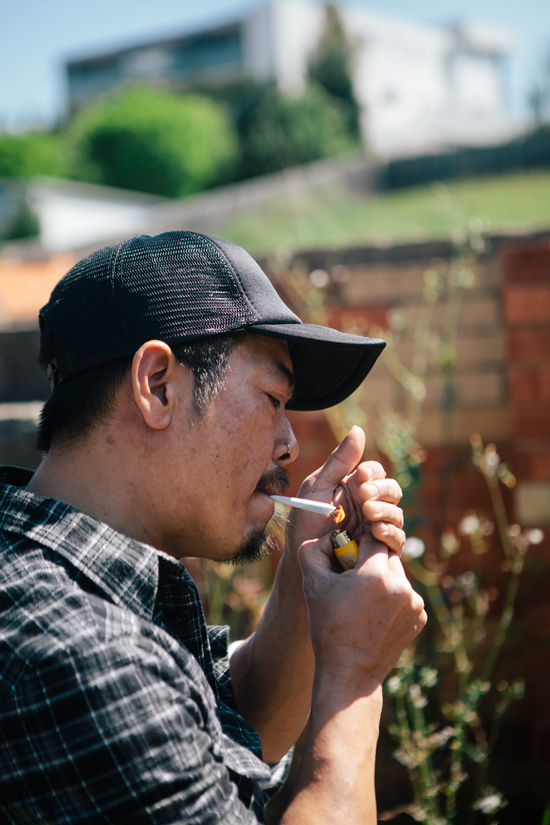 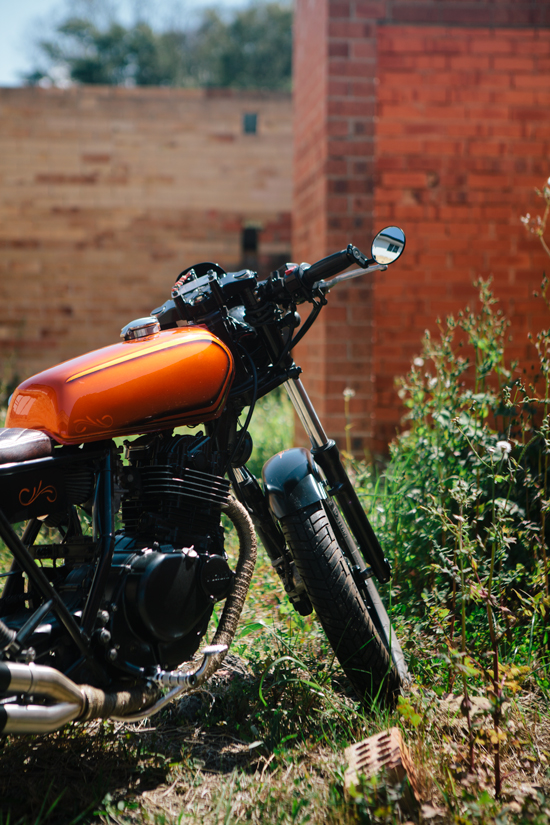 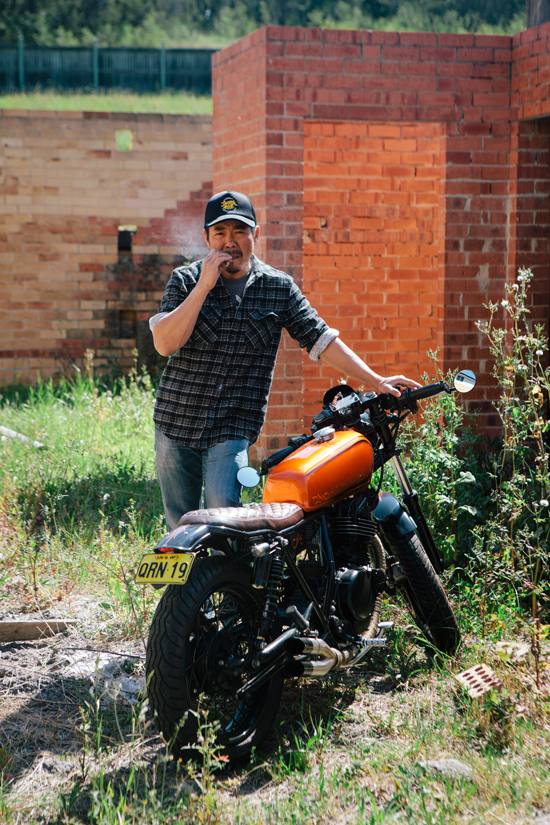 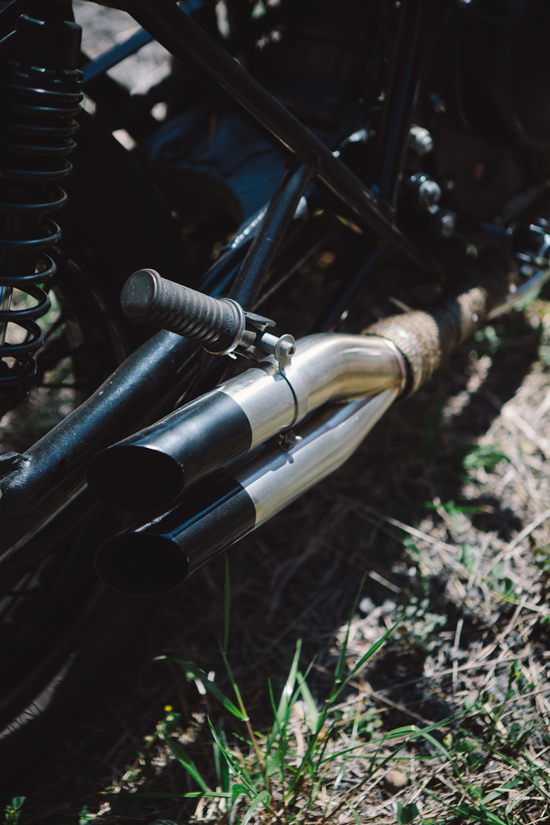 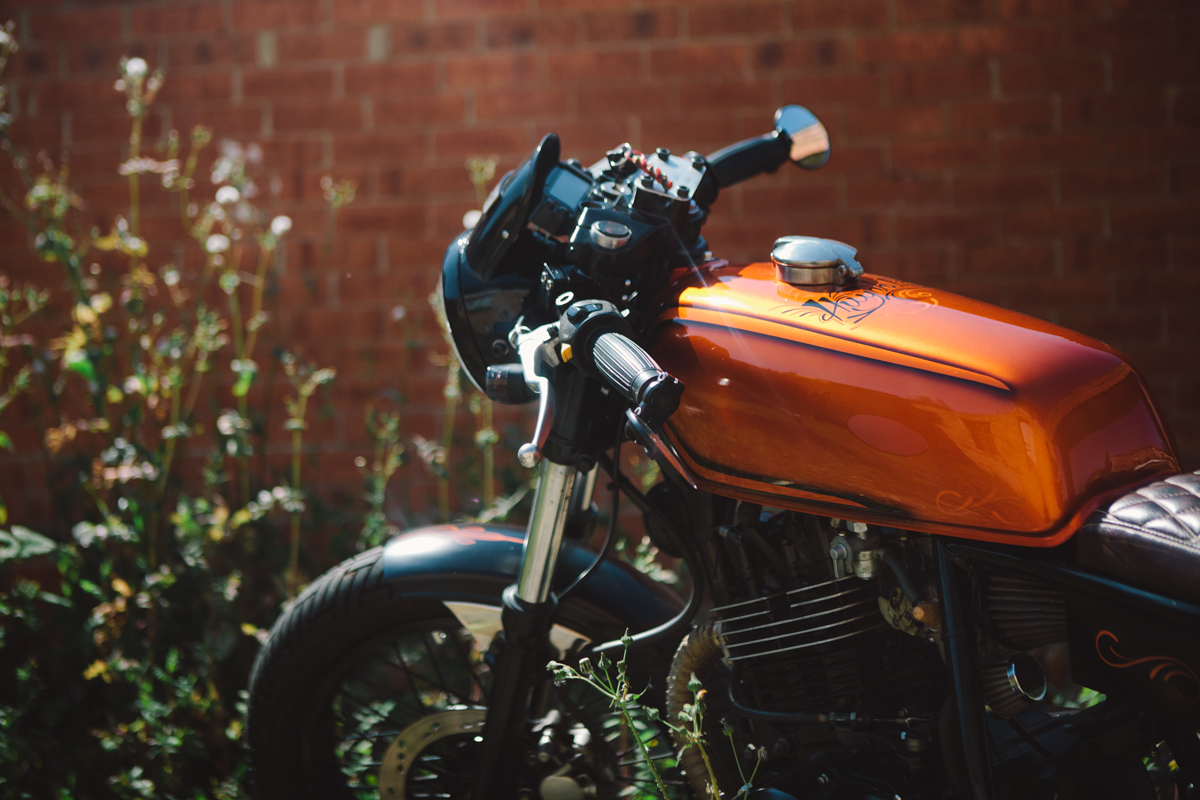 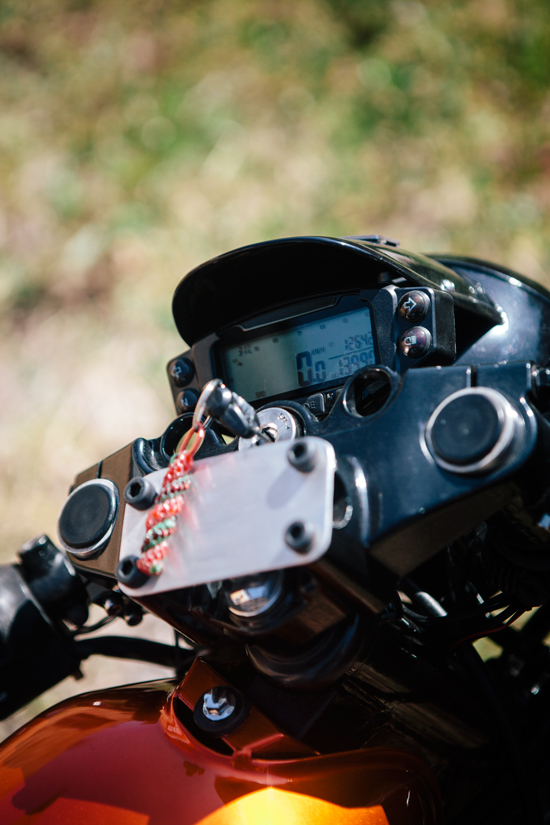 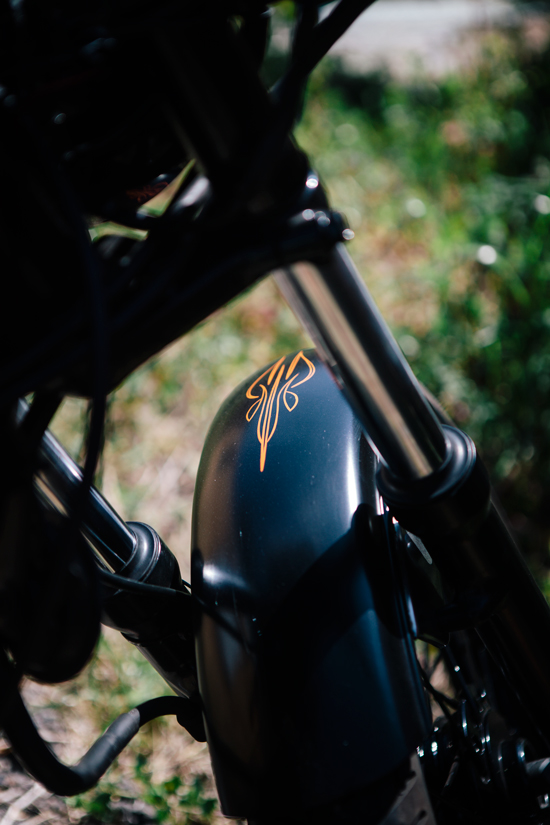 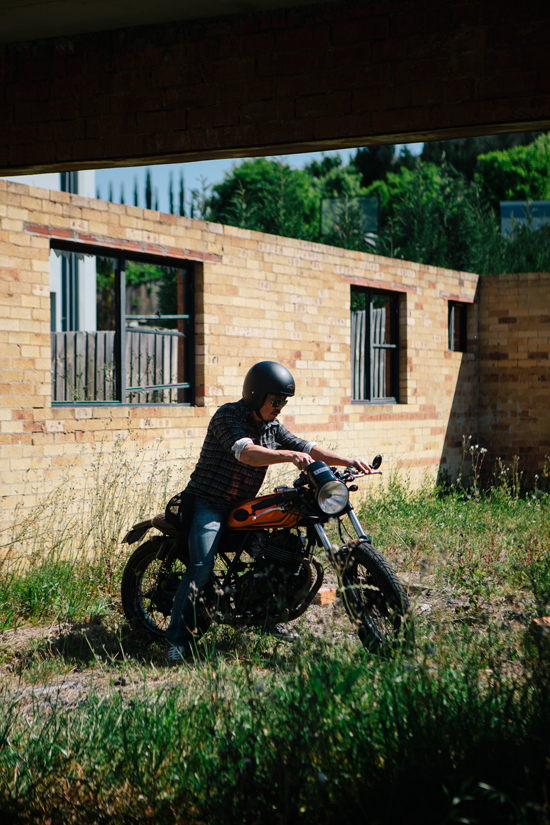 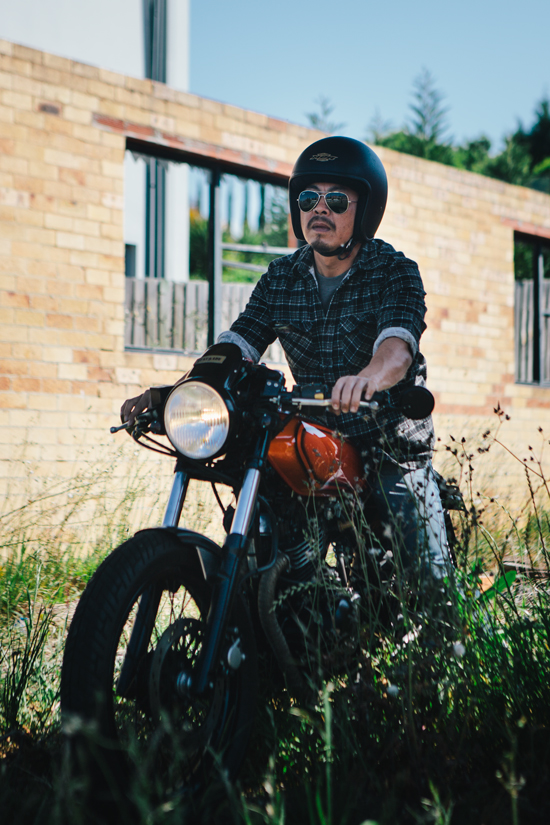 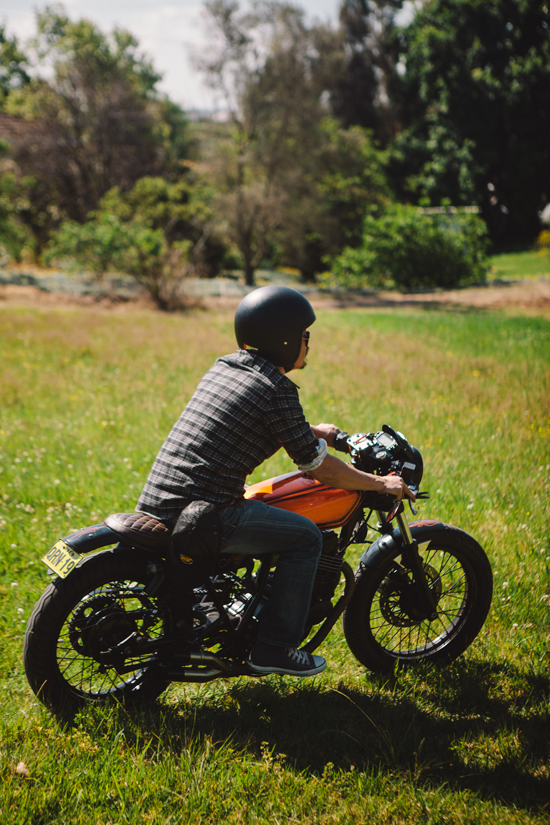 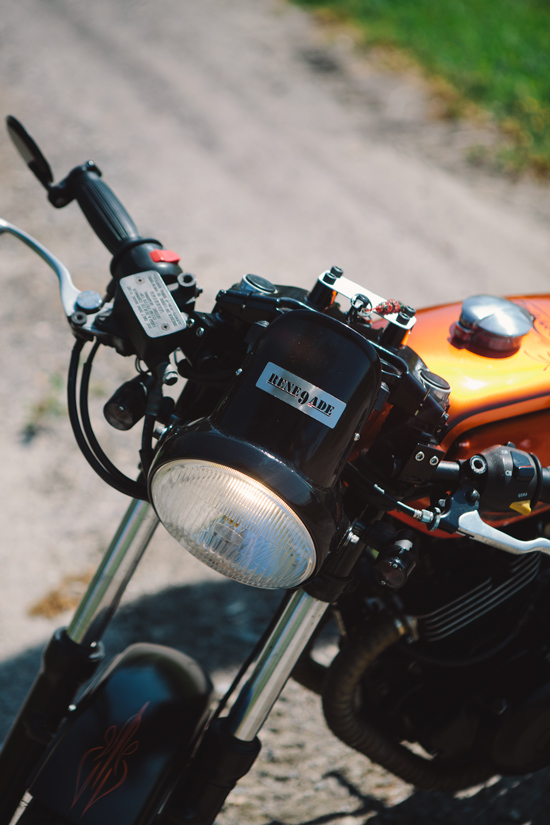 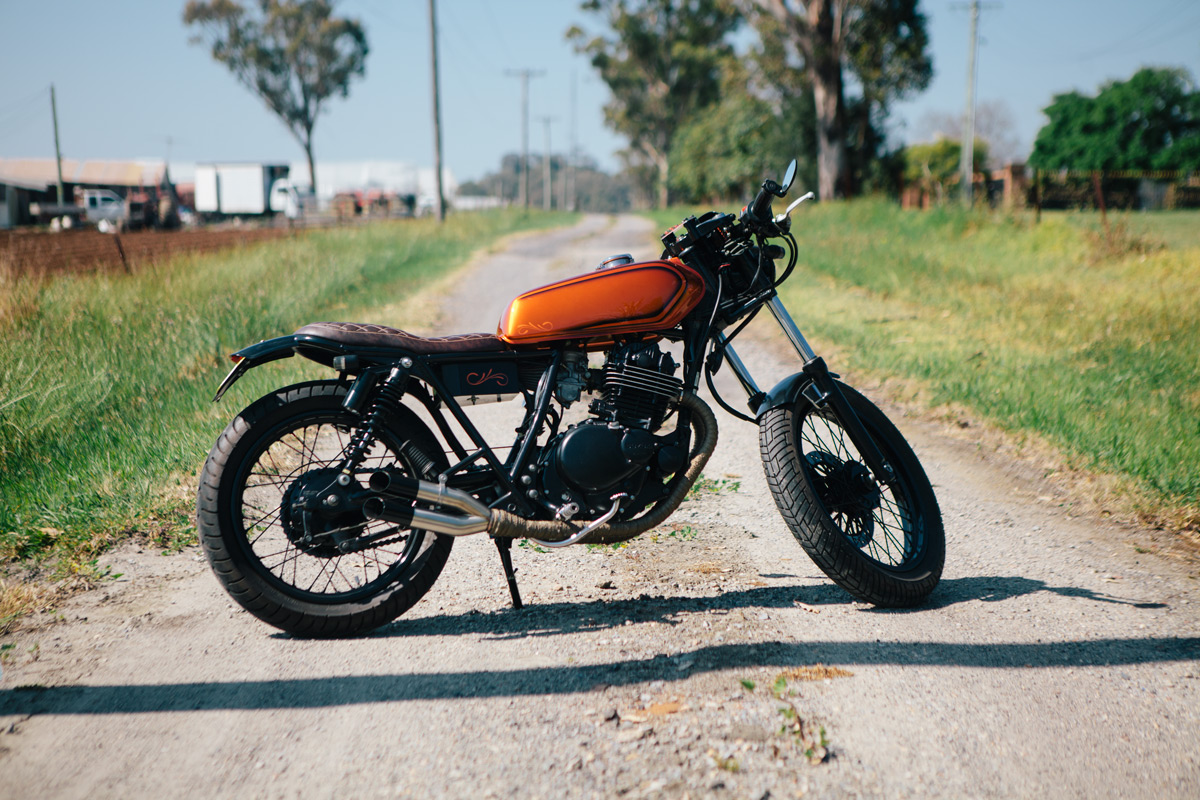 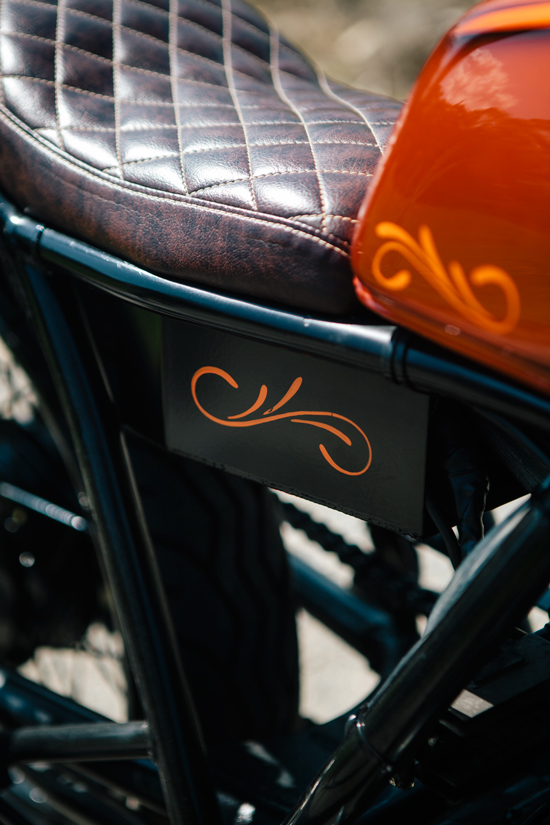 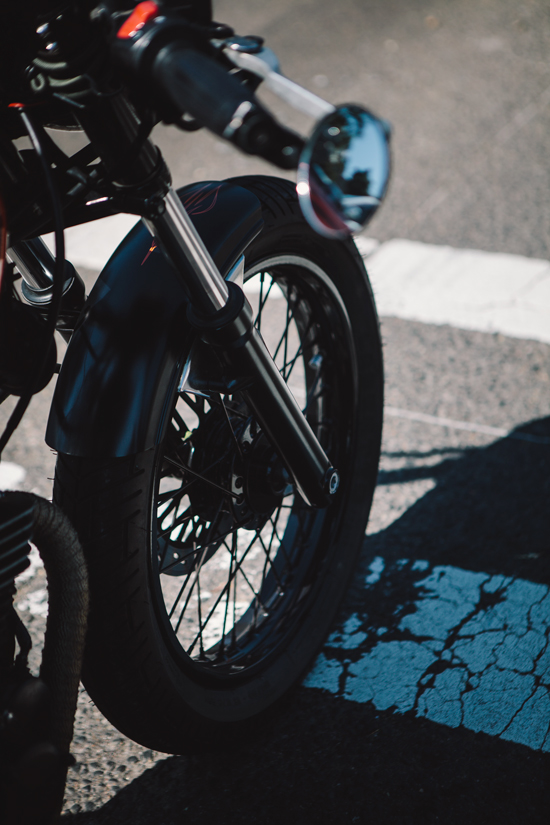