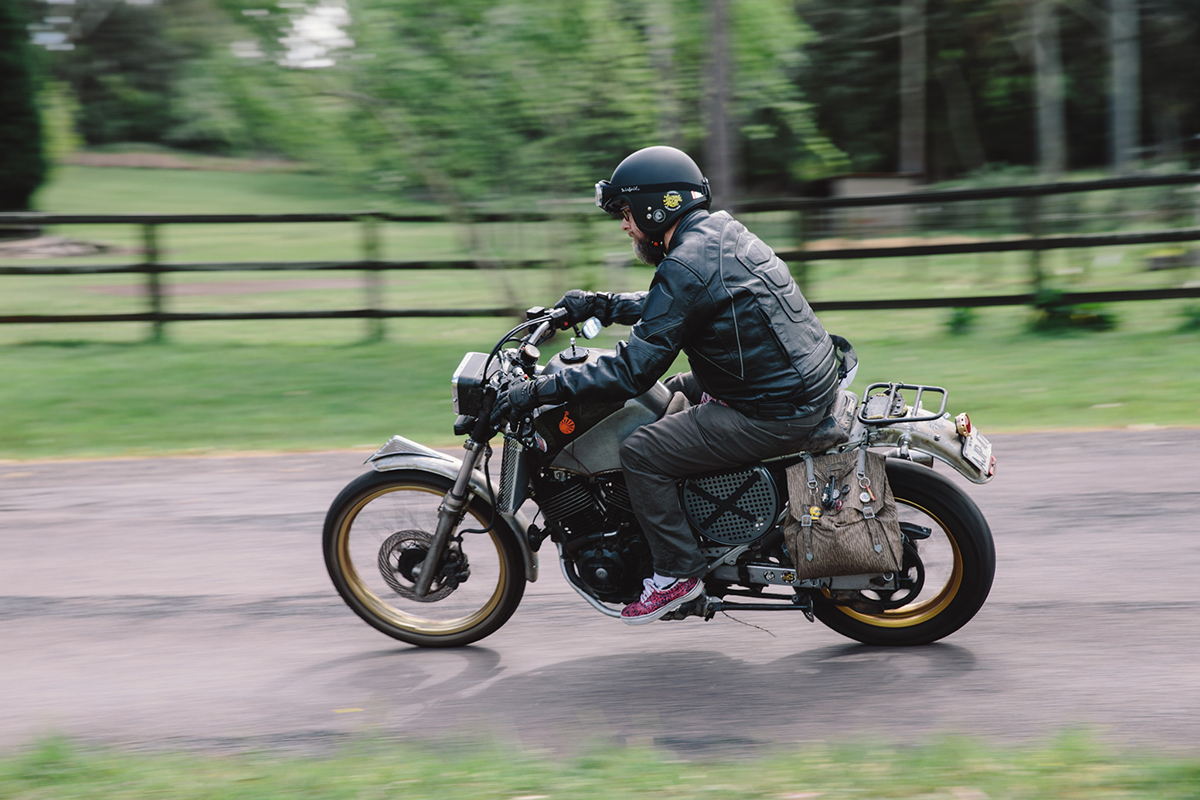 With the death of one bike came the birth of another for Ross. His BMW R80 had kicked the bucket and he suddenly found himself without a working set of wheels for the first time in 30 years – this had to be amended. A 1987 Honda XL600V Transalp would be just the solution. 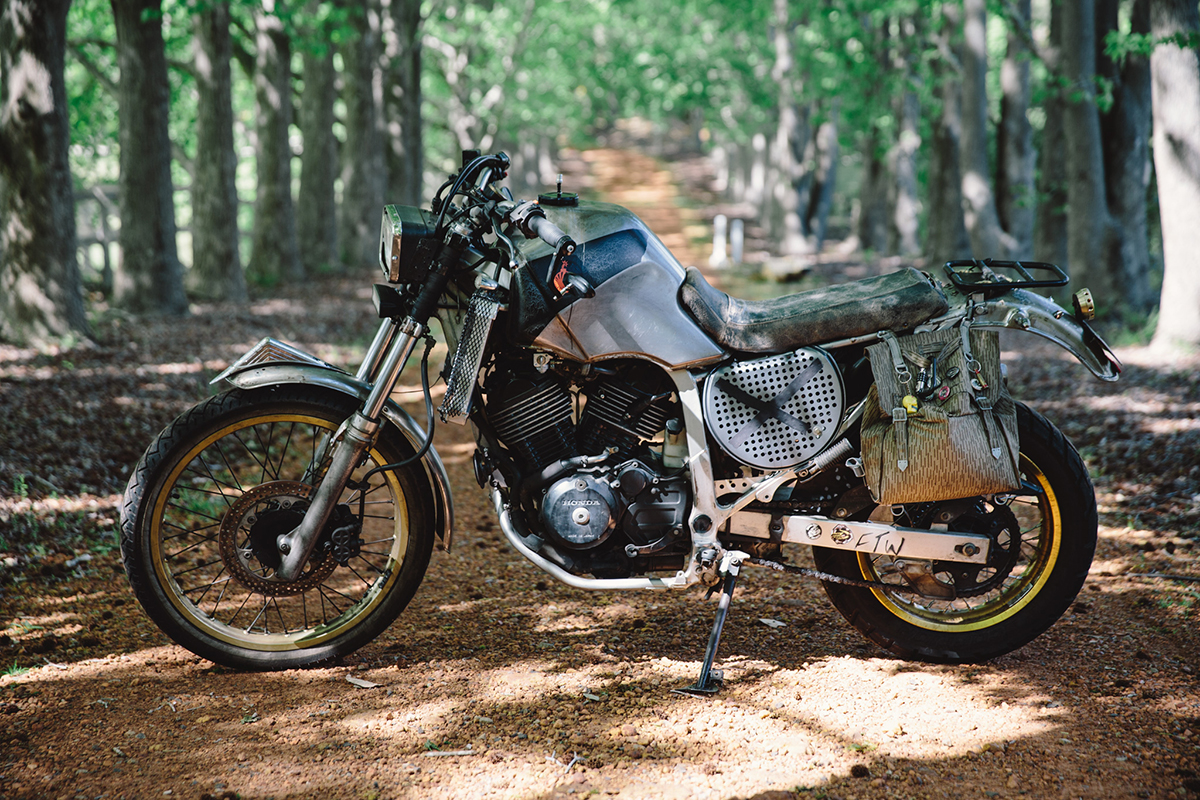 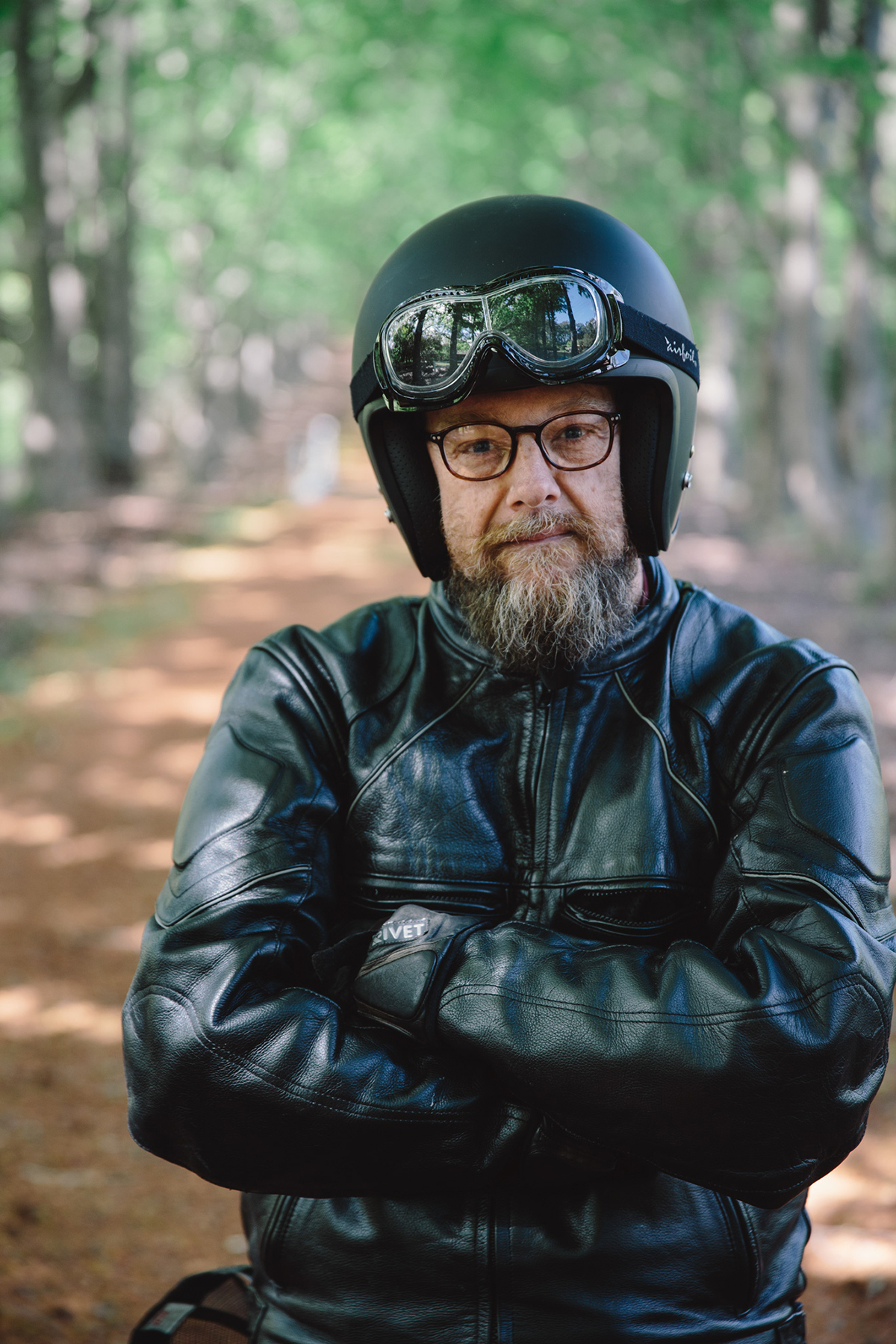 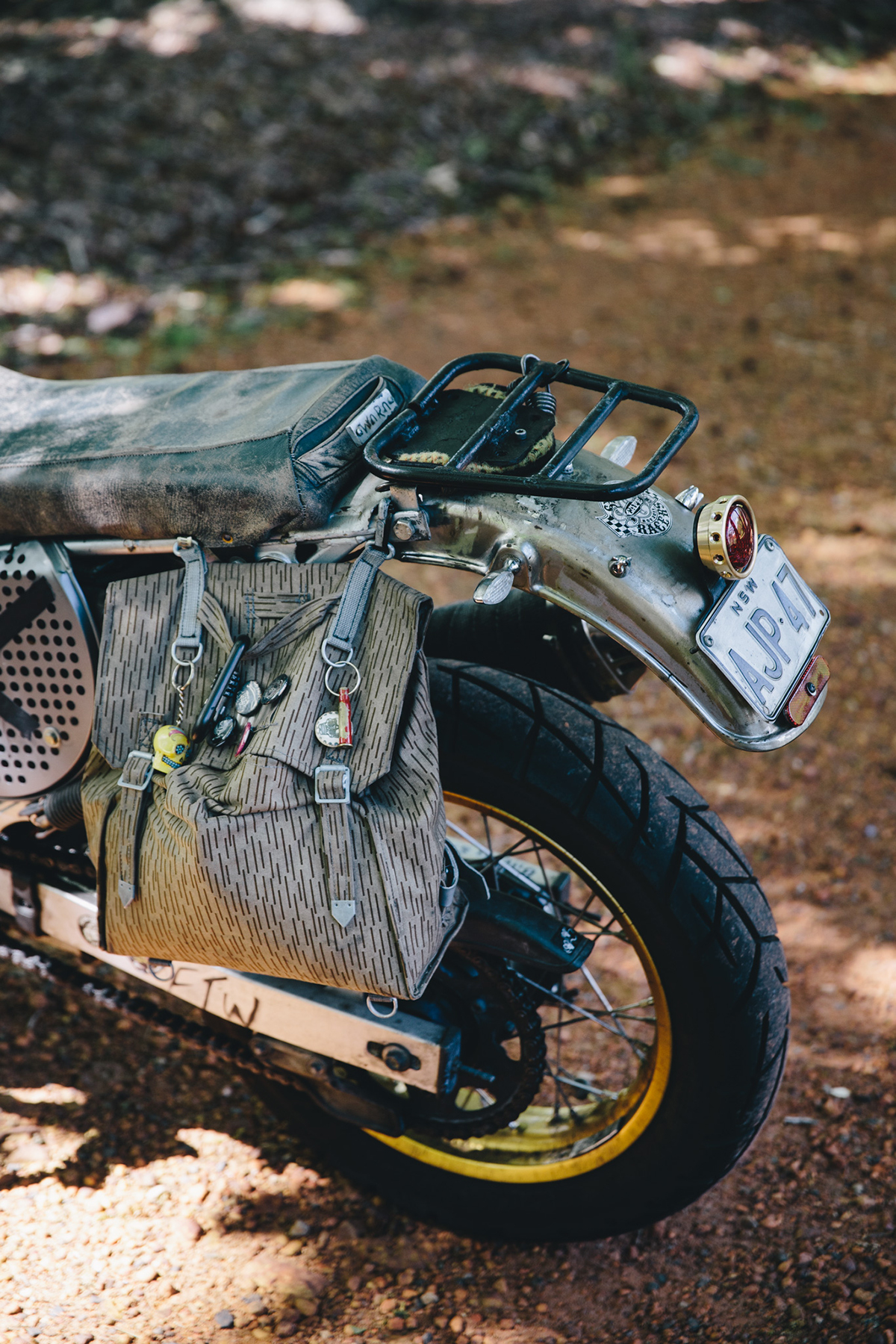 This ‘80’s ADV bike came to Ross through the infinite grapevine of Sydney Café Racers. At that time, the bike was known by its previous owner Pierre as ‘The Zombie Slayer’, having shed it’s clean ‘80’s style fairings for a rattier and more aggressive look. “I knew that the bike had been up for sale for a few months, so I offered Pierre some magic beans and a cow – and sure enough it was mine! It had already been modified and stripped back,  just what I wanted. This meant less work for me to do… ha yeah right! It was a spontaneous but driven decision that was the result of my deep yearning for not going too many weeks without a bike.” 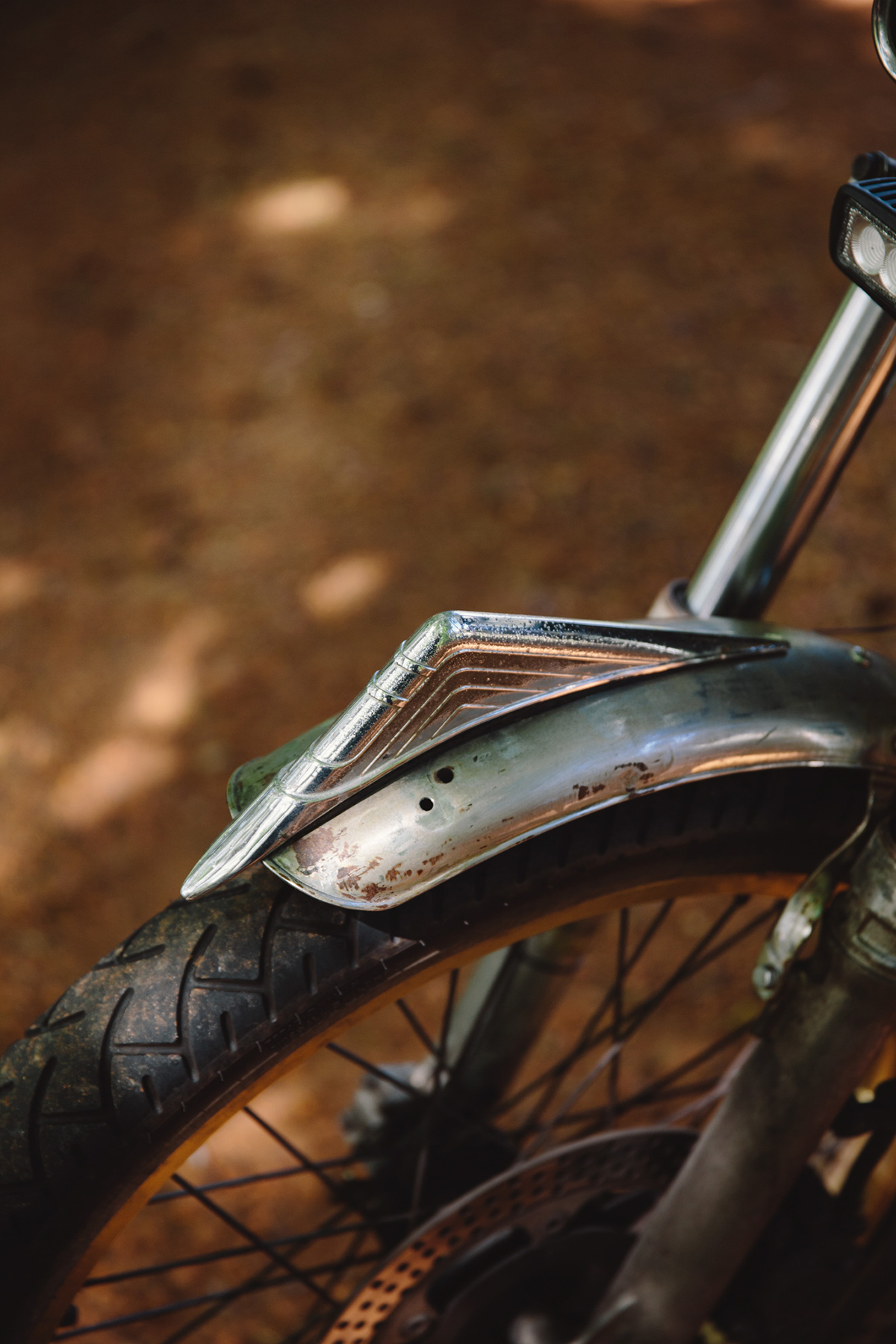 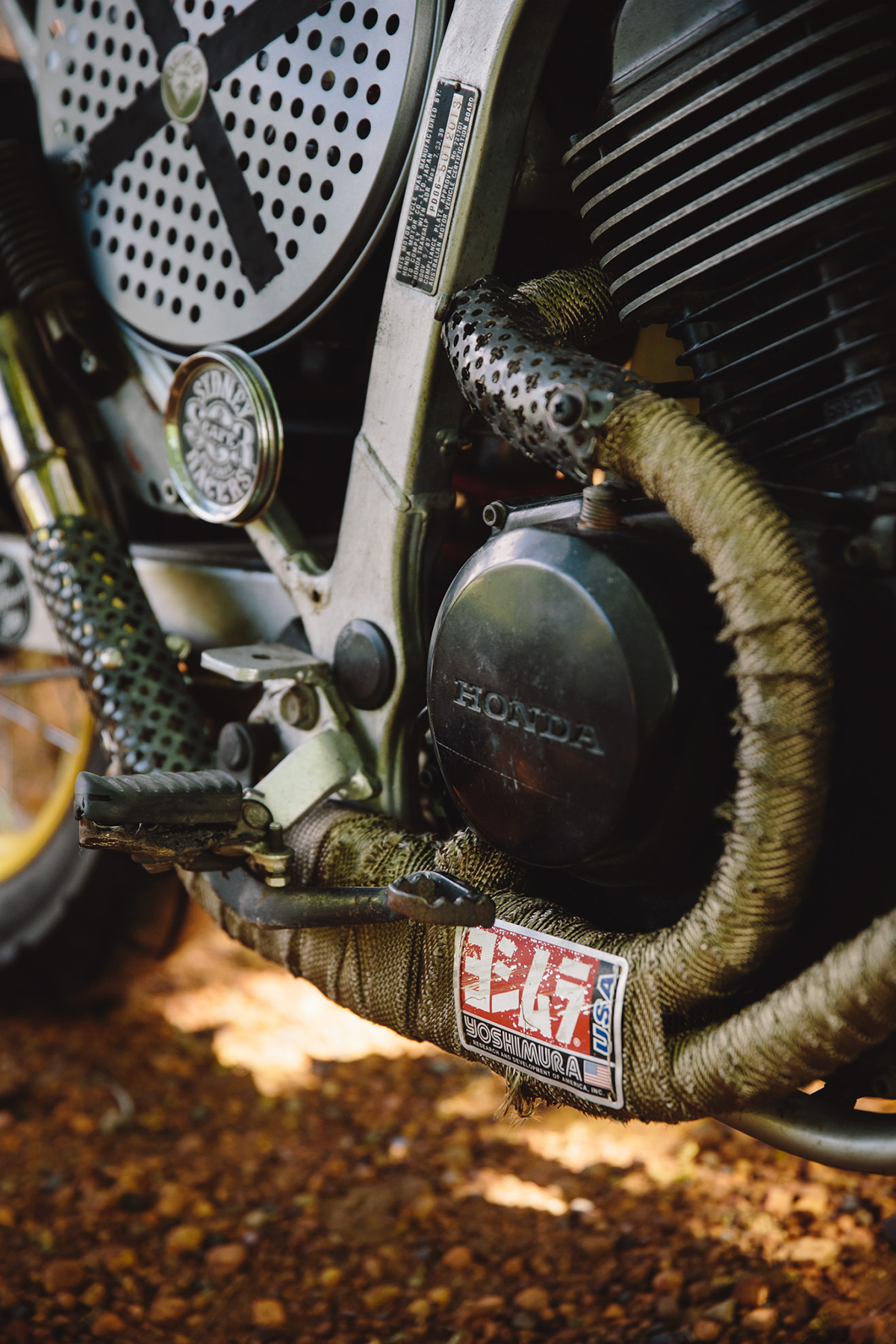 Being a bloke that’s driven to modify and tinker with any machine that crosses his path, it was time for Ross to put his stamp on his new steed. Despite already coming into his possession modified, there would still be plenty of nights in the shed to be had. “I wanted the bike to be rougher. It had to be really ratted out. It had to be more Mad Max inspired. I love the bikes from Fury Road; it’d be amazing to work for the props department of a film company that does Sci-Fi or Post-Apocalyptic films. Patina and rust I adore – stock sucks to Me.” 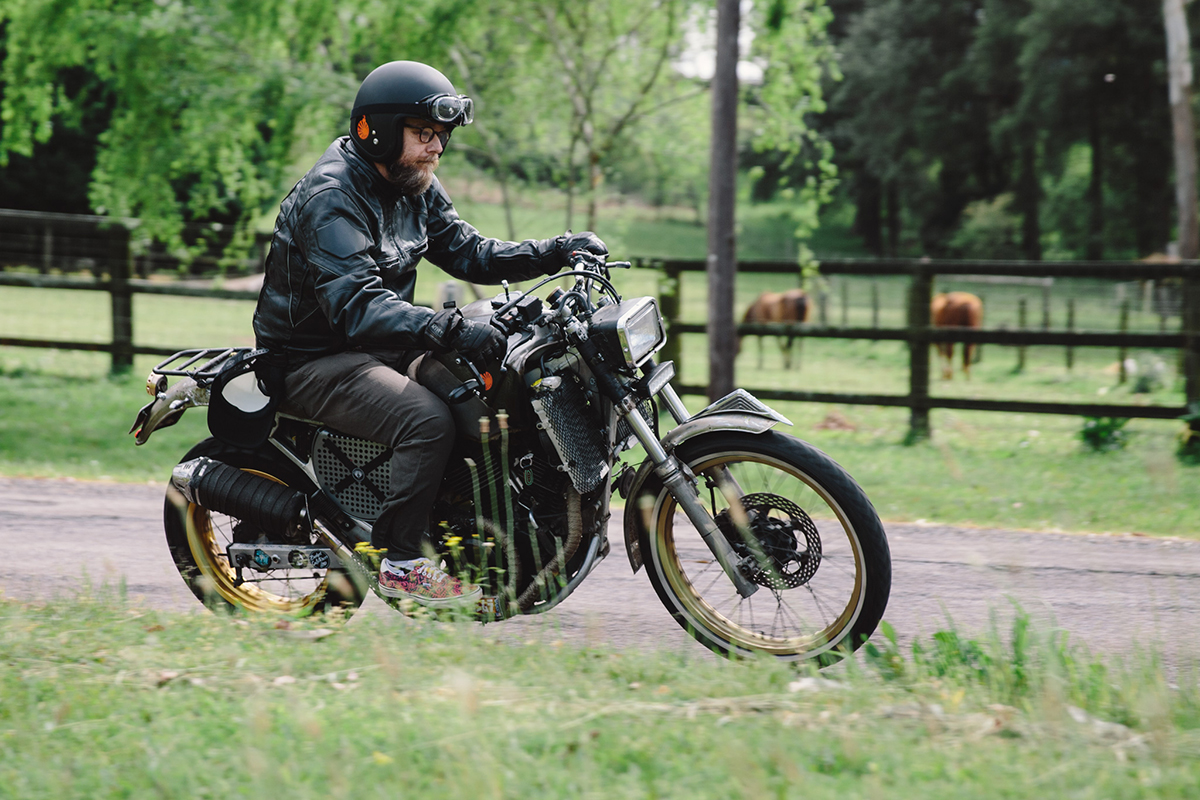 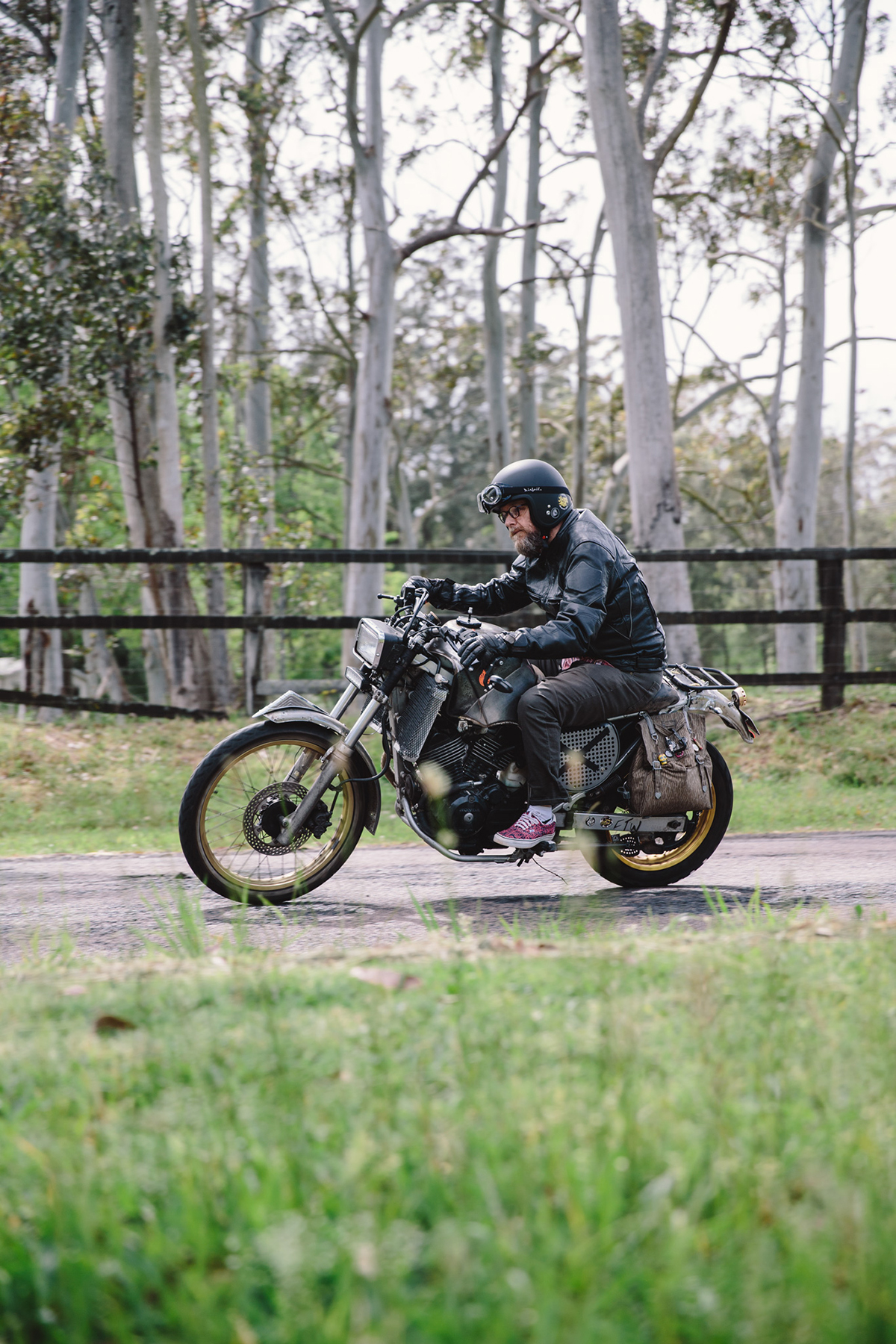 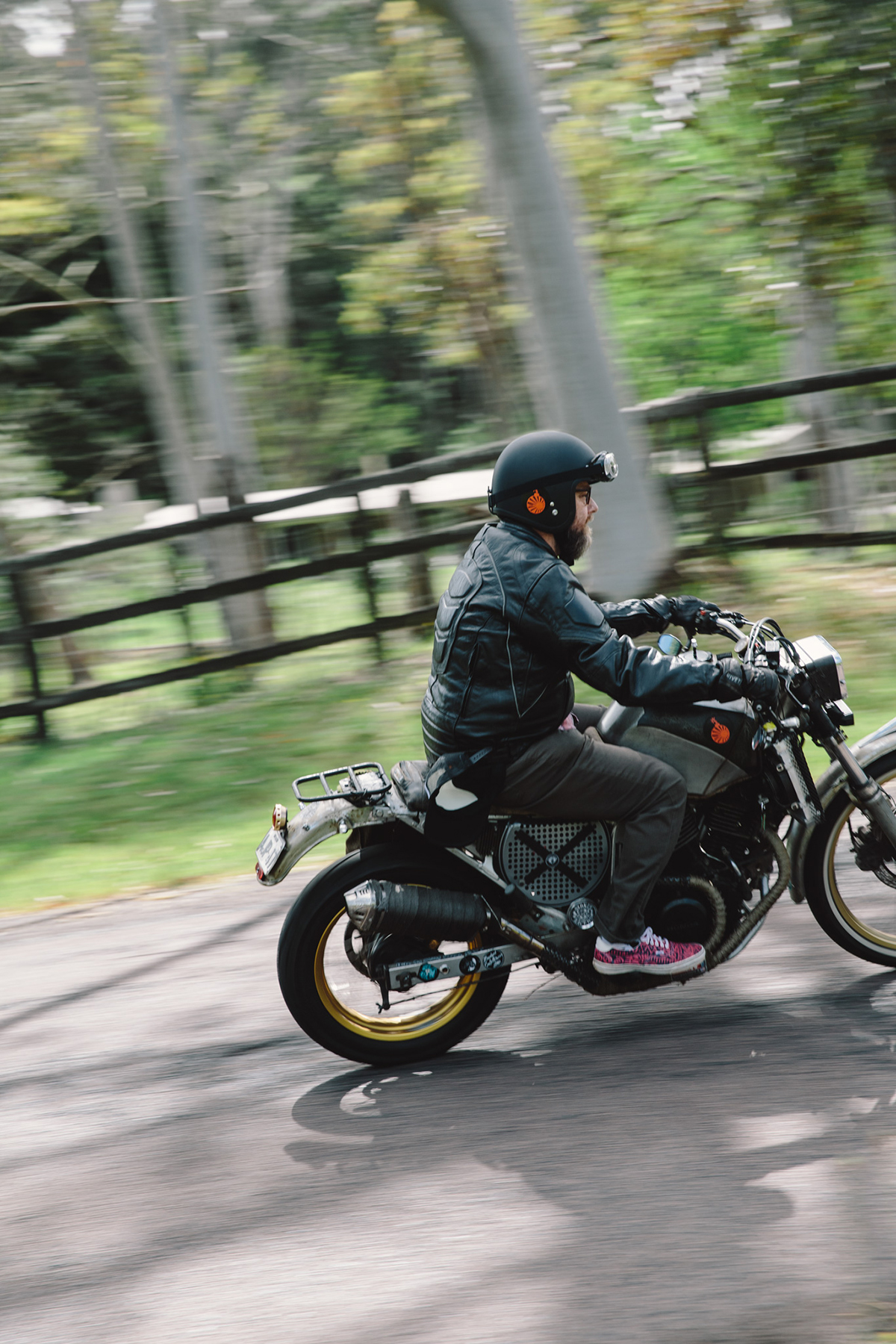 And so from the warped mind of post-apocalyptic thoughts came Ross’s work. It took a lot of adding and removing of parts for him to be satisfied; and we get the feeling that even now Ross is tinkering away in the shed on new concepts for the bike. “The flat bars that had come on the bike did not suit my hobbit height, so it now wears a set of euro style bars. I painted and then stickered the metal side covers that came on the bike, only to remove these and use 2 pizza trays as side covers instead. There would end up being 3 different headlights, at one stage it had a large and a small headlight fitted side by side. Then I put the XJ750 rectangle headlight on it and that has stayed. This is where the bike got its new name from – ‘Bender’ after Bender from Futurama. The shiny bare metal finish and square headlight instantly said Bender to me.” 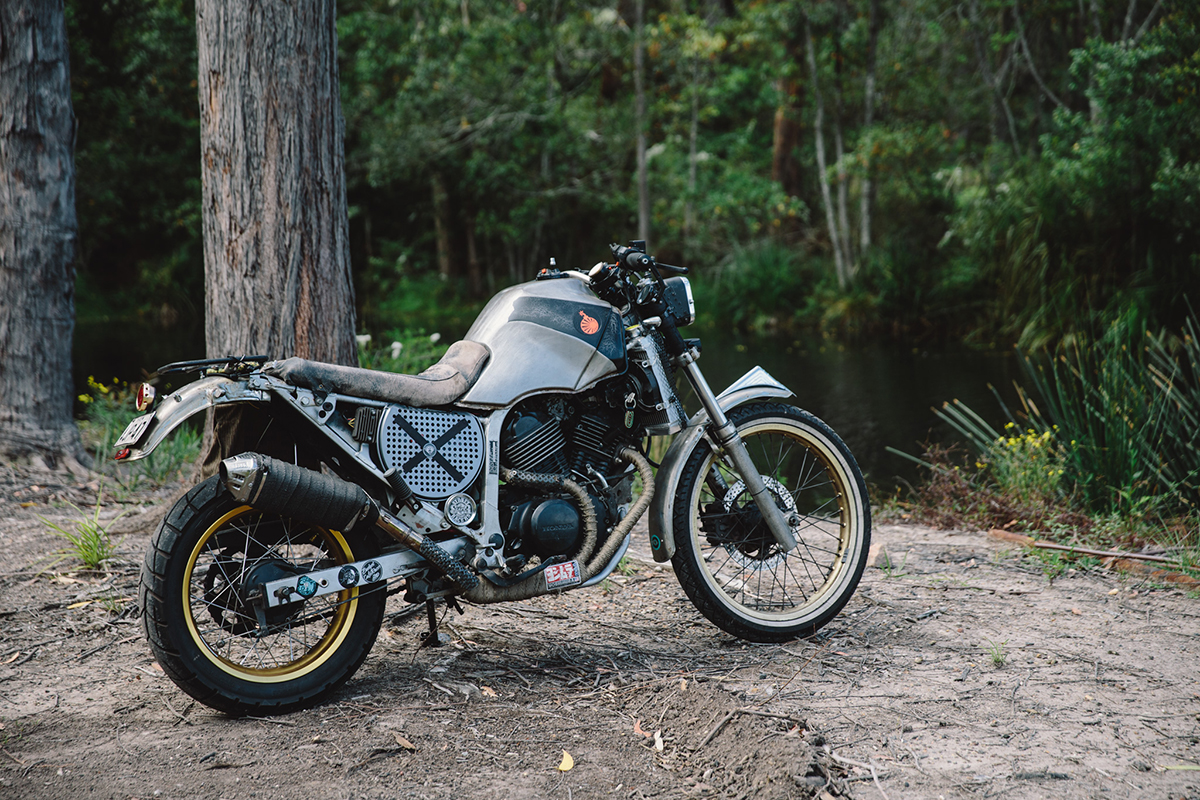 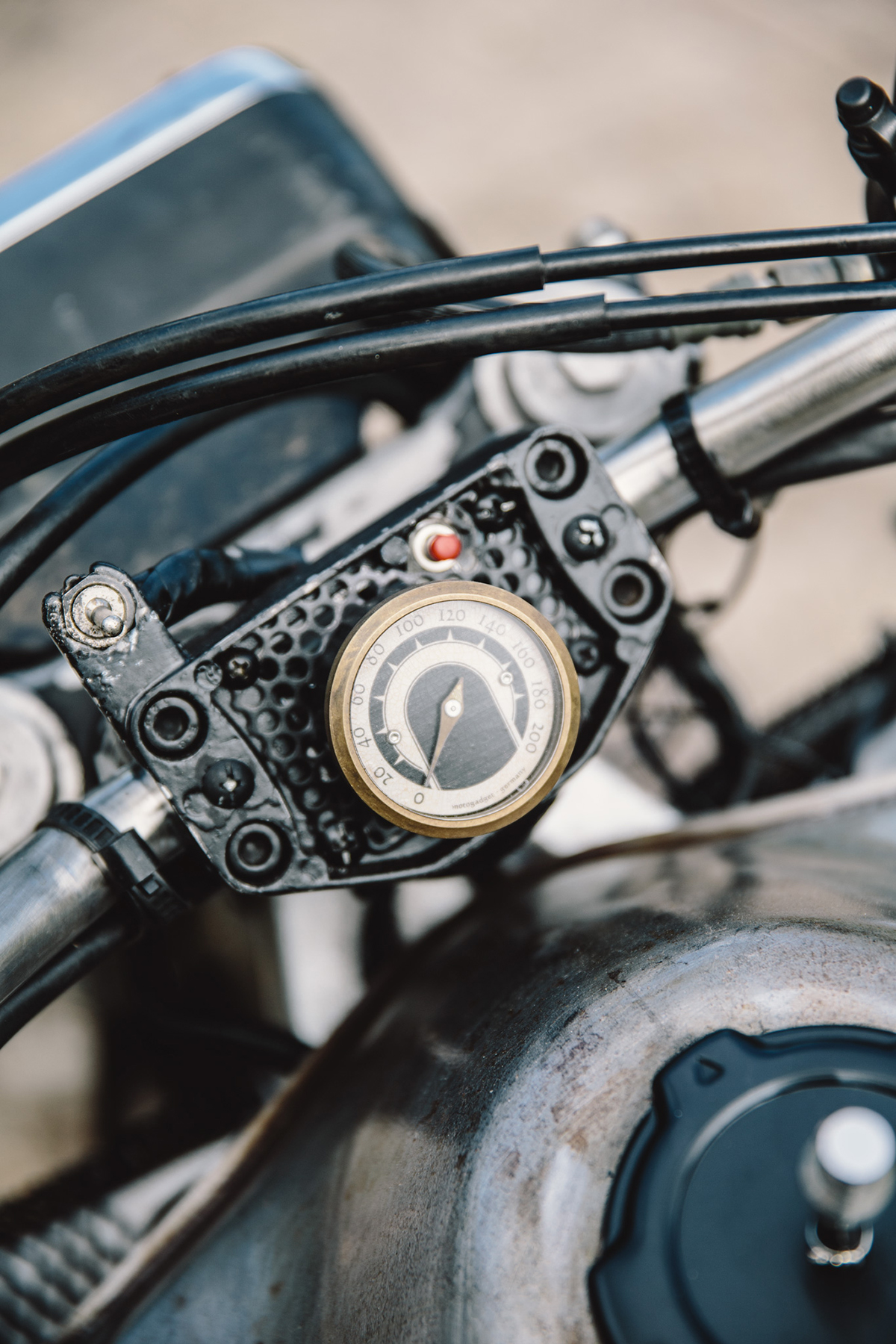 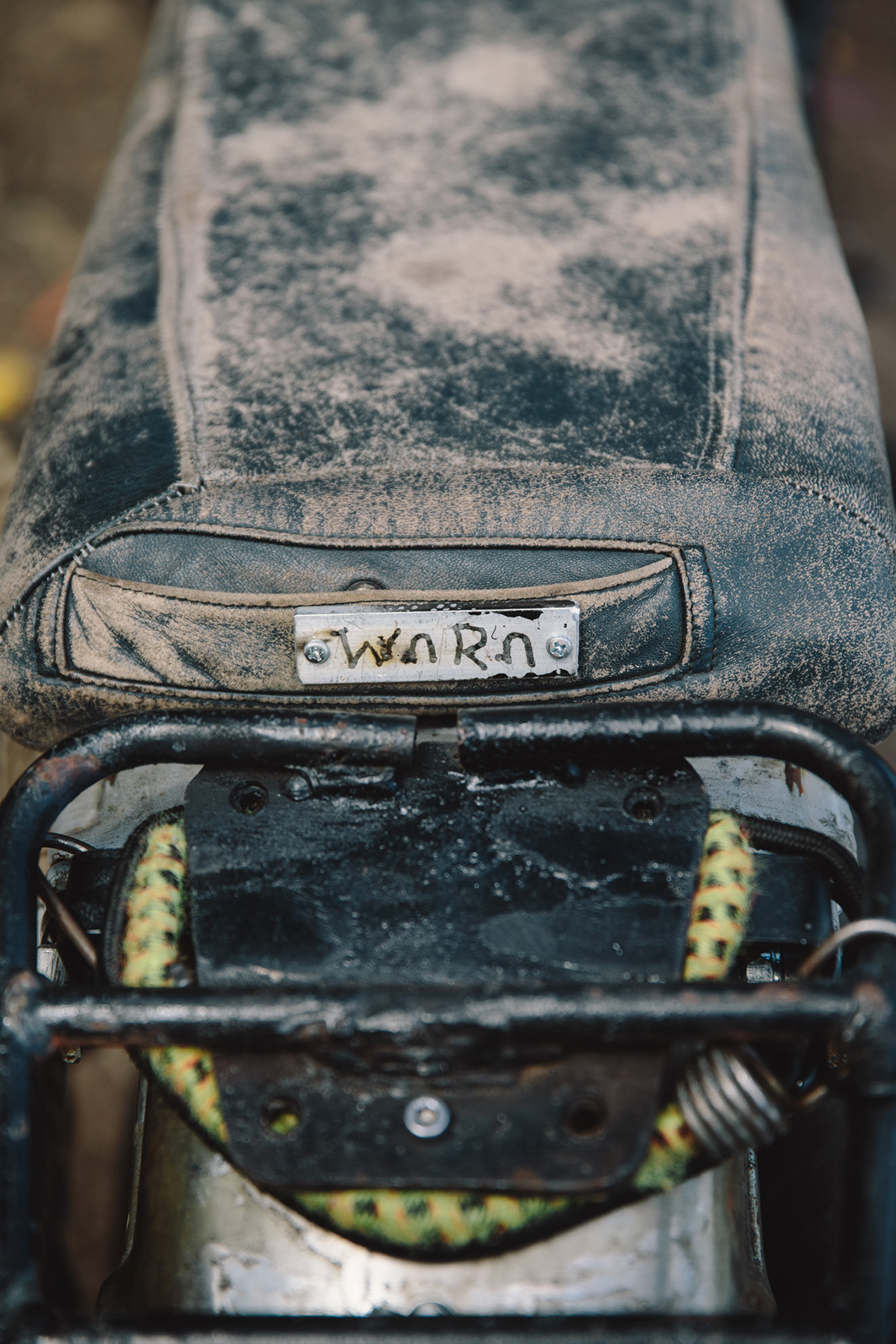 Next up on the list of parts to swap and add were some new radiators, and a nice new back wheel rim, due to the previous one having rotted away over time. “I cut down the seat and re-fitted the leather jacket that Pierre had originally covered the seat with. The seat is flatter, but still very comfy. Fitted a old/new East German army backpack as a saddlebag, with the added bonus that it is water proof!” 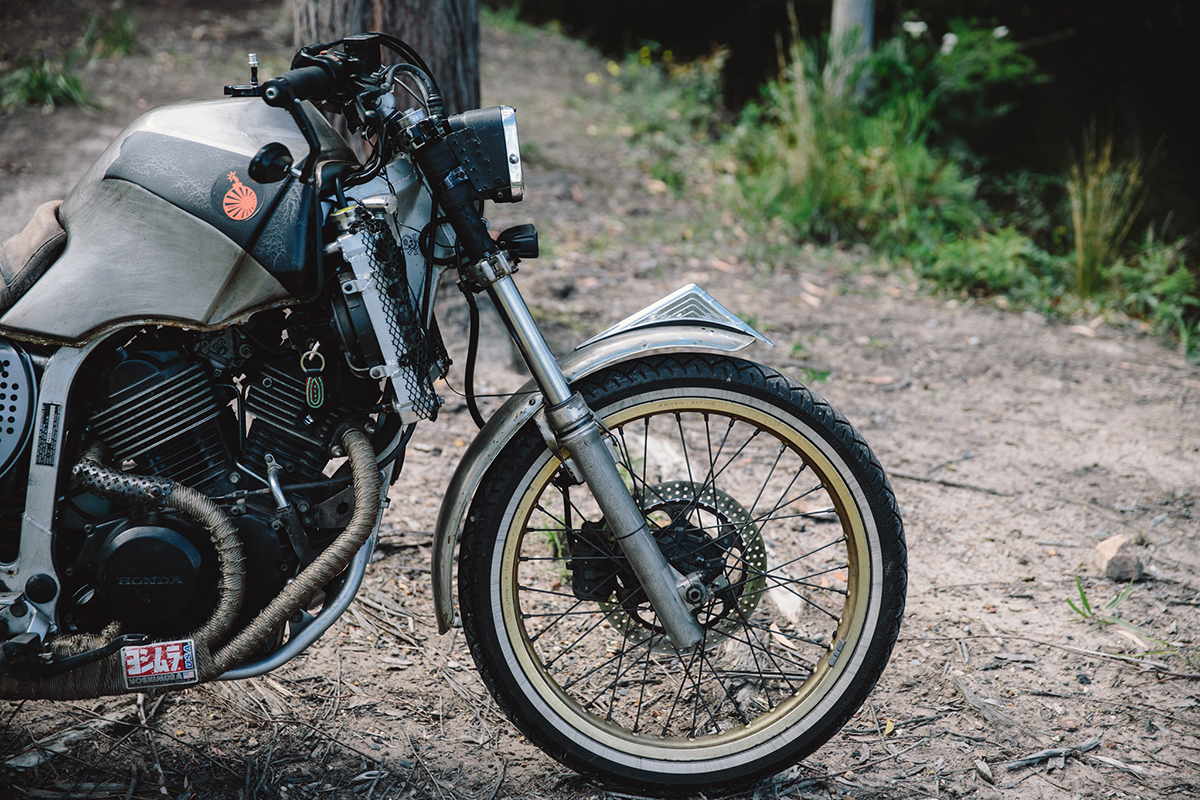 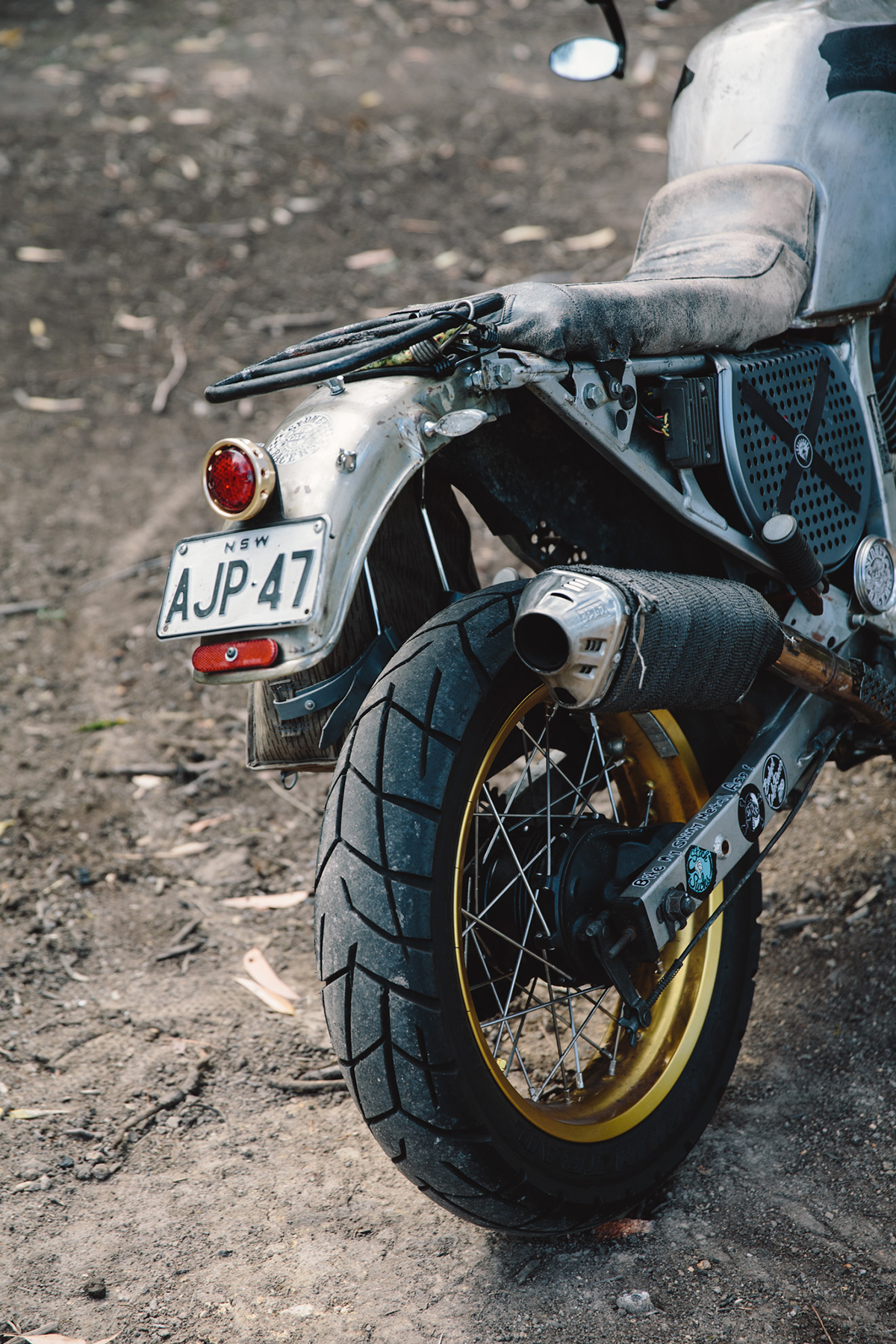 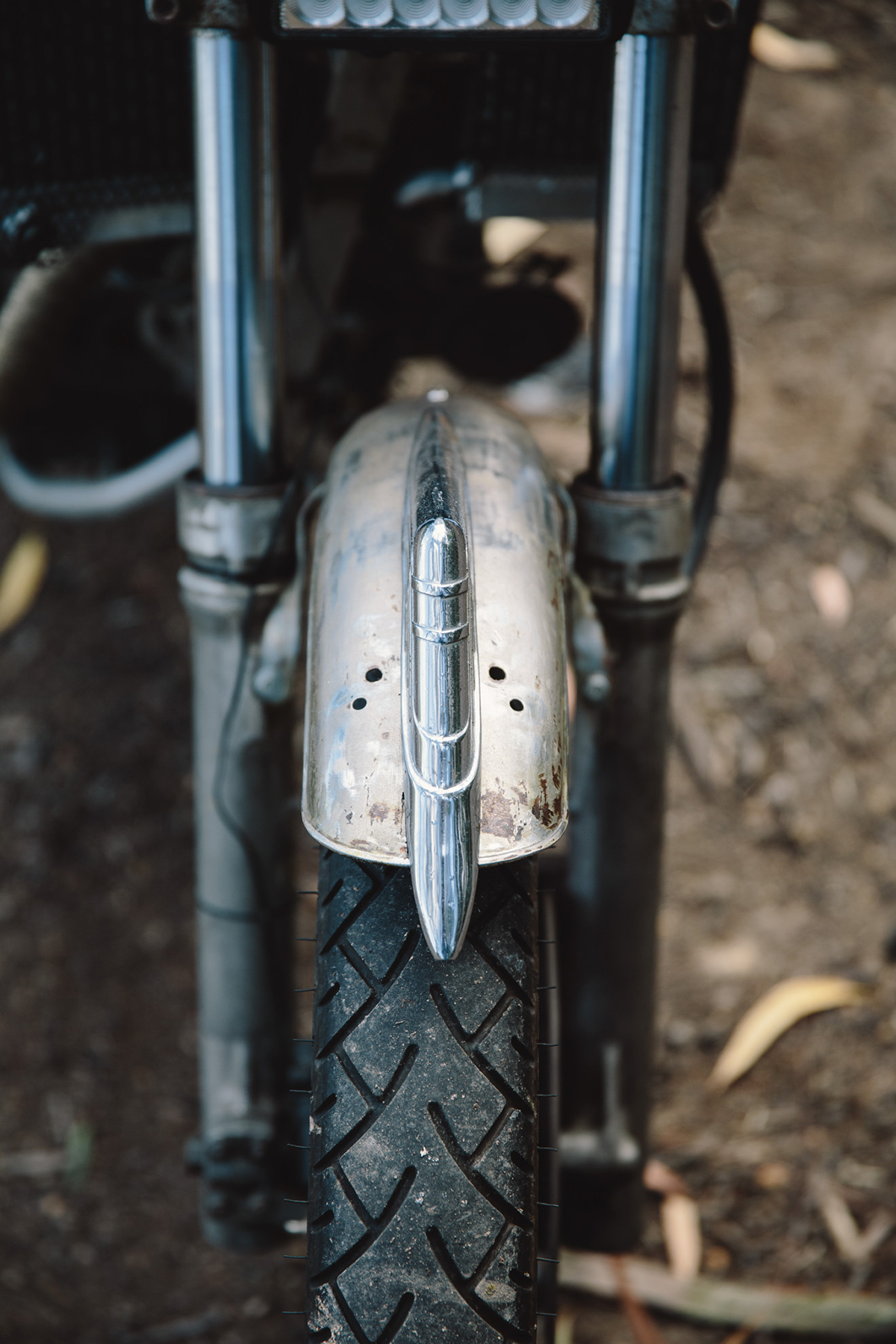 The rack from an old Gilera scooter was made use of an transplanted onto the back of this character fuelled machine, with a 1954 Hudson car hood ornament then being fitted to the front guard. “ It’s the only bit of chrome on the bike I have not touched.” 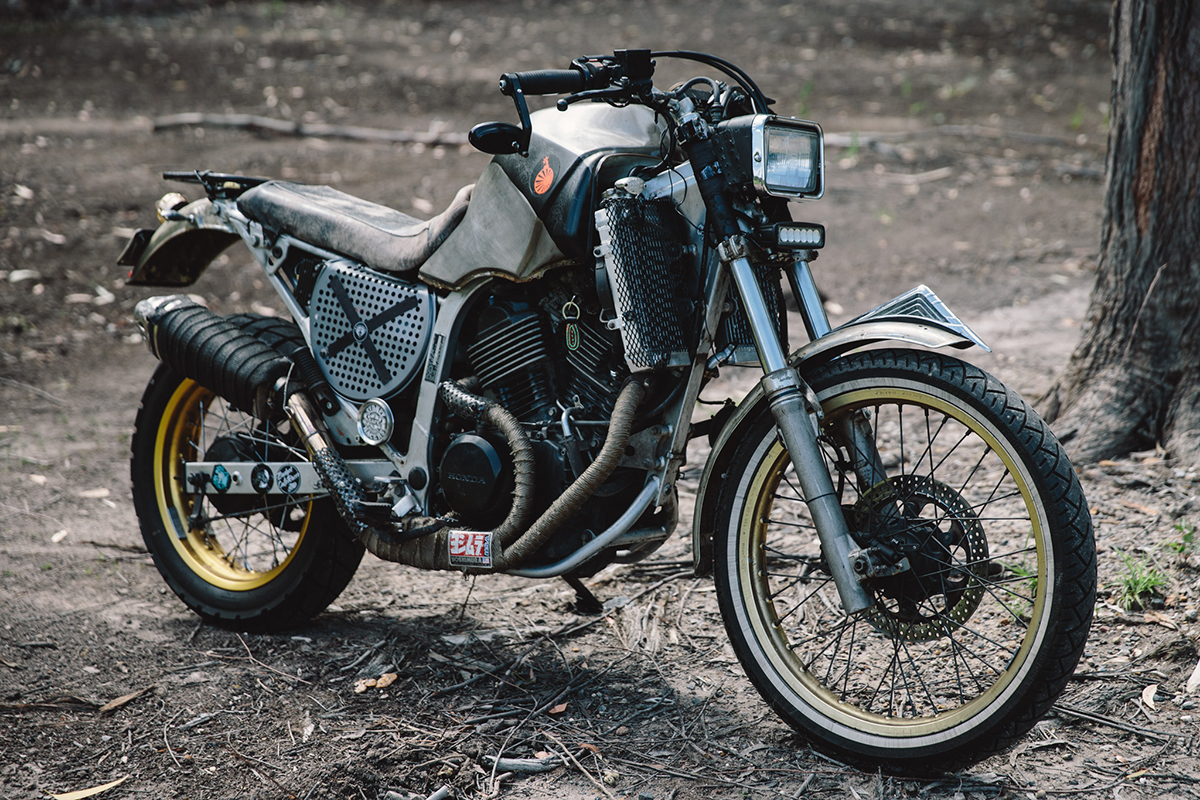 “I love that little 583cc v-twin engine the bike has. It has a nice amount of torque. The long travel forks for the goat track roads here on the Central Coast are also fantastic, makes for a comfy ride. The work I have done to this machine has pissed off Translap Purists in Europe, there is a cult following of the bike over there. Who would have thought there would have been purists for this bike!? Sheesh… I love the bark from the Yoshi muffler. Most of all I love that Bender has my very unique and deranged touches to it.” 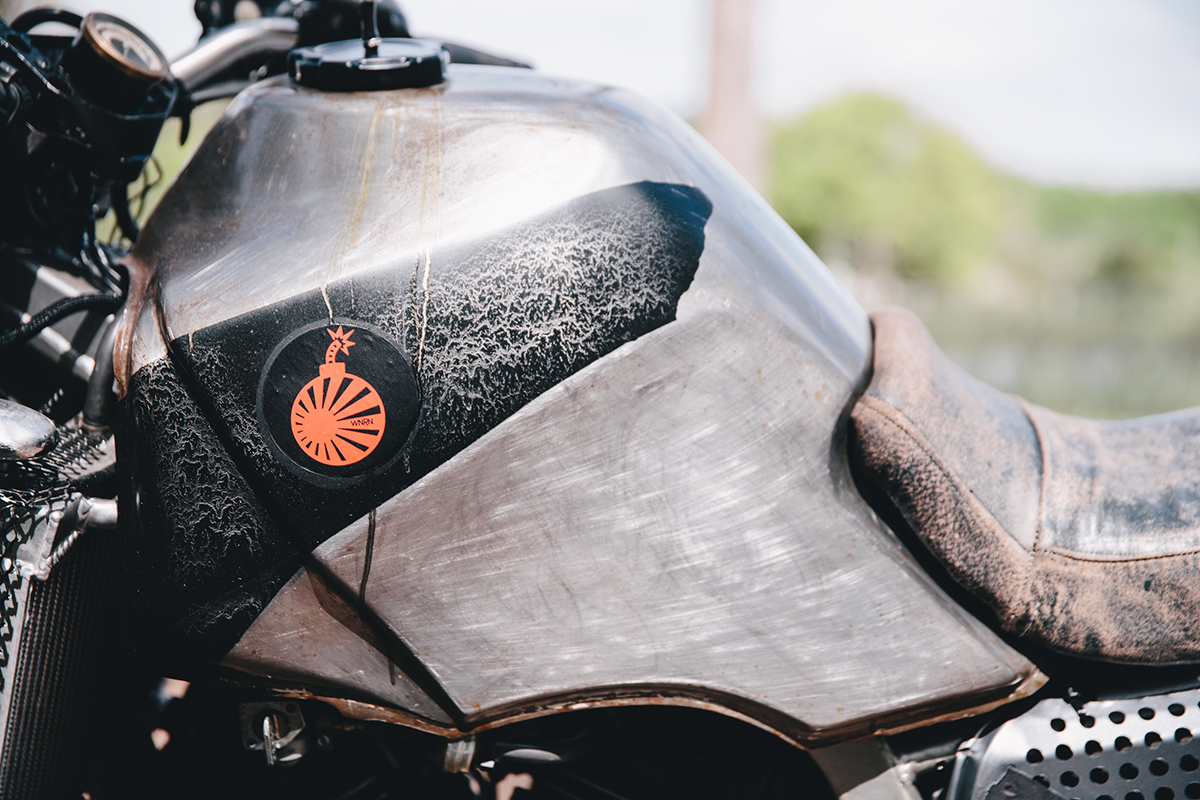