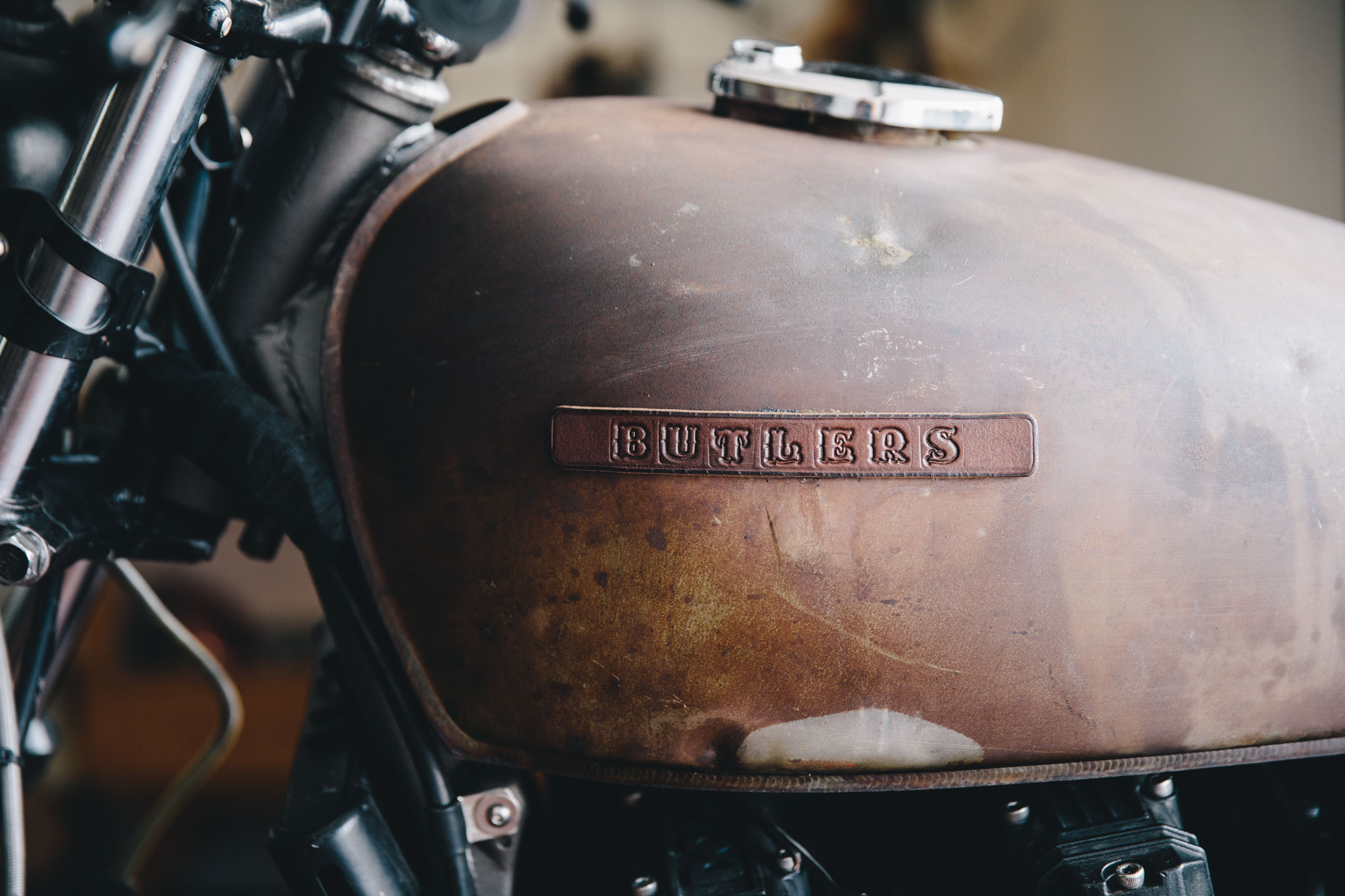 Last time we caught up with Liam Butler, he was working out of a mate’s shed with borrowed tools. Today, he’s grown and expanded to his own shop, and is pumping out some great builds while making his own mark in the Australian custom motorcycle world. 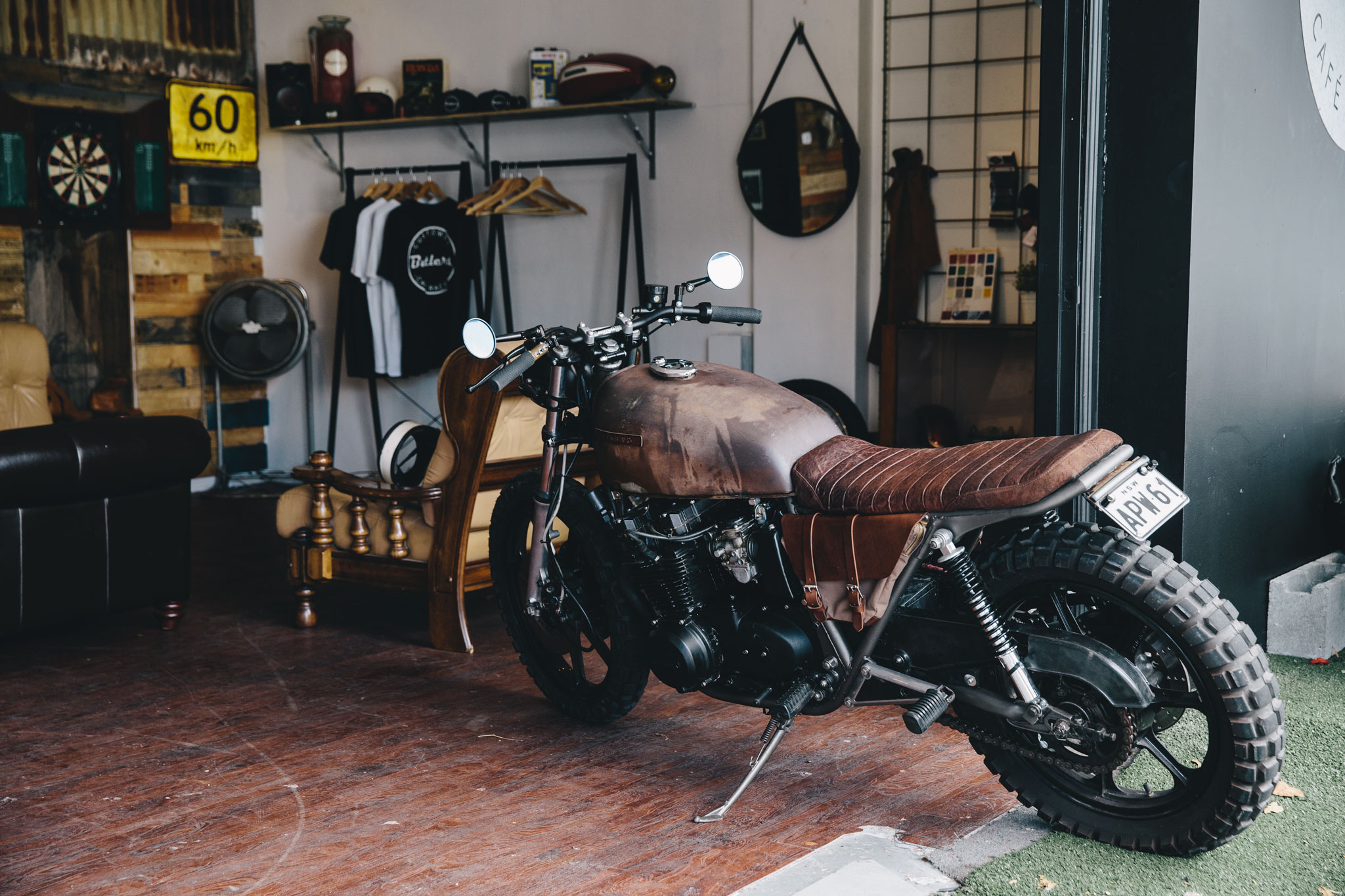 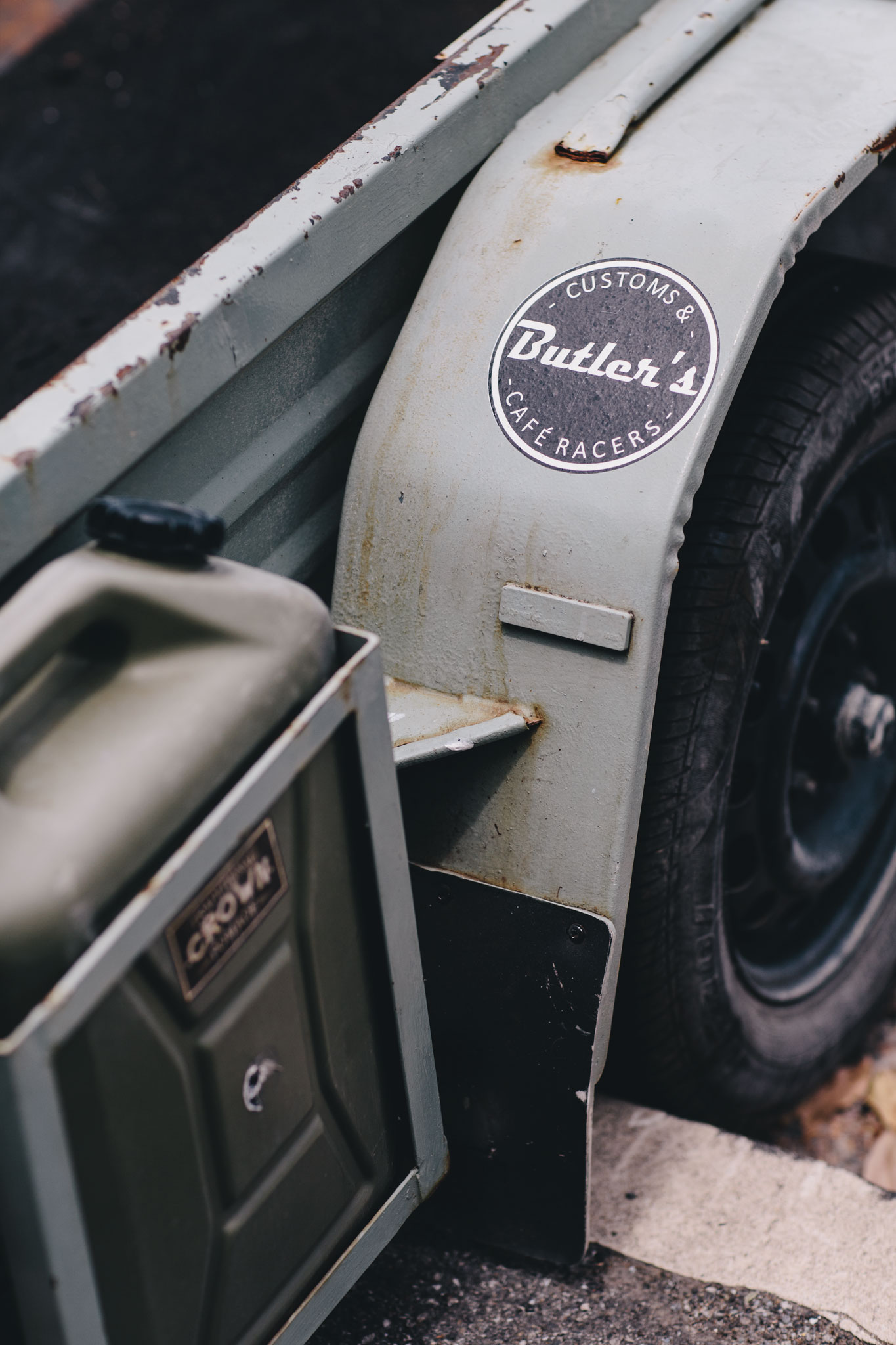 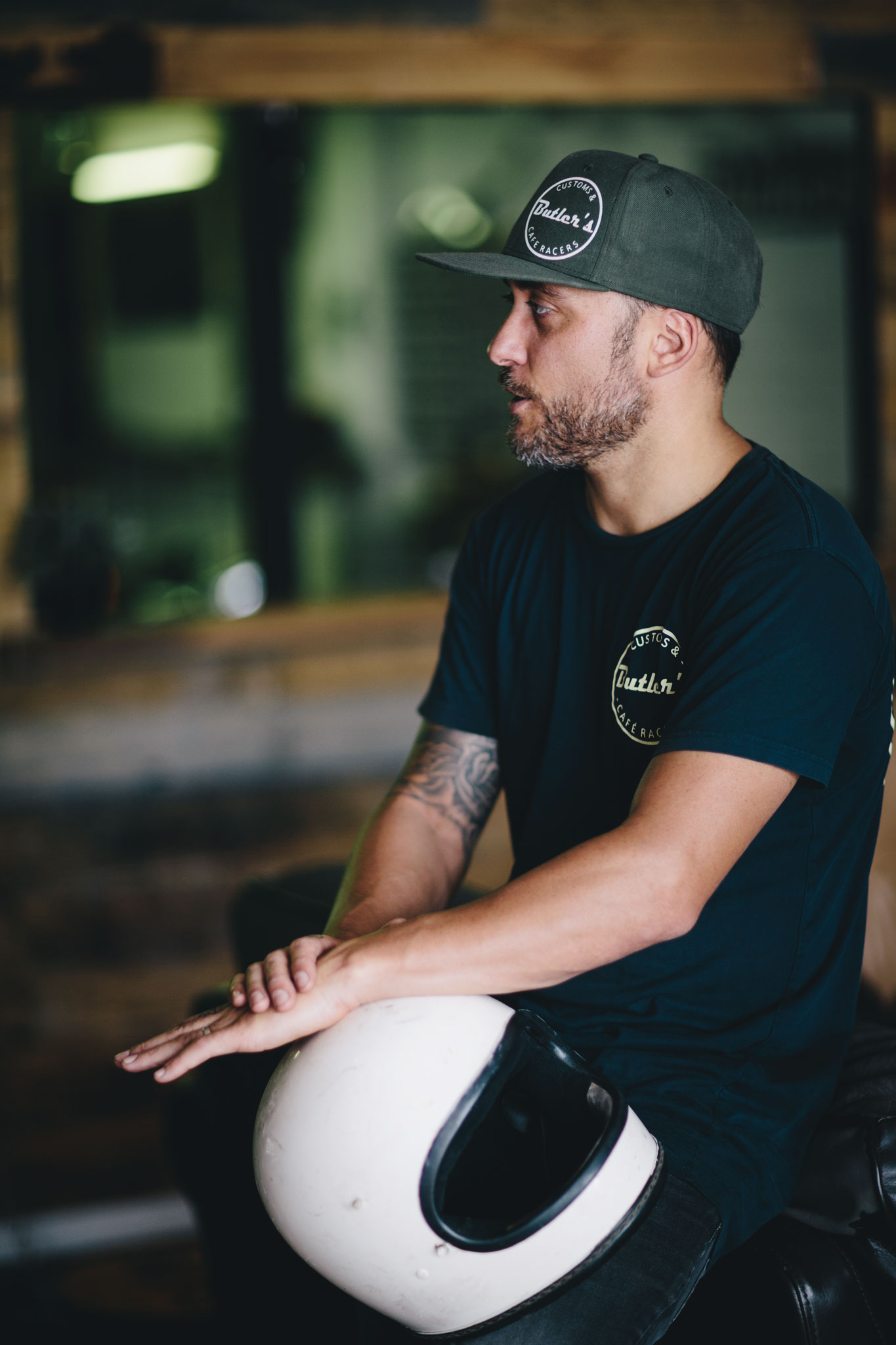 Seeing how far Butler’s Customs & Café Racers has come over the past 18 months is something truly exciting. These beginnings were long in the making however. From working on cars with his Pop as a kid when he was as tall as a dining table, Liam’s love for machines was planted early. “As long as I can remember I’ve been pulling things apart and putting the back together to see how they worked. It was only natural I suppose that I’d end up becoming an automotive electrician by trade. I was drawn to motorcycles when I was little, my Dad, Uncle and Pop all rode as did my friends. I could just never afford one till I was older. Once I met my mate Paul and he showed me the bike he was building, I was hooked.” 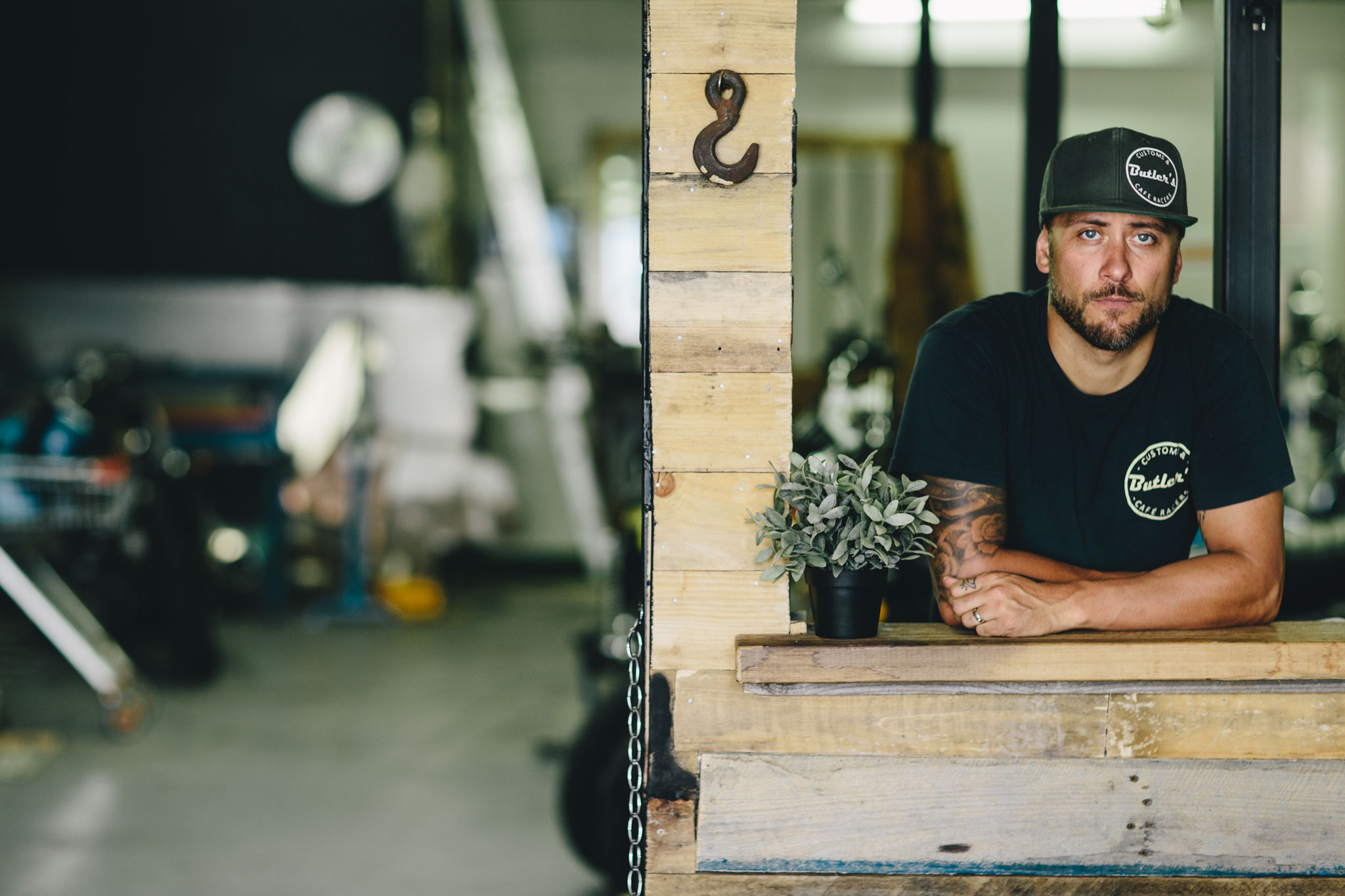 After years of working for companies from building buses, police cars, army vehicles, race cars and mining vehicles, Liam decided to take his skills on a different path. Bikes. “When I got my first bike and built it up, I did my best to make it what I felt was the best and classiest bike I could on my limited budget of $3000. I had just been made redundant from the mines, had no more work and just a motorcycle to play with. After finishing it and getting a good response from people, my wife suggested I put a post up on Facebook letting people know I could wire their bikes for them, I got some work which kept us going till I found a new job but before long I was flat out. I thought that maybe I could take this passion to another level, and make it my full time job.” 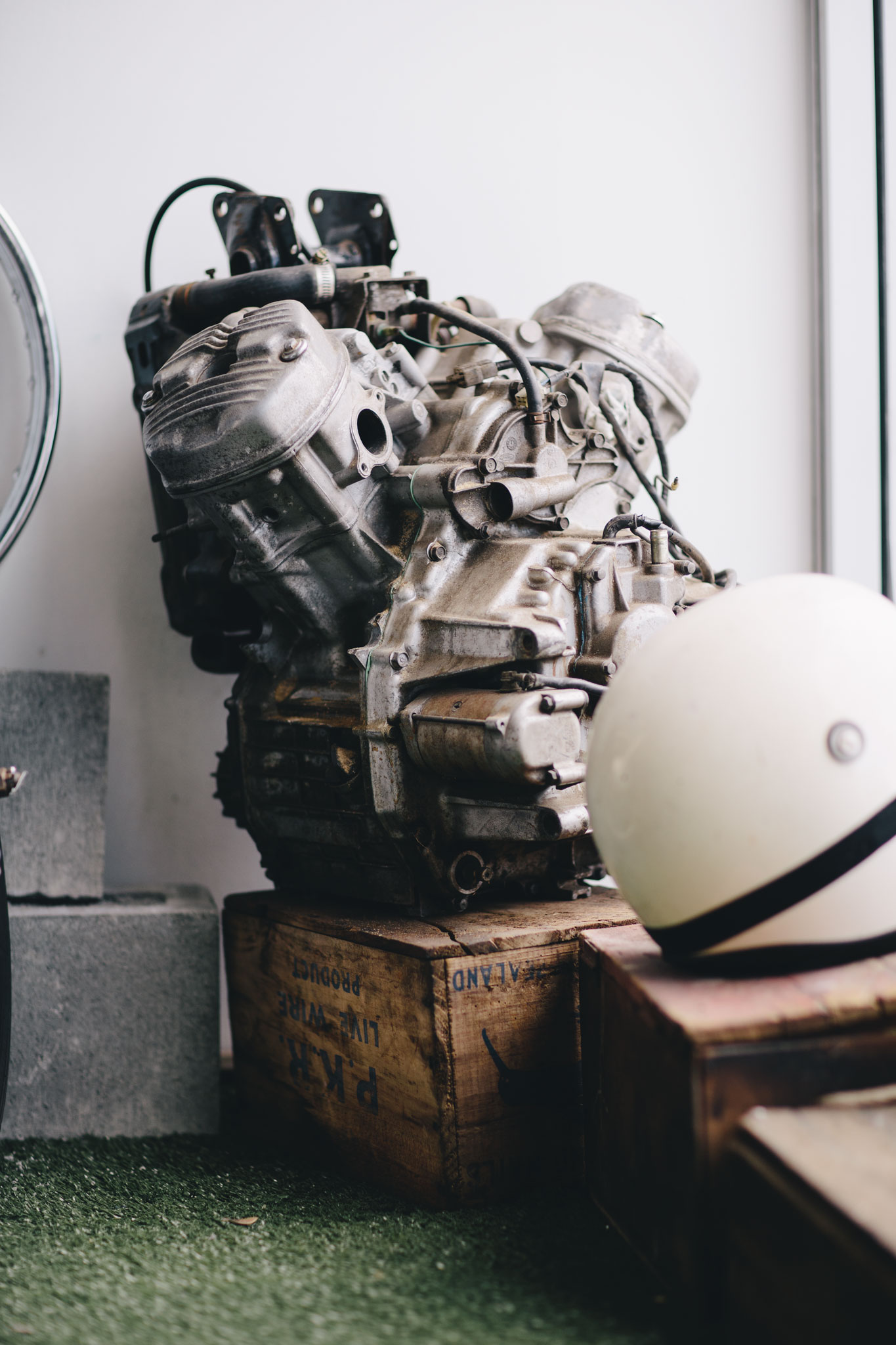 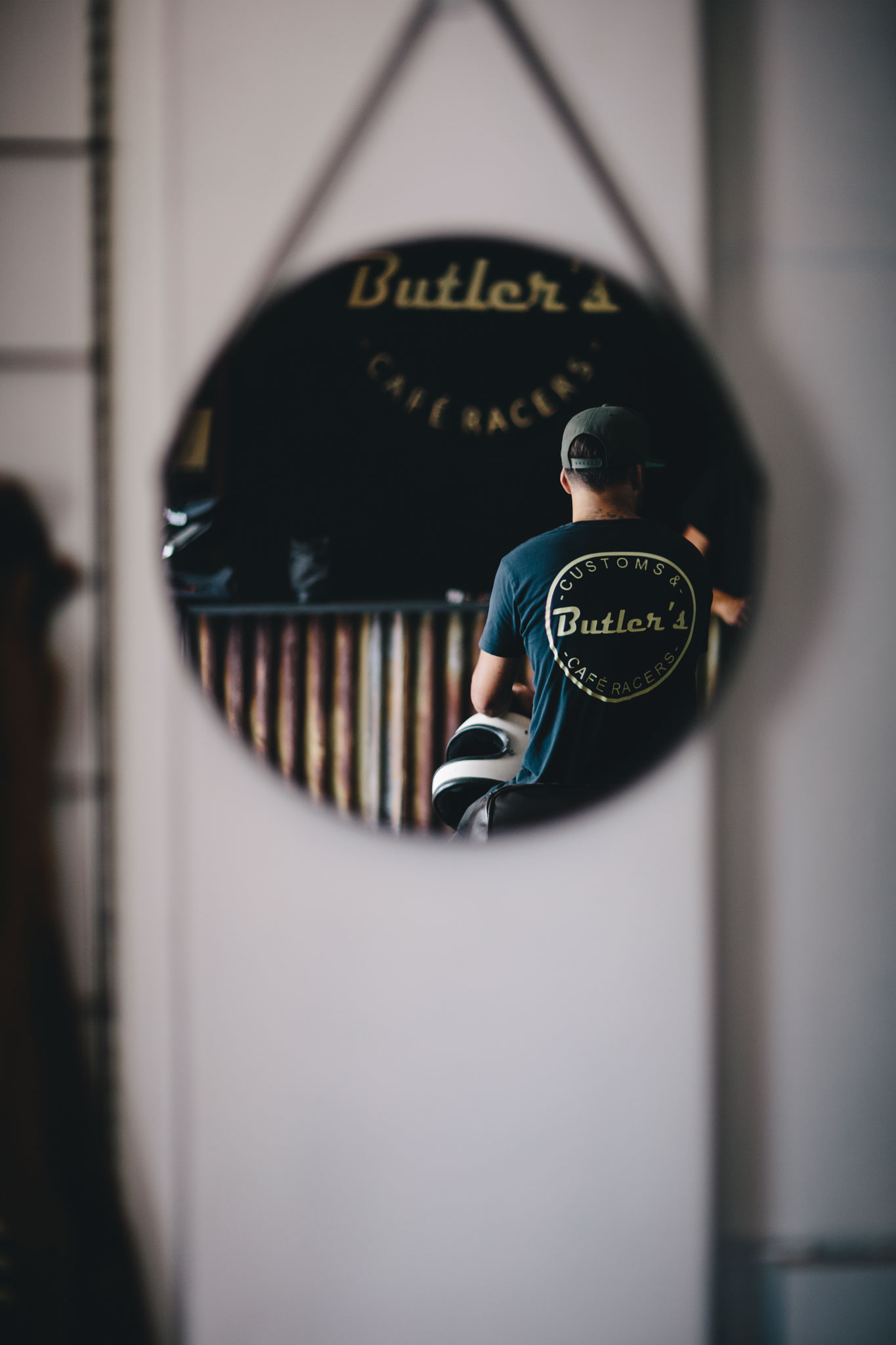 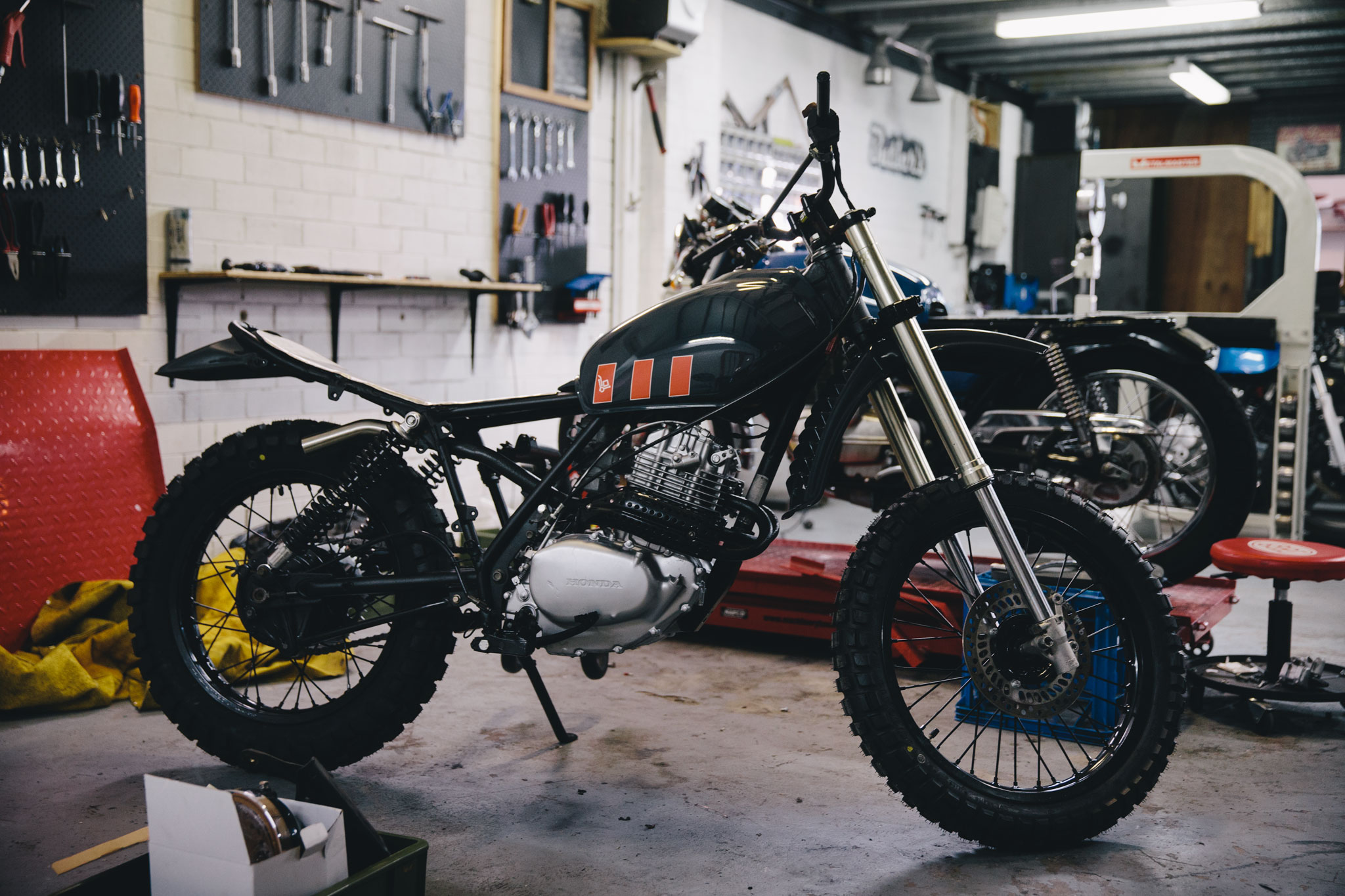 Just as soon as this idea had entered Liam’s head, a logo was drawn up and his business name was now registered. Soon he was building more bikes and selling them, while also doing electrical work for others. A year and a half later Liam ran into his mate Chris Johnson who is part owners with Chris Joannu of the Edwards Bar in Newcastle. “I told Chris that I was eventually going to open my own shop and if he had any advice. He offered me a space in one of the shops they had next door to their bar, and so I jumped at it. The space now allowed me to take on a mechanic and engine rebuilder, along with being able to buy more tools and other things needed. Now we hold monthly rides, events and have a steady flow of custom bikes rolling out the door.” 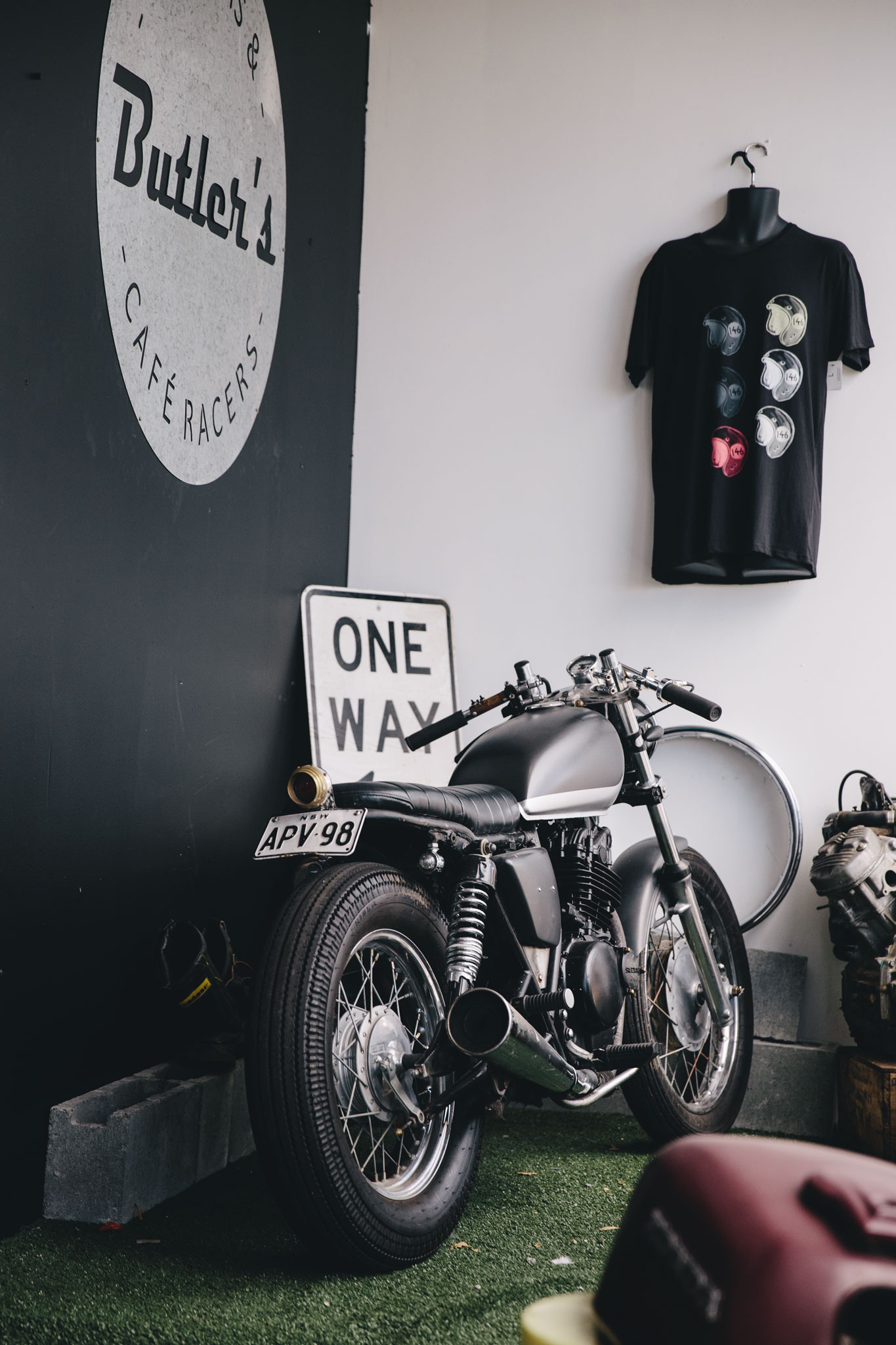 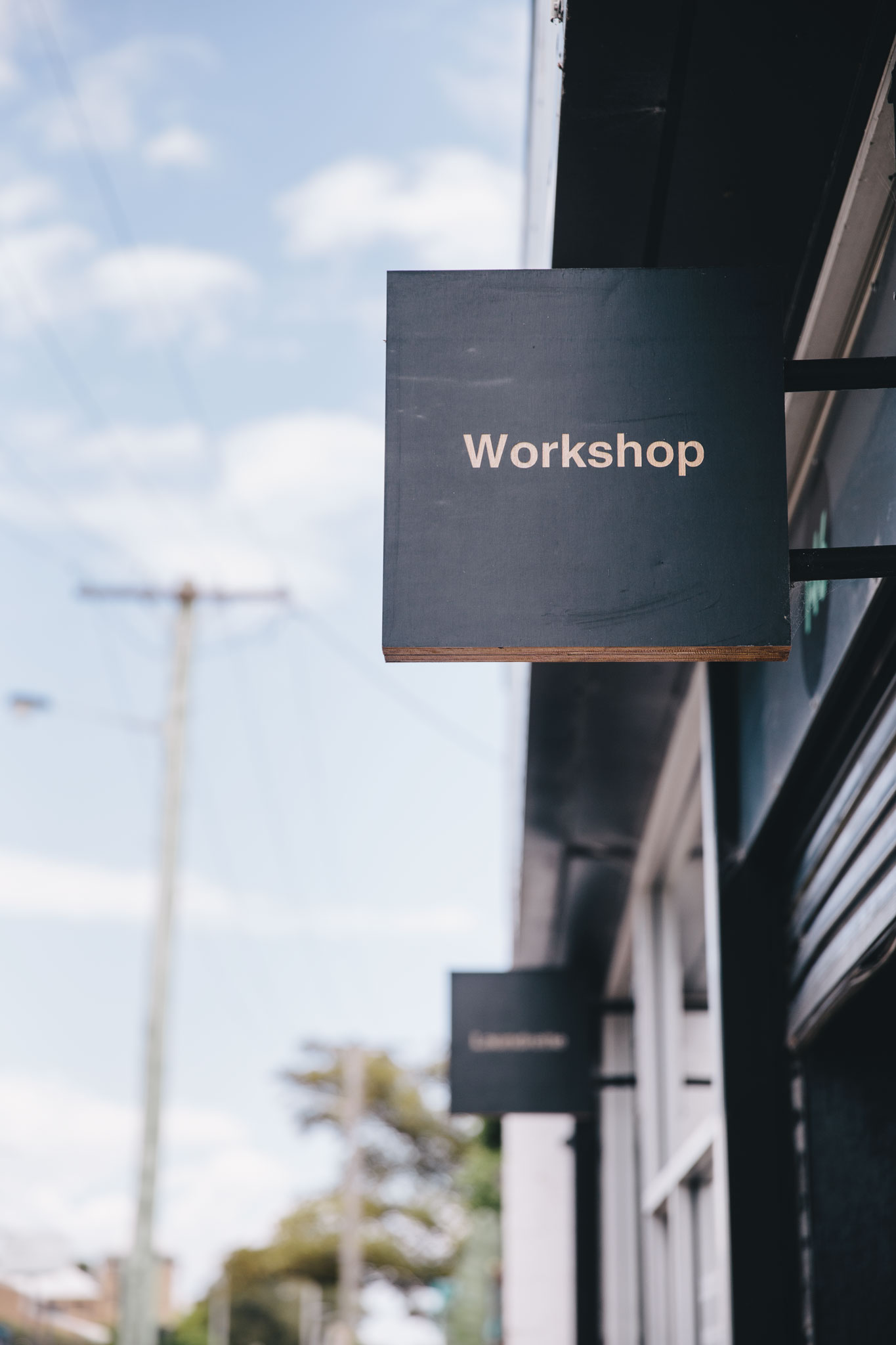 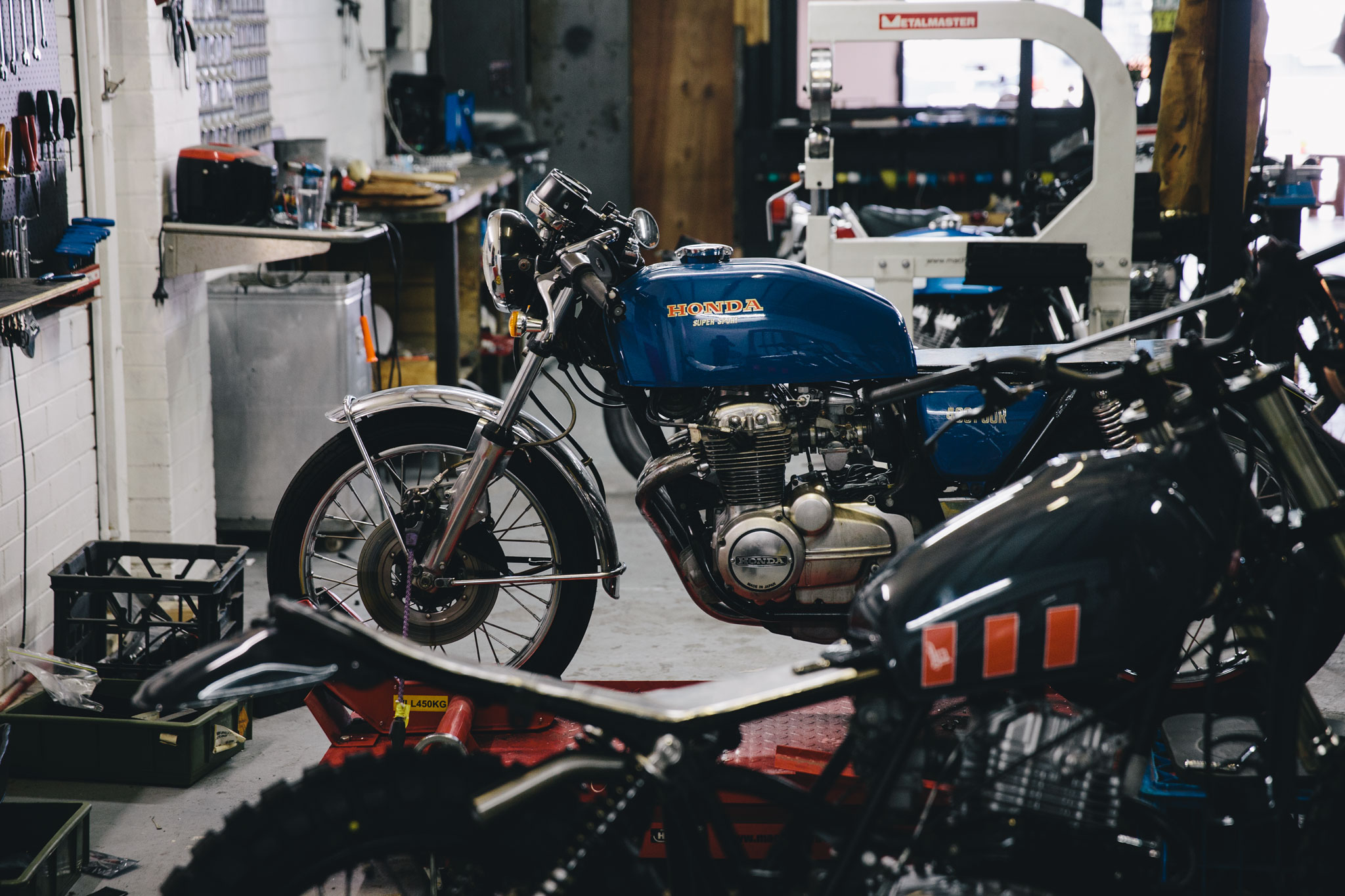 Specialising in pre-90’s motorcycles, Butler’s take care of fabrication, engine rebuilds, complete restorations, electrics, custom builds and anything mechanical. The new space also allowed him to start working with apparel, parts and accessories, further expanding the growing repertoire that Butler’s Customs & Café Racers have. “We’ve built a lot of bikes from top to bottom, and currently are building a complete custom Honda XL250, a Yamaha XS400, a Suzuki GS650 and a Honda CB400.” 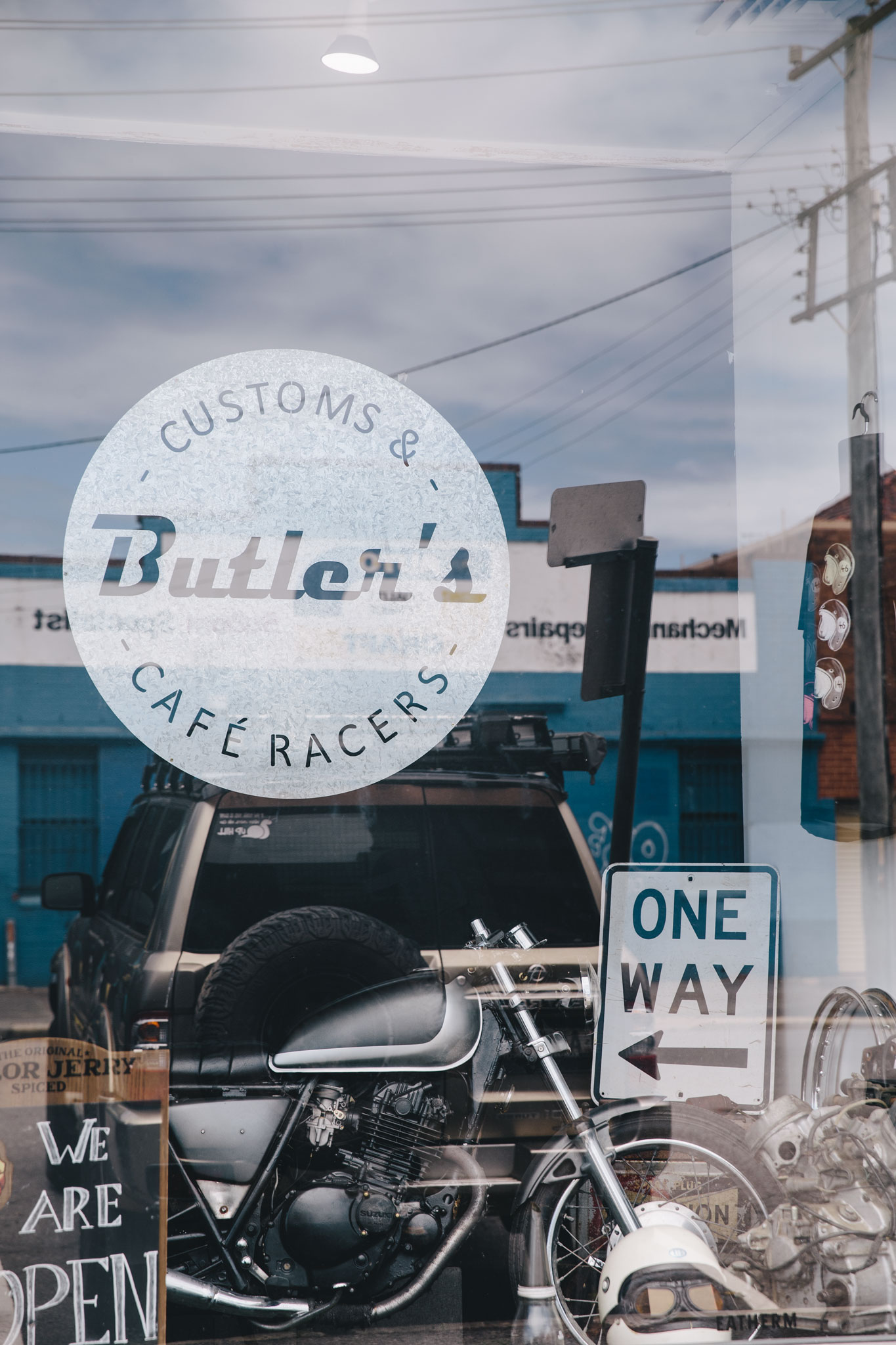 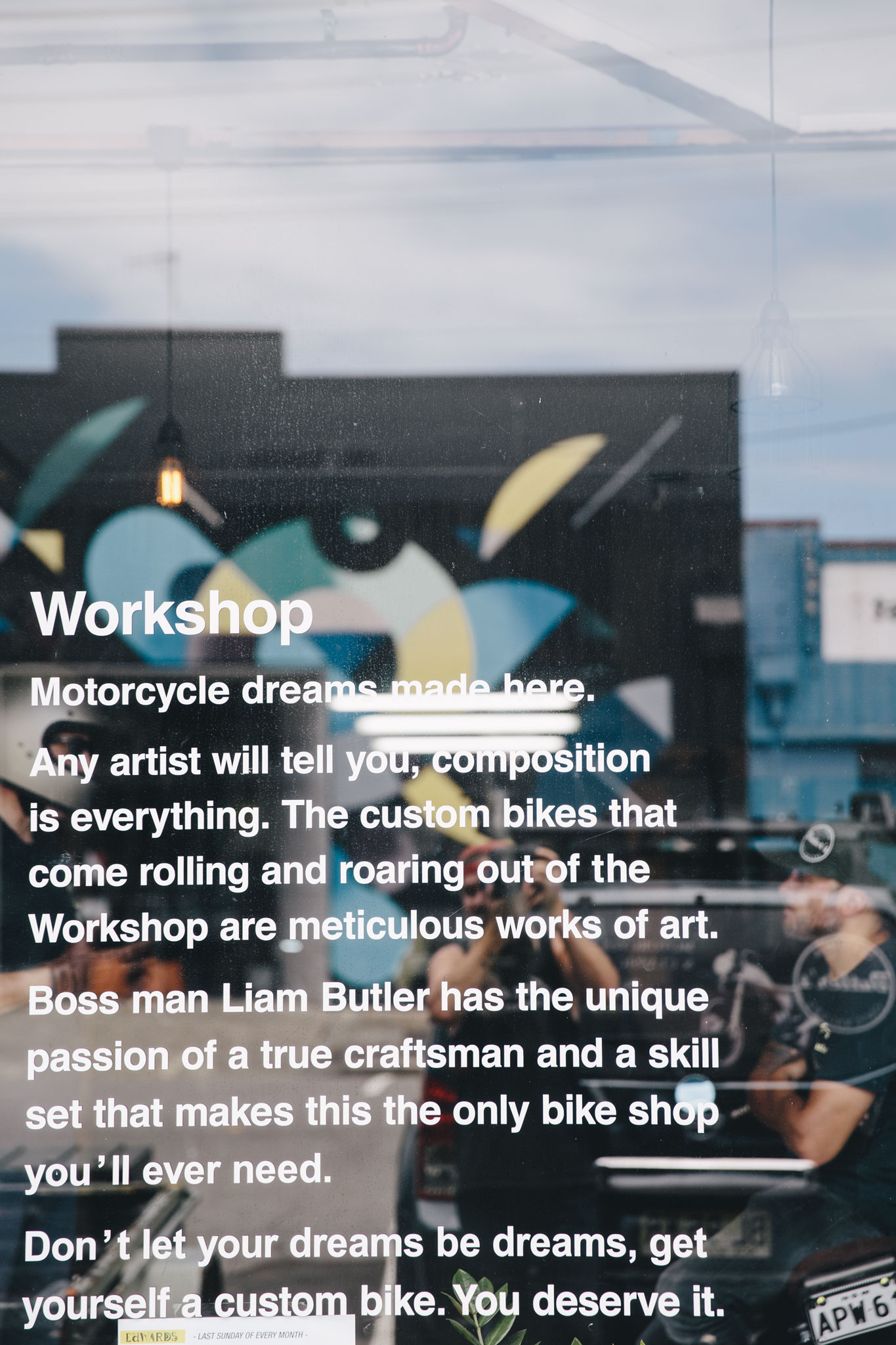 From working at home, then to a mates shed with borrowed tools, and to now operating a complete workshop space that bears his name, it’s a success that comes from passion and drive. Adding to the thriving Newcastle motorcycle scene, more and more are looking at getting involved with custom or classic bikes, and giving it a go themselves. Butler’s has proven to provide a hub for those wanting to be a part of the 2-wheel fun. 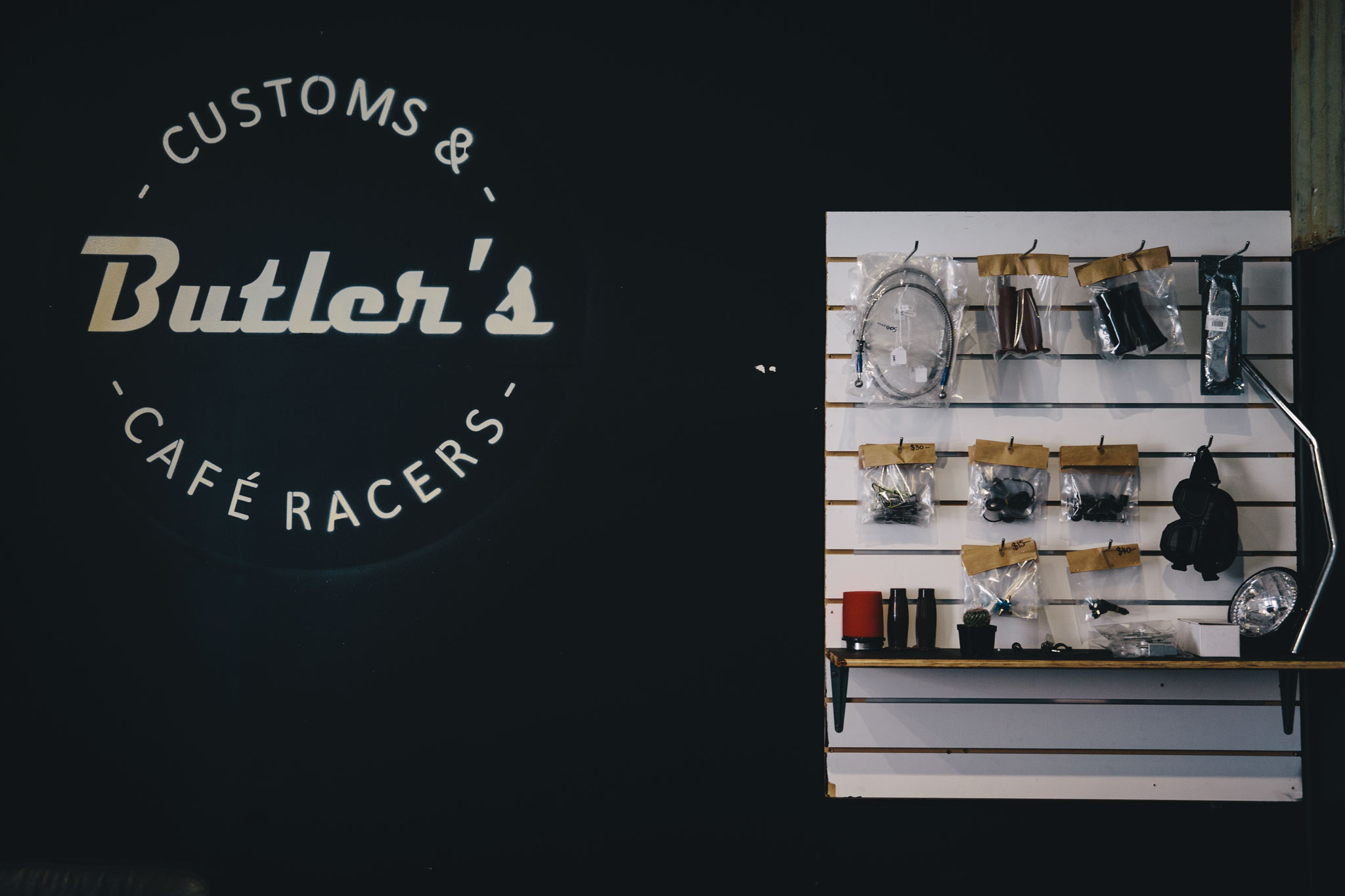 “We’ve got some big things happening this year, with some massive builds for high end clients and companies, along with new events. We have our monthly Parry St Roll Up, where on the last Sunday of every month we ride from 12:30pm from the shop before coming back to The Edwards Bar for beers, bands and food. “ 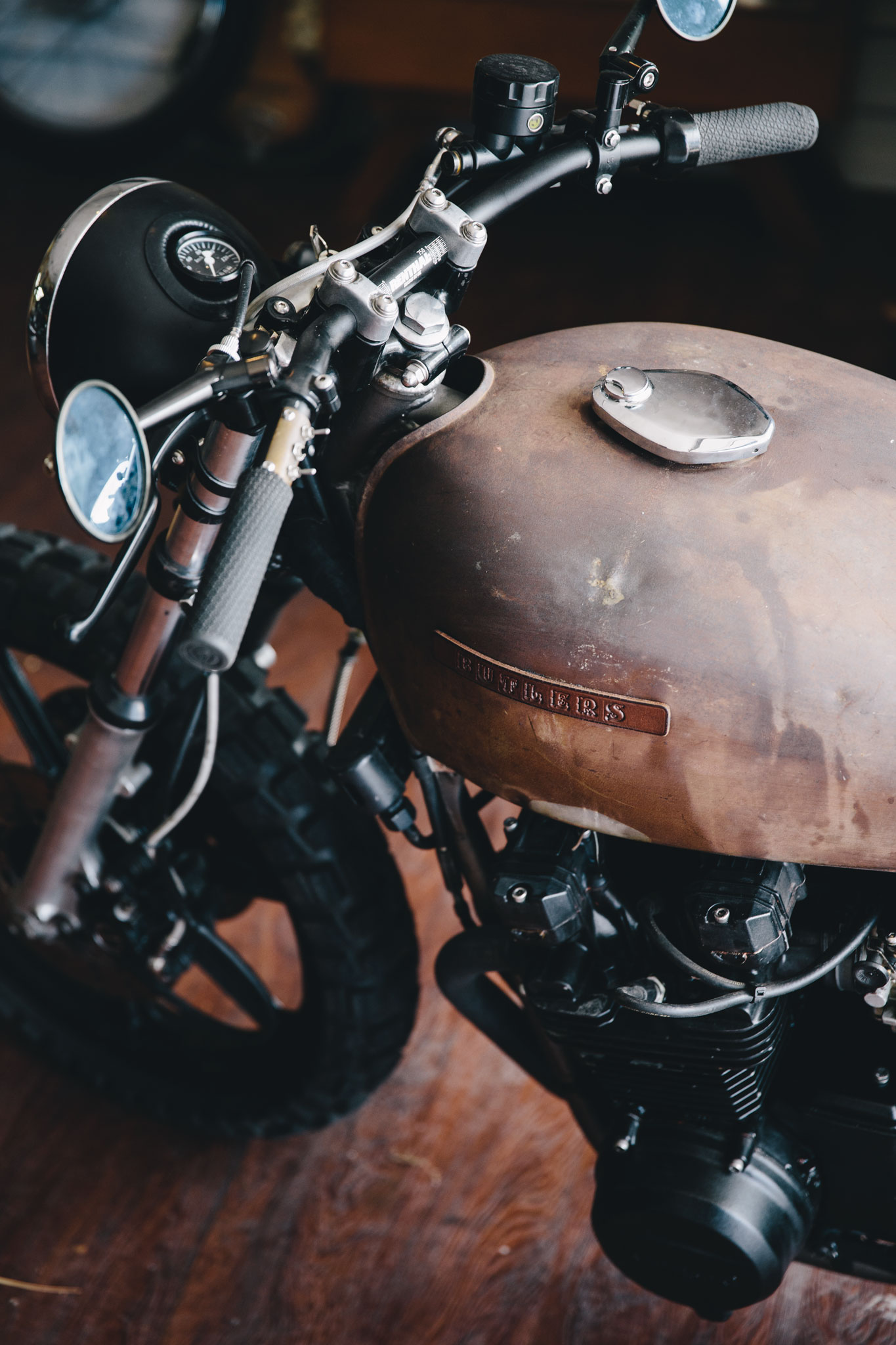 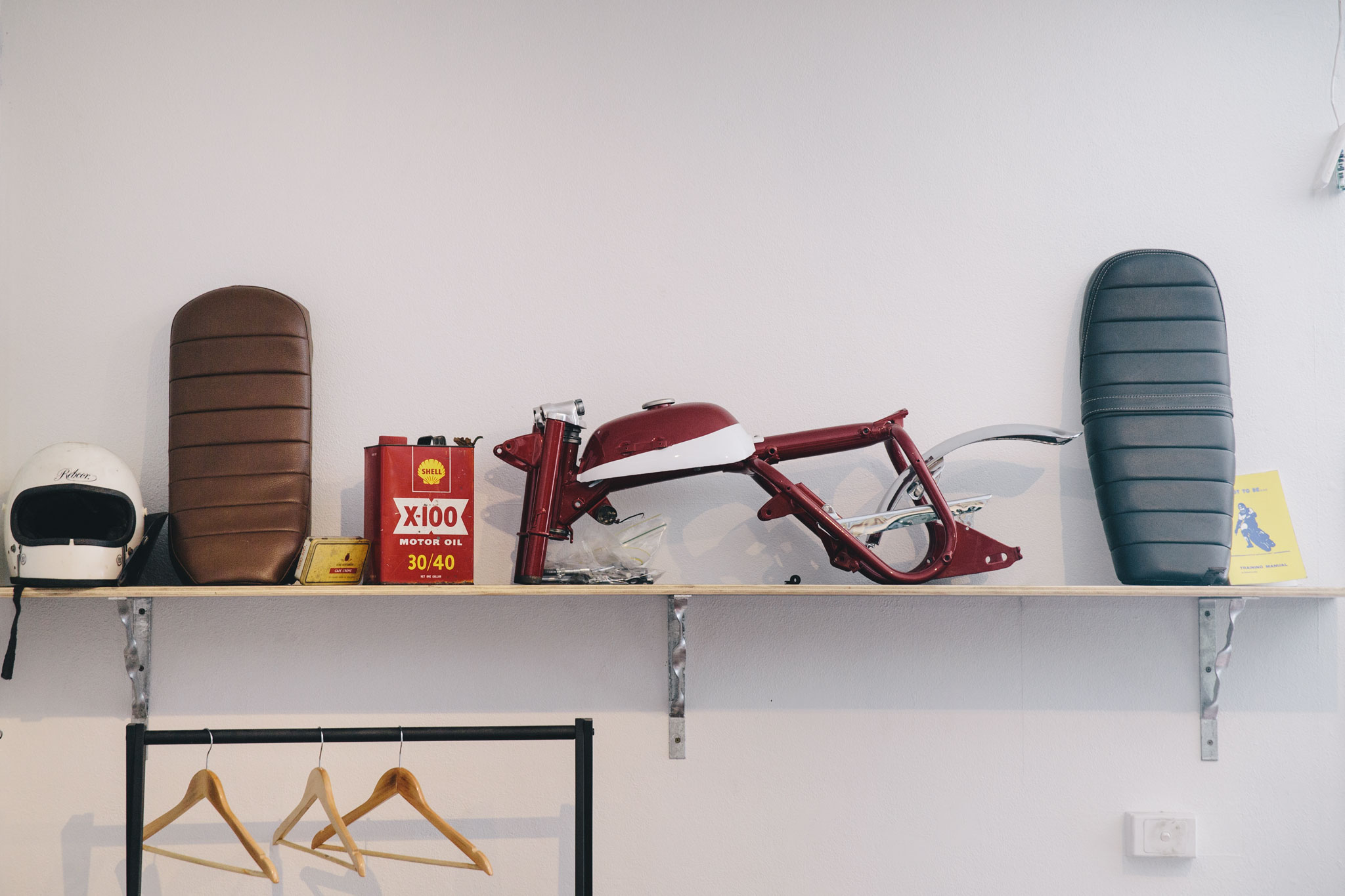 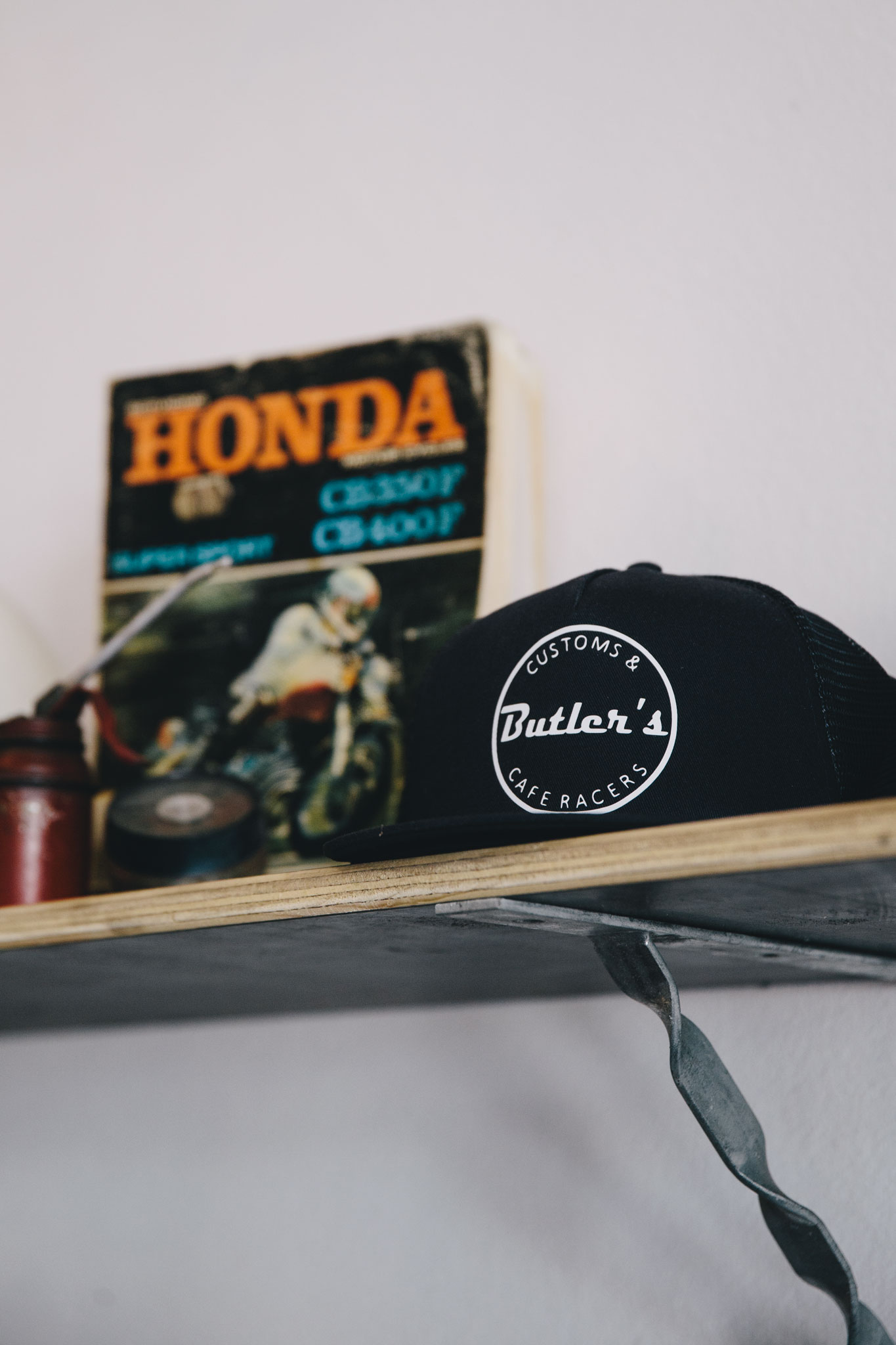 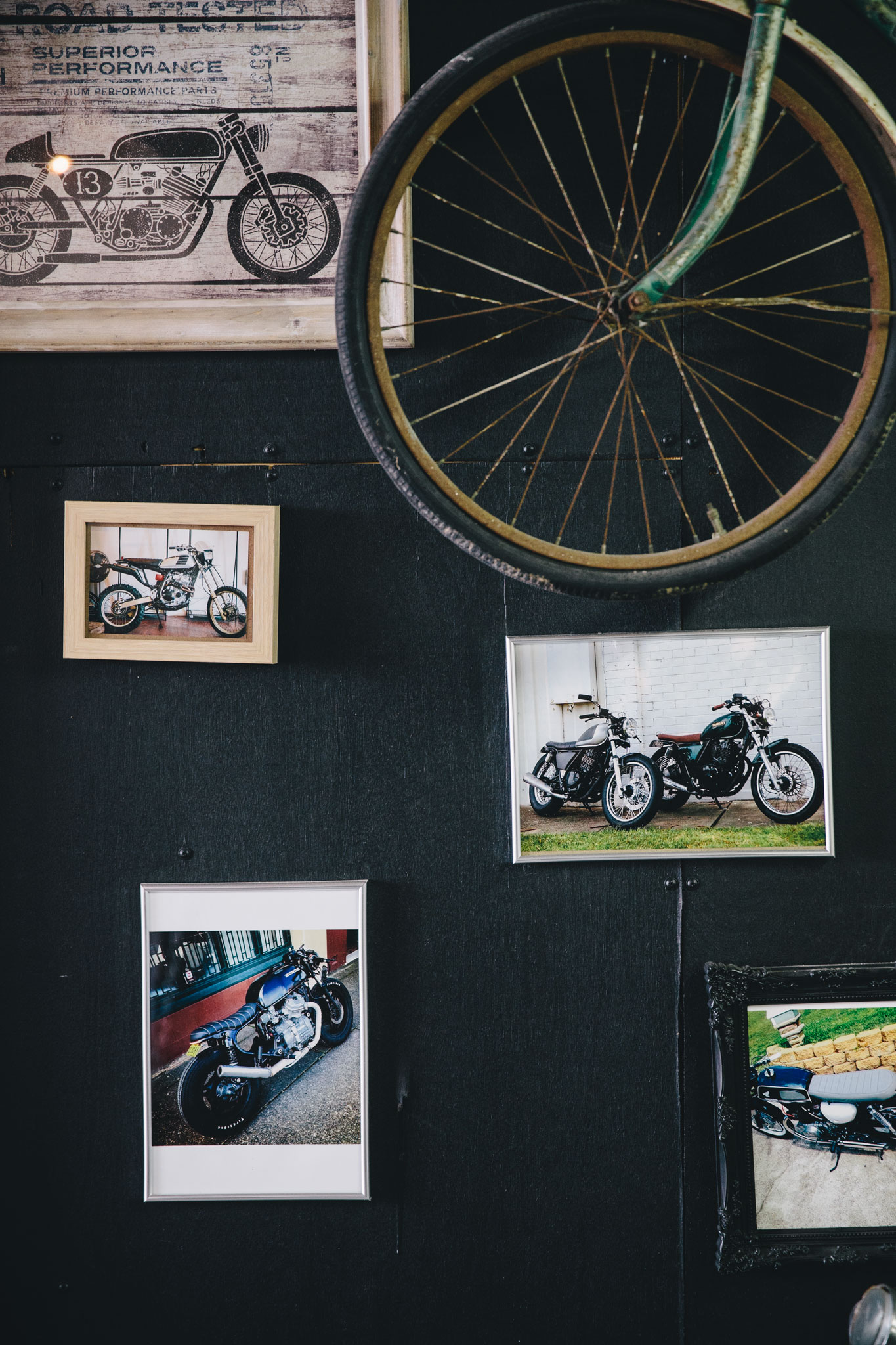 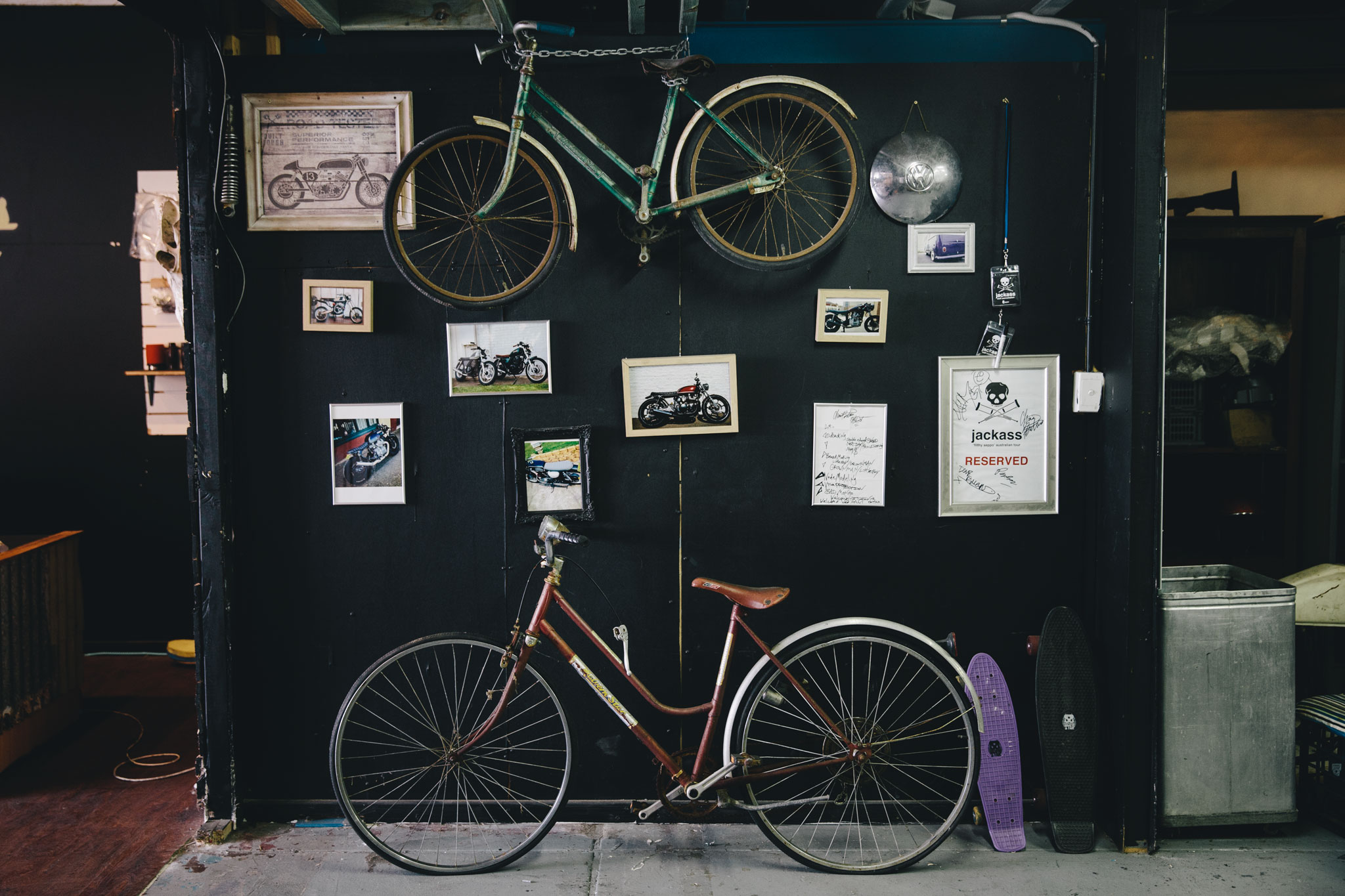 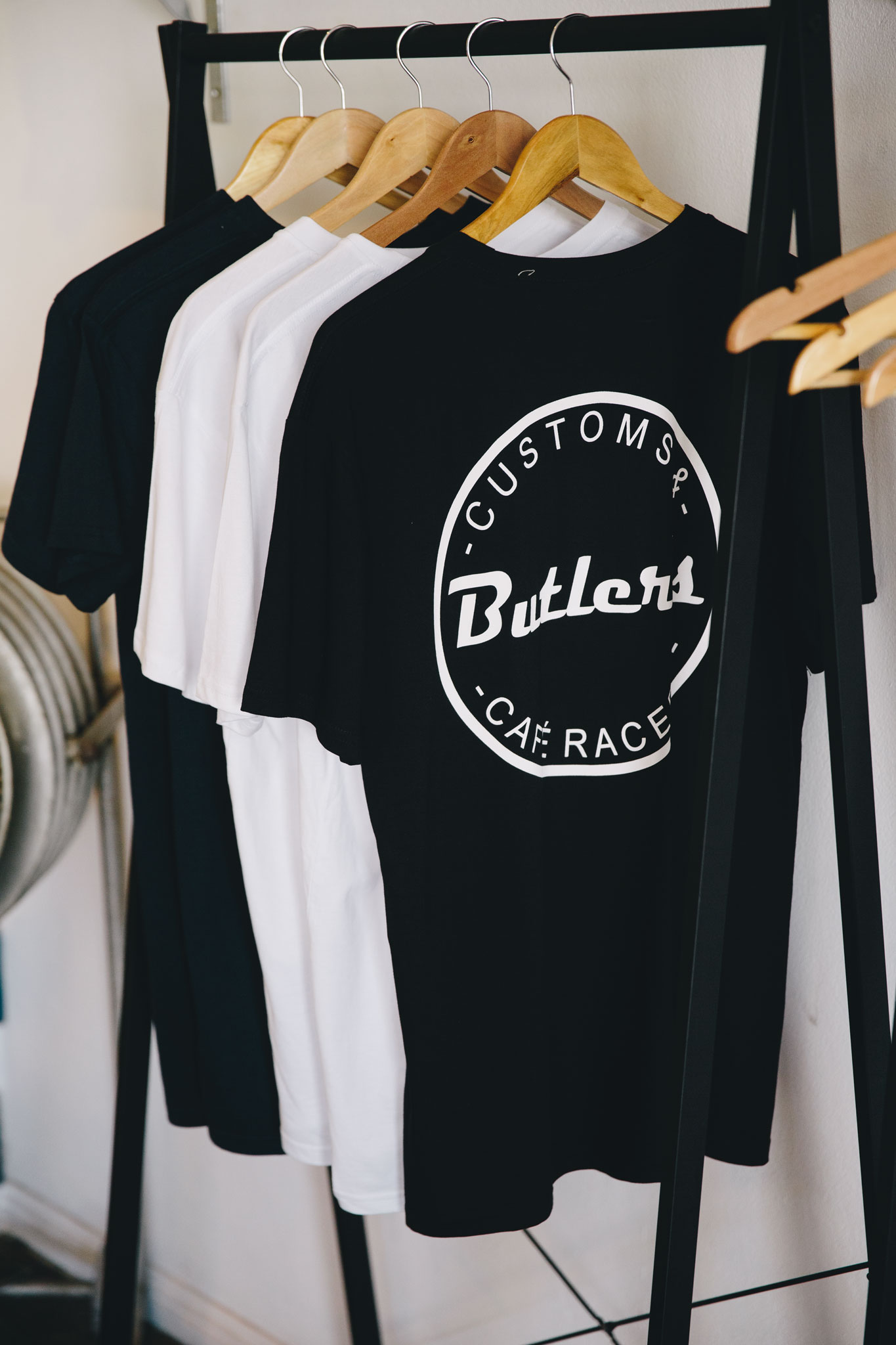 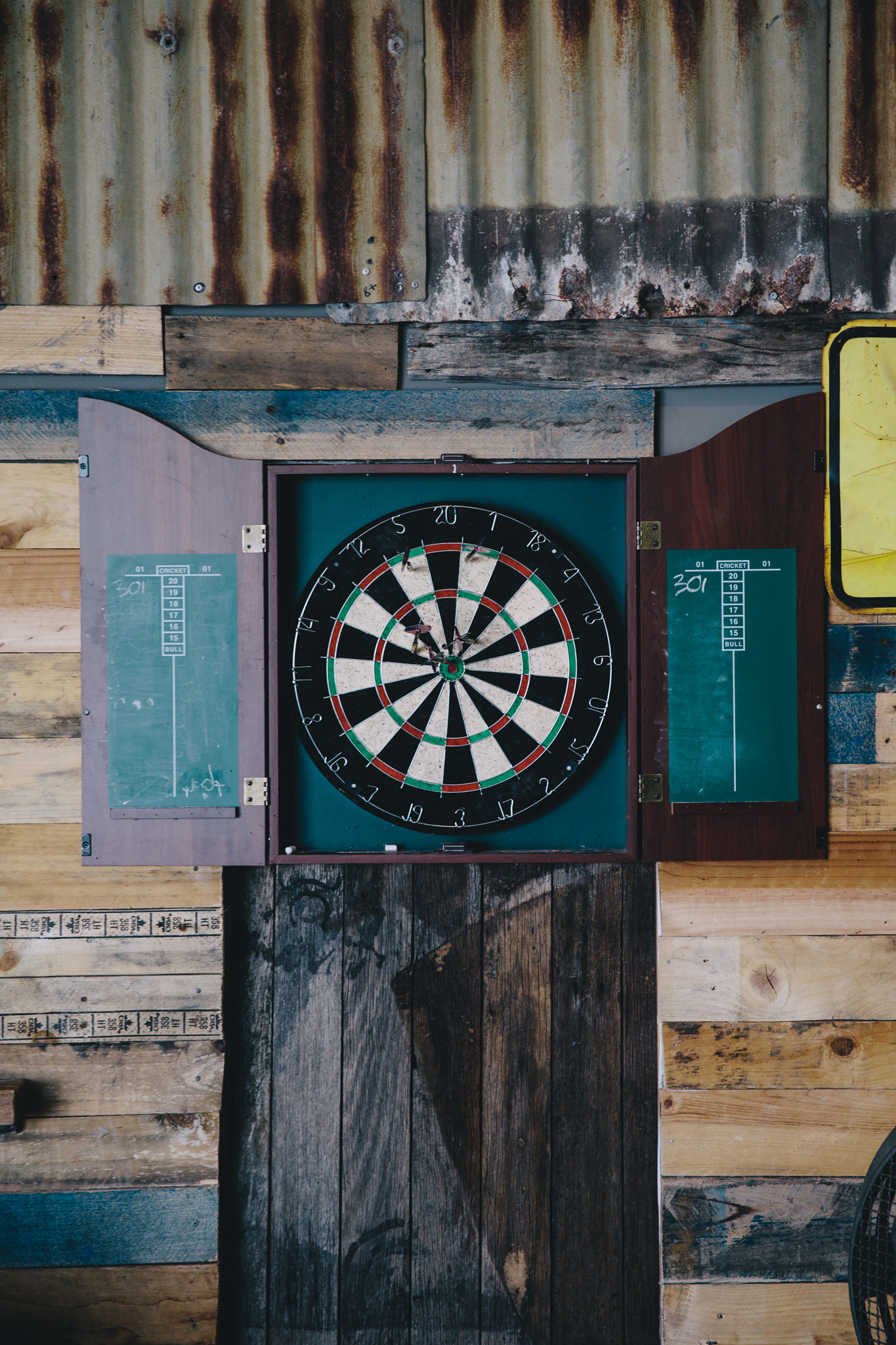 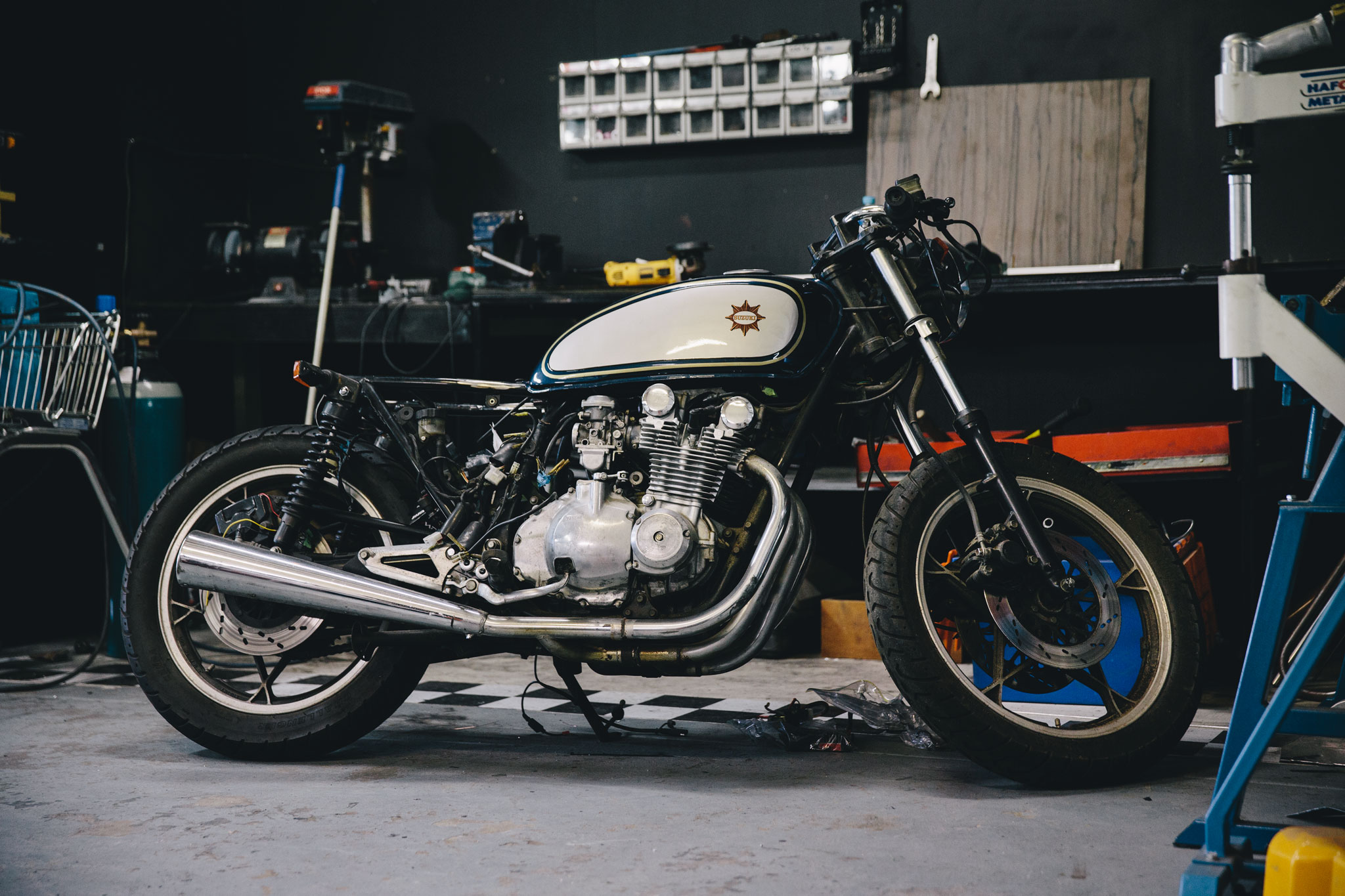 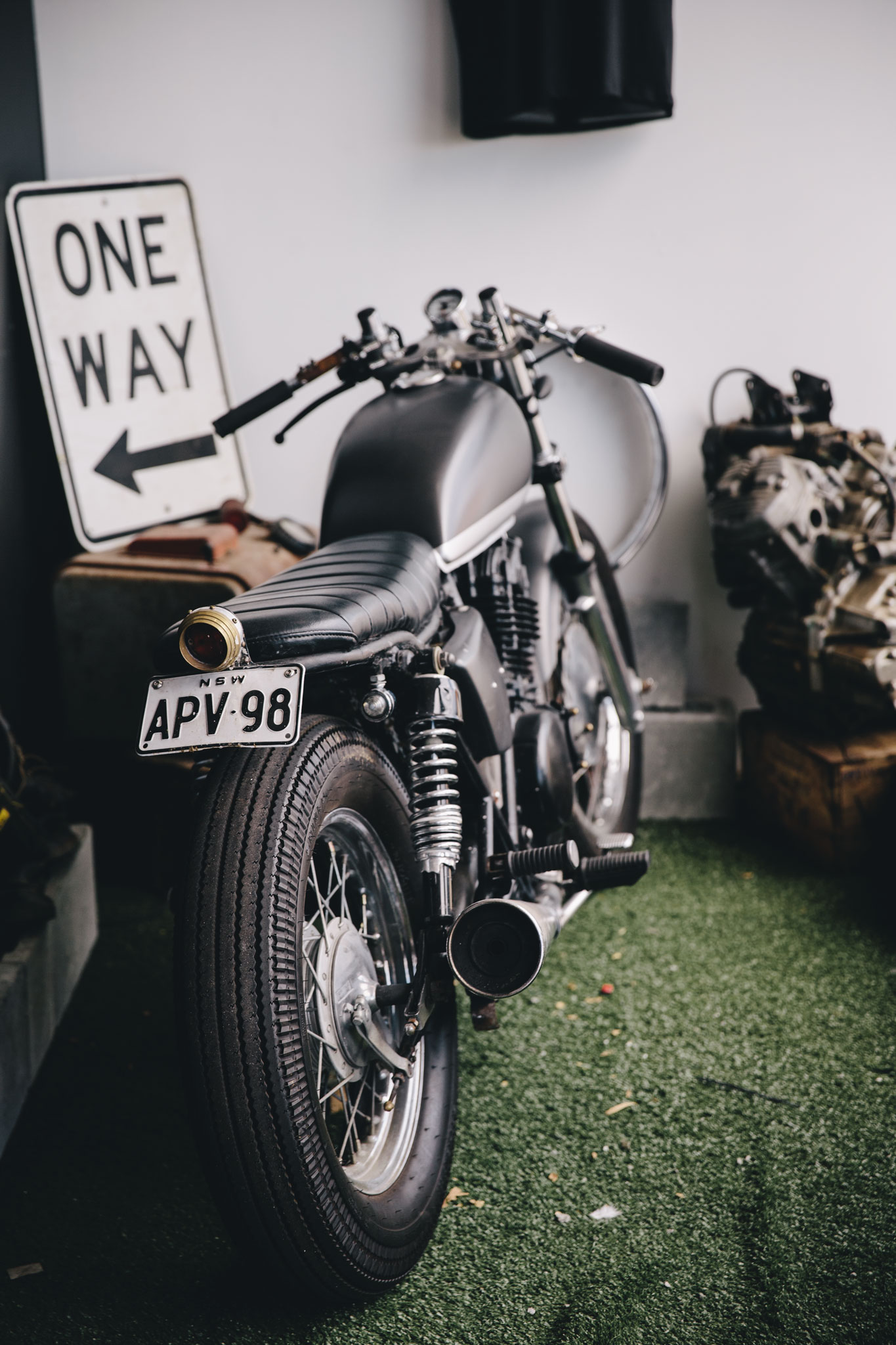 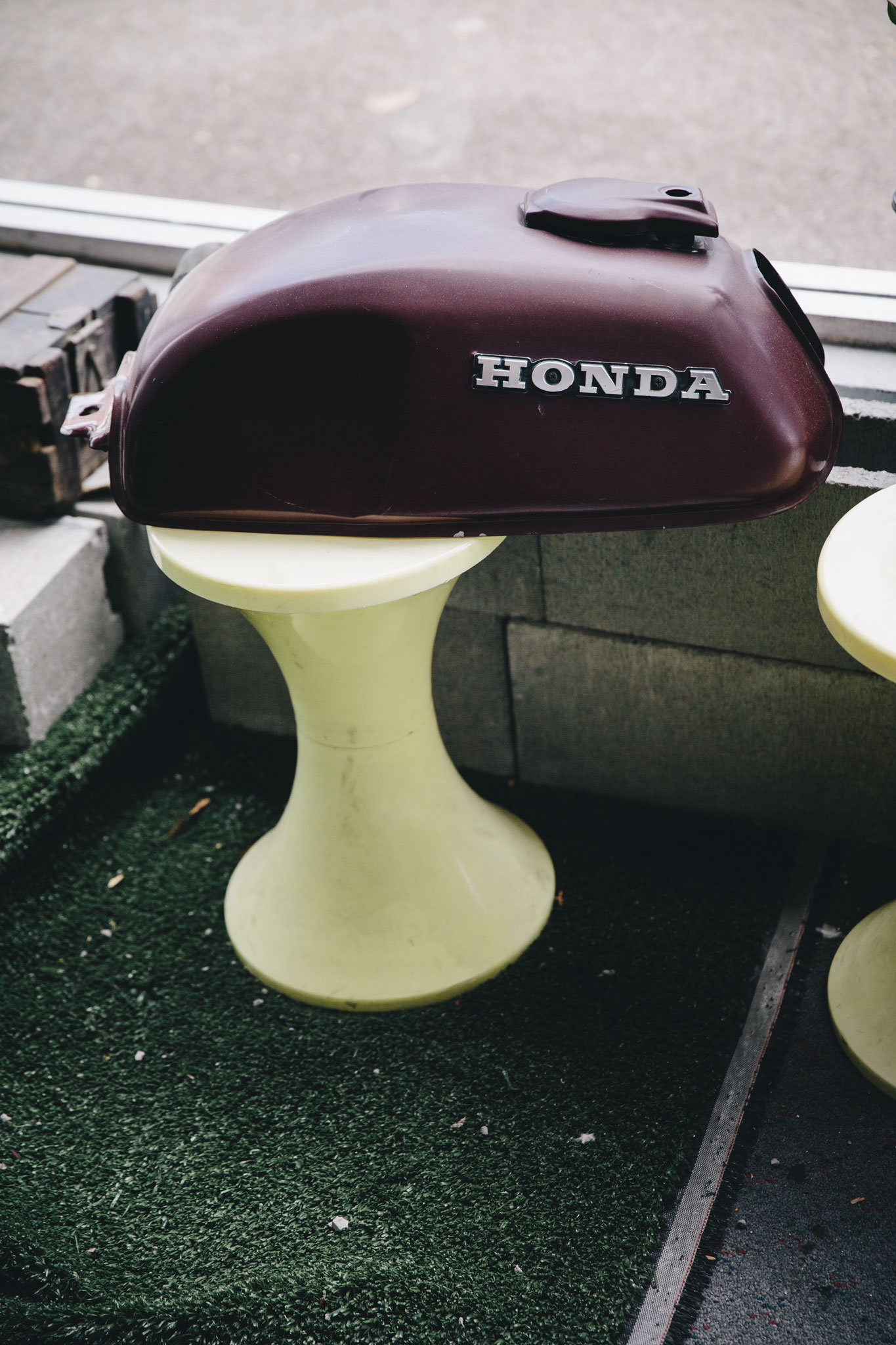