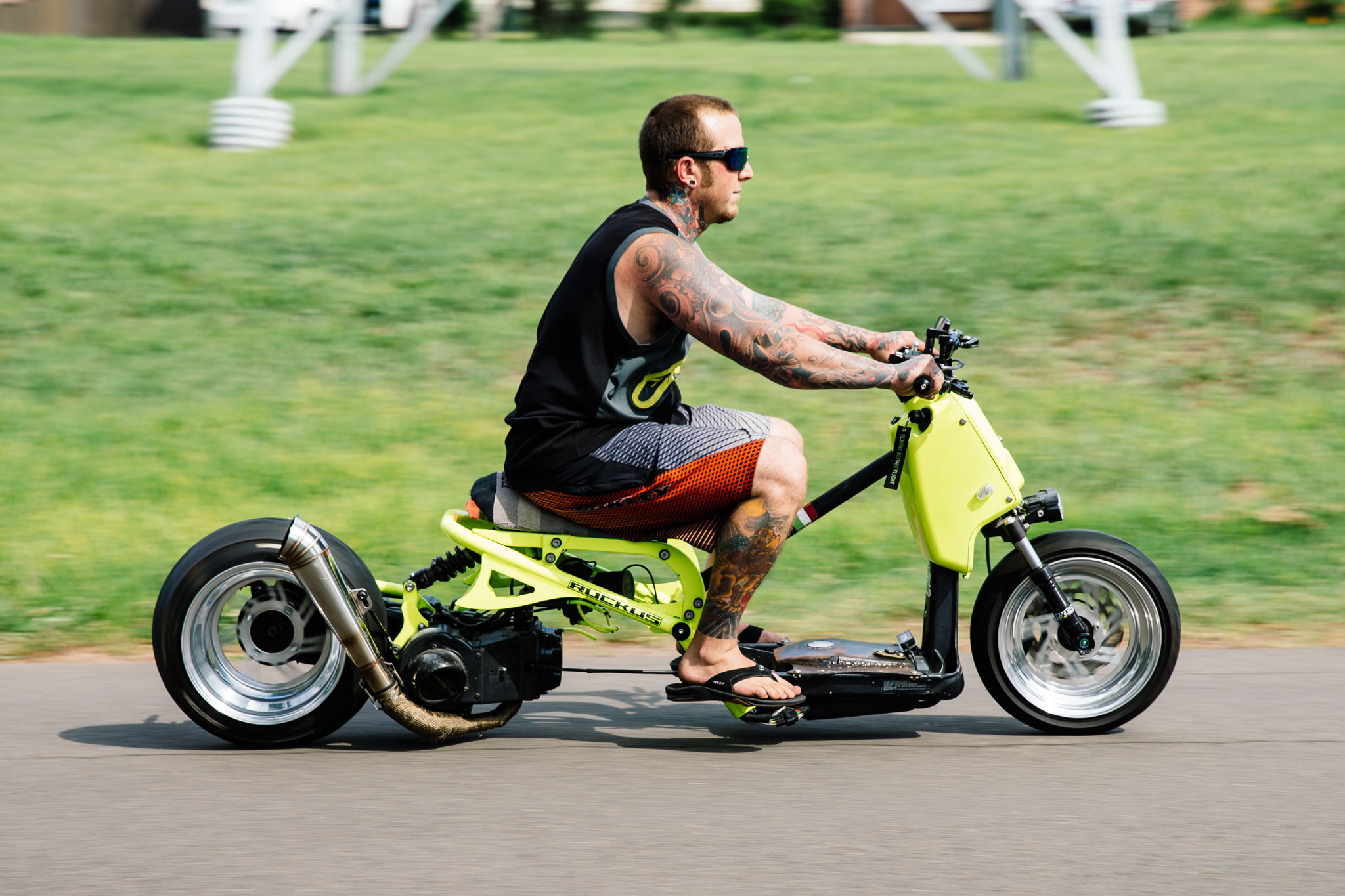 While living in Okinawa Japan, Skrappy found himself surrounded by the thriving scooter and motorcycle scene that was abundant throughout. Combining his foreign surroundings with some inspiration from the drift scene back home in America, the bright, rude scooter known Dirty Sanchez was born. 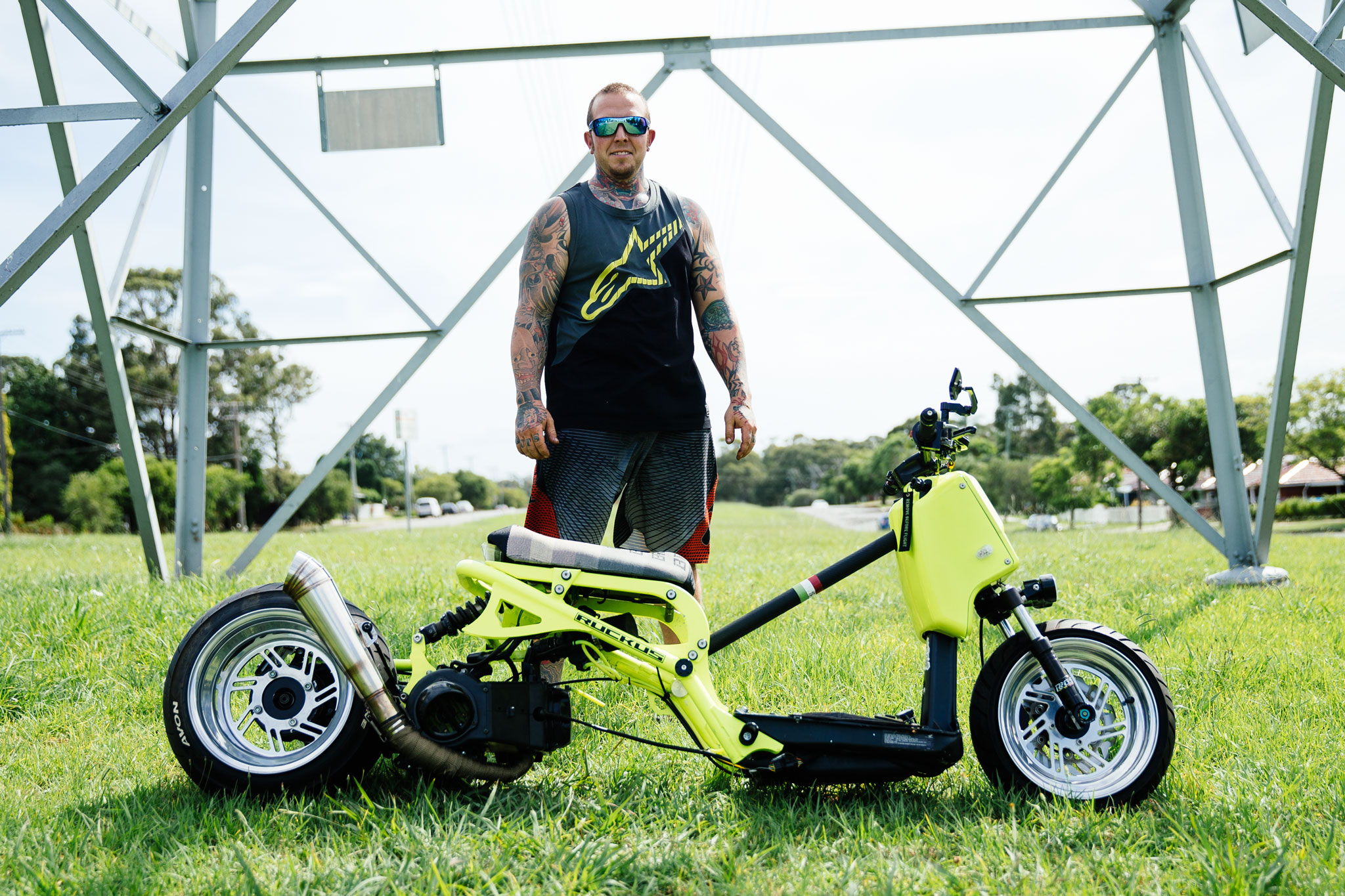 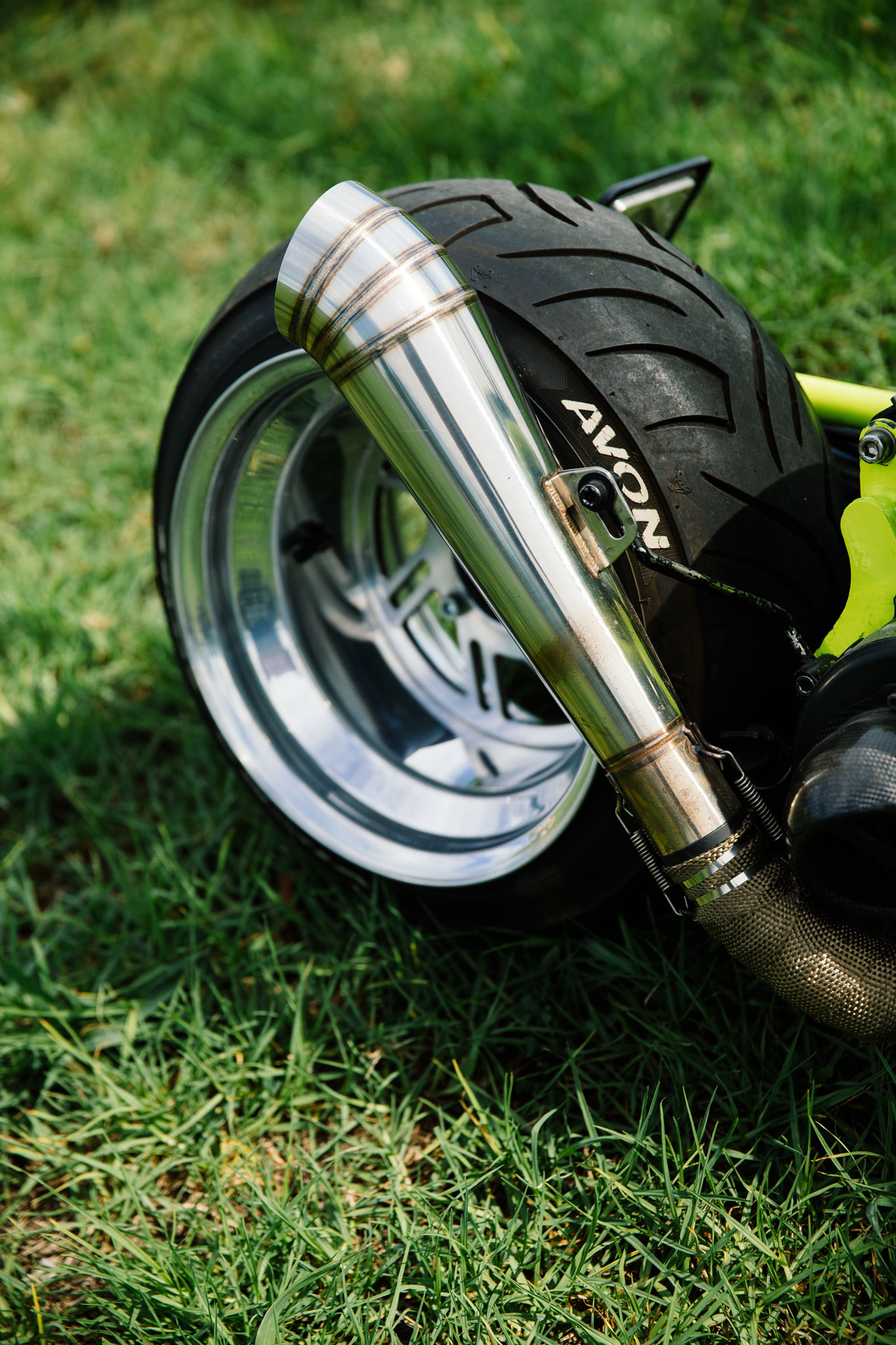 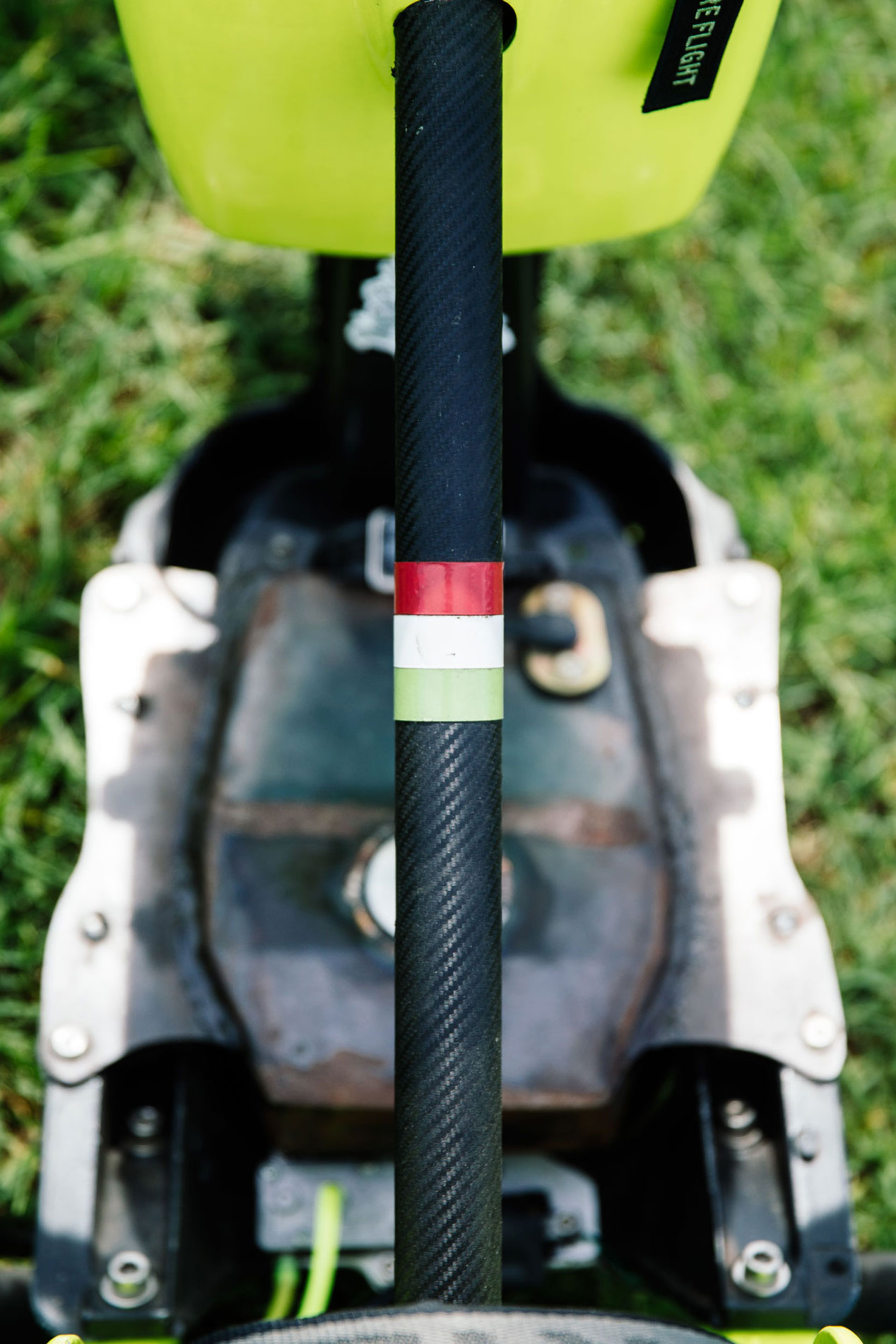 The Japanese certainly have a talent for taking their own spin on any kind of culture and scene, with it forming the basis of inspiration for many across the globe. Having spent 10 years living in Japan, it would only be natural for this thriving moto scene to rub off on Skrappy. “The Japanese have a unique taste in what they build and modify. I was huge into the drift scene, and wanted to bring some American scooter taste to Japan as it hadn’t really taken off there. There were a few Honda Ruckus aka Zoomers around, but I wanted to go balls deep with this build. Something never before seen in Japan.” 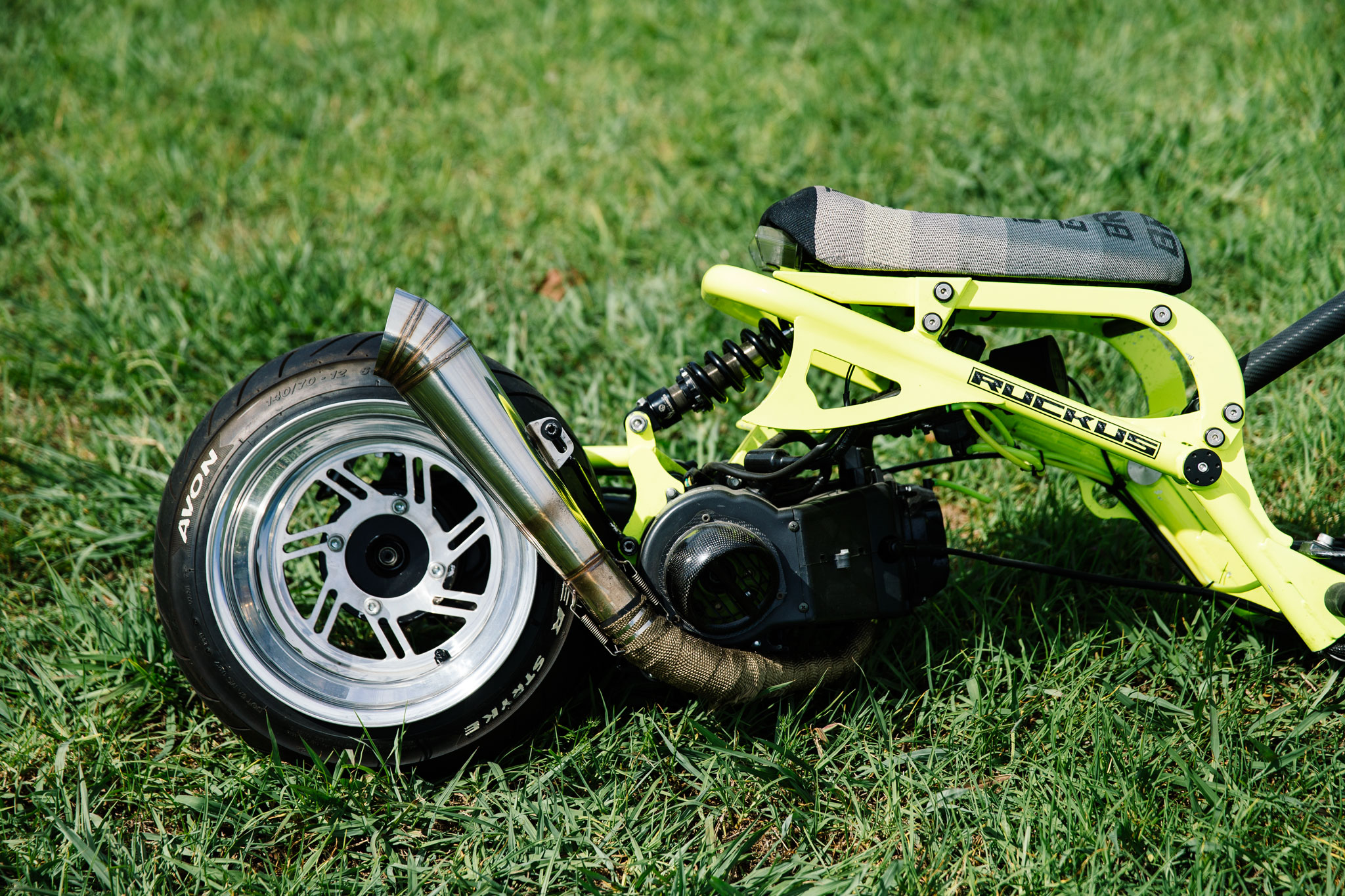 The basis for this build, the Honda Zoomer, most widely known as the Ruckus, is a motorscooter first introduced in late 2002 for the 2003 in Japan and America. A unique release, it drifted away from traditional scooter aesthetic with its more aggressive, rugged design. It featured fatter tyres with a deeper tread, and a bare skeletal frame that lacked your usual enclosed storage compartment. Straight off the bat, these are a very attractive machine that enjoyed popularity across many riders. This stock machine would not do for Skrappy however. 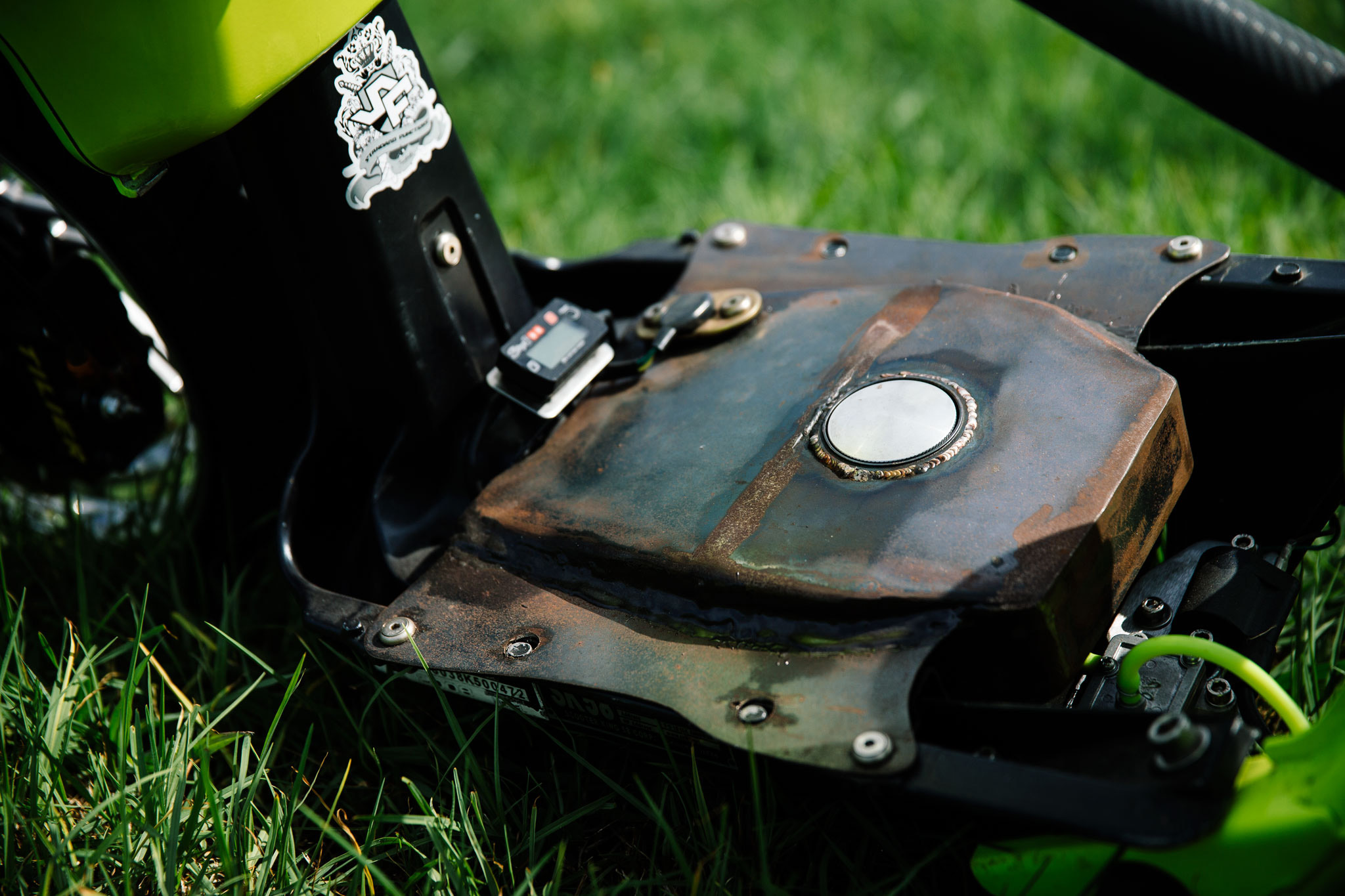 Being a mechanic/welder/fabricator by trade, this would be a build that could be attacked with confidence, and costs at a minimum. “I wanted this build to be done solely by me. I did everything from the wiring harness to the paint. This wasn’t built in a shop or garage, but my apartment in Japan.  4 months is all it took. Every day after work I would go home and spend 5-6 hours piecing it together and going through all my Japanese bike magazines getting ideas.  There are always hiccups along the way, and that’s with any build. But it would be nothing that would put me off, apart from lots of sleepless nights pondering what the fuck it could have been.  I guess my proudest moment was the day she fired up. I hated wiring, and so my goal was to overcome this and be good at wiring. I built the harness from scratch, and sure enough she fired on the first go. Sure, it smoked out my apartment – but that smell the first time she fired was amazing.” 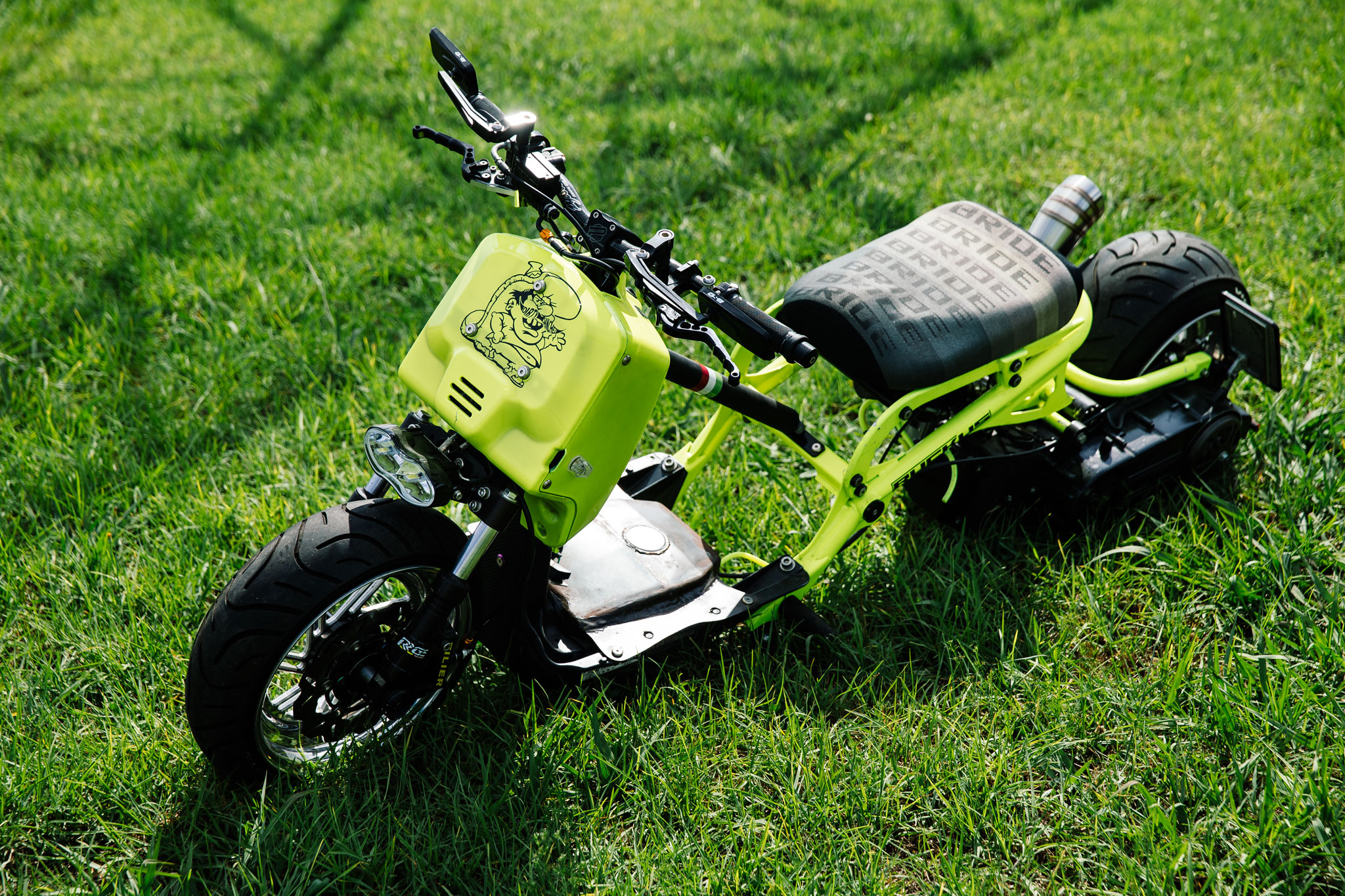 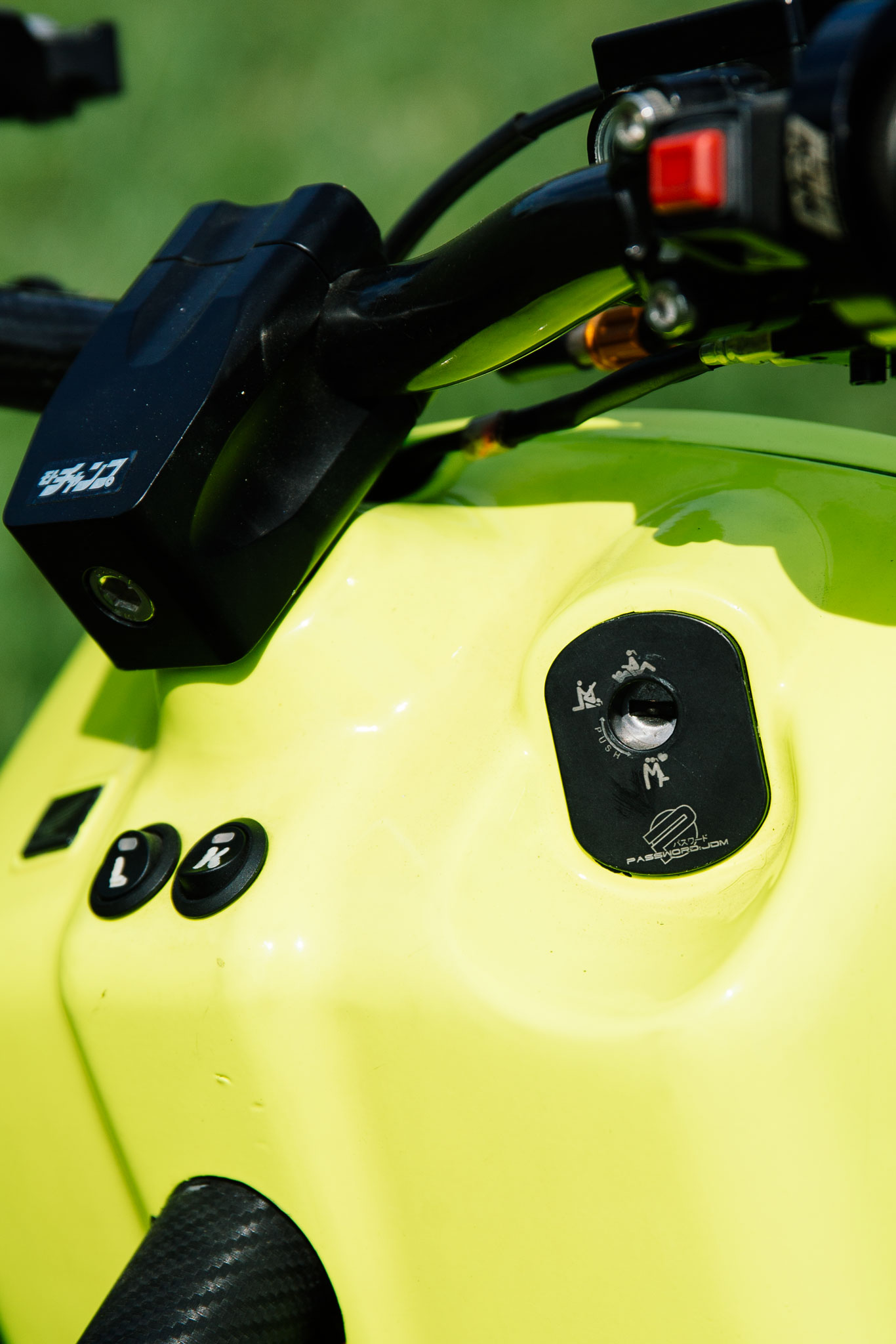 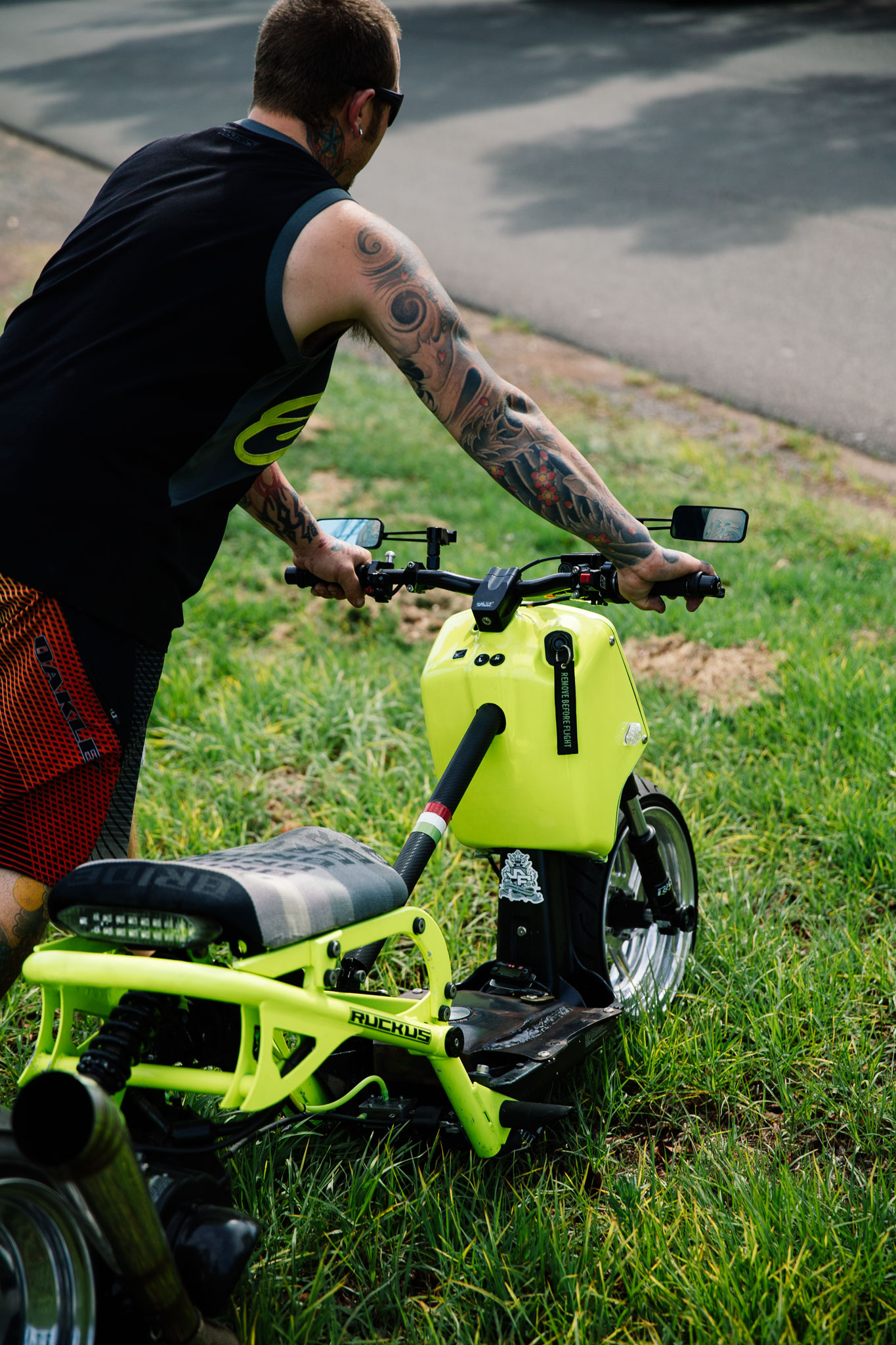 There’s a lot of love about this low, stretched out scooter. It’s a Ruckus on steroids; it’s been exaggerated to the point of excellence. It comes with other benefits as well. “Don’t get me wrong, I do love this scooter. But it’s the reactions of those who have never seen one that gets me most. The conversations I have and the people I meet because of it is great. Scooters aren’t for everyone, as people have their own tastes but it grabs your attention.  The Japanese loved it and I couldn’t ride it without being stopped and asked about it. Unfortunately, it’s not Registered in OZ yet but this year I am aiming to revamp and get the dirty bastard streetable.” 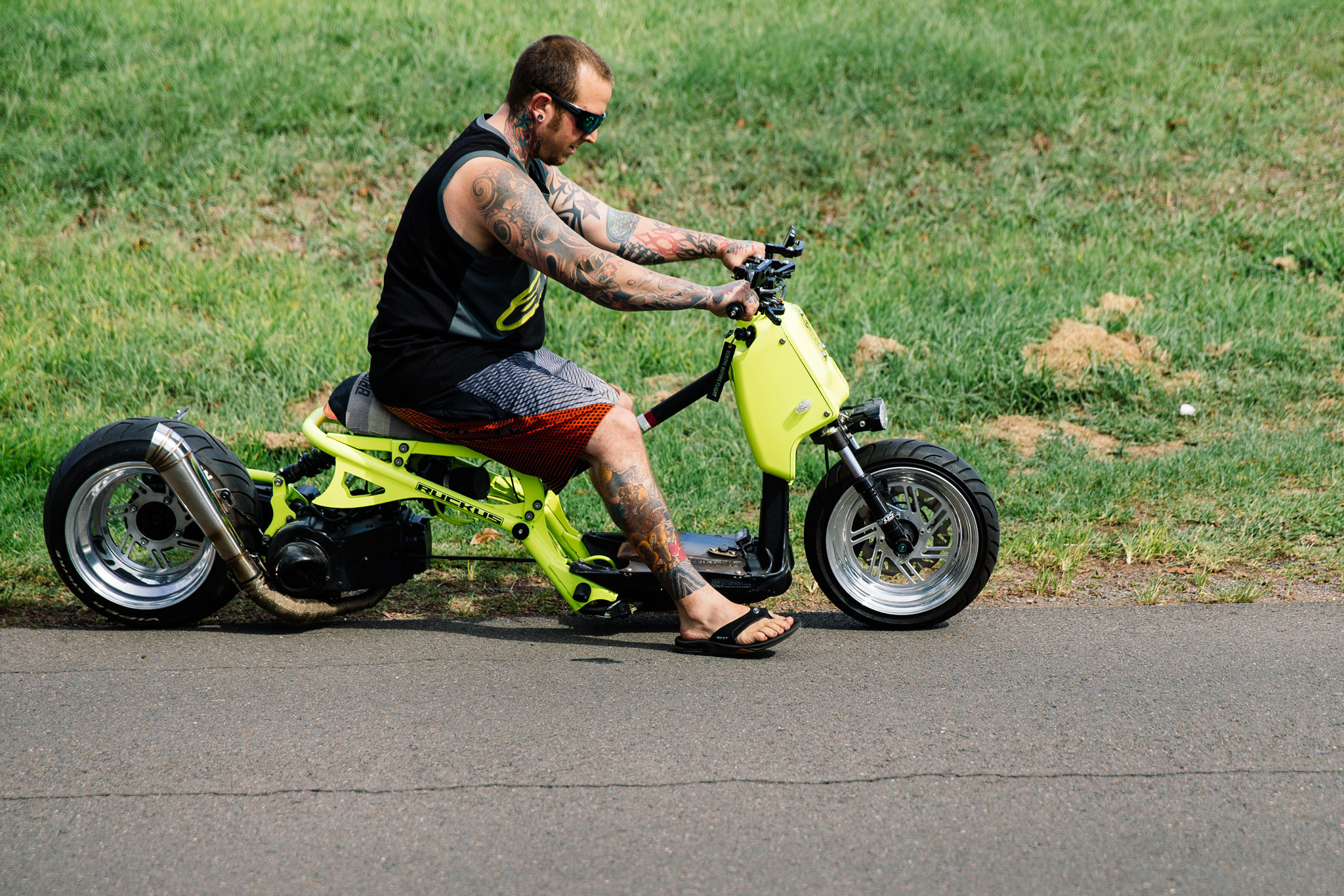 “The final product was just what I was aiming for. Probably a bit more extreme than expected, but it’s still perfect. It’s an extension of my mind. I’m in the process of starting some more builds with street bikes and another scooter

I am trying to bring out the scooter scene here and get more people to modify and customise them, and so I’m working with the help of some good mates like Luke from Hunter Scooter so hopefully you’ll see some more unique scooters hitting the streets.” 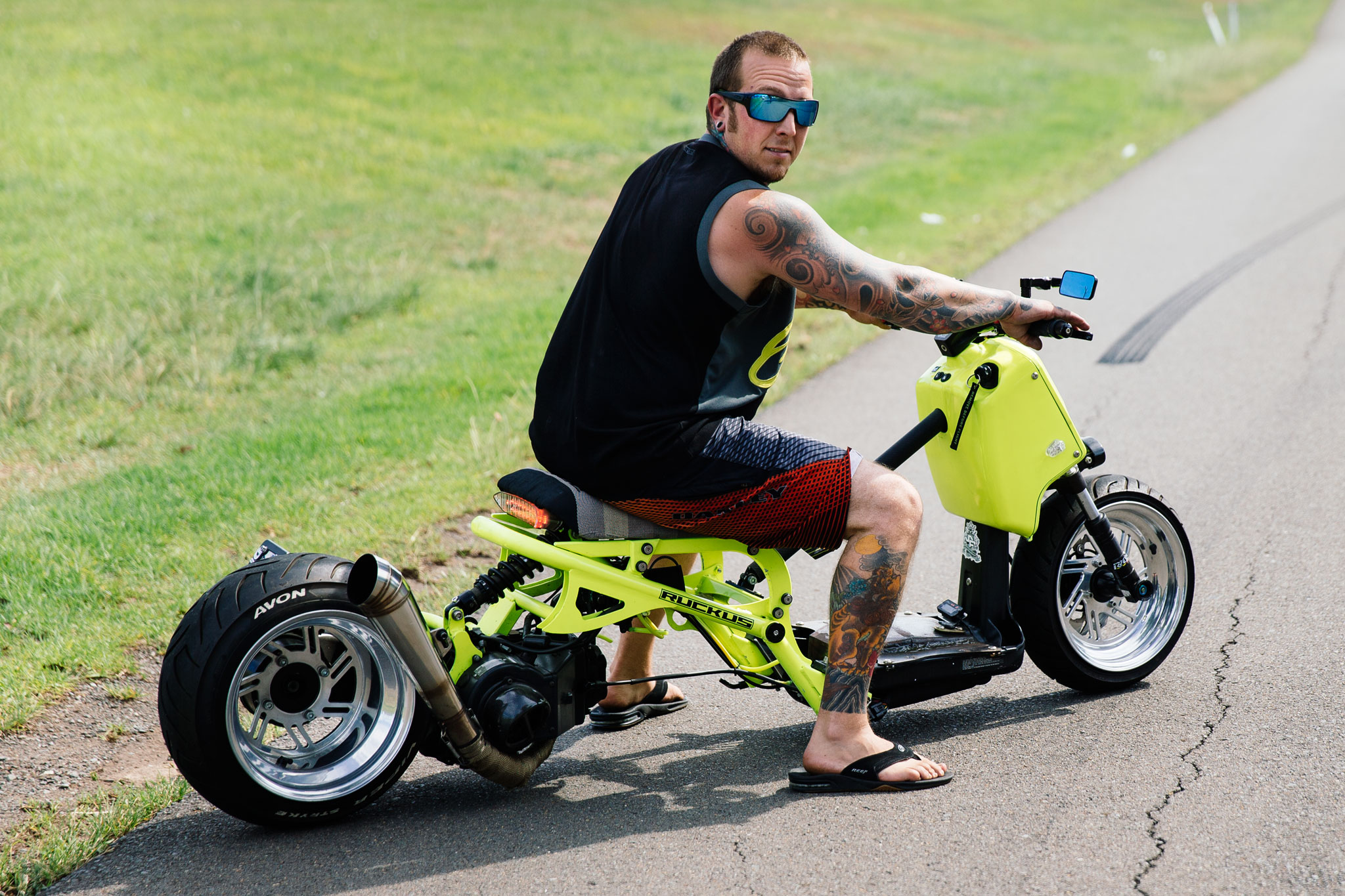 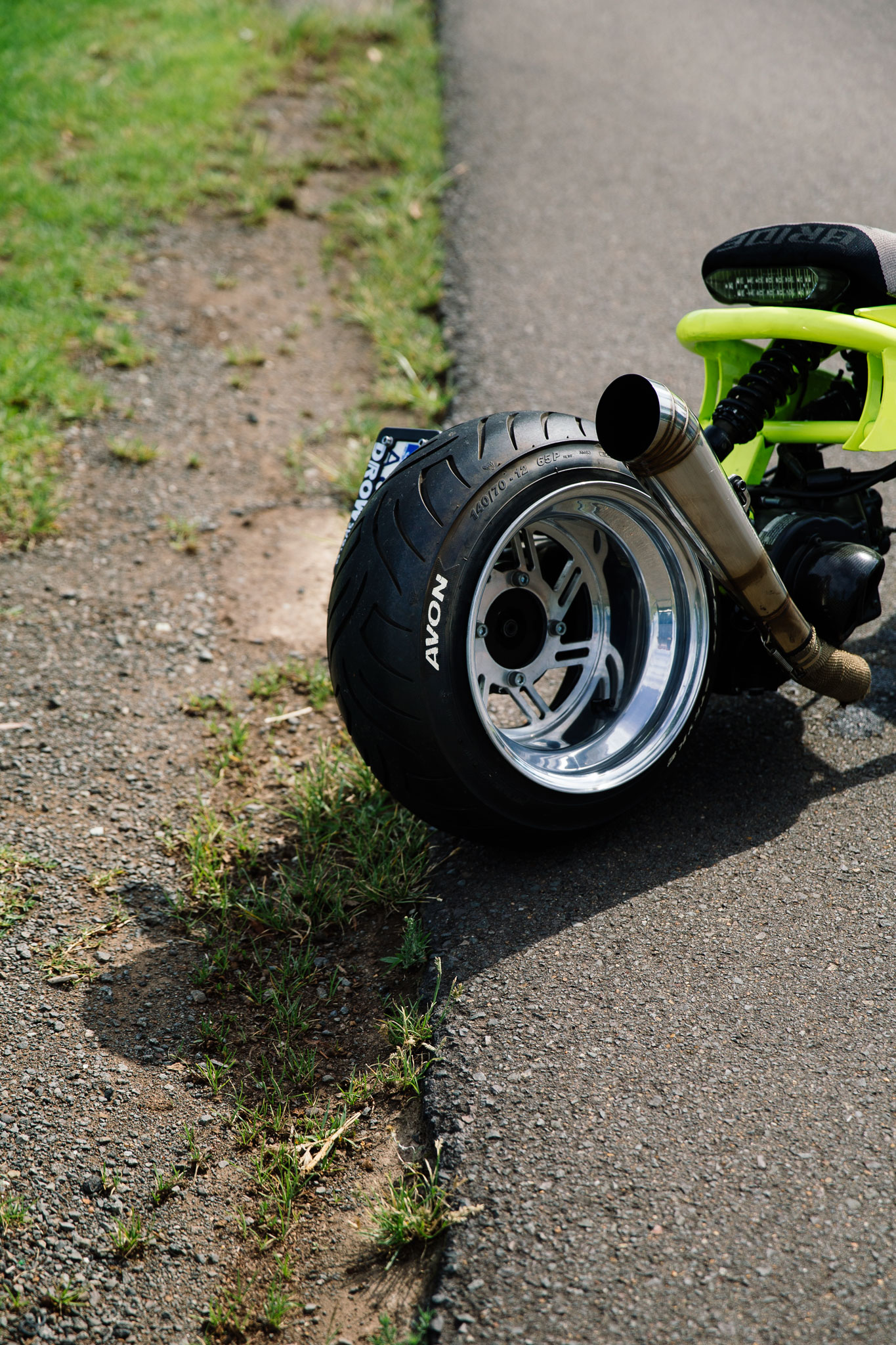 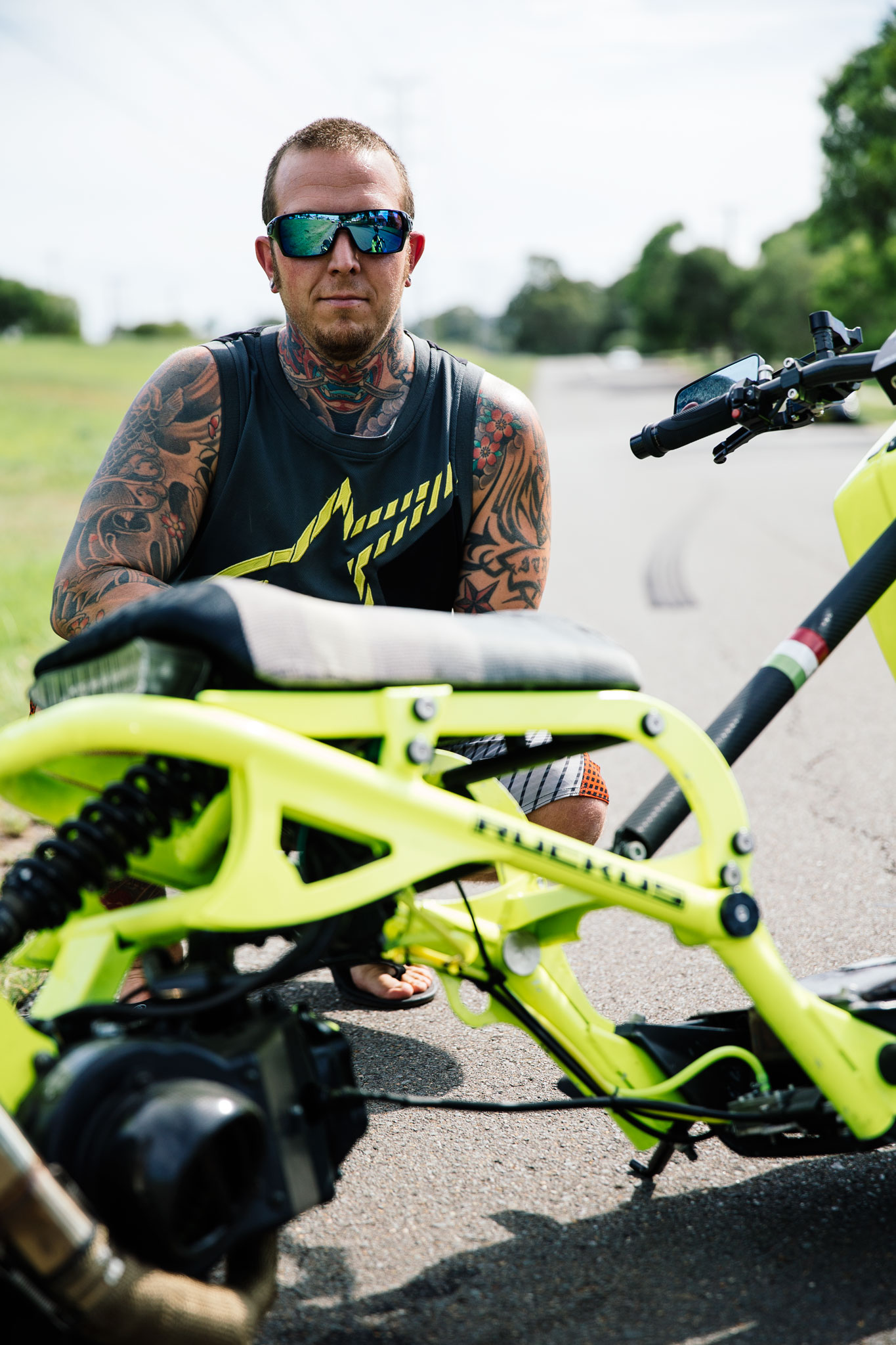 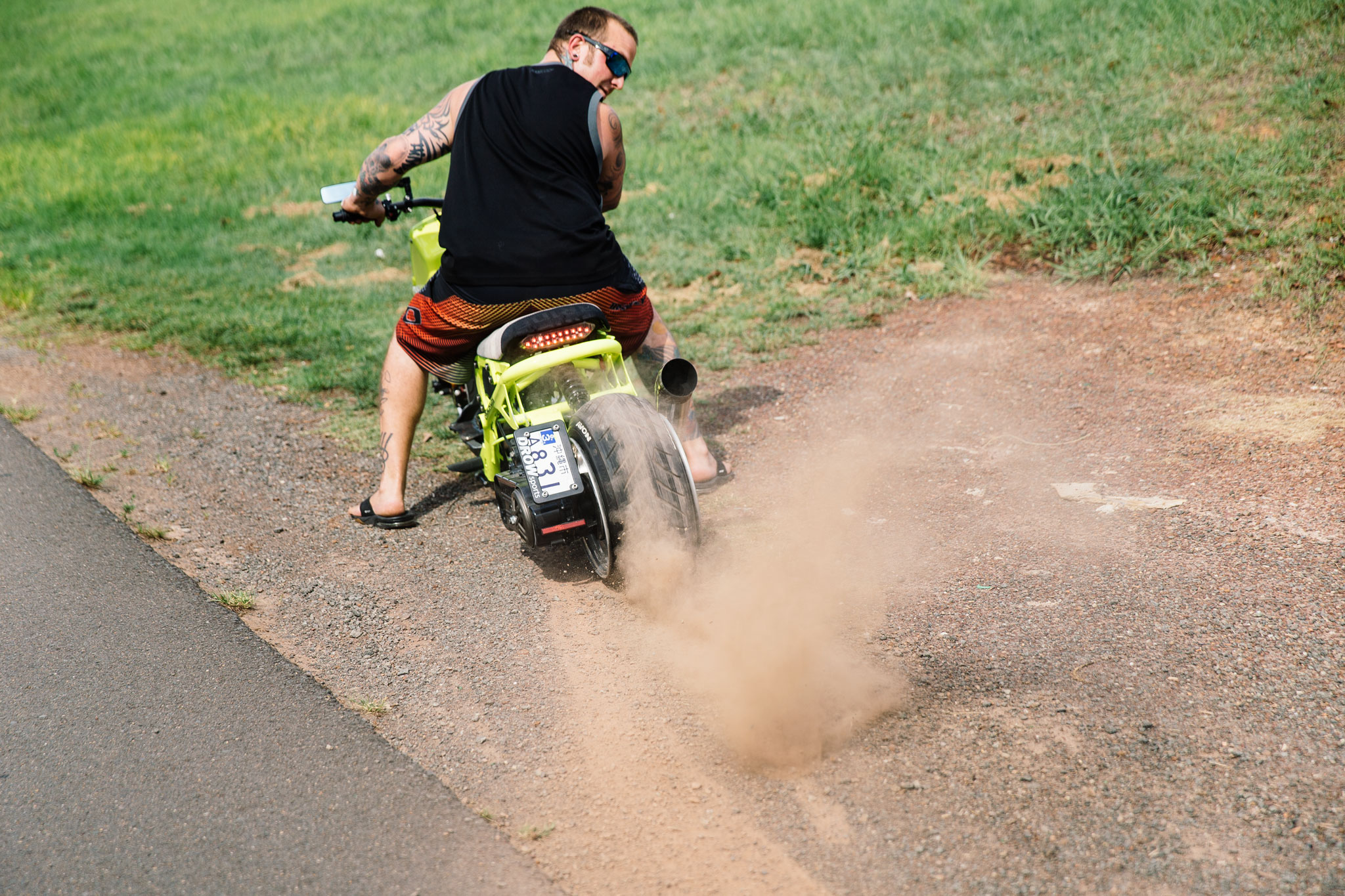