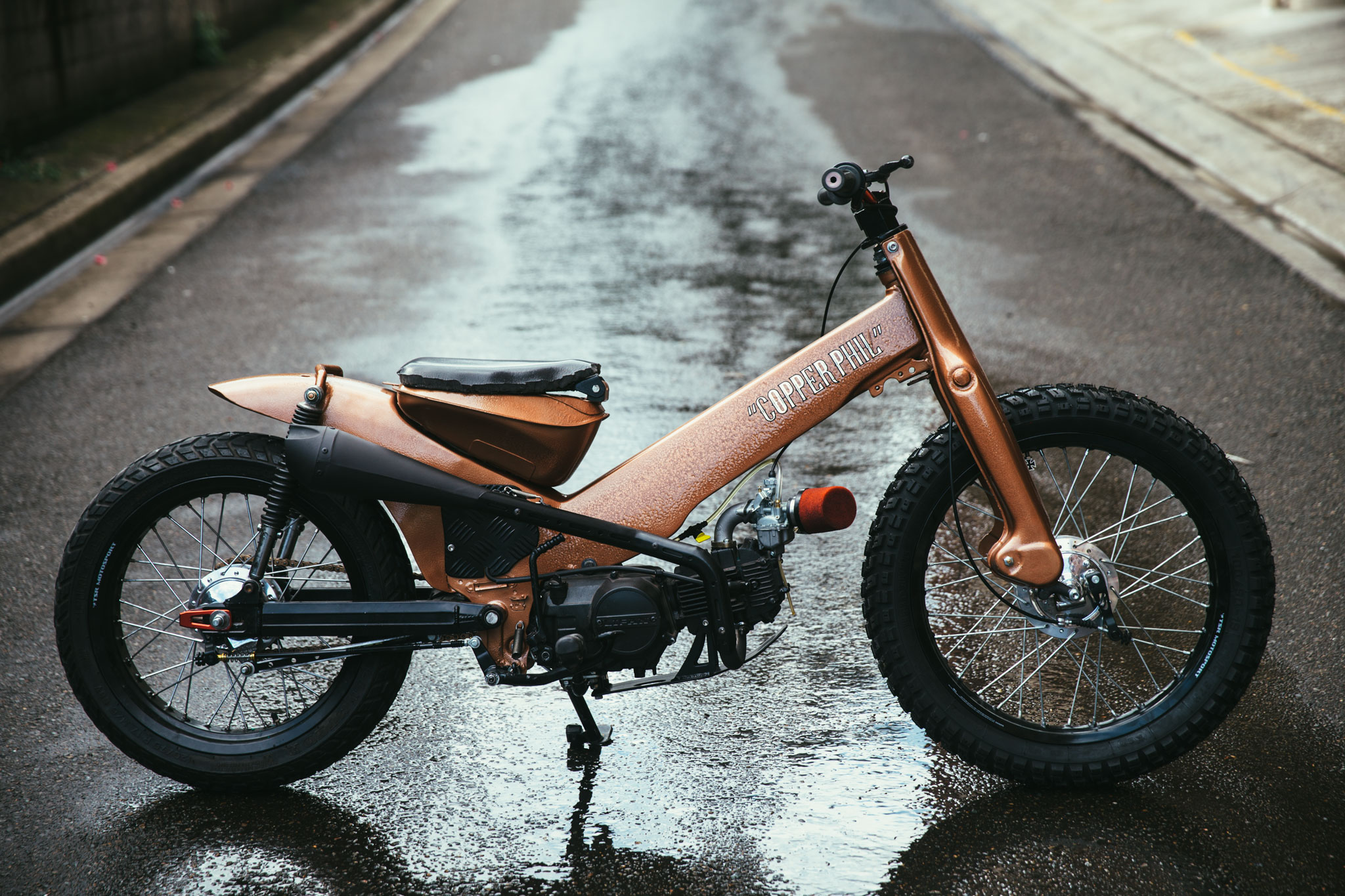 Before completion, this machine was being passed around like a bottle of cheap whiskey amongst the reprobates in Sydney Café Racers. But finally, ‘Copper Phil’ reached its final form – even to survive Aftershock Sydney 2017. 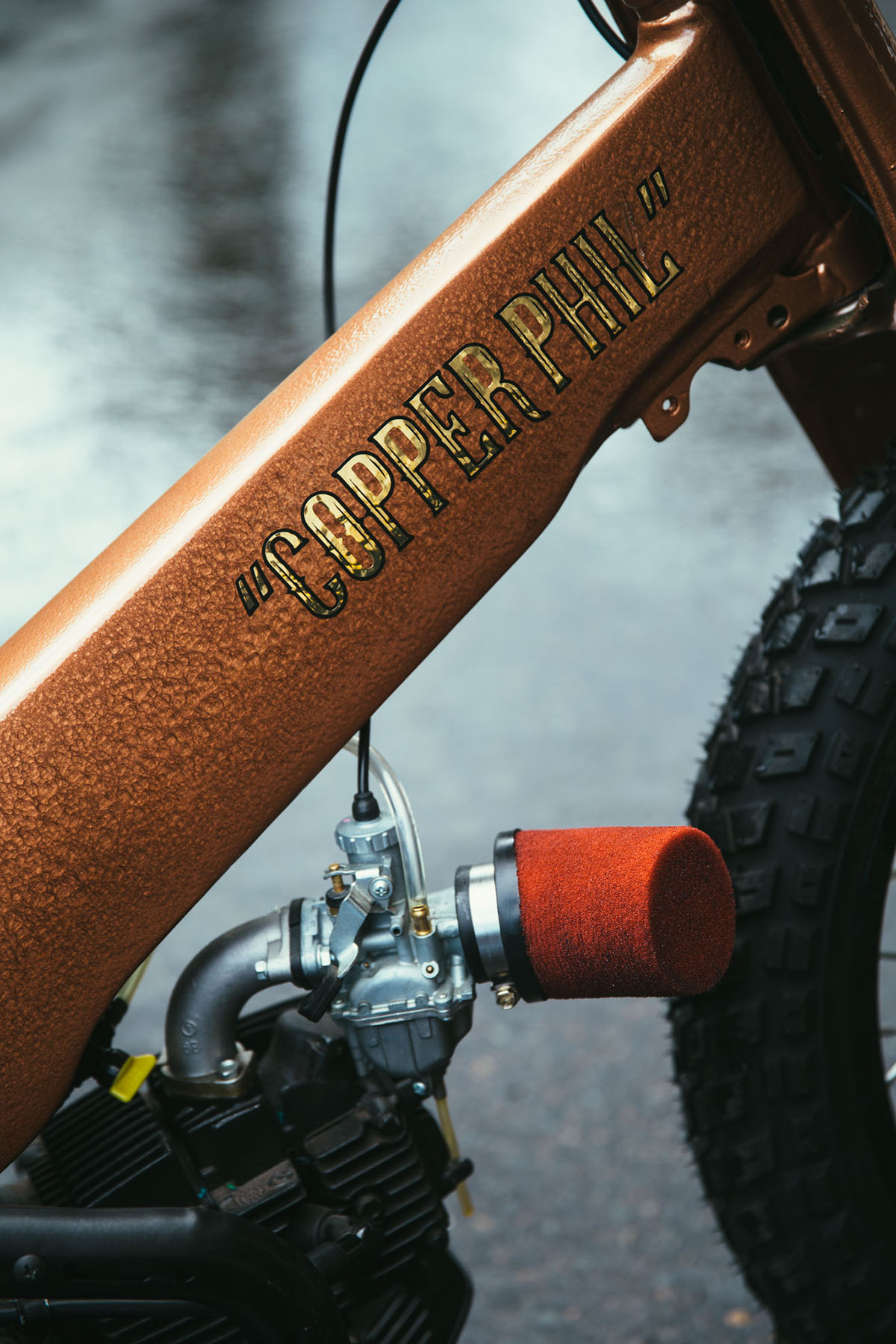 Previous owners long since forgotten, had chipped away at this Postie machine. Its new incantation is a beefed up take on the simple CT110 frame we all know and love. An extended, boxed-in spine, a Honda Cub front end and an extended swing arm. This machine’s mail delivery days are long over, and a time for a new life of hoonery has begun. 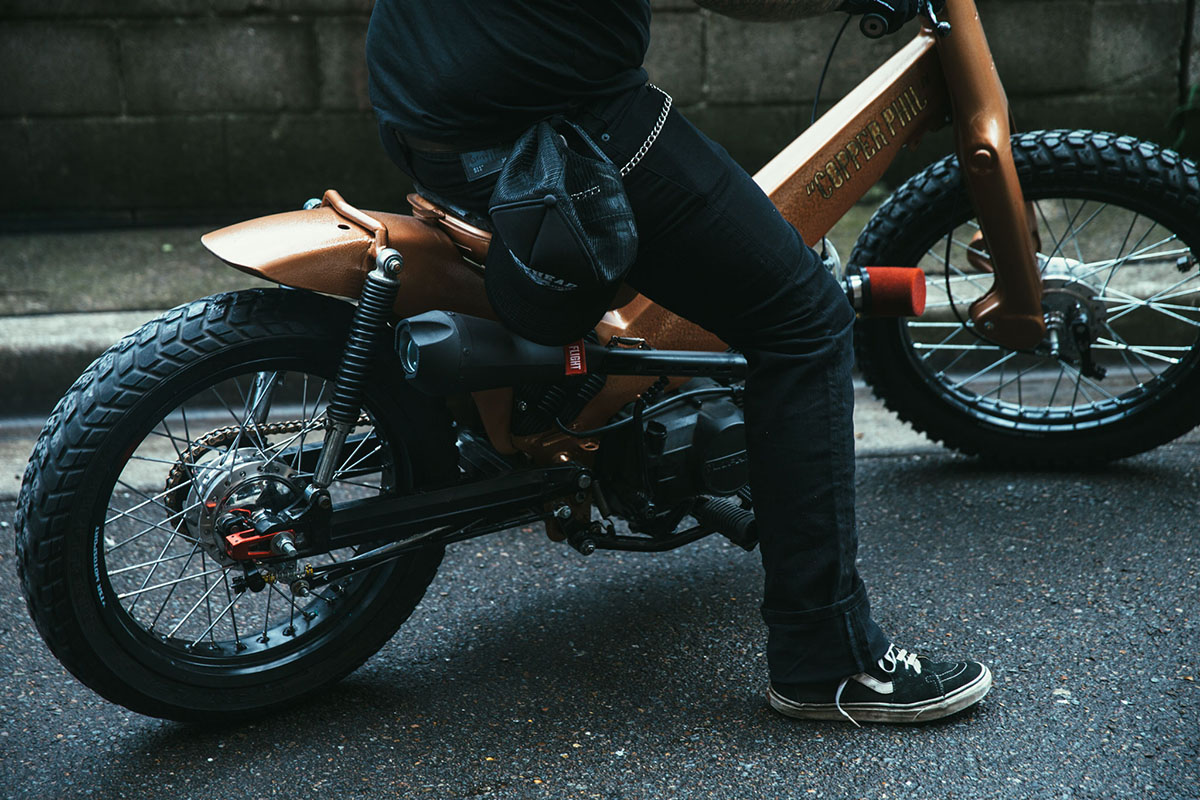 Despite the excellent work that had already gone into the bike, the most recent owner, Steev, opted to add his own touch to make this machine ride and look a bit better. “The rear fender’s arch didn’t quite line up with the wheel, so I just chopped off the rear end and give it more of a bobber tail. The handlebar mounting system was pretty loose, with just 2 bolts actually holding it all together. I got to work fabricating a complete new triple tree/upper bracket, which got secured with the stem nut and bolts which the original had been secured to.” 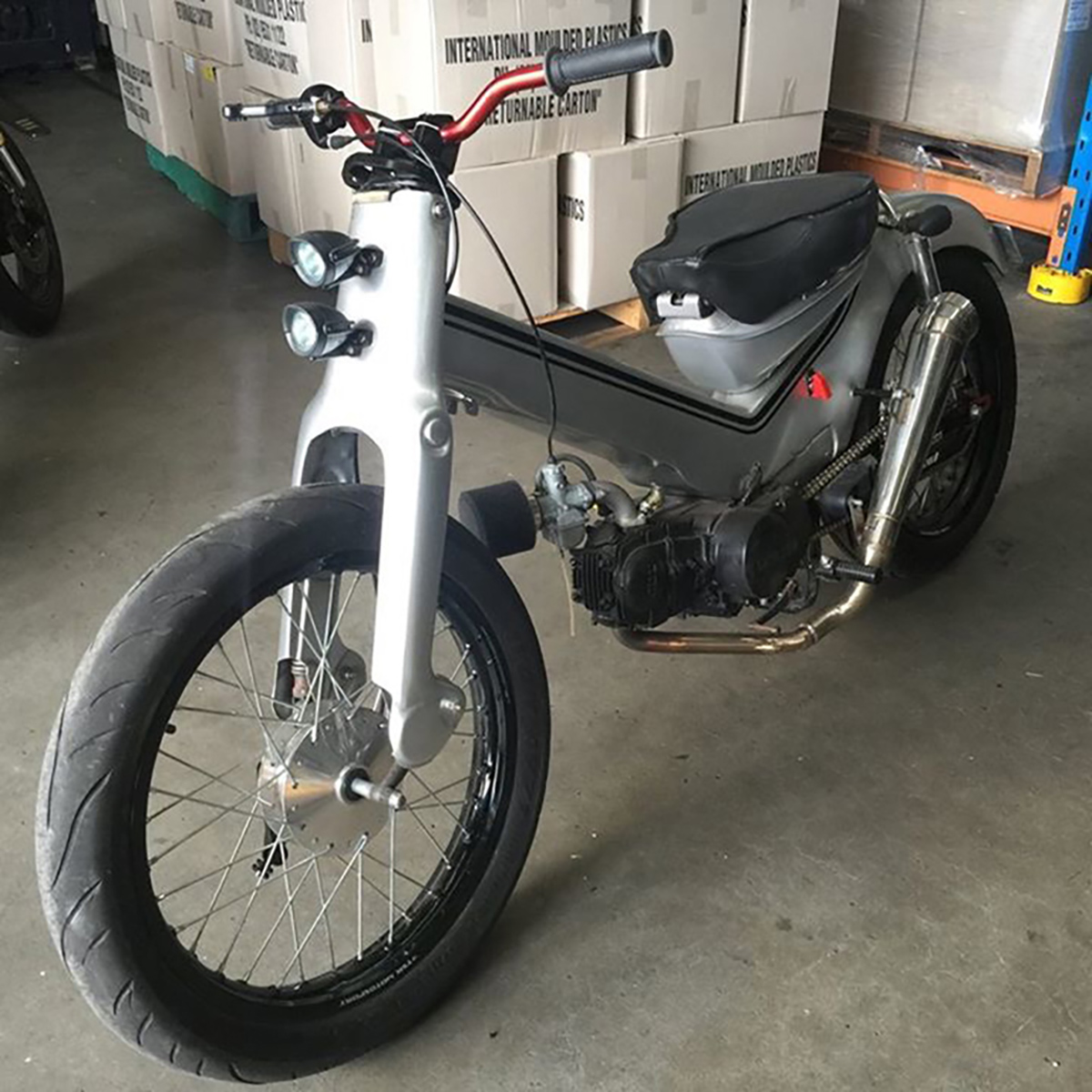 The right hand side of the bike had a bit of clutter going on, with the kickstand having been bolted straight on, instead of being on the left hand side with a lever system. Fabrication again would hold the key to solve this issue, moving it back to it’s proper home over to the left hand side so that the kick start could enjoy some breathing room. 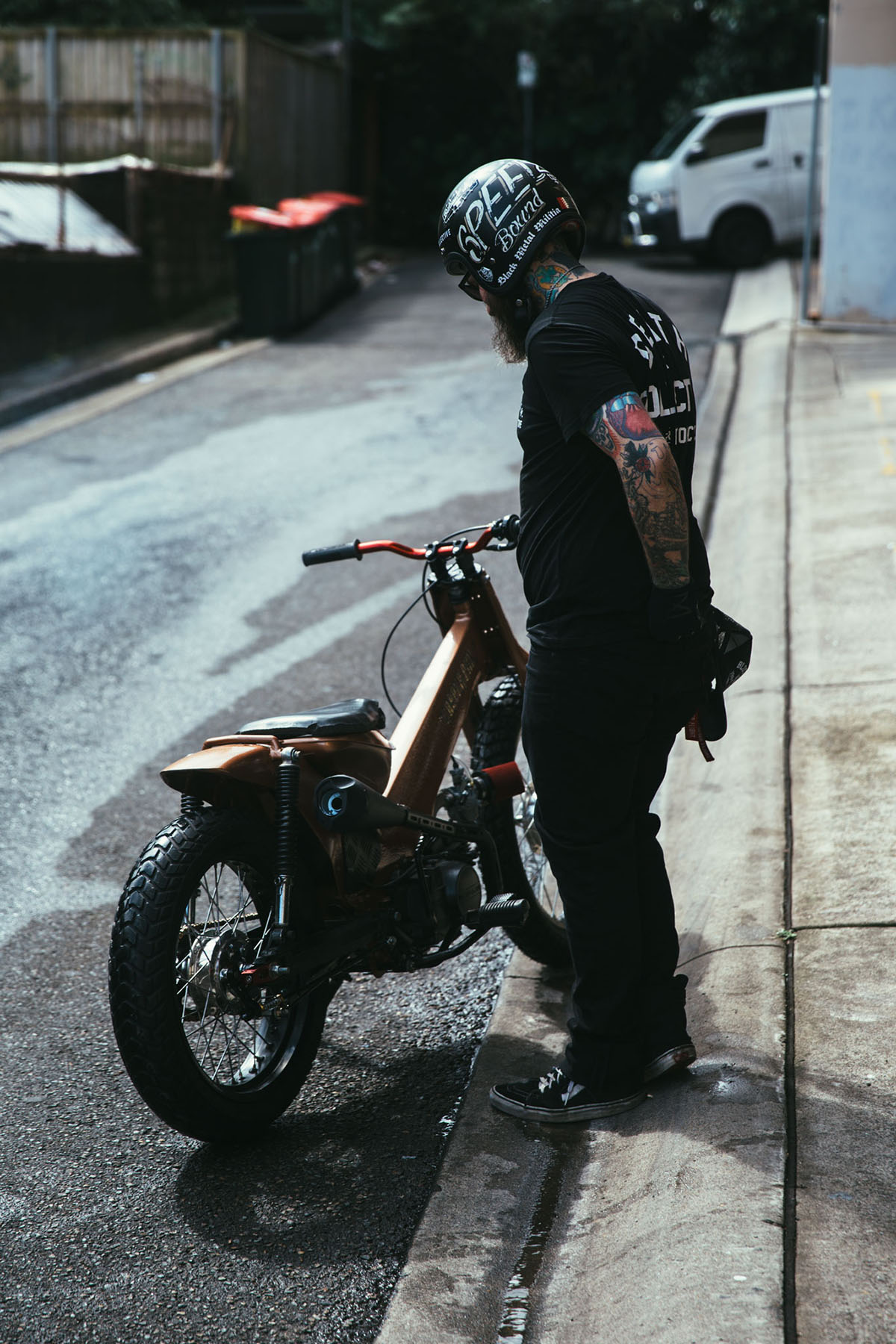 ‘The exhaust that was on the bike when I got it was a bit oversized, and too low to the ground. I removed this and chucked on a nice little racing exhaust set up with a few mods to get it mounted how I liked. I then got about adding an engine bash plate, and had the whole frame painted hammertone copper before painting the engine and putting it back in.’ 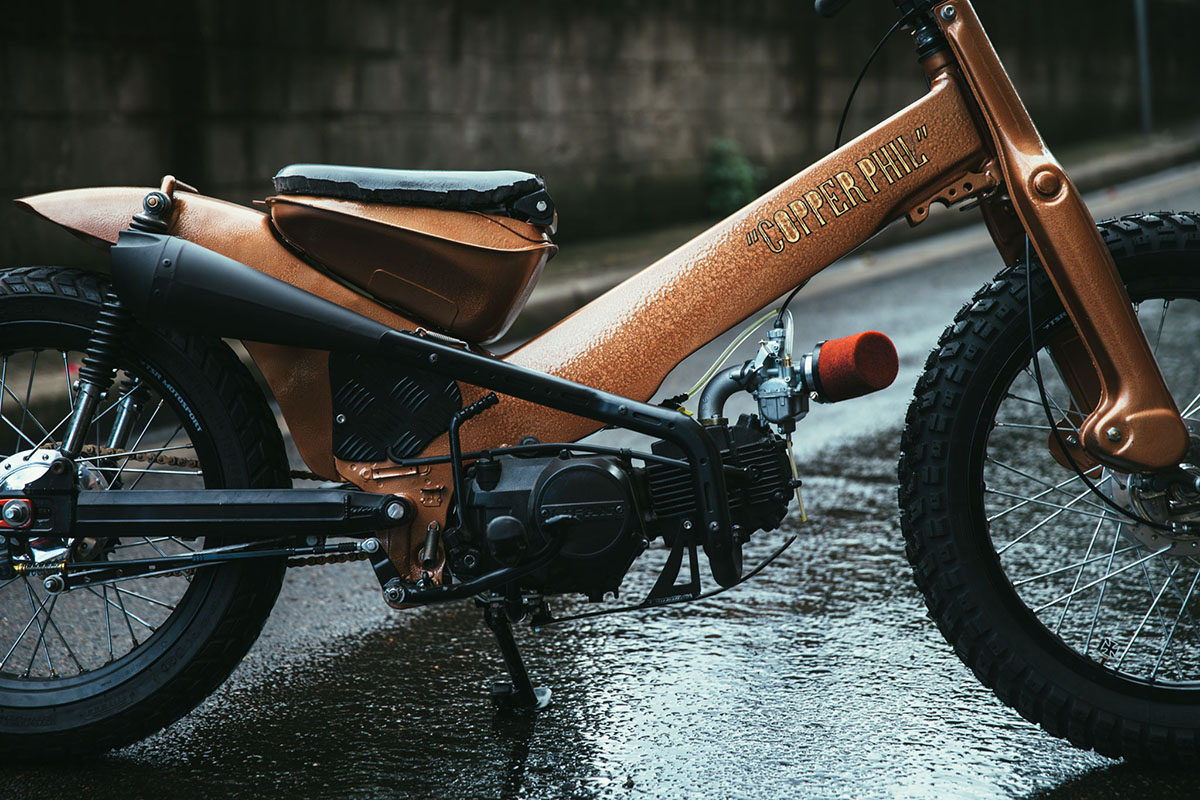 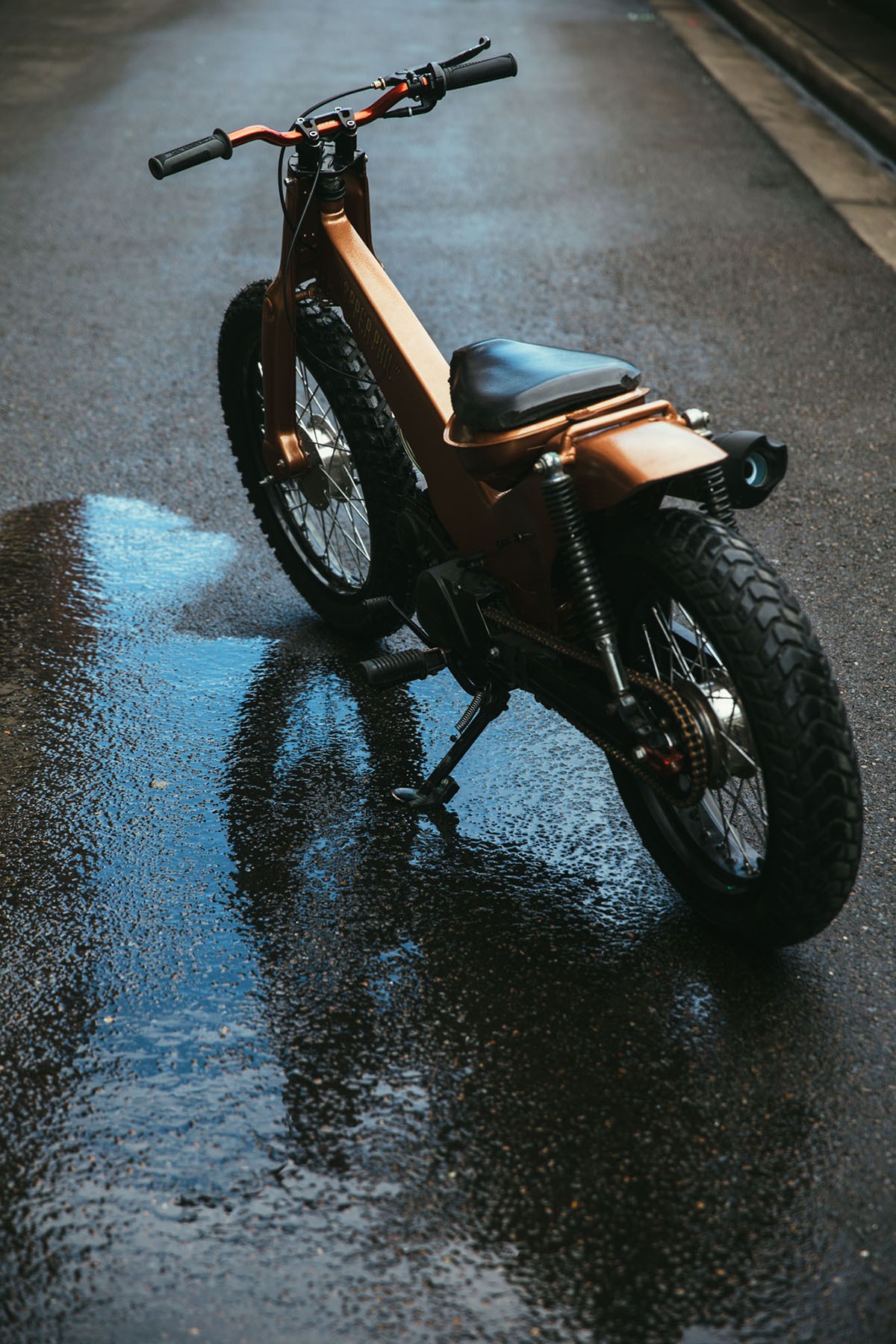 Despite its somewhat dodgy beginnings, old mate ‘Copper Phil’ smashed the flattrack at Aftershock. “Yeah, it went alright. Did a few dozen laps, along with a few unplanned power slides before losing it and hitting the deck. It’s a much smaller bike than I’m used to (See Steev’s other build here) but it was fun as hell!”

You can check out Copper Phil in the flesh April 15th at the Throttle Roll Street Party 2017! 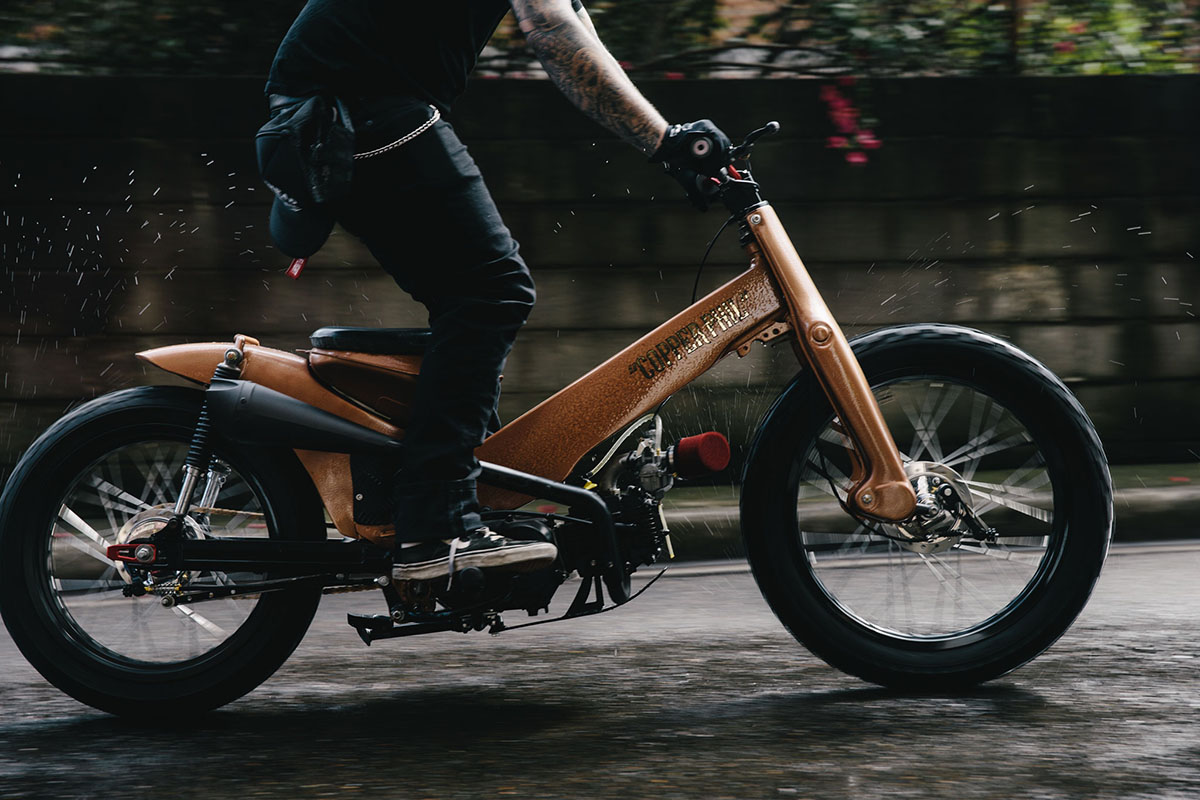 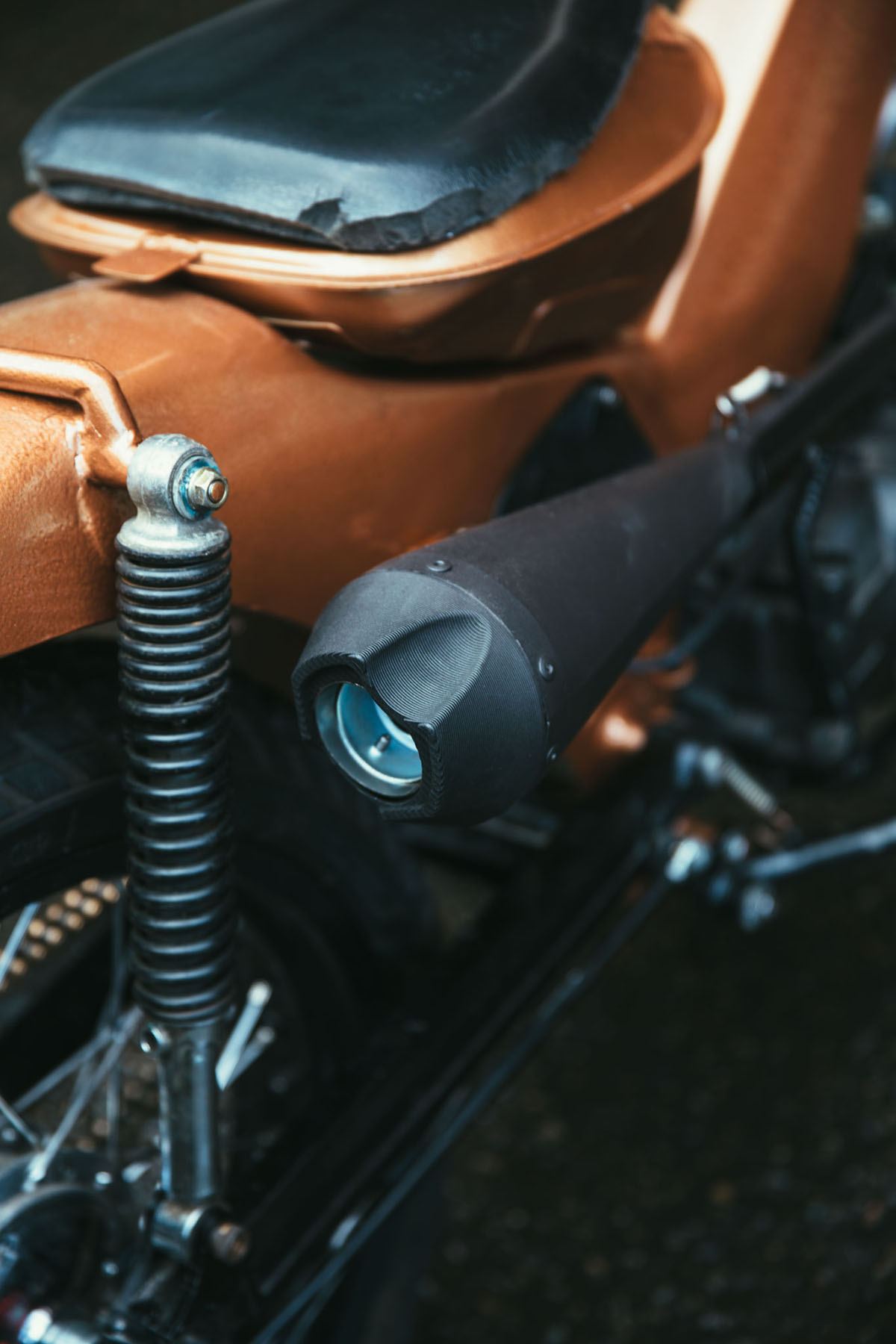 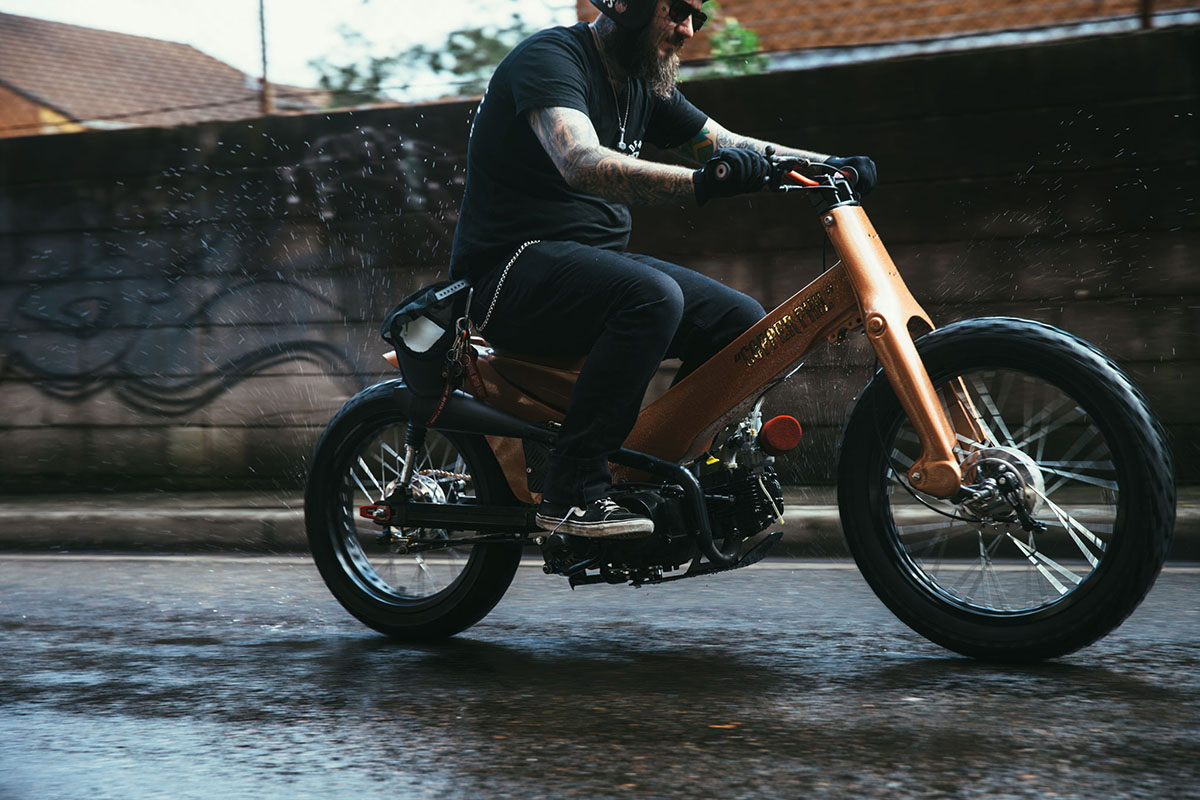 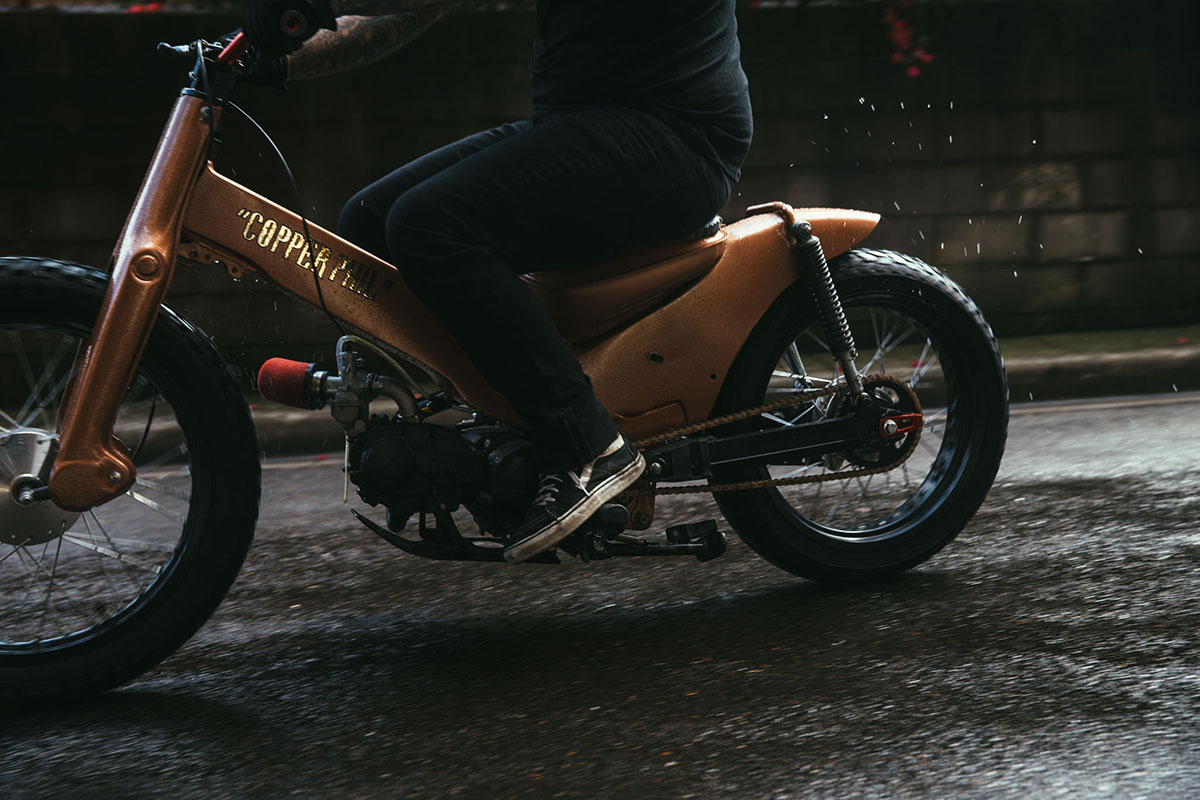 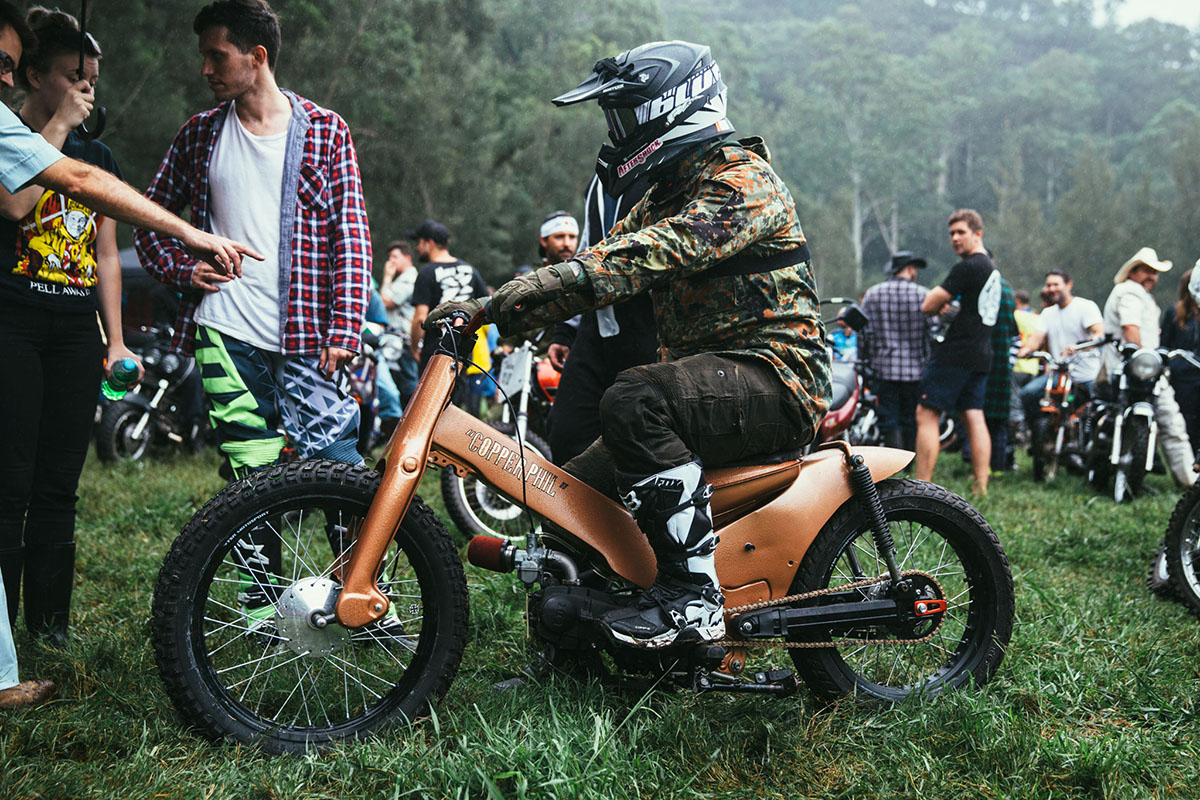 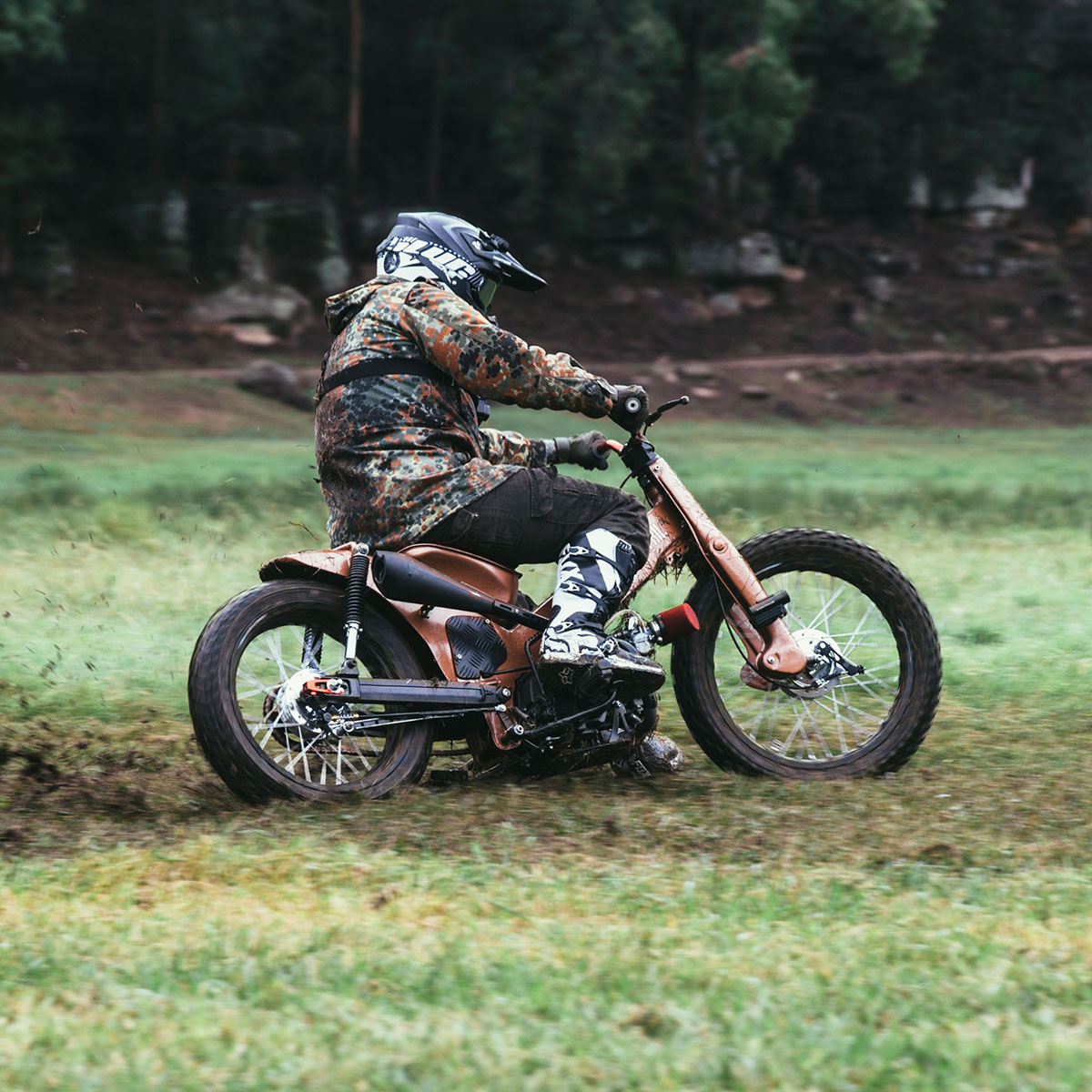 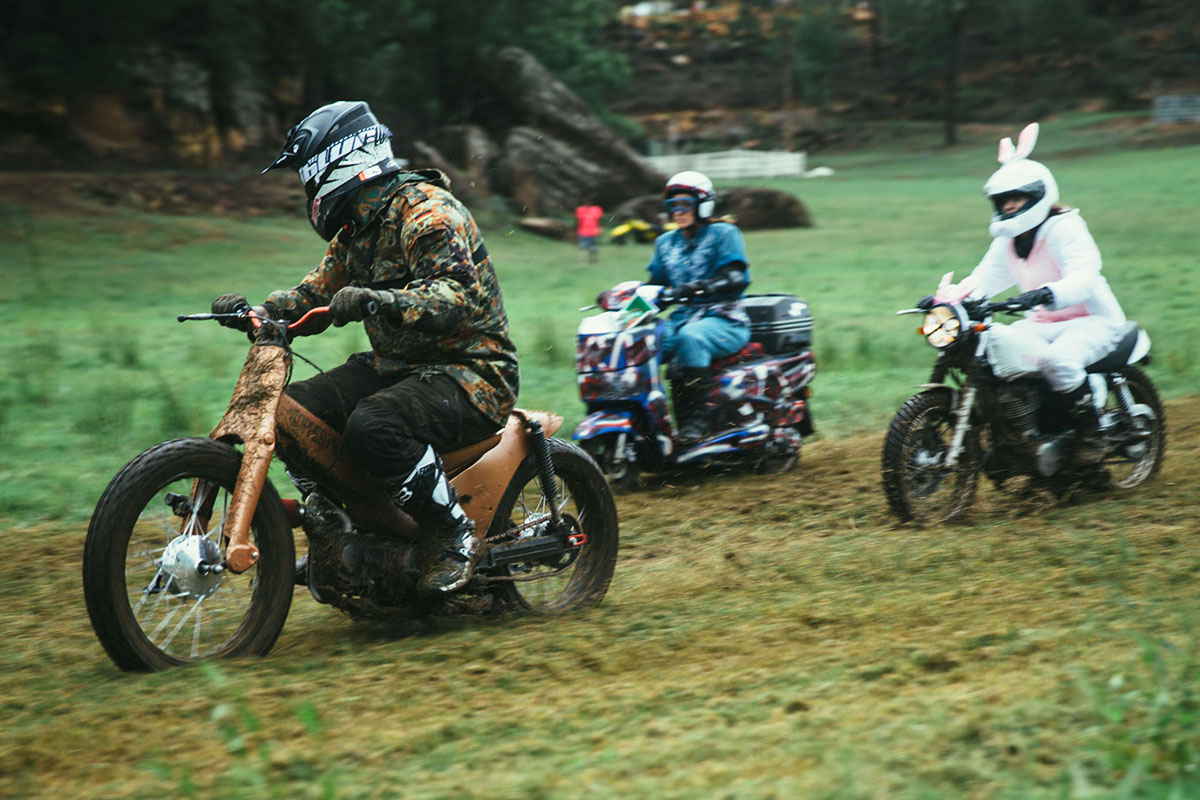