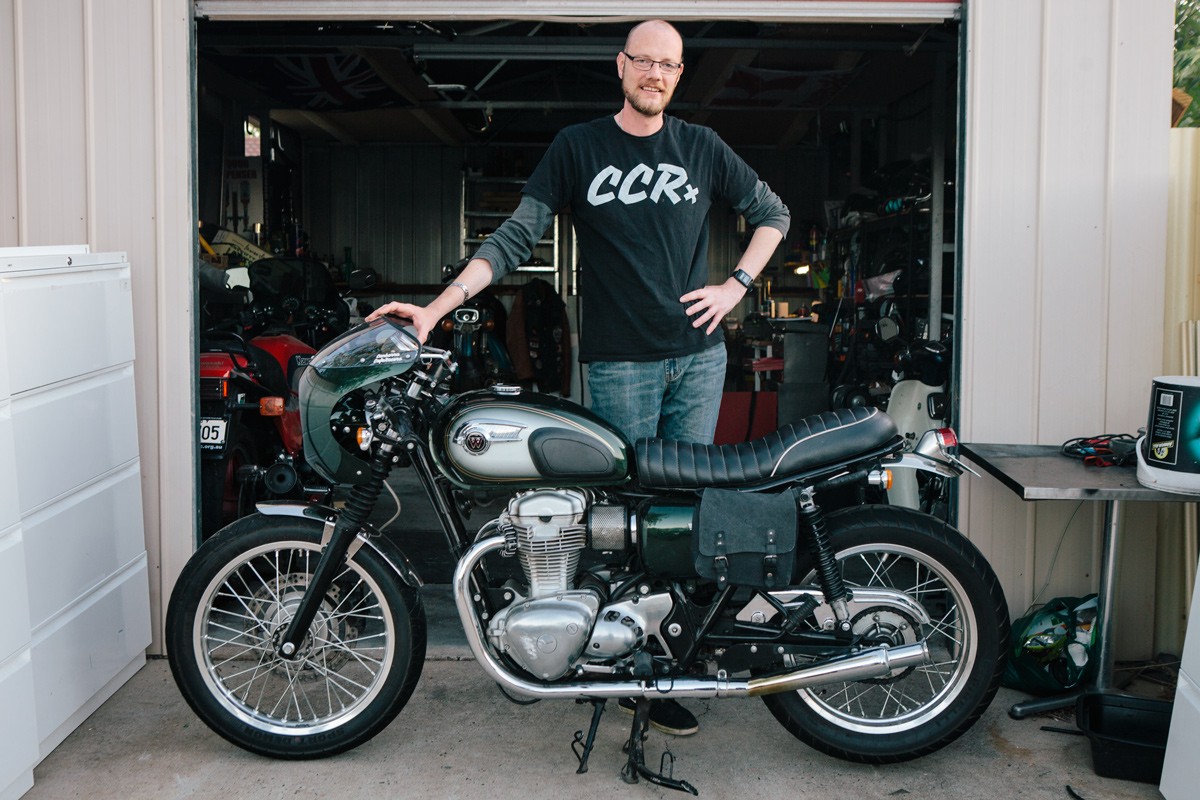 In a quiet, normal suburb of Canberra you wouldn’t expect much going on. Let alone in the custom bike scene. But on a recent trip down to our nations capital we found more than we expected.

In one such garage we met up with Jason (or ‘Lurch’ to most). For generations, most of Jason’s family has rode motorbikes and 10 years ago he decided to pick up the legacy. “It was a typical bloke thing to do, I’d recently found myself single (again) and bored. So one afternoon at work I just picked up the phone and booked myself in to do my L’s. That was twelve years ago”. 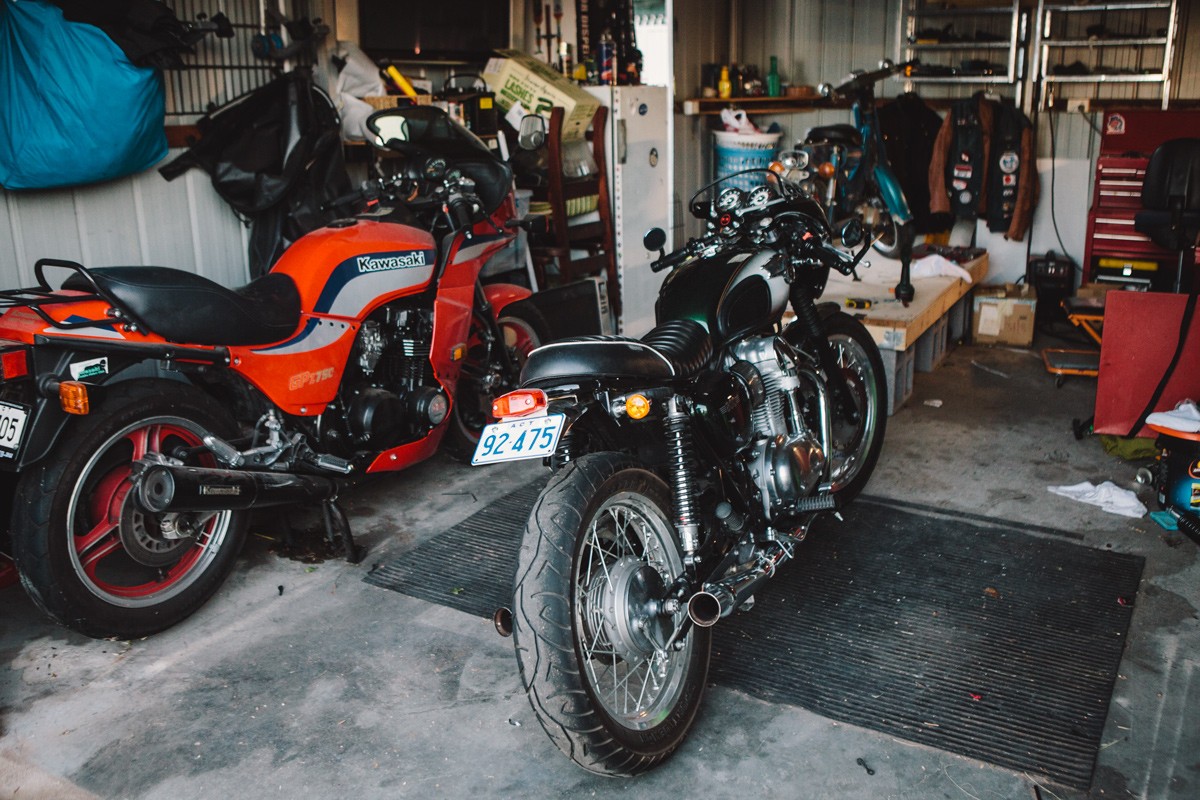 On moving to Canberra not long after, Jason found a gap in the online bike communities when it came to Canberra – so he kicked off CanberraRIDERS. Now in its eighth year things have quietened down a bit in the club, since Facebook has come along, however “I’m going for quality over quantity these days. We’ve got a great bunch of people from all walks of life in the club now, and I’m pretty happy with it”.

Jason has been accused (and admits) to changing his bikes more often then he changes his socks. “But there’s a few bikes in the shed now, which I can’t ever get rid of”. Parked in the corner is a nicely restored 1983 GPz750 (nicknamed Goose) Jason tells us that it was his first ‘big bike’ off restrictions. “I’ve had it so long now I could never get rid of it”. 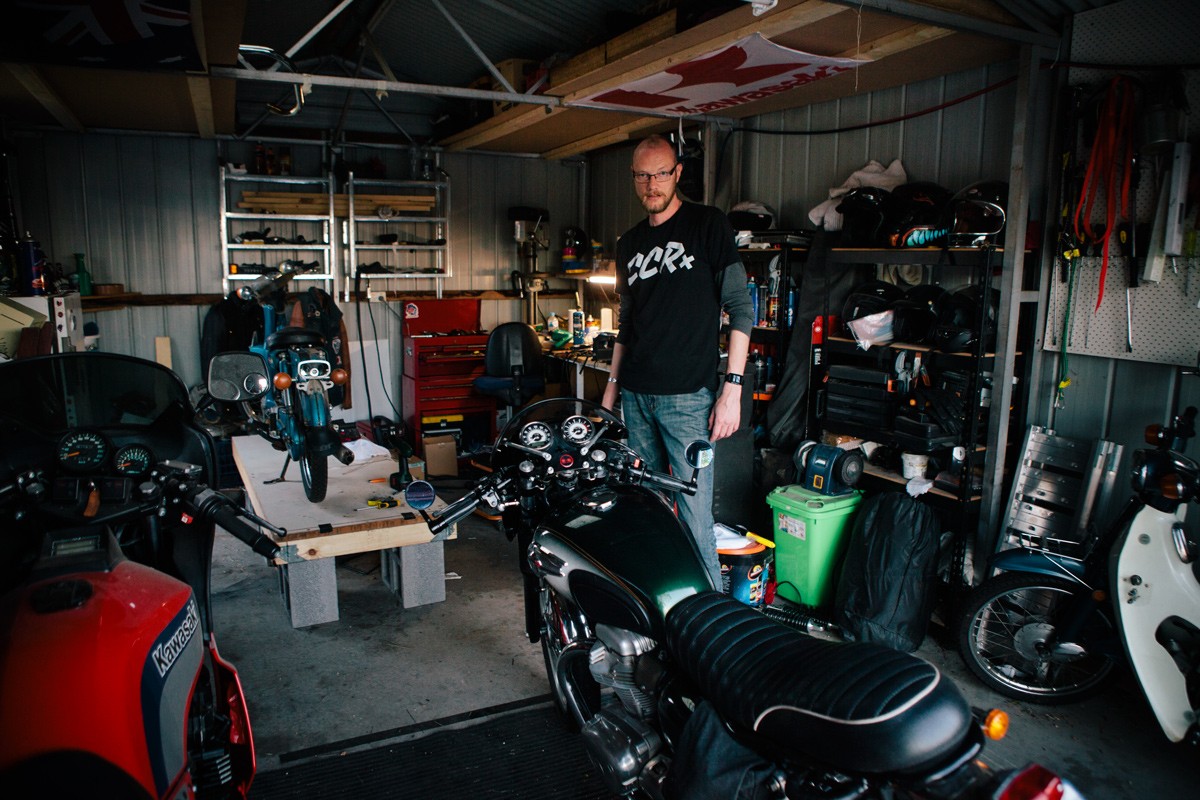 Also wedged in his small single garage is a recently restored 1980 Honda Supercub that he built after seeing James May riding one in the Top Gear Vietnam special.

One of the other bikes in the shed he will not part with has a slightly sadder story. “My best mate Craig, who had been in CanberraRIDERS since nearly beginning, suddenly dropped dead from a heart attack about 18 months ago. Craig’s family was kind enough to give me his bike.” So the CBR600F4i now has a permanent home in Jason’s shed.

The family legacy has recently materialized again however. Up on the workbench we found a tiny little Yamaha step-through. “Turns out my Uncle still had my grandfathers step-though. I even have a photo of me sitting on it when I was two! So earlier this year I took the ute down to his place and picked it up. Its just about ready to be stripped for a restoration”. 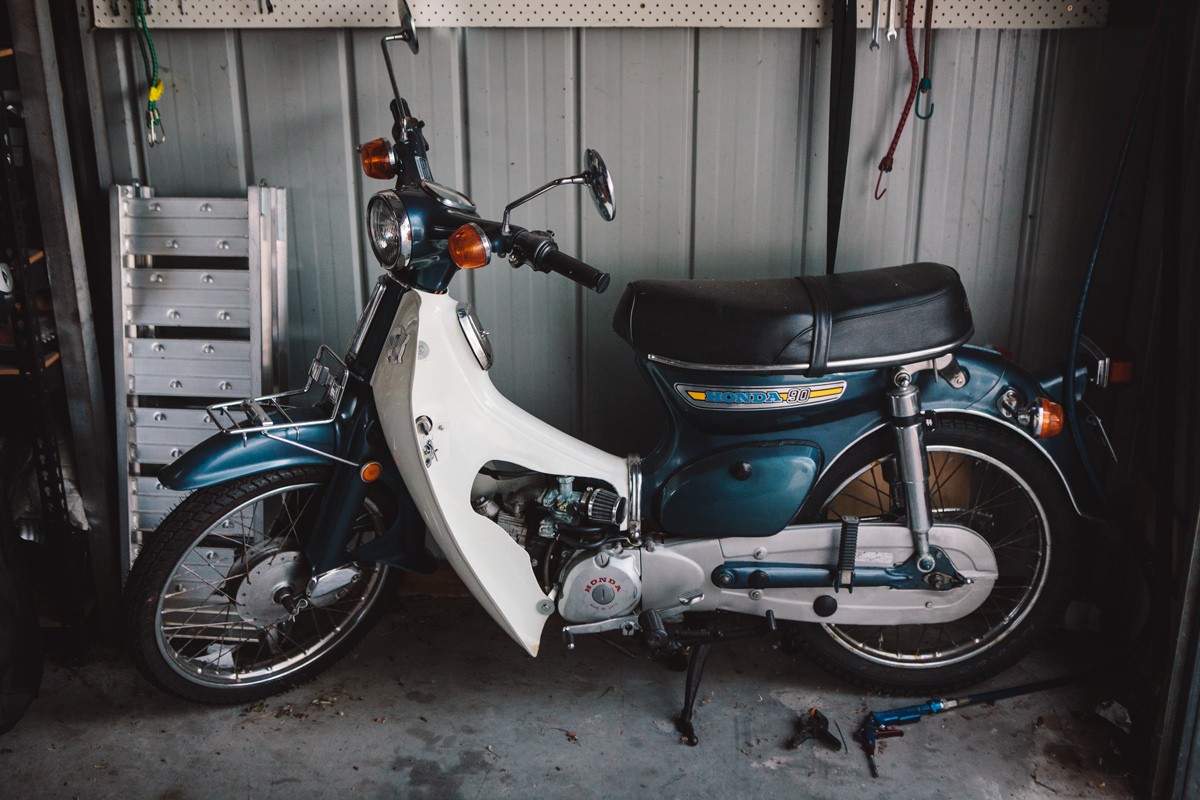 Although the vintage bikes and the CBR are good bikes, Jason had an itch to scratch on a custom bike. “I’d known Simon from Canberra Café Racers for a while and had gone out riding with the club a few times. This only made me want a café racer or something similar even more” So about 6 months ago Jason sold his cruiser and picked up a 2011 W800 to start working on.

“It’s nothing too exciting yet. Fenders, clip-ons, lights, seat, fairing. But paint and suspension is next. The bike doesn’t handle that well, so a mate Laurie (who is a suspension GOD btw) is going to take a look. Paint wise, I’m thinking polished tank for starters and see how it goes from there”.

“I’ve found the custom bike scene both here and Sydney to be nothing but friendly and accepting. It’s such a great bunch of people. CanberraRIDERS will always be my number one responsibility, but getting out on the W is just something for me”. 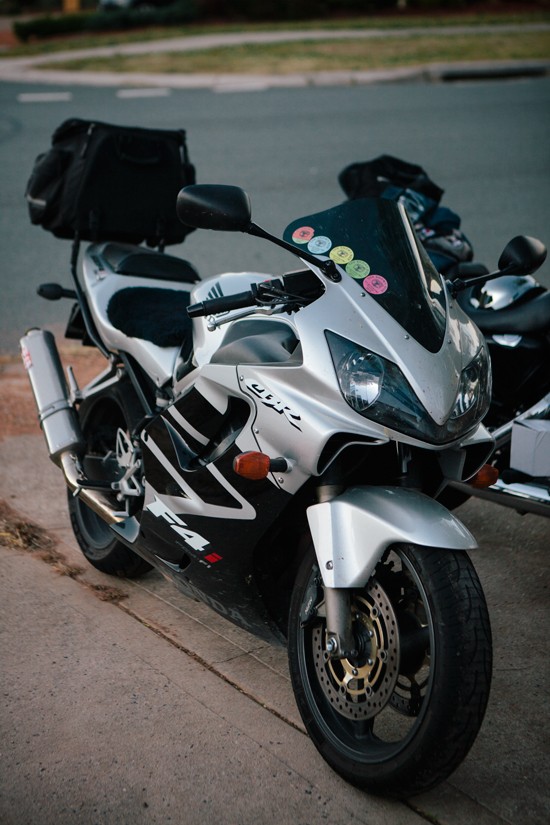 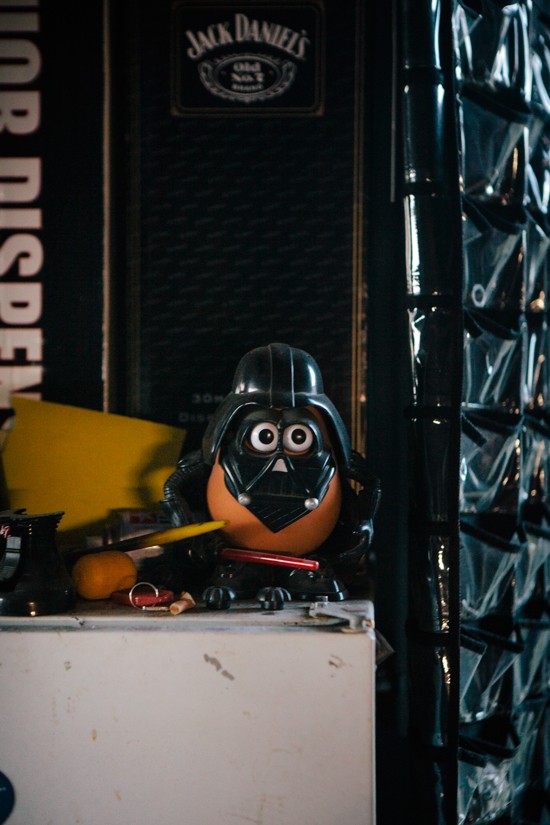 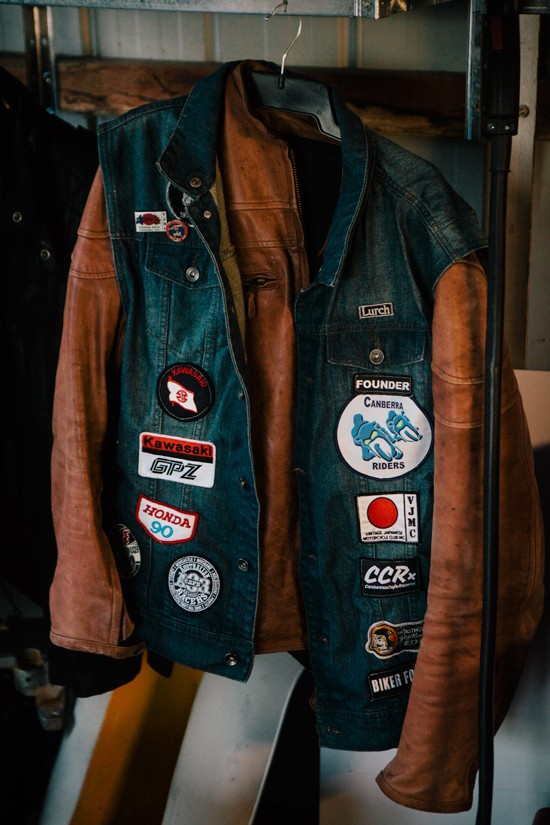 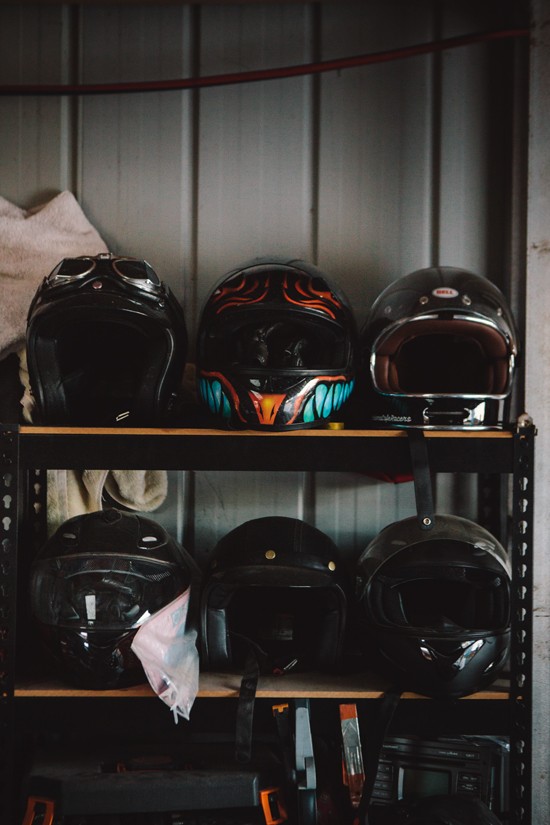 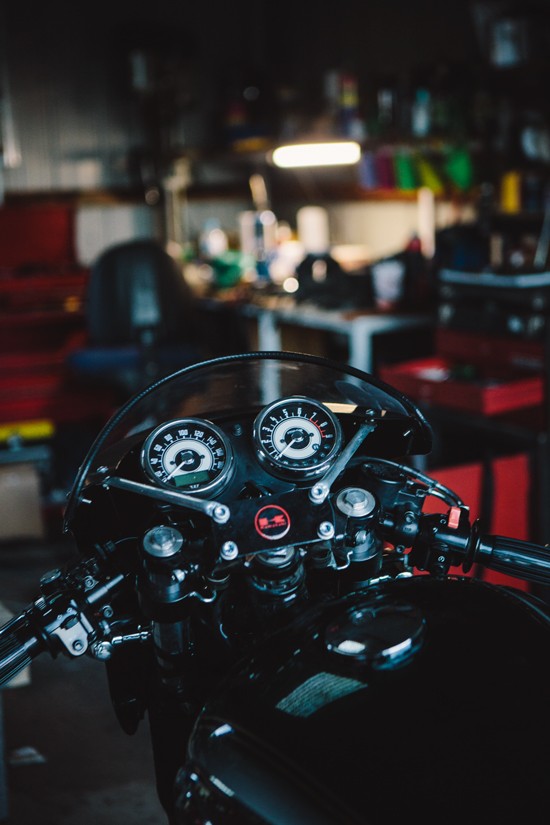 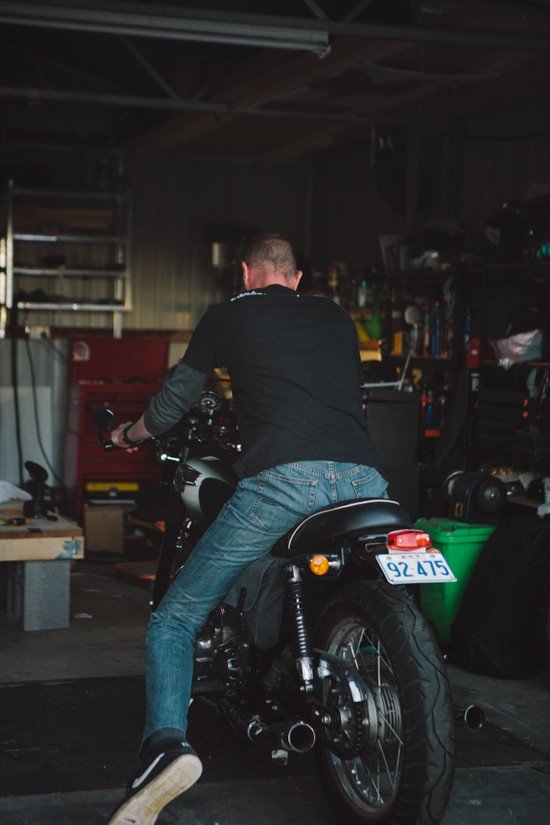 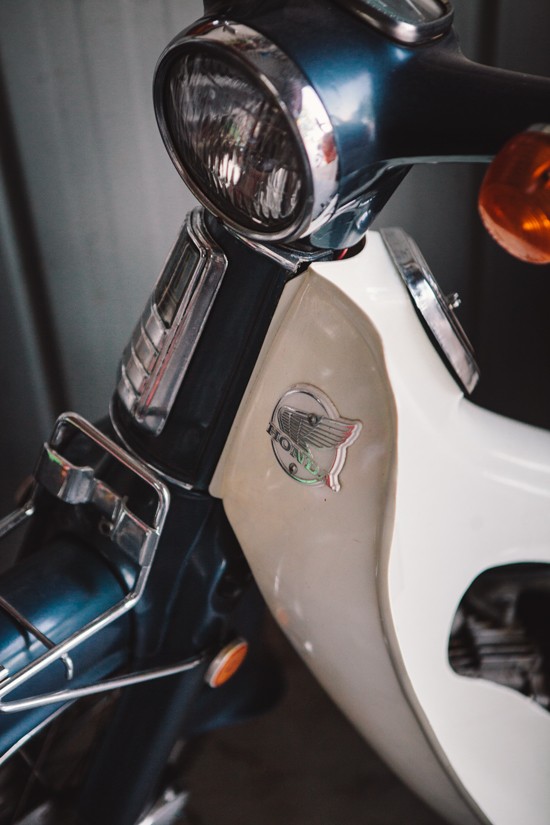 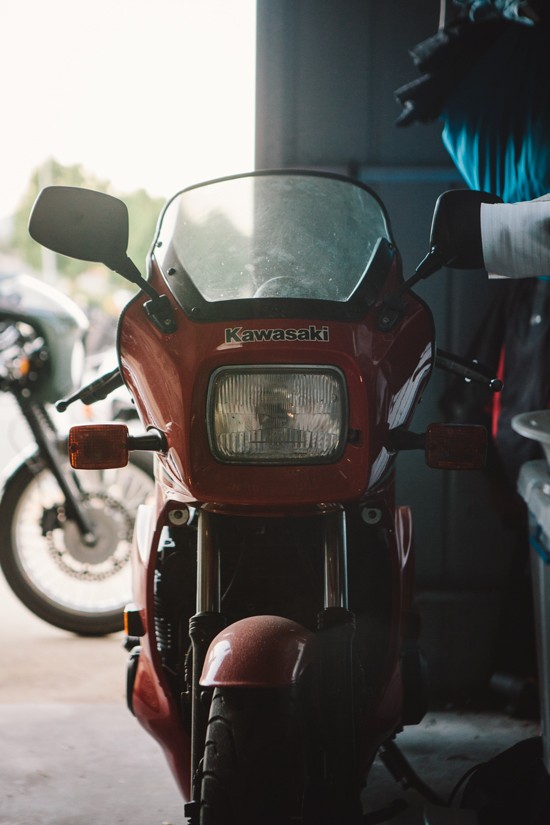 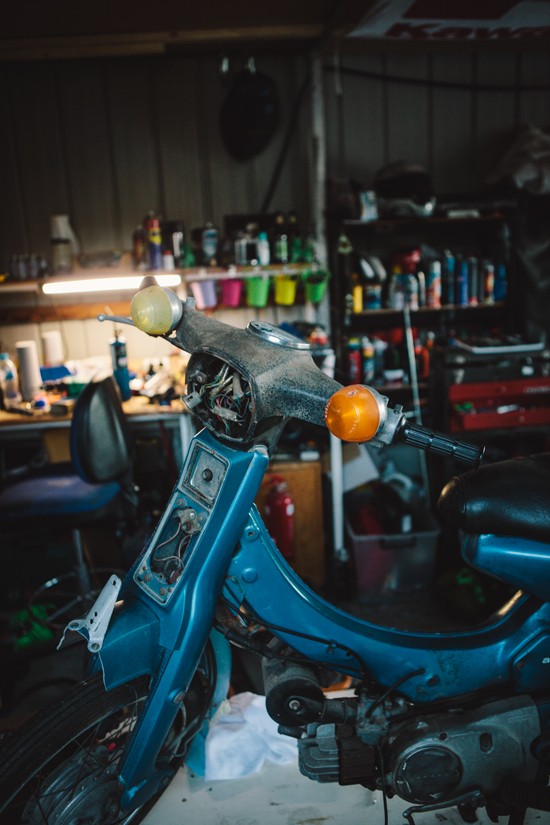 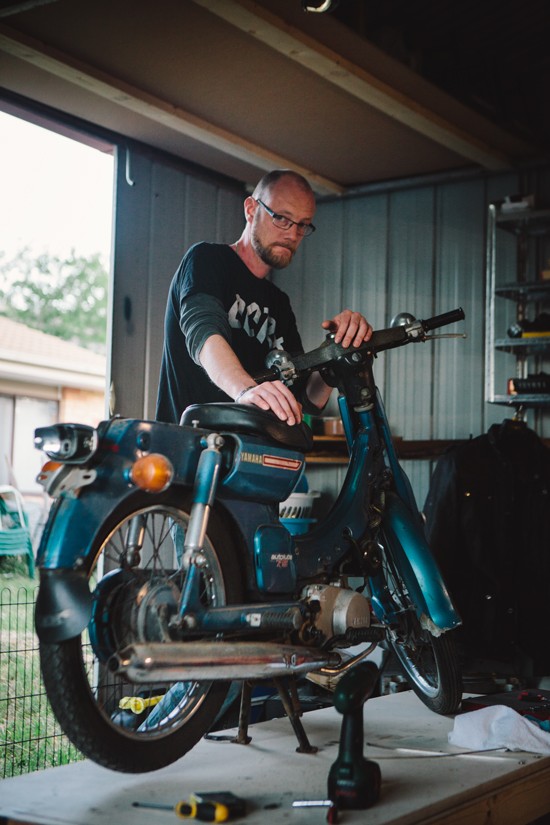 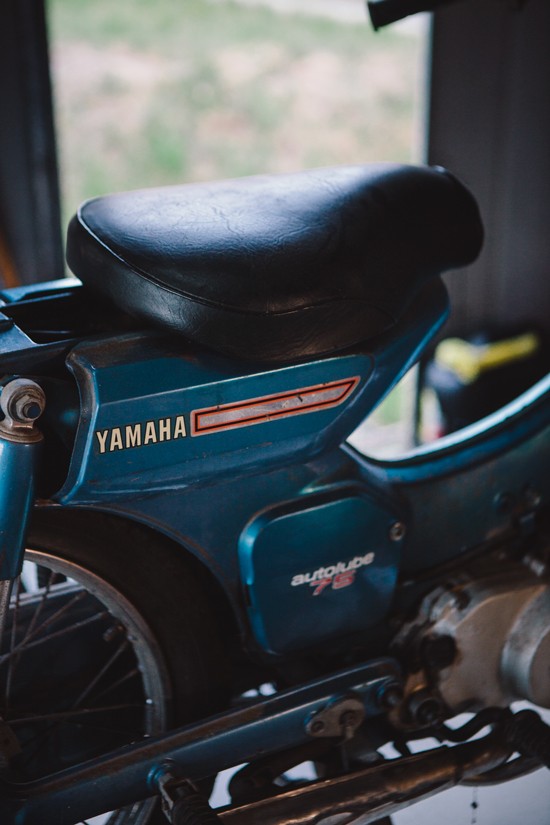 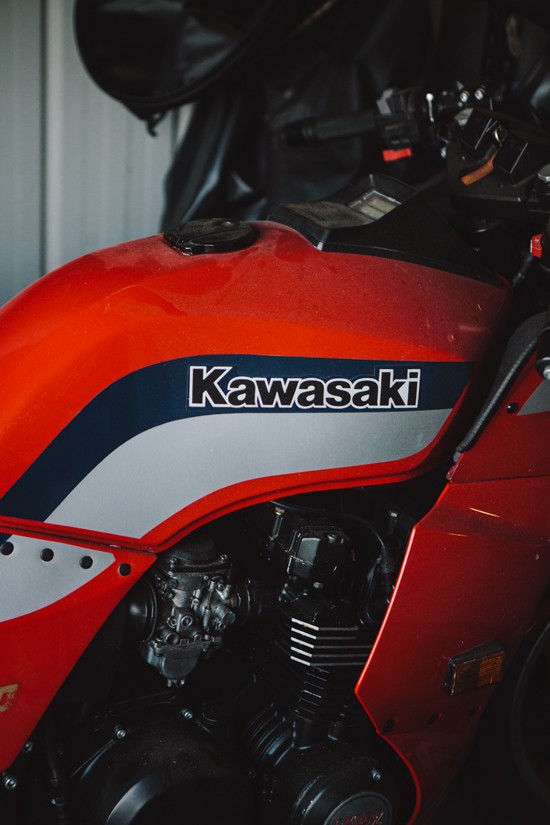 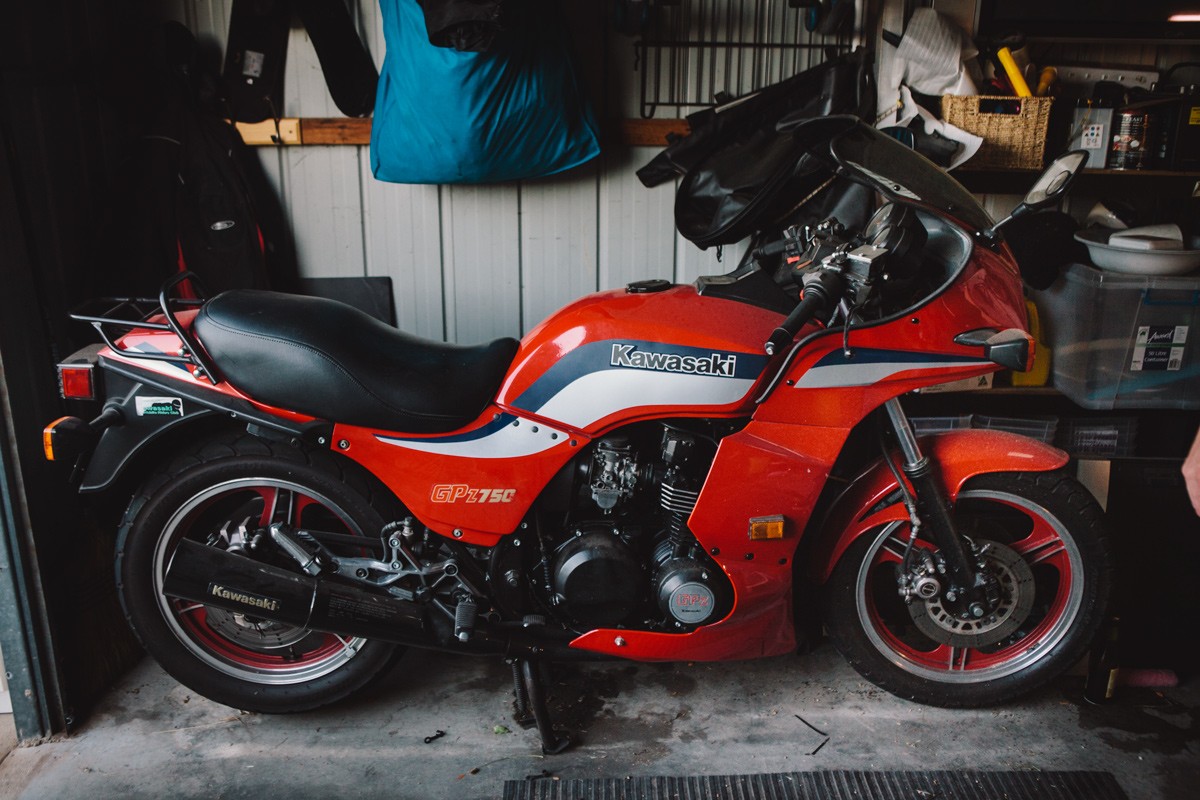 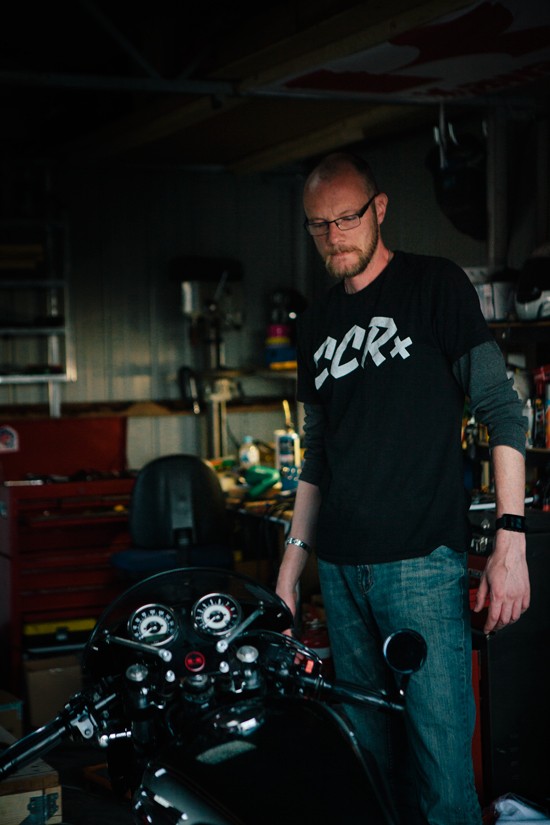