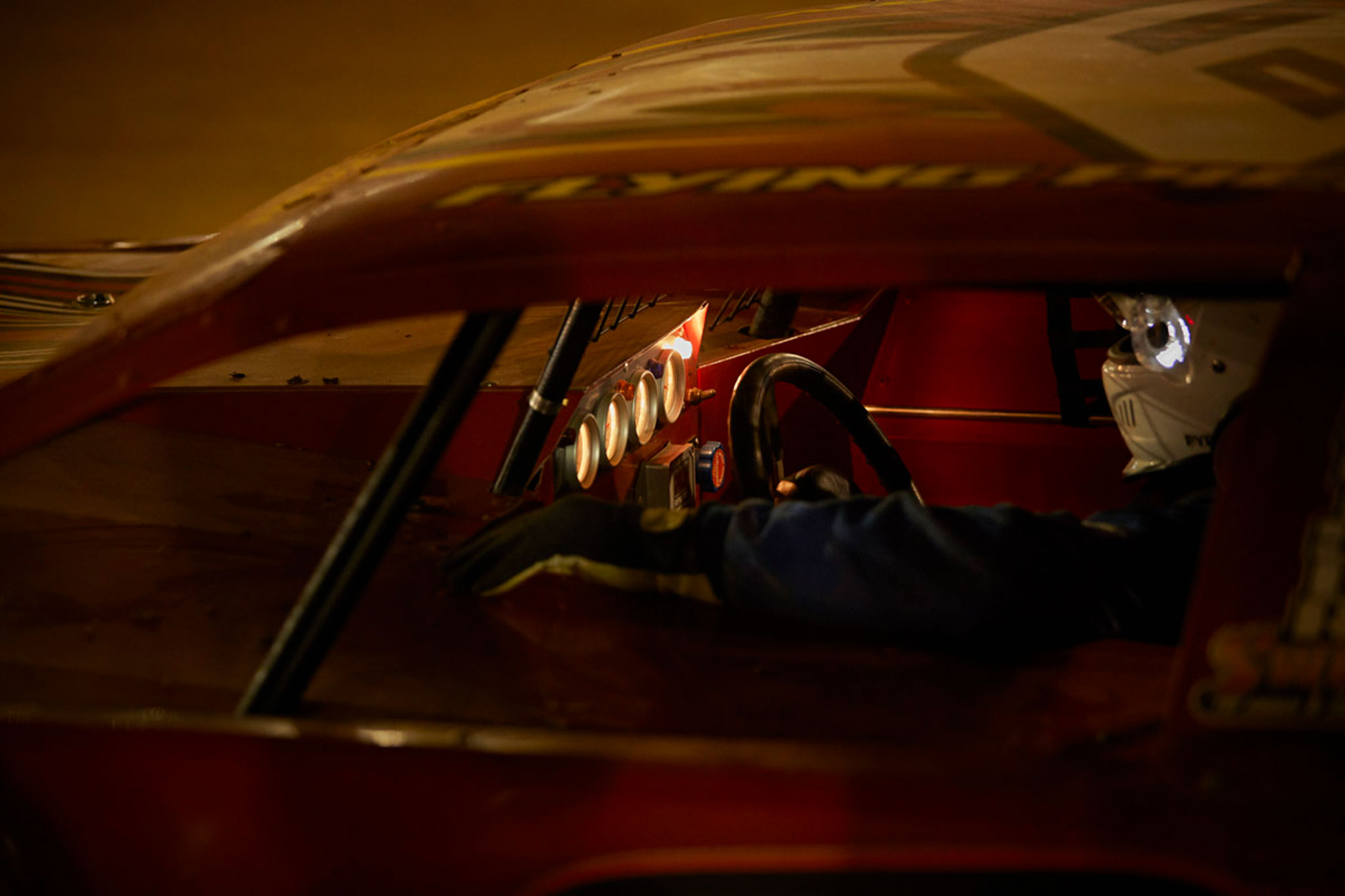 Hard Left is a photographic series that depicts the culture behind the Valvoline Raceway in Sydney’s West through the eyes of photographer, Toby Dixon. Car racing aside, Toby has captured the community that is behind these events and has shown the mayhem under a different light. 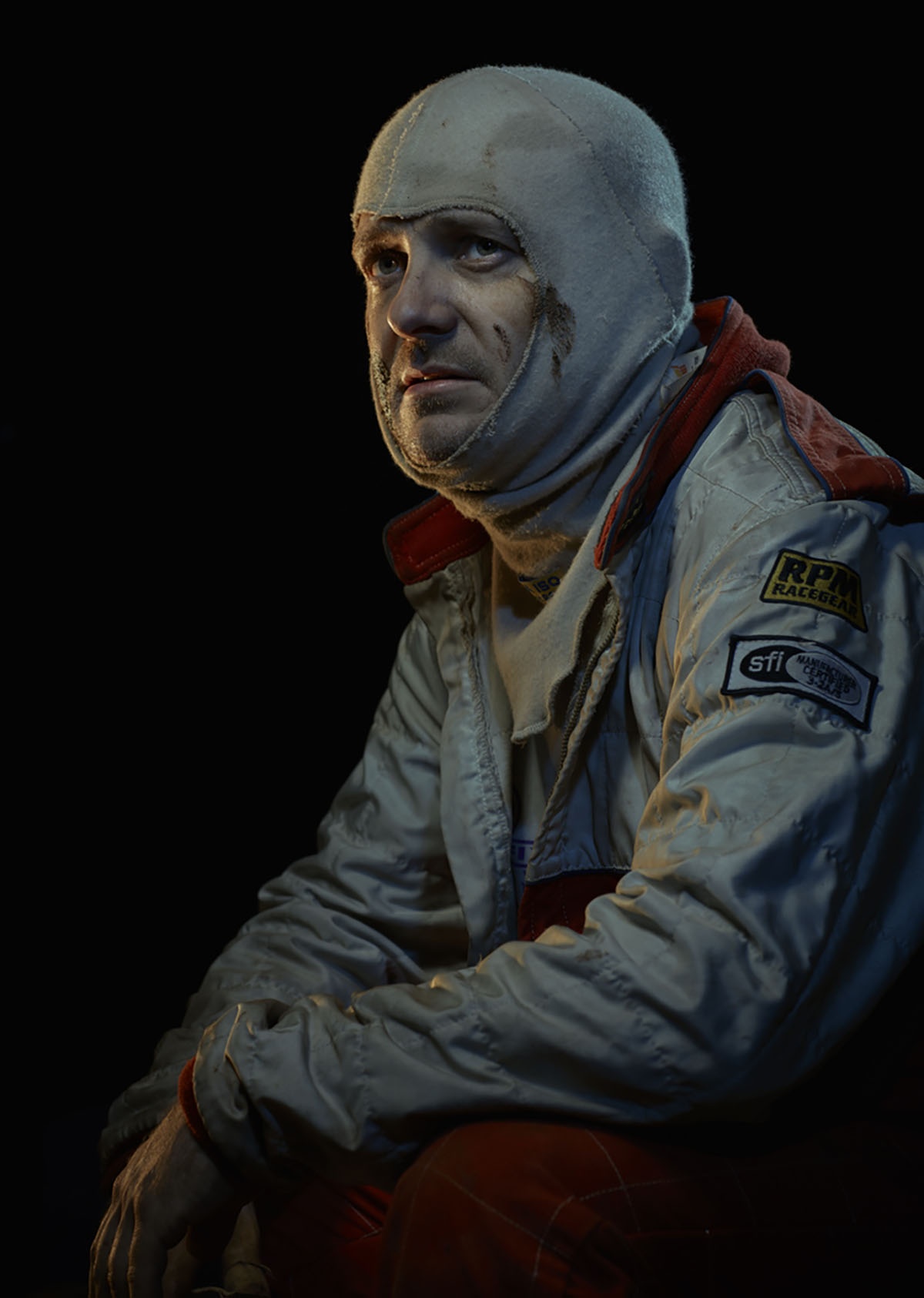 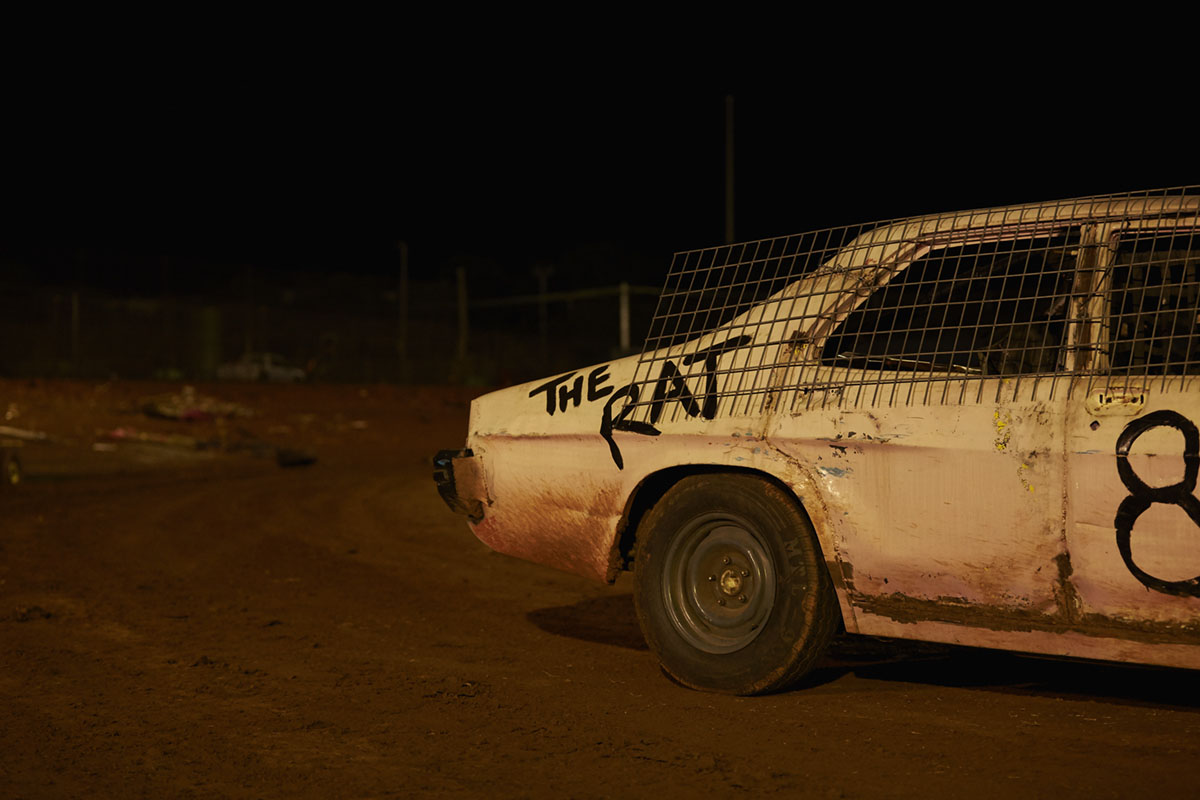 Having always been a petrol-head growing up on a farm in rural NSW, dirt bikes were the weapon of choice for Toby as he soon learned that this machine gave him a sense of freedom and independence scarcely found elsewhere. “This naturally led me into a fascination of anything to do with petrol and engines. I was obsessed with road films like Smokey and the Bandit, The Cannonball Run, and Mad Max… (and Farrah Fawcett). That opening scene of Cannonball Run with the red Lamborghini Countach running from the cops was burnt into my mind. The sound of the V12 vibrating on the highway bitumen still makes my adrenal glands go “weeee!”.” 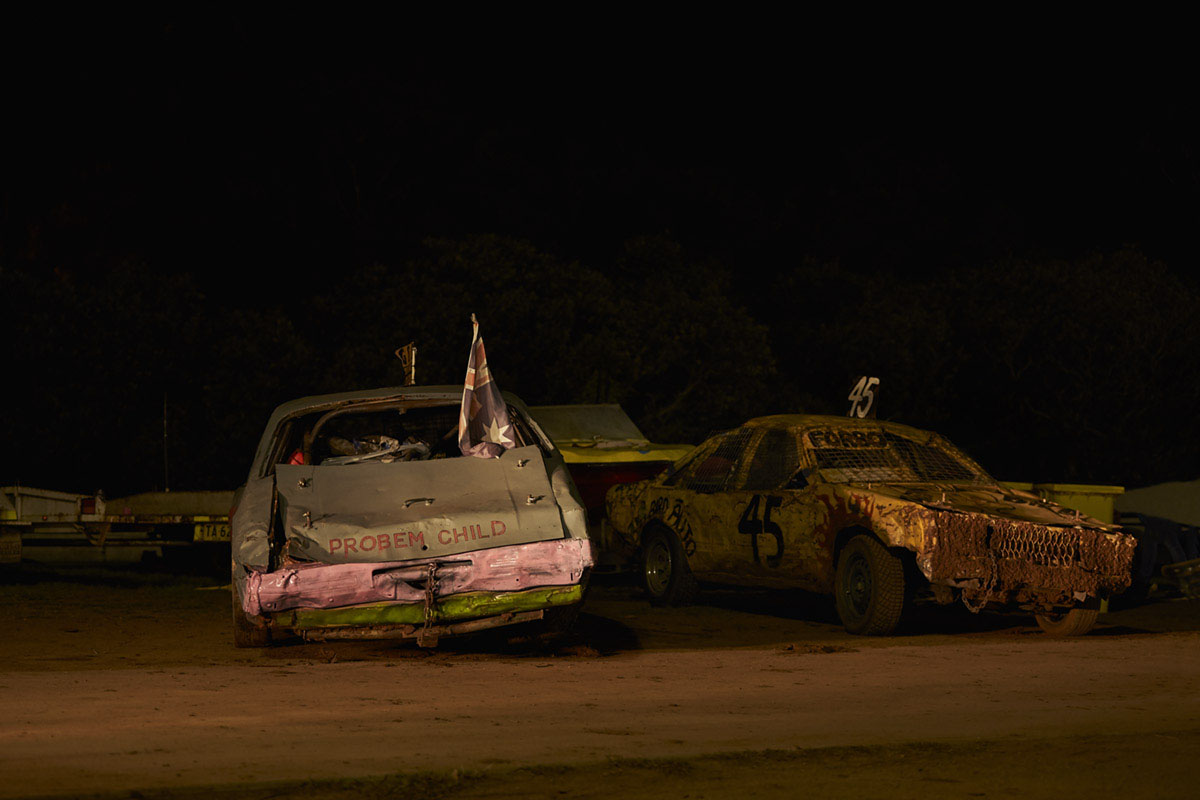 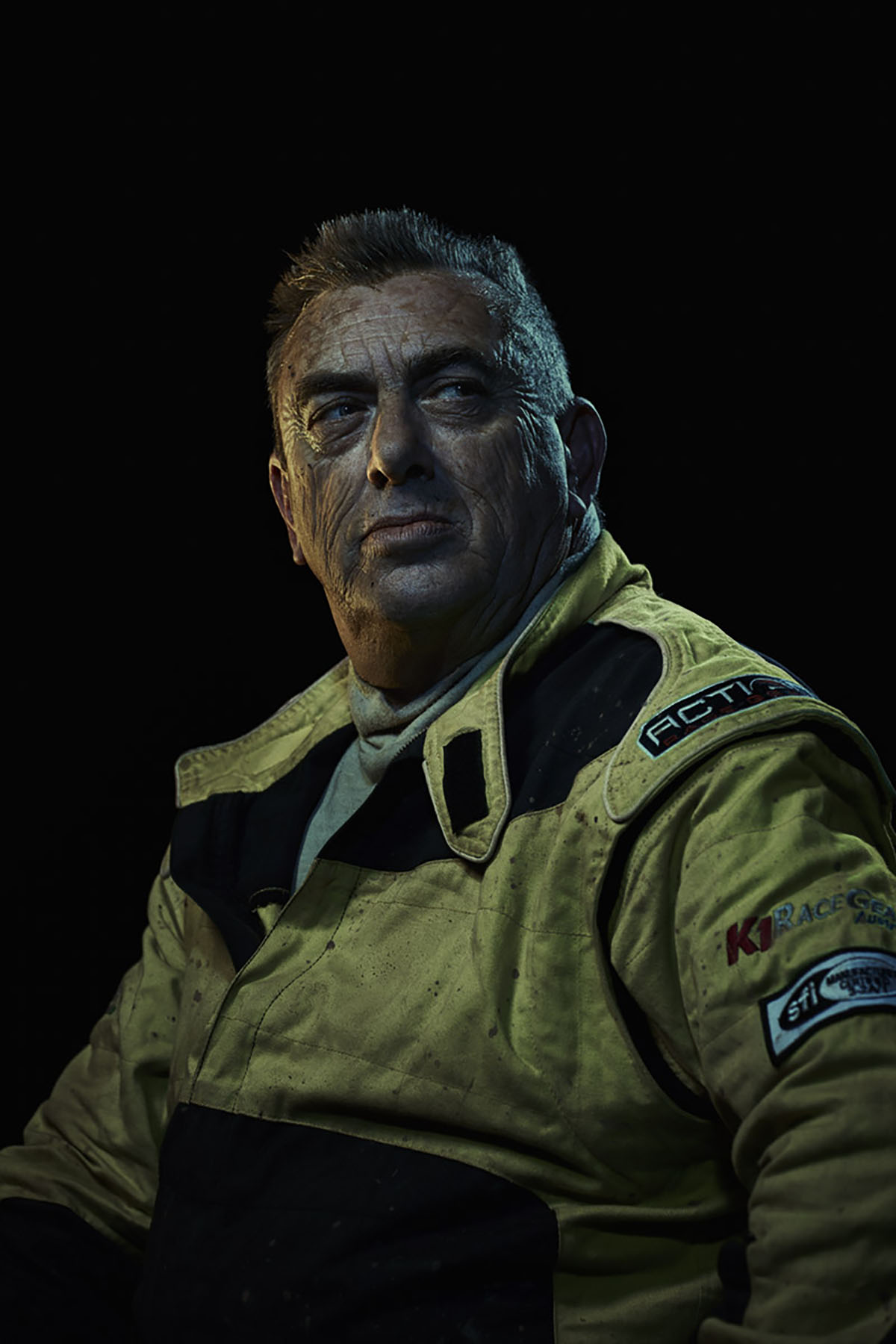 This need for speed and hoonery has resulted in Toby combining his passion for photography alongside the machines that excite us so intensely. The illustrious Valvoline Raceway would play host to Toby digging deeper into a scene of driving that has been drawing-in families for decades. “I’d shot there once which went well, but felt that I could dig a lot deeper into what was going on here. There are so many elements that make up the full story of interesting things to see at the speedway. I knew that the more I went out there, the stronger the story would become. I didn’t think I’d make an exhibition out of it until only a few months ago.” 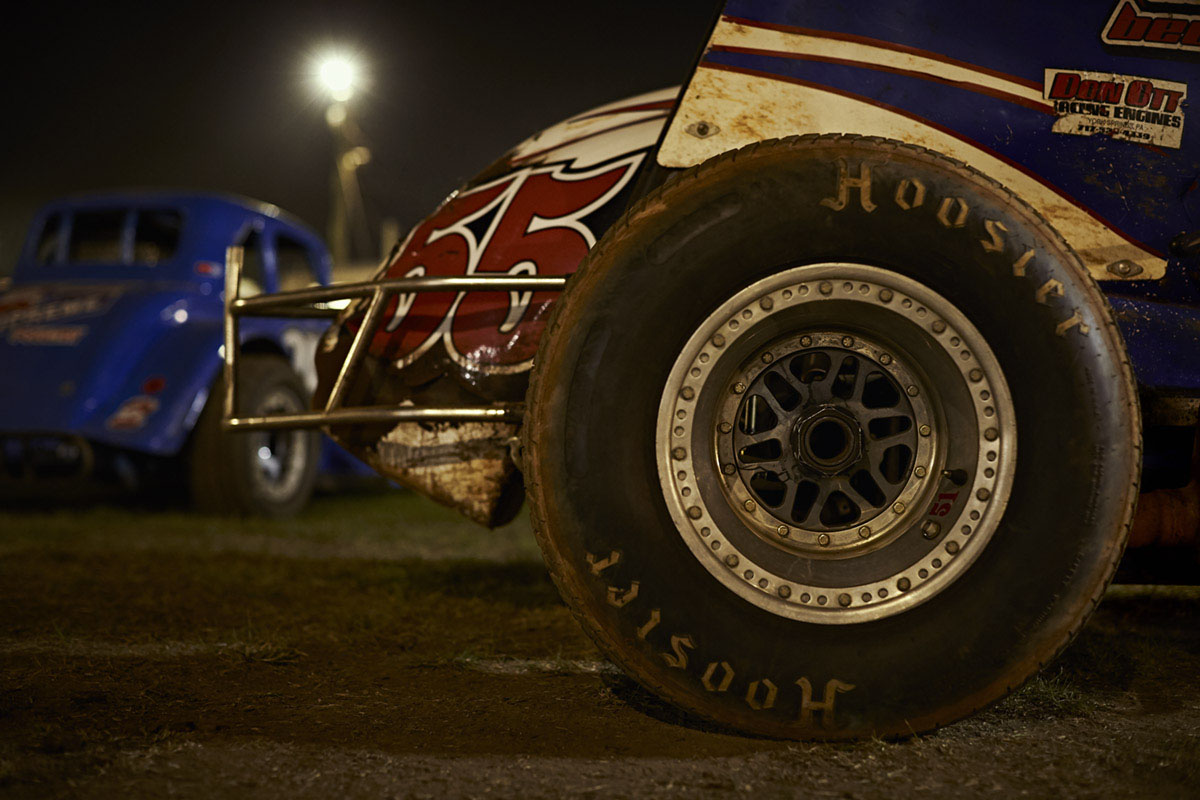 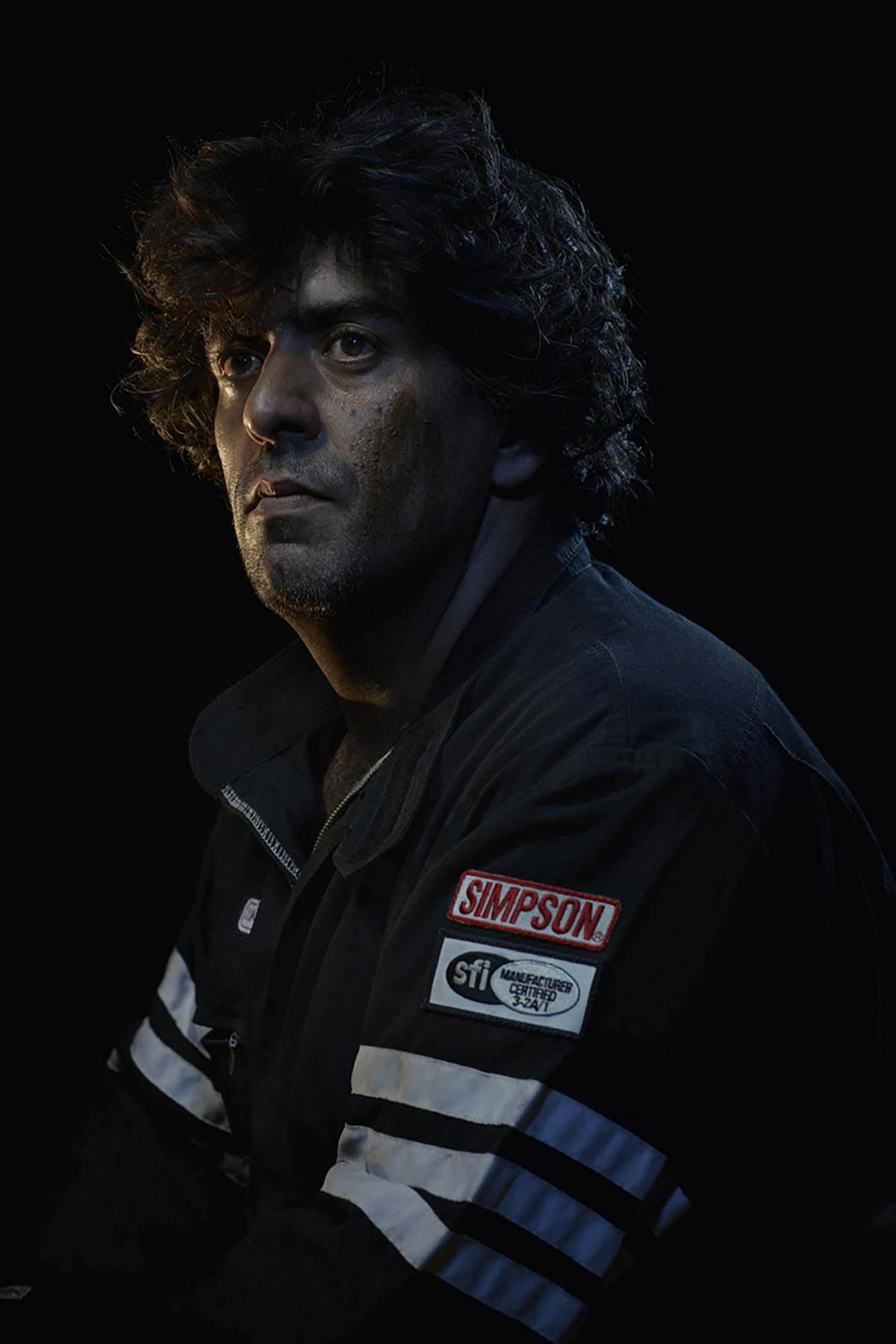 As any photographer will know, shooting in low light has its host of difficulties. Chuck in fast moving objects, and you’ve really got your work cut out for you. The chaos, the dust, the mud – this is a track that lives up to its heritage. “It’s absolutely chaotic. The dust, the sounds, the smells of burning methanol and fried food – it’s nothing short of a sensory overload. I used Canon DSLR’s that were proficient enough in low light. I couldn’t have shot this series the way I did if I was attempting it a few years ago. Back then, I’d have to shoot at such high ISO’s that the images would never look good blown up to the size of what I have at the exhibition, 1.7mx1.2m” 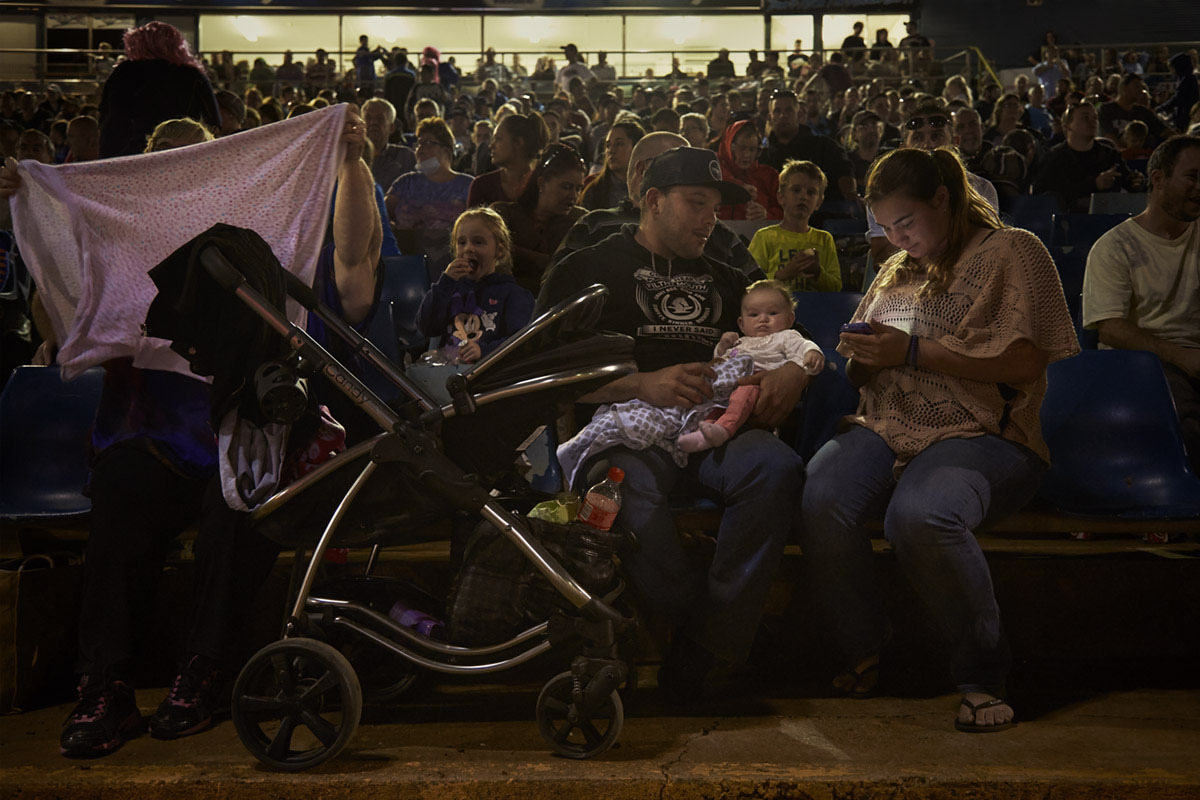 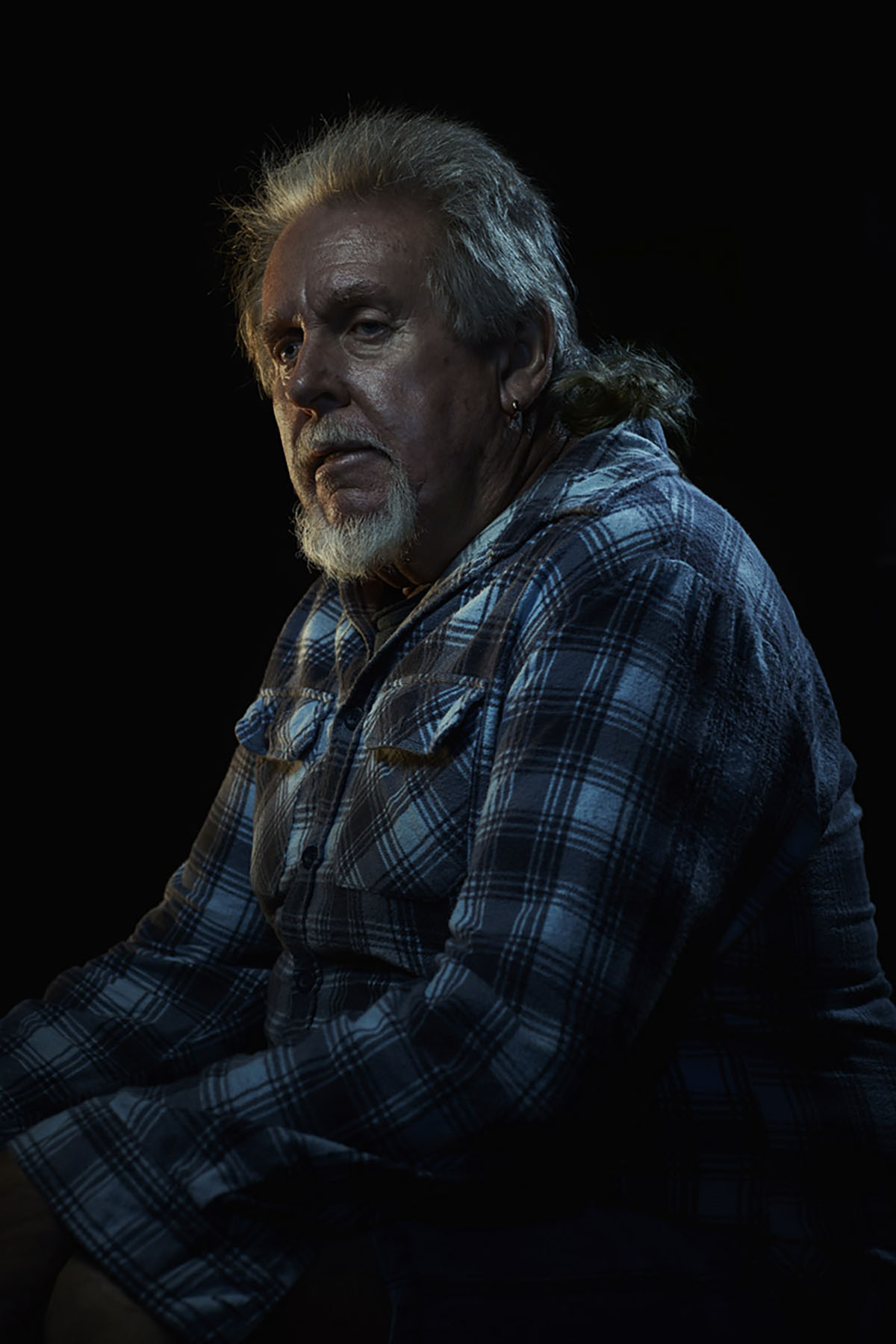 This series is the result of constantly going back to the track, finding new aspects to shoot and applying new ideas. This would eventuate into creating a studio inside the pits to capture portraits of some of the characters that Toby had met in his earlier shoots. “Each image was created within a studio setup using lights that emulated the look of people watching the race. I’m really proud of the way these portraits fit in the more ‘reportage’ style of the series.”

Check out the amazing massive prints on show at Sun Studios August 10th-18th. 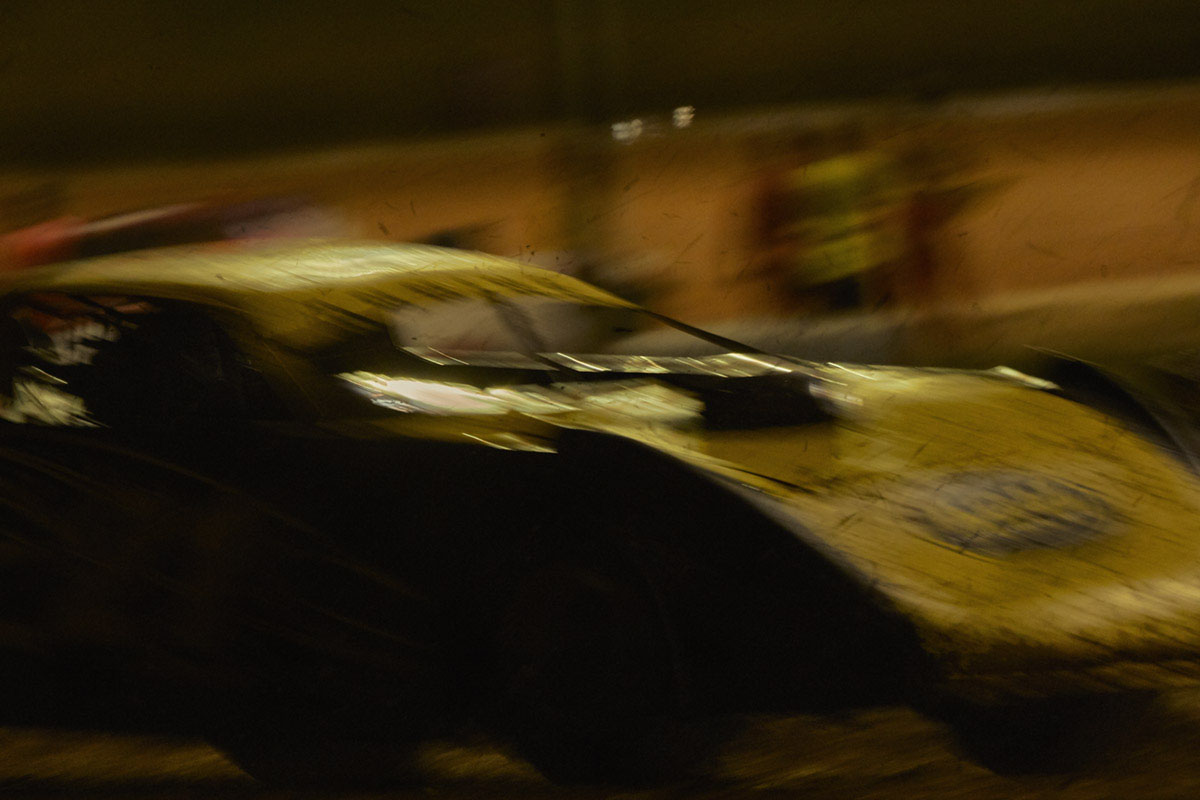 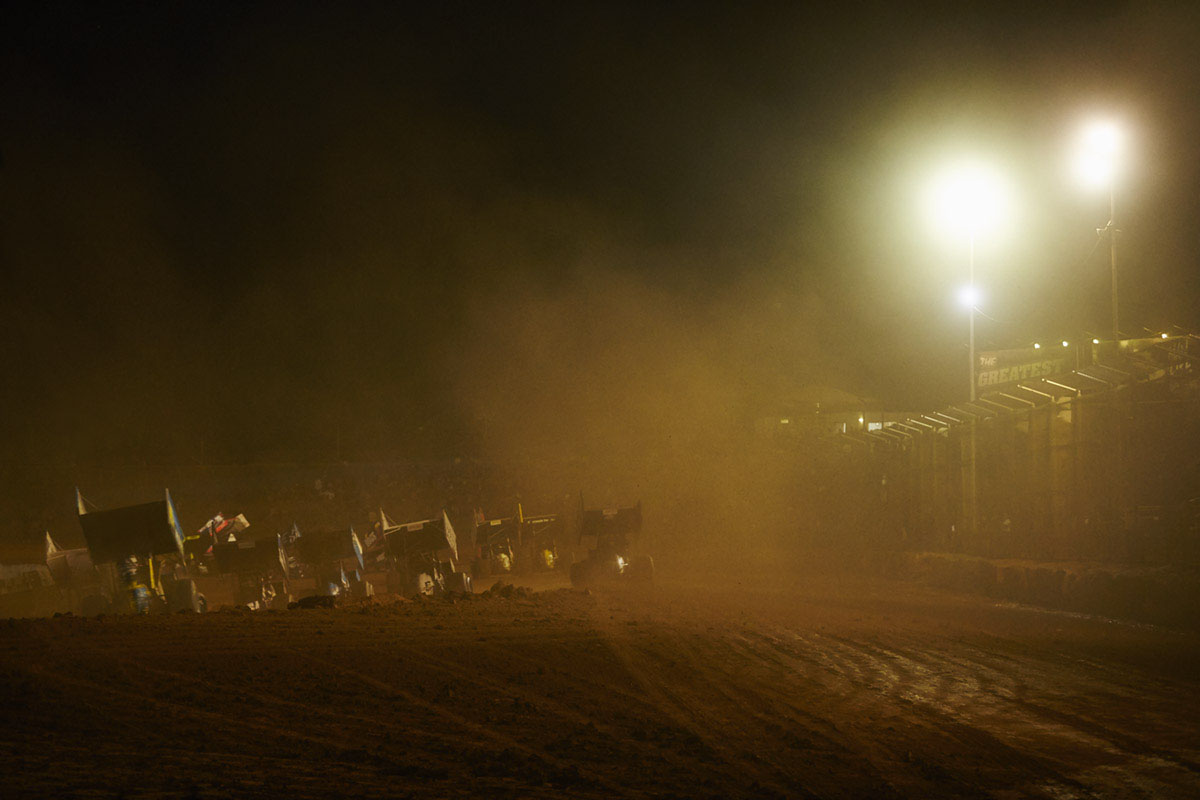 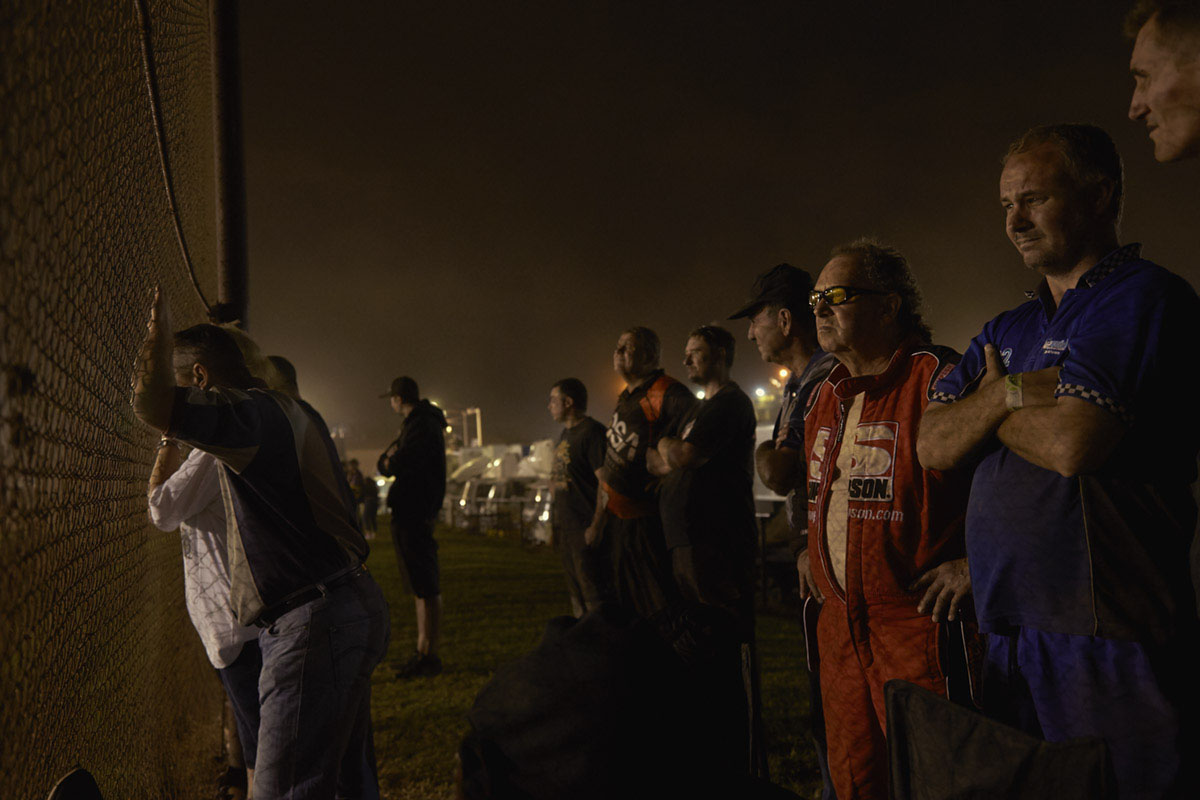 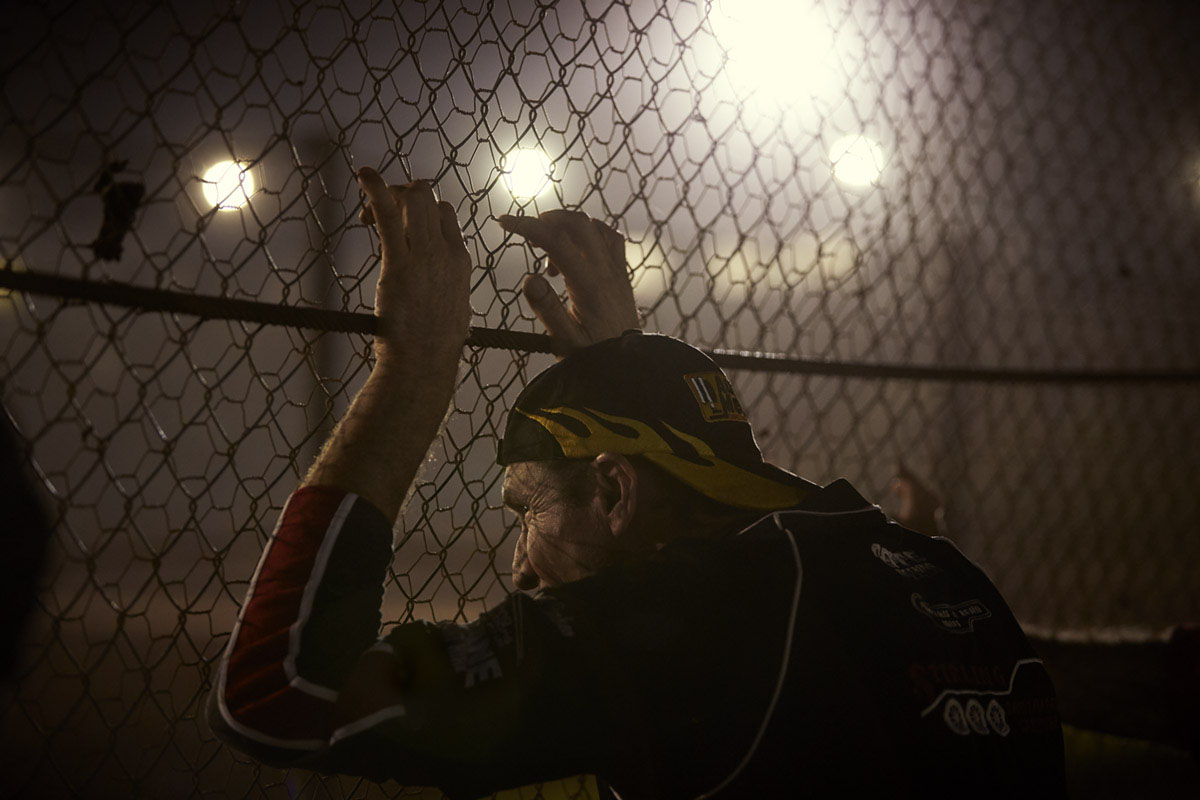 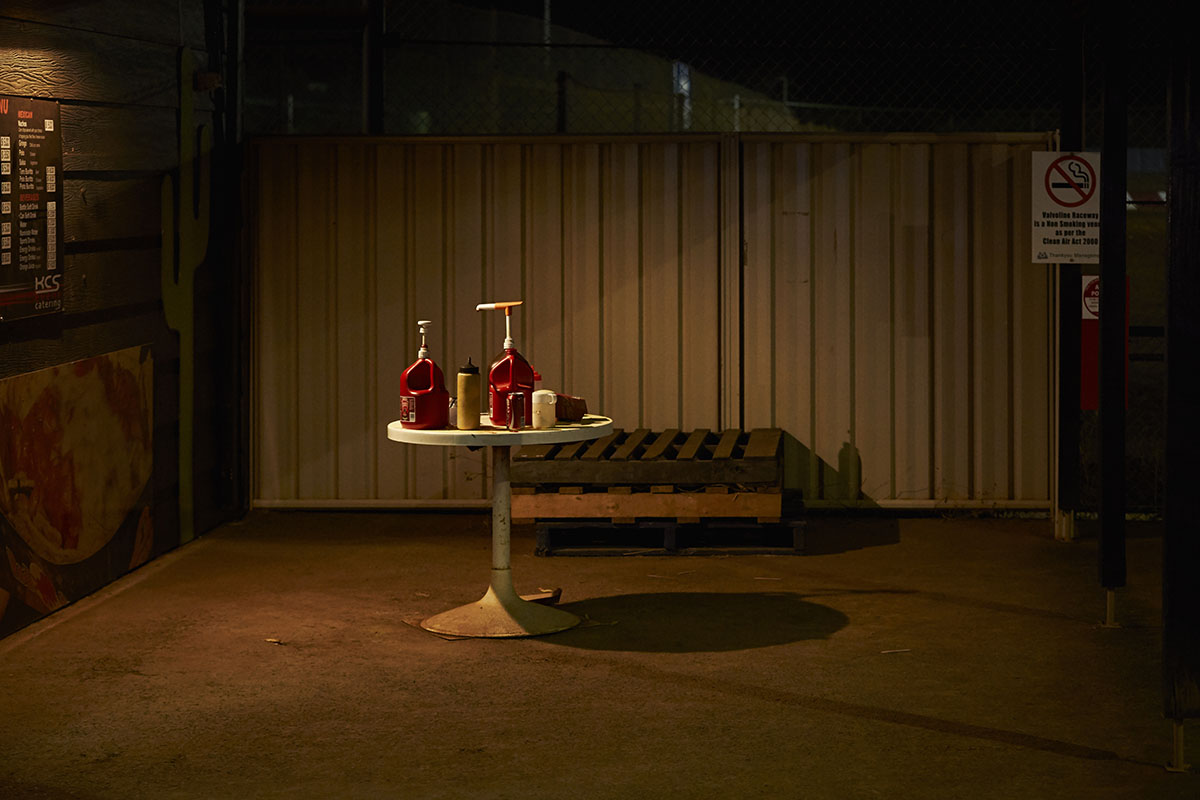 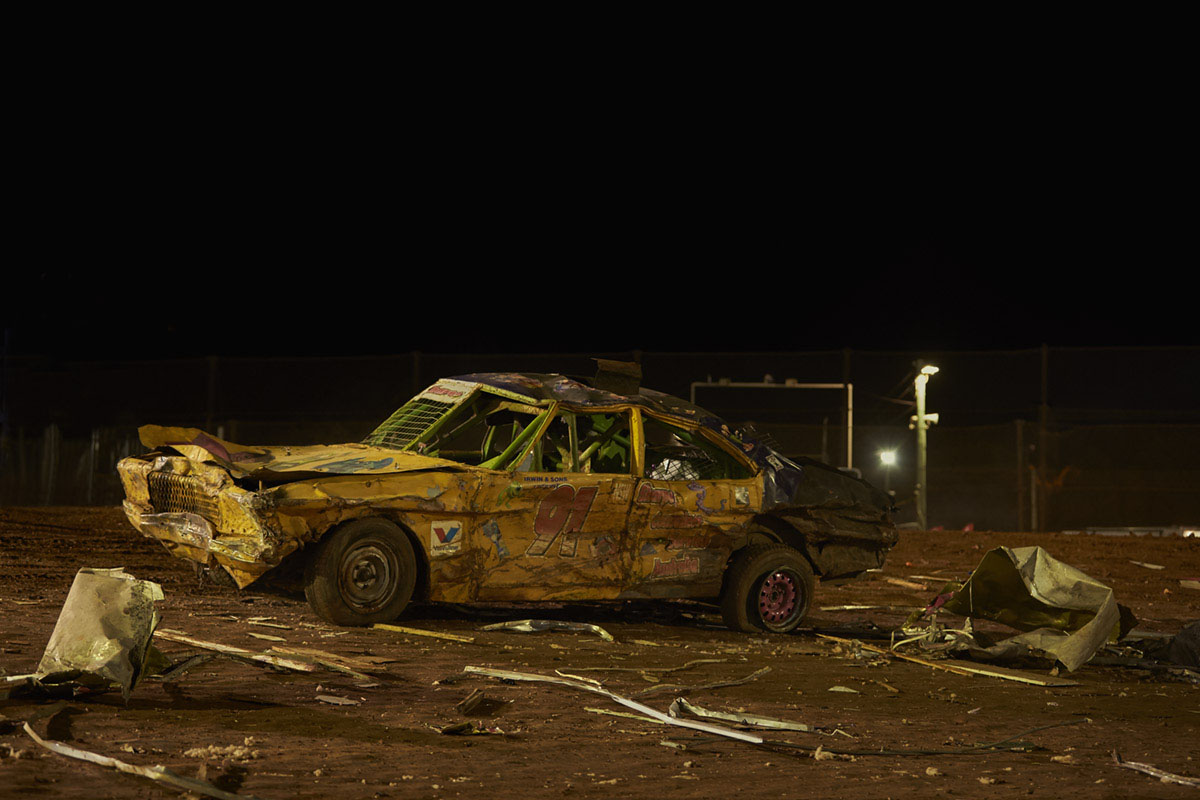 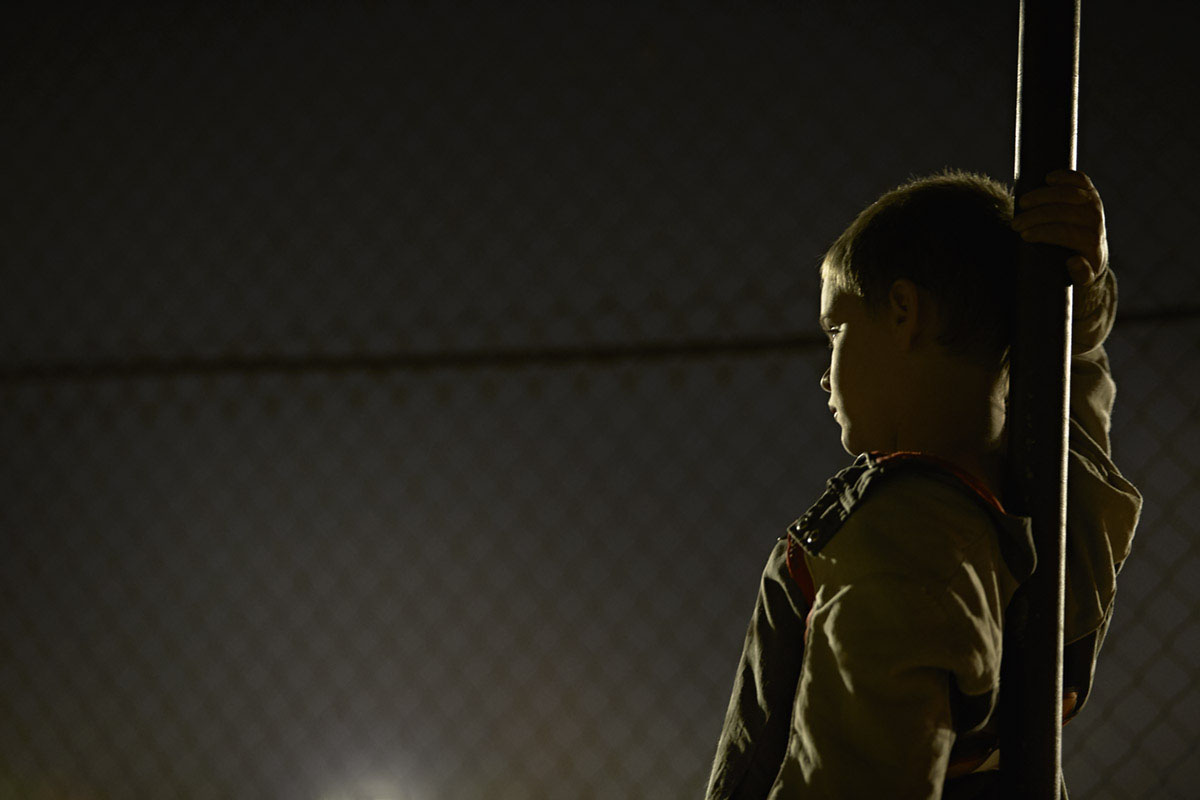 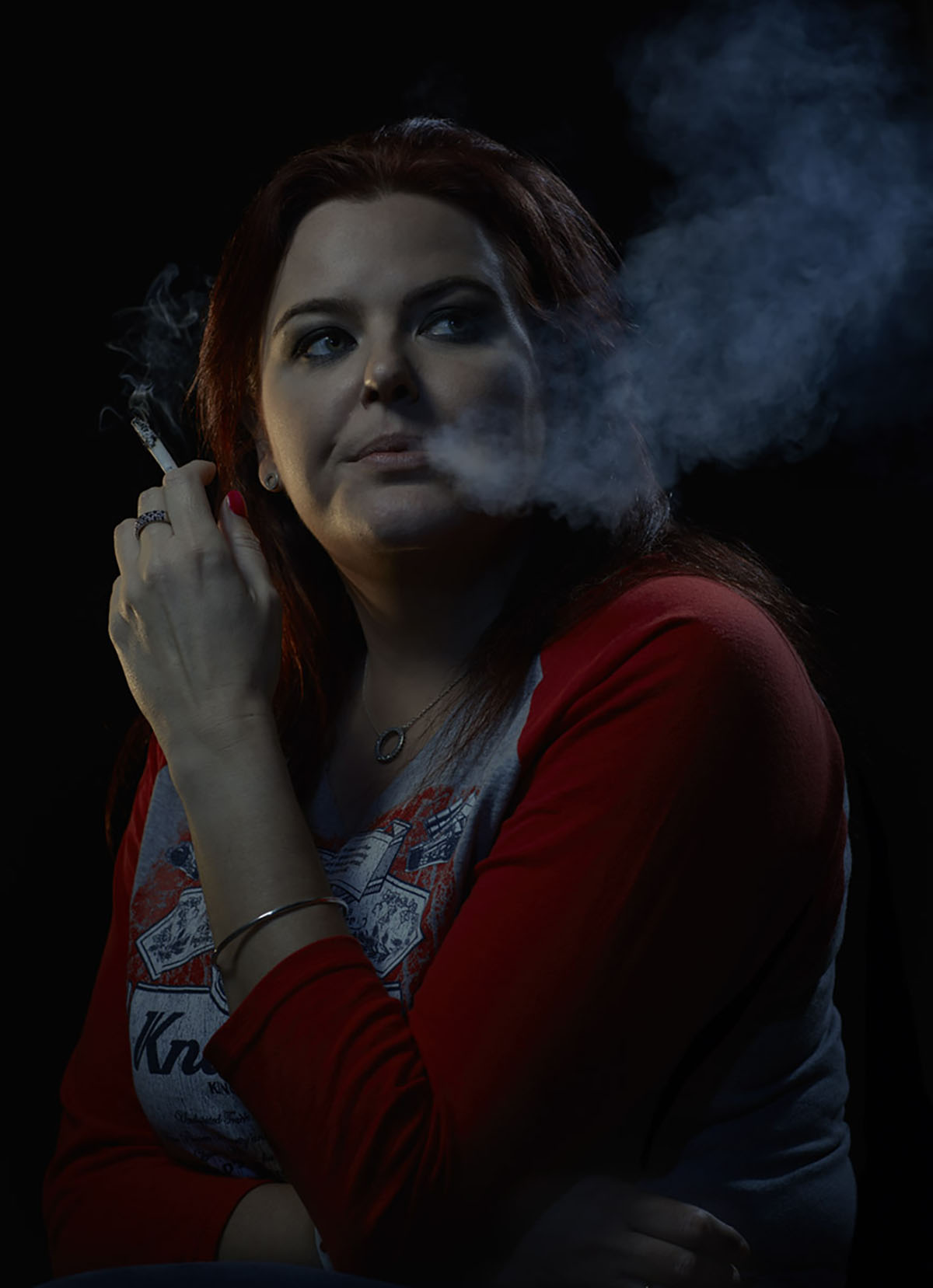