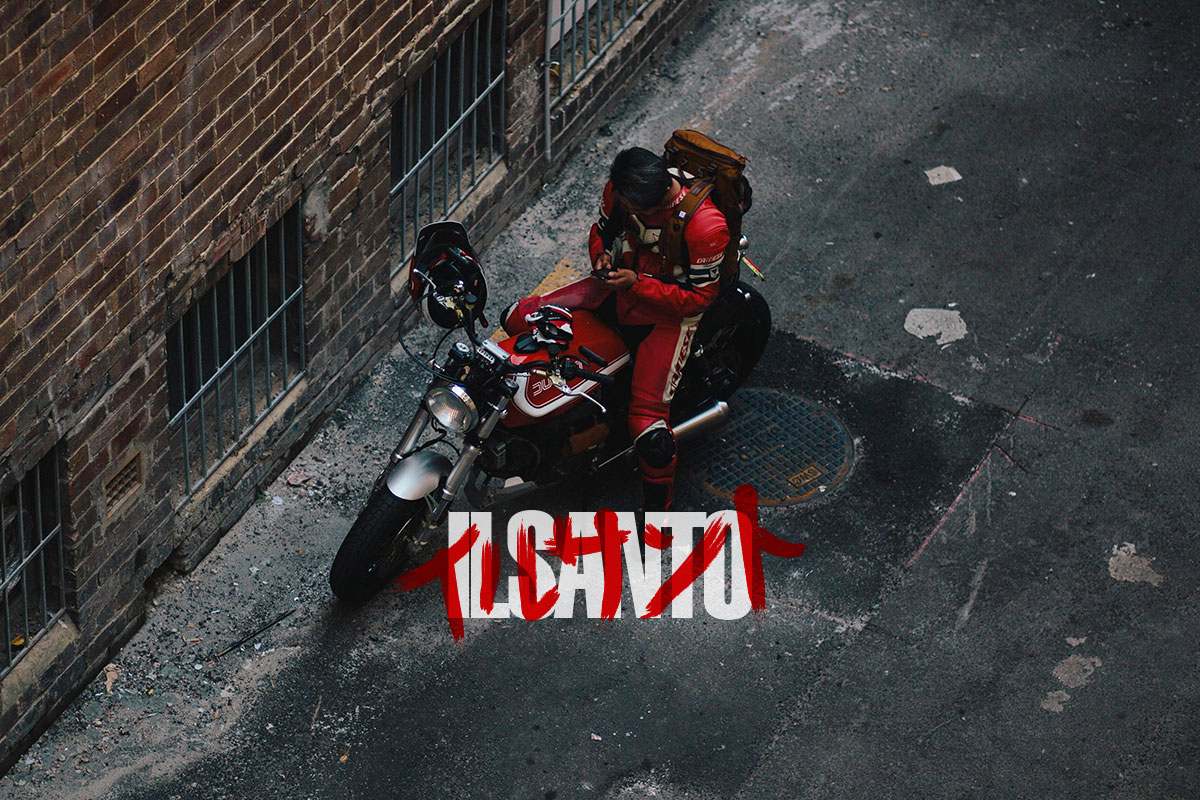 Gary’s first steps into the world of two wheeled machines came in the form of an old Lambretta Scooter that sat on display in his living room. Today, Gary’s taste has grown towards bigger and meaner machines.

The passion for bikes started at an early age for Gary, “My mum was an antique collector in the Philippines. She bought a Lambretta scooter and used it as a display piece in our lounge room; in fact today we still have a bike or two in the living room. One day she went on holidays, and when she came back the scooter was painted blue. My brother had paid someone to restore it and get it running. This became my means of transport to school (piloted by my older brother who didn’t have a licence). Later he sold the scooter and bought a Yamaha DS6, that was a real bike!” 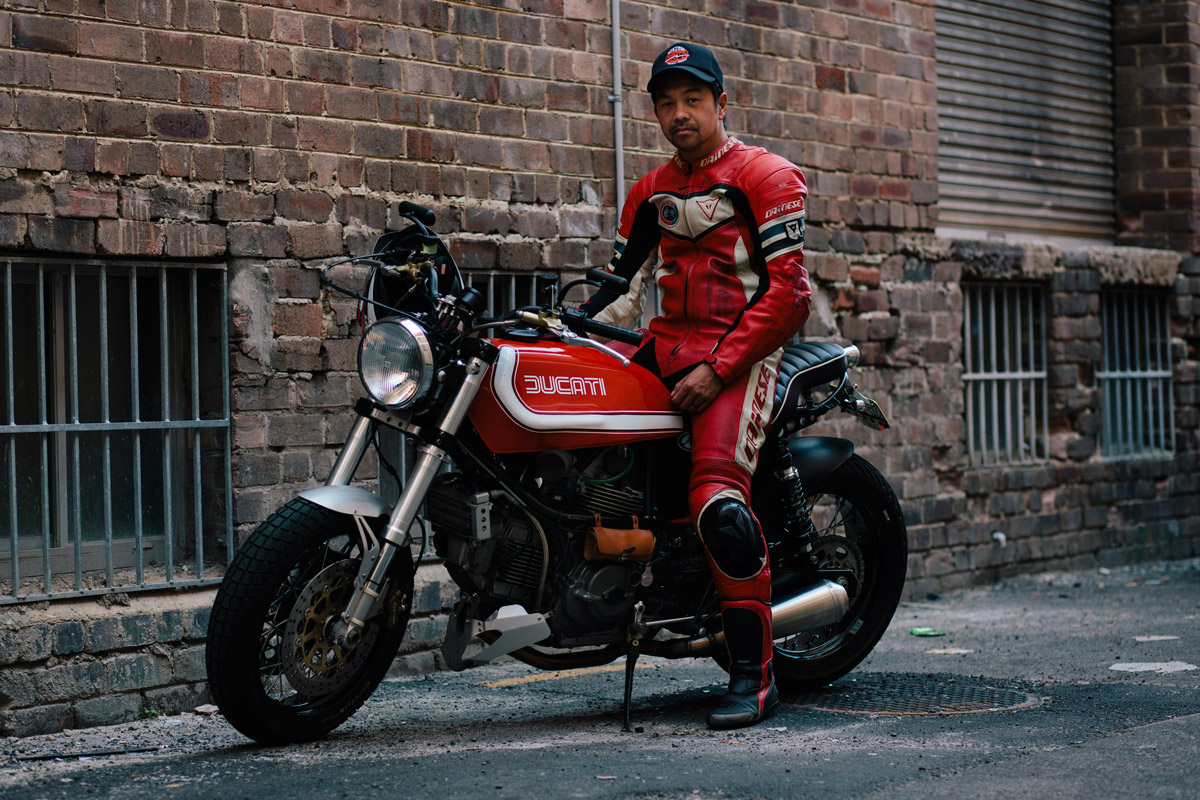 The need for bigger bikes of course bit Gary hard, and sure enough a new machine was on the cards. Il Santo is a 1984 Cagiva Alazzurra that has undergone a myriad of changes. The Cagiva Alazzurra was the result of an agreement between Ducati and Caviga for a supply of Ducati engines, so it is very much a Cagiva bike but with the heart of a Ducati. They were produced by Caviga from 1984 to 1986, and offered a more affordable option for those wanting a Ducati at the time.

“I bought the bike from a guy in his 70’s who could no longer ride it because of the heavy clutch. The bike was then stripped of its ugly fairings. In the early stages of the build, the tank and seat were replaced with a smaller headlight, and home made idiot lights. In 2014, the bike had its second rebuild; everything was sold off except for the frame, home made idiot lights panel, and carbs. Parts were sourced through friends, shops and anyone who knew people that had parts in the shed. The bike then received a much younger bigger engine, 750cc reversed head. I then added on an original 1975 500 Desmo tank with original paint from the factory, wheels off a Sports Classic (special thanks to Ronnie Fiala for finding them), a 50mm front end, extended swing arm, Yamaha XT500 vintage side panels and mufflers off an 1100 Monster.” 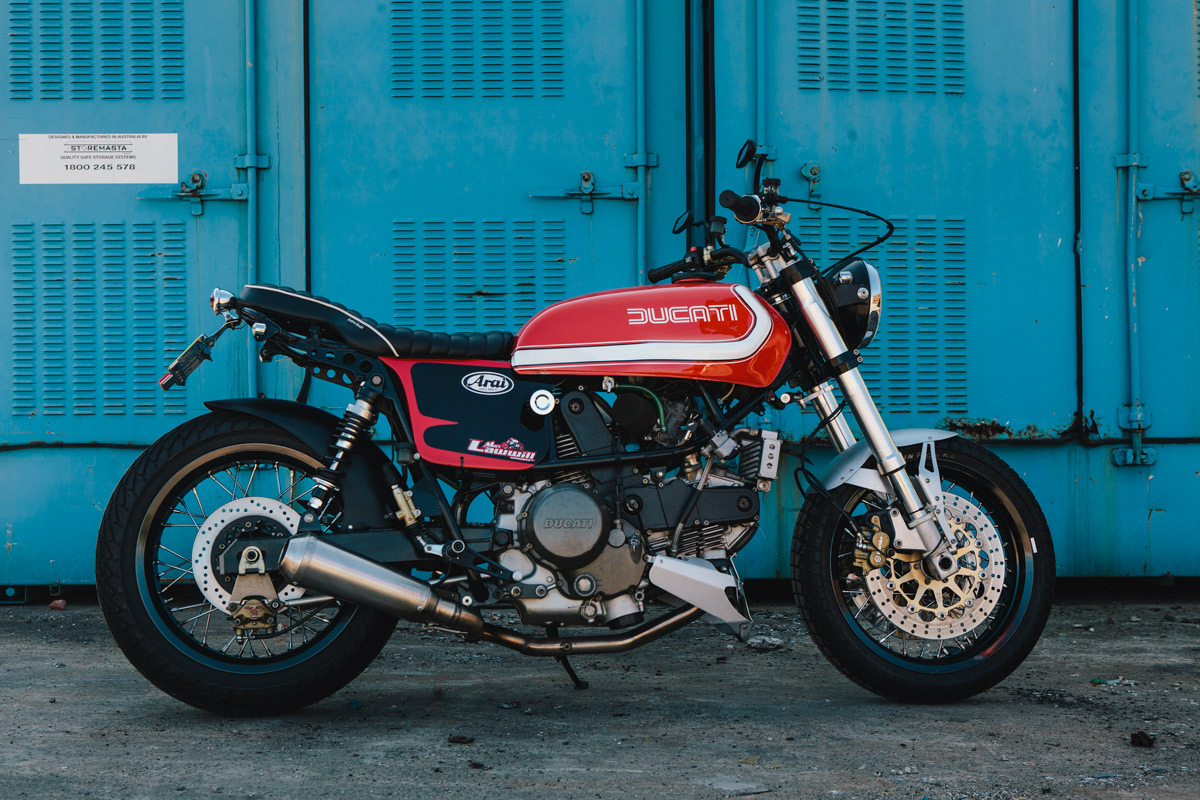 “The trickiest part of the build was fitting the 180 rear; the bike had 120 originally. I found a guy who builds racecars and roll cages to do the job; he had it done in half a day. Then it was finding the centre of the back of the wheels and swing arm, lucky I had previously done this modification on another bike, a Ducati 900ss Superlight, which I used the same wheels. It was easy as moving the bearings and spacers which I kept from the build.”

Perhaps the key piece of this bike is the tank, in original paint scheme straight from the factory. “It took a while to convince the owner to sell it to me and when he did, he said $100! I think it’s the tank that makes the bike stand out, and everyone always comments on it.”

“There are a lot of good people in motorcycling. It’s definitely your mates/friends that makes riding enjoyable. Sometimes I have to force myself to get on the bike to go for a solo ride but with other people and friends, it’s definitely more fun and memorable.”

For the Anime fans out there that noticed the nod to Akira in the title image of this post, well done! We thought the shot was very reminiscent of the 1988 film. 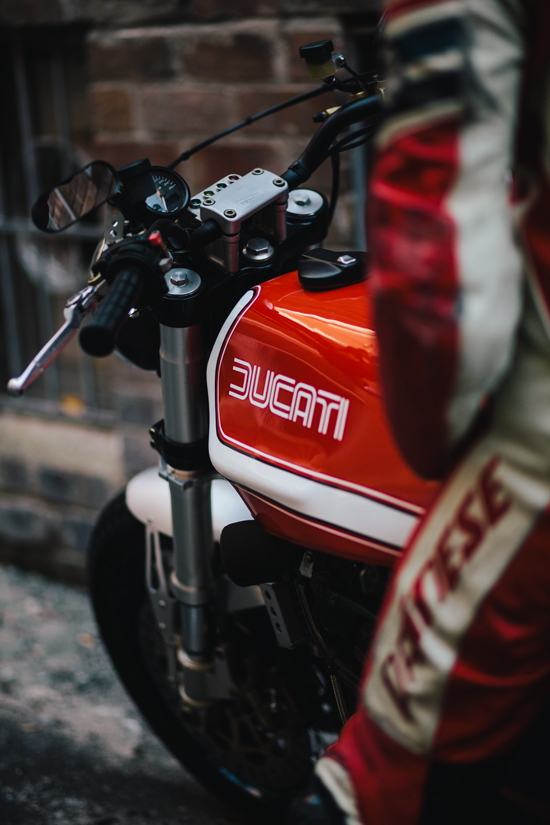 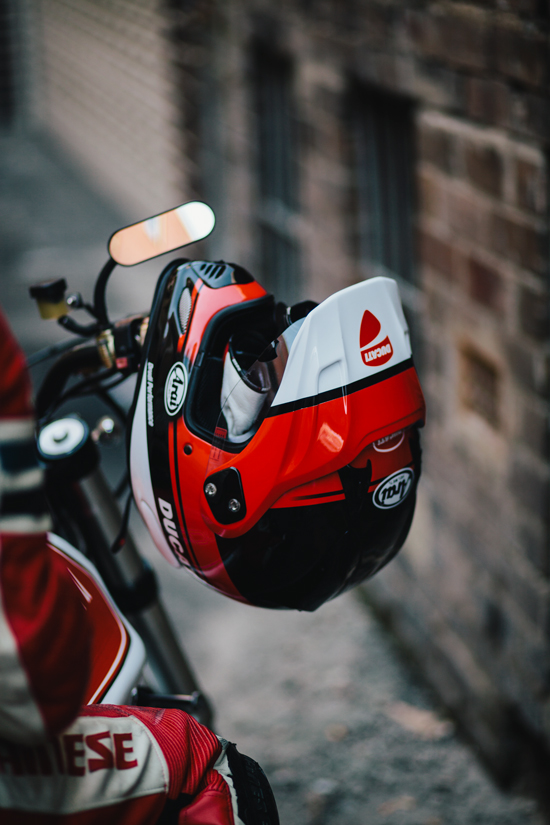 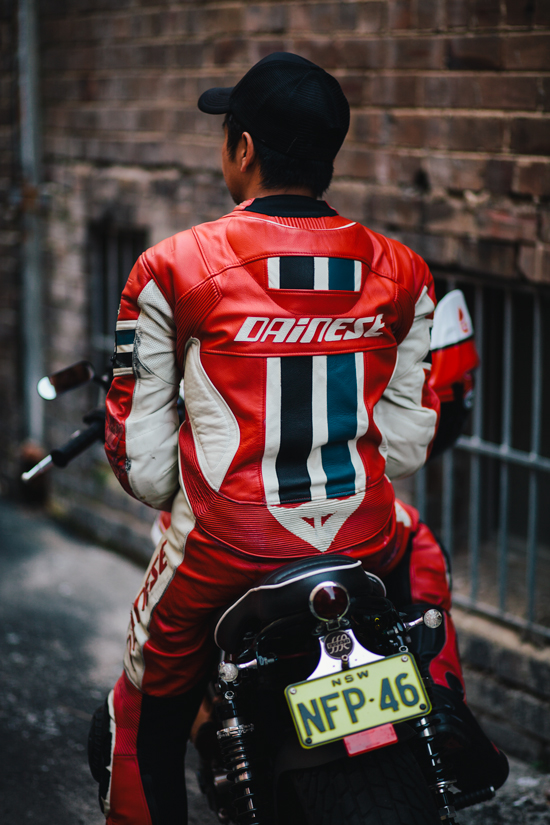 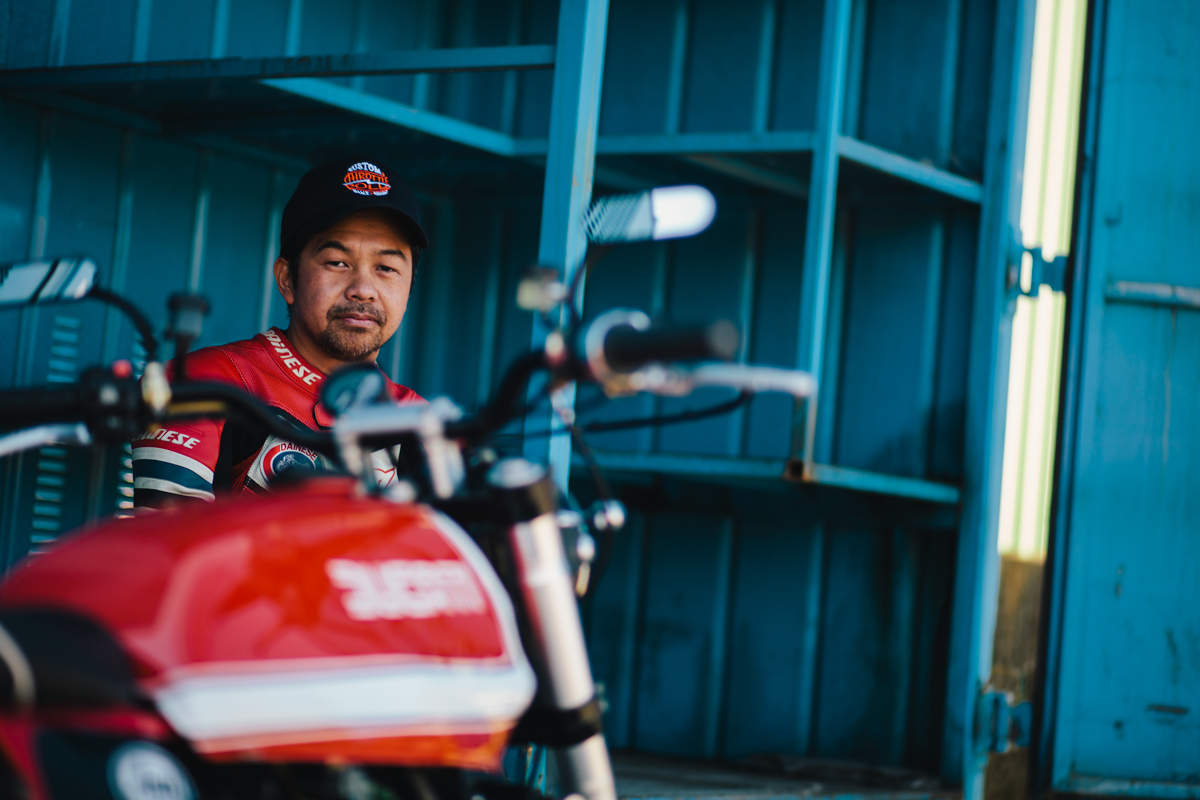 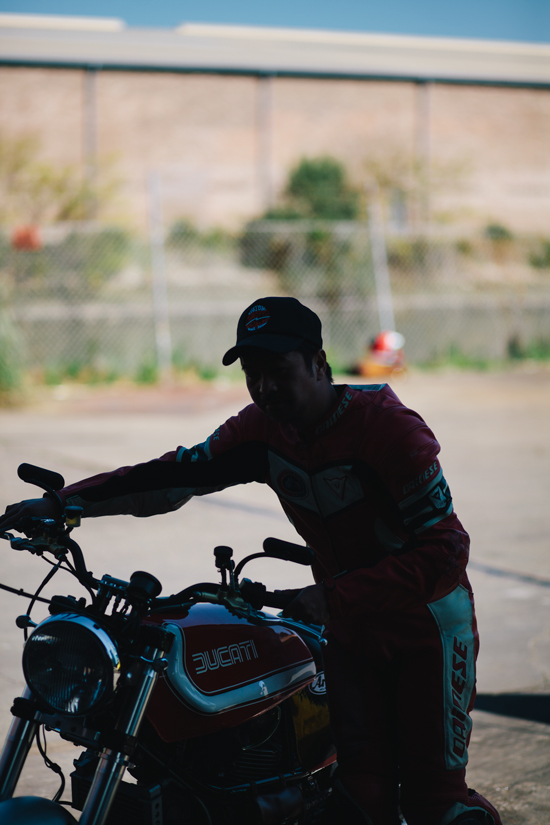 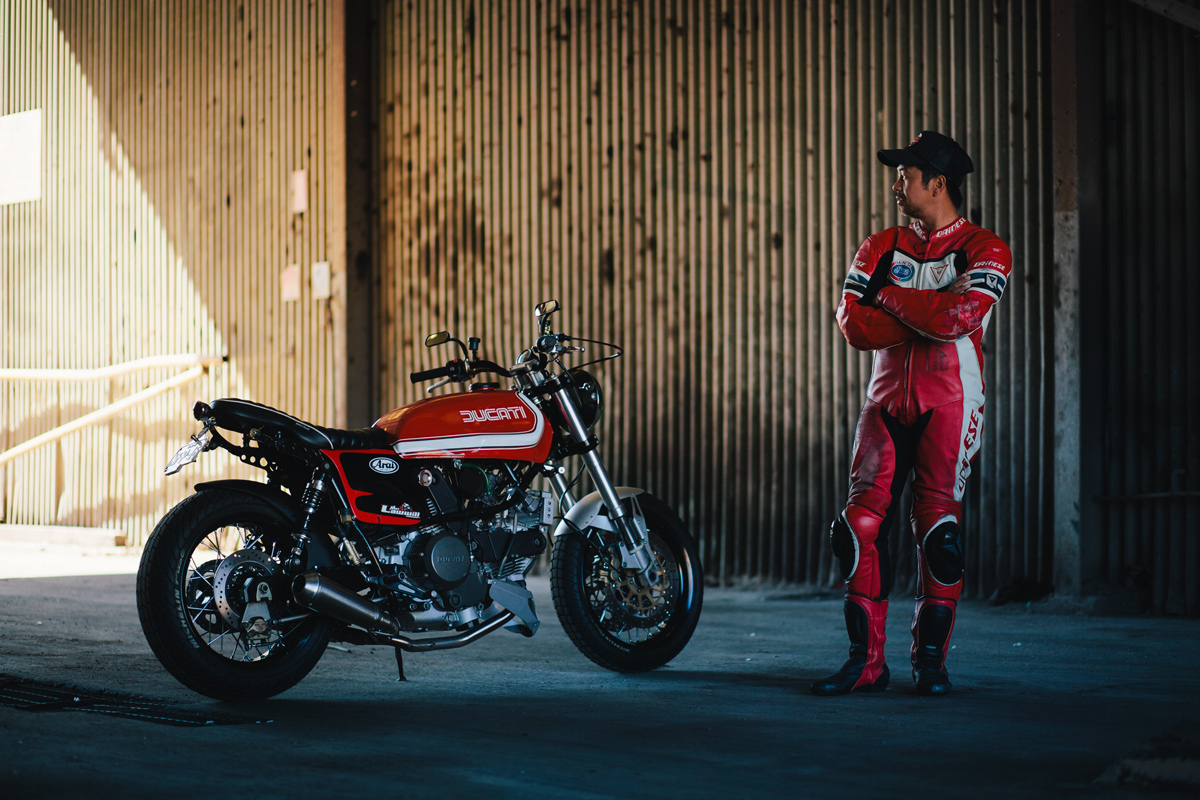 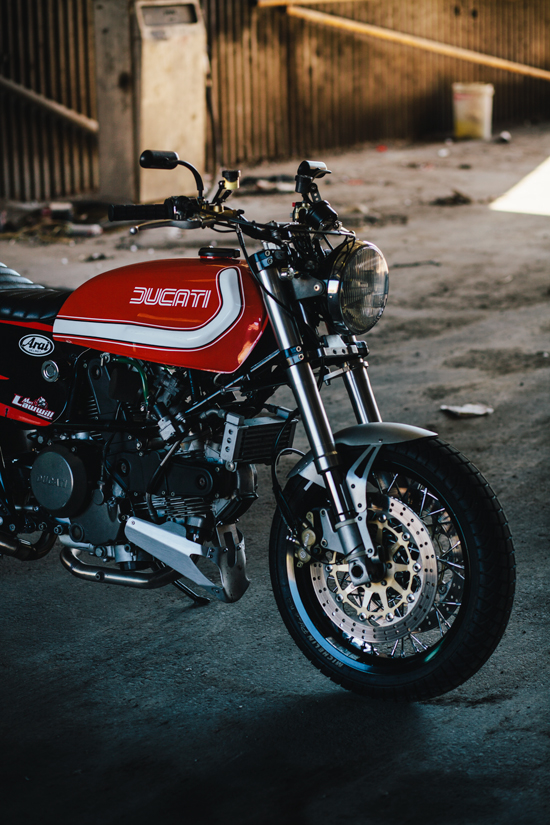 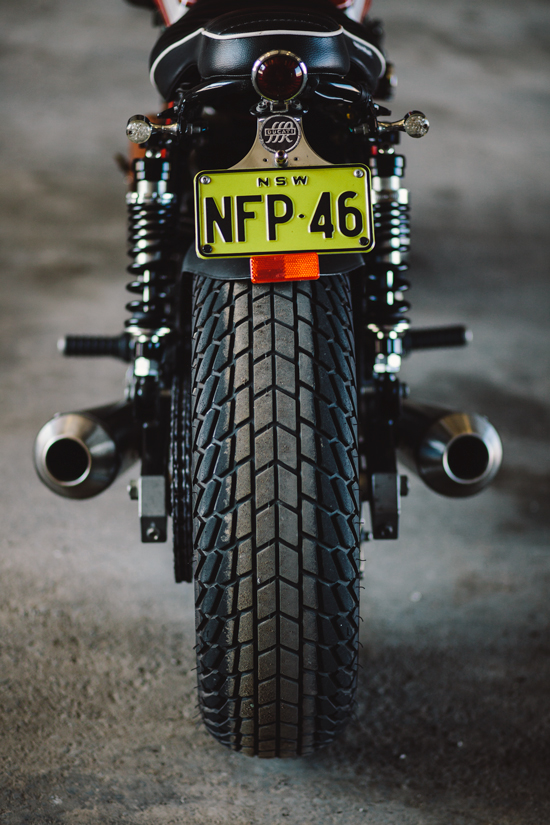 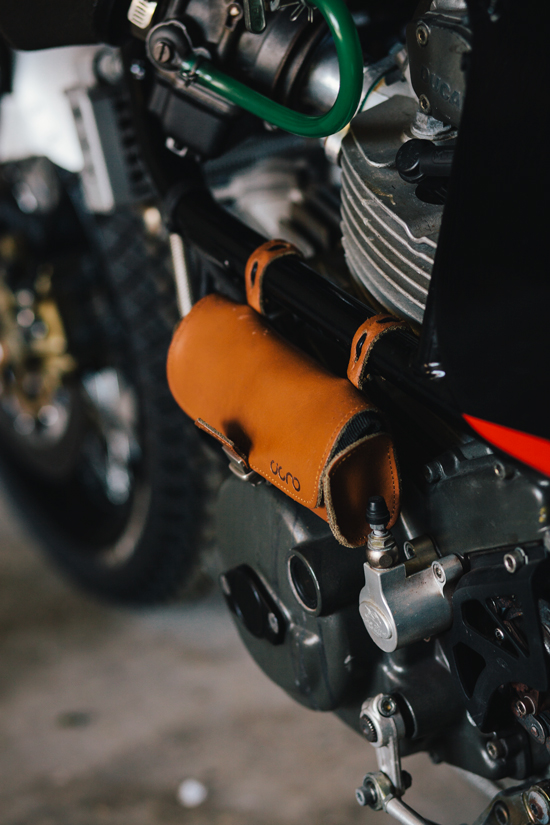 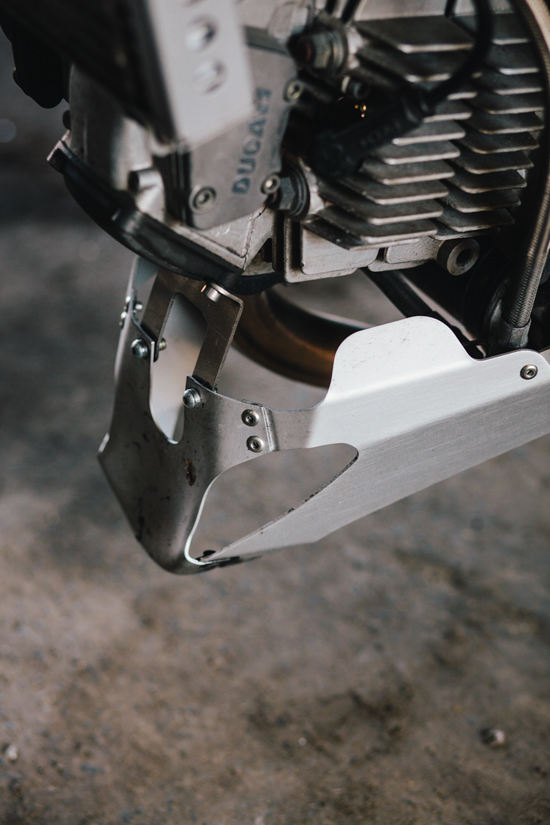 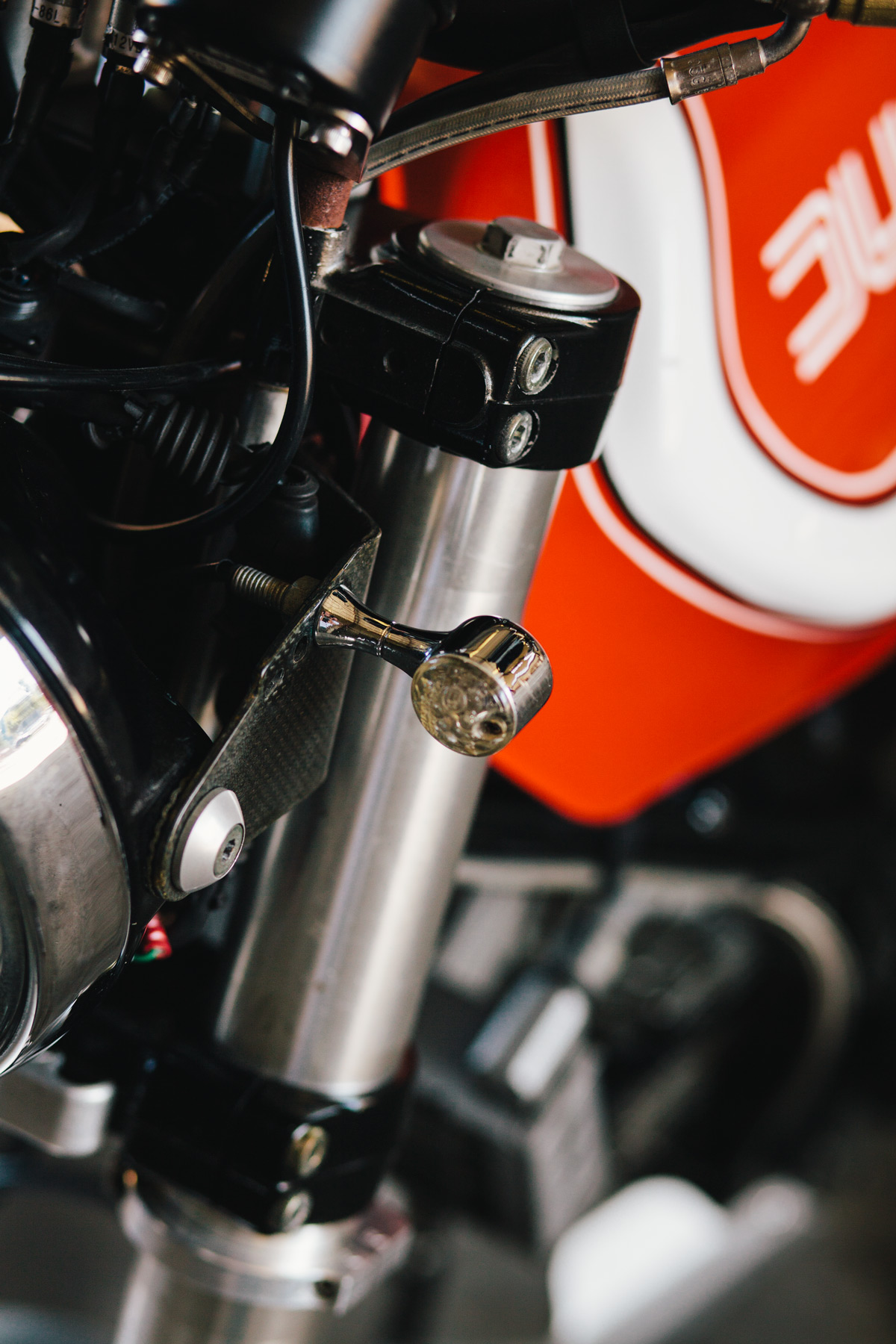 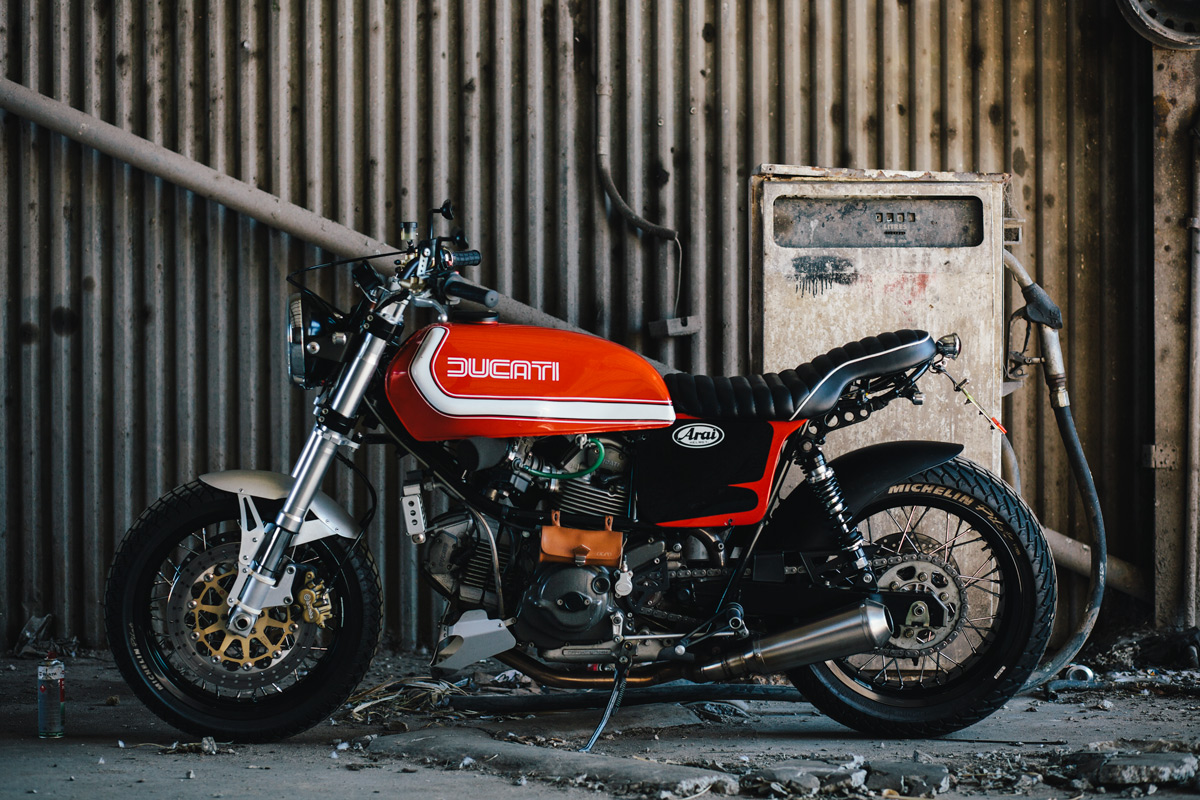 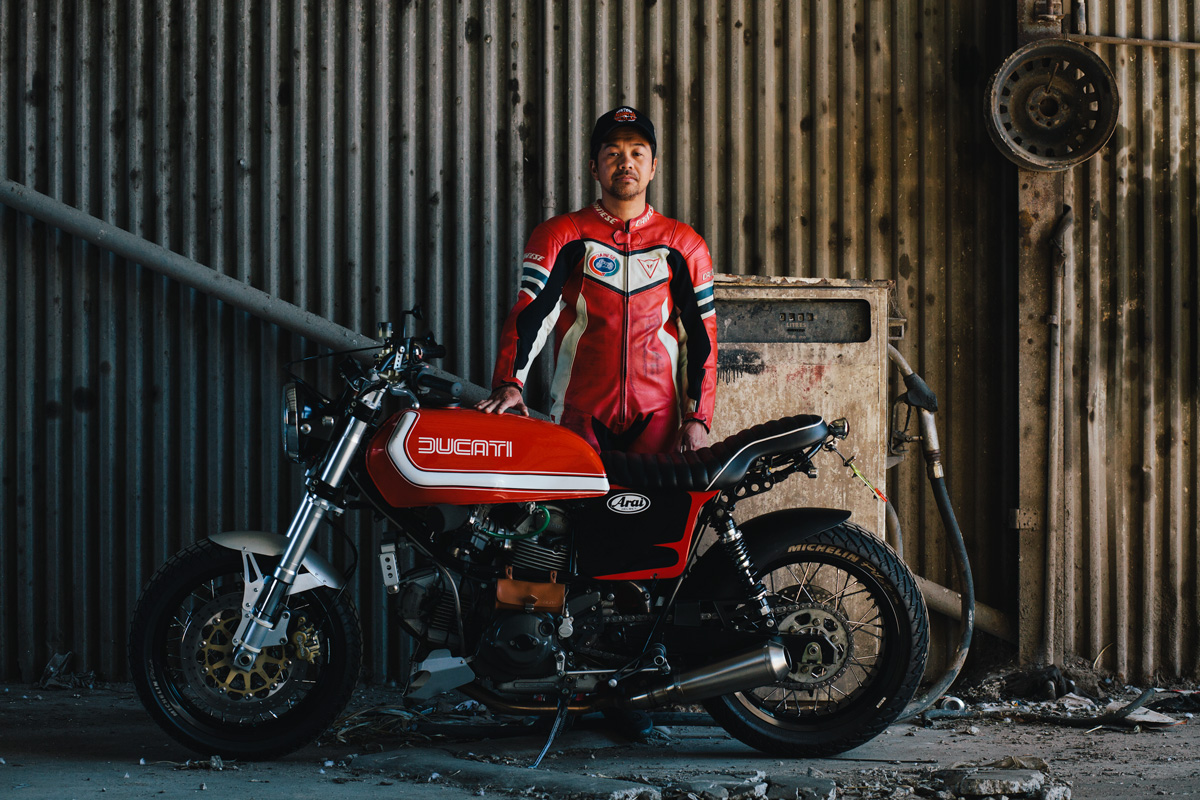 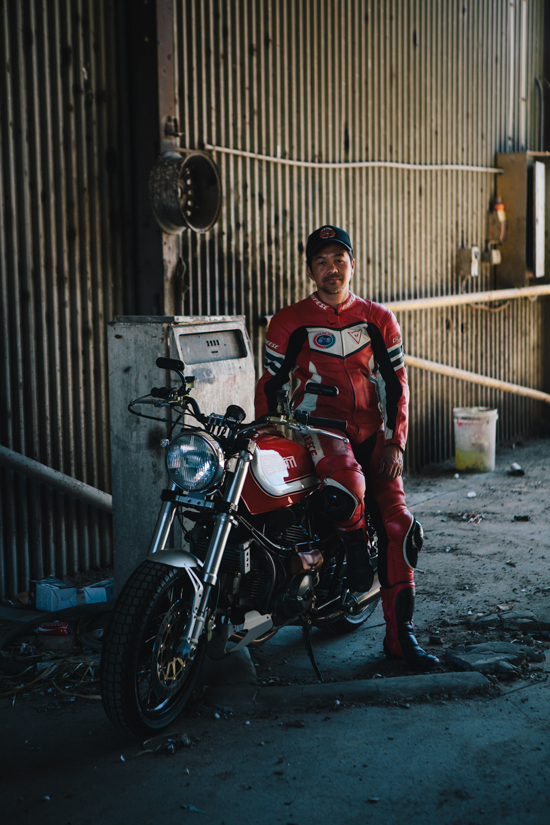 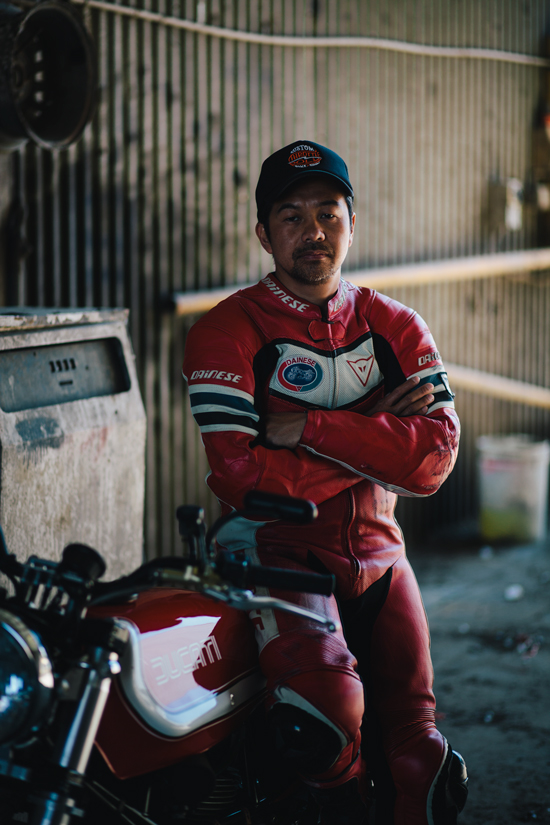 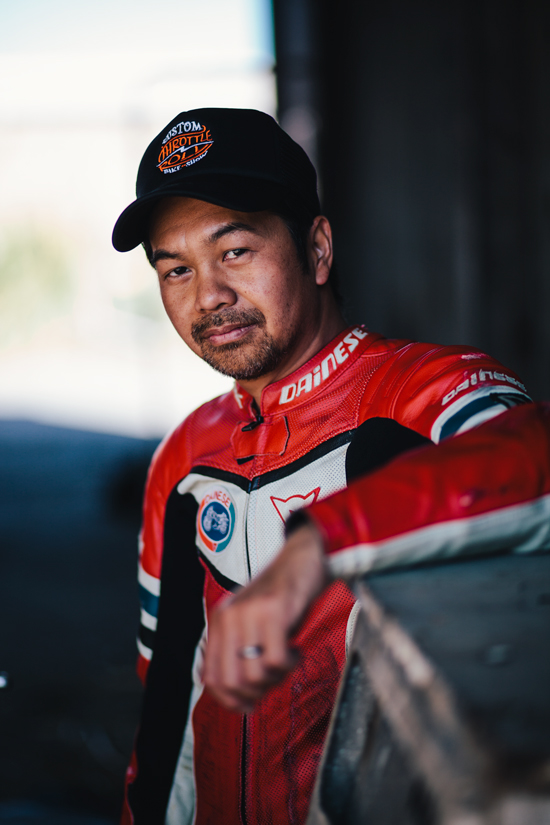 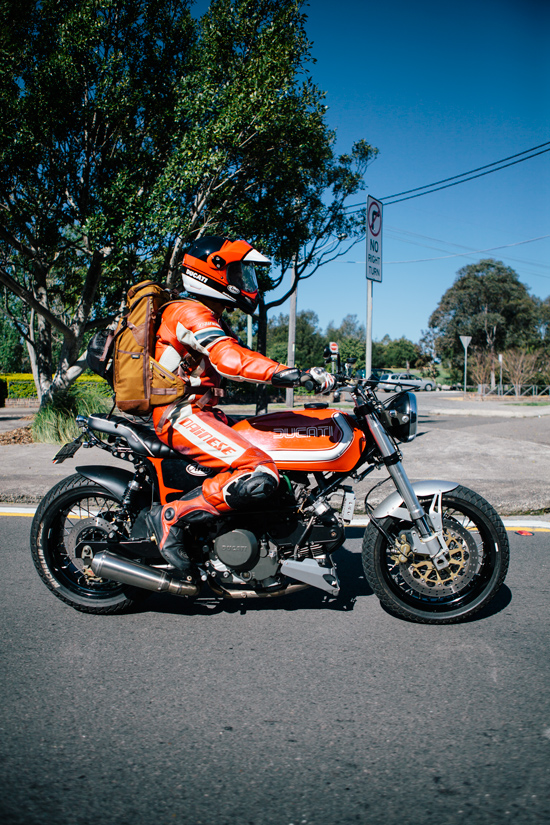