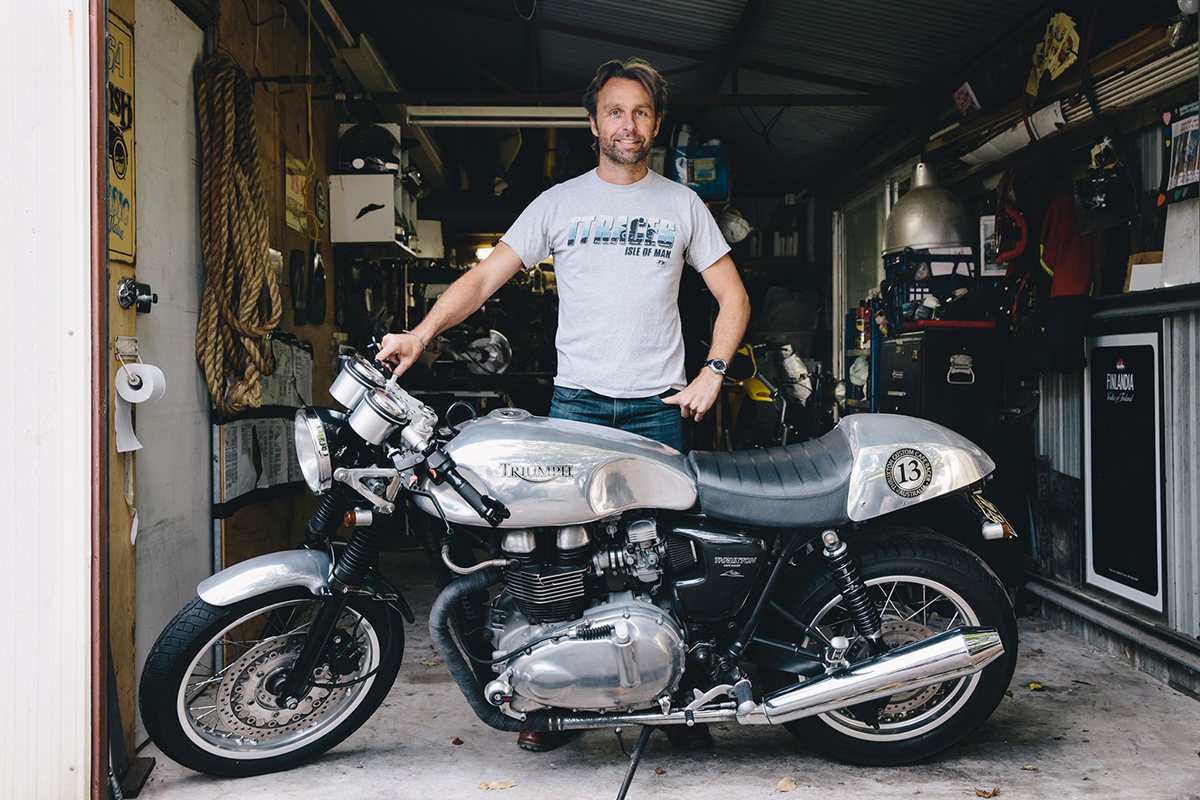 Ian’s Shed is a space that you’ll find him tinkering away on a veritable treasure trove of different projects. From repairing children’s toys, shaping sandstone and welding up new motorbike frames and engine parts. A lot goes on in this place, and a lot of creative machines come out of it. 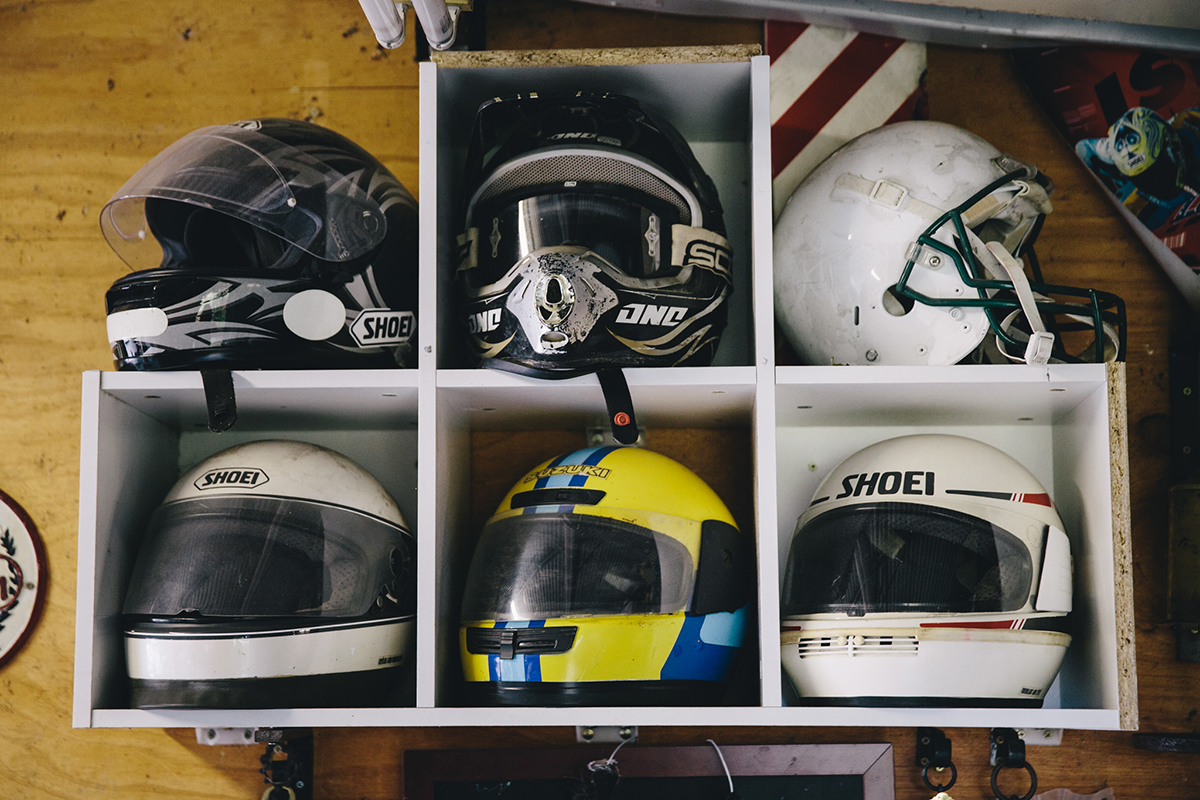 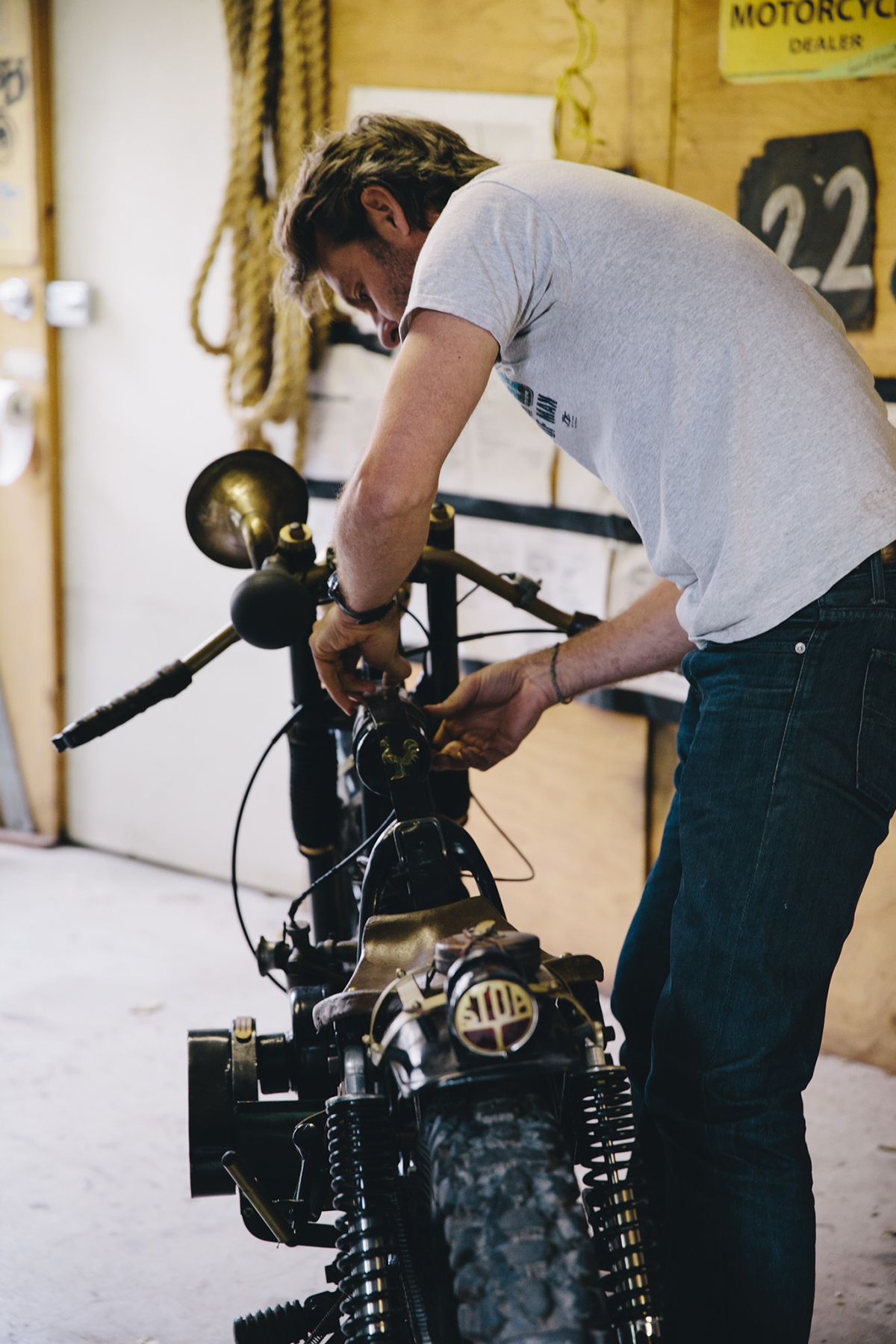 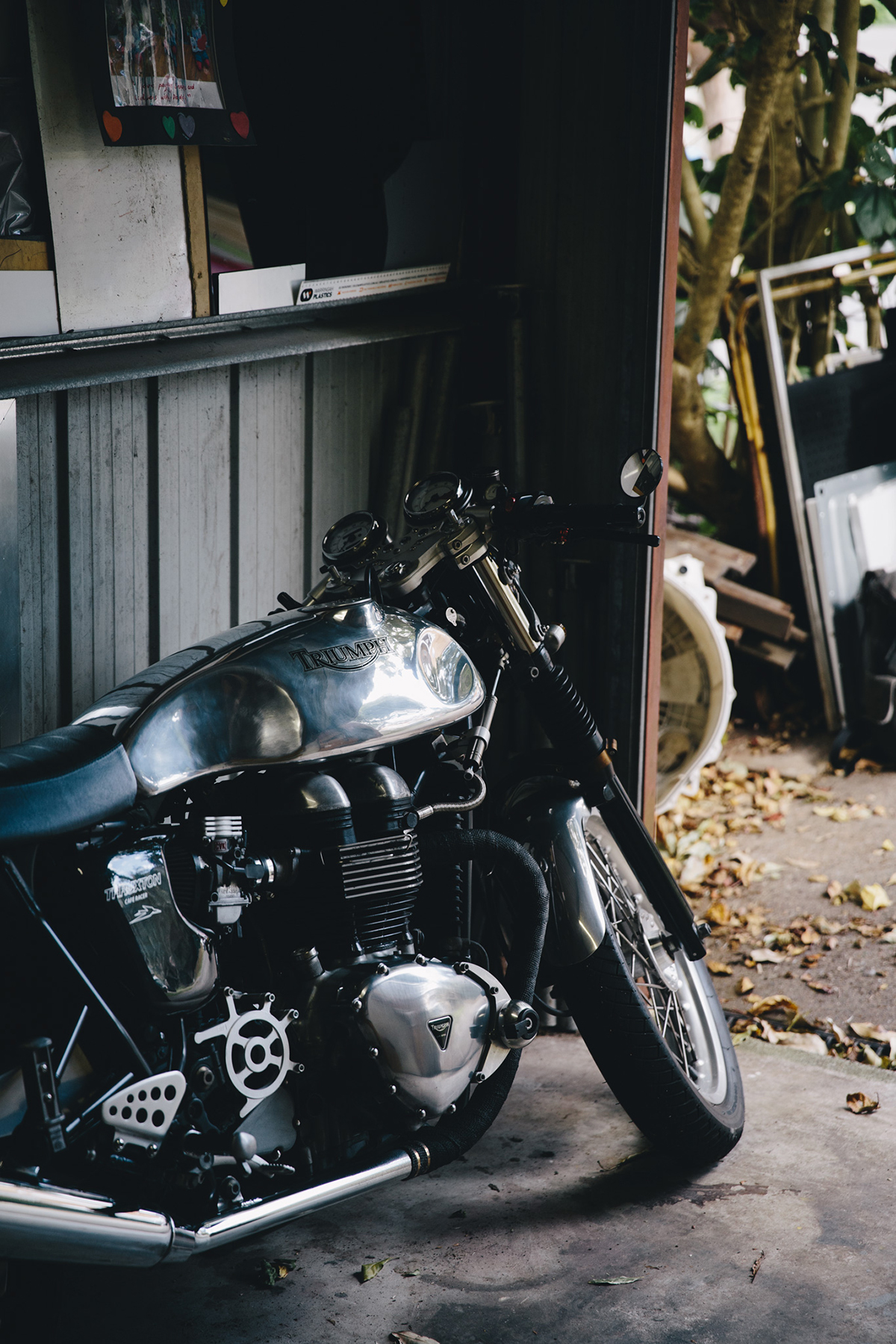 Admittedly, the shed at the moment is being used more as a storeroom for Ian’s machines and parts. Any work that goes on for the time being will first require Tetris-like arranging of objectives to make space for his current project – but there’s certainly no slowing down. “I’ve made structural beams and supports for my house in this space, a small chopper for my daughter, and plenty of bizarre creations made from unwanted objects. I made my first petrol tank, frame, and suspension in the shed – every time I tried to make something from a sketch I’d learn something new.” 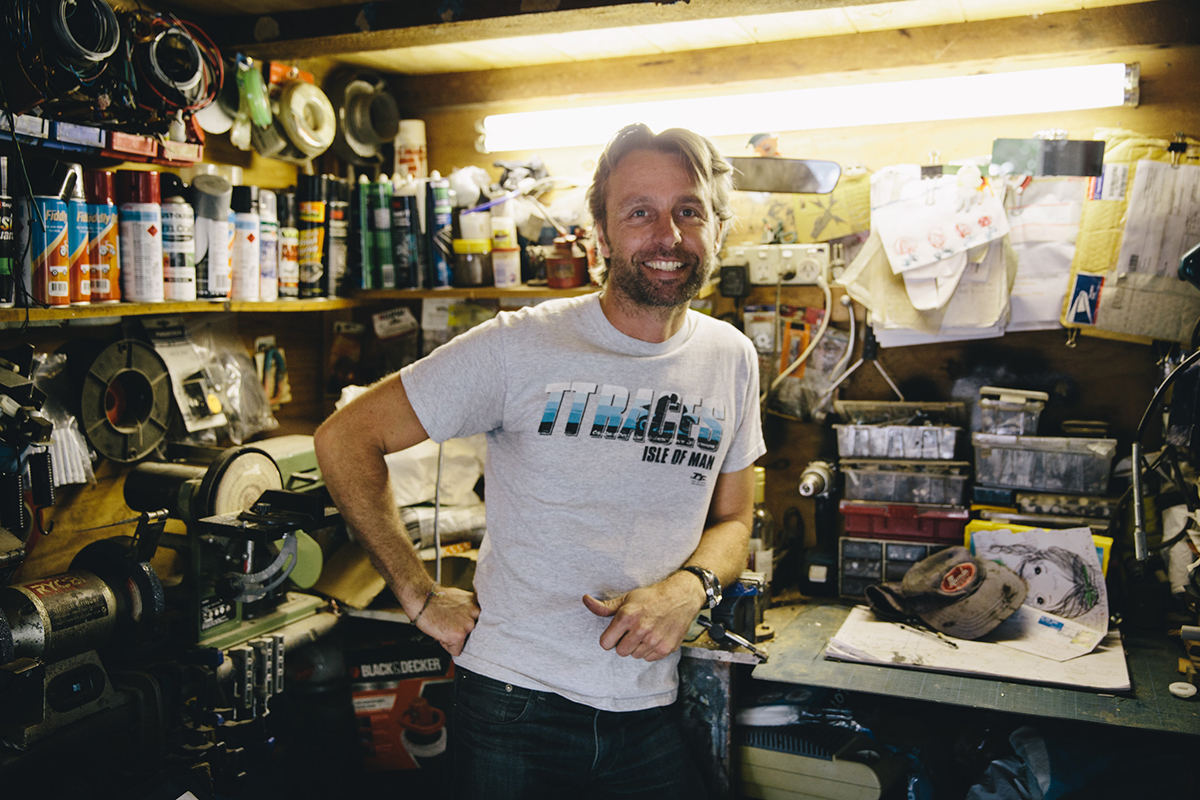 Being an industrial designer lends Ian plenty of know-how in pulling apart machines and creating new ones. You’ll be scarce to find anything that he can’t fix or find a solution to. It should also be noted that on our visit he was on the phone to LG about a broken washing machine he owned, whose key parts were not up to design standard. Thus he would receive a new machine – and he would be forever our designated washing machine repairman. “I can always make something work – it may not be the orthodox method, but in the end I can make it, fix it and have fun. In business there are frustrations, and I can exorcise these demons in my workshop. I would like most things to be reusable and built to last, it really doesn’t take must more effort or money to make something reusable and NOT disposable! So my shed sees me sketch out ideas that come to life in an almost organic way – never exactly as planned!” 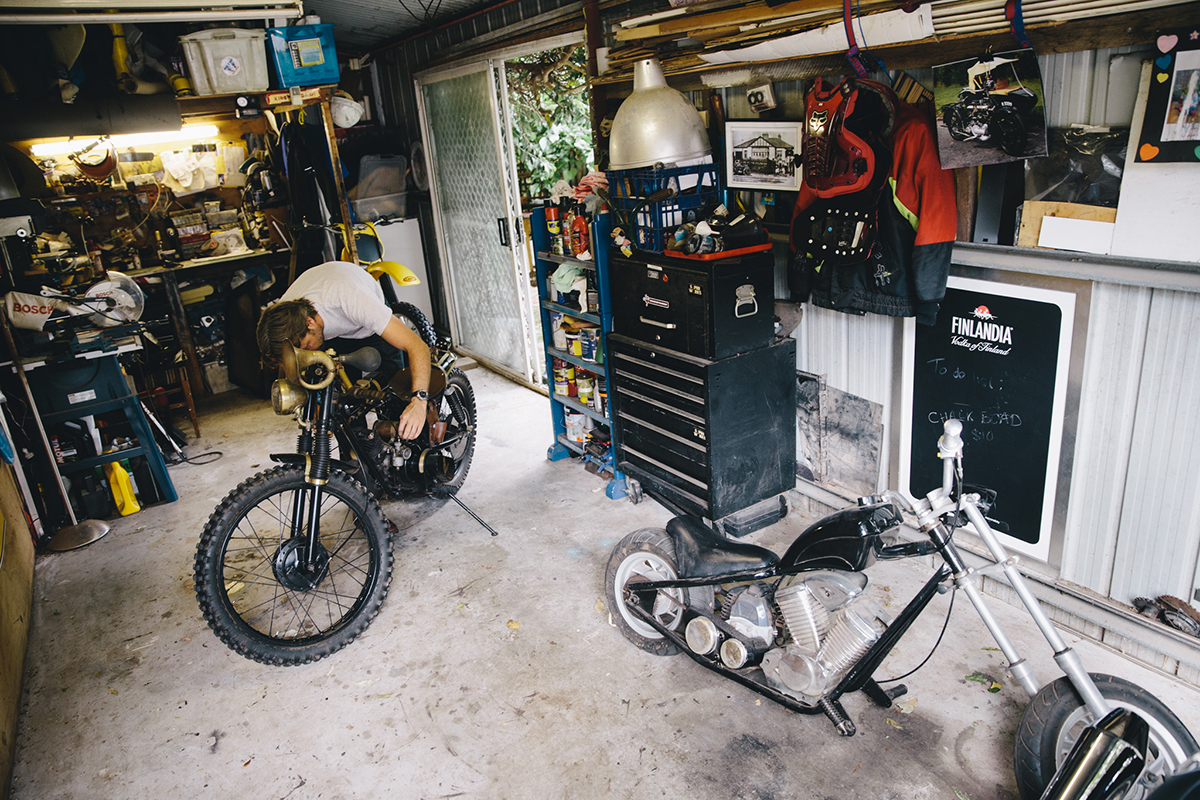 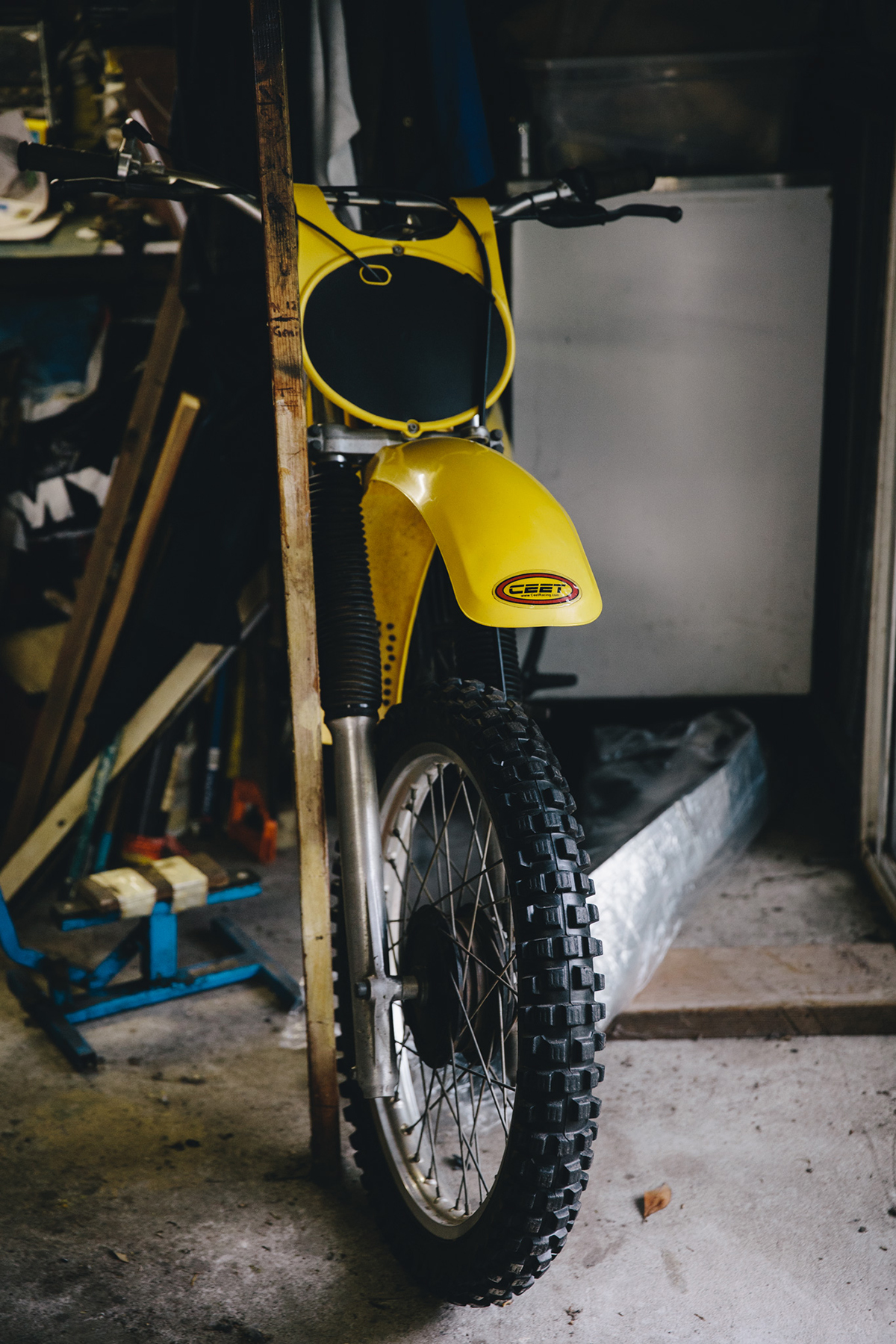 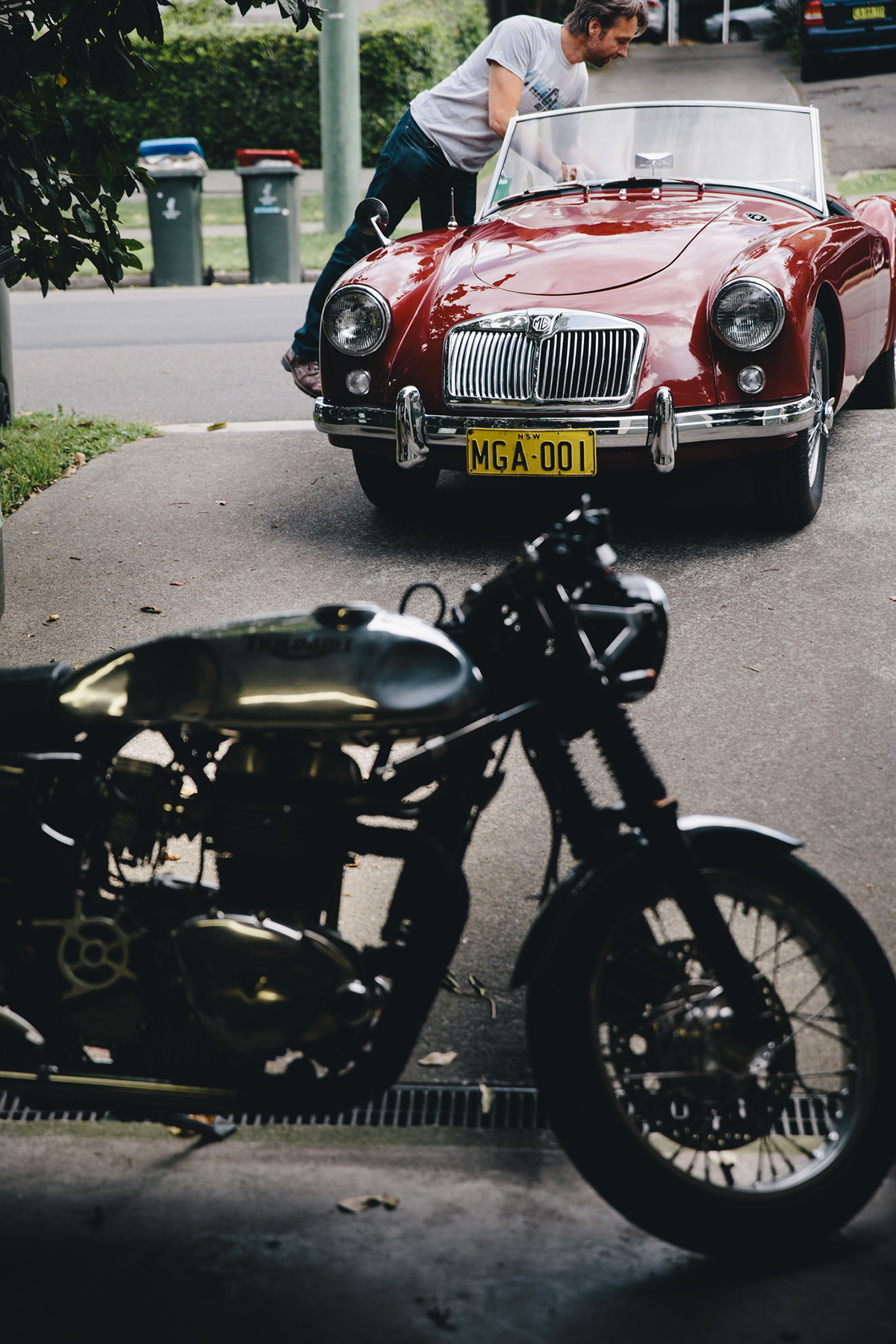 At the moment, the roll call of fantastical machines in Ian’s shed includes a red 1956 MGA, a 1979 RM 125cc 2-stroke (that’s been ridden at every Aftershock), a 2005 Triumph Thruxton that Ian made parts for to give it that manx look from the 60’s, a 1930’s crank handle start Villiers Lawn Racer – made from a council throw out lawnmower & dirt bike frame (more on that another time…) and finally the Roberts Rapide, a homage to the early 1900’s board trackers, made from parts of the Villiers lawn mower and a ‘50’s one – with an old 28cc engine in an old cruiser bicycle. A truly eclectic mix of machines that are a sincere representation of Ian’s personality and ethos. 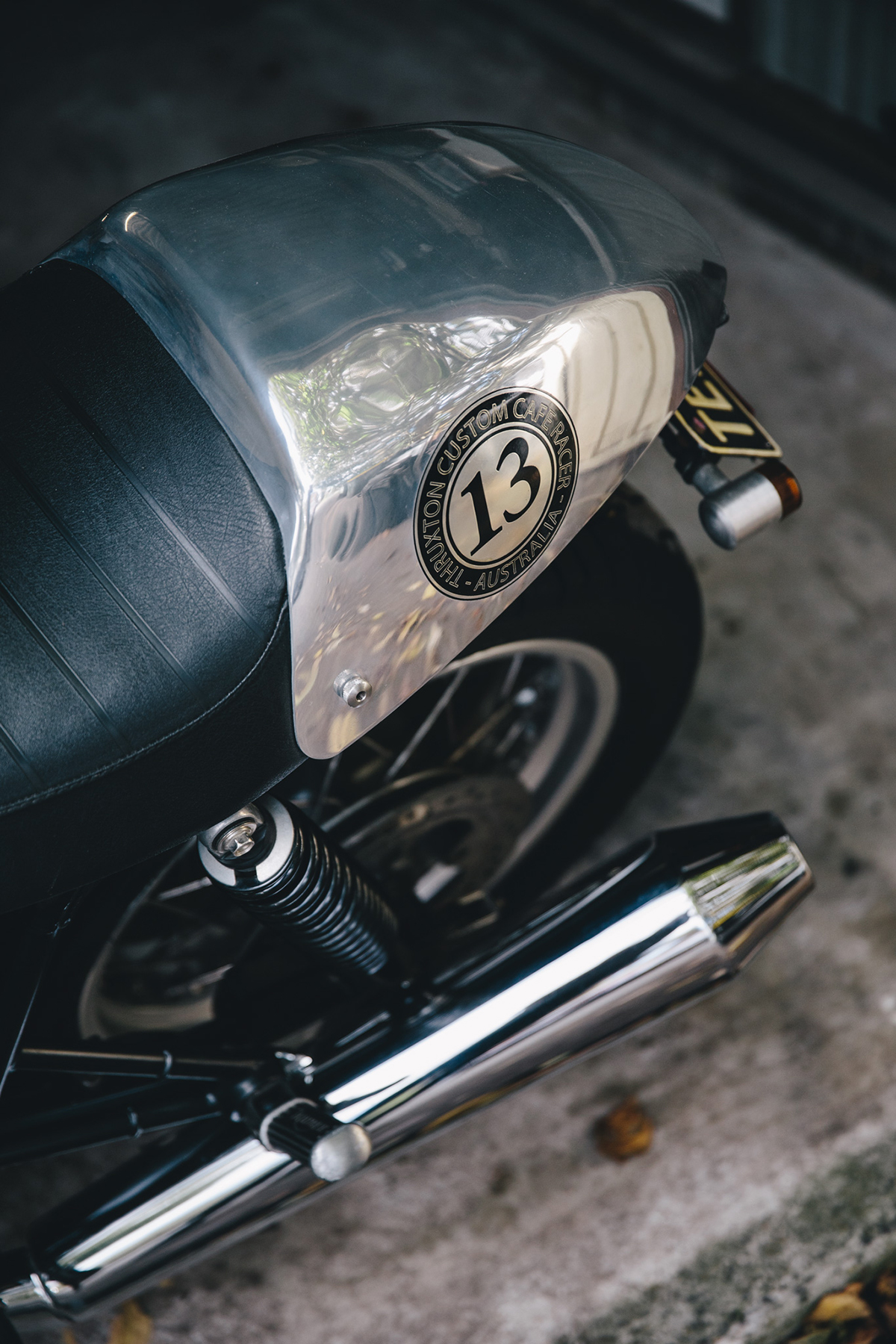 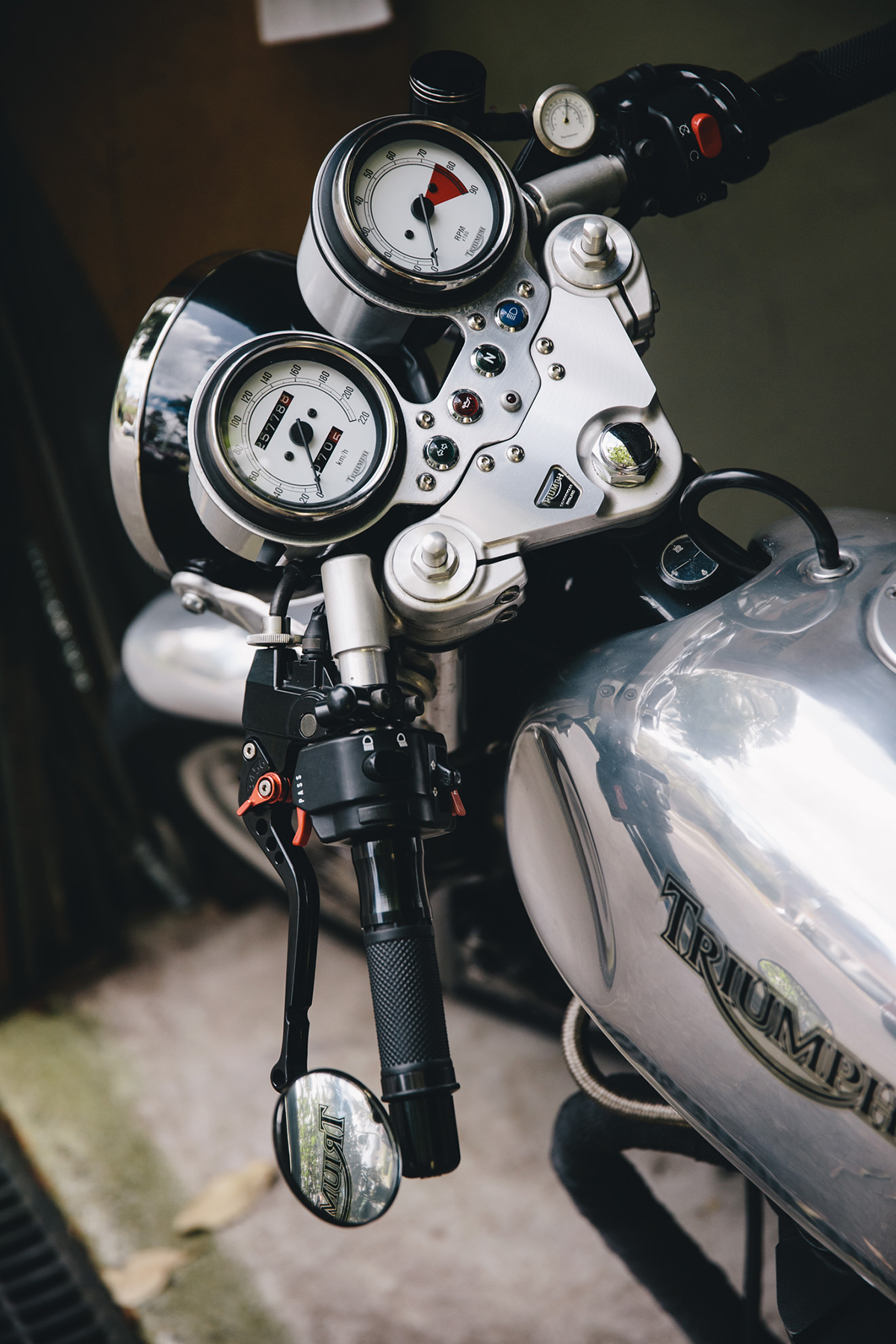 “Welding and grinding steel is always interesting in the shed. I once set light to steel wool while grinding back the petrol tank, and the welder has singed a few body parts! The shed is a sanctuary where I forget about my day job as a commercial designer and immerse myself in hands on problem solving, and making armed always with a cuppa and my flat cap! That shed keeps me grounded and I always feel like my forbears can see into my world there. Engineers, wheel rights, carpenters and makers have always been in the family through generations both male & female – that makes me want to keep on using discarded materials to make new machines. I always re-use materials as an ethical and sustainable process for my tinkering – plus its cheap, with the few $’s I spend being on paint and welding rods!” 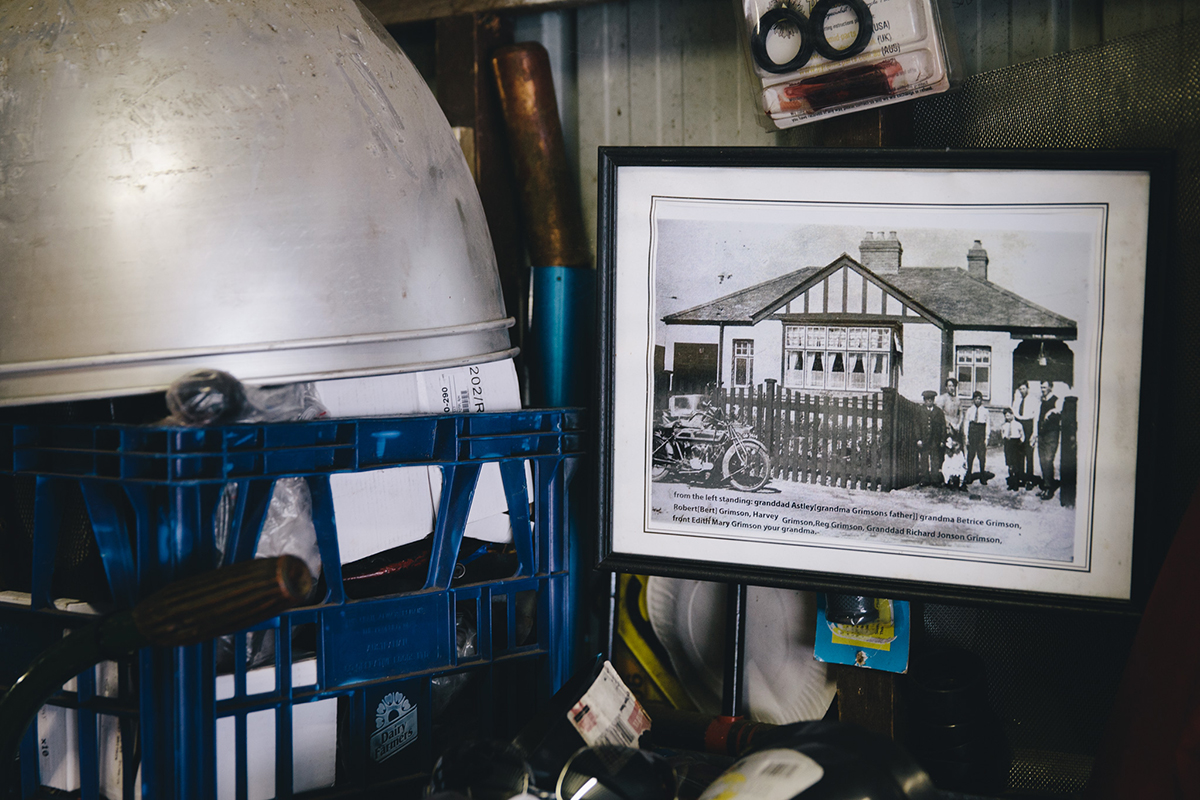 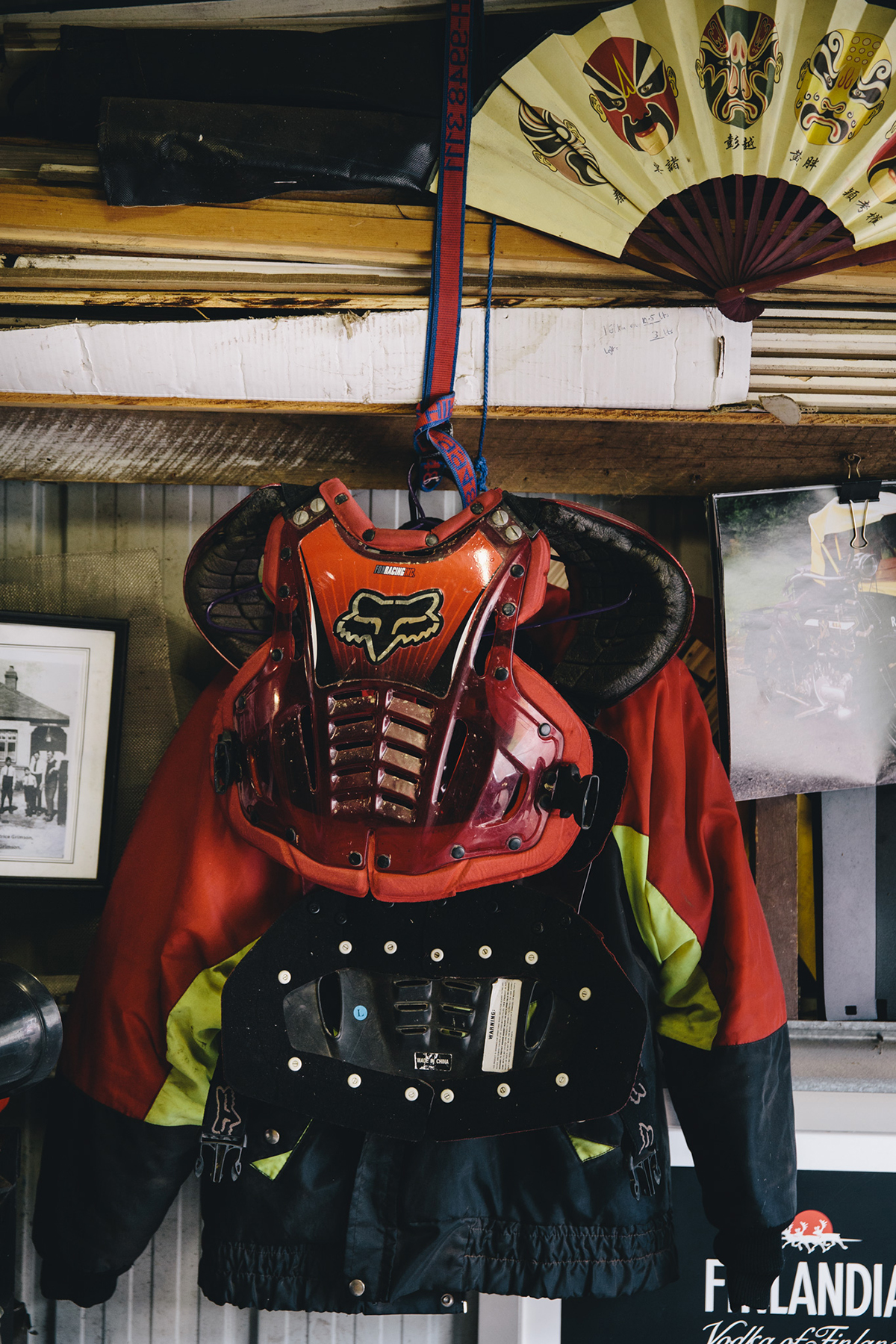 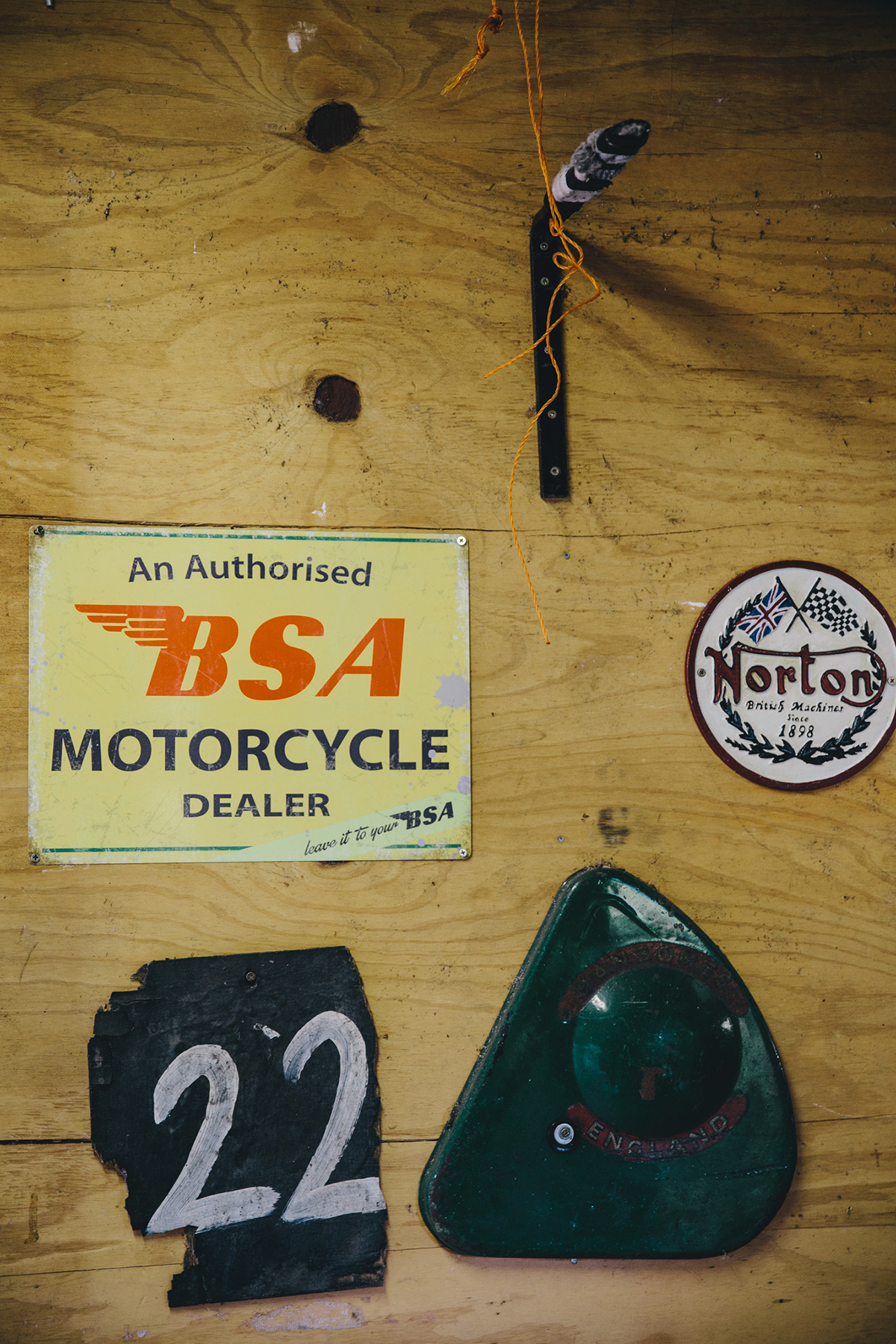 “I will always try and have the mechanics and overall look worked out at the sketch stage of a project, with plenty of wiggle room for detail and no strict deadline.

When I see older machines that anyone can figure out how they work by looking at them, it inspires me to fix and make.
If I can make something that I think is cool and interesting from “junk” and other people think is interesting and worth using, it turns the junk into treasure that can amuse, inspire and illustrate the possibilities of “up cycling”.” 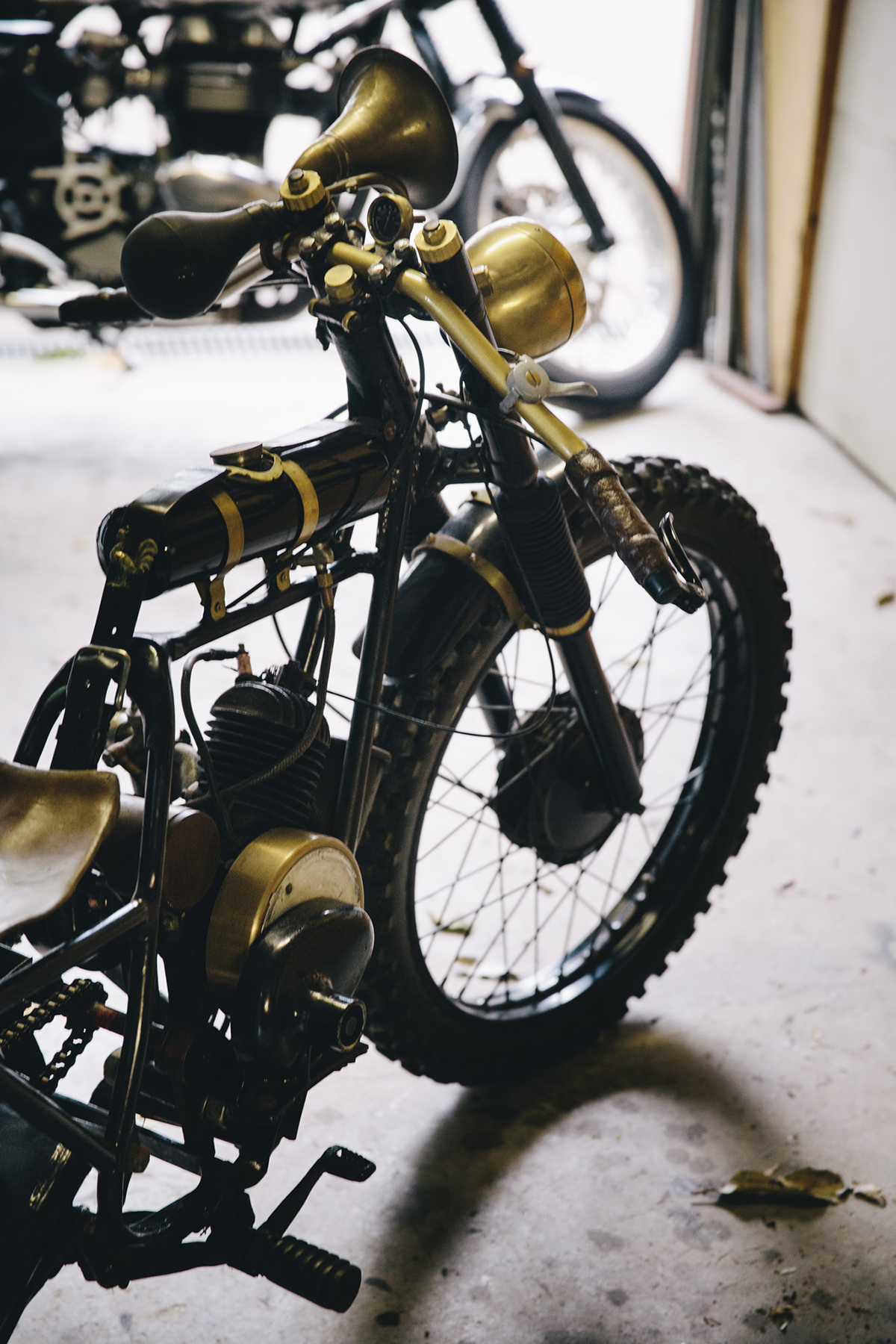 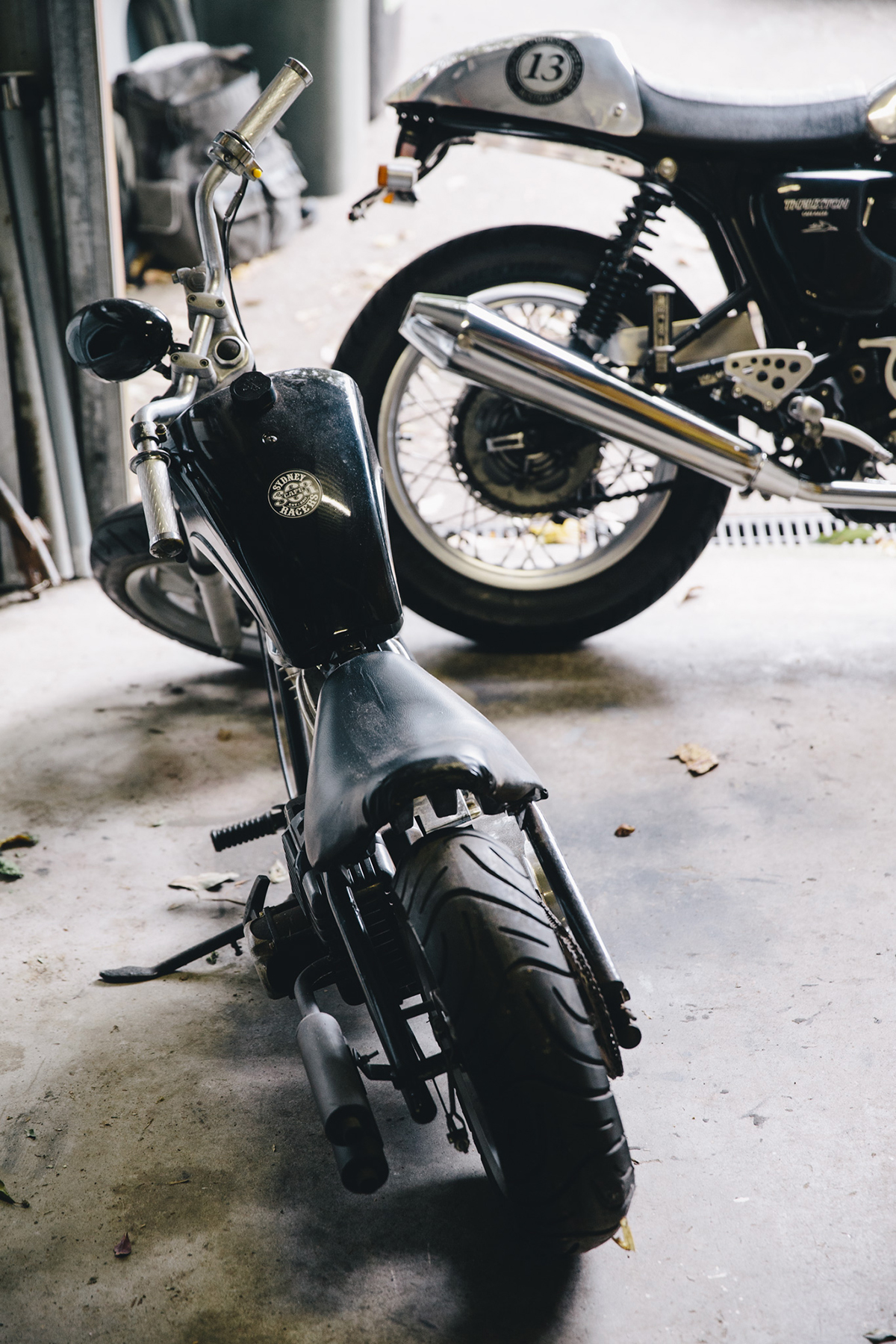 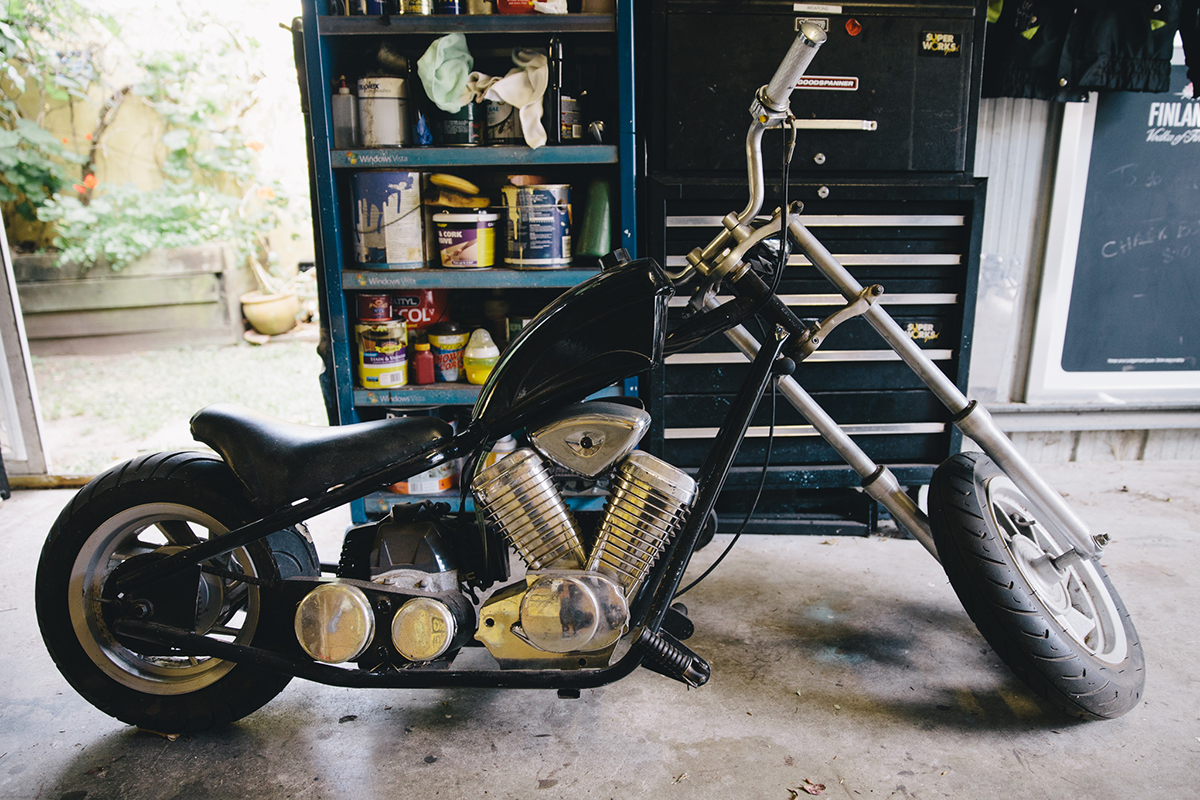