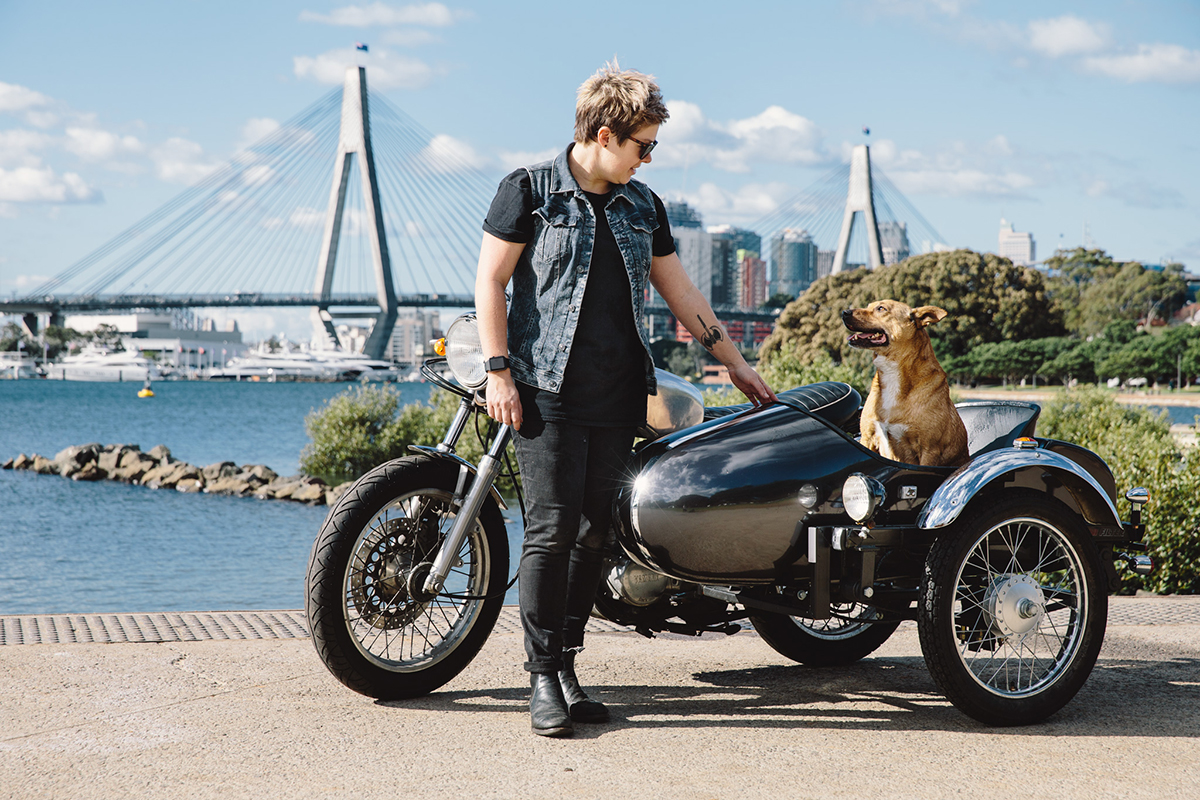 After Kal joined the motorcycling world and started riding more and more, he soon noticed one problem; his faithful four-legged friend, Tav, was missing out on his adventures on these two-wheeled contraptions. The solution? Add an extra wheel and a sidecar – and Kal soon found the process to do this would be an adventure in itself. 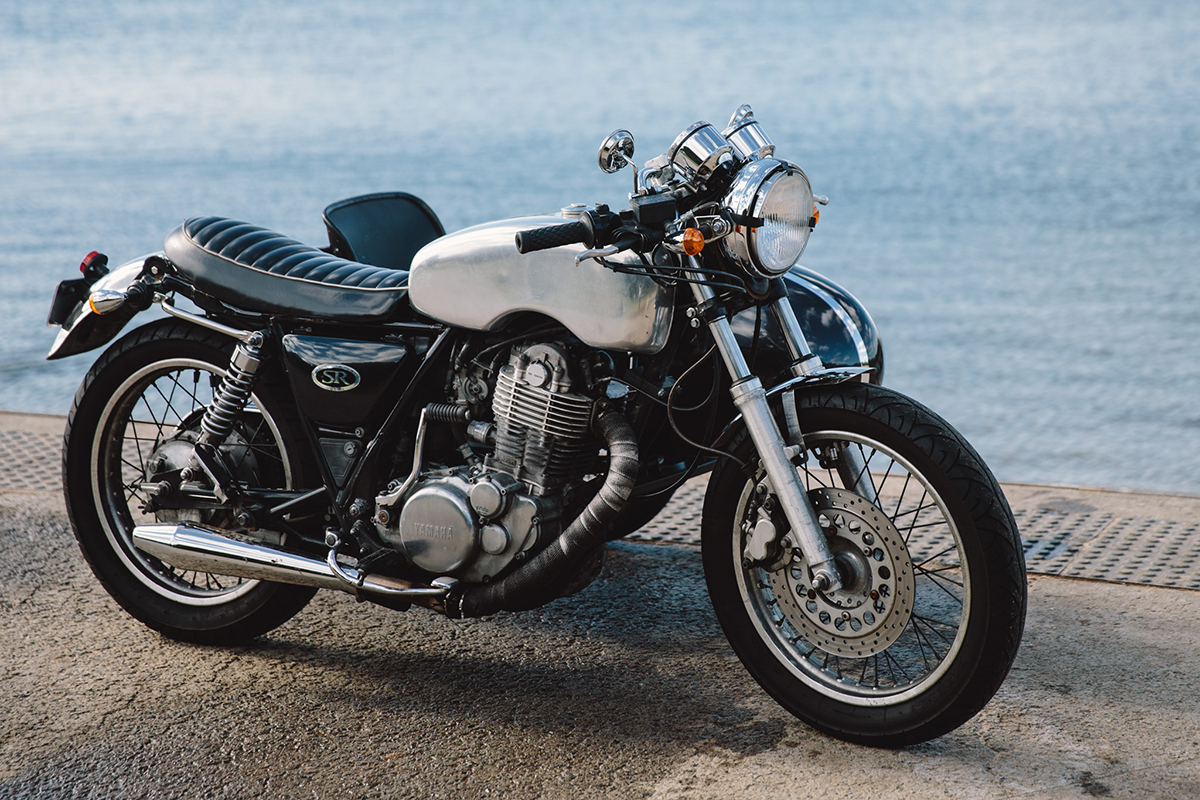 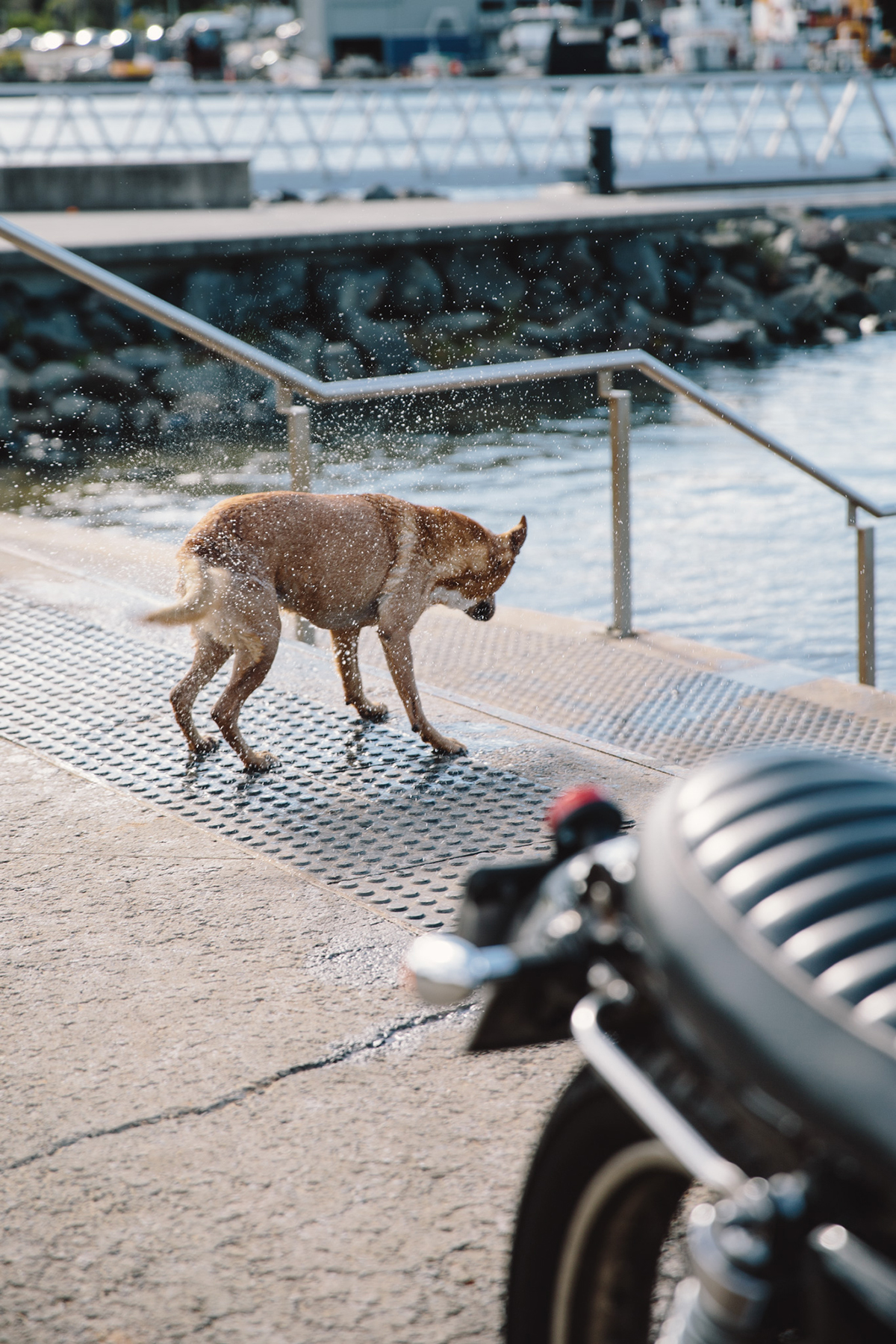 You may recognise Kal  and Tav from when we visited their abode earlier – well now they’re back and they’ve taken us along for a ride to have a small look at the adventures that this pair go on together. Kal is the kind of spirit to always want to go on adventures and explore, and so getting himself a motorcycle only enriched this part of him life as he began to take all those experiences to another level. 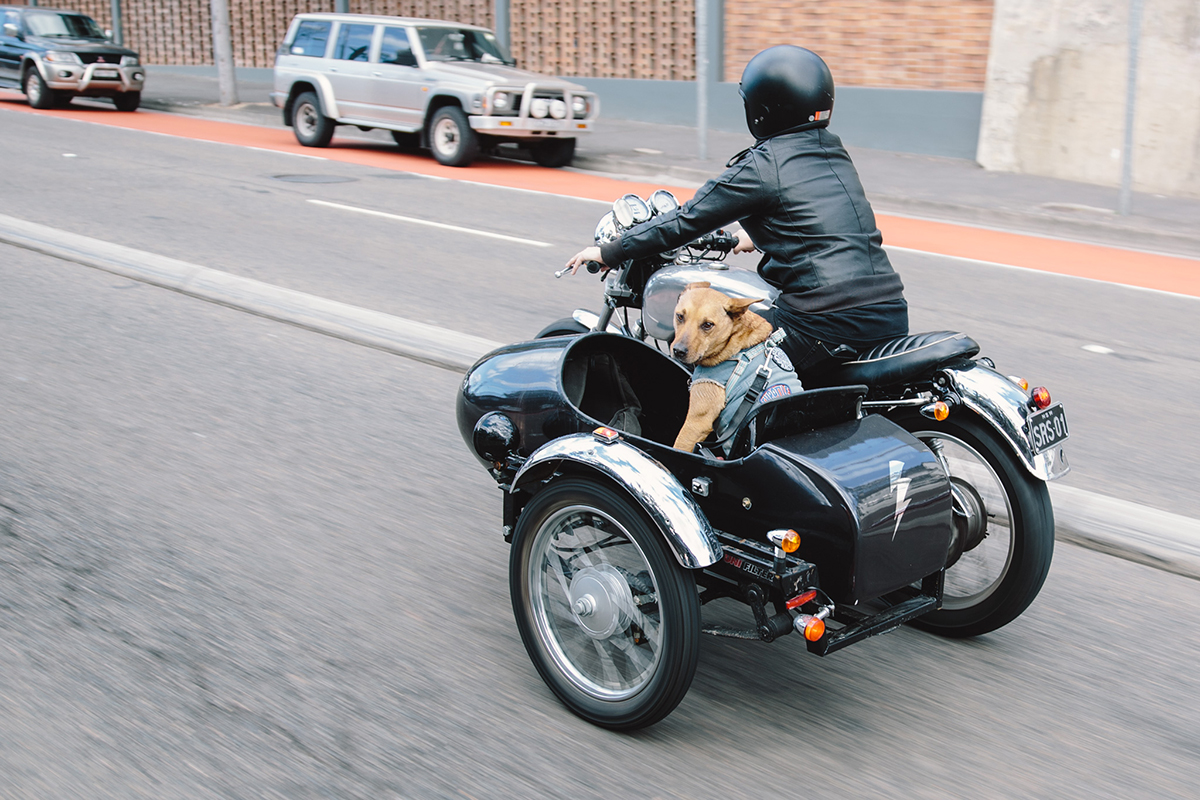 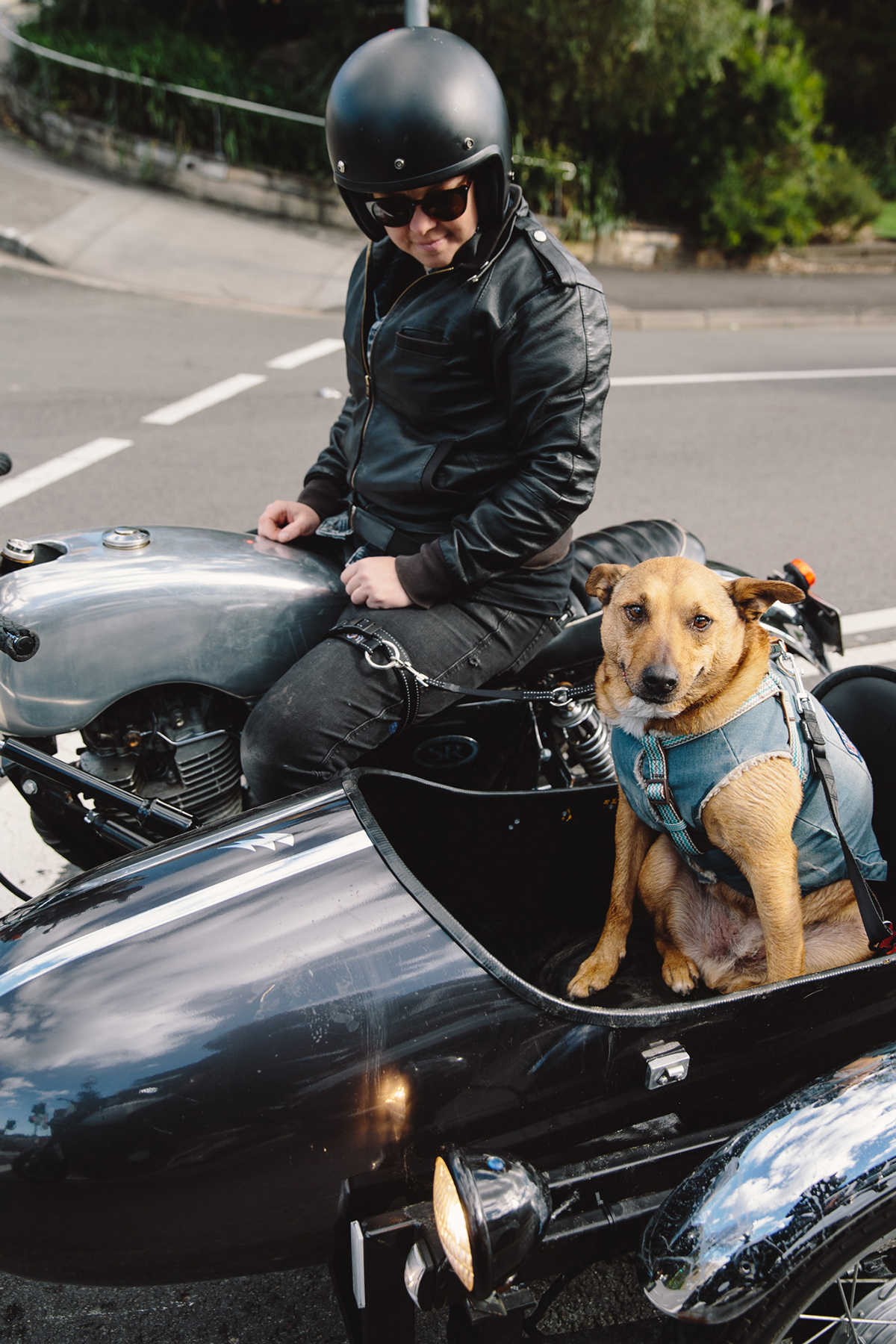 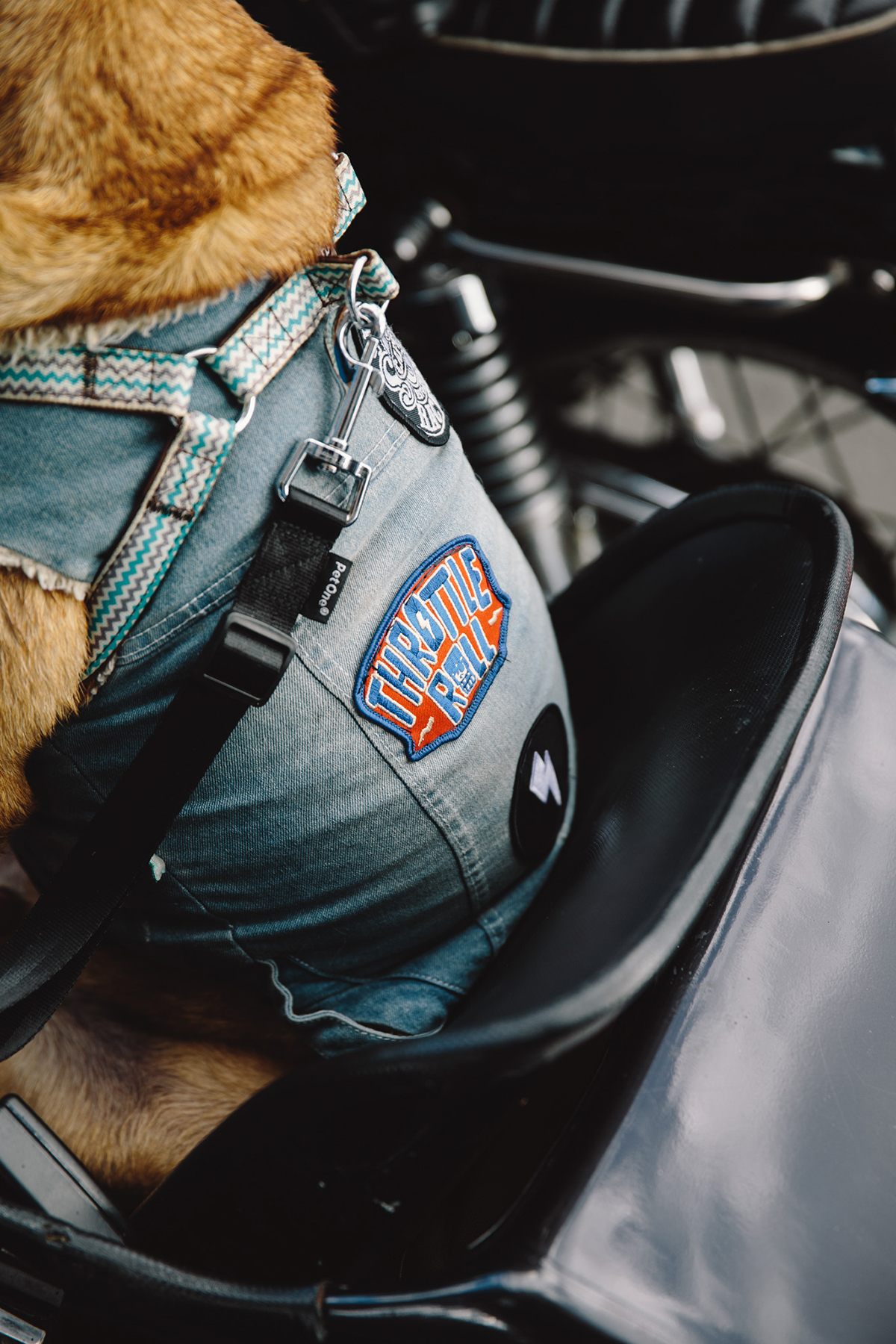 His machine of choice for adventuring about would be a 2001 Yamaha SR400, named ‘PJ’ or as Kal most commonly refers to as ‘The Massive Jerk!’ “I’ve had the bike for just over two years, it was a present to myself after passing my P’s test – although the bike and I didn’t get off to the best start. One of the first times I rode the bike, I broke some ribs trying to kick start it! It’s been on the back of a truck more times than I can count, but it was love at first sight! I didn’t even know what a café racer was back then.” 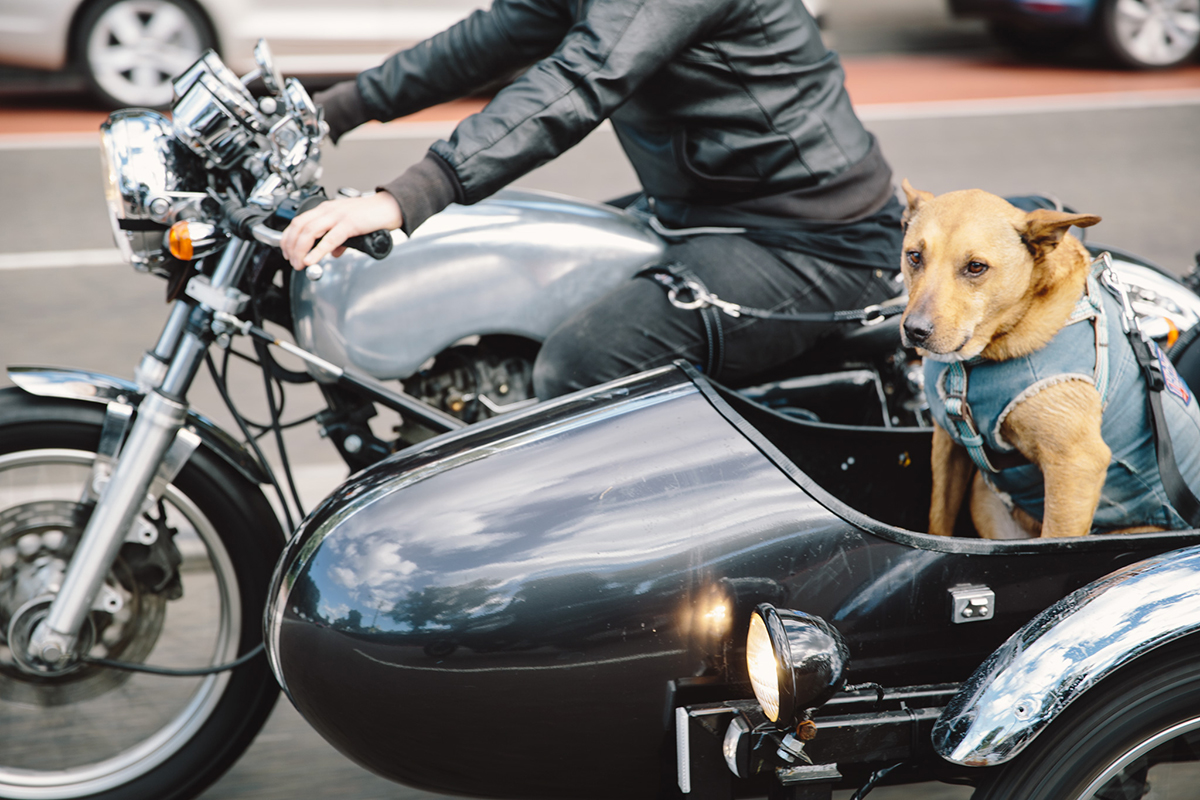 Not one to be selfish in his fun endeavours, Kal realised he was missing out on adventures with his good pal Tavin, the magnificent dog he rescued in 2008. “I spoke with a lot of old guys in trying to find a solution so that Tav could ride with me on the SR400, but what I was trying to do isn’t particularly common. After a lot of research I finally found someone willing to part with a small enough tub and chassis to fit my bike. They were in Queensland, so Tav and I set off in the ute on a road trip to pick them up. The trip to pick up the sidecar was an adventure in itself, as we camped a few nights along the way. There’s nothing better than camping with your best mate hogging the tent.” 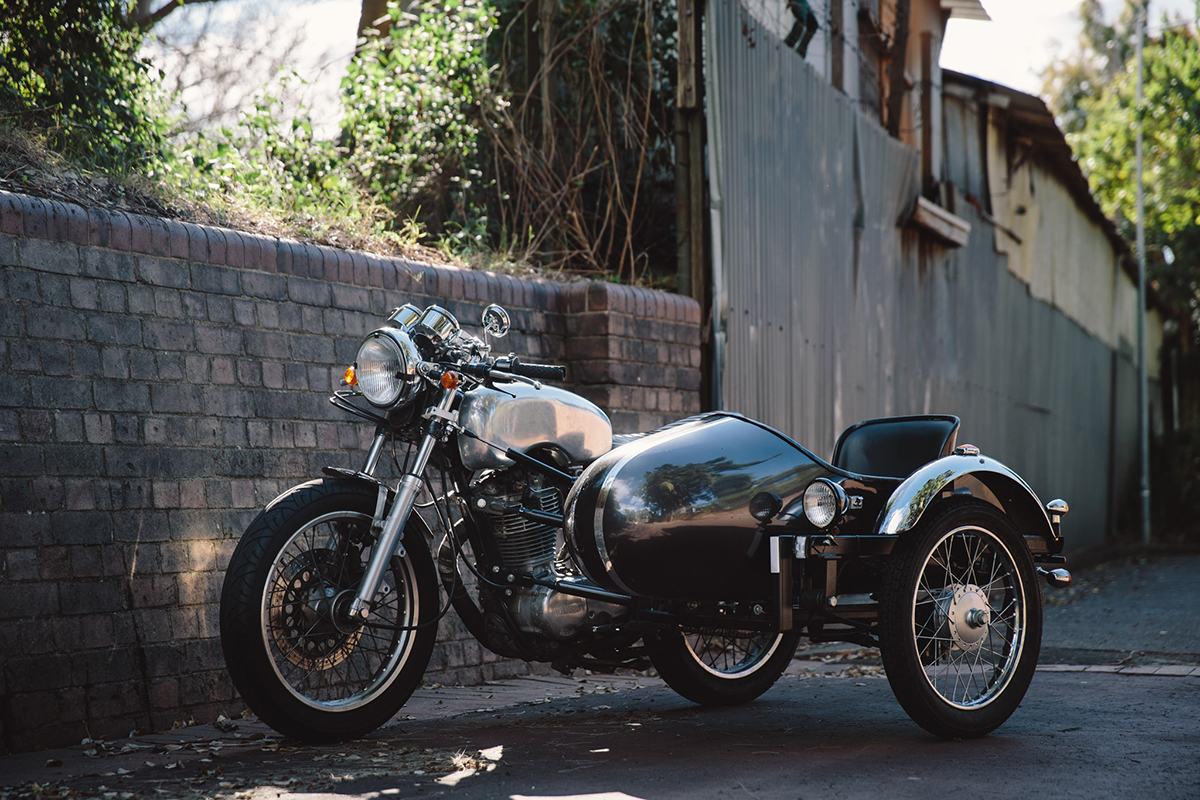 To be prudent in their purchase, Kal first gave Tav a road-test in a friends sidecar. “Tavin sat happily for over 2 hours in the sidecar, and even fell asleep! I knew I wouldn’t have too much trouble getting him in there again.” 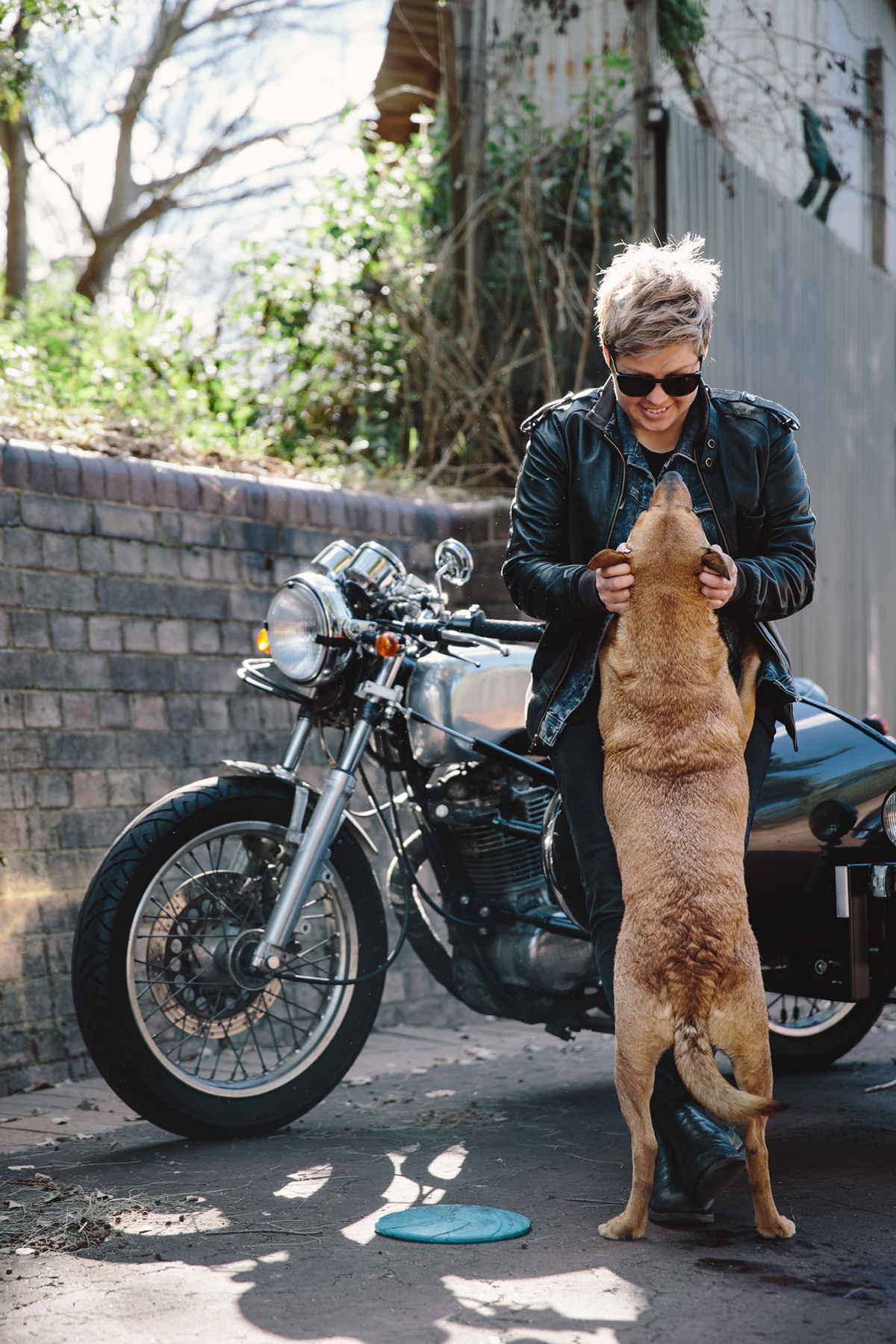 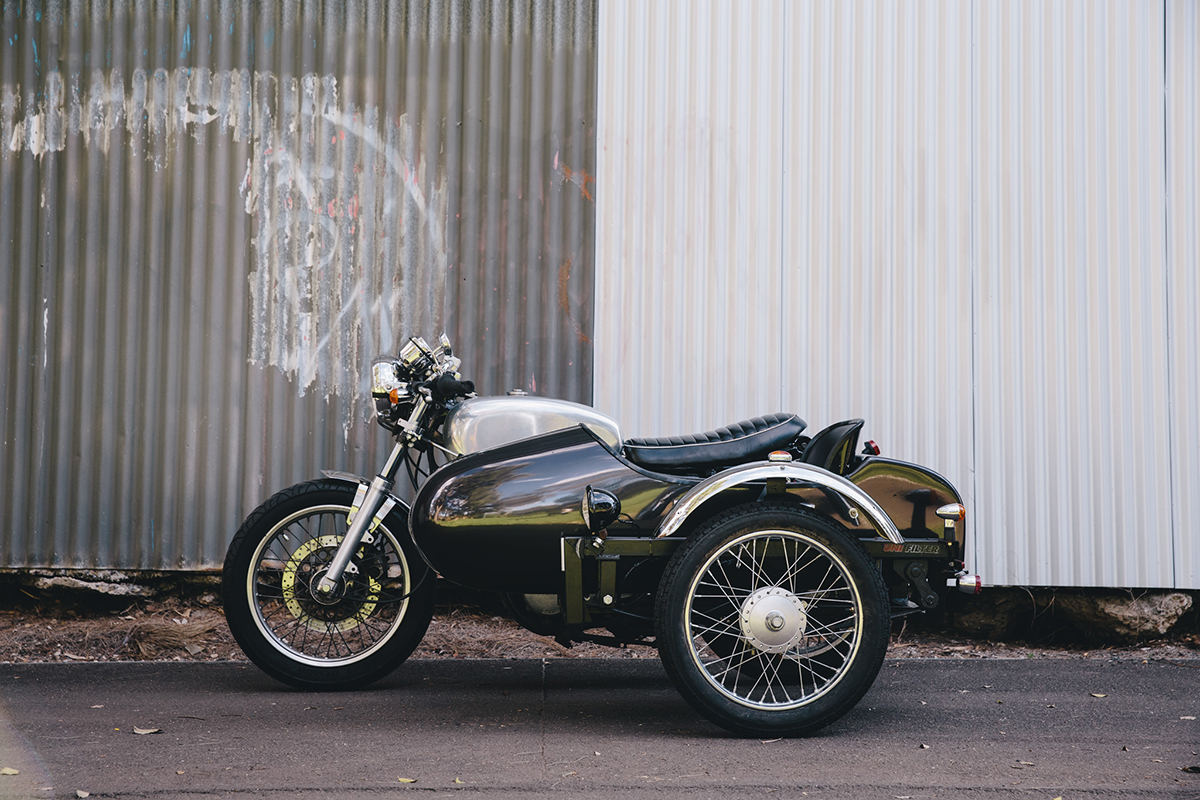 After collecting the parts and heading back down the coast to Sydney, Kal encountered a new obstacle in his quest to get a dog friendly bike – he needed to find someone to fit it all together. “It took a bit of searching but I finally found someone in Bathurst, so off we went again in another direction on another adventure, this time with the SR and sidecar in tow.” It would be the trip home from Bathurst that Kal would first ride with his new sidecar attached, unfortunately in the pouring rain. “That was a scary 8 hours! I had to take it very slow to make sure the bike didn’t flip. When we got the bike and new sidecar back to Sydney I wrapped the body to match the SR, swapped the fender and added a bottom mount side headlight. I love the end result!

So far we’ve only adventured around the city to different dog parks, but we have some exciting camping trips planned as soon as the weather warms up!” 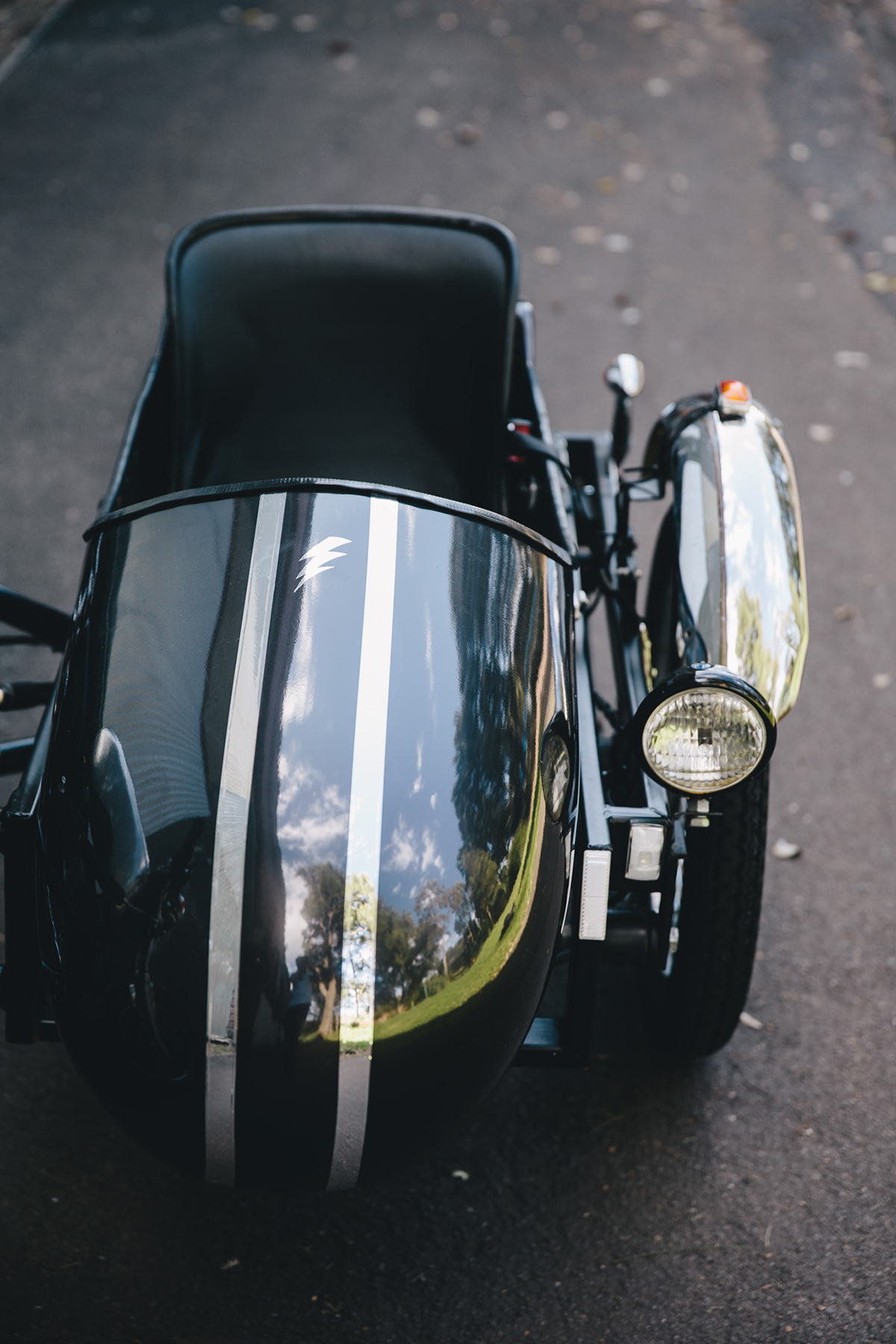 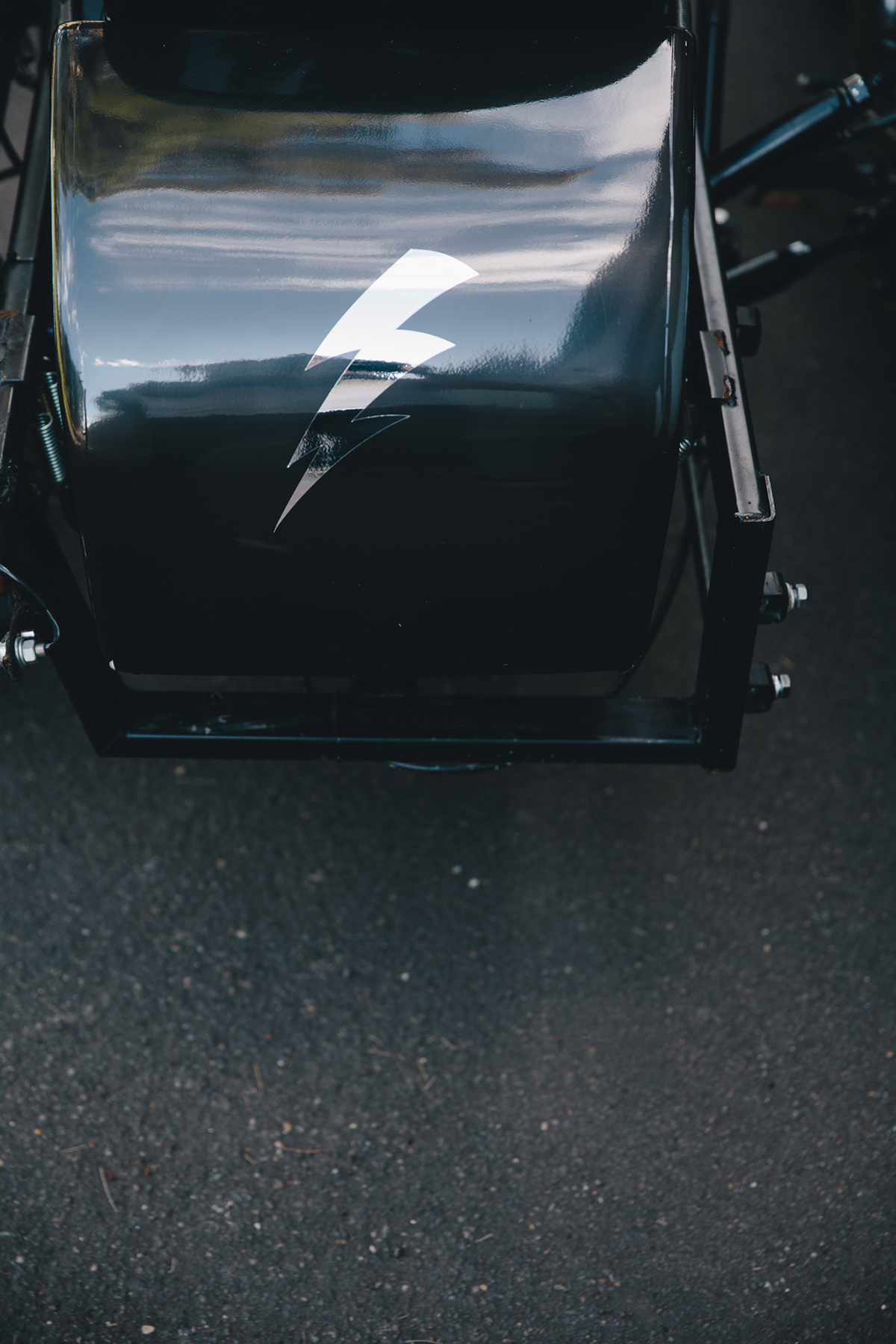 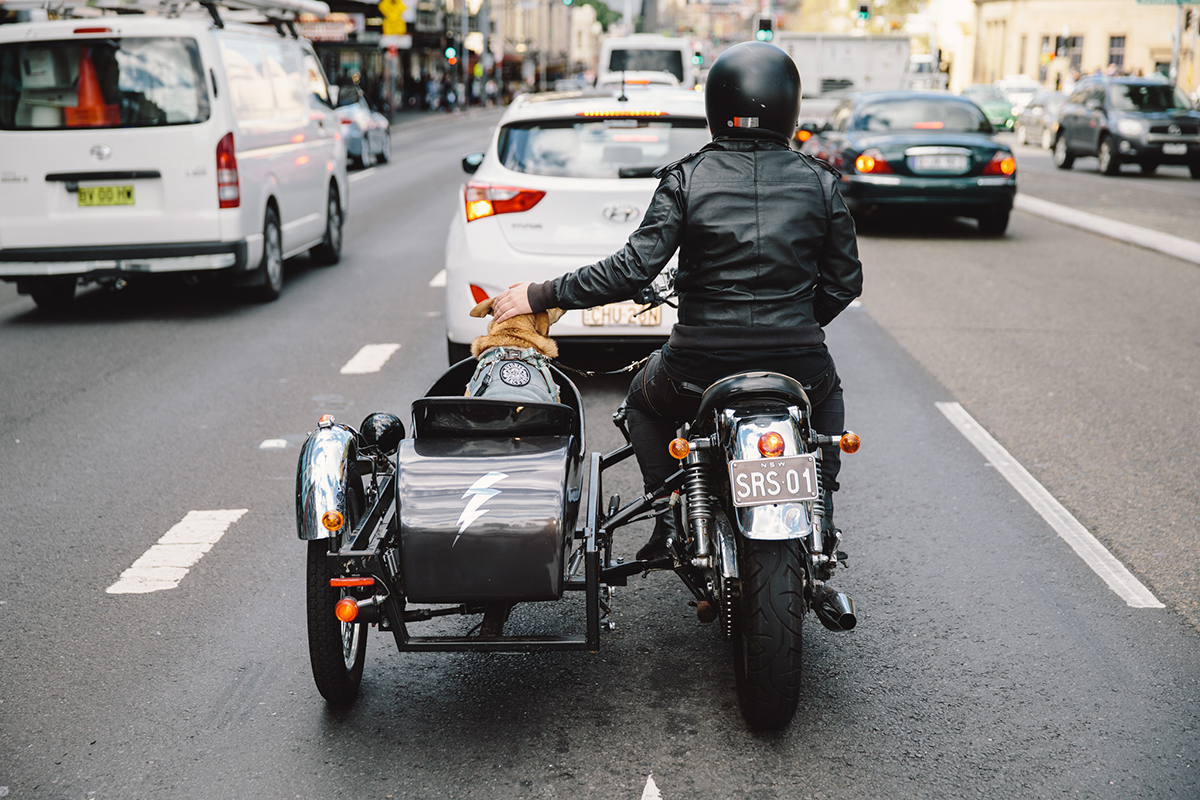 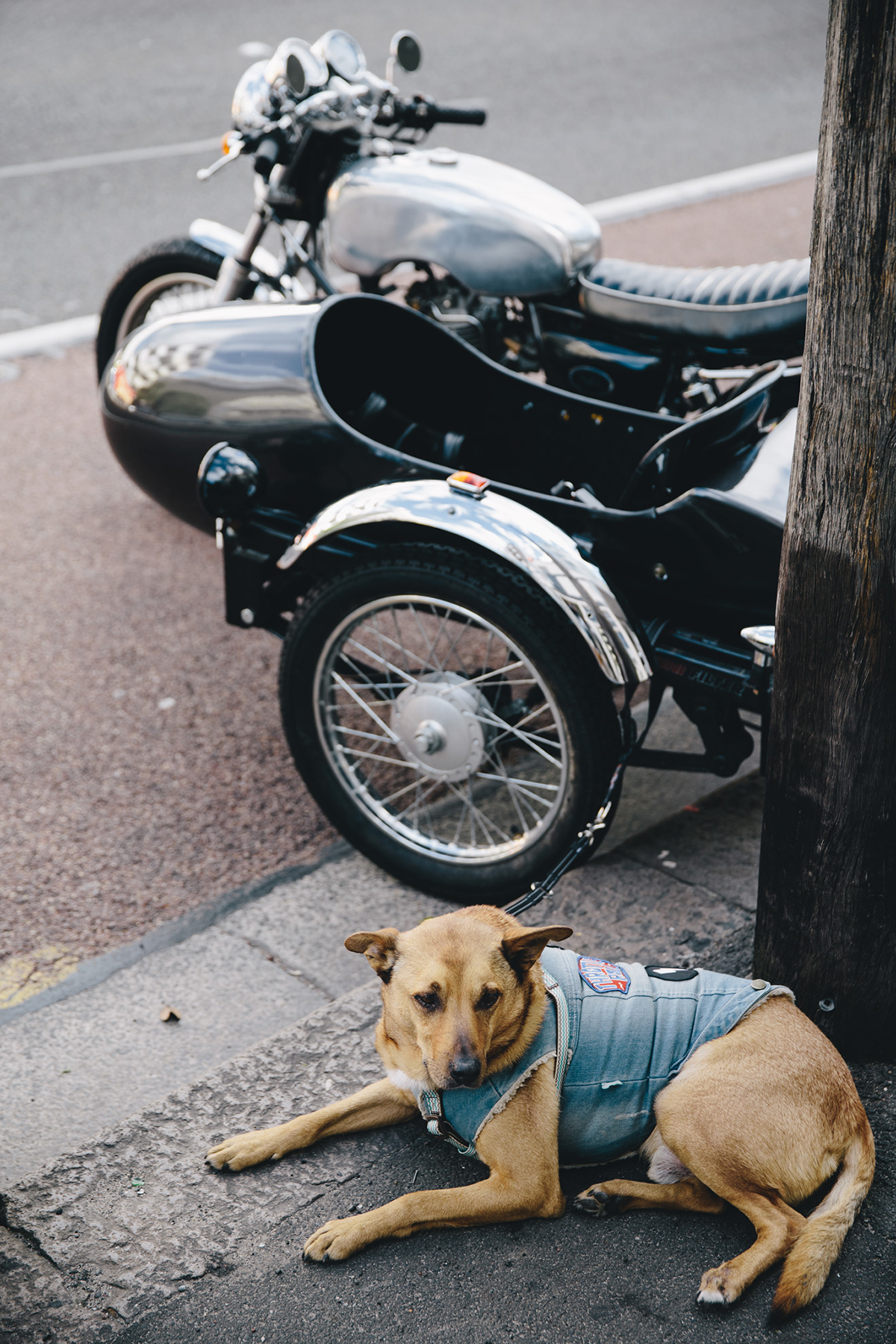 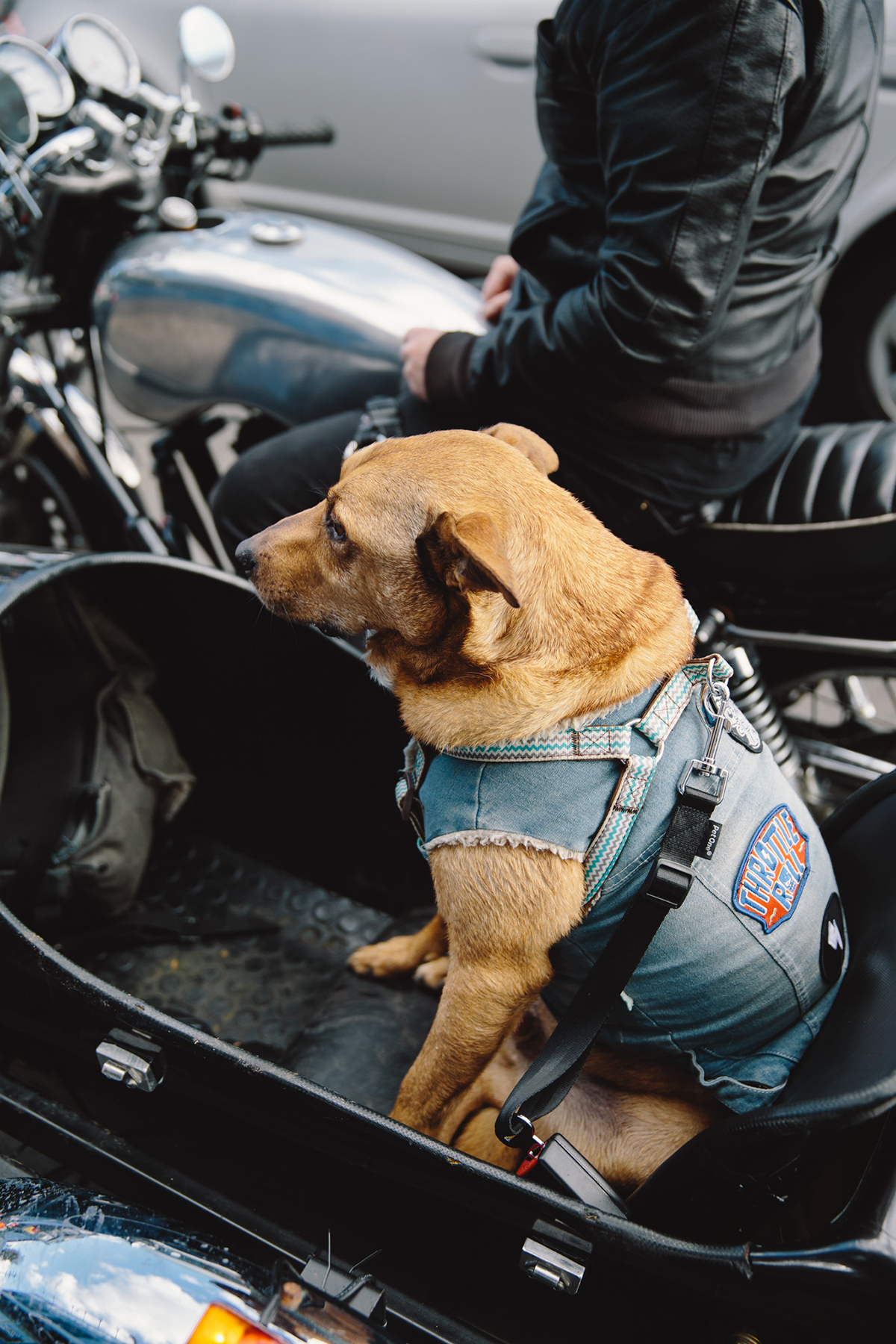 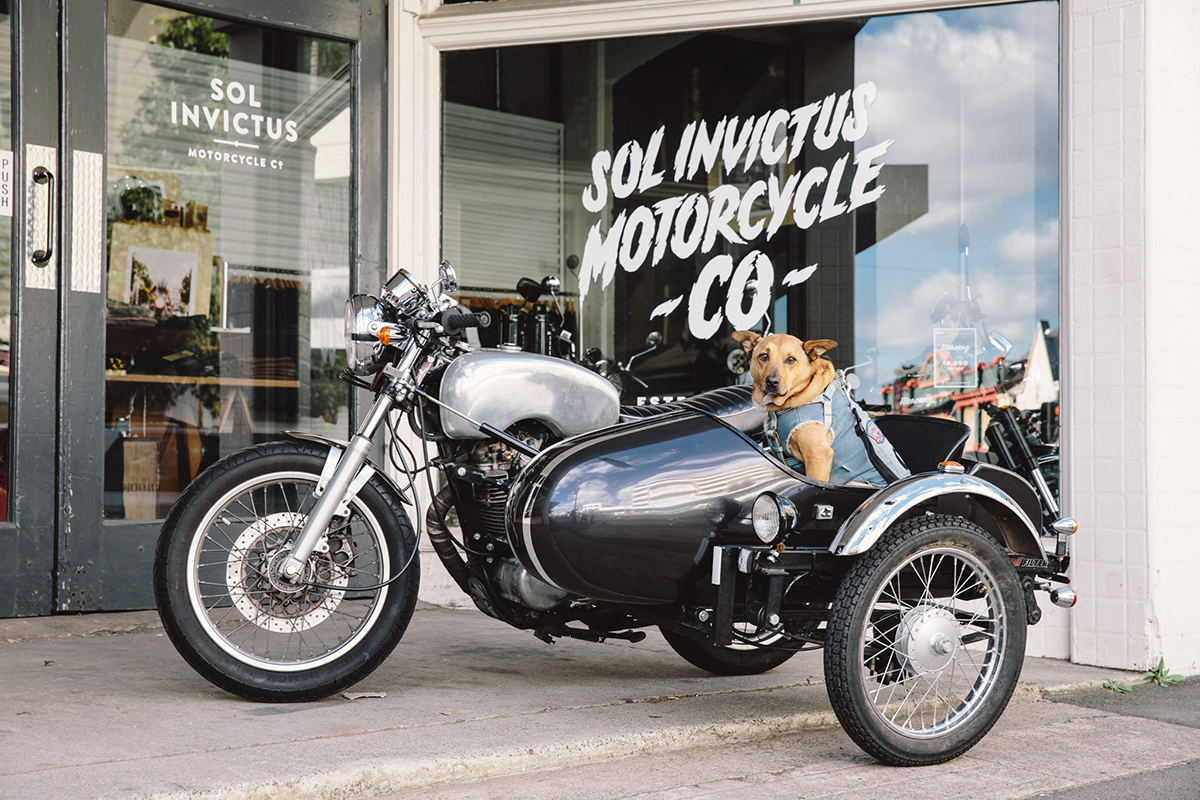