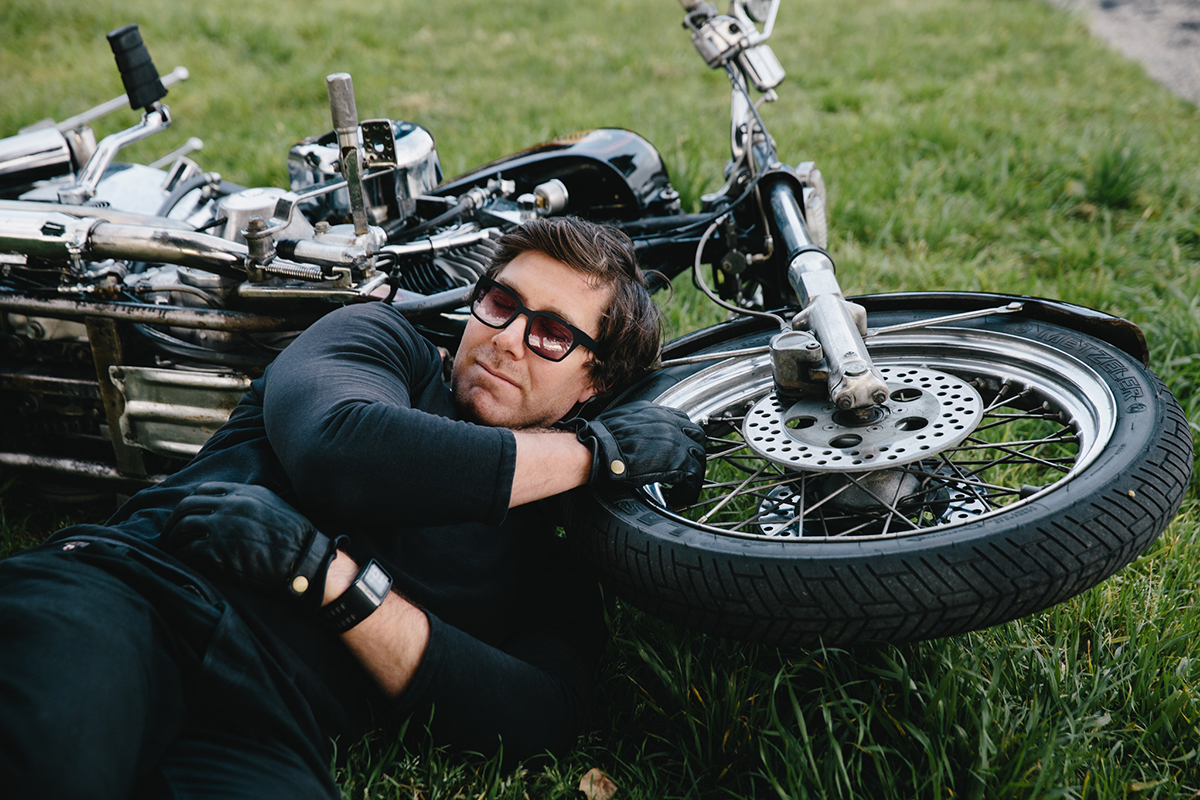 Meet Andrew and the love of his life, a 41-year-old American cougar who despite being a bit older than her partner, still has it going on where it counts. Theirs is a love story that no Disney film could create; truly a romance for the ages. We took an endearing stroll by the water to find out just what makes this relationship work and what their secret to love is. 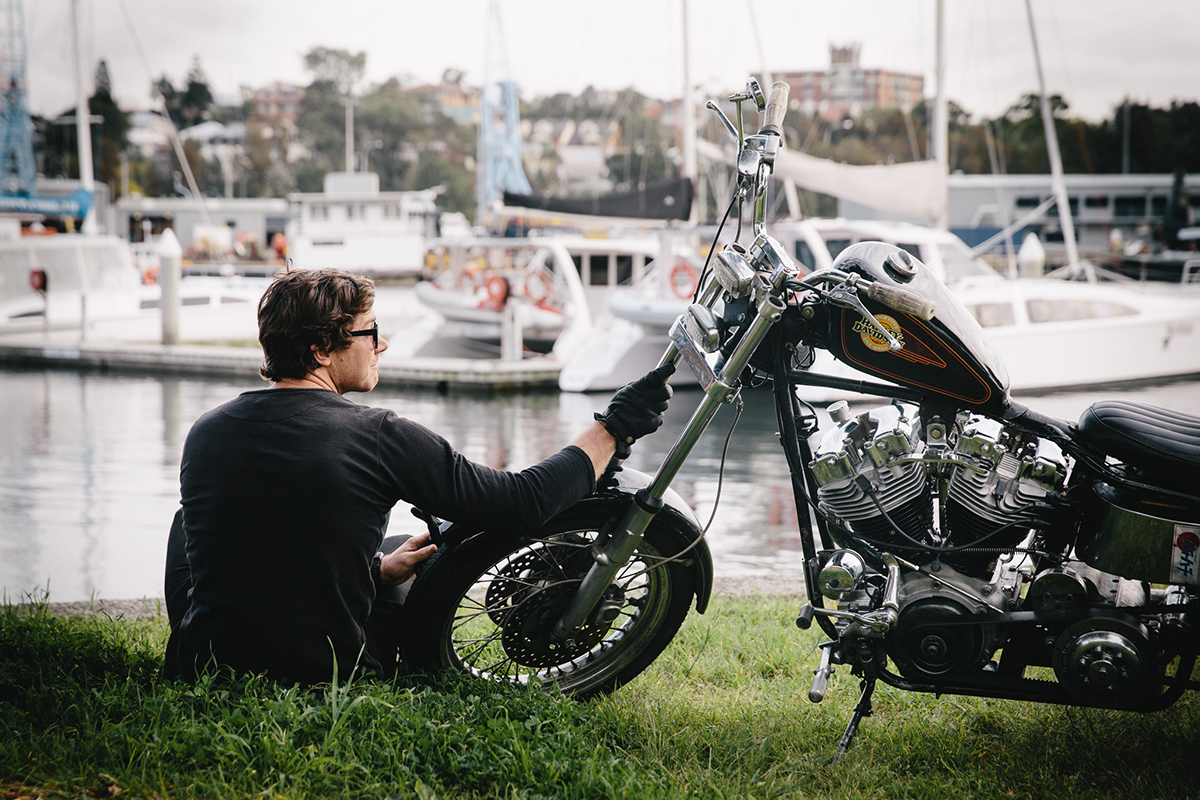 So let’s start at the beginning of this beautiful tale. How did you two meet? Was it love at first sight?

I guess I am a little old fashioned when it comes to this. We didn’t go in for this ‘try before you buy’ living in sin type thing you see so much today. Sight unseen, out of the classifieds like she deserved is how our paths crossed. 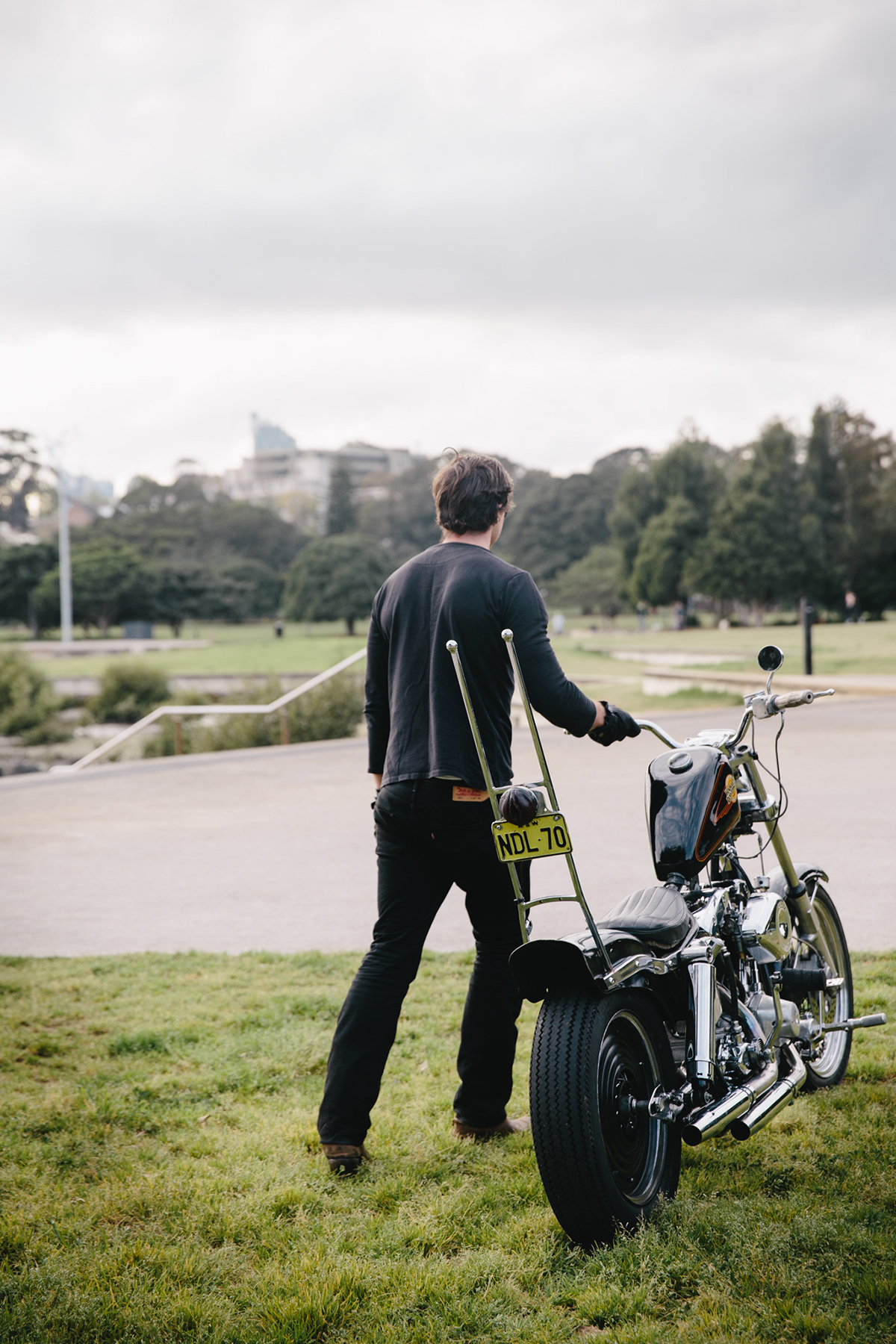 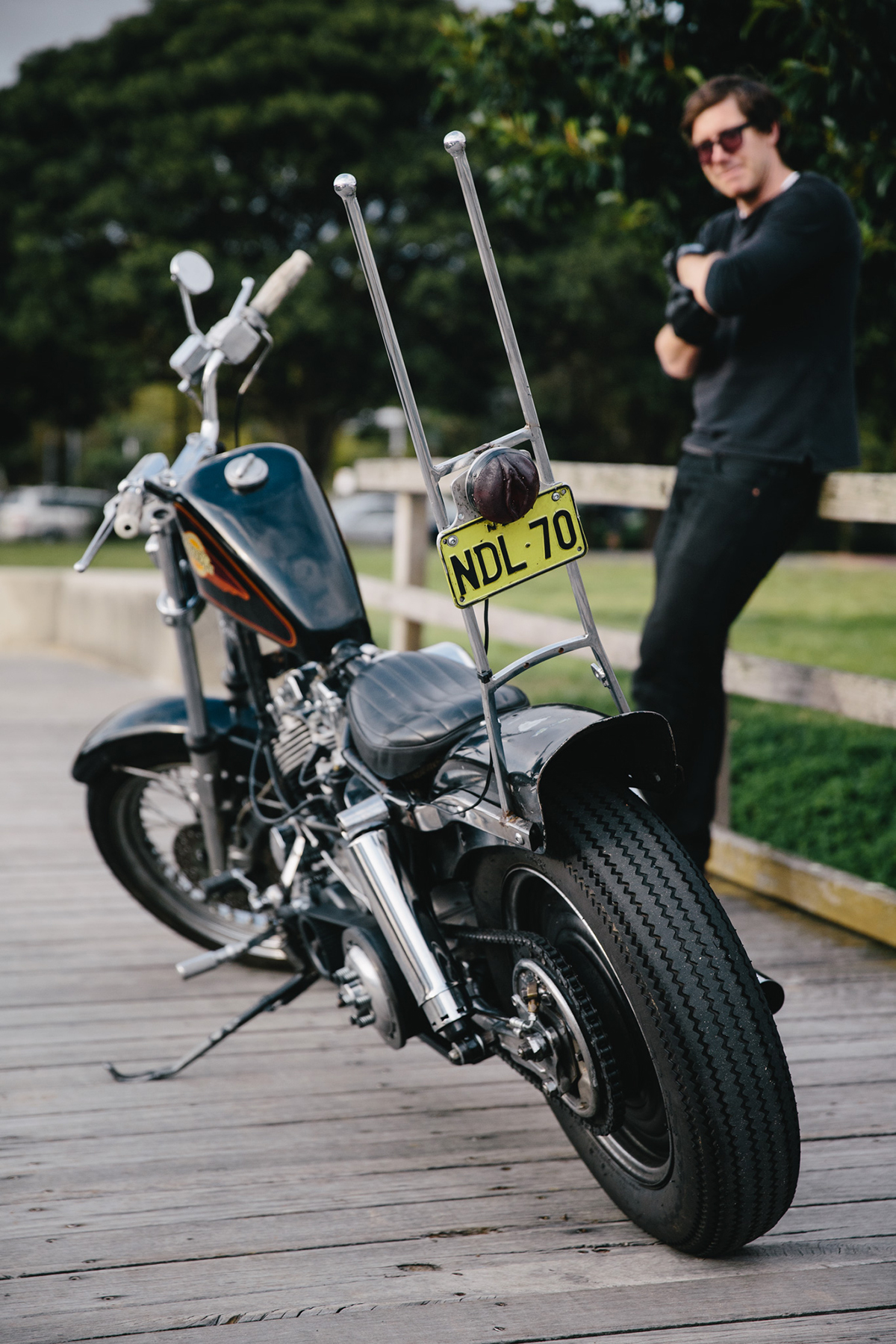 What made you realise that you could spend the rest of your lives together? Were you scared at all?

I will never forget the day she arrived, it was coming the end of winter and we had just had a few warm days. You know, real motorcycling weather. I had been getting my place ready for her and was a bit toey. Pulled a sickie at work and was waiting for her… and there she was in the back of a truck – the last one to be unloaded. The driver said he didn’t worry about going over the inspection report; instead he just circled the whole bike and wrote “fucked” with an arrow. Despite this, I knew she was the one for me. 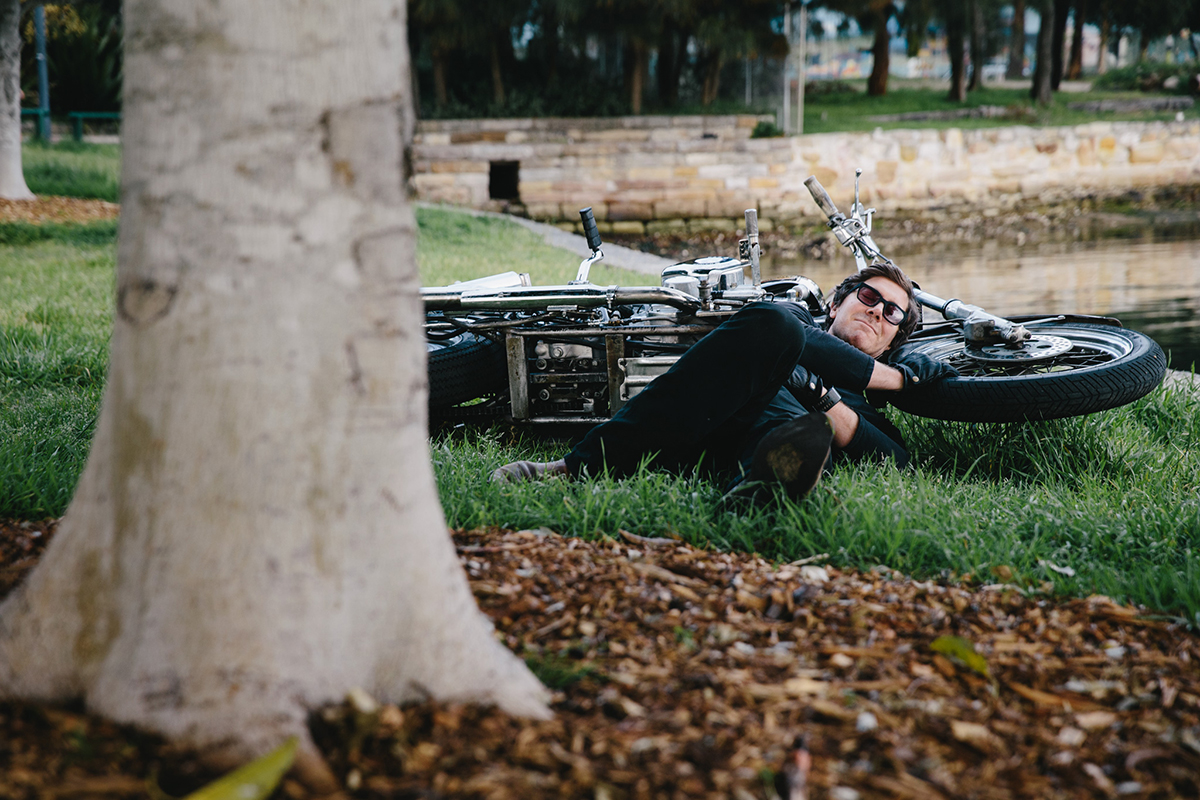 How did you know your motorcycle was the right one for you?

I don’t think you ever really know, with ’The Suburban Chopper’ as she’s affectionately named, we didn’t have much time to think about it. There was work to be done, her starter was cooked so we had to ride around with a spare battery strapped to her sissy bar – you know early relationship type stuff. We got her registered and fixed the starter but she was still in a pretty bad way, and not really adjusting to life in the city. We took a holiday to the country together so we could get to know each other. When we were away she got pretty sick, but I helped her get better and we really bonded. 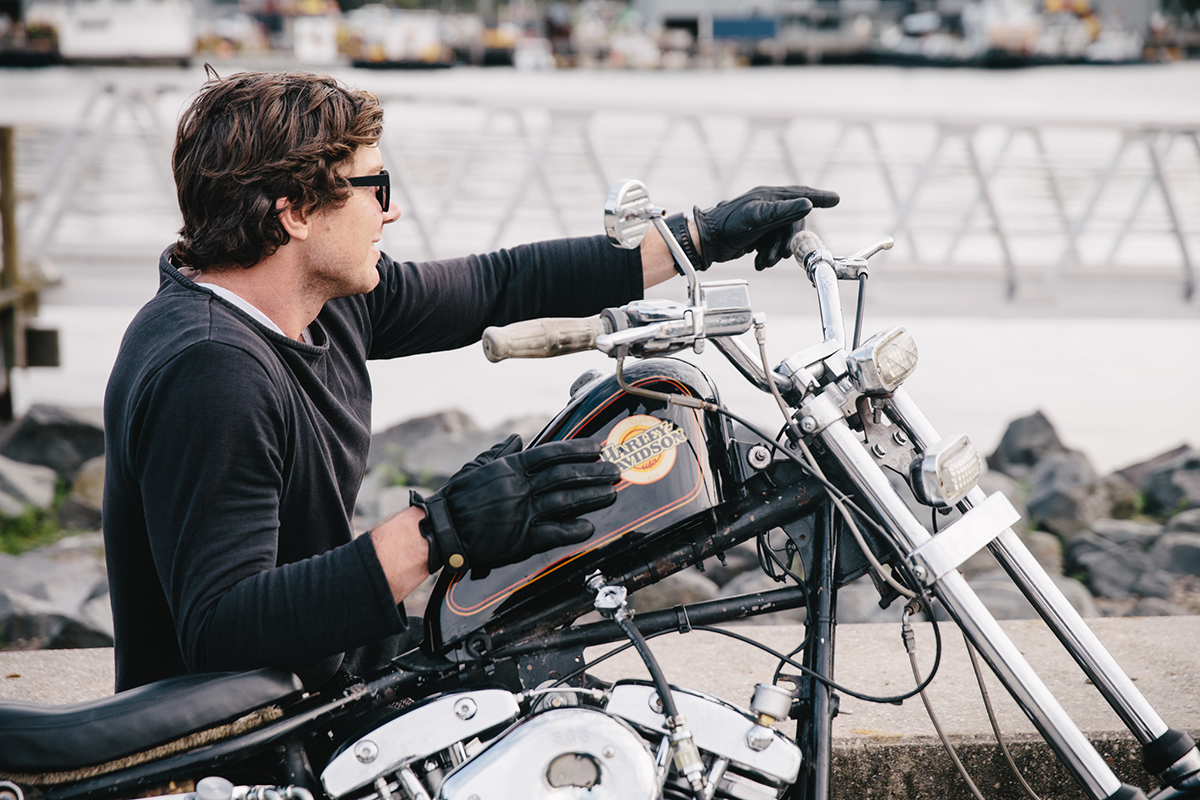 What is your advice to someone who is trying to keep the faith that Mrs. Right Motorcycle is really out there?

Try not to think about how many others she has had in 41 years and just enjoy the time between breakdowns. Also if your suspension is blown out so your wheel locks up in corners, you can just get stiffer suspension. It makes sense when you think about it.

What was the best piece of marriage/motorcycle advice you ever received?

Shift your weight in corners and don’t use your front brake, also “have fun, don’t die” and “you can probably go faster than that” was also good advice.

What are the most important attributes of a good spouse?

To be able to listen to the 1000 strange noises and know which ones to worry about. Also the ability to ignore the noises and give her some anyway. 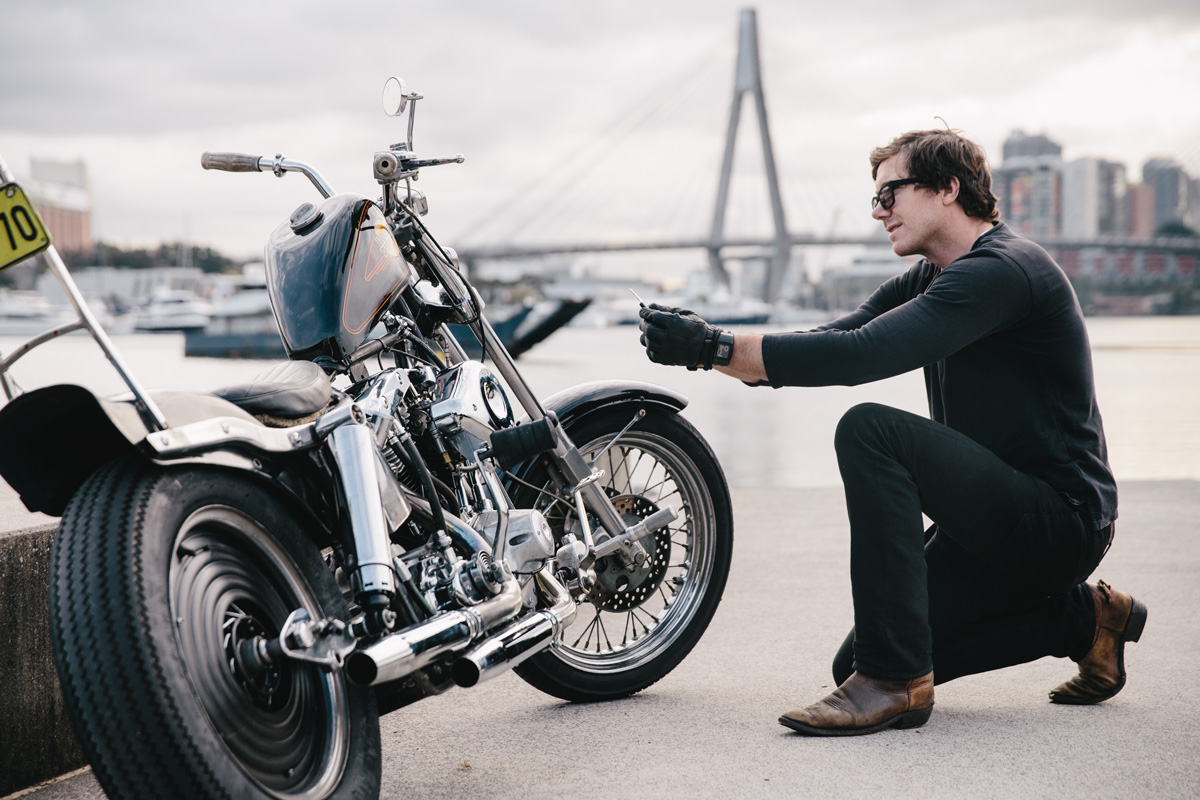 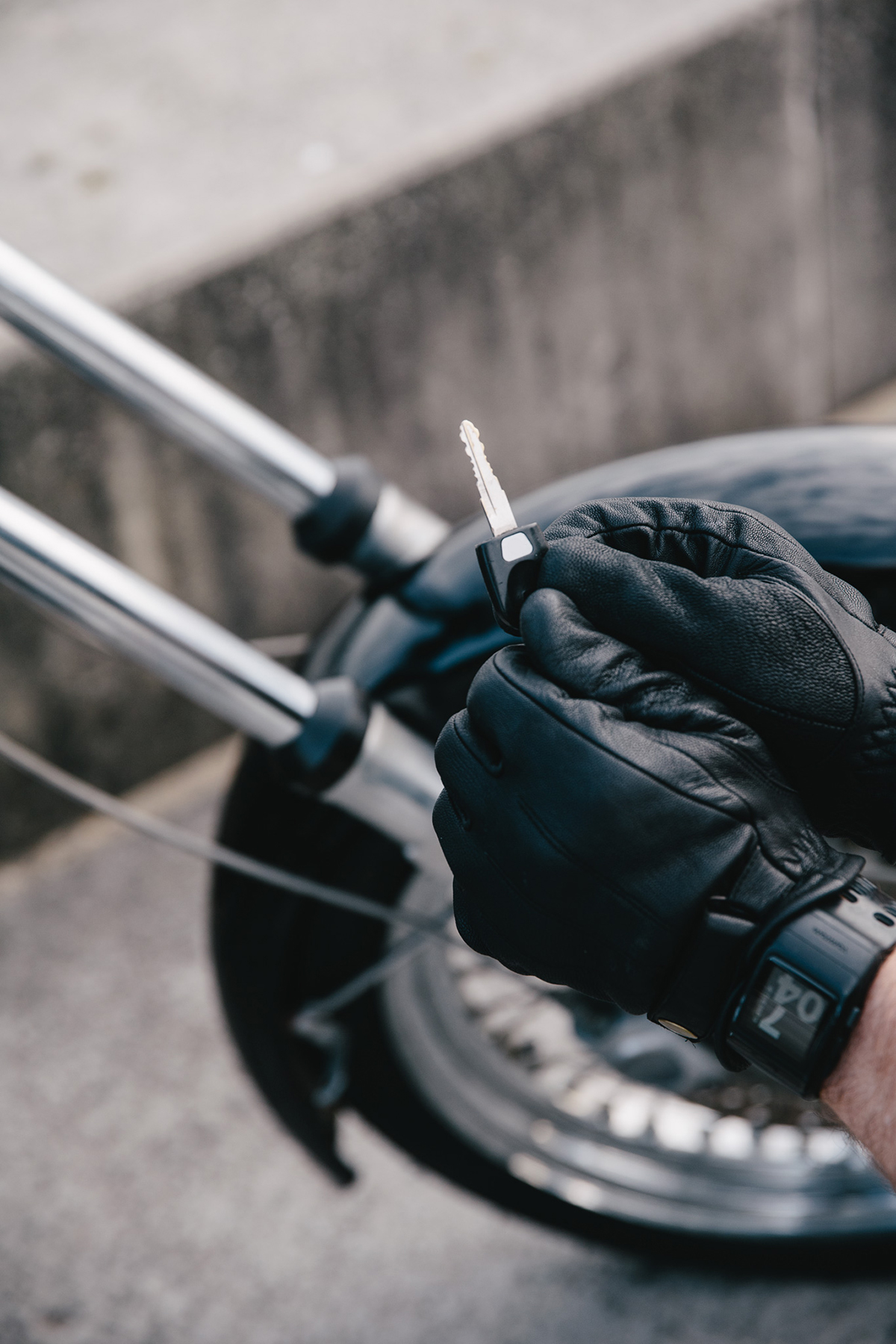 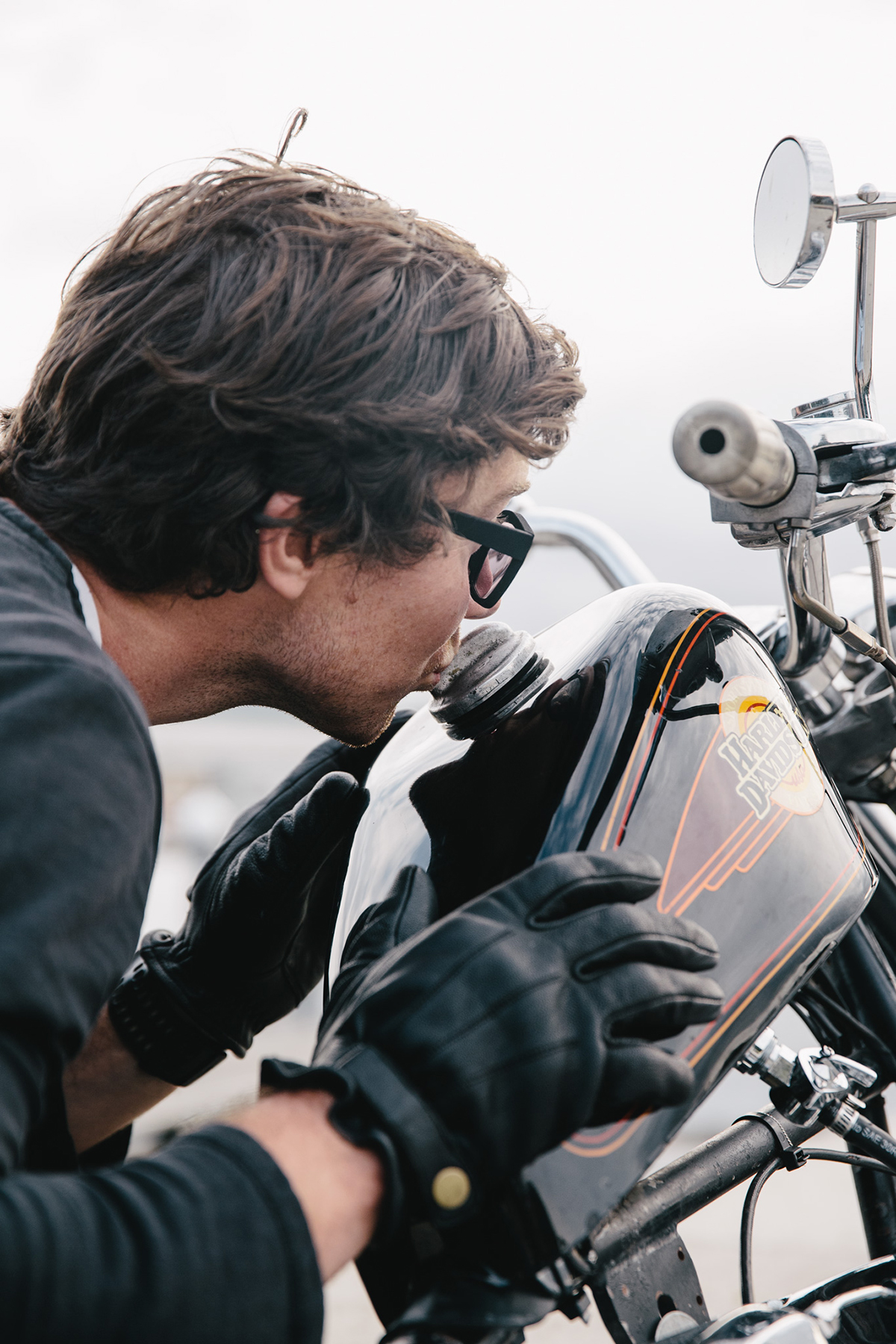 What is your best Valentine’s Day memory?

When my buddy Trent and I rode her together on a secluded beach near the national park, it was hot and we were wearing chopper shorts. She’s a bit kinky like that, letting two blokes have a go on her at once – but that’s what you get with someone from the ’70’s. We like to explore our relationship, and it’s not uncommon that her and a mate of mine will go off together for a bit of fun. 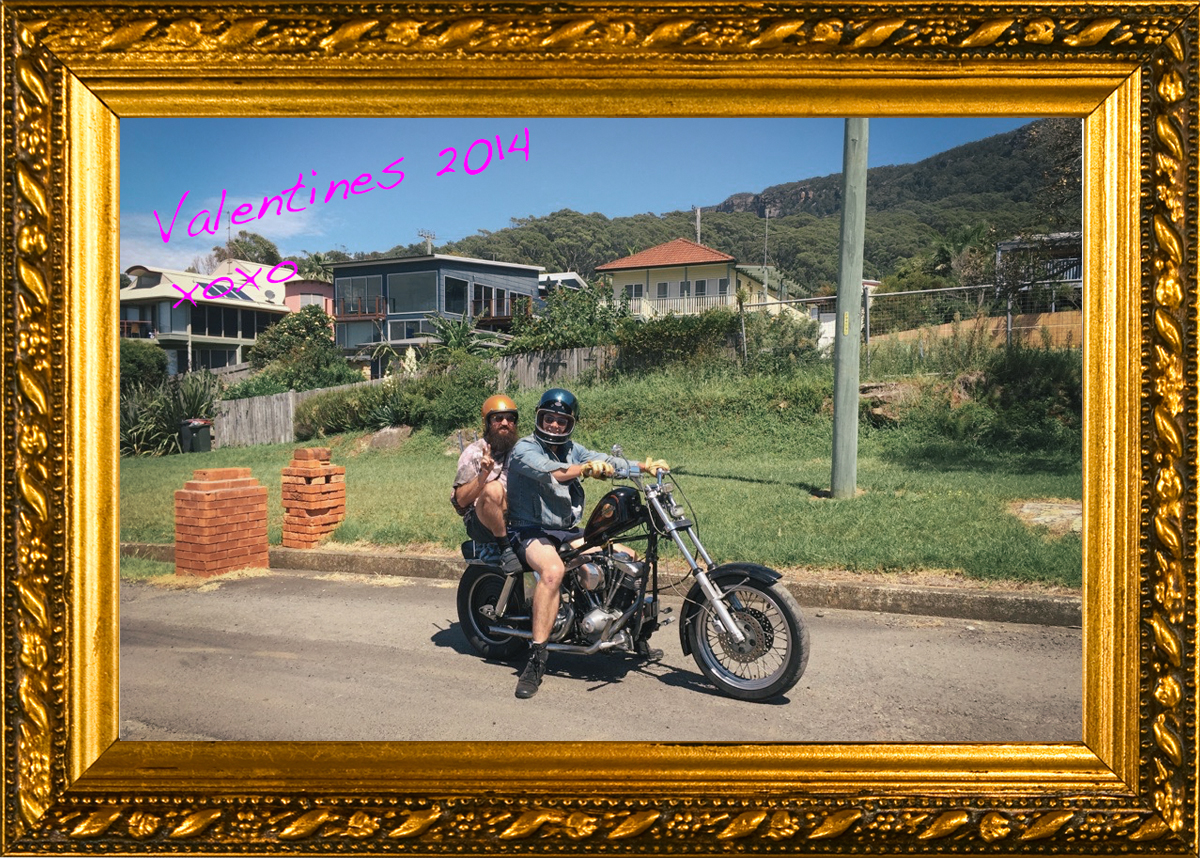 What is your fondest memory of your marriage?

There is so many – not being able to start her with 50 people watching – sleeping at my mechanics place after working on her all night. The first time I started her and she back fired so loud that my son cried every time I went near her… so many good memories. 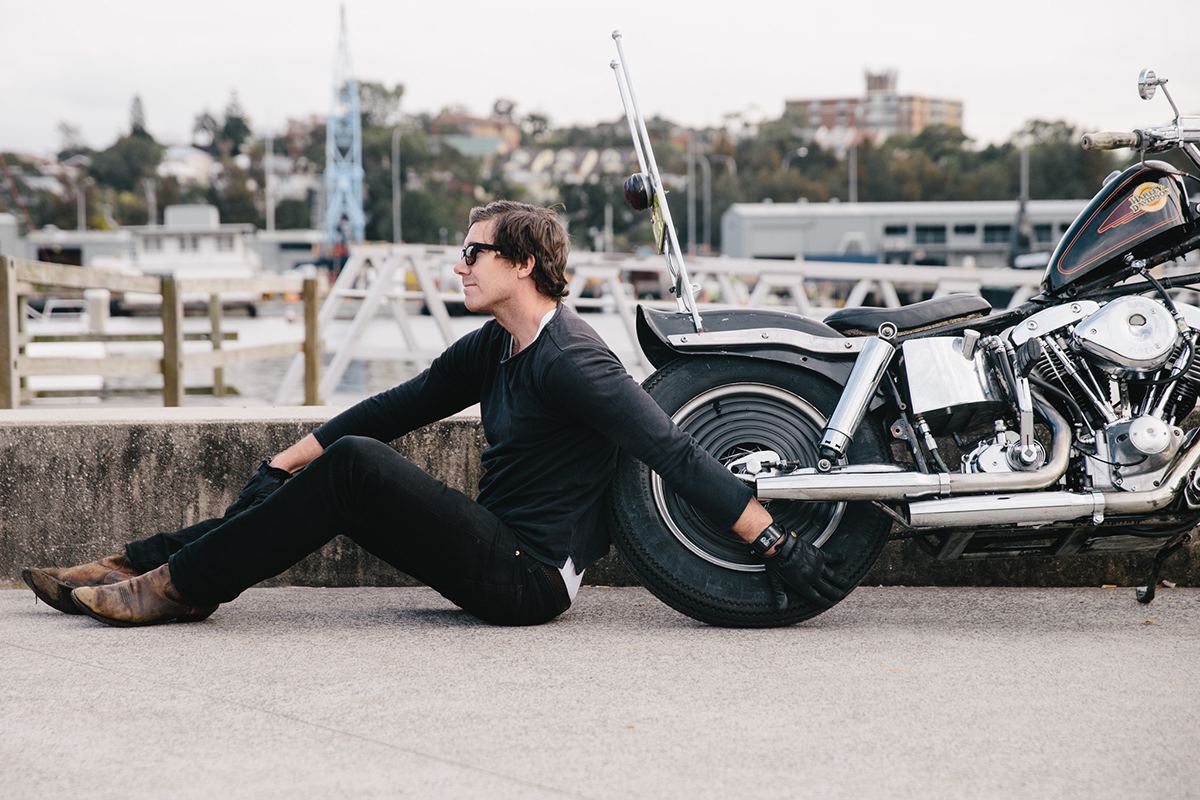 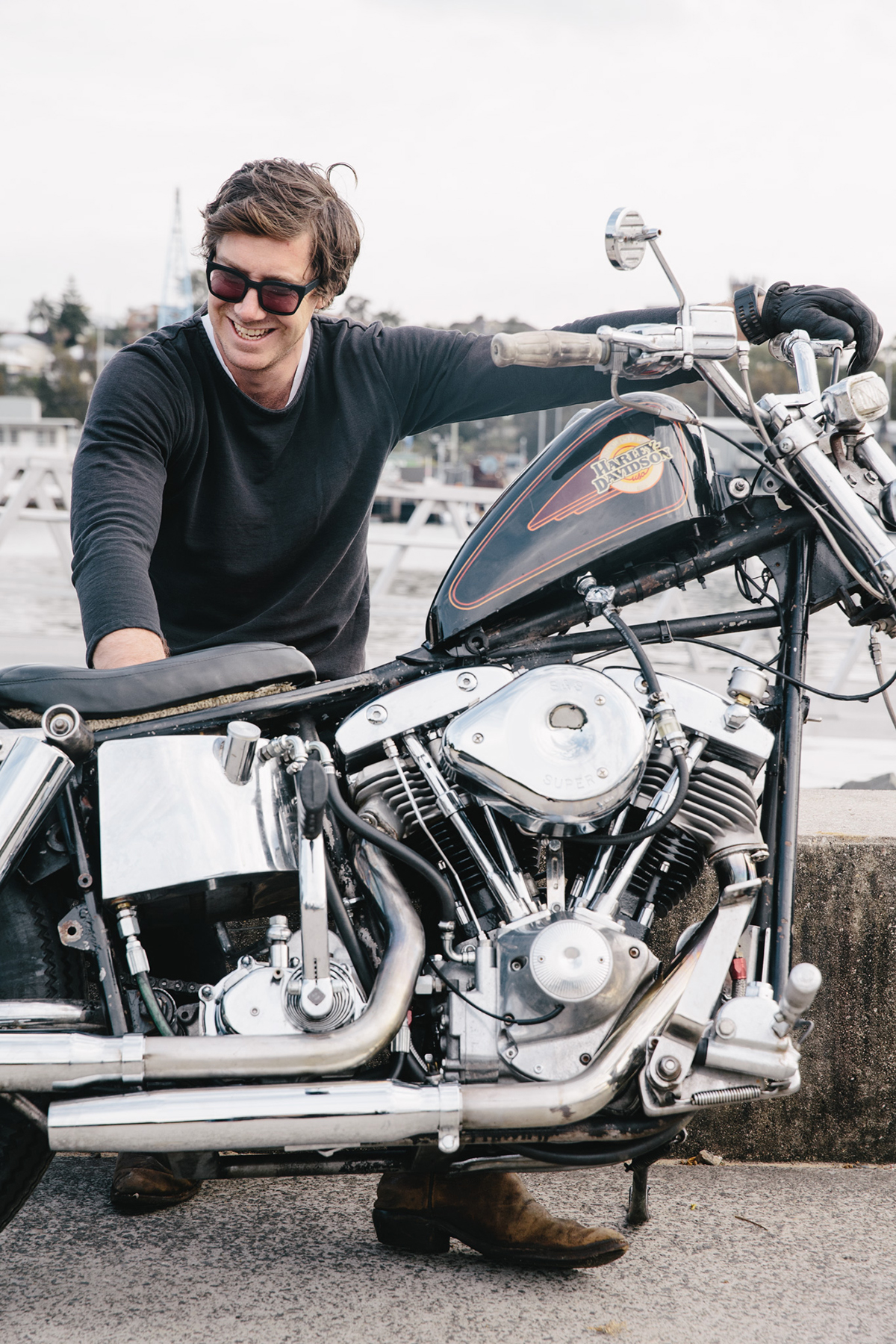 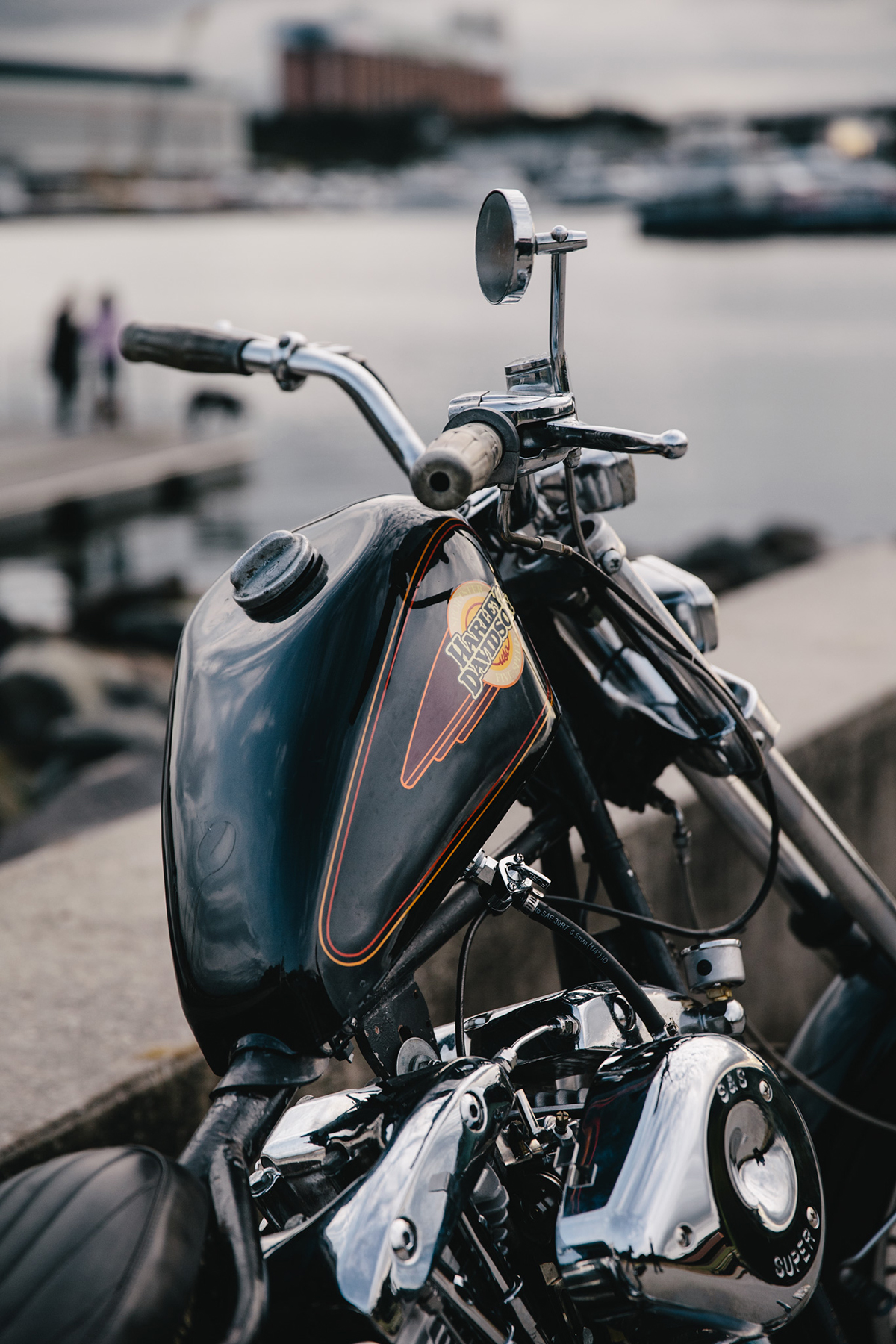 Does communicating get easier with time? How do you keep your patience?

It definitely gets easier. Before, she used to try to tell me things and I would not understand and would start to get angry. Now, when she says “I have a short from a crushed wire” or “have an exhaust leak” I know exactly what she means.

How did you cope when you had to be physically separated for long periods of time?

It does not go well. I get all angry and frustrated, and she gets all broken down and wetsumped. We keep it fresh by going at it at least once a week. 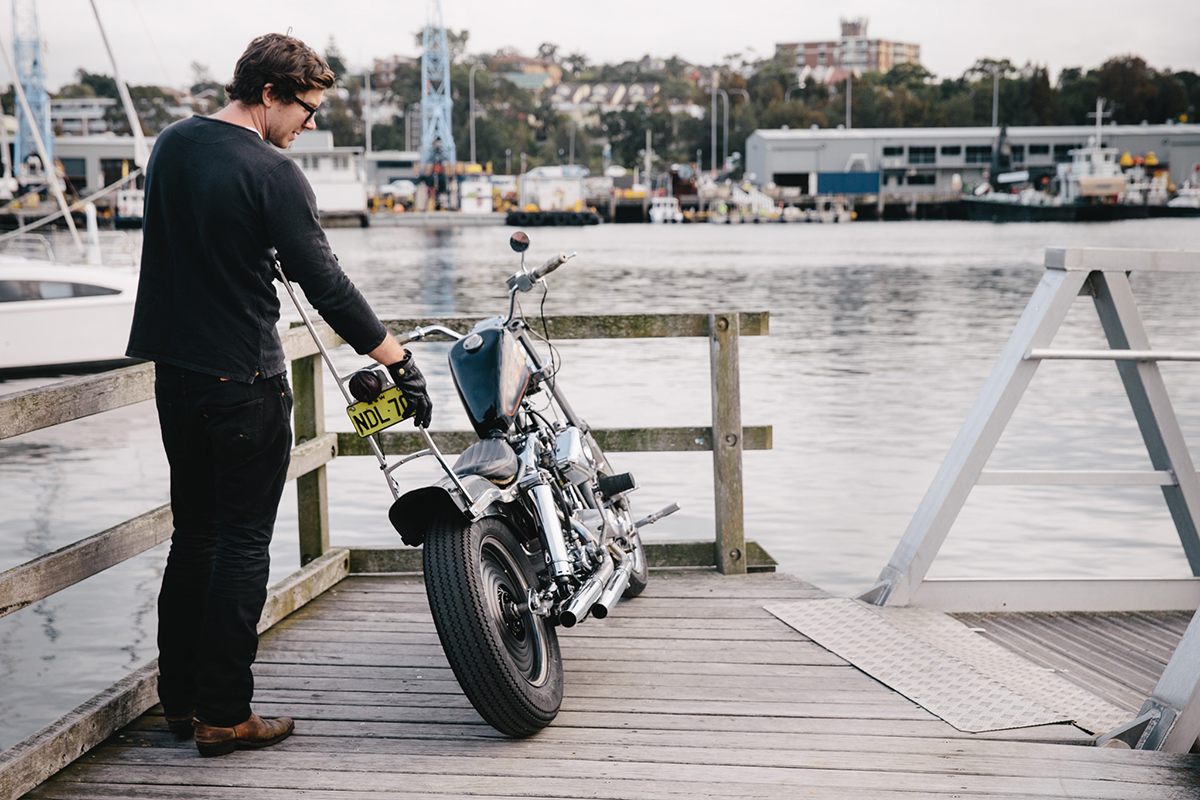 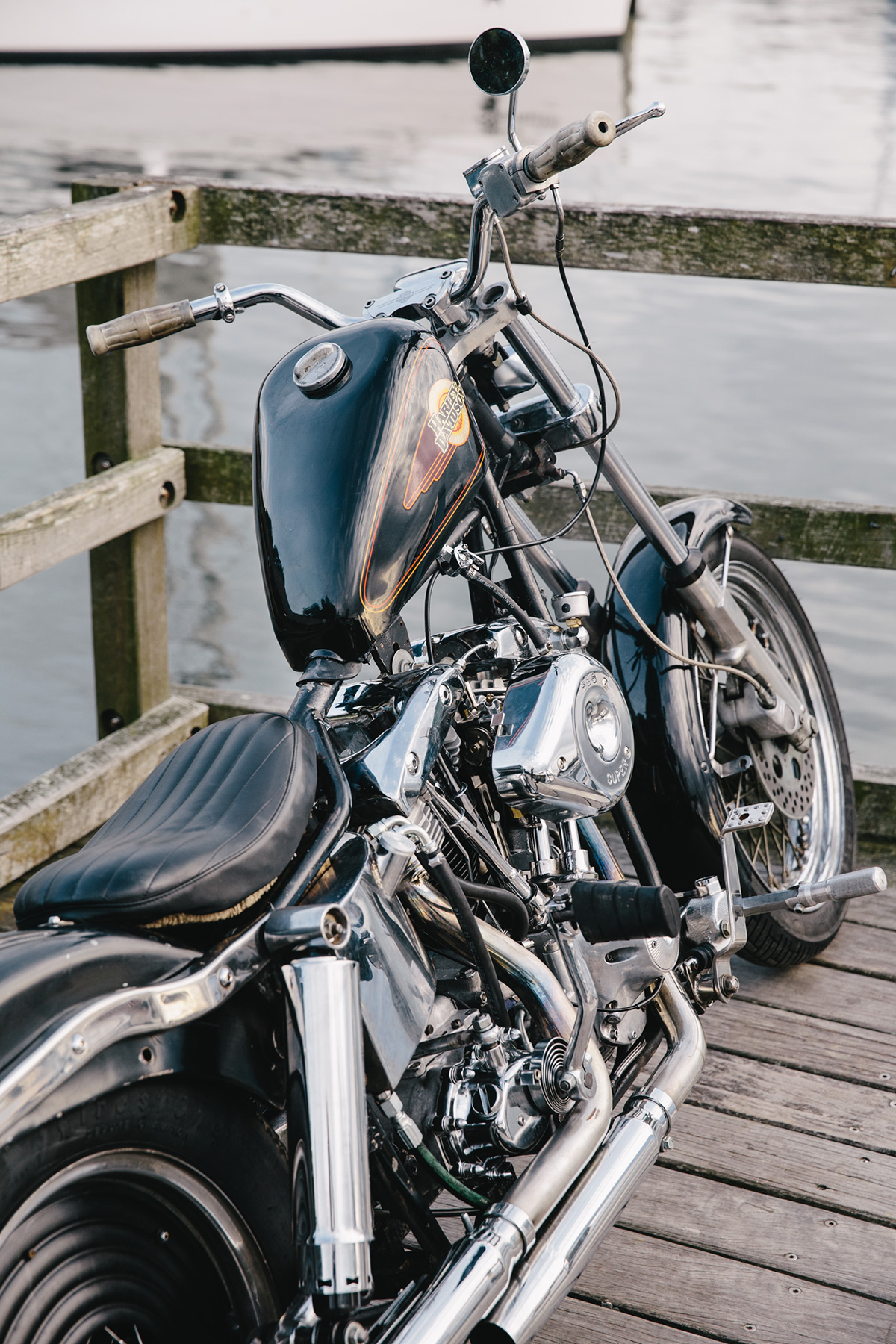 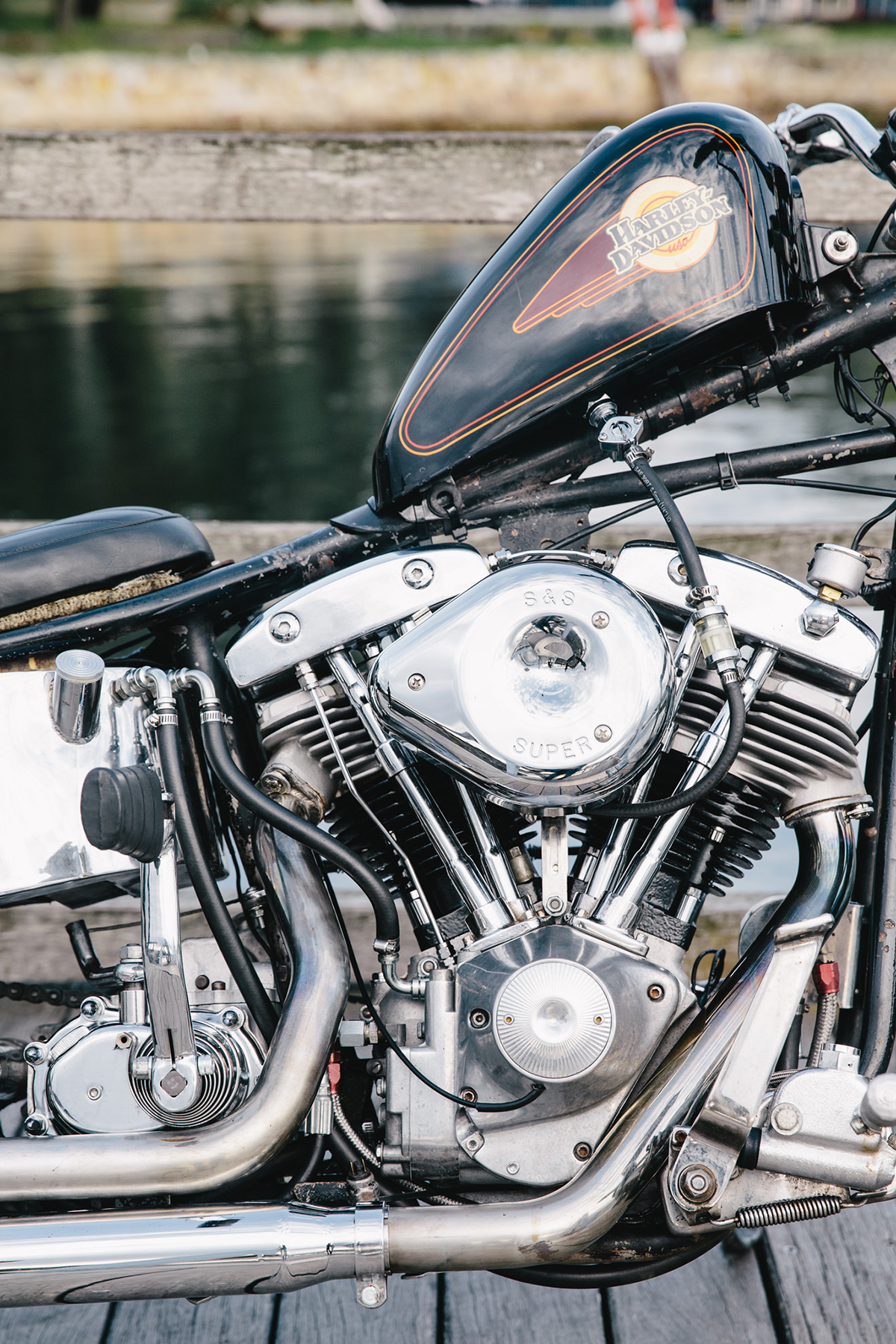 At the end of bad relationship day, what is the most important thing to remind yourselves?

I have a cute little list of things we could do together. Things like “replace the exhaust rocker arm in the front cylinder” when we have a bad day I do one of those things and make her feel special.

I try not to fight. I am quite interested in not dying so I make sure she is happy.

What’s the one thing you have in common that transcends everything else?

I like to tickle her points and she likes it… it’s our special thing. 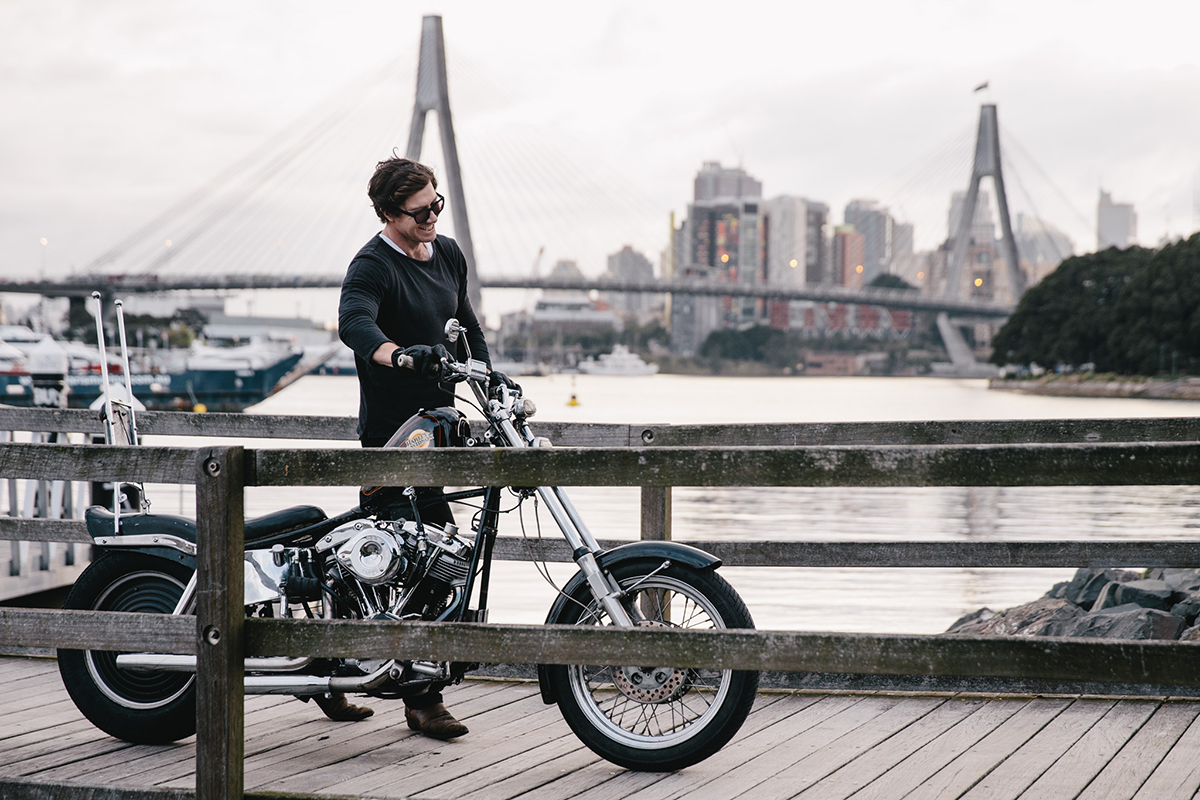 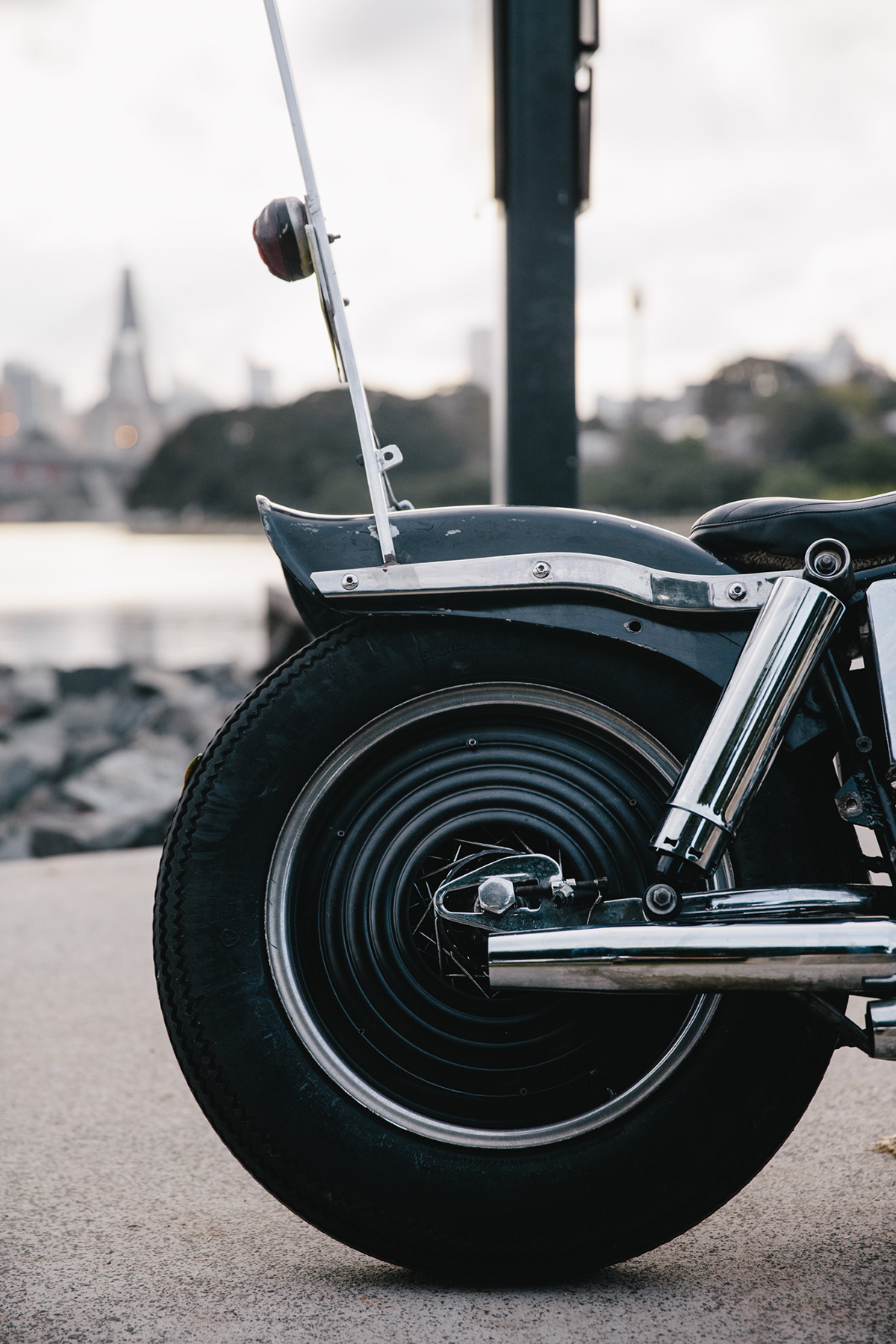 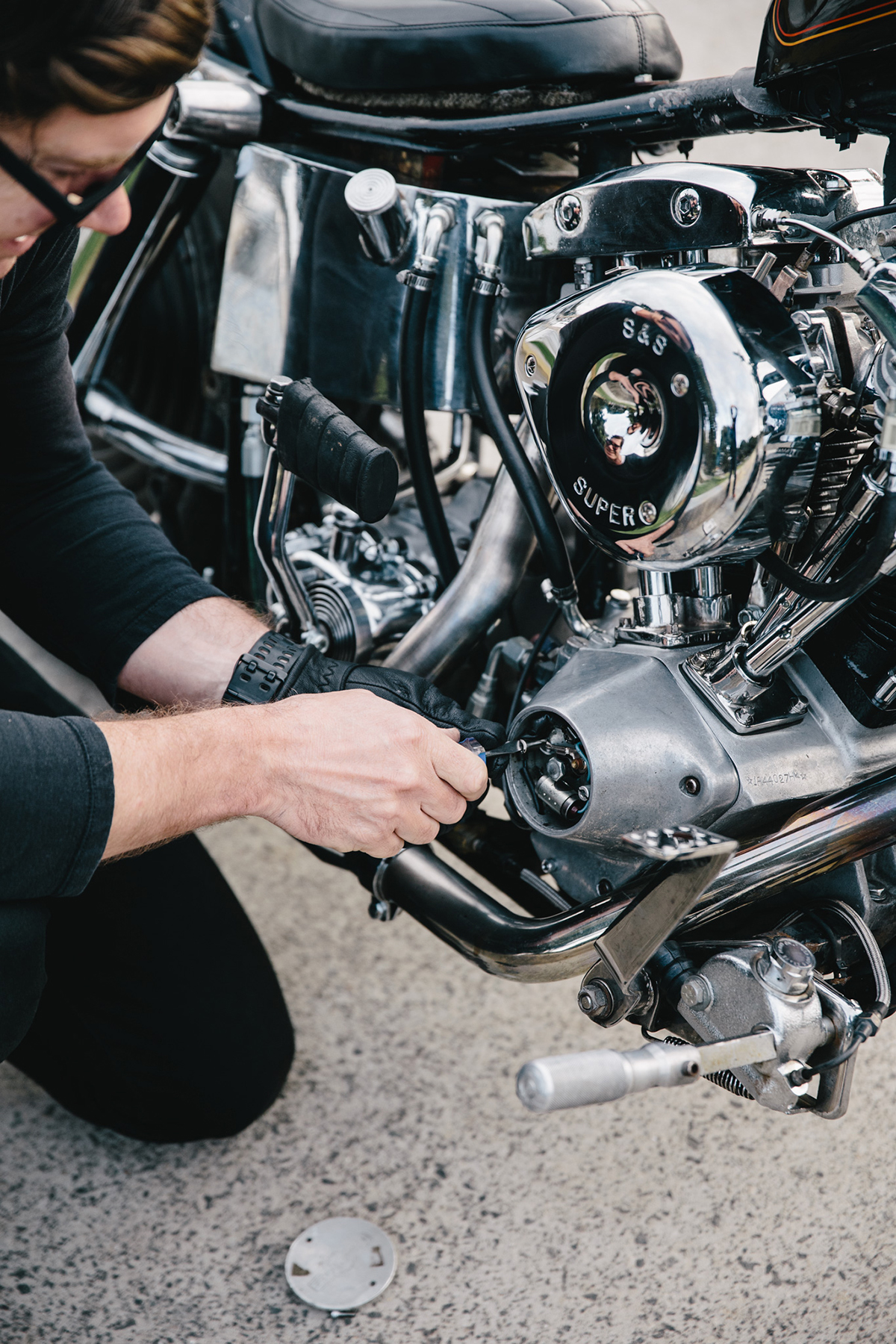 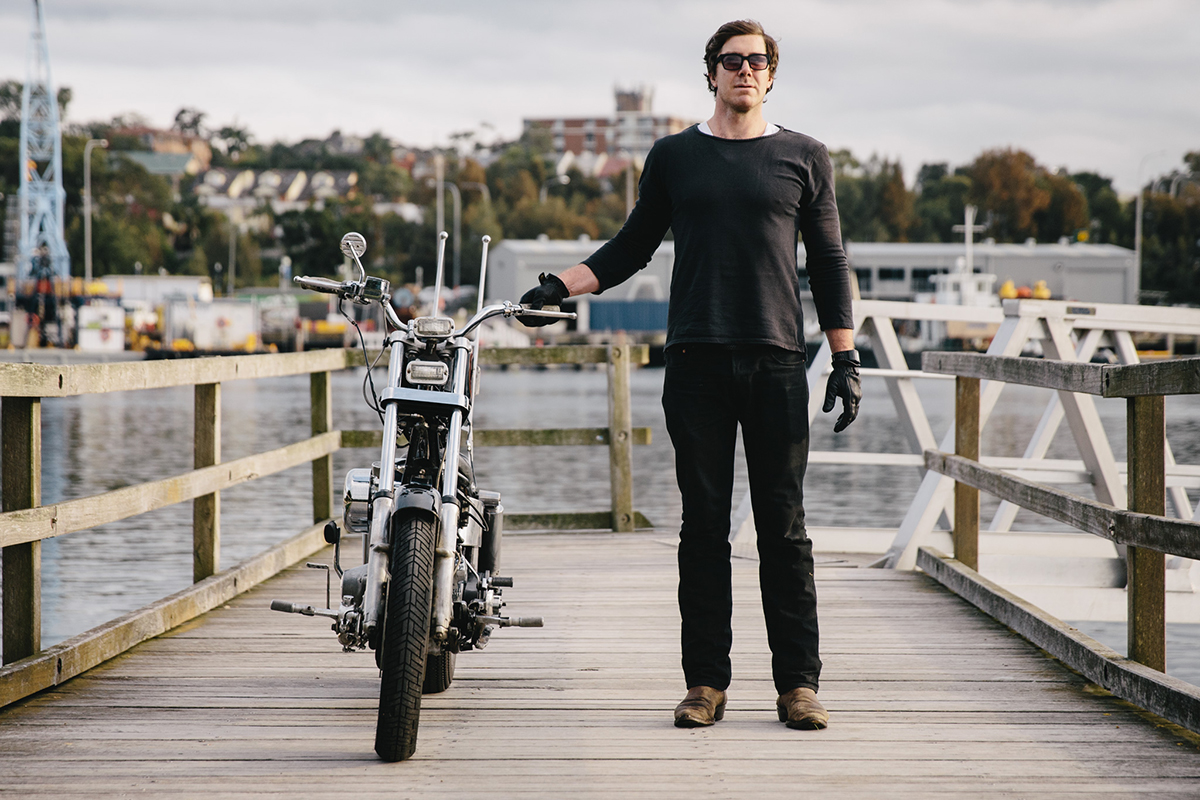 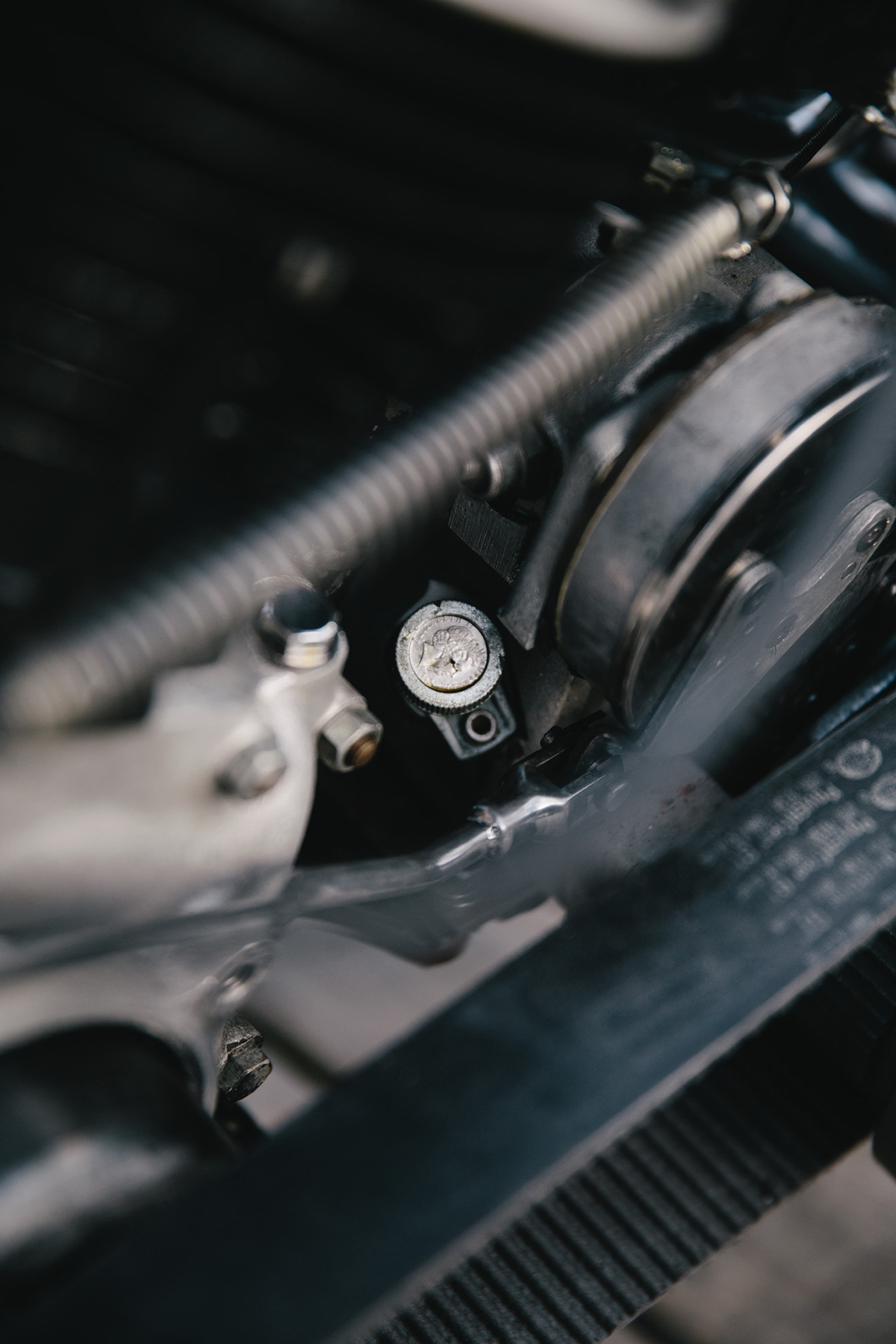 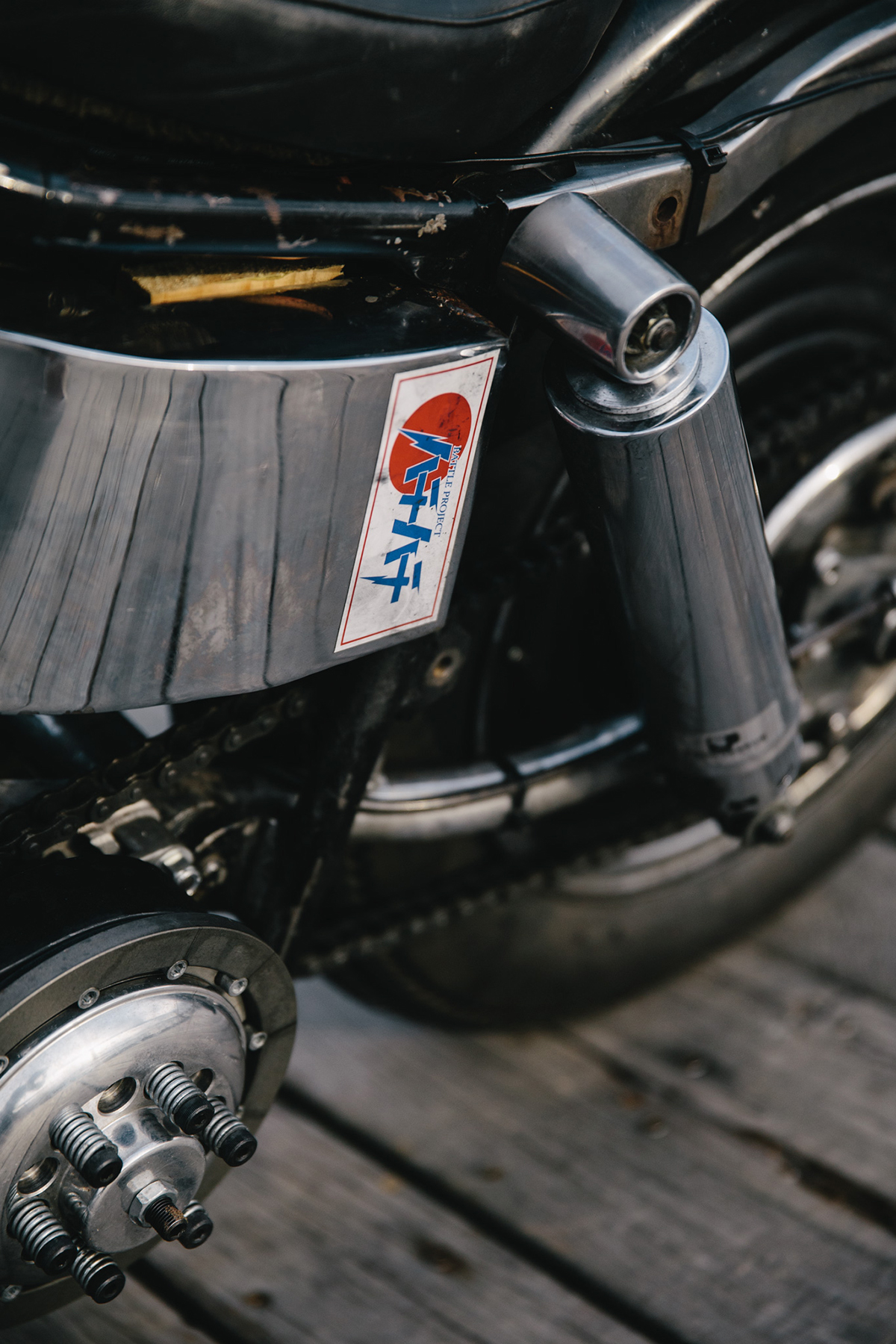 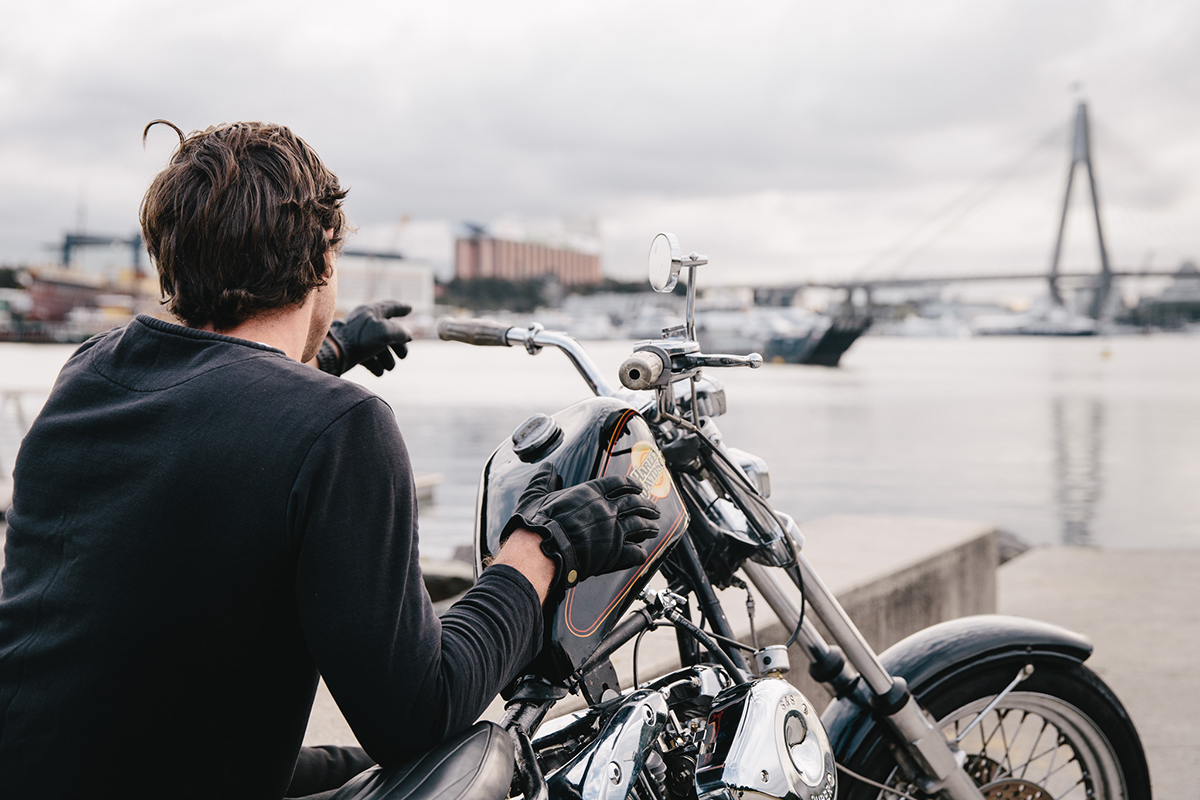 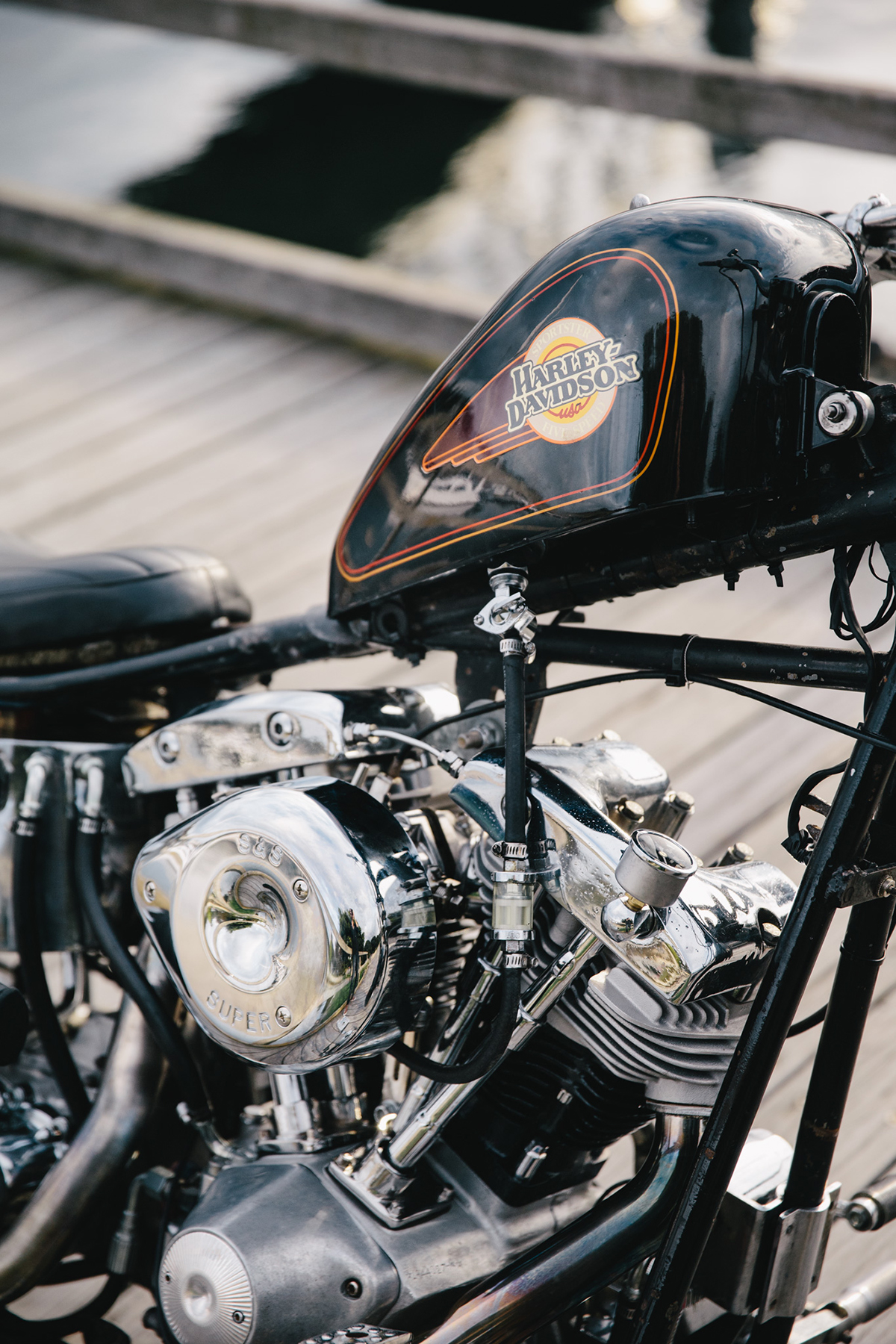 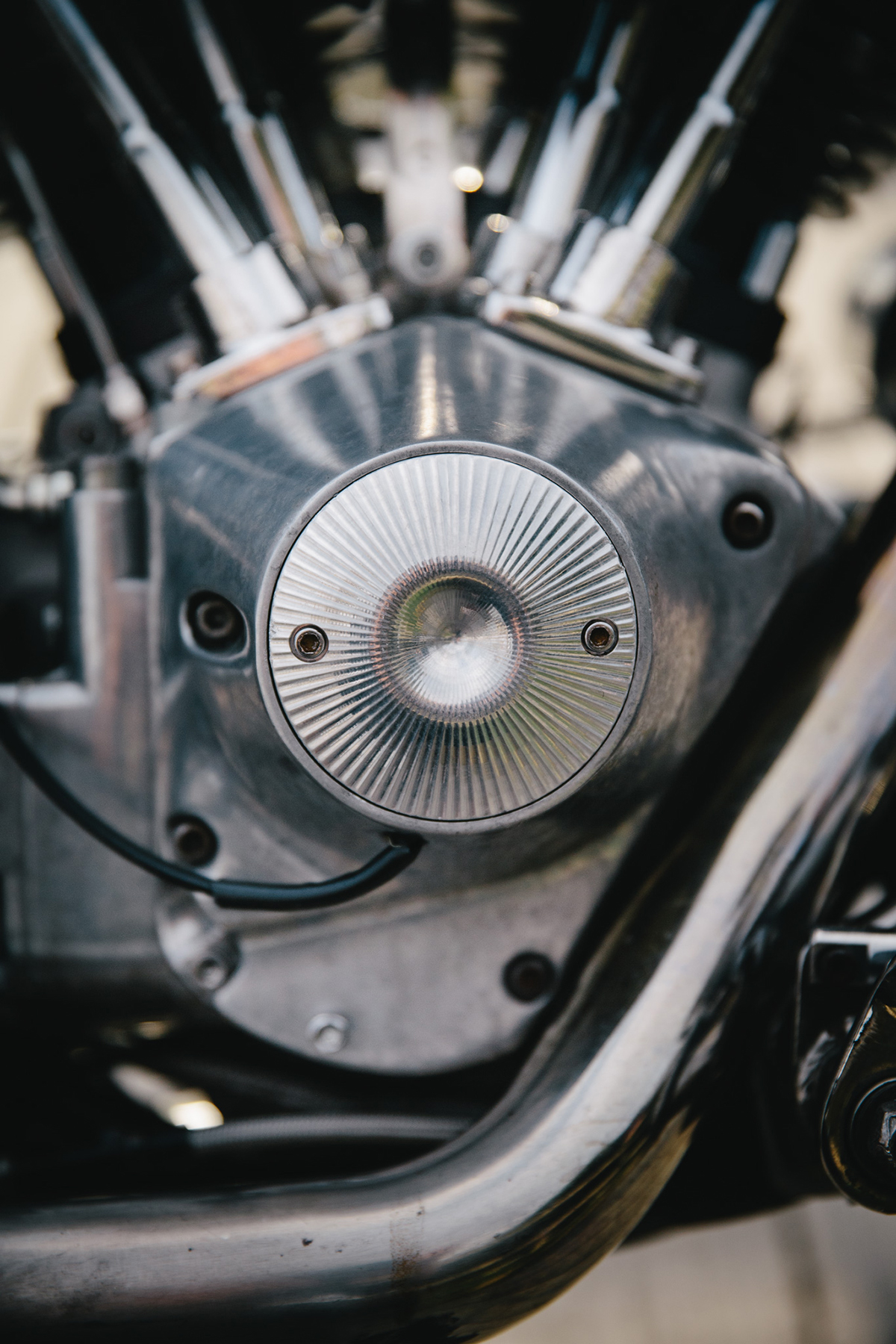 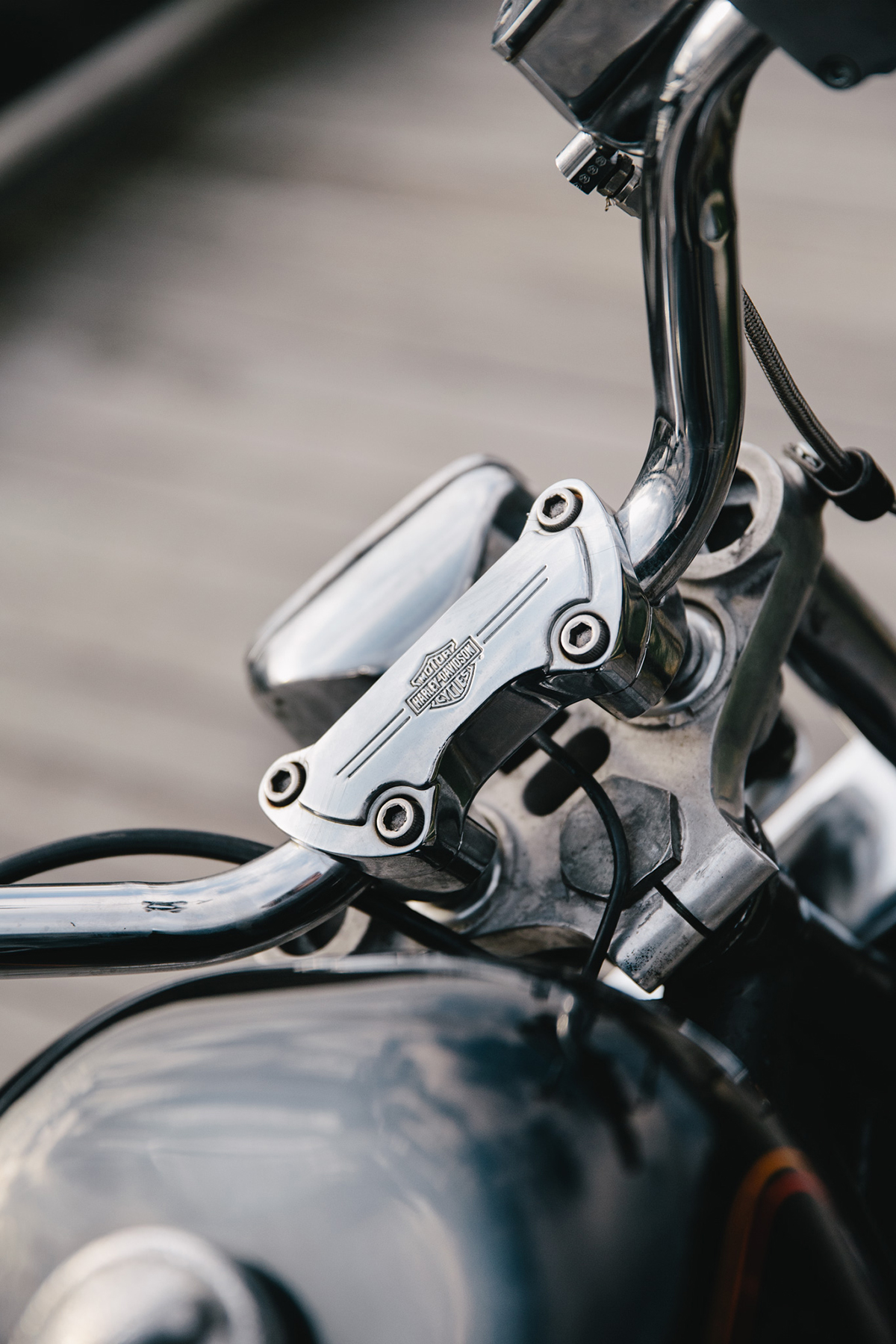 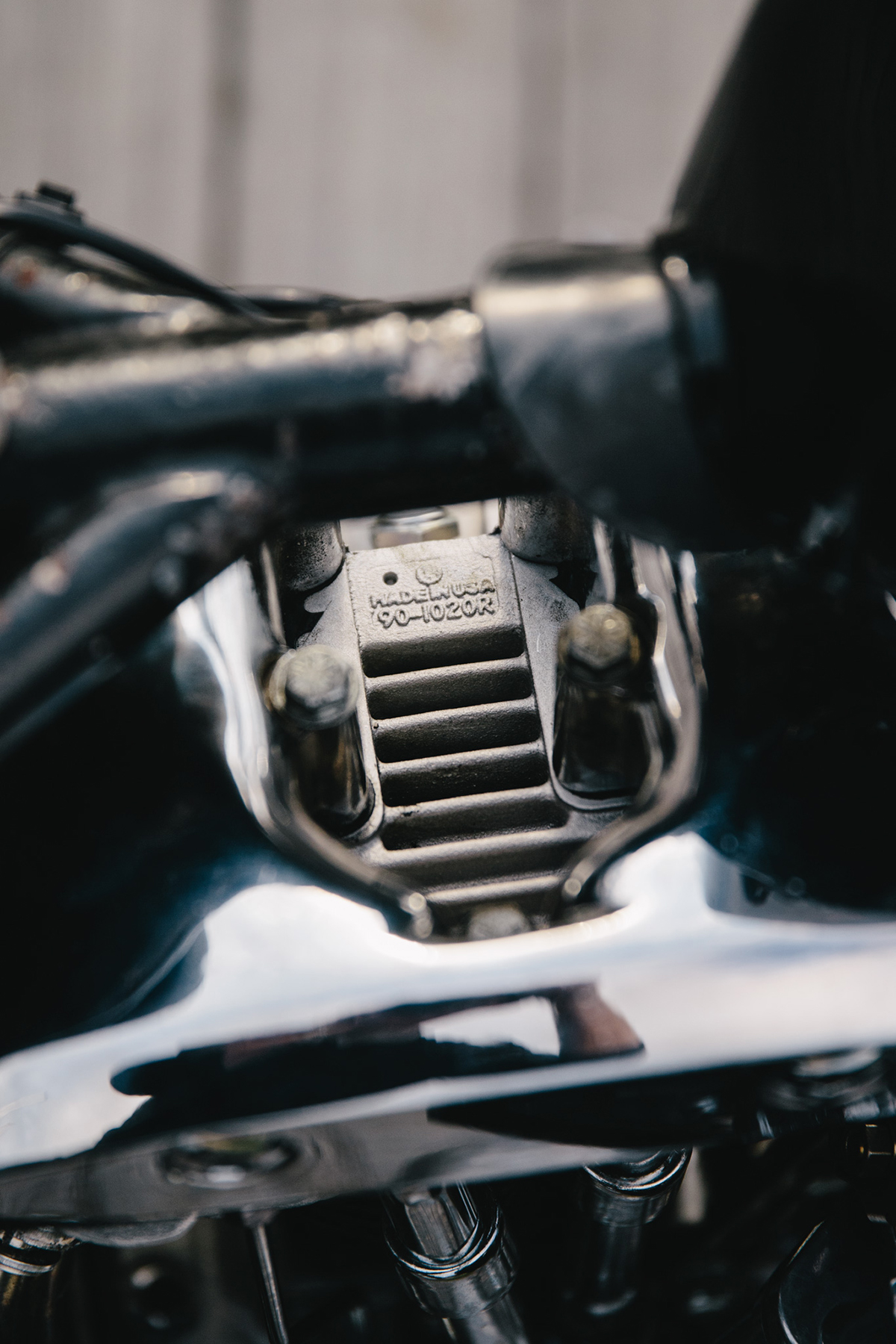