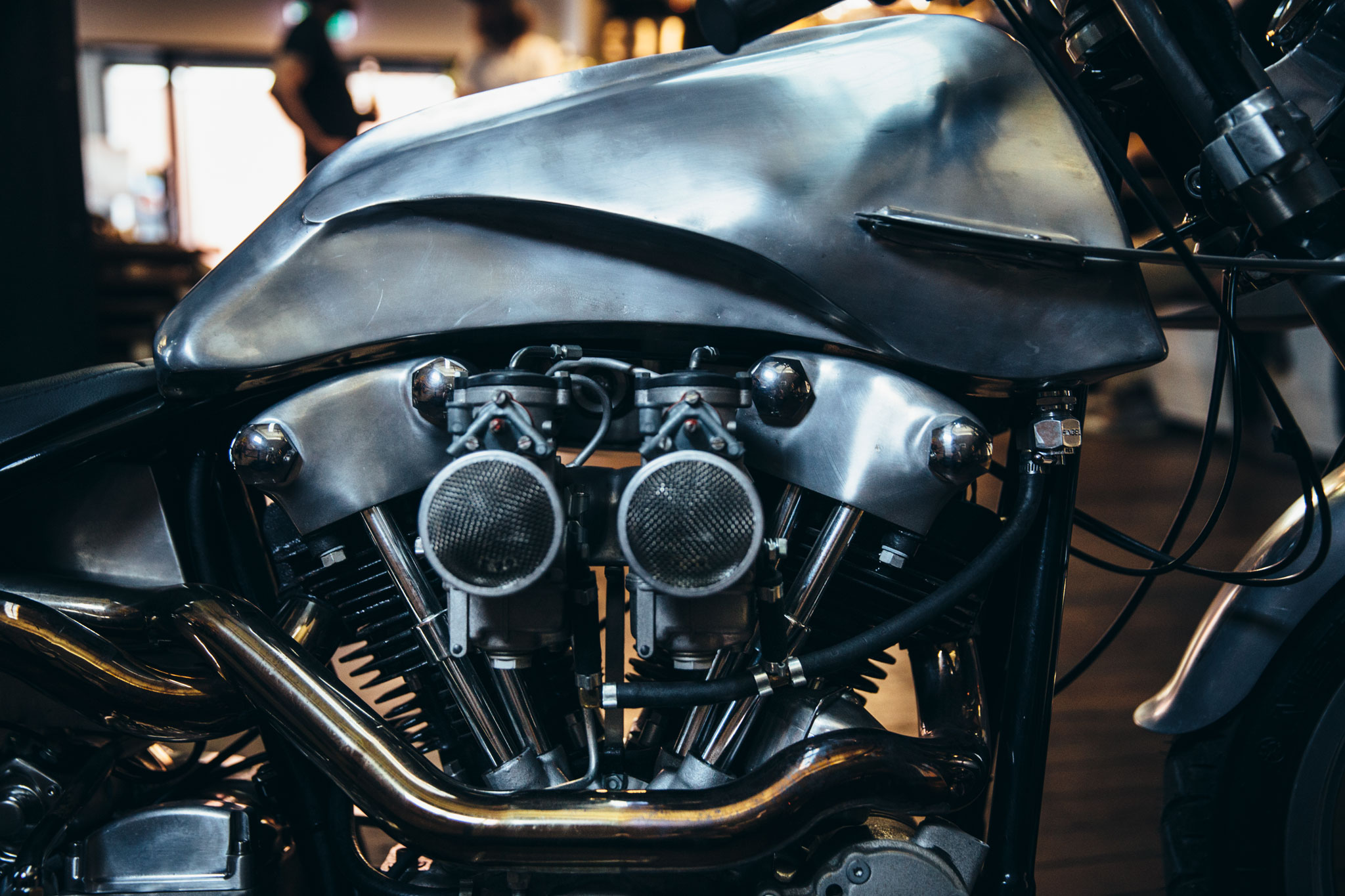 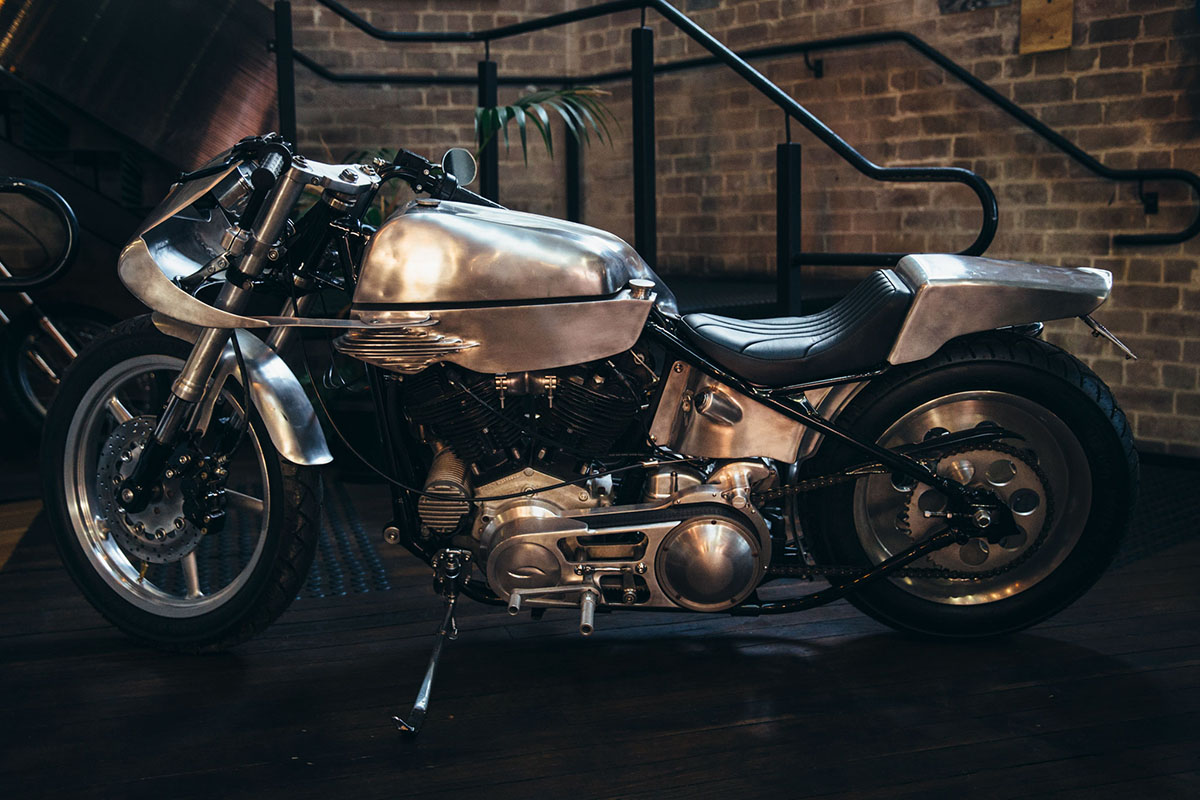 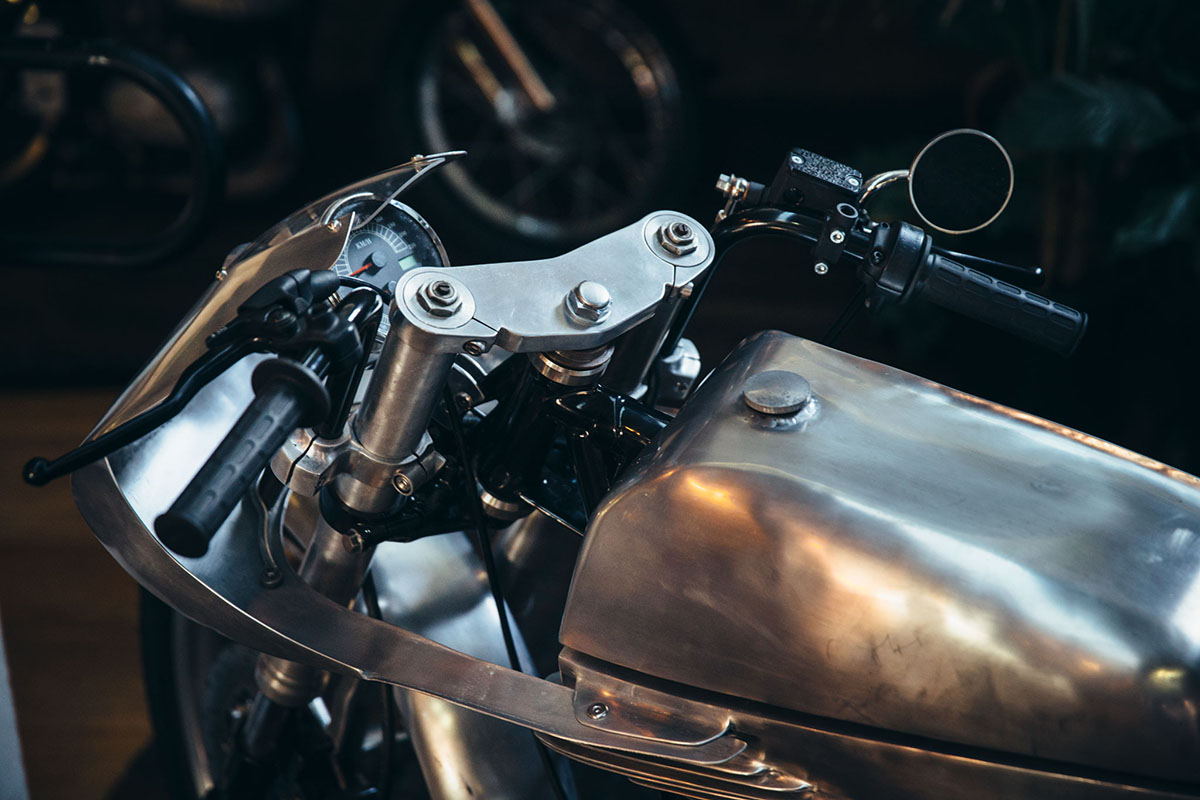 It was in October of 2016 that Rising Sun Workshop first had Matt Machine share his knowledge and experiences to anyone who would listen. This would be based on the history of custom motorcycles, and the balance between modification and customisation. This night, however, would be something a bit different; it would be a lot more personal, and with the incredible custom machine sitting proudly on the floor of RSW, a lot more tactile. 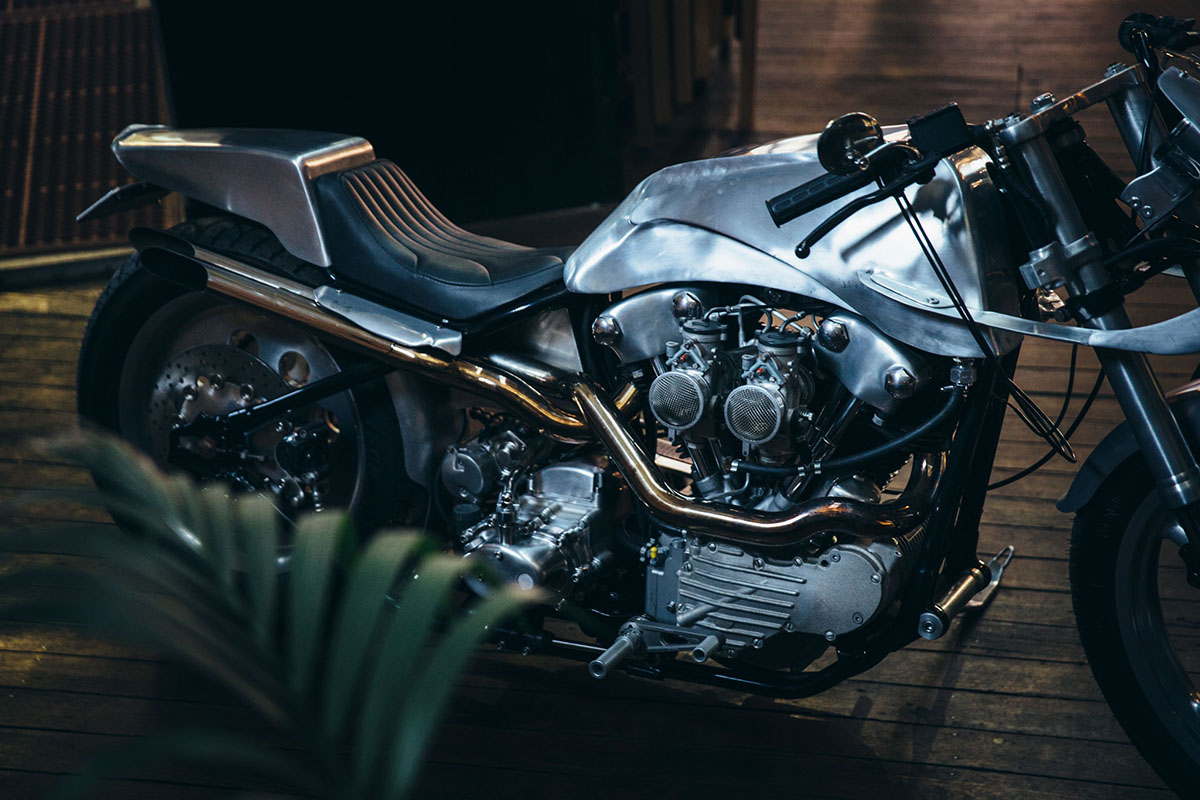 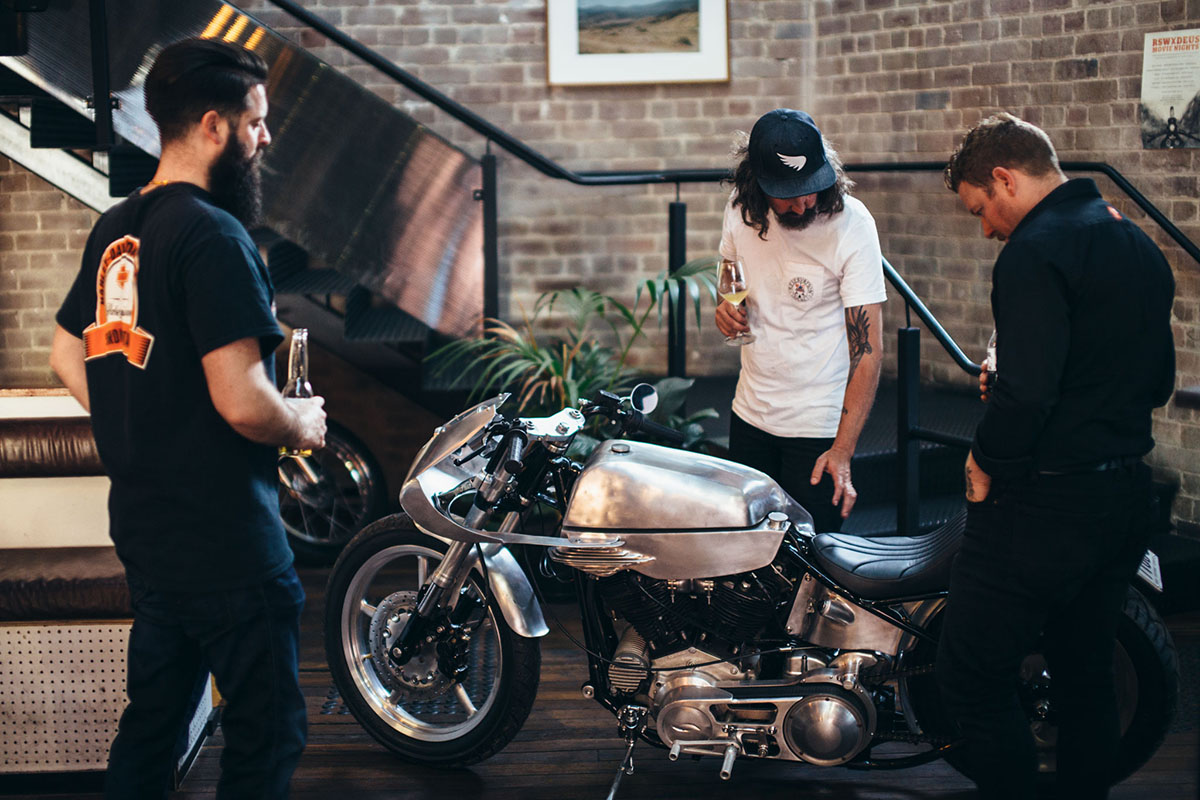 Matt Machine has flexed his custom bike muscles at Born-Free before, taking out the ‘Best British’ trophy in 2015 as an invited builder – an incredible honour in its own right – and was invited out again this year.  Matt wouldn’t be wrenching solo on this project however, teaming up with young-gun Brad Miller to combine their creative and technical prowess. We first met Brad when he was wrenching out of his home garage in Canberra, and since then he’s gone on to create some truly incredible builds, showing the world his natural talent and passion for these machines. 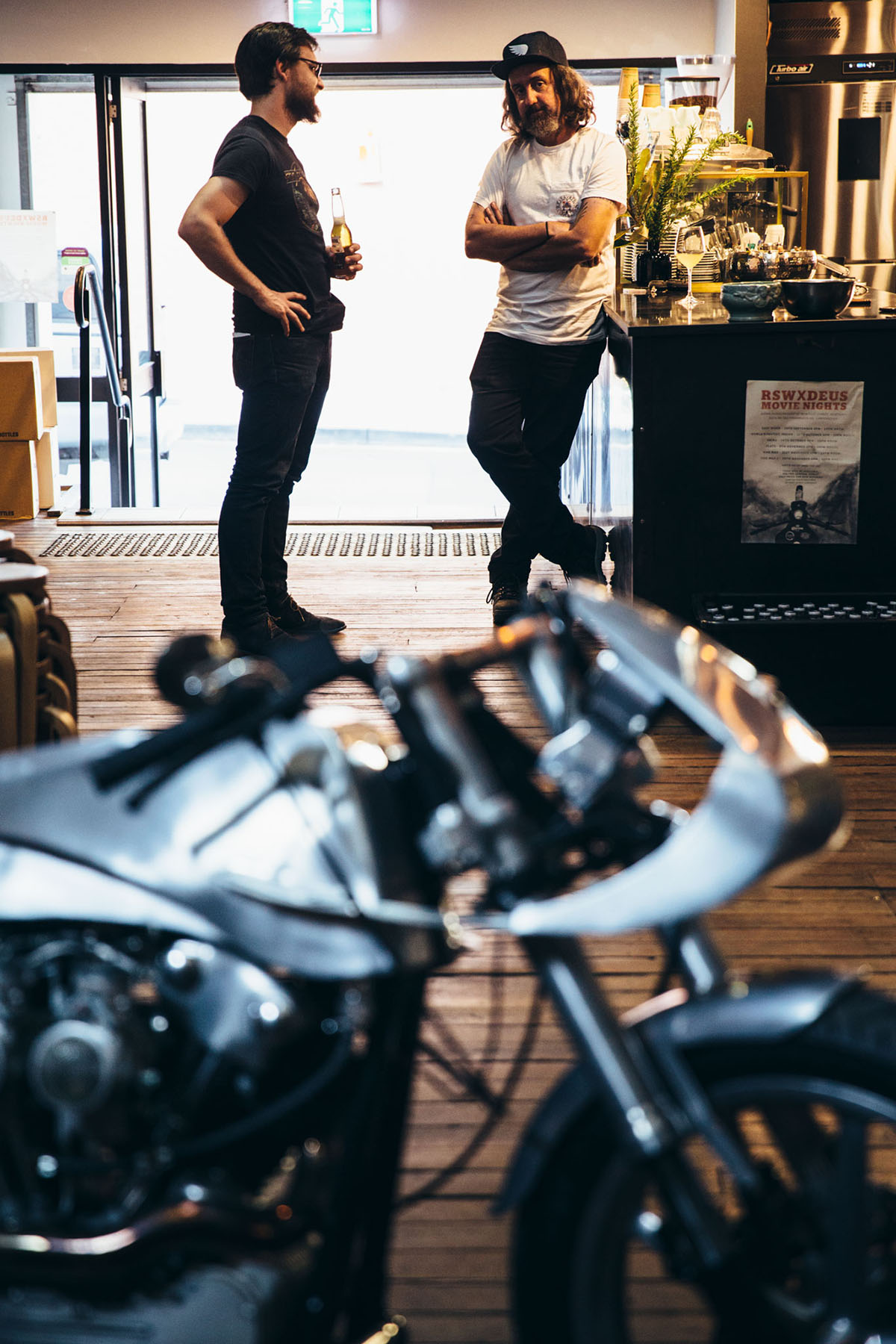 The build process for this S&S Knucklehead would be experimentation into learning to work extensive hours alongside one another without killing each other. 12hr+ plus days working in close quarters would take it’s toll on just about anyone, but it’s a relief to say that both Matt and Brad are currently alive and breathing.  The plan for this machine would to be create a garage chopper with whatever parts were available to them, while still creating something different. By different, we mean breaking away from the traditional 60’s and 70’s style choppers and bobbers that populate most of the Born-Free show. Matt’s inspiration would flow back a few more decades, with plenty of non-traditional flare. 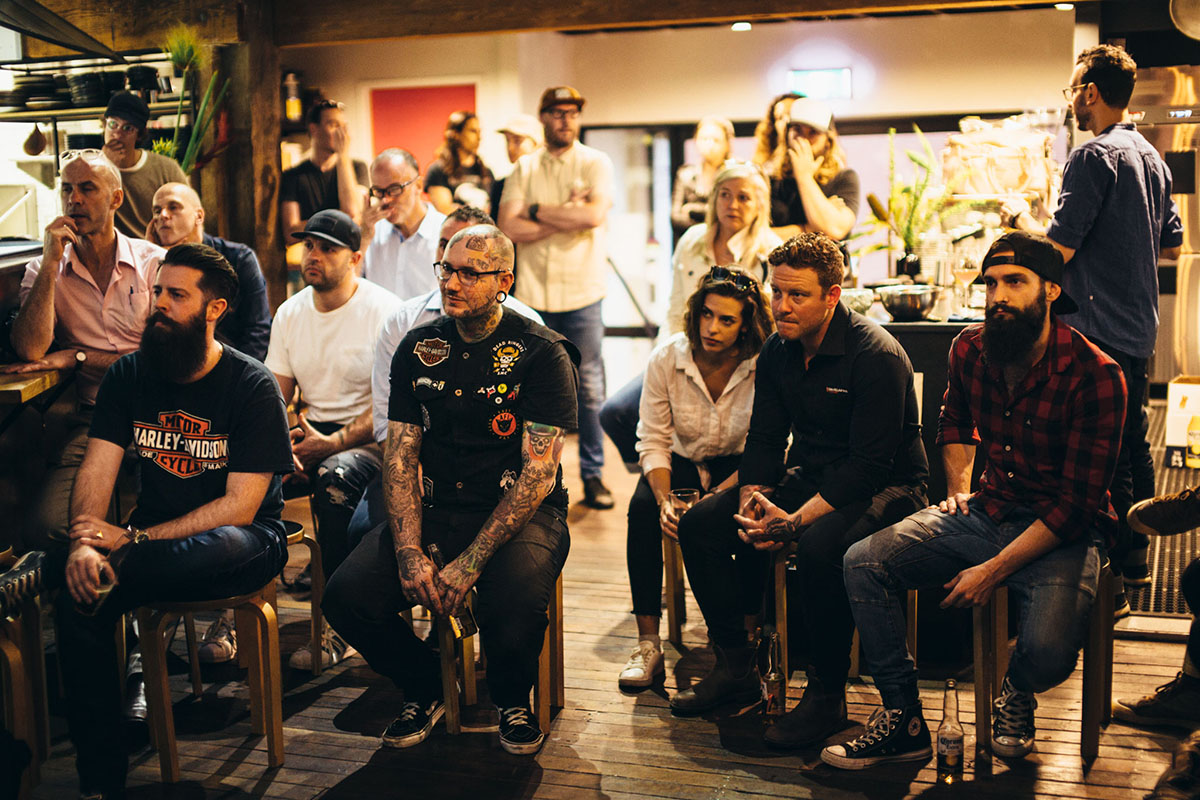 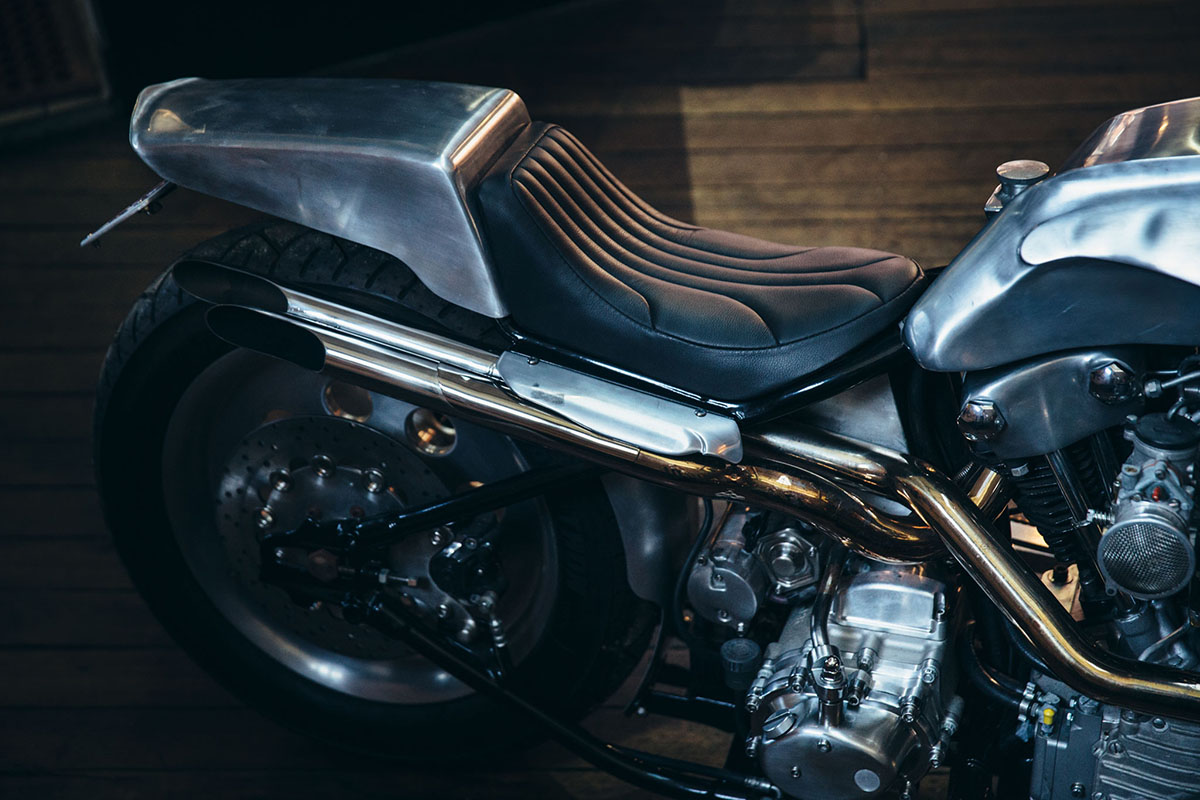 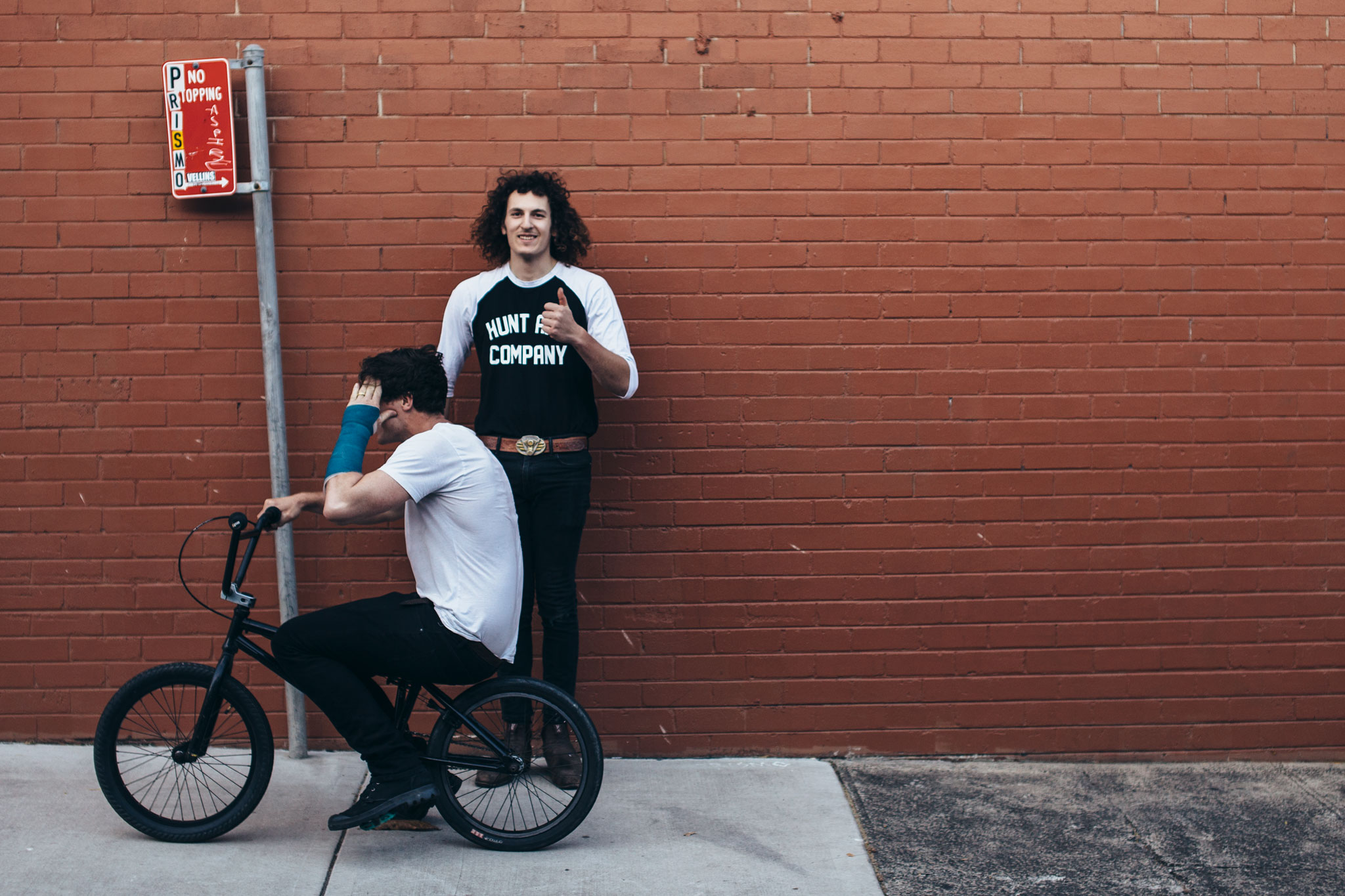 The night was dubbed ‘Builder’s Confession’ and that’s exactly what we got. It wasn’t about telling everyone only the positives, or making the build out to be a crucially thought out, finessed machine. But instead, it was a truly honest and open discussion on the process of this machine, and on working together in close confines for extended hours with a deadline to get this project completed before it was to be shipped off on a plane to the United States. This would be a proper garage build, with simple tools and whatever was lying around to be used. Matt’s skills would be seen in the aluminium work that makes this bike stand out, shaping it with an Oxy, annealing it before bending it by hand – while Brad completed most of the rest. 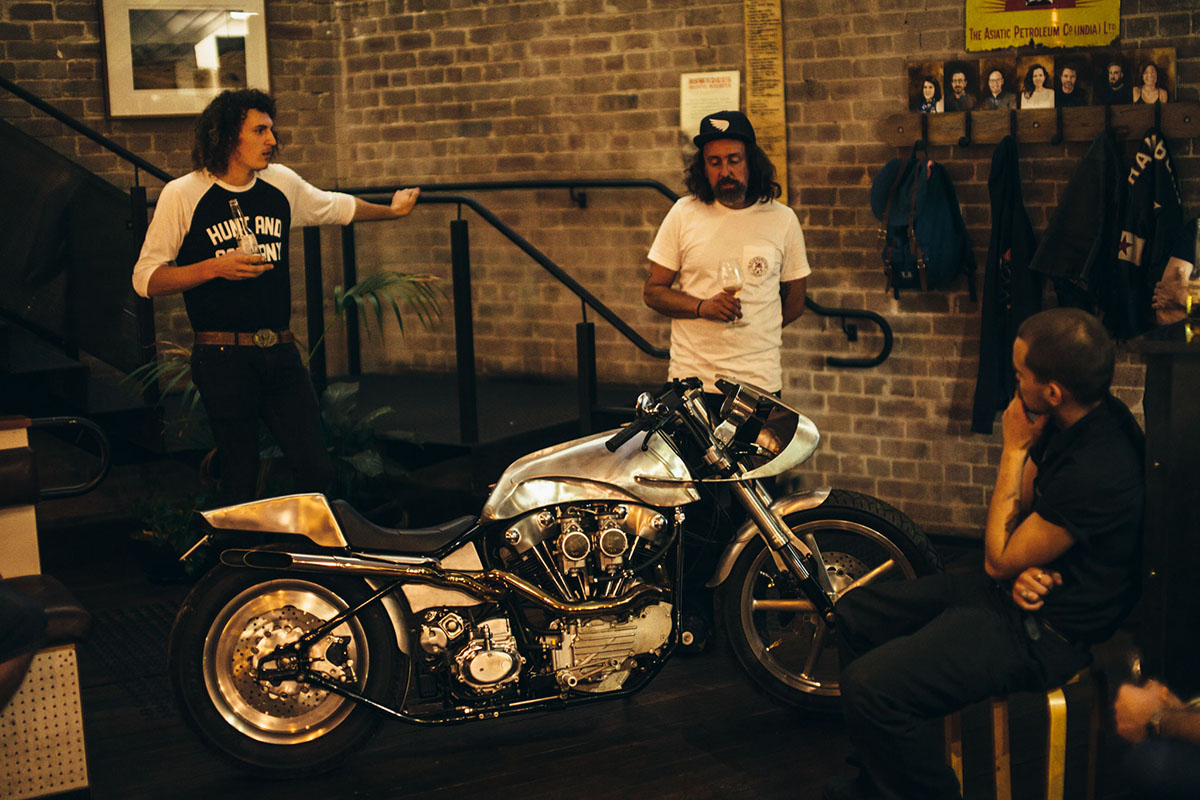 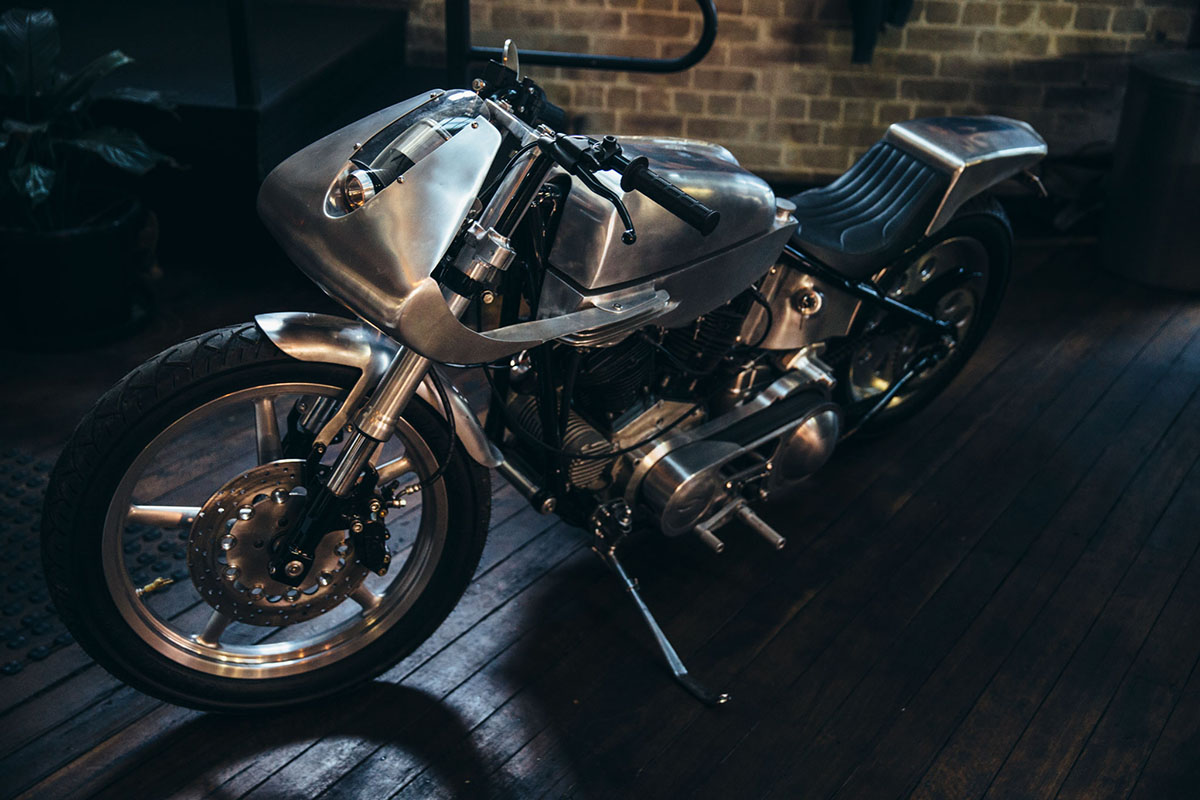 The key goal in completing this non-traditional machine would be to have something that not only ticked an aesthetic box, but could also perform well and brake well. The organic nature of the build saw a natural process of parts changing throughout the project, however some parts were already planned before the build had begun – such as the oil tank. Much of this work was completed with tools that might not have been the best suited for the job, but Matt and Brad stressed to the punters of this evening that the job could still be completed – it would just take a few more hours. 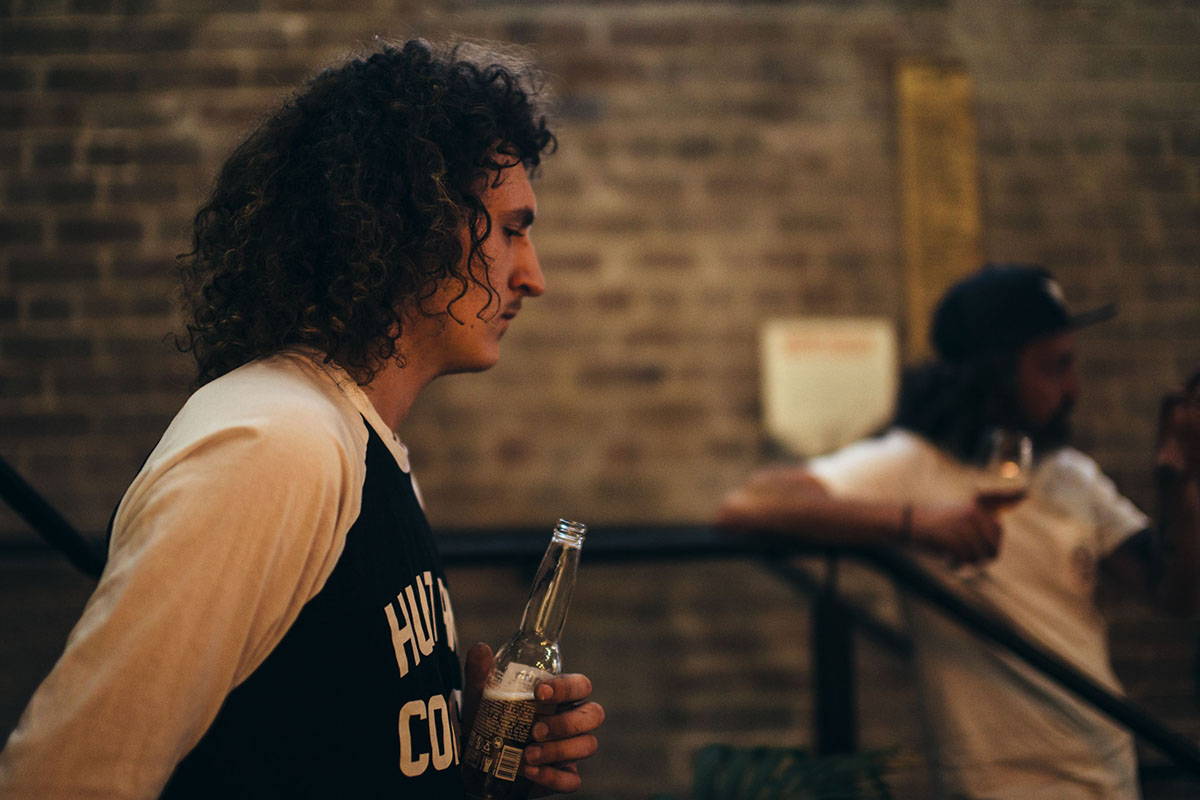 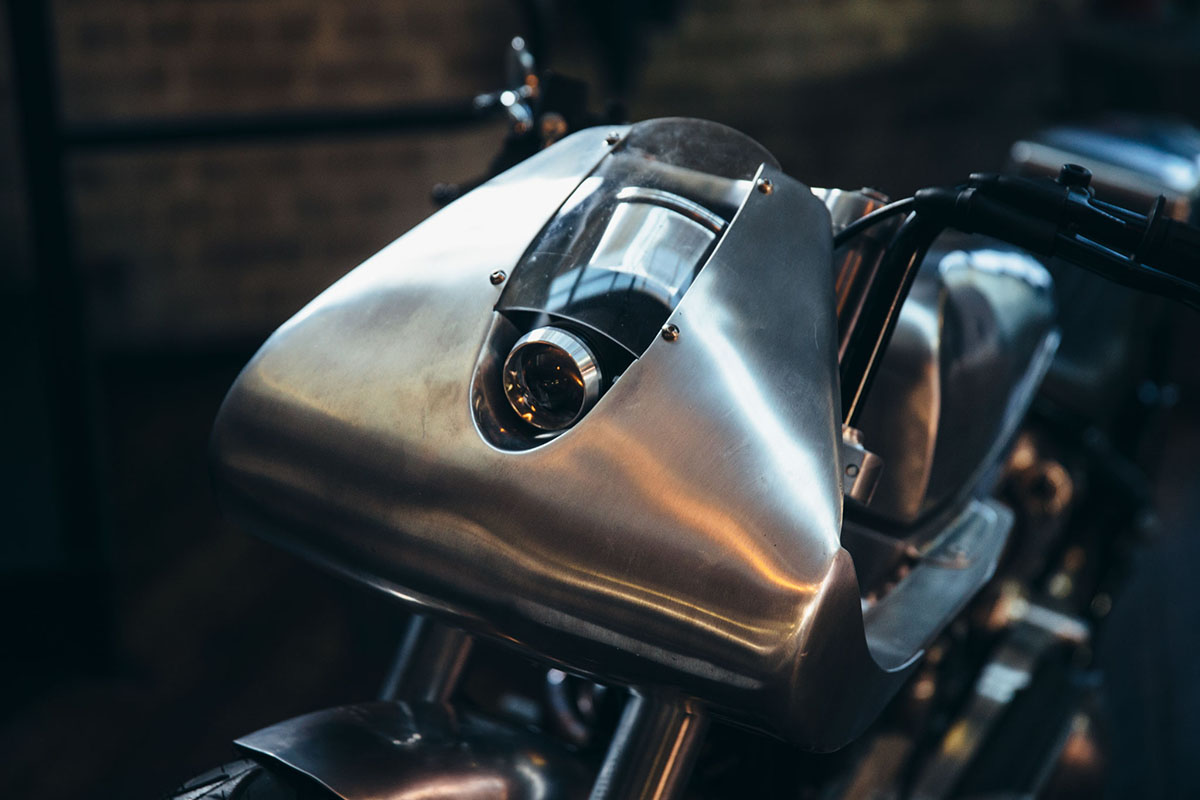 For a first time as well in this build, Matt had enlisted the help of a friend with a 3D printer, who had helped create the manifold. Despite the old school feel and techniques used in his builds, Matt stresses that we should all embrace technology, and surround ourselves with those that do. If there’s any issue with a part or build, you can make it fit, and you can find the solution. Matt and Brad are very much cut from the same cloth in that they’re ‘At-Home’ people. If there’s a problem, then there’s a solution that they can find in themselves instead of paying someone else to do it.

For more on Matt and Brad’s incredible work, follow the below or be forever missing amazing machines in your life. 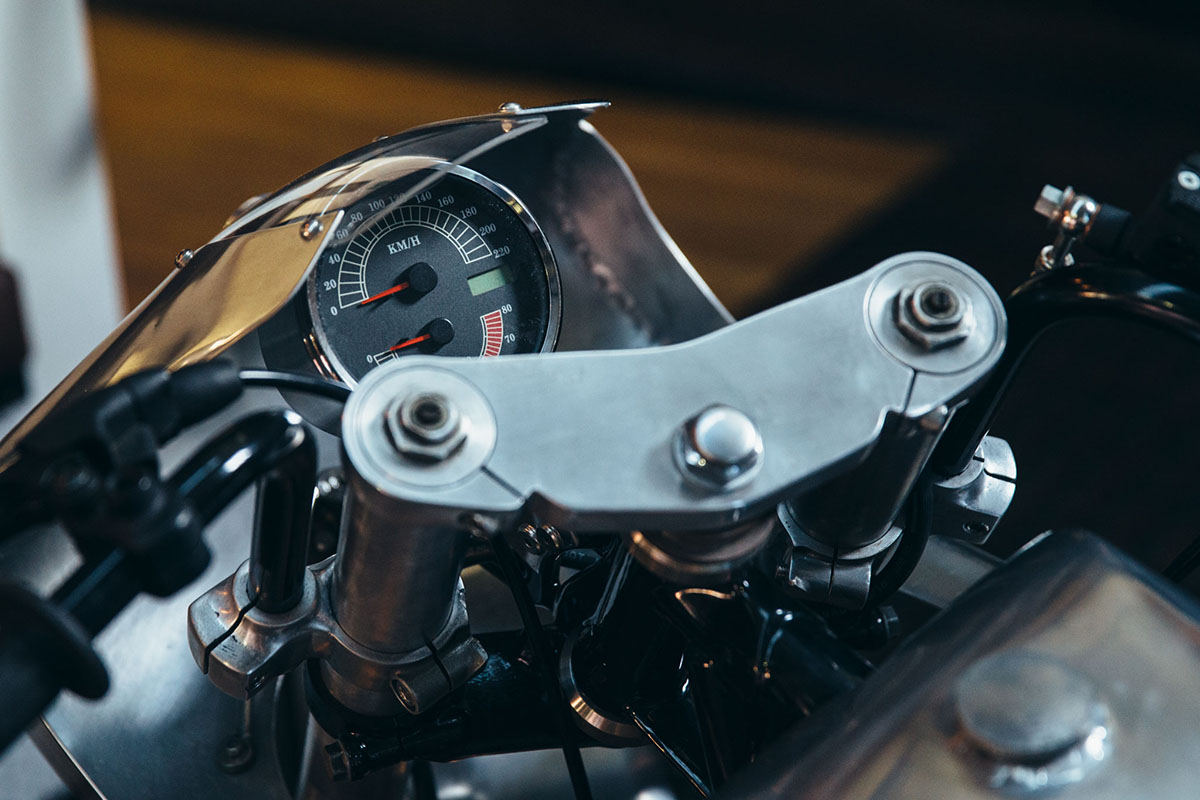 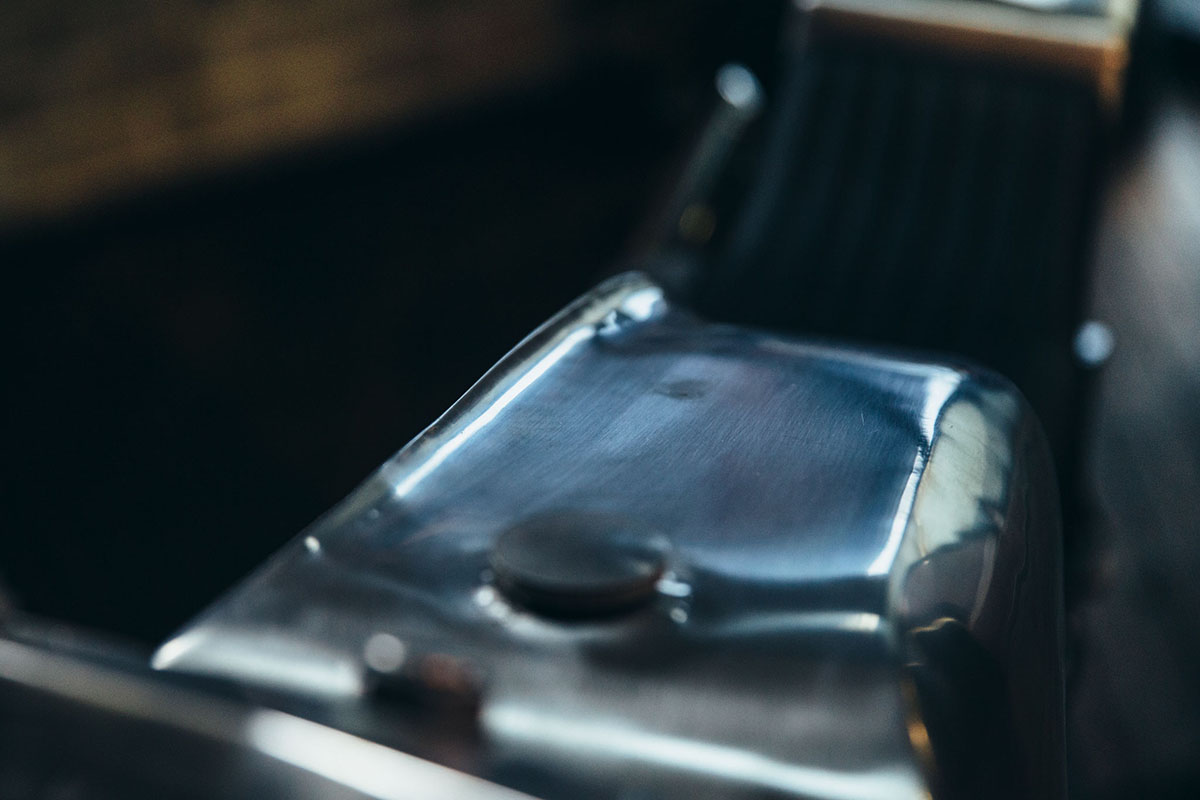 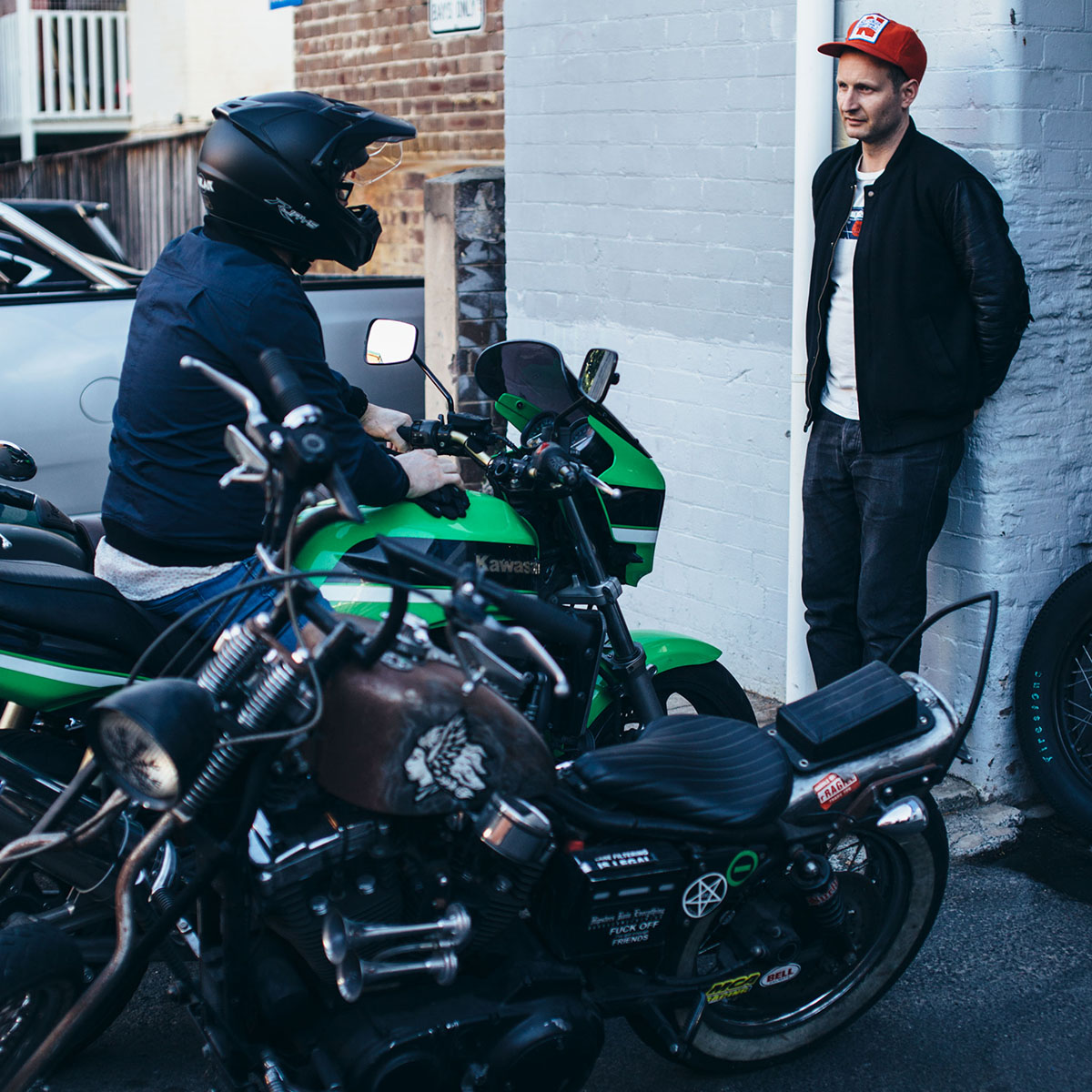 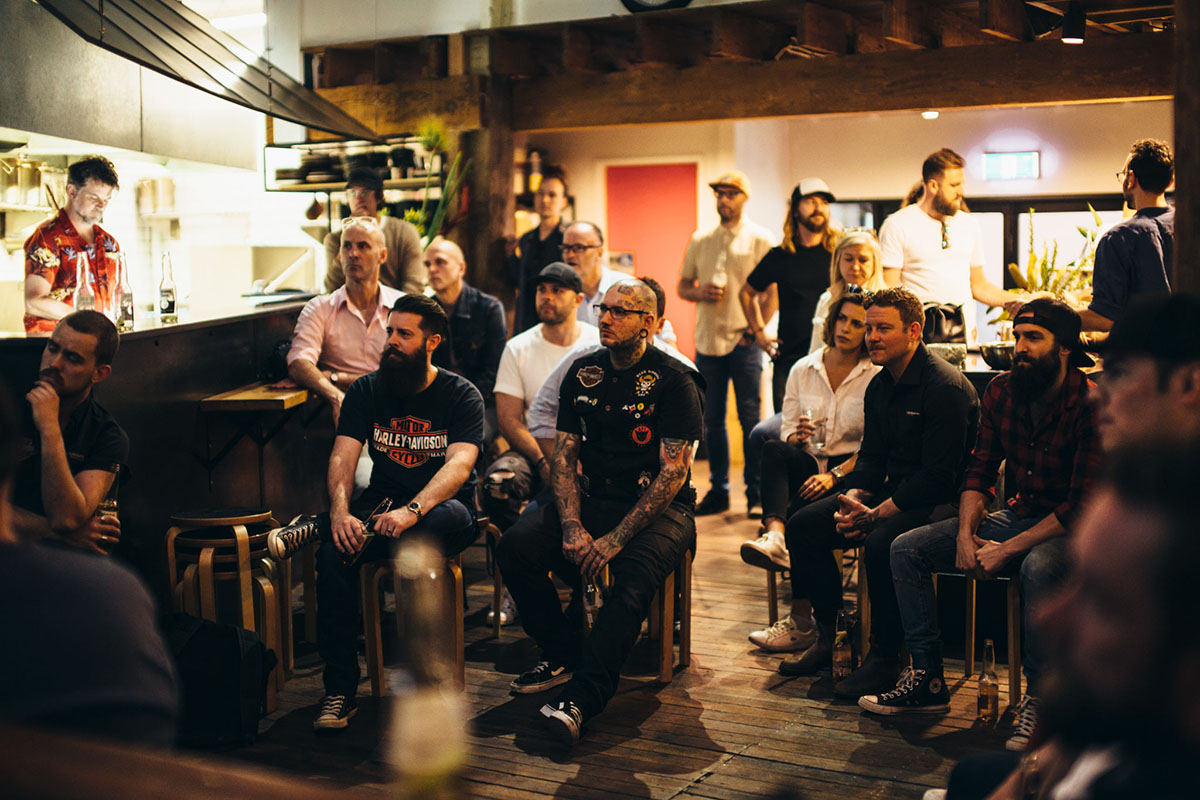 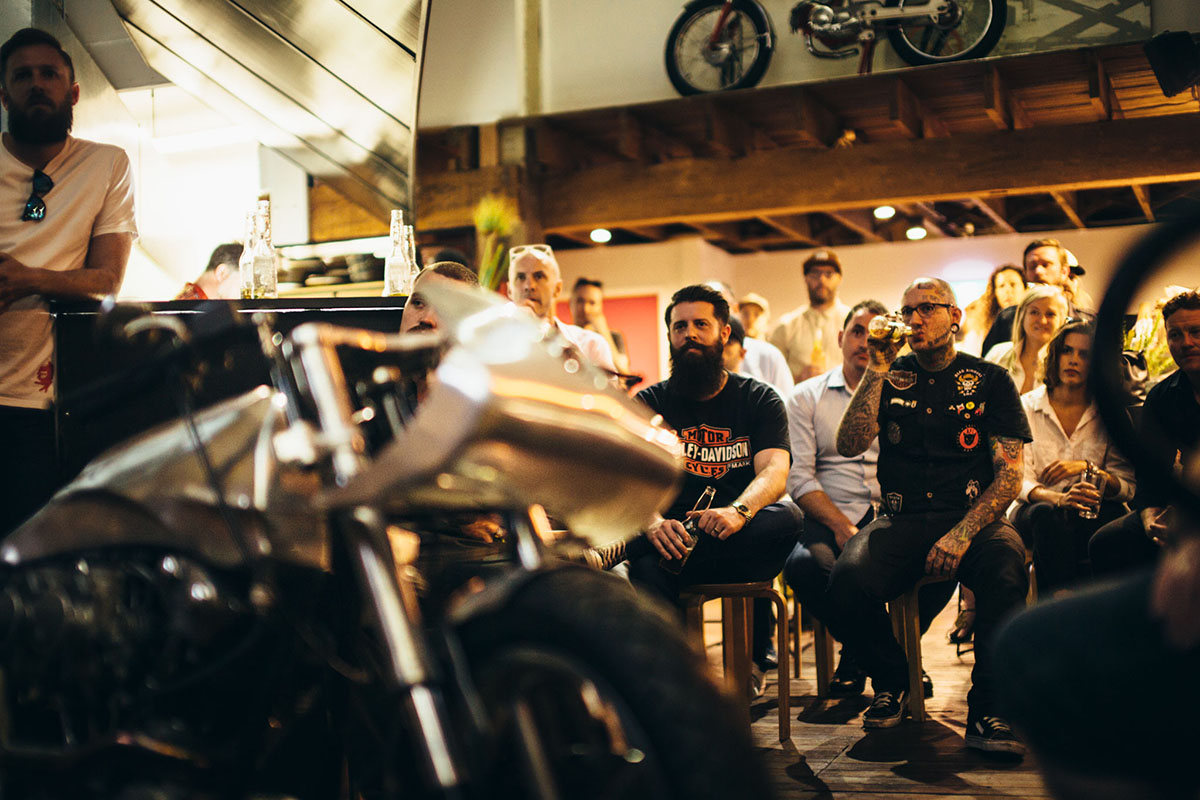 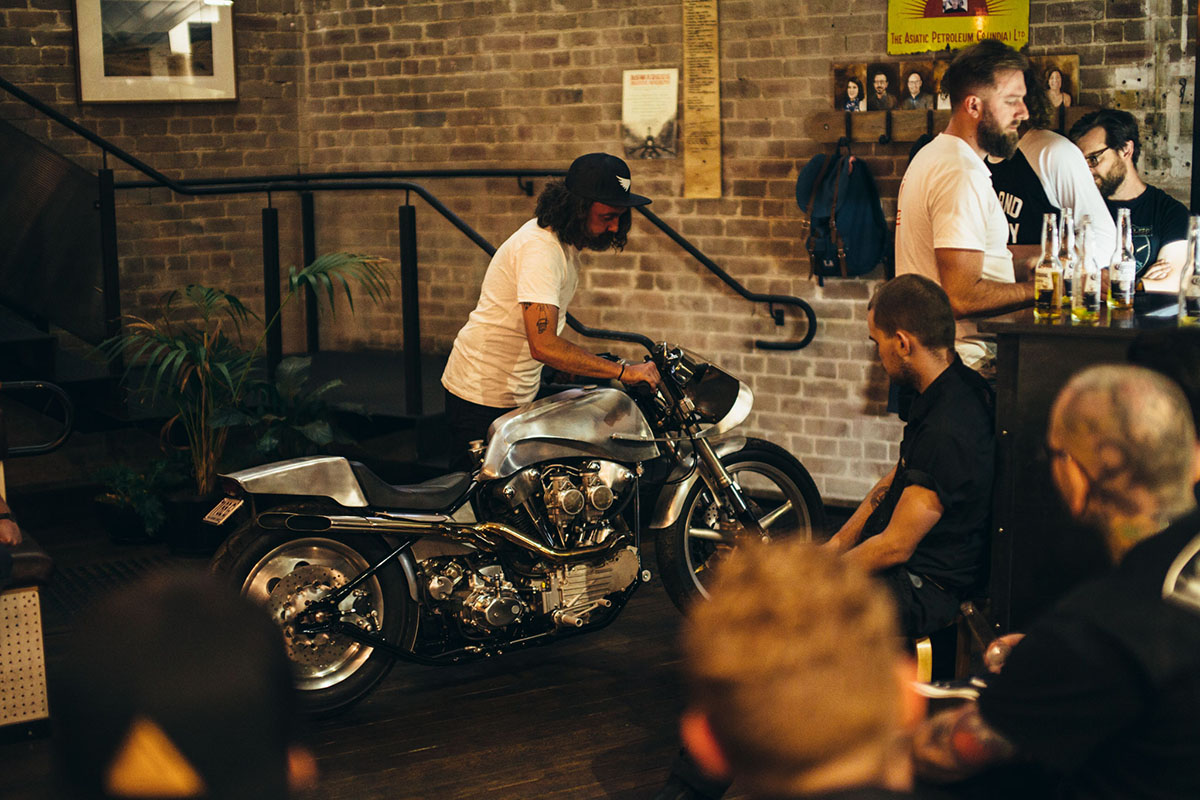 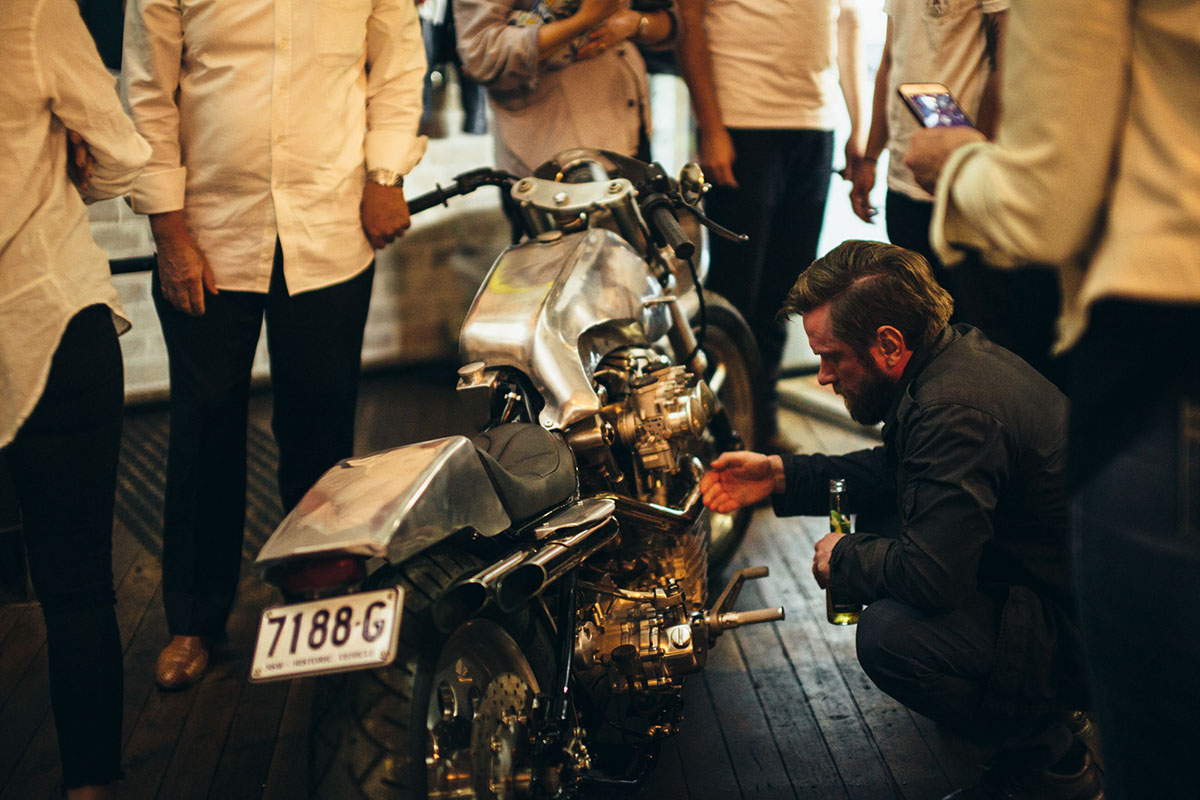 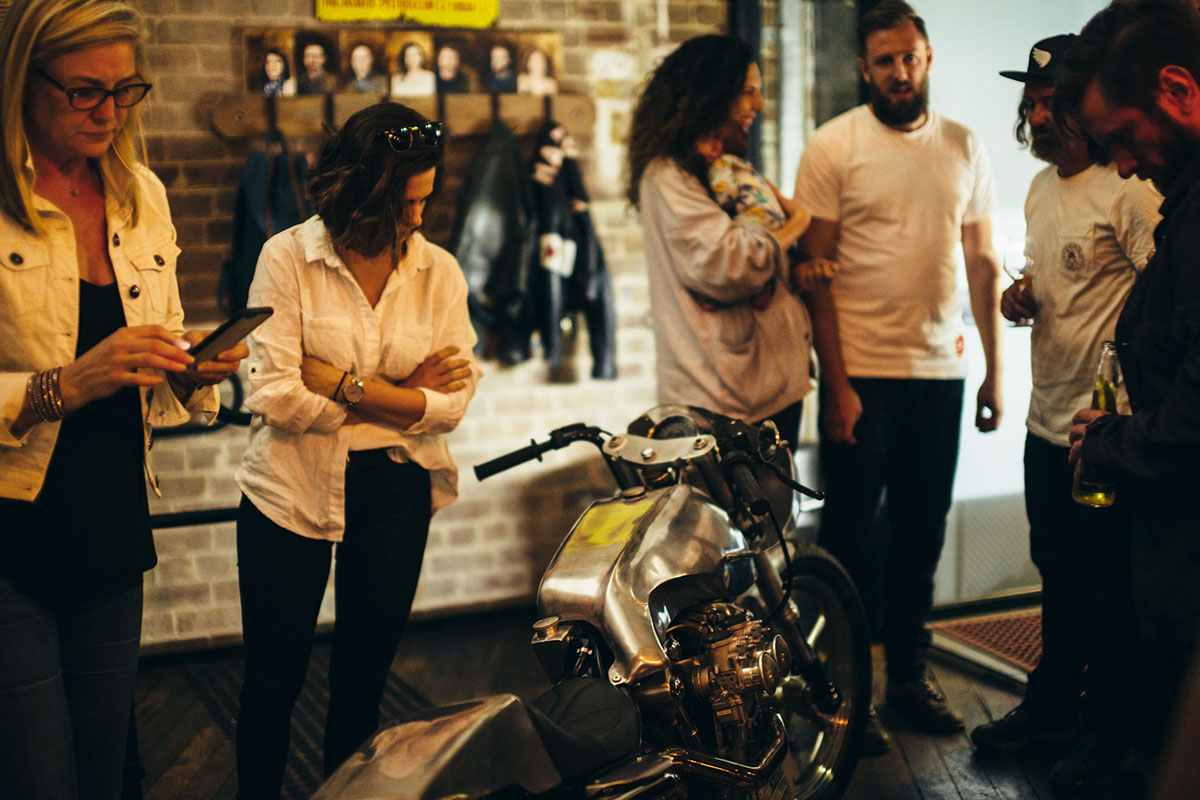