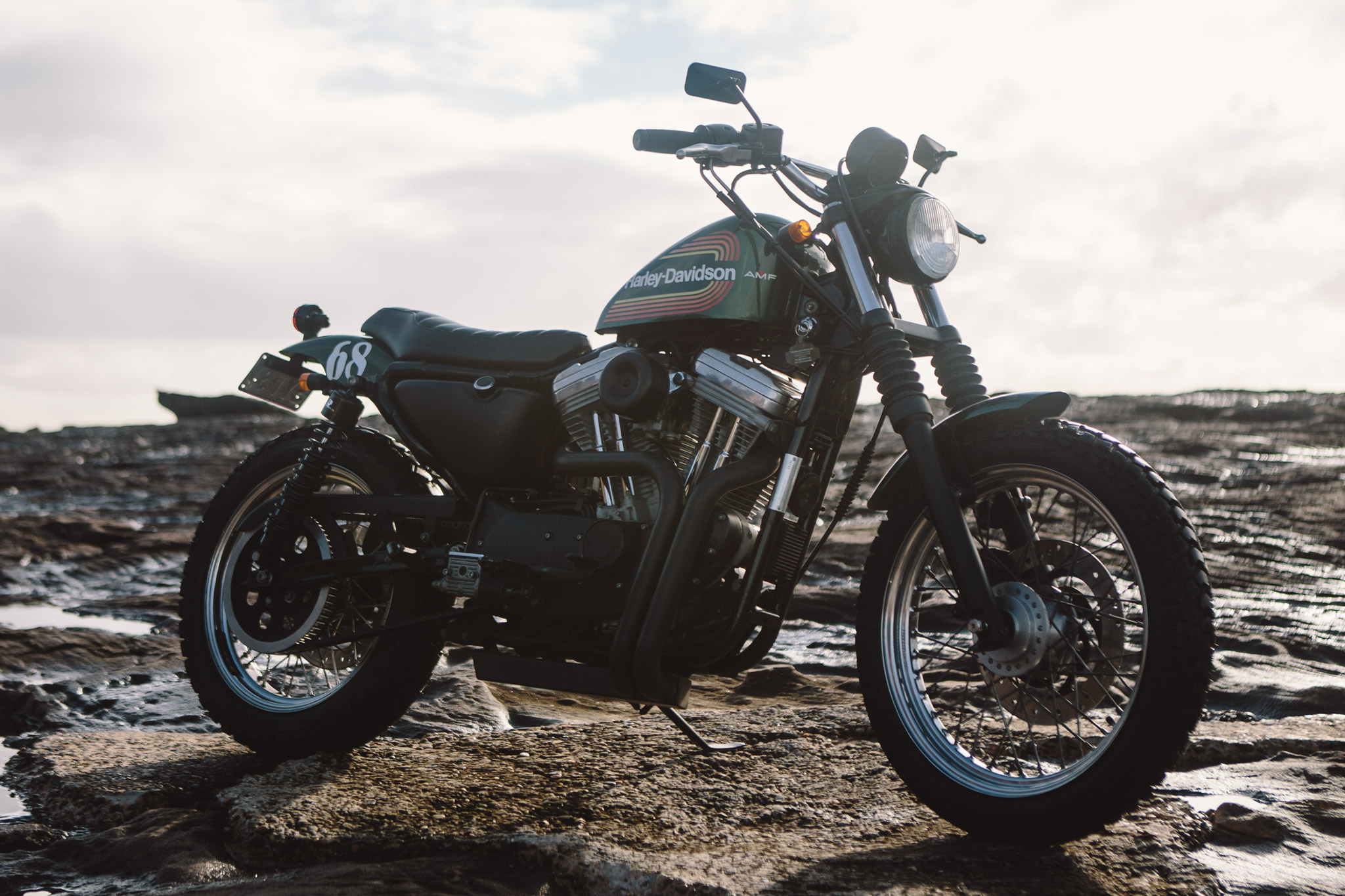 Growing up in communist Slovakia, you’d scarcely find any Western motorcycles, let alone a Harley-Davidson – a machine that’s just about as west as it can get. These early days for Michal would be greatly contrasted with today, as he tears up and down the beaches of Australia on his custom Harley Scrambler. 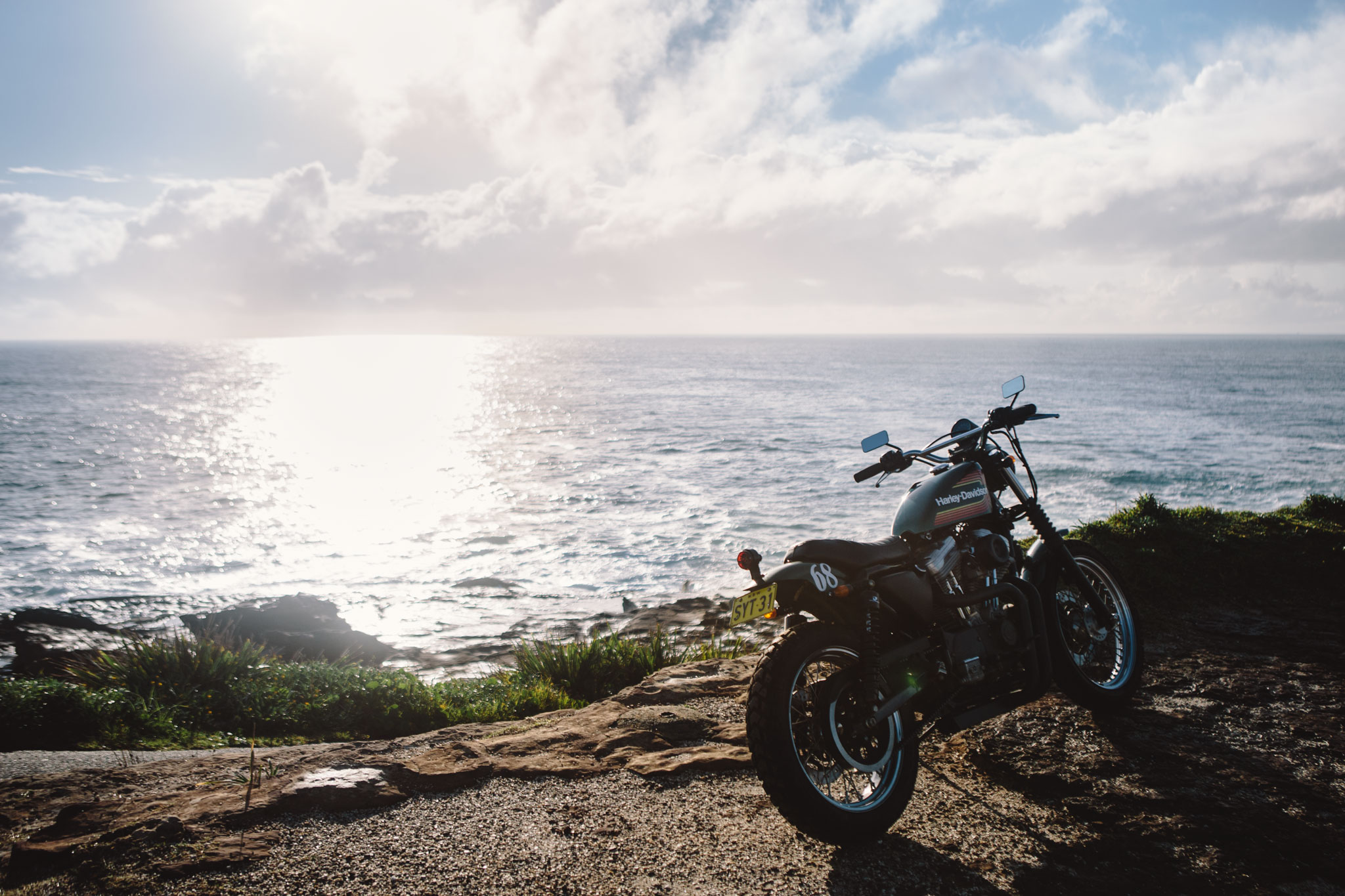 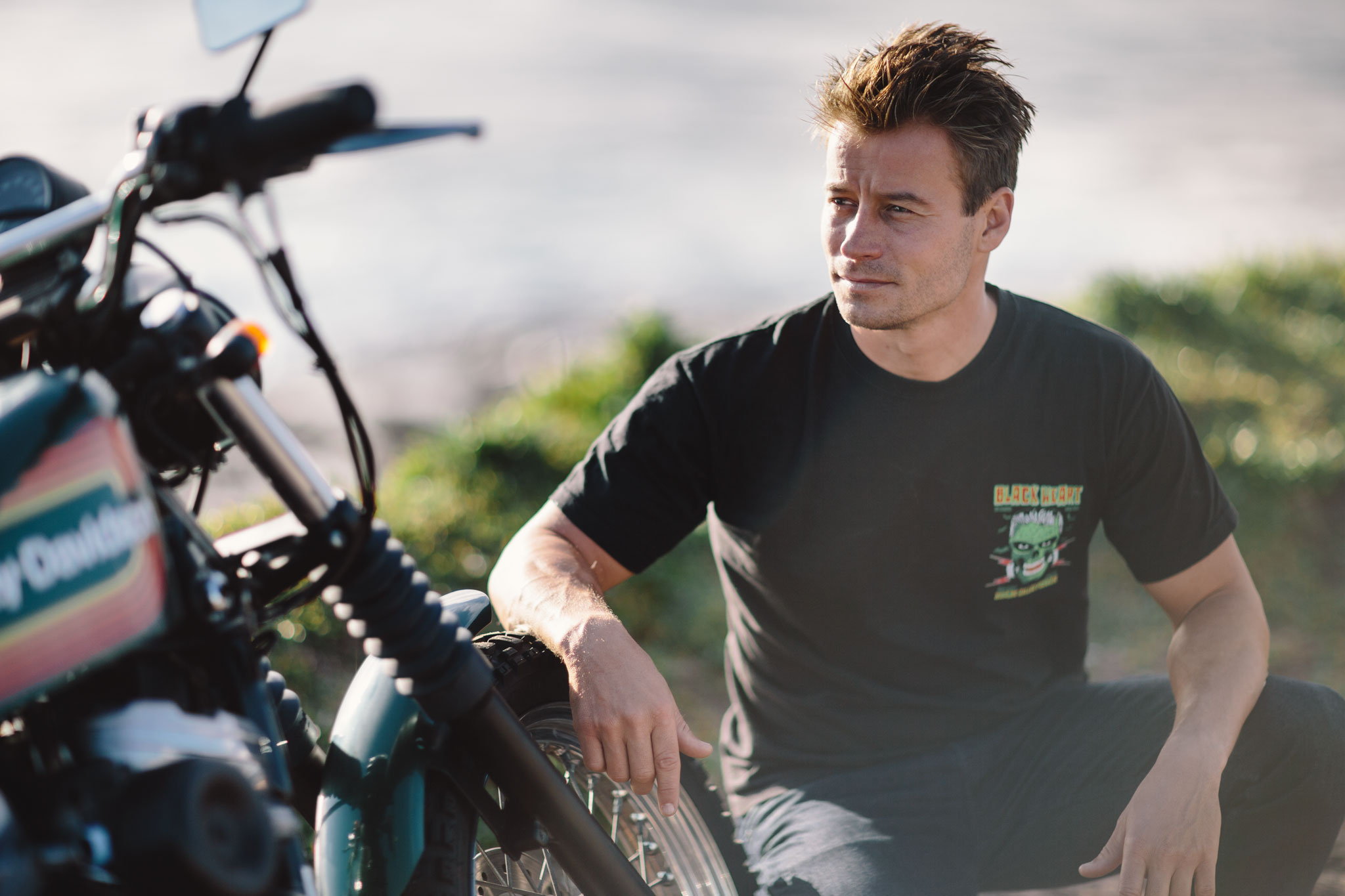 Growing up in Slovakia, you’d find Michal riding along with his father in the sidecar of their Jawa 250. “My Dad still has that bike, he was the coolest guy around where we lived. Every time he kickstarted the bike all the kids from the neighbourhood would be out, looking at the bike and following us as we rode off. It was so cool to be the kid in the sidecar or riding pillion.” From then on, bikes would constantly surround Michal, as he learned how they worked and how to maintain them from his father who was a handy mechanic. 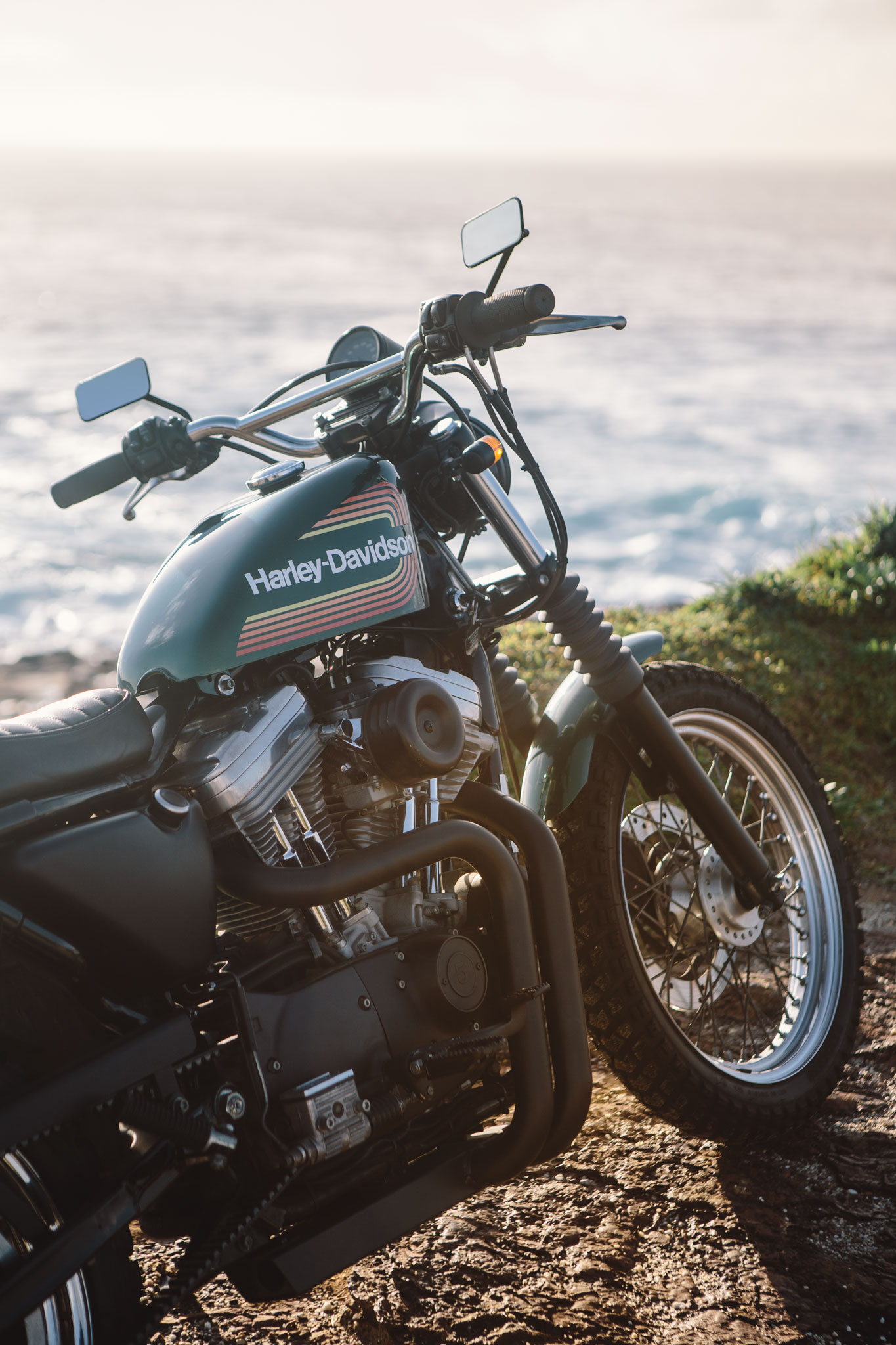 After the Iron Curtain fell, a new world of machines and opportunities were suddenly made available to scores of people living in eastern Europe. A future move to Australia would find Michal making his home by the sun soaked east coast, and of course a new set of wheels would follow suit to match. Cue the Harley-Davidson XLH883. Michal picked up this 1999 model with just 9000kms on the clock, so it was a bike in need of some proper riding and love. “It was all shiny and new when I bought it despite the years behind it, and it was also a carbi model so it was exactly what I was after for my build.” 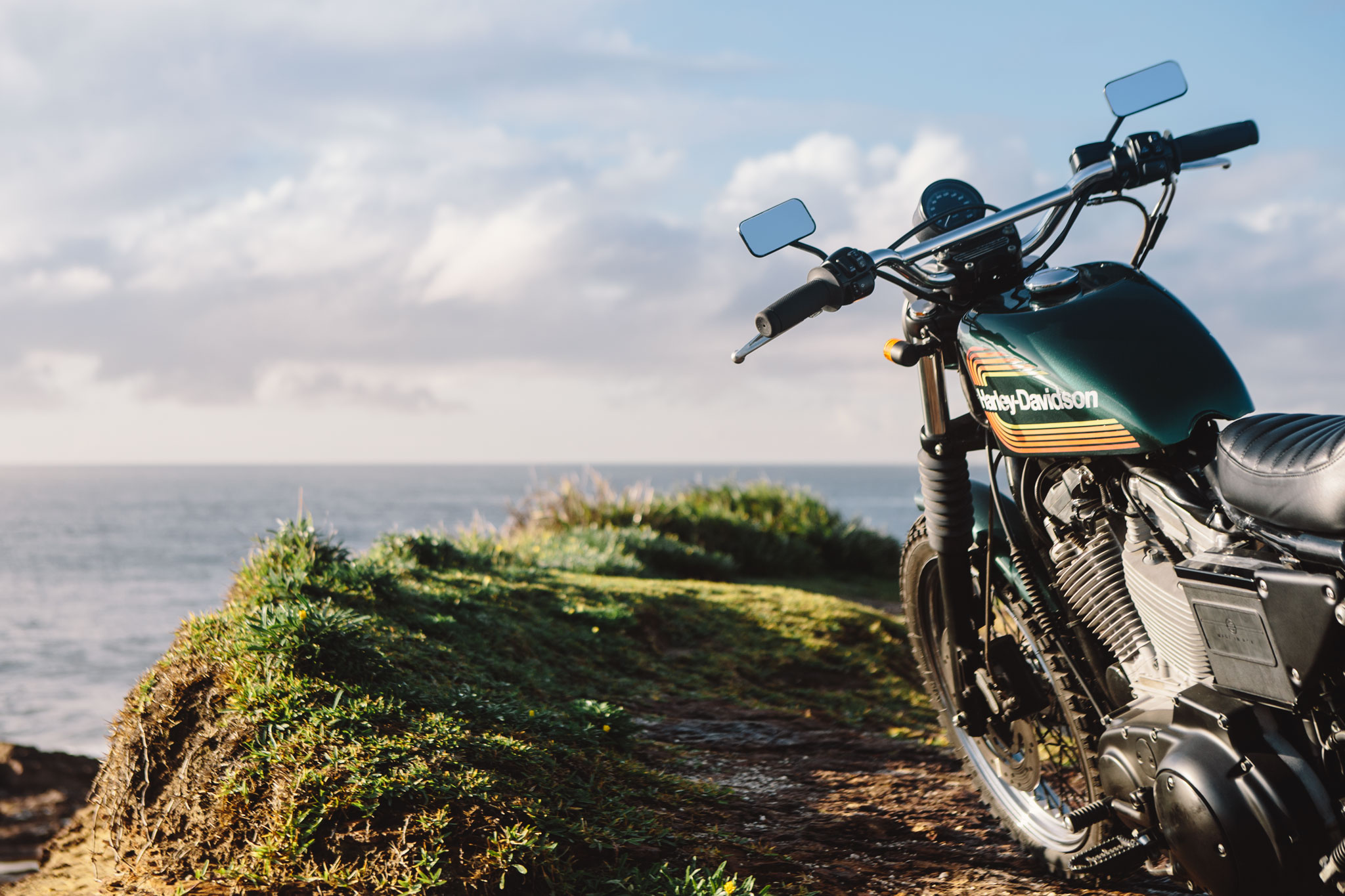 Now that Michal had his bike, it was time to get to work on making it truly his. He has his vision for this bike in his mind, with intentions to make sure the Sportster would ride and handle better (insert Harley jokes here). While most Harley’s you see on the street are being lowered and bobbed, Michal went the other end of the spectrum. 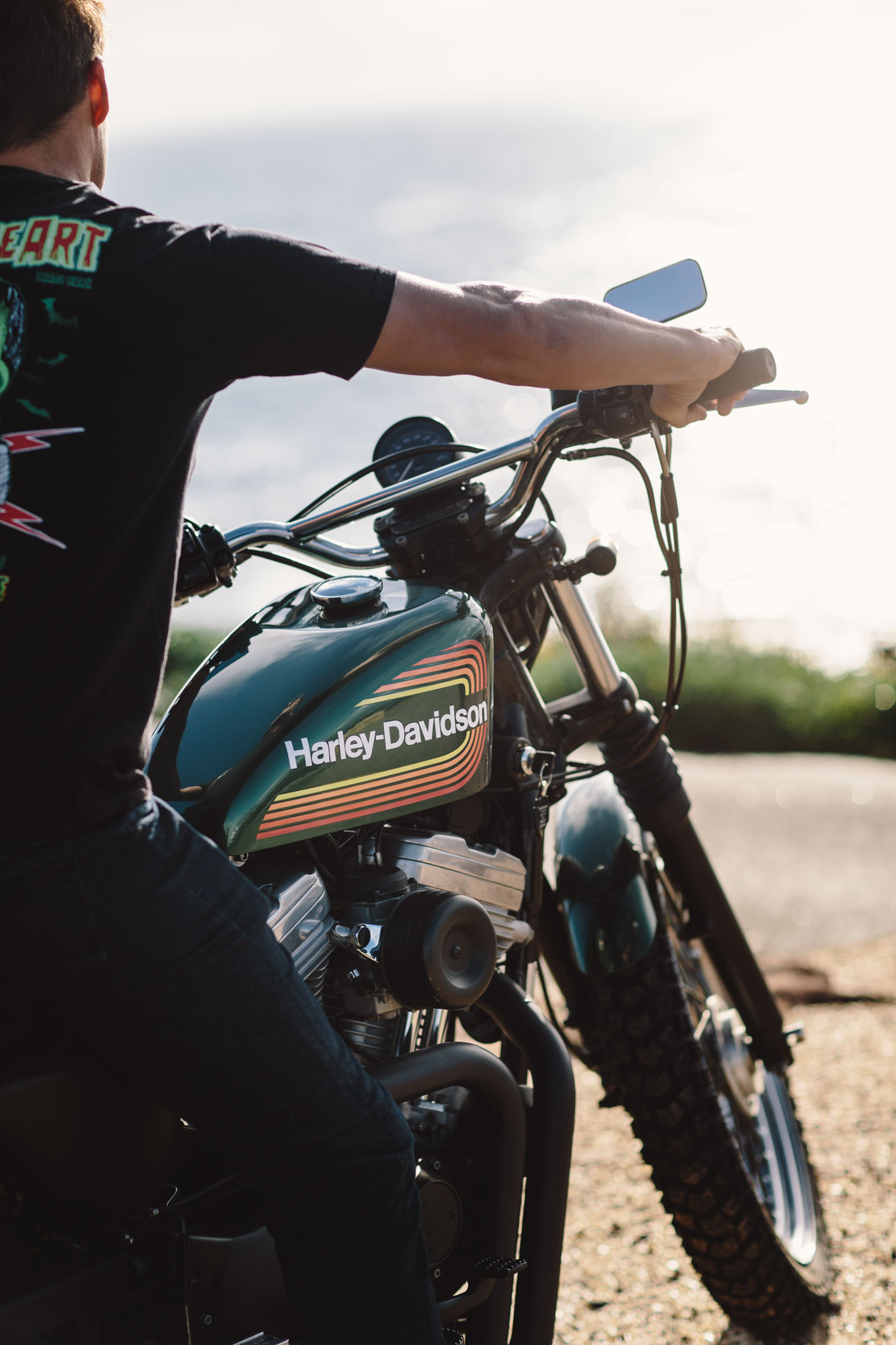 With plenty of parts coming in from the US, Michal got to work chopping the subframe, drilling holes and adding new wires for the new electrical components. A pair of 15” progressive shocks would give the bike a good dosage of clearance, along with some thinner oil for the front forks. “I don’t ride with my knee down on this thing, but it’s perfect for a bit of acceleration/braking action. The wider handlebars also make a huge difference.” 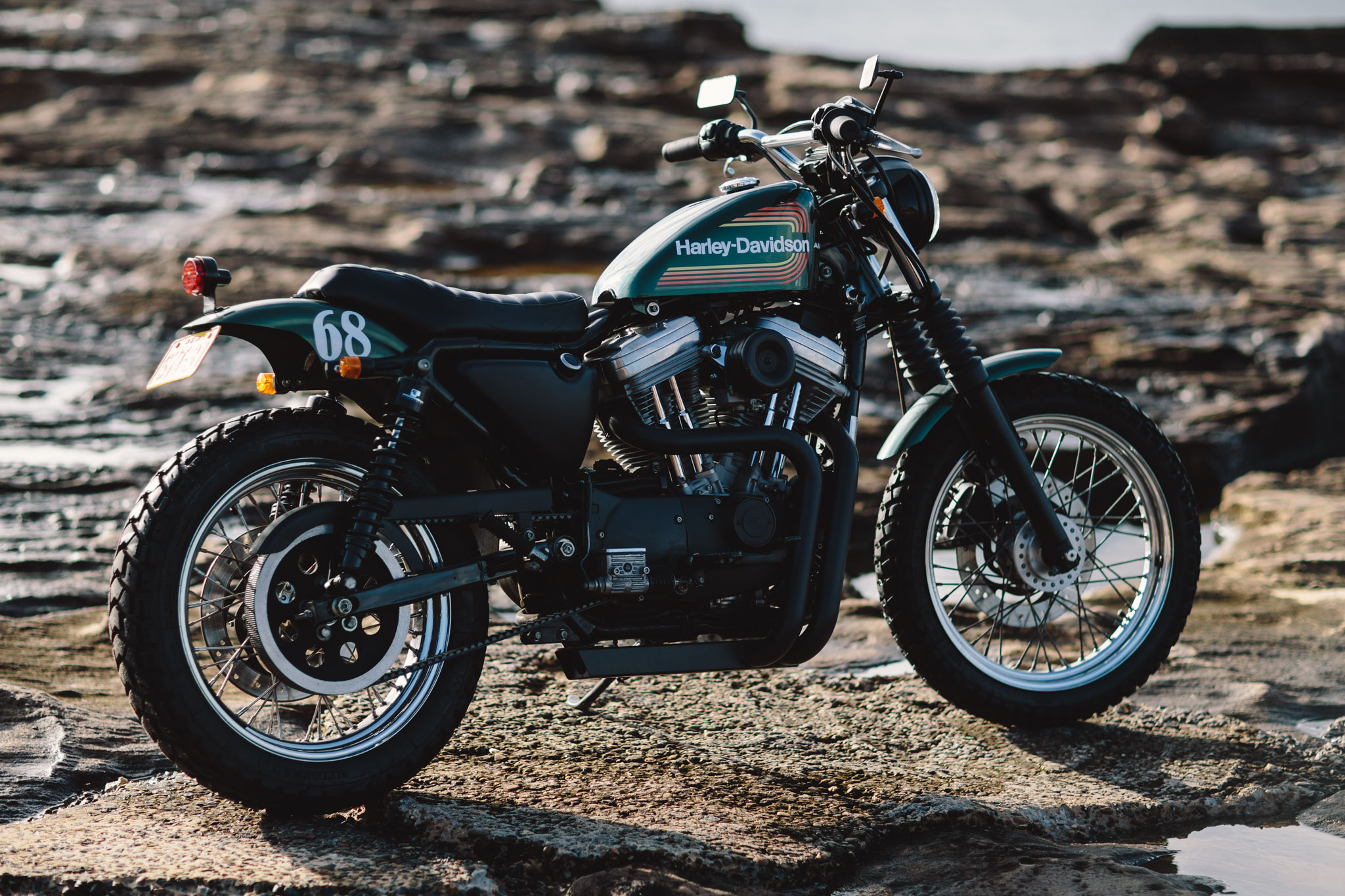 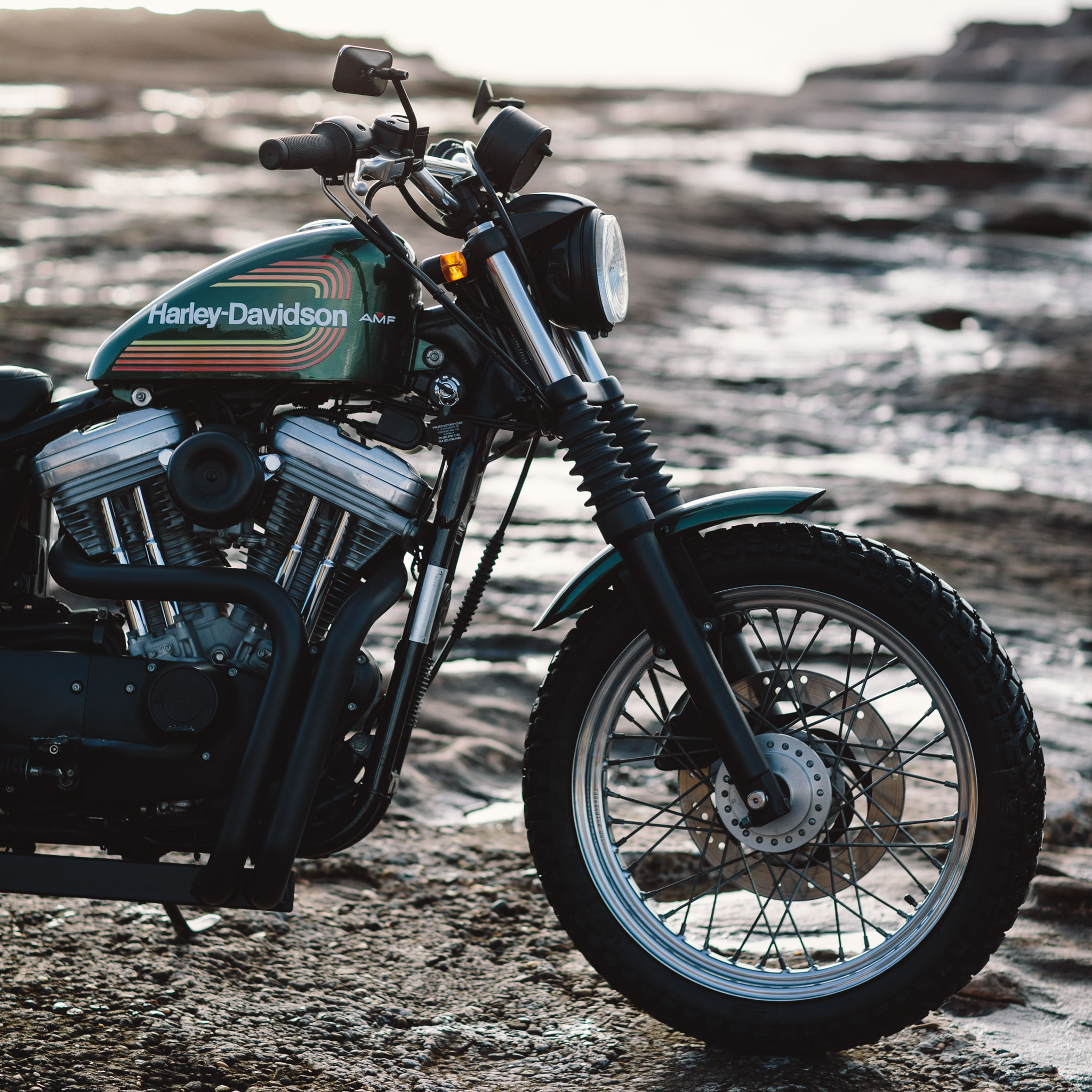 Riding this Harley, you instantly notice its increase in maneuverability. These 883s aren’t a light bike; coming in at around 250kg they’re a heavy bastard when compared to its engine capacity. The weight Michal has shaved off, along with increasing leverage with the new bars and adding height with the shocks makes this a Harley that’ll happily go around corners, with it’s V-Twin engine giving you plenty of torque. 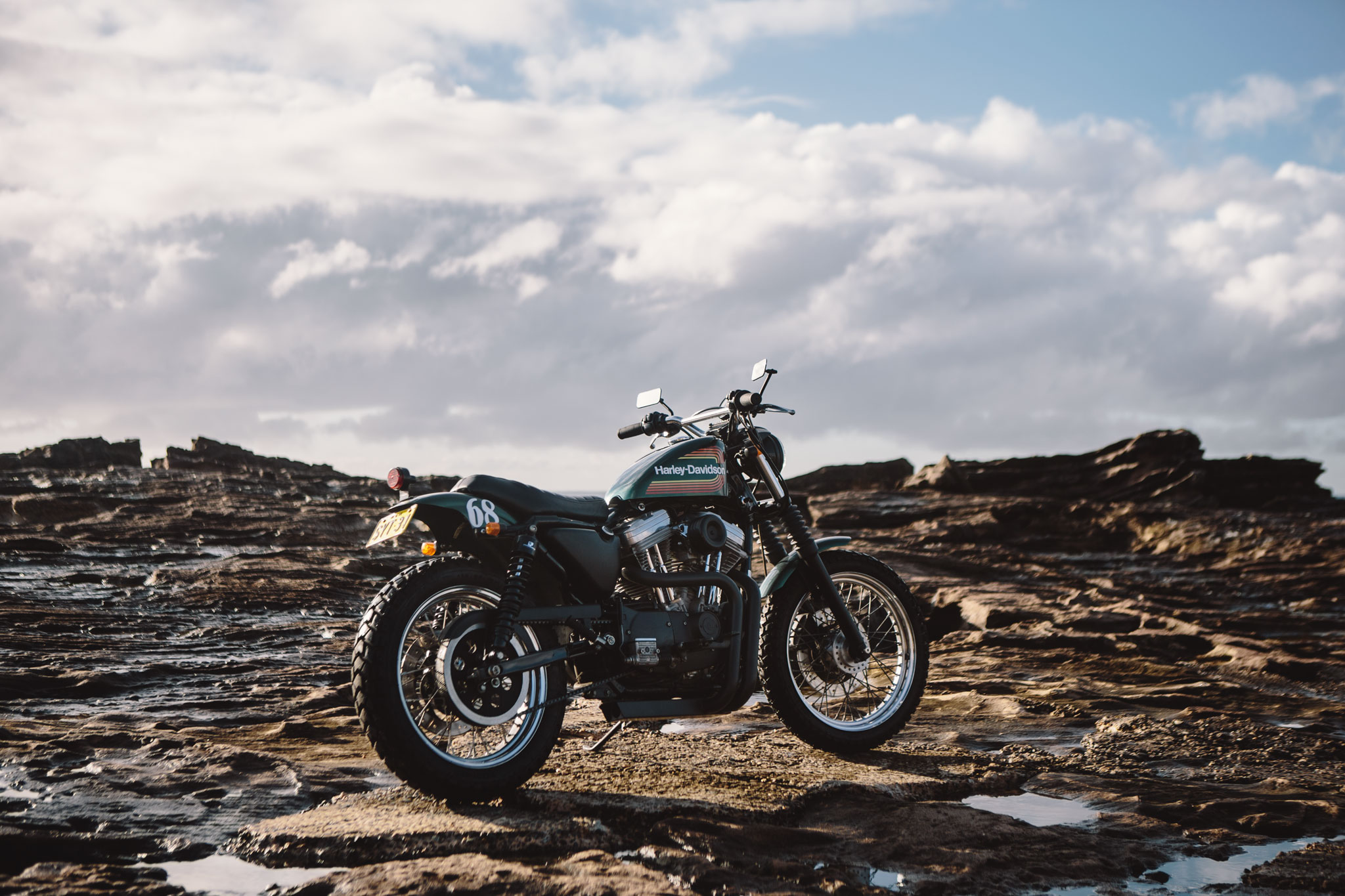 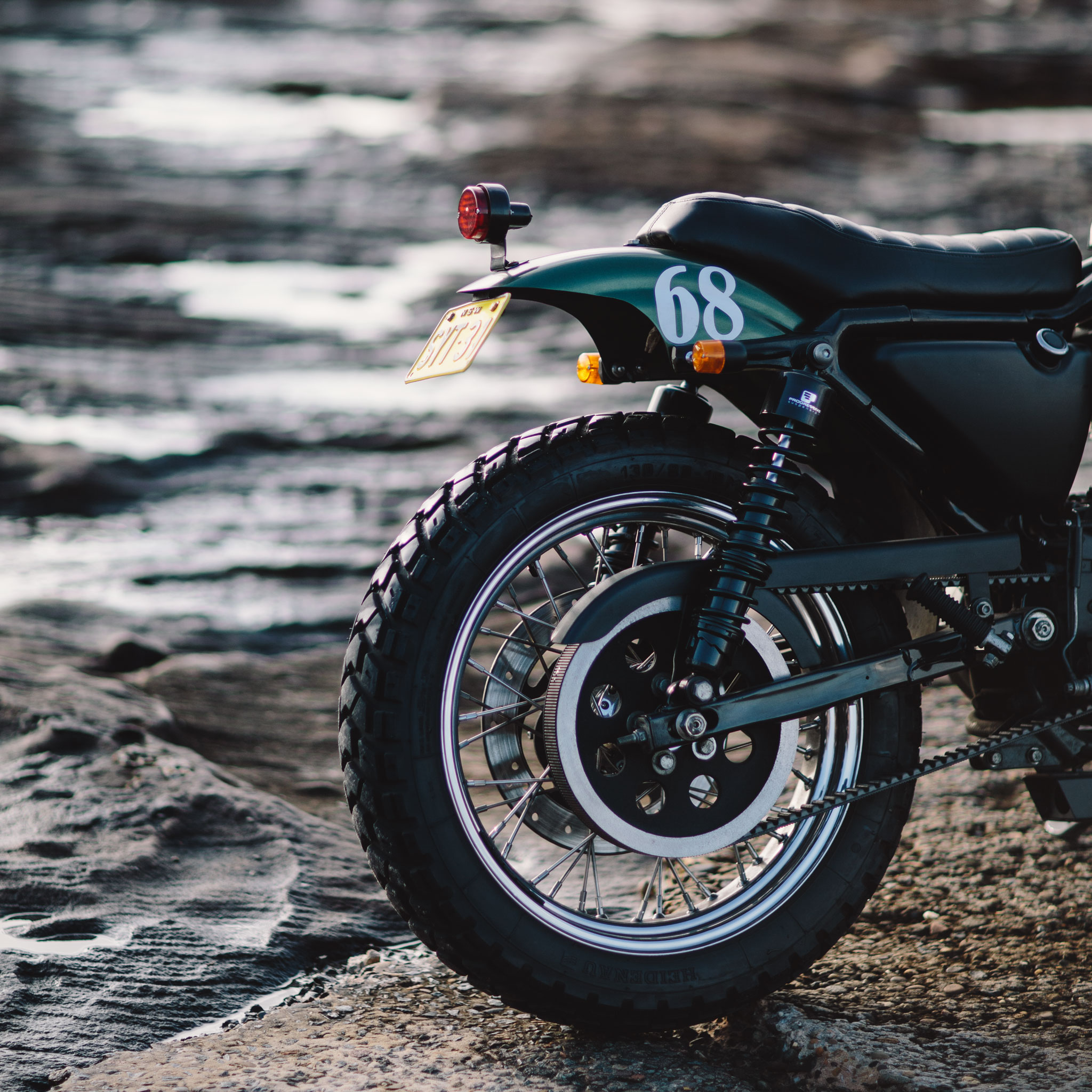 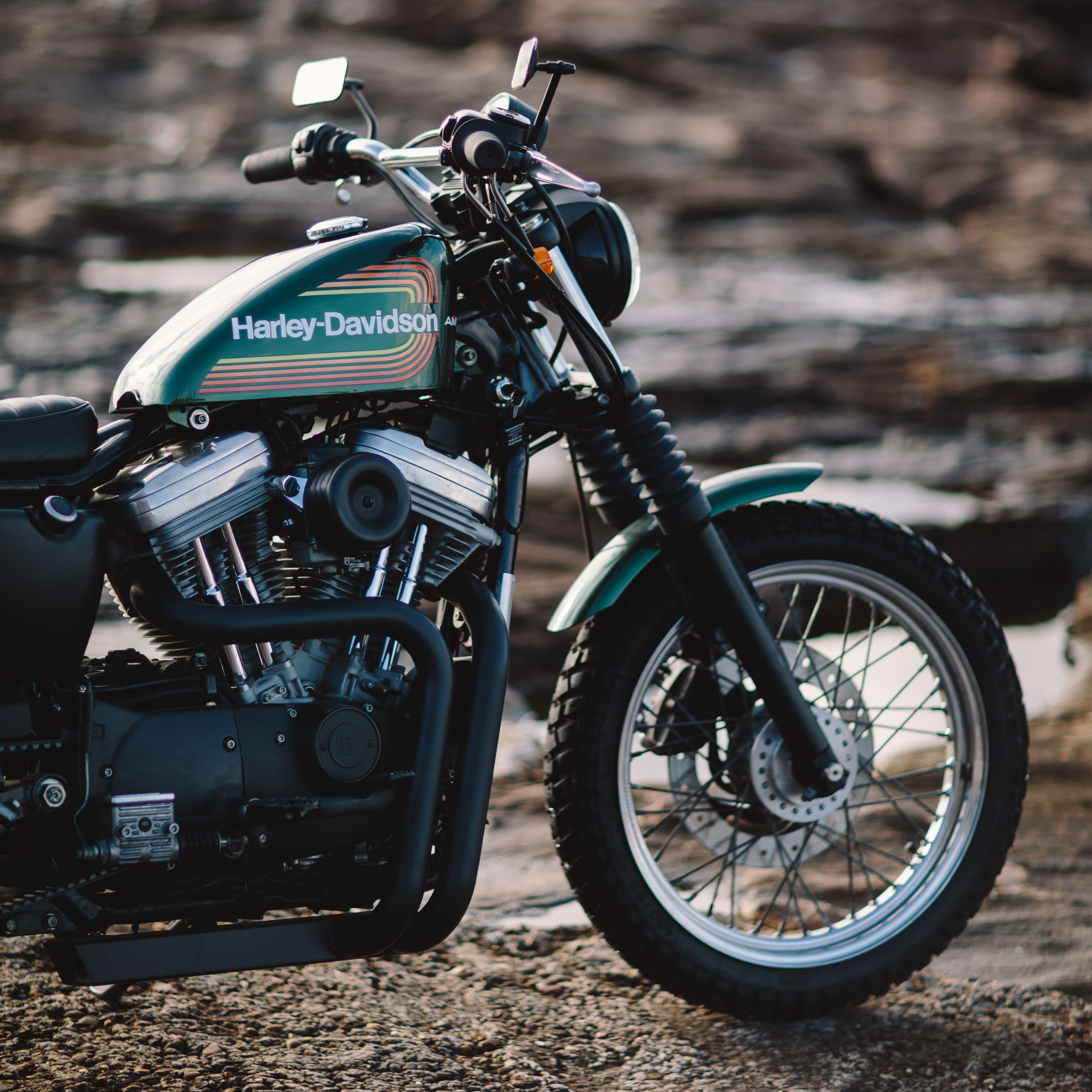 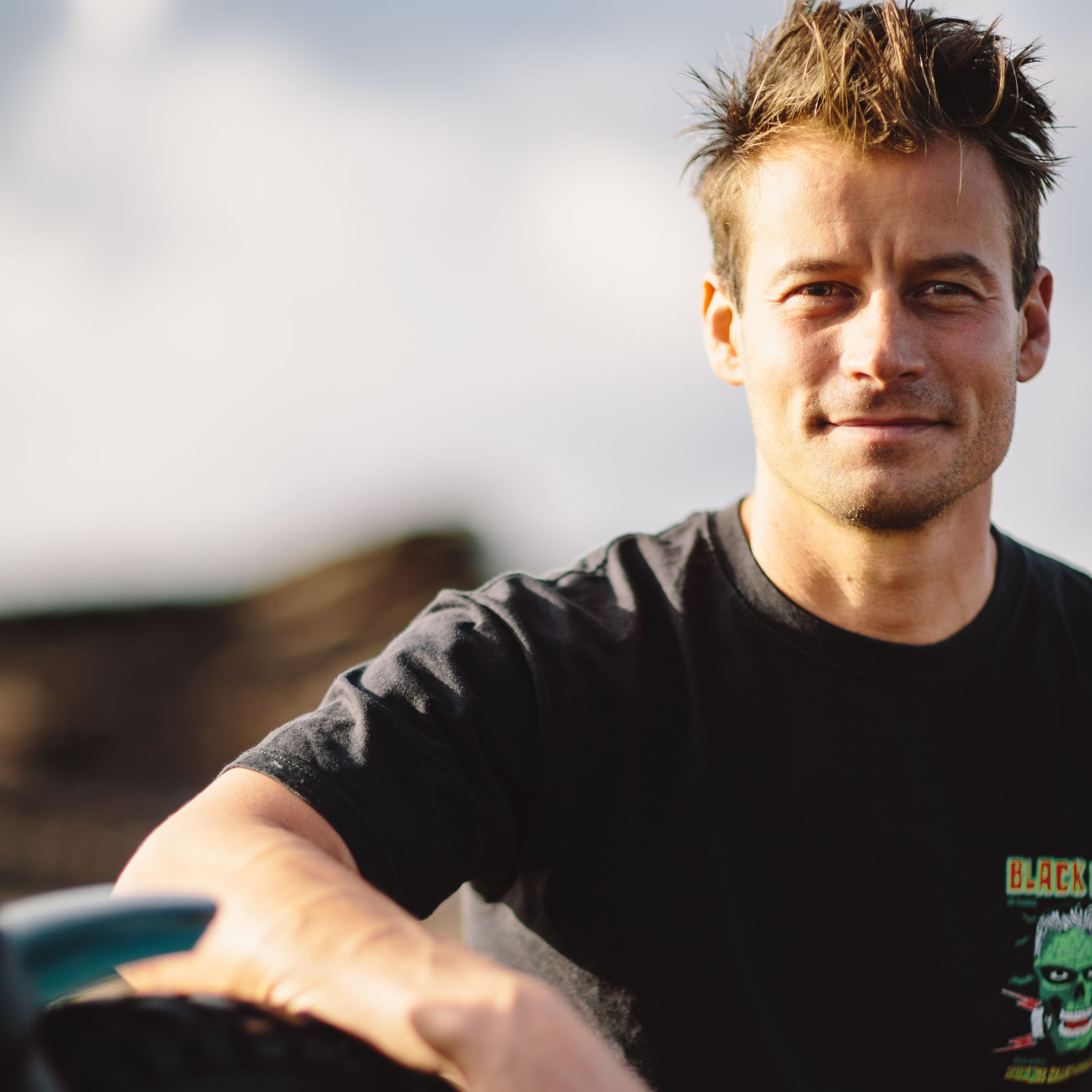