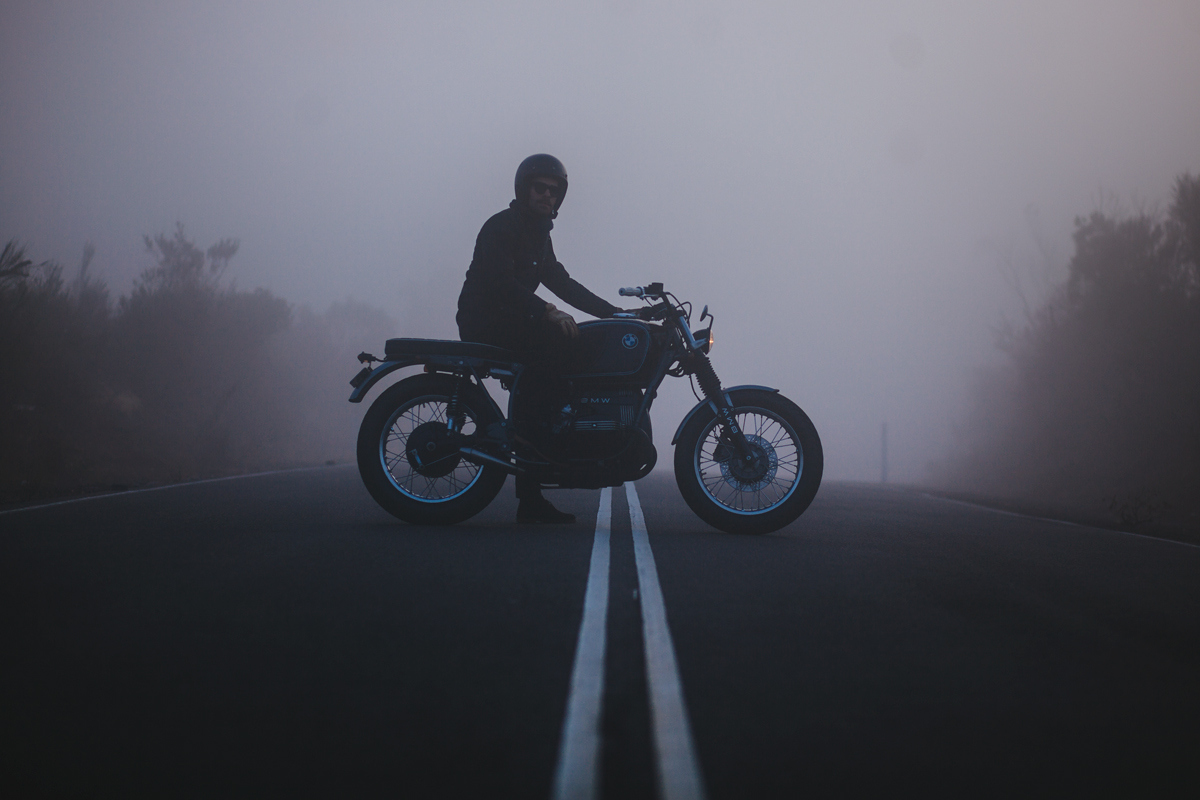 It was early, cold, and misty. Screaming through the thick grey mess like a banshee came a 1980 BMW R65. This Tracker has it’s character not just in it’s build, but in what went in to building it between a Father and Son.

Three years ago Tom picked up his bike licence after being pushed into it by a mate, and soon after was hooked. Riding a bike soon became much more than just going from point A to point B.

After his previous bike had served its master well, it was time for Tom to upgrade from the 250cc to something bigger, and better. As he began looking around at his options, he also began speaking to his Dad again after 6 years of radio silence. 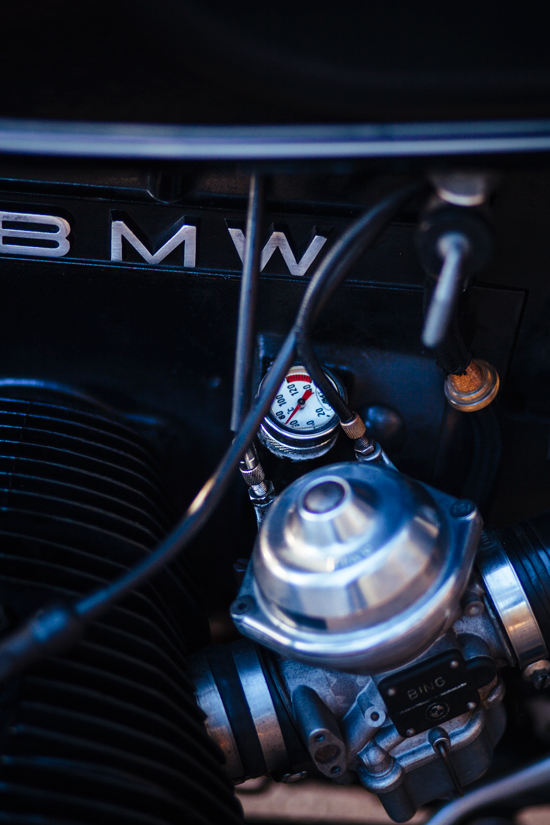 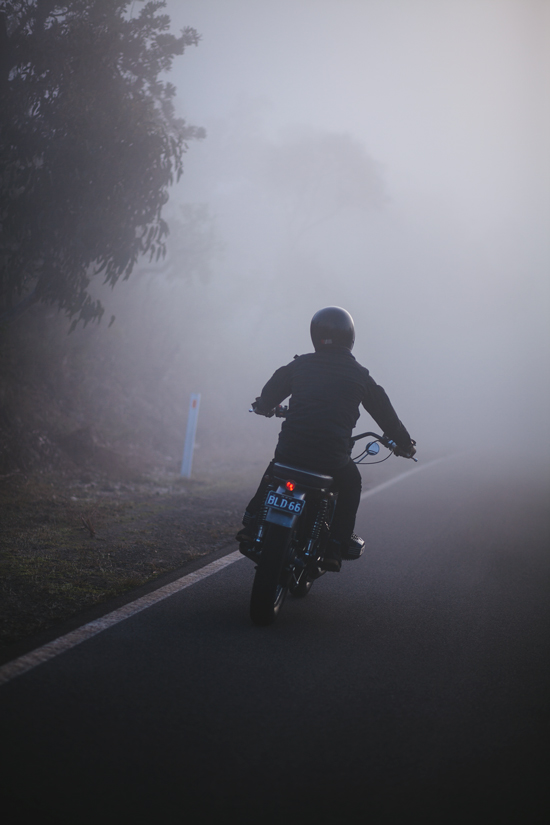 Through catching up and the discussion of this potential upgrade, Tom’s Dad saw this as an opportunity to get his Son on board with the BMW clique. Tom’s Dad is a big fan of German engineering; having spent most of his life working on German cars he also owns two BMW bikes. Now it was time for this to become tradition, and Tom was to get his own piece of German engineering.

Admittedly, Tom’s Dad doesn’t get all the credit for this baptism into the Church of BMW. “A long time ago I was shown a short film by Blitz Motorcycles, called “Long Live the Kings” The story was these three friends riding their way through the mountains of France on Air Heads, but not just any airheads, Blitz Motorcycle Airheads. Big bars, mismatched tanks, single mirror, balloon tires, short pipes, I had never seen airheads like it before. After chatting to my old man about doing an airhead project, I re-watched that film and decided there and then, that I was gonna build me a BMW tracker.”

There are plenty of great pieces of work and details on this bike, but what stands out is the beautiful tank.

“I hated the original R65 tank. During the late 70’s, BMW Motorrad began to change the shape of their bikes a lot, squaring up everything with curves. The tank had to go, it was rusting and it just not what I wanted.

So the long and painful search for a tank began. I was on eBay, gum tree, craigslist you name it, at least three times a day looking for a tank, more specifically, a silver Toaster Tank, the holy grail of BMW tanks (In my opinion).

Finding one proved difficult; finding one that wasn’t fucked was even harder; finding one that wasn’t fucked and under 2k? Impossible. But, upon my search I stumbled on an original 1973 R60 tank, located somewhere in Massachusetts, US of A. There were only 2 photos of it online and the asking price was $300, I took the gamble and the rest is History. It has no rust or leaks and like a good old leather jacket it possessed a lot of character. If you take a close look at the pin stripes on the tank you can see the movement of the brush from when it was hand painted in the factory. There’s history on that tank, it’s a special piece”

The bike started out with truly humble beginnings, and was a bit of a lemon when Tom first picked it up. The engine required a top to bottom rebuild, amongst other things. These hurdles and extras tasks weren’t so tough however, as it simply provided more time for Tom and his Dad to work together and for skills and knowledge to be passed down. “I’m glad we had to do all that extra work, building this bike with my Dad will be something I cherish for the rest of my life. It may not be perfect or be everyone’s cup of tea. But that’s ok, because in the end it was never about building a BikeExif caliber bike, it was about reconnecting with my Dad and having fun.”

All builds have their gremlins, be it wrestling a dodgy engine, mucking around with fiddly wiring or sourcing the best fabrication for your vision. For this bike however? “The hardest part about building this bike was finishing it and realising that my Dad and I didn’t have a project to work on anymore. Thankfully, these sorts of bikes are never finished”

Tom is a photographer for Deus Ex Machina, and has a great portfolio of work – Click here to go to his site 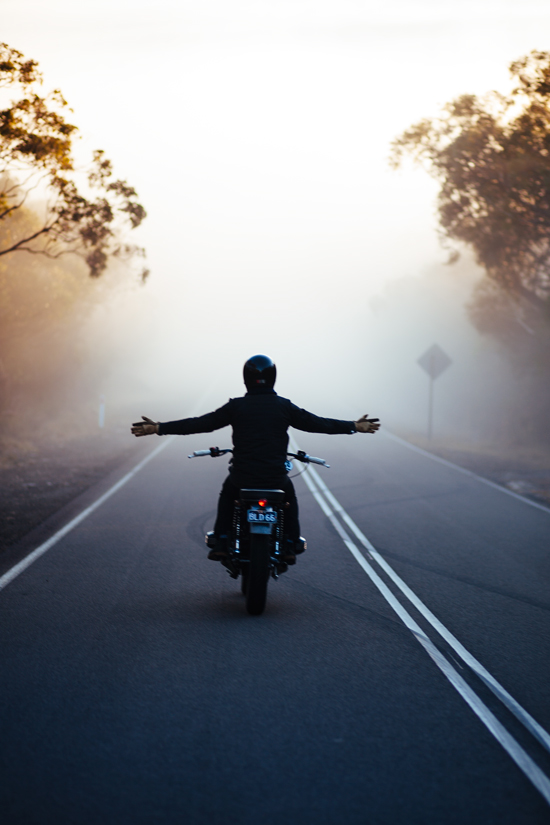 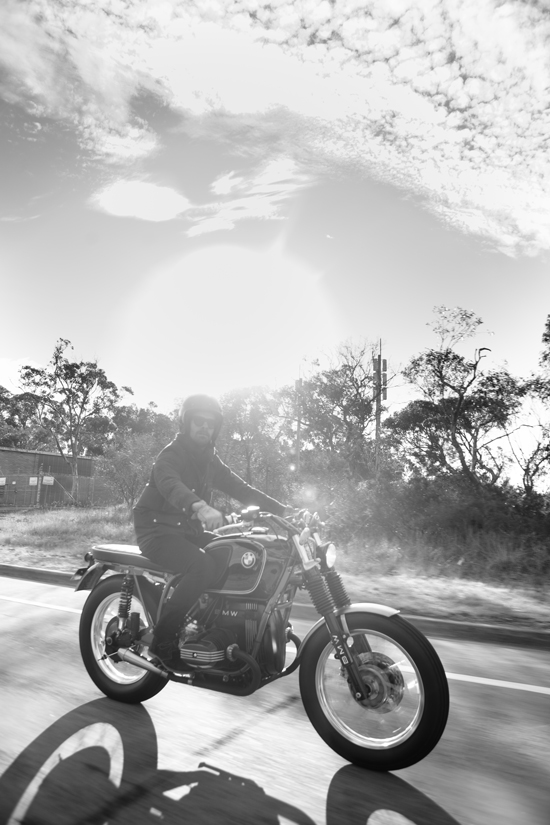 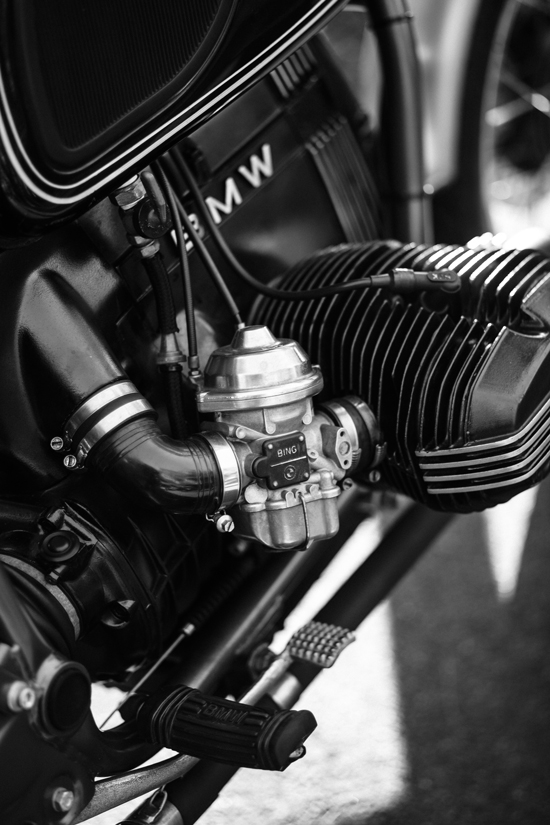 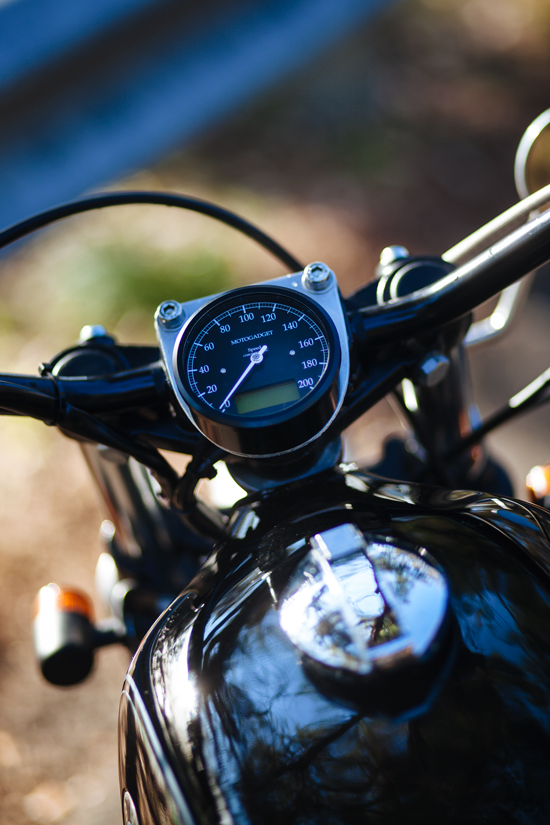 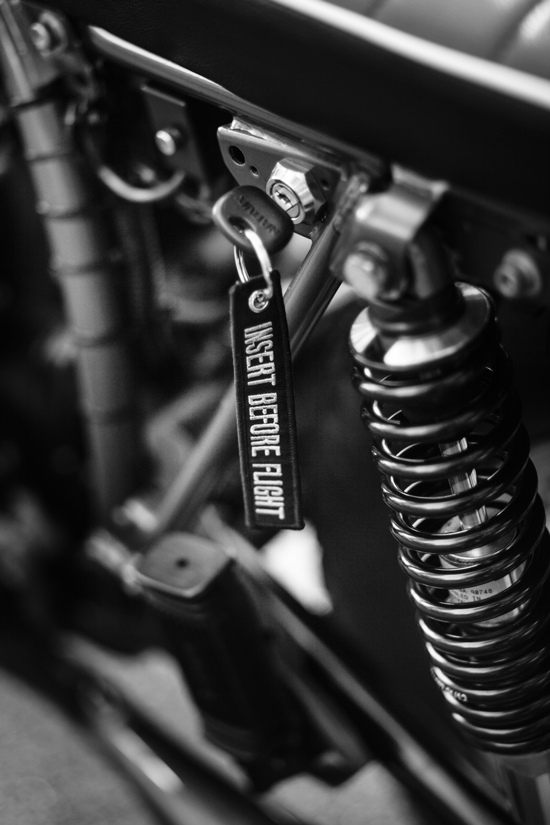 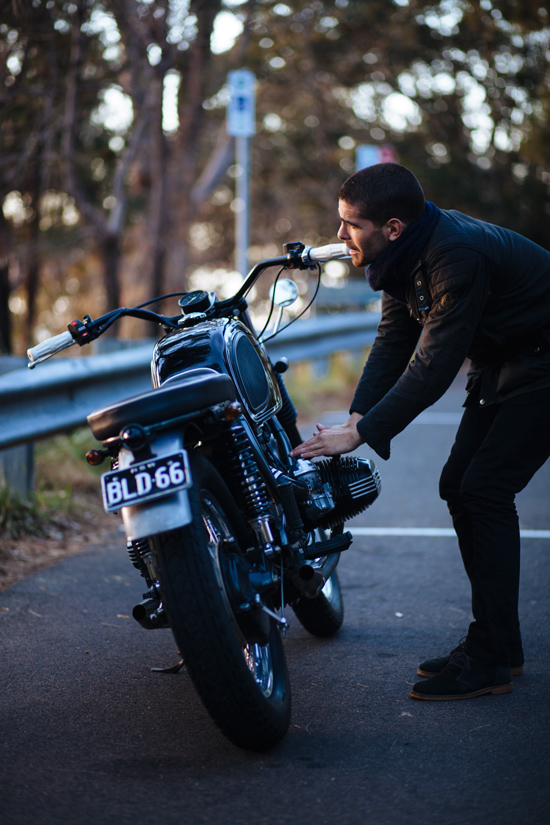 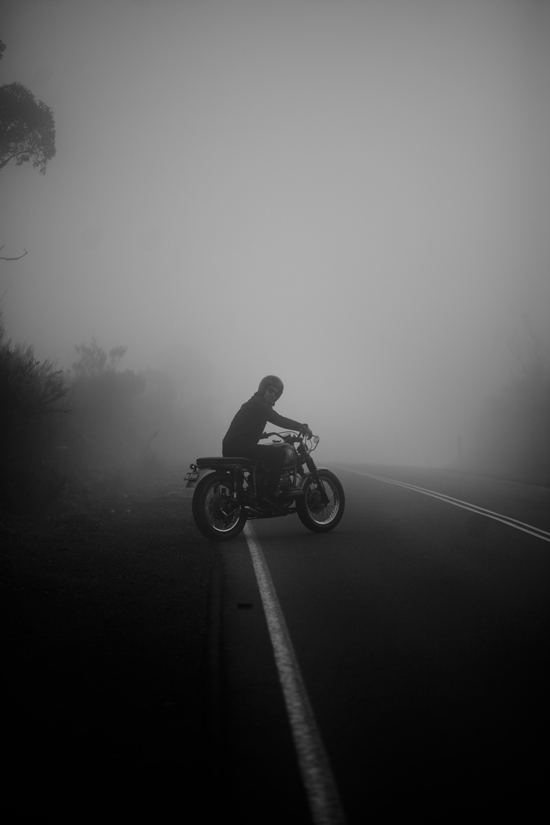 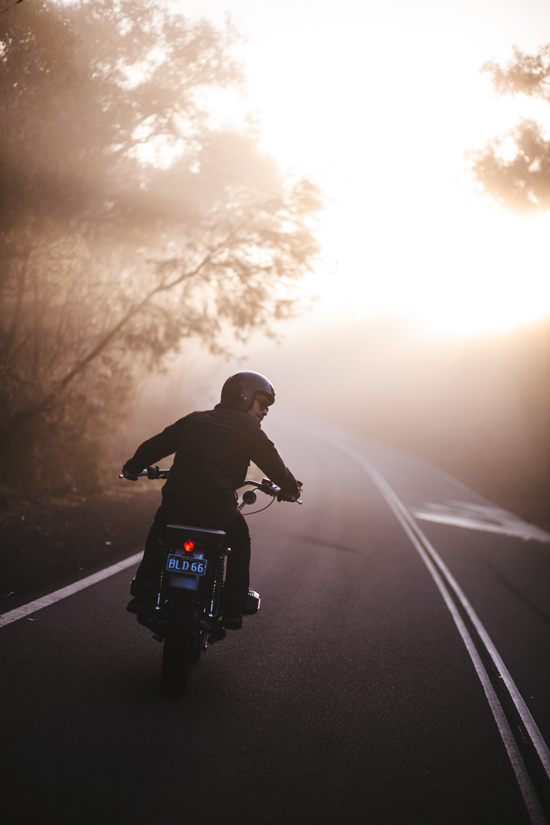 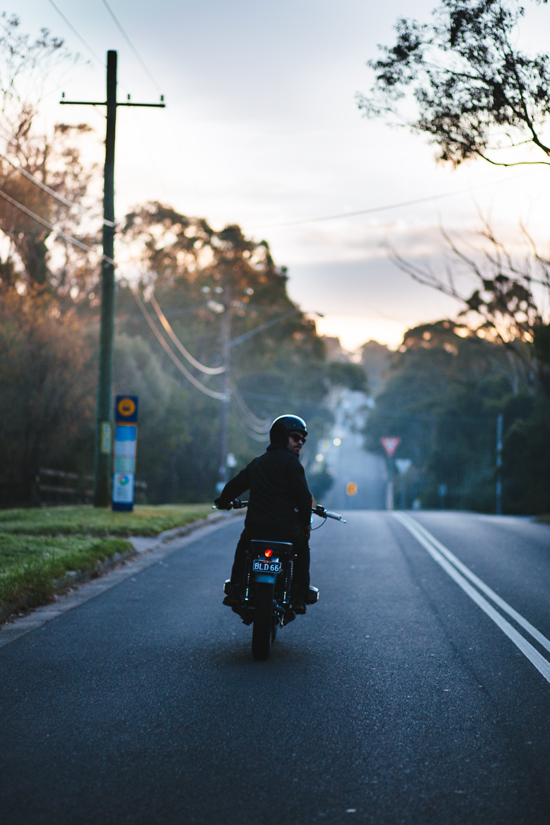 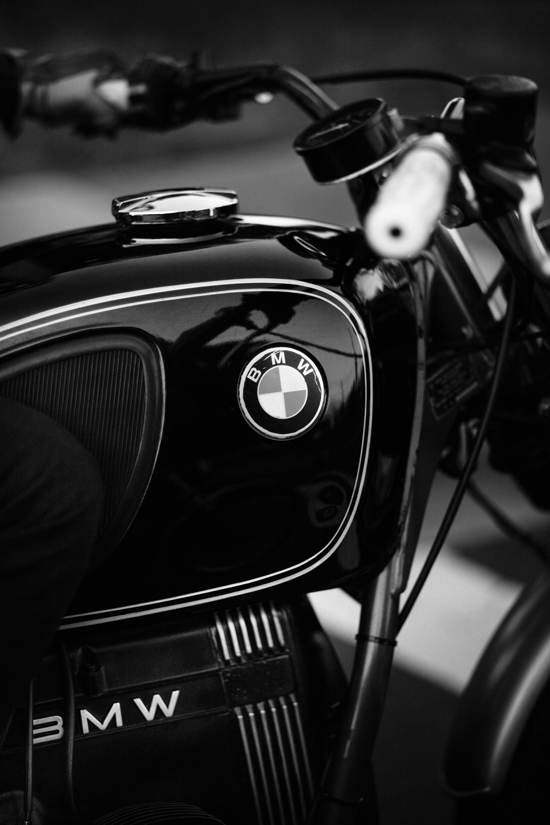 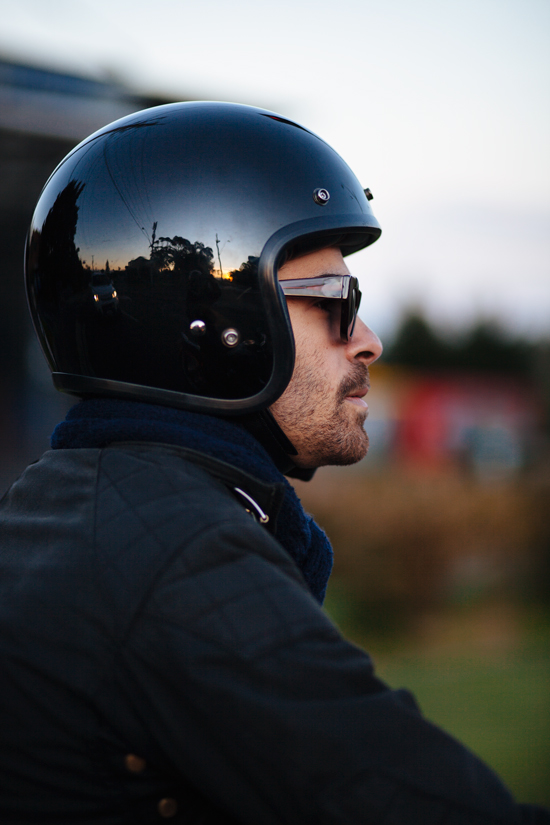