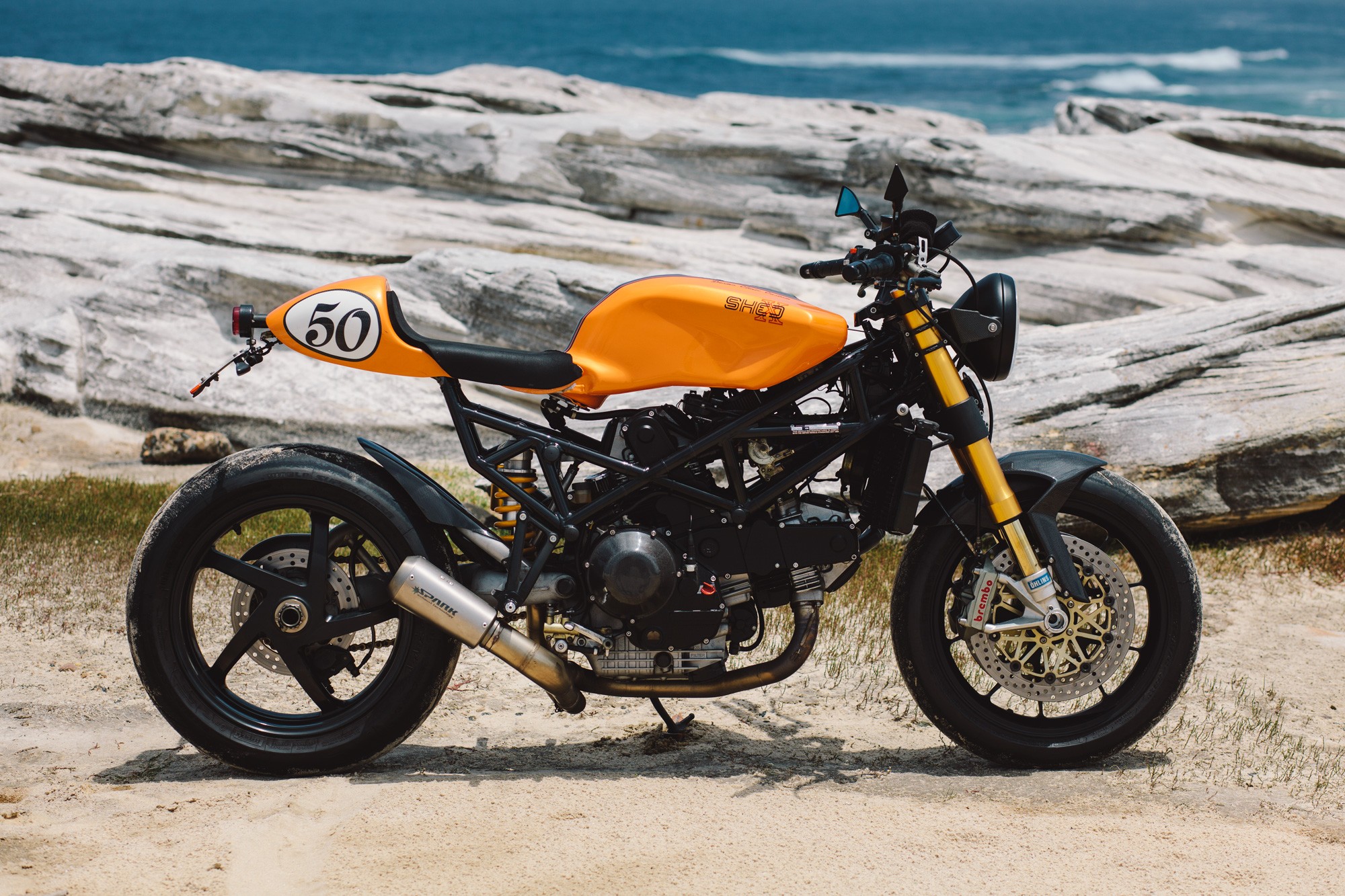 Taking its namesake from the infamous 1962 dystopian novel, Clockwork Orange moves aside the ultraviolence and instead injects ultrastyle. It’s an aggressive modern take on the classic café racer that will get all the droogs drooling.

Paul’s beast started it’s life out as a 1999 Ducati ST2 Tourer, and it’s had one hell of a makeover. “I was researching café racers heavily on my last three builds, and the Shed-X’s kept popping up. In 2014 I was finishing up my BMW R80 build and decided to go to The Distinguished Gentleman’s Ride for inspiration. It was there that I saw Ronnie’s Shed-X Super Leggera. 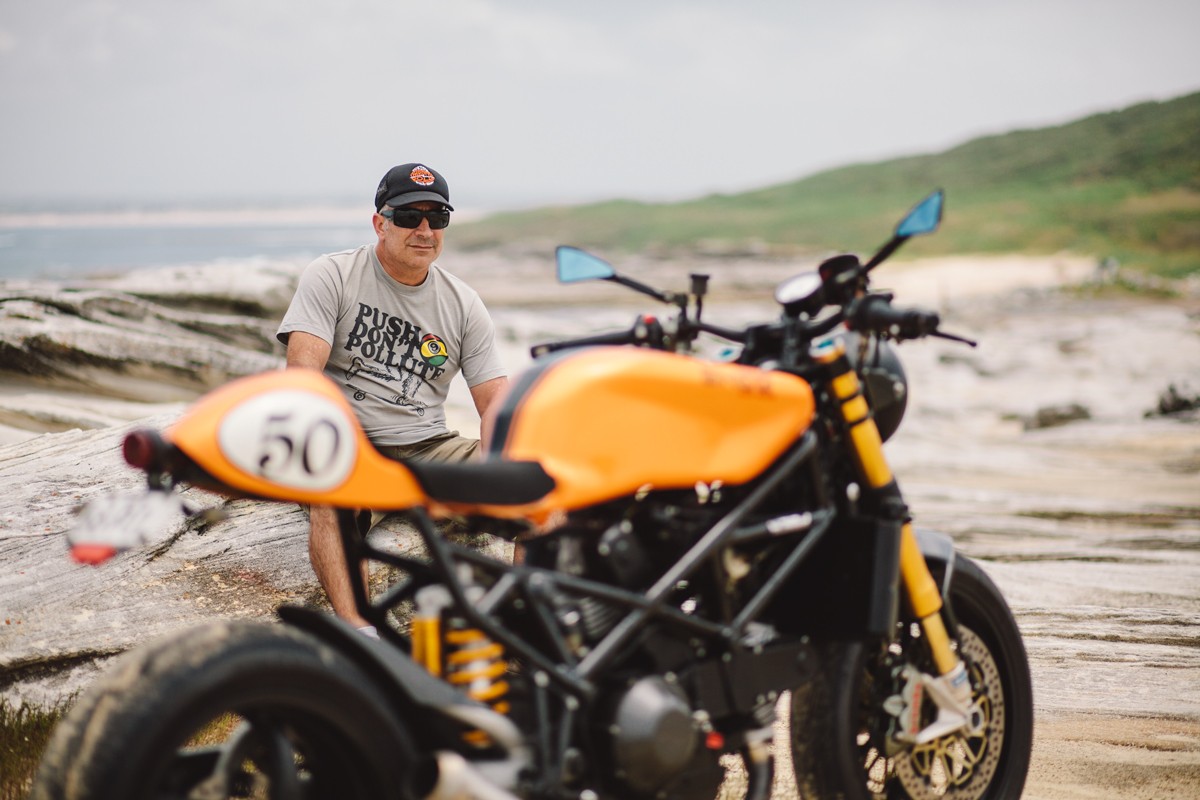 That bike in the flesh was spectacular! Not 2 weeks after the BMW was finished, Mike Berry from Desmoclinic had posted an ad for Clockwork Orange on Sydney Café Racers. After consulting Neil from Shed-X who also had a hand in the bike, I immediately jumped on it.” 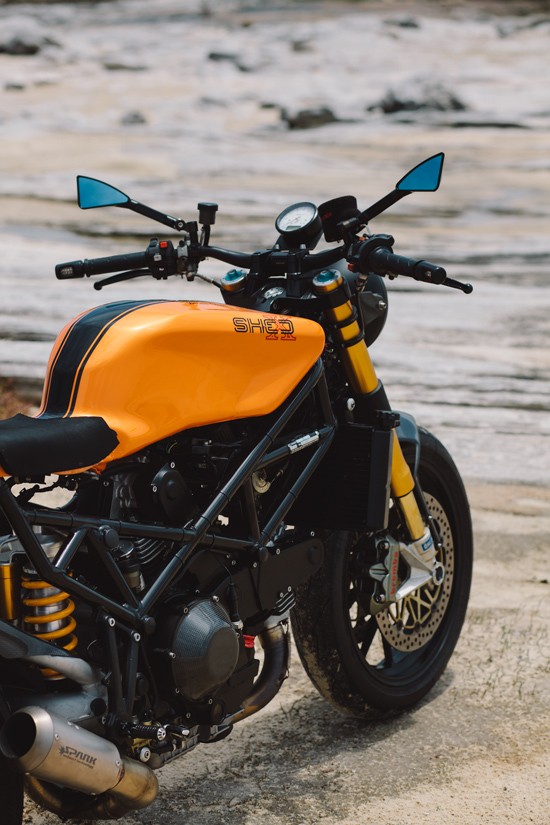 Paul has a bike for every occasion, which is a reflection of his riding history. Growing up riding Yamaha 2-strokes when he was no older than 7 with his old man. “He would walk alongside us and let the clutch out in 2nd gear, when we were done riding around we’d then ride back to him. Dad then bought a Honda TL 125 trail bile around 1975 and I was hooked. My first bike like most kinds those days was a Honda XR75, and the rest is history!”

Paul now owns 5 bikes, with Clockwork Orange being strictly for Sunday cruising through the National Park, or SCR Thursday night rides. “It loves the park’s tight twisty roads as much as it loves Sydney Motorsport Park or Philip Island race tracks.” 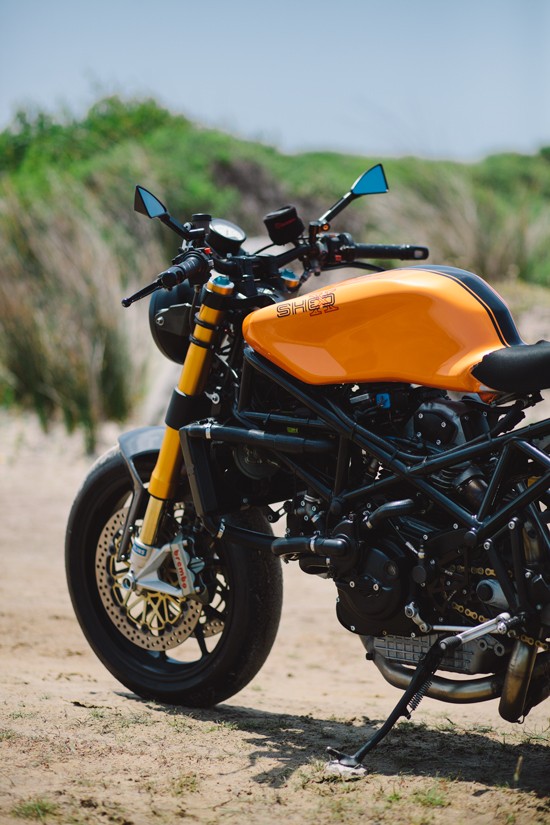 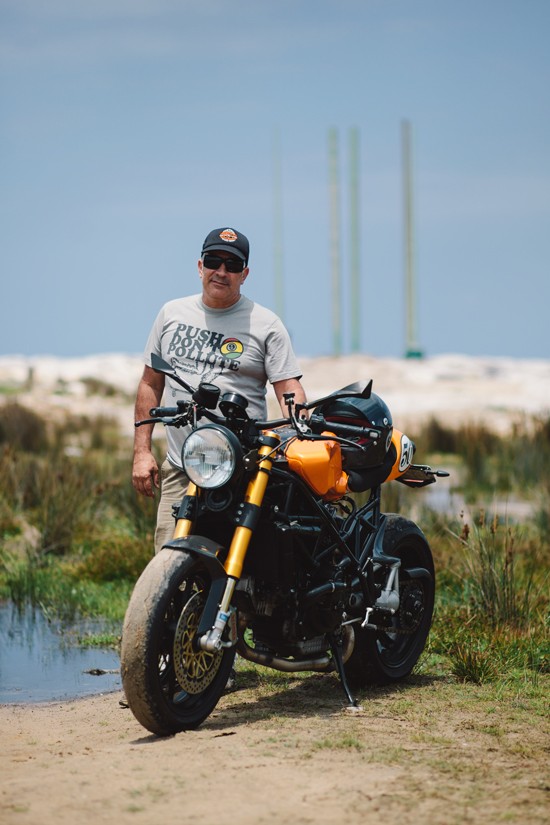 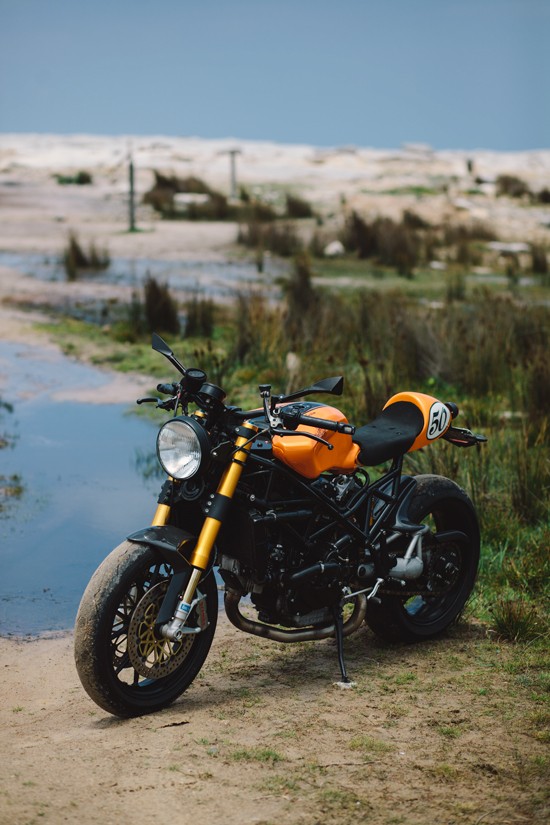 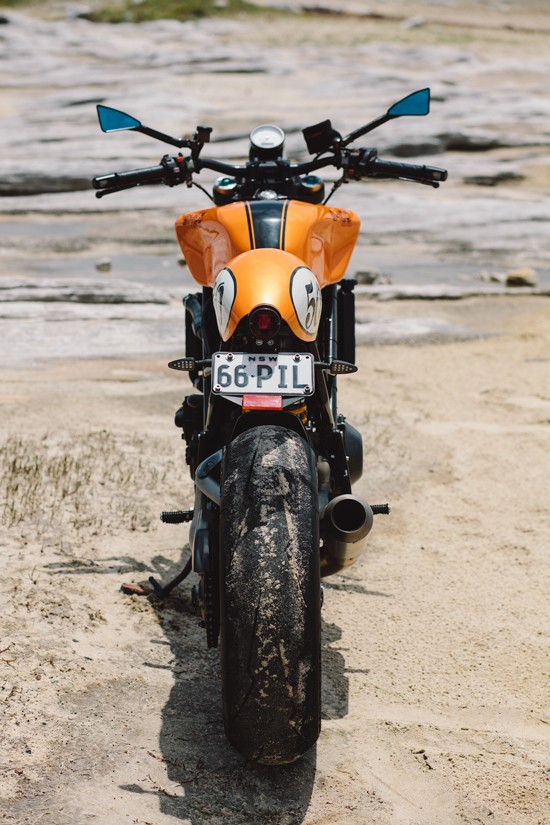 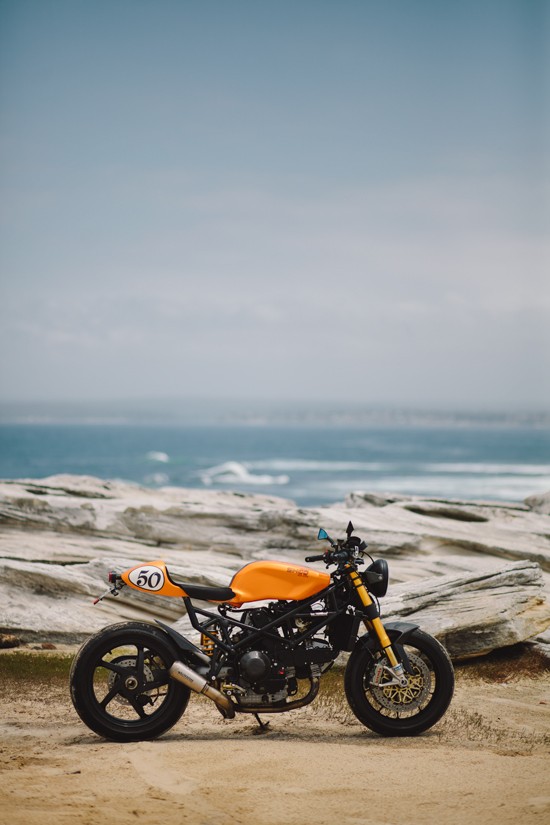 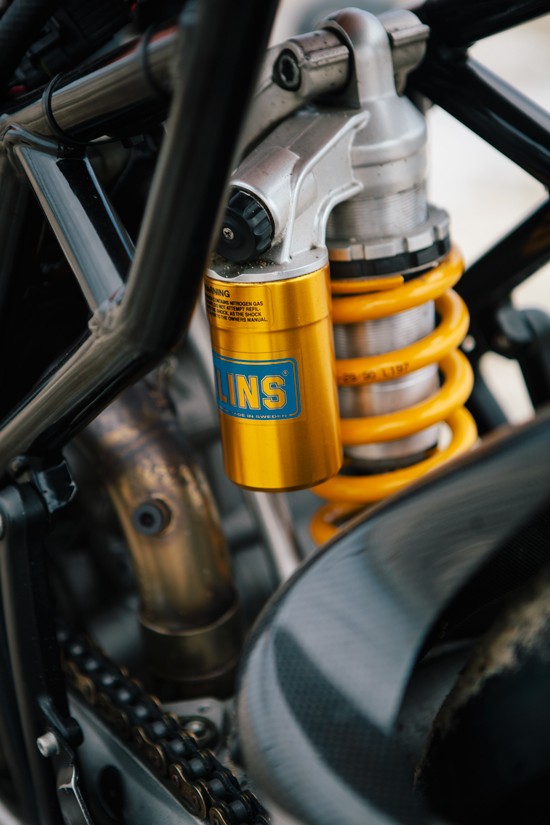 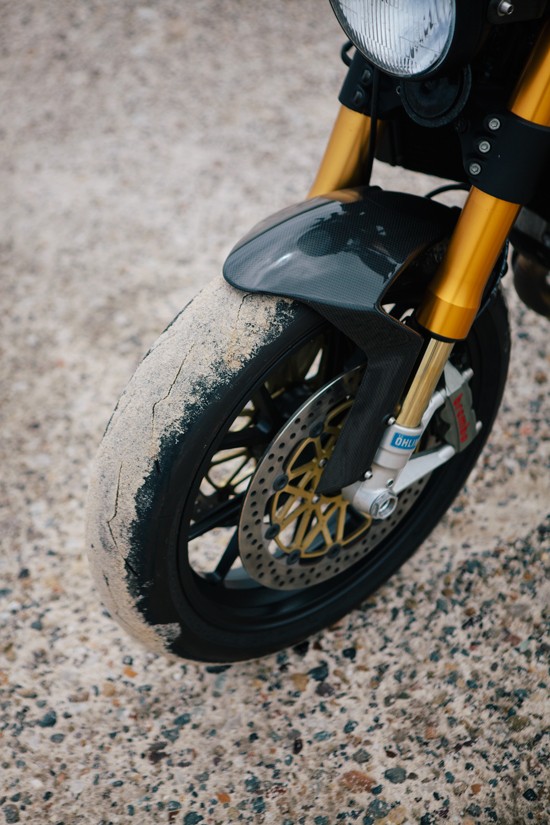 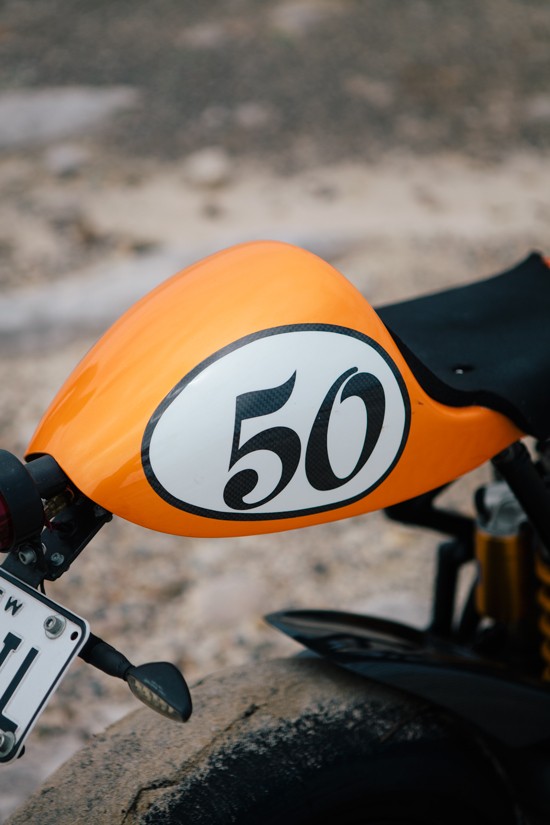 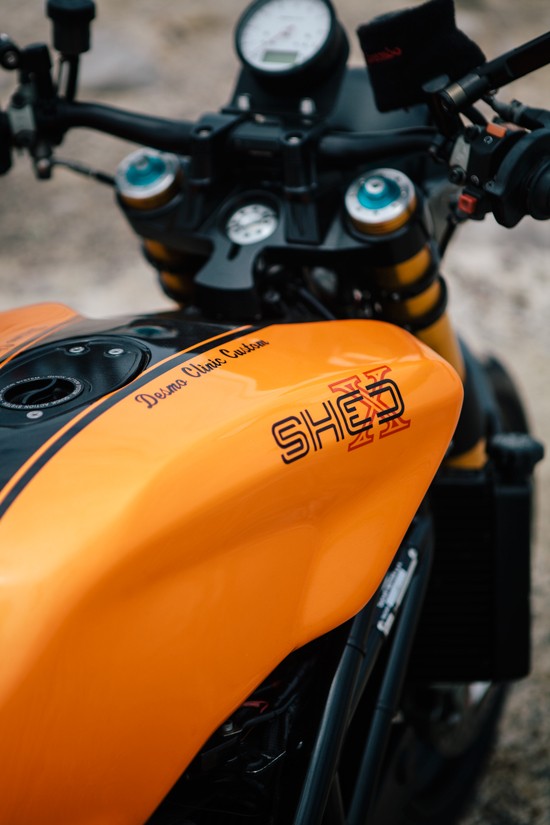 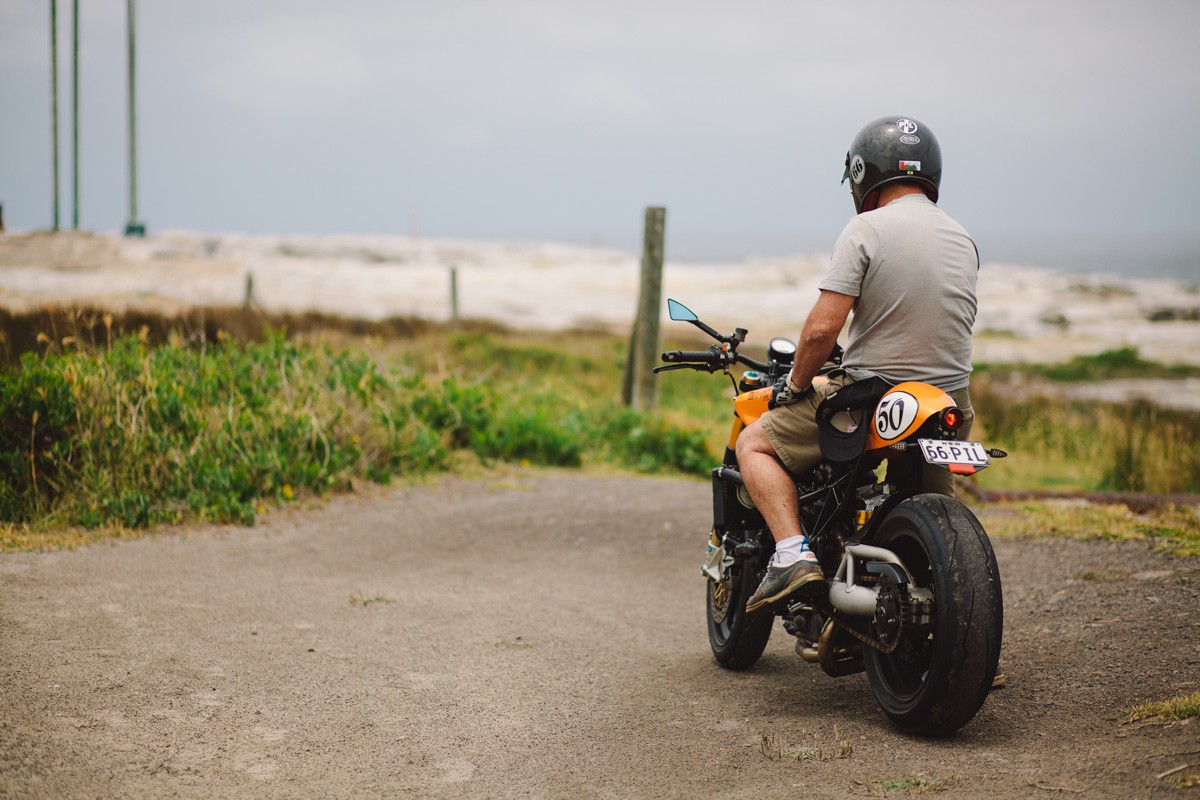 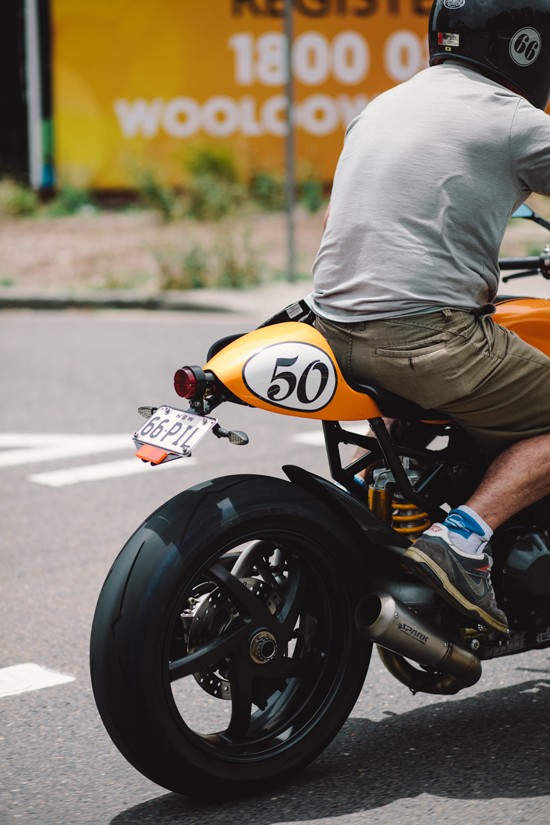