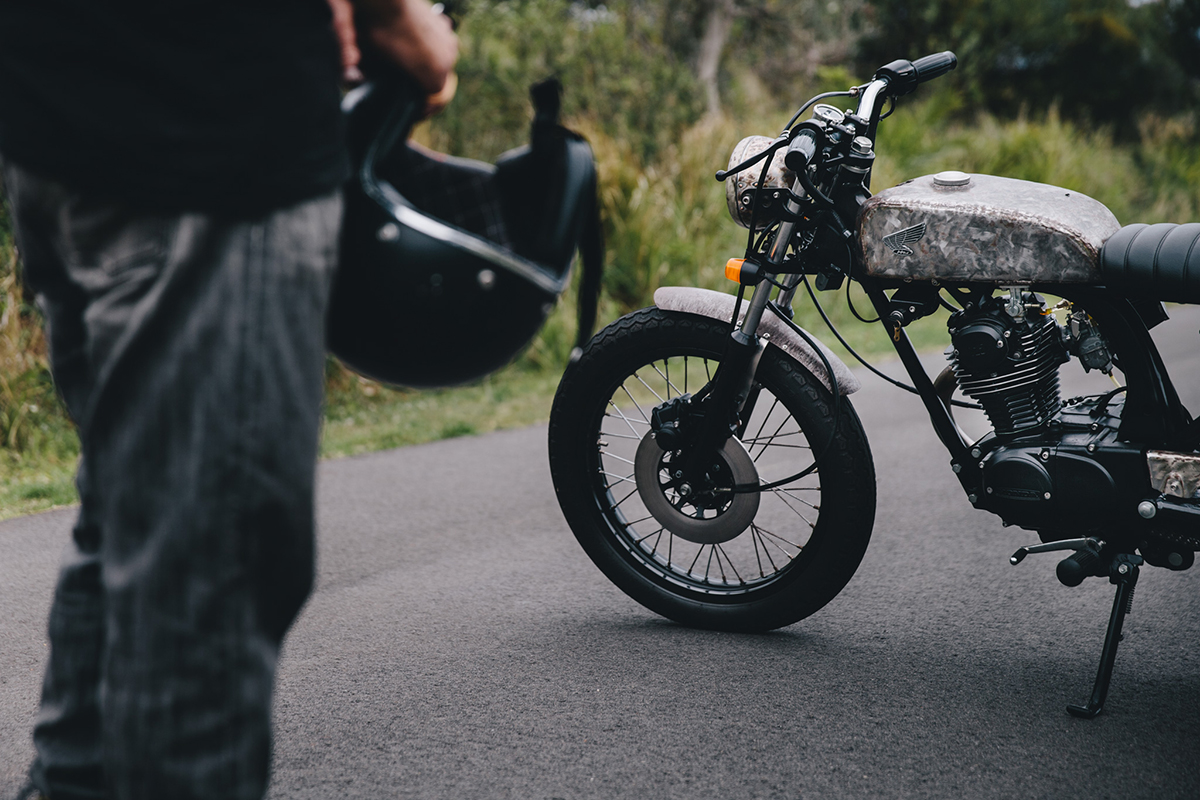 The custom motorcycle scene in Indonesia is something that is truly unique – with the style being born out of limitations and necessity. With small capacity bikes being the mode of transport for the vast majority, these machines have held their own in the thriving custom motorcycle side of the world. Bret’s Honda CB125N is a product of his time being exposed to these machines of the coastal Indonesian towns. 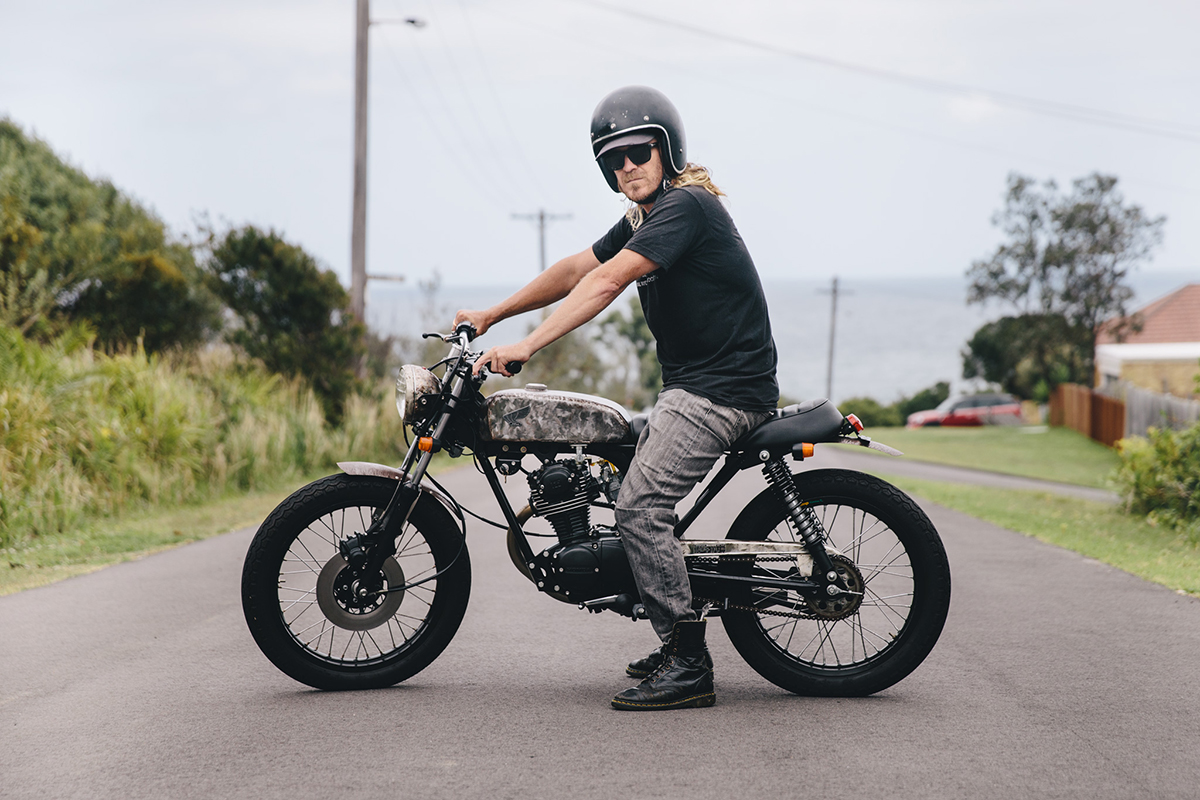 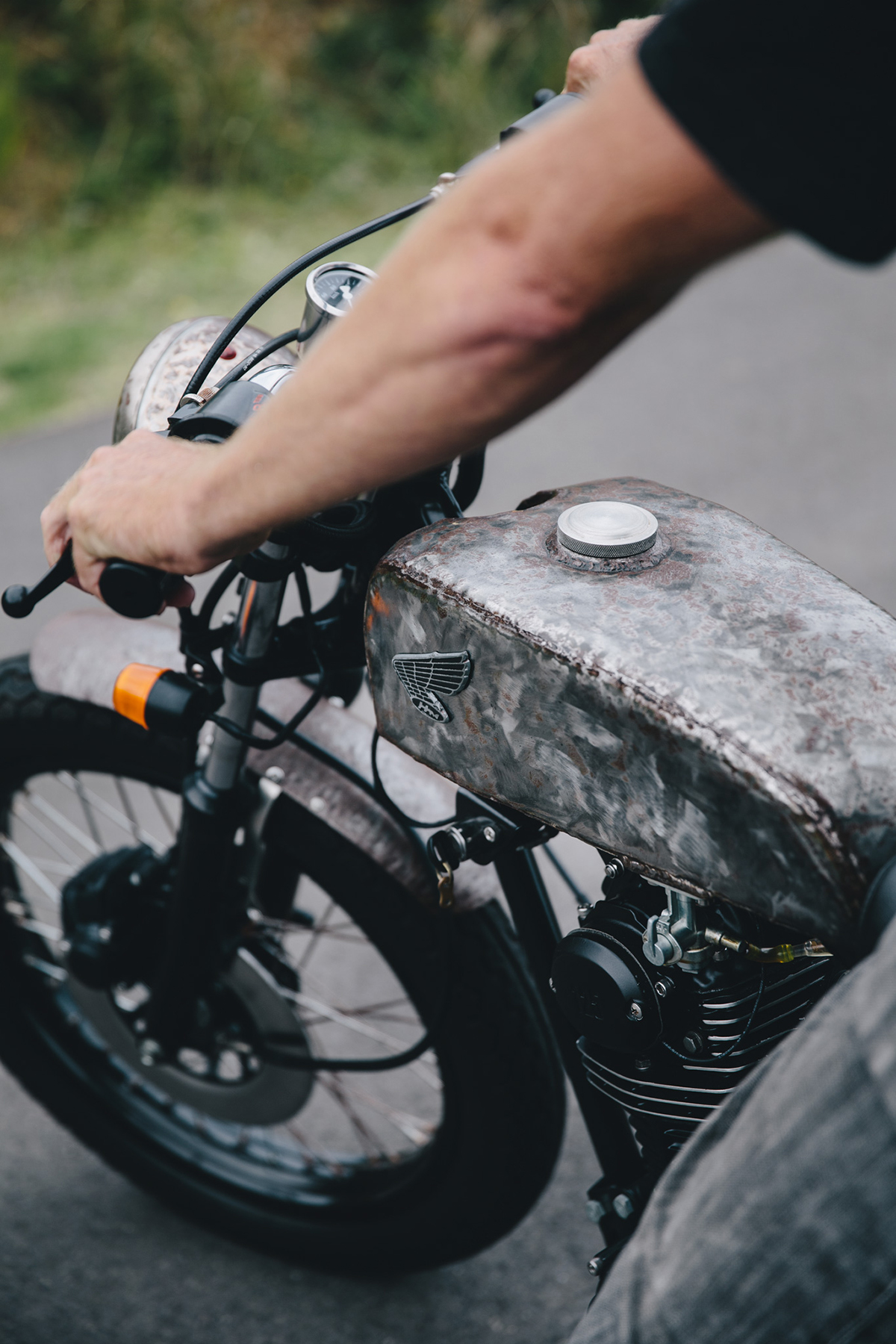 Living in Indonesia would be inspiration enough when it came to Bret’s next build. The resourcefulness of the custom machines that were being created over there made him want to create his own. Initially buying this 1979 Honda CB125N two years back, he belted it through the streets in both stock and modified forms. It would be the Deus Bike Build Off however that would push him to create the Indo-Inspired tracker that he had desired for so long. 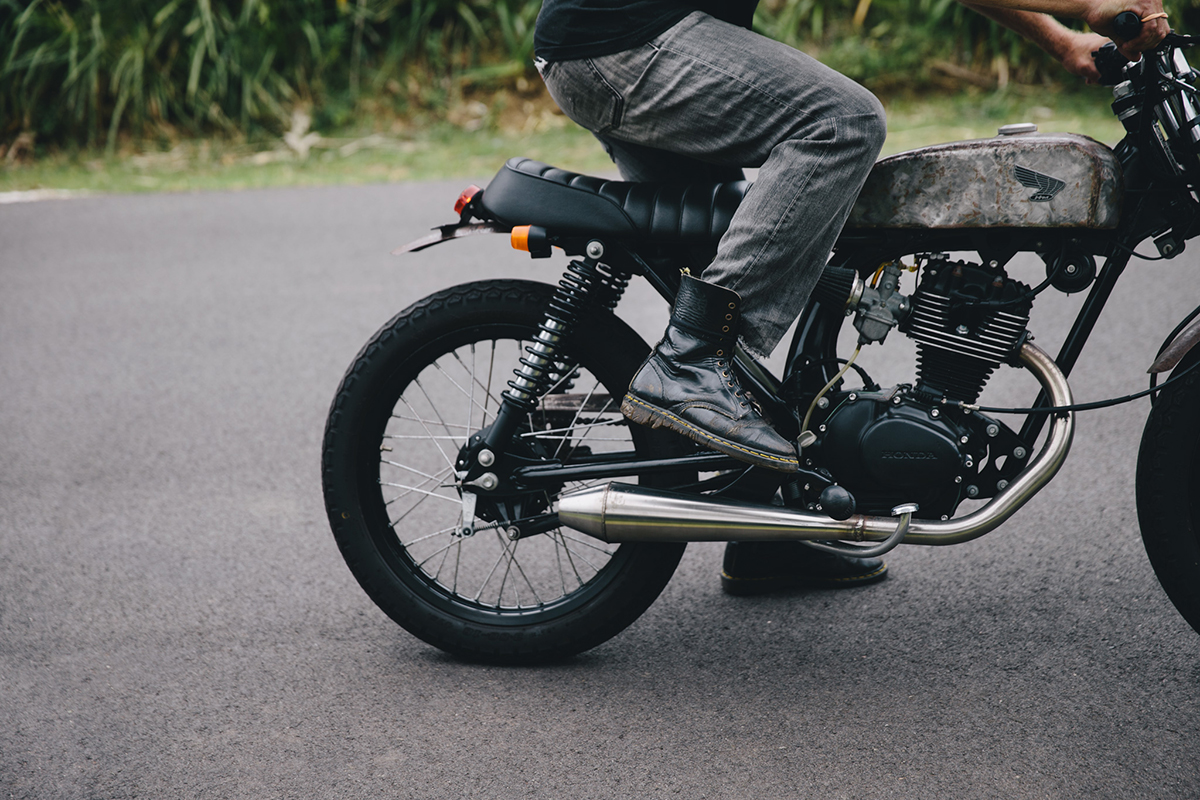 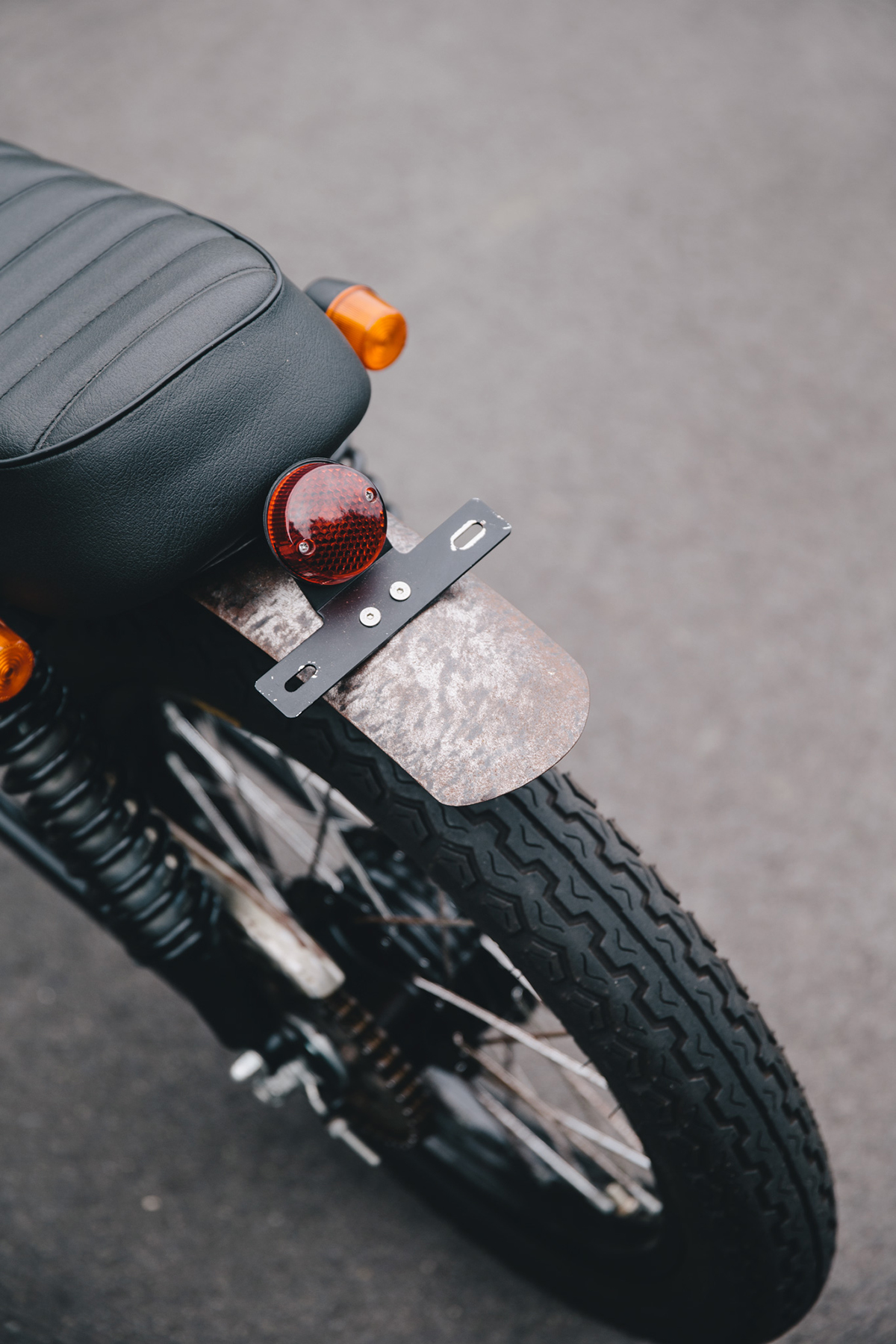 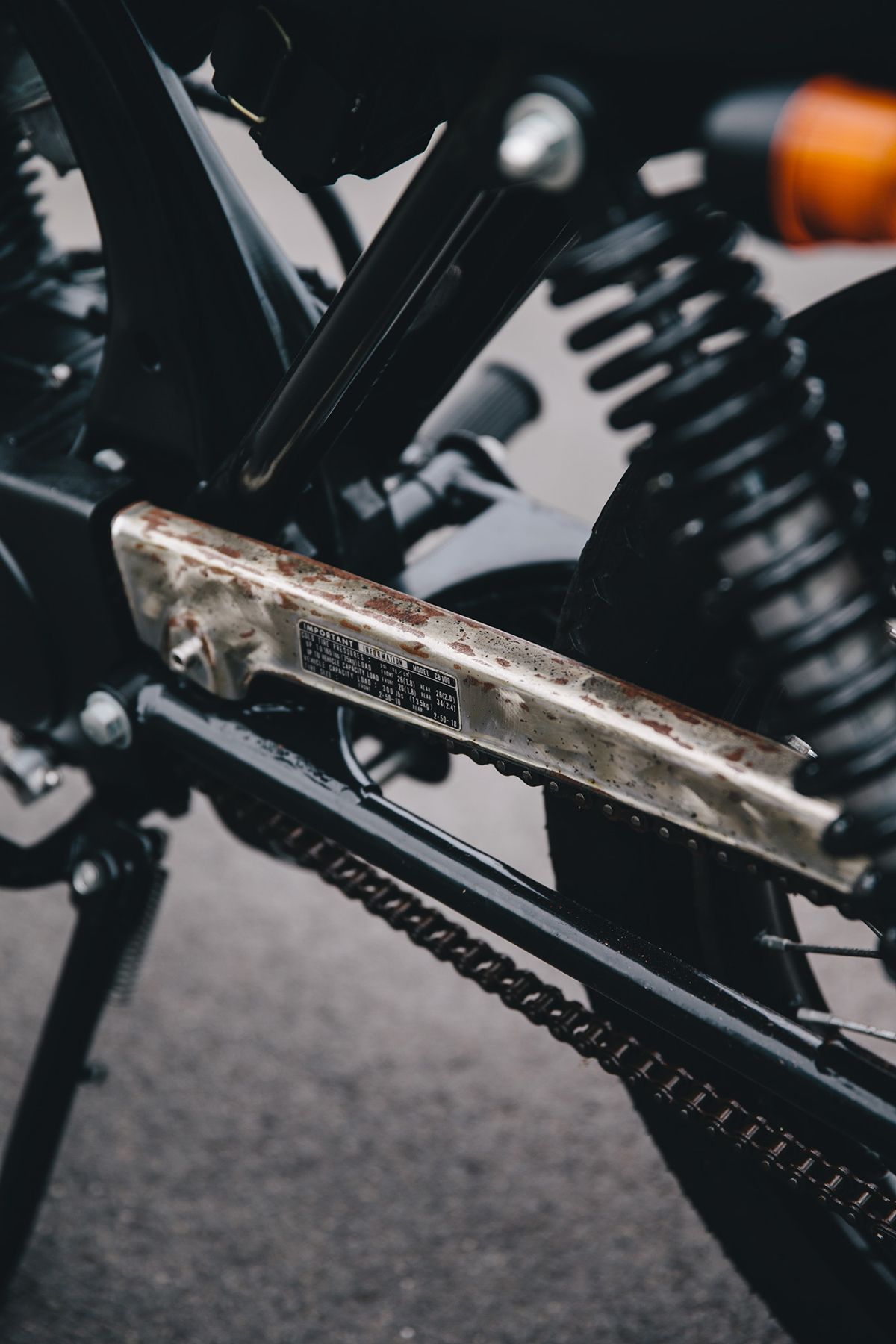 The intended participation in the Build Off would prove to be just the kick up the bum that Brett needed in making this inspiration a reality. Once back home in Australia, he got to work sourcing parts from both Oz and Indonesia. “I quickly got to work with the frame fabrication, swapping bolts out for stainless, and then re-plating the stock parts in zinc. I then powder coated the frame, hubs and anything else so as to eliminate future rust problems. I live by the sea, so battling rust is a constant for me. The alloy rims were laced up, I also extended swing arm to created a more balanced look and ride with longer rear shocks also.” 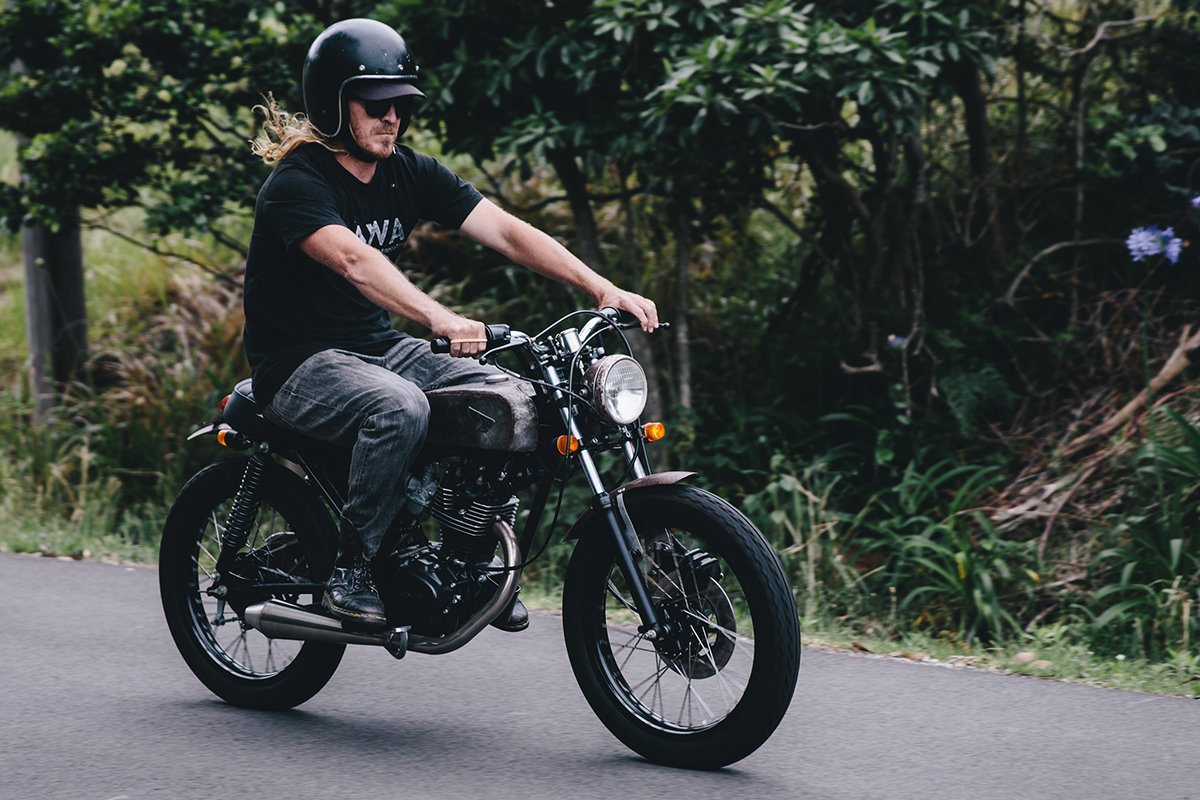 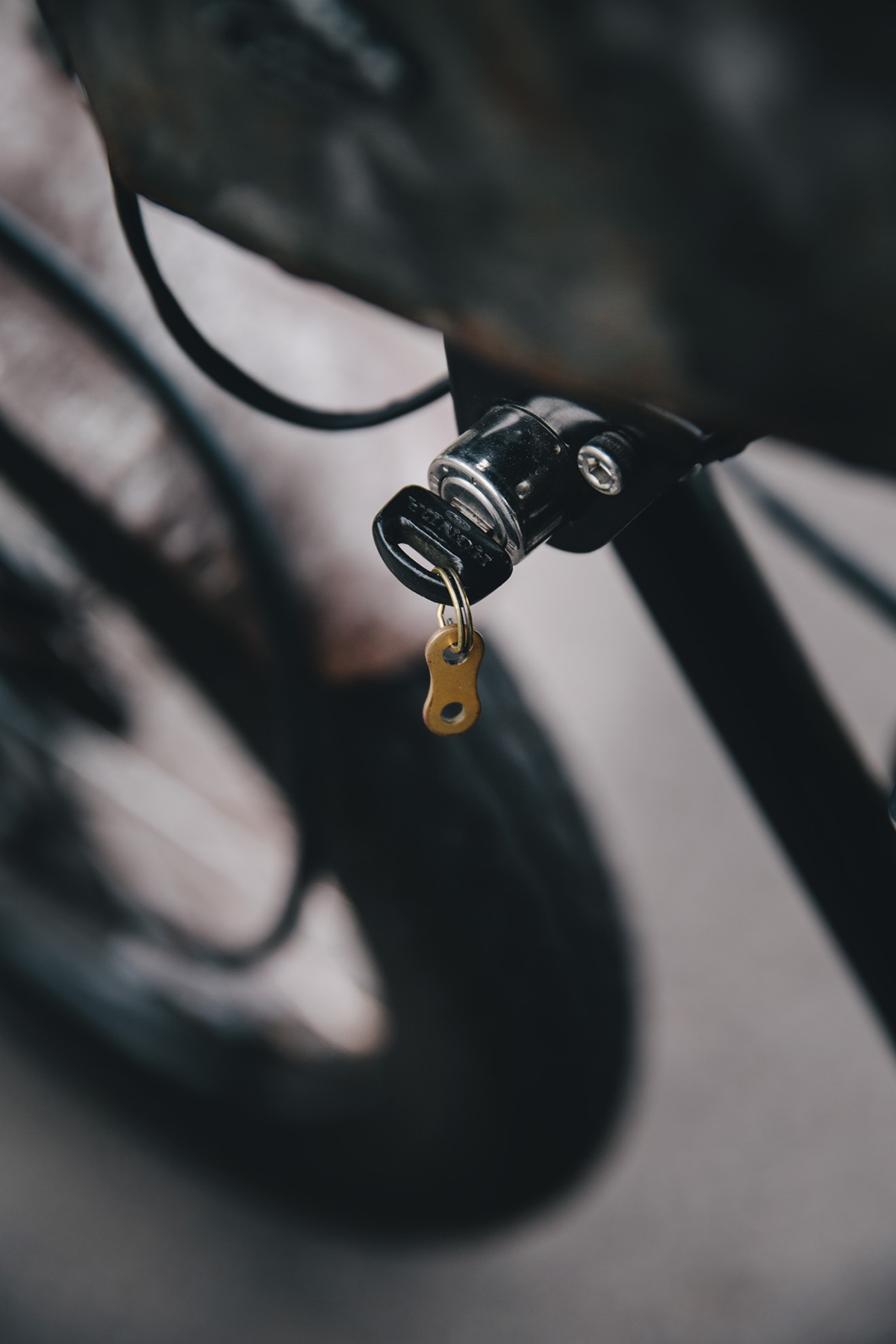 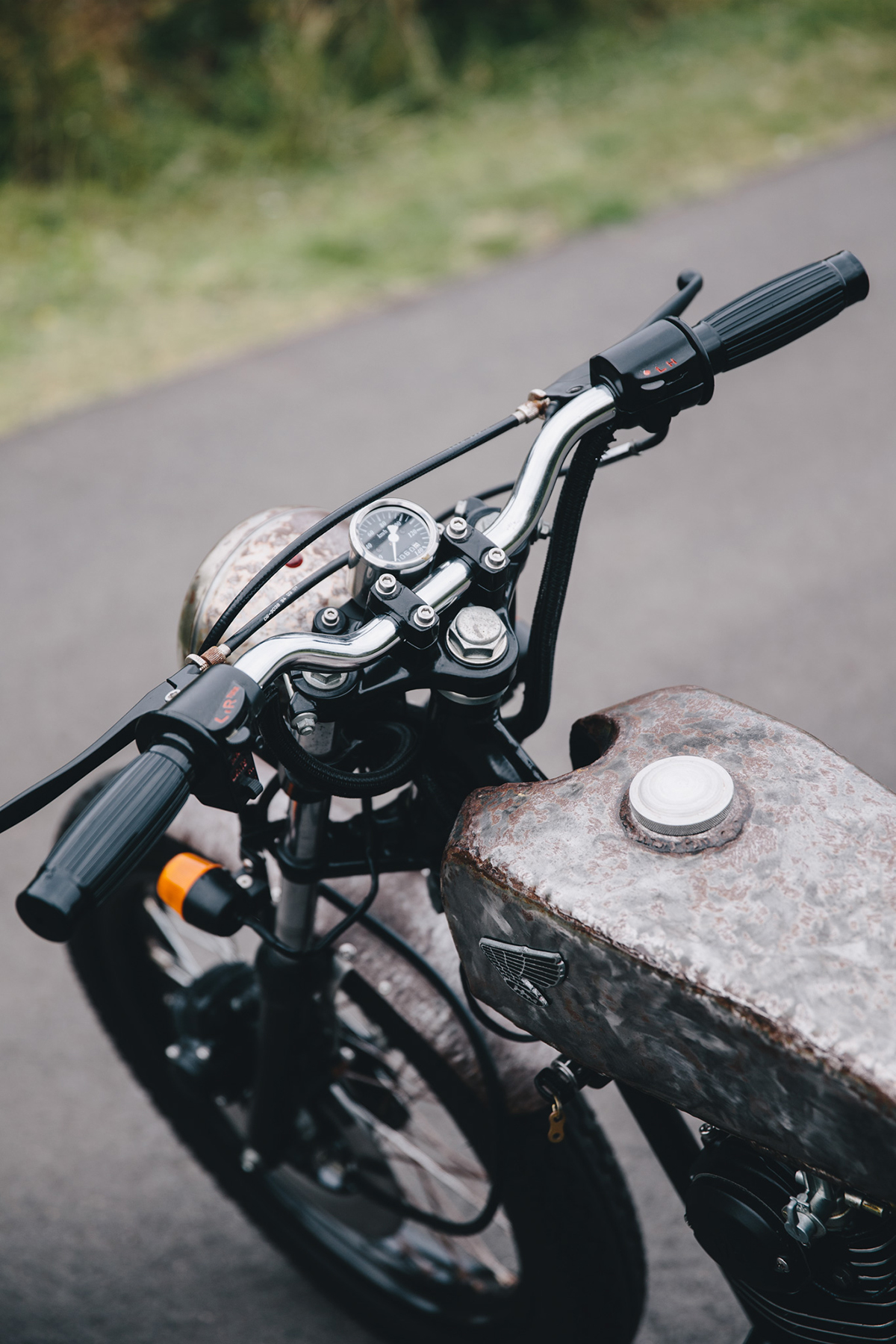 What really makes this bike unique and cements it’s Indo-Tracker style is the hand hammered metalwork on the tank and fenders. This was a process and style Bret brought back from his travels, and knew it would be the perfect addition to authenticate this build. “The process was simply an old Indonesian man who was squatting on his dirt floor, shaping and beating the steel with a hammer. Once I brought these parts back home, I sealed the inside of the tank with redkote but allowed the surface rust to build up a little before I put a cross-hatched texture to all the parts. The tank, fenders, headlight, pod filter and modified CB100 chain guard all received the same treatment. I found out a secret way to clear coat the tins from a local hot-rod builder, and so sealed them with that process.” 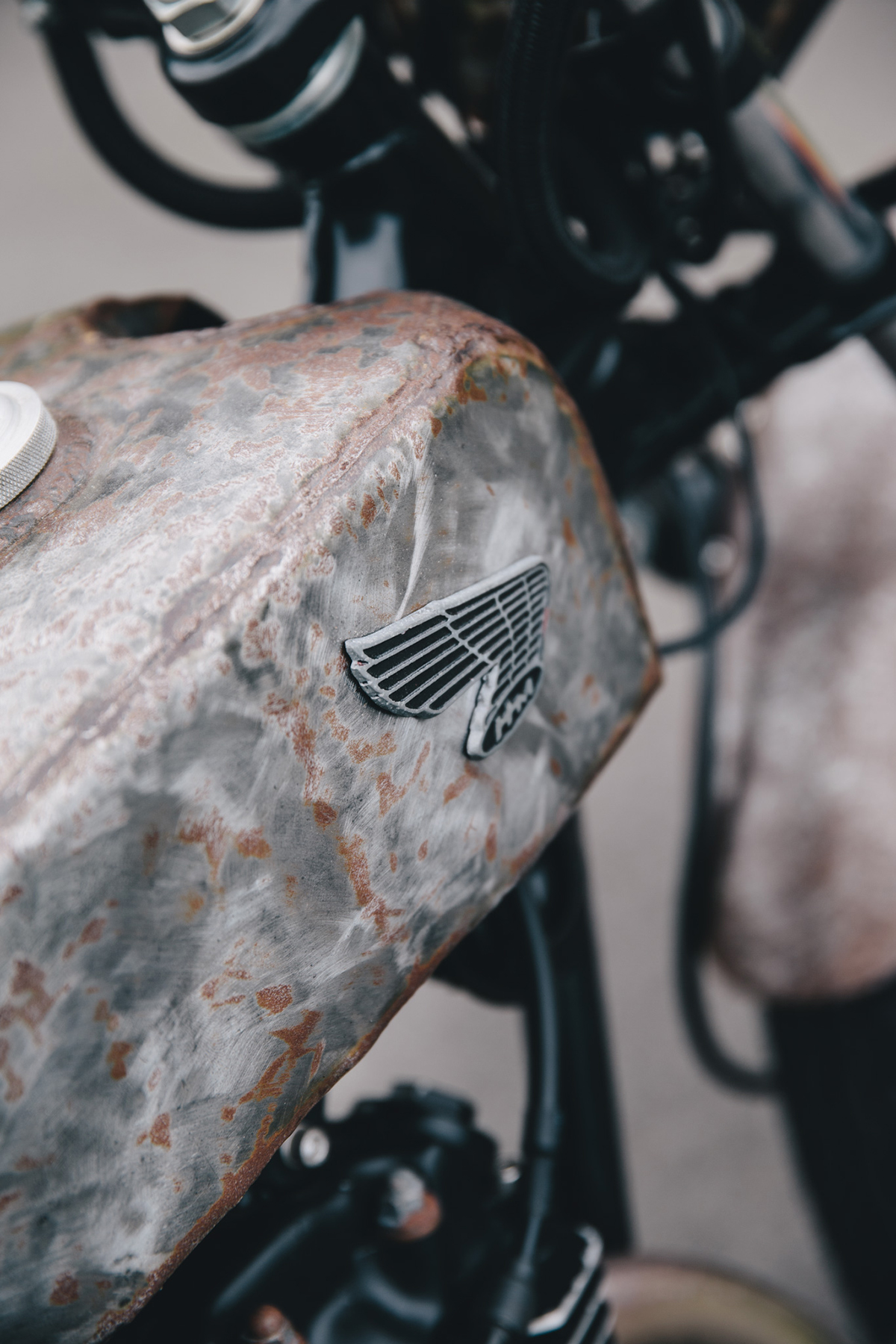 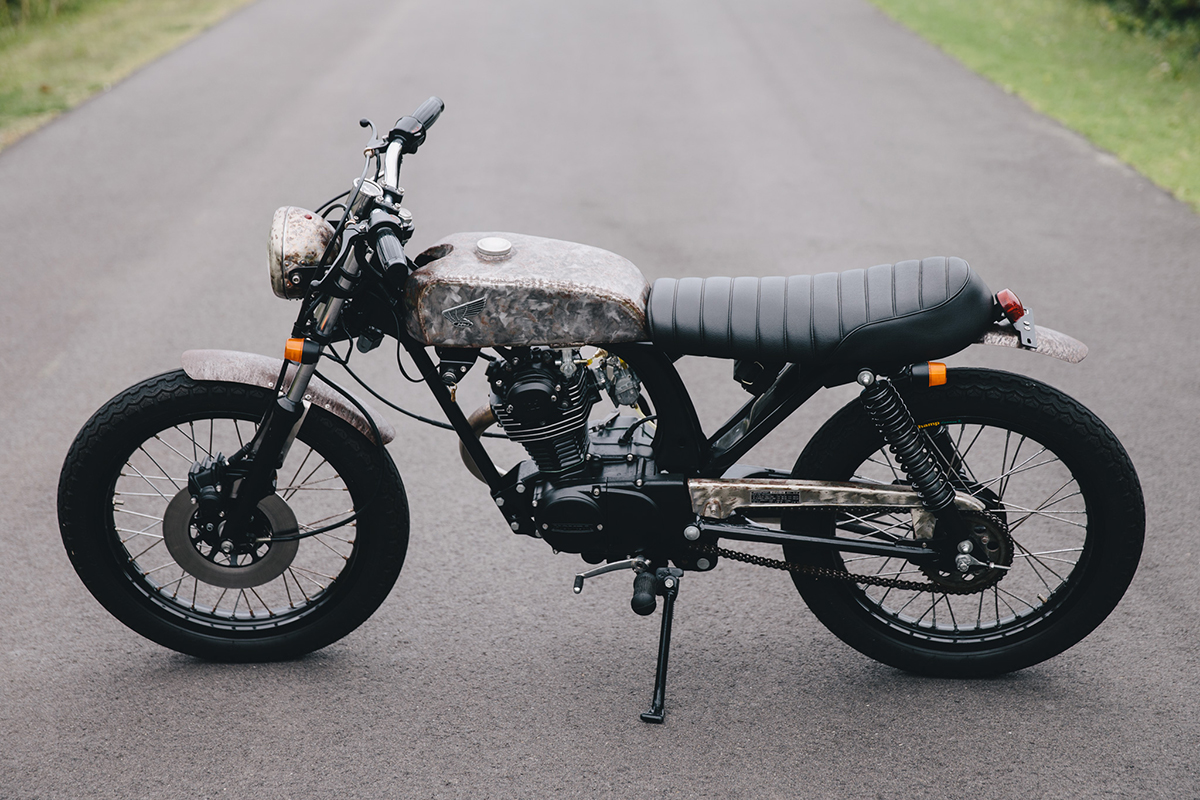 This is a bike that is born for street bashing through coastal towns; early morning scoots to the beach to check the surf, and with a small modification lugging your surfboard around. “I just love her look, it’s exactly what I was after when I started the build. A friend of mine named her “ratatouille”  after the French cuisine of mixed up food – not the Pixar film, her donor was a very unattractive 1979 Honda CB125N. She’s ratty, but still a pretty ride with the perfect patina. She’s one of a kind.”
You can now own the Indo-Tracker! CLICK HERE 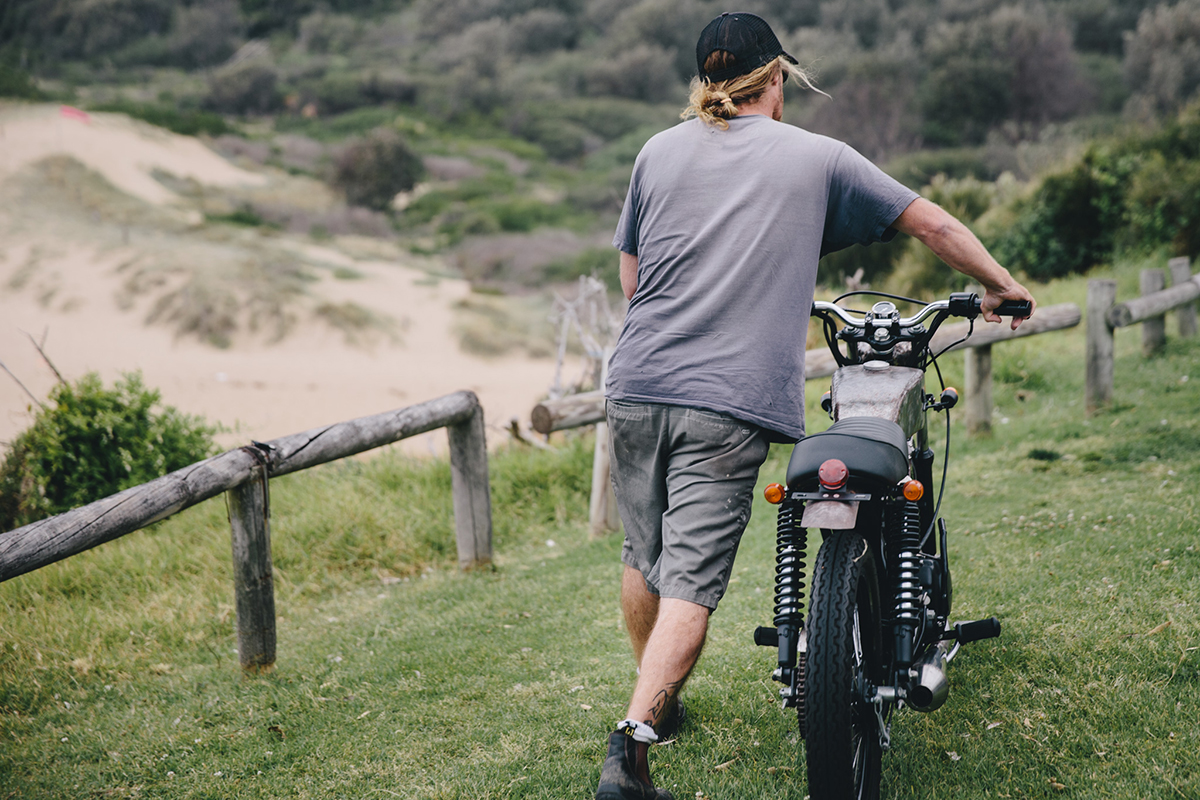 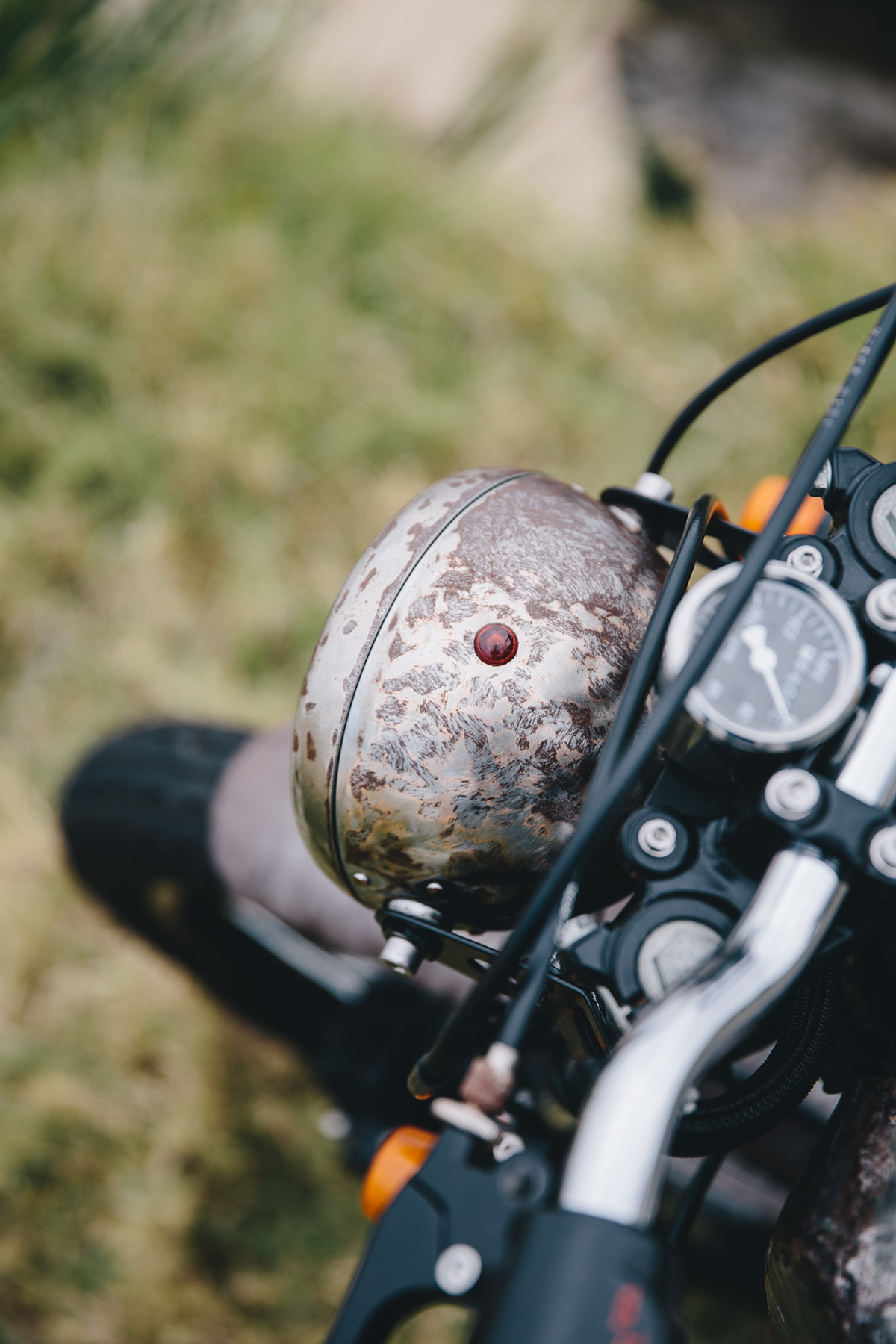 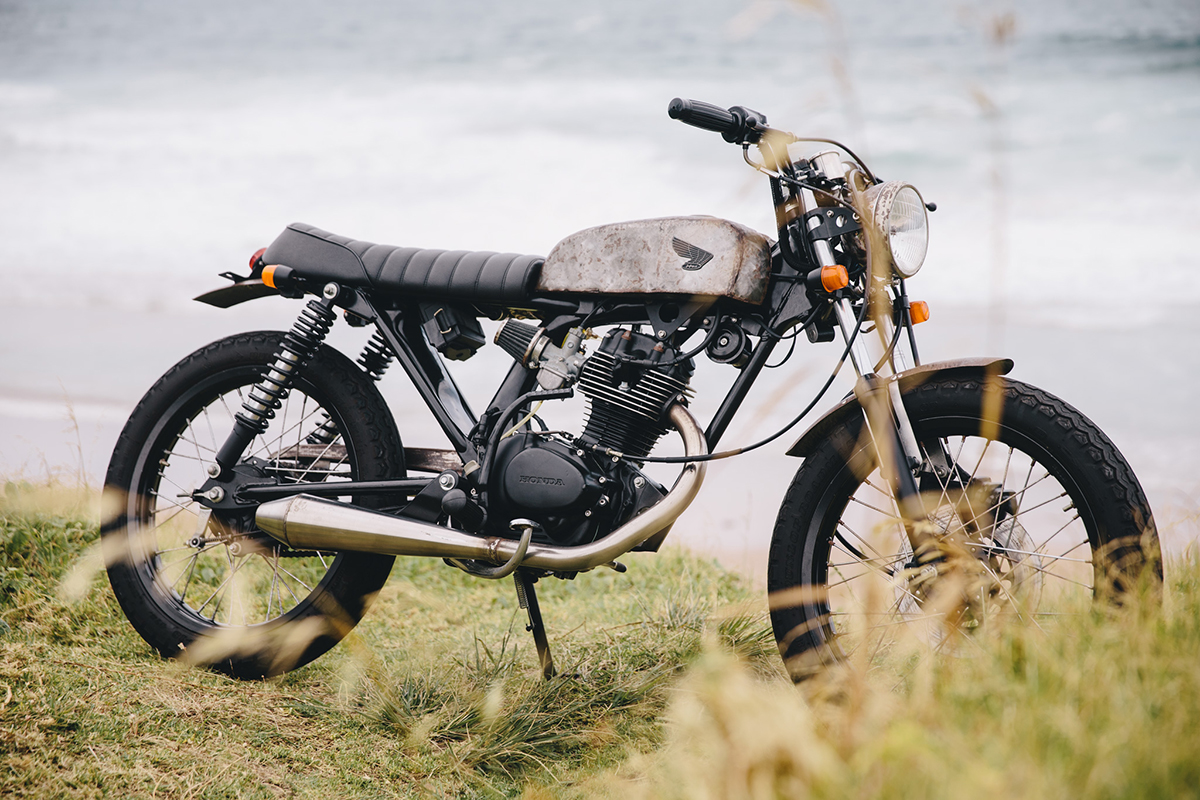 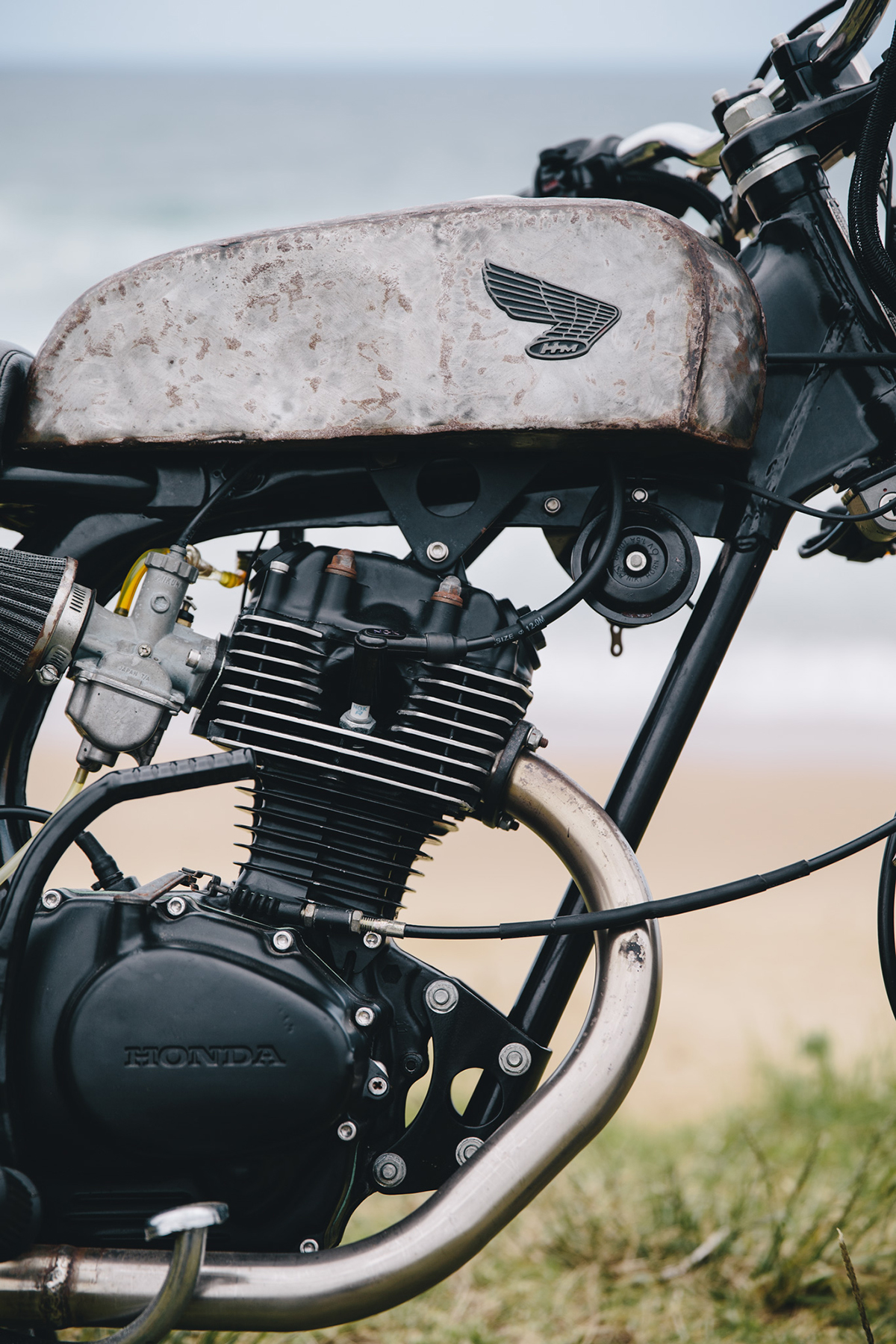 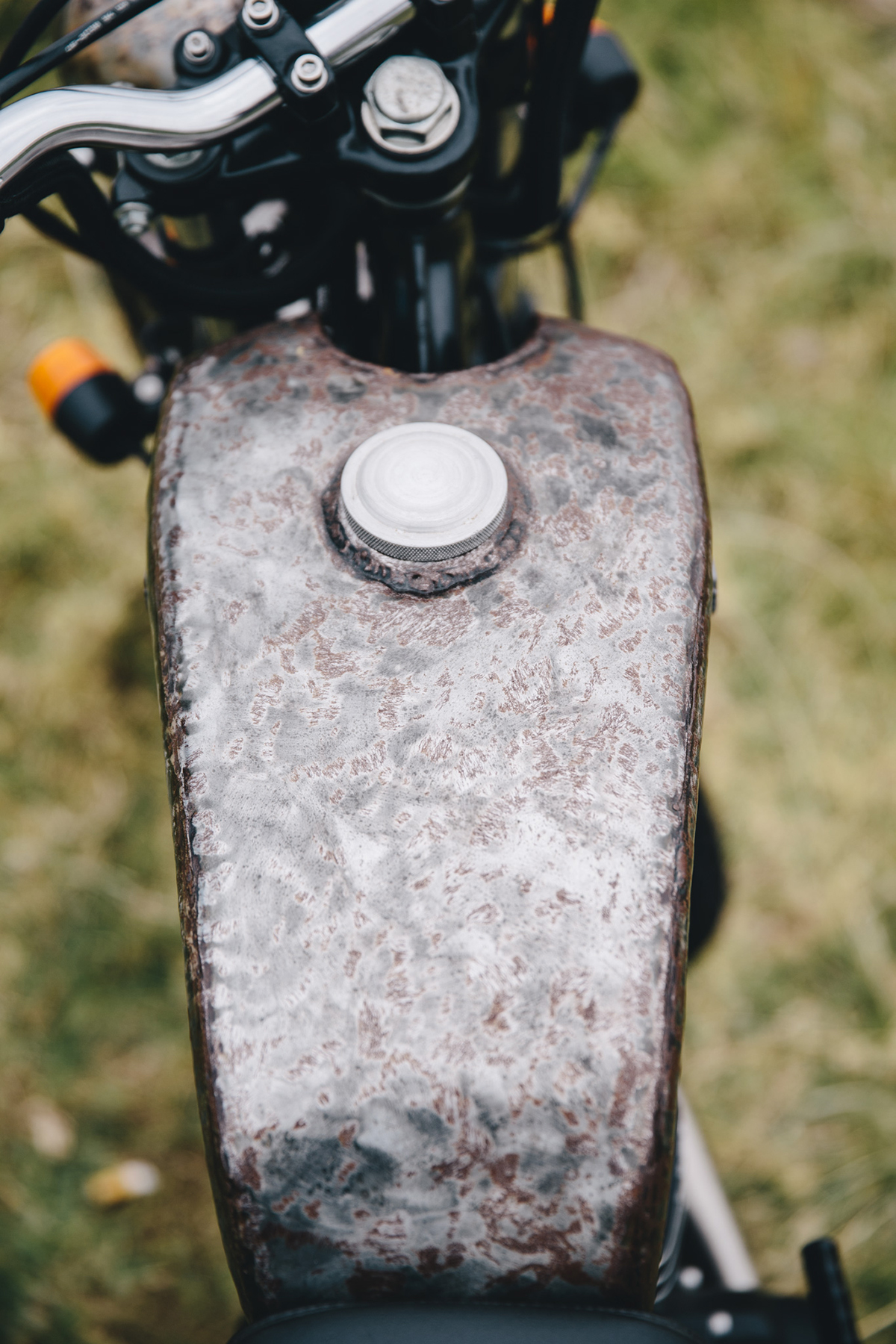 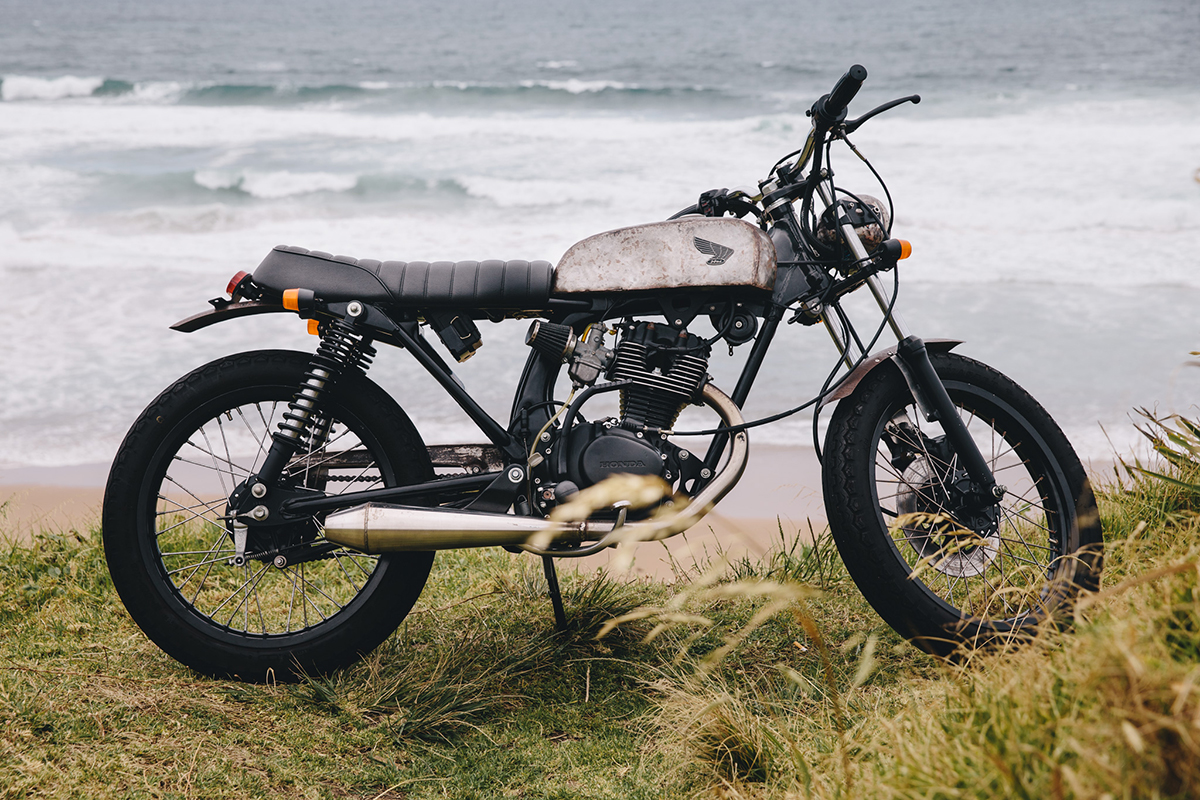