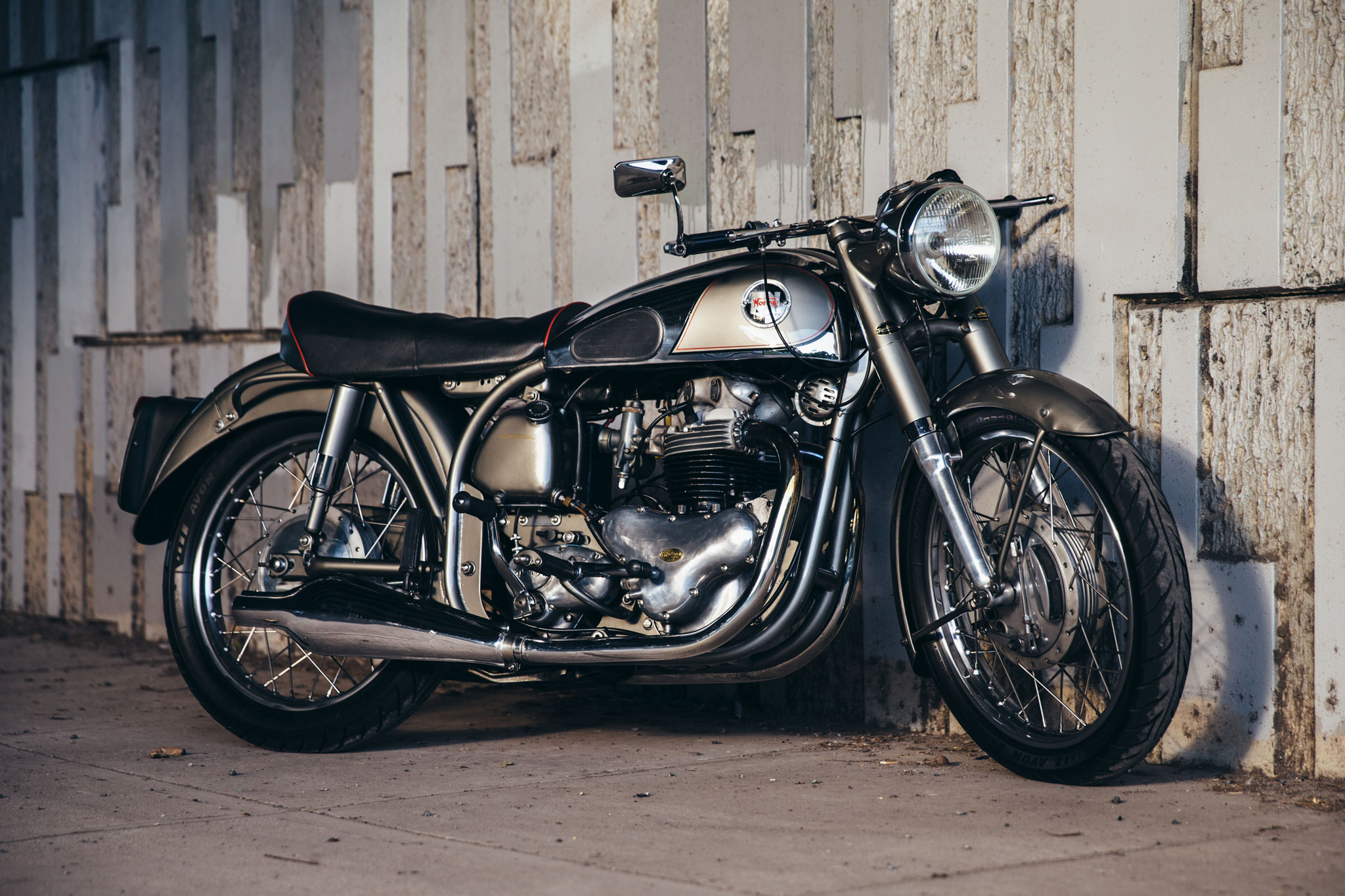 Developed by Norton as their answer to Triumph’s Speed Twin, the Dominator would set the pattern for Norton Twins for the coming three decades. Today, a restored 1956 Norton Dominator Model 88 rules once more. 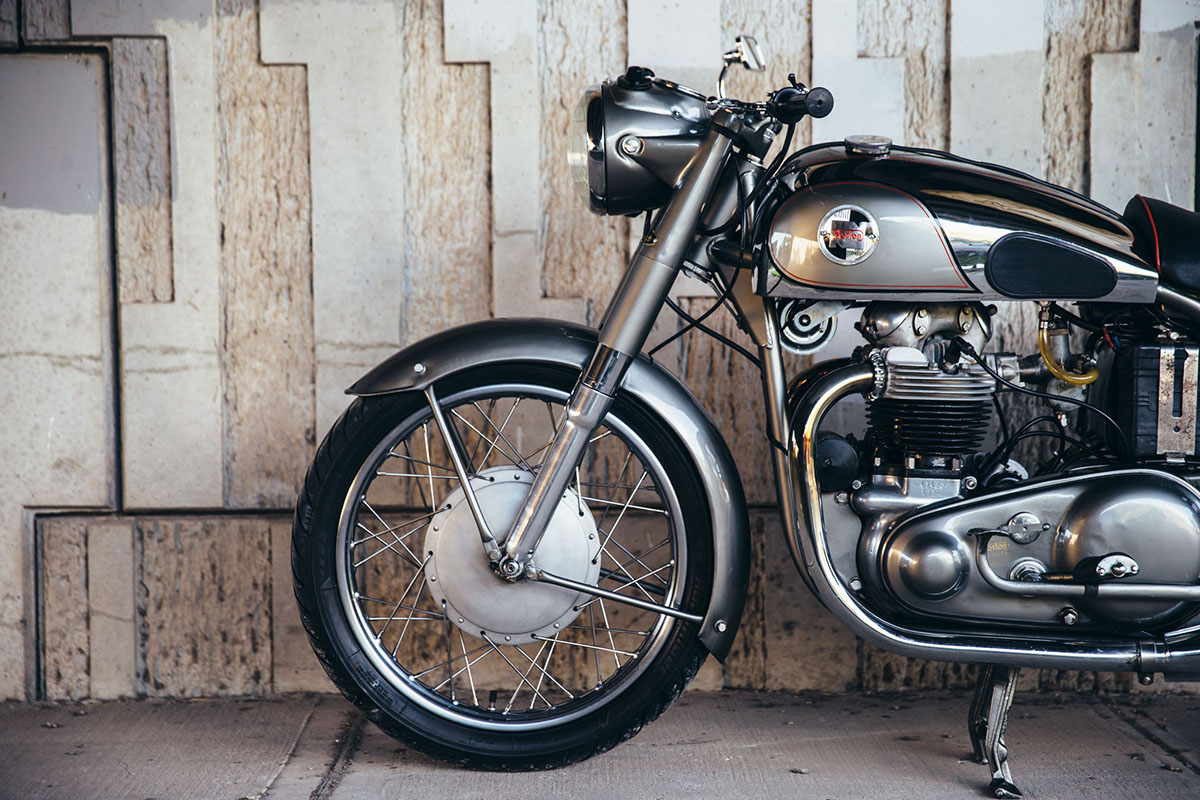 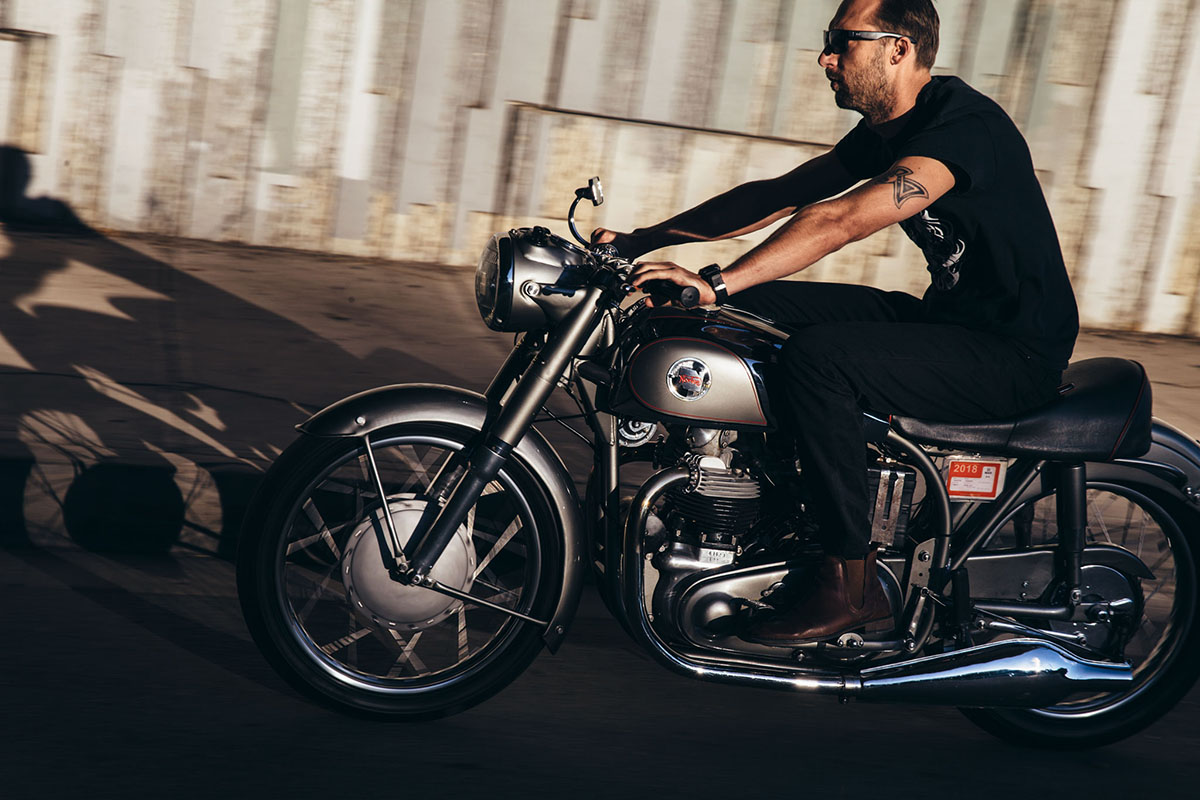 Riding since the tender age of 5, Ross’ father made sure to share his passion/addiction that was motorcycles with his son. Everything from Laverda’s, Norton’s, Ducati’s and BMW’s would grace the garage of their home. For Ross, he’d be smashing about on is own machines that were more appropriate to his age and stature at the time; QR50’s, XR’s, MX80’s and, of course, the quintessential postie bike. Racing these machines came next, hitting the flat track and motocross back when you could buy AVGAS from your local servo. “After racing came cars, for me. AKA, going out and chasing girls. I eventually got hold of an old RM250 before leaving for the Defence Force. After a long period of being deployed and not being able to have both car and motorbike, an opportunity presented it self in the form of an old Norton Dominator. It was too good to resist.” 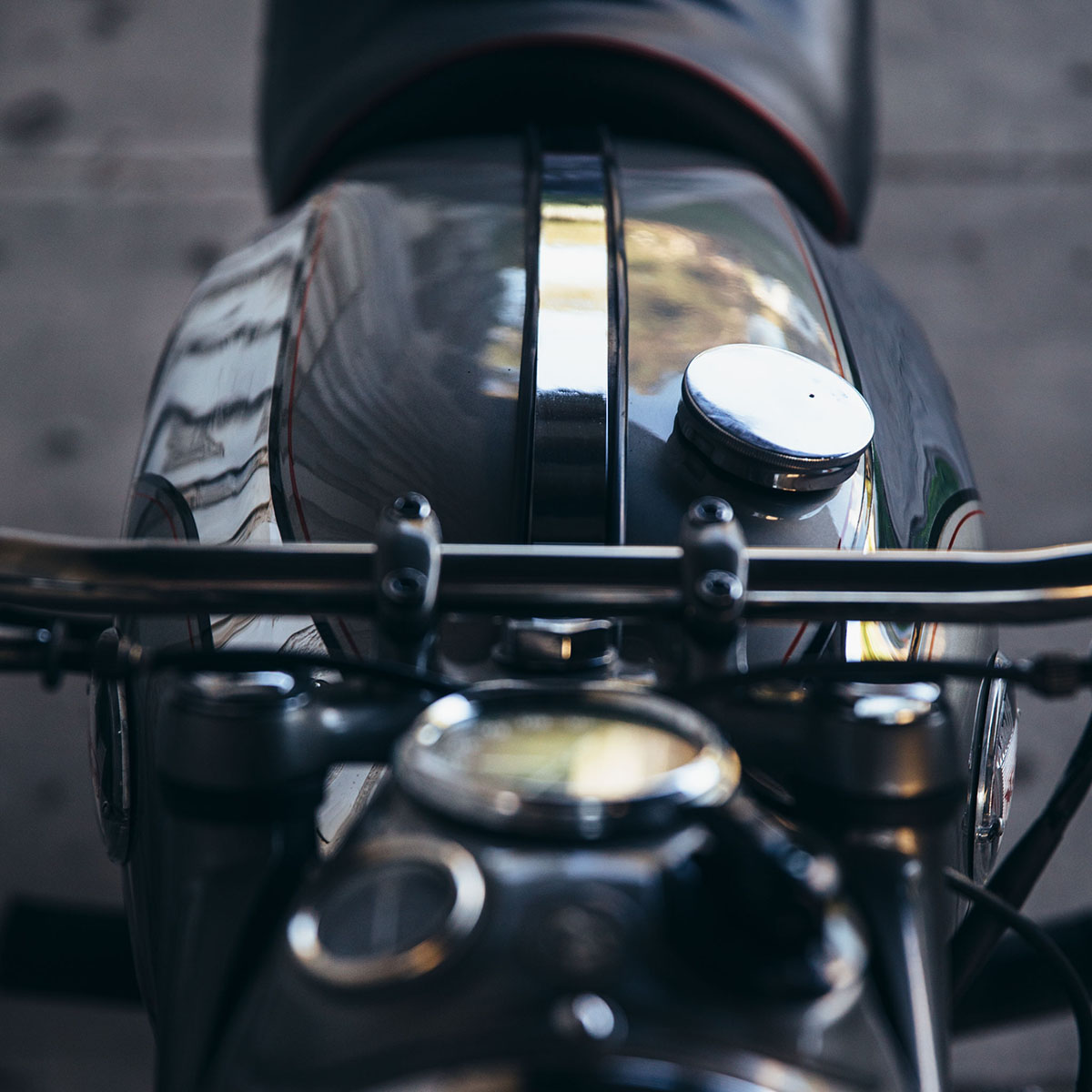 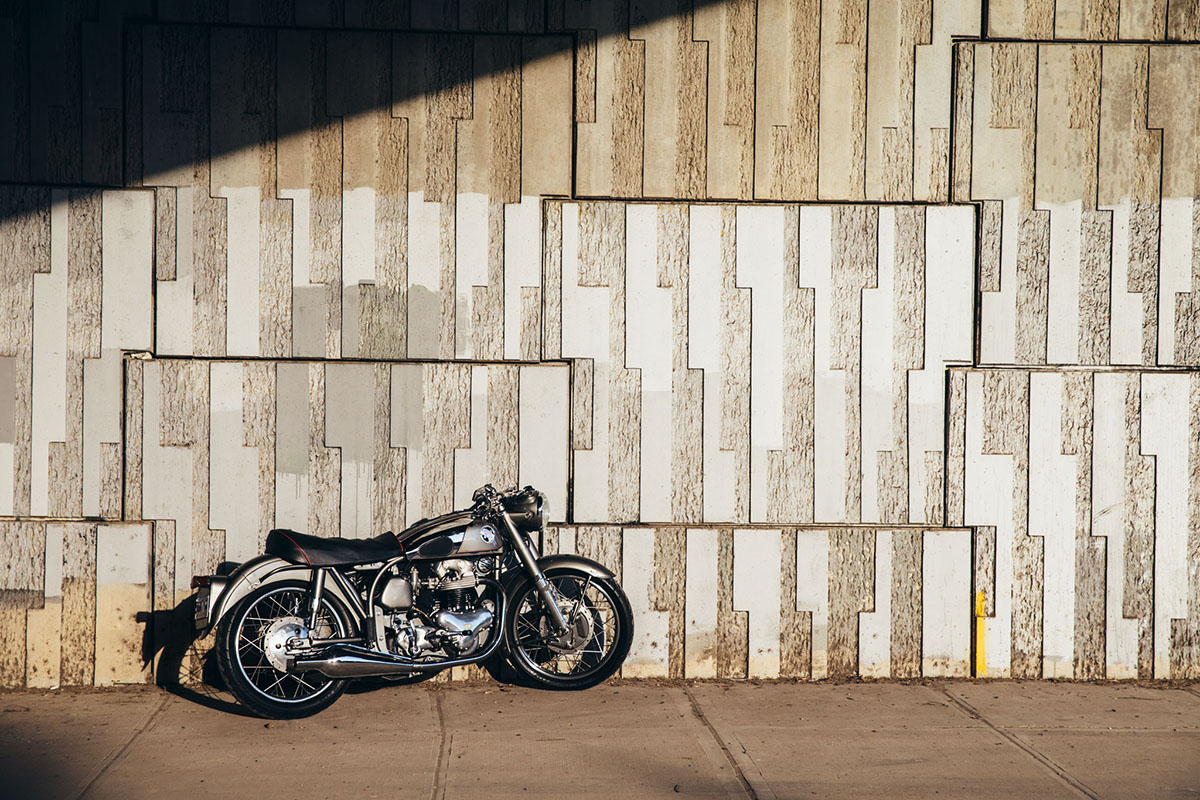 One fateful day, Ross got wind that one of his Dad’s mates was selling 2 old Norton motorcycles. Being in the market for not just a bike, but a project, this opportunity was ripe. “I had test ridden a few bikes, but knew that they weren’t for me. I had a choice of these 2 from my Dad’s mate, and simply couldn’t resist the famous featherbed frame of the Model 88. I would have been happy with any Norton, so the bike really just came my way.” 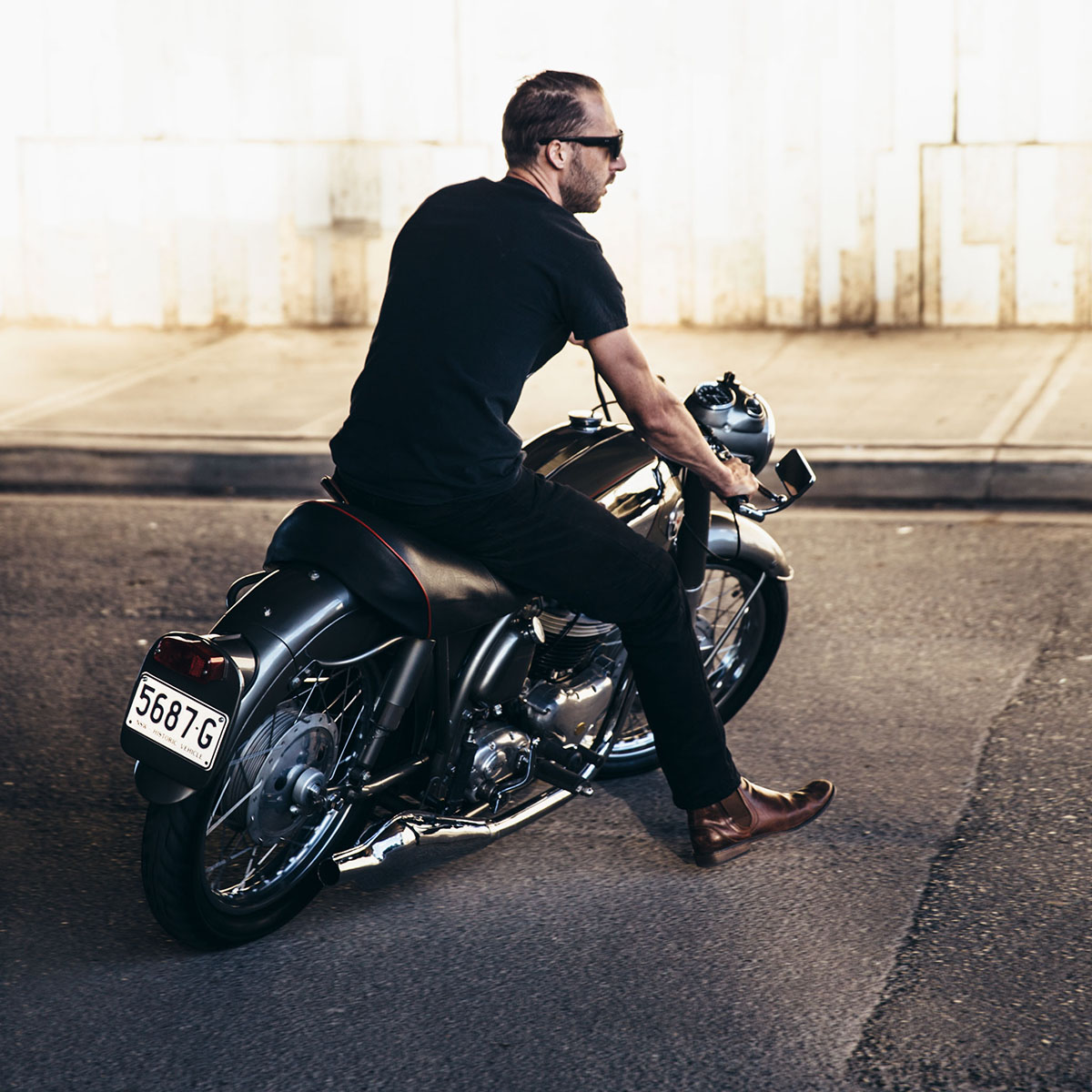 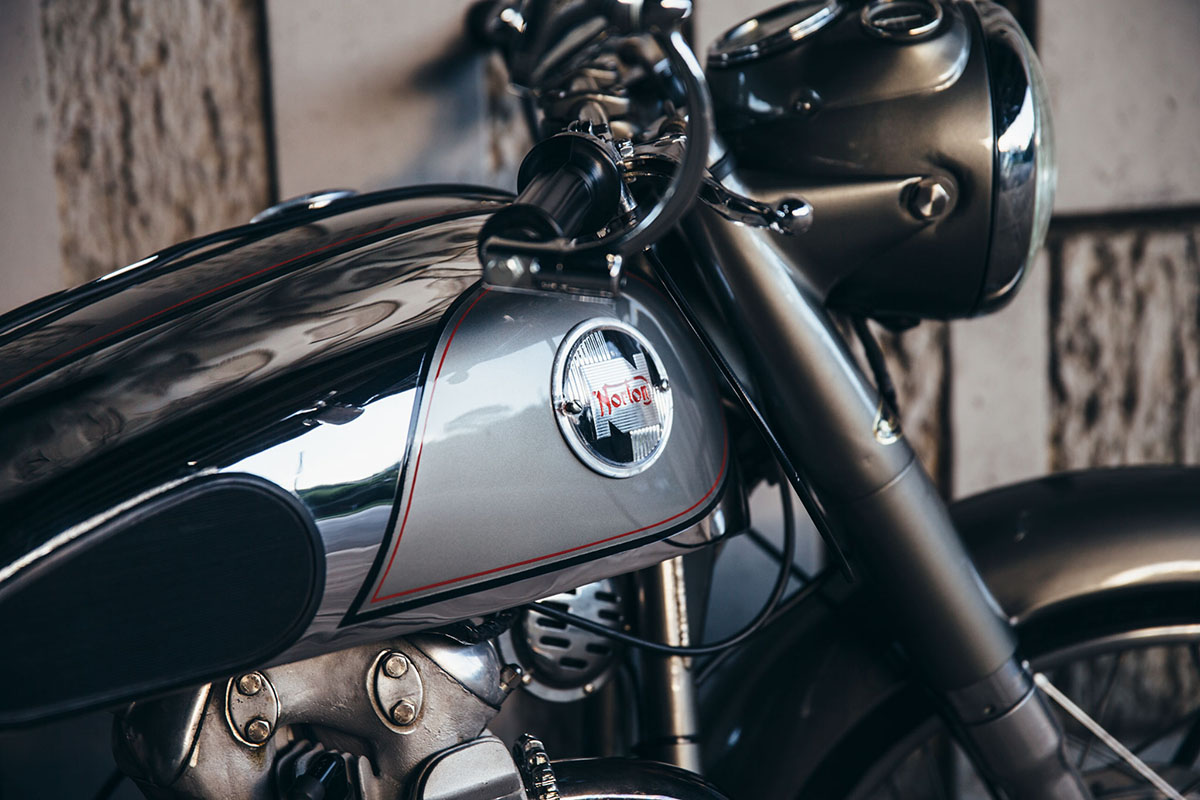 The Model 88 Norton Dominator featured the famous featherbed frame, which was developed to improve performance of their machines around the demanding course of the Isle of Man TT, which Norton had dominated (see what we did there?) since the events’ inception in 1907. This frame was revolutionary for its time, and was the very best handling frame a rider could have. This featherbed frame led to the Model 99 Dominator, developed in 1951, it was originally for export but entered the home market from 1953. The proud engineering and racing history behind Norton makes it easy for one to tumble-down-the-rabbit-hole in finding out more about this legendary manufacturer and the passionate people that restore and ride them today. 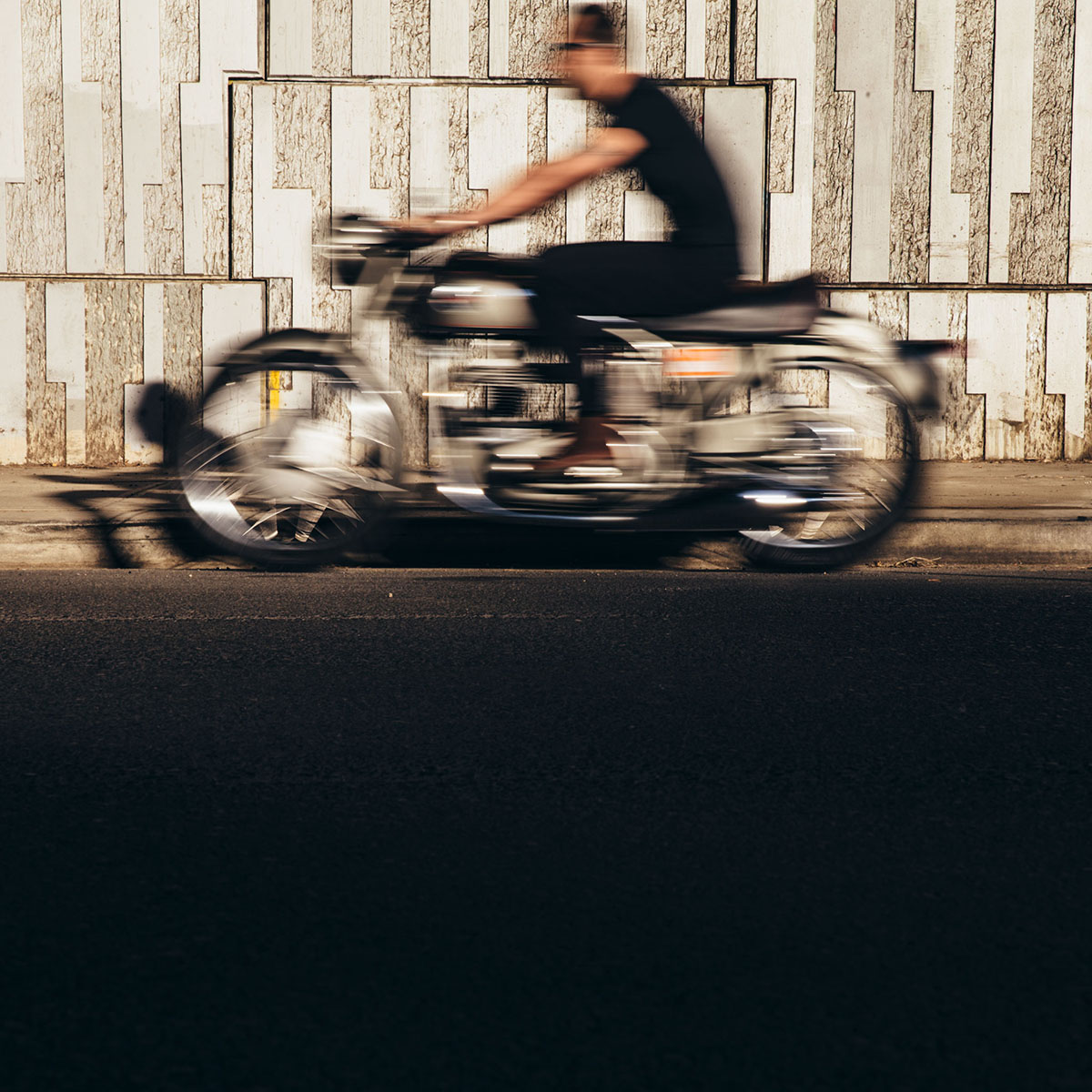 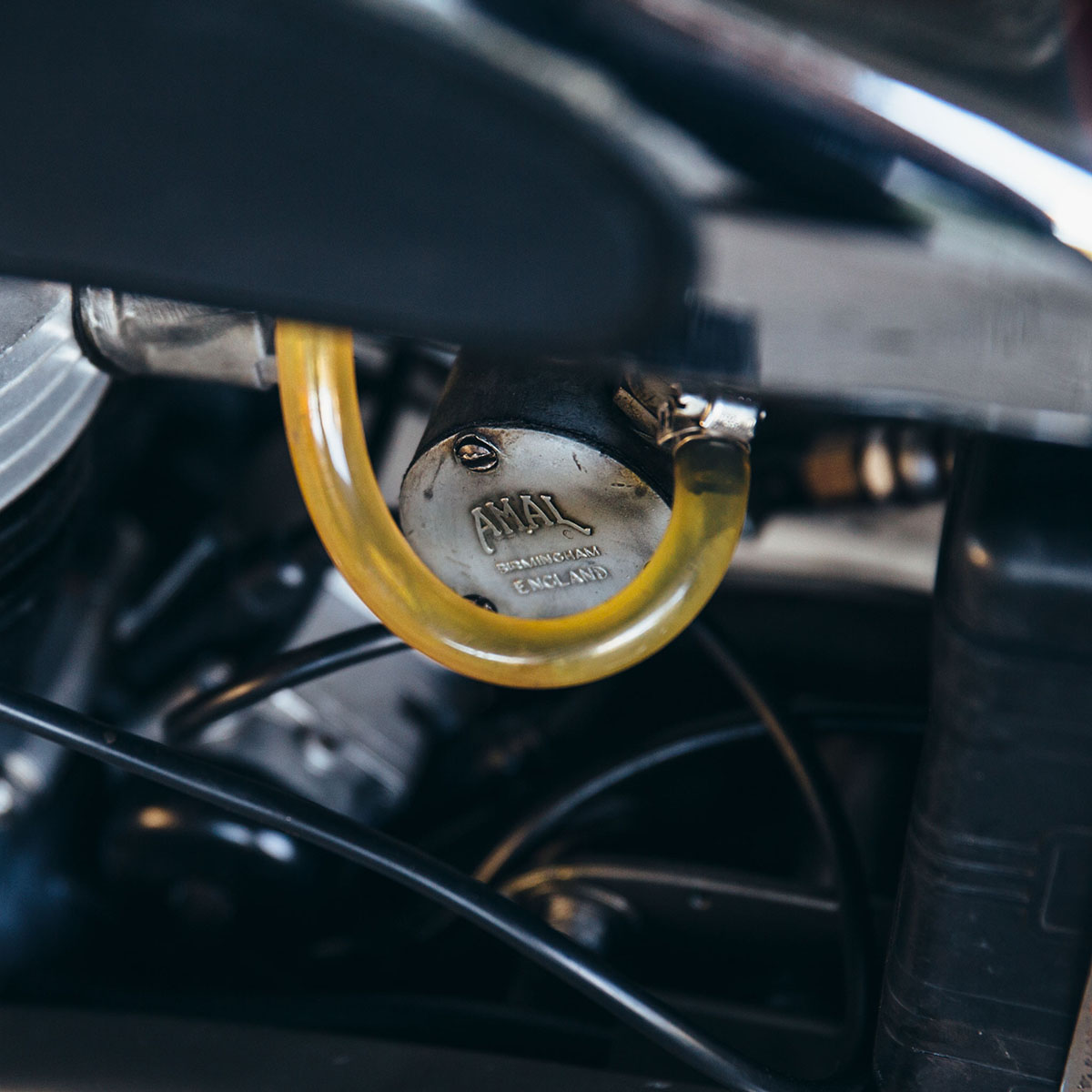 The 1956 Norton Dominator Model 88, that was now in the proud ownership of Ross, had been set up as an airport tarmac racer. “It looked really cool. It had aluminium guards, a racing tank, solo seat – anything that wasn’t needed on the bike wasn’t there. My first time riding it was around Carnel Raceway, it was there that it put a conrod out the side of the crankcase, right next to my boot. From there it was rebuilt. Luckily my dad had a spare crankcase. I reconditioned the barrels, reconditioned the head, new valves, pistons, conrods, crank re-ground and balanced, new rims, and wheels and then stripped and repainted the frame. I wanted to rebuild this machine to get it as close to original as possible while running to reflect that.” 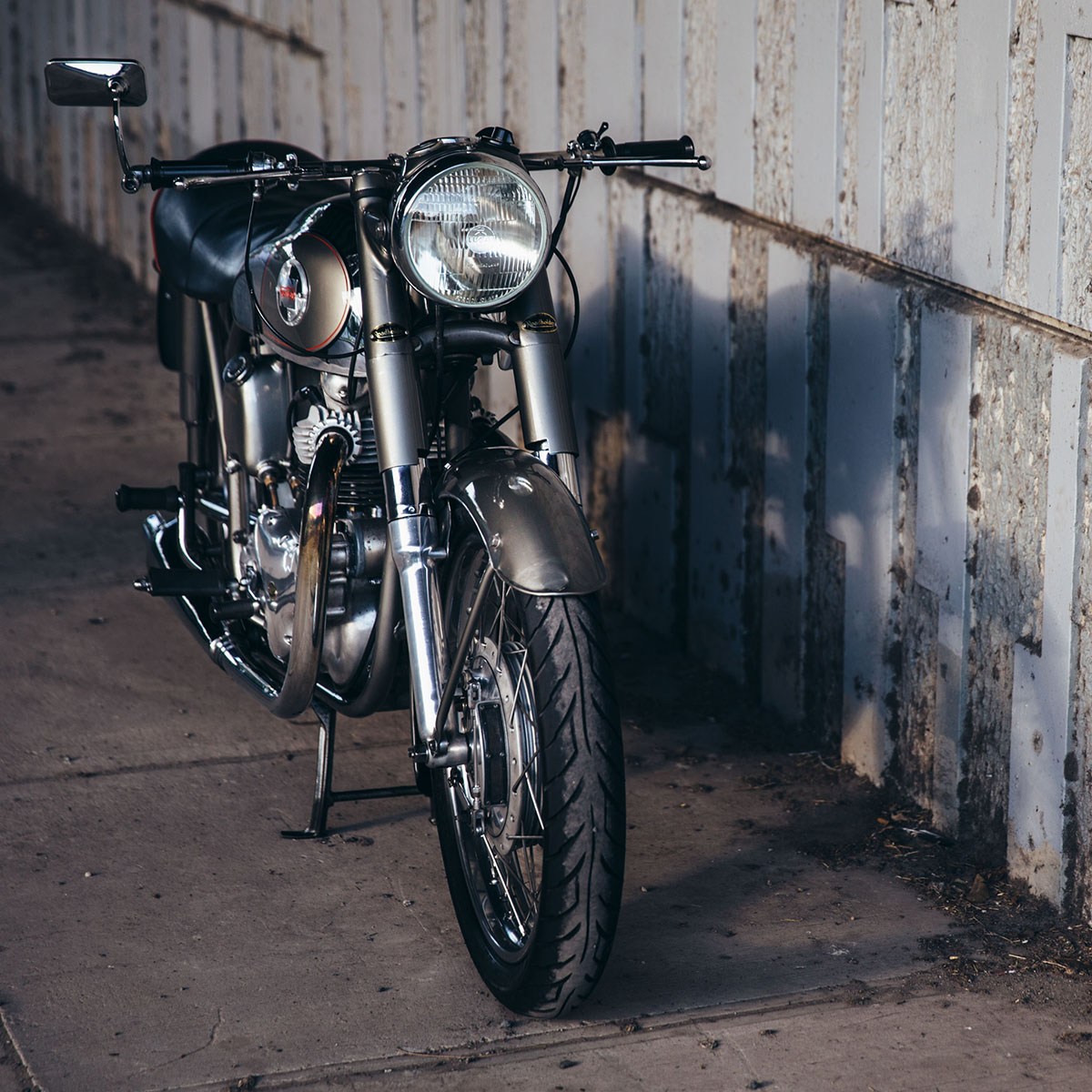 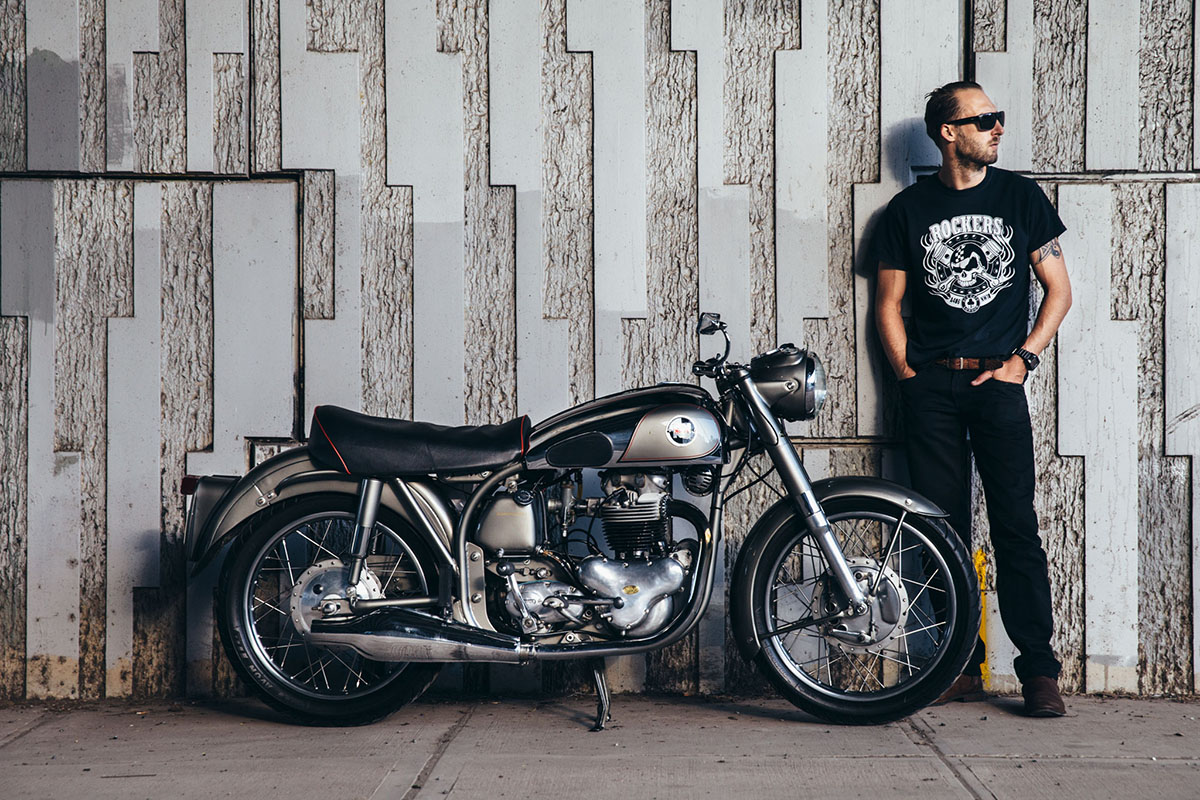 Getting to work on this 61-year-old machine would be a learning curve for Ross, but his sincere passion for these old British machines pushed him across and bumps in the road. “When I started work on restoring it, I wasn’t too sure what it was going to look like. When you have so much prep work to do it’s really easy to become disheartened. Once the build started coming together though – boom! I knew nirvana was around the corner.” 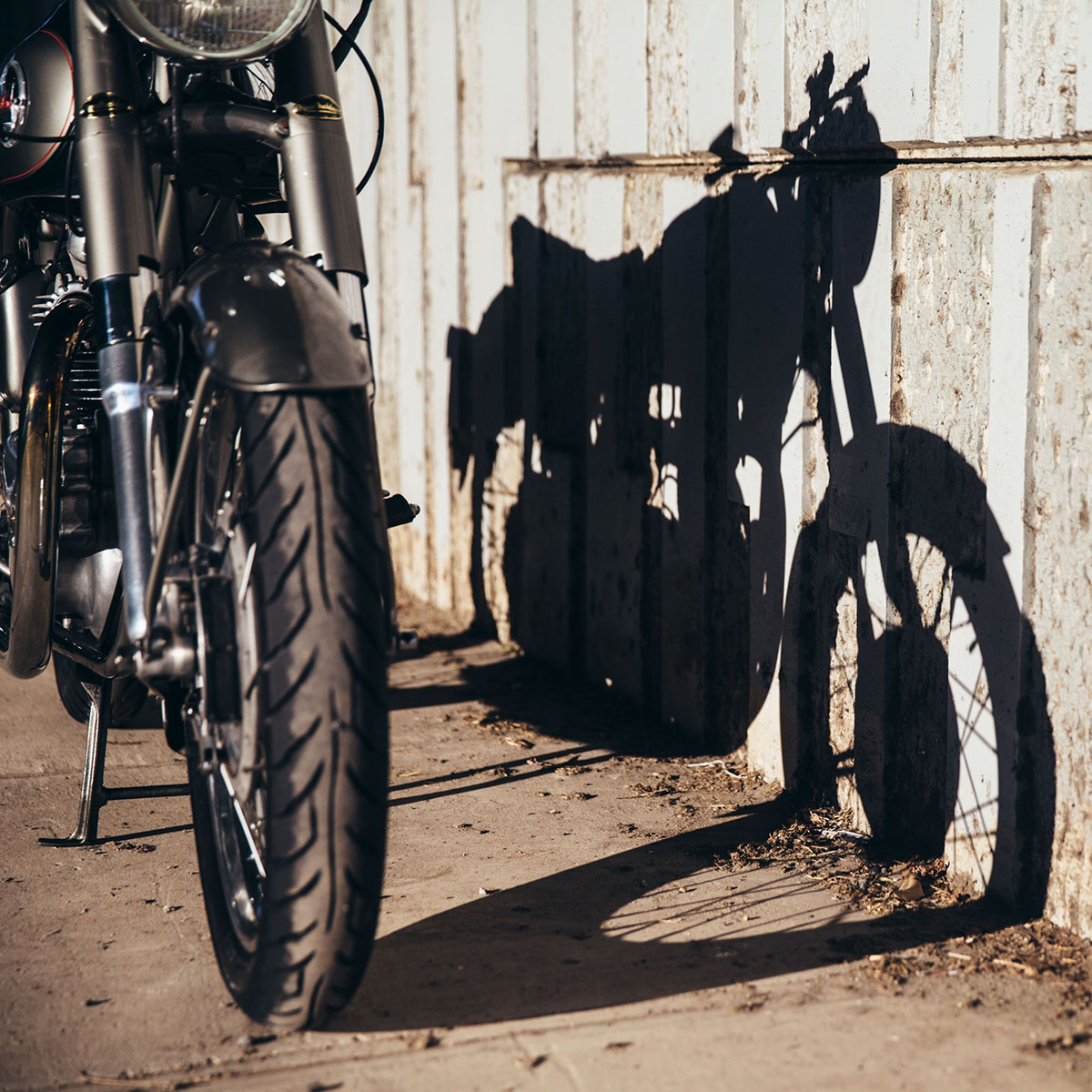 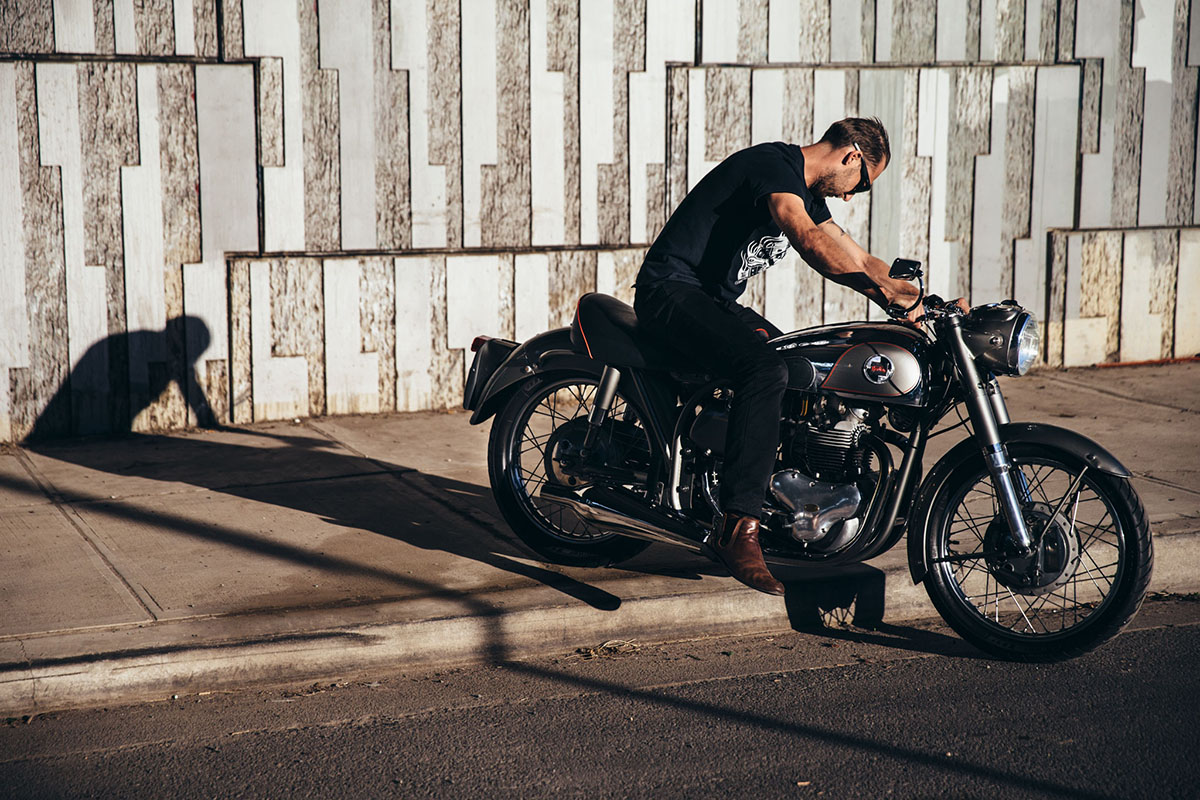 Restoring a machine like this means a whole new level relationship between man and machine. Each solution to a problem is an achievement, and it makes the ride and quirks of the bike all the sweeter. “The noise and handling of this machine… It’s music to my ears and good vibrations to my bones. It’s unique to me as I know every nut, bolt, and washer on it and I doubt I will ever get to restore or build another Norton, ever. The quirks are probably just how individual it is, I doubt there is another quite like it in Australia.” 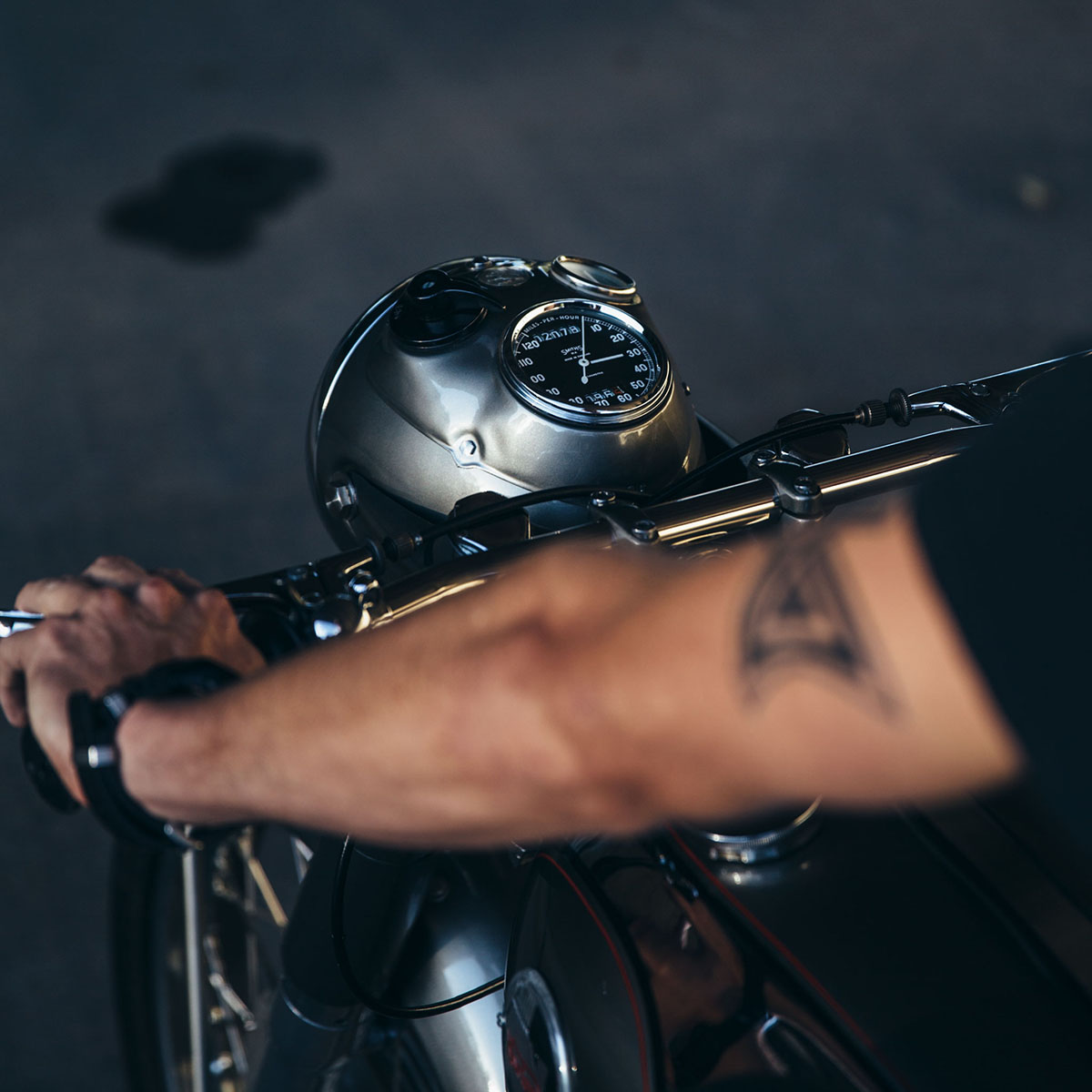 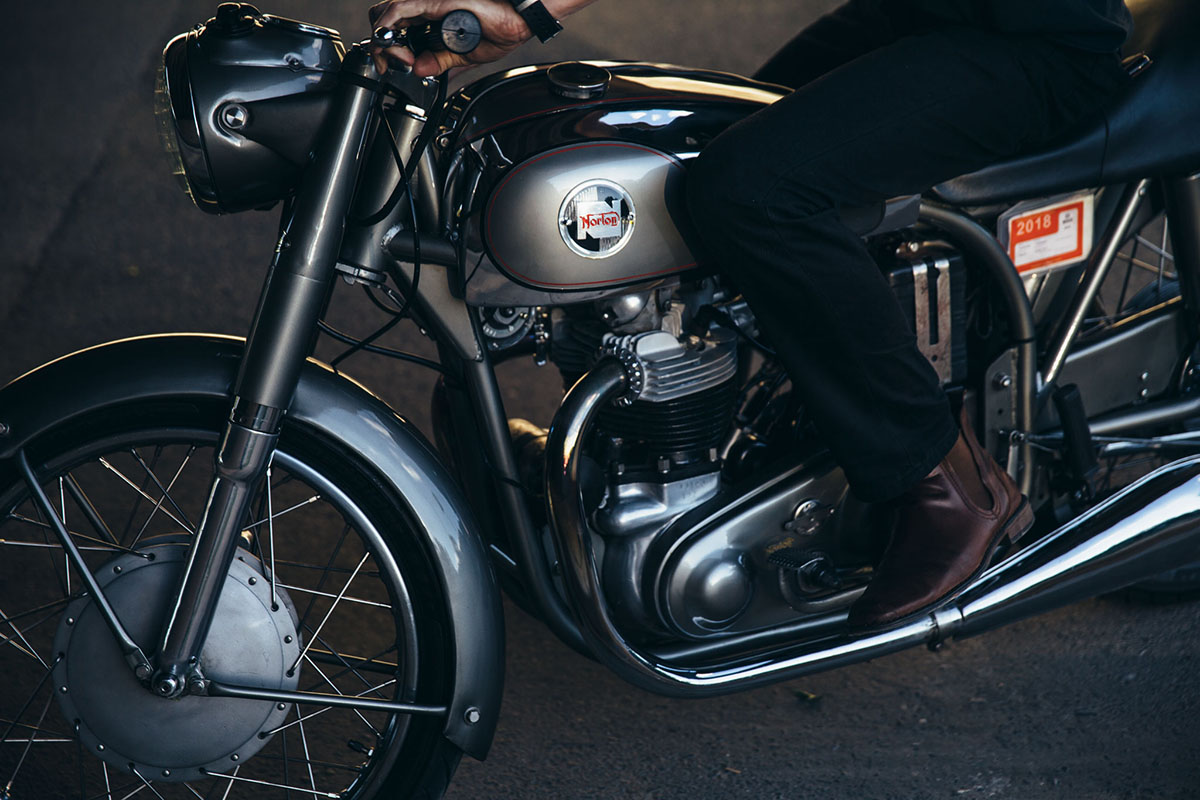 “Every time I walk into the shed, I’m drawn to this bike – is a magnet. I can’t help but stare at it. Riding it brings so much joy especially when I can keep up, but even by myself it’s a joy. It loves the short corners and other riders are often surprised at the handling it provides. Care and effort don’t cut it; you need to be obsessed to keep her happy and willing to be ready to roll. Or maybe I’m just over protective. Probably the latter… “ 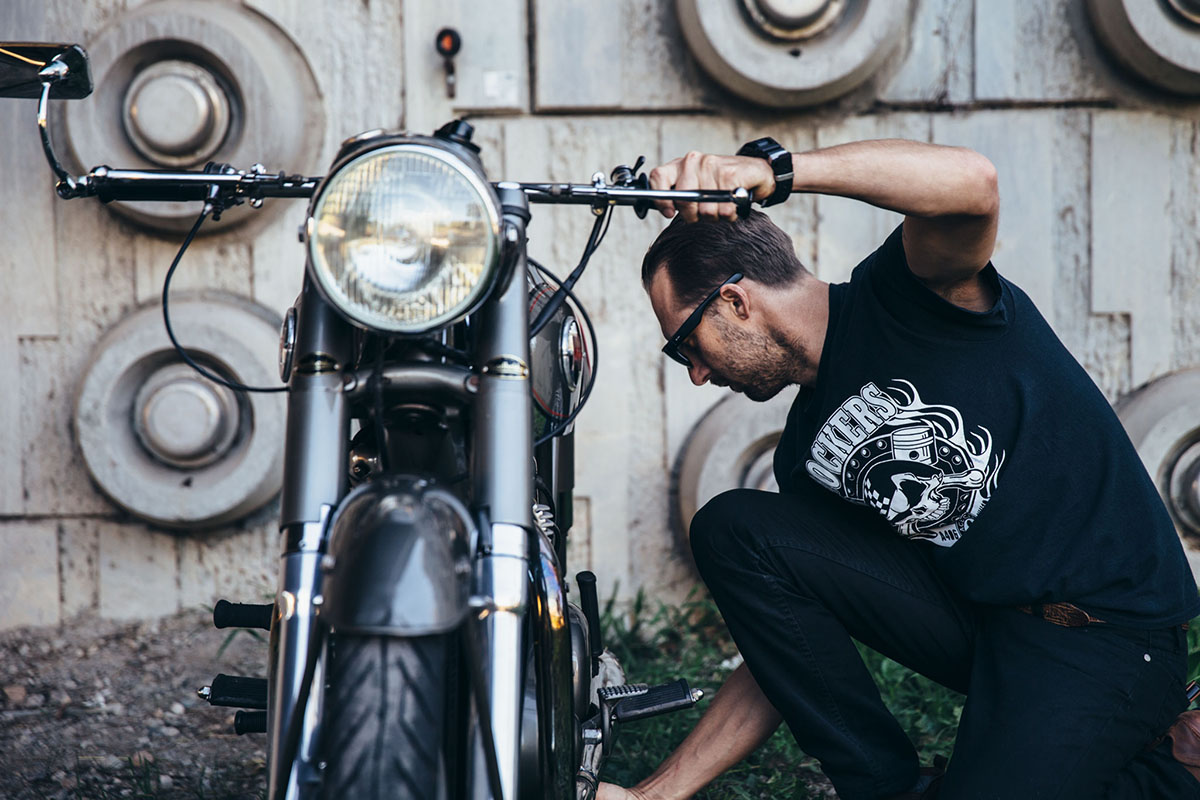 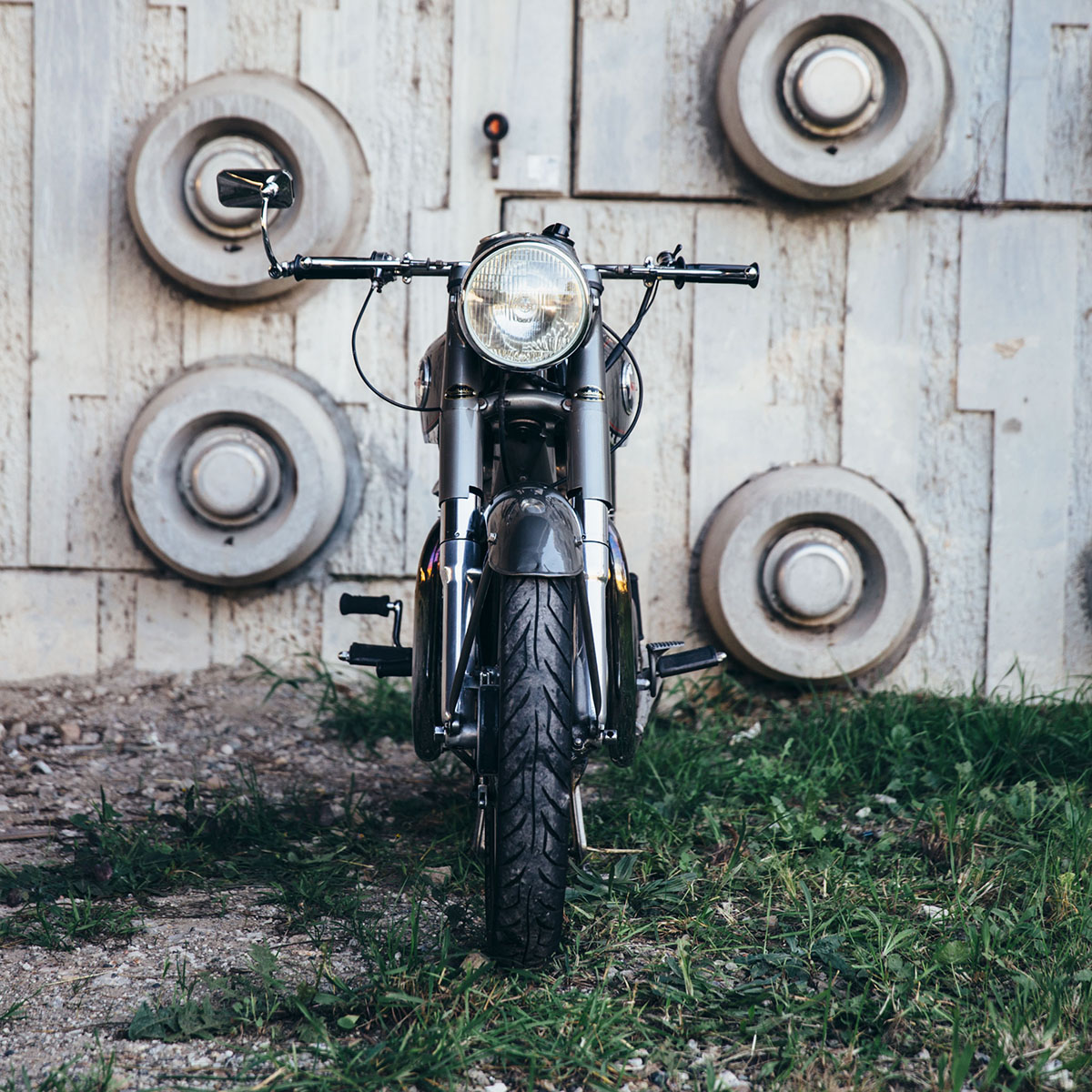 “I take her to events all around. We’ve headed north for the Frostbike Rally, and south for The Machine Show. We do laps around Mac Pass, the national park and the old pacific highway being the usual Sunday fang.” 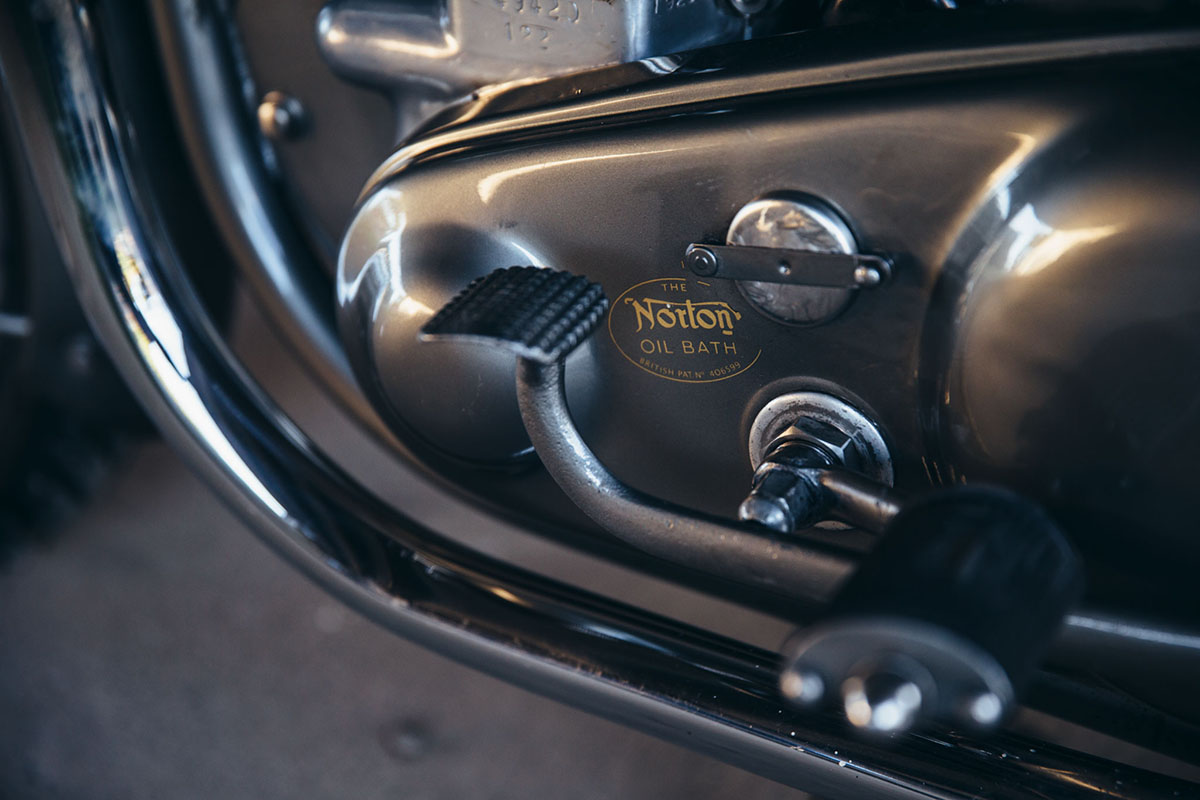 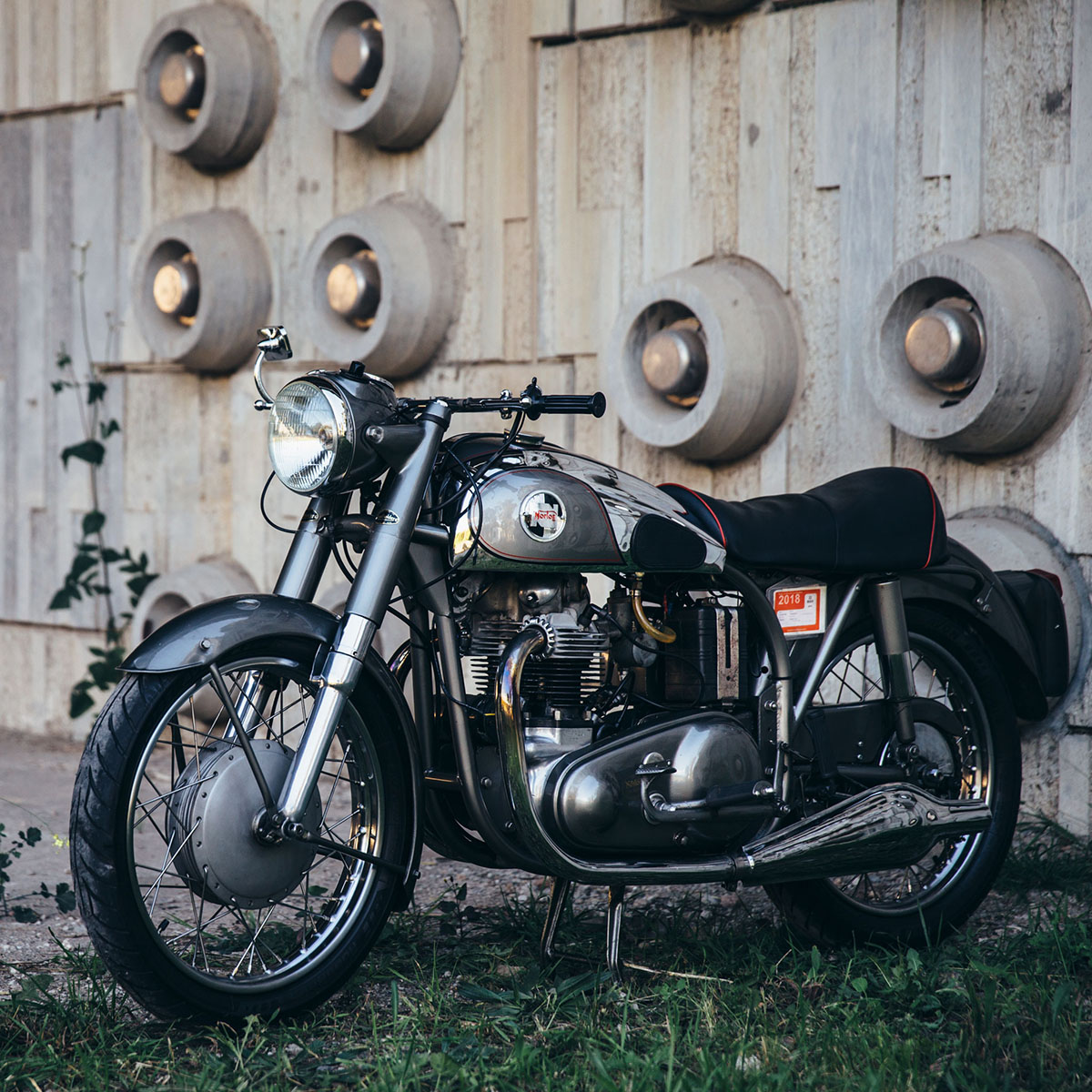 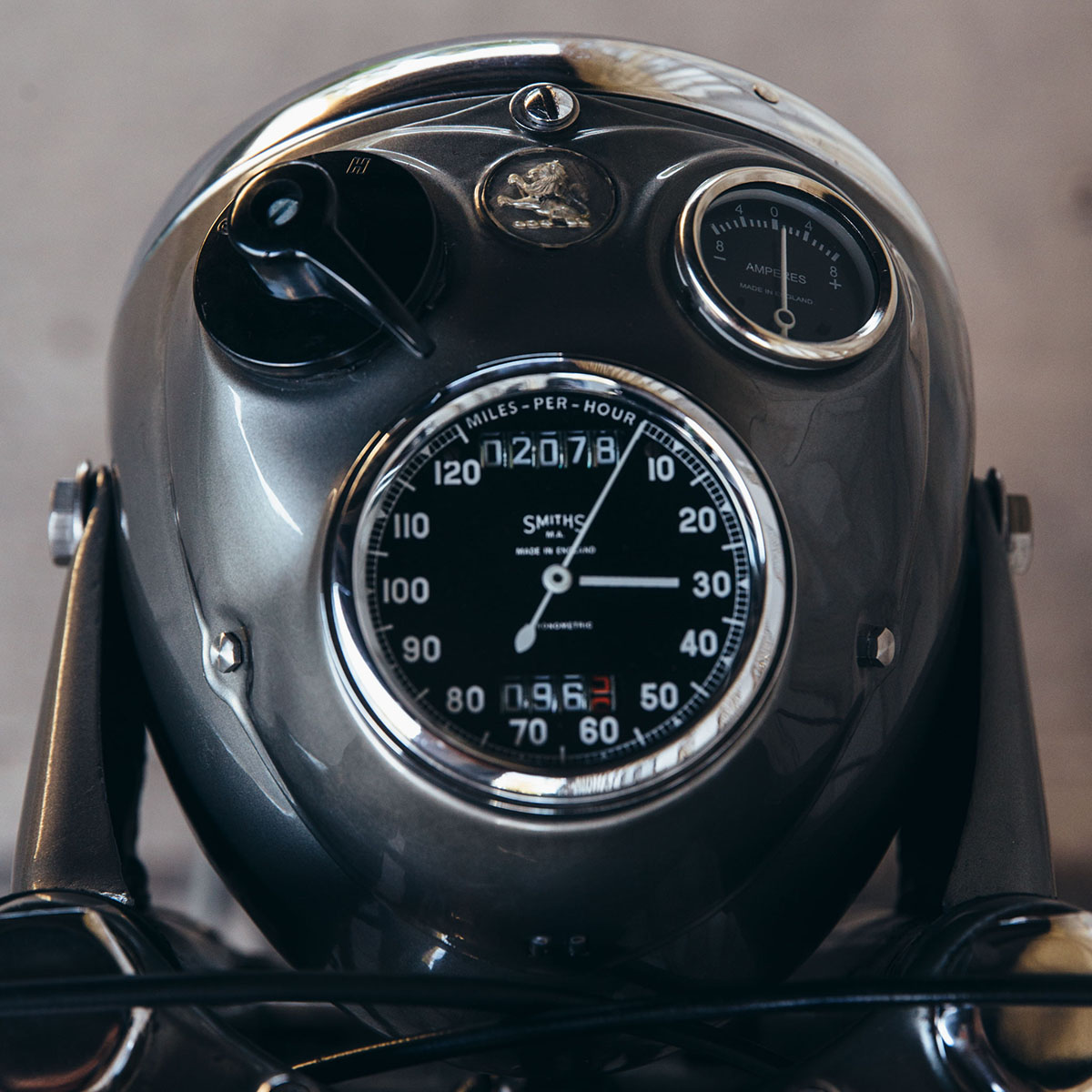 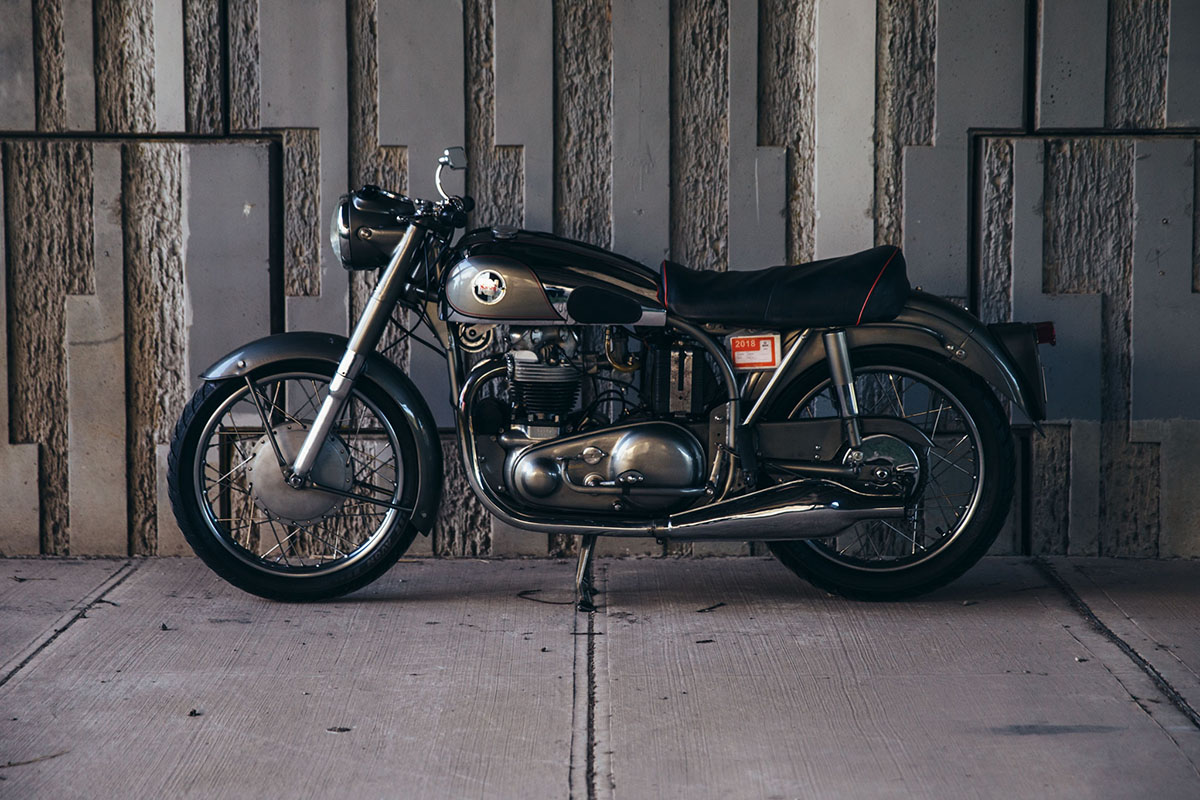 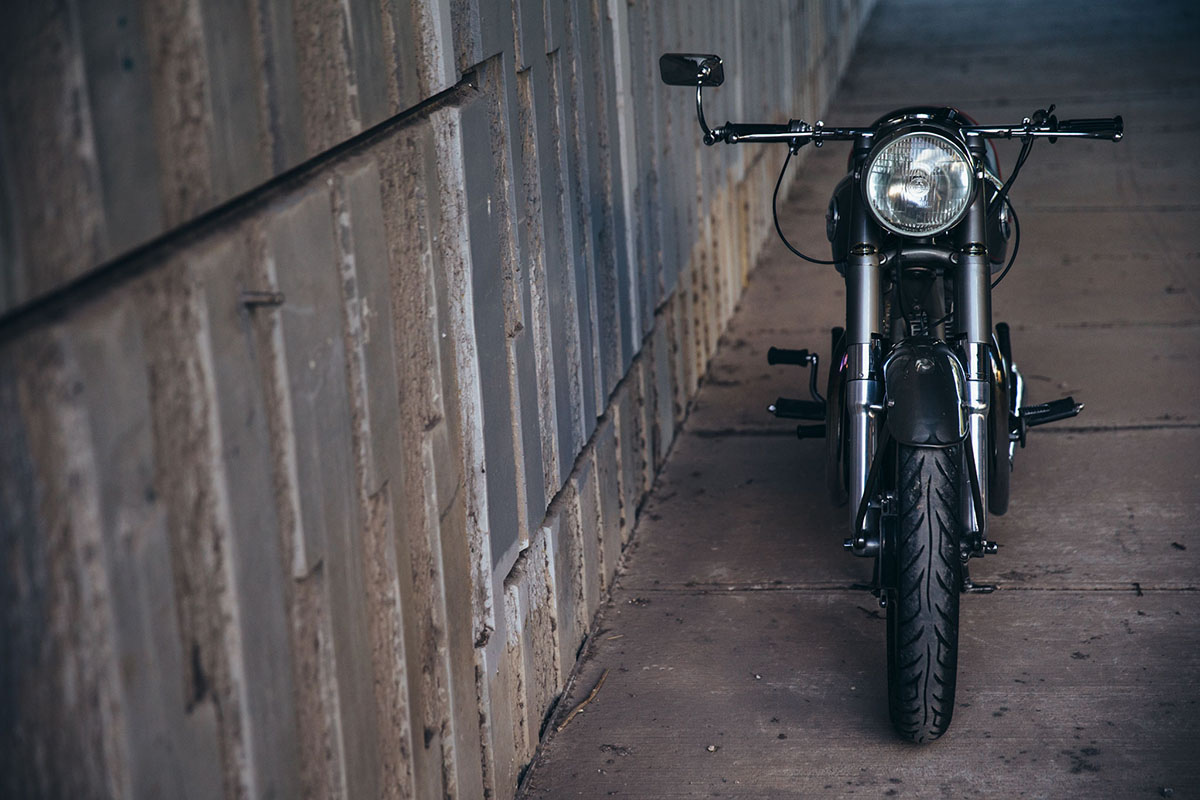 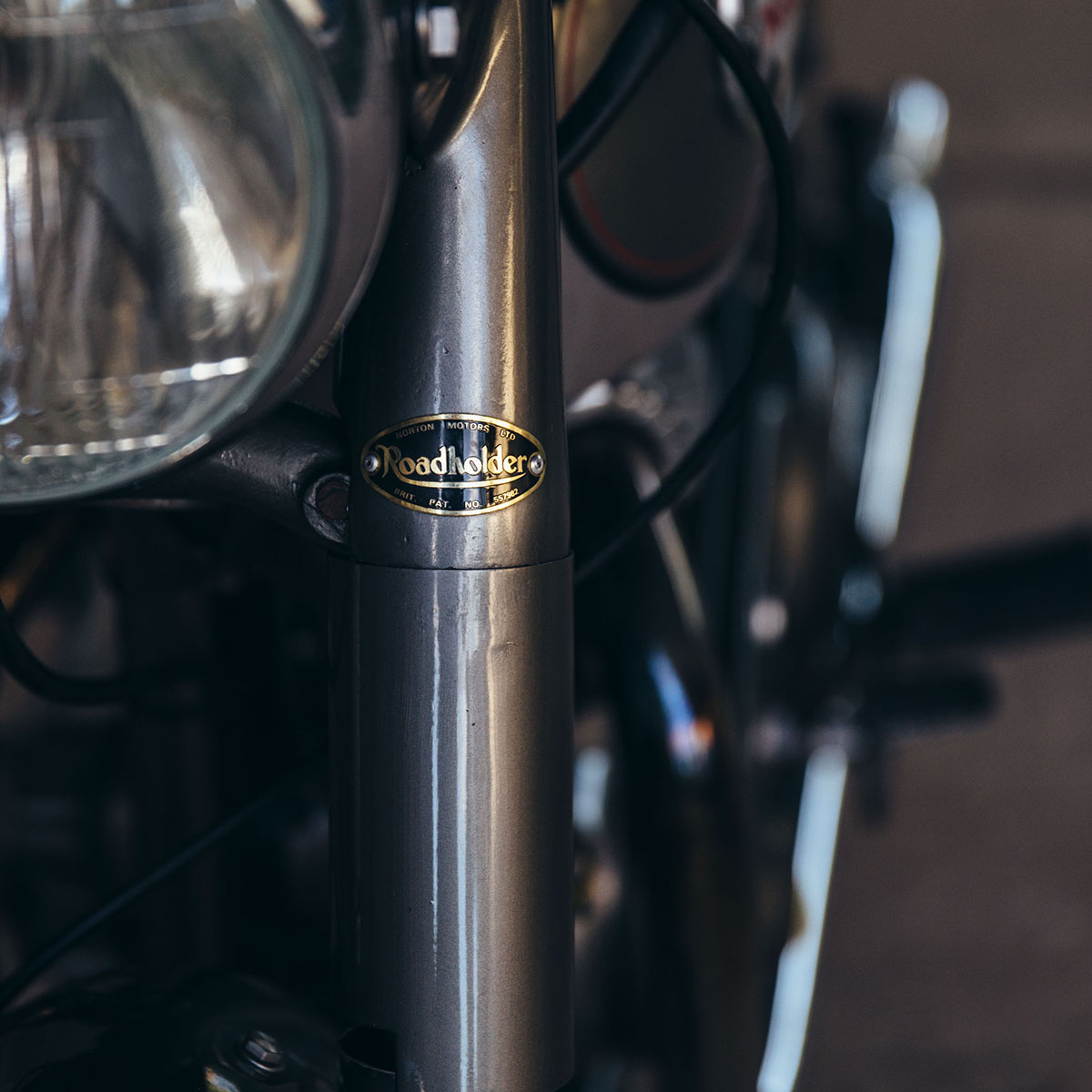 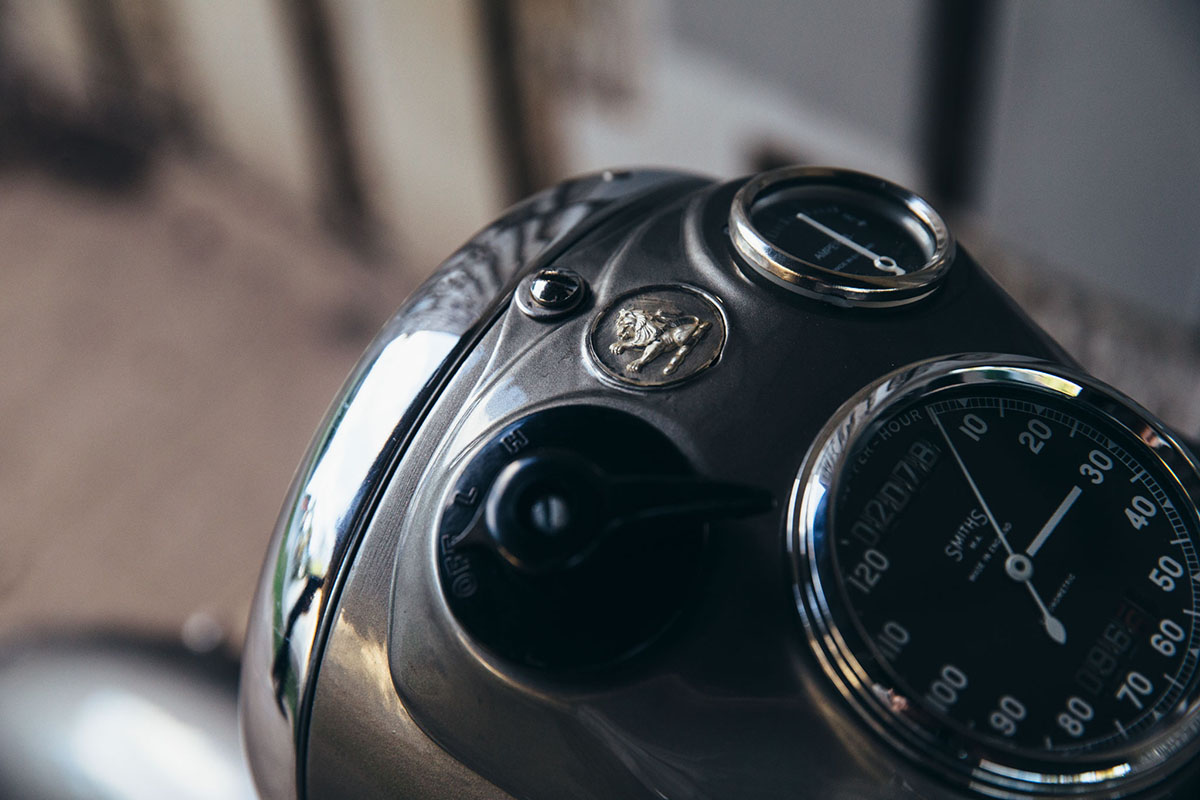 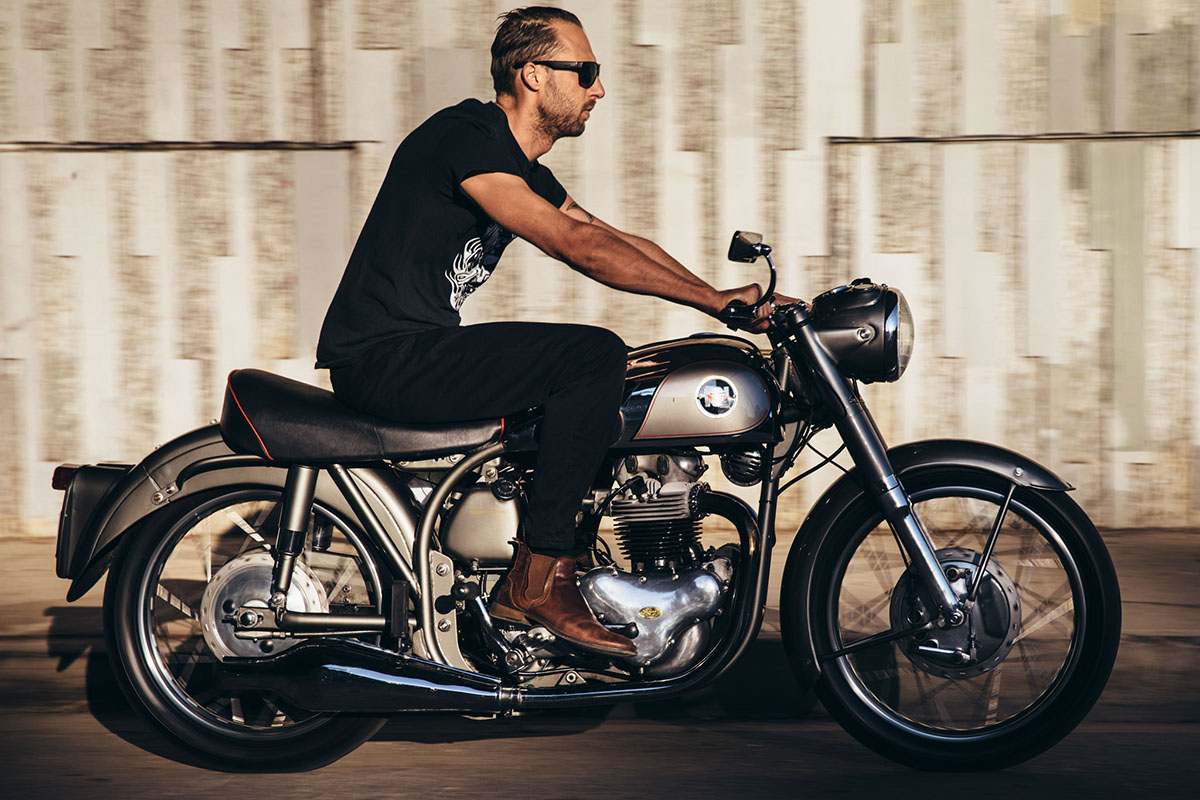