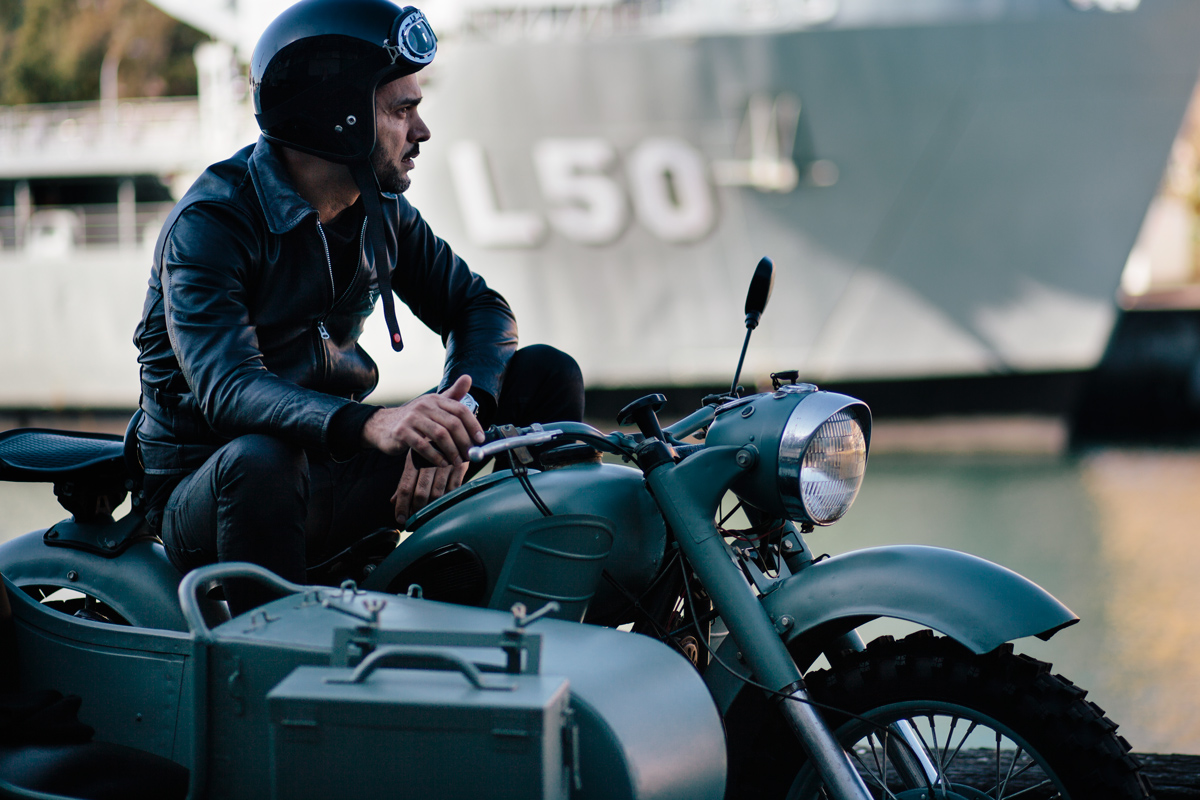 After seeing the film ‘The World’s Fastest Indian‘, Sergio was so excited and filled with inspiration that he was up at 2am trawling the Internet for his own salt flat racer… yet somehow ended up with an old Russian sidecar.

While redesigning and building his first car at the age of 21, Sergio needed some other wheels to tide him over for transport. Enter the motorcycle. Sergio’s first steps into the motorbike world weren’t as solid as he hoped however, after being hit by a car which flung him all too close to an oncoming truck. His licence expired whilst he was in recovery, and it would be many years later until he jumped on two (or three) wheels again. “I always had the passion to get back on the road with nothing but an engine between my legs but unfortunately it was always pushed back on the priority list”

With his passion for motorcycles renewed after watching ‘The World’s Fastest Indian’, Sergio came across this old Soviet KMZ 750K. But buying simply one wasn’t enough, and so Soviet Classics was born. 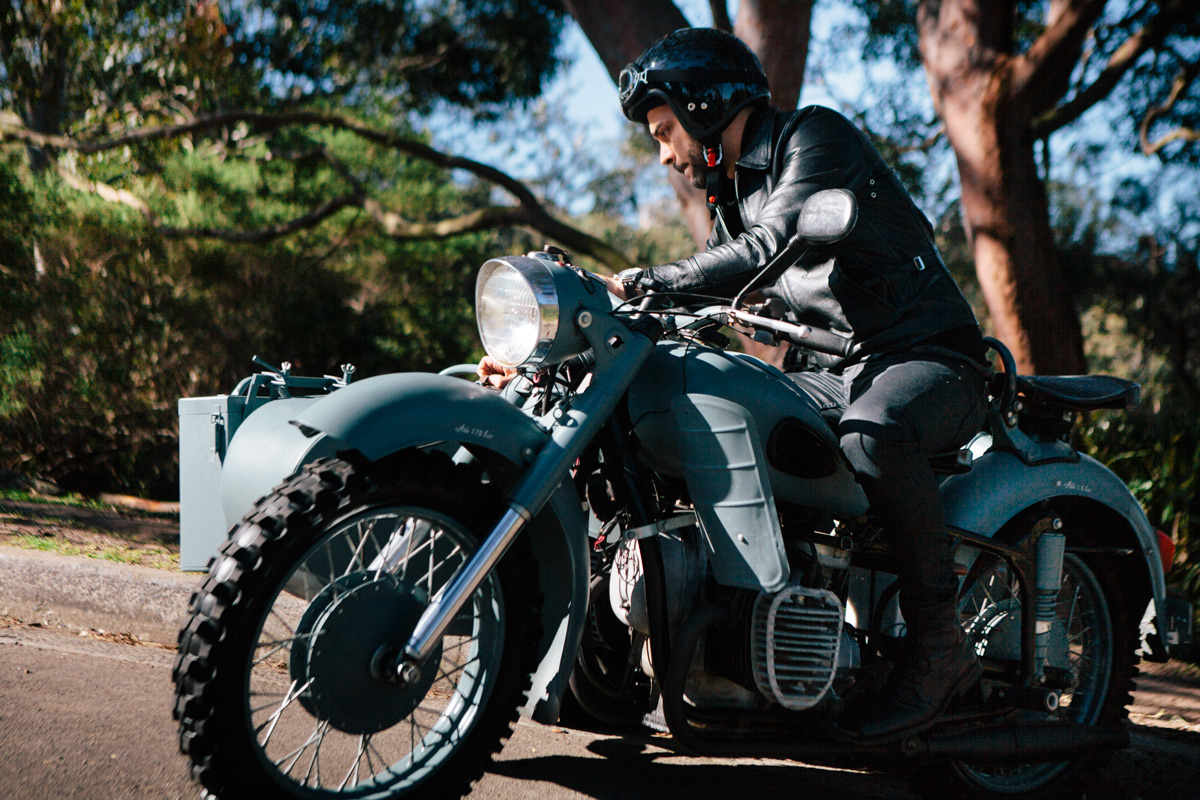 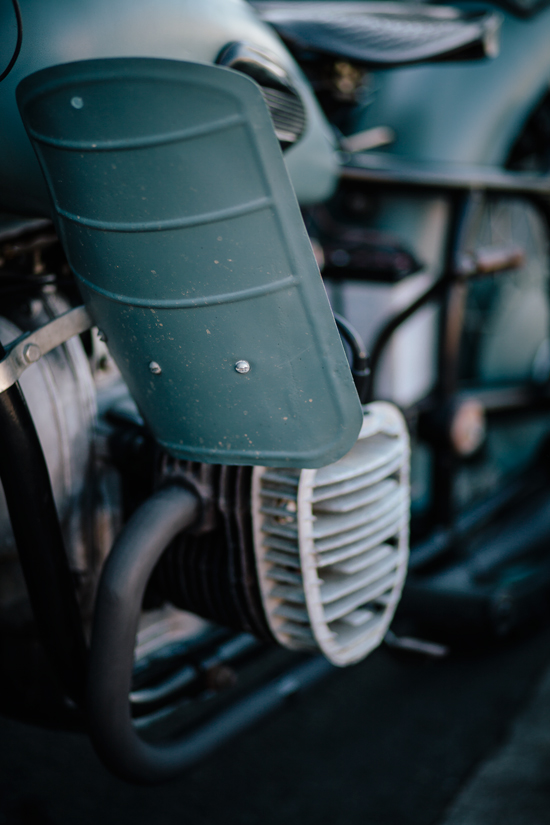 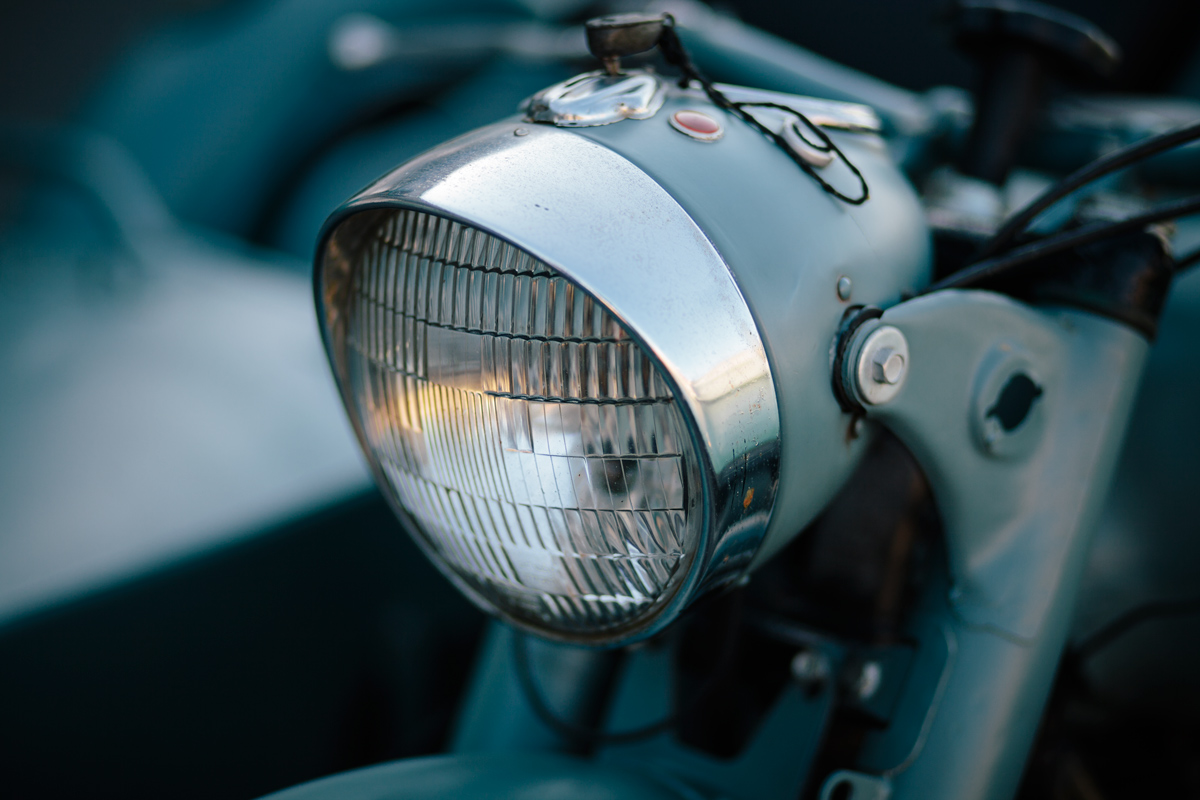 “The bikes were in Russia and in disrepair. The logistics of buying a bike over the Internet scared me, but also excited me… but nevertheless these bikes were something different to the everyday motorcycle around Sydney. So I ventured into going ahead with the purchase and then went on to find someone overseas to restore the bike. I came across many dodgy characters, but amazingly I was led to the army in Poland through a trail of people, and plenty of thanks to Google translate.

I was finally introduced to Alex and David who were amazing and friendly, they offered to pick up the bike and carry out the restoration with every engine and body component being restored. This was diarised to me via the net regularly, they now handle most my offshore restorations and any aesthetic modifications we handle here!”

“My background is architectural design, which I still do, but I love having irons in different fires as I do get bored easily, so “Soviet Classics” is an exciting part of my company as we get to use our design elements on motorcycles rather than just buildings and interiors, it’s something that can be appreciated by many while riding the streets of Sydney or meeting at different events like the annual DGR or a weekly catch up.

Currently we are working on a number of things under the “Soviet Classics” brand that involves many exciting new doors for us, which will be revealed in the coming months, but one that I can disclose and I am very excited about is our next build, which will be what I call the “Soviet ‘rat’ Classic” this will be one build that is completely different to this current bike”

Riding with this kind of bike garners a huge amount of interest from people in the streets and surrounding cars. This interest is completely indiscriminate, from young kids to older folk, everyone seemed to crack a smile and stare as this old Soviet workhorse trundled through the streets. The bike will happily take to dirt and water as well, as seen in a previous article of ours.

“I love the old side valves for their appearance and coolness. Despite what is said about their reliability, I have actually found it quite the contrary and find them reliable and easy to work on. The sidecars are so much fun off road, great for camping when you’re not carrying passengers as you can fit one in the sidecar and one on the bike. Poland’s sidecar culture is to venture off road with their buckets exploring the countryside, something that is definitely a winner in my books” 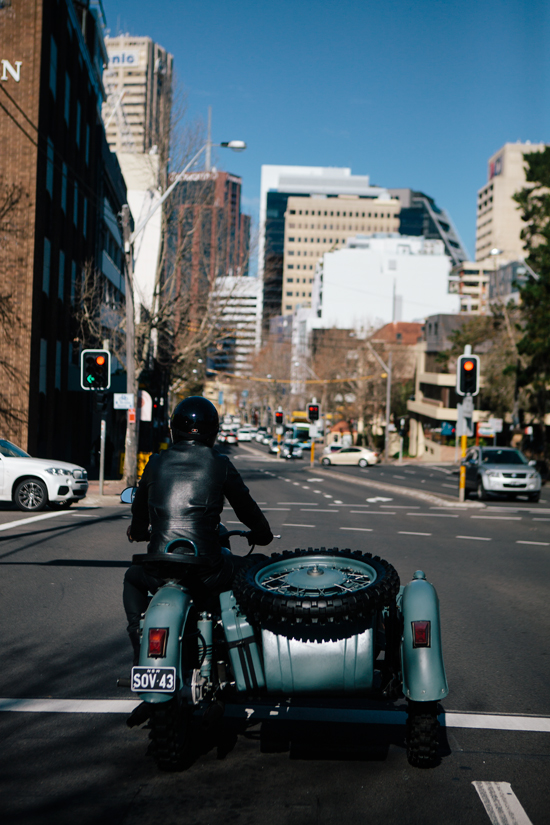 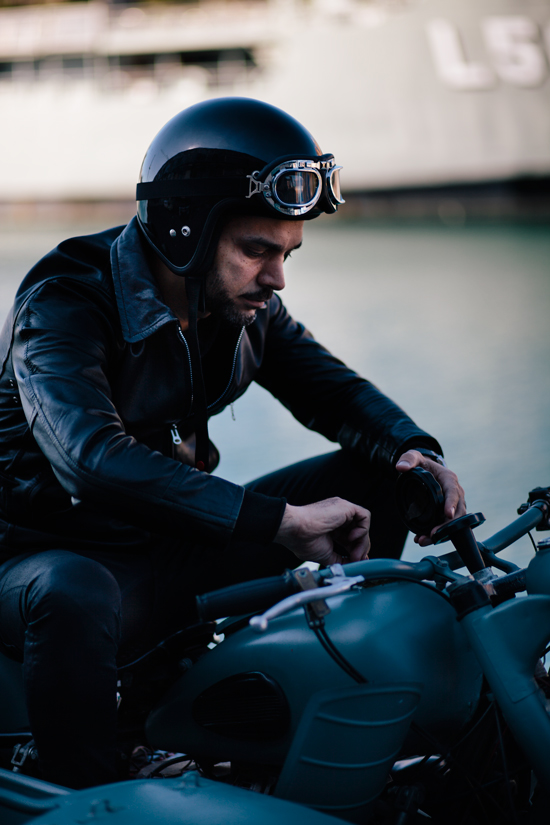 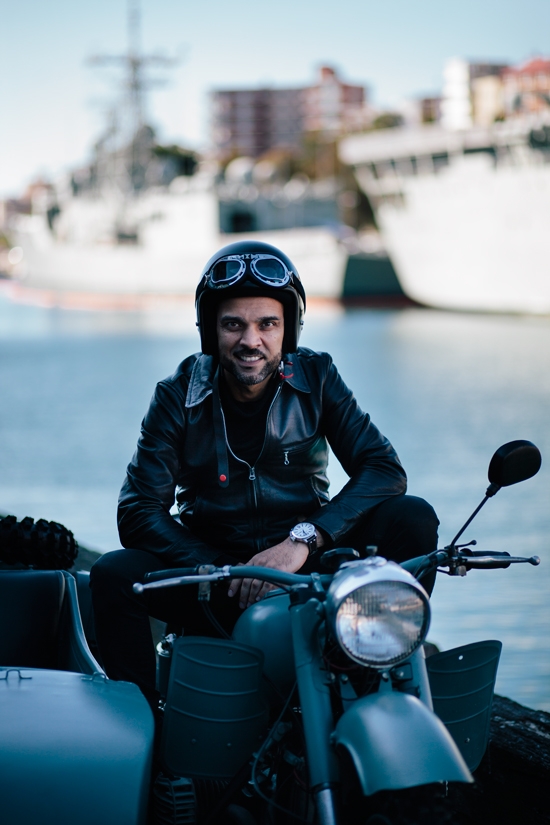 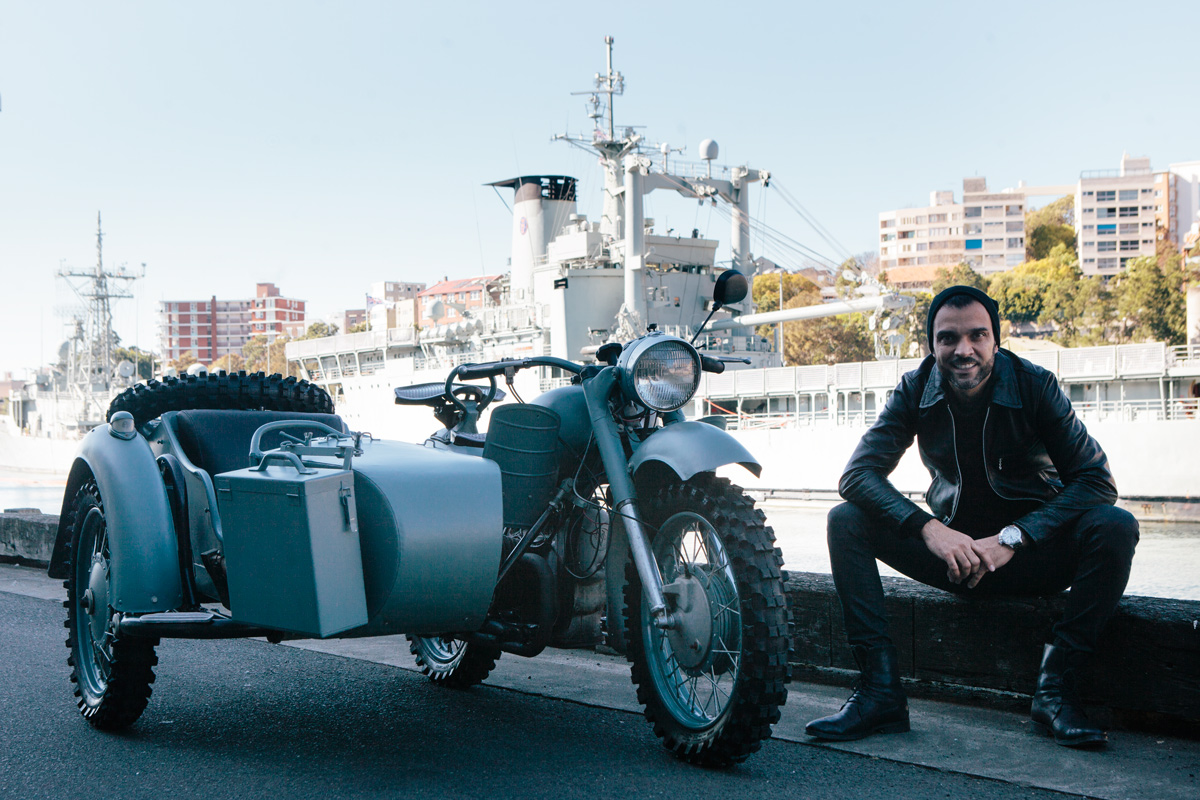 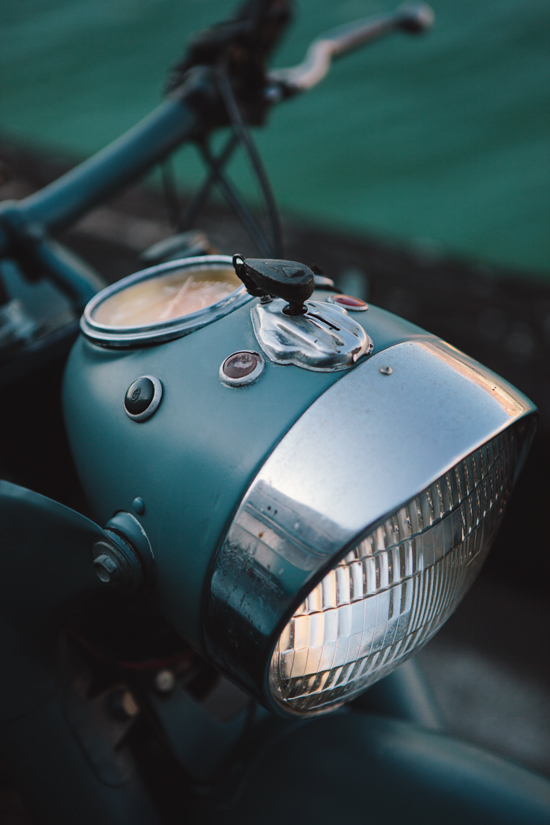 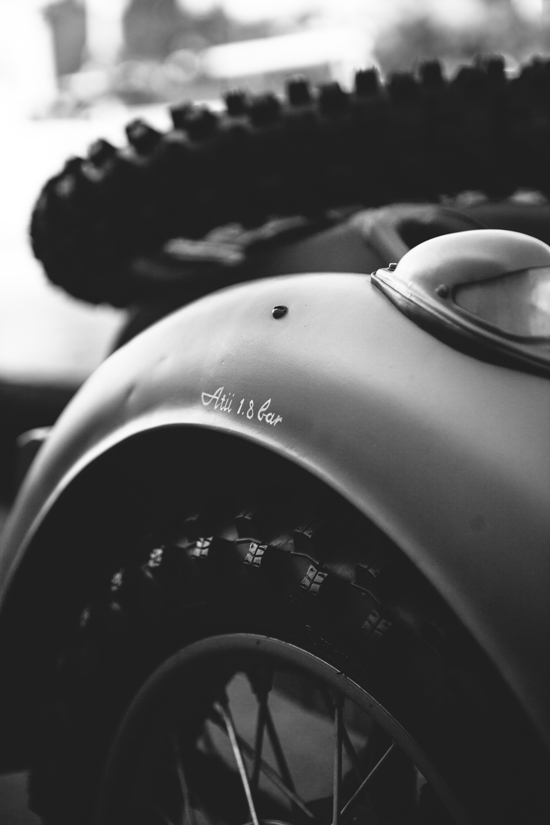 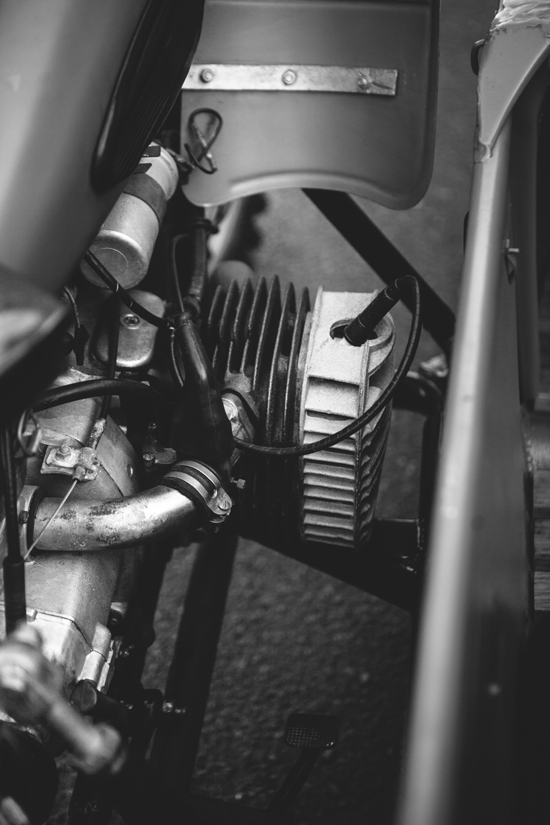 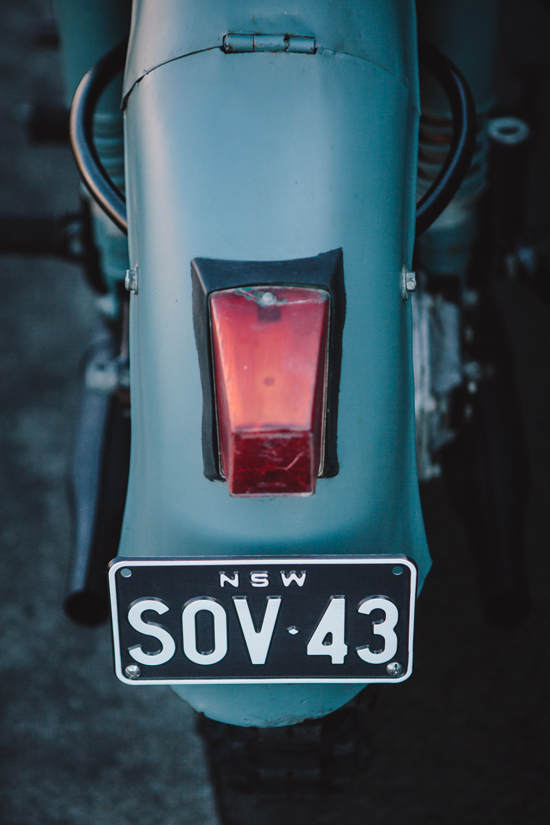 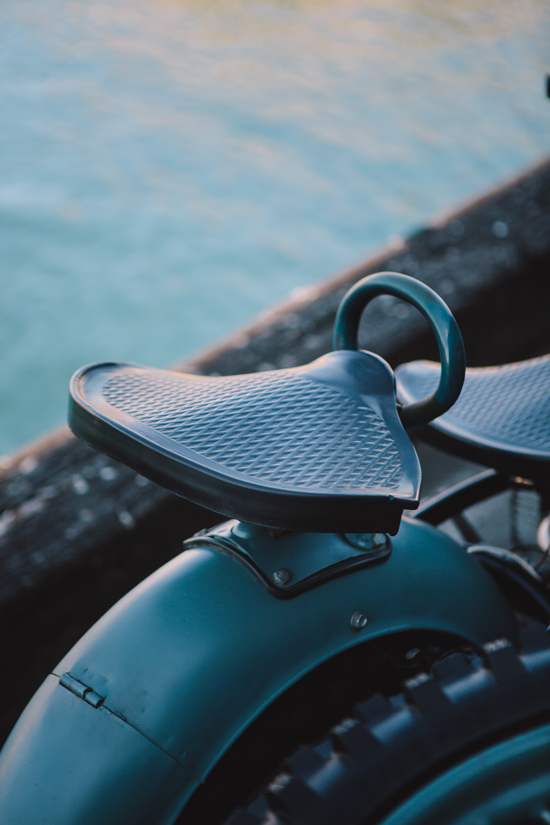 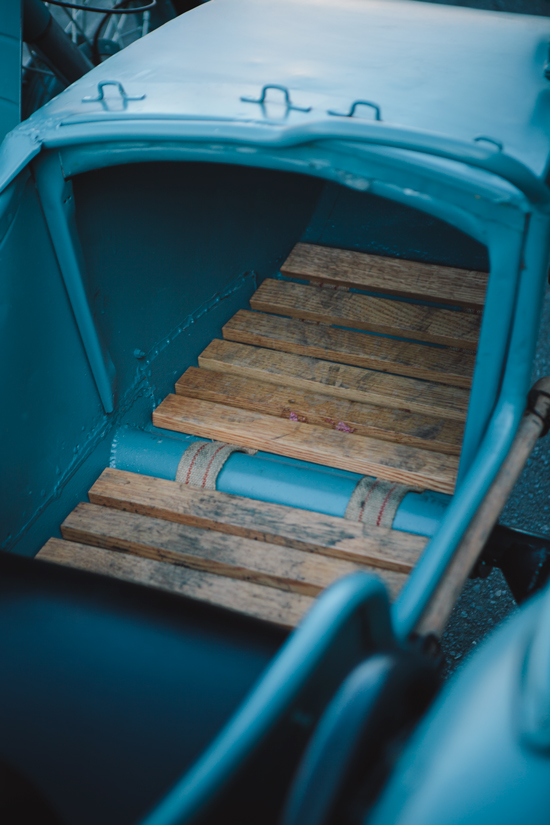 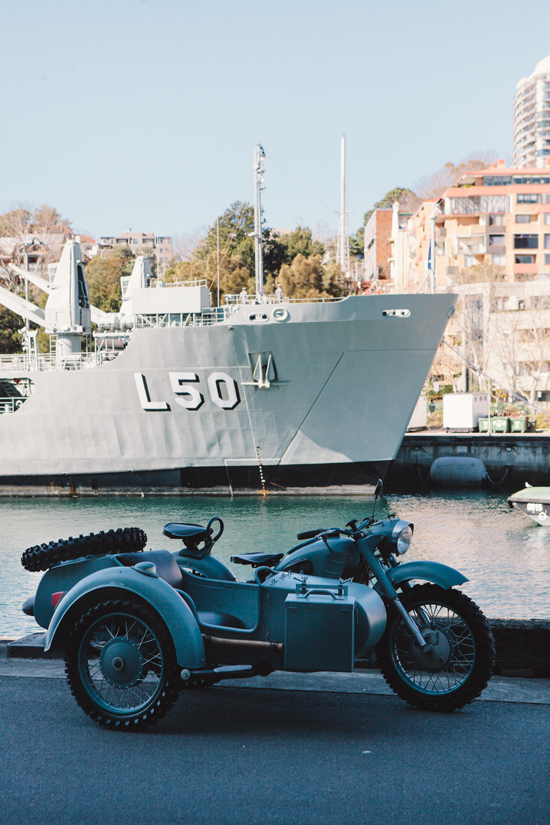 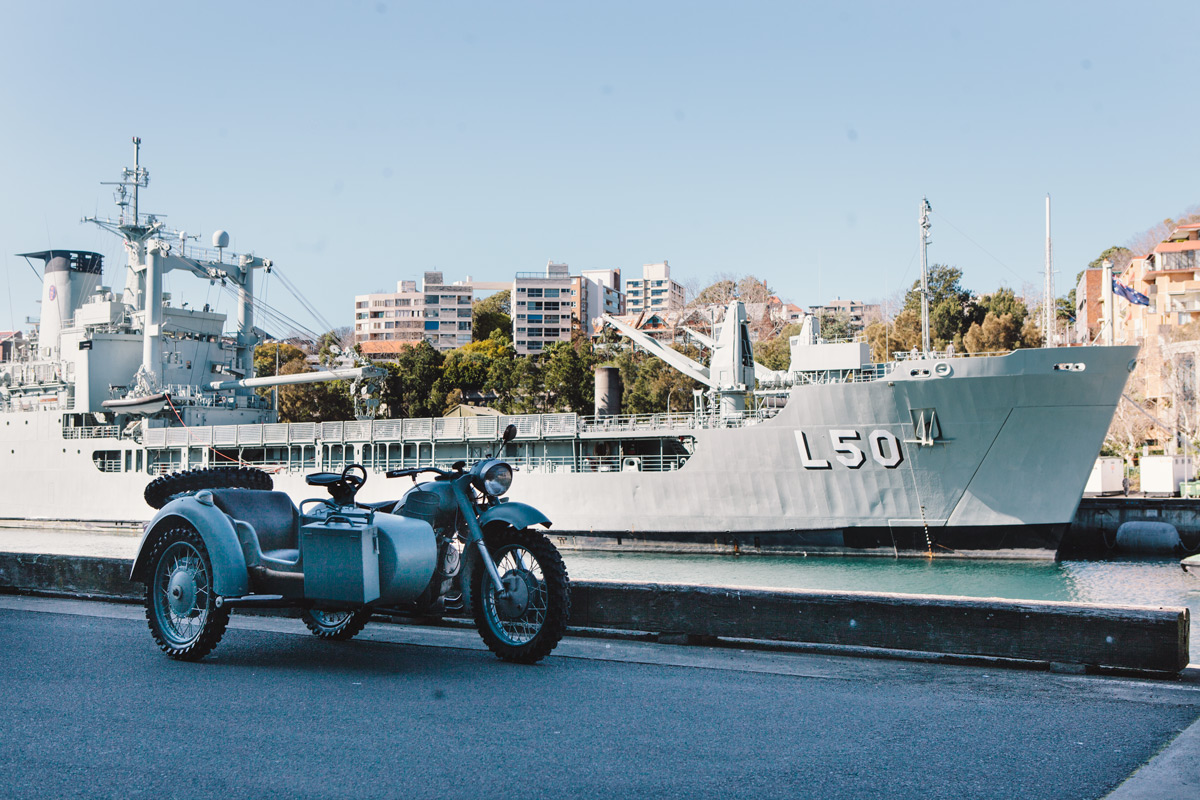 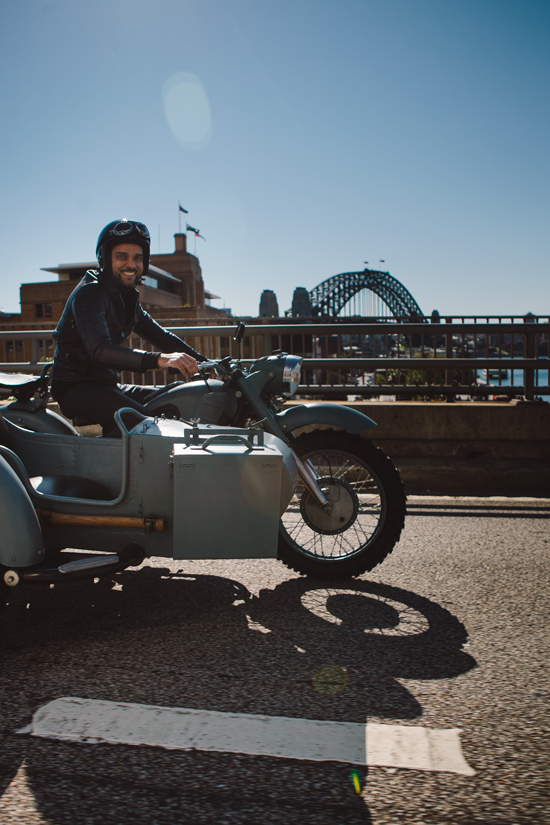 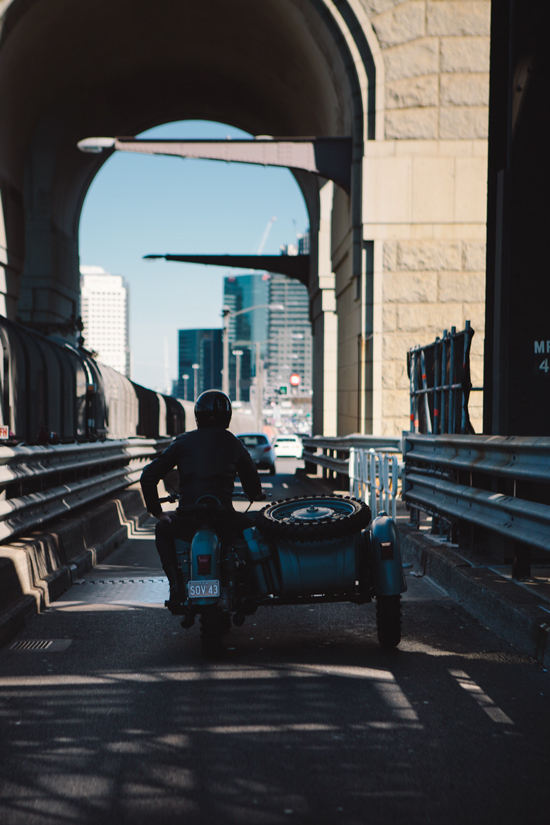 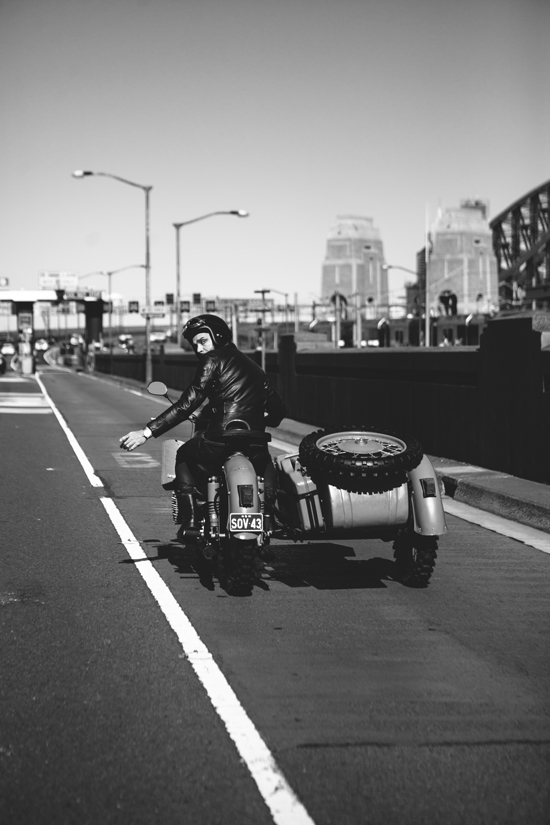 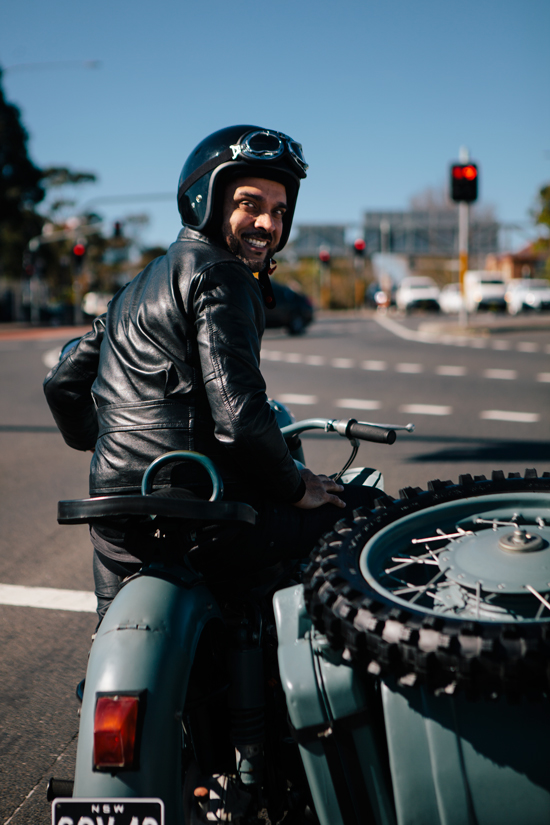 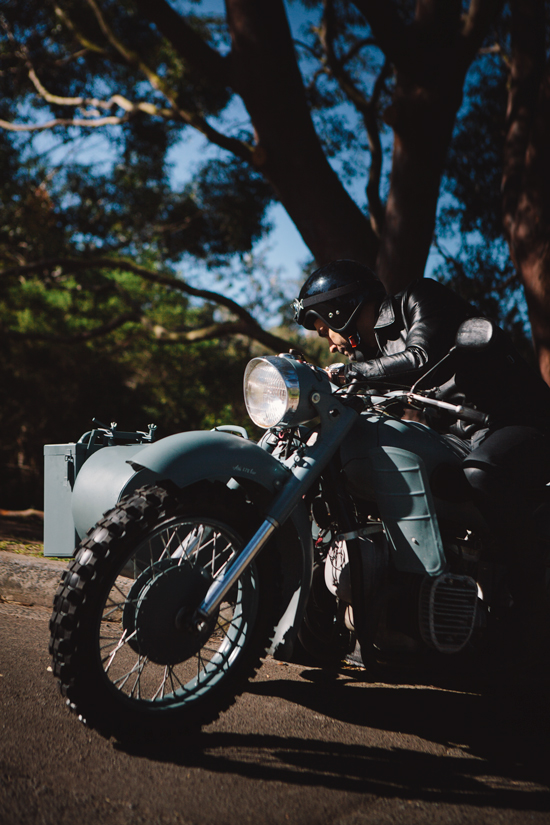 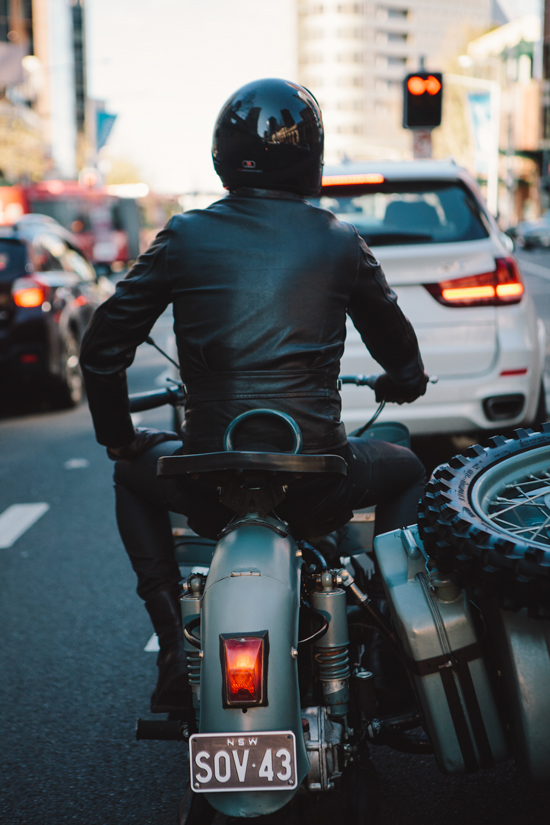